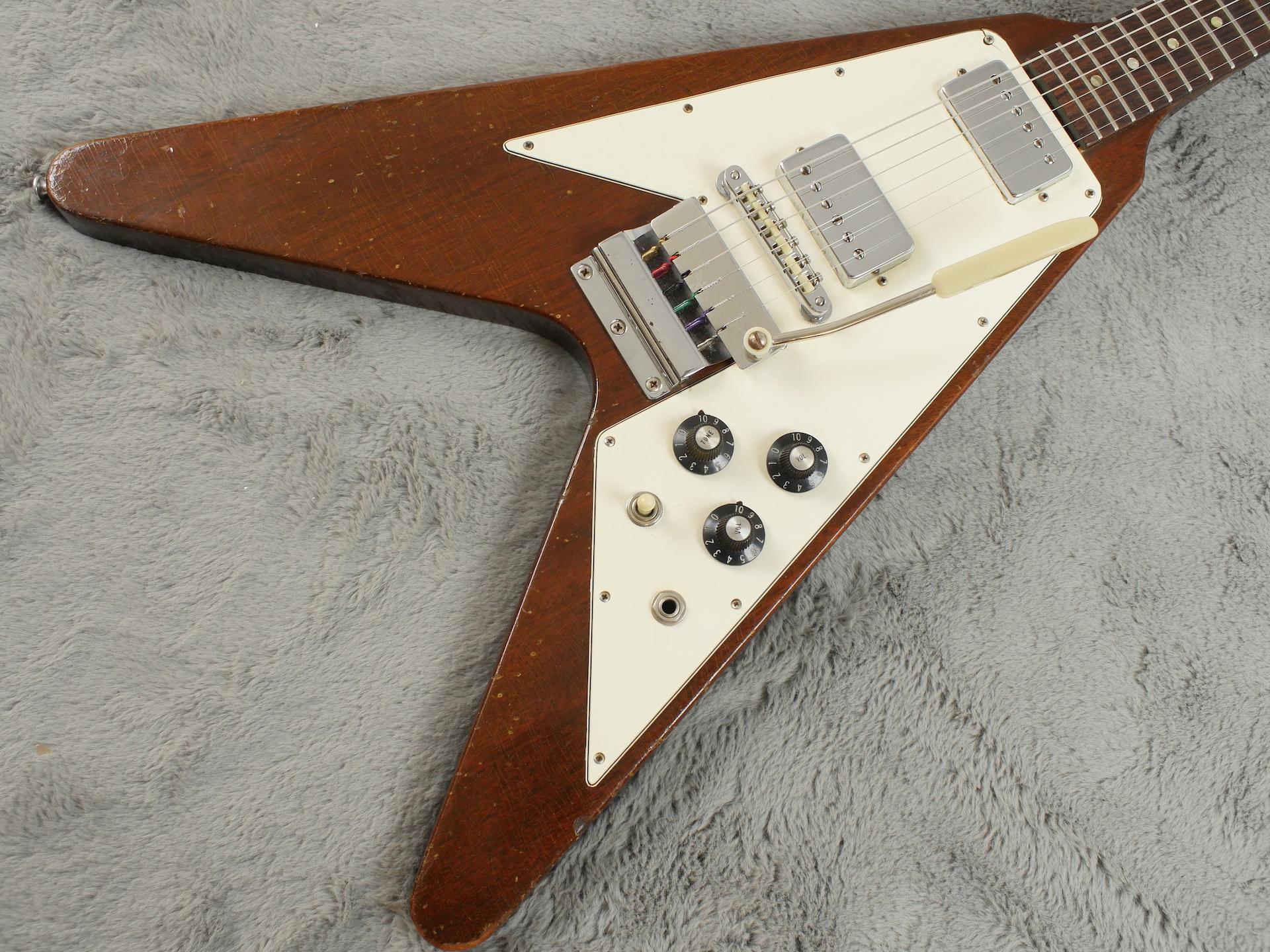 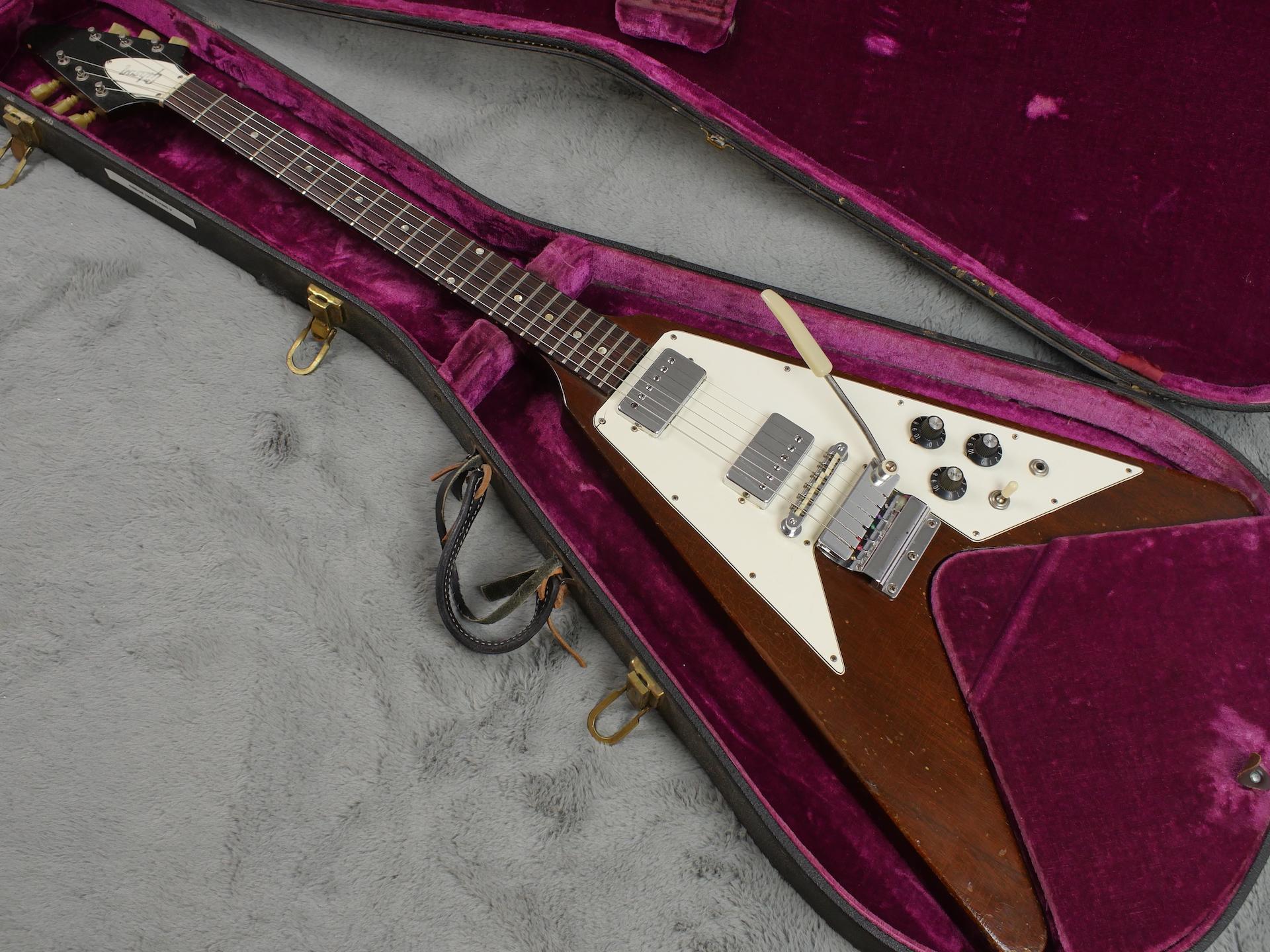 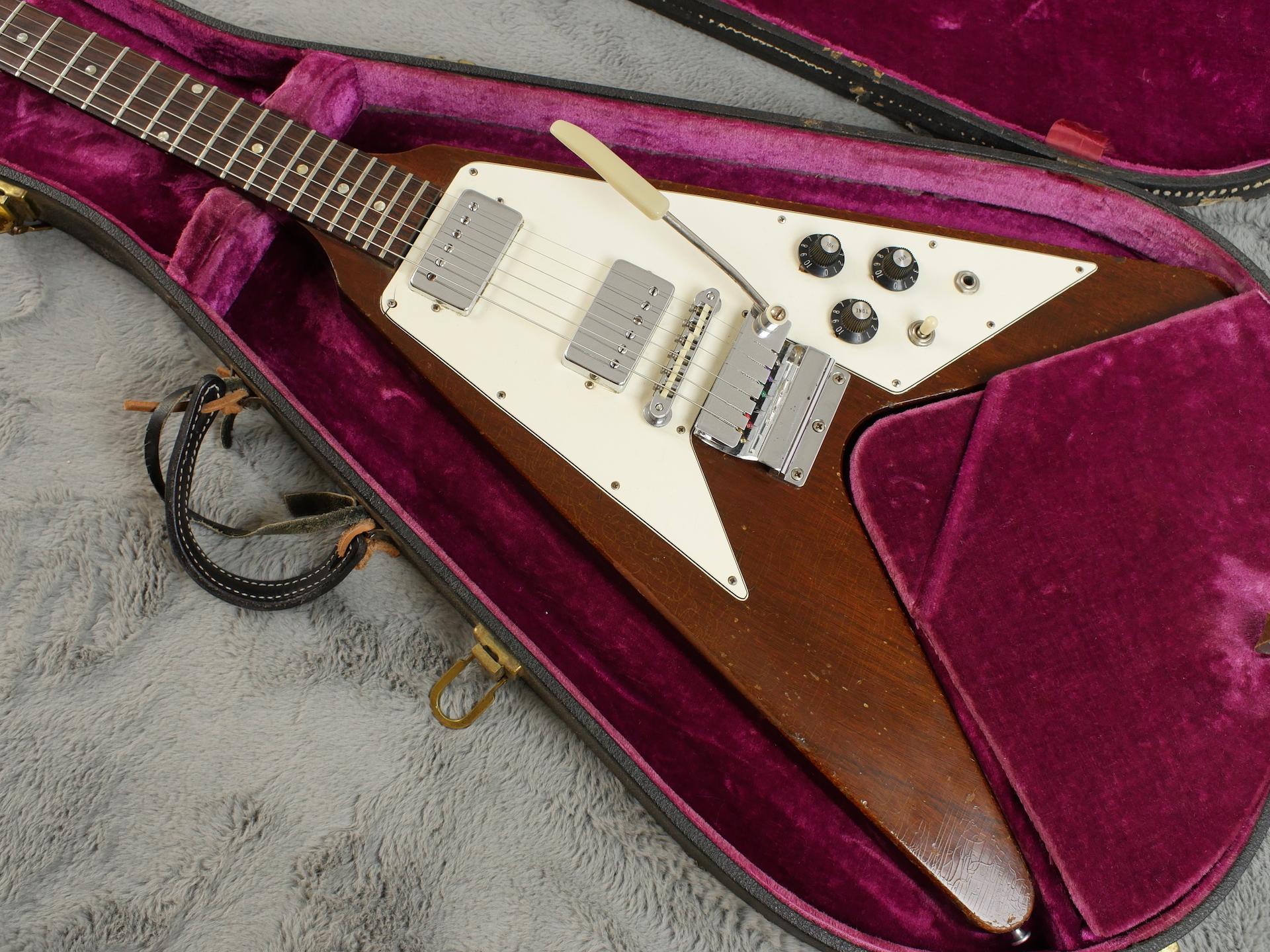 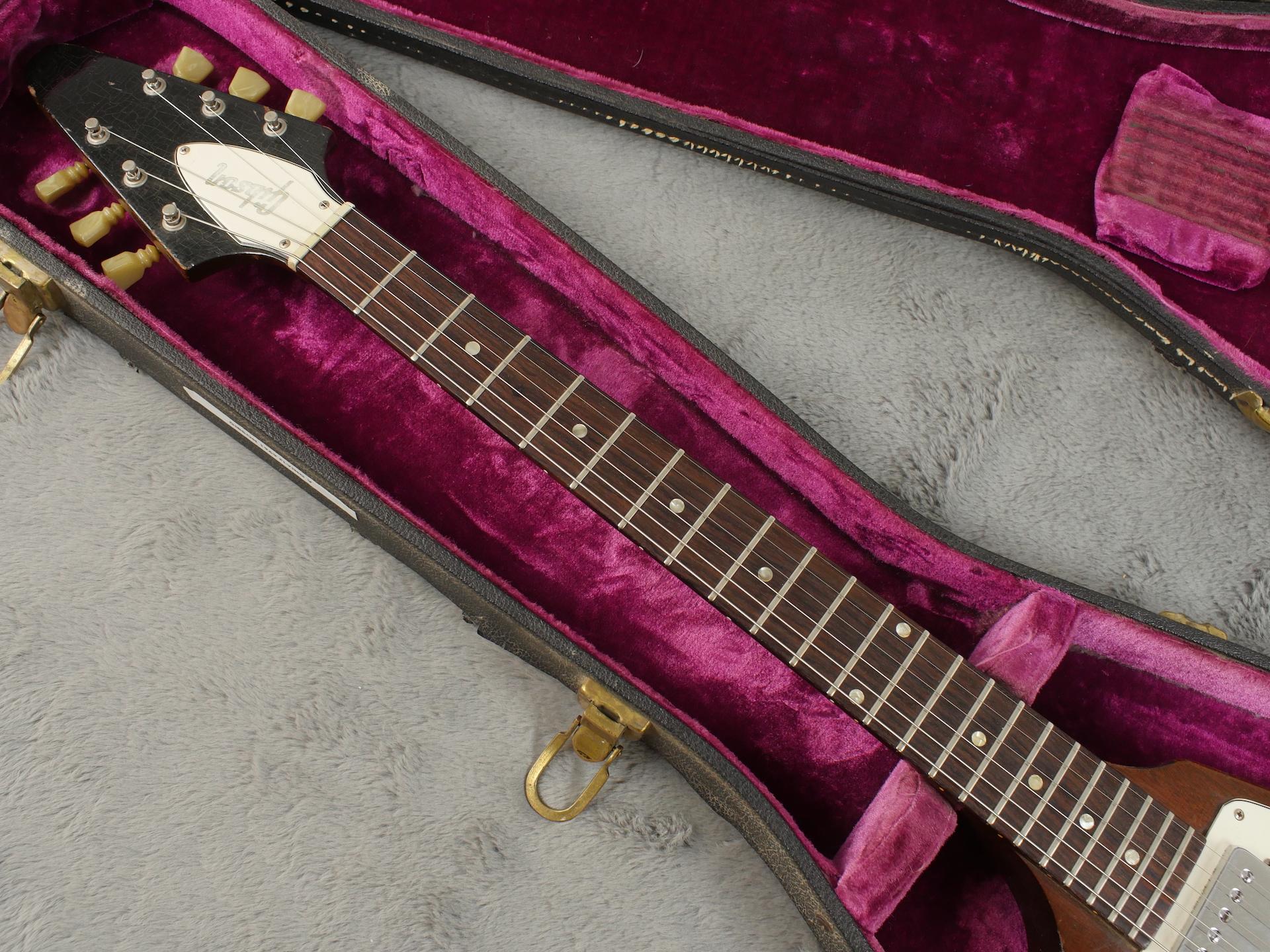 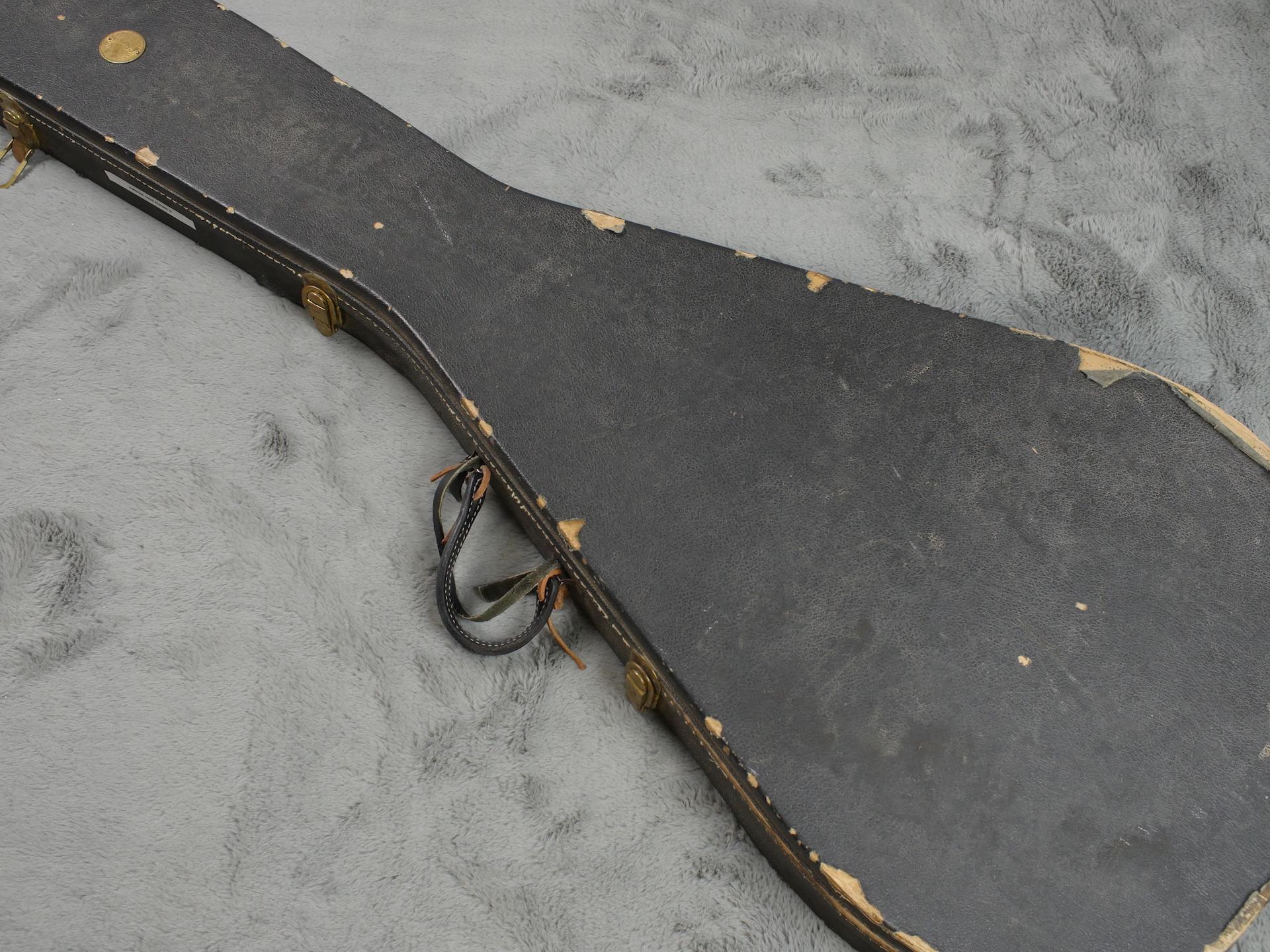 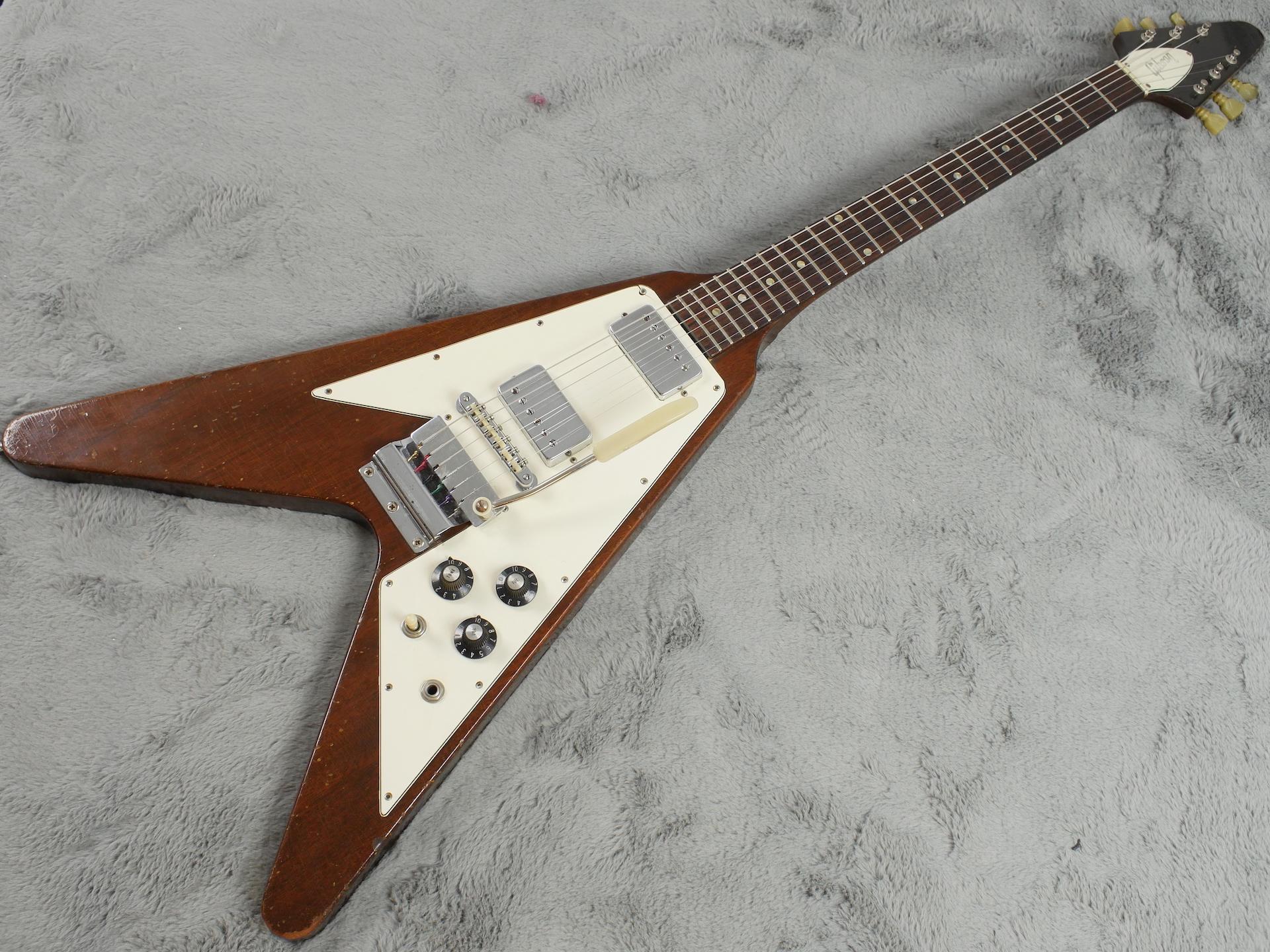 This is a pretty rare bird. Out of the entire run of 175 Gibson Flying V’s made in the late 60’s just 37 were known to be made in walnut: 35 from the last batch 5 and 2 from other batches… Leslie West had 2 of them, Marc Bolan had one, here is another and within just one sentence we have accounted for over 10% of the total made so you can imagine our excitement when we recently snapped up this beauty! 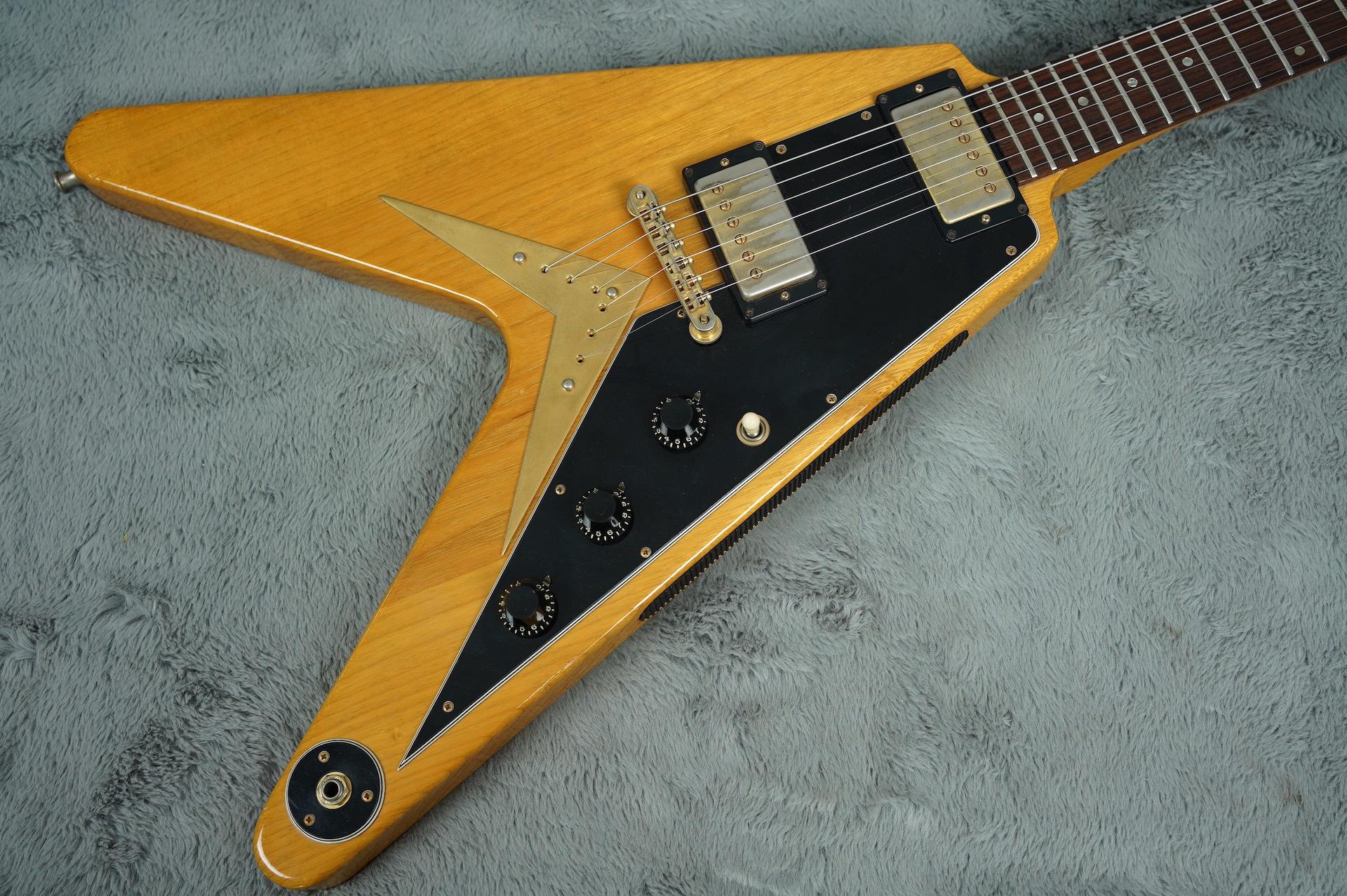 Did someone say Korina V? Yup, 1982 Korina body Gibson Flying V Heritage Series to be exact.Reissued in 1981, these guitars were ‘faithful’ reproducti...
$8,979.48
View details
Add to wishlistADD TO YOUR BAG 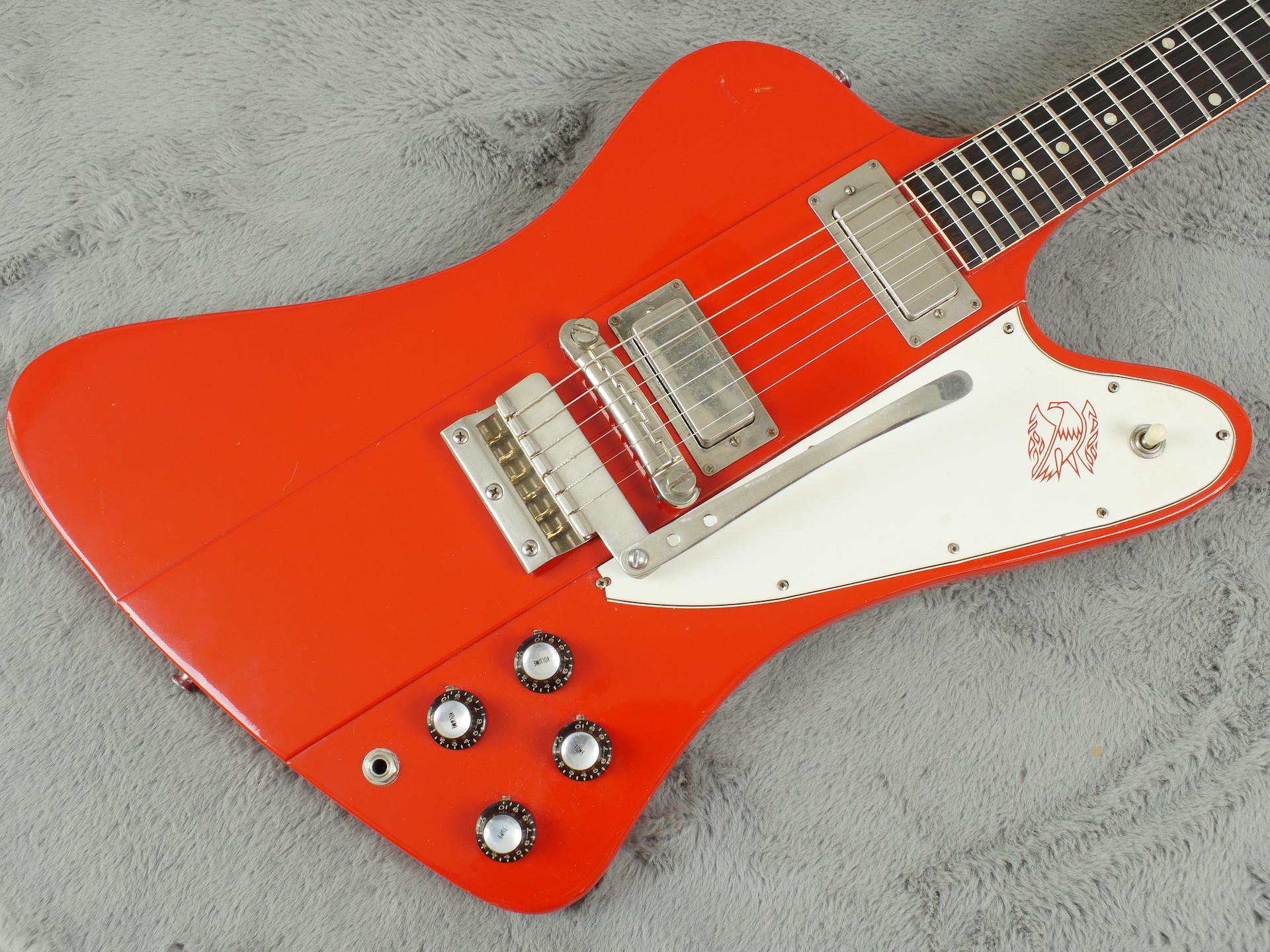 We’re sure you do not need to be reminded how rare Cardinal Red, Reverse Body, Gibson Firebirds are. This near MINT 1964, all correct example is also ...
$0.00
View details
Add to wishlistADD TO YOUR BAG 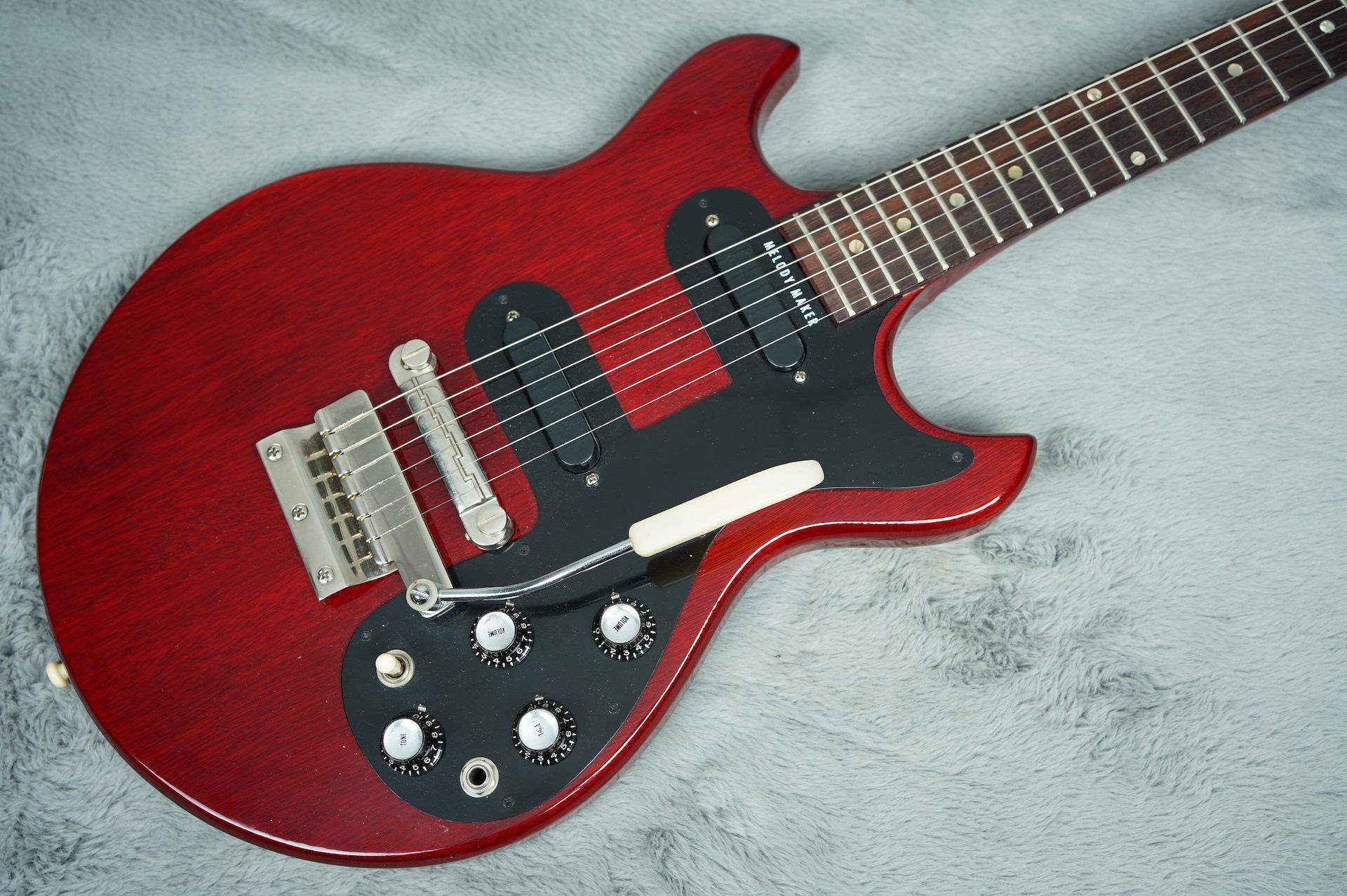 What have we here? A super tidy (in fact near enough Mint) 1965 Gibson Melody Maker in its original Cherry finish, and with original factory fitted vi...
$0.00
View details
Add to wishlistADD TO YOUR BAG 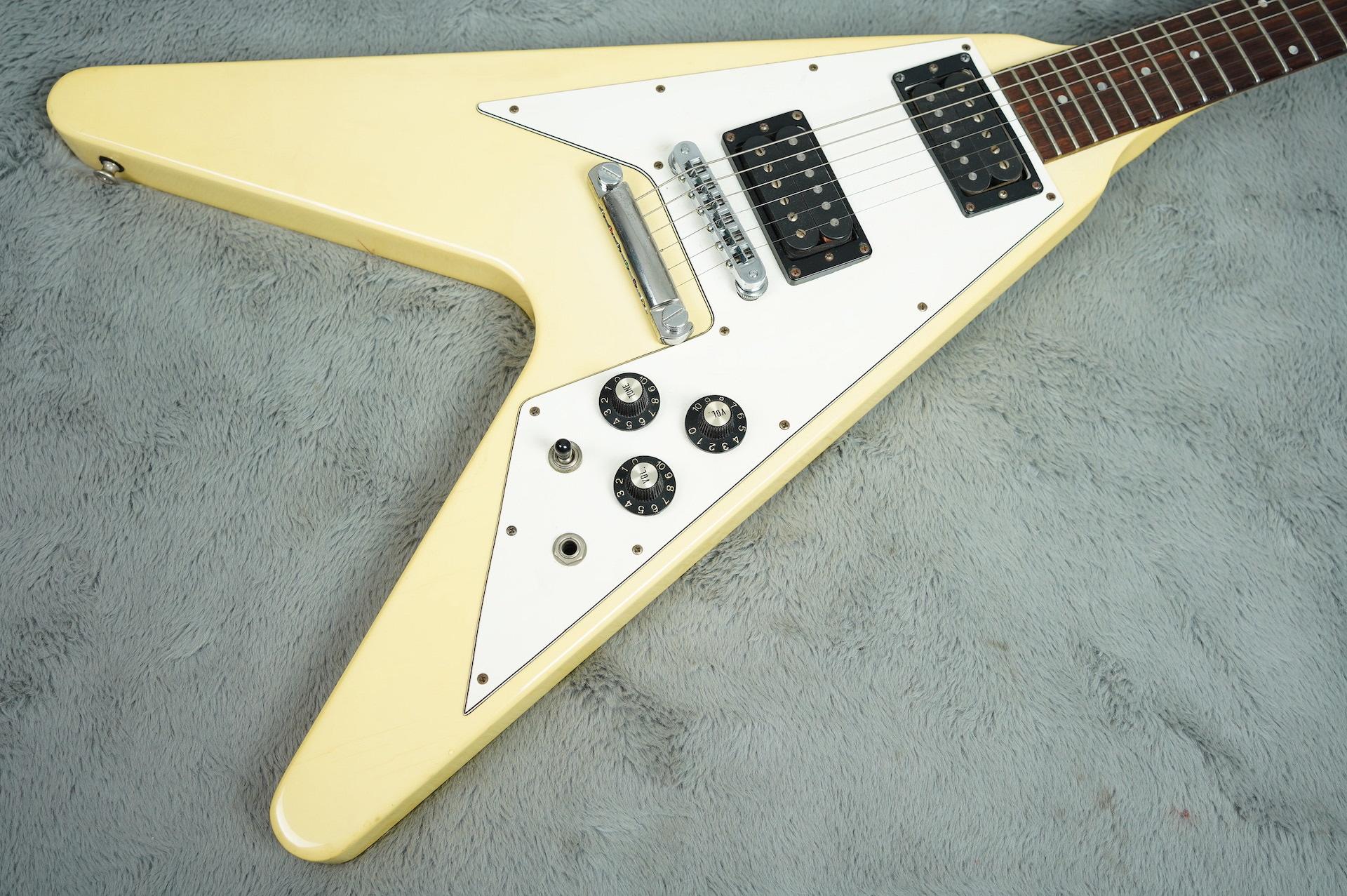 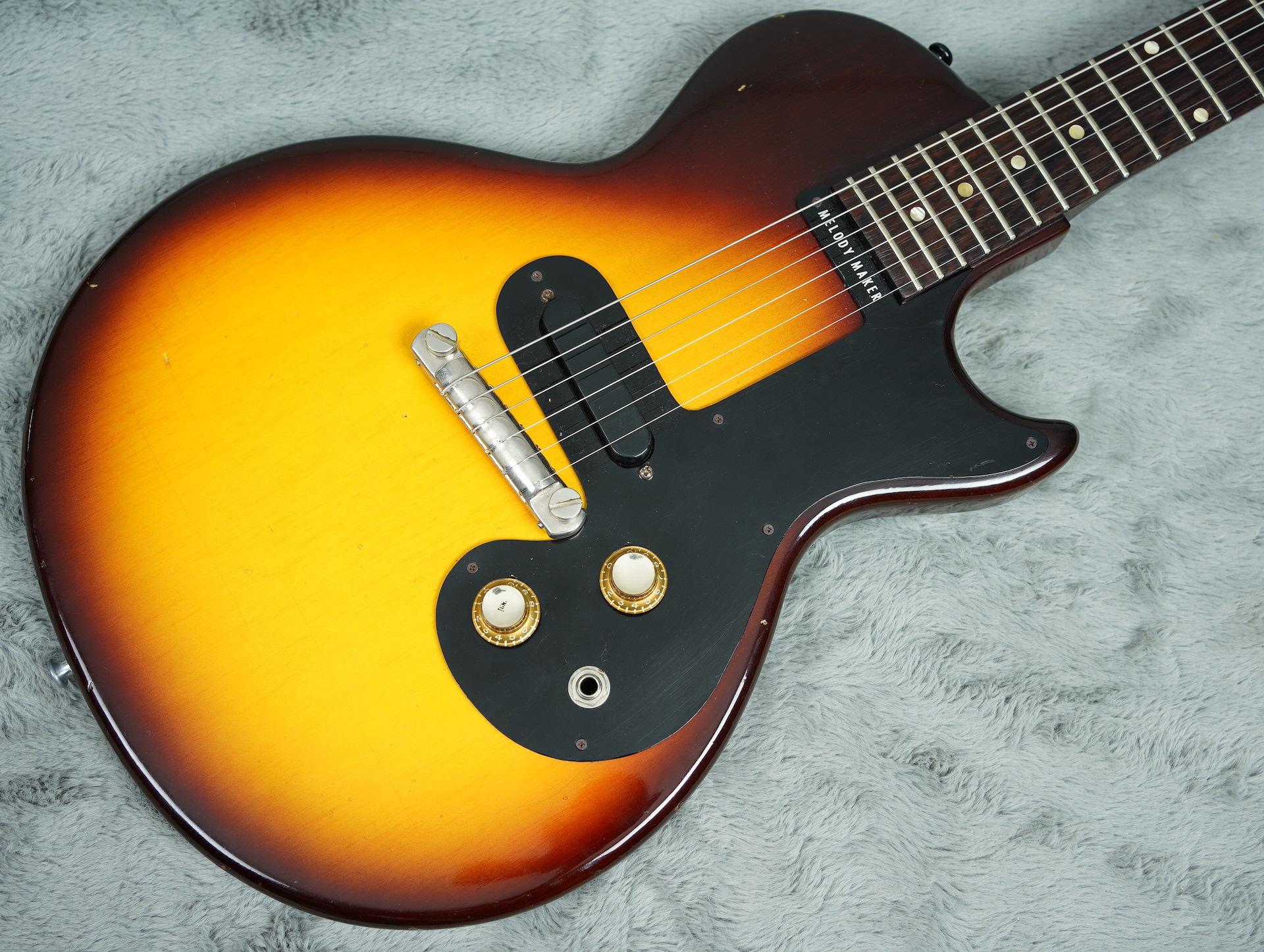 What have we here? A super tidy (in fact near enough Mint) 1961 Gibson Melody Maker in its original sunburst finish.Introduced in 1959, the Melody Mak...
$3,530.18
View details
Add to wishlistADD TO YOUR BAG 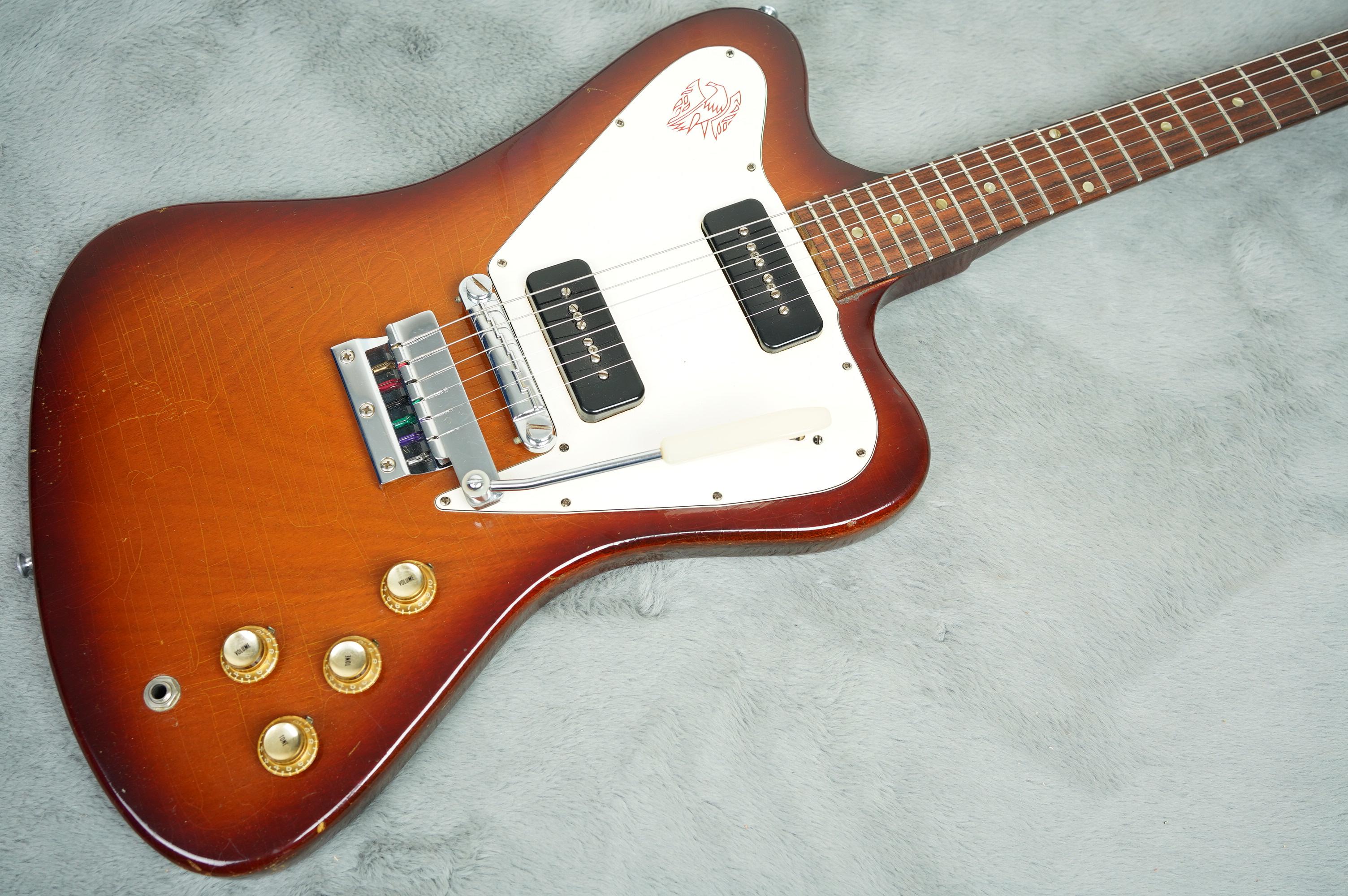 1965 non-reverse Gibson Firebird I?Not many survived the 60’s 70’s 80’s let alone into the Naughties without some kind of issue, usually the dreaded h...
$8,979.48
View details
Add to wishlistADD TO YOUR BAG 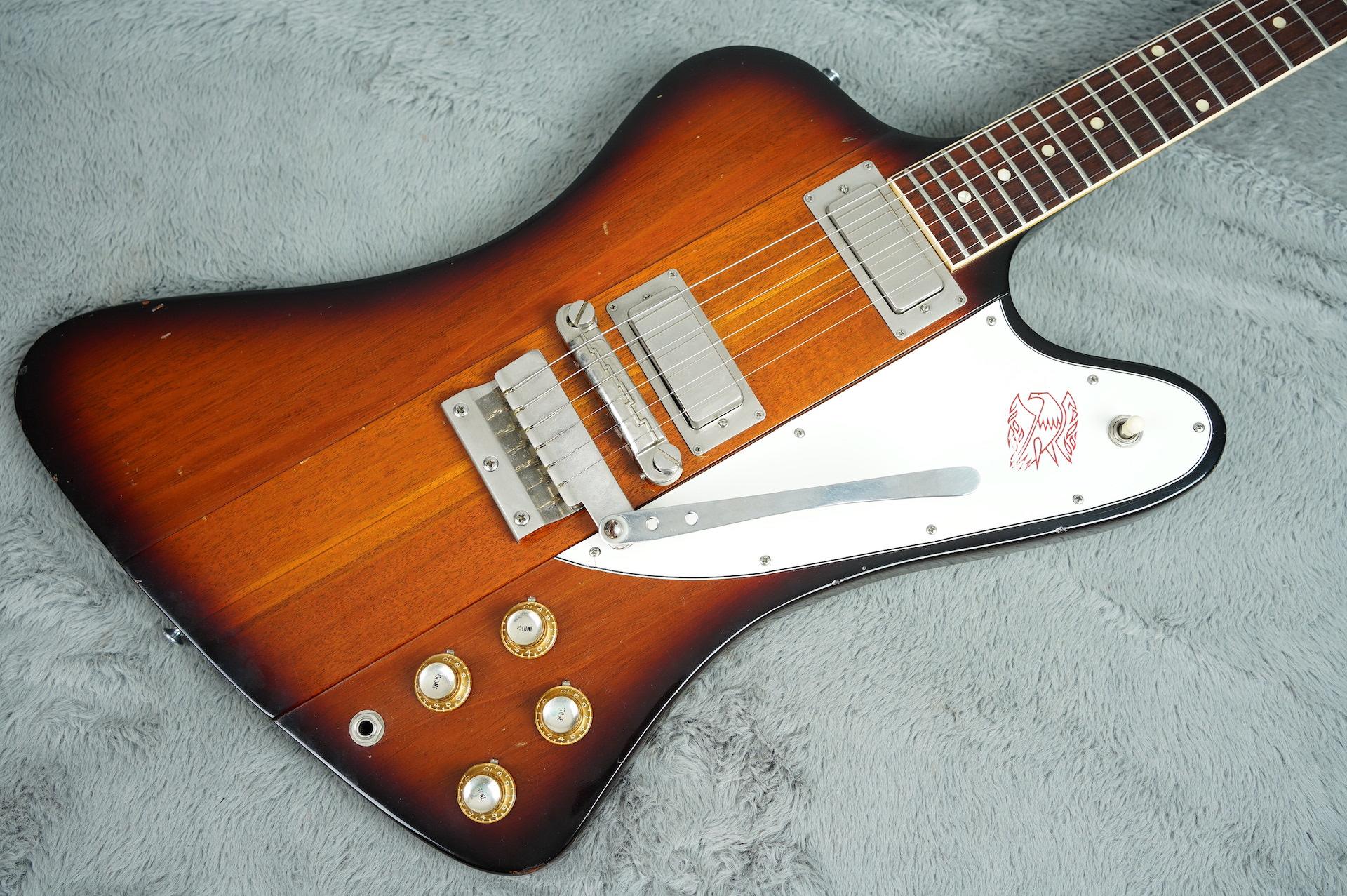 1964 reverse body Gibson Firebird III in excellent condition, no breaks of course and no repairs or any other issues of any kind. Just as we like them...
$14,114.28
View details
Add to wishlistADD TO YOUR BAG 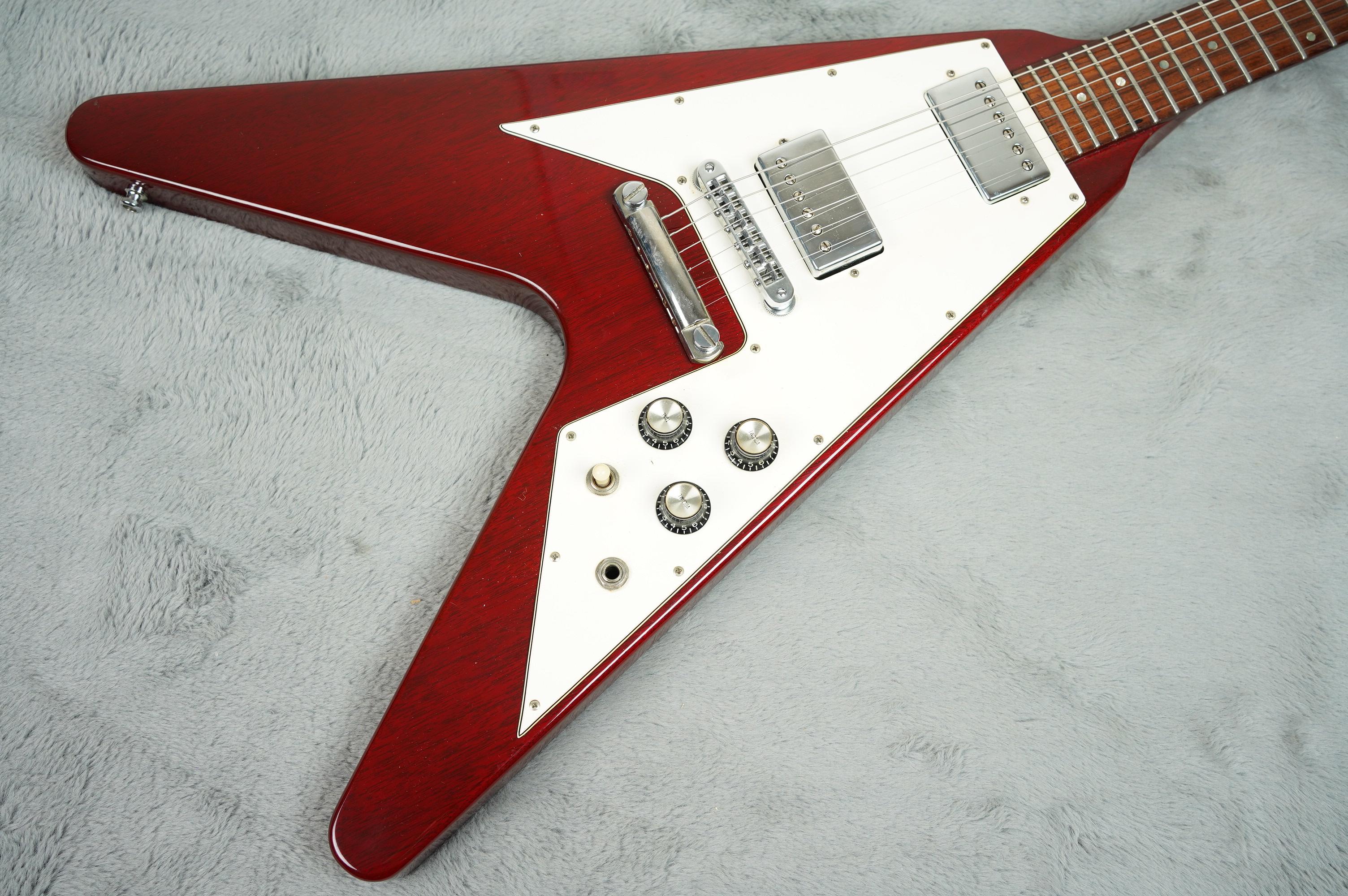 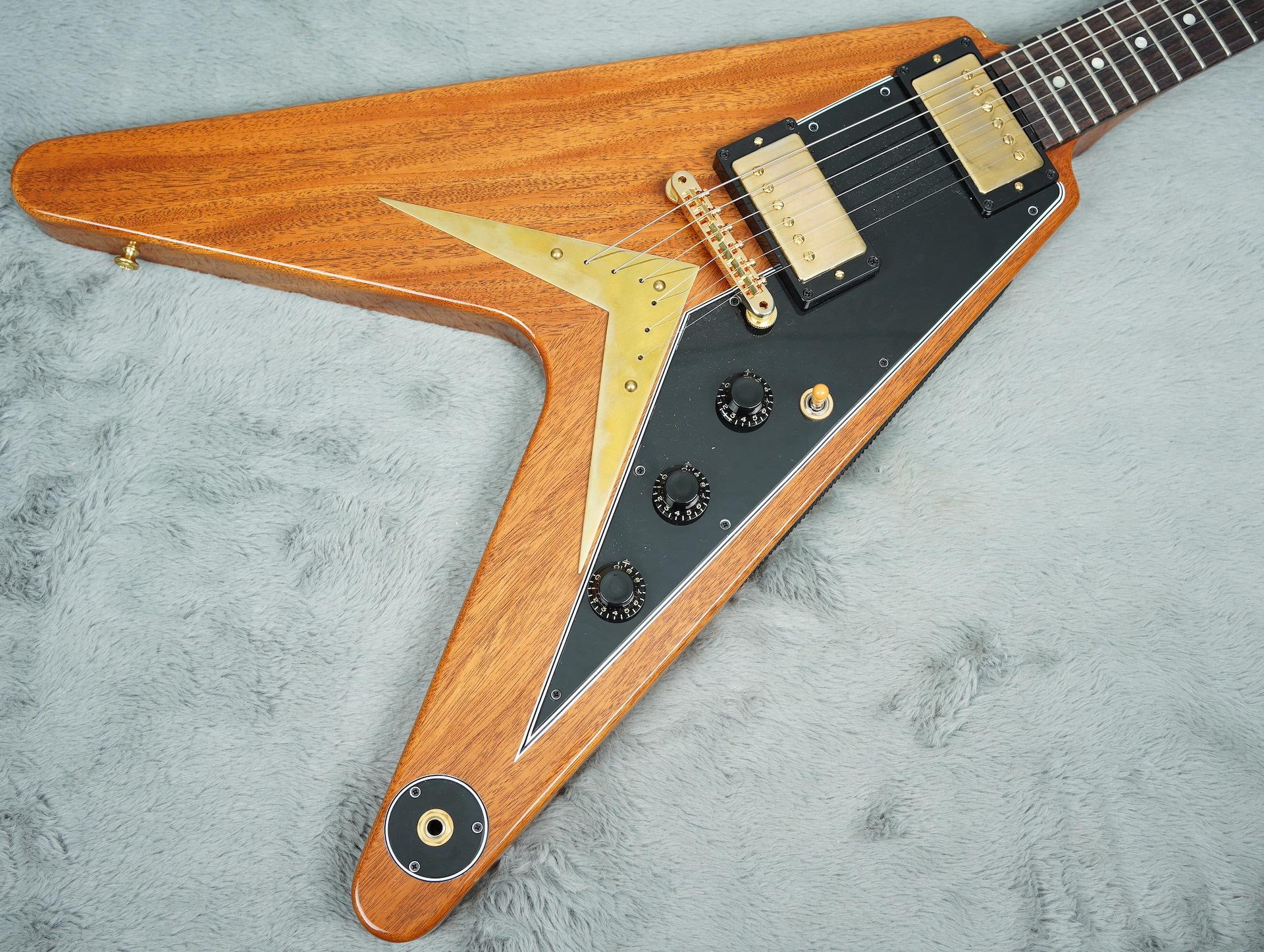 The iconic V in its original format is always welcome here at ATB. We present the 2020 Gibson Custom Shop 1958 Mahogany Flying V Reissue VOSThis guita...
$4,748.41
View details
Add to wishlistADD TO YOUR BAG 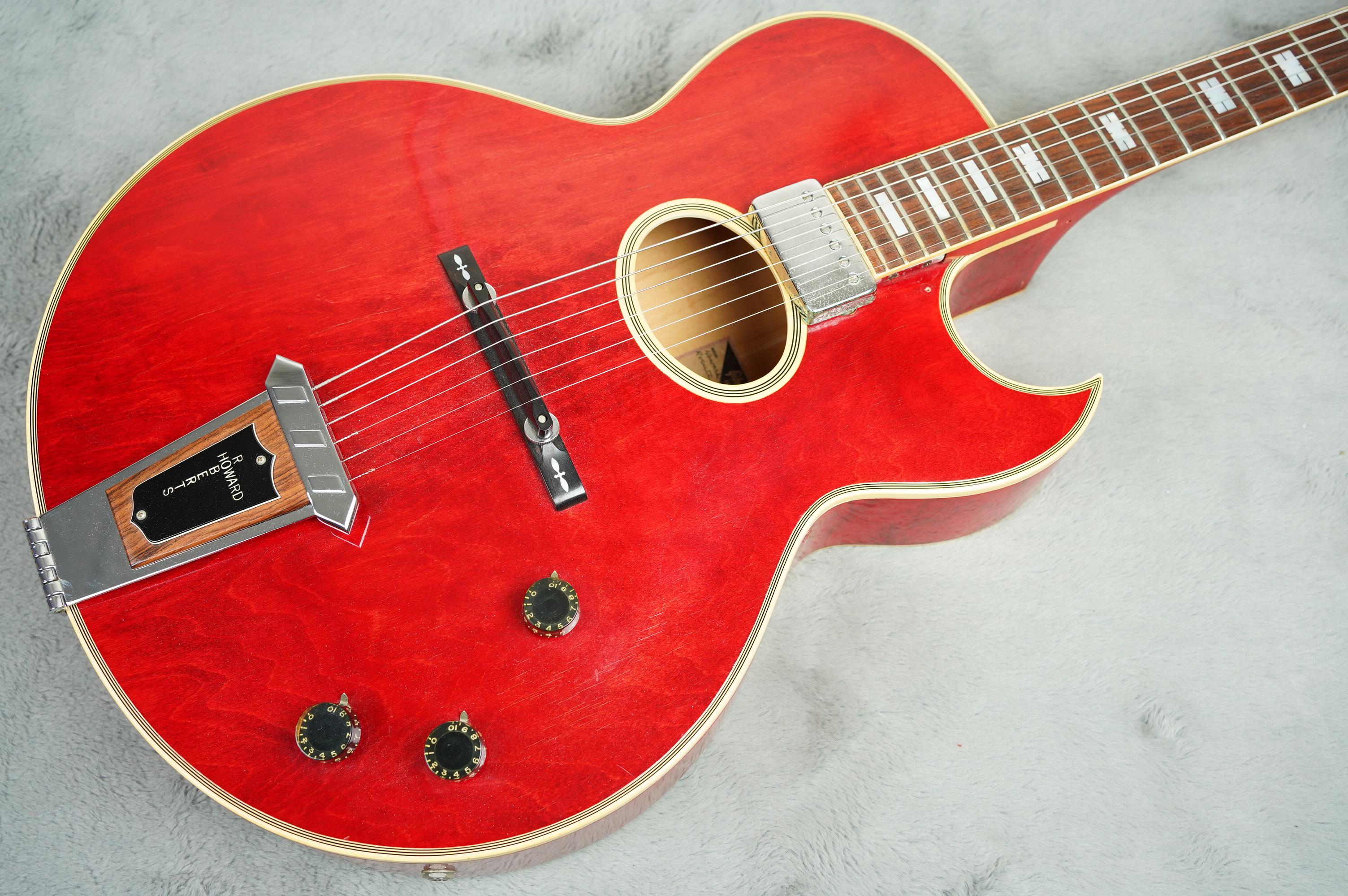 A legend of the LA scene during the middle decades of the 20th Century, Howard Roberts paved the way for the studio players of the 70s and 80s whilst ...
$4,427.48
View details
Add to wishlistADD TO YOUR BAG 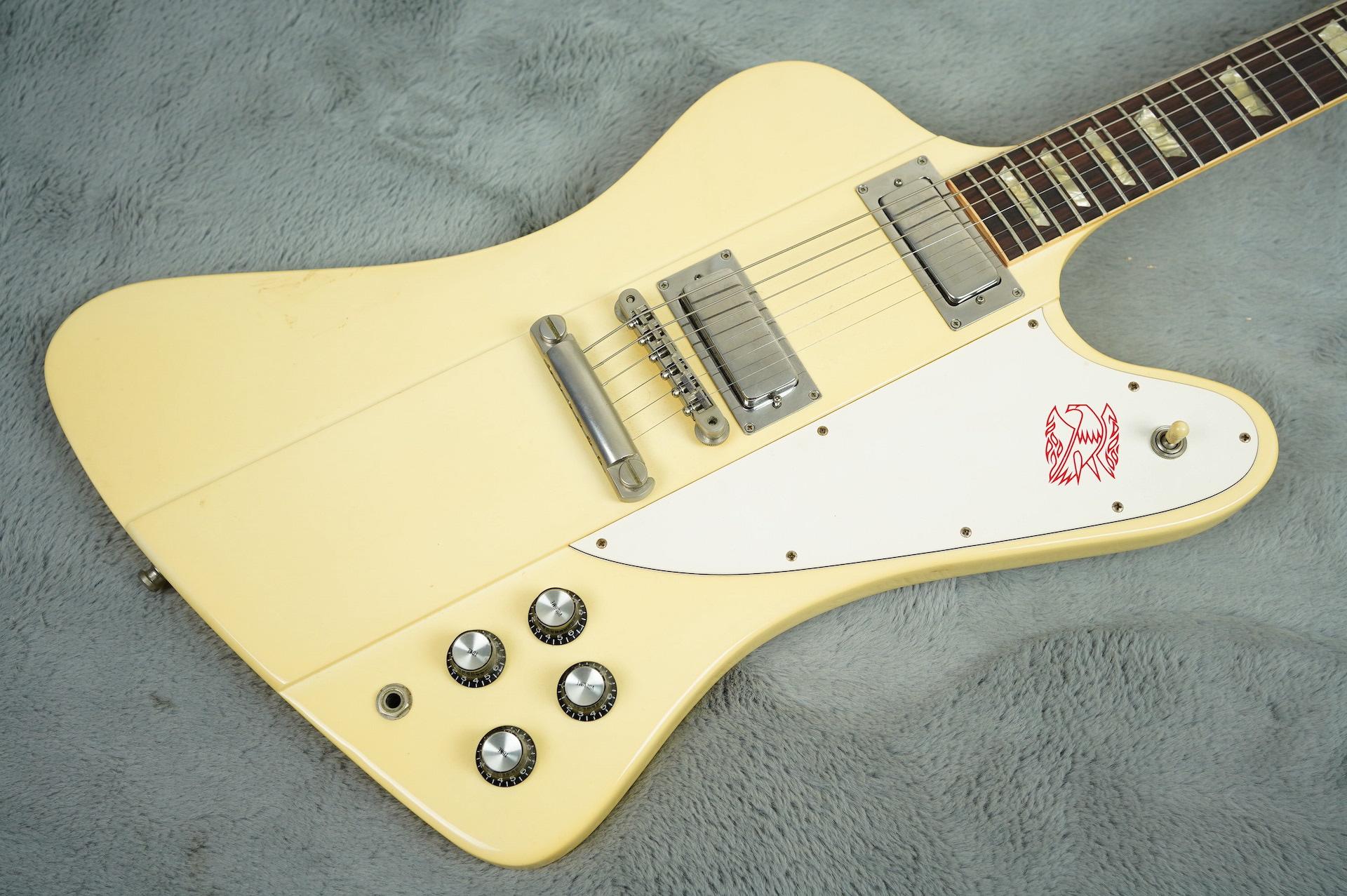 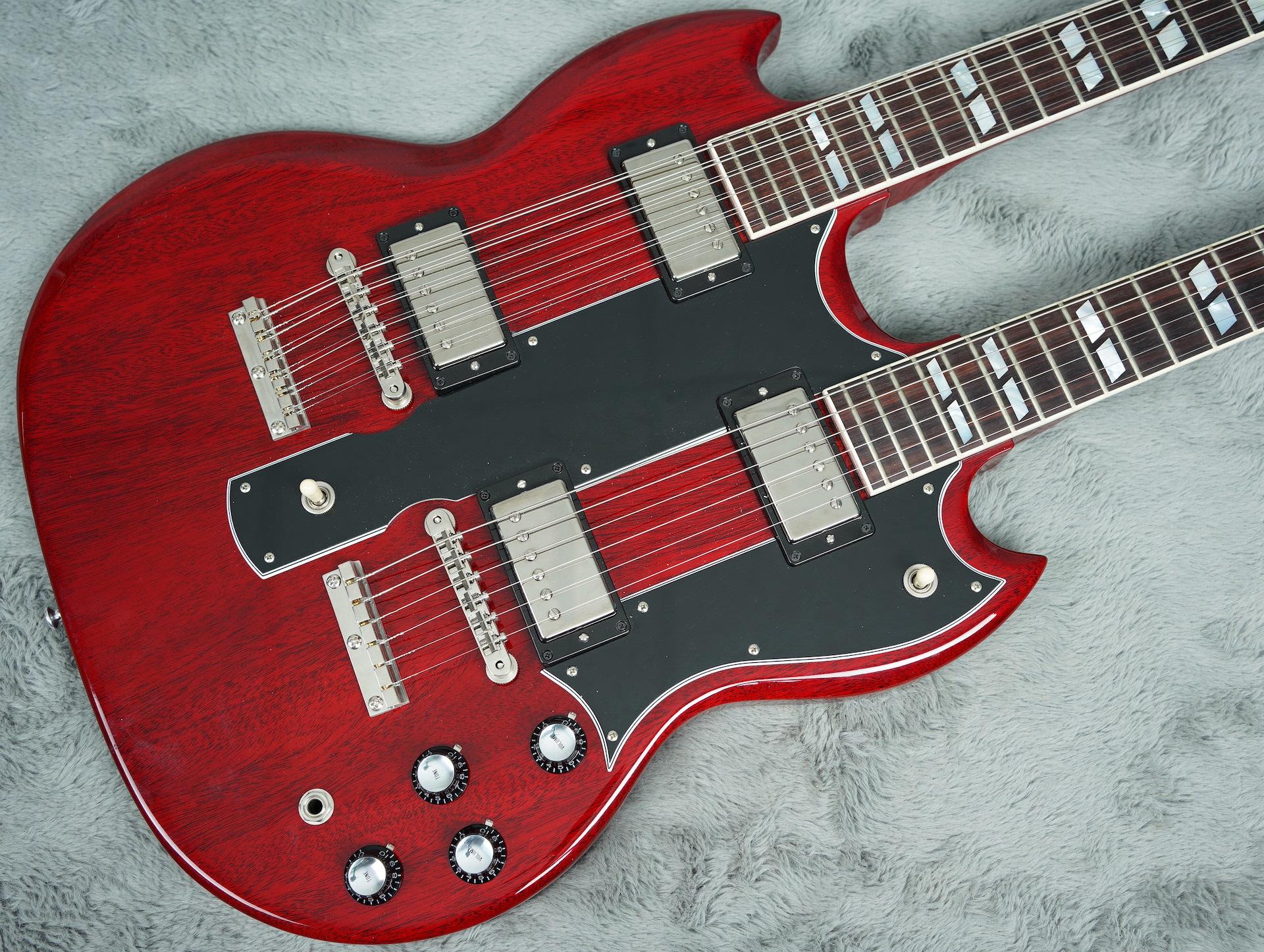 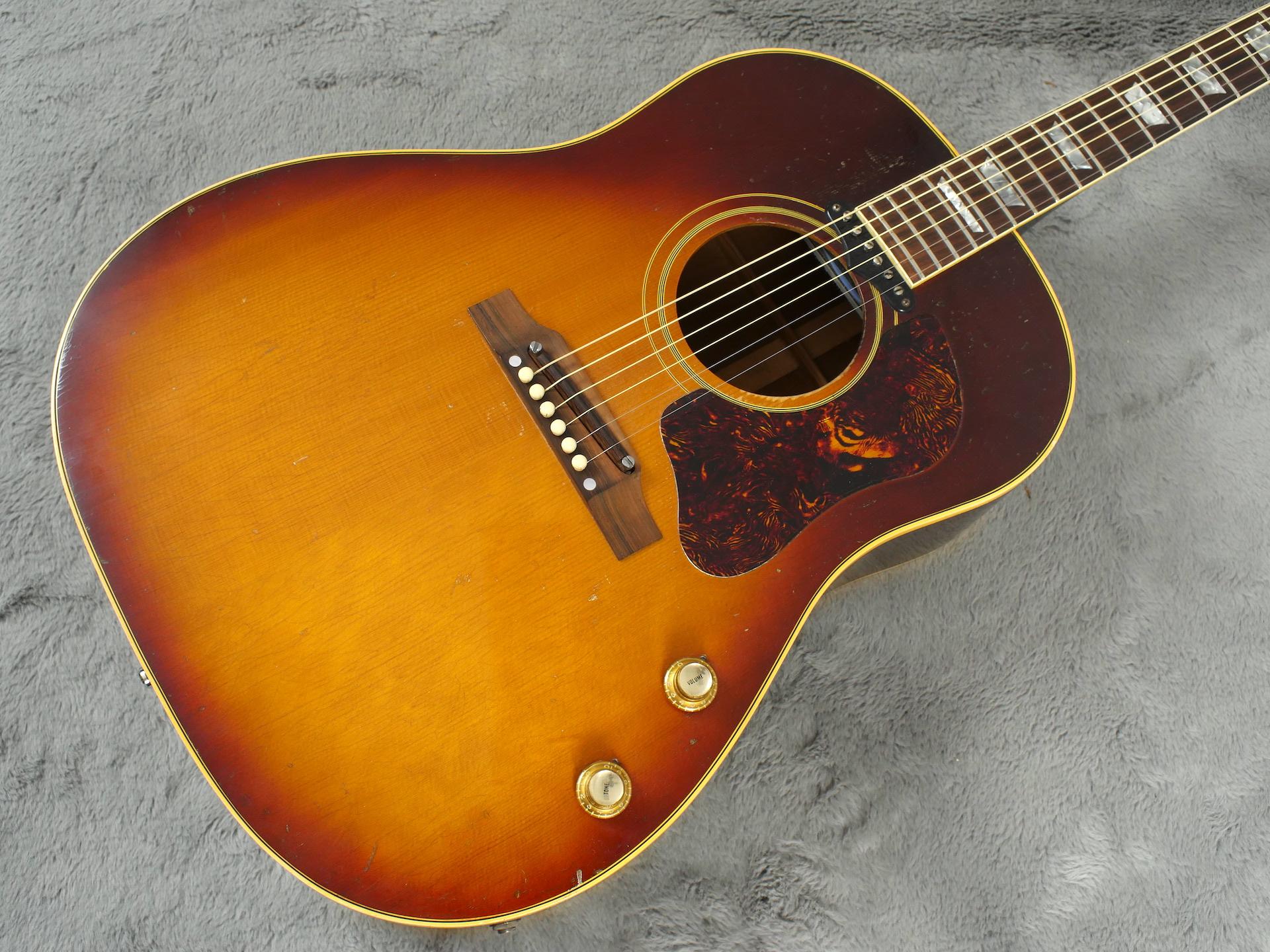 The Gibson J160E came about in 1954 as Gibson’s second attempt at an electro-acoustic guitar (the first being the CF-100E). It differs from most acous...
$0.00
View details
Add to wishlistADD TO YOUR BAG 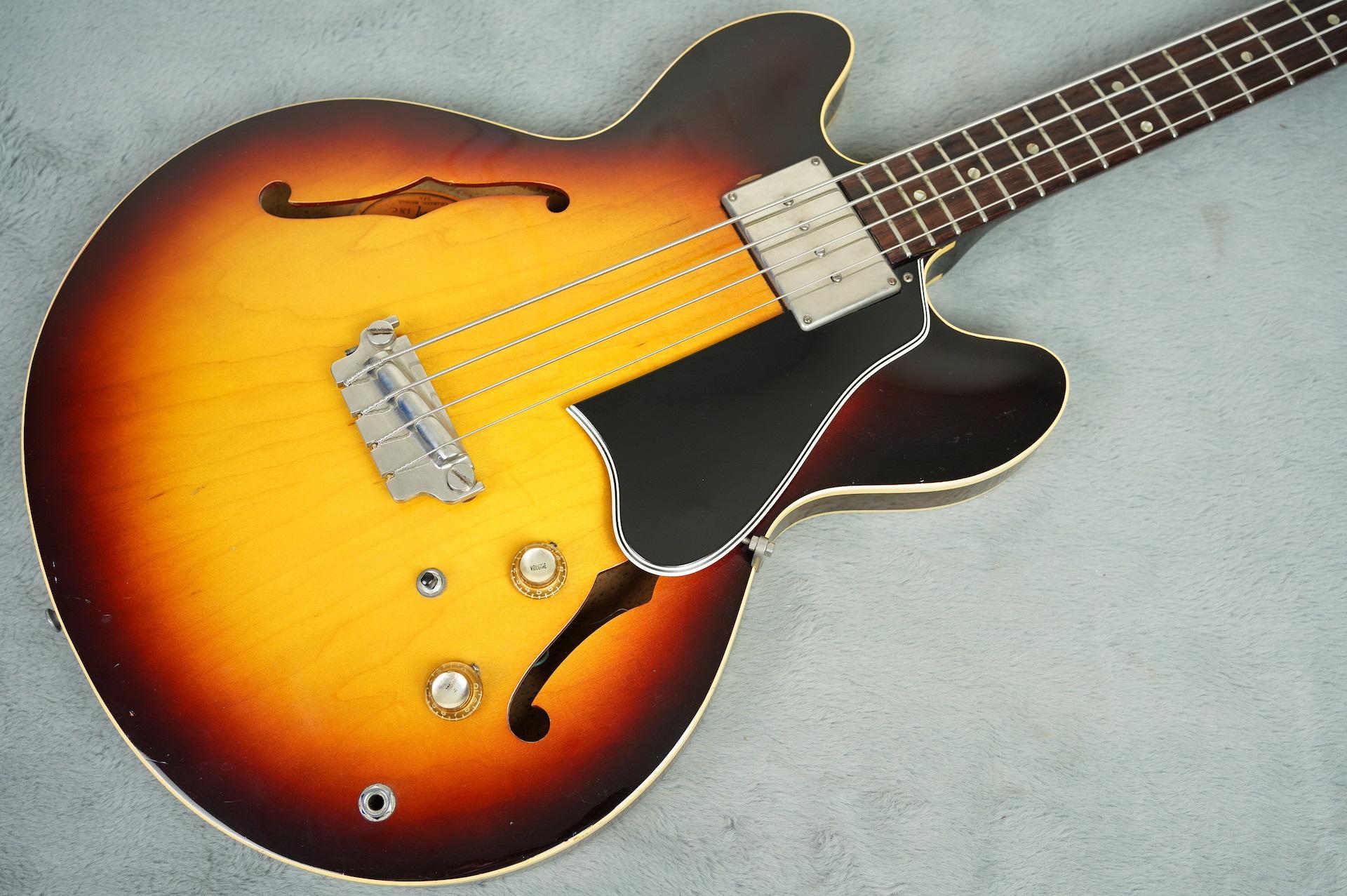 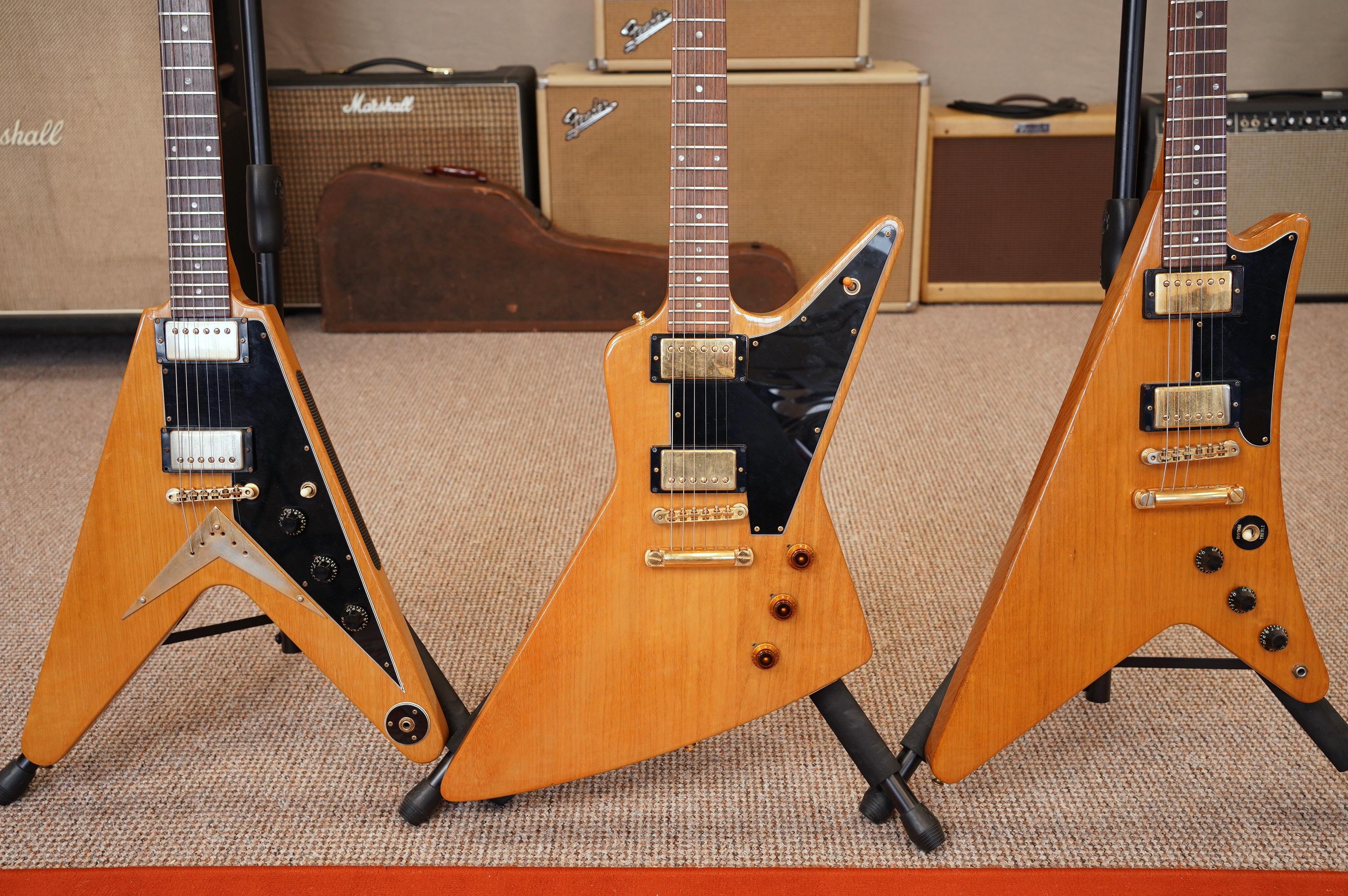 Gibson called them collectively their Modernistic guitars and on their debut at the NAMM show in 1957 they certainly were.Designed by Seth Lover on th...
$41,720.25
View details
Add to wishlistADD TO YOUR BAG 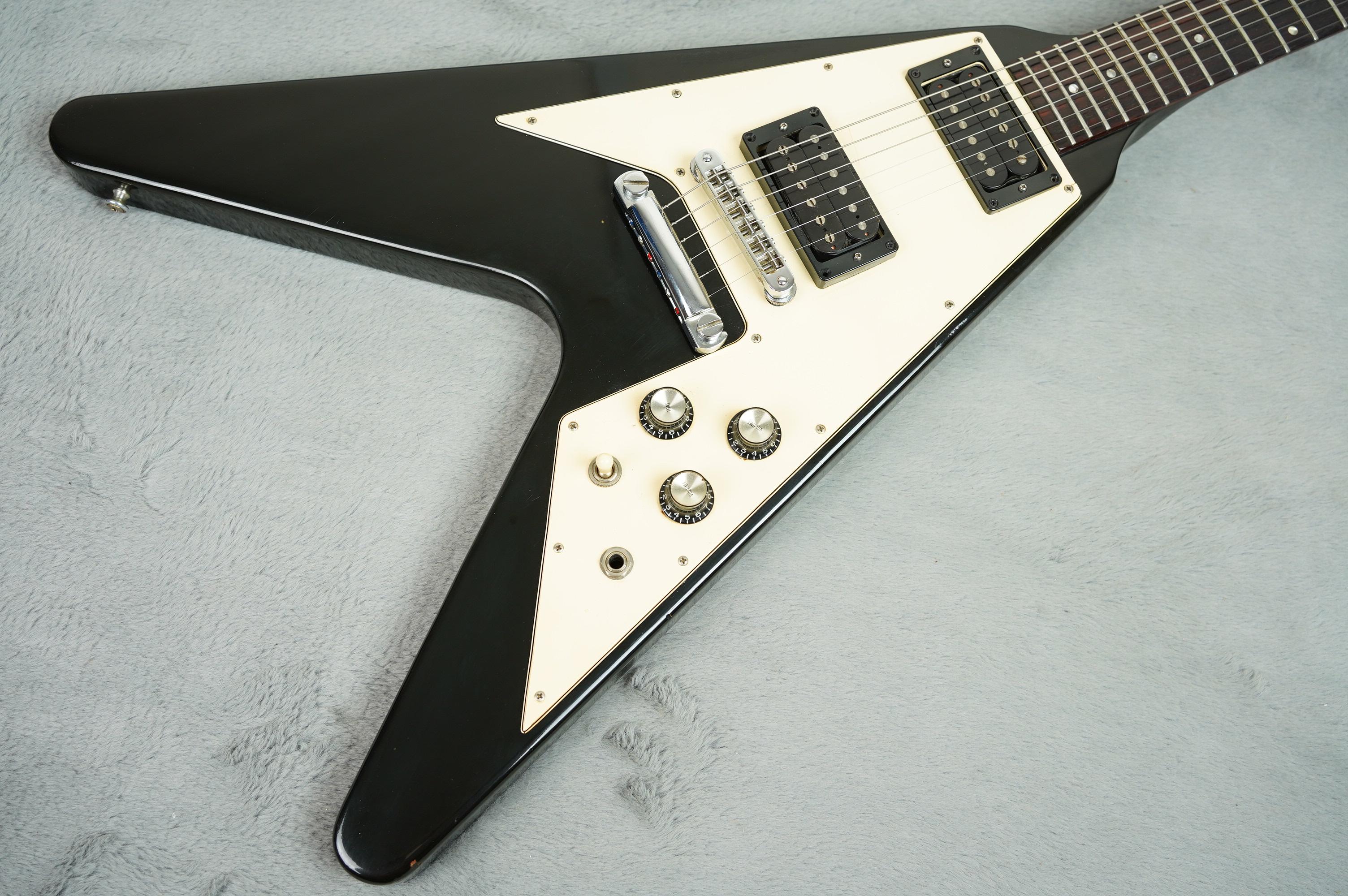