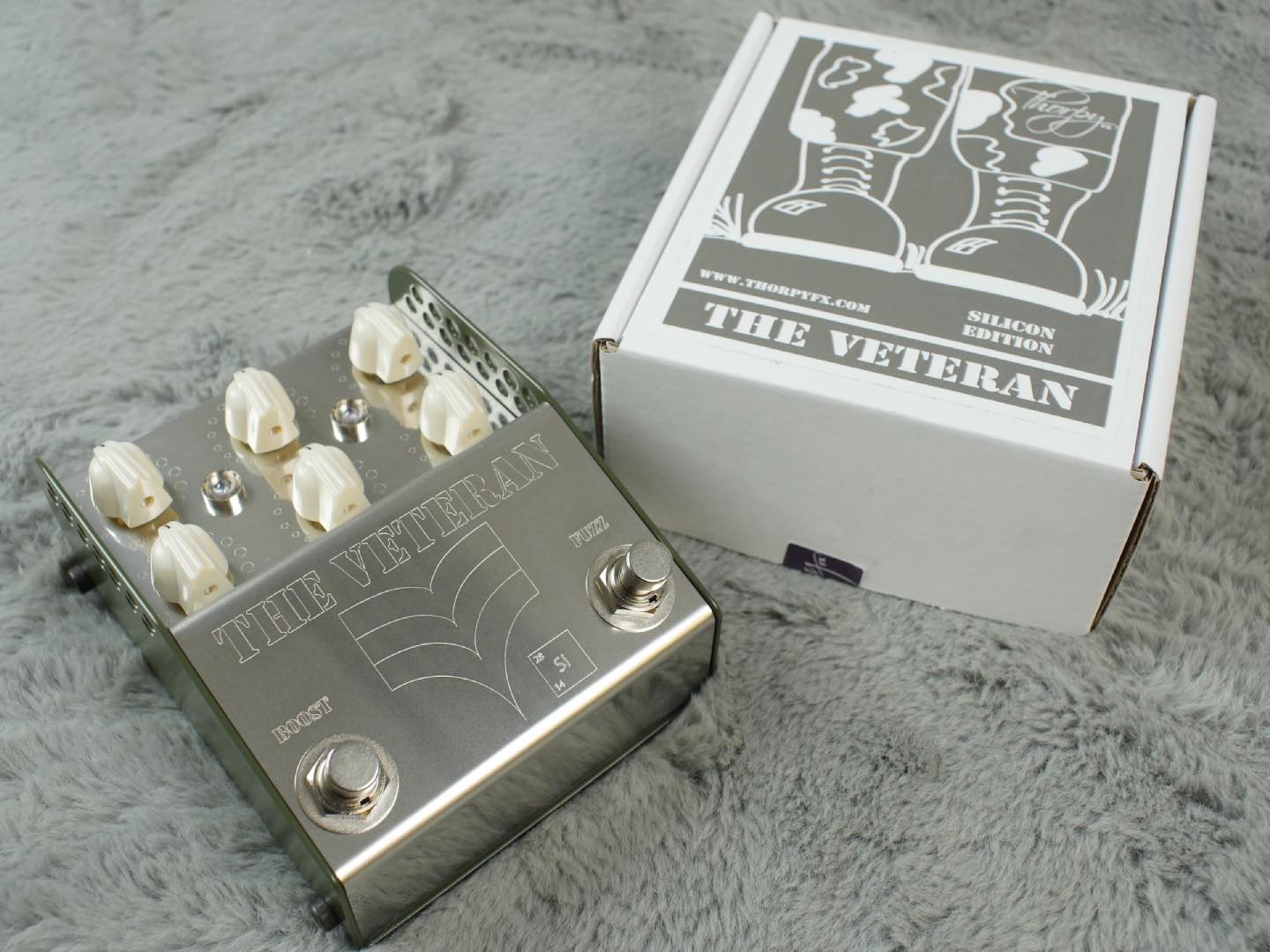 We all love fuzz (yes you do, deep down) but it doesn’t always love us. Too harsh, no definition, lost in the mix, all comments too often levelled at the grandfather of drive circuits. From the moment your foot engages the Veteran, you are transported to the hallowed halls of fuzz Valhalla, a place where the harmonic richness of your tone is enhanced and venerated, sparks ricocheting from the walls and ceiling. But seriously, as with all the Thorpy FX line, this pedal adds to your instruments sound without detracting from the fundamental and gives you the tools to shape and mould your tone. It also features a boost (with full range capabilities) to kick things into the stratosphere.

A word from the manufacturer

As the third Pedal in our “Vintage Reimagined” Series ThorpyFX presents the Veteran (Silicon) NATO Edition. This is a combined Pedal offering you our take on the very best versions of the Sixties silicon Fuzz (Think Smiley) and Rangemaster style silicon treble booster in one pedal. Sonically we have made this pedal identical to vintage units however the Veteran (Si) is quieter and much more flexible than the original units.

There are two independent foot-switches to control each side. The fuzz is first and it runs into the Treble/mids/Bass booster. There are six knobs split between two effects. The Fuzz side has controls for Fuzz, Volume, Smooth and Bias. Smooth controls the input impedance to the circuit and gives you a less bass heavy, smoother fuzz. Bias controls the overall “heat”available to the circuit, increasing output volume on tap and the amount of mids in the circuit. The Boost side has controls for Boost, and Range, allowing you to choose what frequencies to boost, from Bass heavy through mids focussed to treble. Combining the two effects gives you absolute tonal armageddon, but still provides a musical and tweakable effect. To ensure that the pedal is useful to use on your pedalboard the width has increased to approx 105mm to allow for the two footswitches. I have designed the pedal to work using a standard 9V centre negative power supply so you will be able to use the pedal on your pedalboard.

This is sonically identical to the V1 version, the V2 version is smaller and can only be powered via 9V power supply.

All Pedals are ready to ship now. 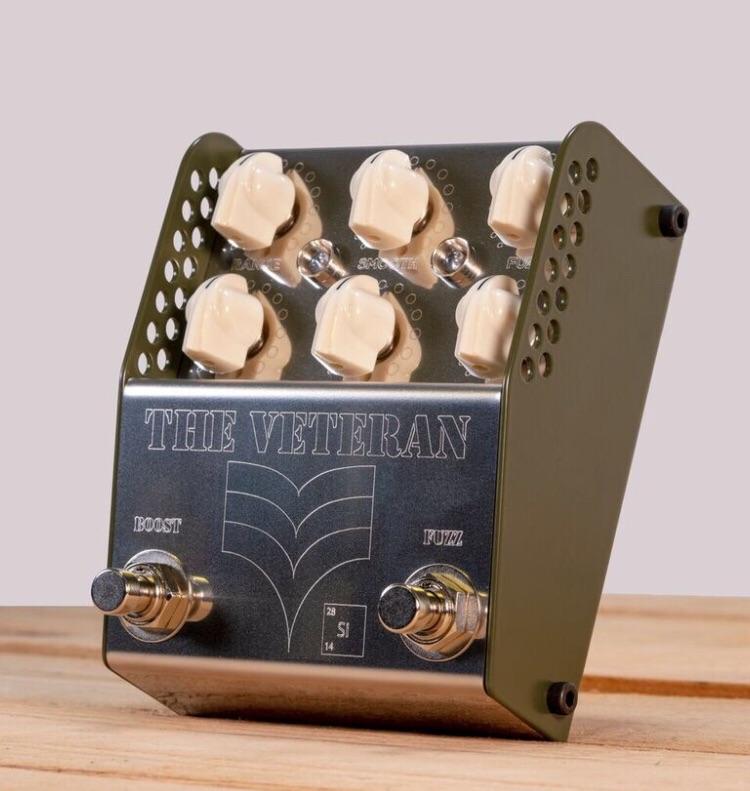 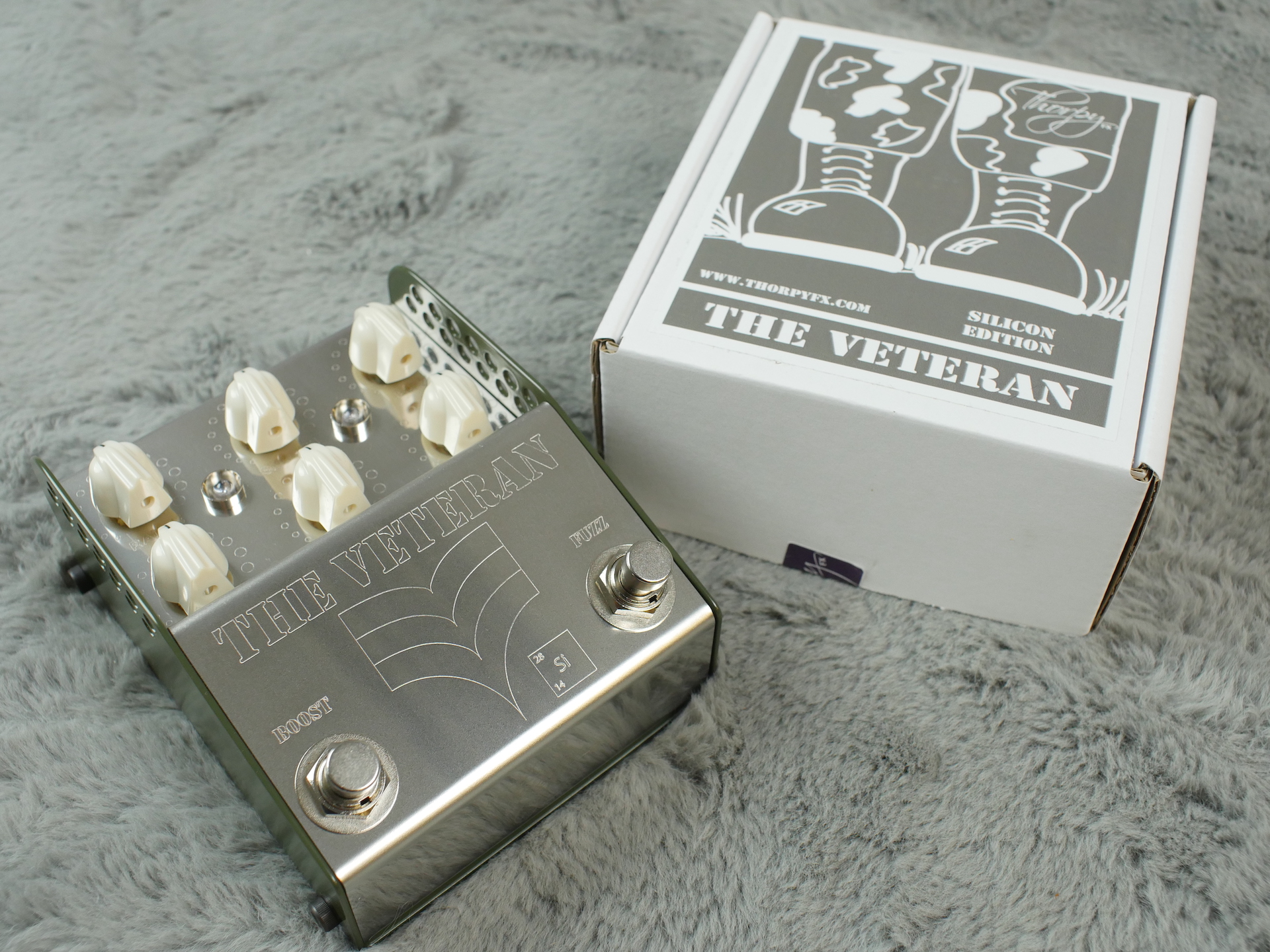