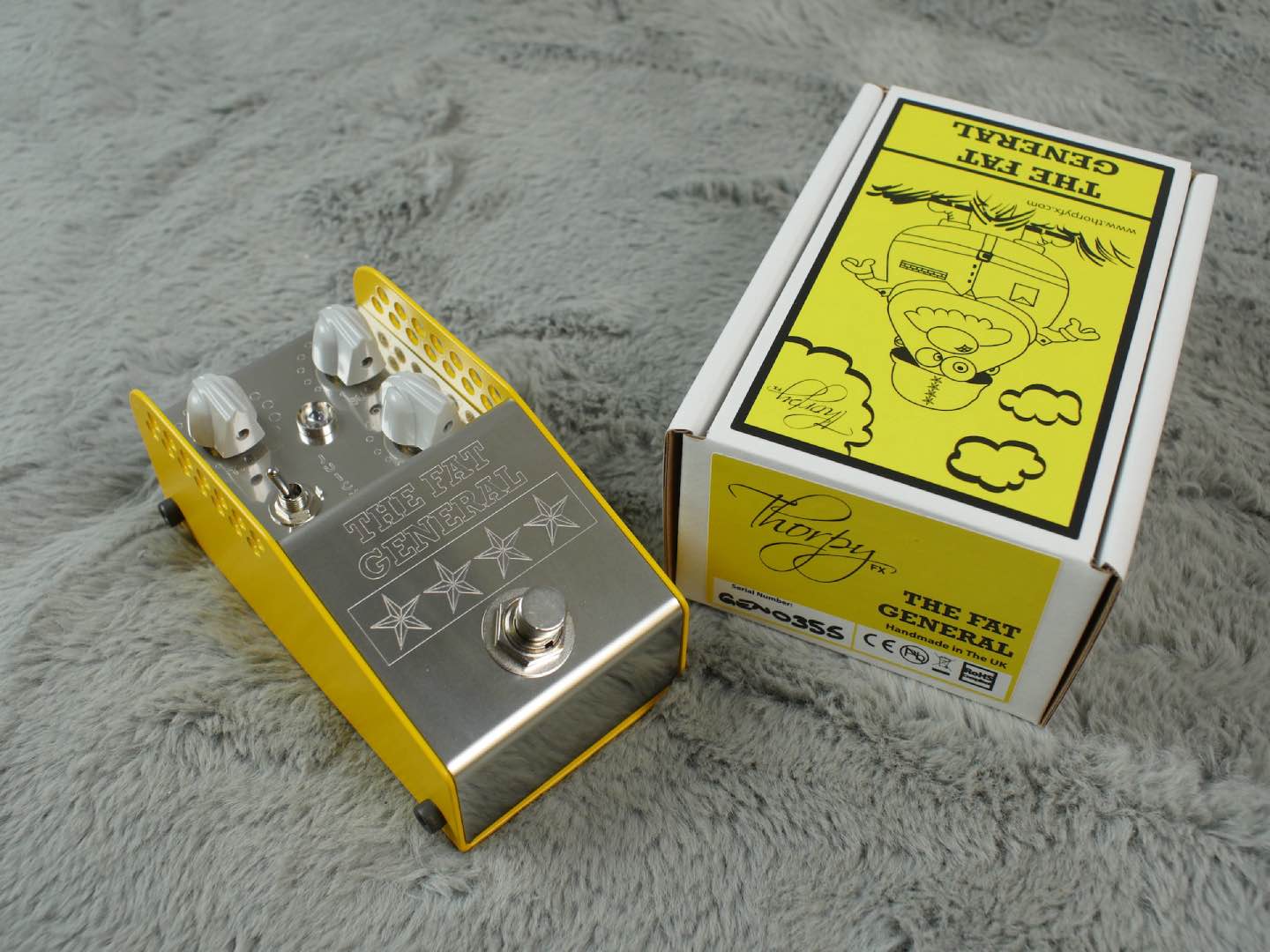 Subtly is the sign of a good compressor and its safe to say that at times you won’t even know the Fat General’s there, but you will miss him when he’s gone. The Blend or Juicy settings let you tailor your sound, from subtle blending that gives you control over your dynamic to some genuine squish for those funky chords or Bakersfield runs. With plenty of option for tonal shaping and the ubiquitous Thorpy manufacturing standards this is the only compressor you’ll ever need!

A word from the manufacturer

The FAT GENERAL is an evolution of the critically acclaimed OTC-201 compressor. ThorpyFx and the original designer (Dan Coggins) have collaborated to deliver the next level of compression for guitarists. Unlike many other compressors, the FAT GENERAL adds sustain and balance to your signal without unnecessary noise or signal “pumping”. You’ll also notice that the FAT GENERAL can be particularly transparent but with a sparkle and clarity that you were missing before. For me it has become an always on pedal, I cant play without it!

Aside from achieving fantastic sonic credentials the FAT GENERAL is built like a tank with physical features such as recessed knobs and top mounted jacks. Robust build does not have to come at the sacrifice of looks, the FAT GENERAL uses a combination of a beautiful stainless steel laser etched centre console wrapped in a tough baseplate.

Internally the pedal is immaculately built using premium 1% metalfilm resistors, Wima and Panasonic capacitors, Neutrik jacks and a Burr-Brown Opamp. These are the crème de la crème of the electronics world and when coupled with a robust gold plated PCB and dust sealed potentiometers the recipe is as good as it can possibly be.

This is sonically identical to the V1 version, the V2 version is smaller and can only be powered via 9V power supply. 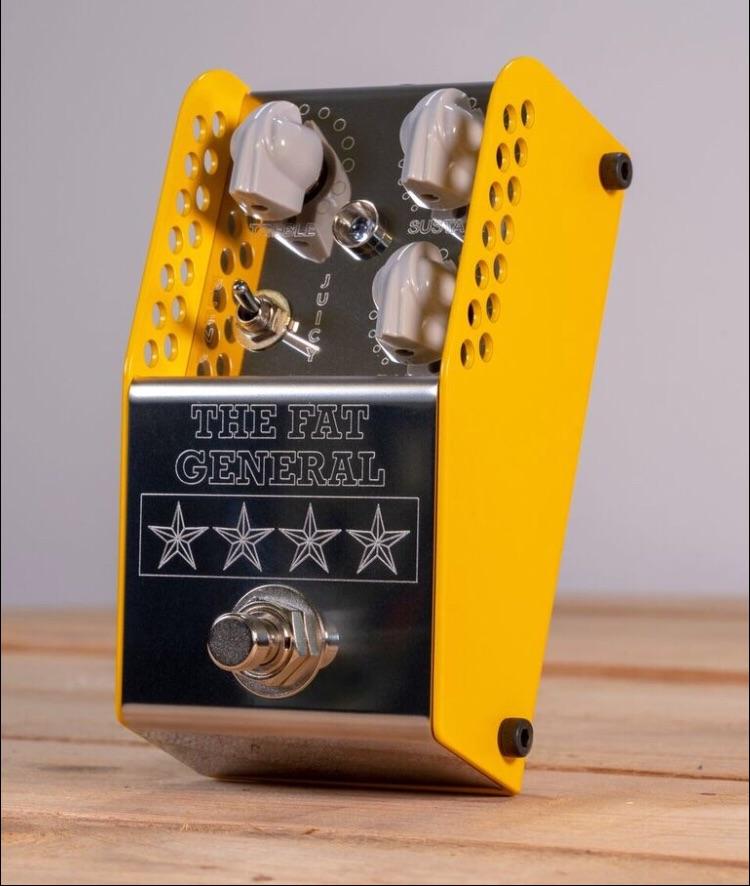 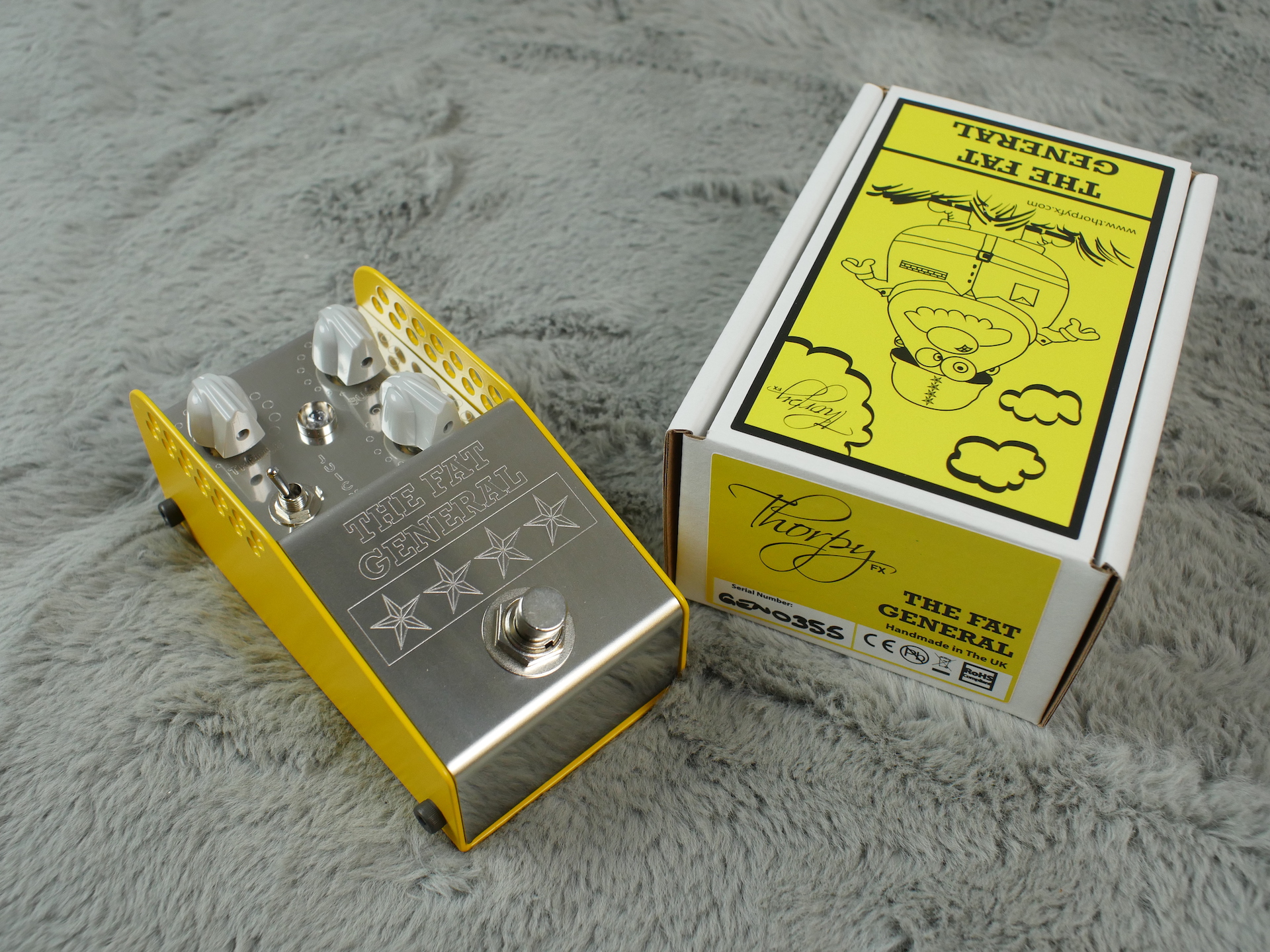