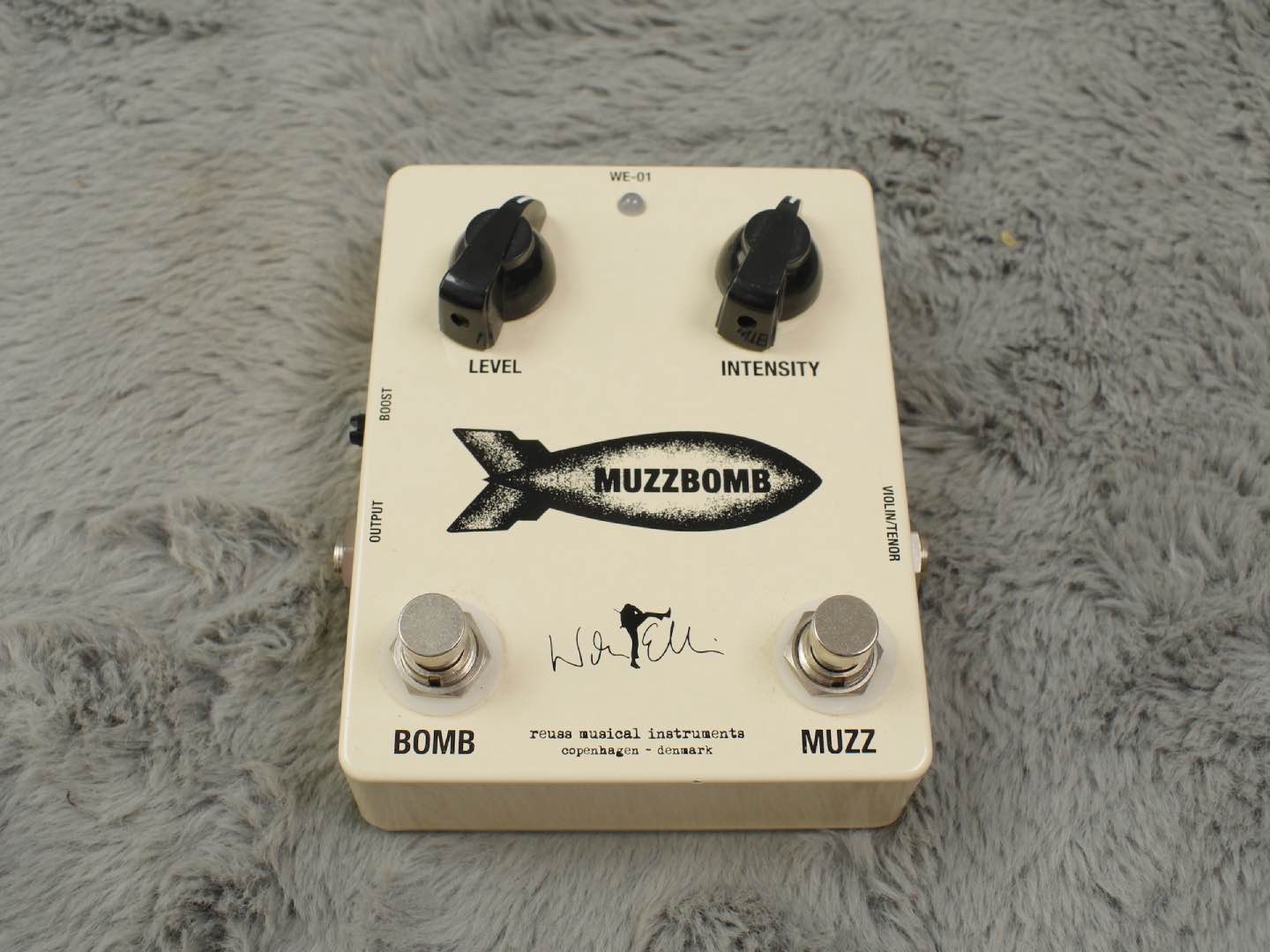 From those clever peolpe at Reuss Muscial Instruments, the WE-01 ‘Muzzbomb’ from 2016.

The story here is two fold. Reuss Musical Instruments are the hardwork, blood sweat and tears of Anders Marcuslund-Reuss who’s been building pedals and electronics from Copenhagen since the age of 12. The current lineup consists of predominantly drive and fuzz based circuits built to a high standard by himself and a colleague in Bulgaria. A true EU collaboration. Warren Ellis is the Australian firebrand multi-instrumentalist who’s credits include The Dirty Three, Nick Cave and the Bad Seed, Grinderman and a whole host other project. In the Spring of 2015, Warren met Anders in Copenhagen and expressed his wish to get a backup of his mysterious black box that was built for him by his brother Murray from old radio parts. Based on an octavia circuit the pedal he produced was much nastier and was dubbed the Muzz. Previous attempts at a copy had yield unsatisfactory results so Anders set about producing an identical copy, sourcing the correct vintage parts to complete the work. The result was dubbed the ‘Muzzbox’.

This example is the ‘Muzzbomb’ which has an additional clean boost added after the fuzz circuit. Cosmetically, its in as new condition with one tiny knick to the paint on an edge. The pedal also comes with its user manual.

If thick walls of spluttery octave fuzz are your thing then this is the pedal for you. Both controls are very interactive yielding a wide spectrum of sounds, from the gnarly to crazy ring modulated tones. It also interacts with the guitar volume. Backing off bring out the upper octave creating some interesting textures. The boost comes after the fuzz and can be used independently as a clean boost to push the front of the amp. Adding this to the fuzz adds heft. Lots of fun!

Made in the EU, inspired by an Australian, fuzzy heaven. What more could you need? 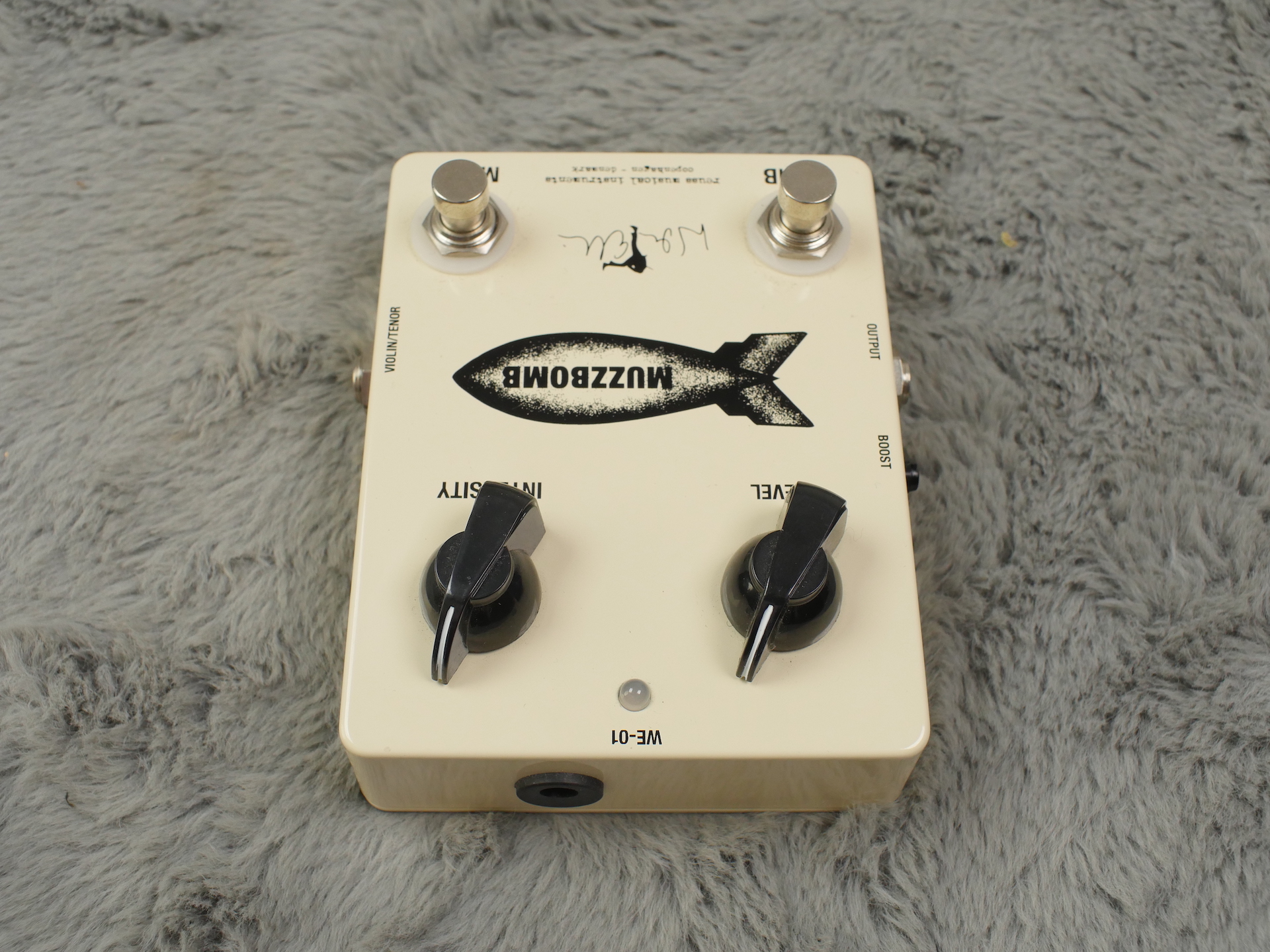 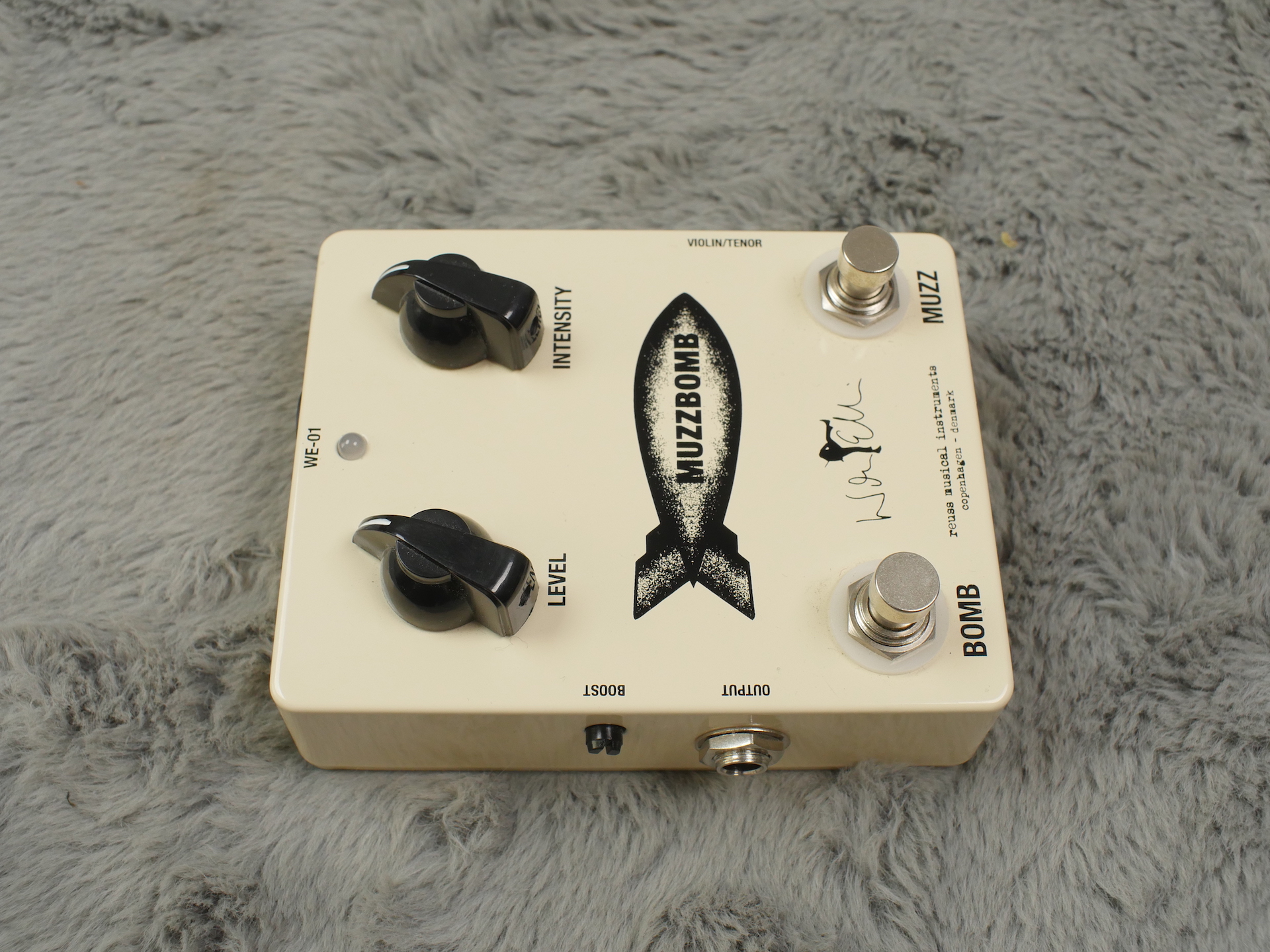 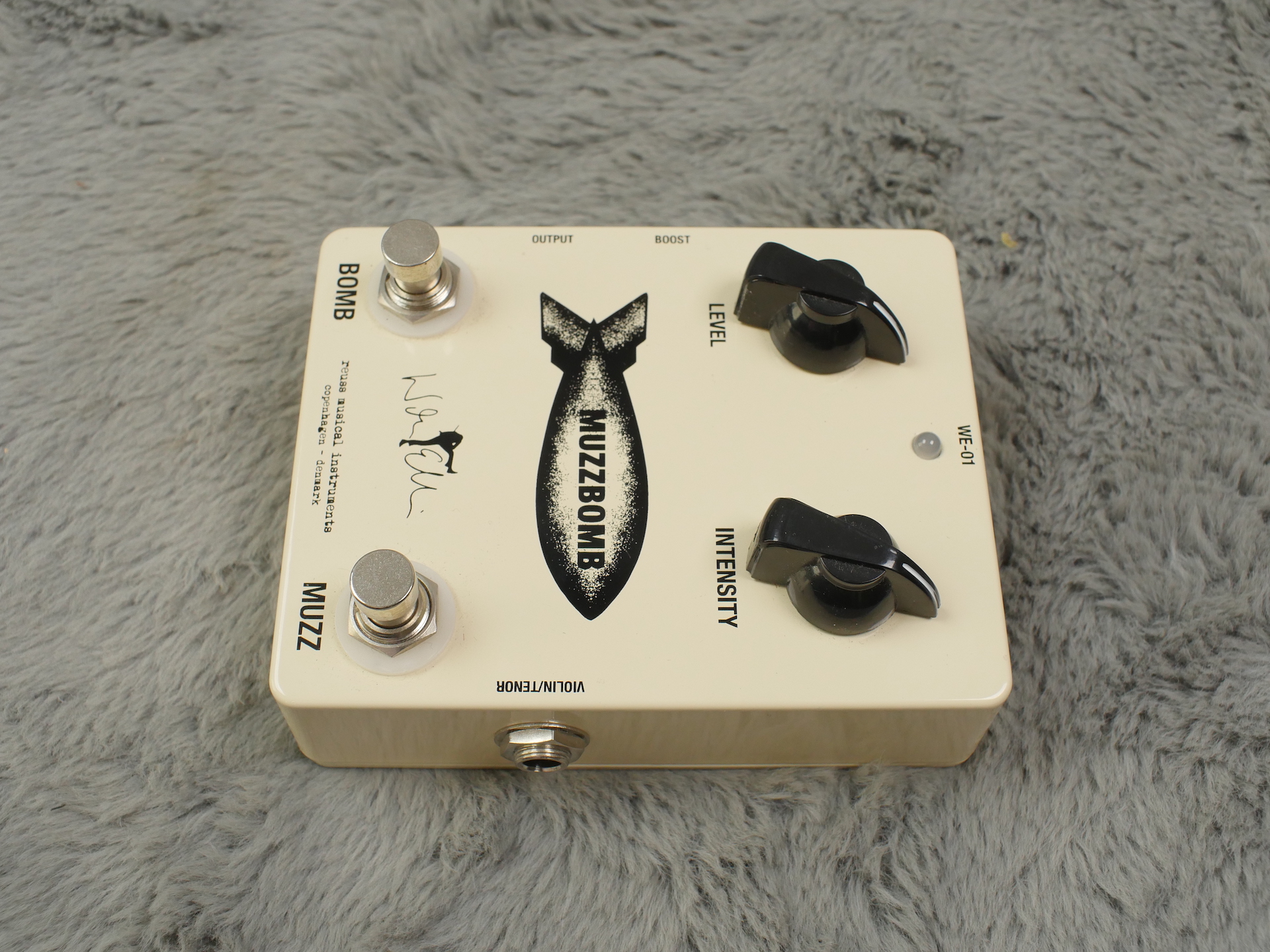 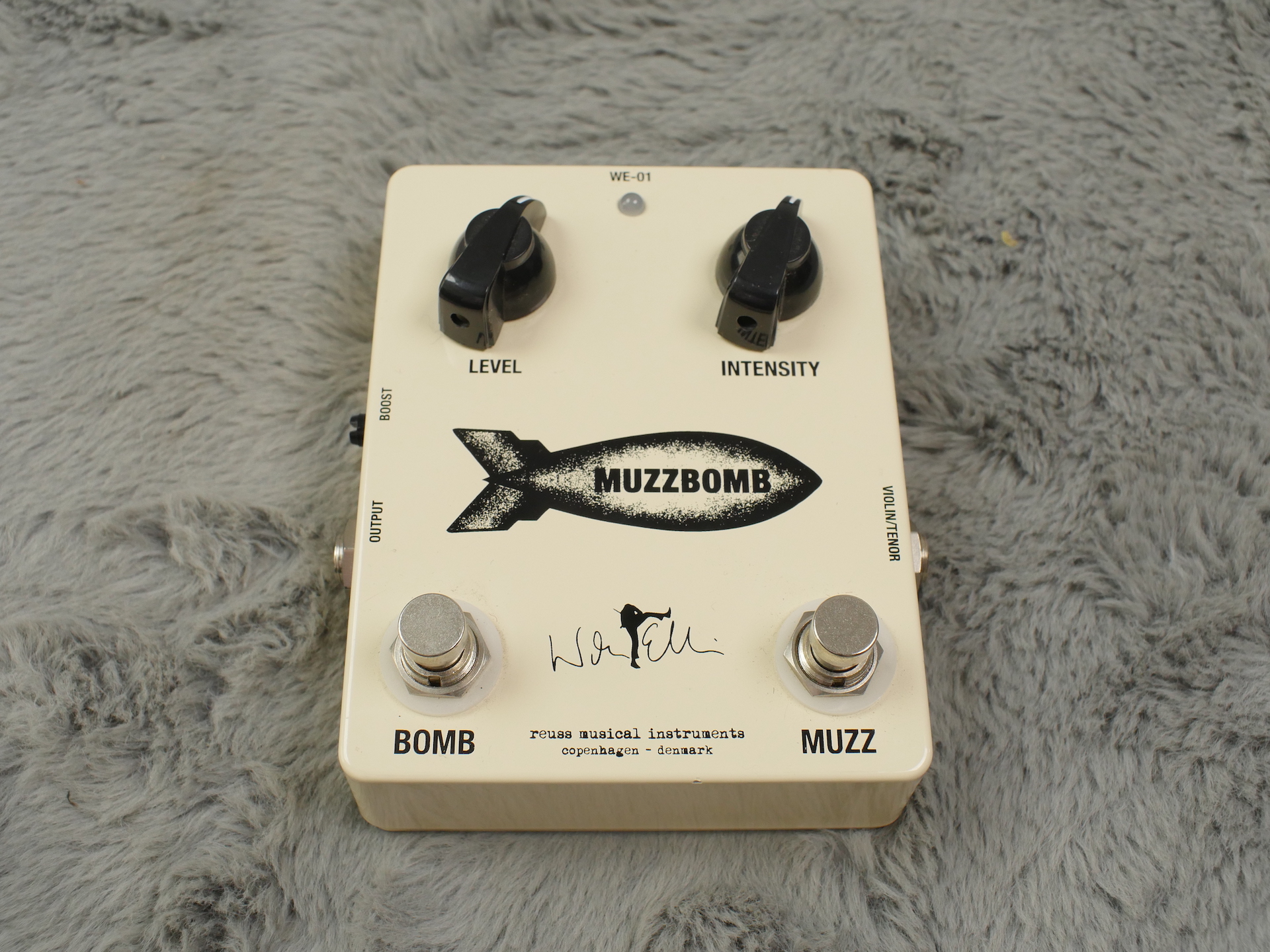 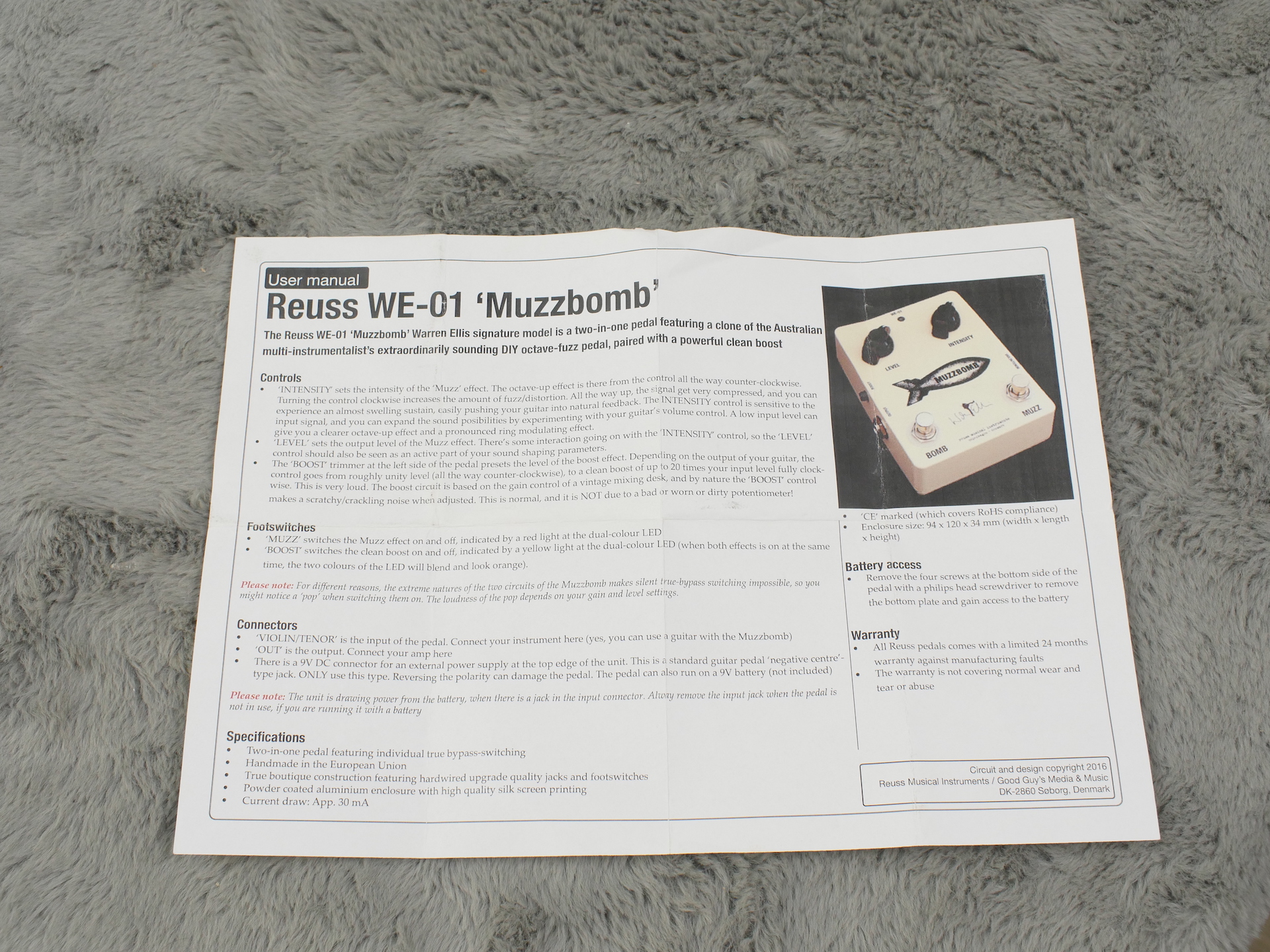 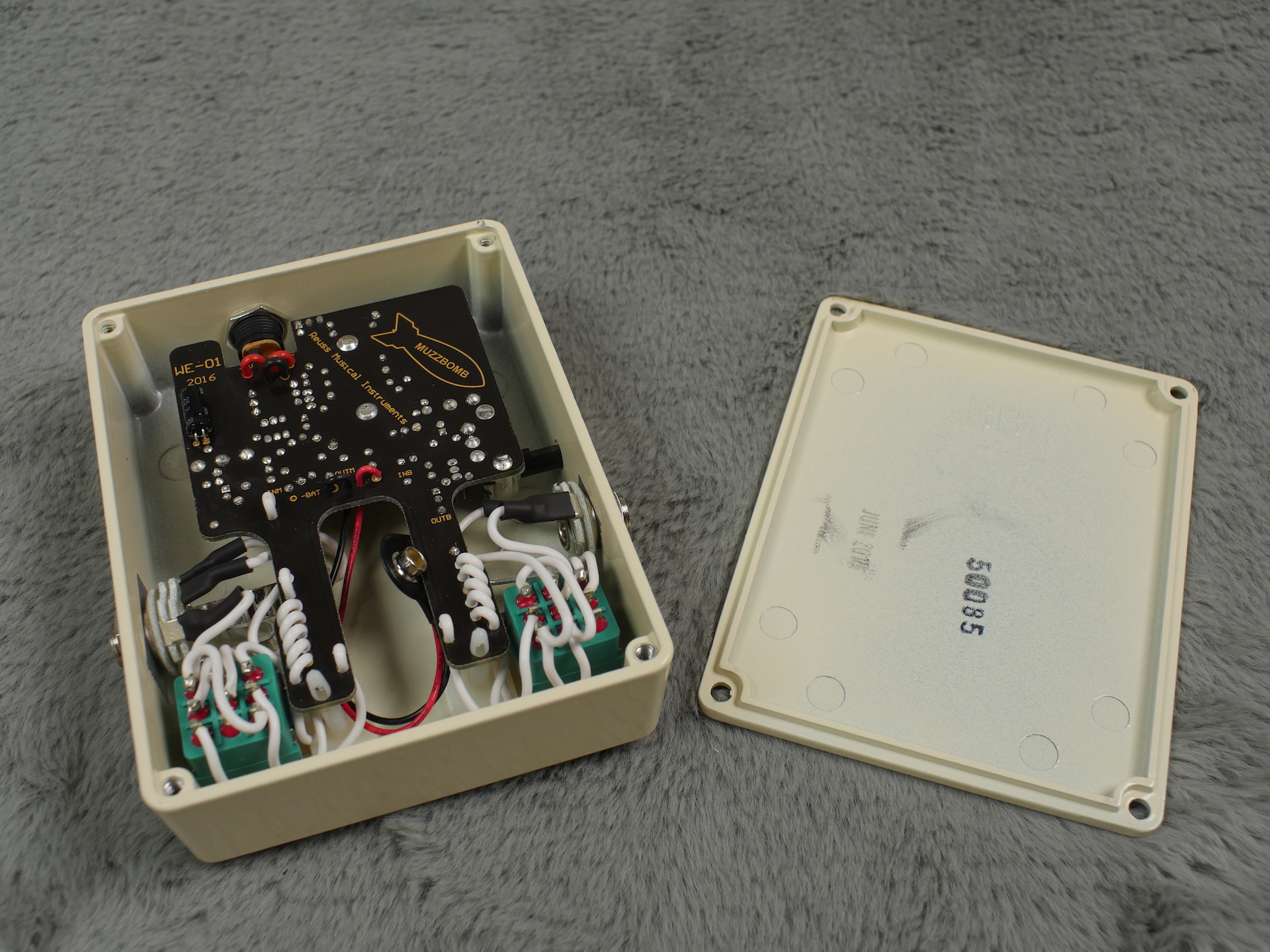 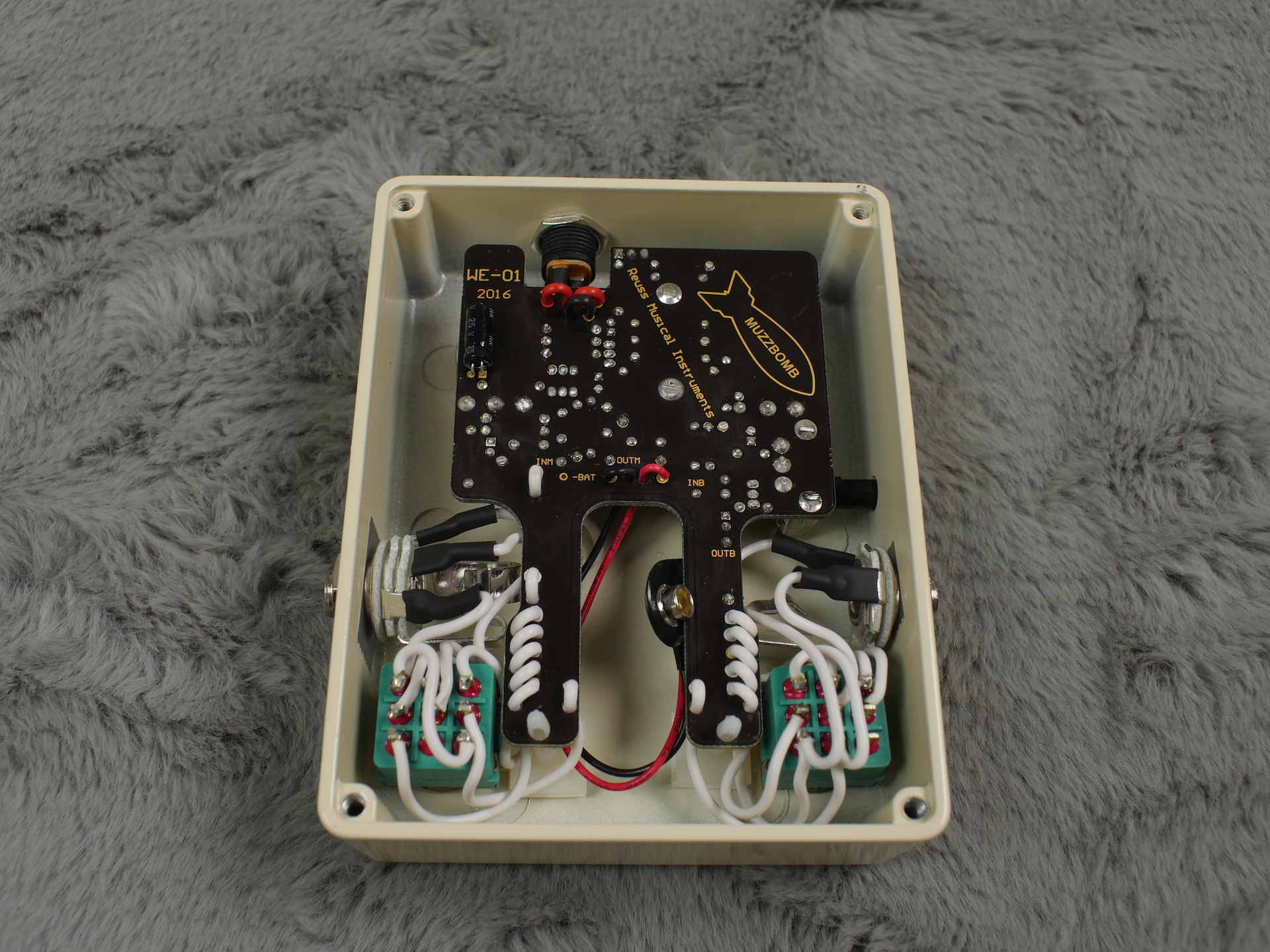 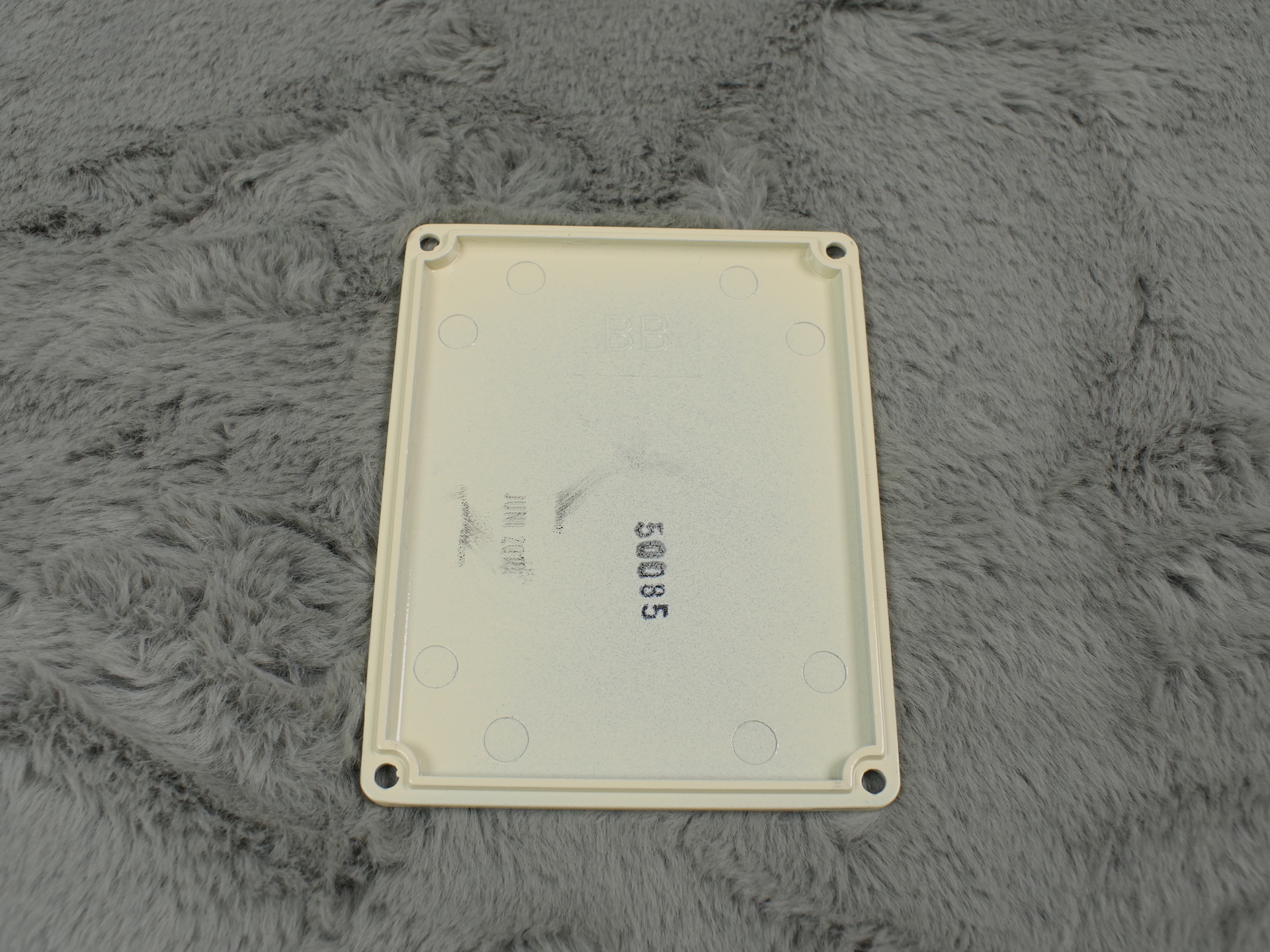