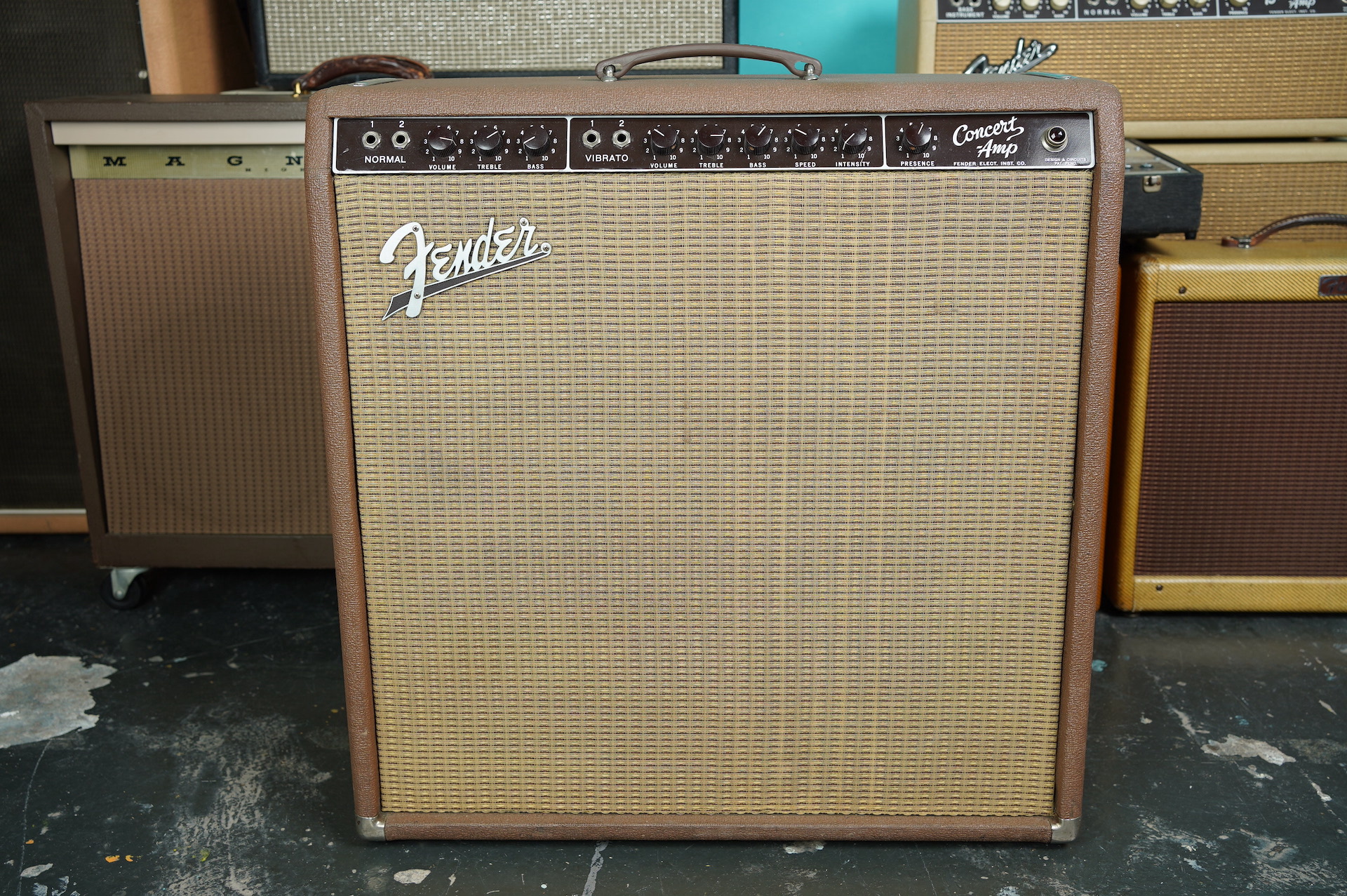 Released as part of the Professional series in 1959, the Concert Amp was intended to replace the Bassman, with both models being built concurrently in 1960. 40 watts with solid state rectification, this particular iteration of the circuit (6G12) was an improvement on the original design with the addition of a 6th preamp tube to aid the vibrato and give the amp more clean headroom.

Cosmetically this amp is in stunning condition. There aren’t any tears or substantial marks to the tolex and the control panel is free of any chips. The grill cloth has been replaced but the metal Fender logo is correct.

As you expect from any early 60’s Fender amp, this is a tonal monster. Reactive and a lots of fun to play, the tremolo circuit is the icing on the cake.

Looks and tone to die for, grab this before it gets away. 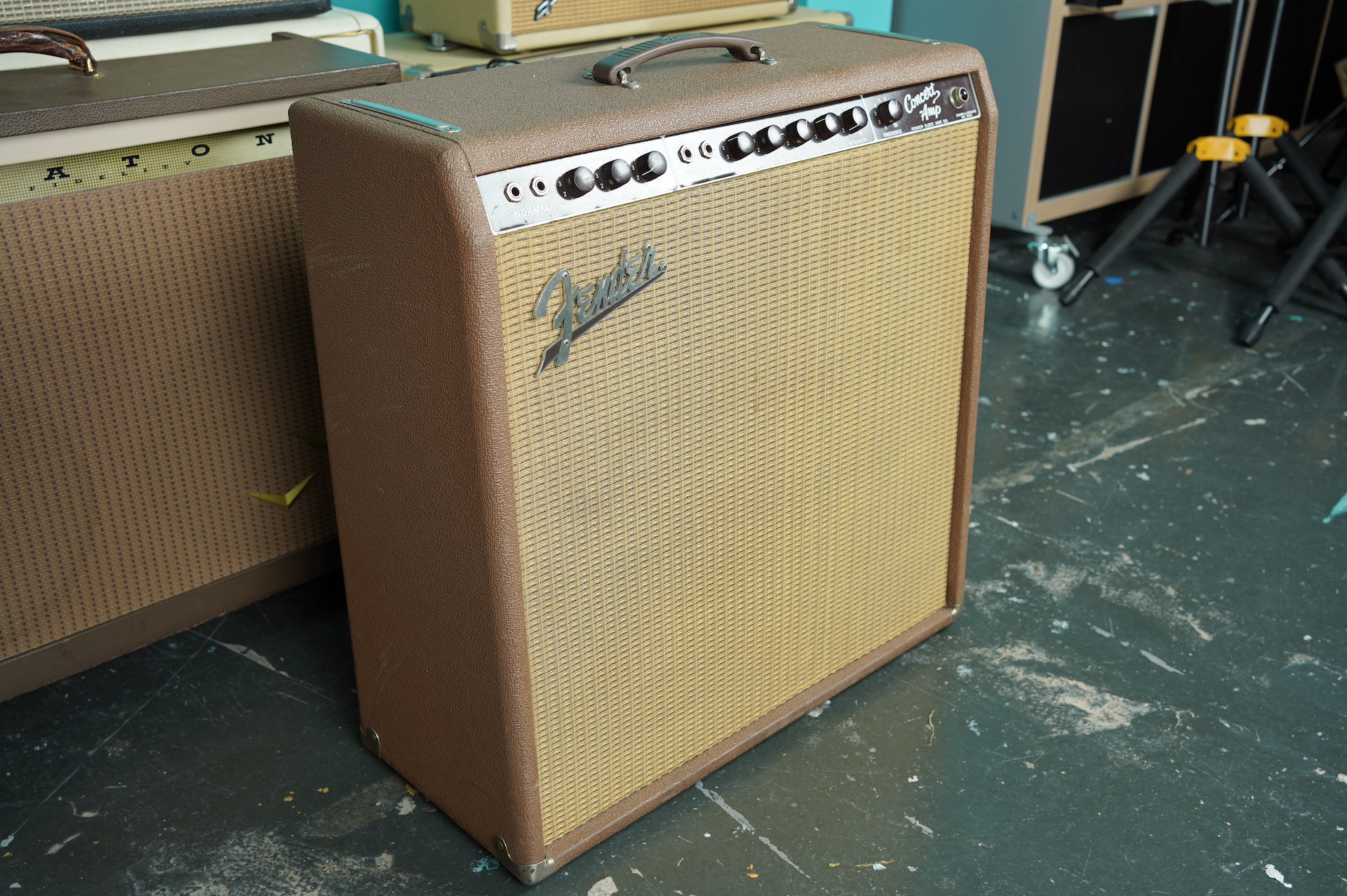 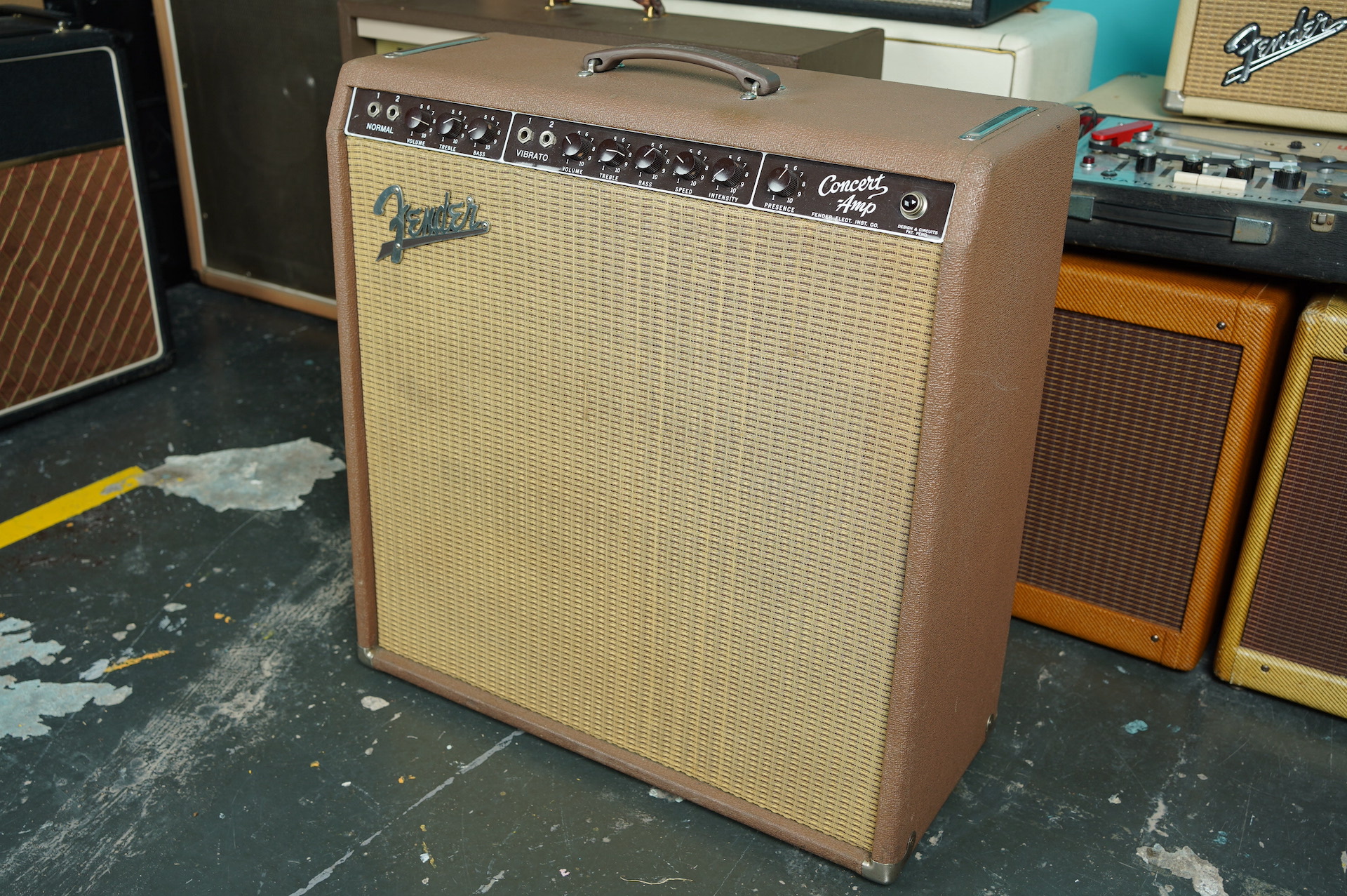 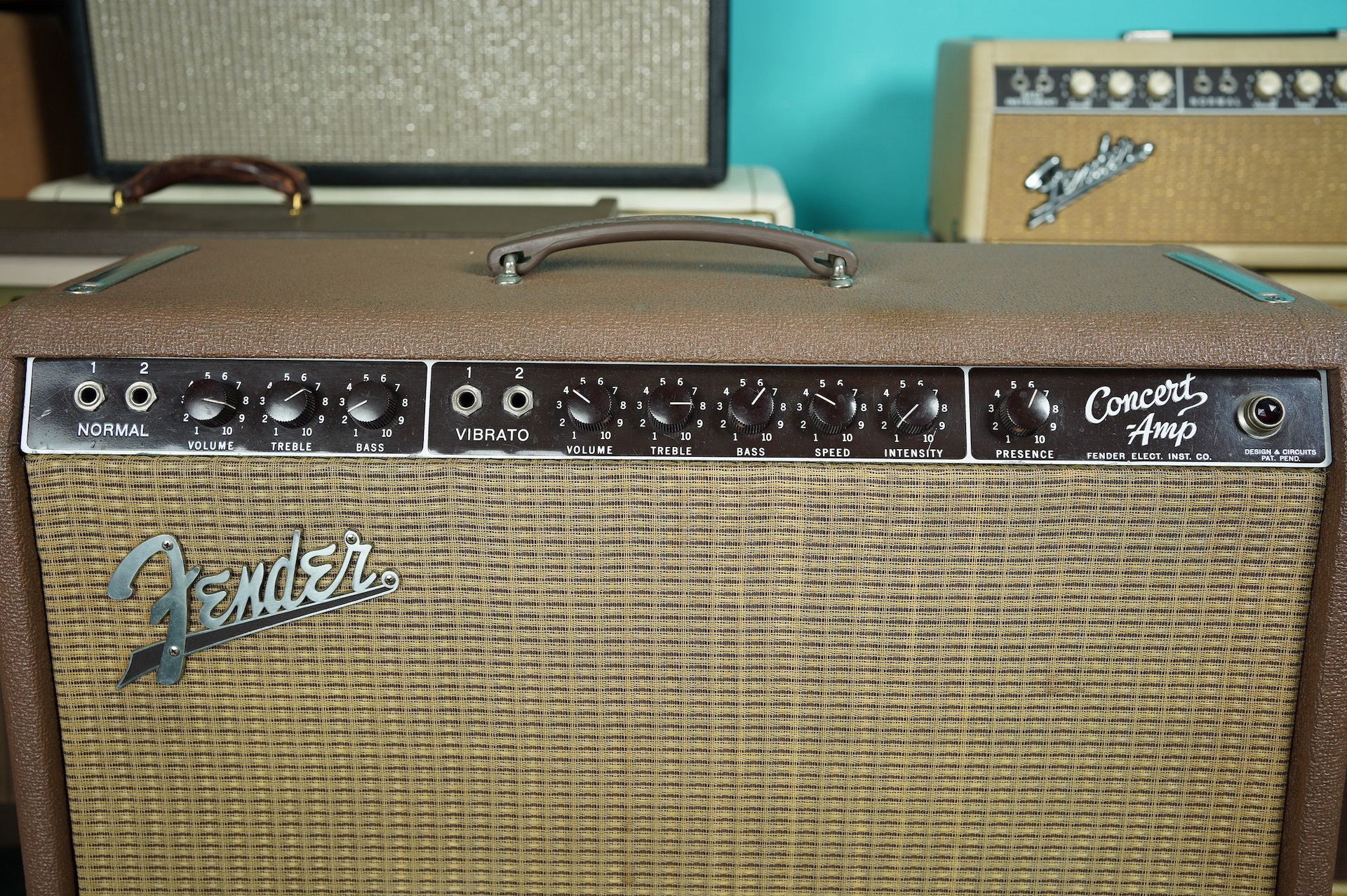 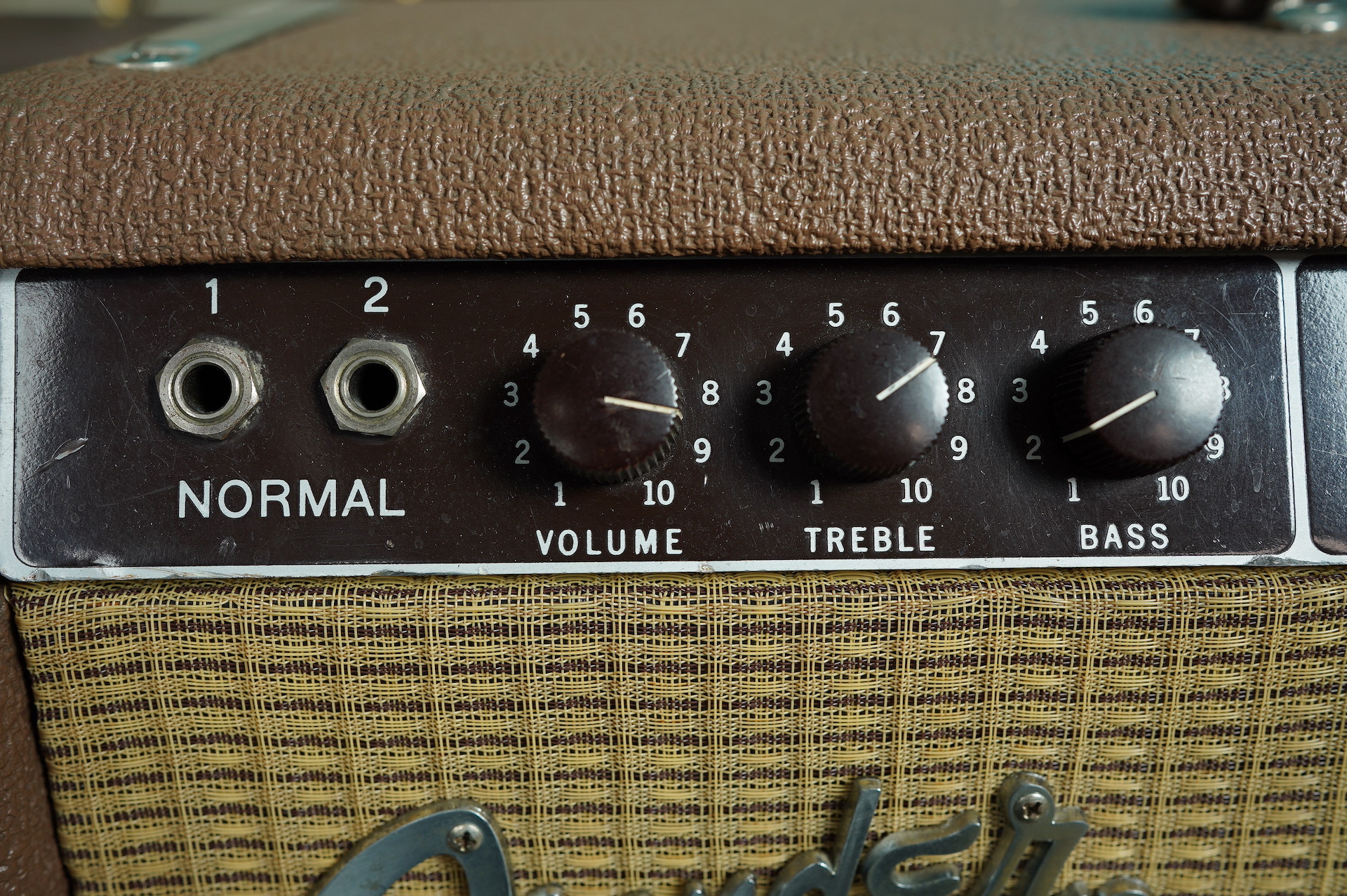 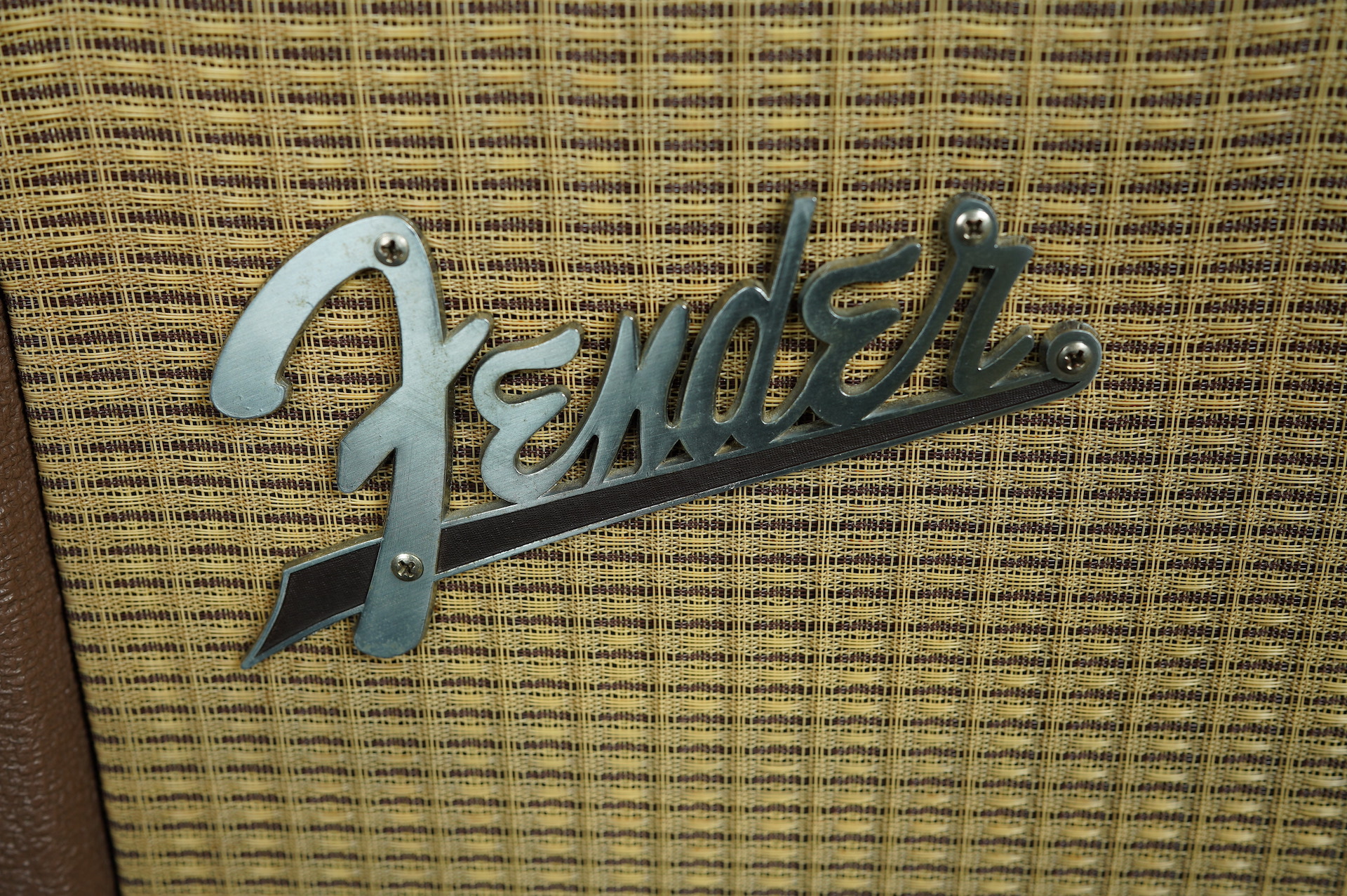 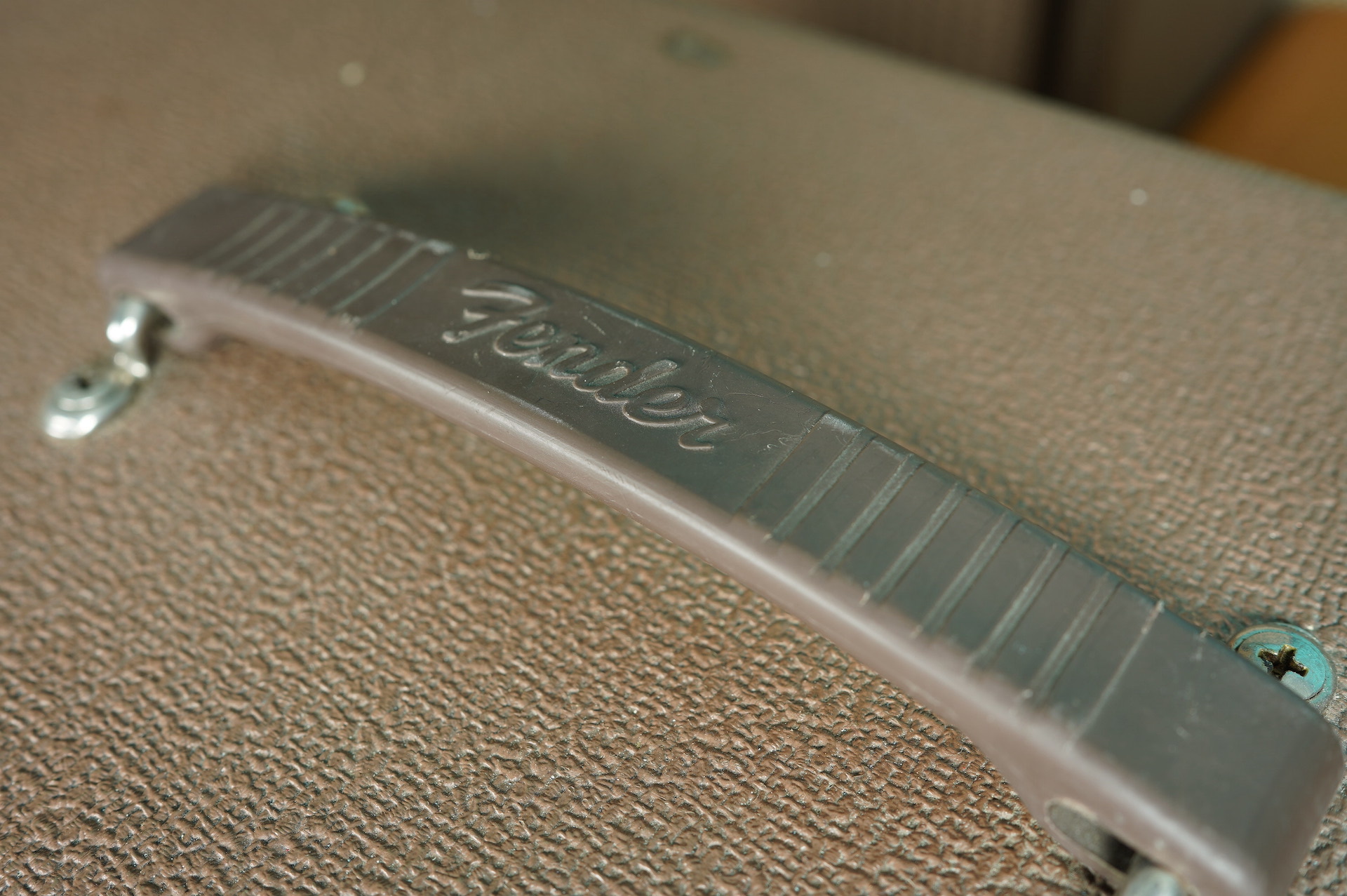 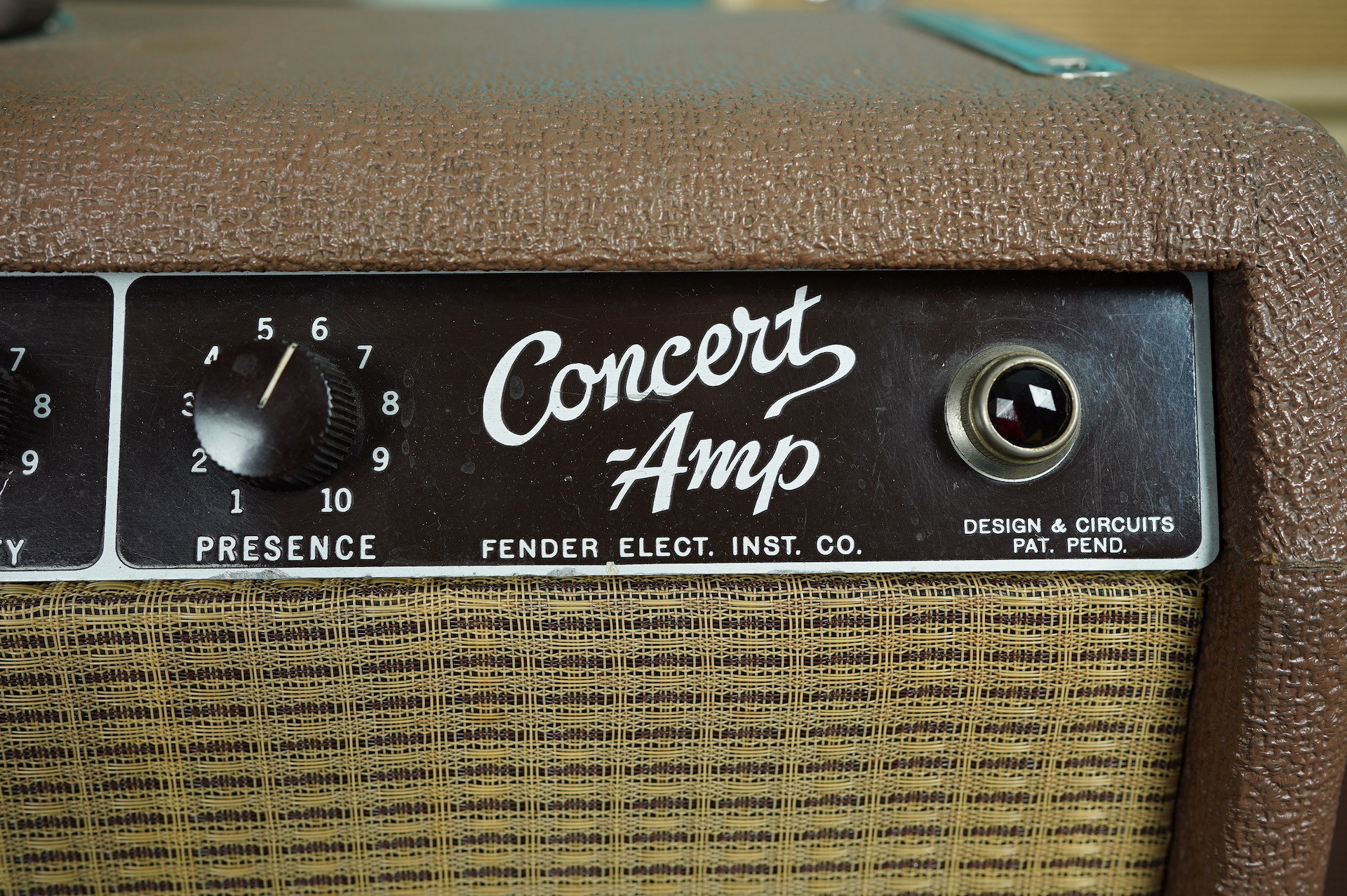 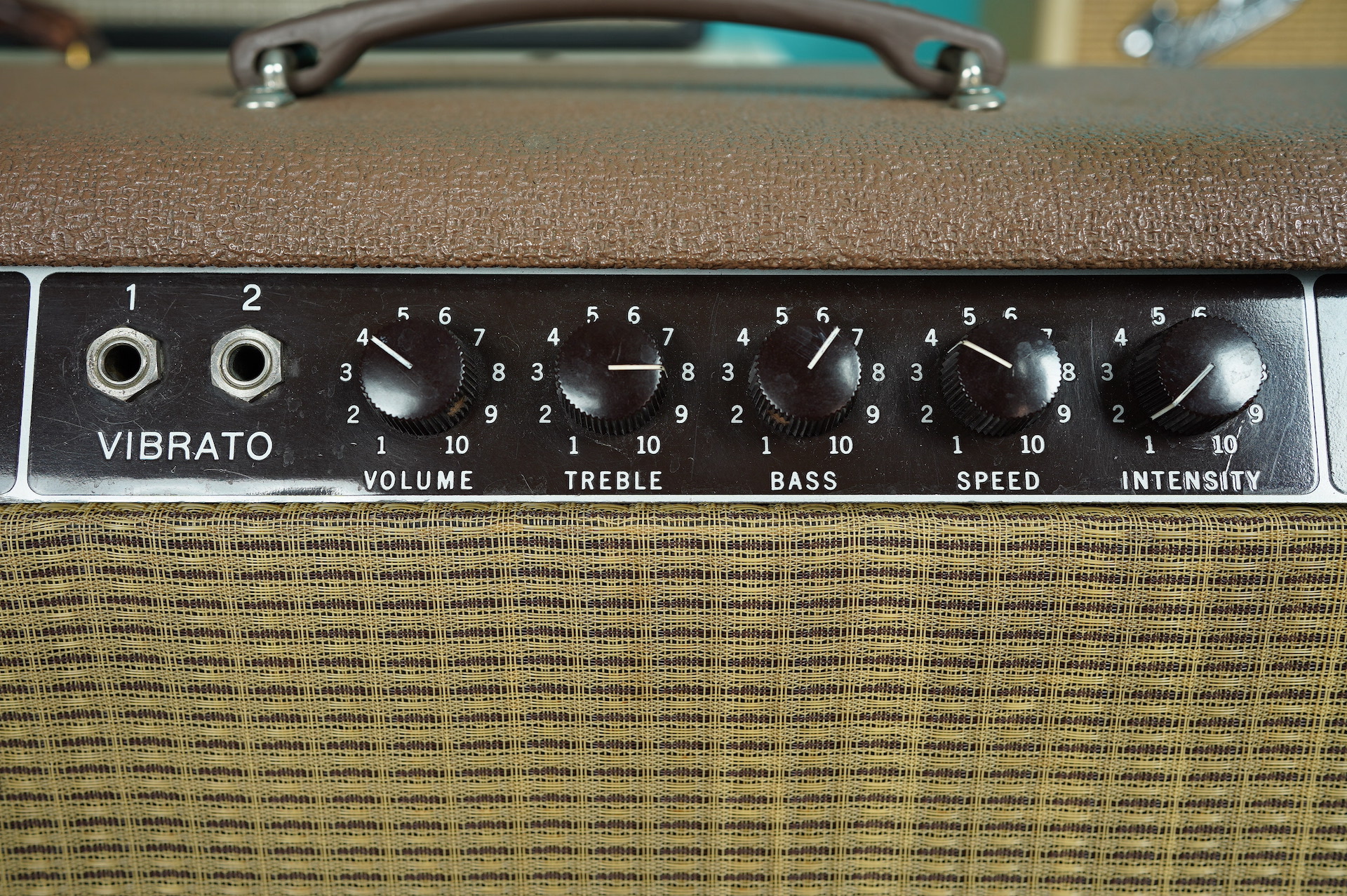 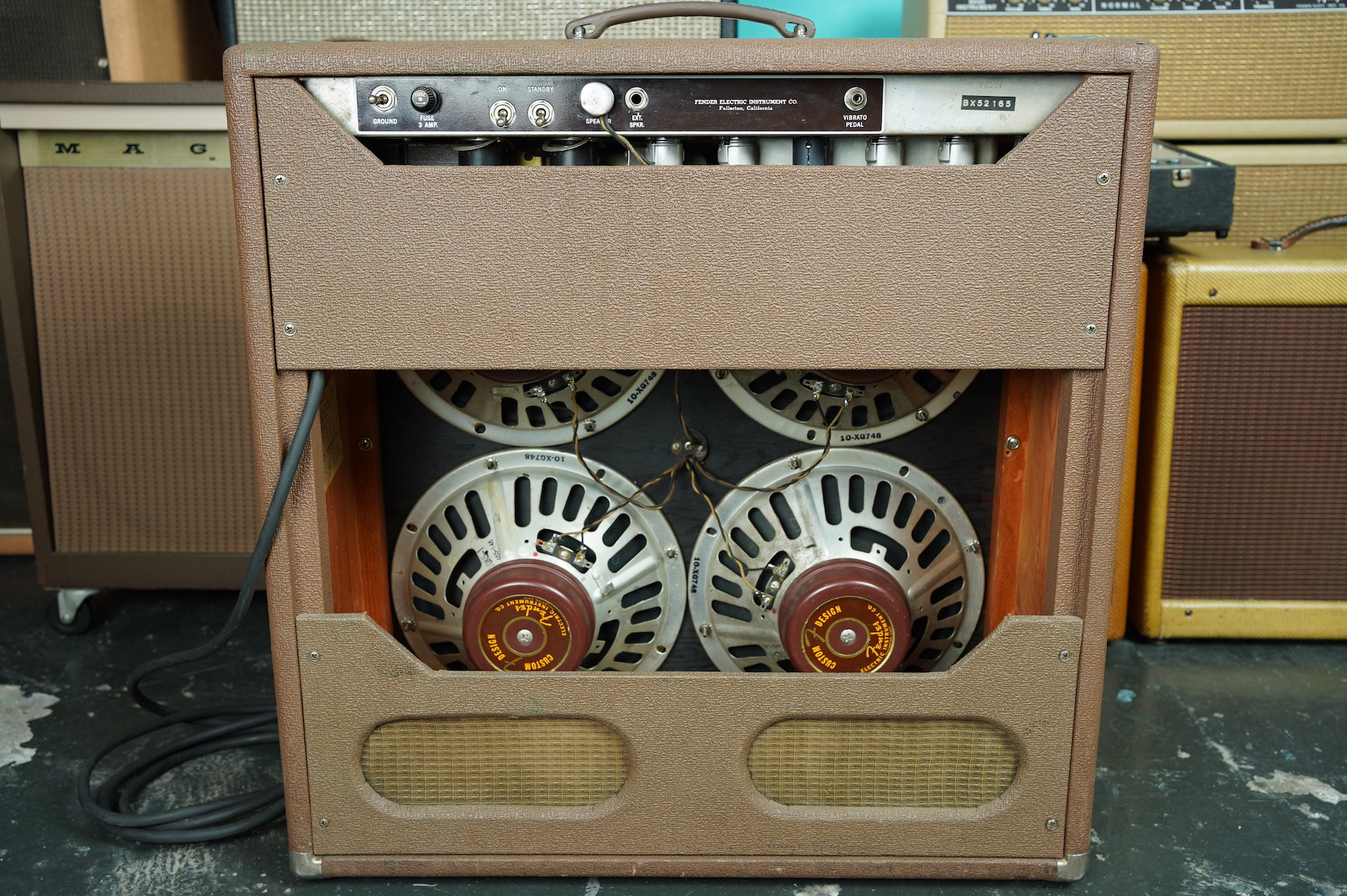 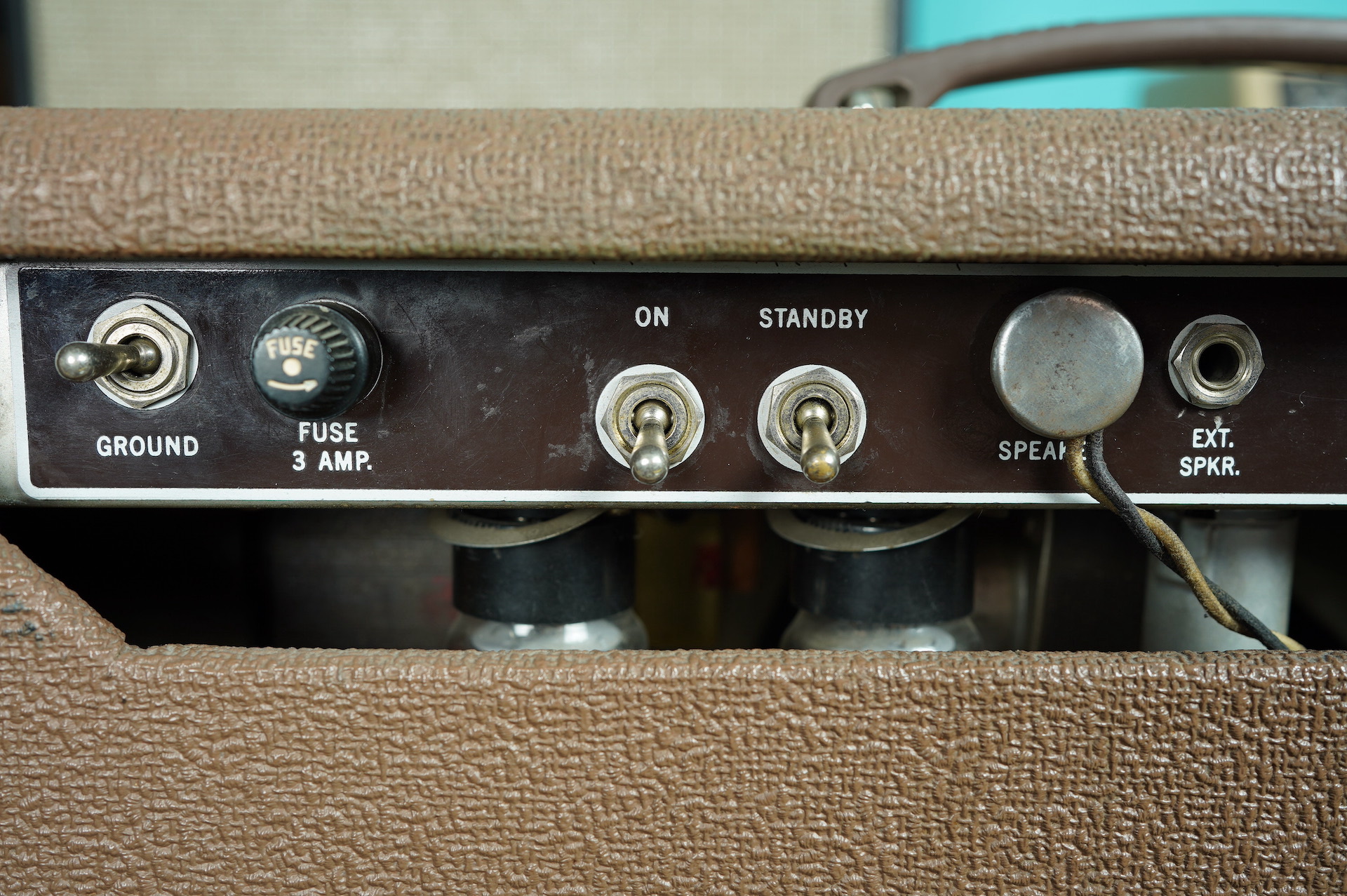 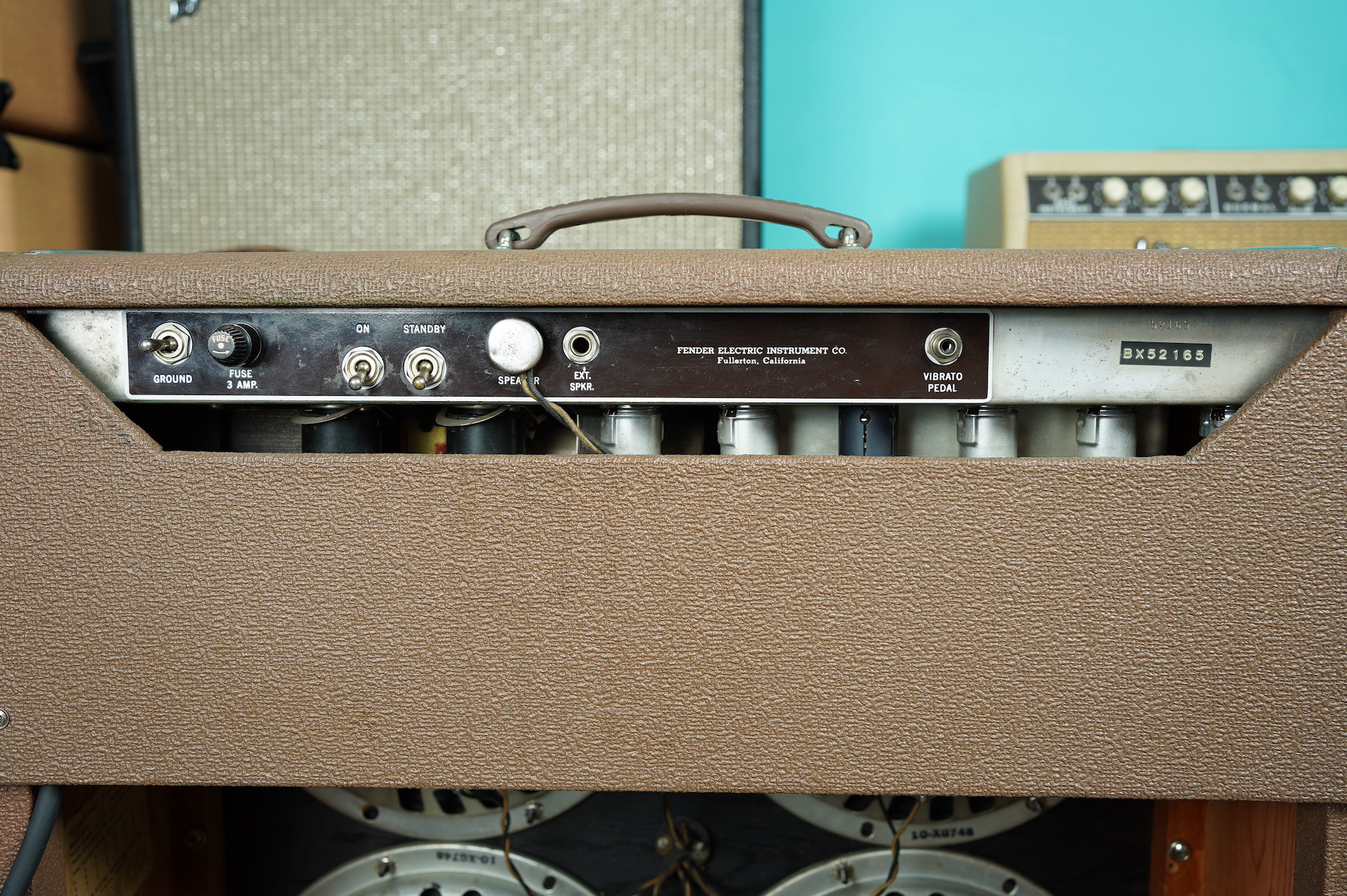 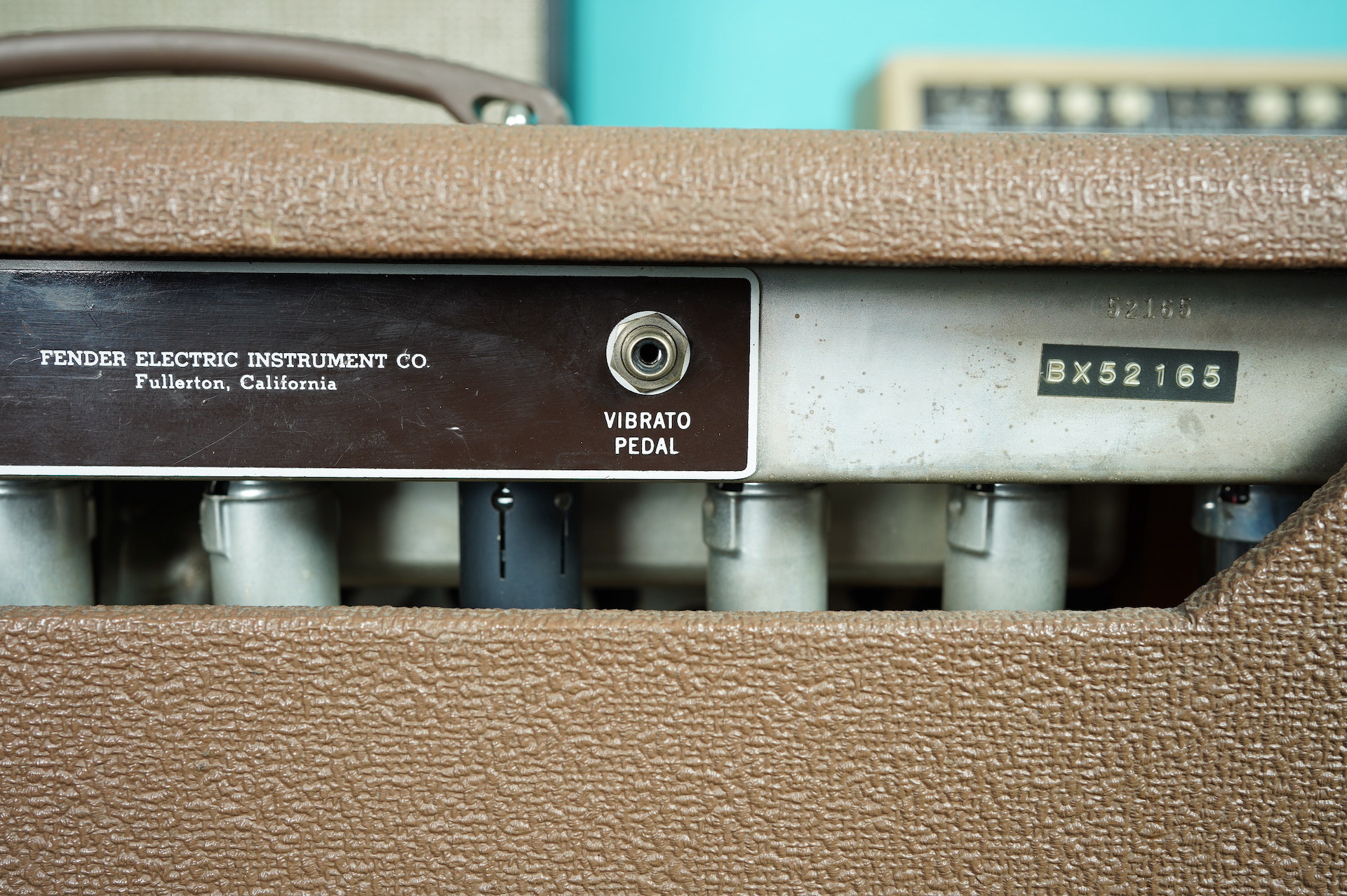 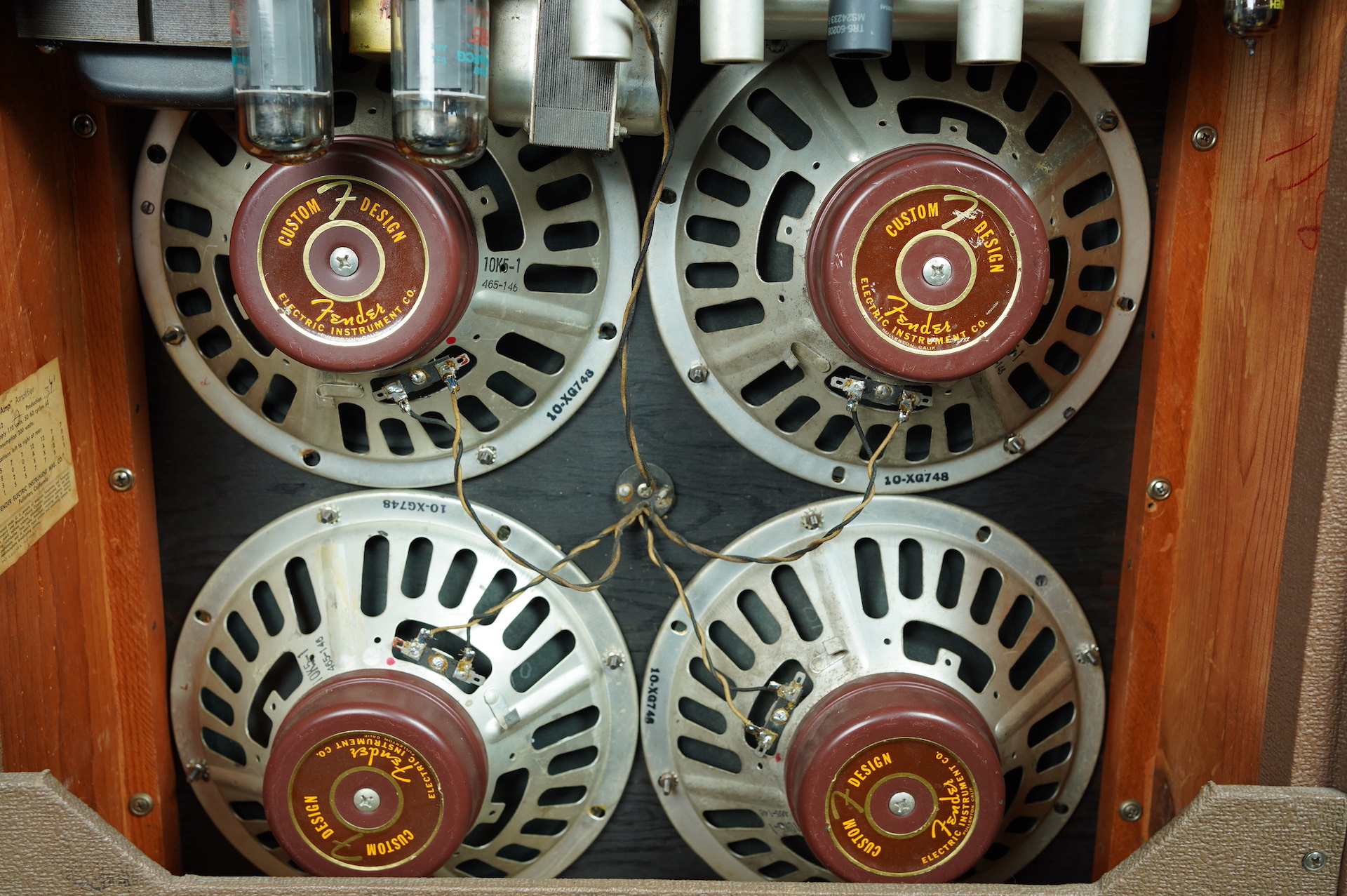 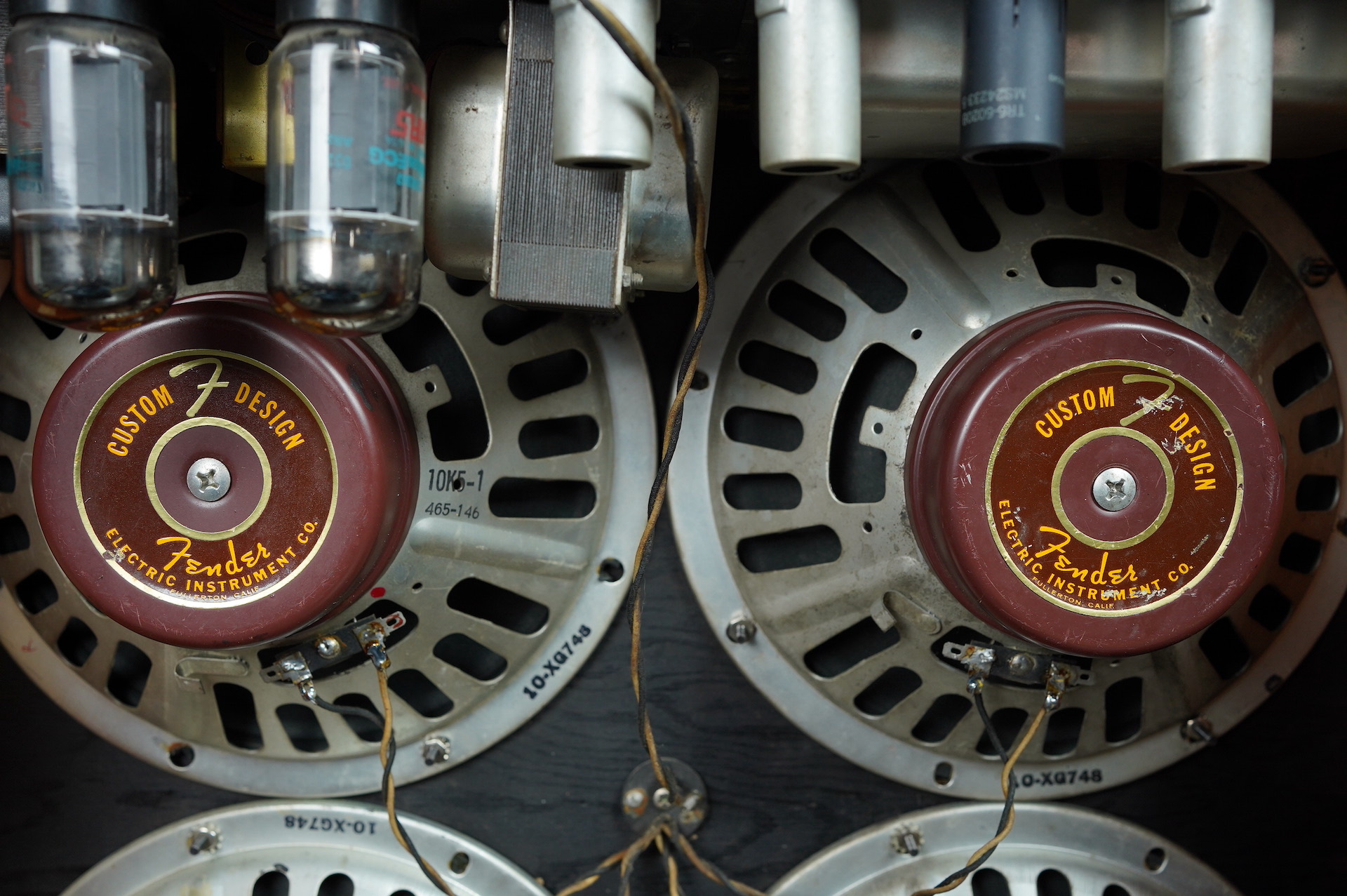 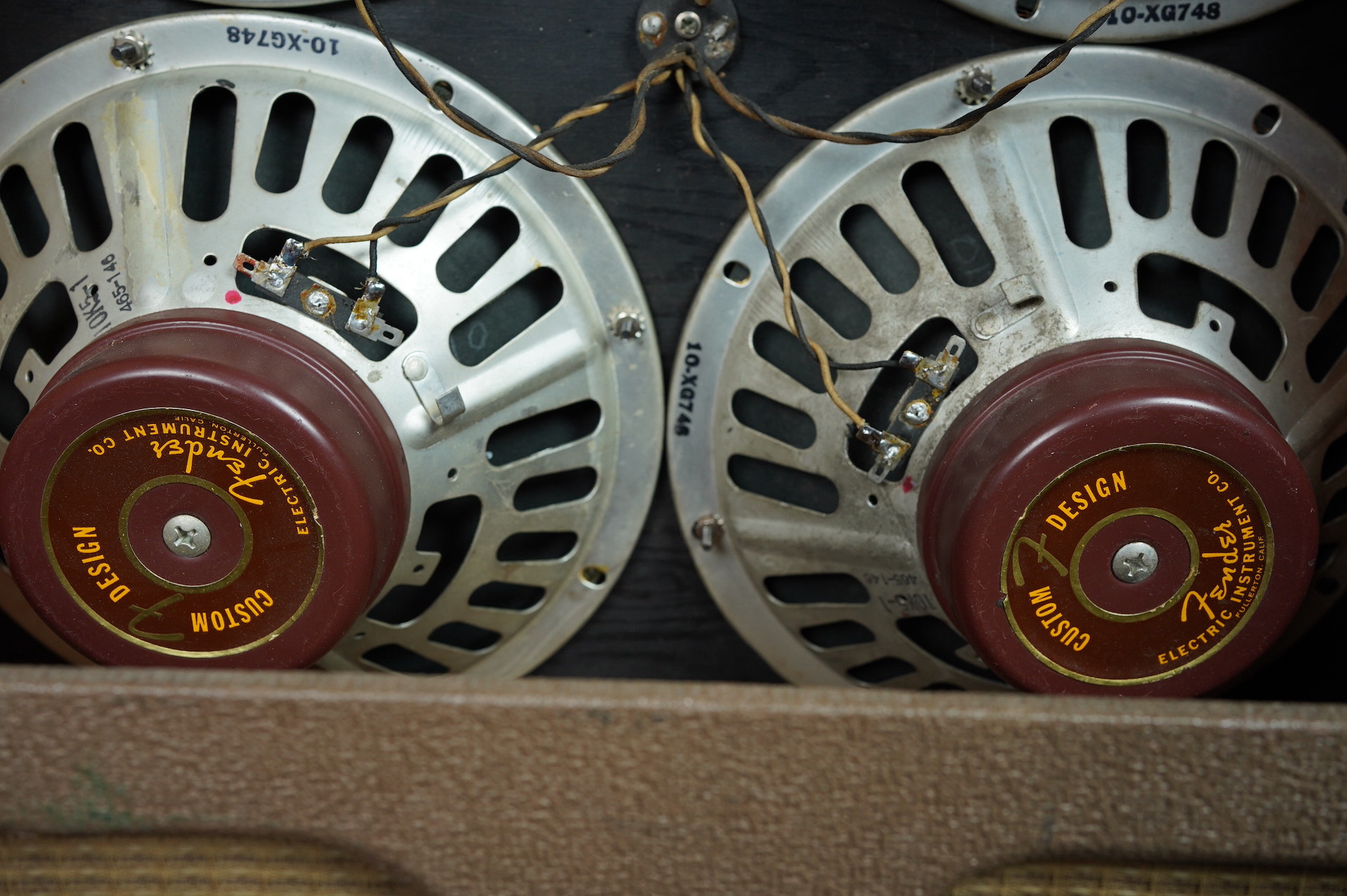 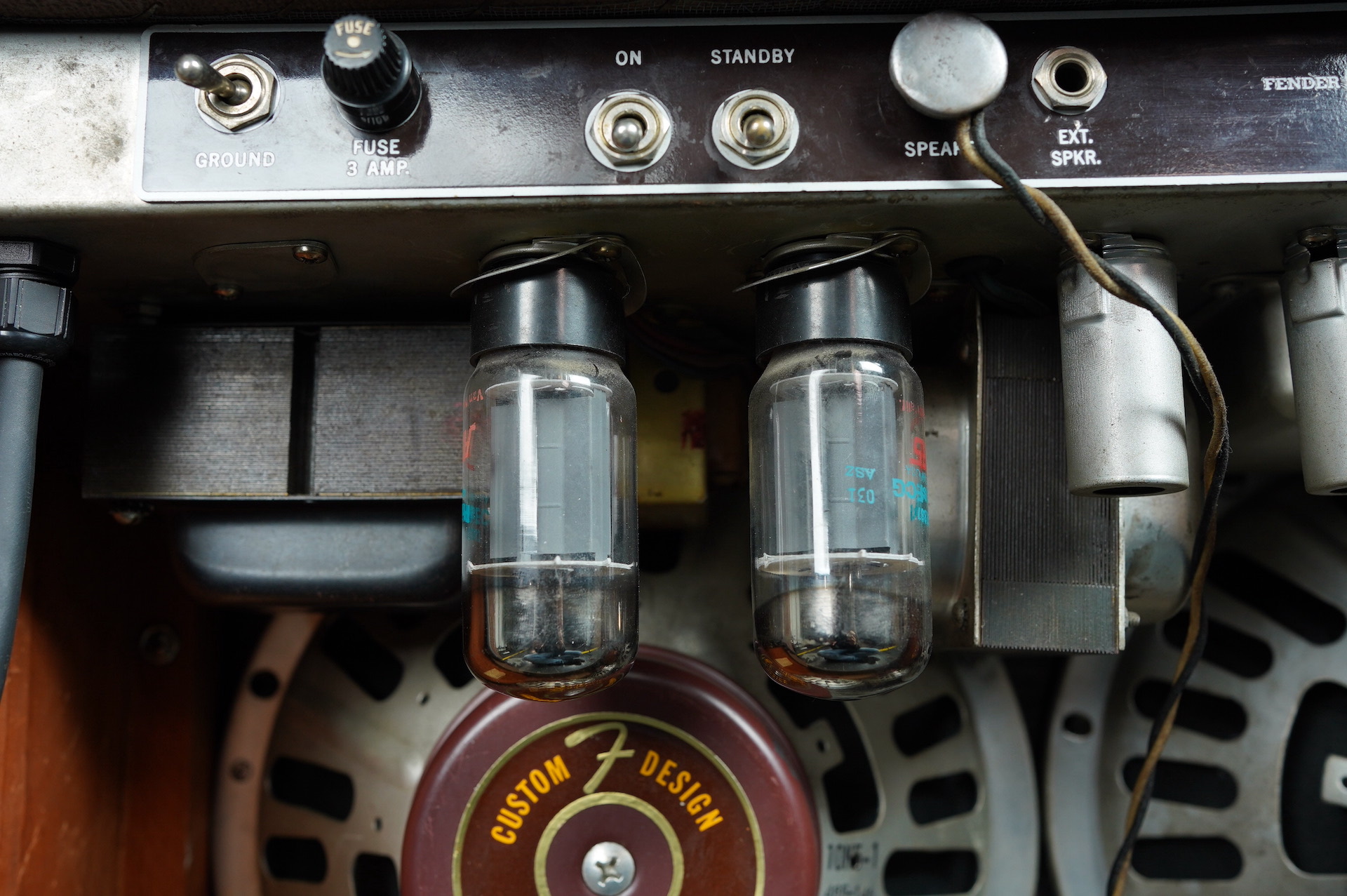 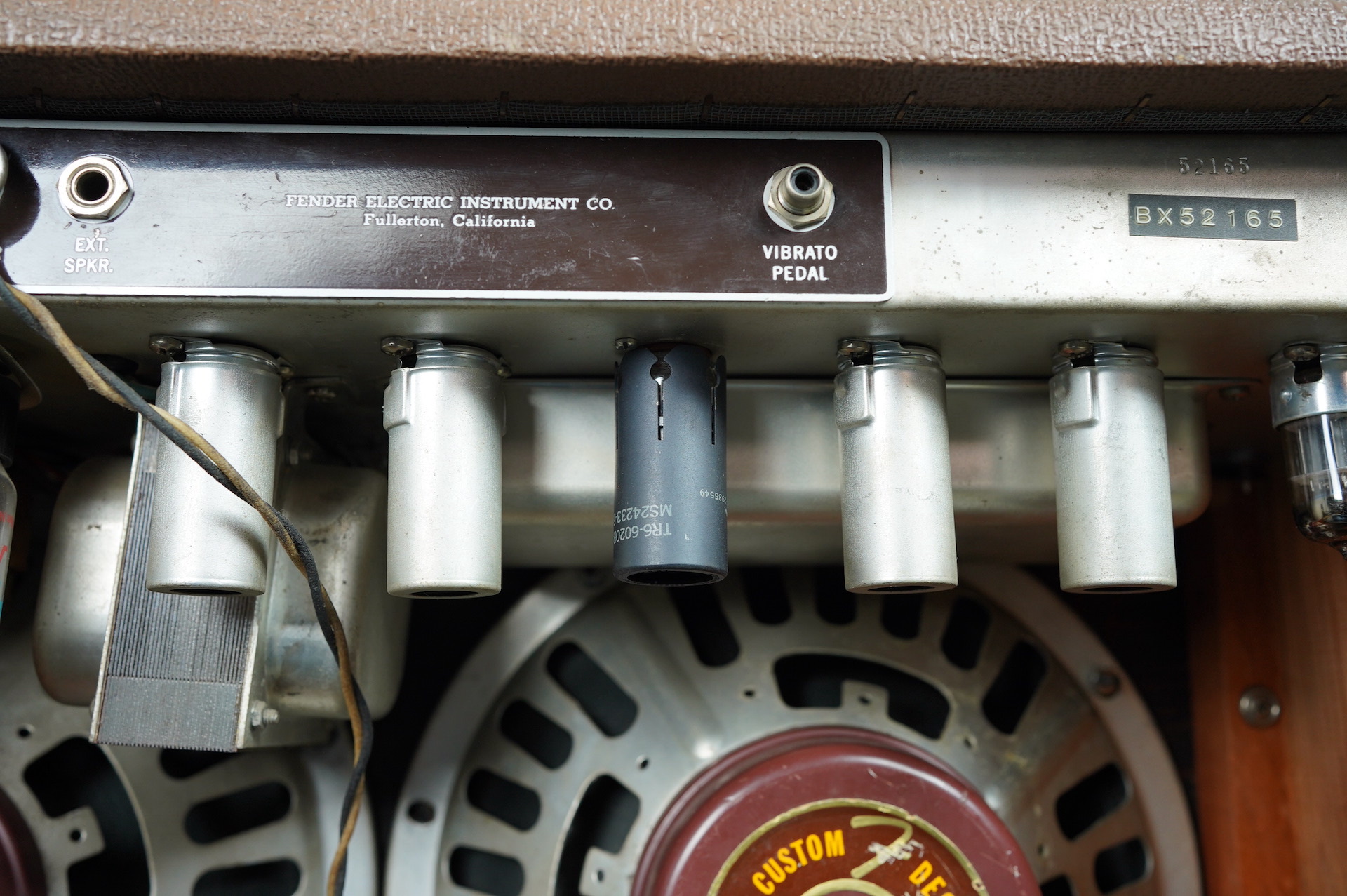 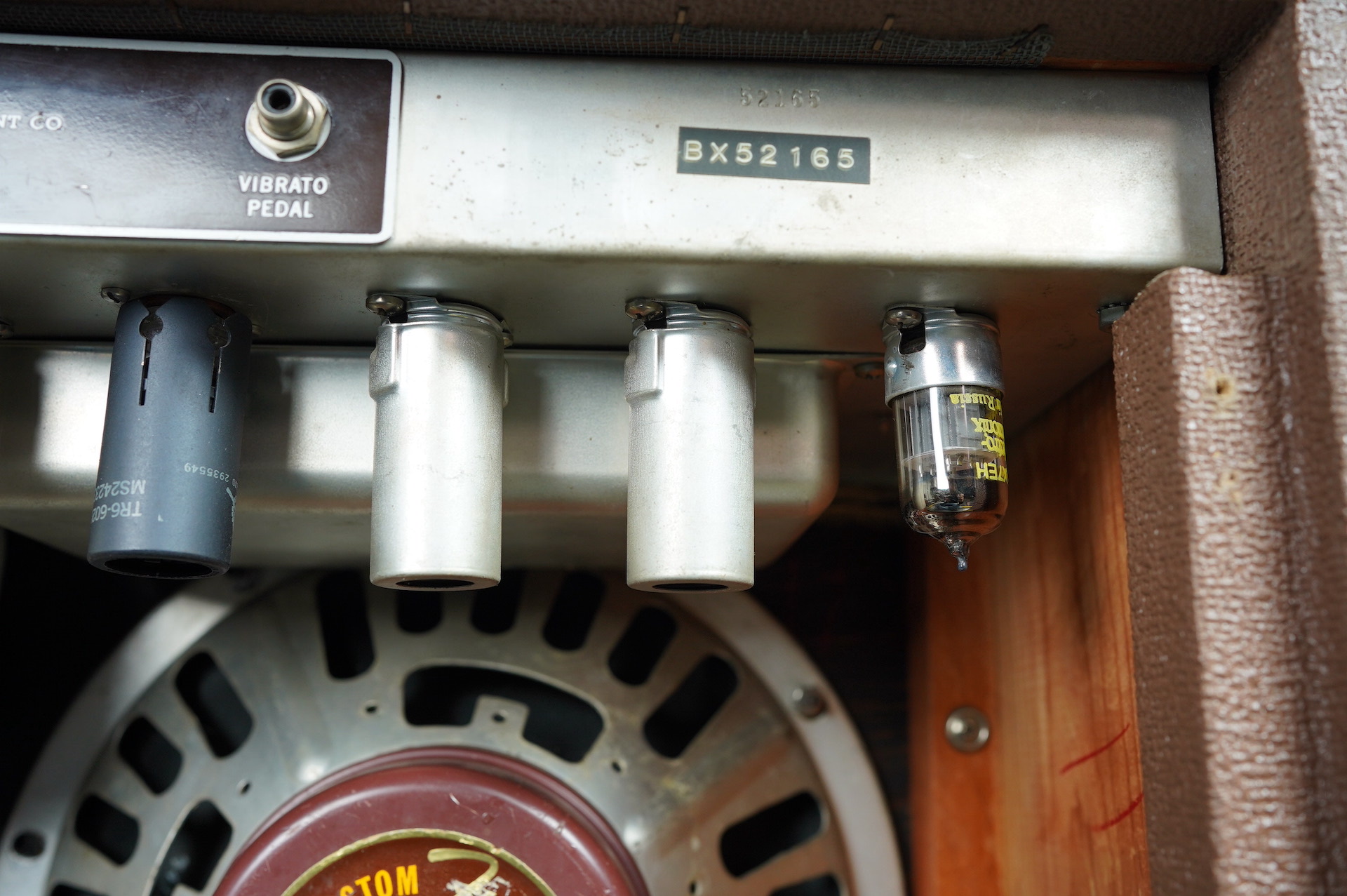 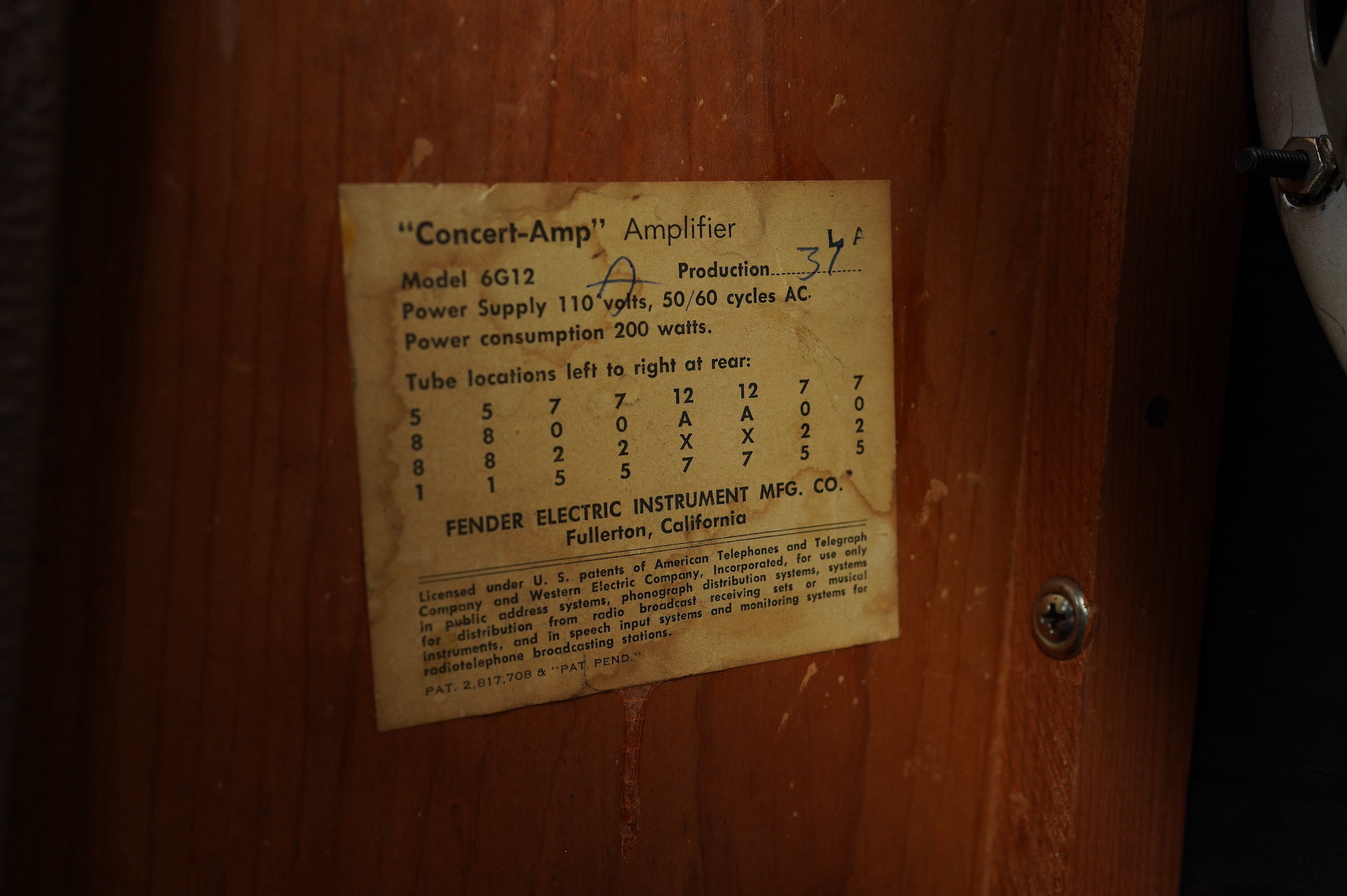 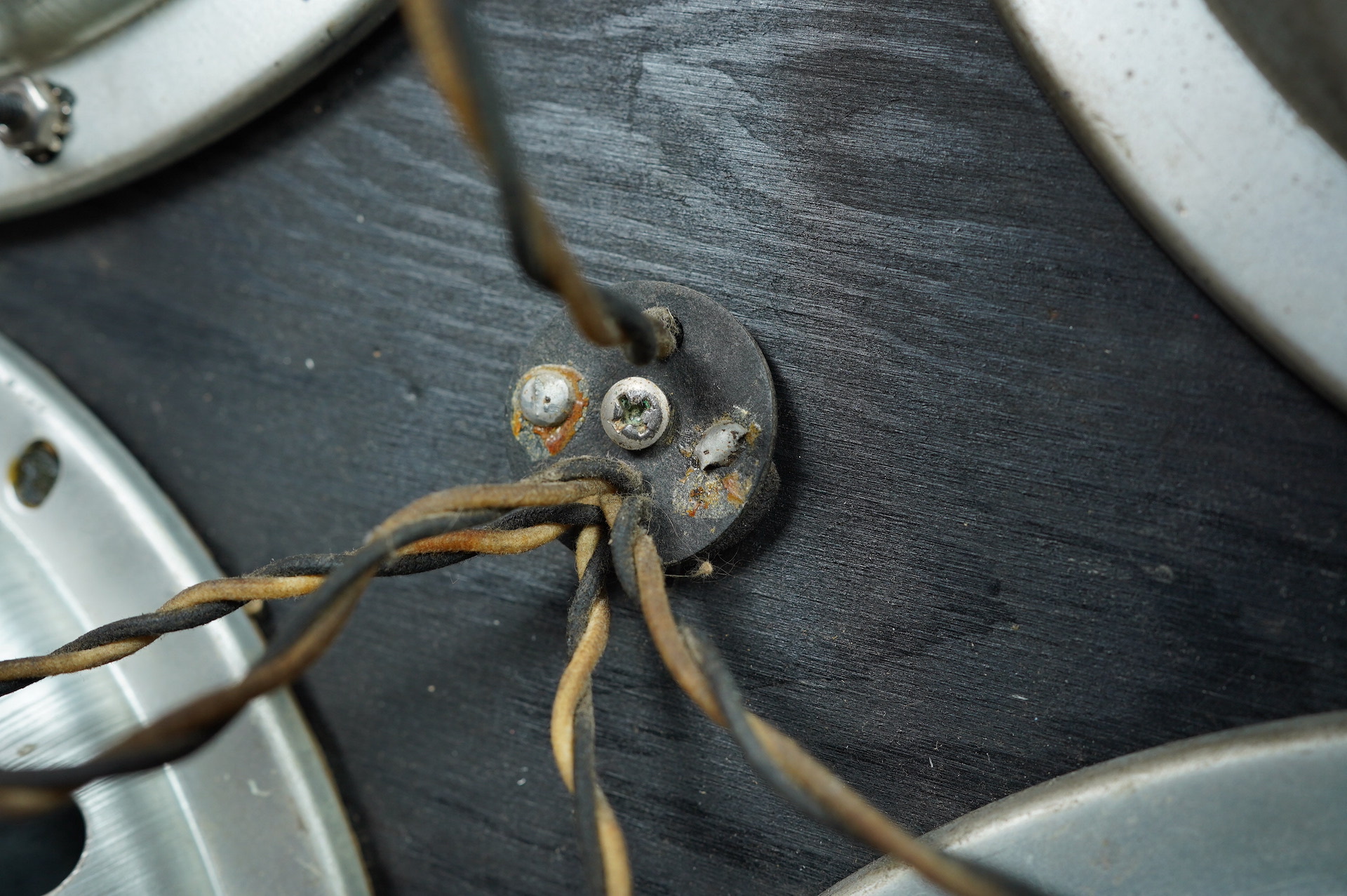 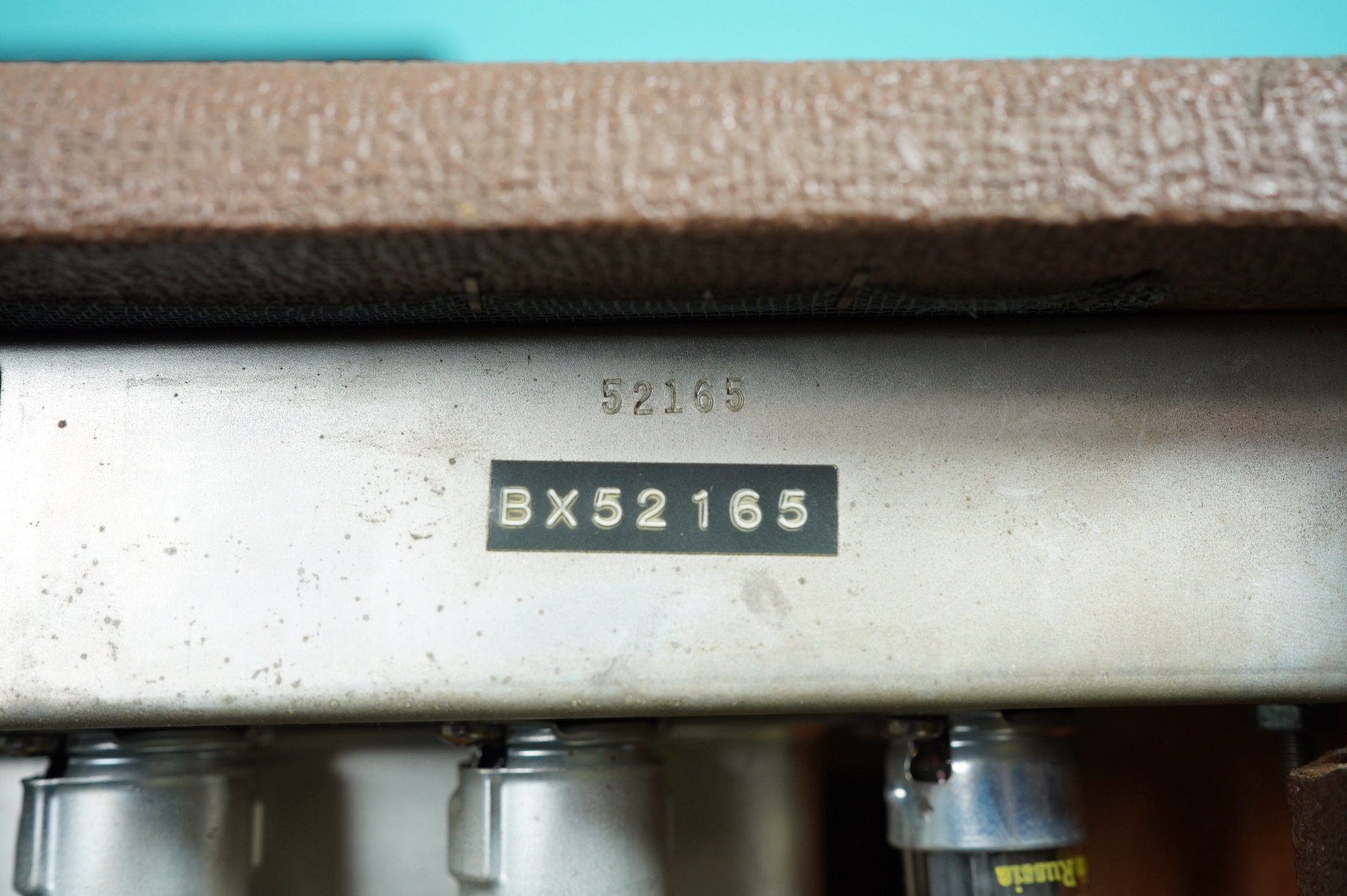 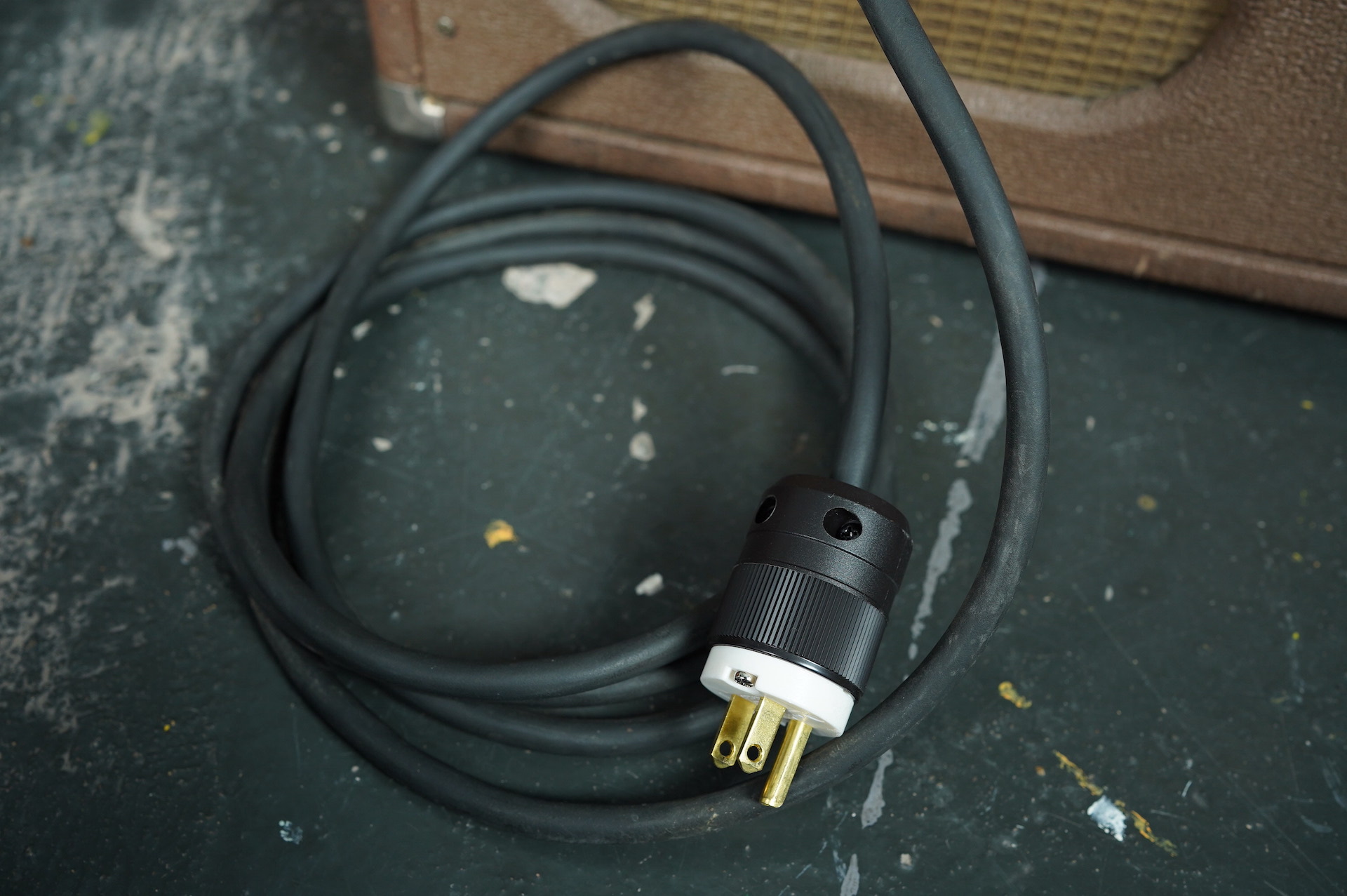