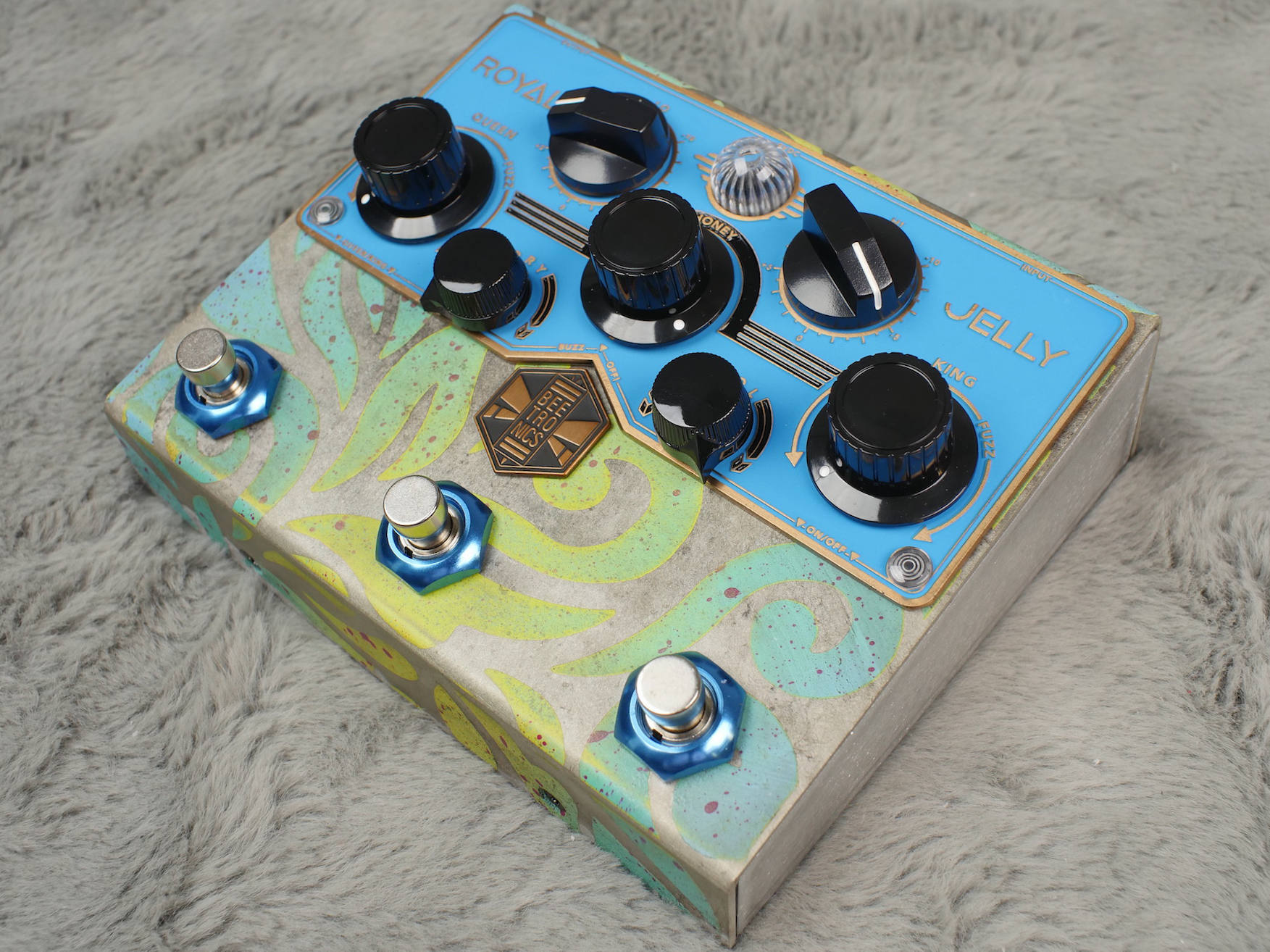 2 of 10 Limited Edition ‘Algas’ finish, these are only available to a select few dealers in Europe so we are very proud to have them here at ATB Guitars

What we think…. The cream of the crop, the ROYAL JELLY is not only an overdrive/fuzz blender pedal, its two. Tone shaping with the active eq and foot switchable high end boost for the fuzz circuit lets you shape your sound into something unique. The addition of a dry blend introduces your clean signal for further tonal exportation, particularly useful for bass to retain low end definition. This is the good stuff

A word from the manufacturer…. A ton of sweet spots. roy·al jel·ly - a substance secreted by honeybee workers and fed by them to larvae that are being raised as potential queen bees. The Royal Jelly is an overdrive/fuzz blender like no other pedal. It can cover any ground from overdrive to fuzz, running two circuits in parallel and giving you the possibility of blending it or having them separately. Natural transitions. It also has two presets of the blend, called Queen and King. The presets allow you not only to have two different sounds on the fly, but also make for a very natural transition between them, since instead of switching pedals, you are mixing the levels between your overdrive and fuzz. It’s also possible to blend in your dry signal, a great feature for bass, drums and synths or any studio use. The sweetest blend. On the guitar the DRY control is great to create unique clean tones with a fuzzy background. The Jelly’s powerful EQ gives you 10dB of cut/boost for HI and LO making it possible to shape your tone in many different ways, while the BUZZ switch adds that nasty high end usually found on the vintage fuzz boxes to its fuzz circuit. The Royal Jelly drips tone and it’s a pedal that can change your approach to overdrive and fuzz. 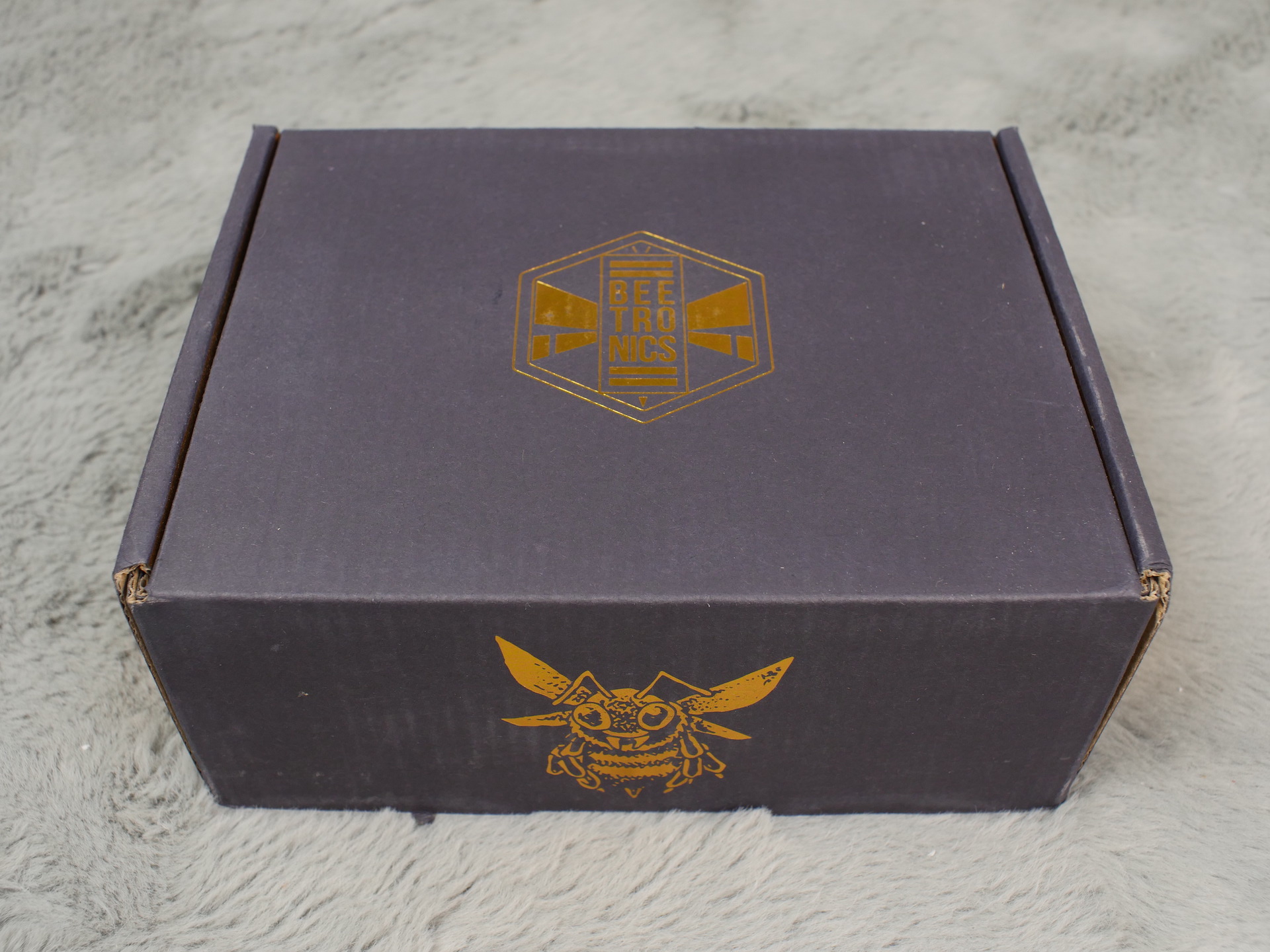 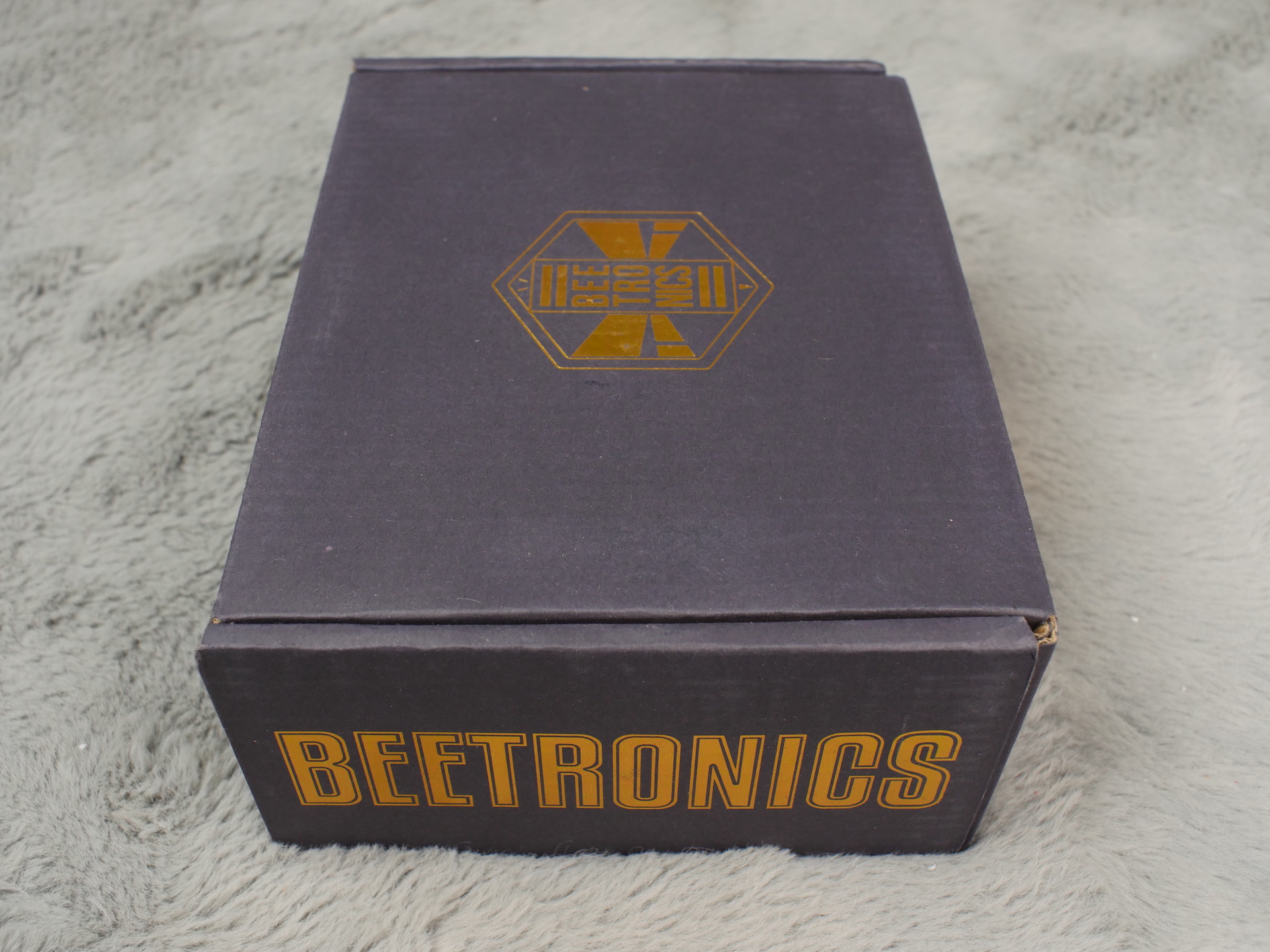 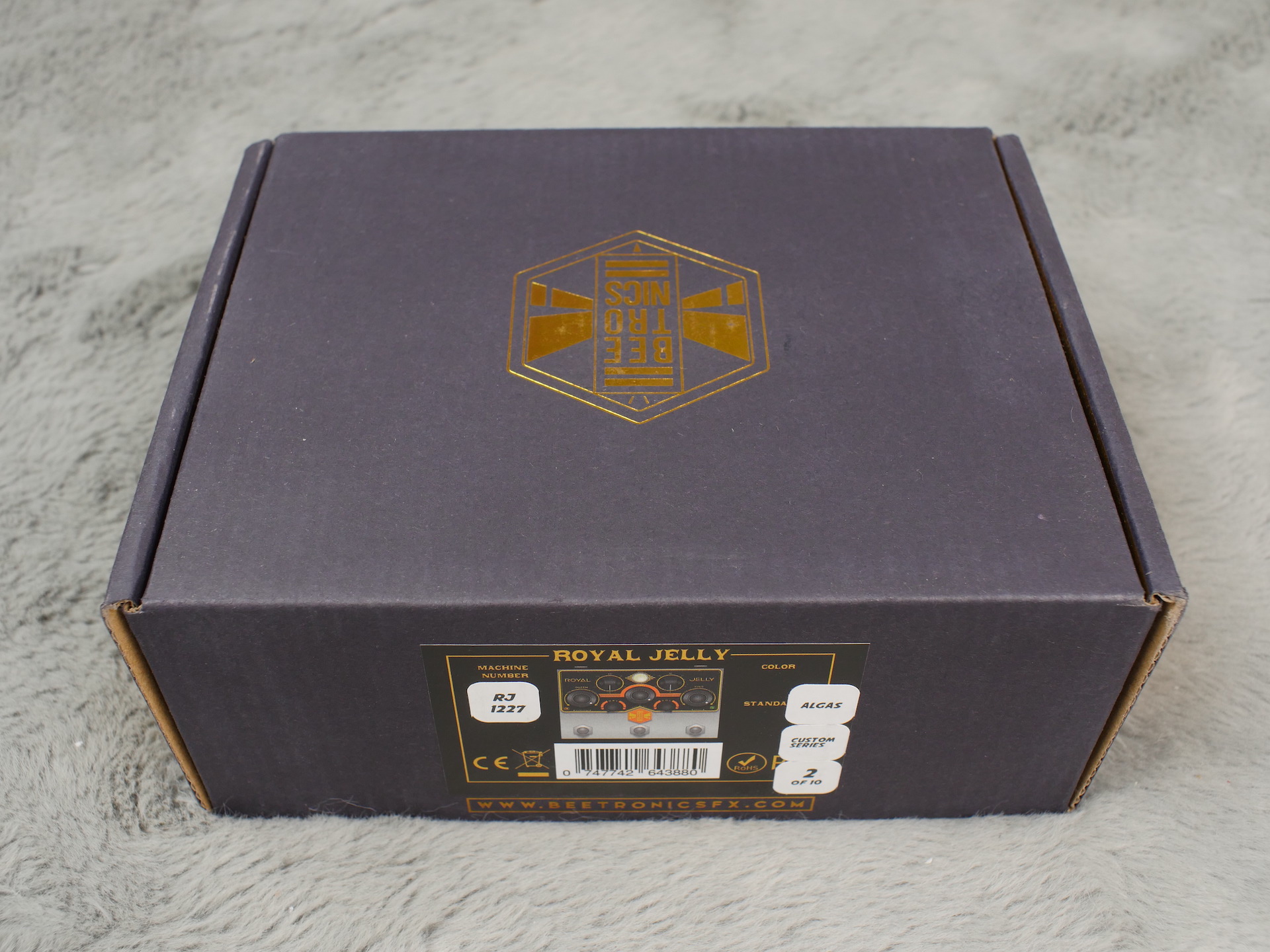 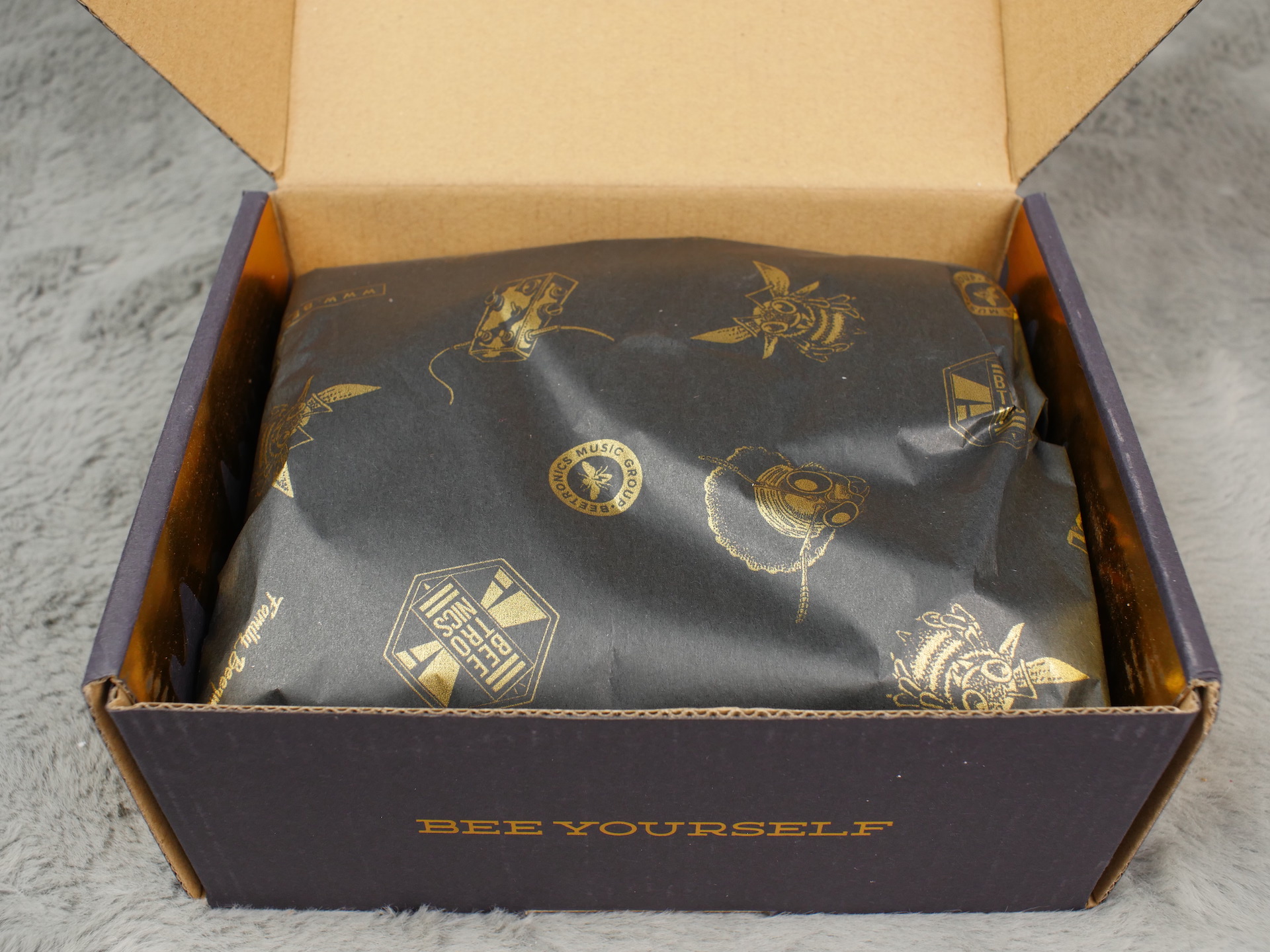 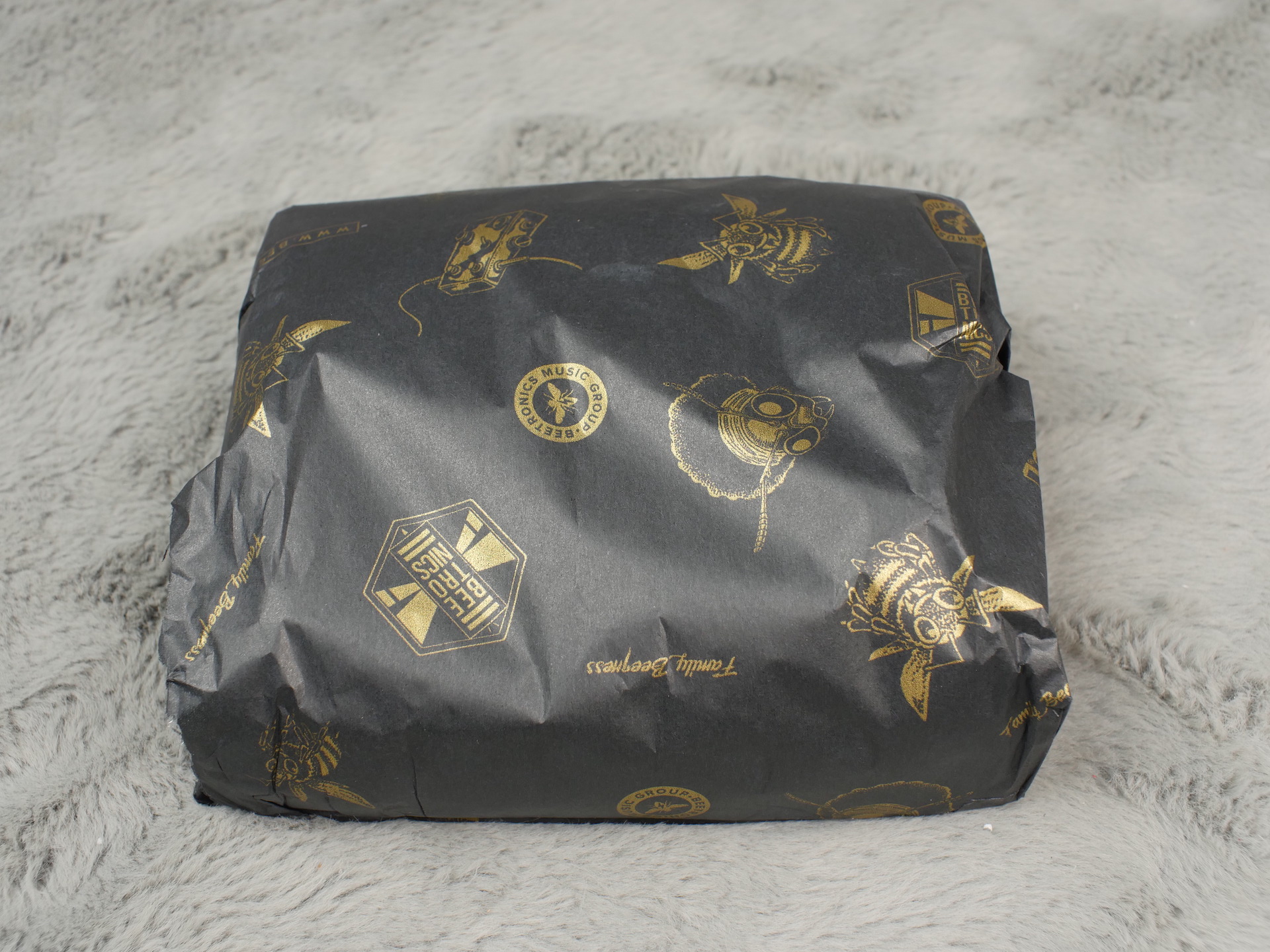 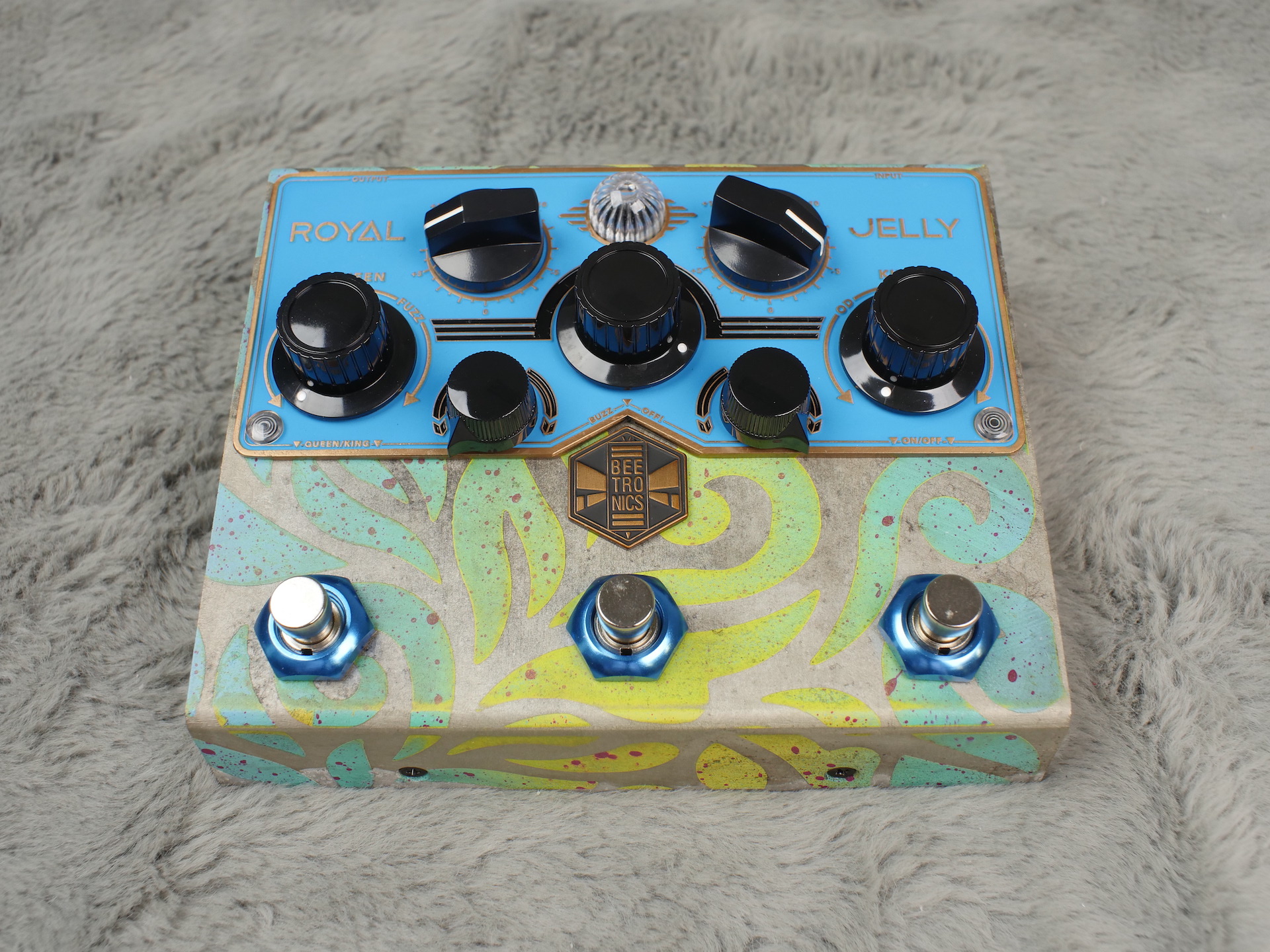 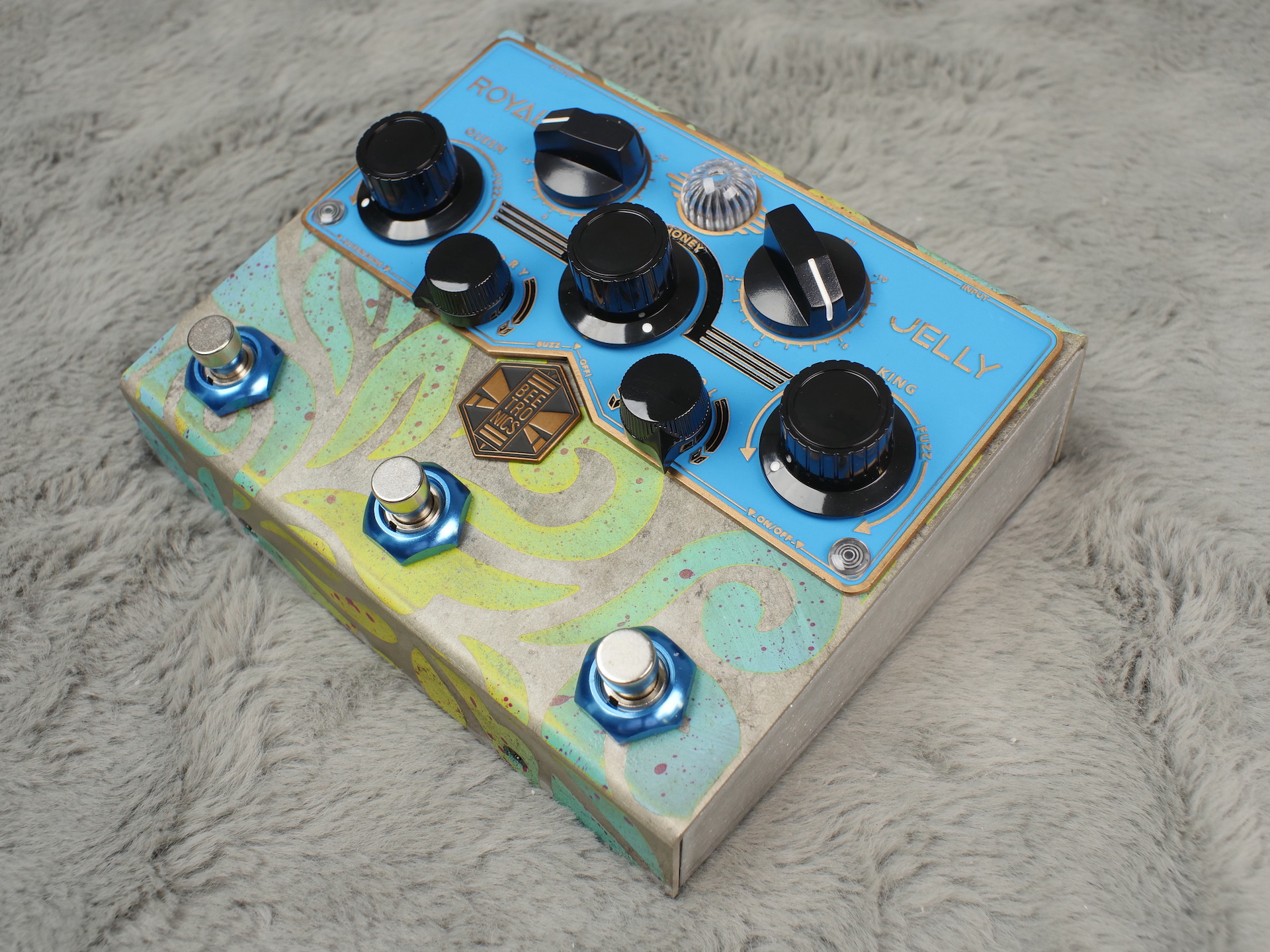 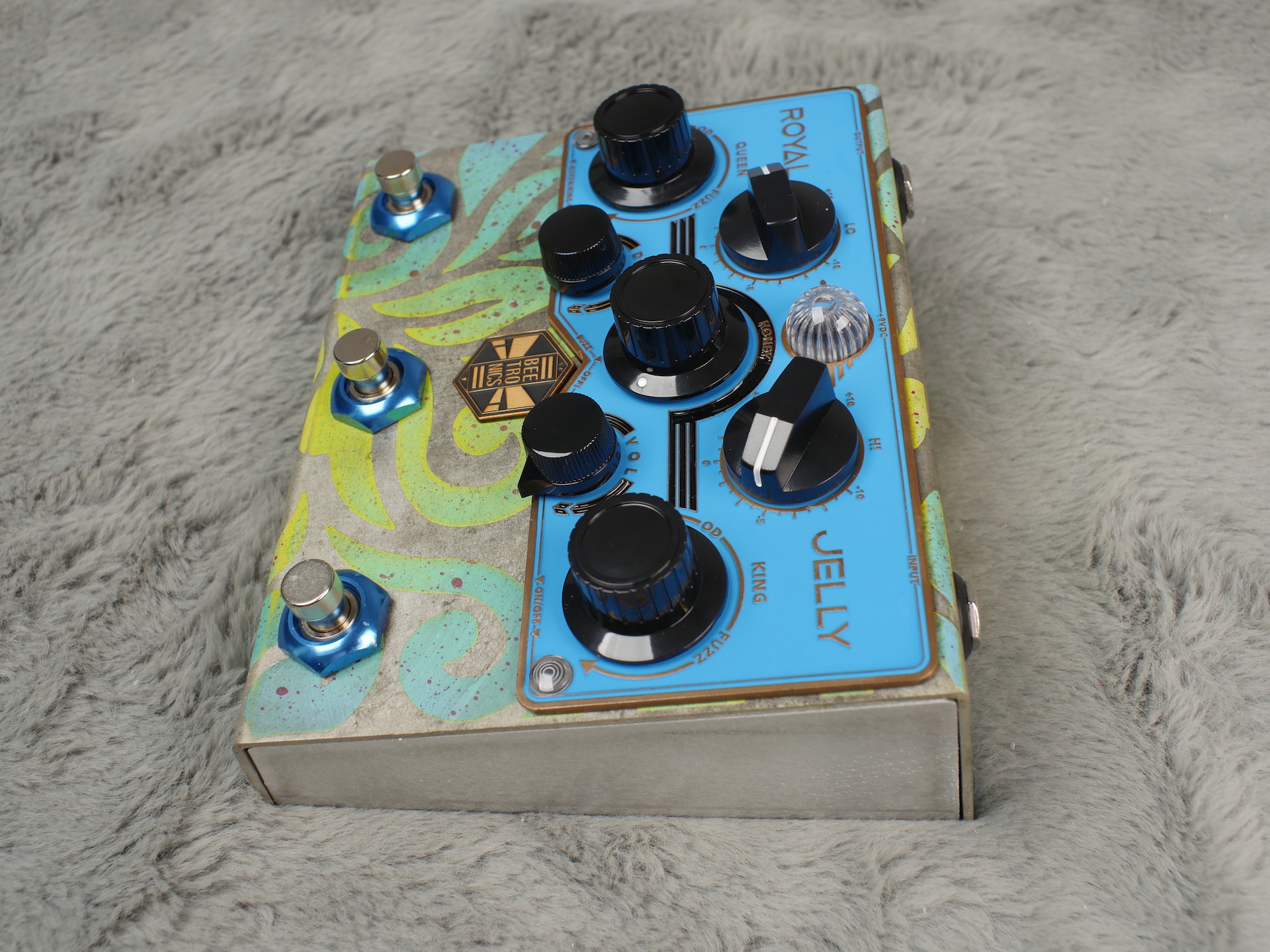 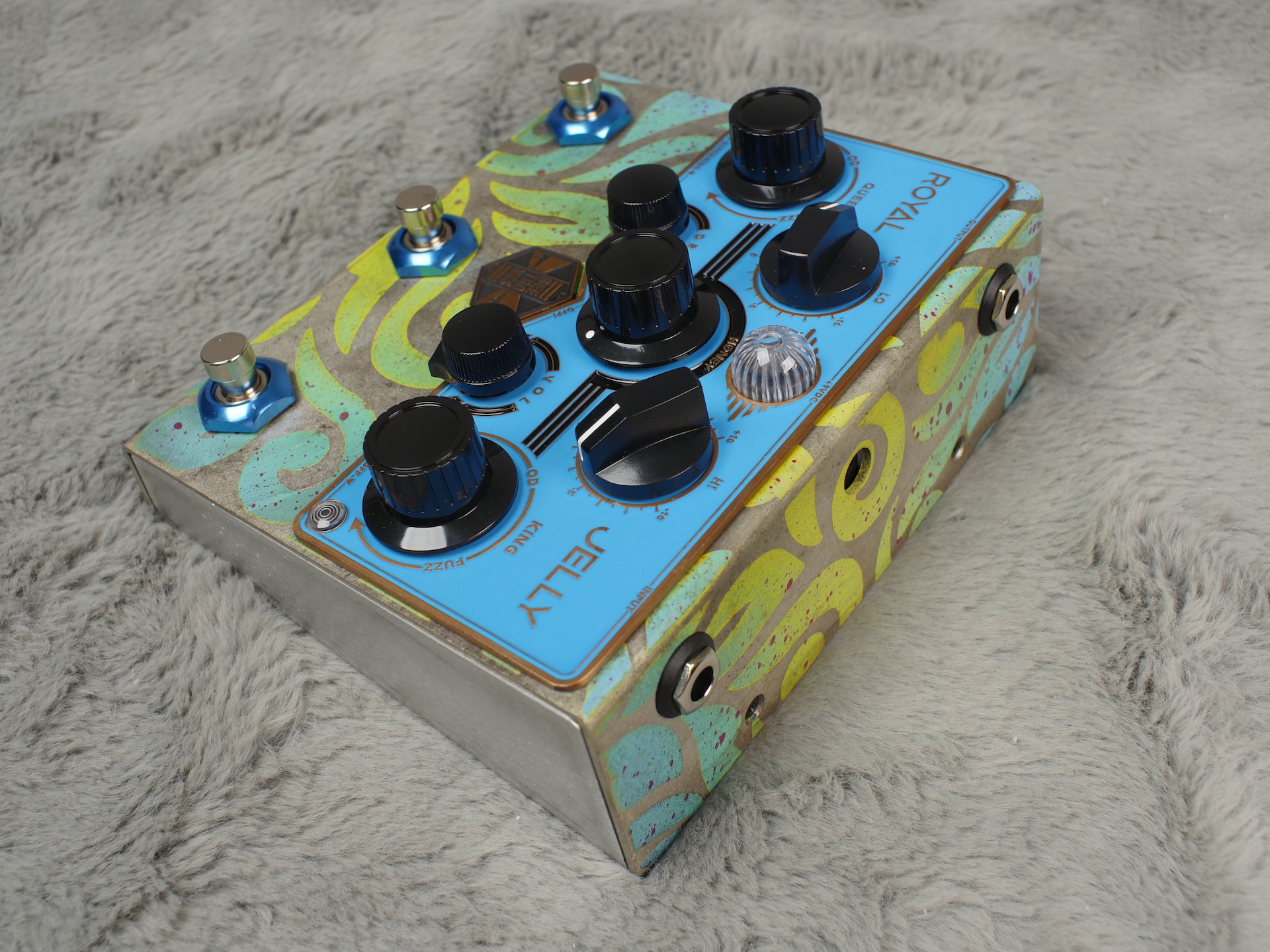 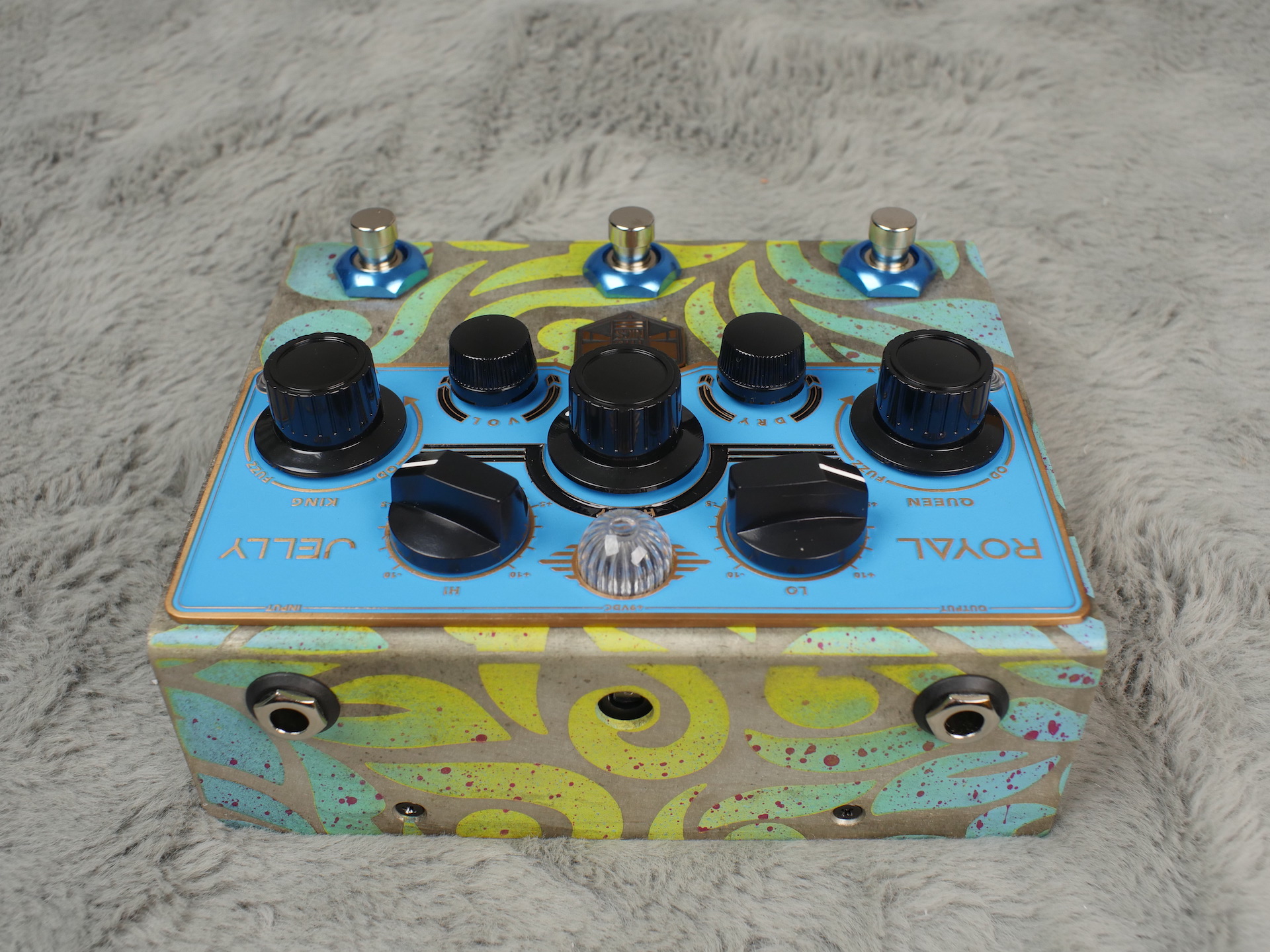 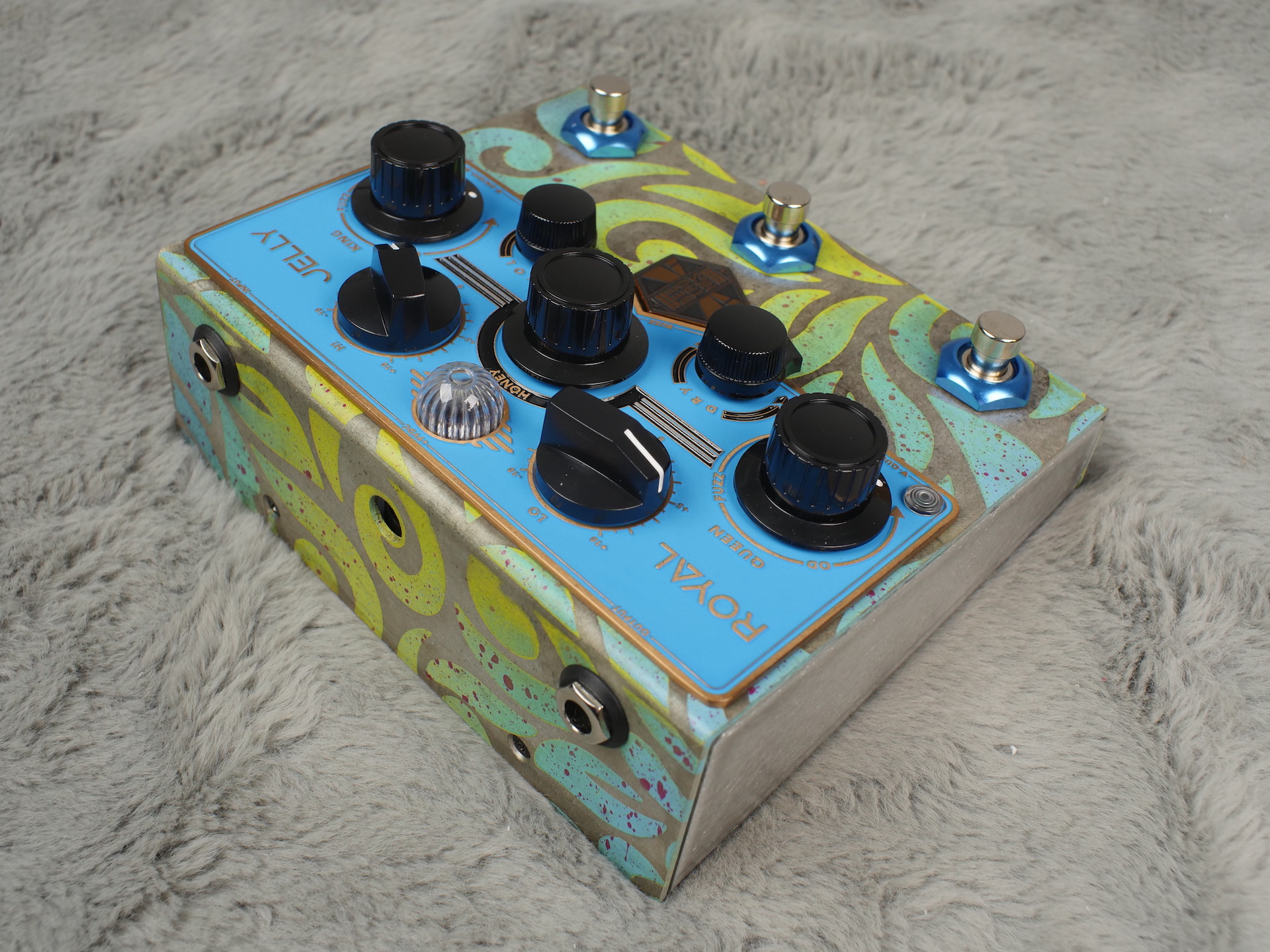 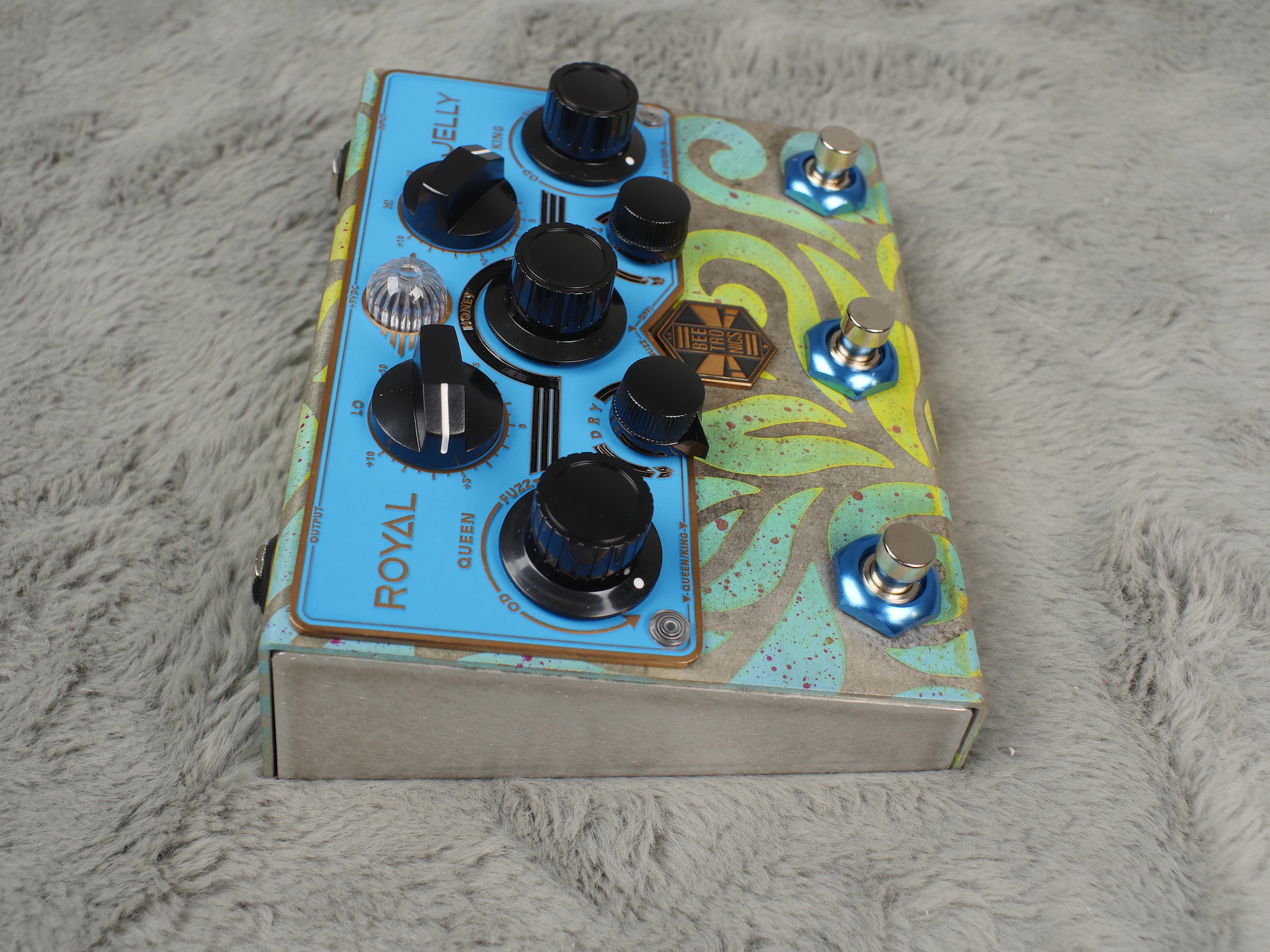 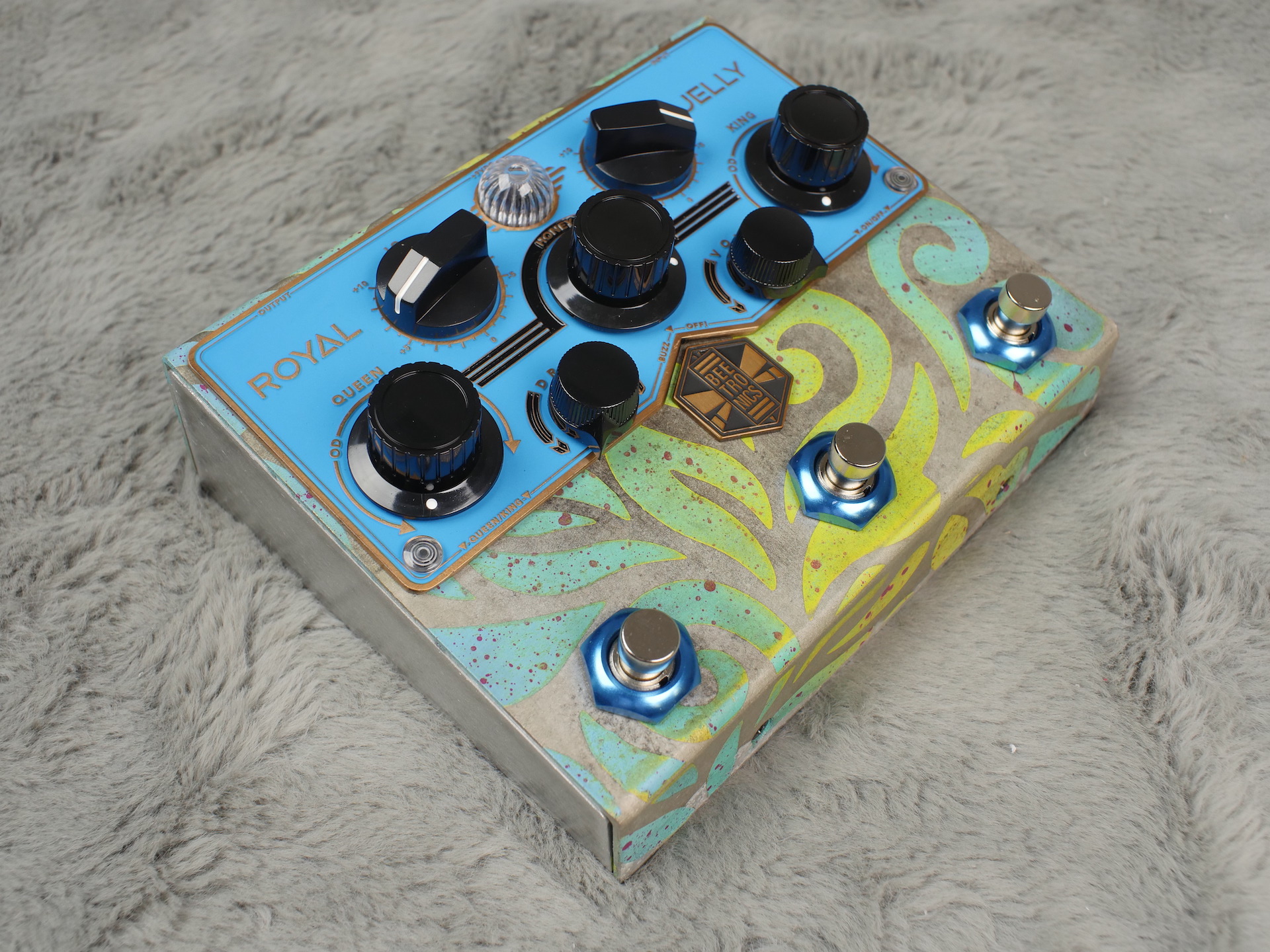 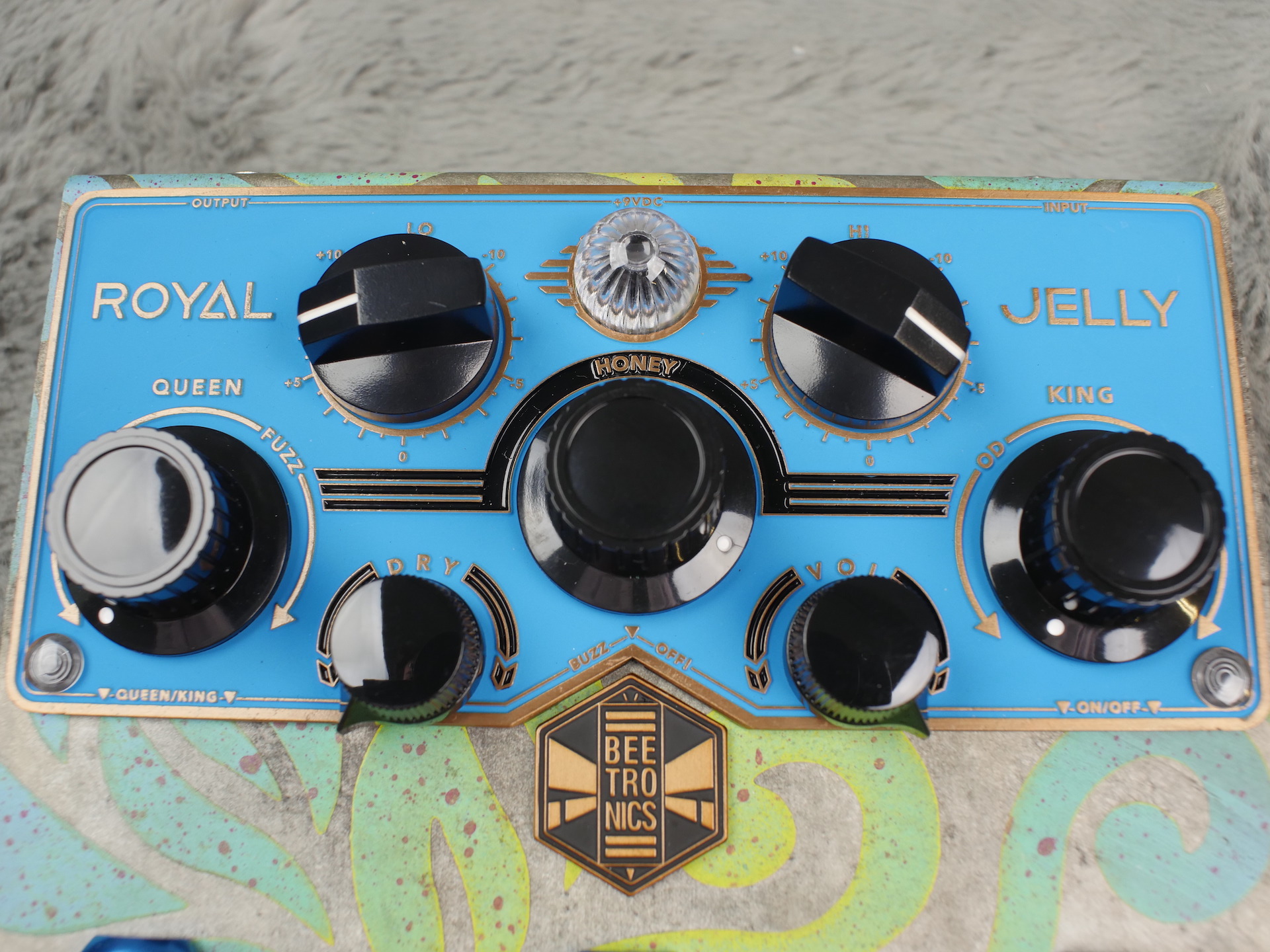 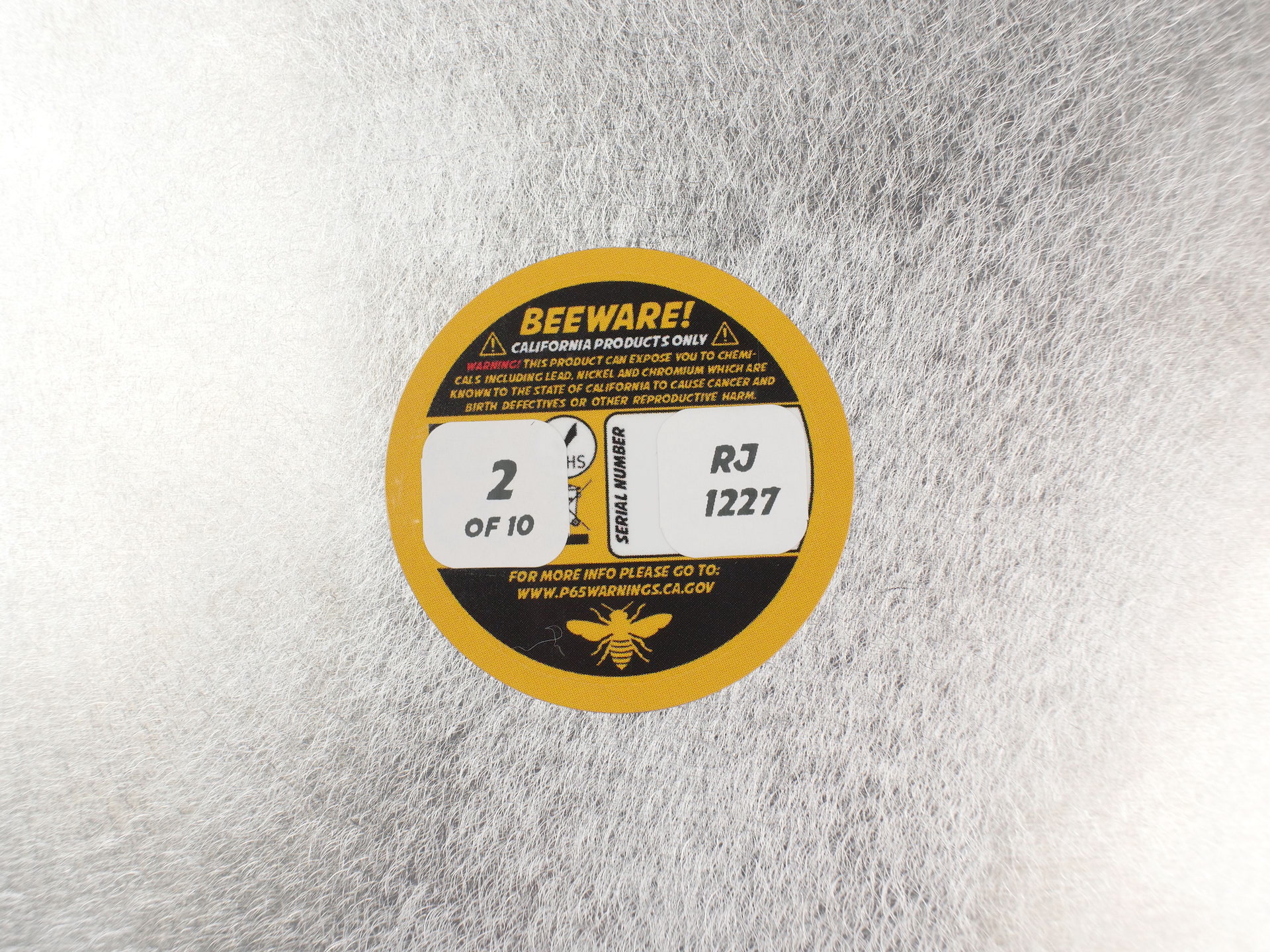 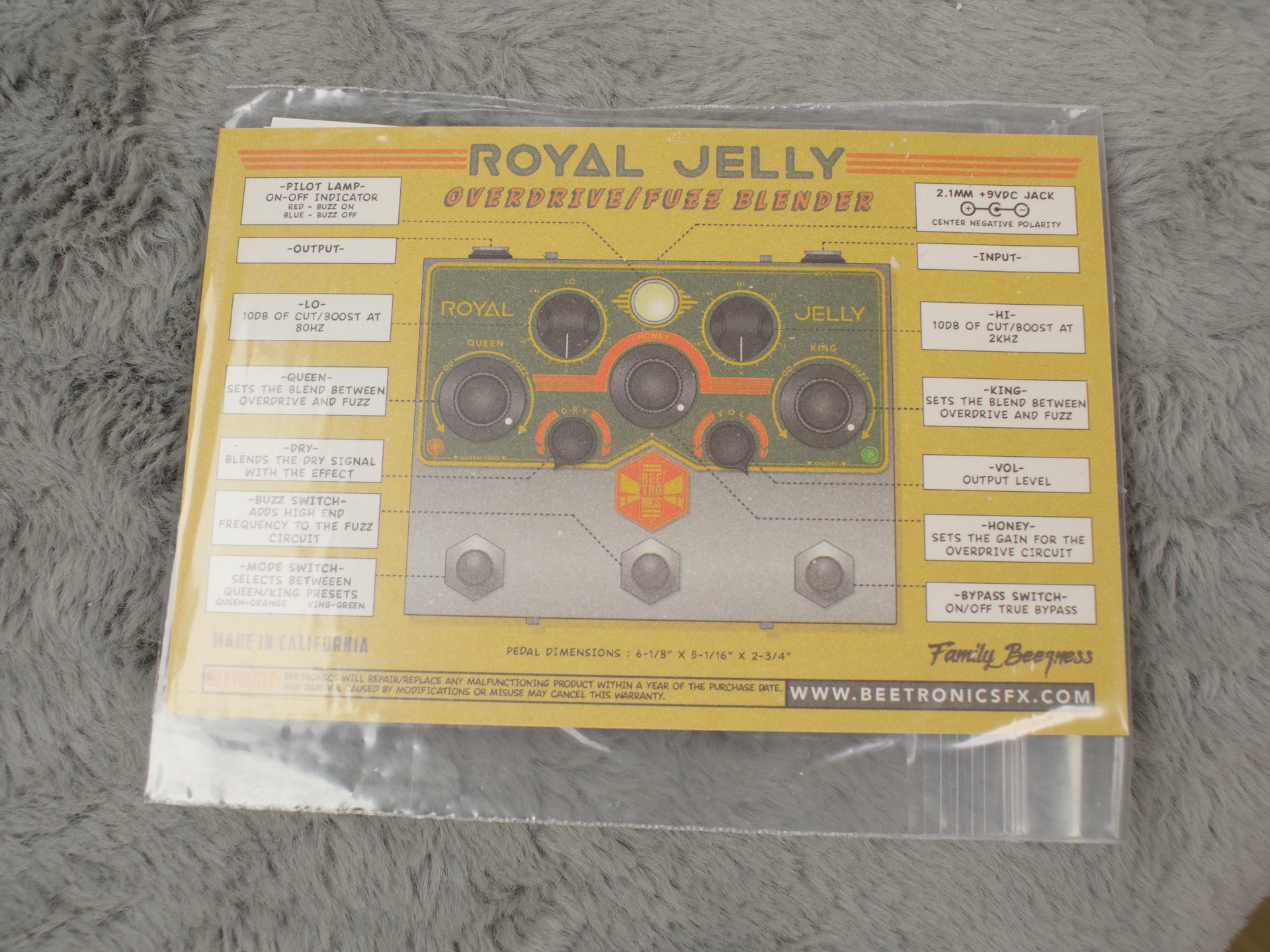 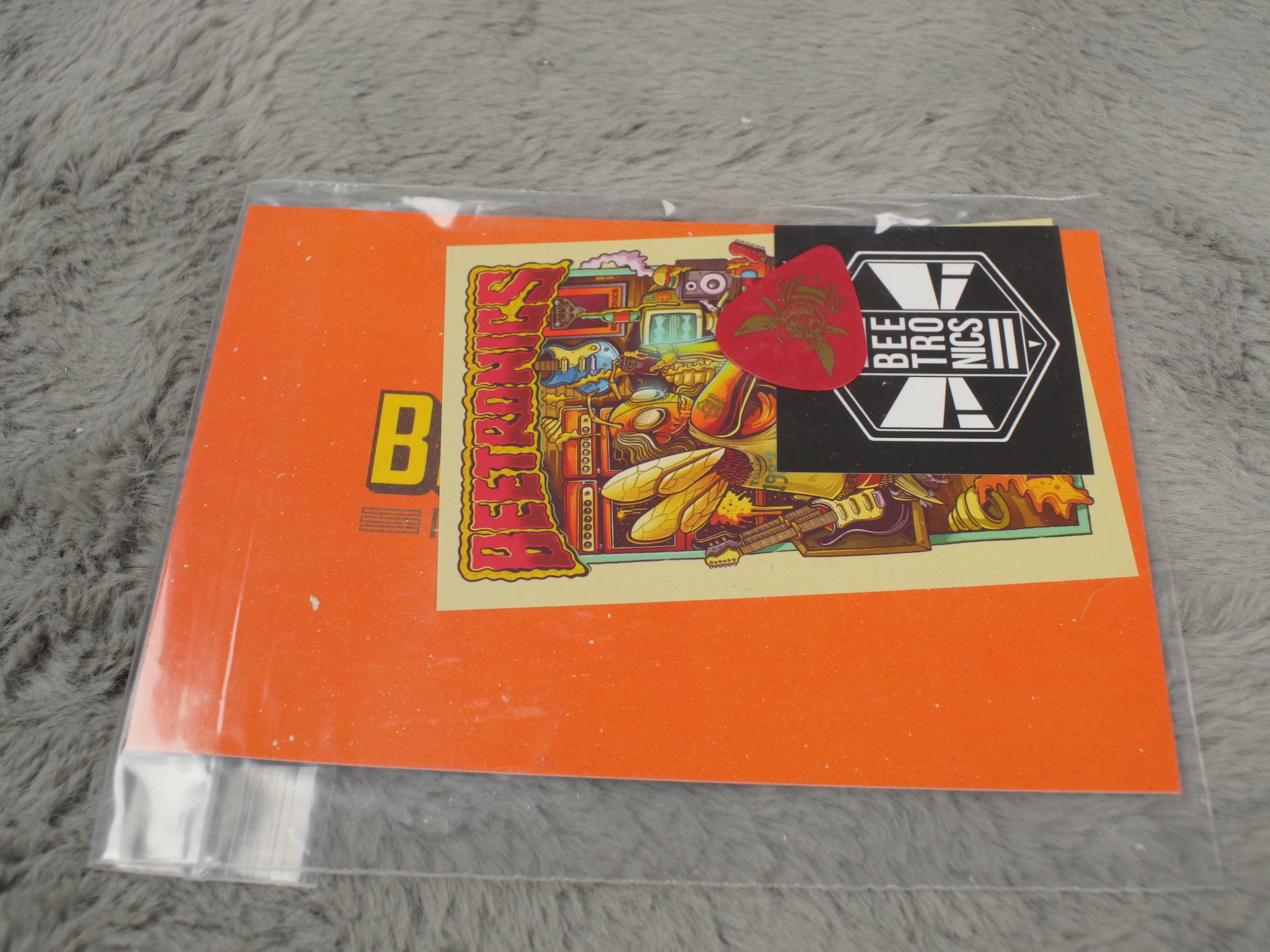