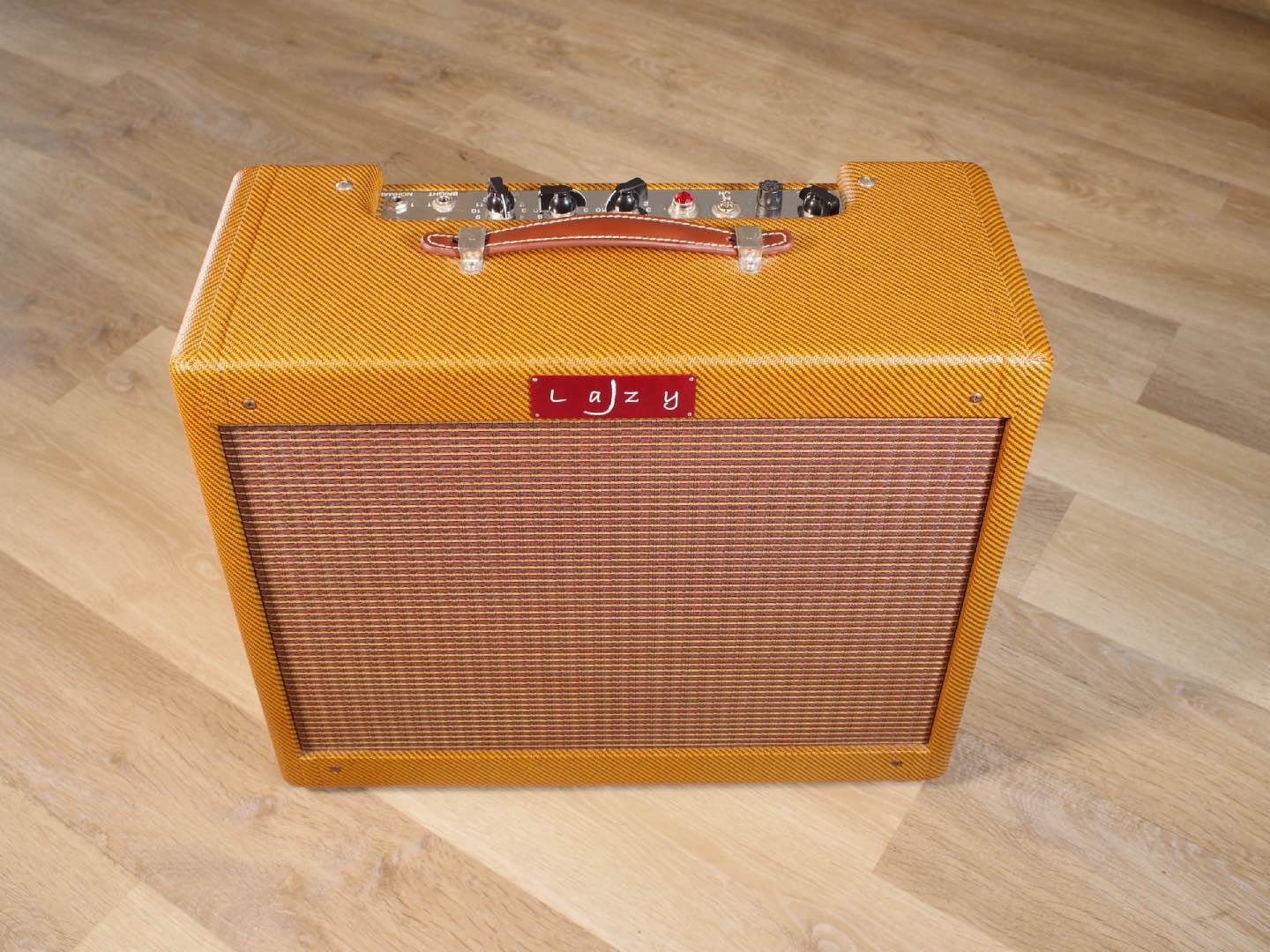 The genesis of the brand, this diminutive combo punches well above pumping out a raucous, richous tone that is sure to put a smile on any tone hounds weary, weather beaten face.

This example came to us from a good customer who needed to make some space in the collection, it was only used at home and you would be hard pressed to distinguish it from factory fresh!

Cosmetically its in as new condition with no signs of damage to the tweed cover or control plate. The amp has both a tube driven reverb tank and a tube tremolo circuit and mid boost which can be specified when ordering from Jesse. A previous owner chose to exchange the standard Celestion Alnico Blue with a Fane A60. This does change the characteristic of the sound when compared to the other J20 we have in stock, though not in a negative way. When compared the fane seems to tighten up the low frequencies when the attenuator is being used but tends to not be as crunchy in the upper mid frequencies when the attenuator is disengaged giving the tone s slightly less agressive edge. The amp sounds fantastic and the additional features are the icing on the cake. Jesse’s attention to detail are evident wherever you look, making this a no-brainer for those of you on the hunt for those evocative Fender tones. 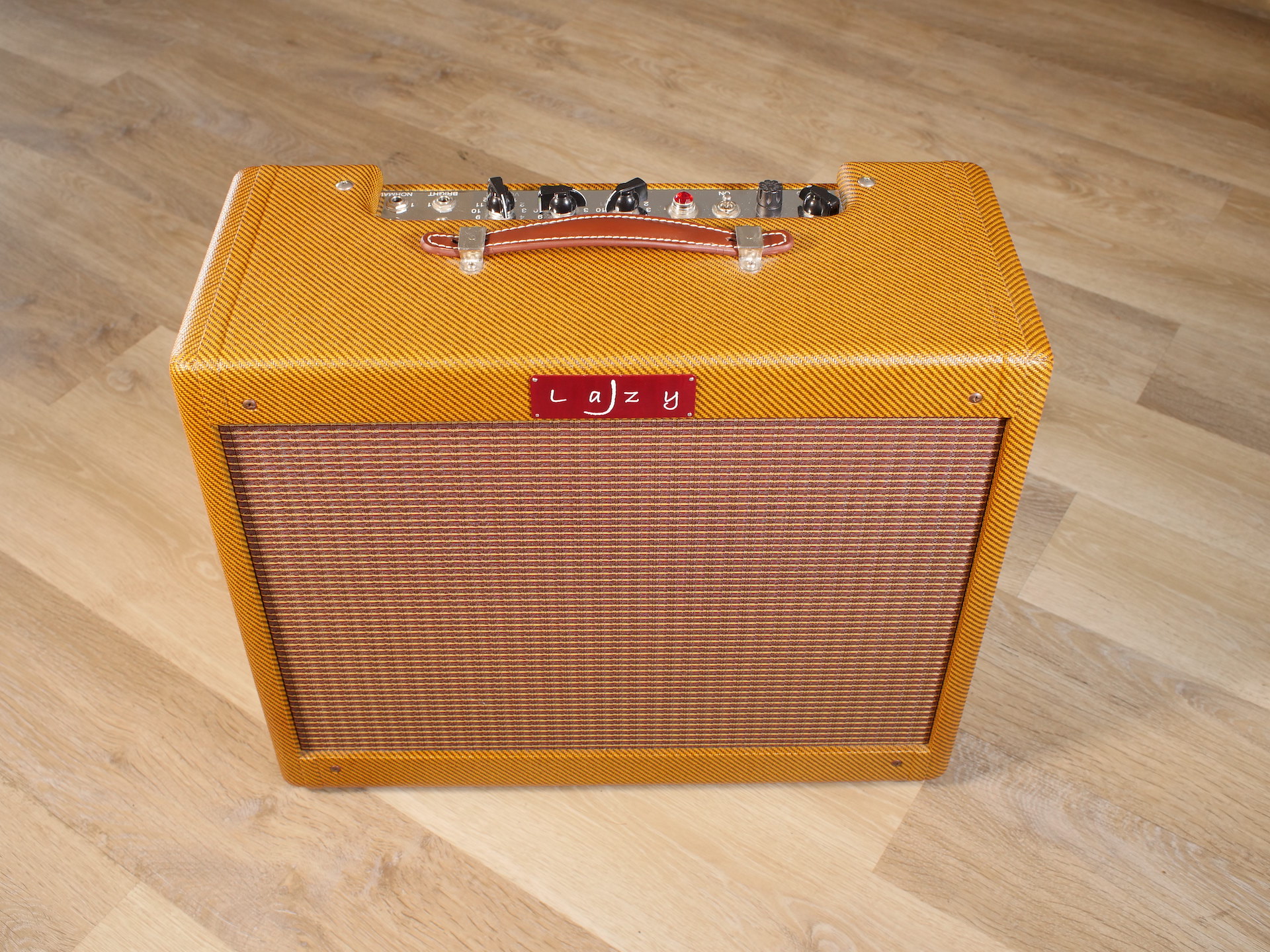 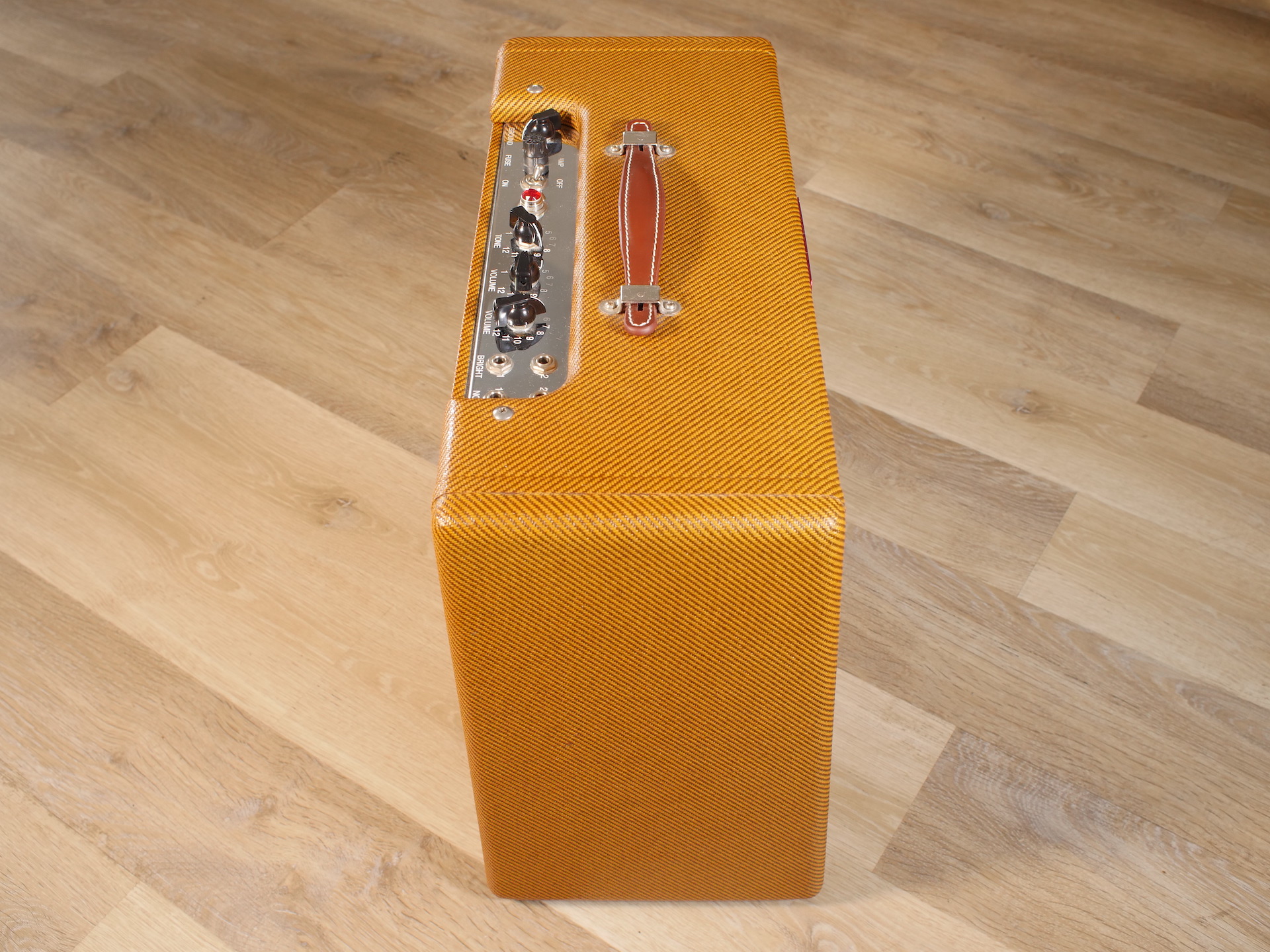 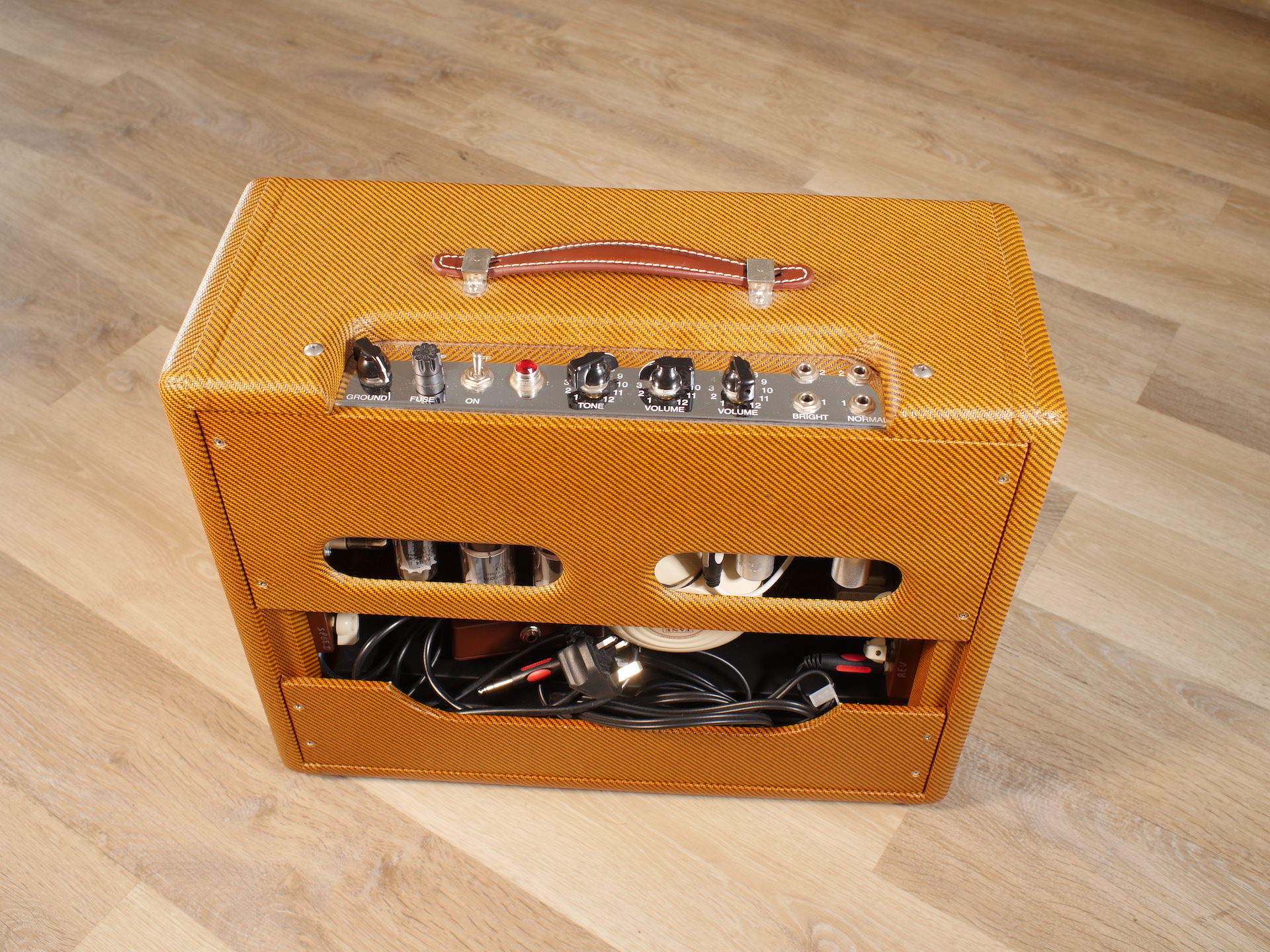 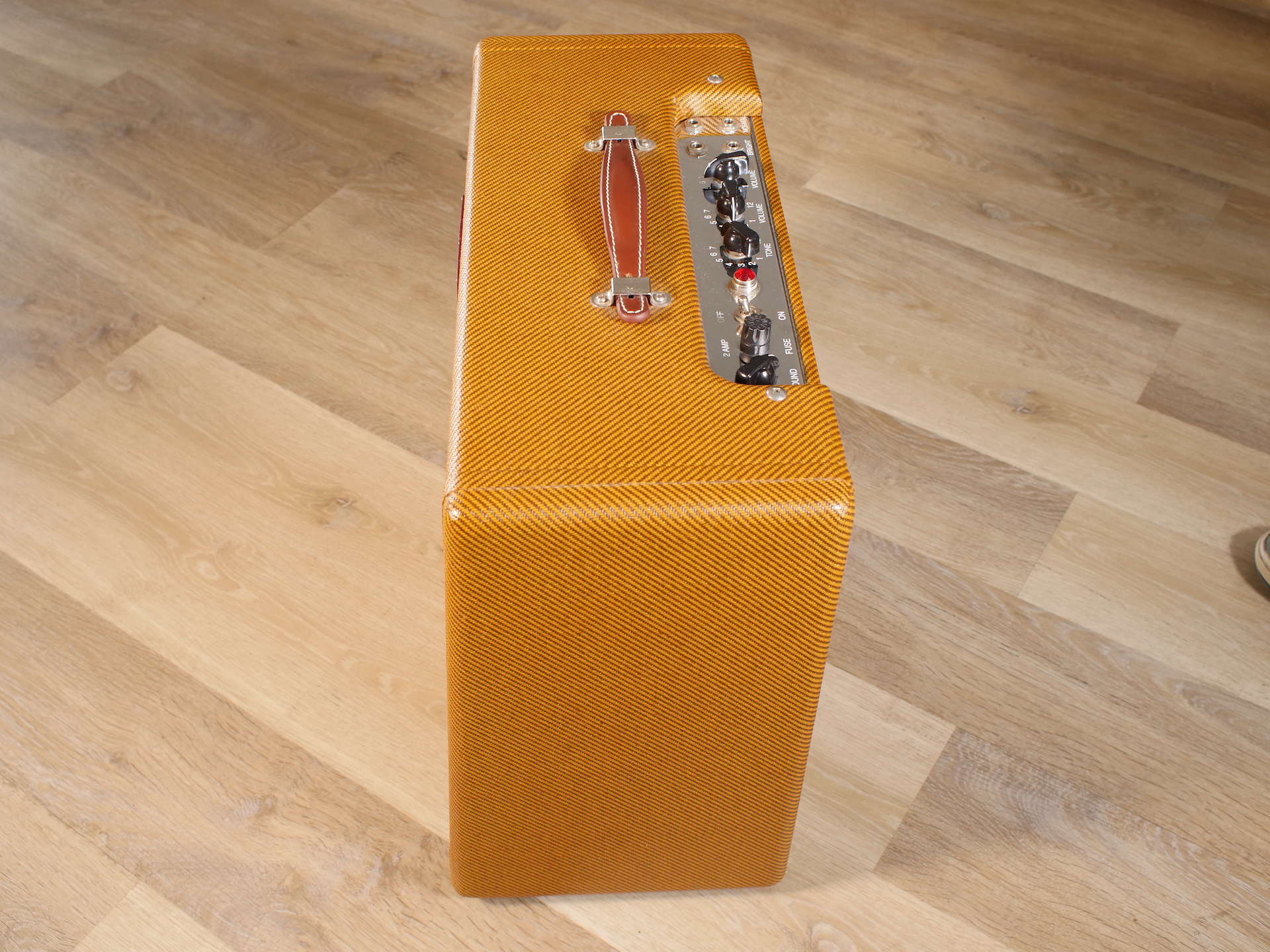 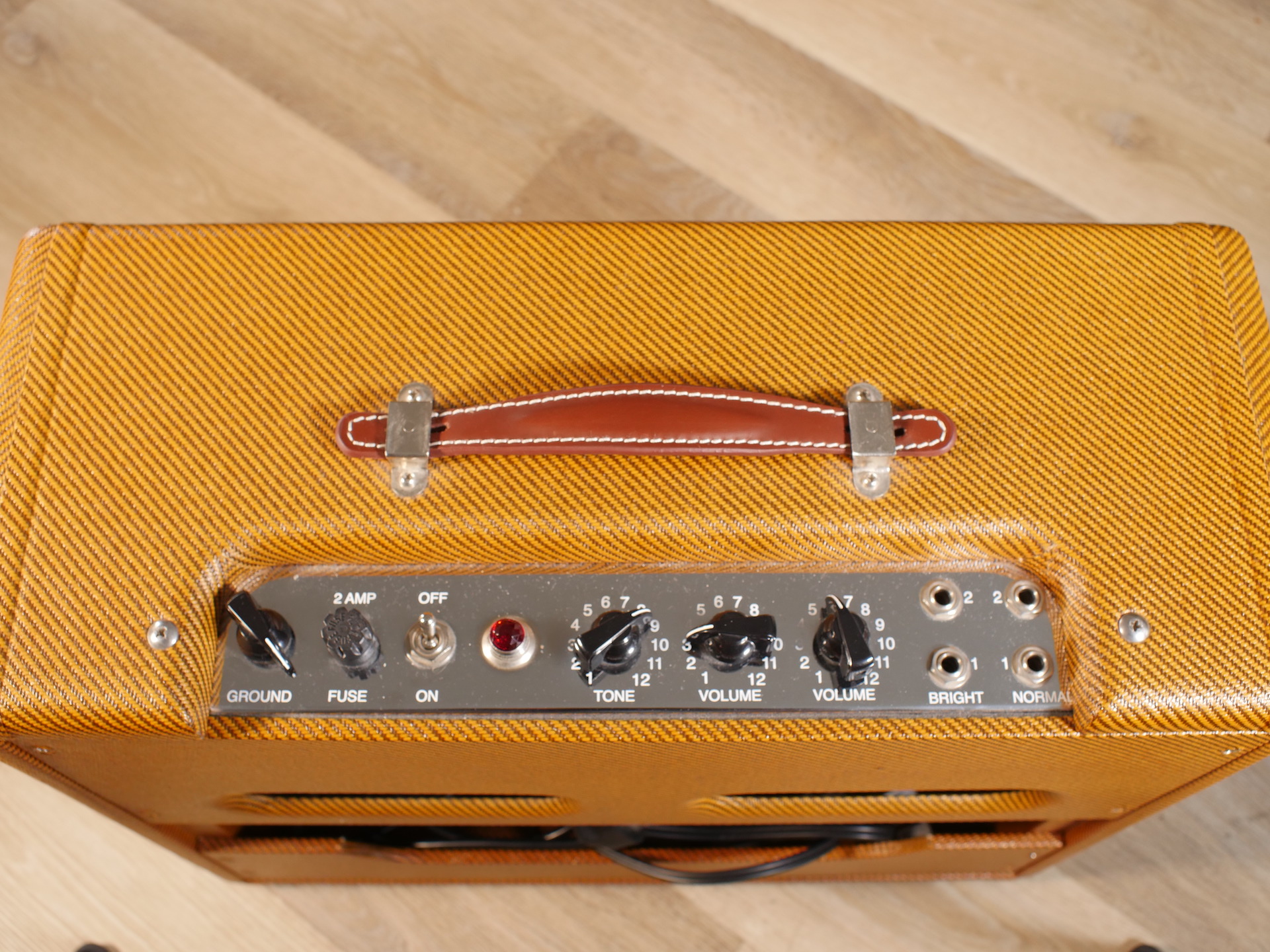 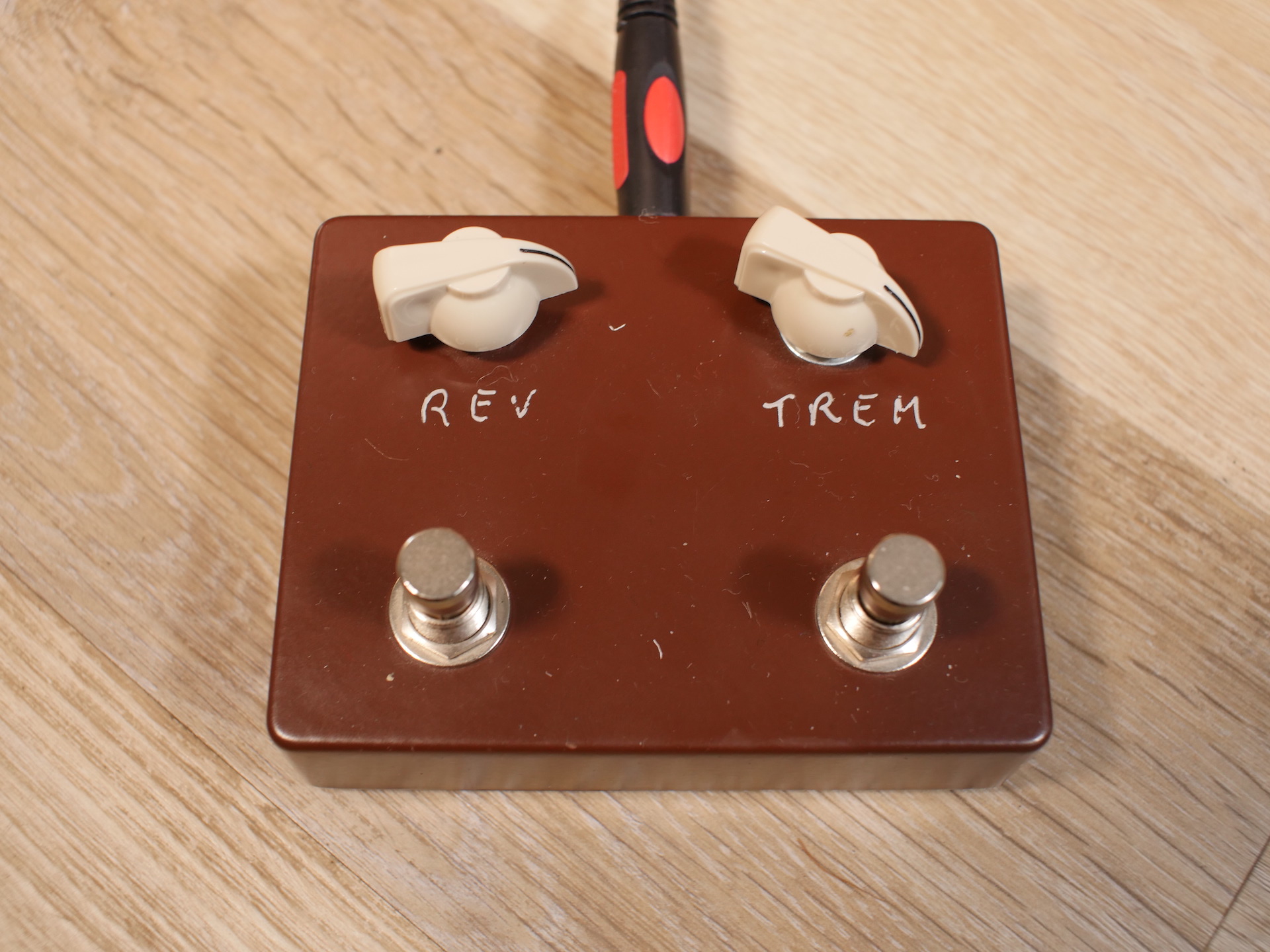 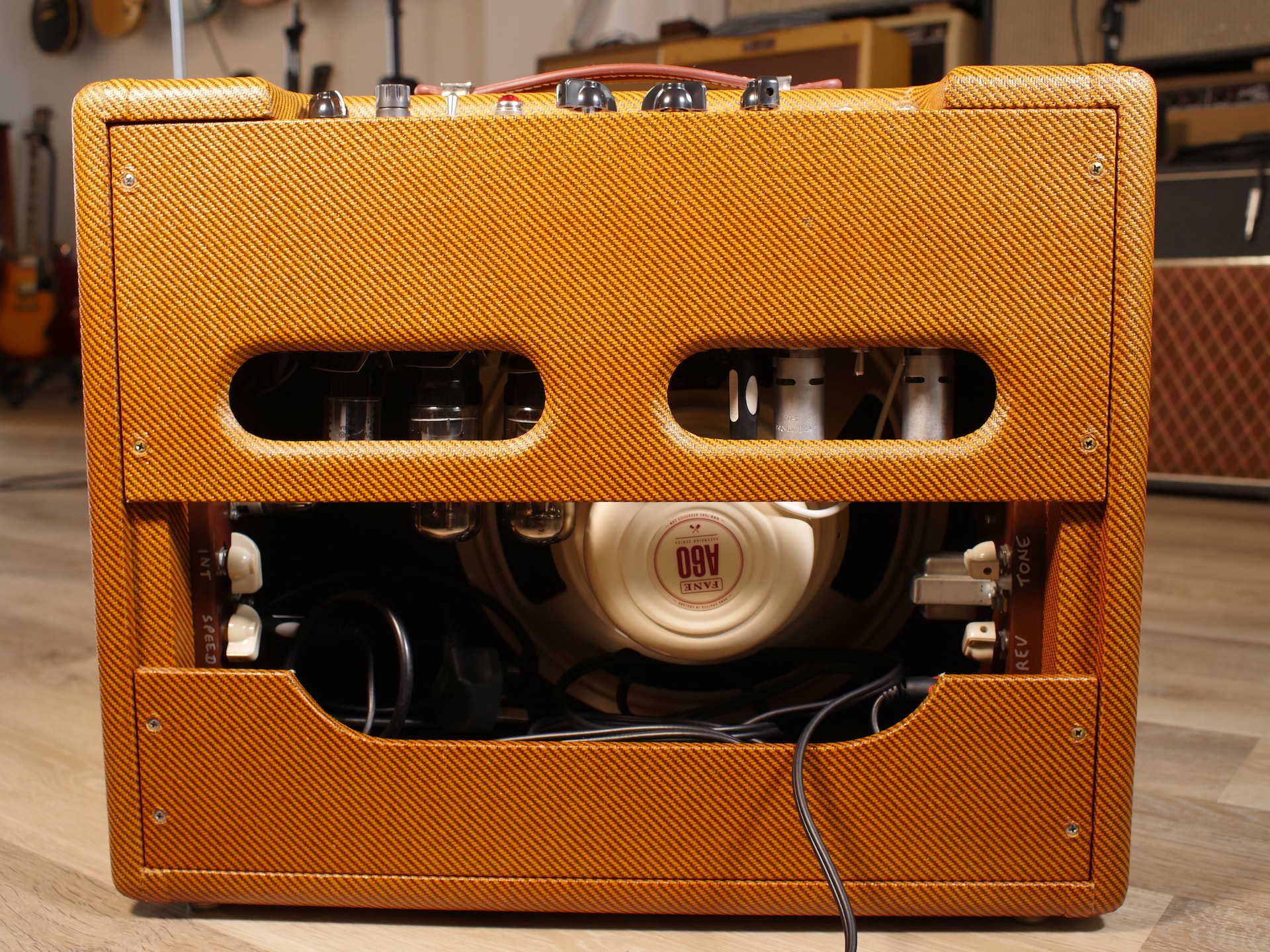