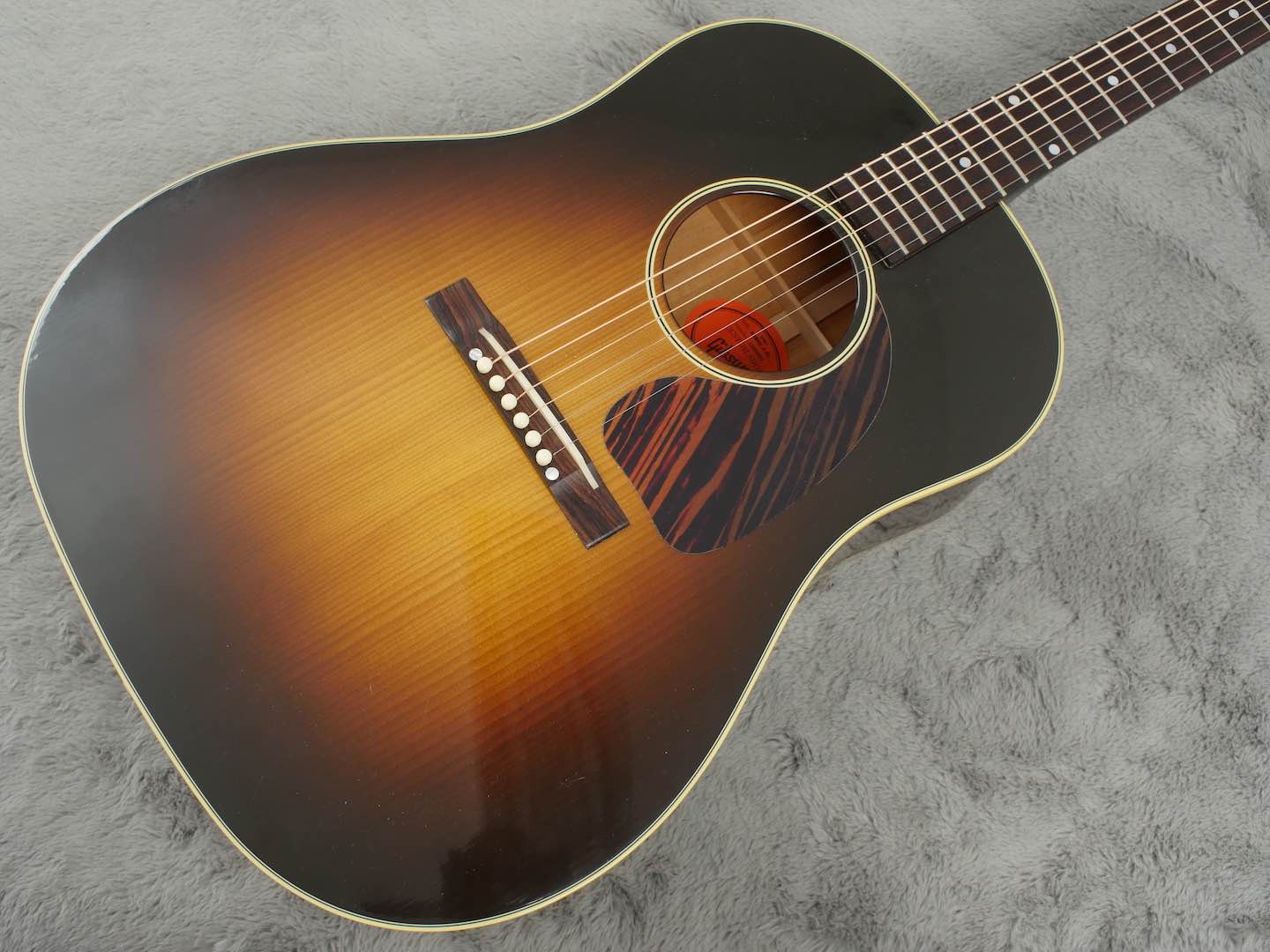 Banner J-45's are some of the finest sounding flat tops around and this Limited Edition (just 50 instruments) is no exception...

This guitar is a faithful reproduction of a 1942 Gibson J-45 FON 923-45. Produced with a limited number of 50 in 2013, it was released to conjunction with the publishing of a book called Kalamazoo Gals. Written by Professor John Thomas, the book was a culmination of 6 years of research, interviews with those involved and forensic level investigation into a period in the history of Gibson guitars that had been mis-represented up to this point.

Following the USA’s entry into the Second World War in 1941, young and able bodied men were conscripted into the army and manufacturing was moved over to aiding the war effort. Gibson played its part by constructing airplane wings, machine gun parts and radio equipment. The consensus was that either Gibson only produced a handful of instruments or none at all during this time.

In the early 2000s, Professor Thomas stumbled upon a photograph taken in the mid-40’s of a group of 70 women in front of the Gibson factory. His interest peeked, this lead him to discovering the true story of the ‘Banner’ guitars, produced between 1942 and 1946. These guitars are referred to as such due to the banner decal that adorns the headstock with Gibsons motto of ‘Only a Gibson will do’.

Through access to shipping logs, Prof Thomas discovered that 25,000 guitars were in fact shipped in this period, 9,000 of which were flattops. These were built by a mainly female workforce who had no prior training but who produced some of the finest instruments to leave Kalamazoo. This guitar is a tribute to these ladies and their work.

This guitar is exquisite. The ultra thin ‘McFadden’ nitrocellusloes finish gives the guitar a vintage feel which will age well over time. The sunburst looks great and really captures the look of the original, showcasing the Adirondack Spruce top (noted for its stiffness and resonance and commonly used in manufacturing during the pre-war period).

The back and sides are premium Honduran Mahogany as is the neck. Fretboard is a wonderful dark rosewood, fitted with period correct frets. Under the hood guitar boasts spruce x-braced, hide glue construction.

Overall, this guitar has been well cared for and as such shows no real signs of use and to describe it is just about as MINT as you can get would be no understatement!

The guitar comes with its original Gibson hardshell case.

This guitar has a chunky C to D profile neck which further differentiates this guitar from the other J-45s produced by the Bozeman factory. Initially this might feel a little too much in the hand but with some perseverance feels quite comfortable. The guitar has a wonderfully woody character with a great depth and warmth which suites fingerpicking and strumming equally.

Great care has obviously been taken in recreating this instrument and its generally considered that these are the finest J-45s produced by Gibson. We don’t often stock reissues but this one is very special and would make a welcome addition to any collection… 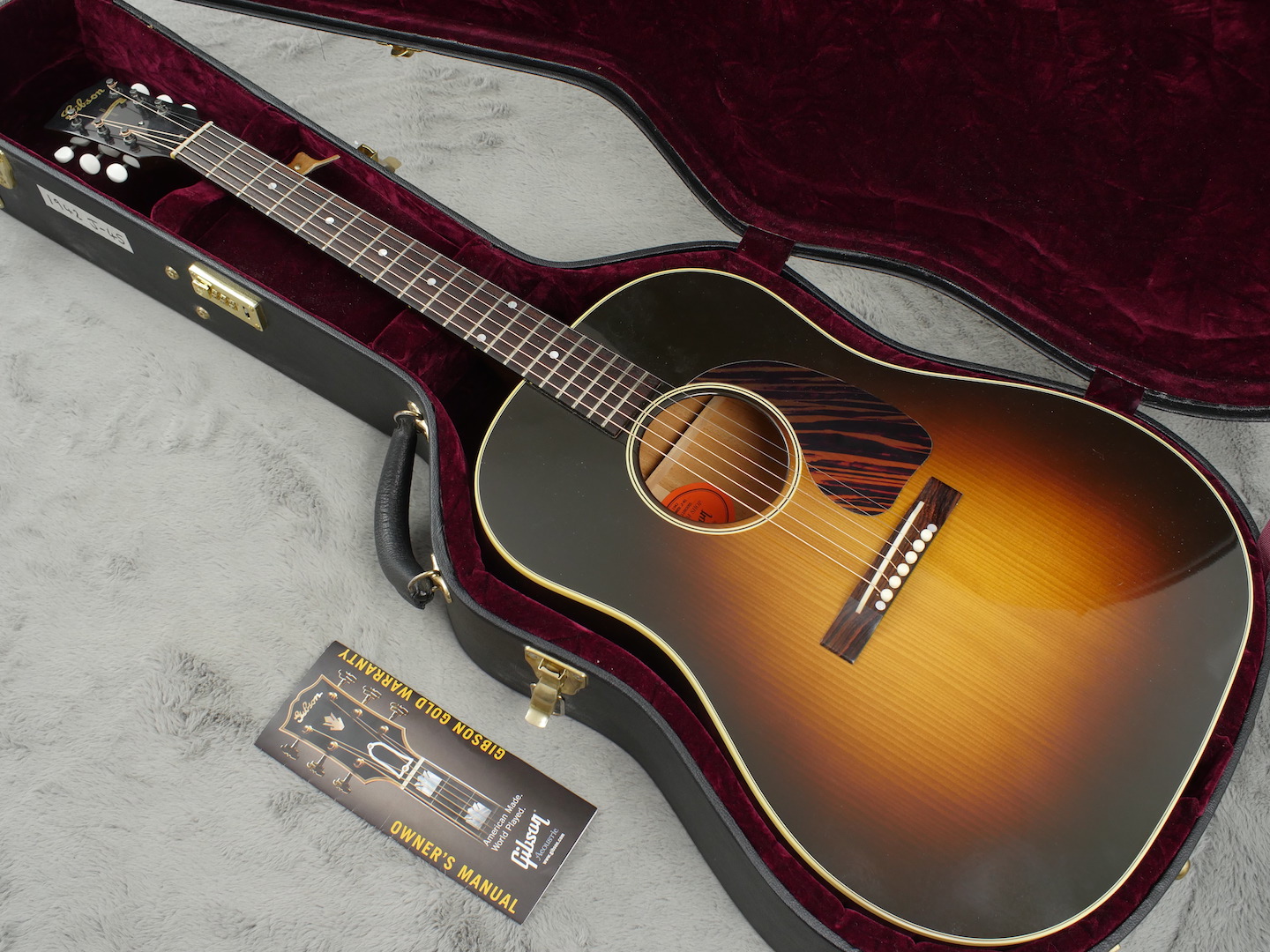 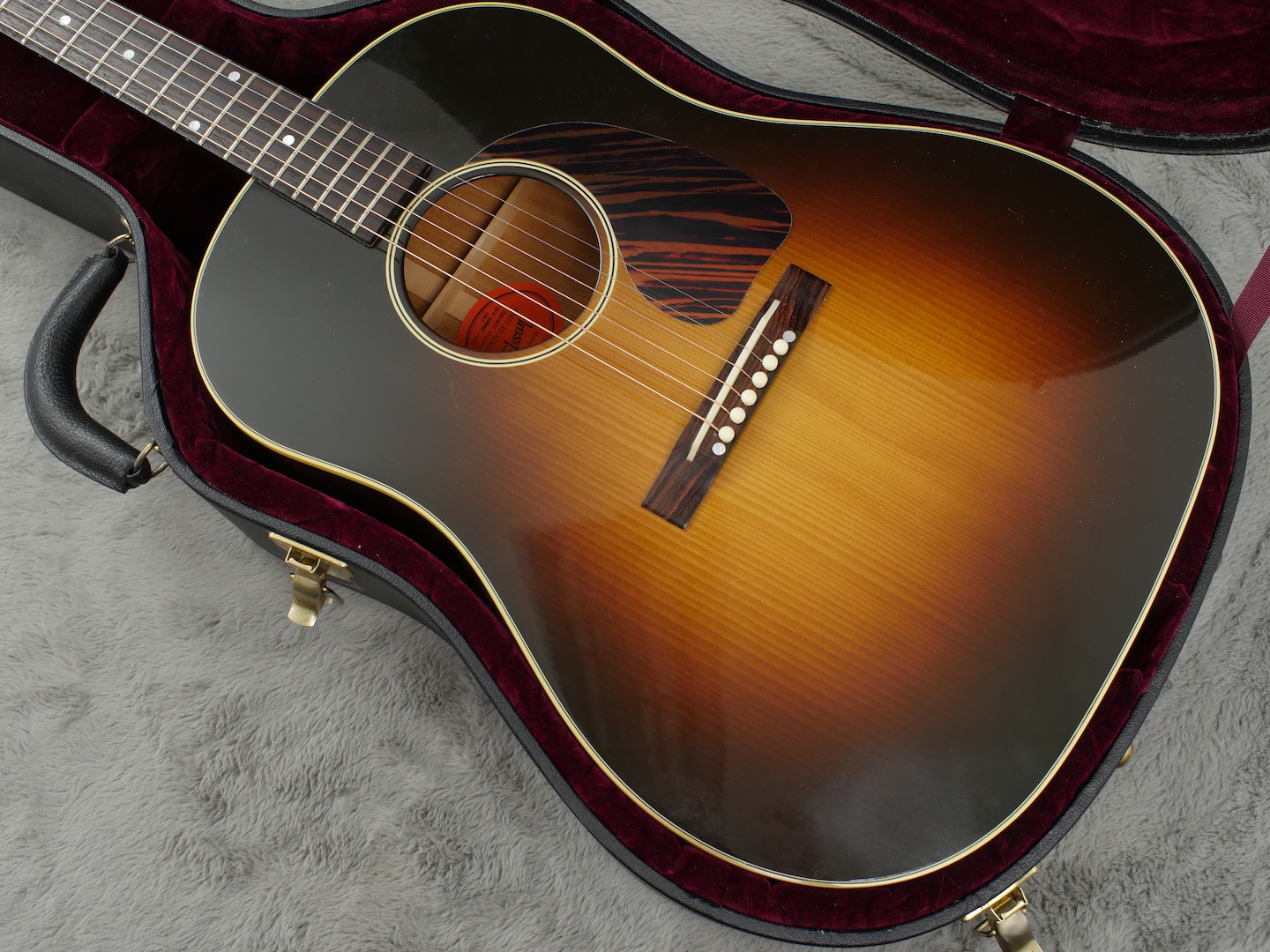 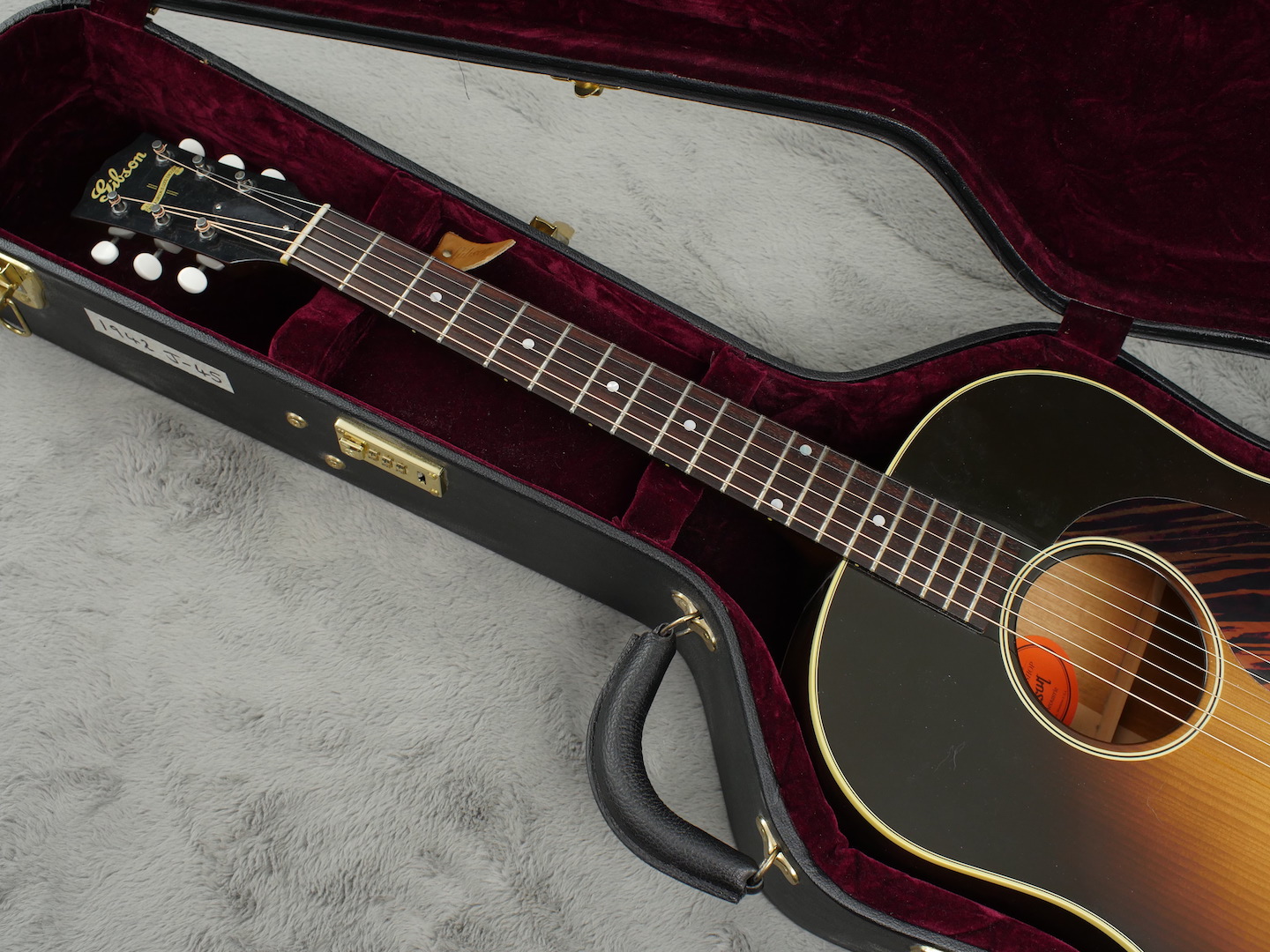 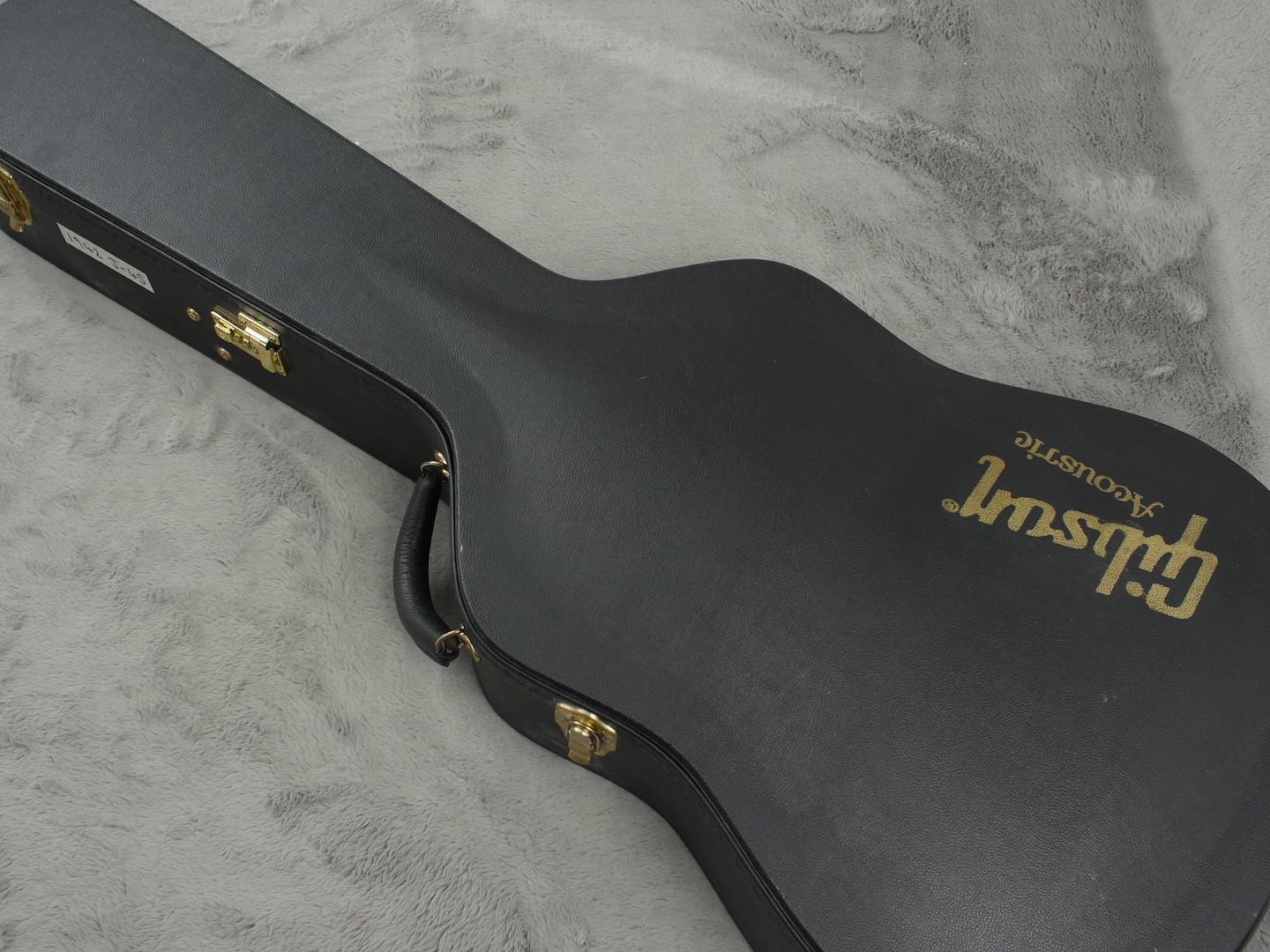 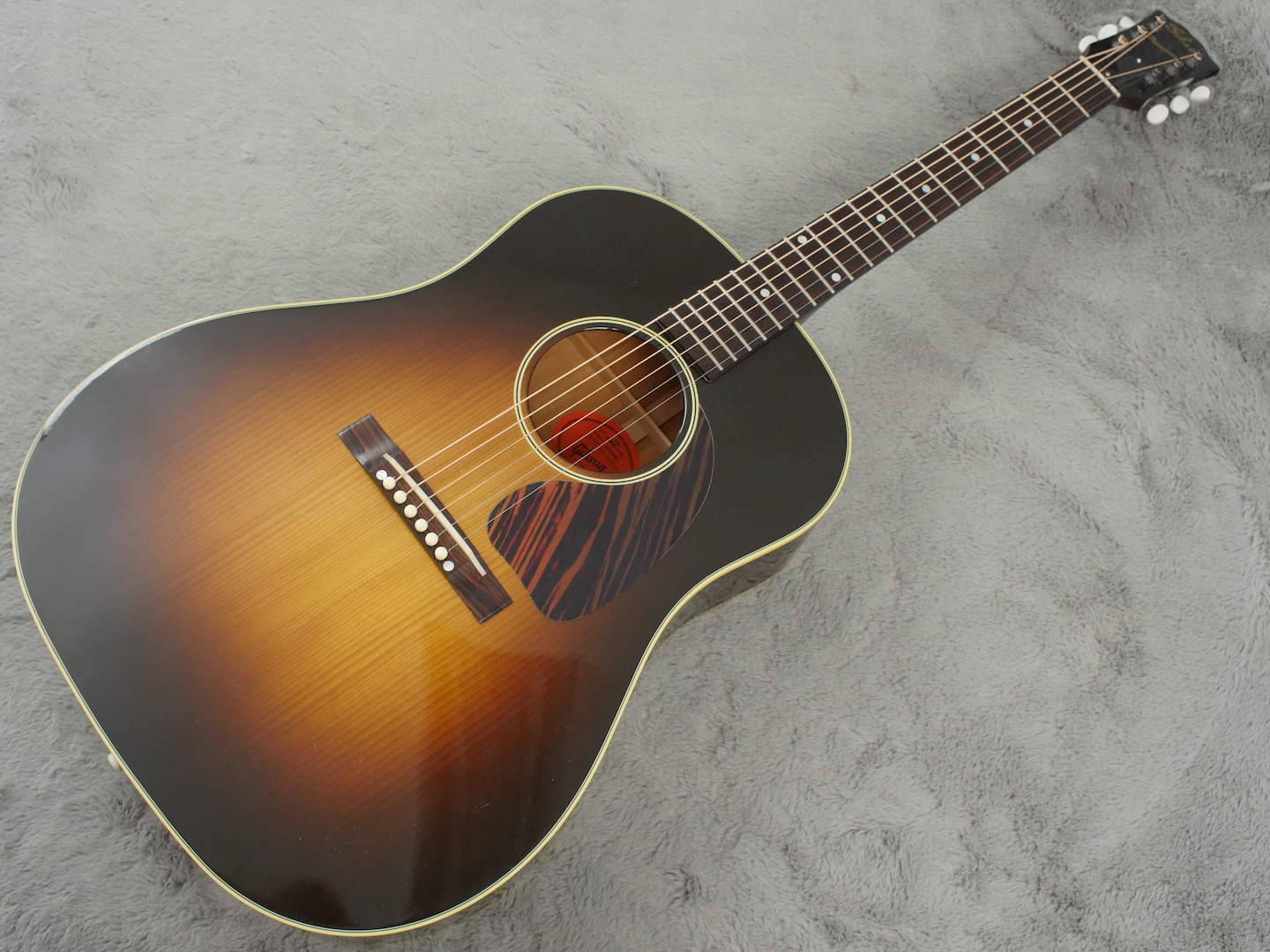 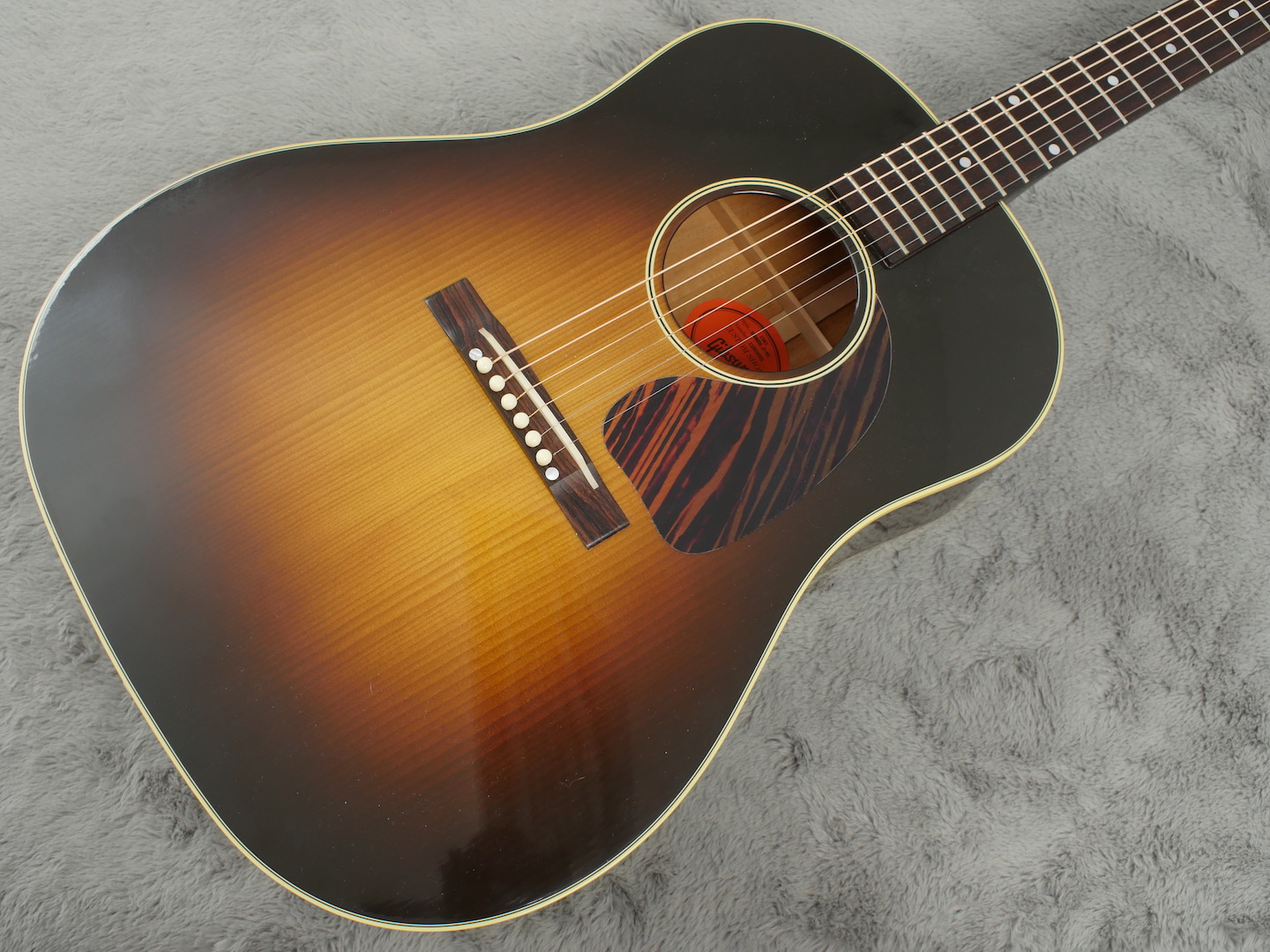 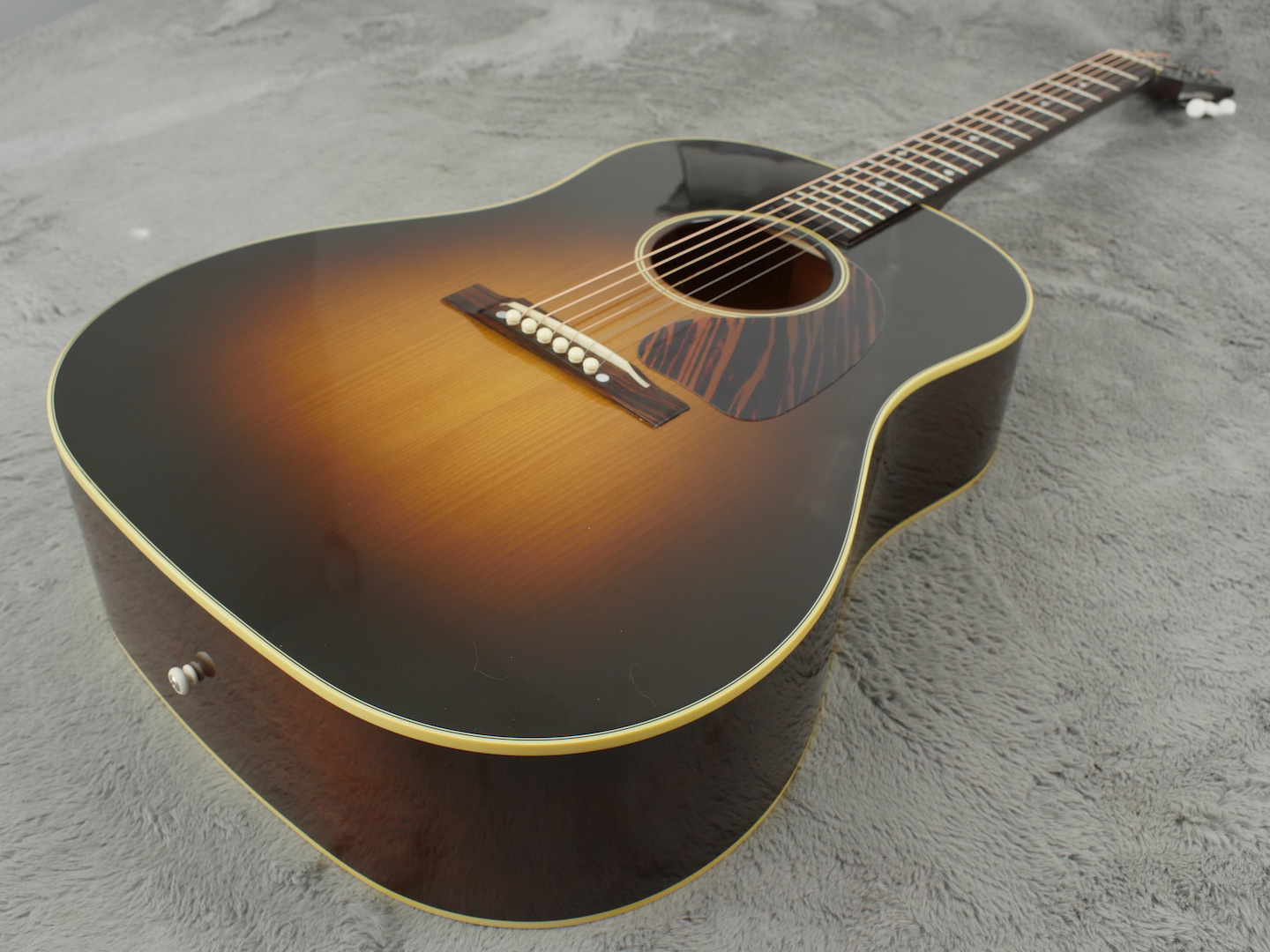 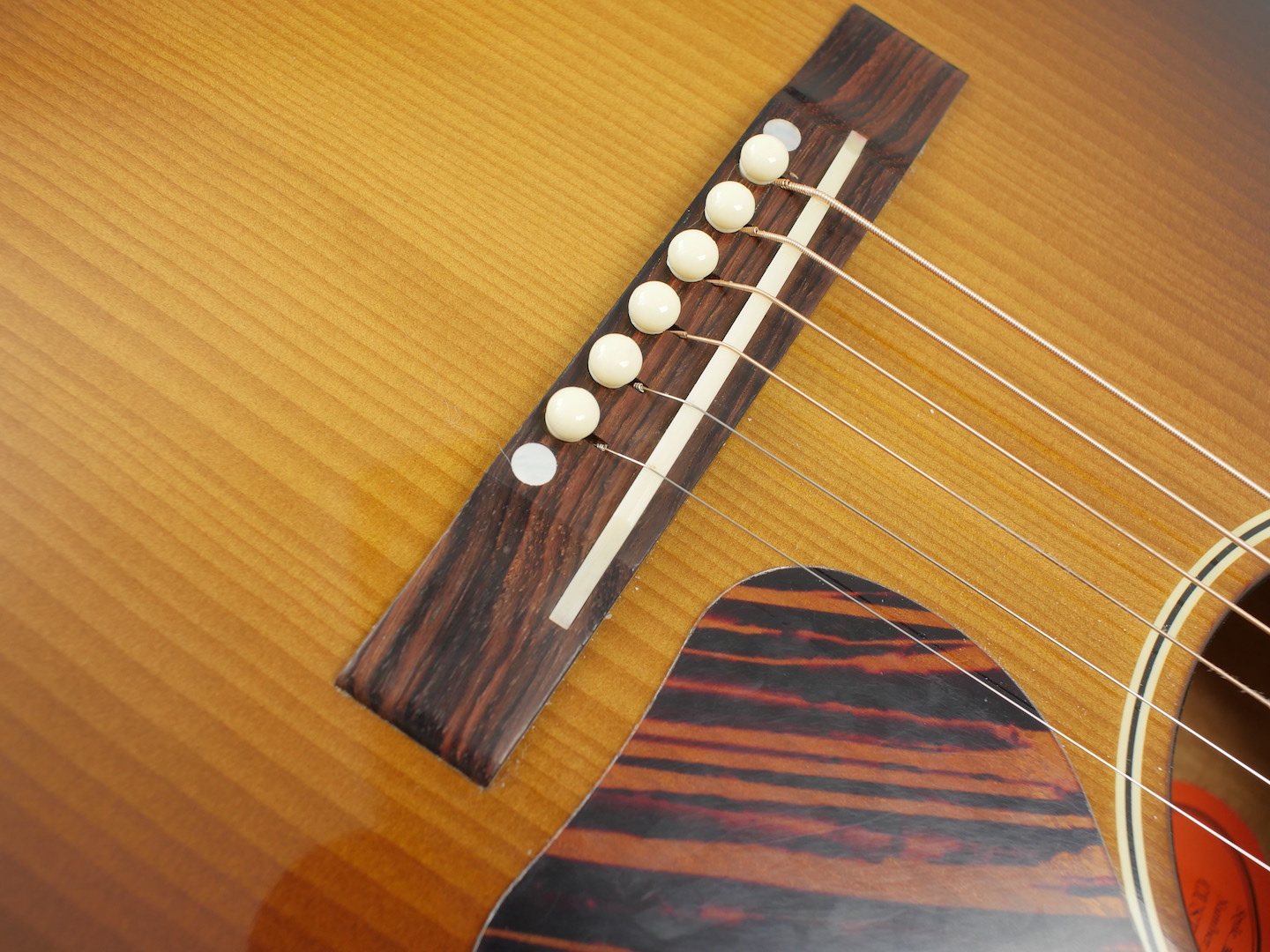 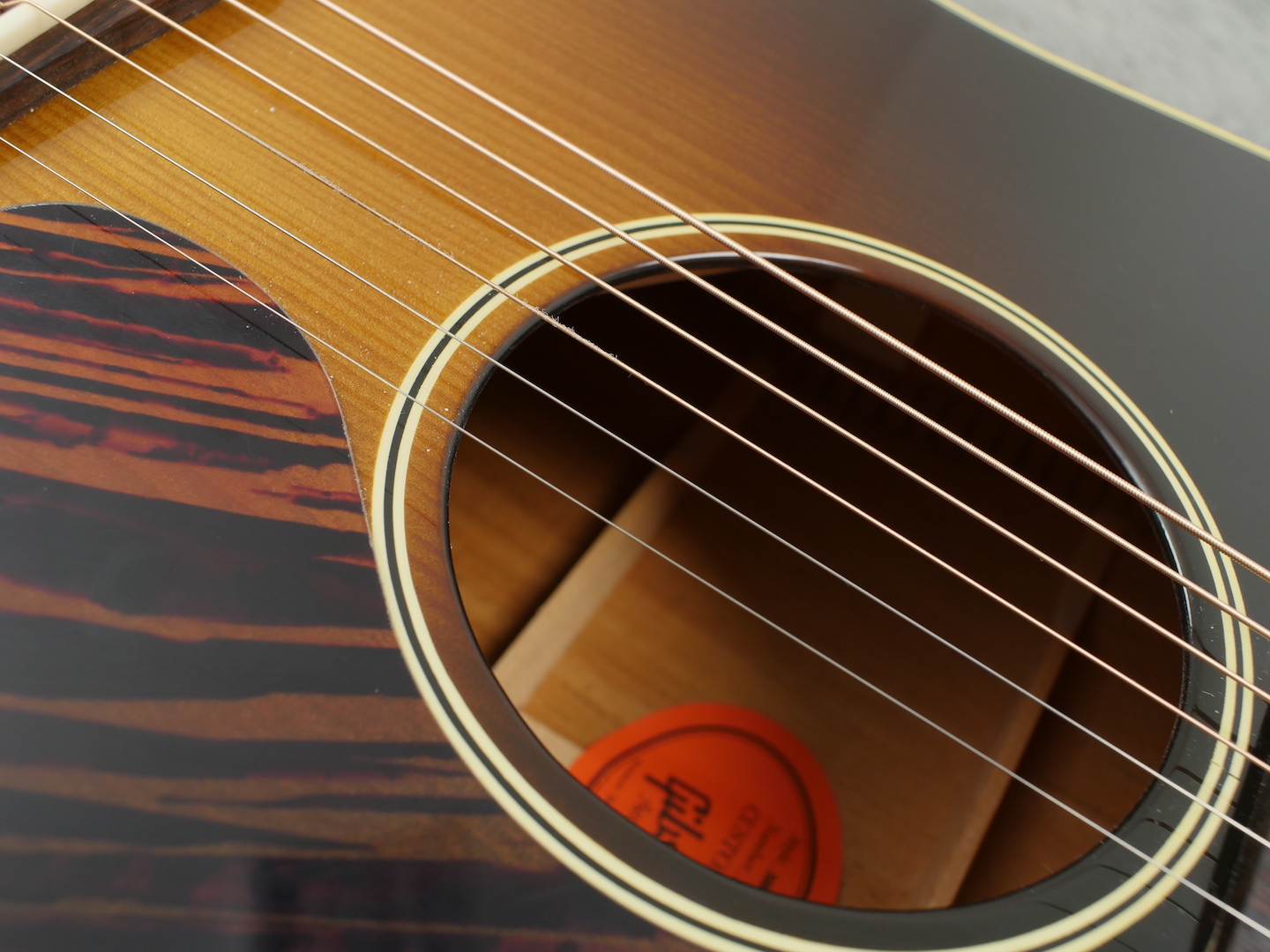 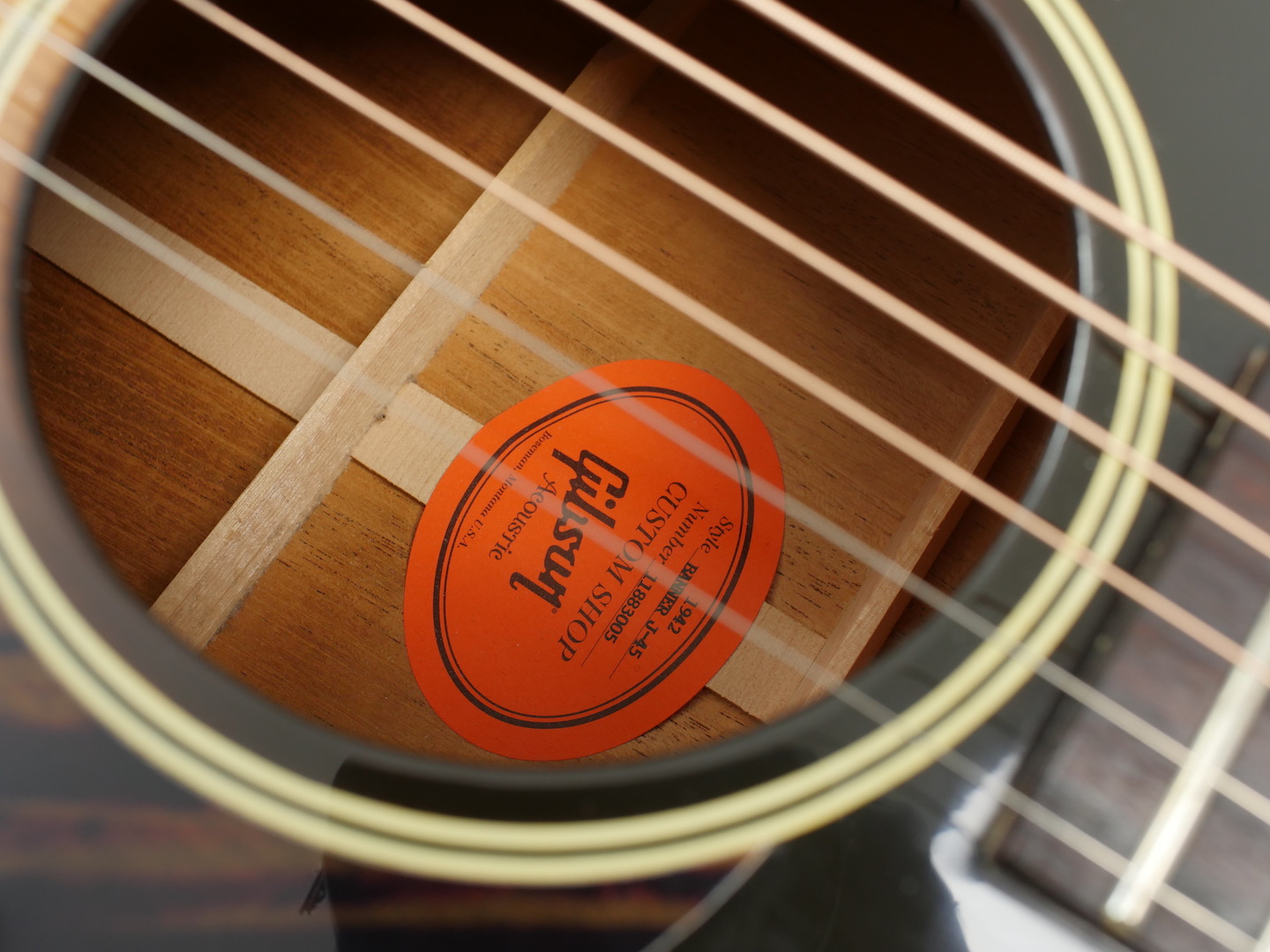 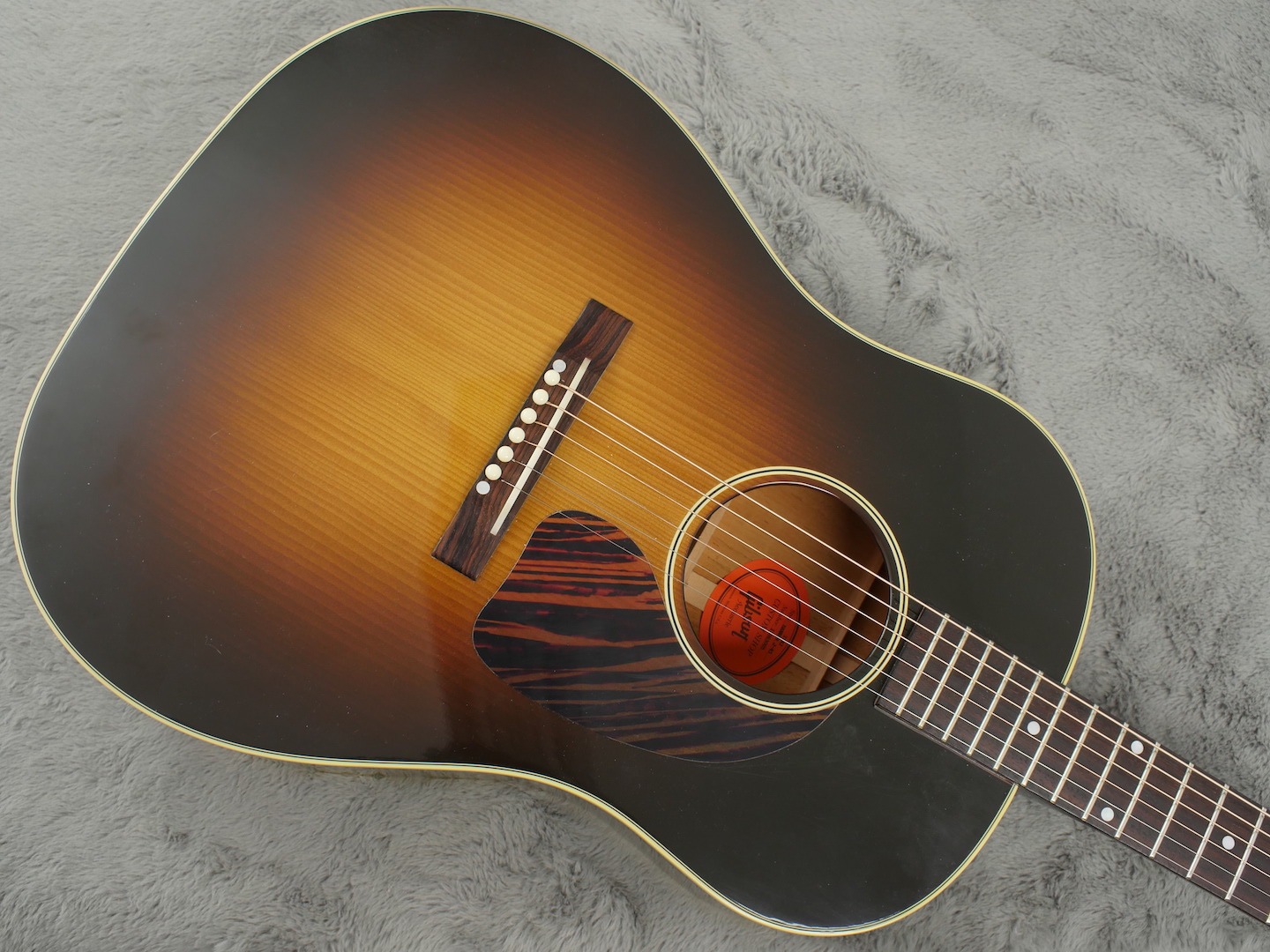 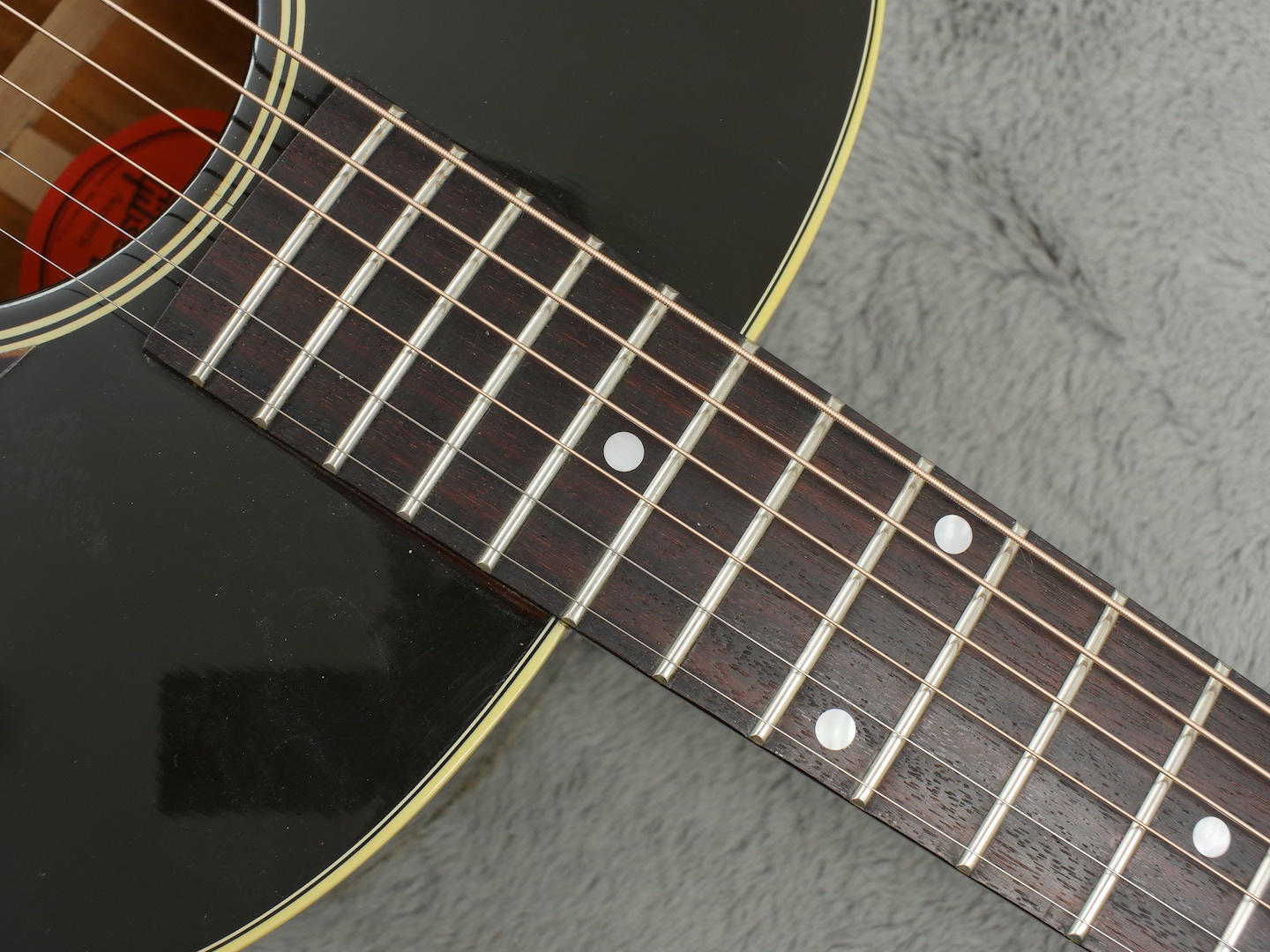 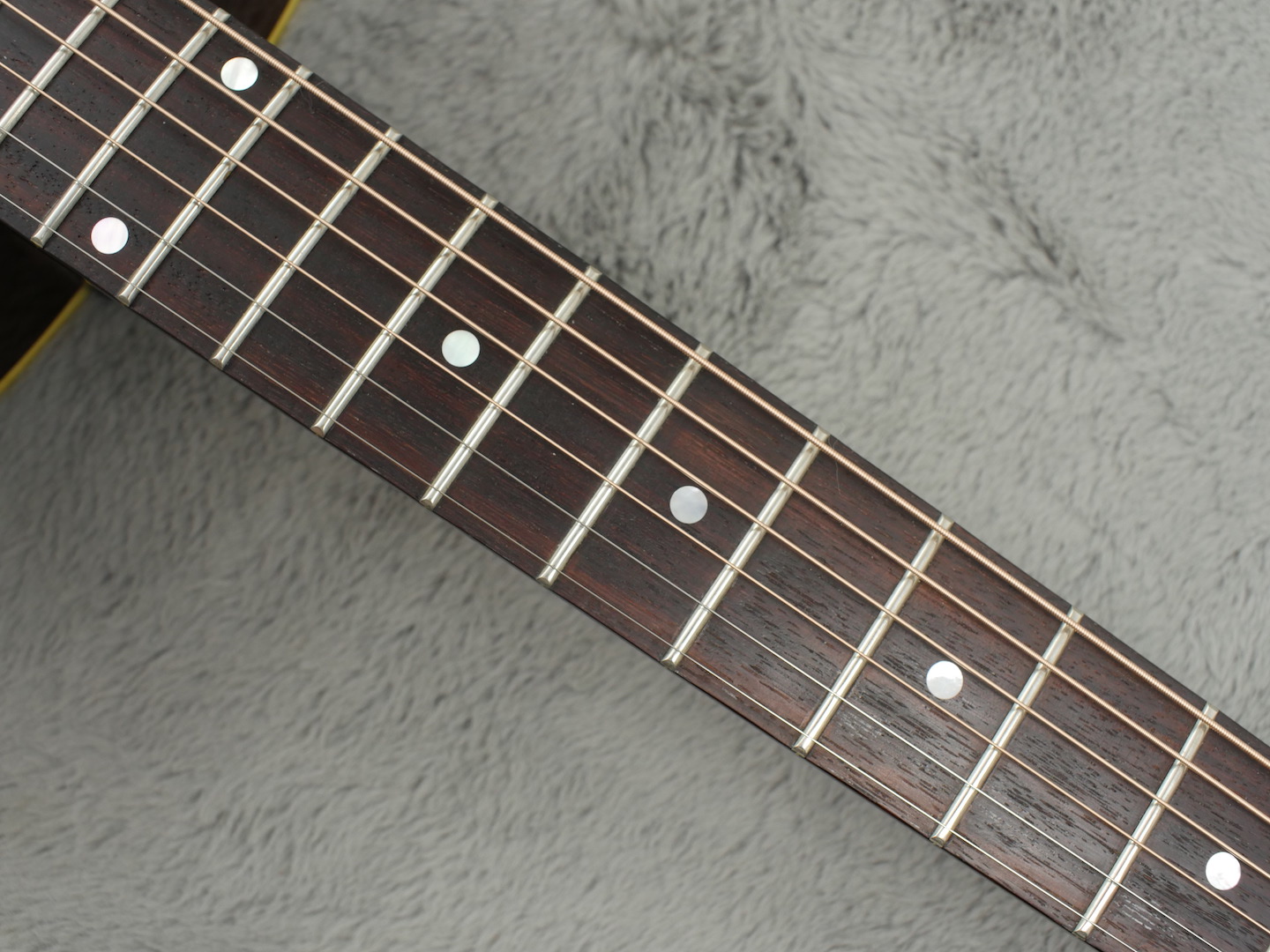 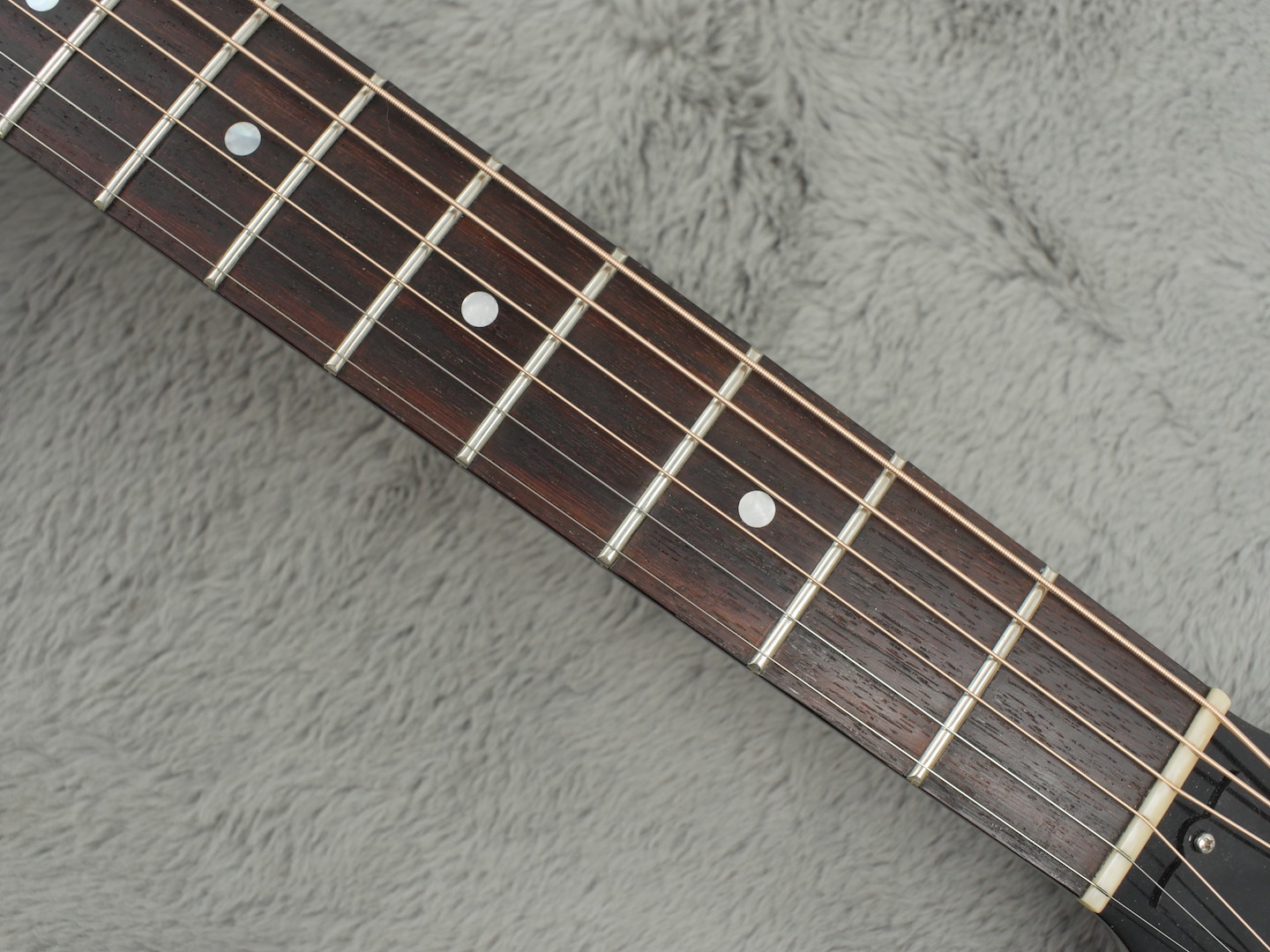 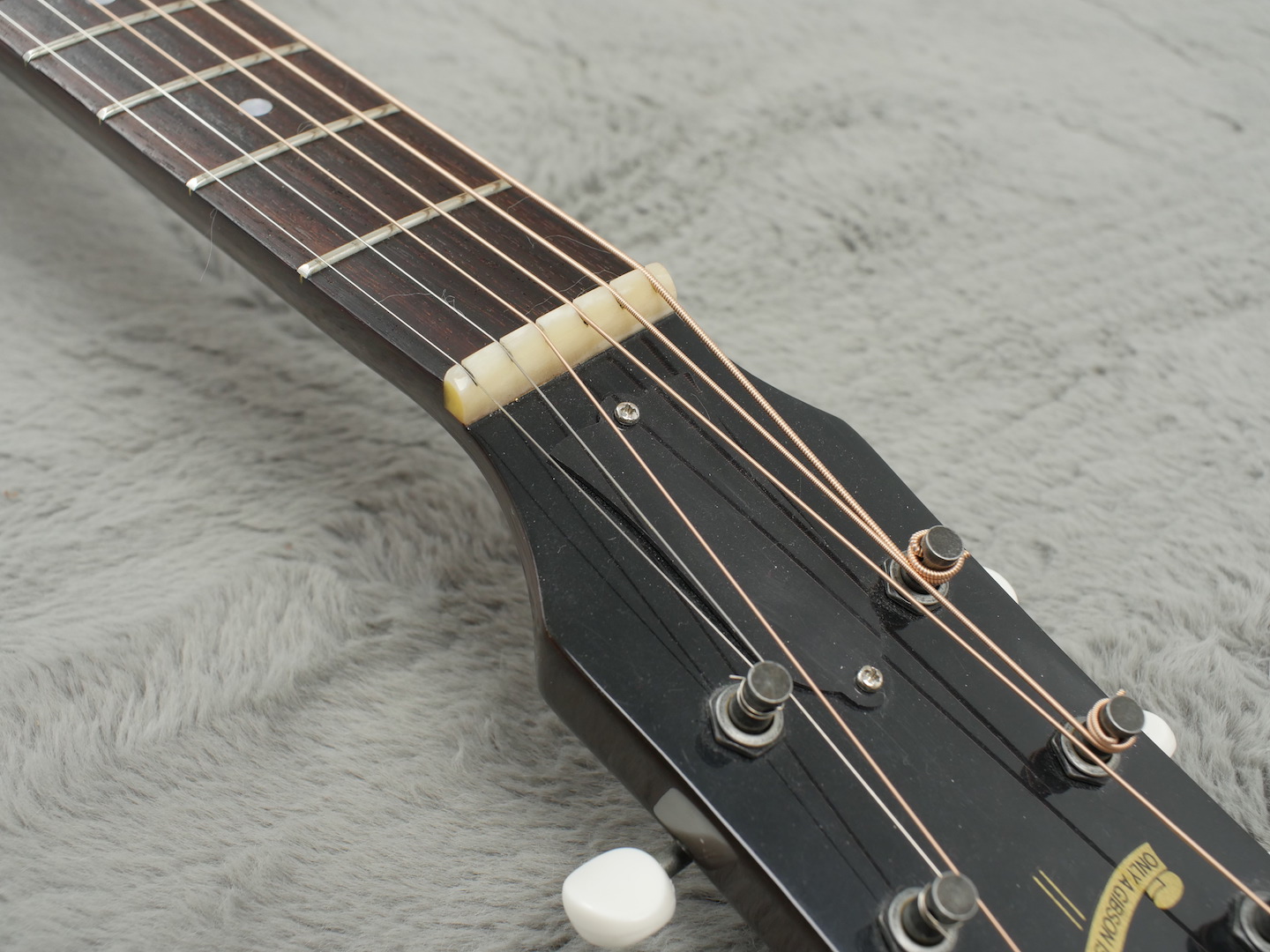 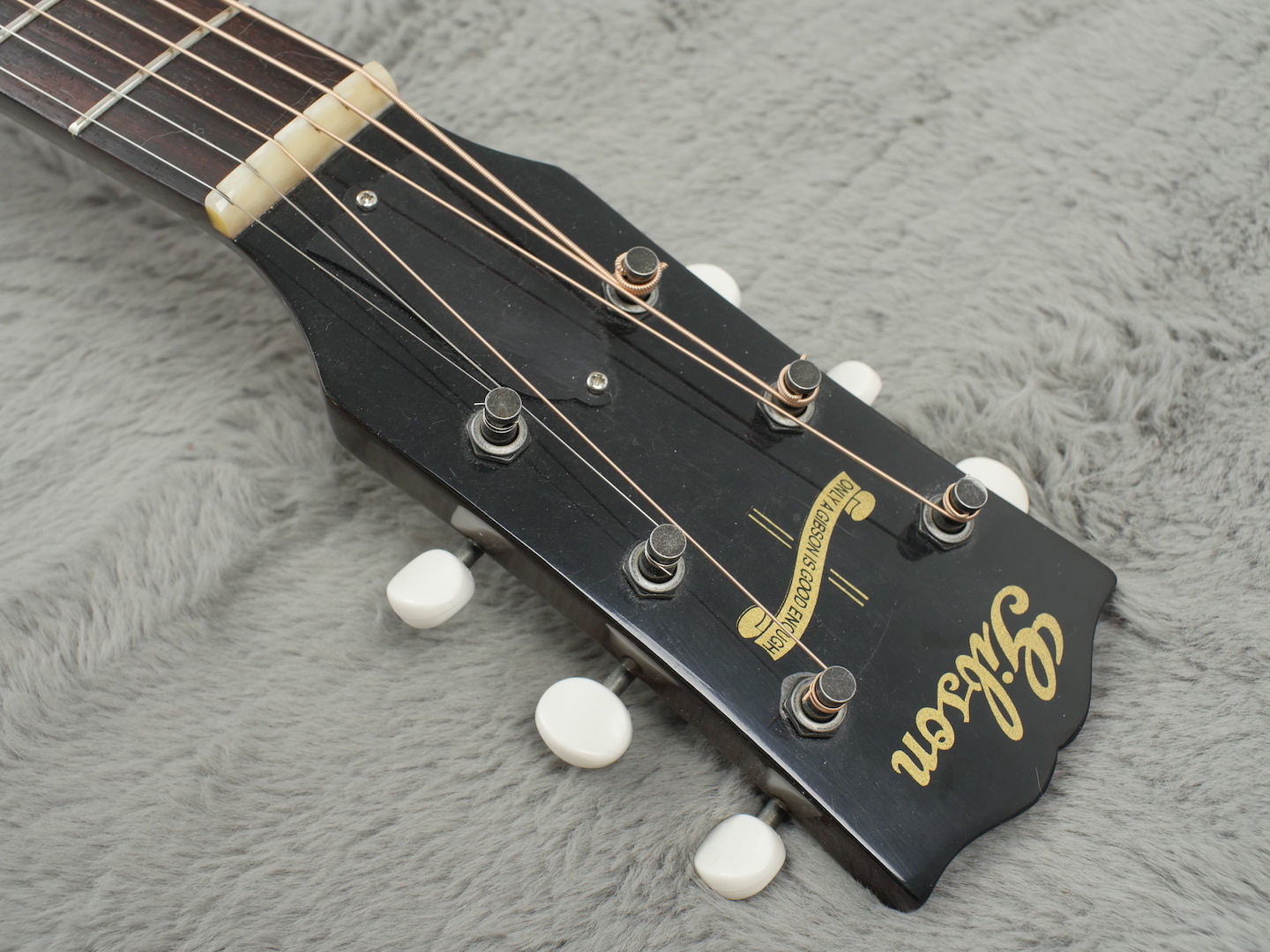 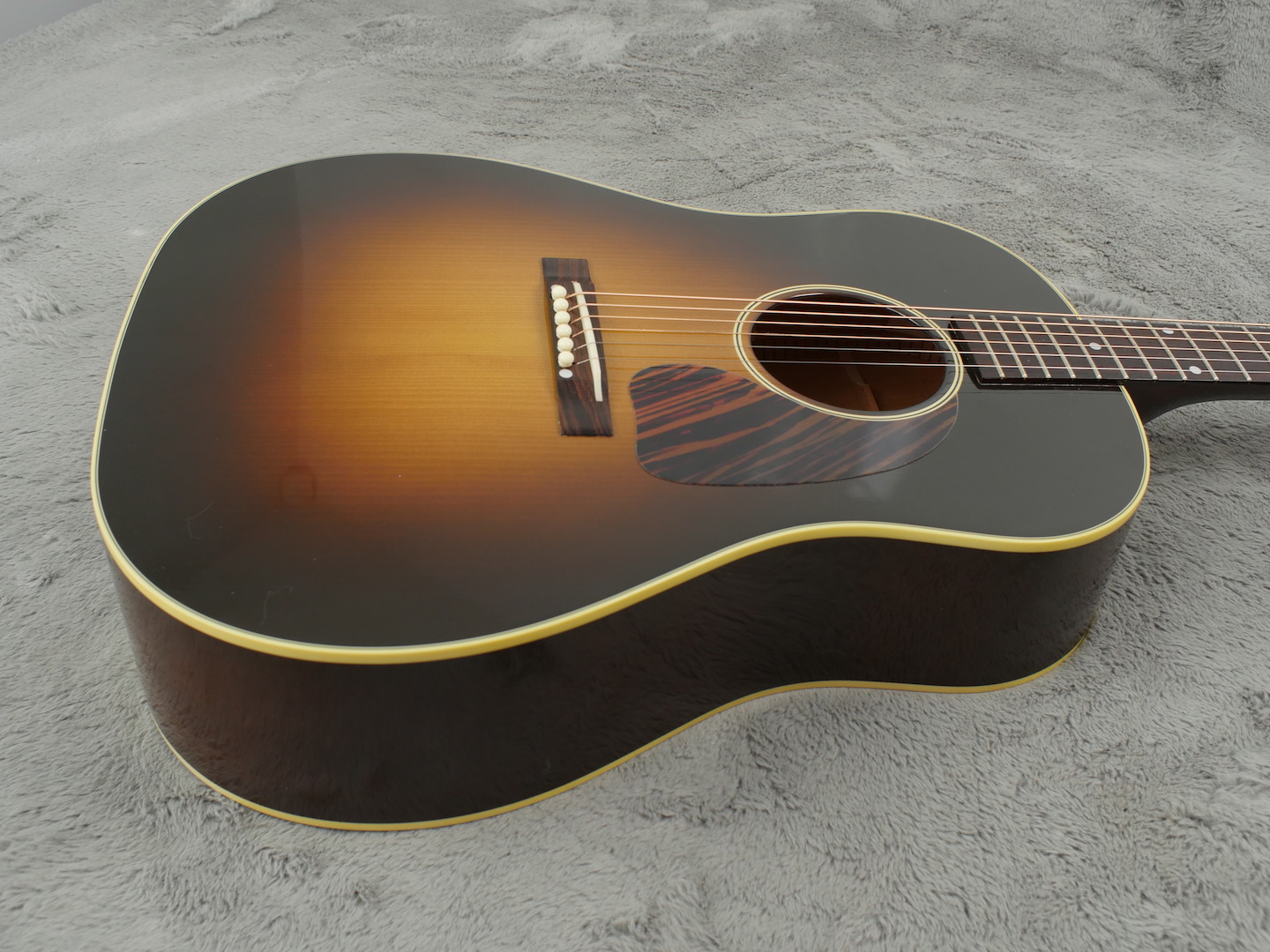 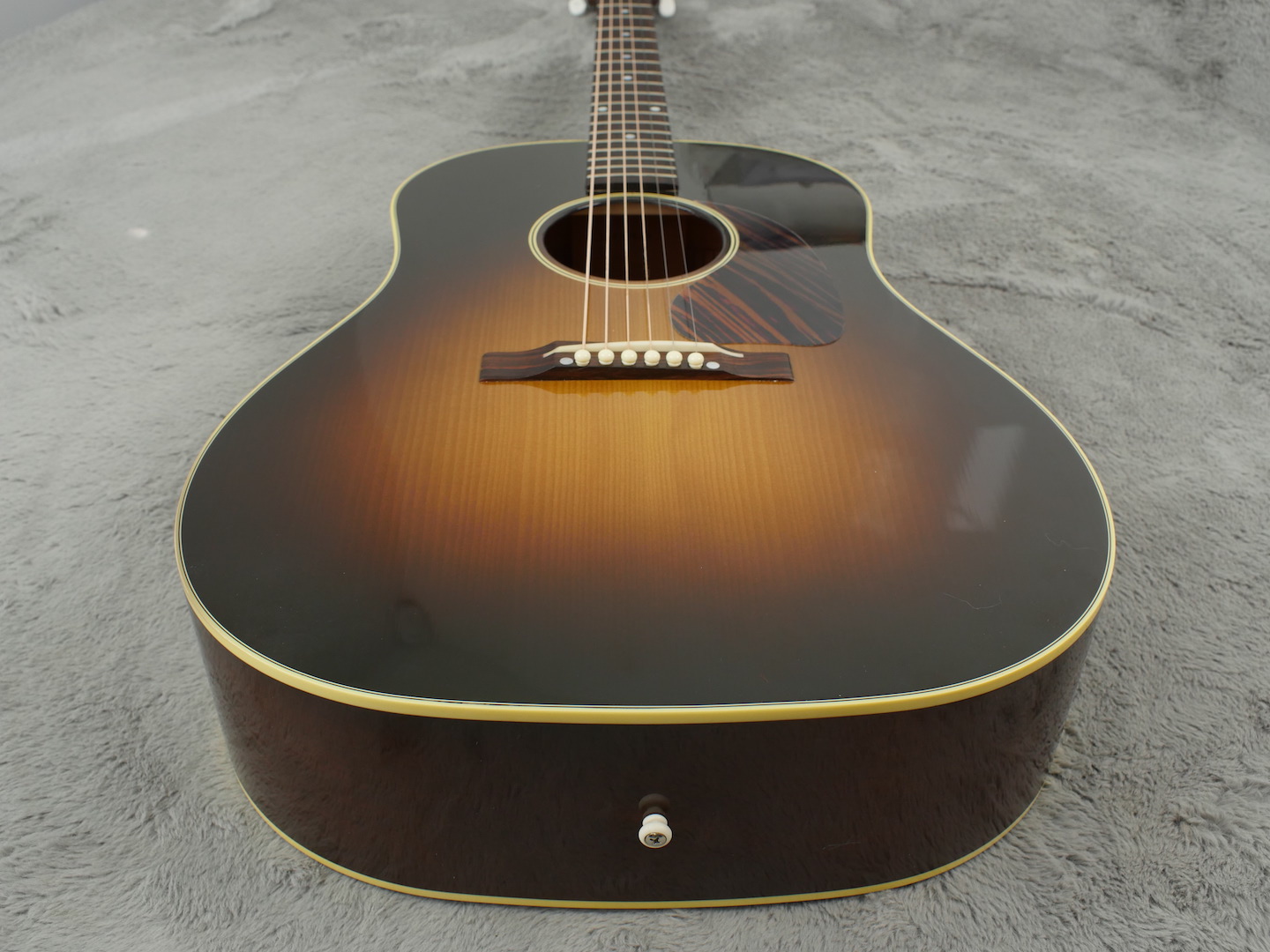 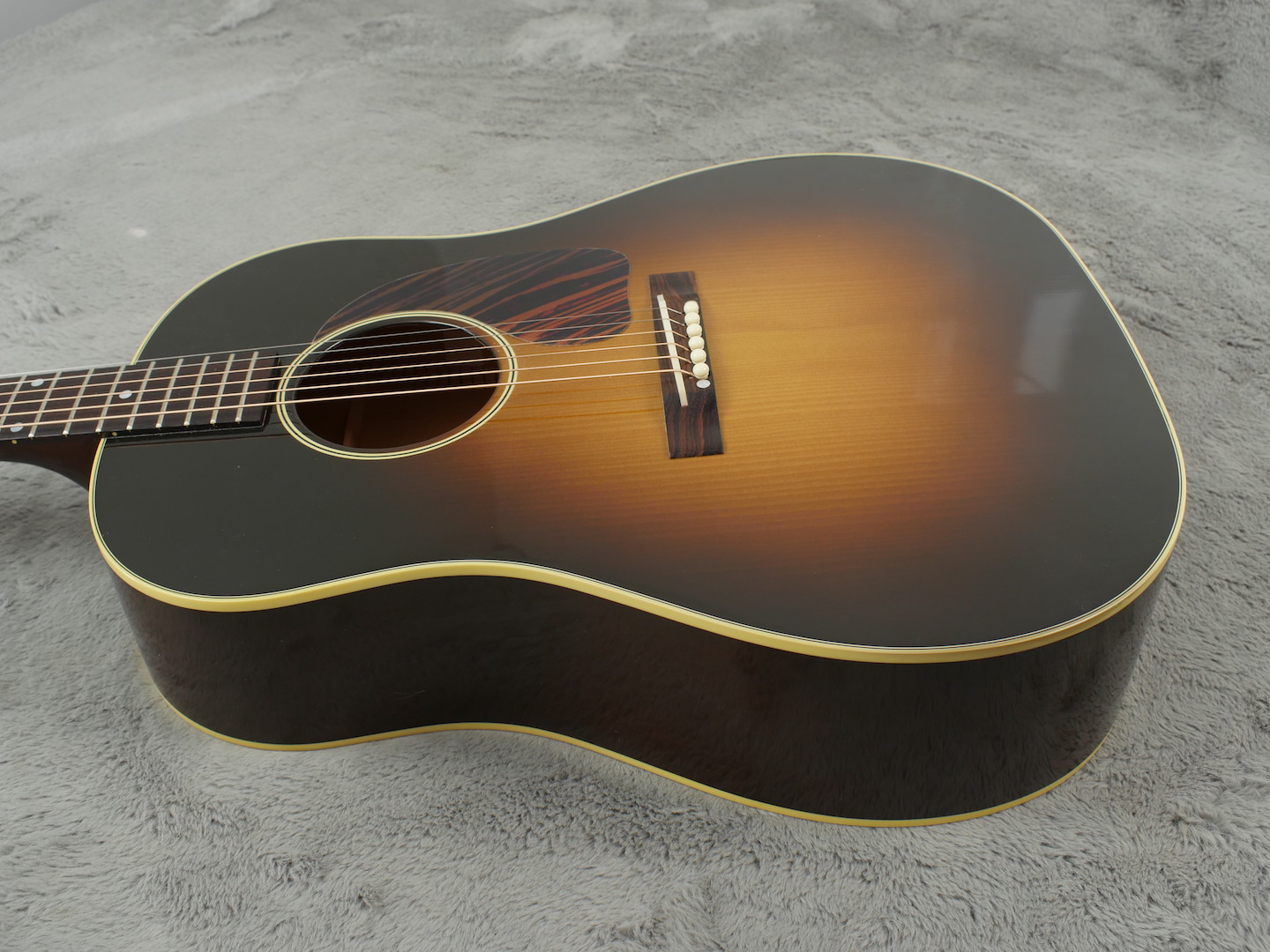 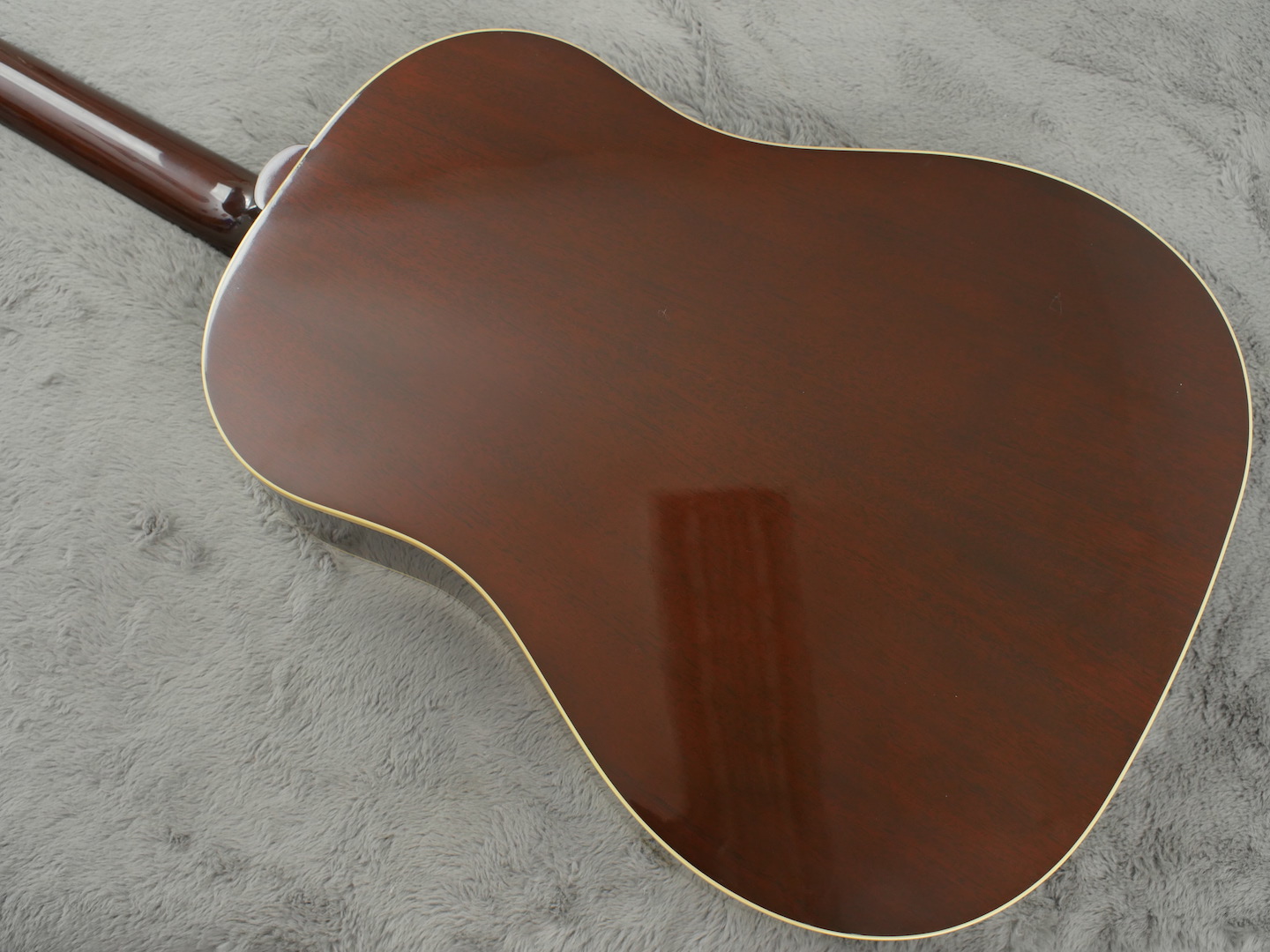 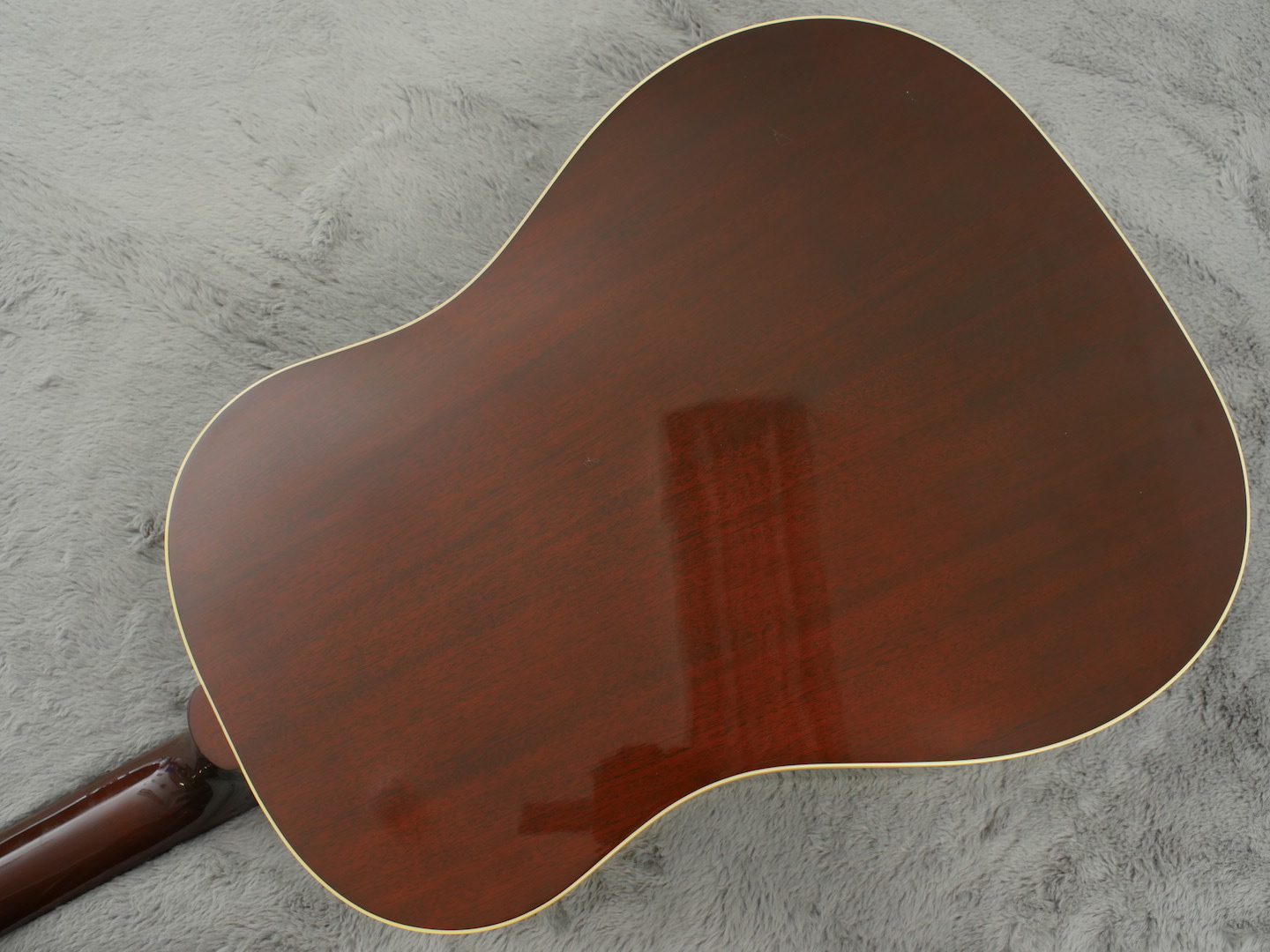 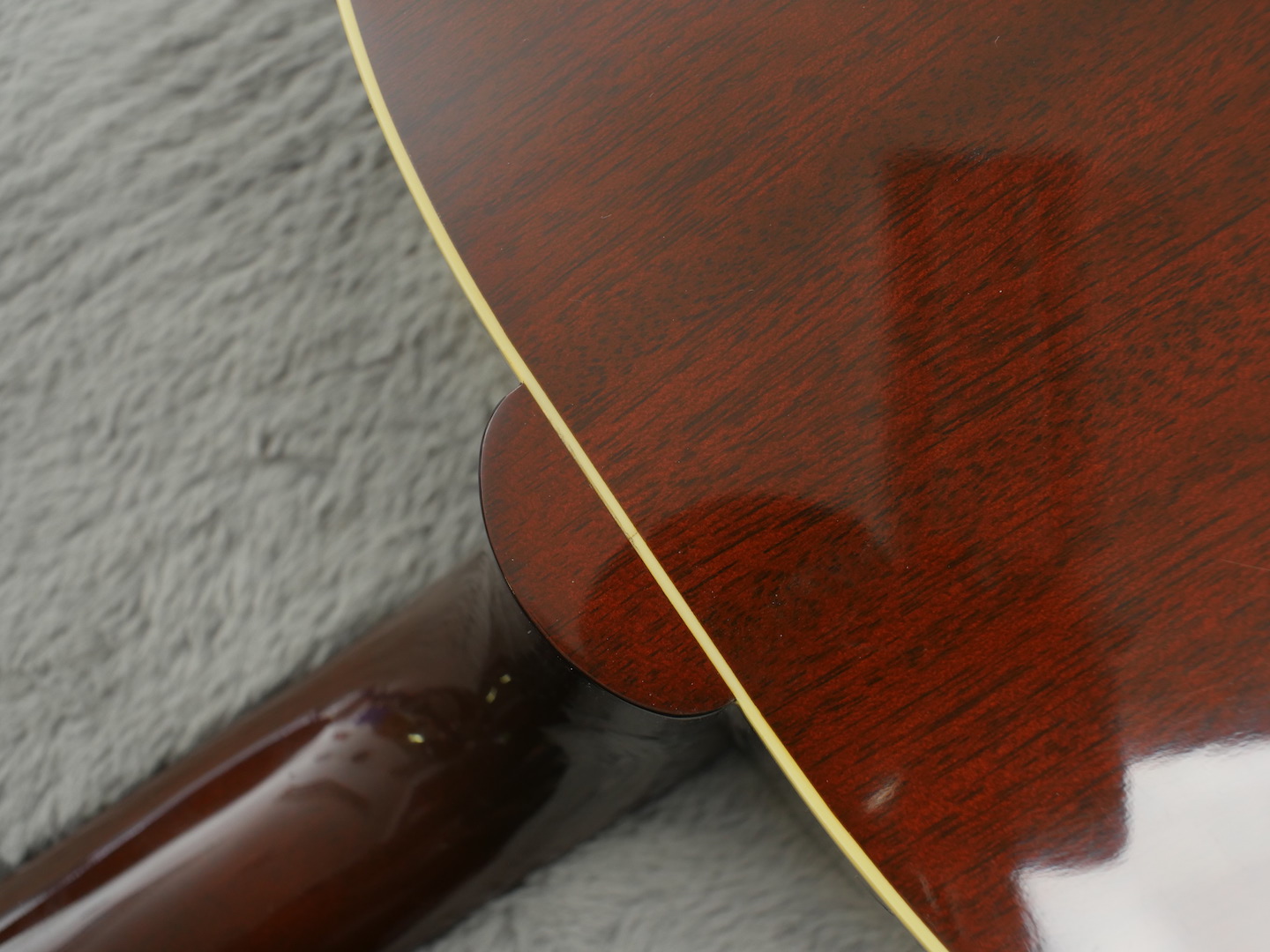 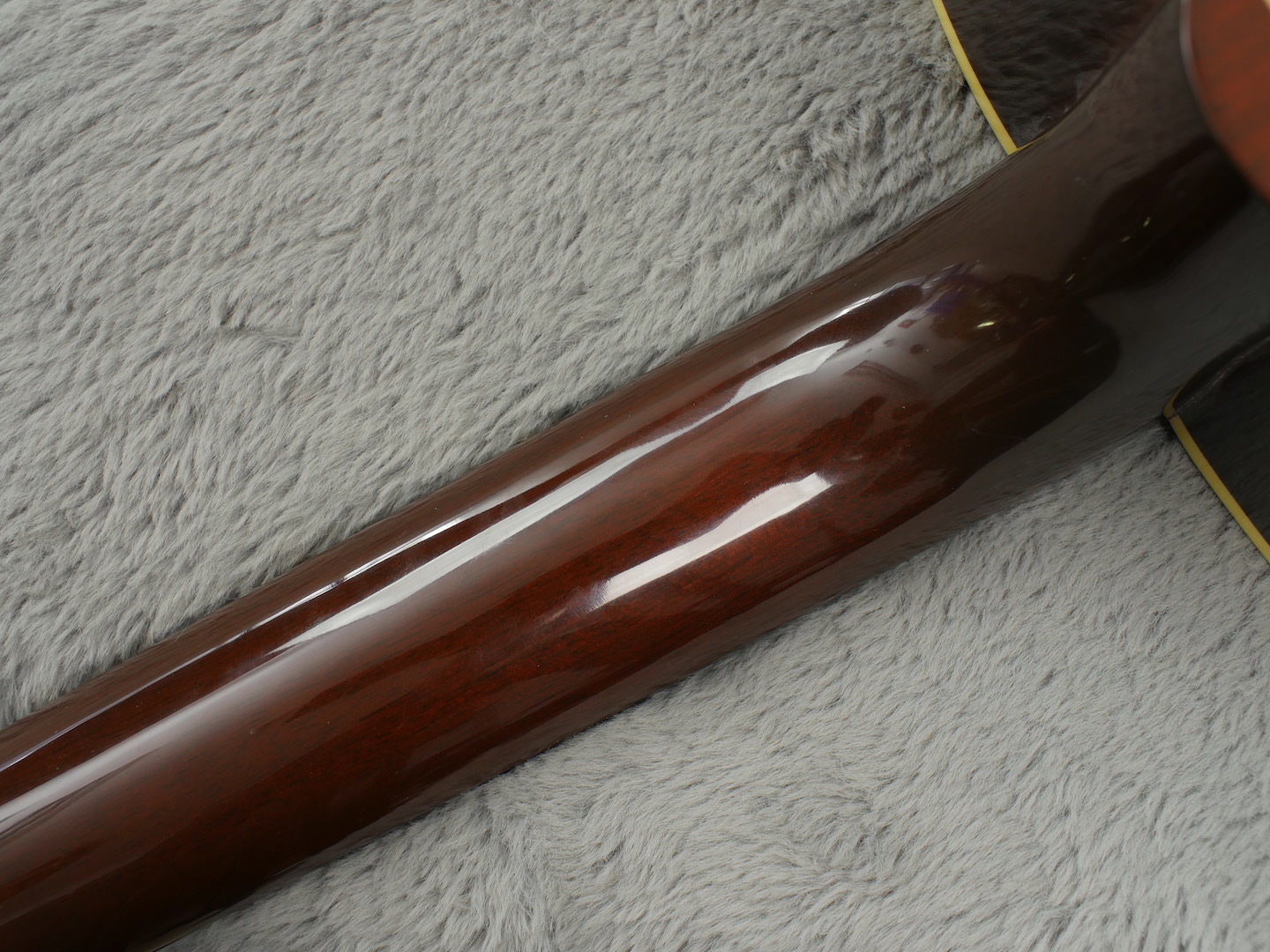 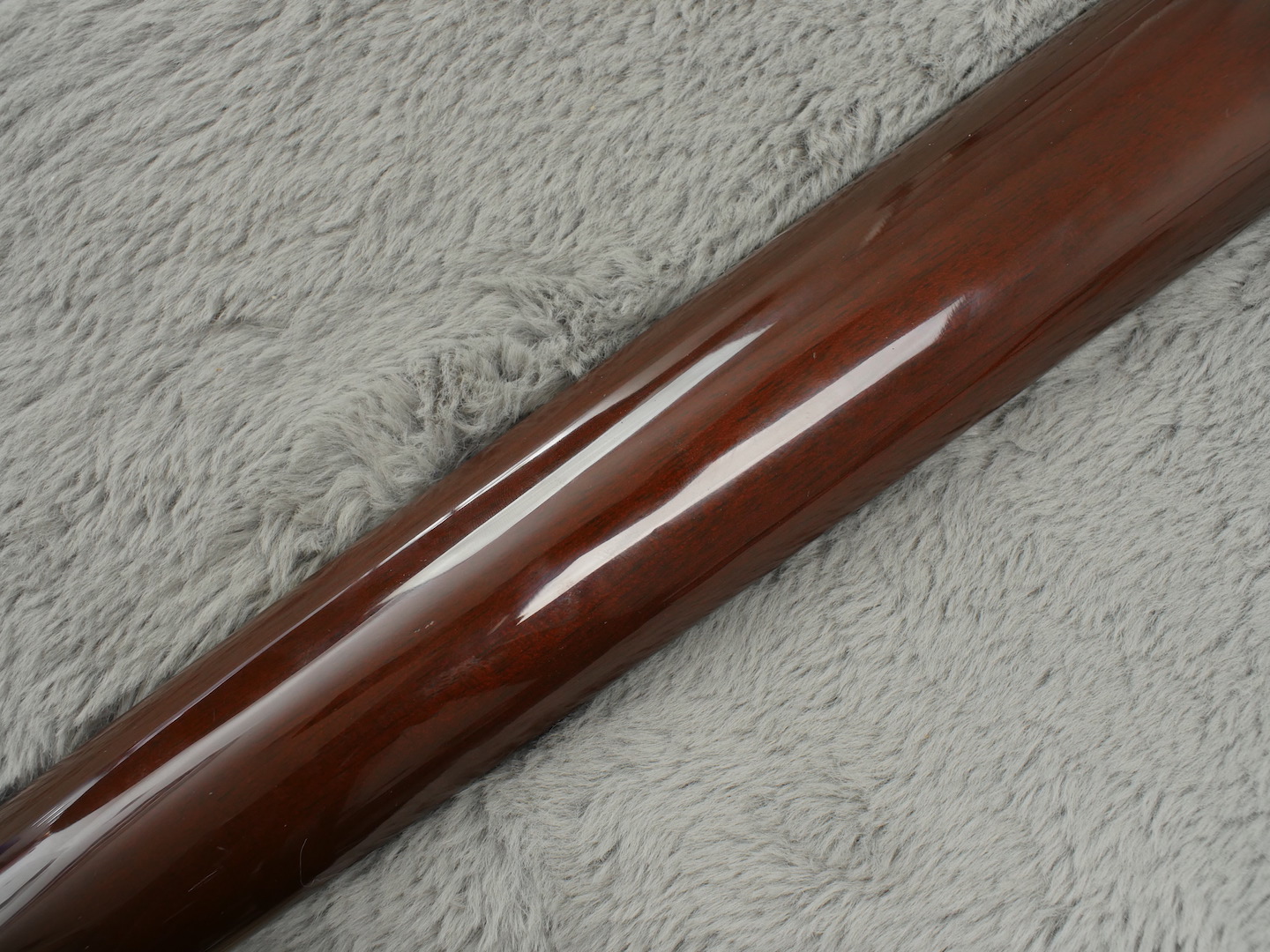 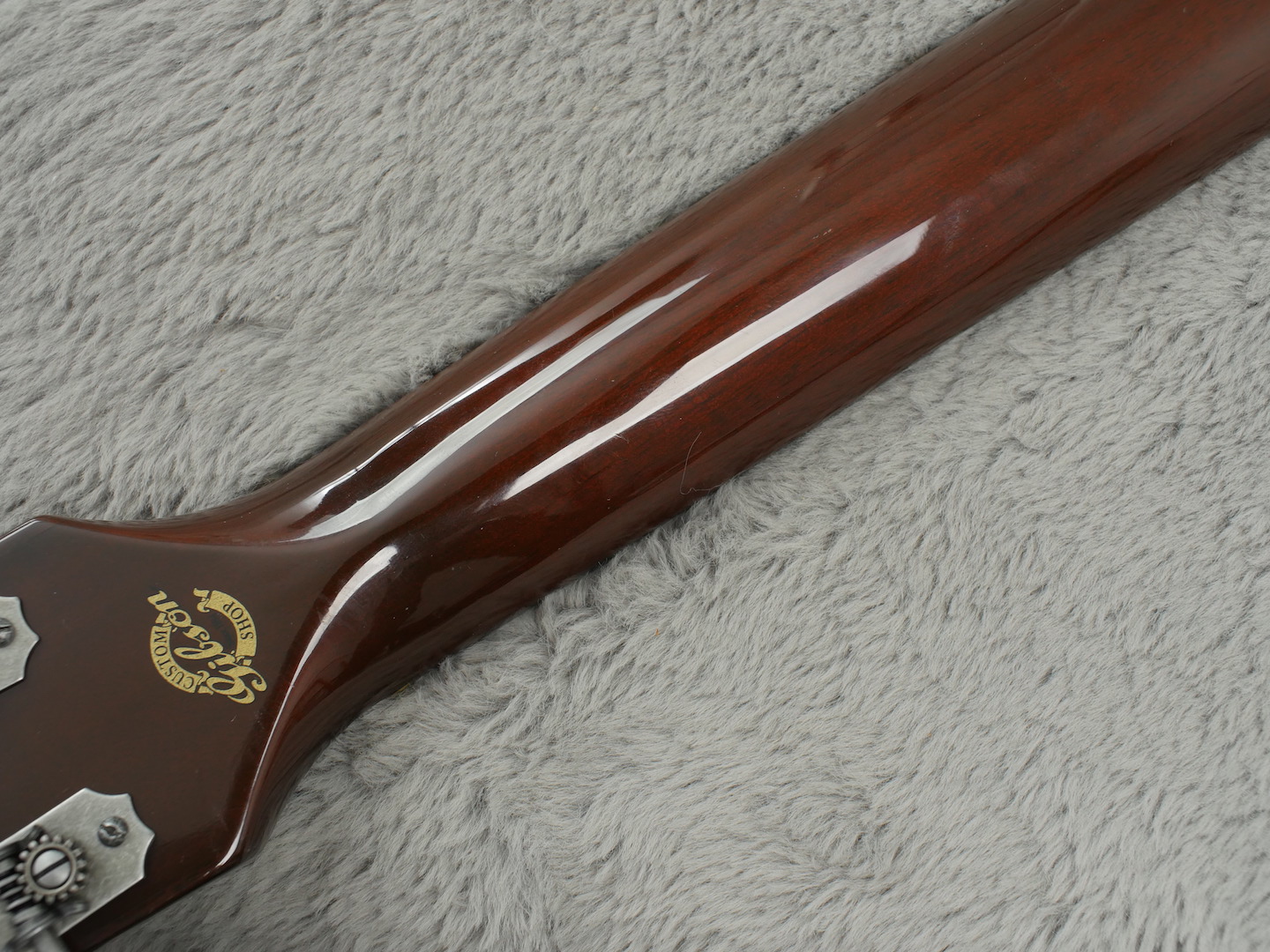 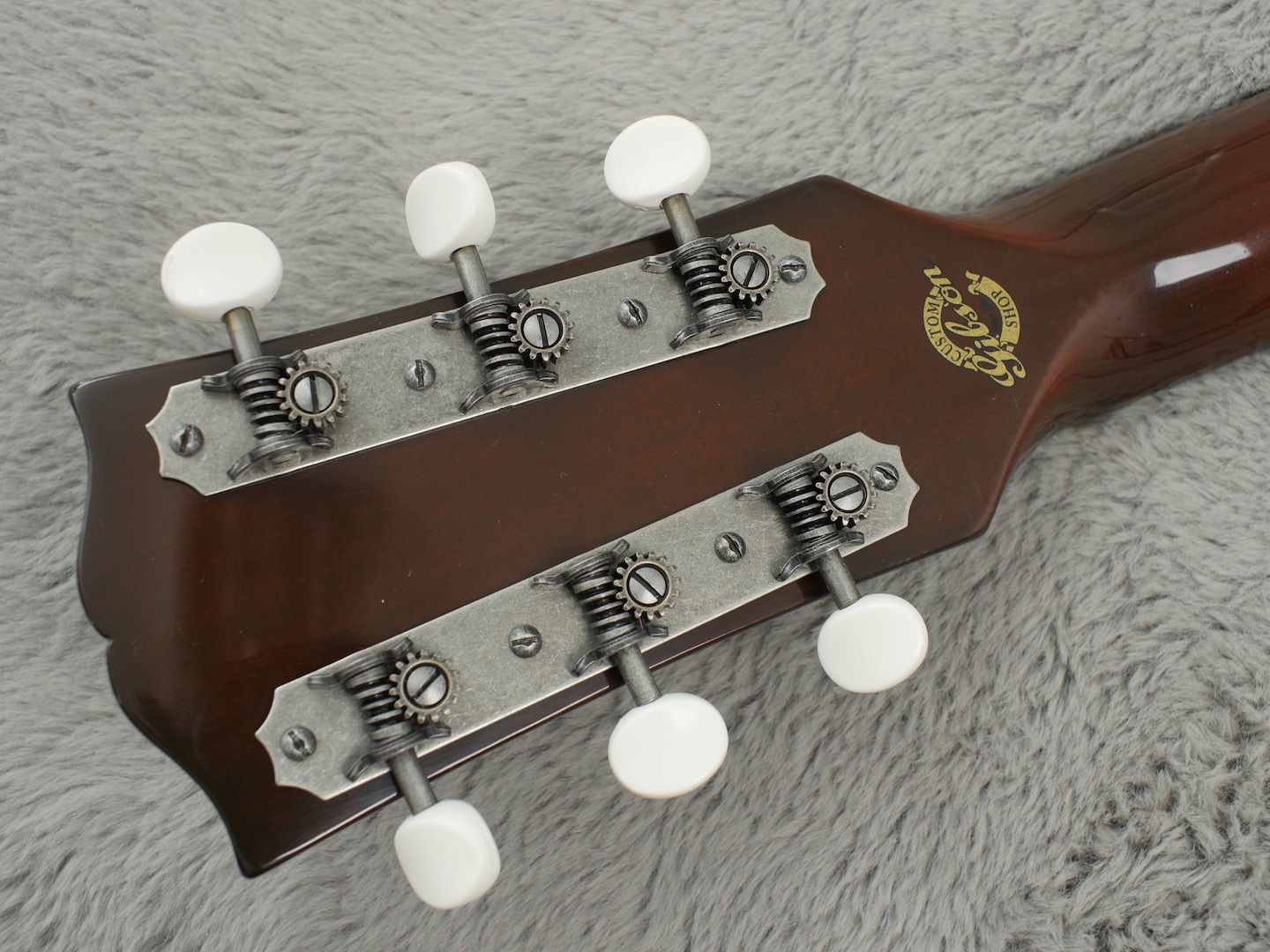