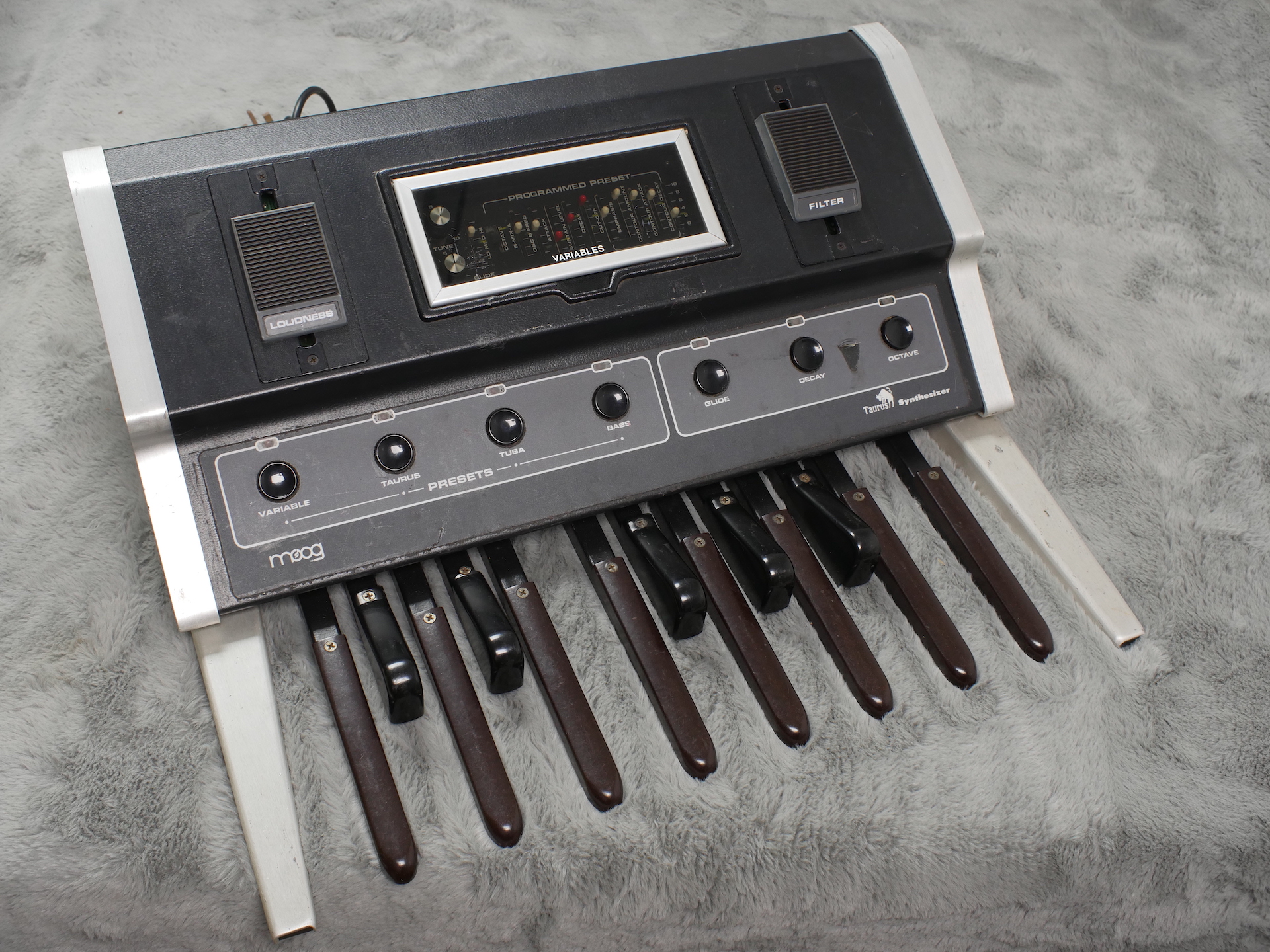 Brilliantly Bombastic Bass can be had from this Bodacious and sometimes Boisterous Box, from a Bygone era that has far from been forgotten...

There I was, bearly in to my teens, when I was taken to Bristol to see Genesis, sadly sans Peter Gabriel, but it was still an awesome show that I remember to this day. A couple of months later I was being blown away by Rush (RIP Neil Peart) in London and one of the most memorable feelings I took from both these gigs was the totally stunning, deep sub bass both acts had which though a sizeable PA system was nothing short of epic.

It was a year or so later as my interest in production grew that I sussed out this amazingly deep bass was provided by Mike Rutherford’s and Geddy Lee’s Moog Taurus Bass pedals. A very fine example of which, we happen to have here.

This is the Mk 1 version of the Taurus with the favoured oscillator boards and its own unique electronic design. The Taurus II which came about in 1981 basically used the circuit from the Moog Rogue so this is the most favoured variant of this formidable bass beastie.

It comes complete with its own flight case which is covered in various, interesting stickers so transportation of these pedals should not pose a problem.

It is in good condition, it seems to work brilliantly well and sounds well, bombastic like. There are a few marks here and there, it has obviously been used but it has had the same last owner for 20+ years who has looked after it. Included is a a couple of spares too.

Not very often we get something like this and I doubt if we will get another anytime soon so if you are looking for a good example of the original, then here it is… 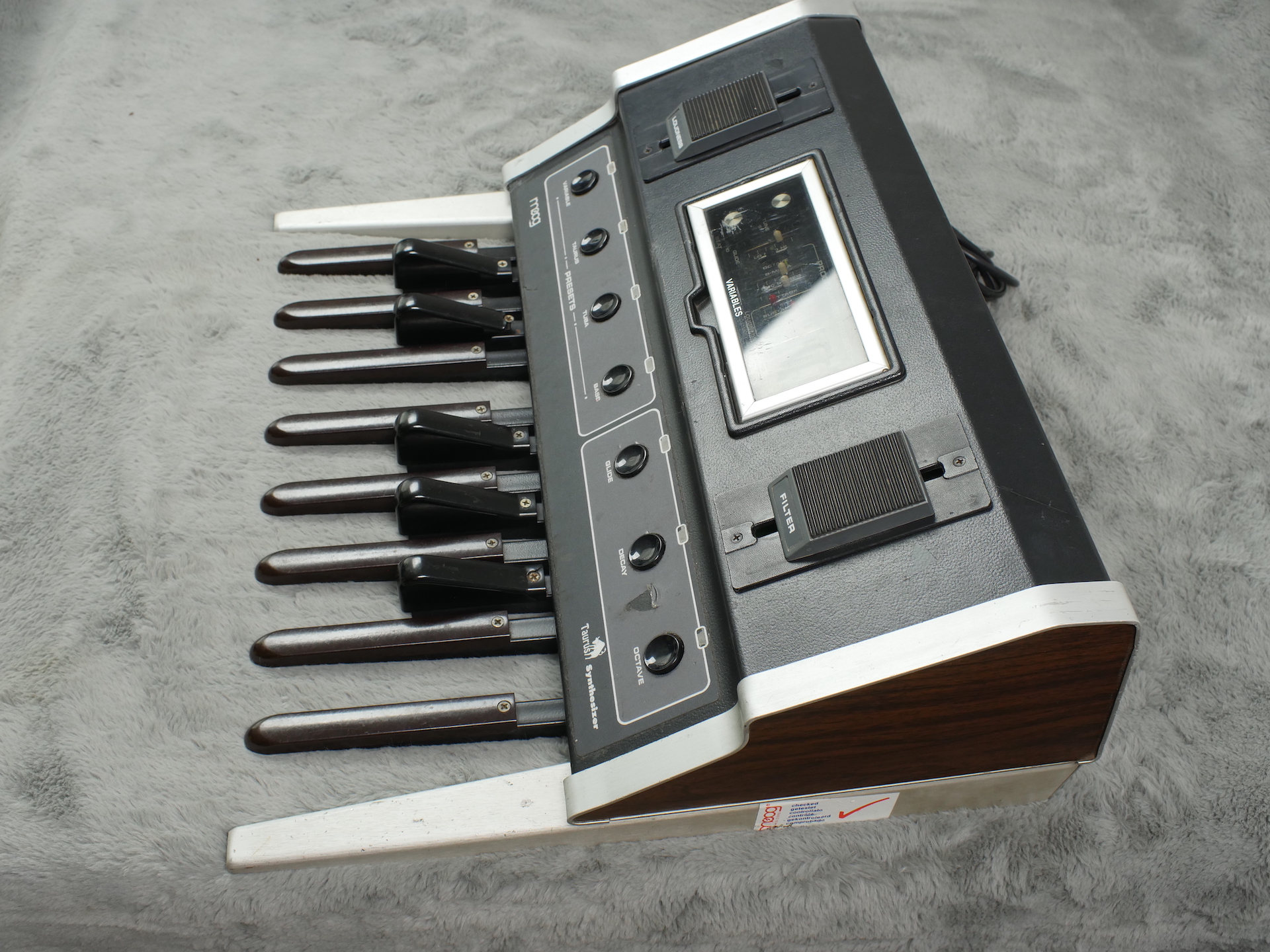 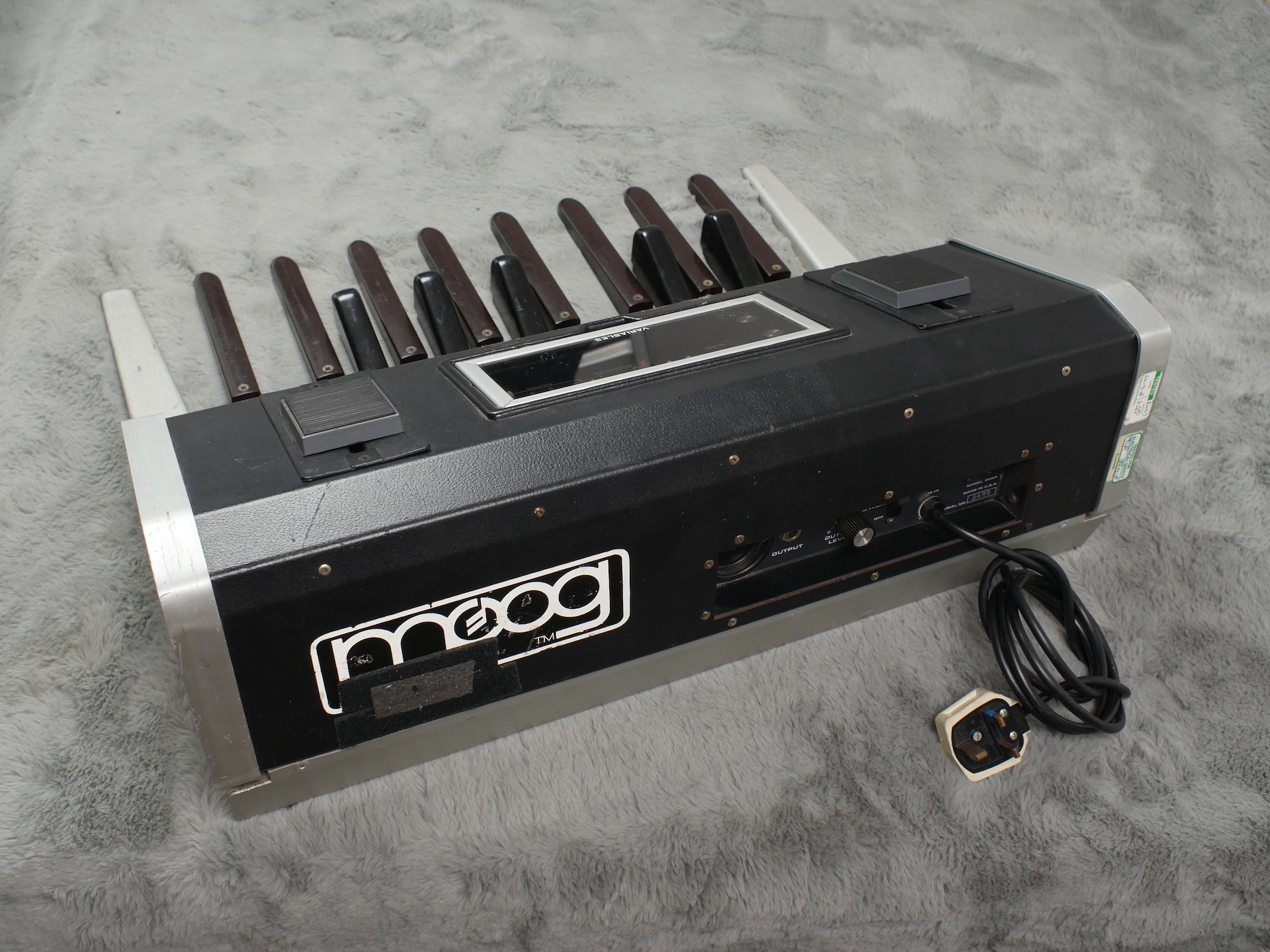 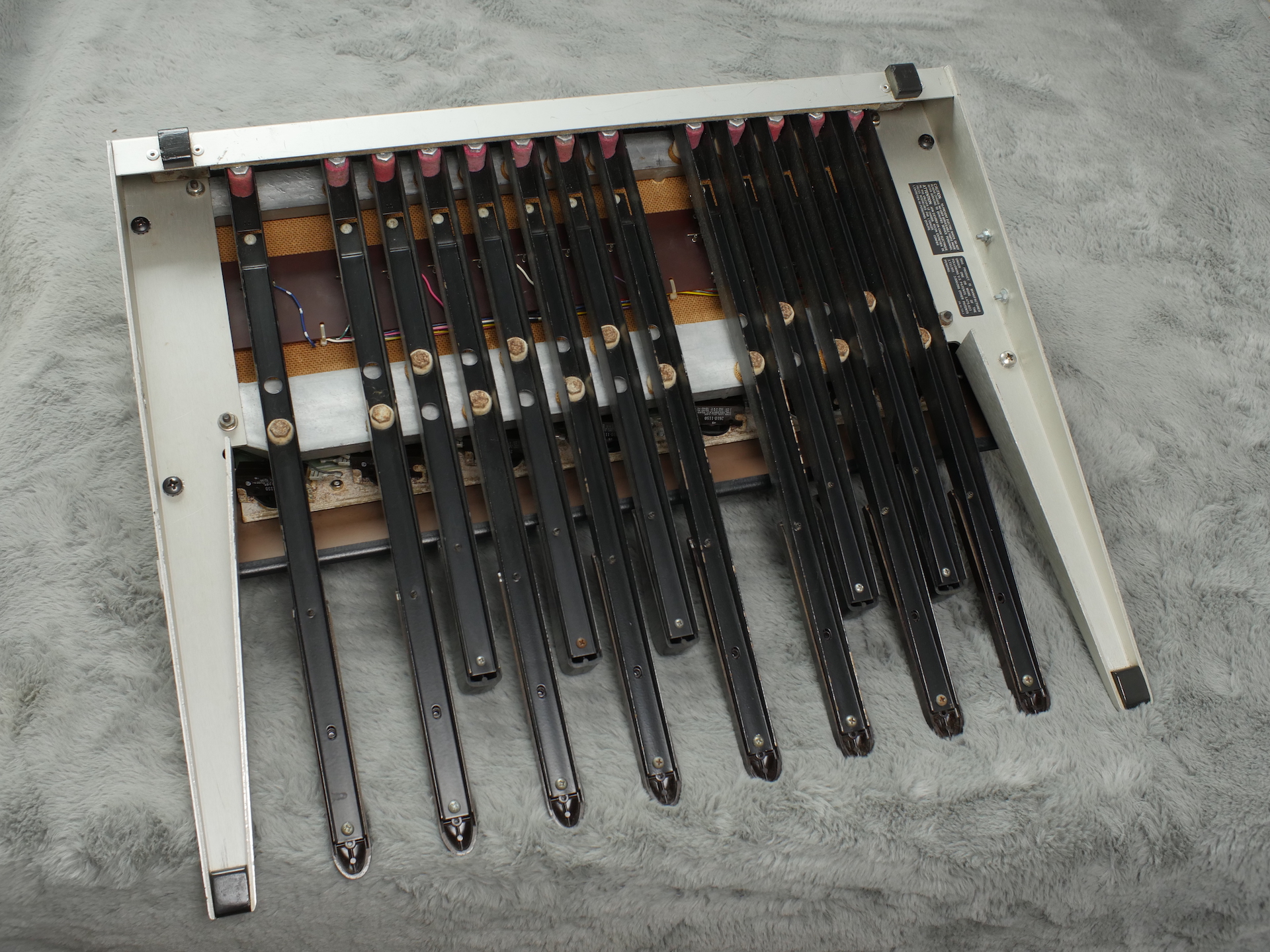 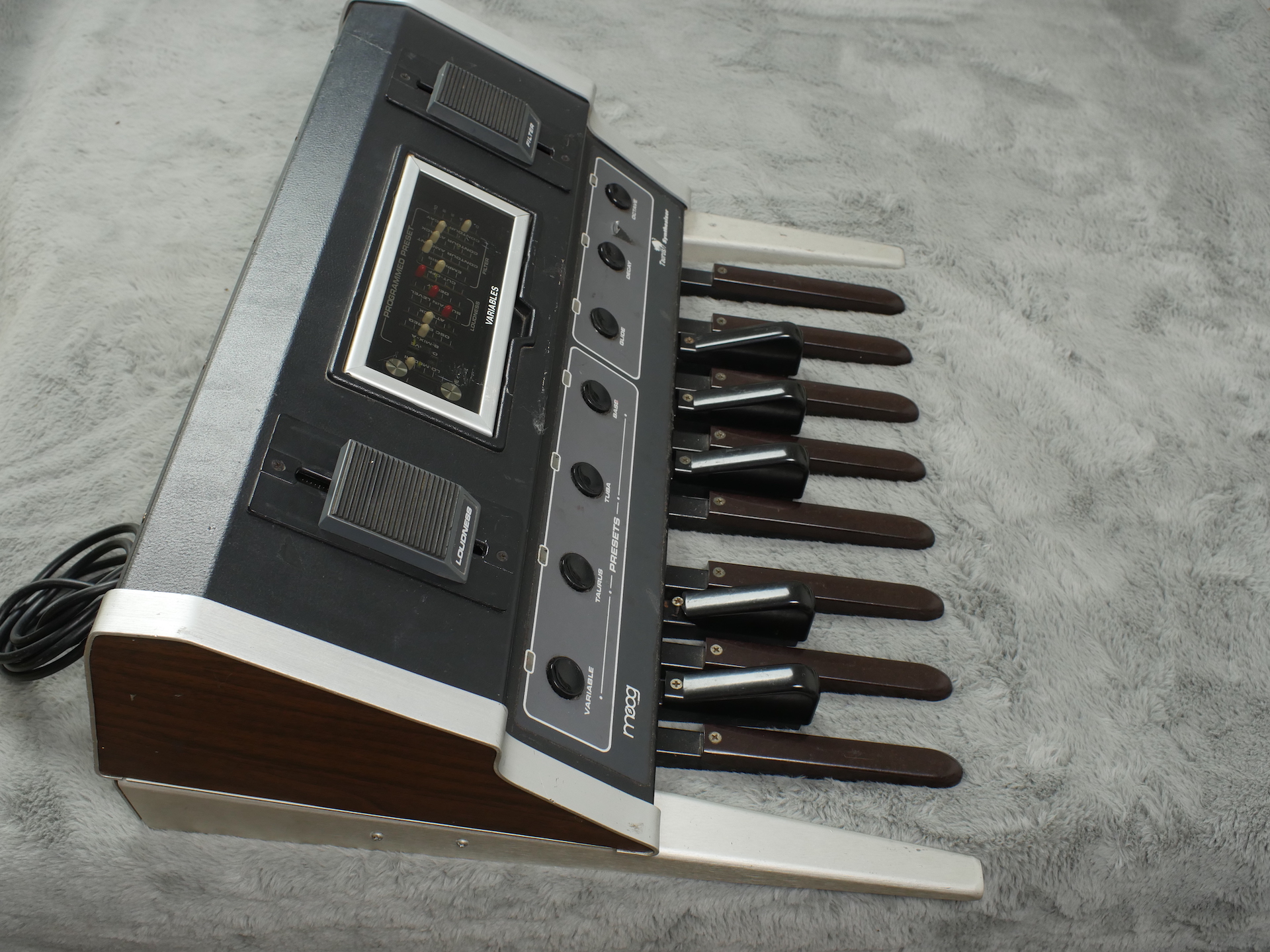 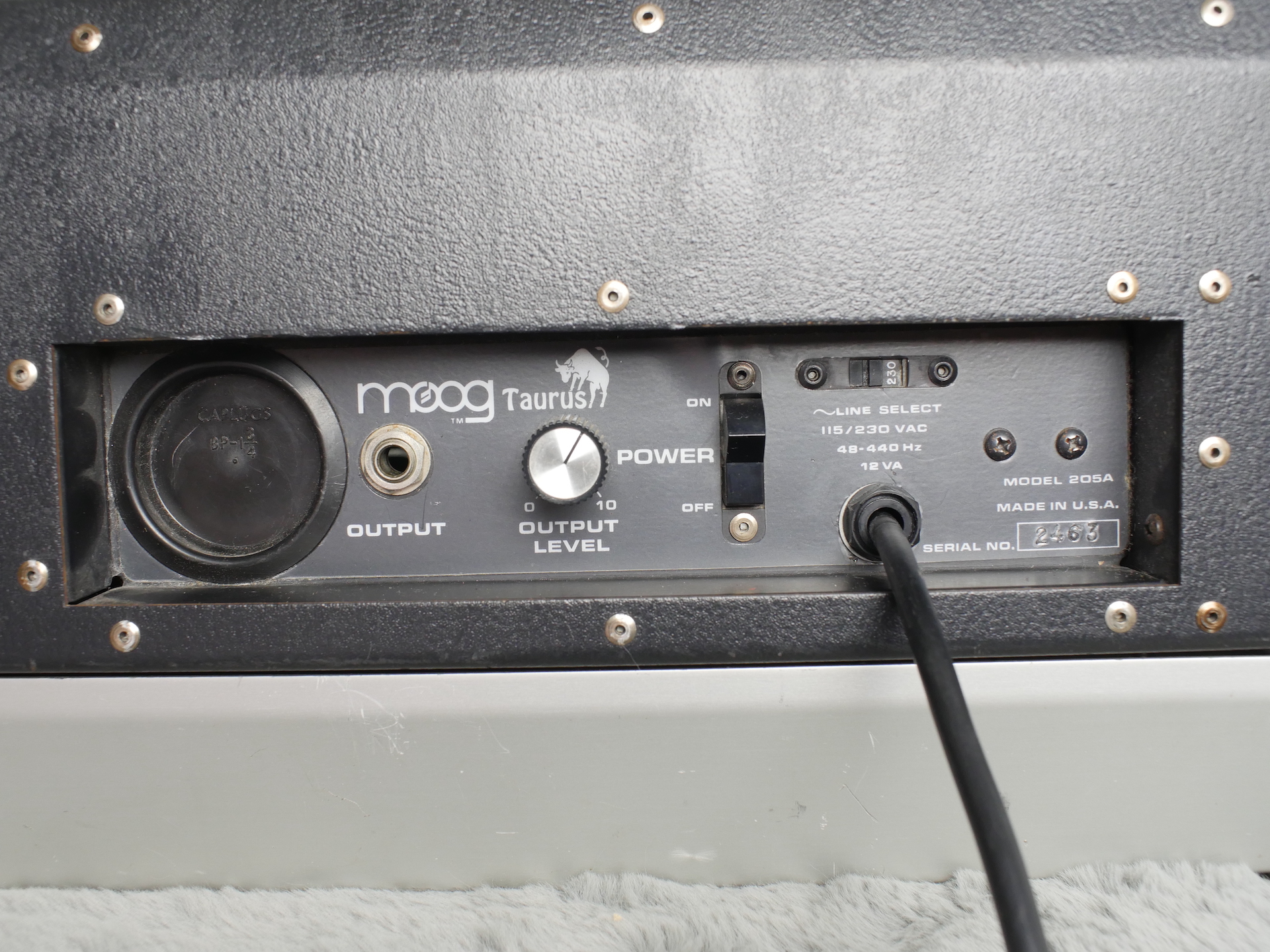 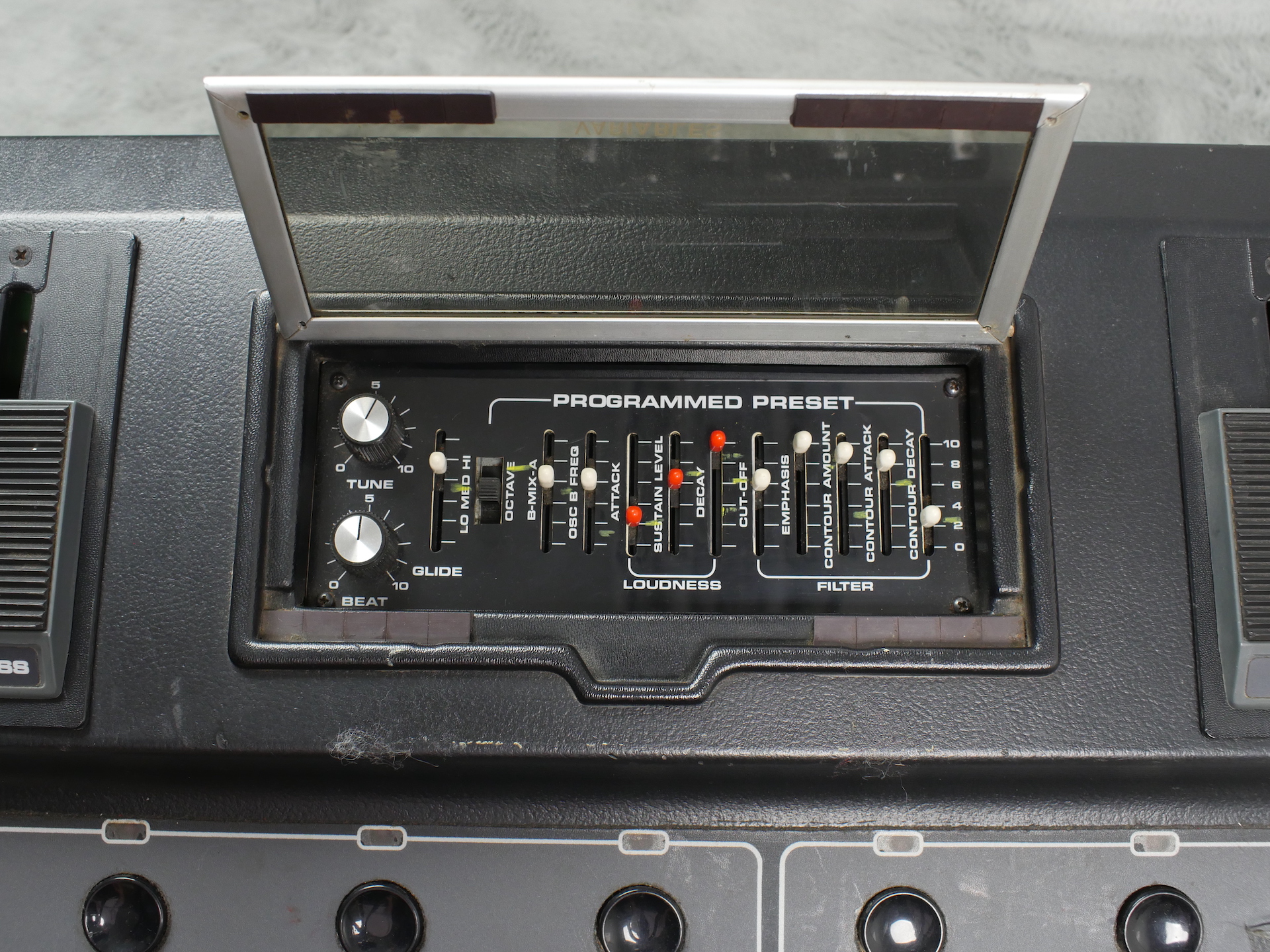 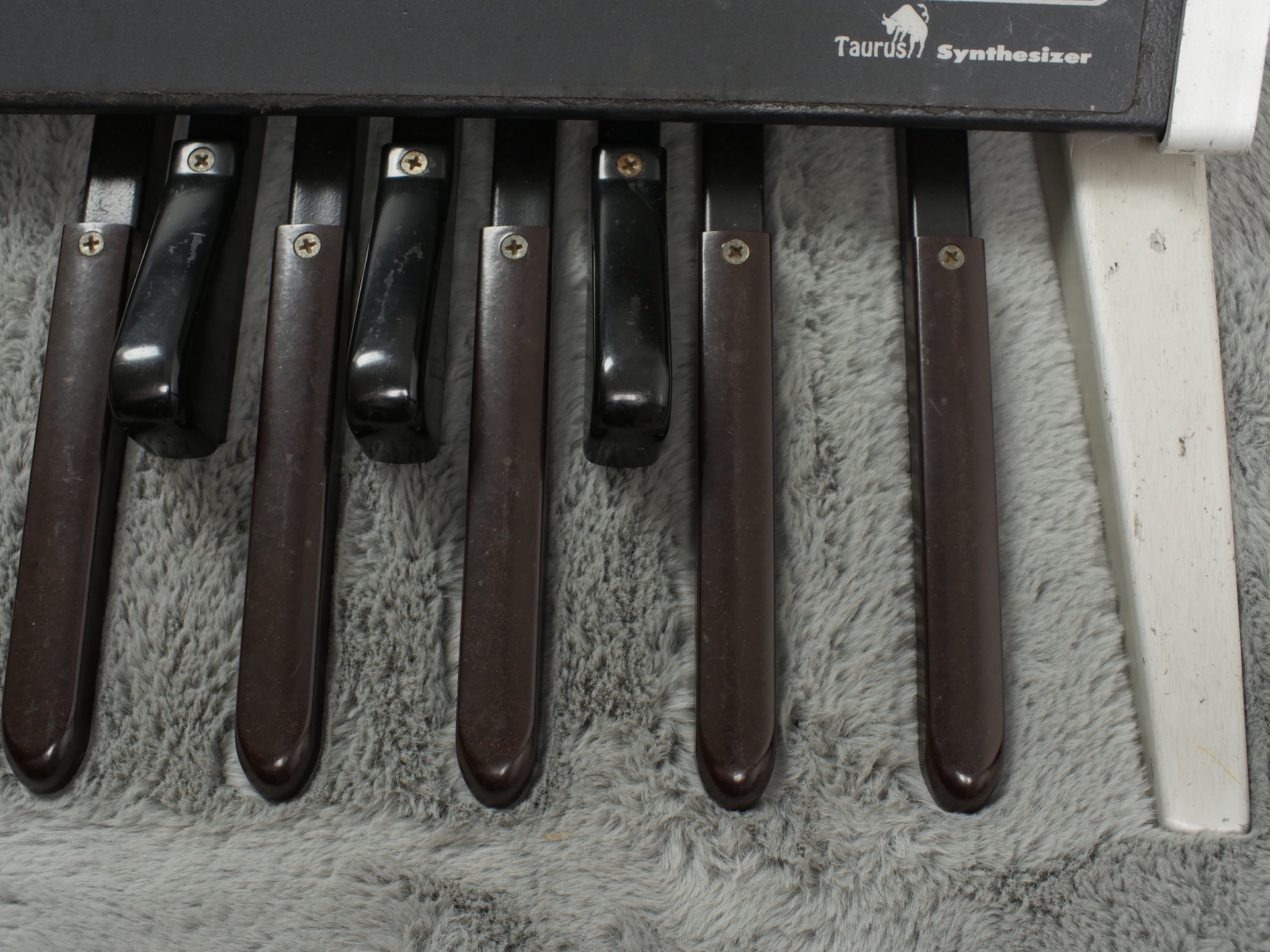 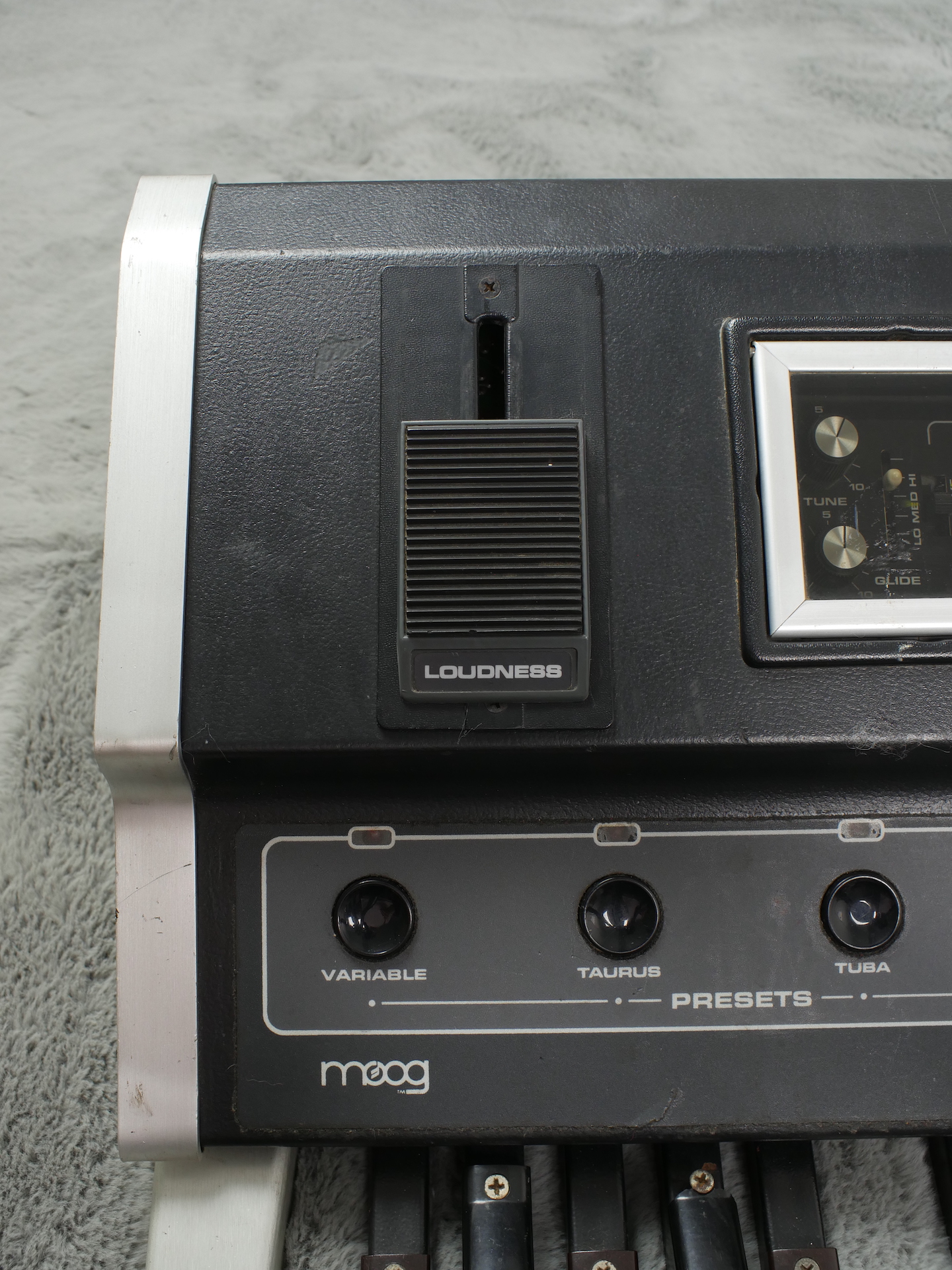 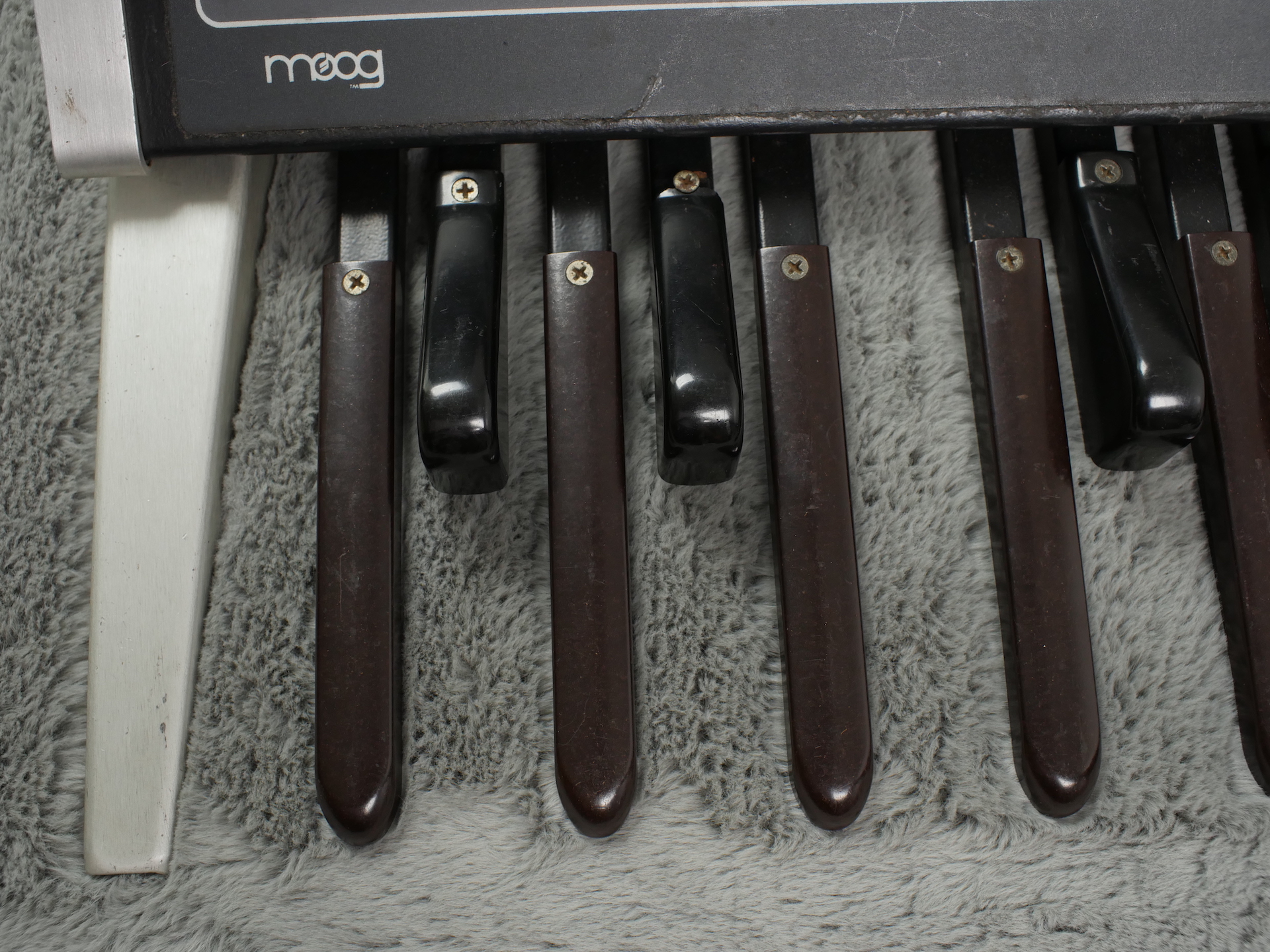 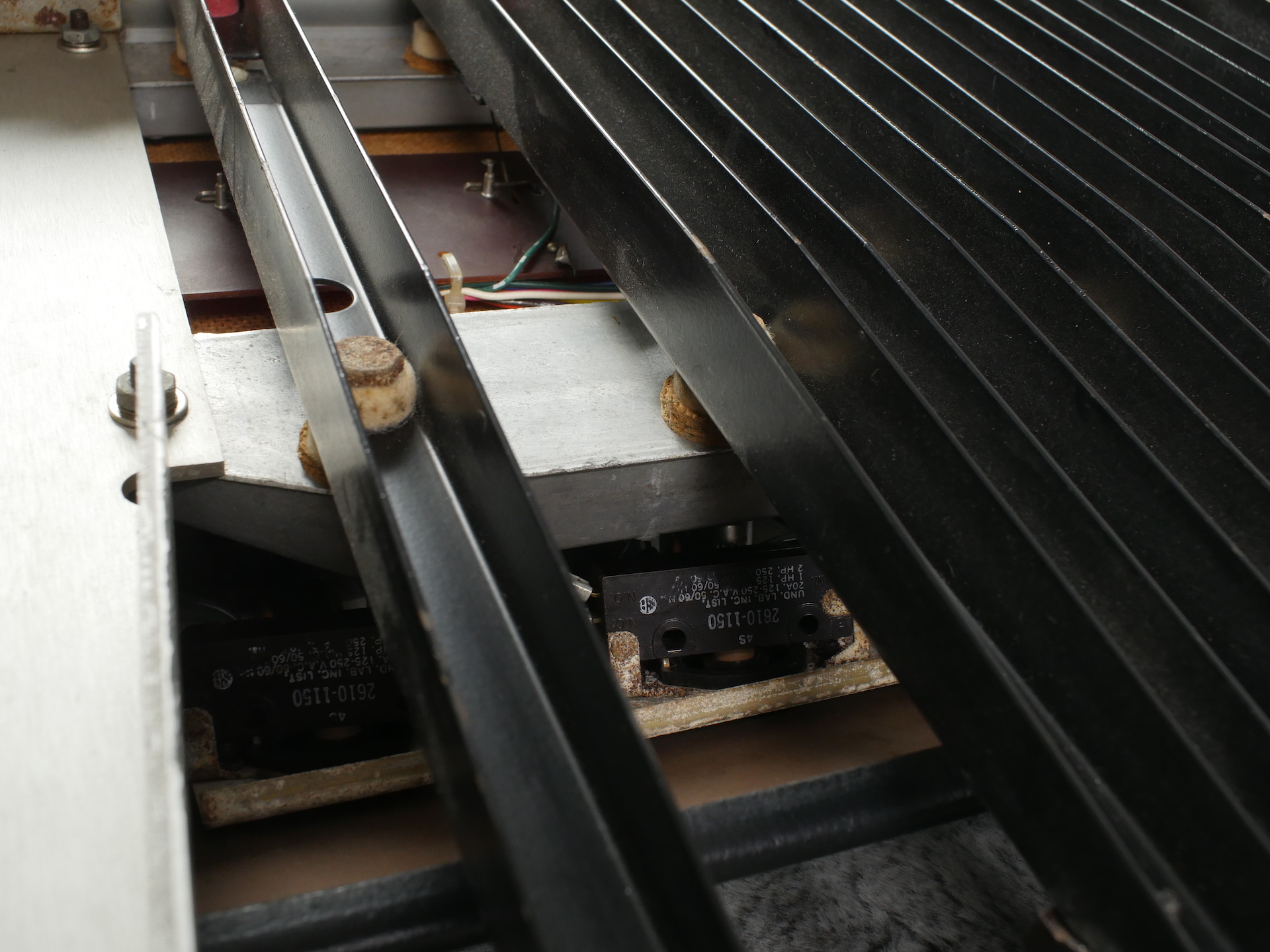 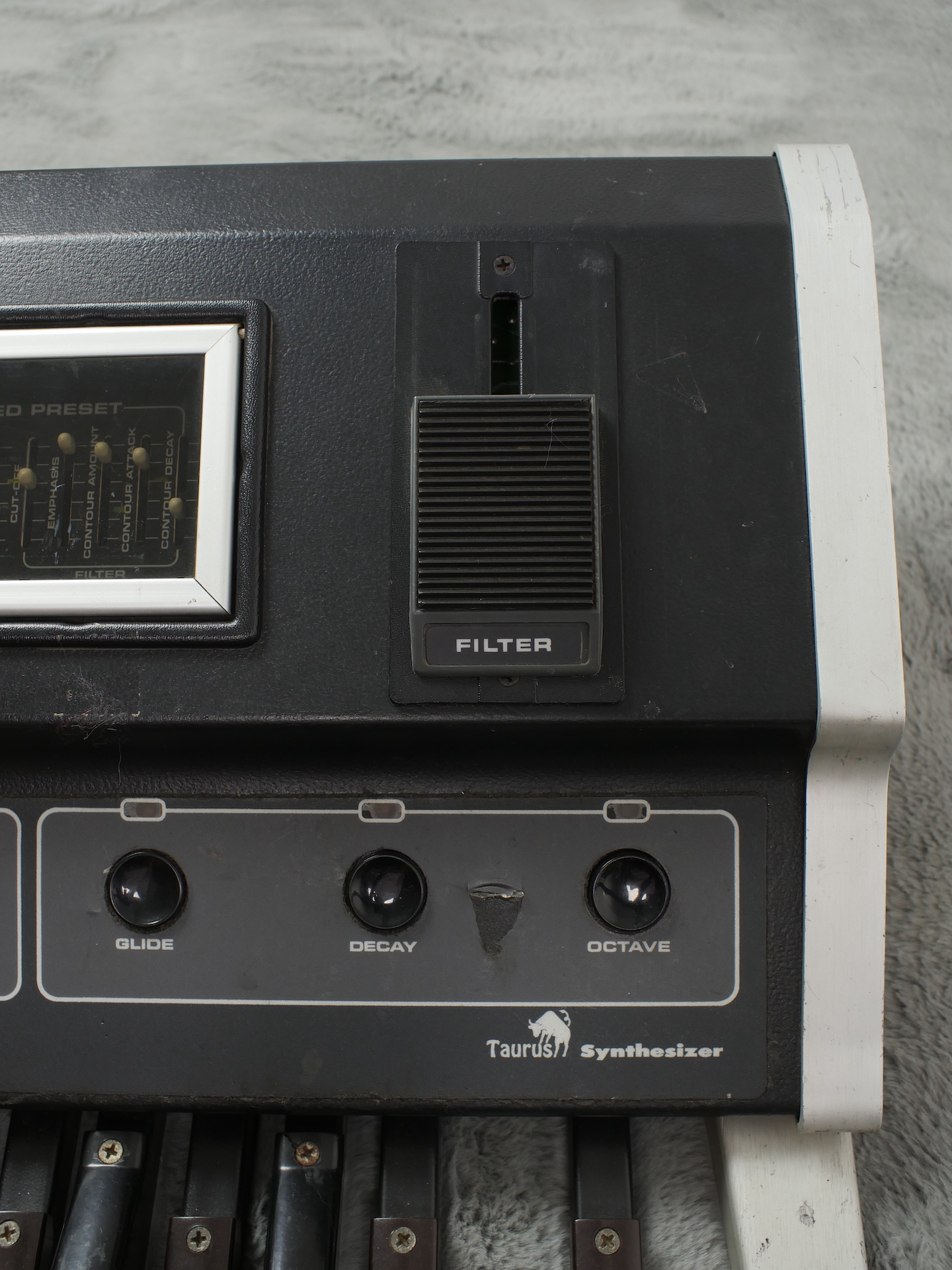 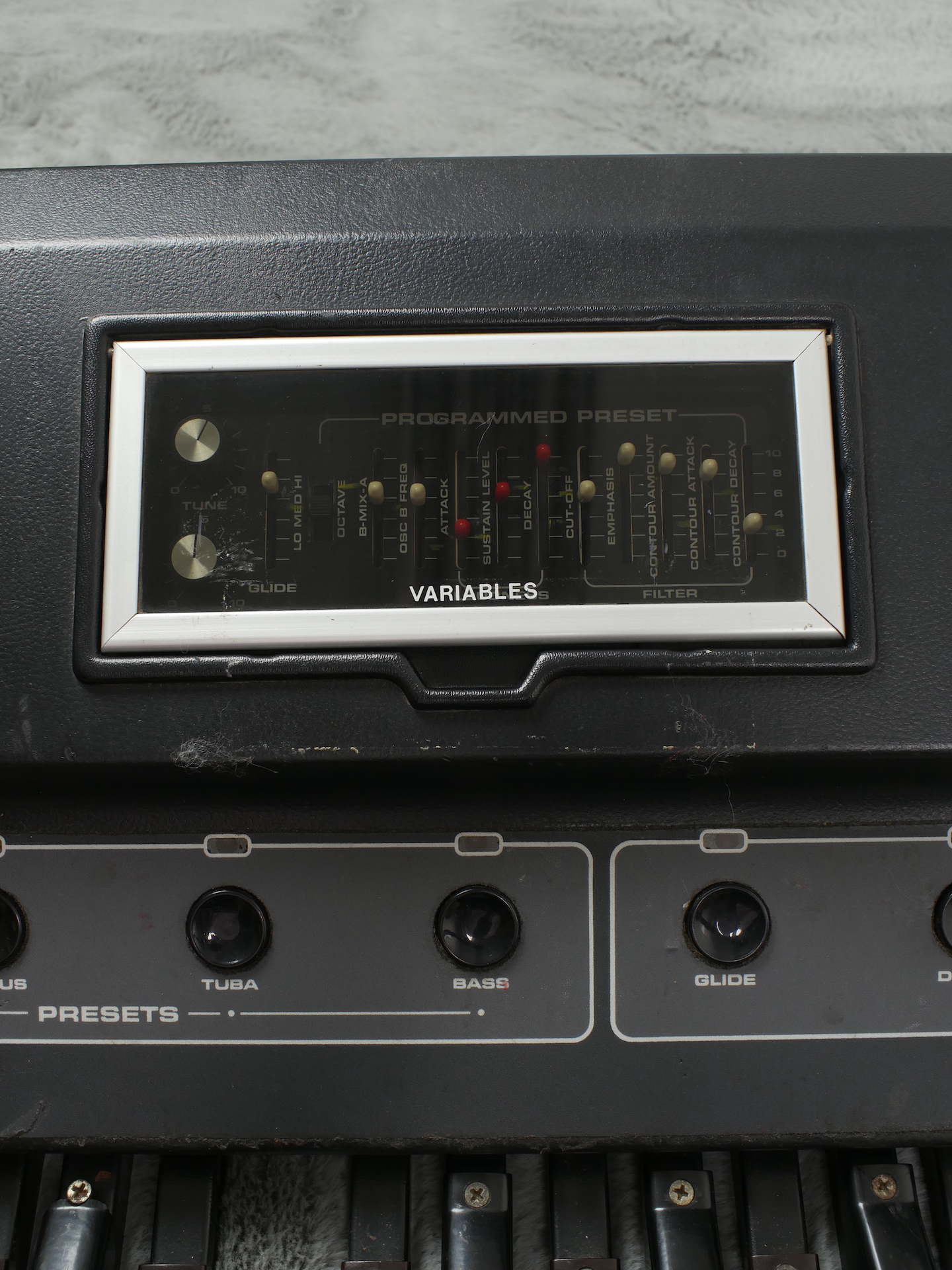