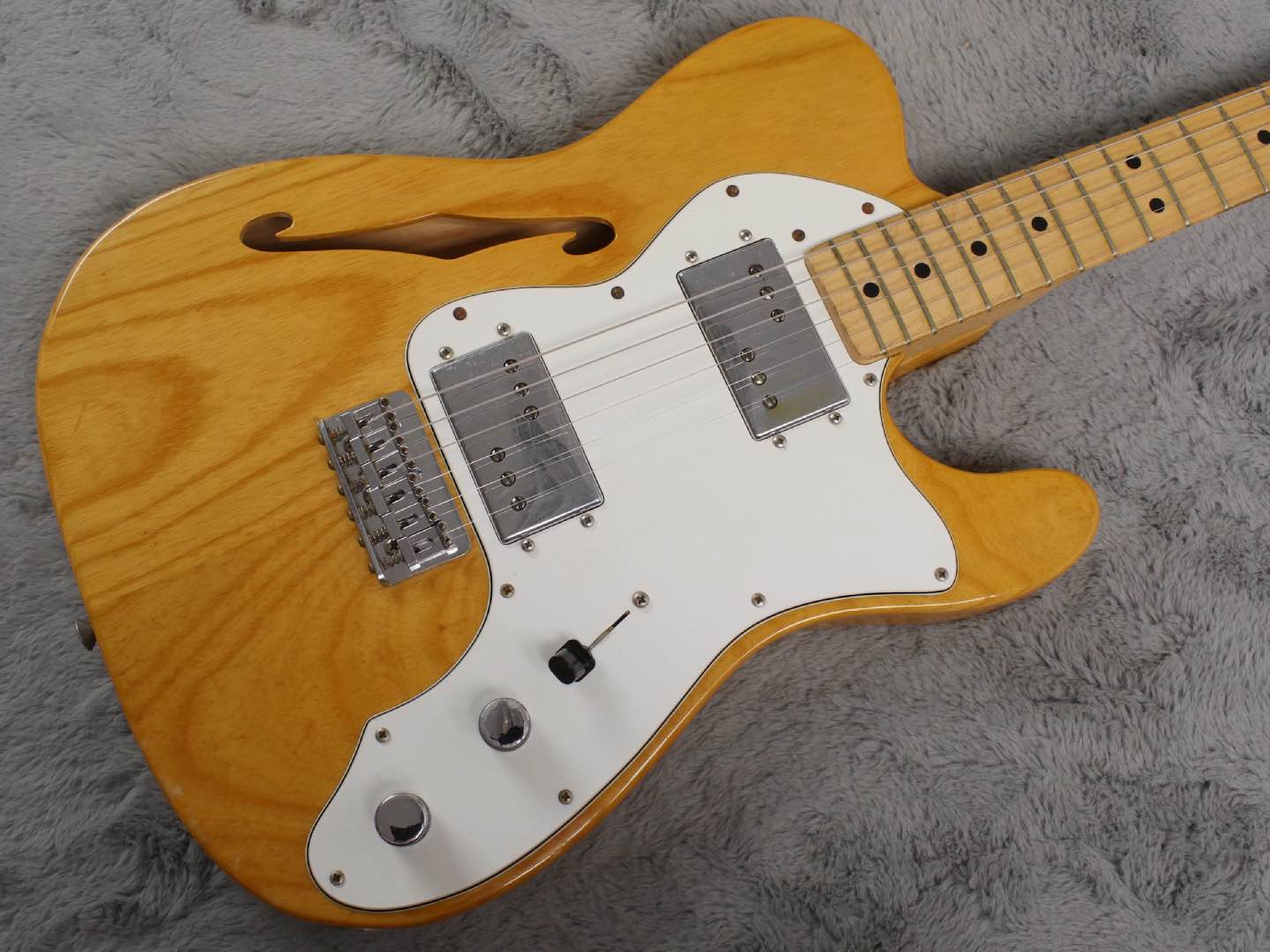 From the heady days of the mid 70s comes this 1974 Fender Telecaster Thinline.

Formerly owned by Ben Talbot of Dakota who had some success in the the late 2000’s, this guitar was used extensively both live and in the studio before they band disbanded in 2010.

The guitar has been very well cared for. The poly finish, introduced by Fender in 1968 for its durability, has escaped any of the deep checking caused by the flexing of the thinline body. In fact, apart from some minor scratching and buckle marks on the back, the ash body looks new and really showcases the fantastic grain.

Similarly the neck, one piece maple which has quite a slim profile, shows only slight signs of wear around the edges of the fretboard. The frets have plenty of life left in them.

The pickup covers and hardware shows the greatest signs of its 46 years. The neck pickup cover has quite a few pic marks and the chrome plating in the knobs has started to flake. This does not detract from the overall look of the guitar. The pickguard too has few superficial scratches but nothing too serious.

Electronically all looks correct and all solder joints are undisturbed. The pot dates read week 46 of 1973.

The guitars comes with a hardshell case

Sonically we are still in tele-land though maybe with a little more heft, certainly when compared to standard Telecasters of a similar period. The Wide Range Pickups, designed by Seth Lover, did not reside in the same sonic space as a Gibson Humbucker, their construction yielding a brighter tone that seems much better suited to the maple and ash construction. The neck has a nice warmth whilst the bridge still has that bite that you look for in a Telecaster.

Not a common sight here at ATB Guitars but this Fender Telecaster Thinline from 1974 might surprise you. 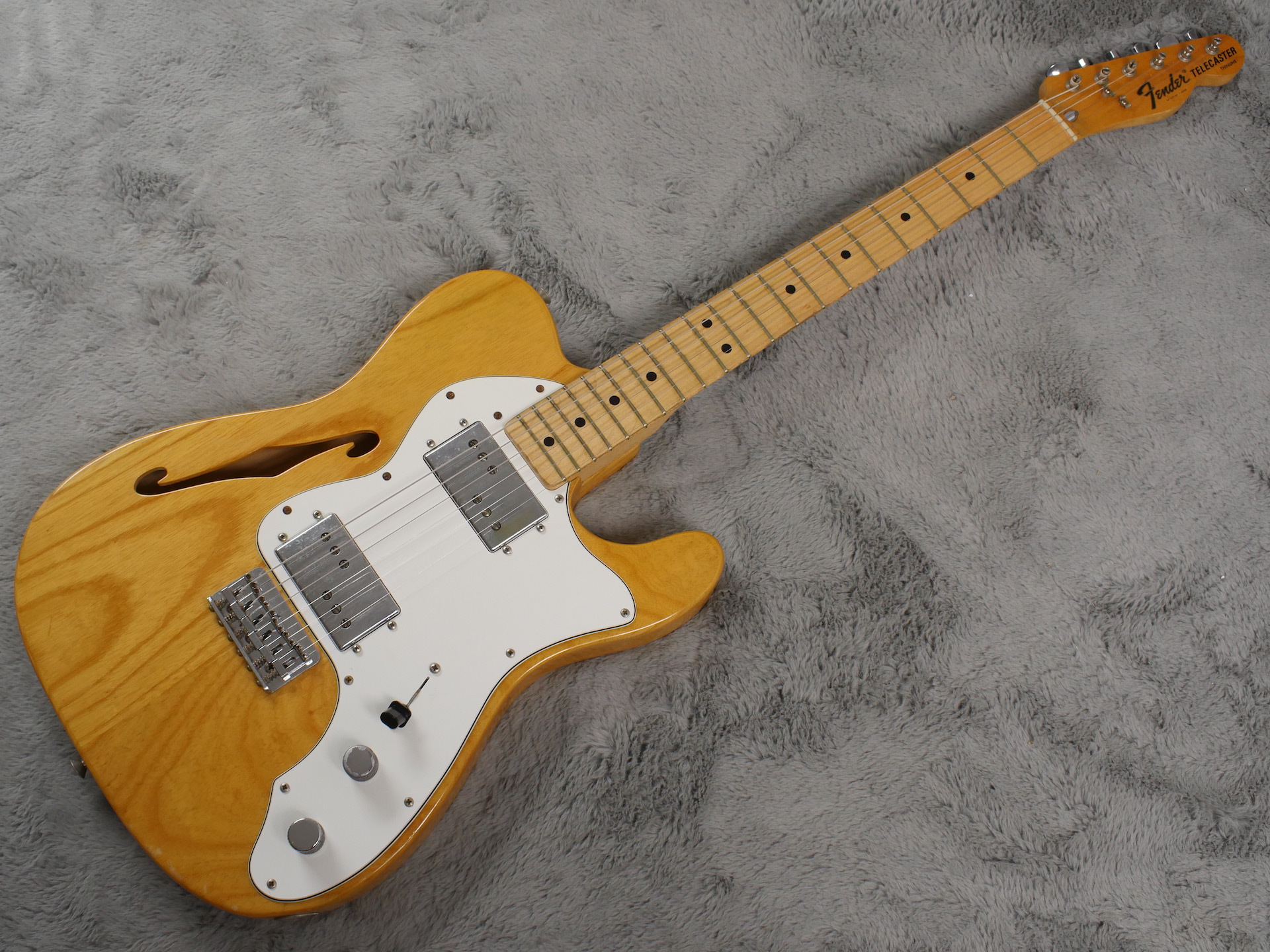 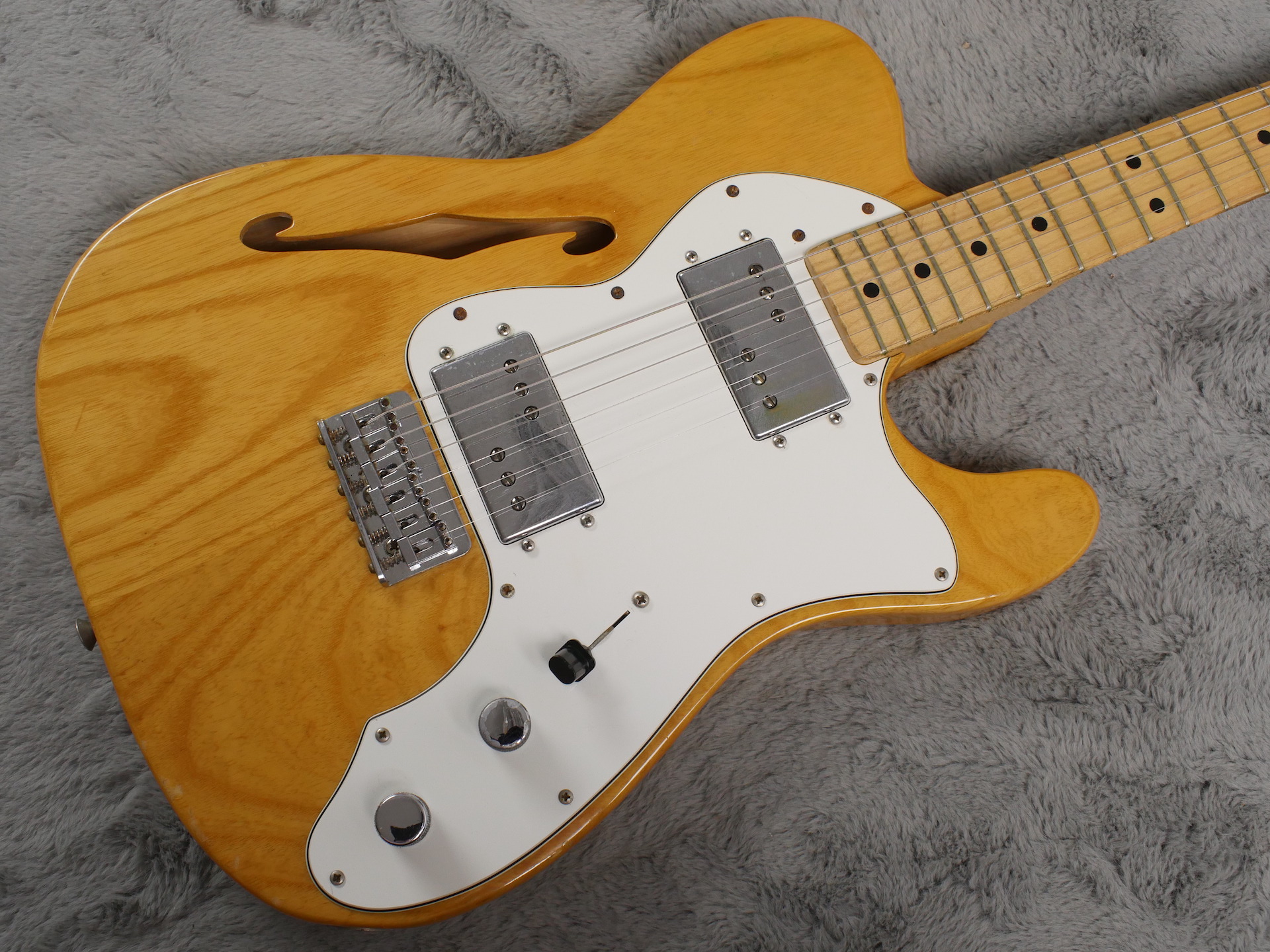 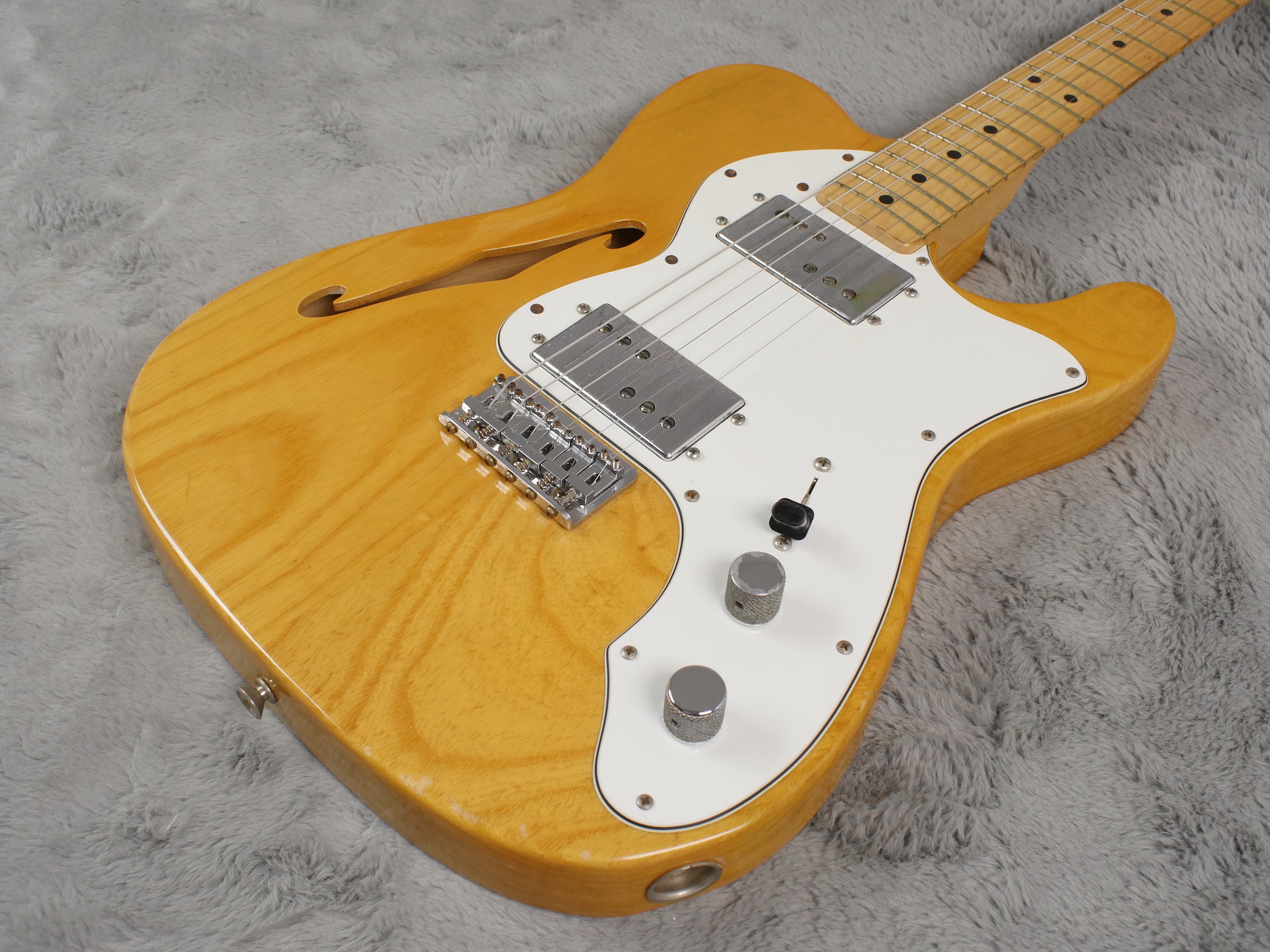 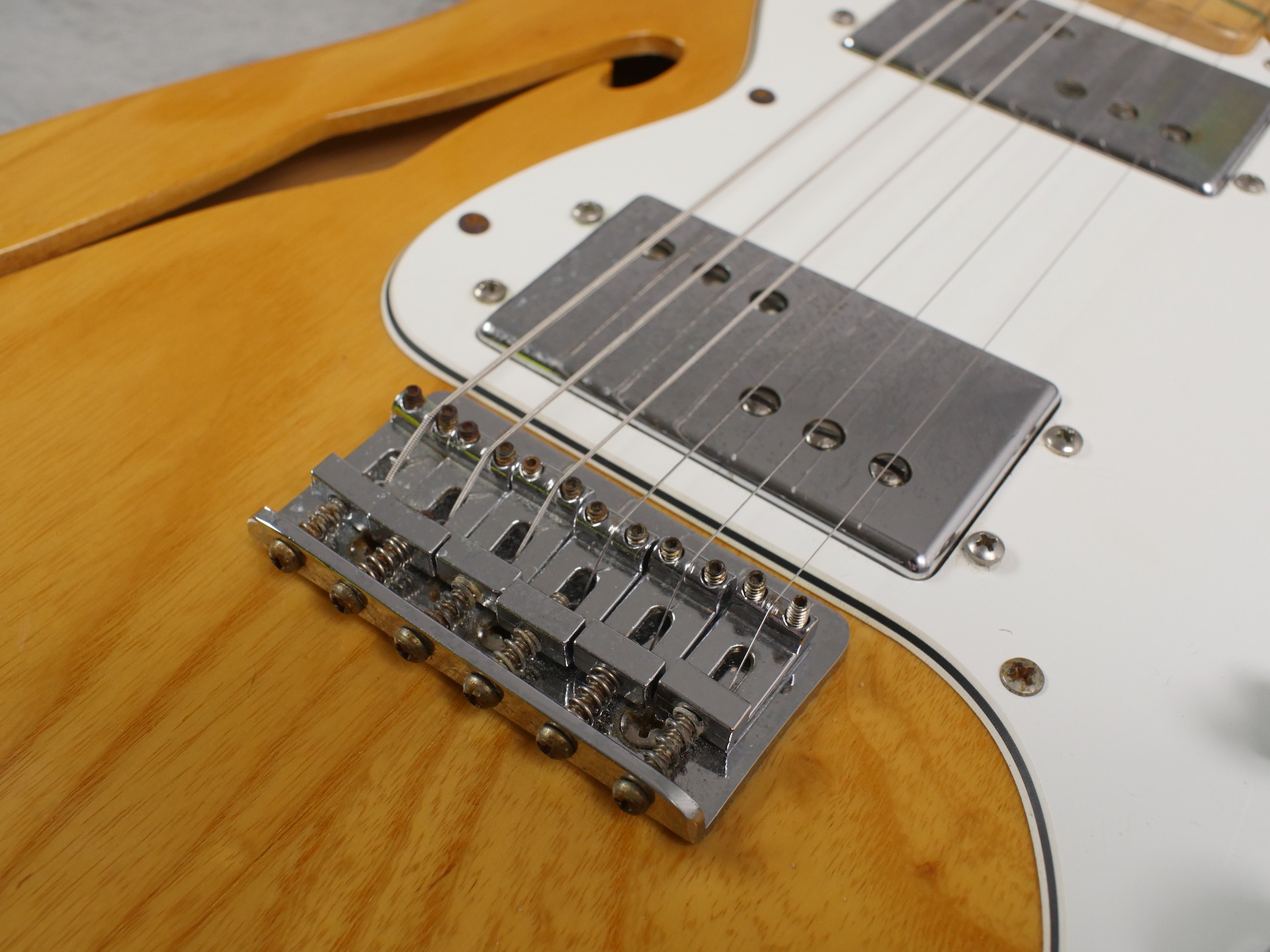 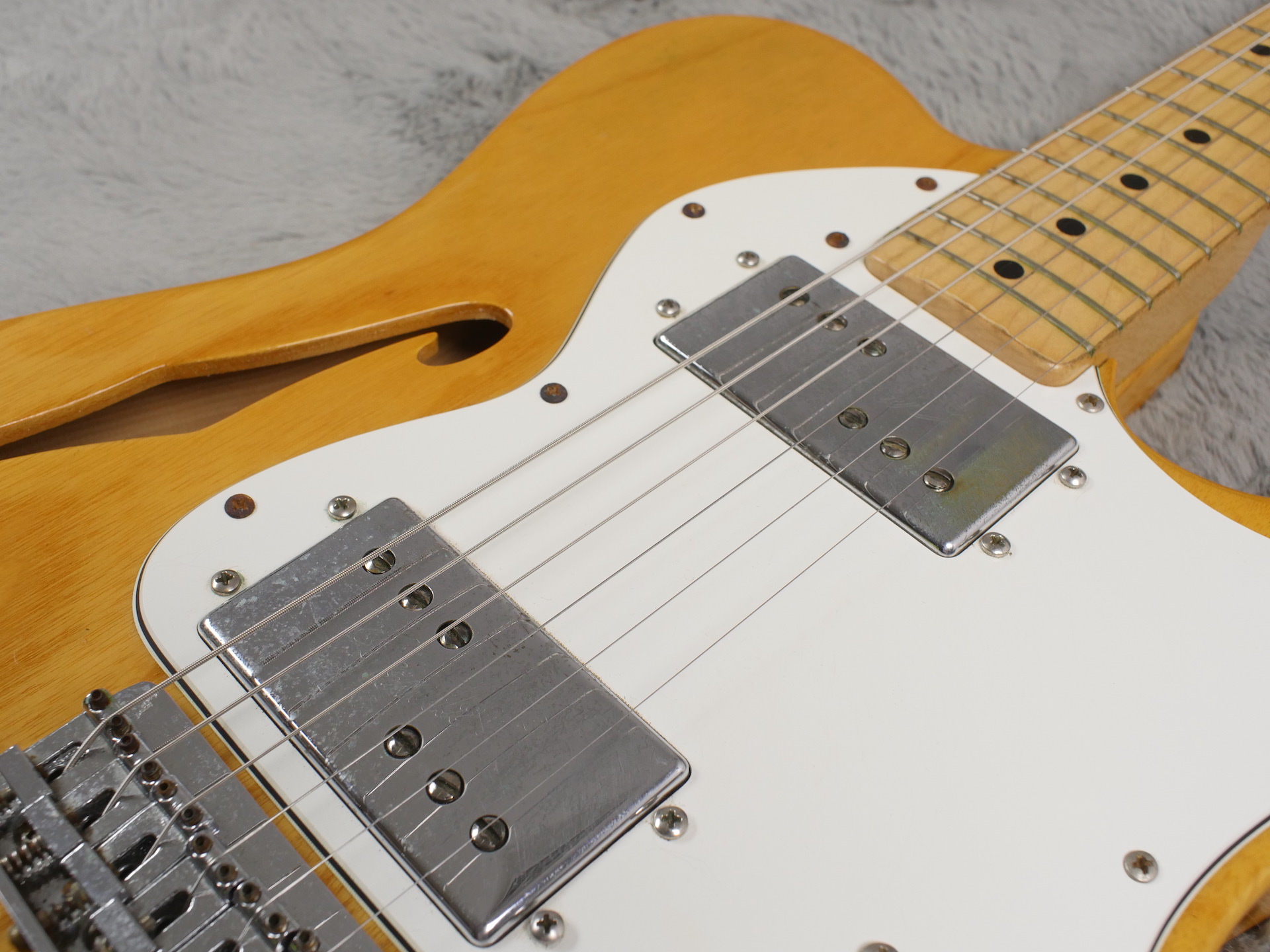 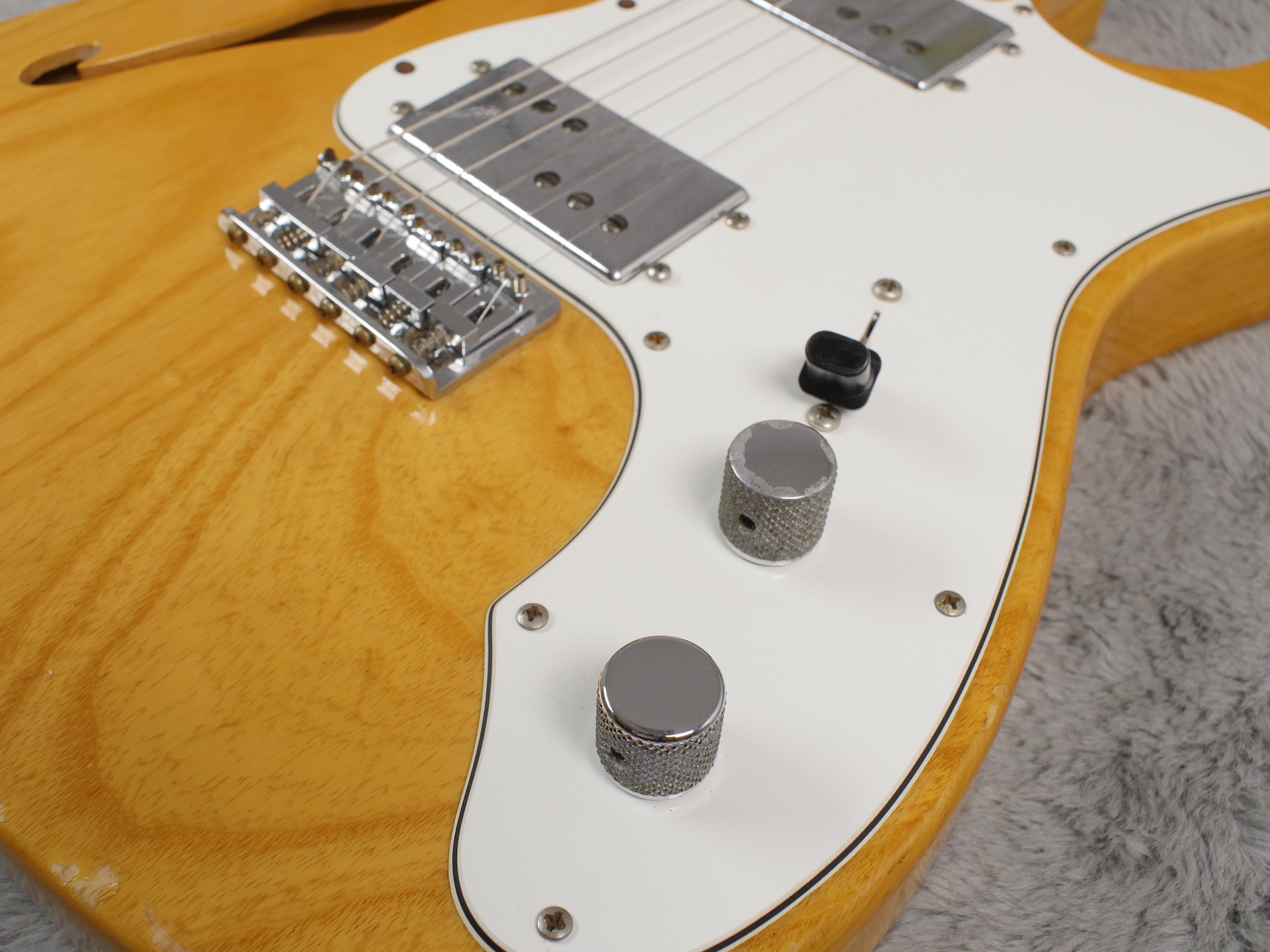 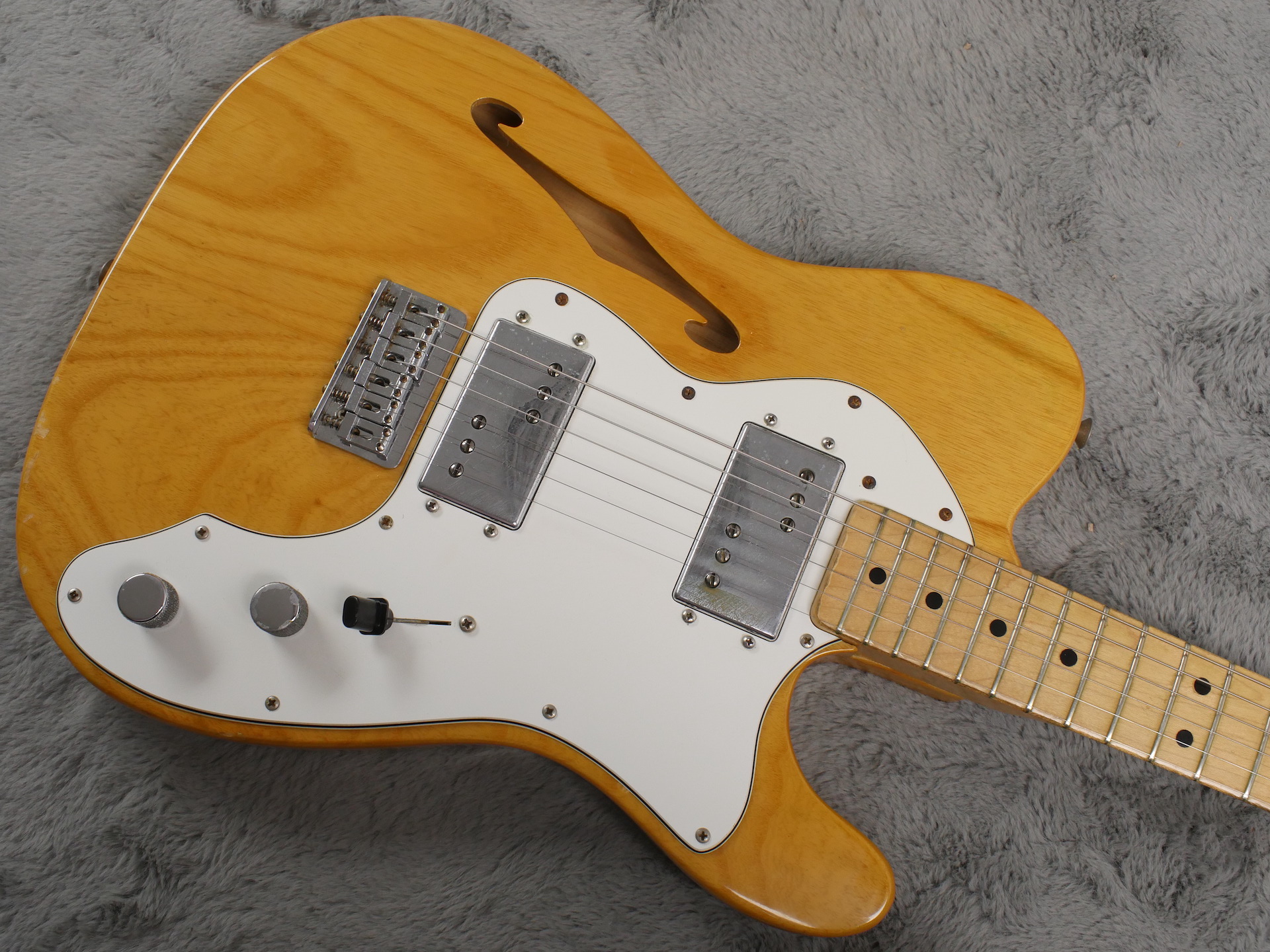 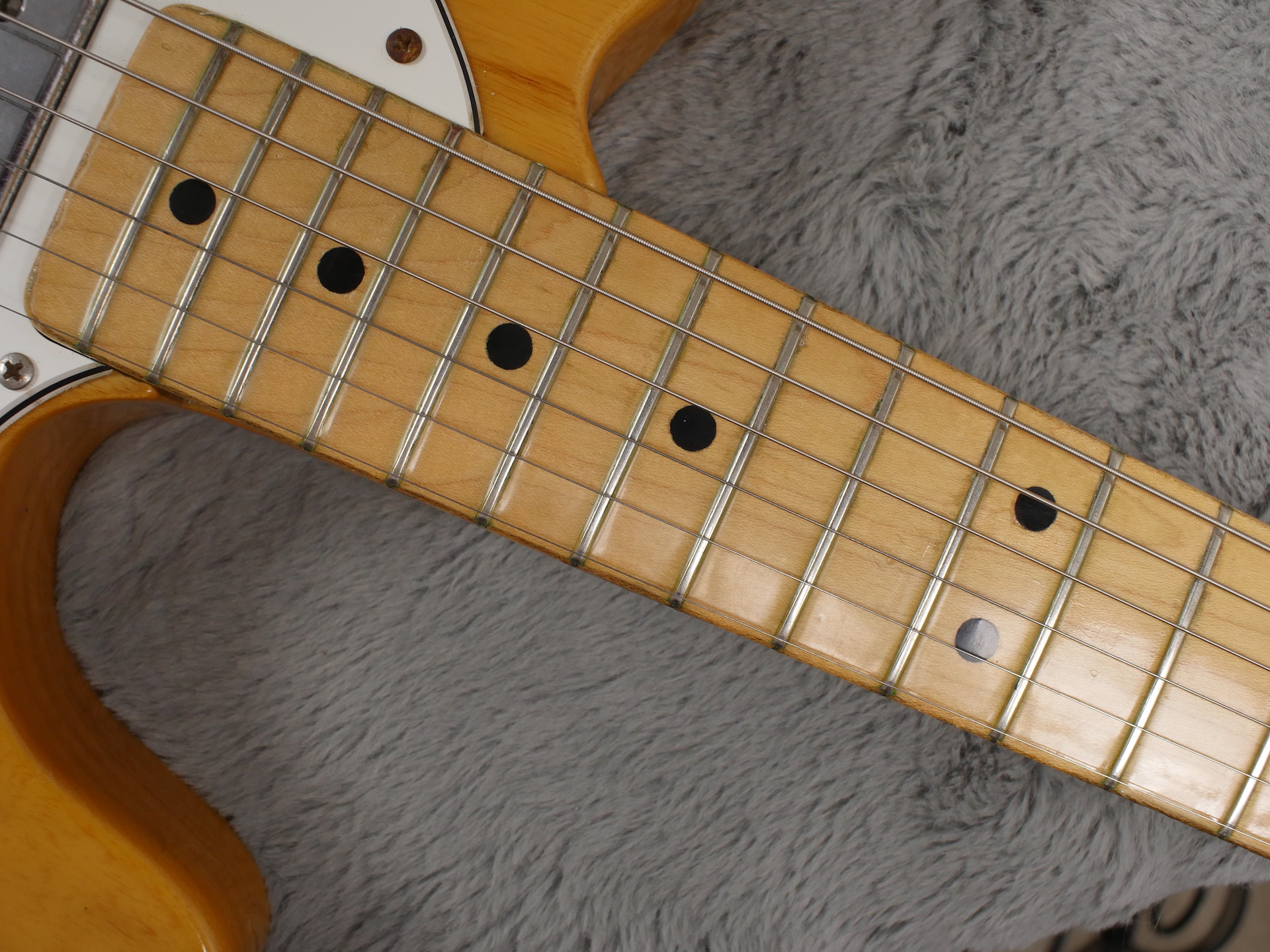 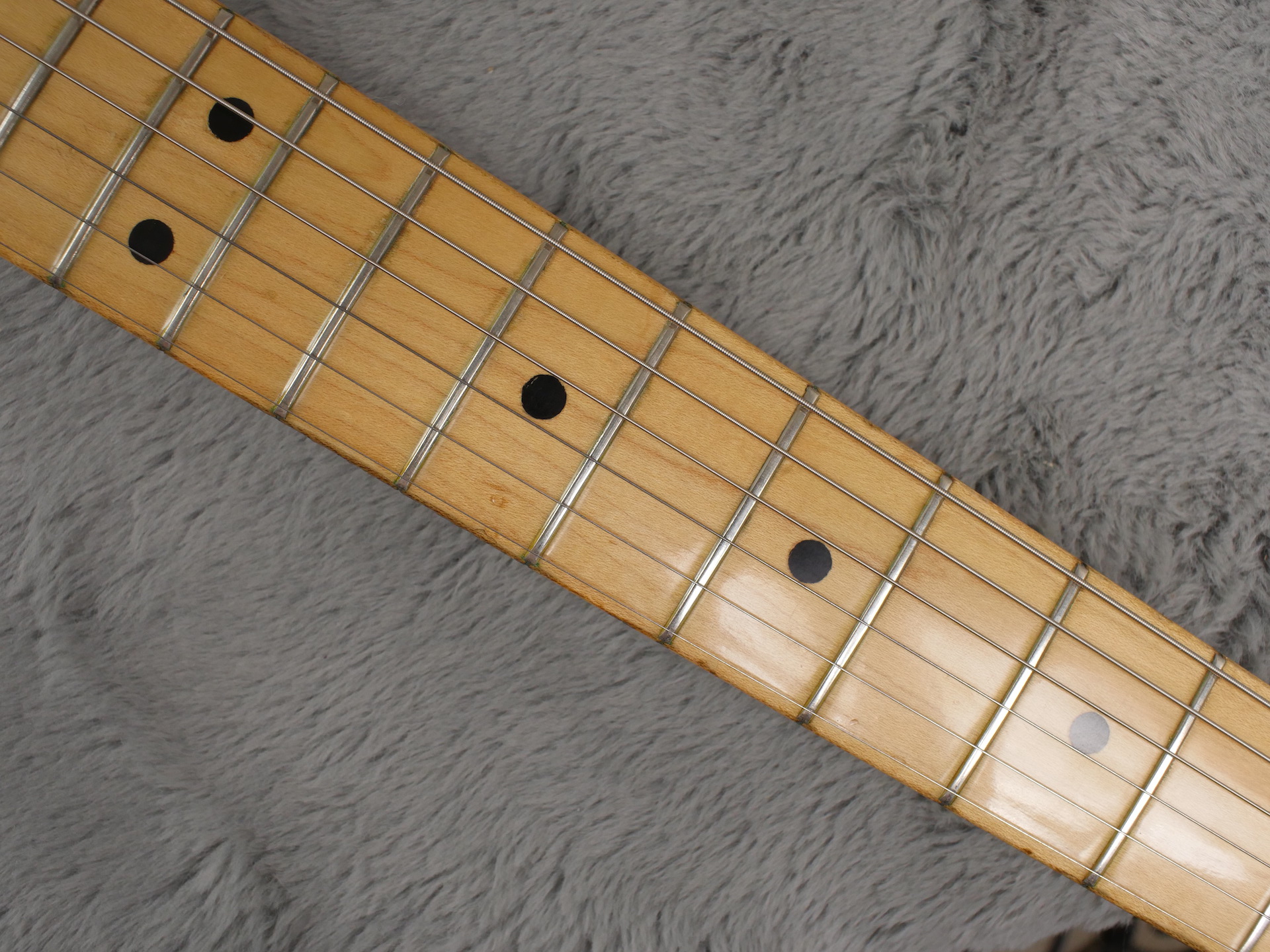 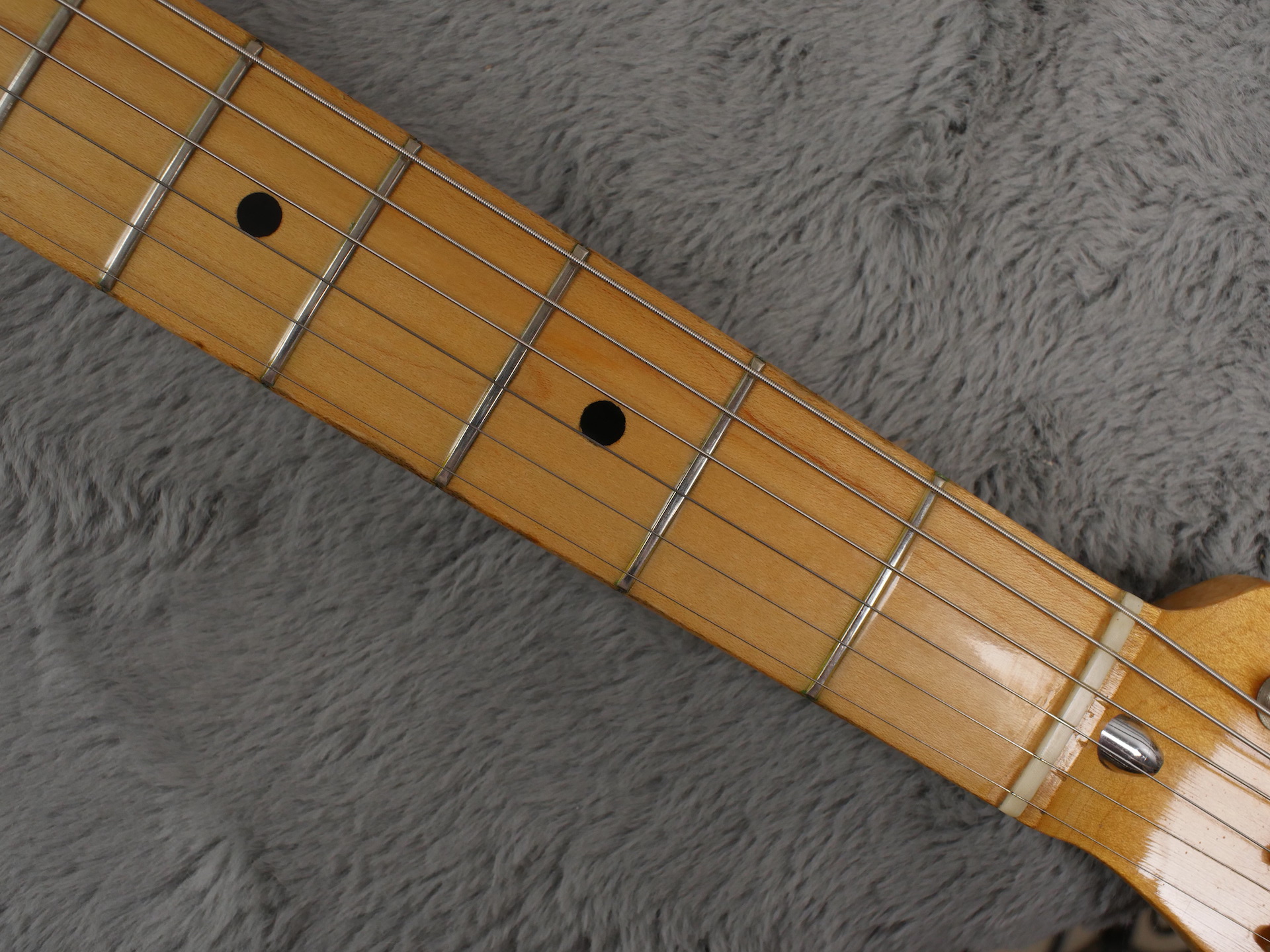 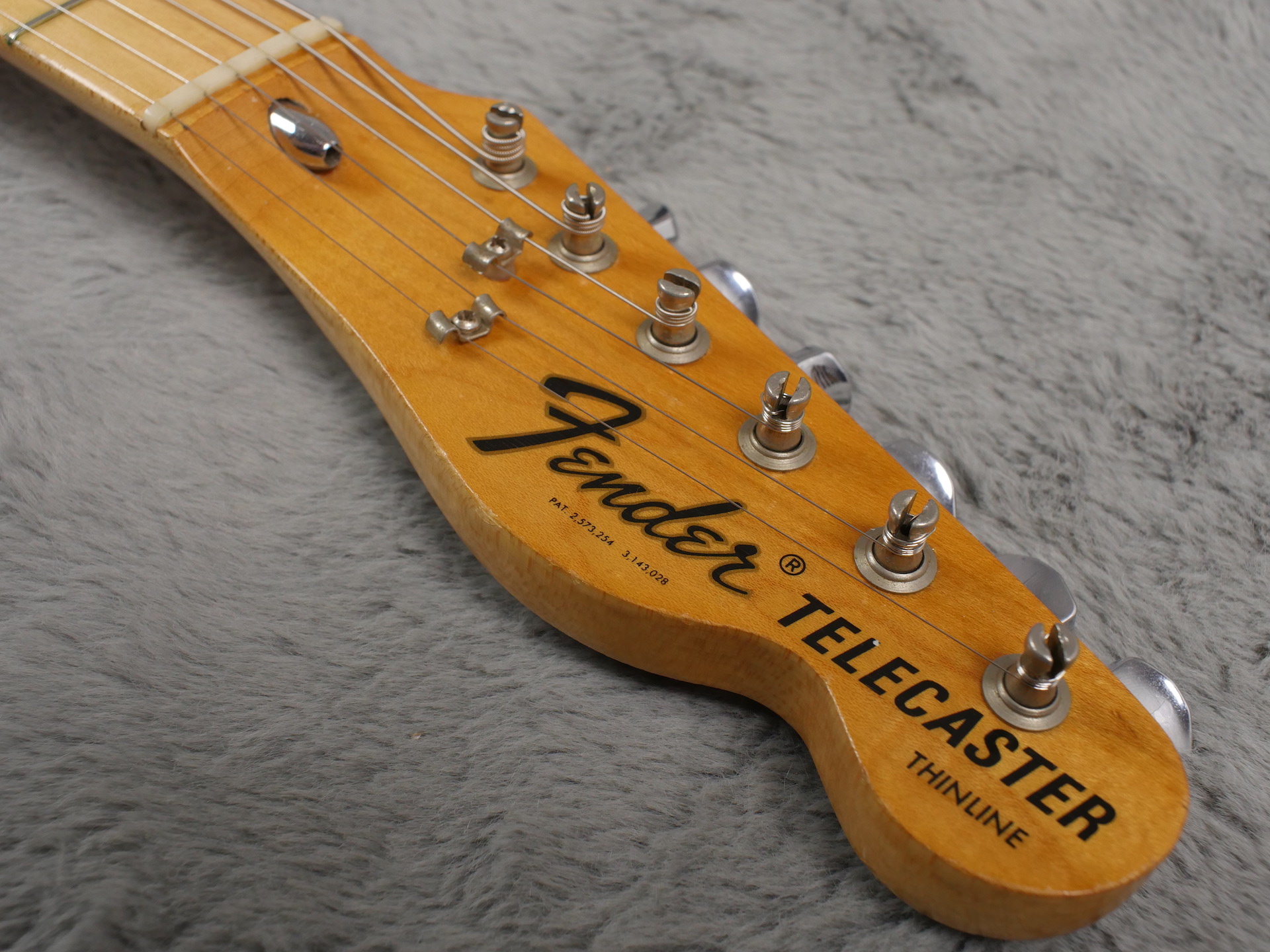 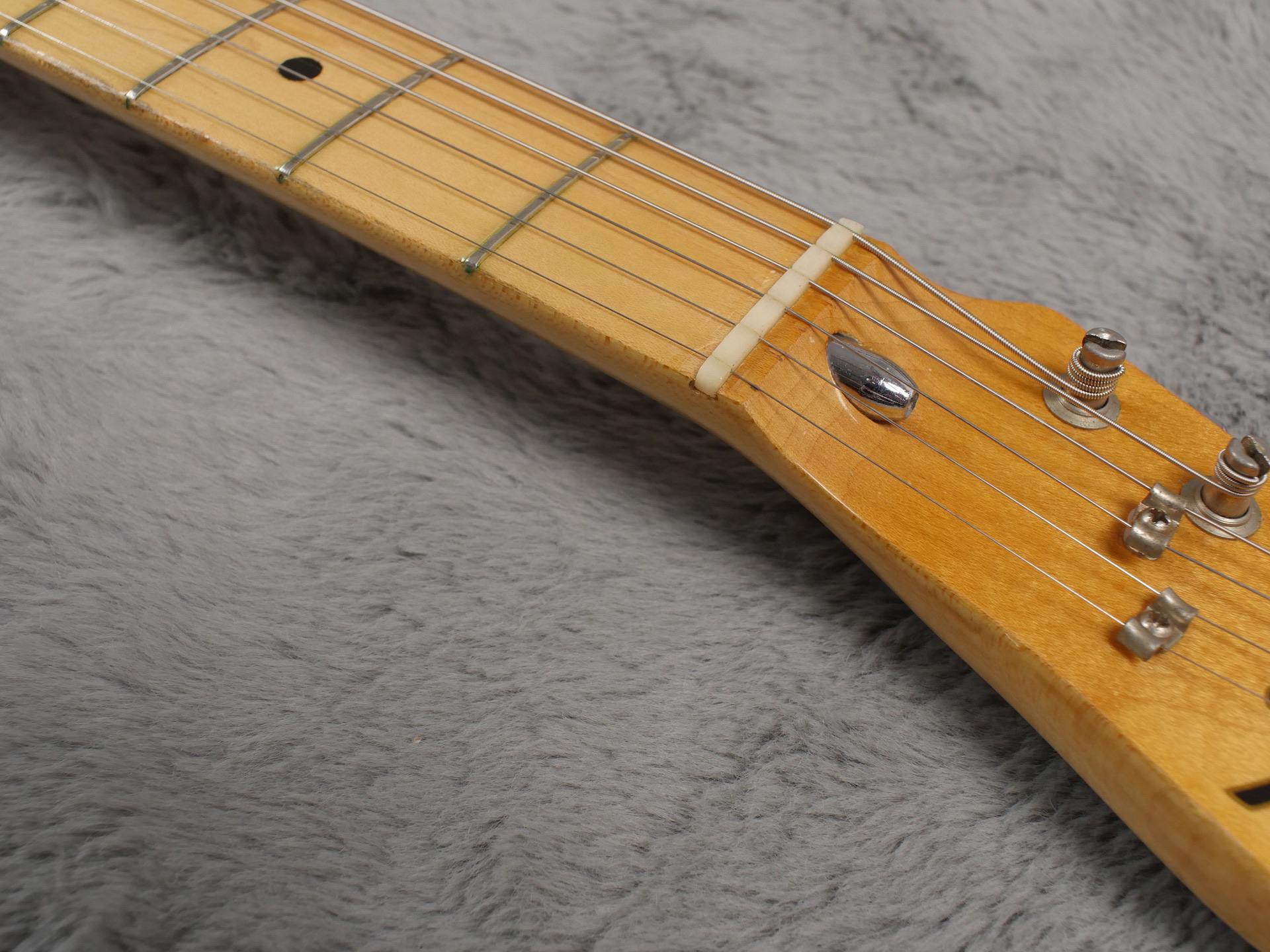 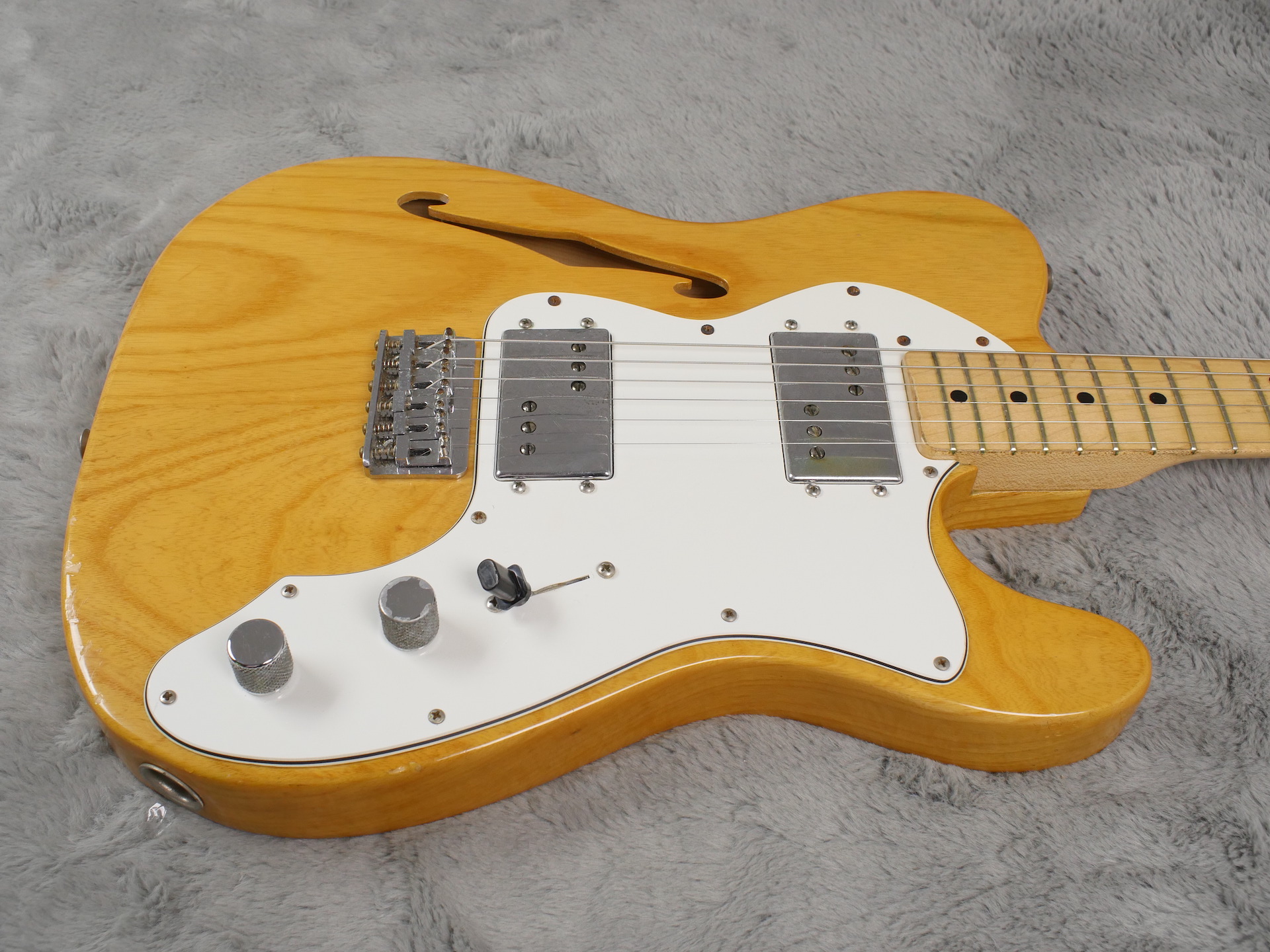 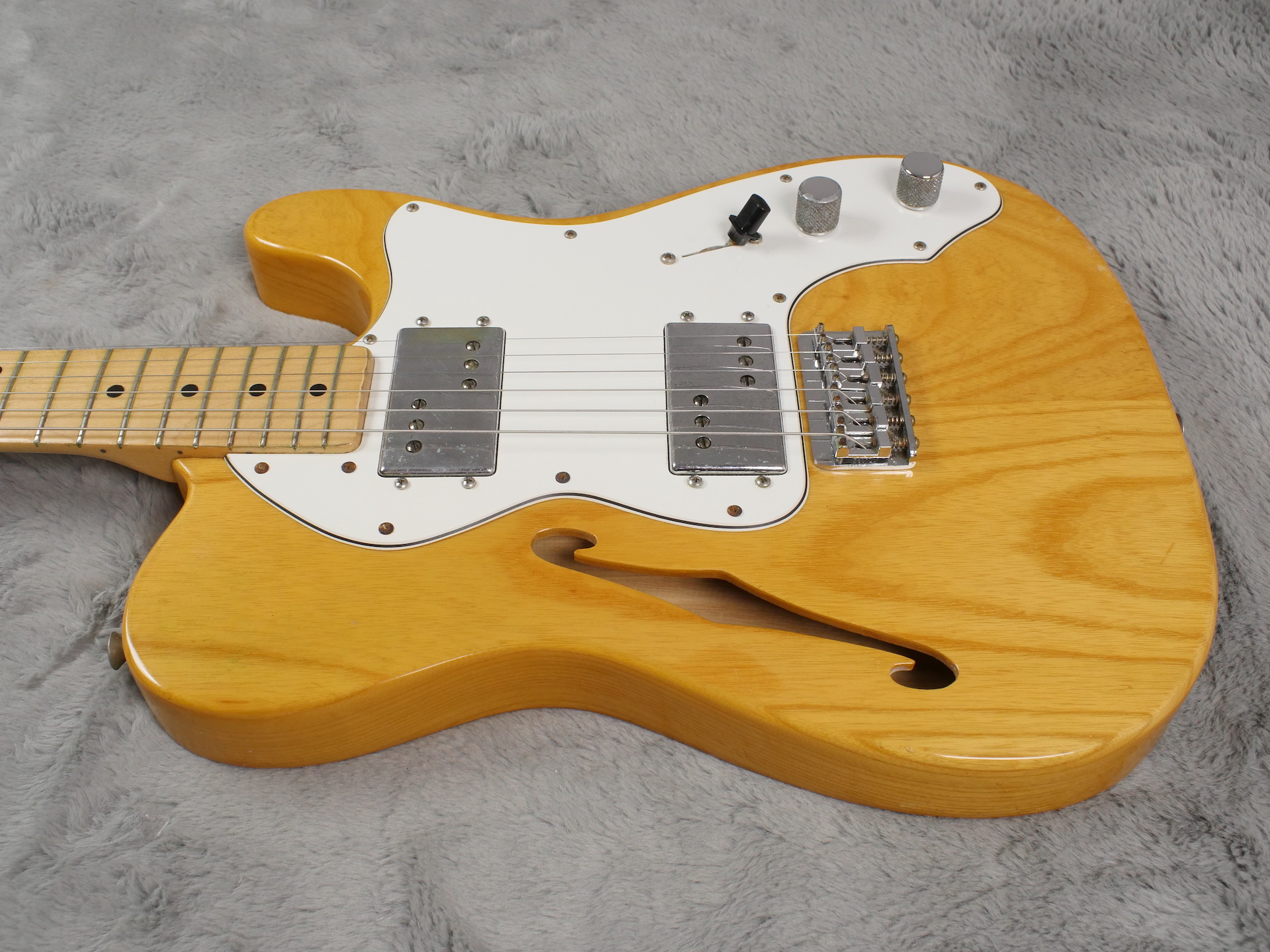 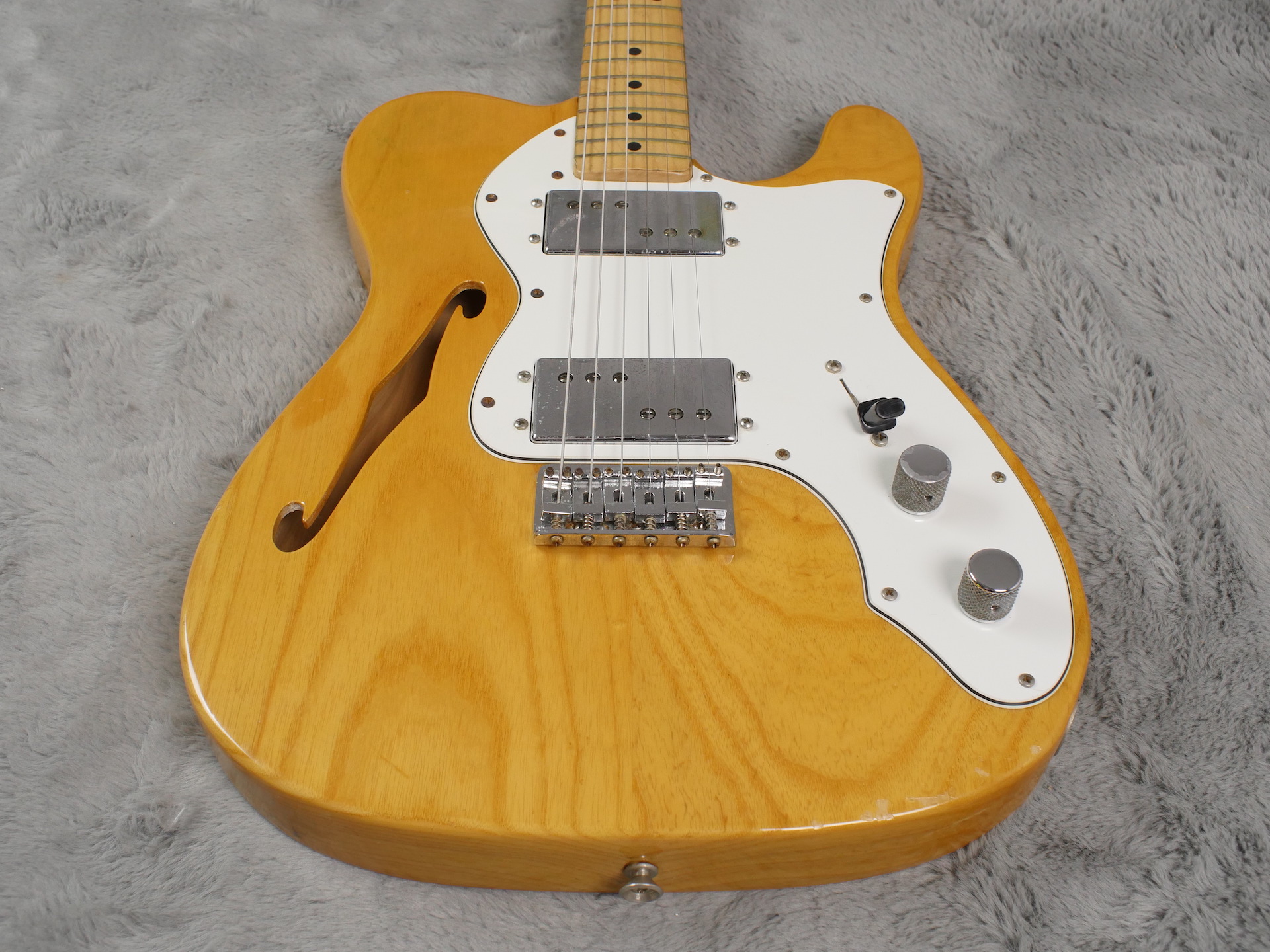 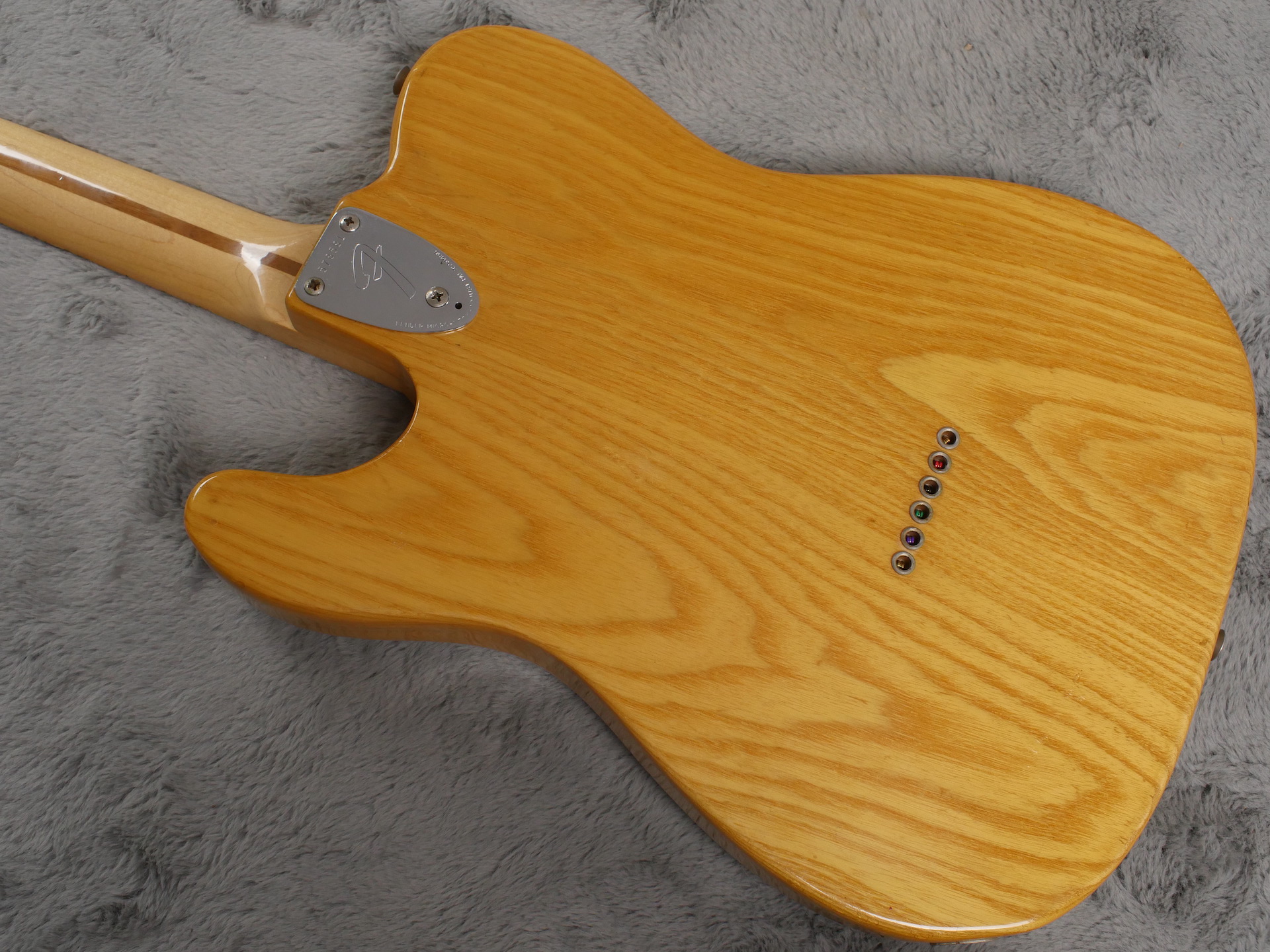 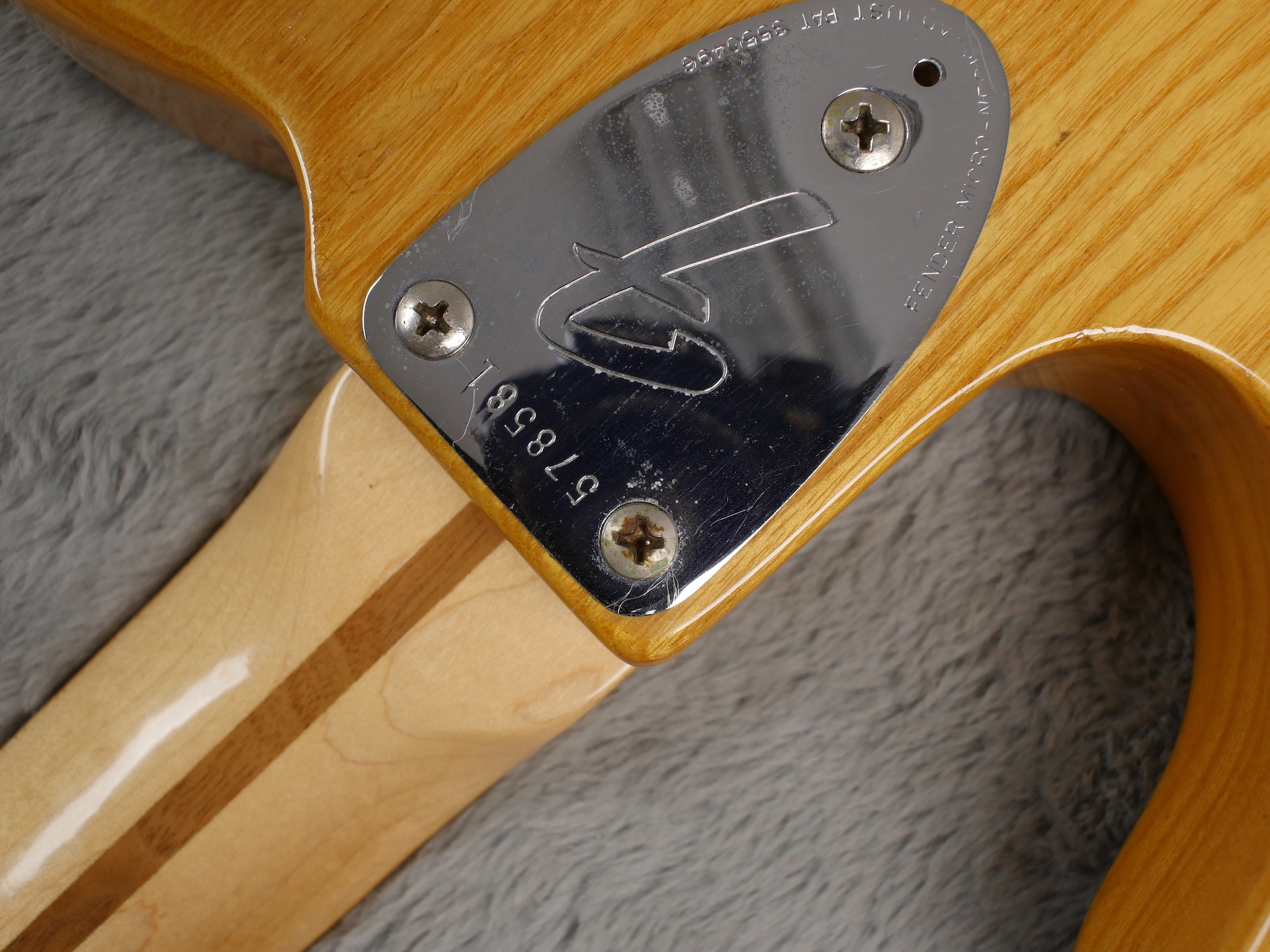 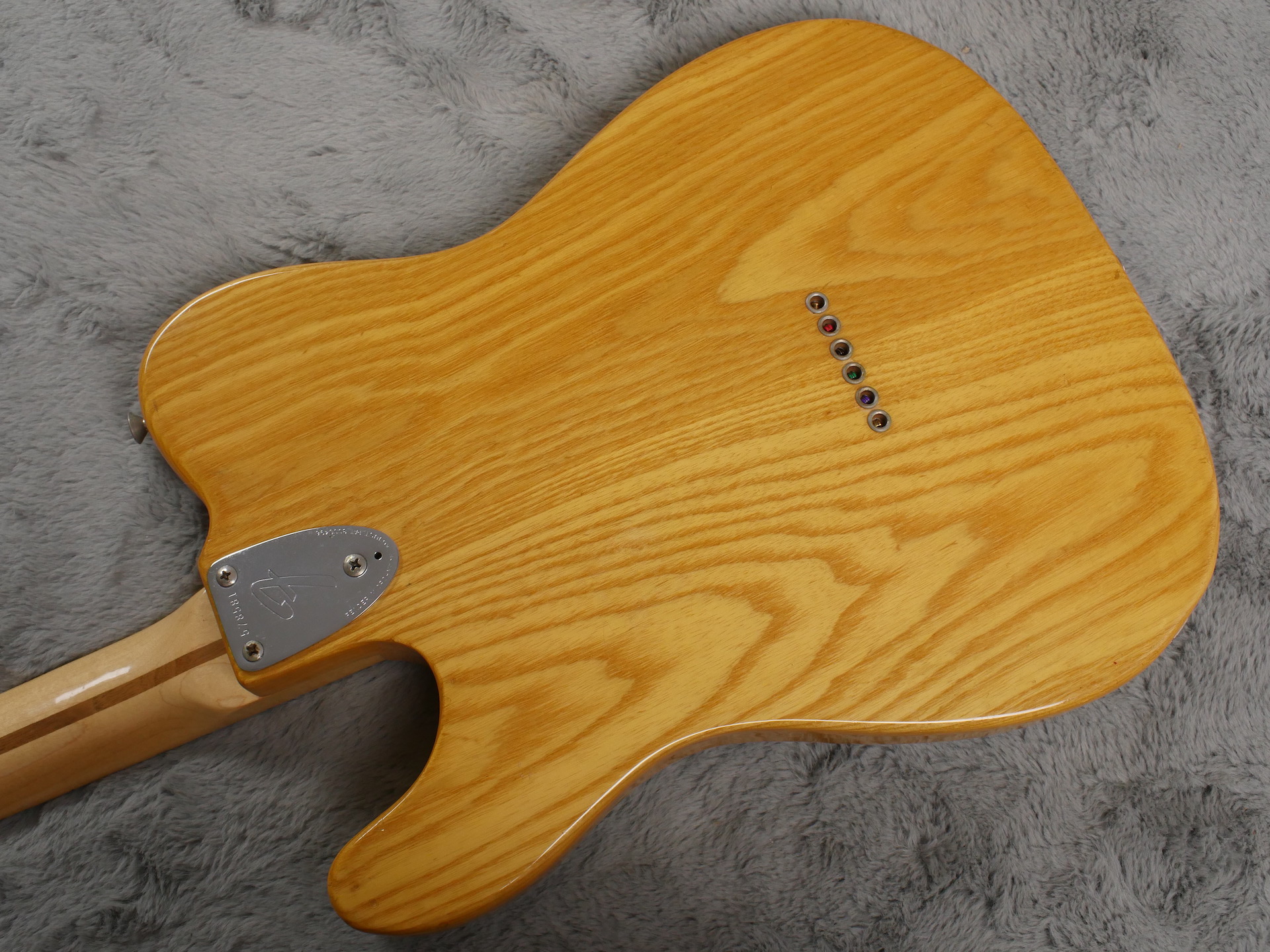 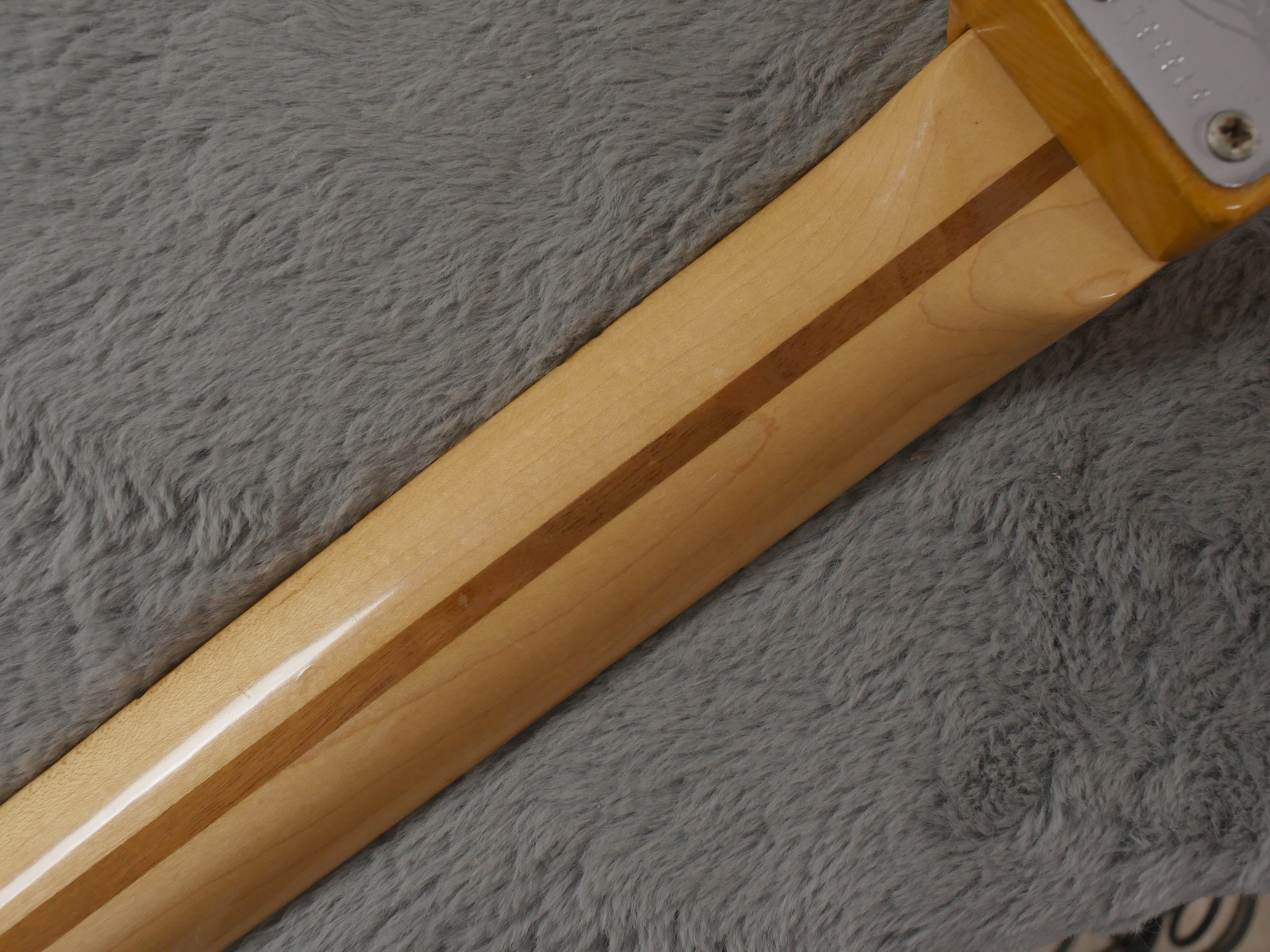 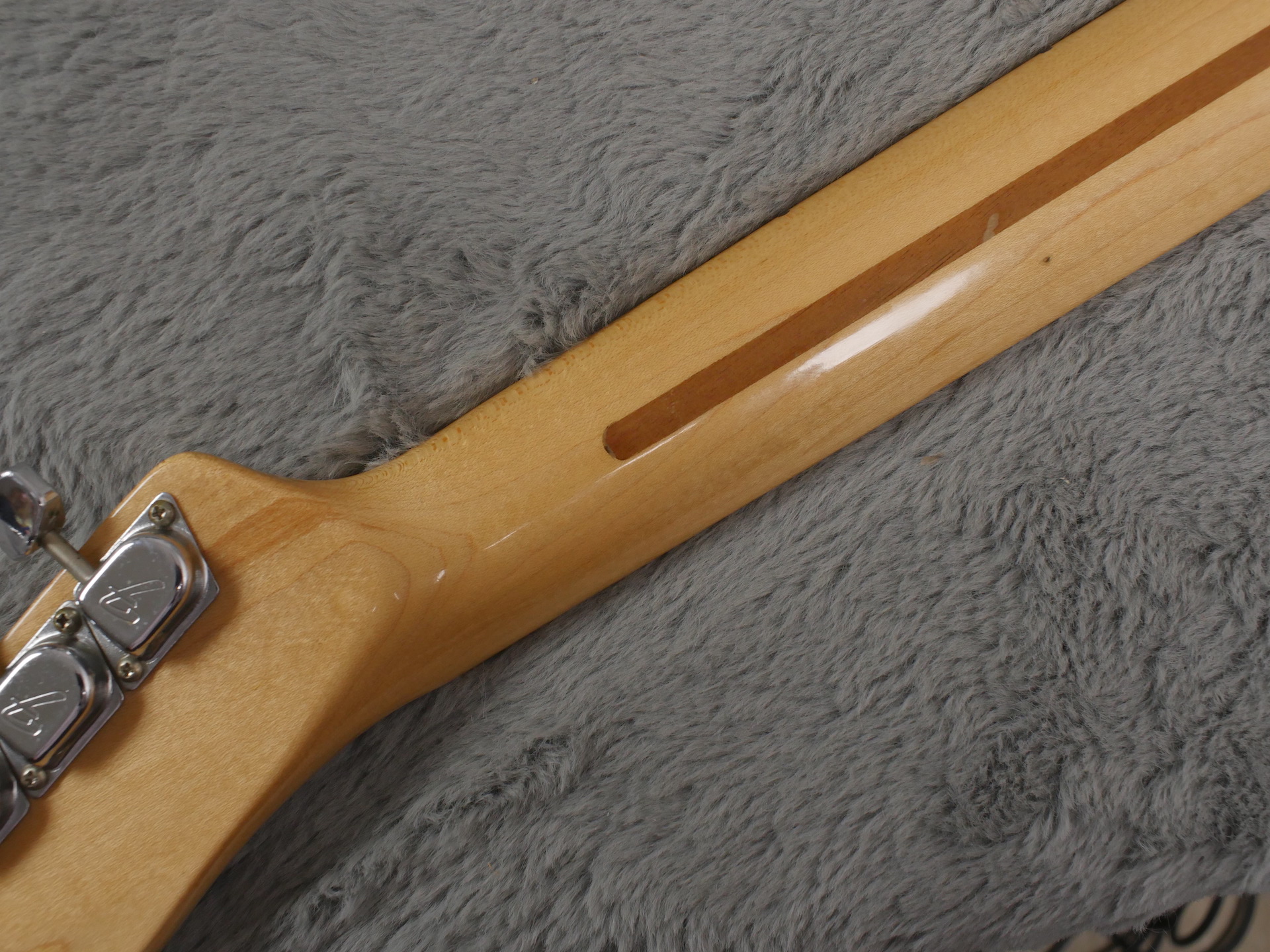 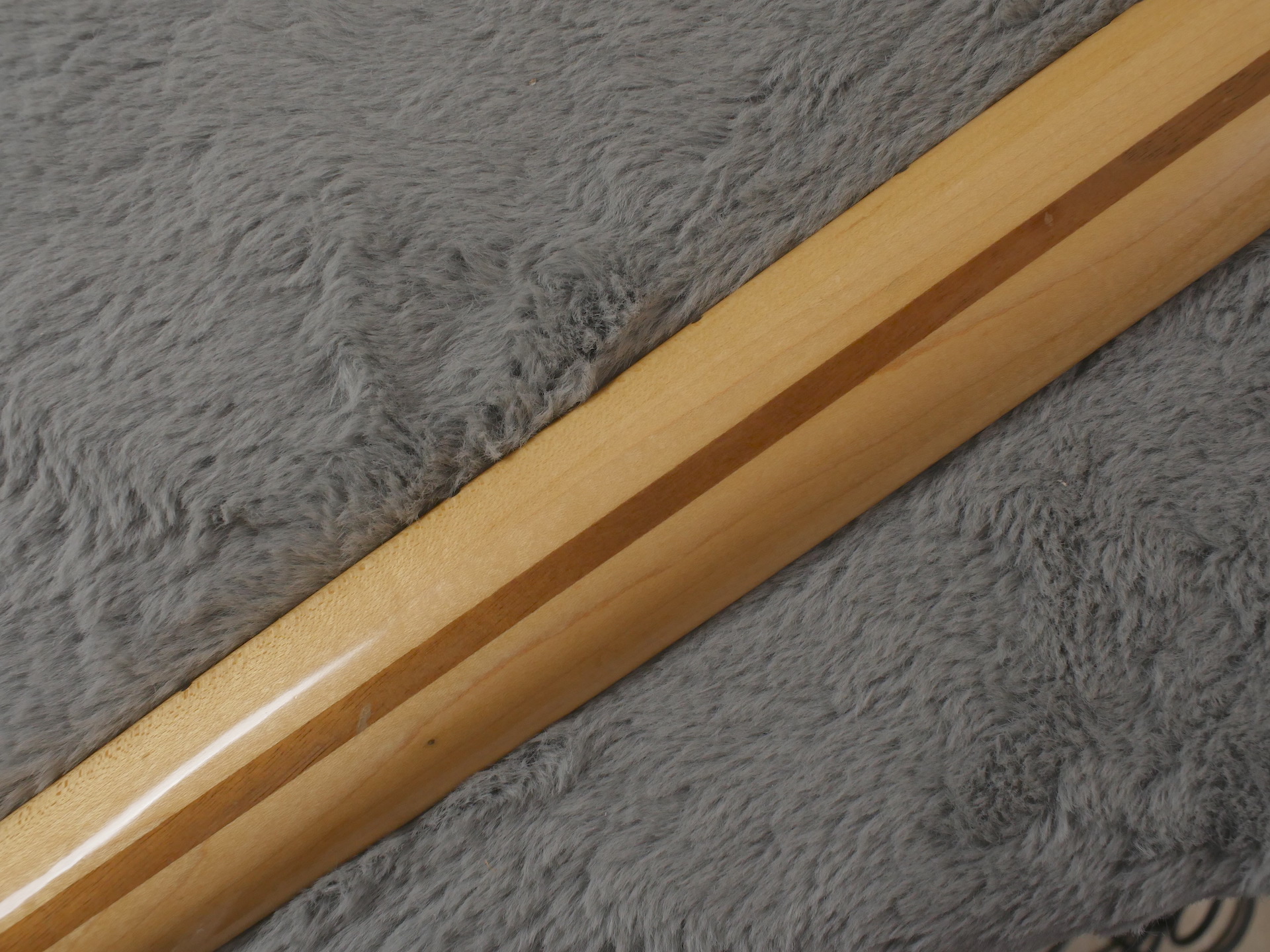 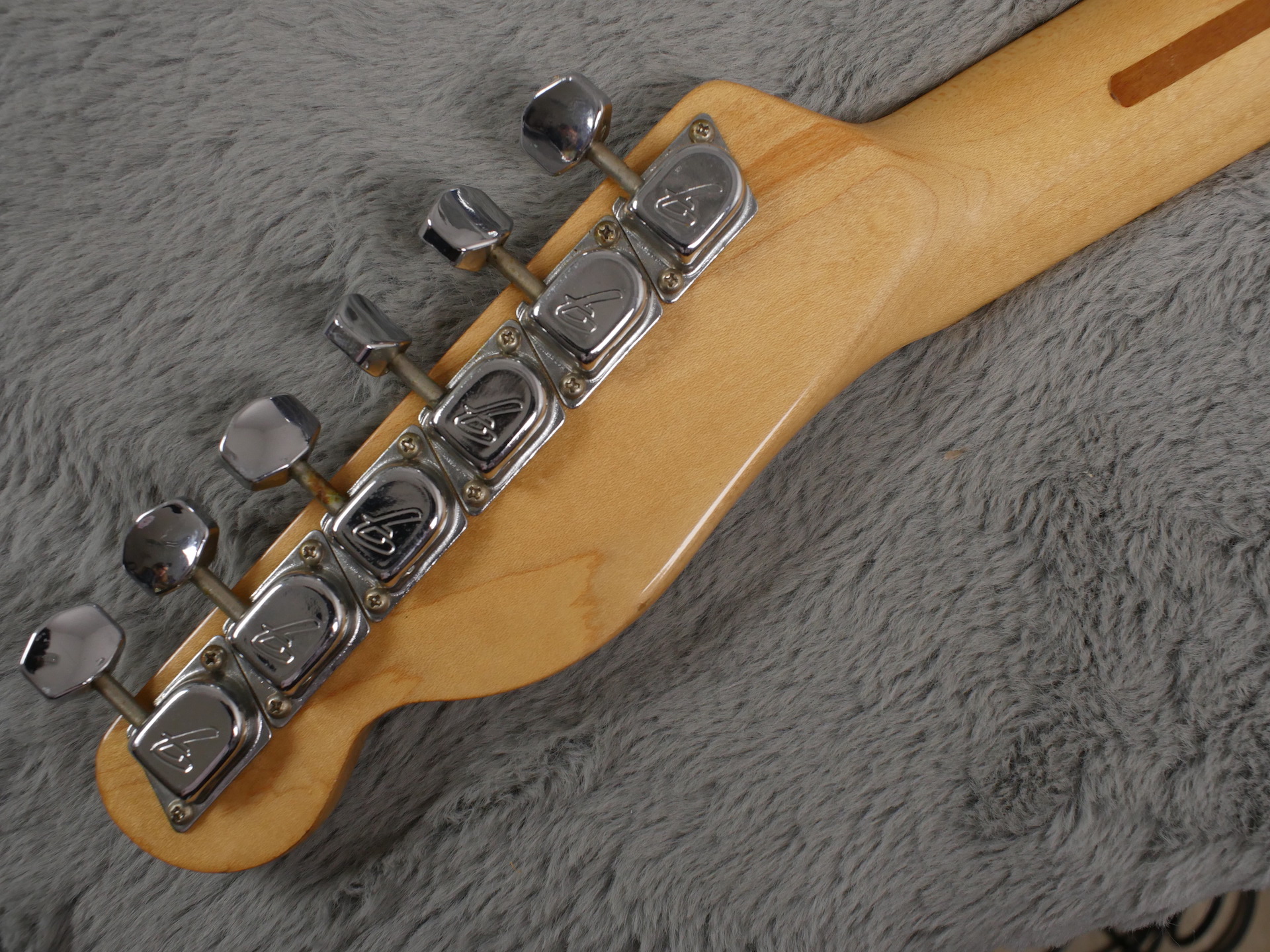 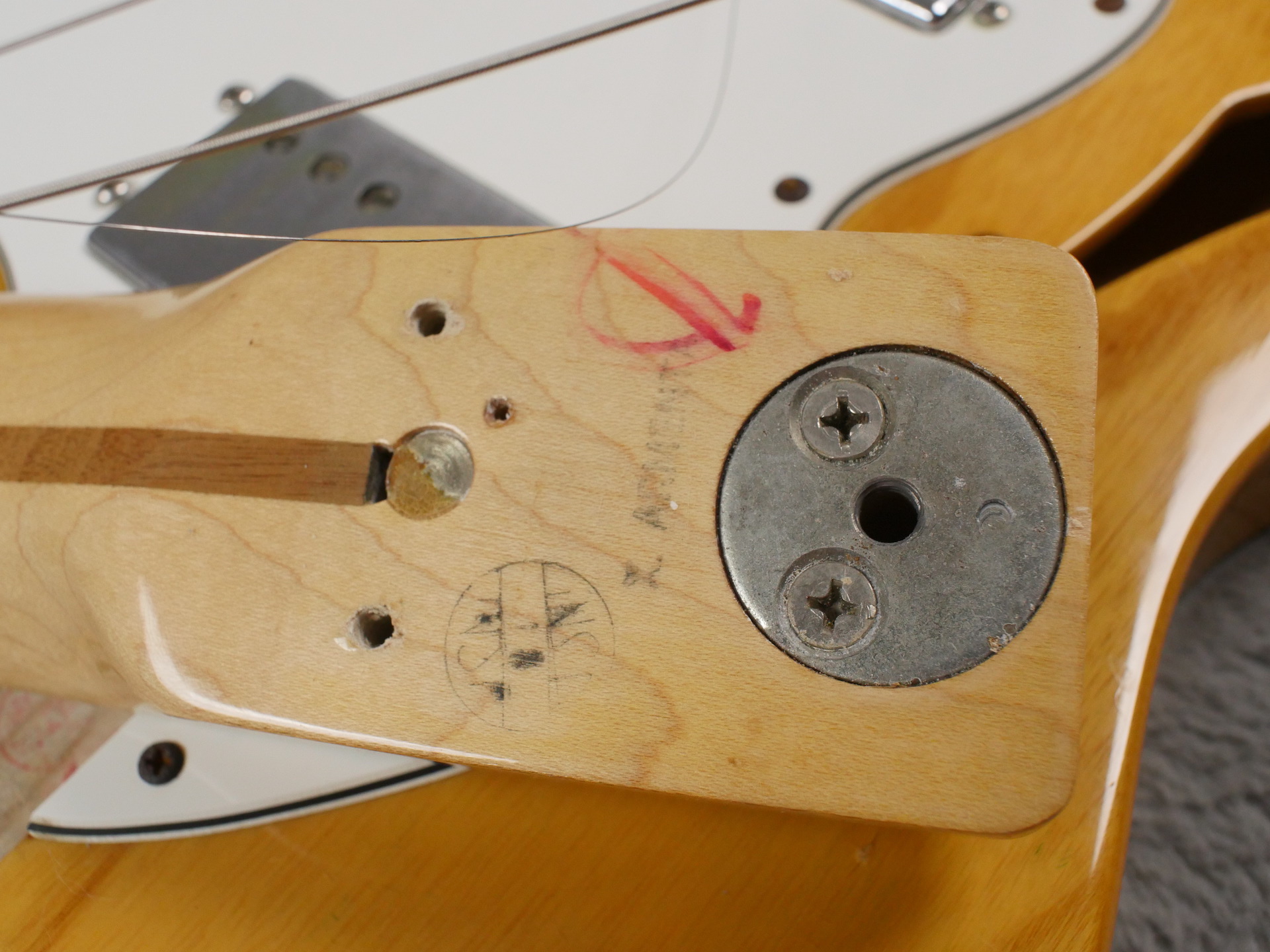 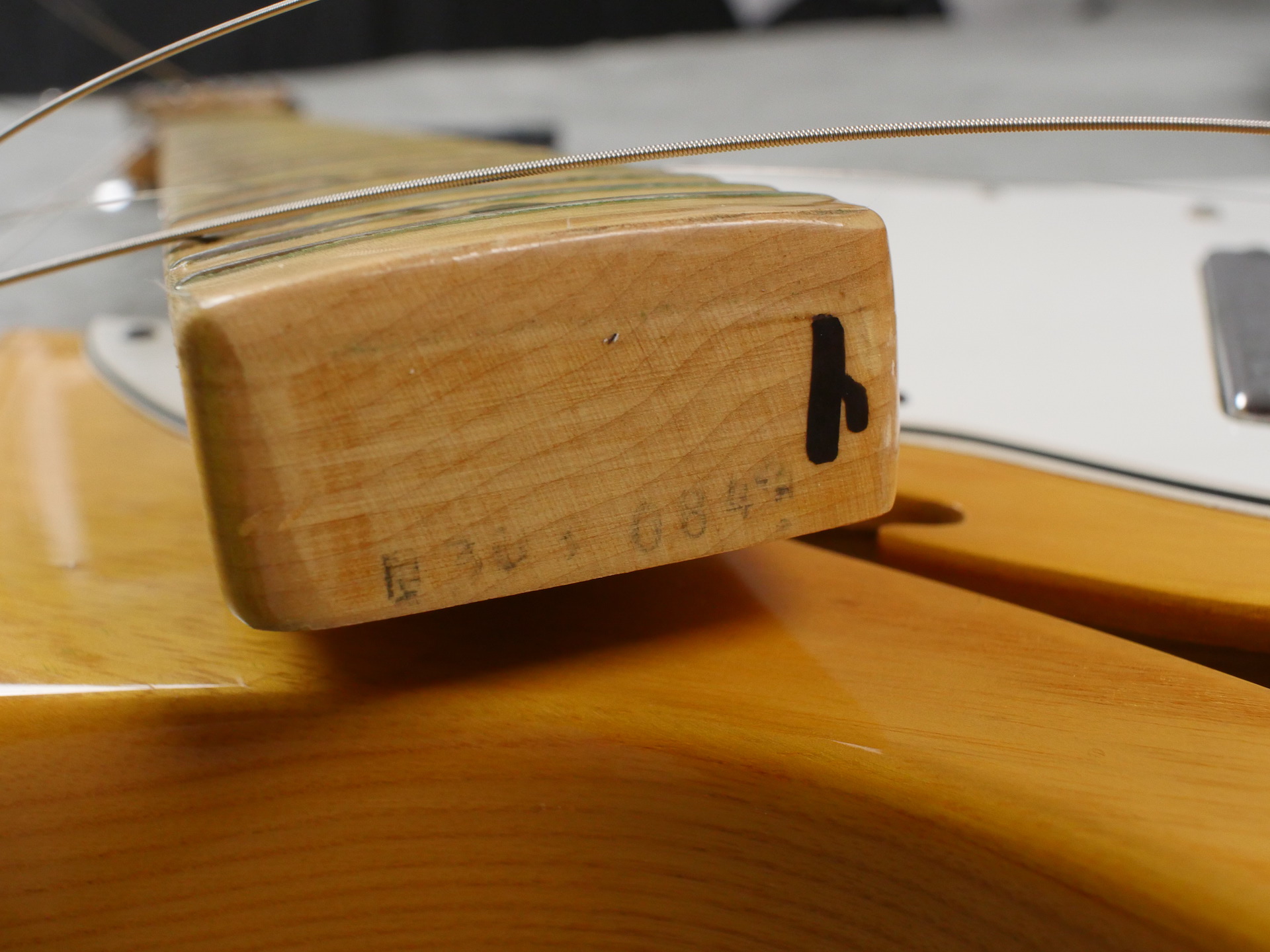 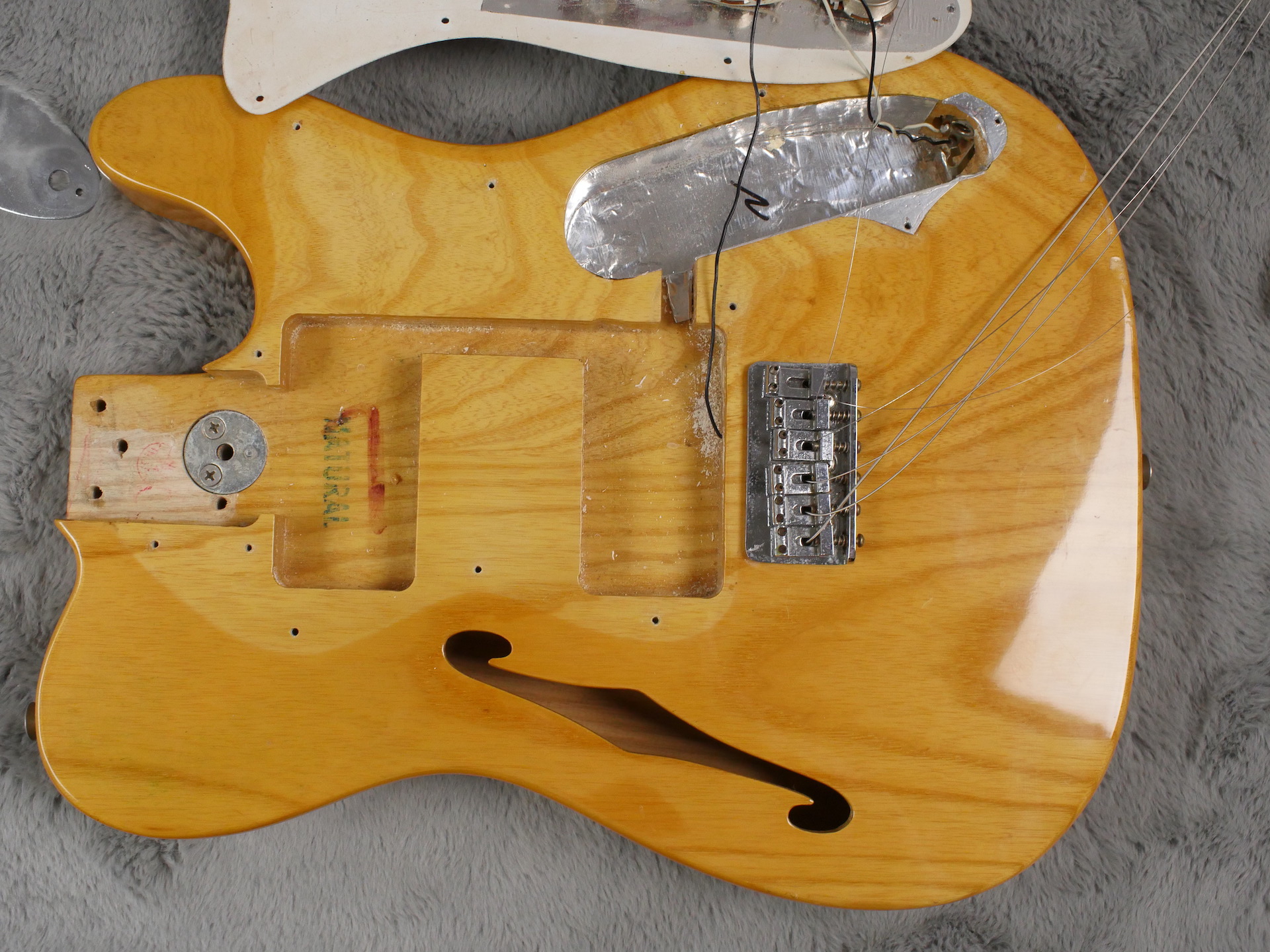 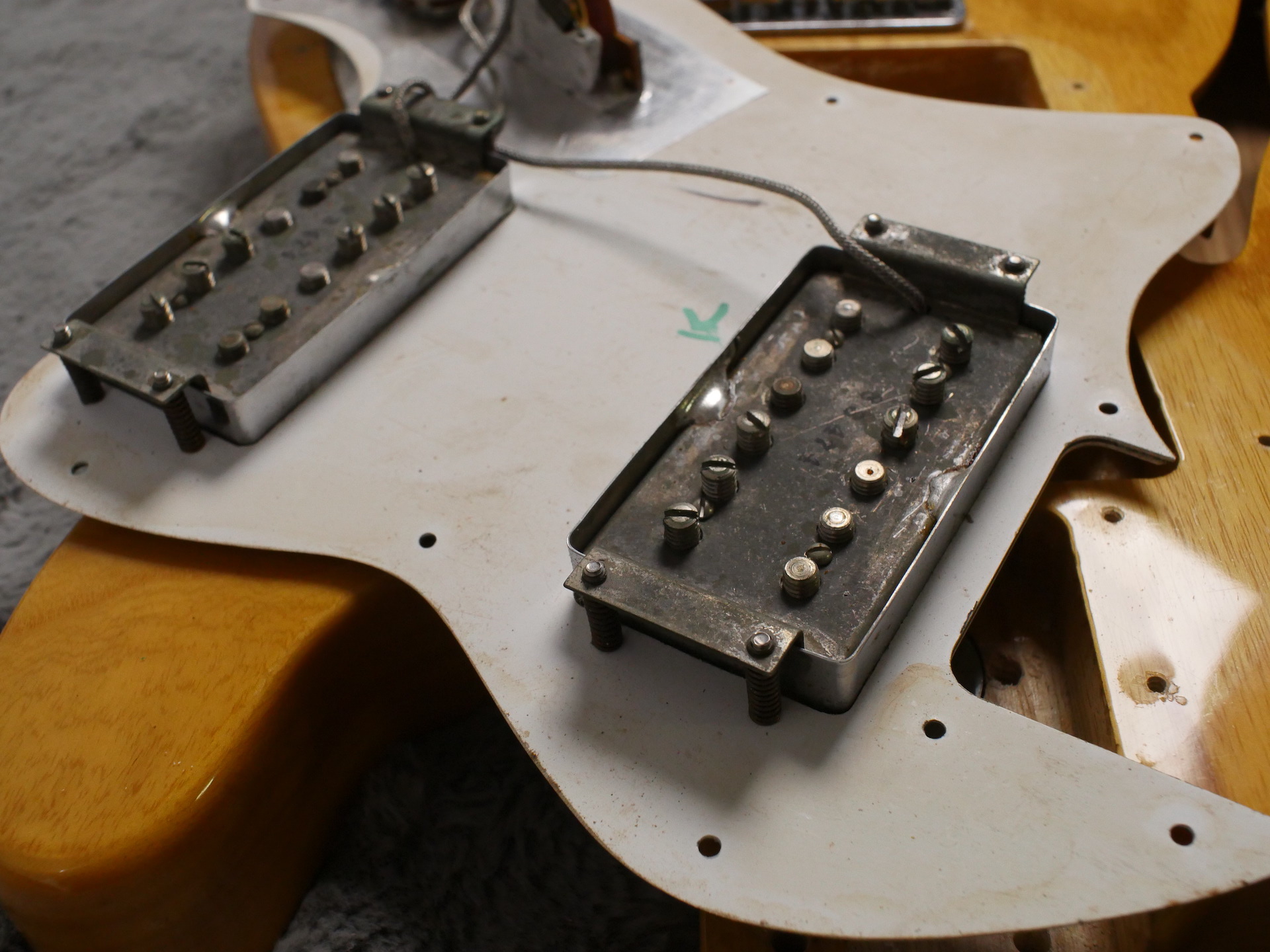 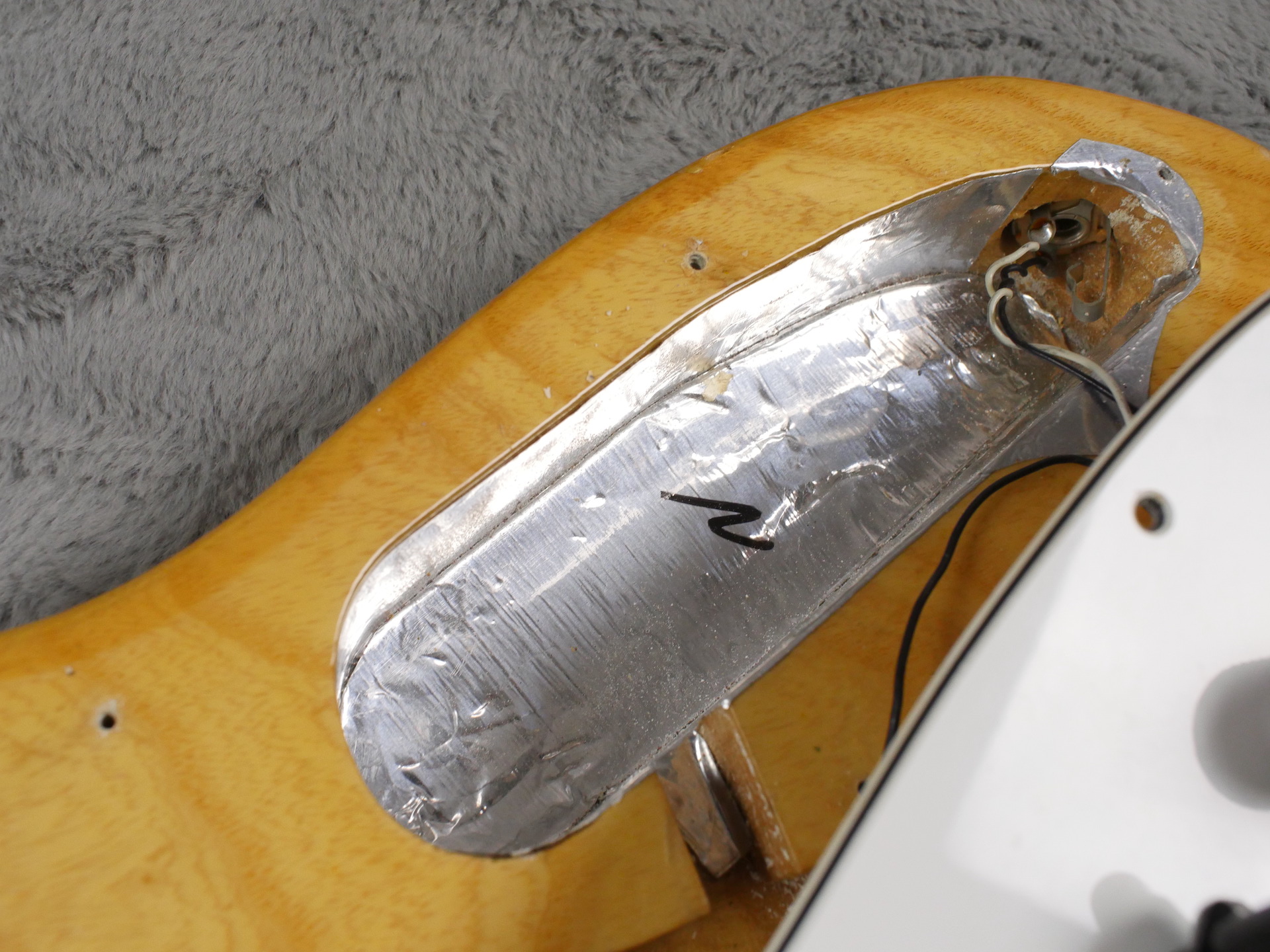 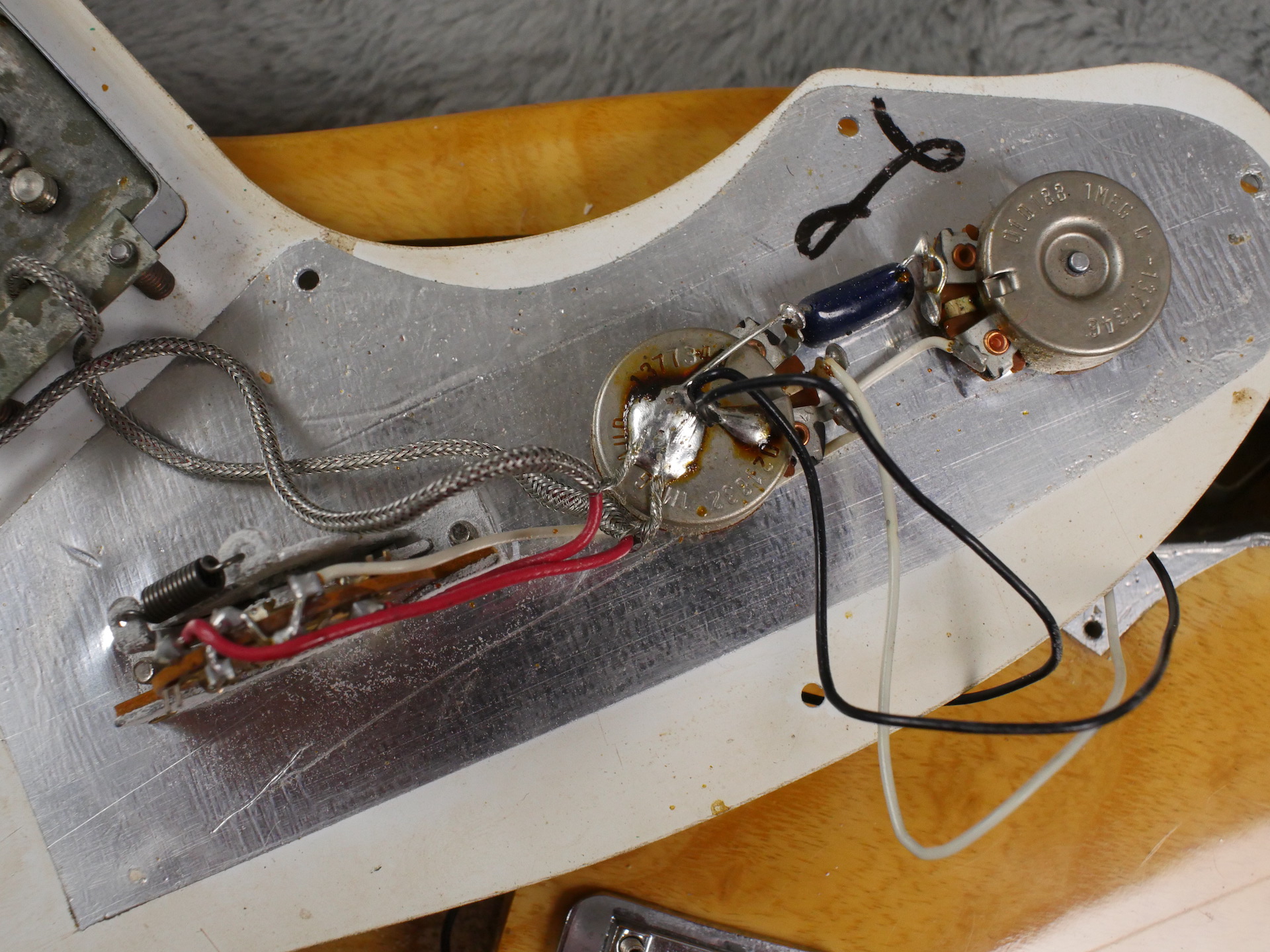