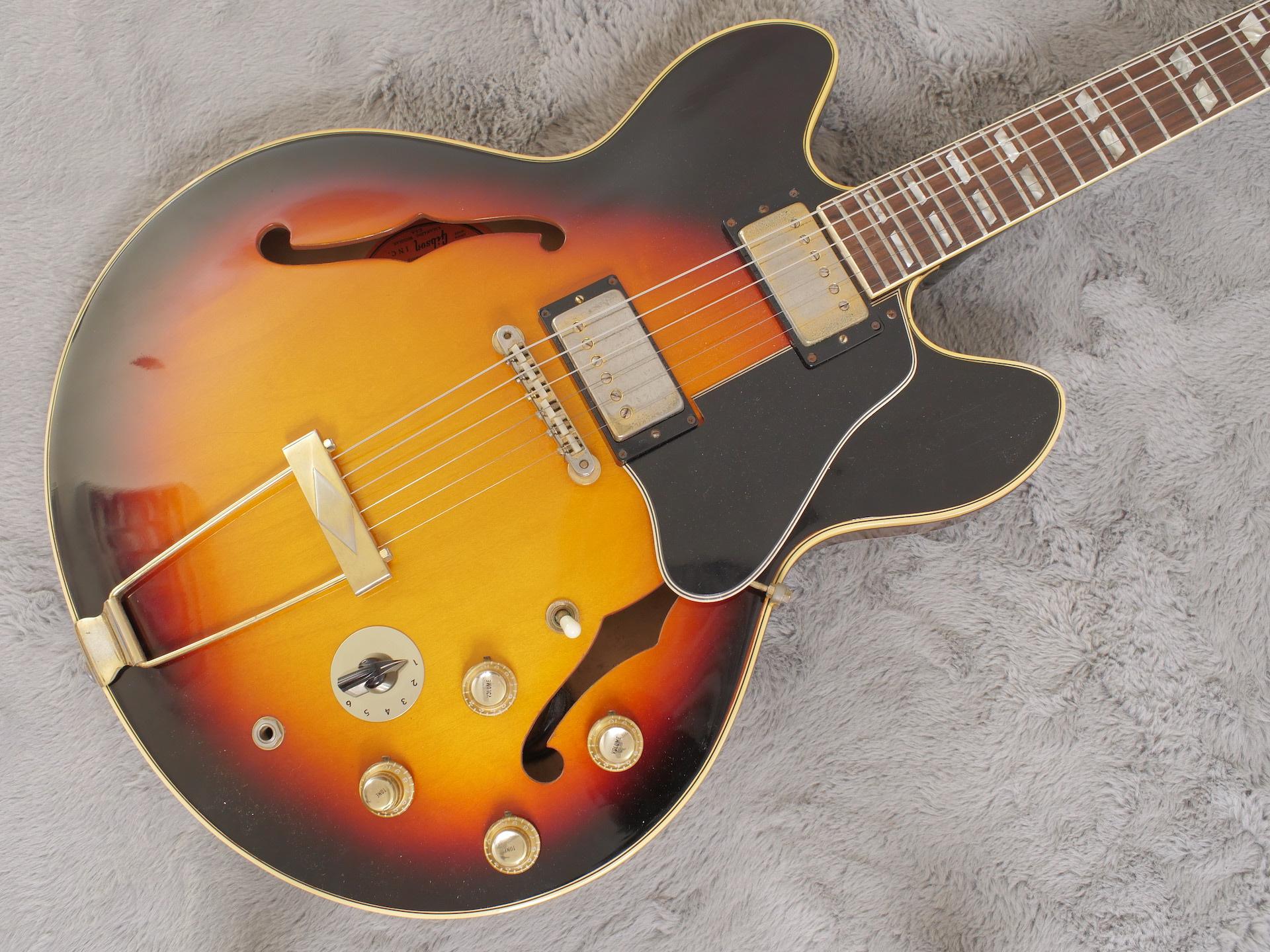 Iconic in its own way and seen hung round the necks of such luminaries as BB and Freddie King, the Gibson ES-345, introduced in 1959, was a bridge between the ES-335 and the more luxurious ES-355. Decked out in gold hardware, stereo wiring and the divisive baritone circuitry it had seen many changes with the biggest being the introduction of the ‘fast, low action’ necks of the mid-60’s.

This guitar is in stunning, near mint condition. Both front and back are finished in a flawless gloss finish over a a striking three tone sunburst, free of any fade. The neck too has the same gloss finish that showcases wonderfully grain of the single piece of mahogany. Between 1965 and 1969, Gibson changed the nut width on their guitars from 1 11/16” to 1 9/16” so this guitar has that narrower nut width though the depth is retained so it doesn’t feel too small in the hand.

The rosewood fretboard is in great shape with plenty of life left in the original frets. The headstock has only one very slight nick to a top edge but is otherwise very clean.

The hardware has worn somewhat though this is not extensive and doesn’t detract from the look of the guitar.

The plastics are in good condition and the pickguard hasn’t warped.

Electronically everything is undisturbed, the guitar still being wired in stereo and all the pots have their ‘cans’ intact.

Sonically this guitar has all the hallmarks of a great semi hollow. Acoustically there’s a depth that balances out the presence giving the guitar a nice sustain. Once plugged in the patent number pickups accentuate the guitars inherent tonality, the neck pickup being a particular highlight. The bridge pickup provides a superb bite that really cuts through. The neck is very comfortable and the narrower nut is’t so noticeable after a short spell of playing.

History hasn’t been so kind to these later 60’s guitars but hidden amongst the hearsay and preconceptions are stunning pieces like this one. Grab it before it gets away. 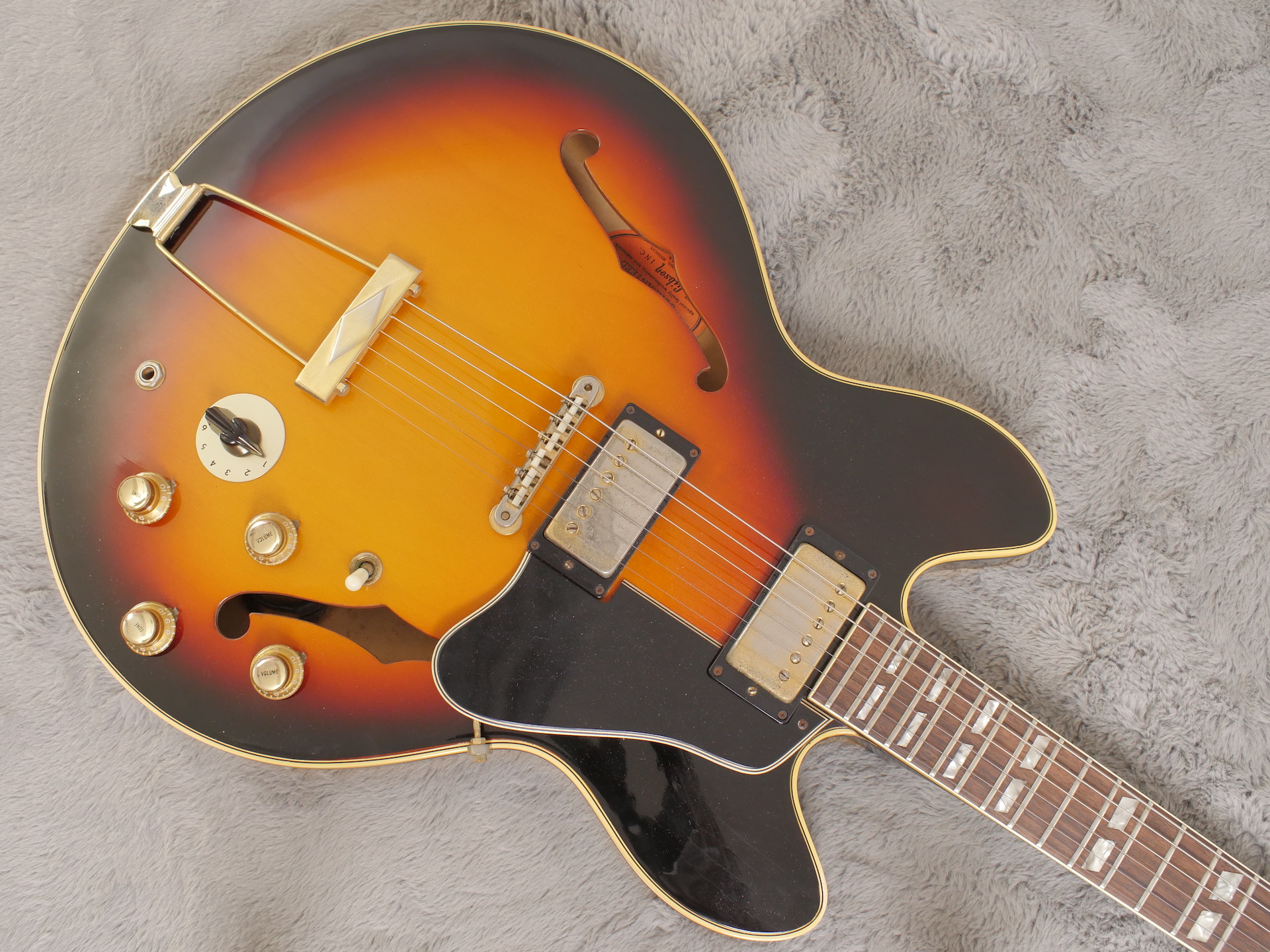 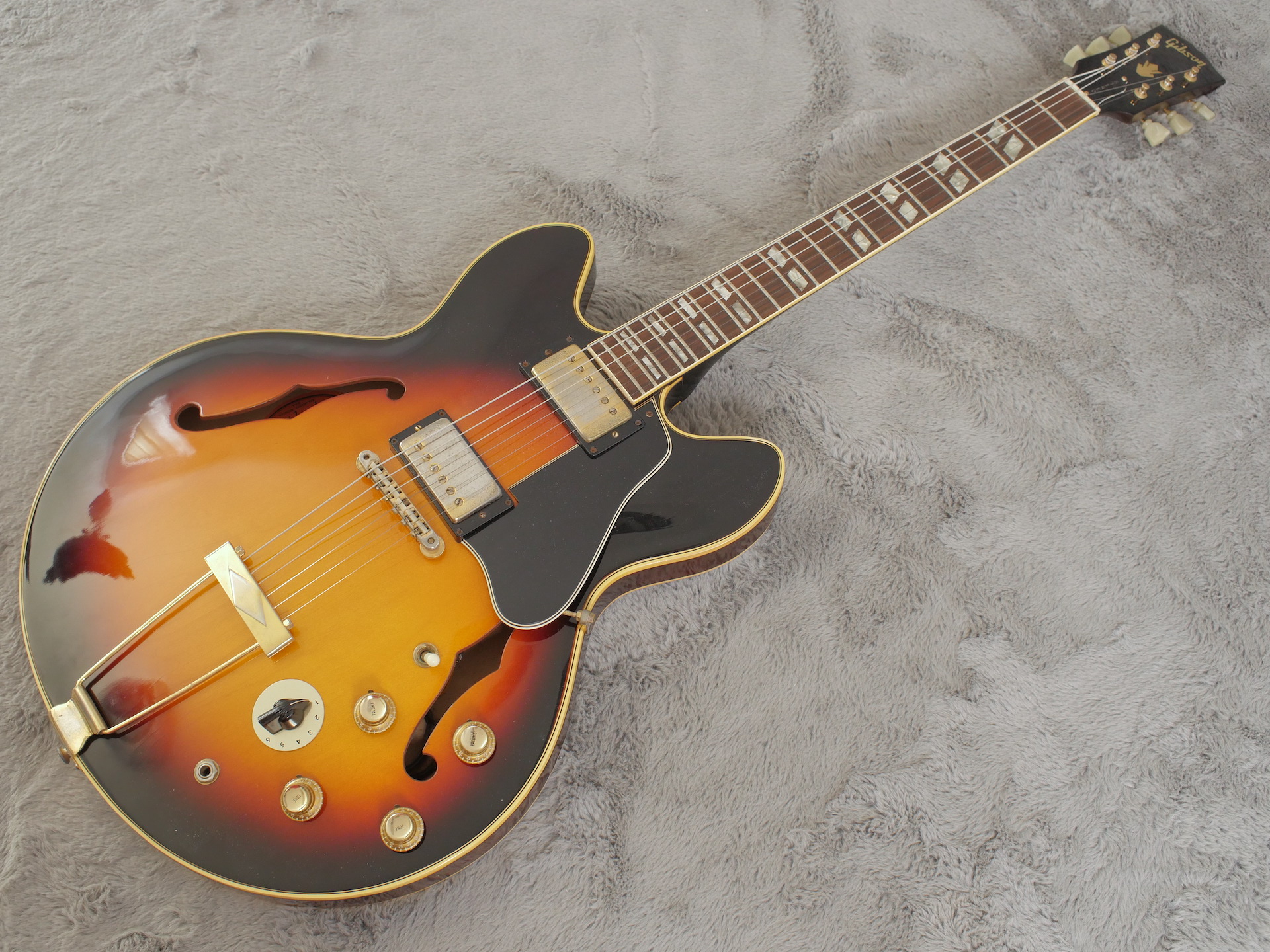 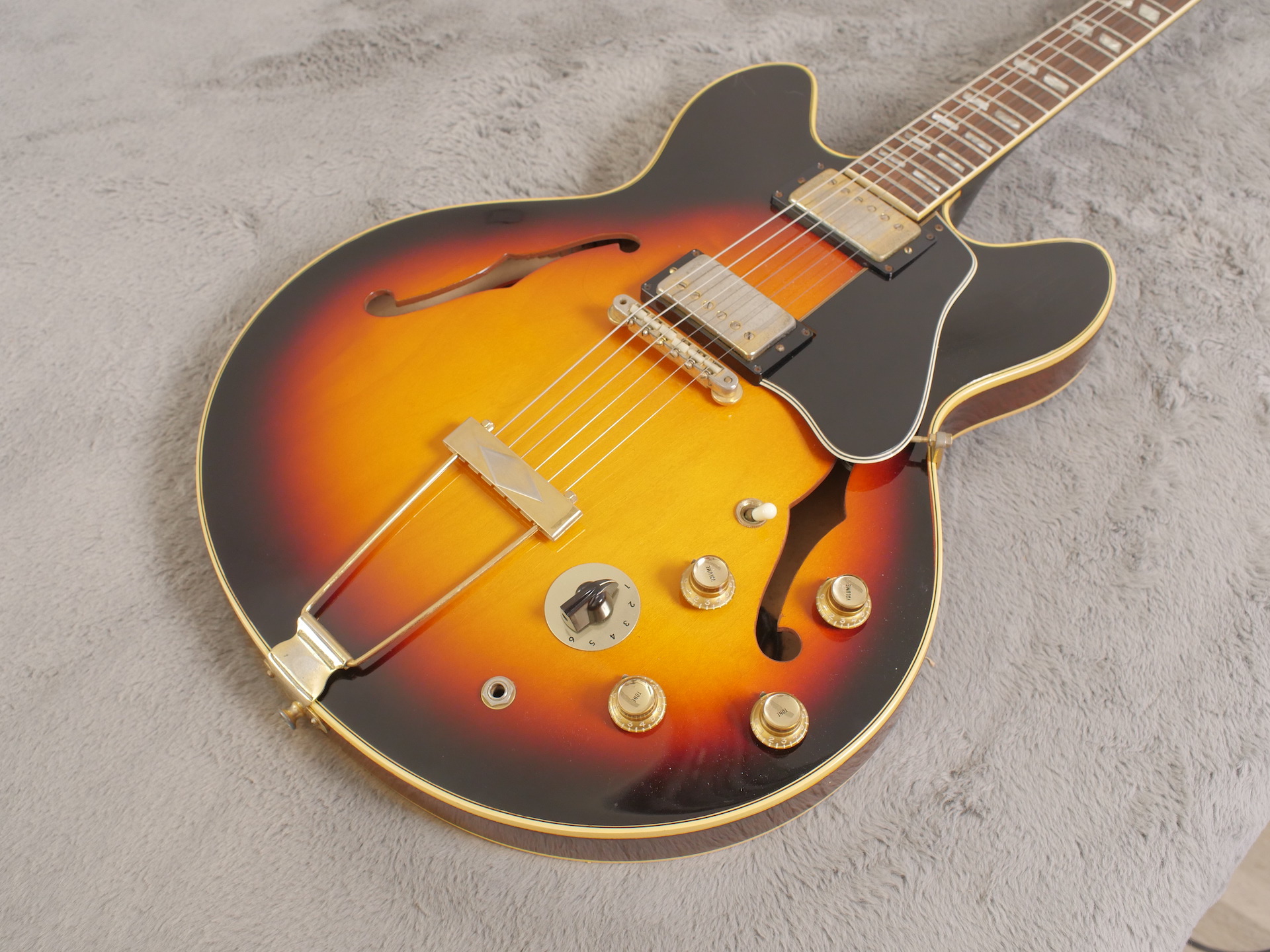 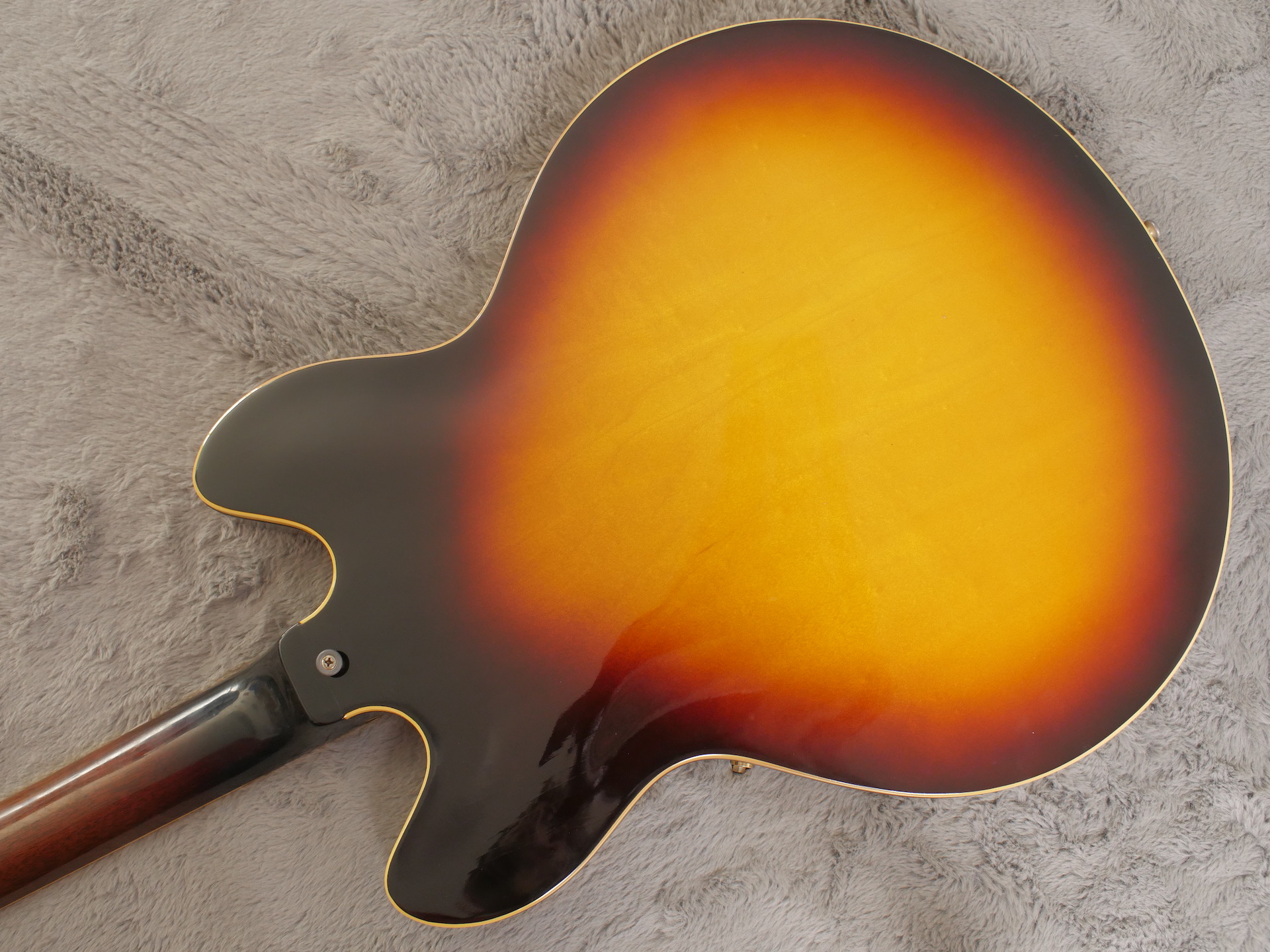 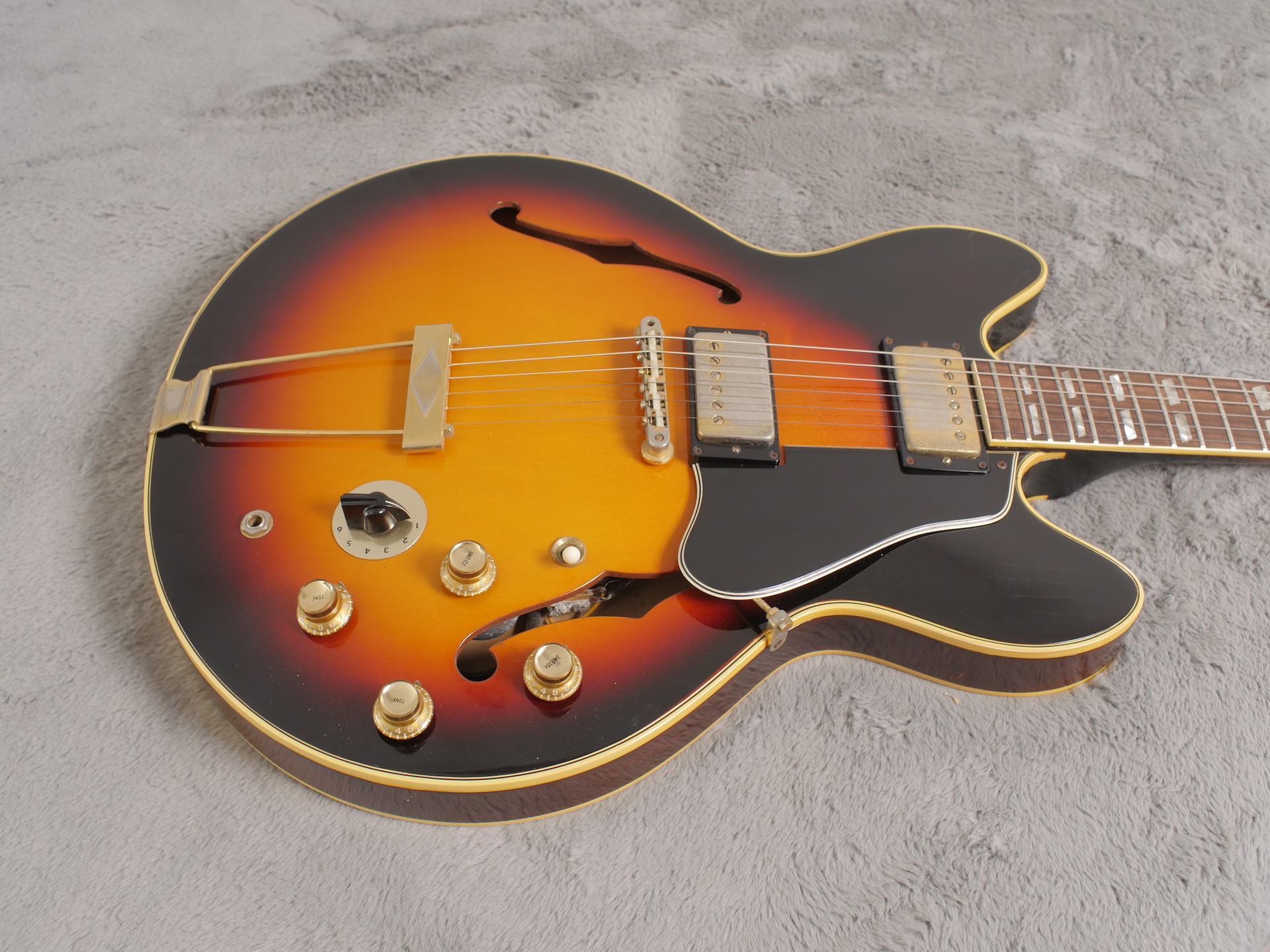 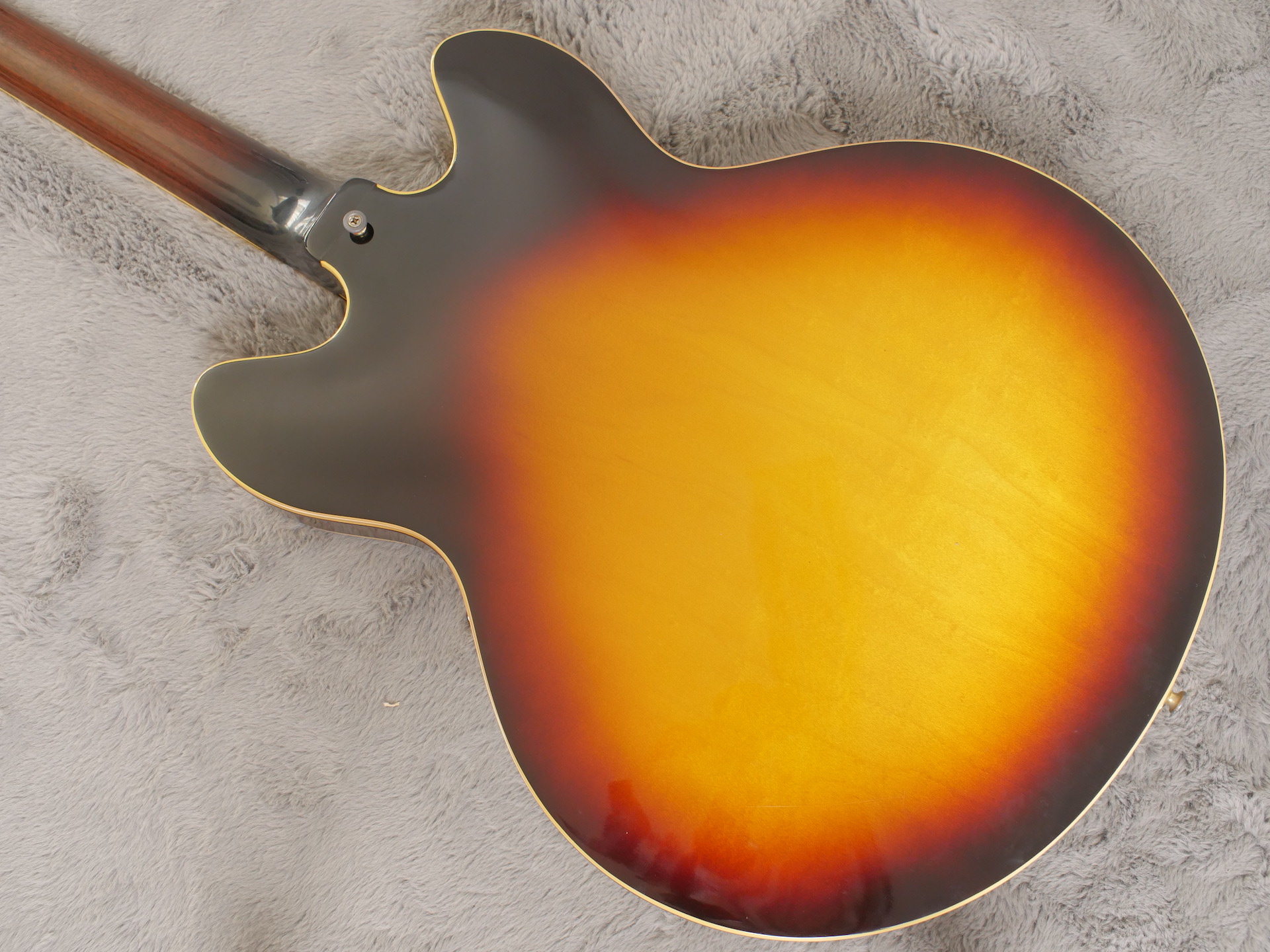 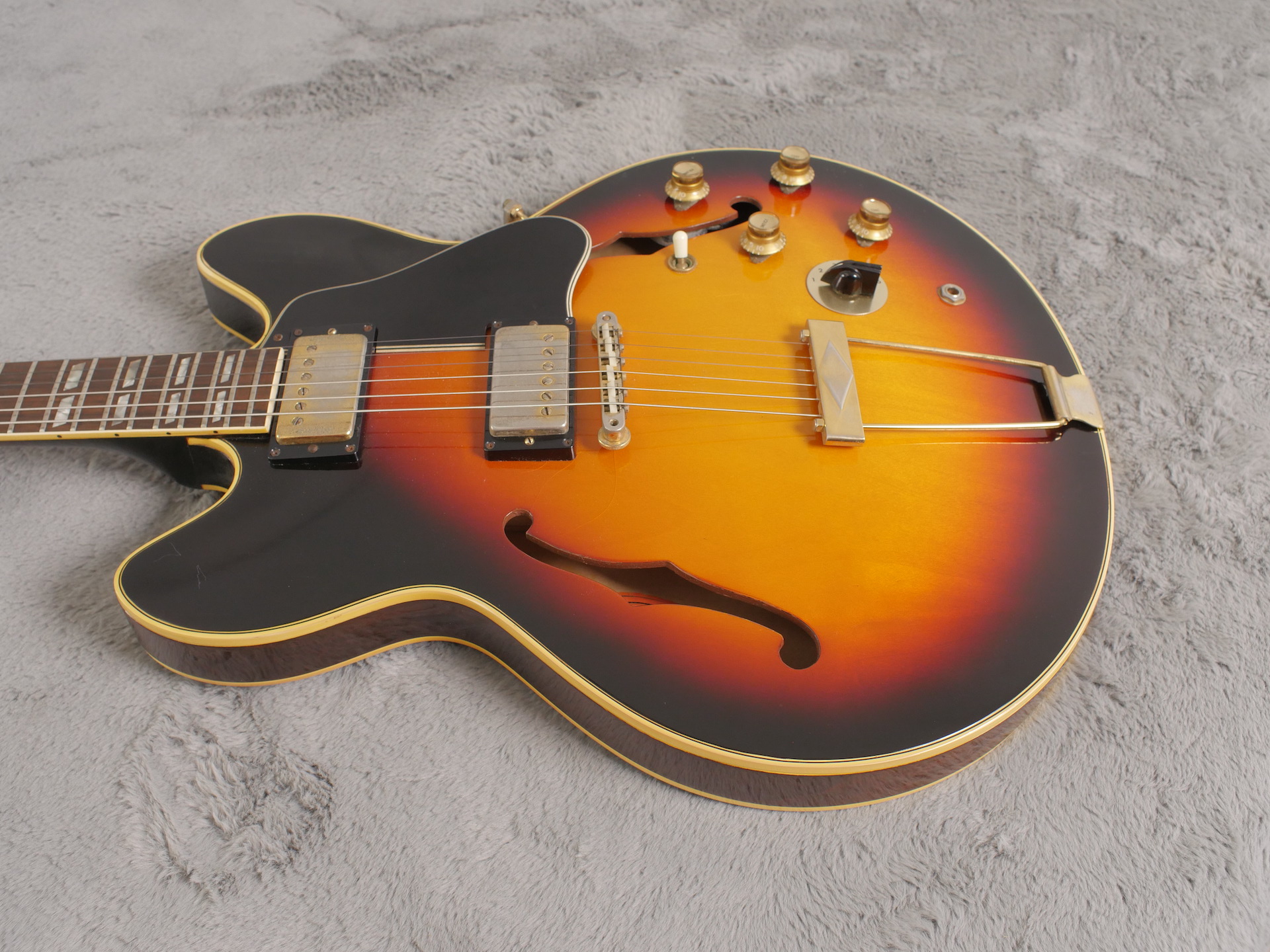 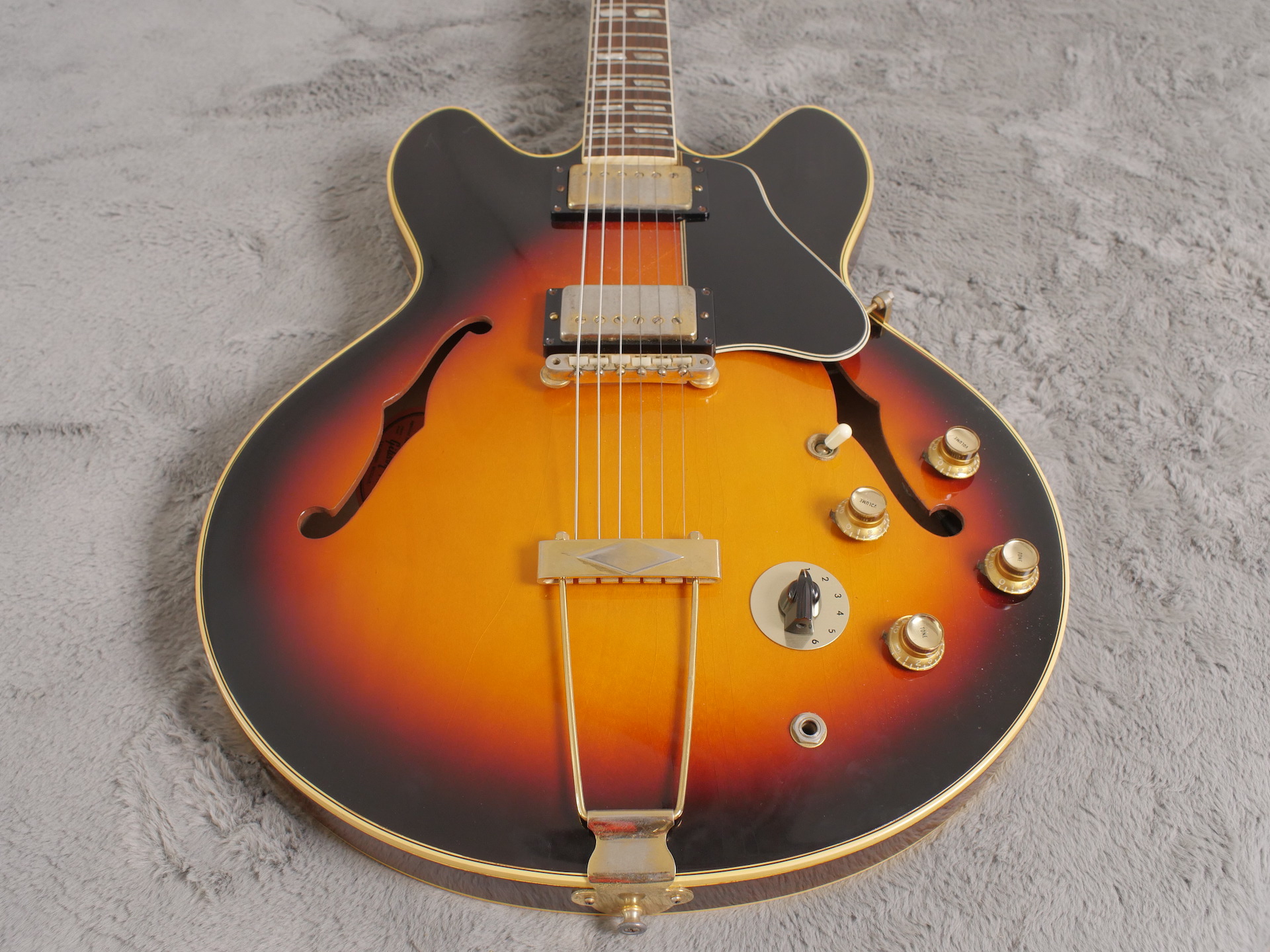 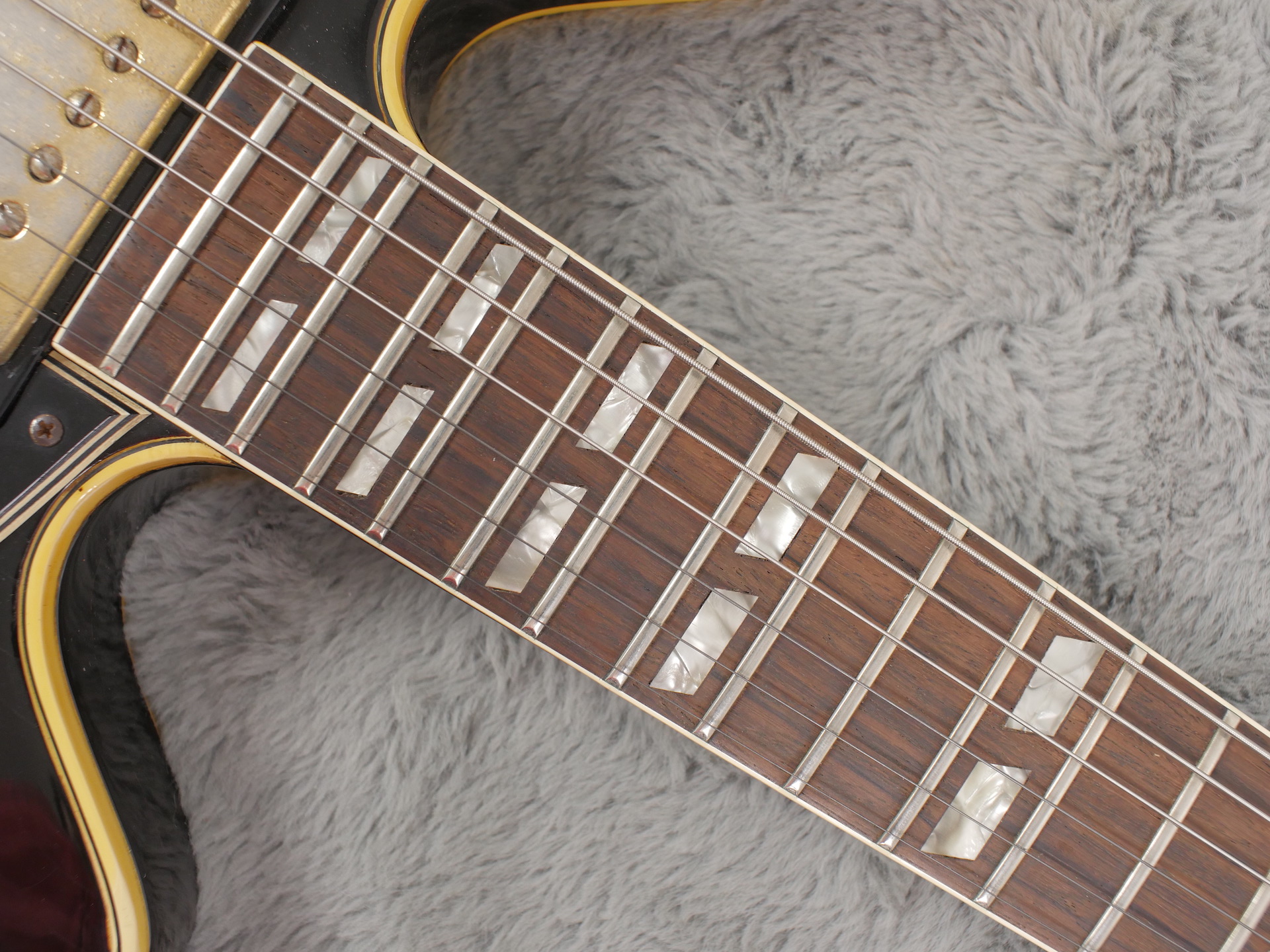 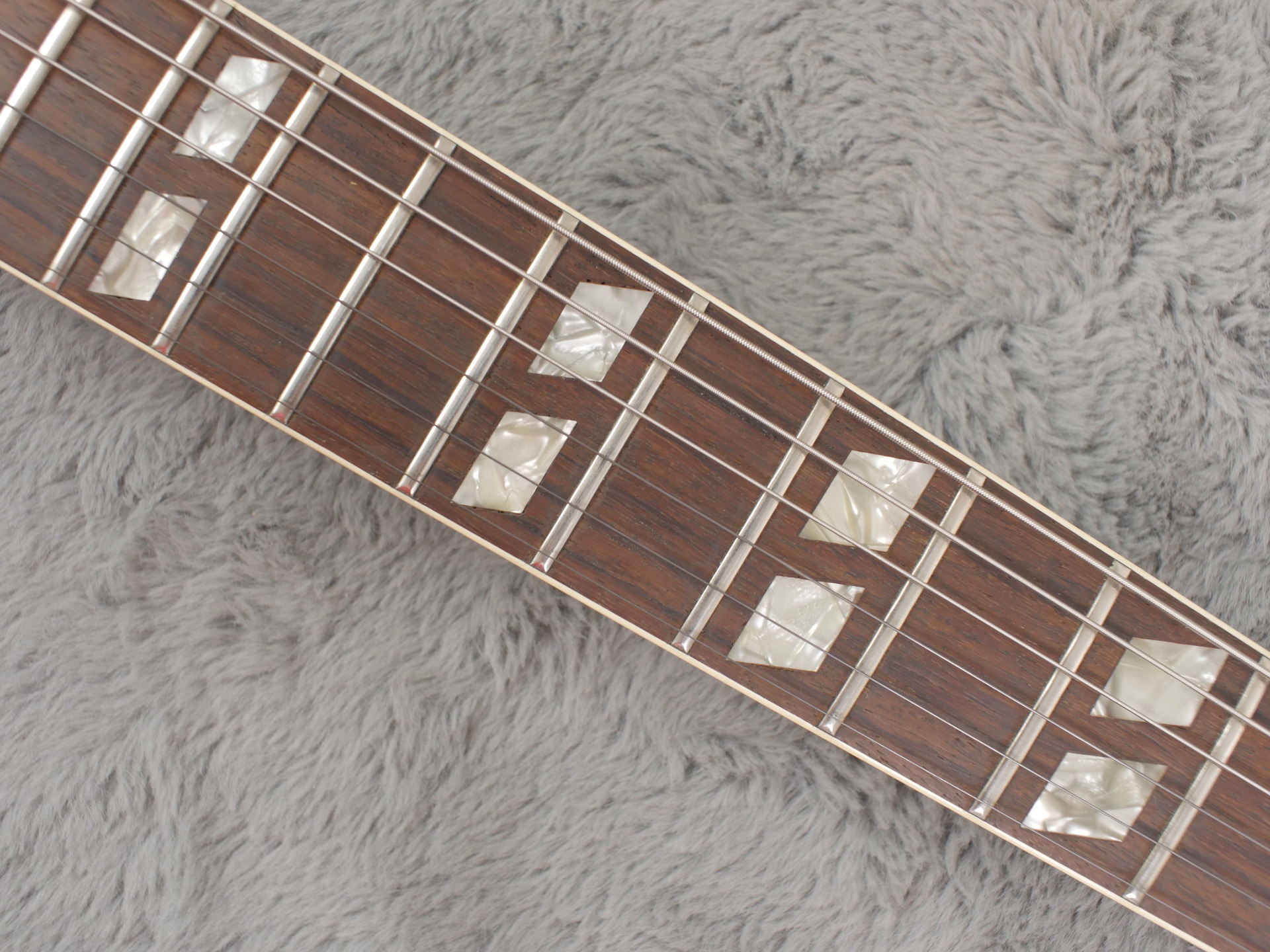 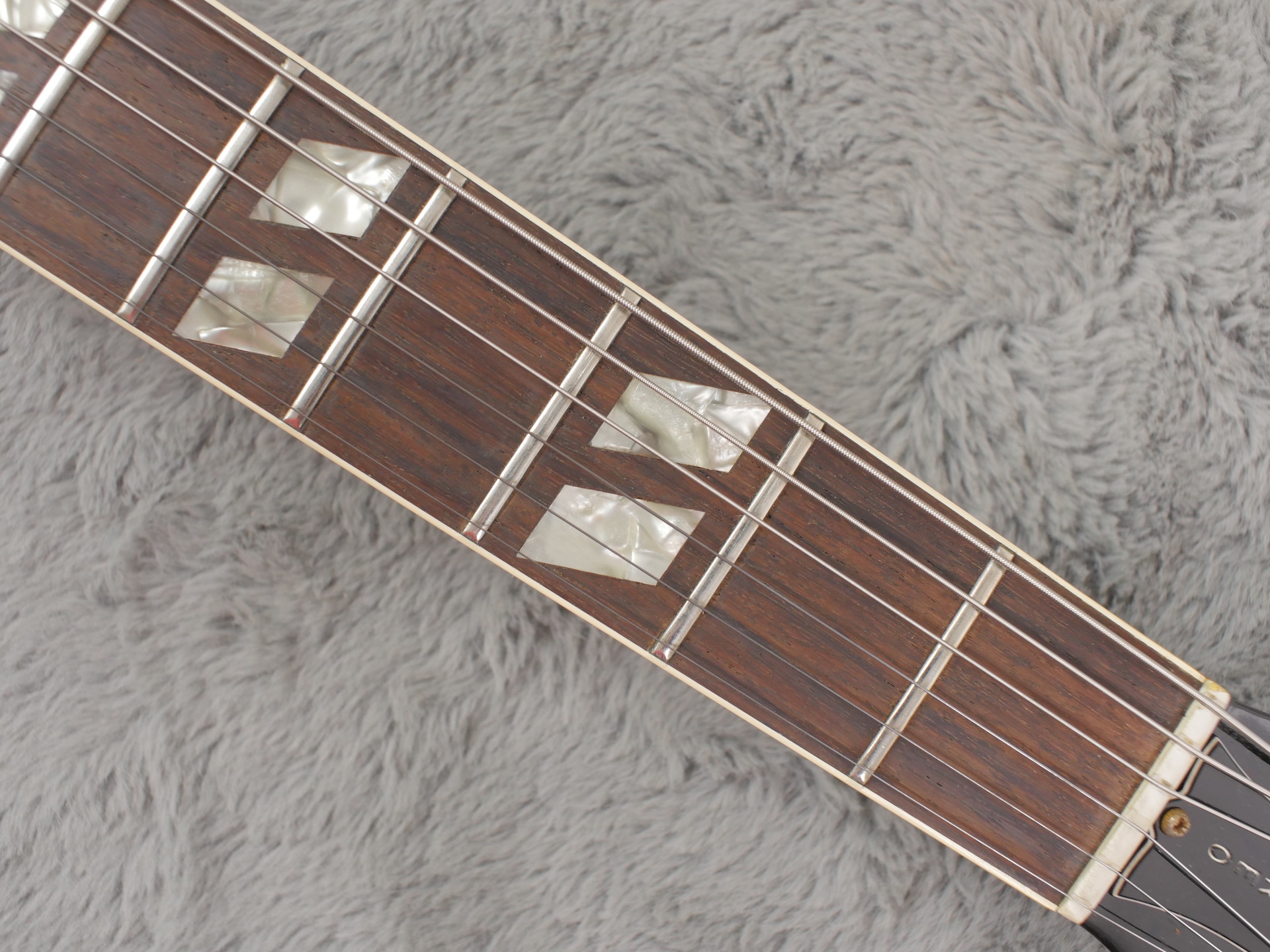 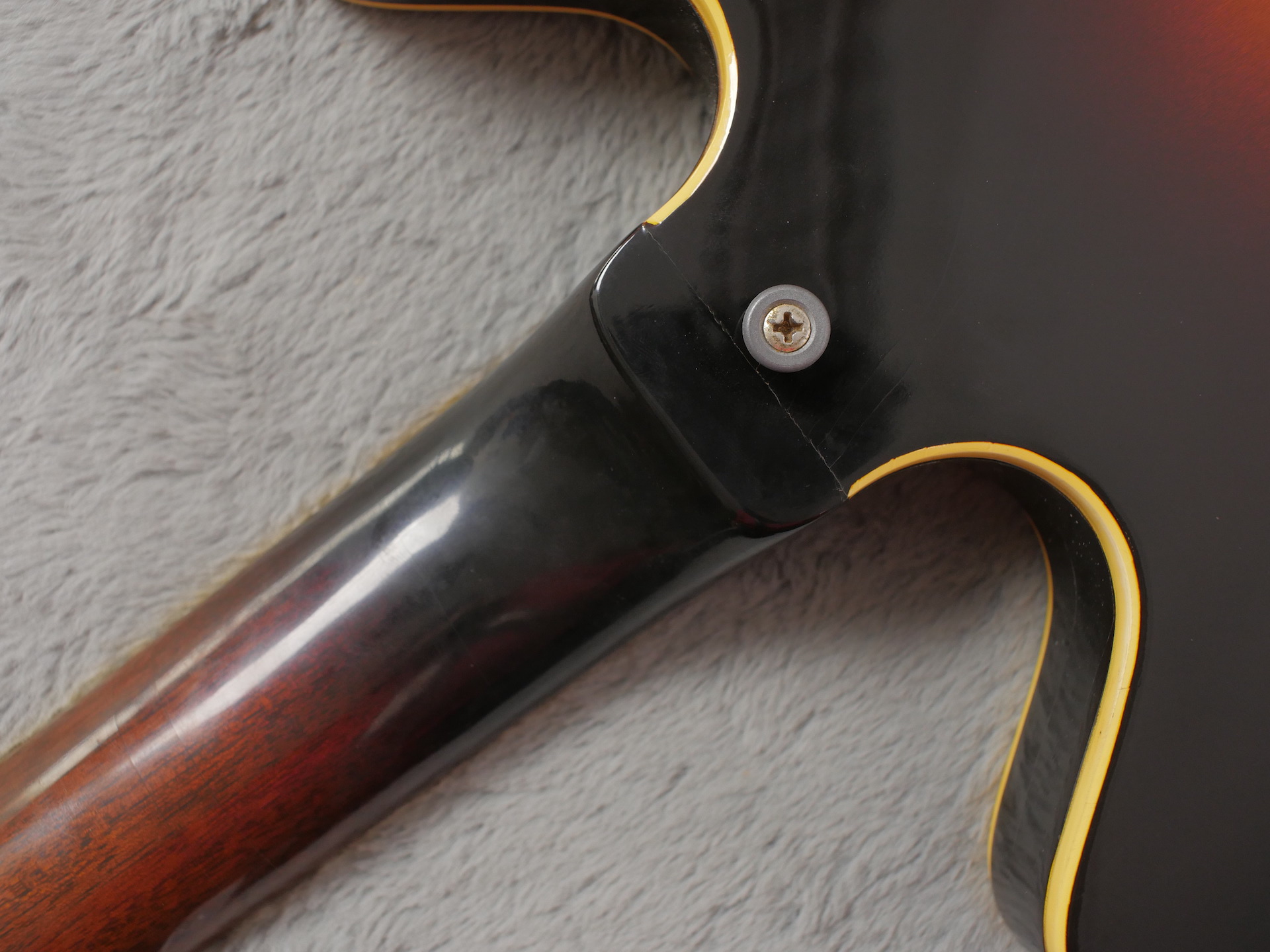 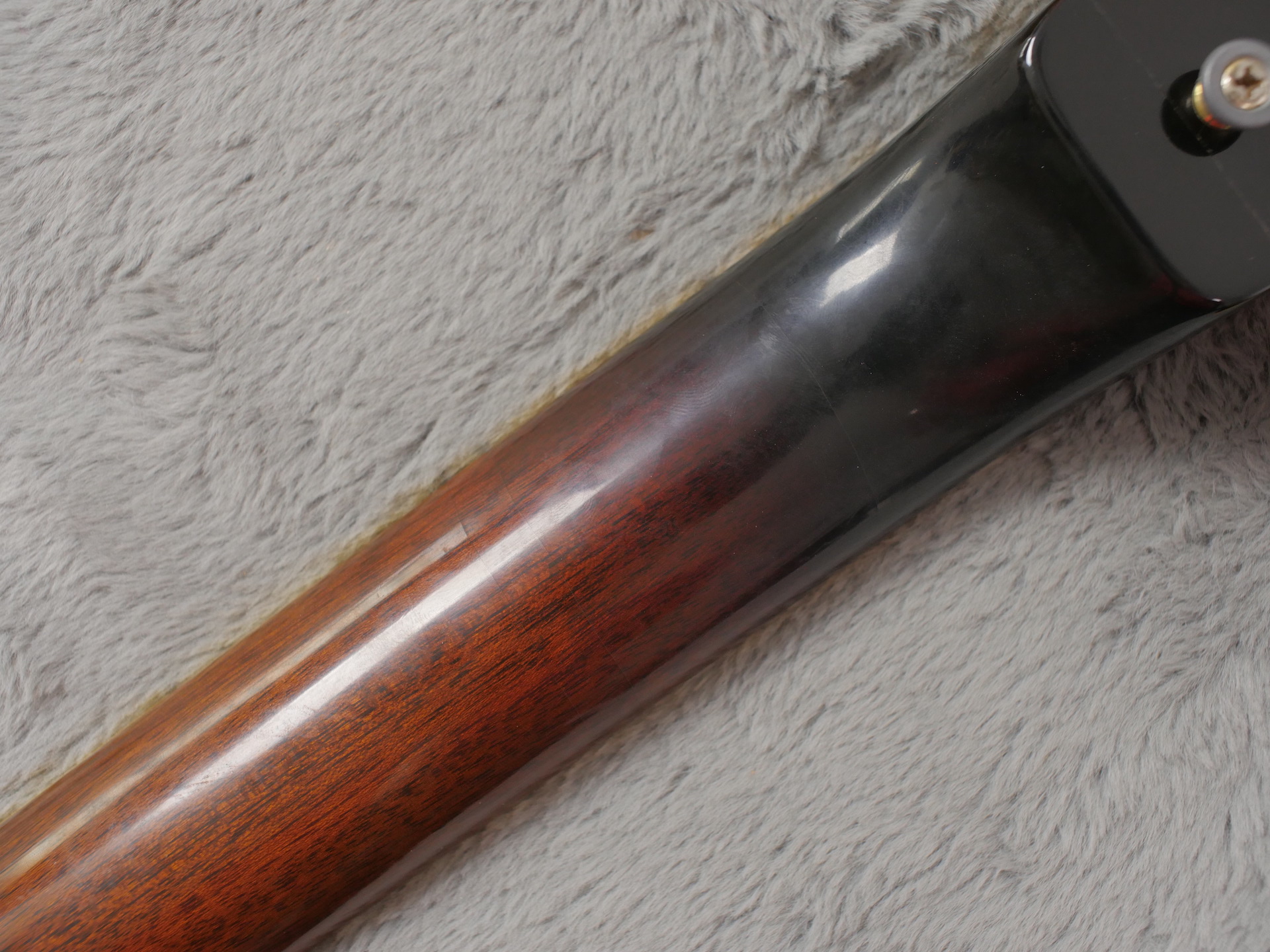 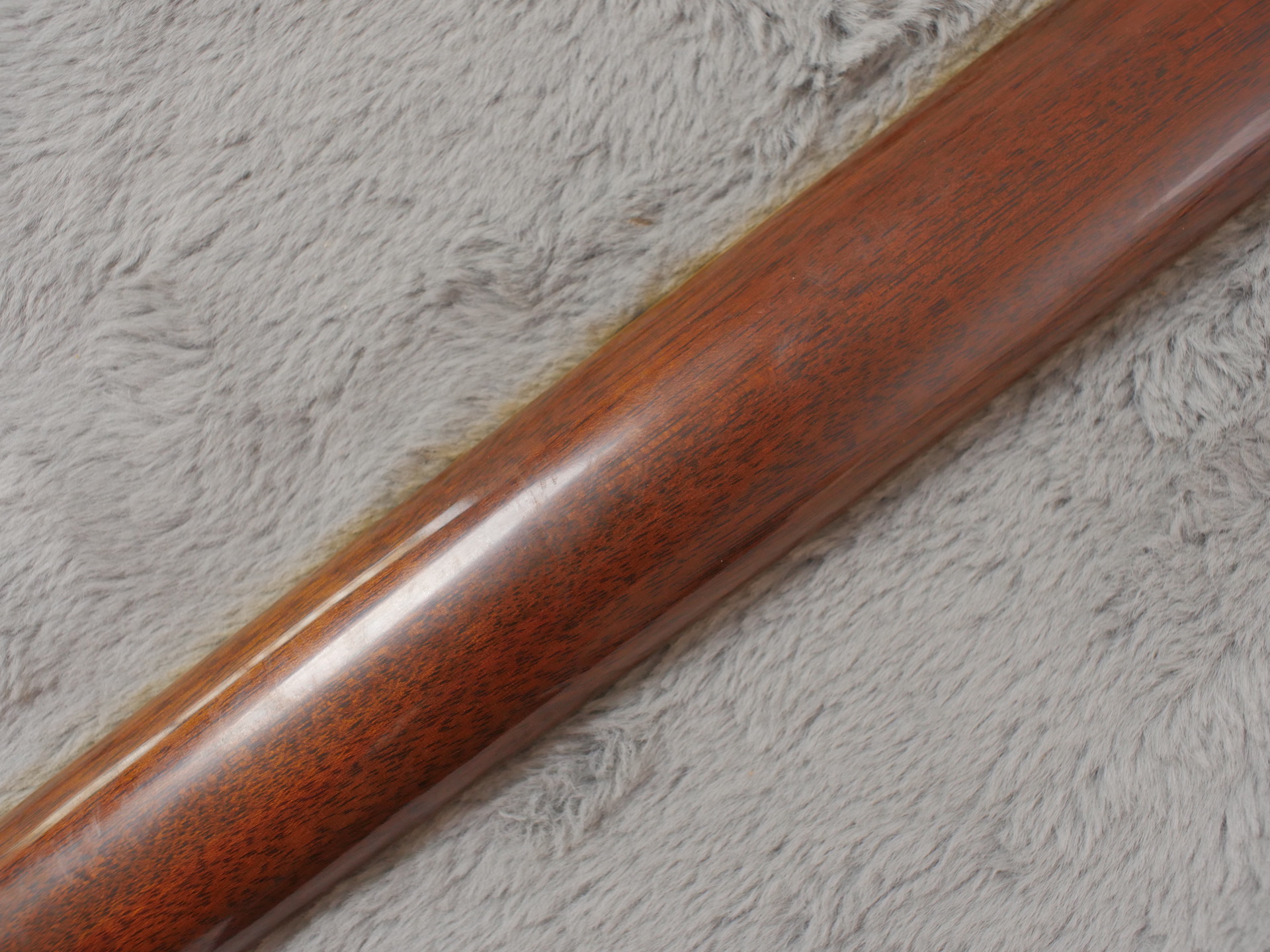 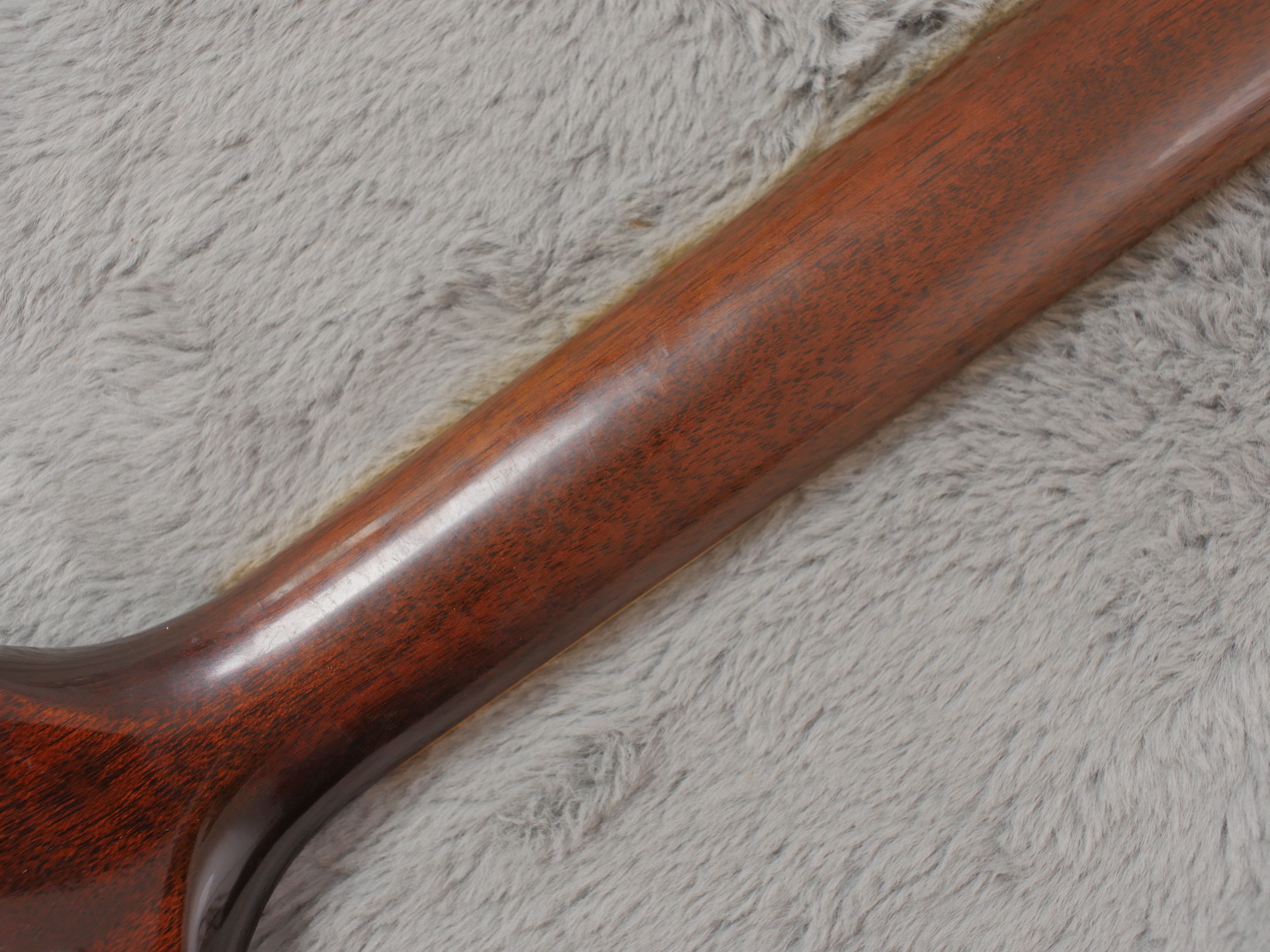 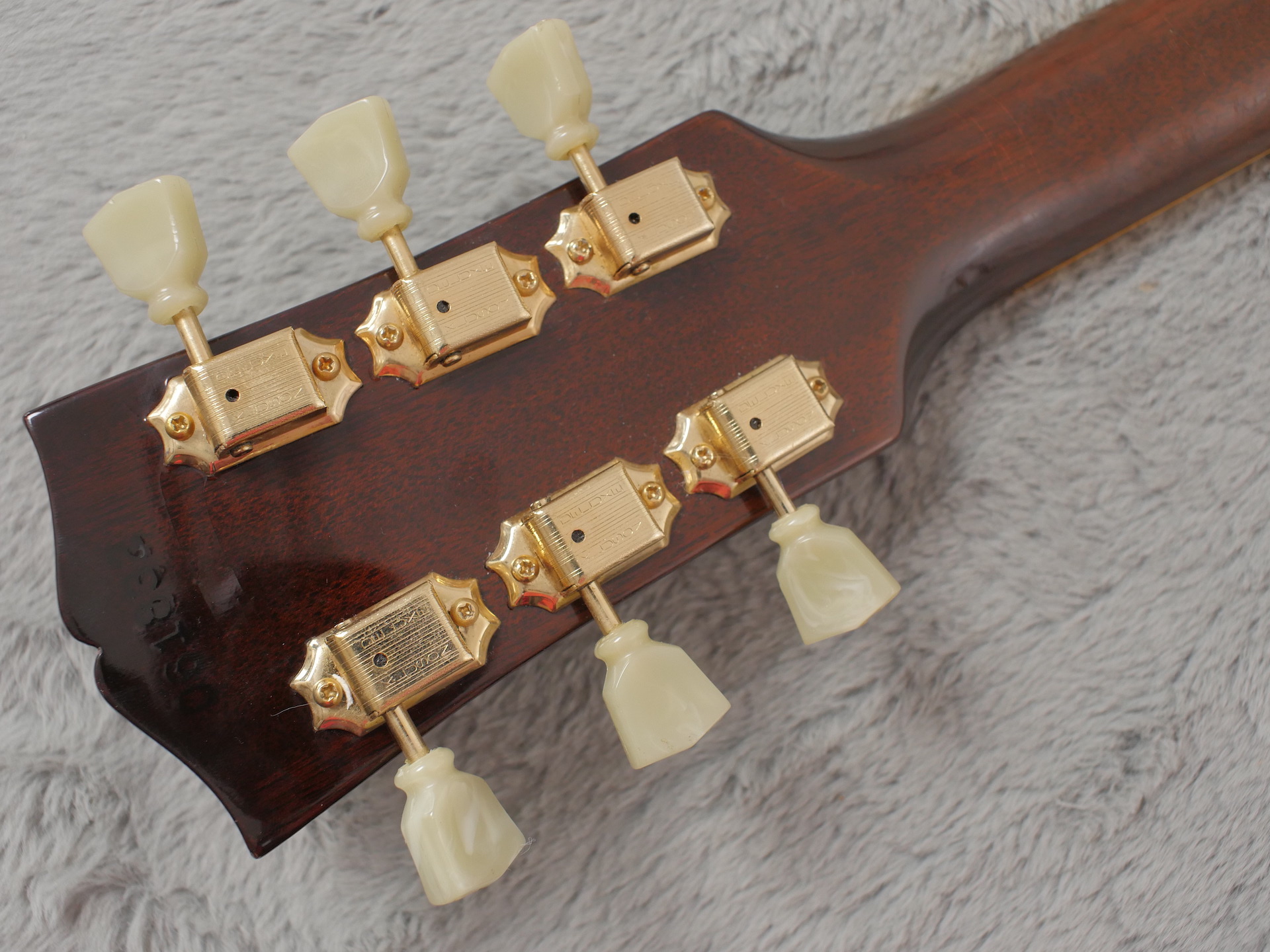 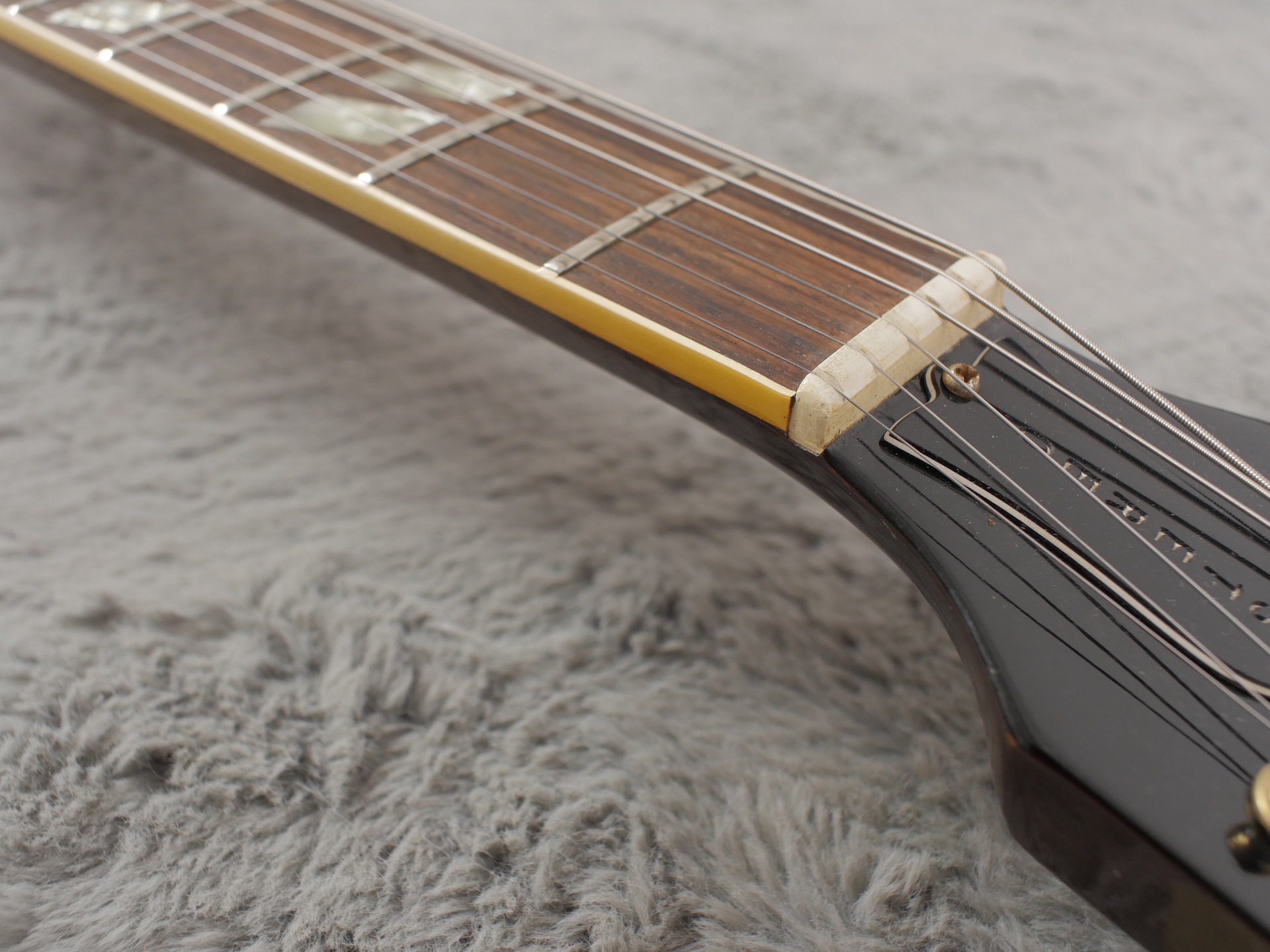 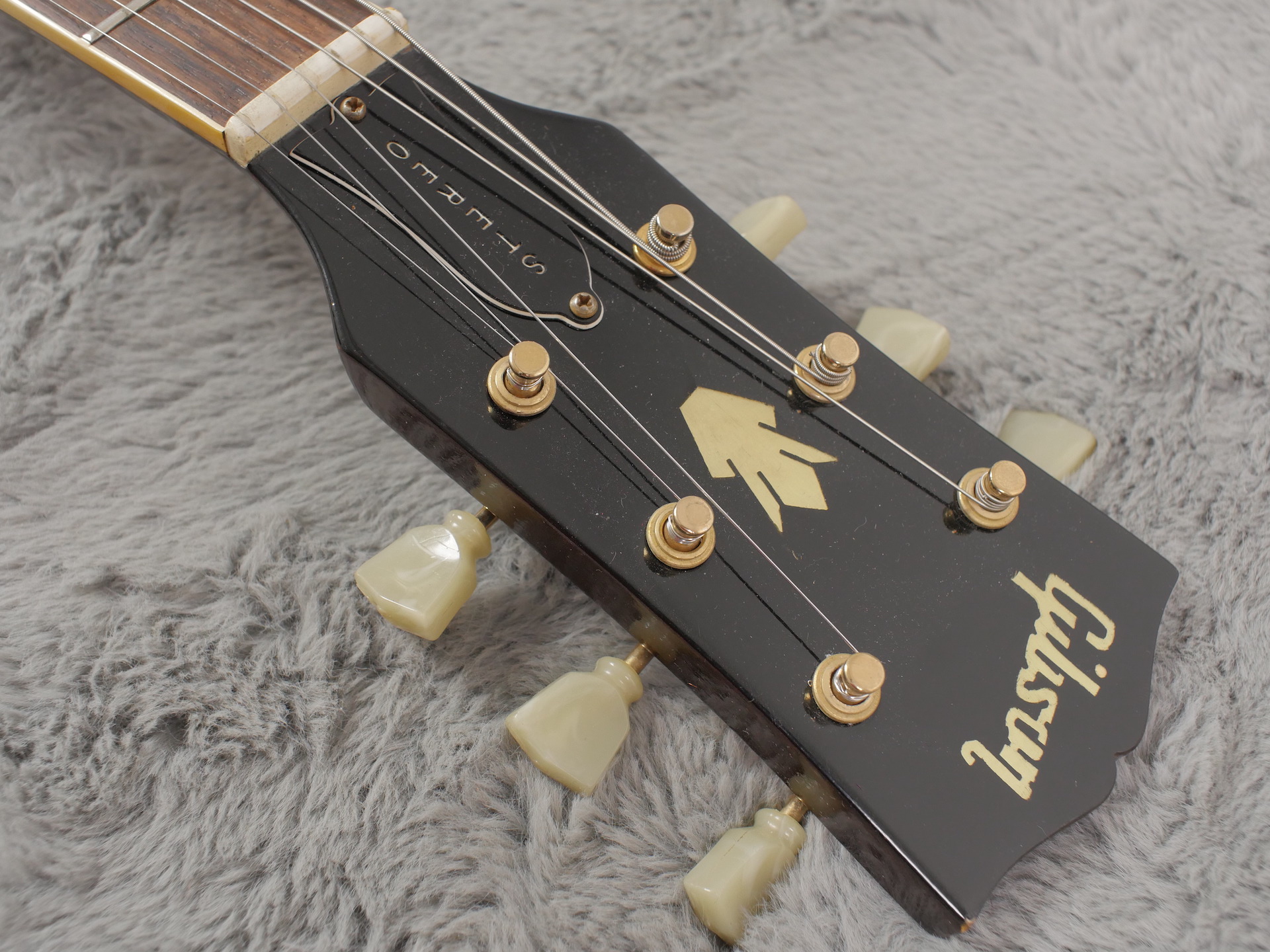 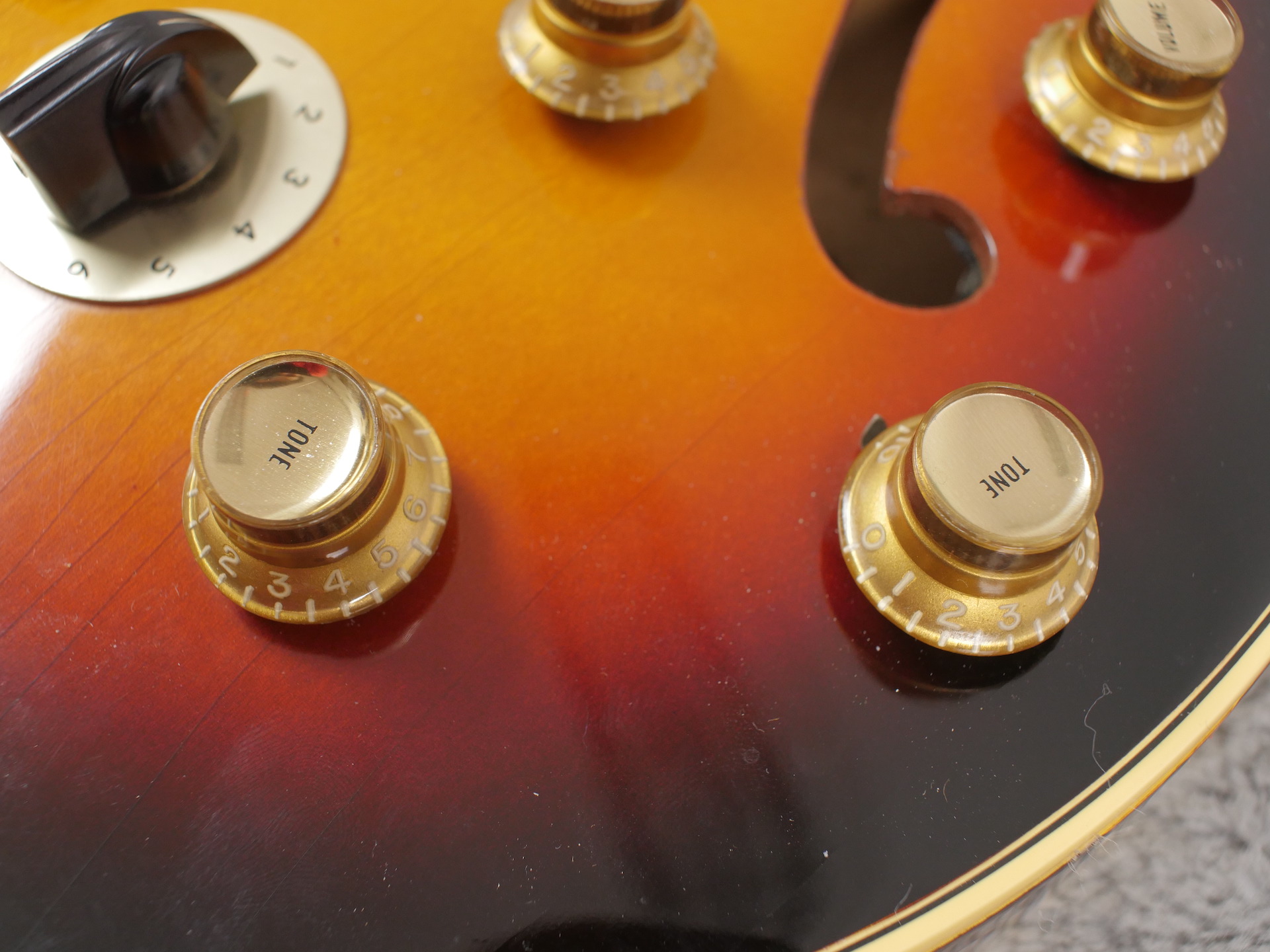 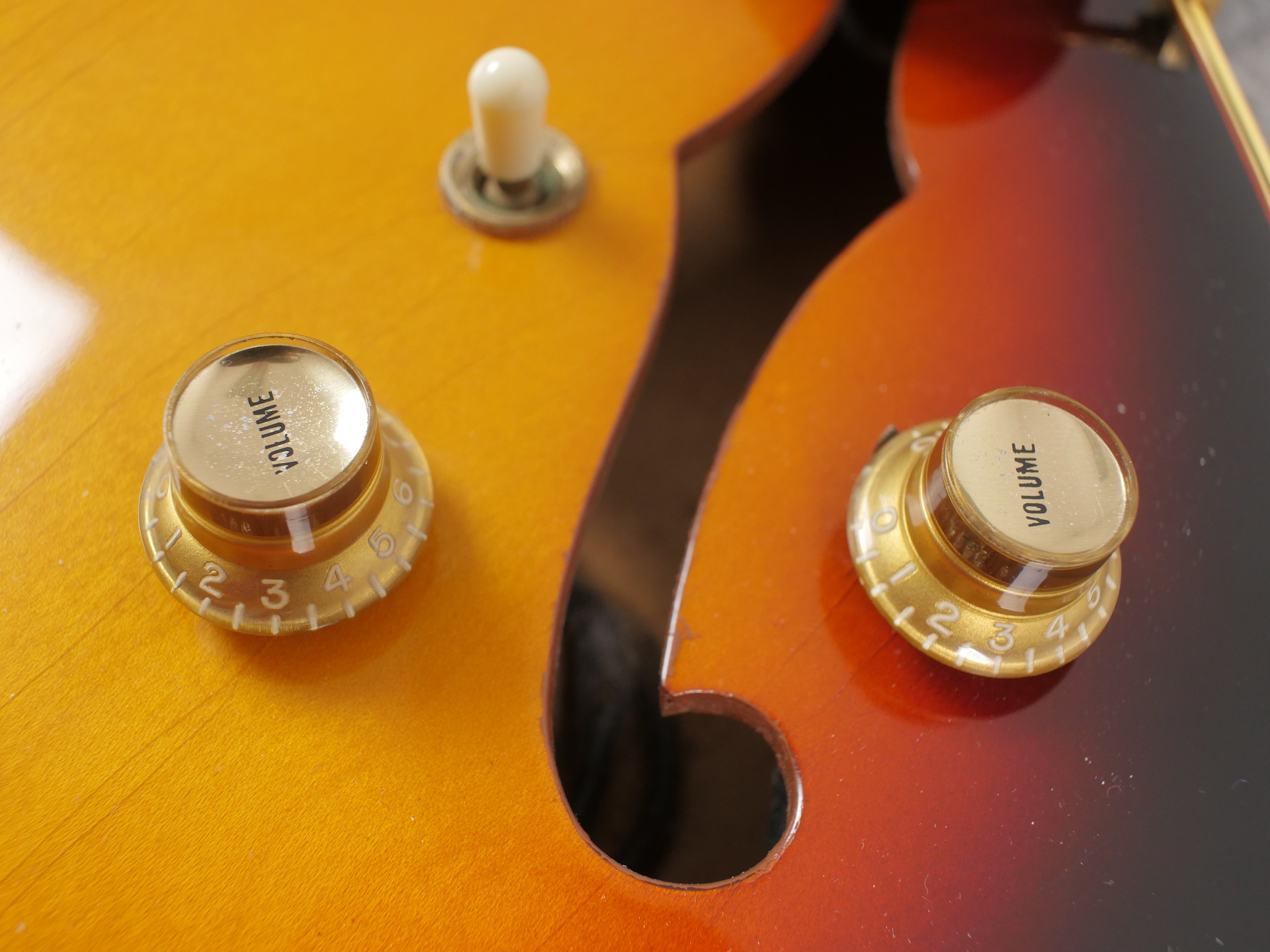 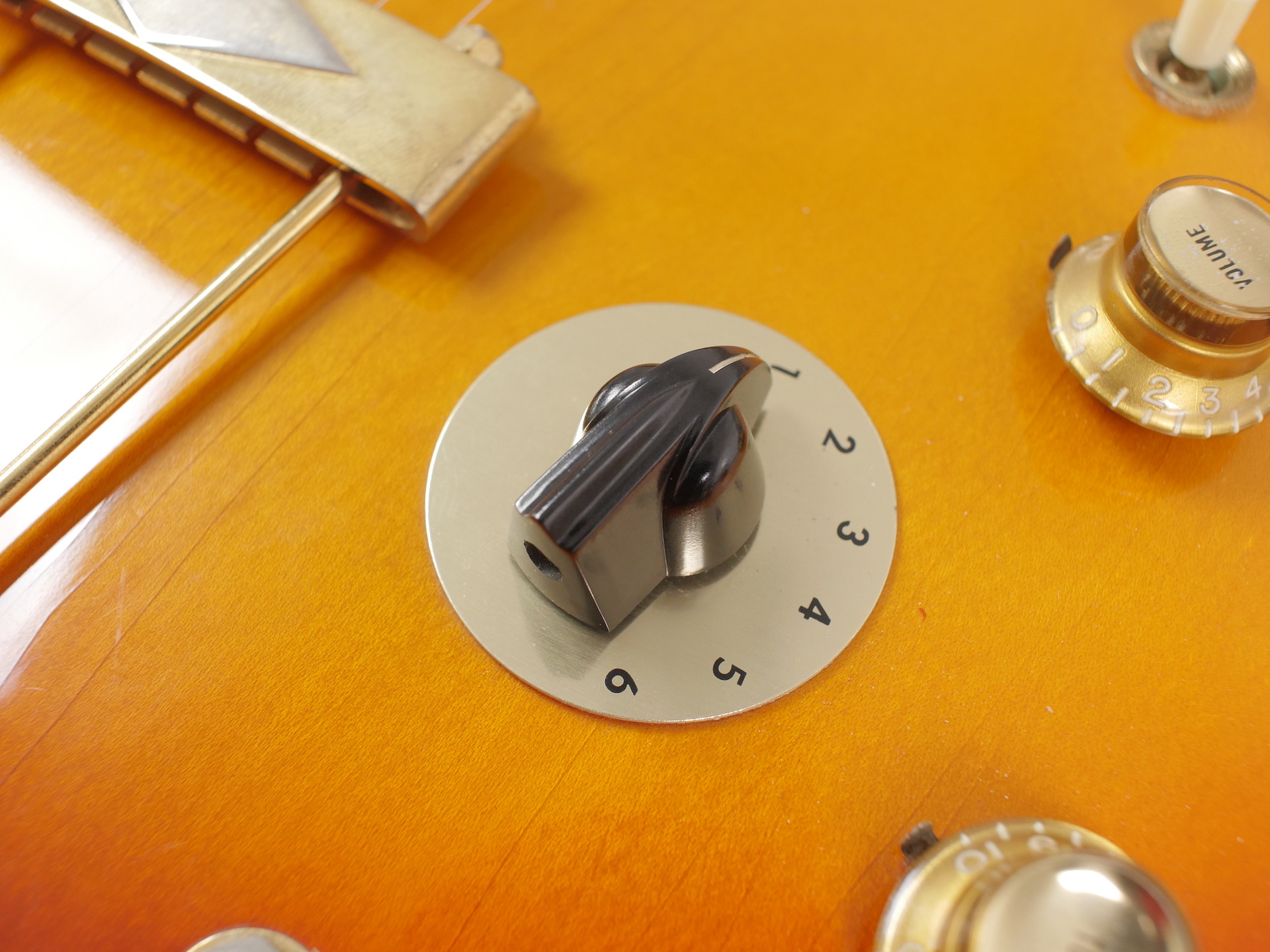 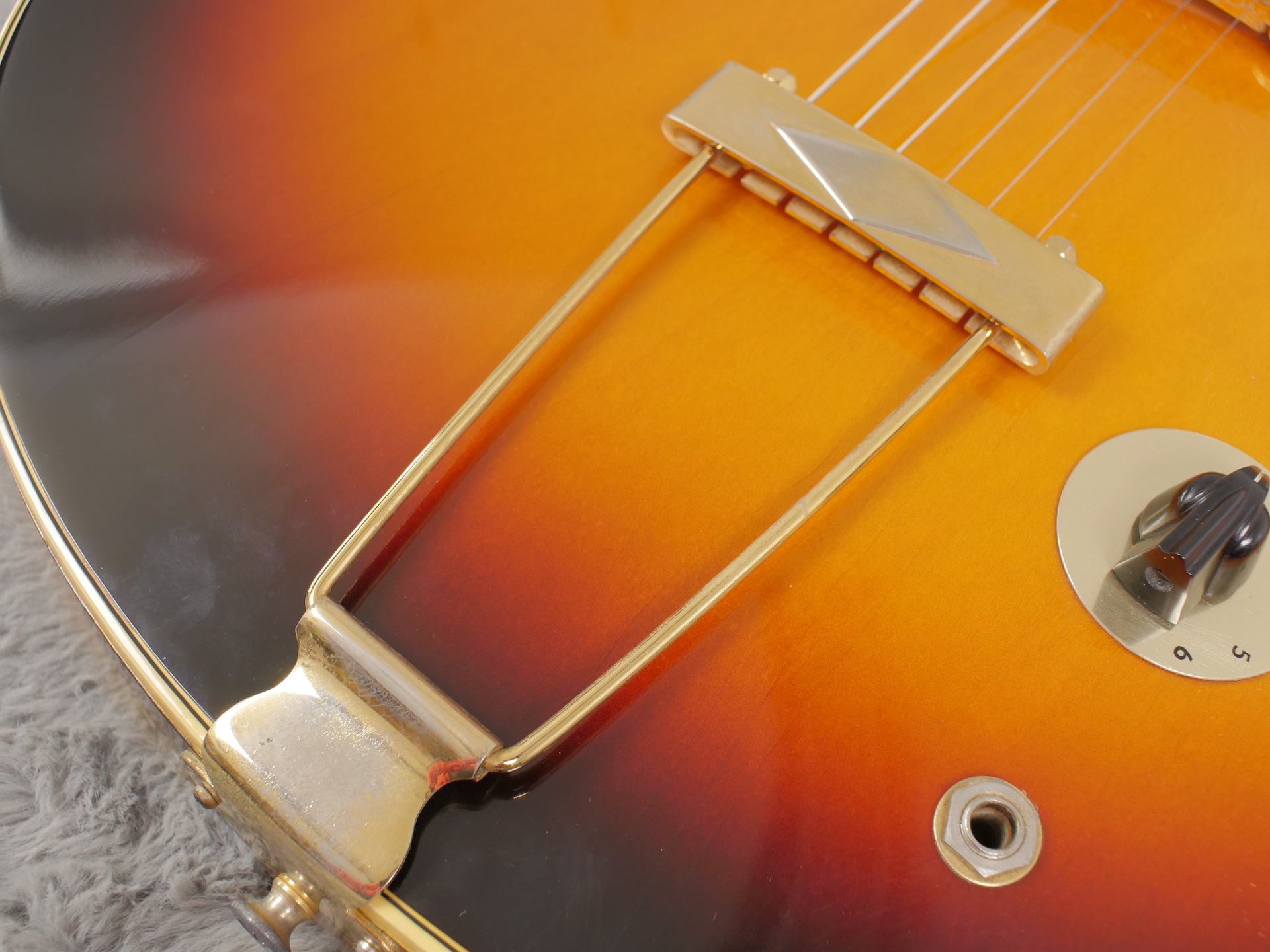 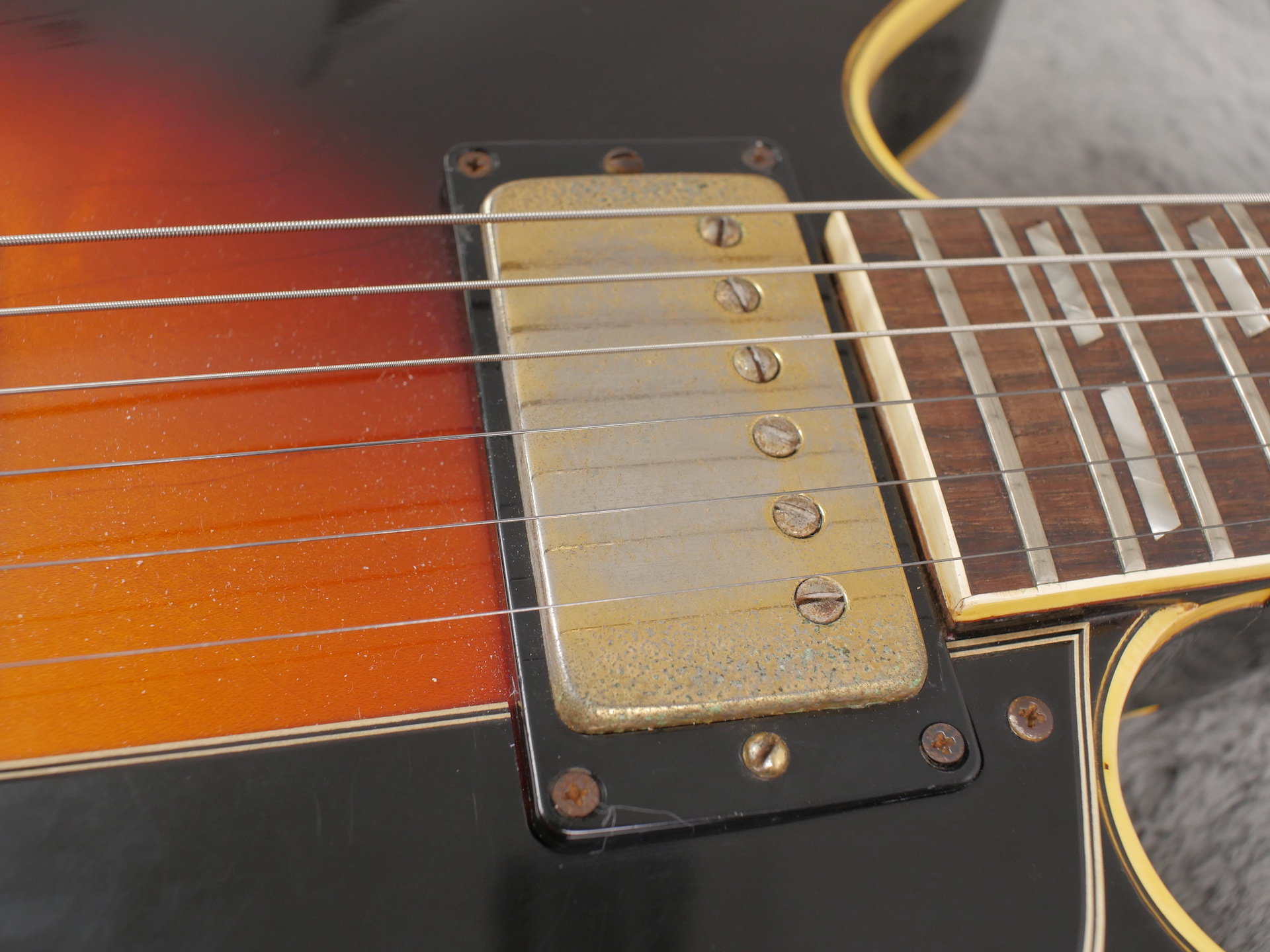 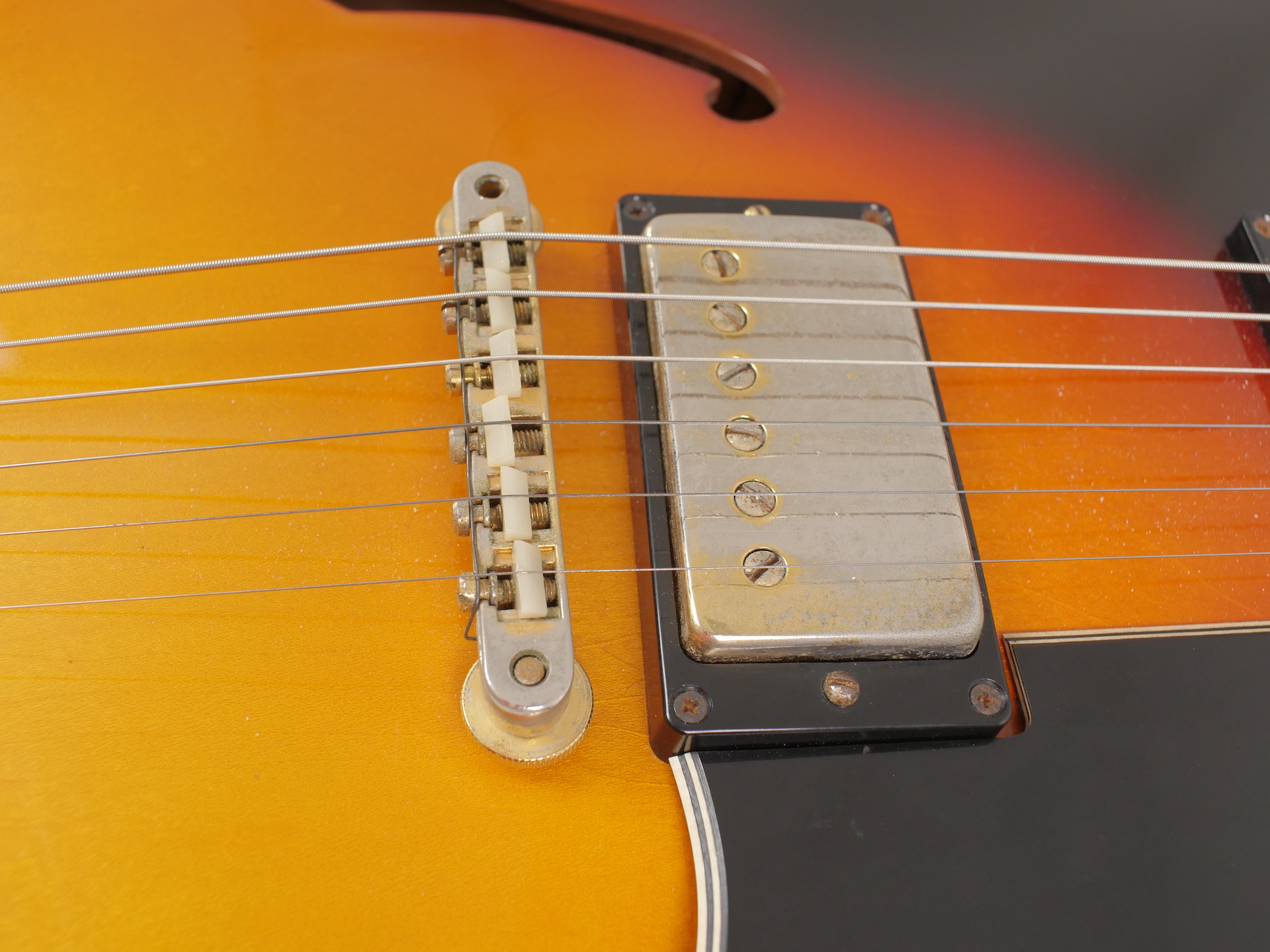 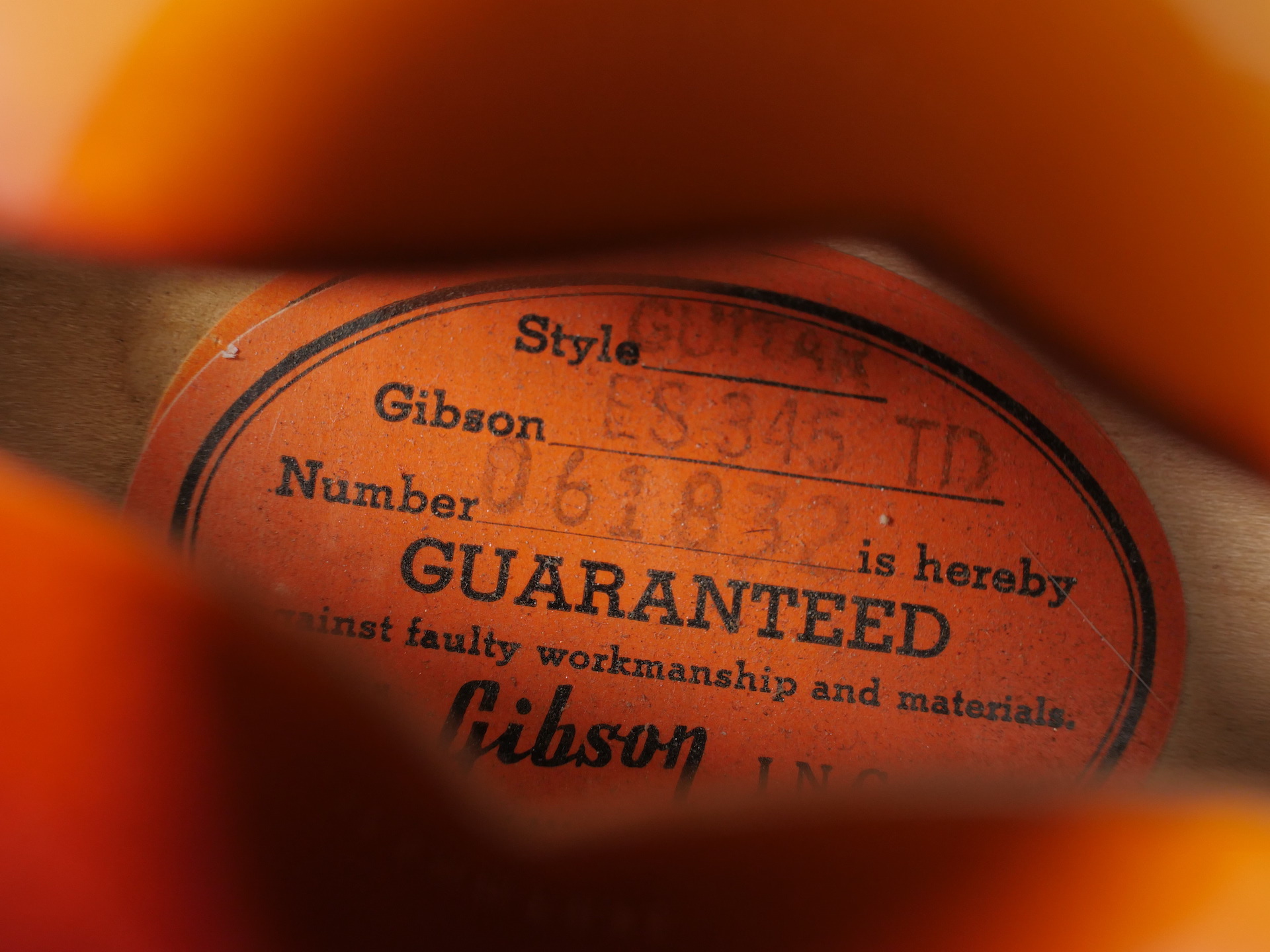