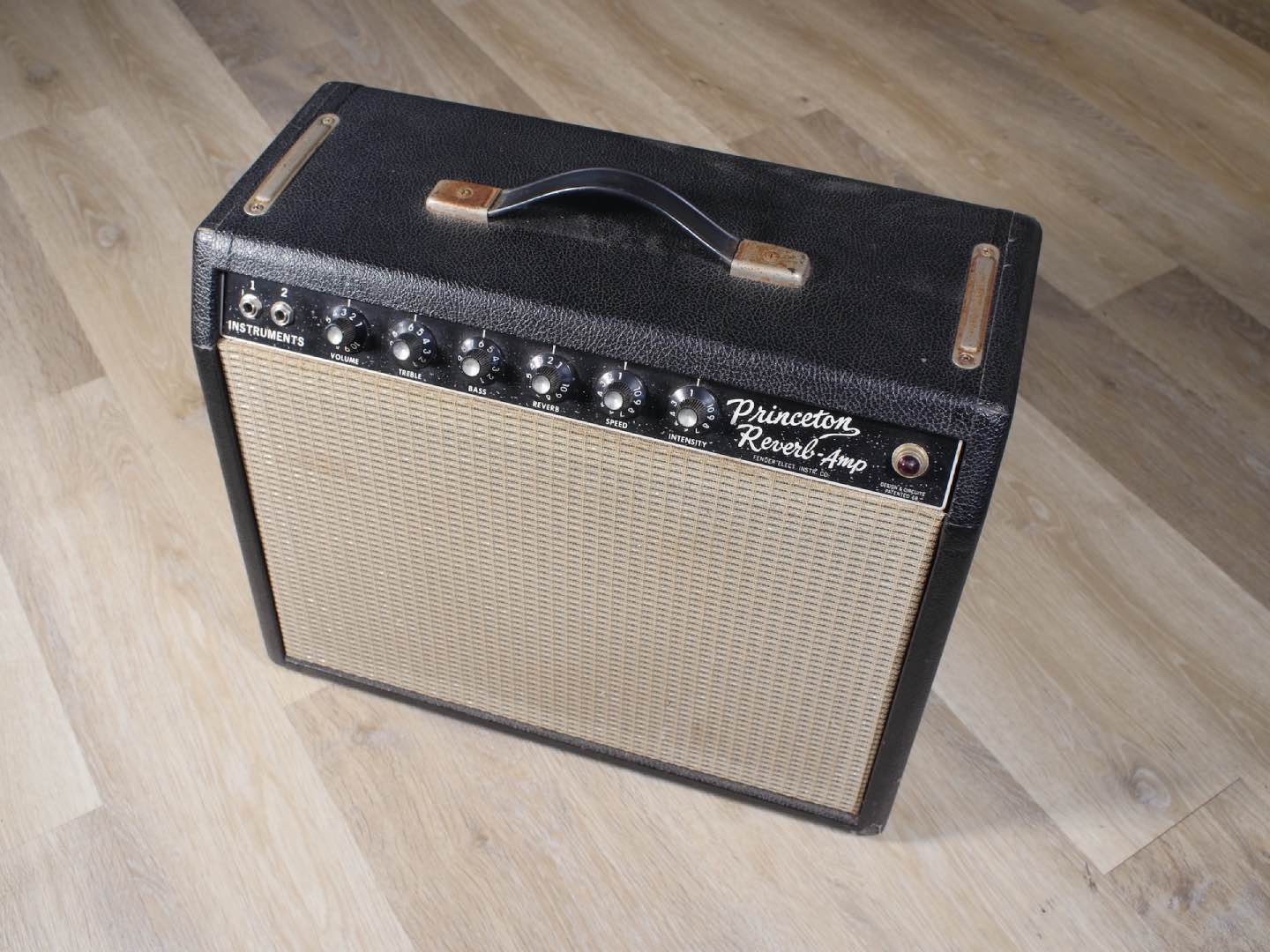 A classic amp for every eventuality and this is an affordable one too...

Dating back to the the K&F days, the Princeton amp has remained a feature of the Fender catalogue right through to the present day. Originally the smallest of the amp line, the Princeton grew to legendary status that far outstretched its initial student monicker and even became the basis of Randall Smith’s foray into amp building. The Princeton Reverb was introduced in 1965 and became a studio favourite.

The example came to us by way of an Australian dealer and has been modified to work on 230v and as such is fitted with a standard uk 3 pin plug.

Cosmetically this amp is in good condition, a few knocks and scratches but the Tolex is intact all over and has escaped any fading. The grill cloth too is intact and fade free. Control face is a little pock marked but can still be read clearly.

The amp has undergone a few repairs and modifications over the years. The Output transformer is still correct but the power transformer has been replaced so the amp can operate at 230v. Some capacitors have been replaced, a common feature as capacitors degrade over time. These have been exchanged for modern examples. elsewhere there is evidence of solder being reflowed.

The speaker is a later example, dated week 14 of 1974. When we received the amp from Australia we found that the original speaker was torn. The reverb tank is correct and works well.

This amp lives up to its reputation. Its plenty loud enough to cope with studio/home or stage use. The tremolo circuit is nice and strong and the reverb adds a fantastic depth to the sound. It breaks up nicely whilst retaining that Fender clarity. A truly inspiring amp.

We don’t often sell amps but we find these are always popular and this one with its player friendly mods is surely a must for anyone looking to add one of these amps to their arsenal. 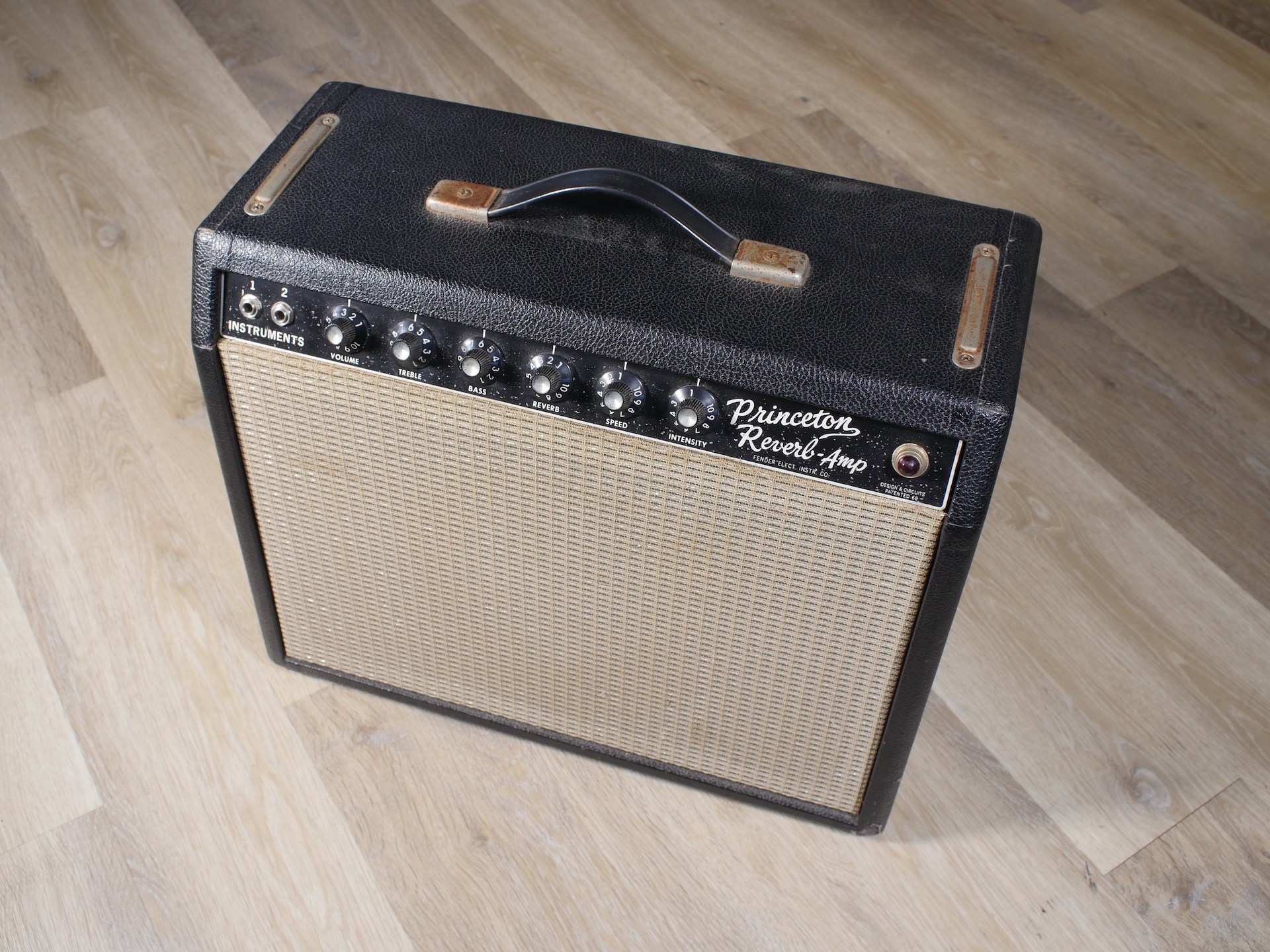 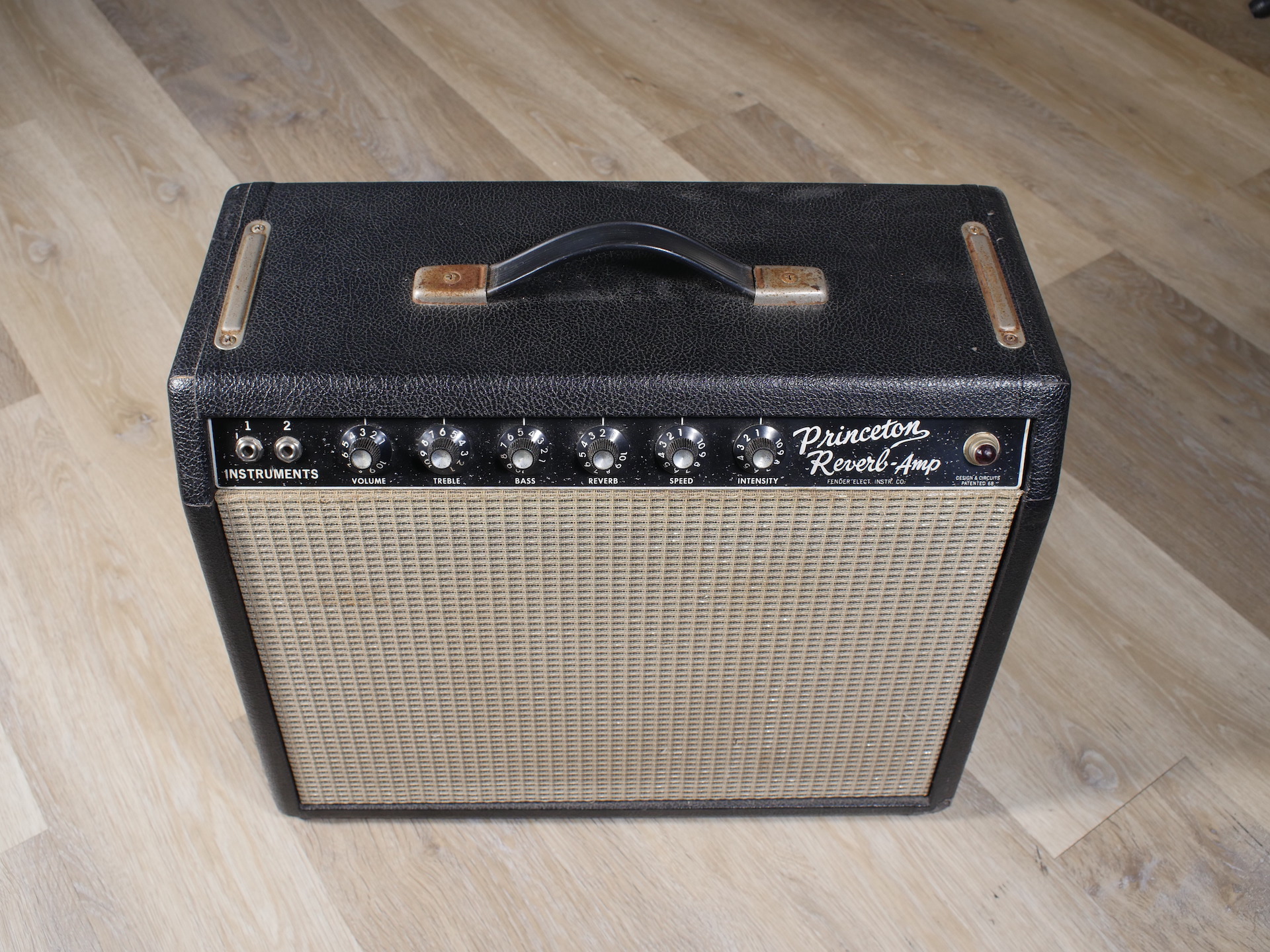 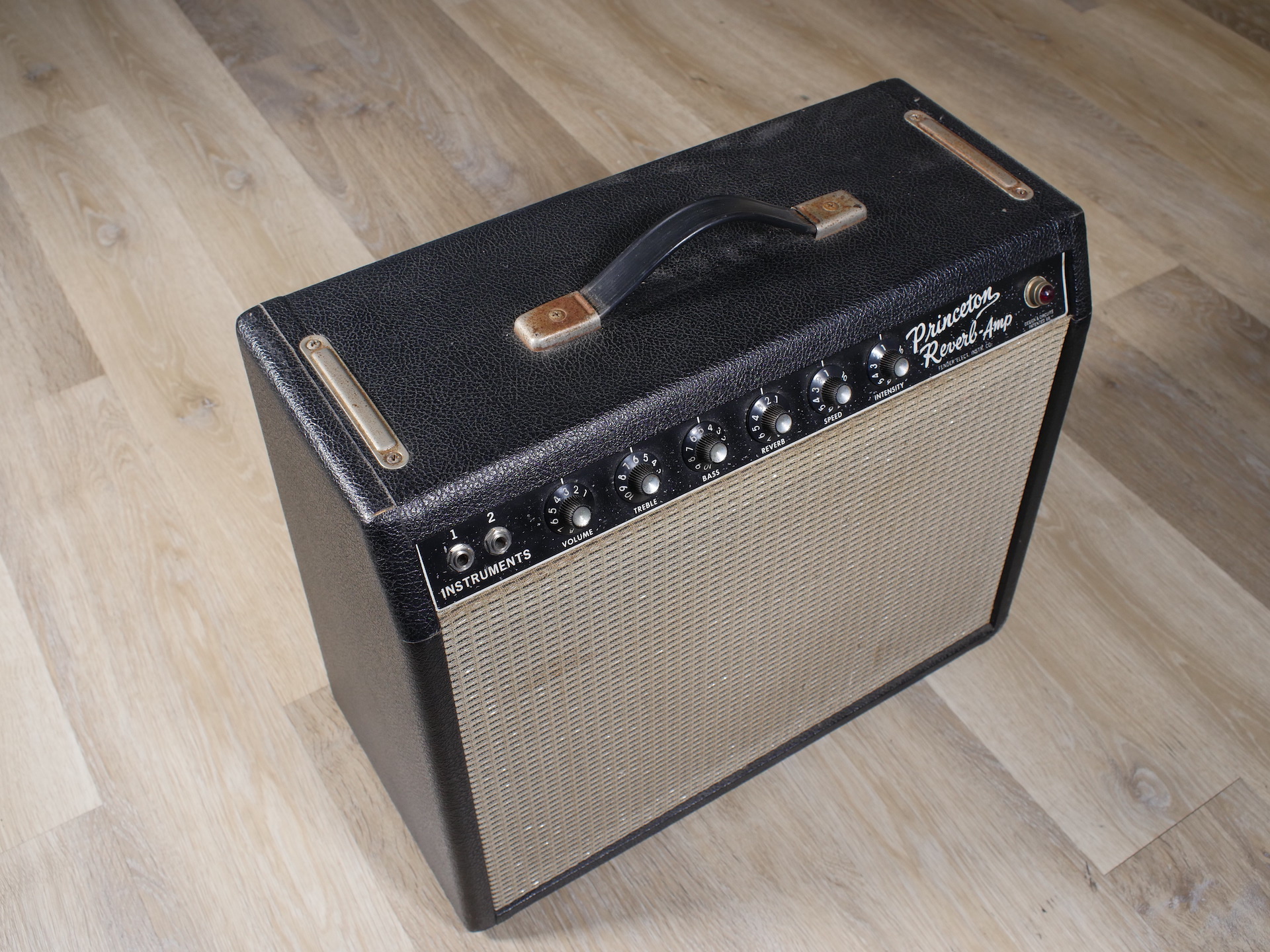 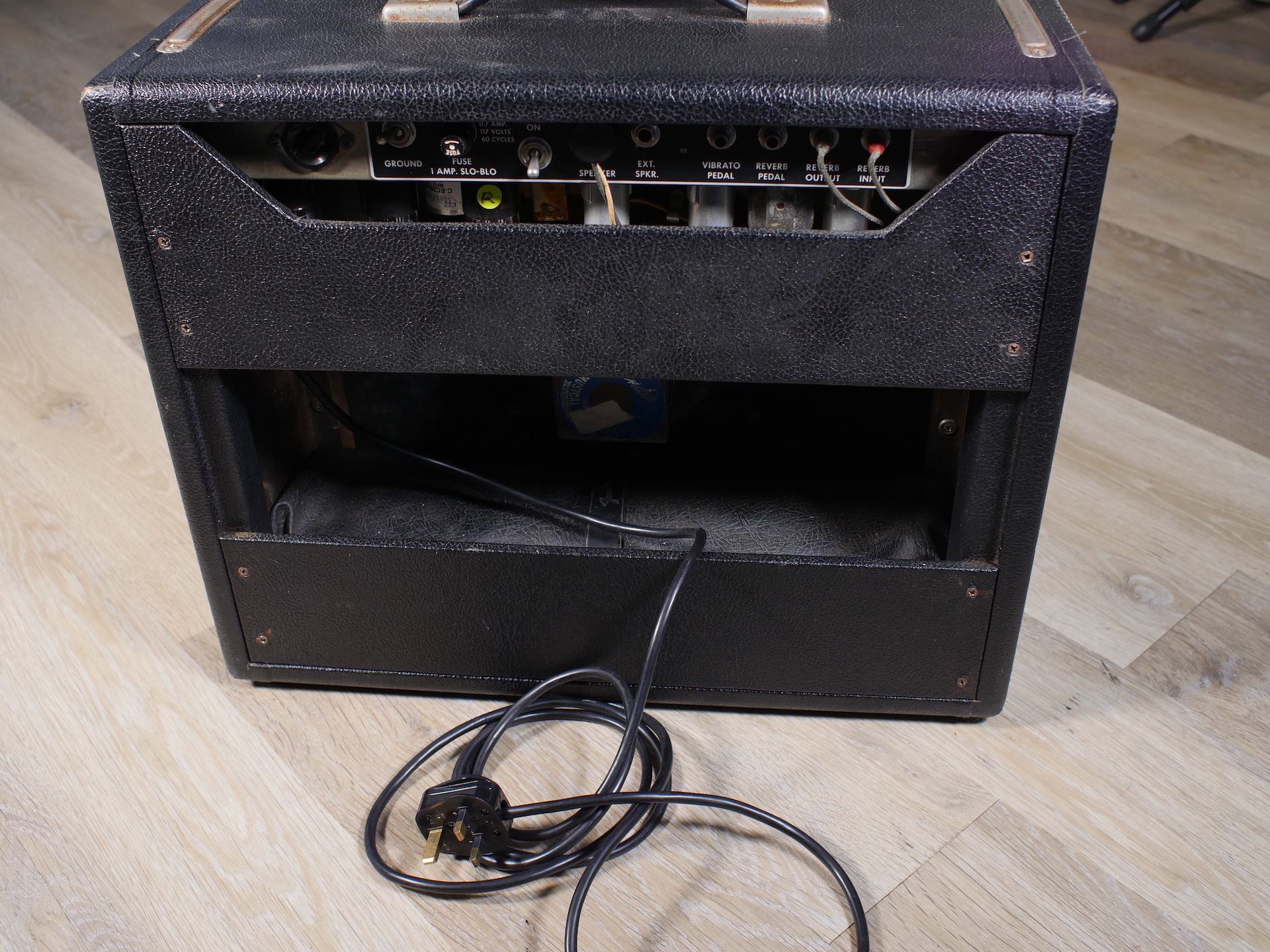 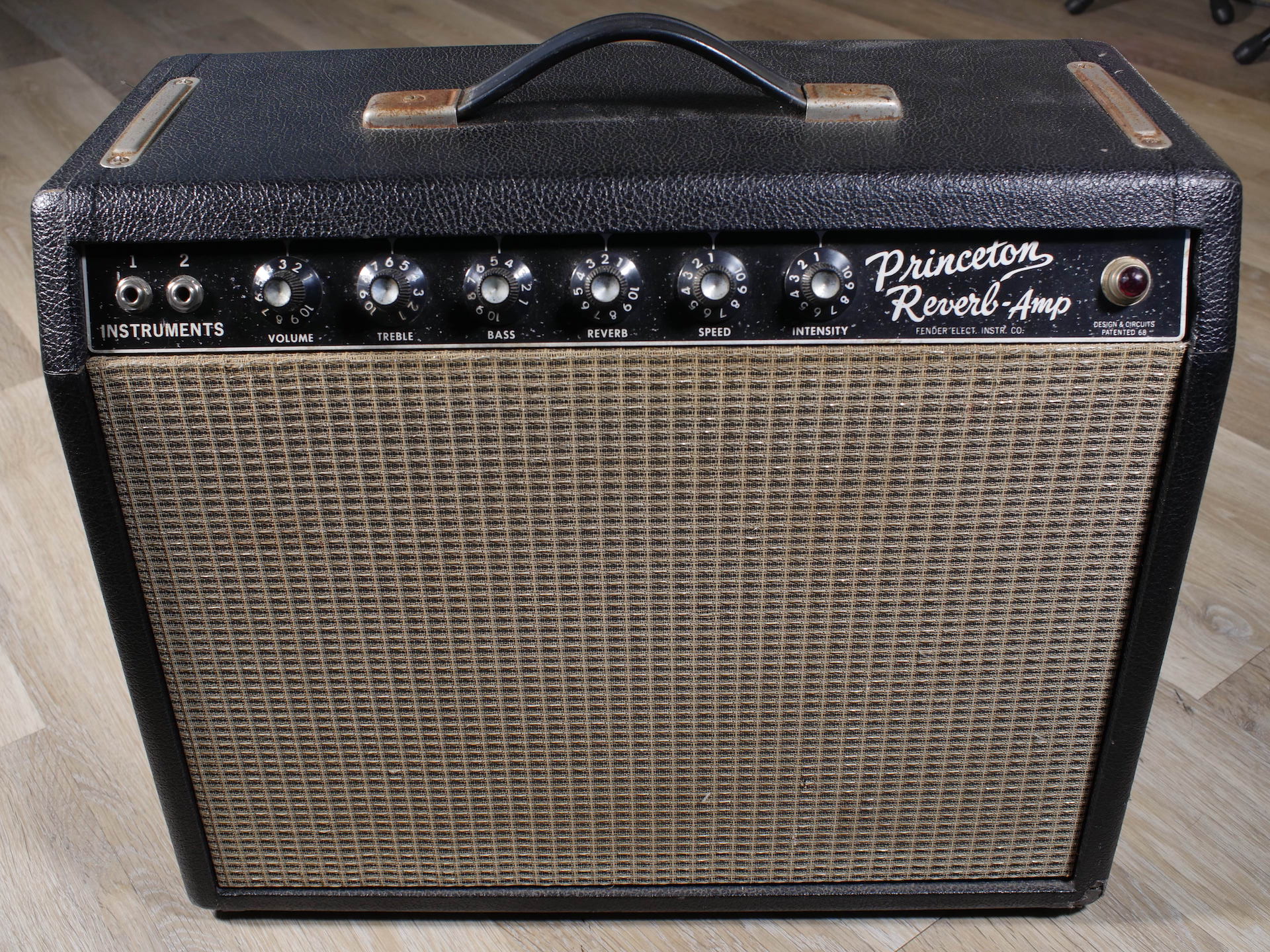 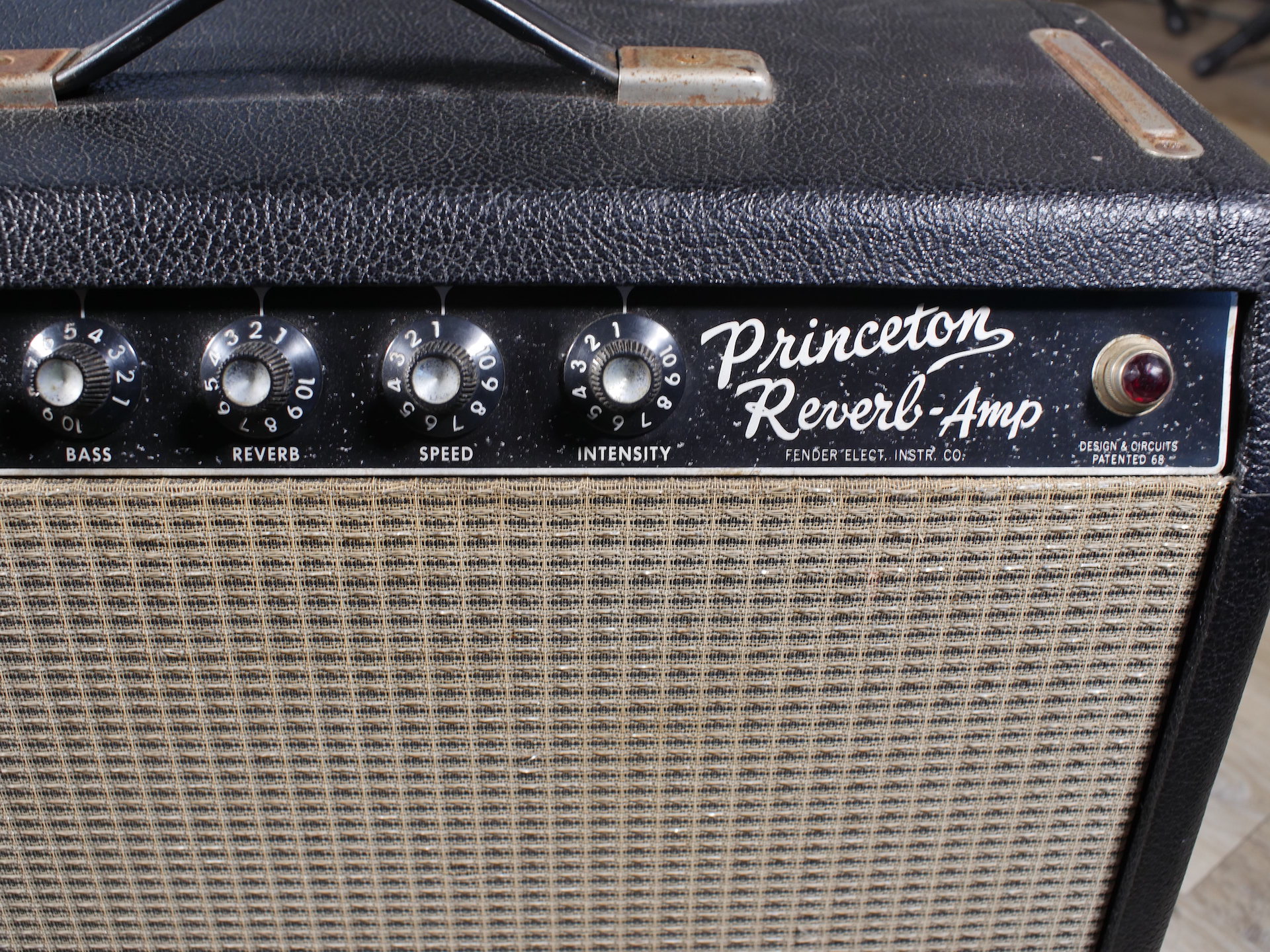 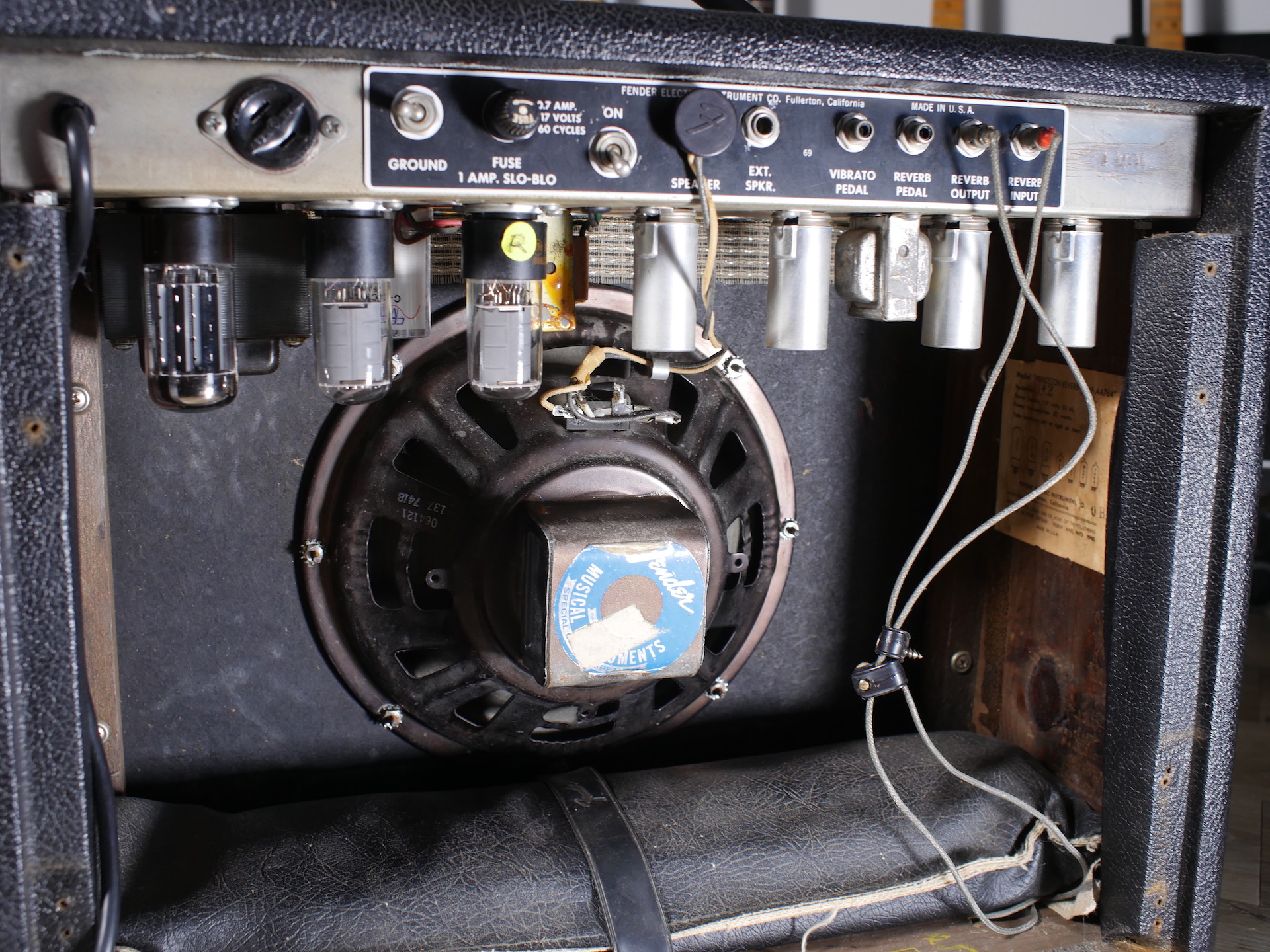 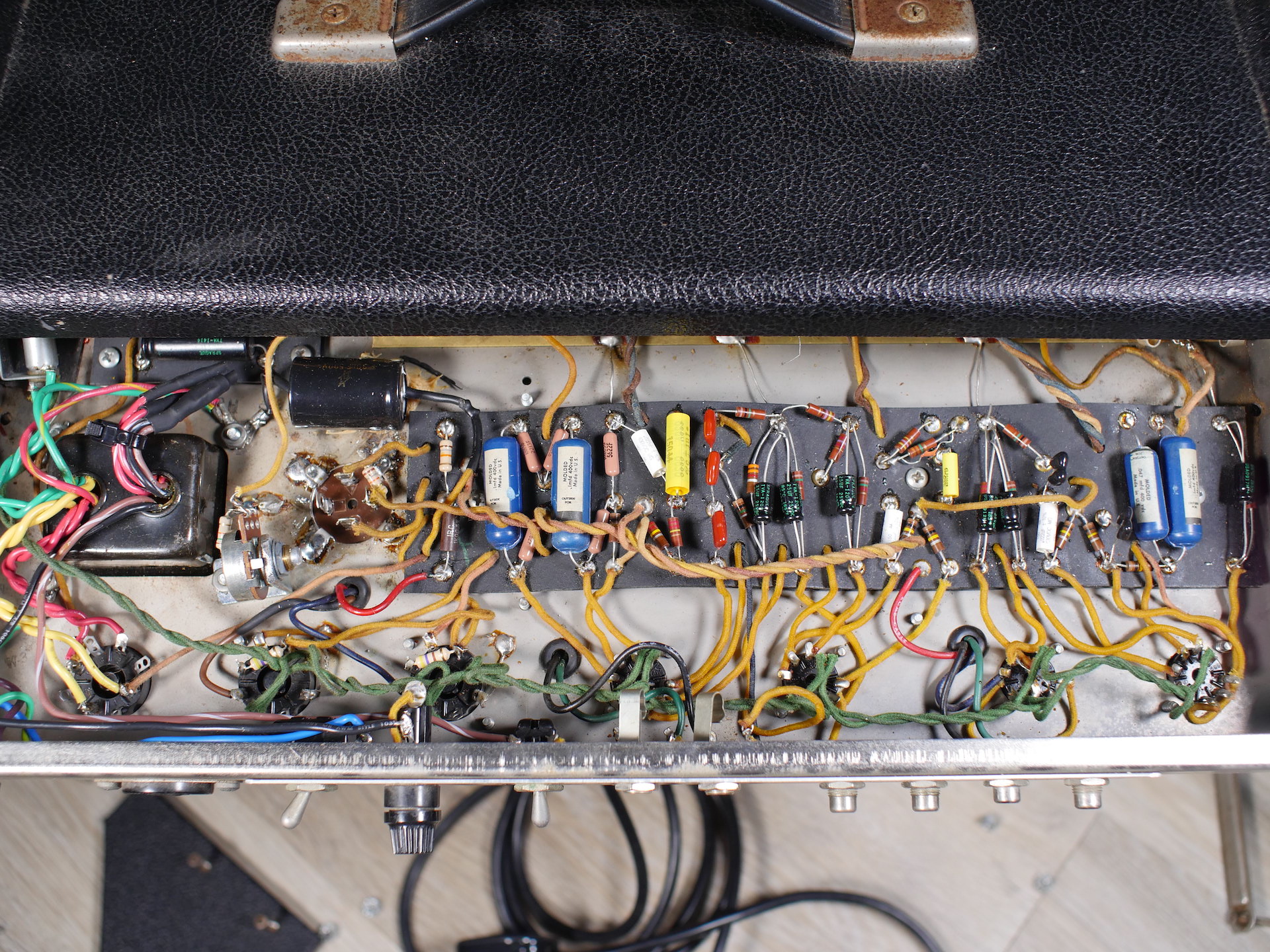 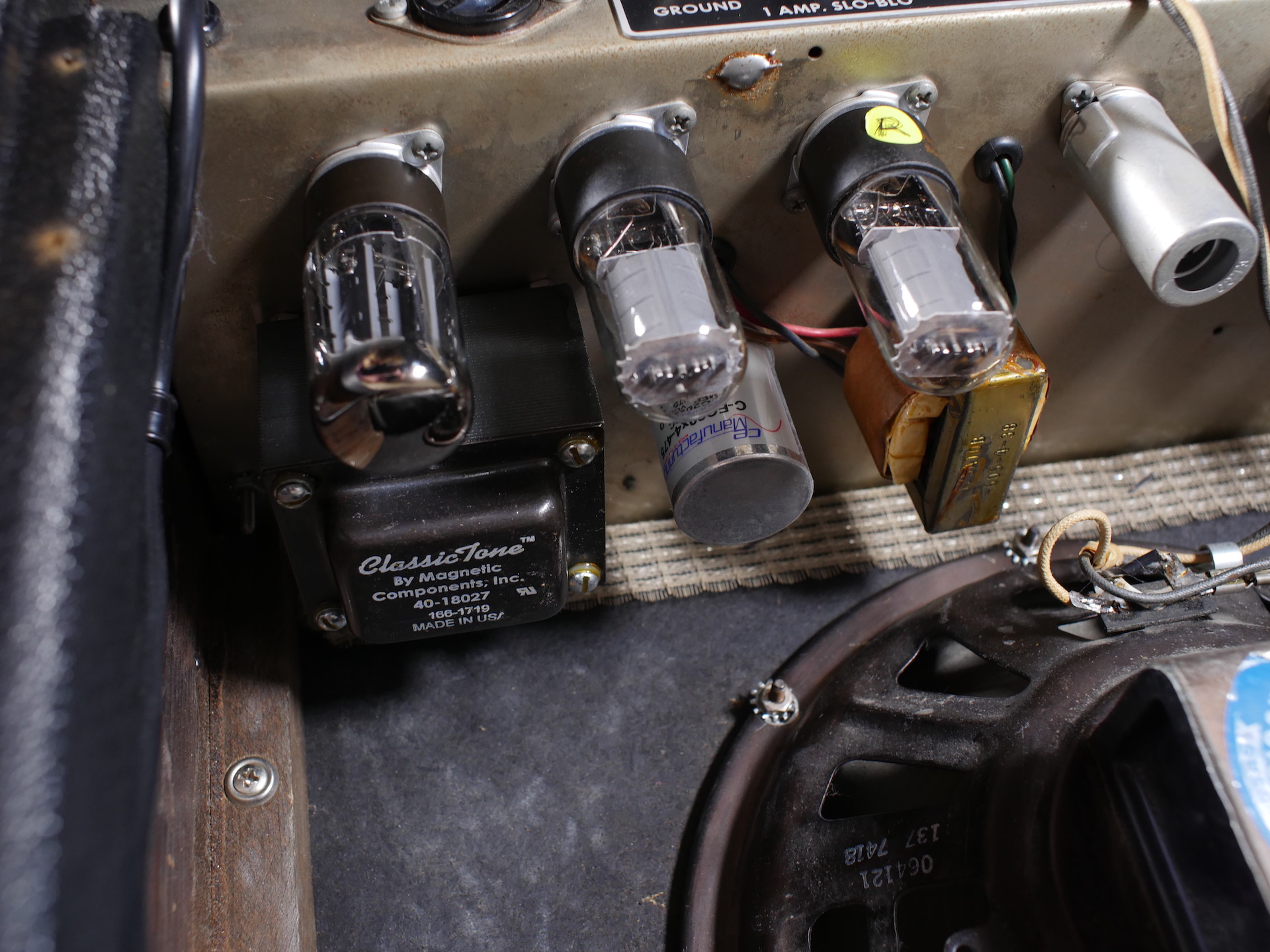 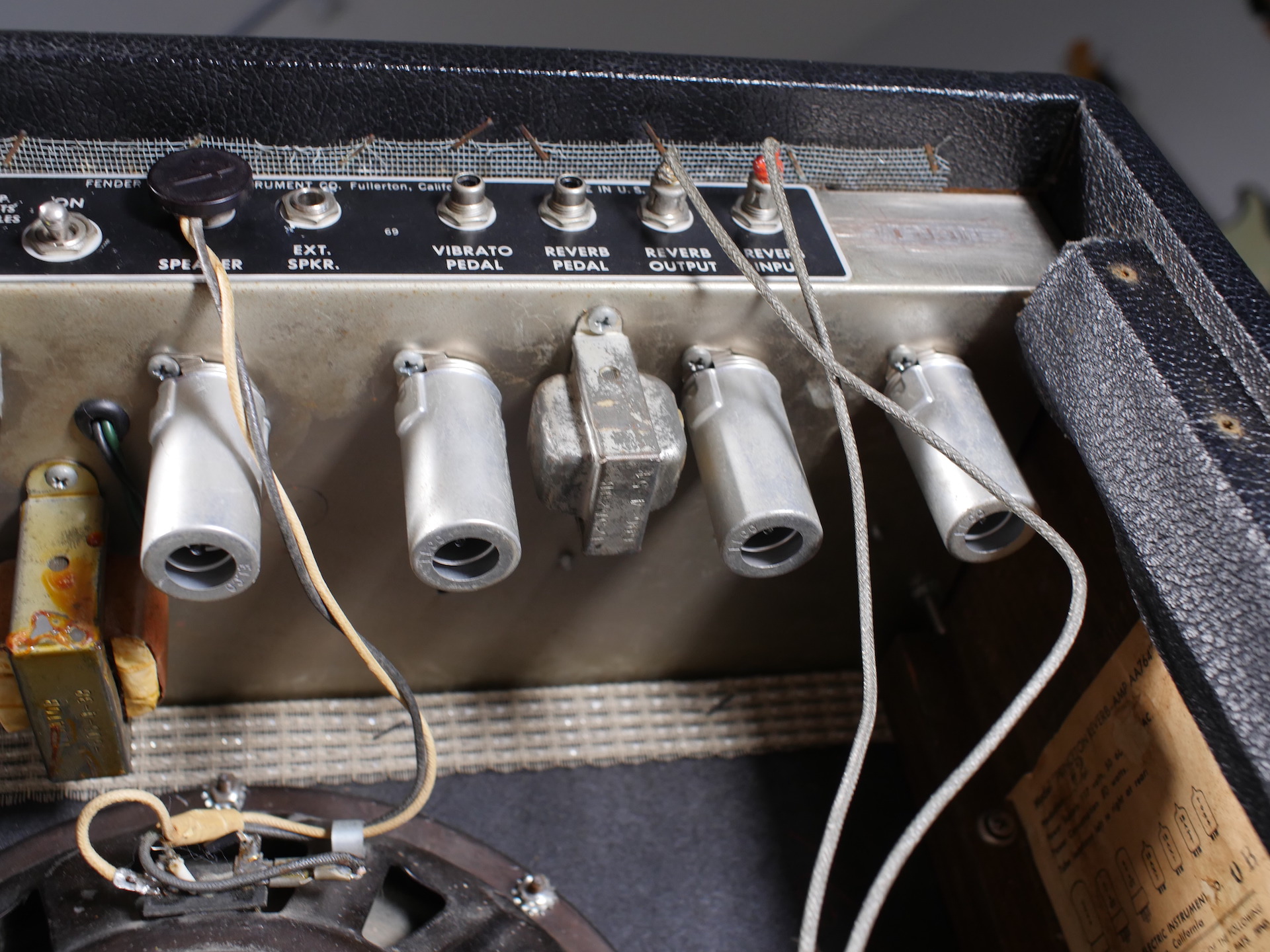