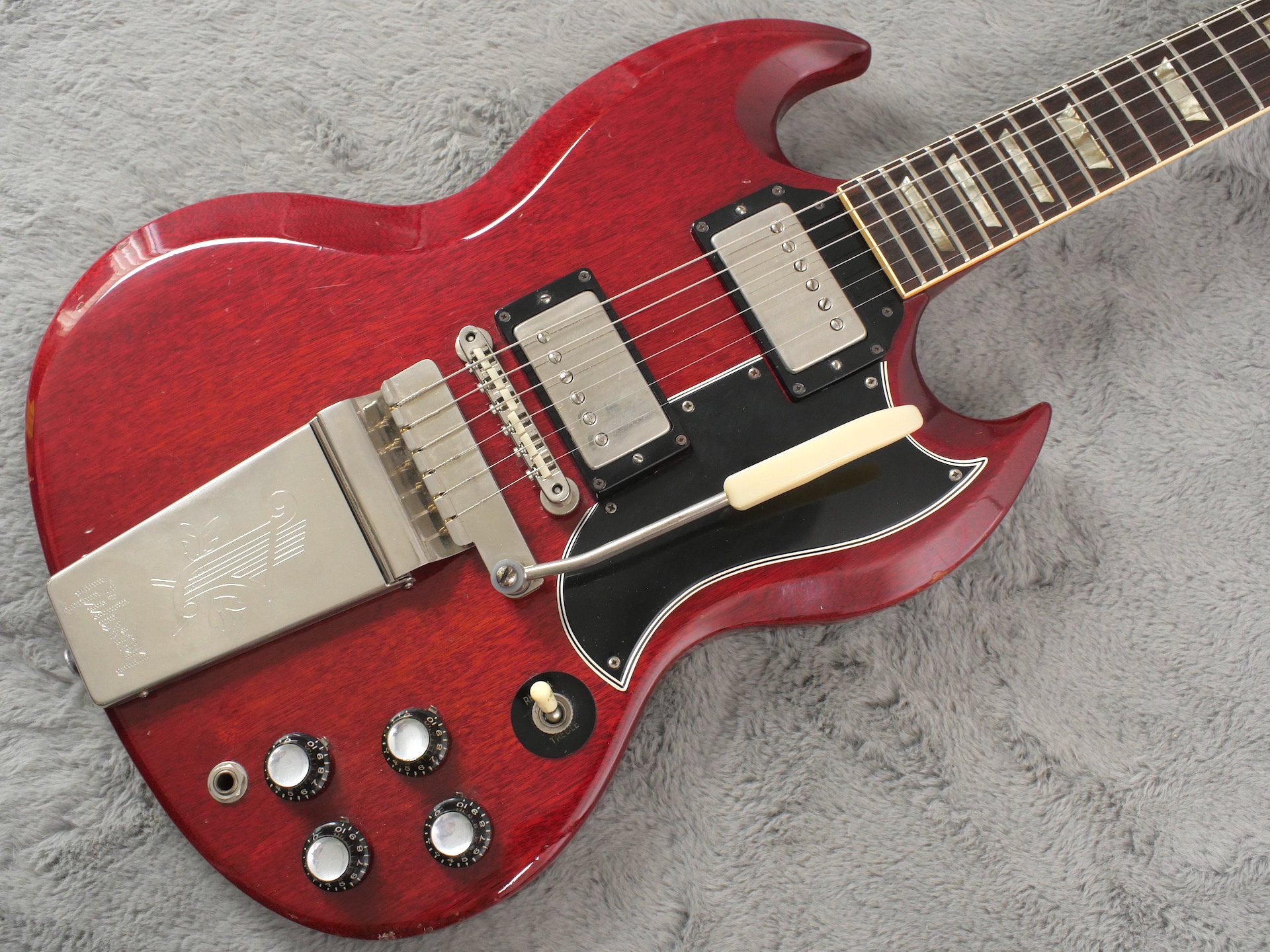 Another stunning and all 100% original classic year, 1964 Gibson SG with zero issues. These issue free 64 SG's with no stress cracks or any other funny business are getting hard to find...

The last one sold pretty quick so here’s another - None more cherry, here is the 1964 Gibson SG Standard with all the classic Harrison spec you could wish for.

Designed to take on the Fender Stratocaster with a lighter body and a different feeling neck, the modified Les Paul came into being in 1960/61 to be quickly excommunicated by its namesake and received the monicker SG (solid guitar) by 1963. By this period, there had been some design improvements. The neck tenon was improved making the guitar more stable and less prone to breaks and the sideways vibrato was replaced with the ‘Lyre’ version which worked far better. Many consider this to be the best version of the guitar.

This guitar is a quite the stunner. The body is in very nice shape and the top has retained a good cherry colour. There are a few dings here and there but nothing too serious at all (take a look at the pics in the gallery). Another point of note is the mahogany grain which is showcased so wonderfully here. The back does have a little clearcoat worming but this hasn’t broken through the finish and it does have, like the front of the body, the occasional ding here and there. Its always nice to see a cherry finished Gibson where the colour of the front and the back match.

The neck, like the body, has a few minor dings and dongs but again retains it wonderful cherry hue with some light fading and showcases the stunning mahogany grain. The fretboard shows no signs of wear and the frets have pretty much zero wear.

The all nickel parts look very good with maybe a very little dulling. The tuners are the easier 1964 single line, double ring Klusons, the lyre tremolo looks good and works so well. The plastics are in great shape. Electronically nothing has been changed and all the solder joints are untouched and the pickups are un-molested with both covers having never been taken off.

The guitar comes with its correct black hardshell case with orange lining, which just like the guitar is also in pretty nice condition.

As soon as you pick this guitar up you realise why 1964 was such a good year for Gibson. The profile of the neck is so instantly comfortable, quite a way from the wide narrow feel of earlier models. Tonally, the SG really brings quite a unique perspective on the twin humbucker combination. The smoothness of the neck pickup with the bite of the bridge and never too woofy. Like any Gibson from this period and earlier, there is such a scope to the sound, a notion that was lost with later incarnations from the venerable manufacturer.

If you’re searching for an SG for the collection then you cannot go wrong with this one. If it was good enough for George, good enough for Eric then surely it should be for you! 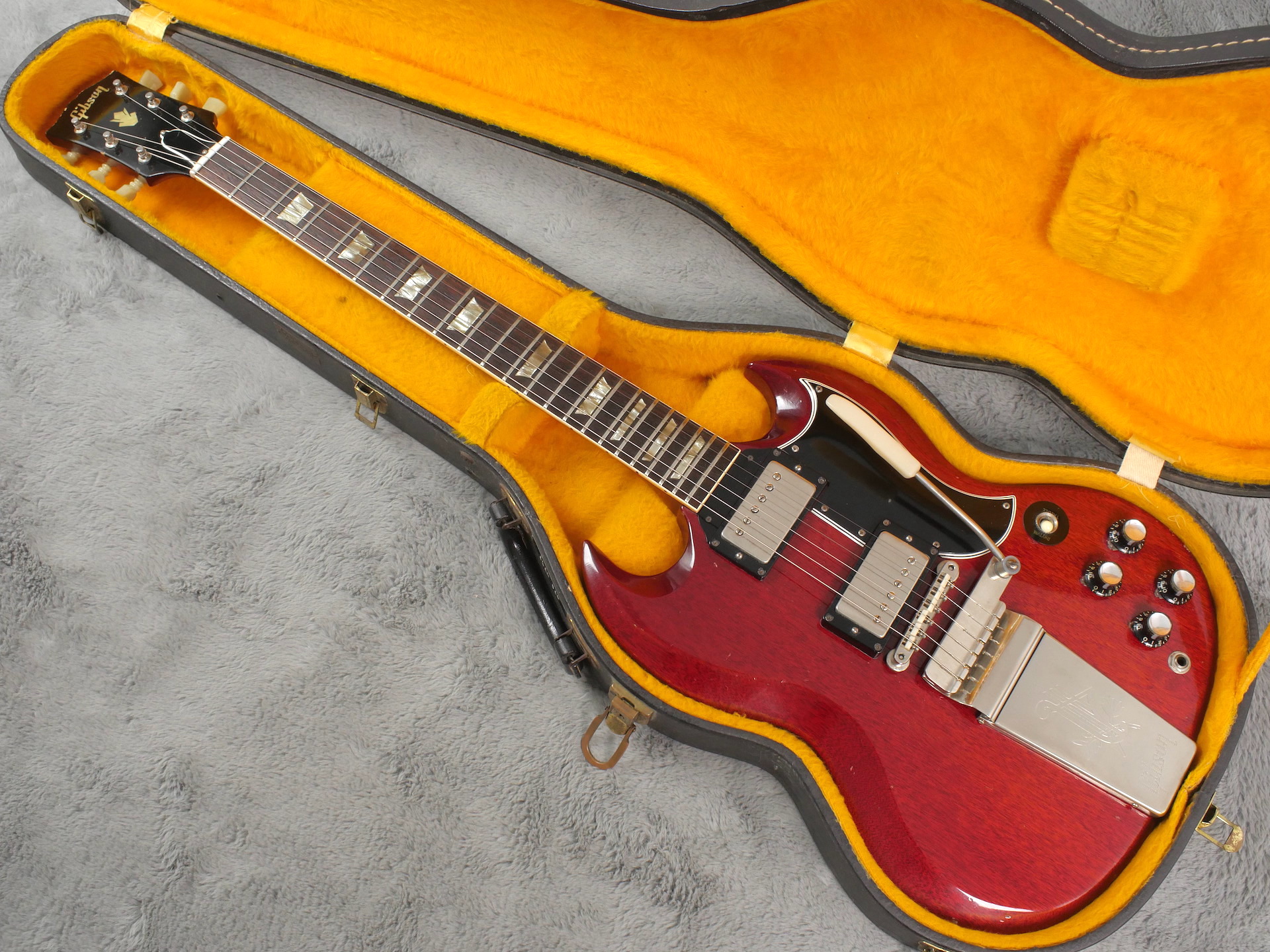 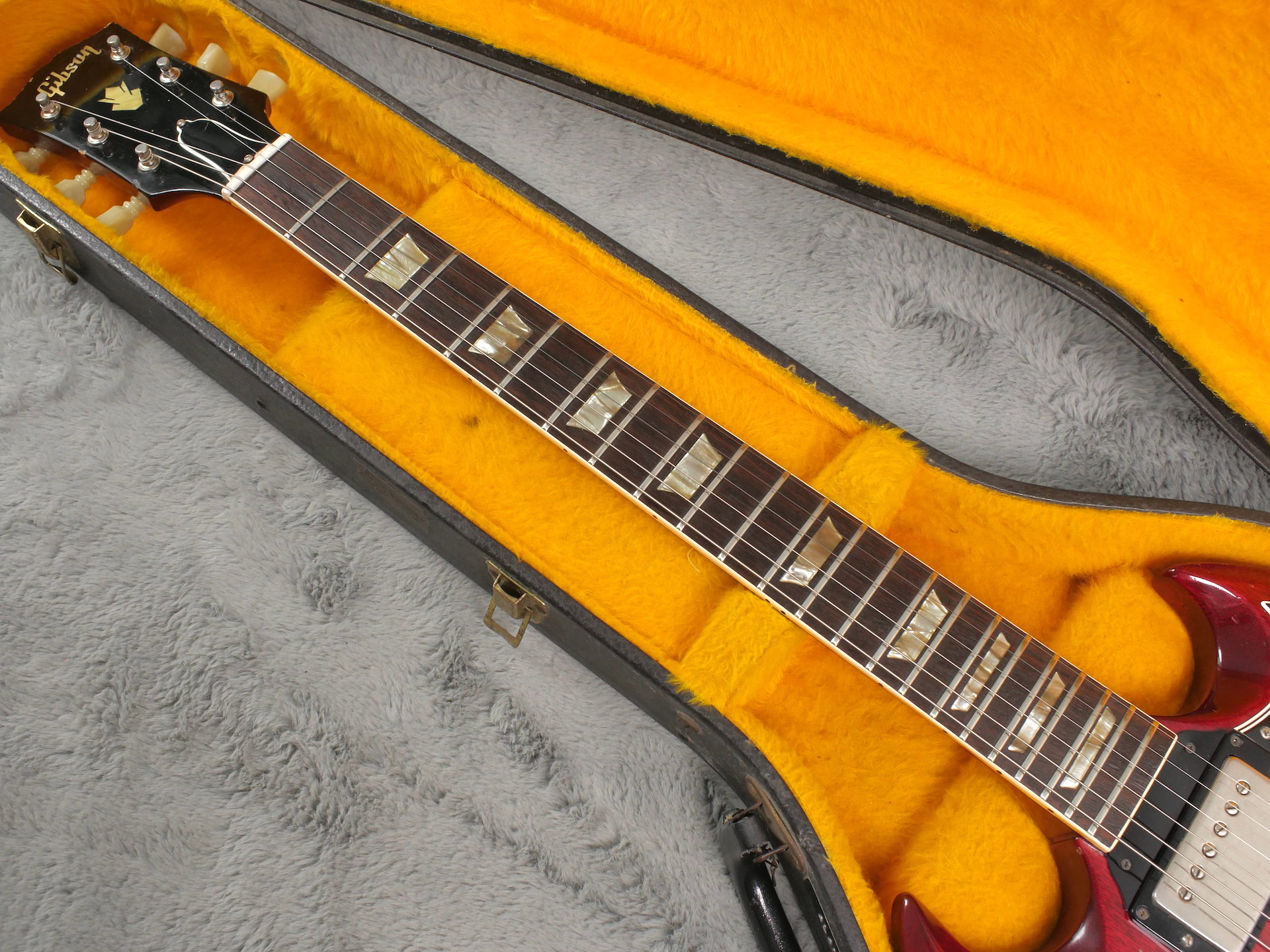 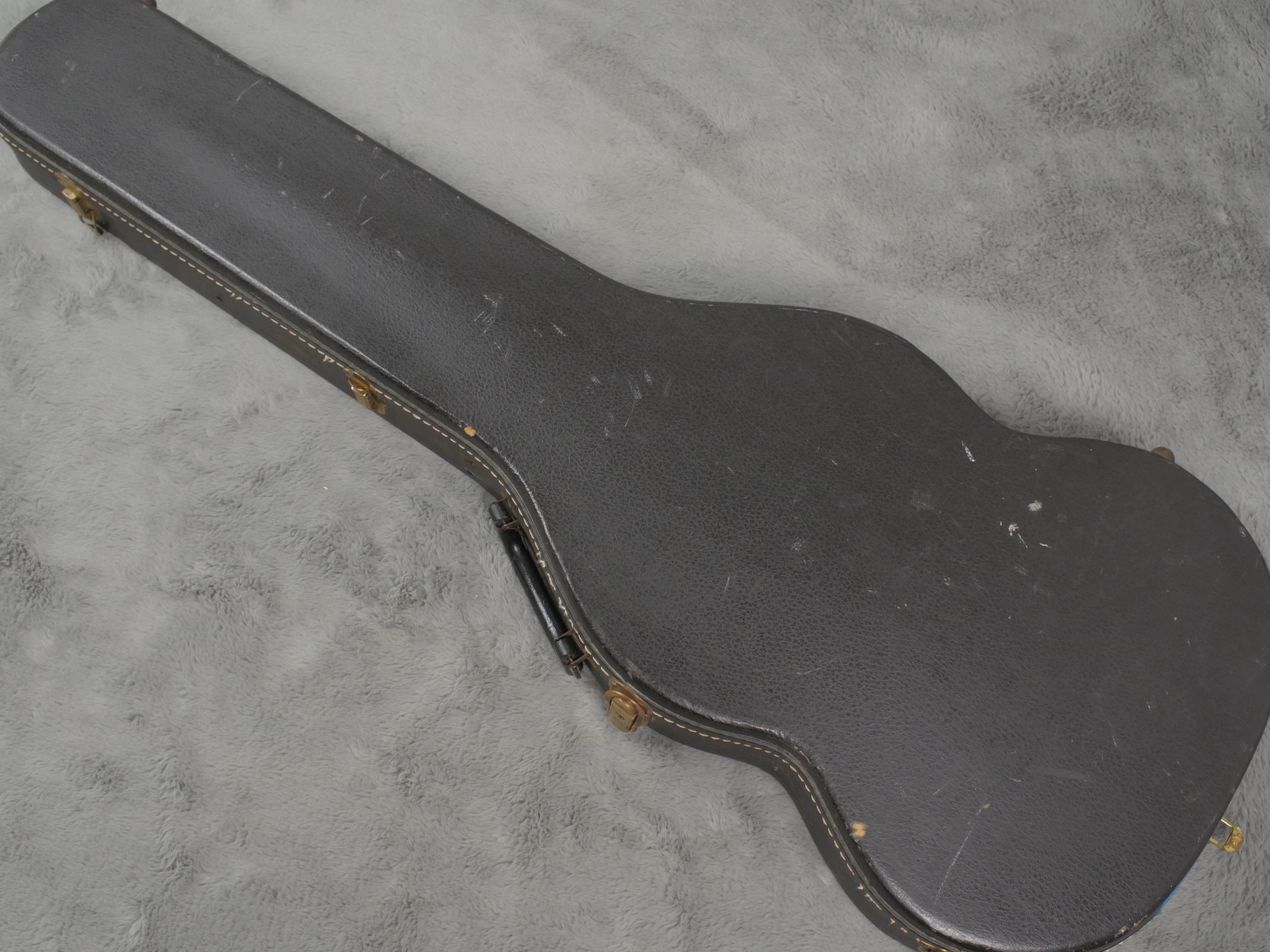 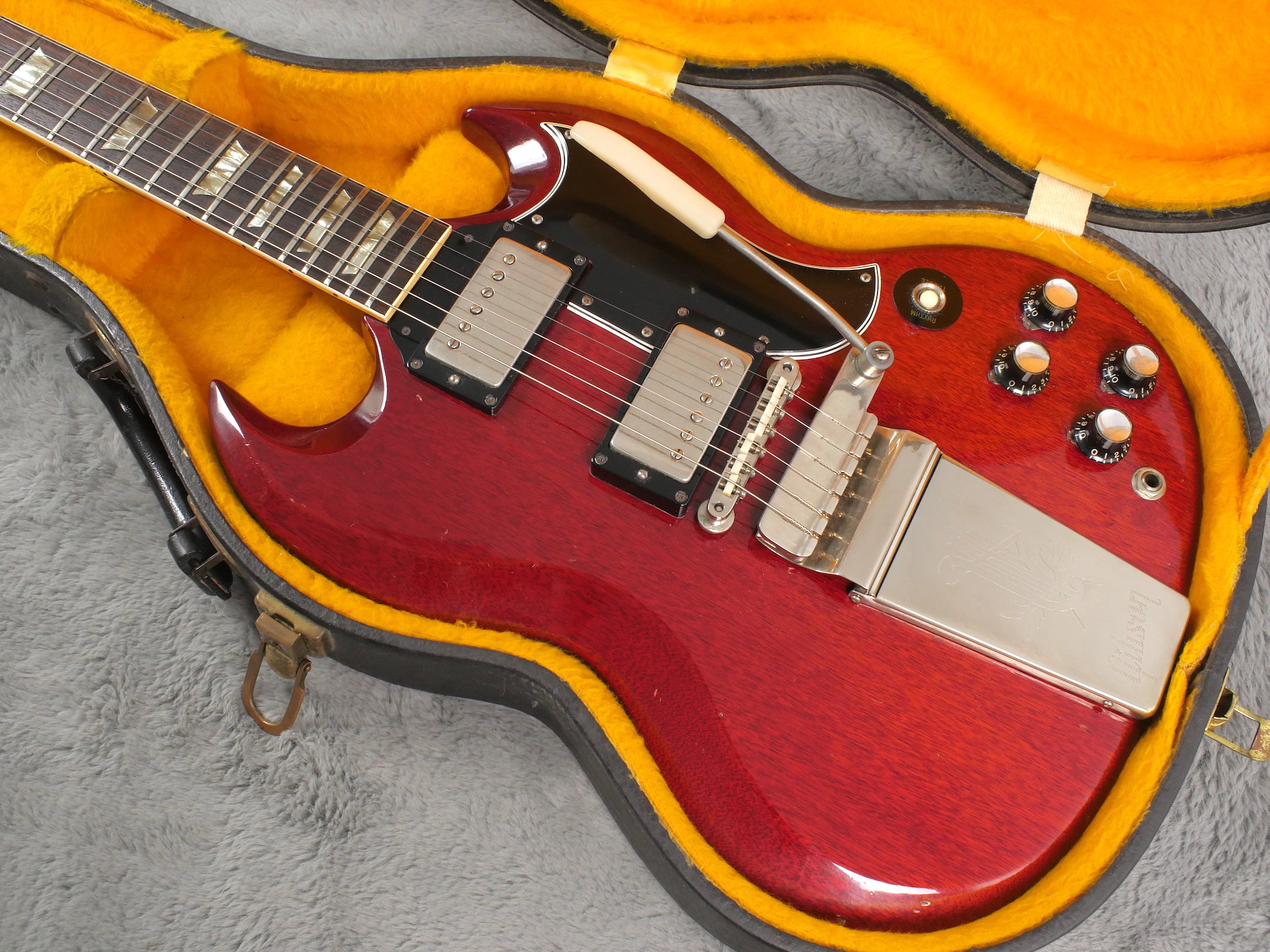 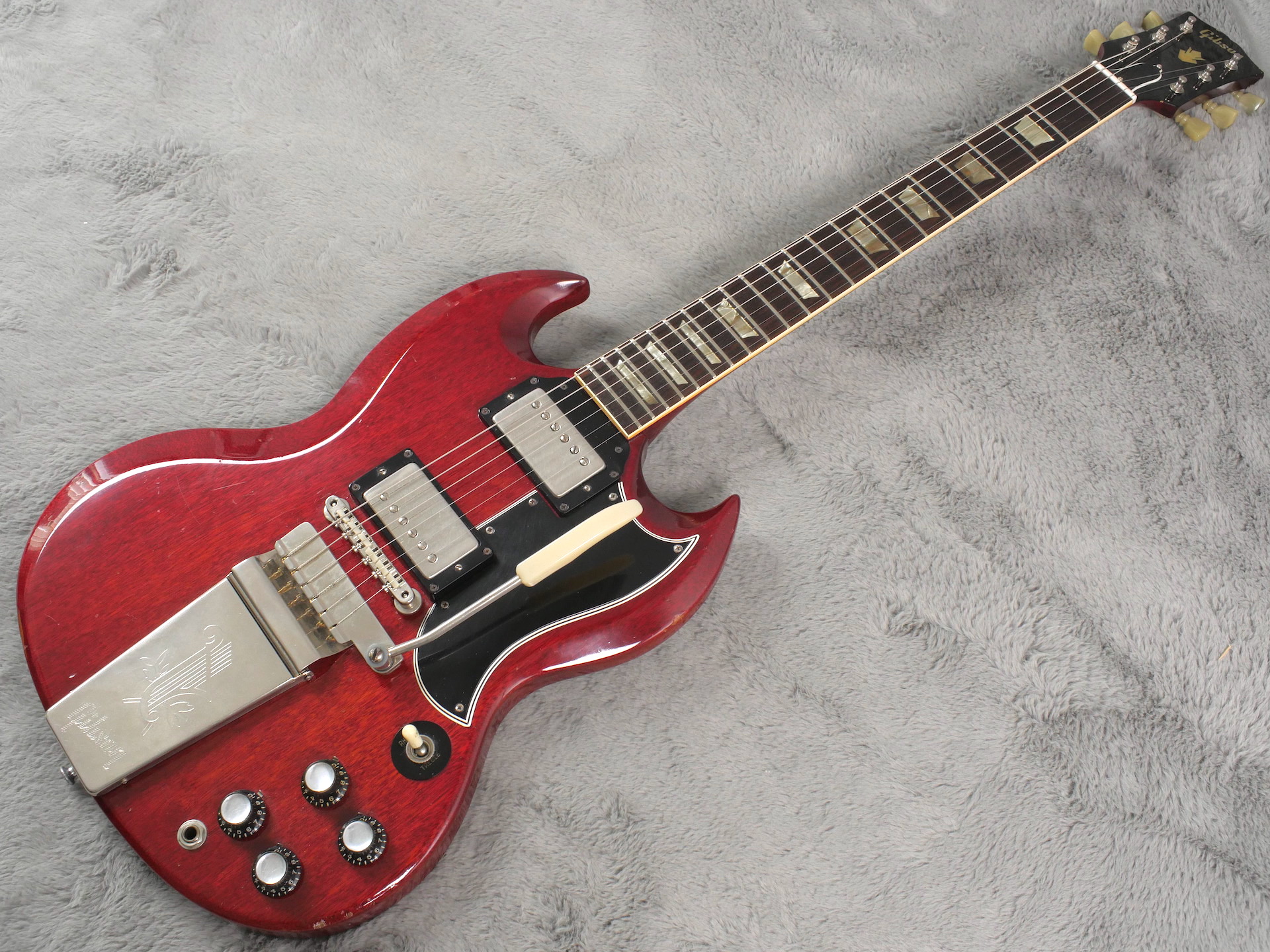 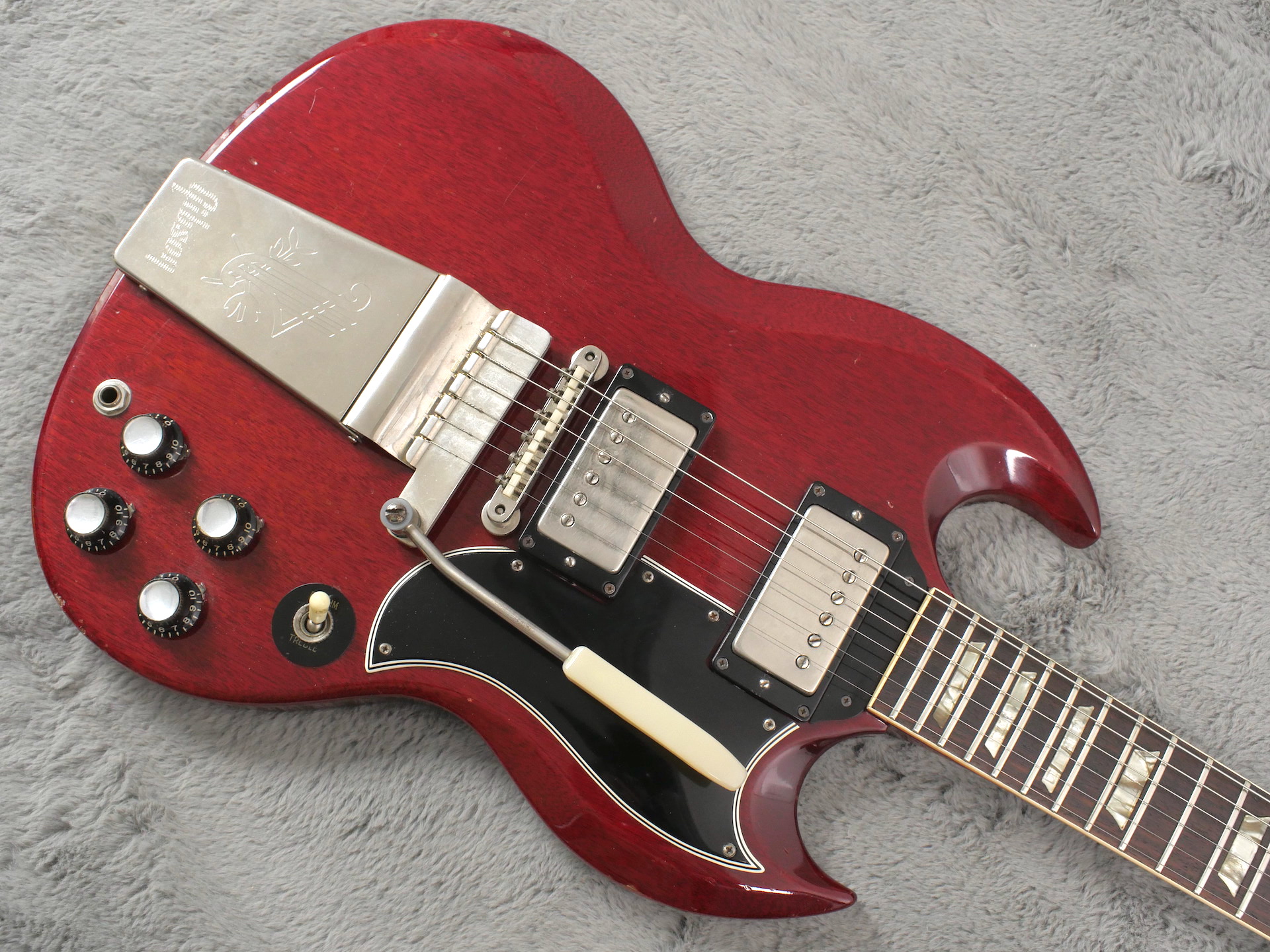 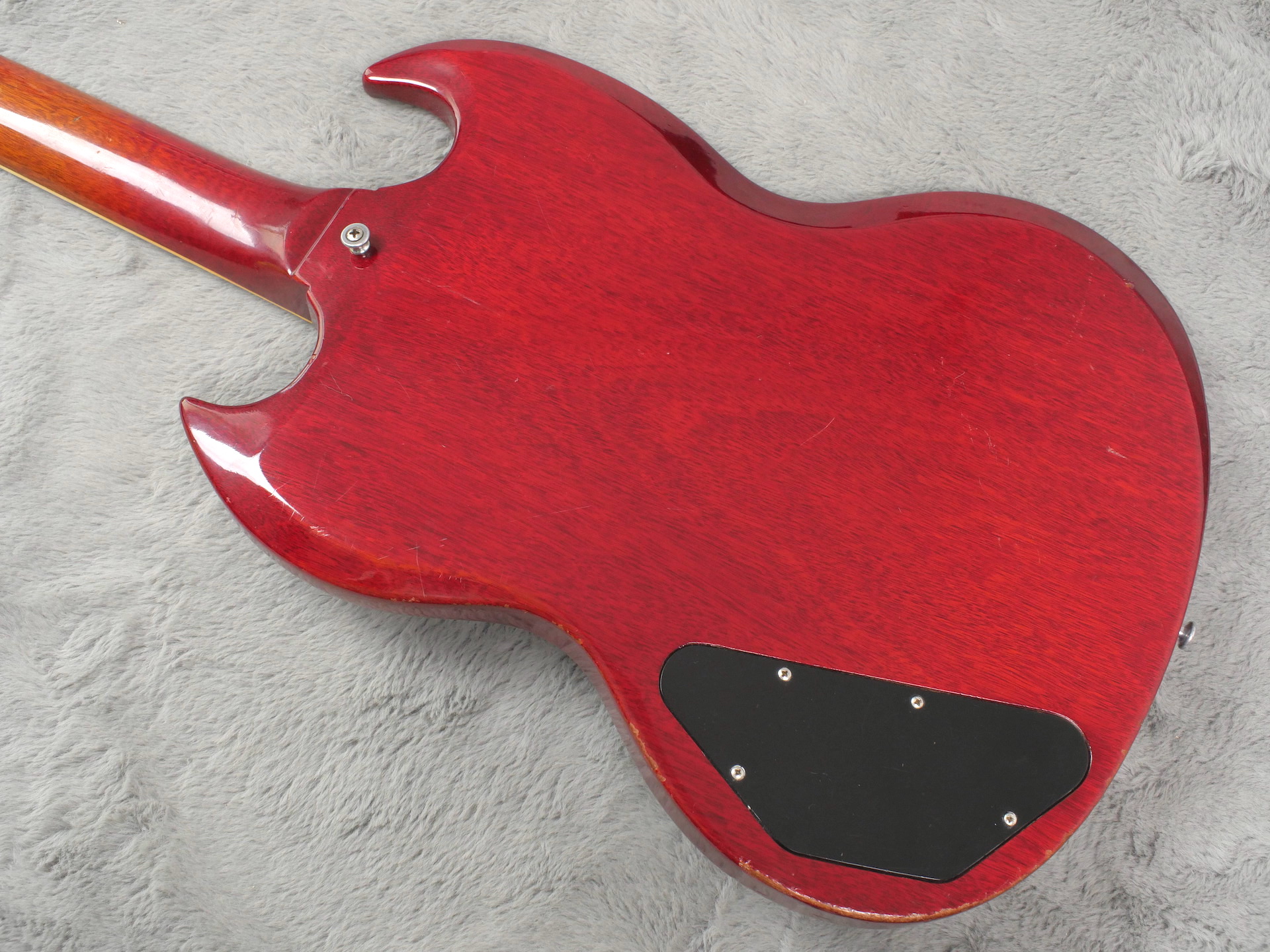 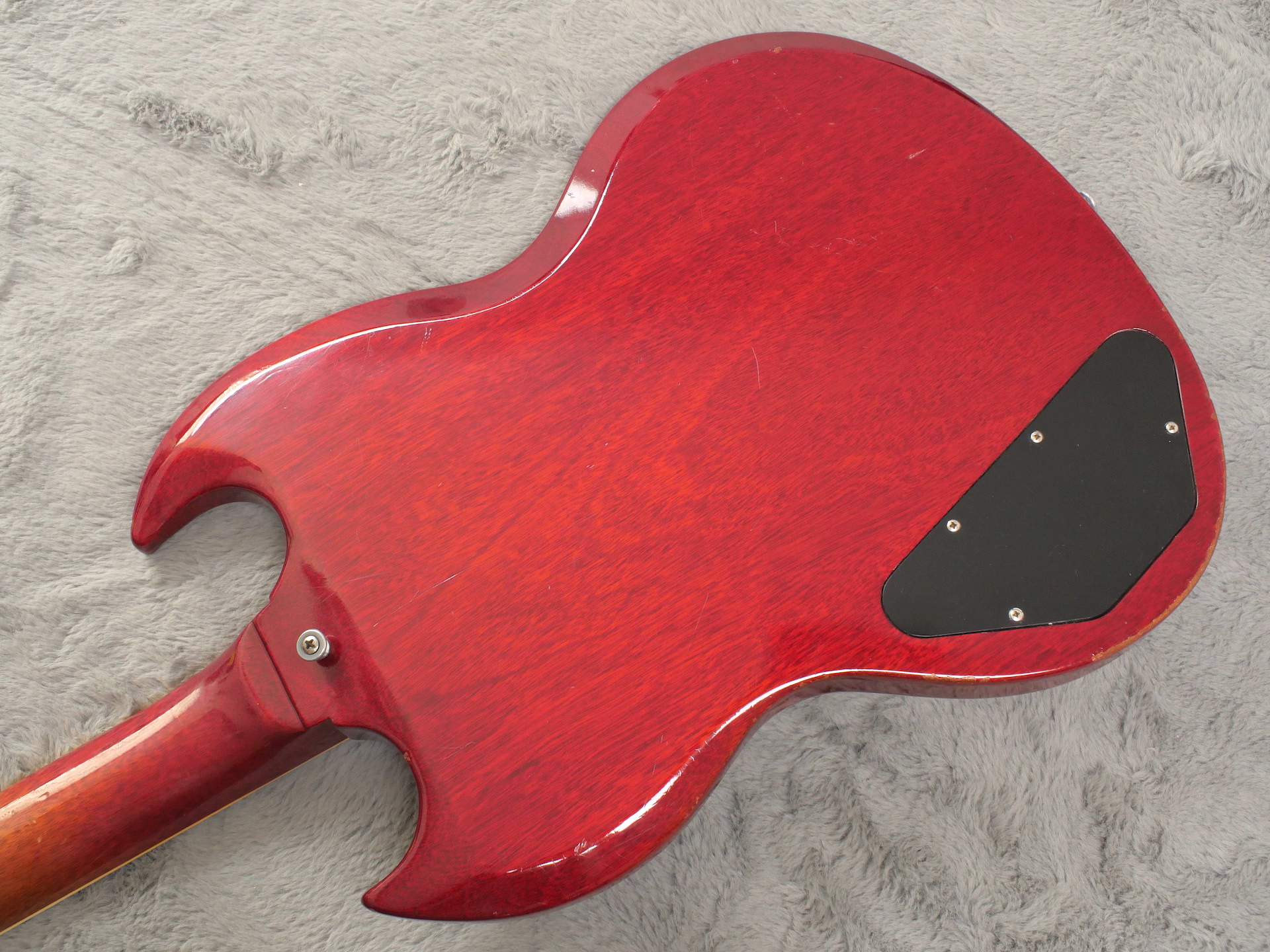 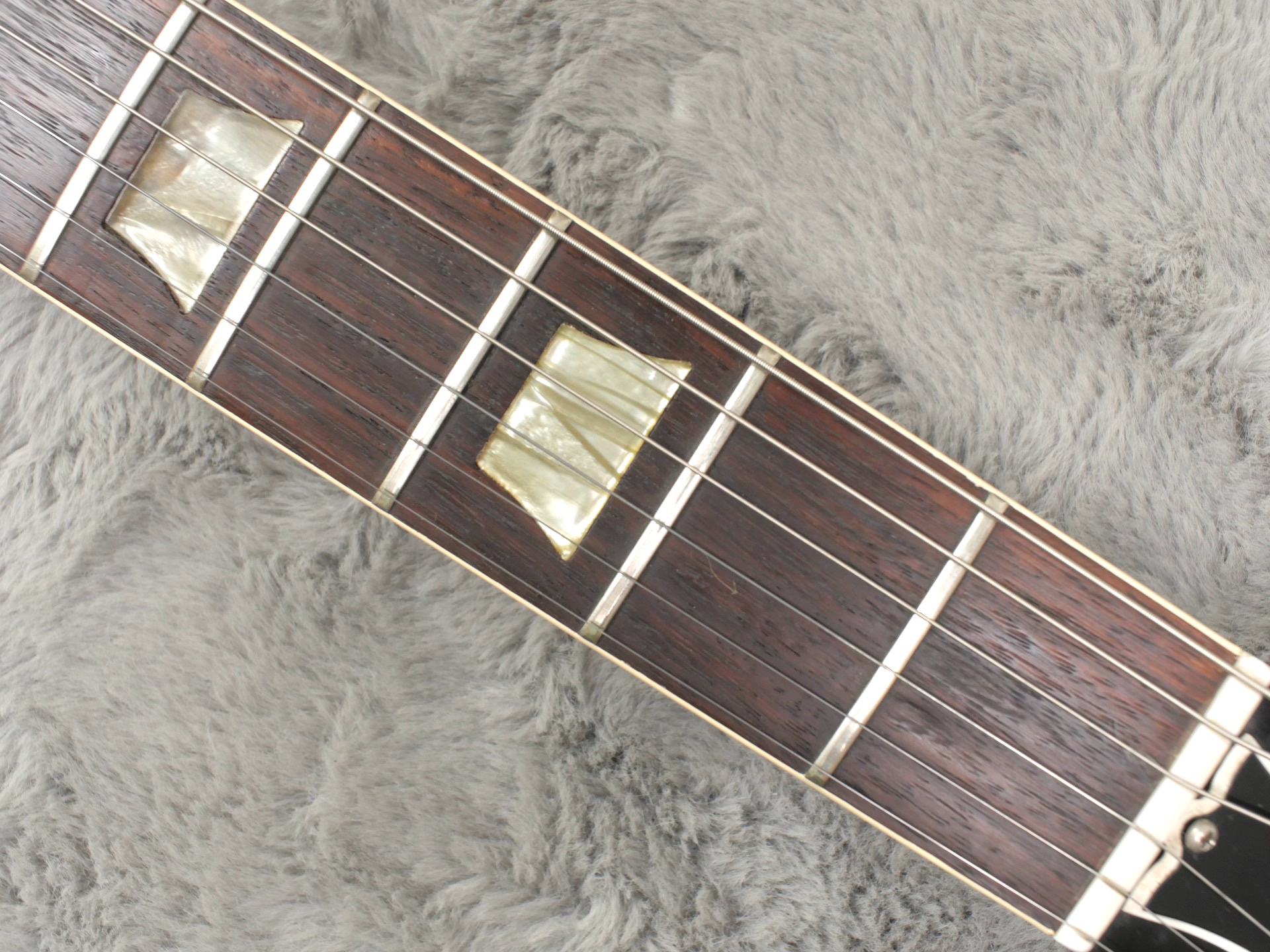 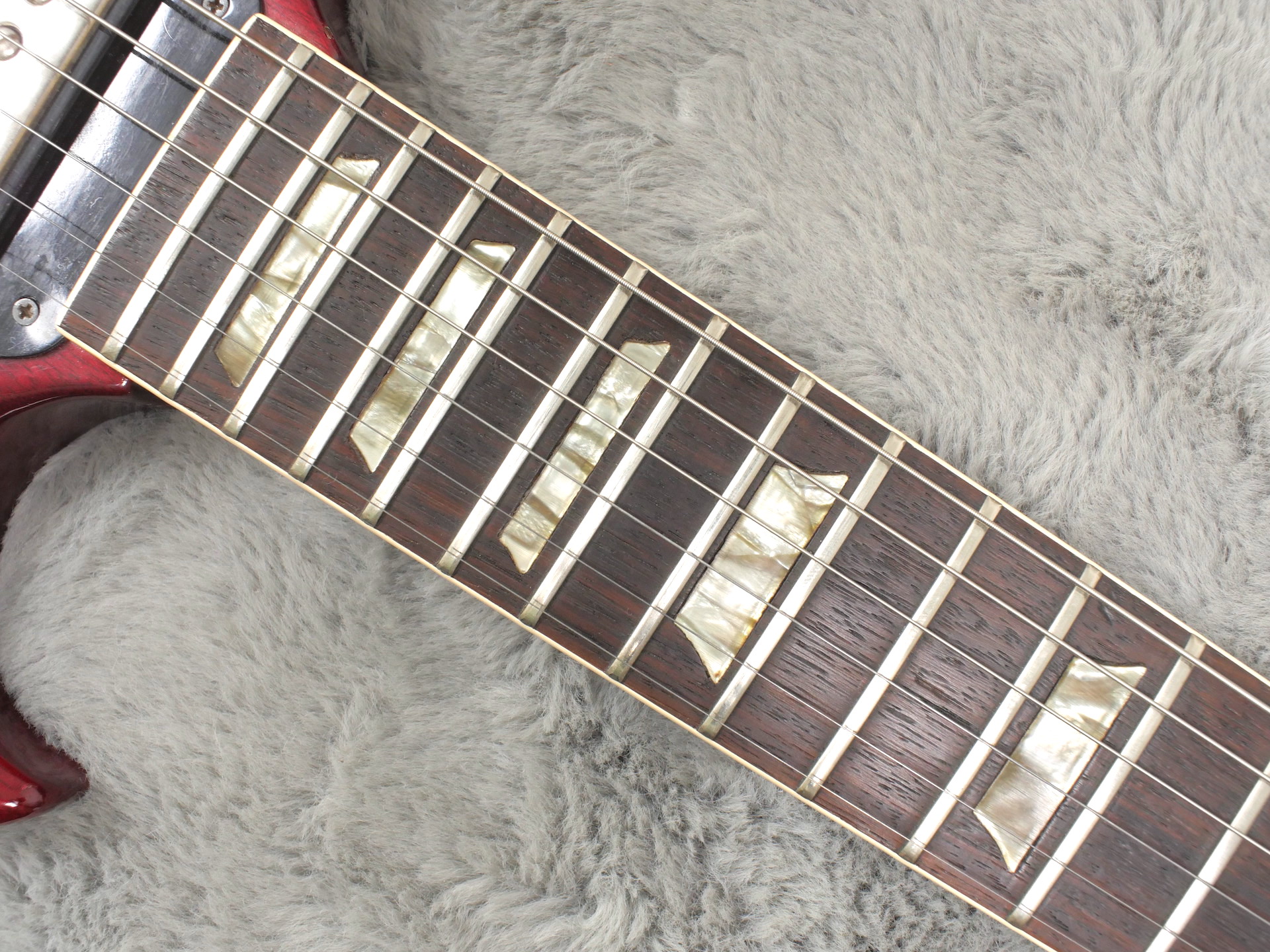 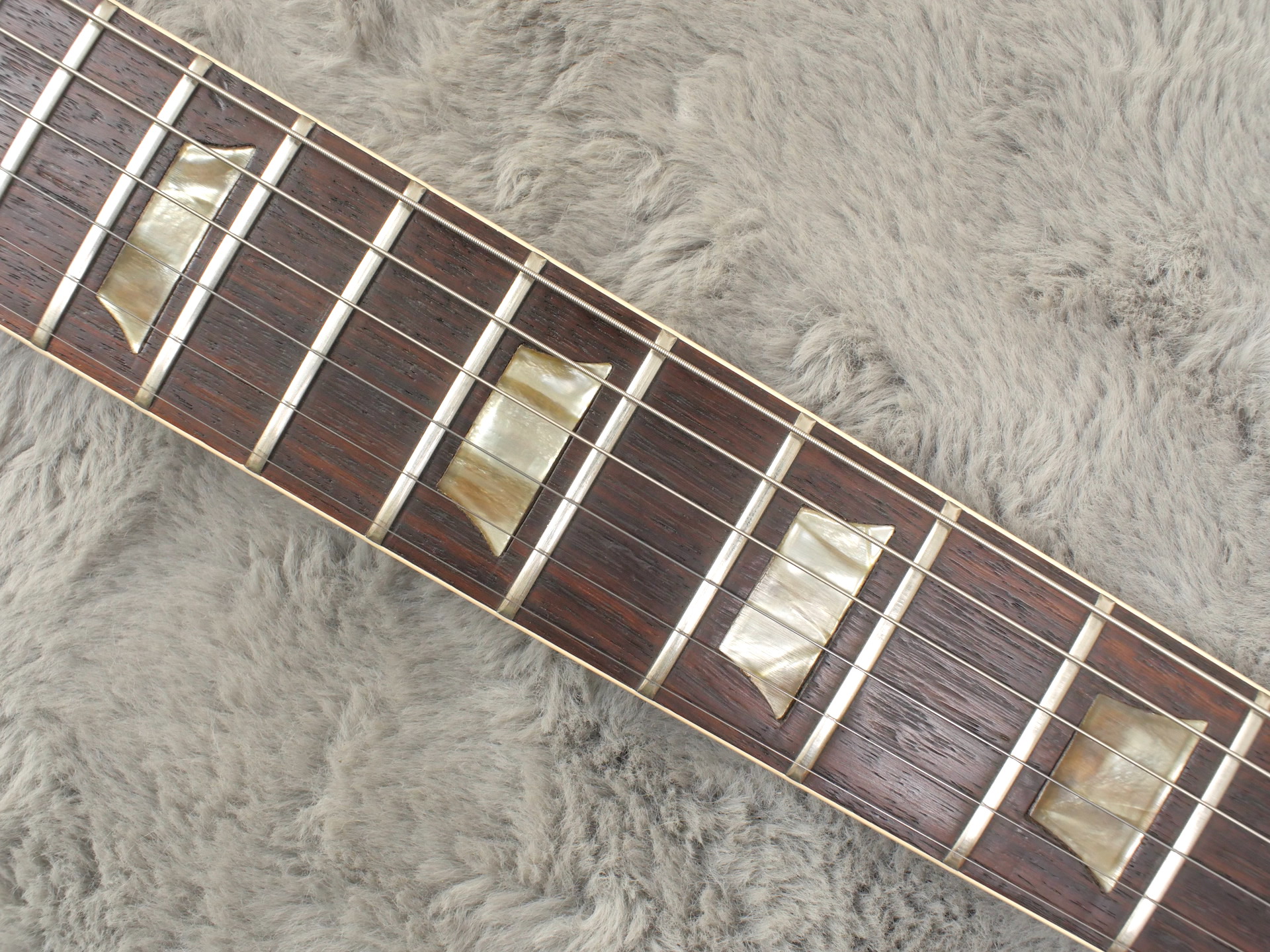 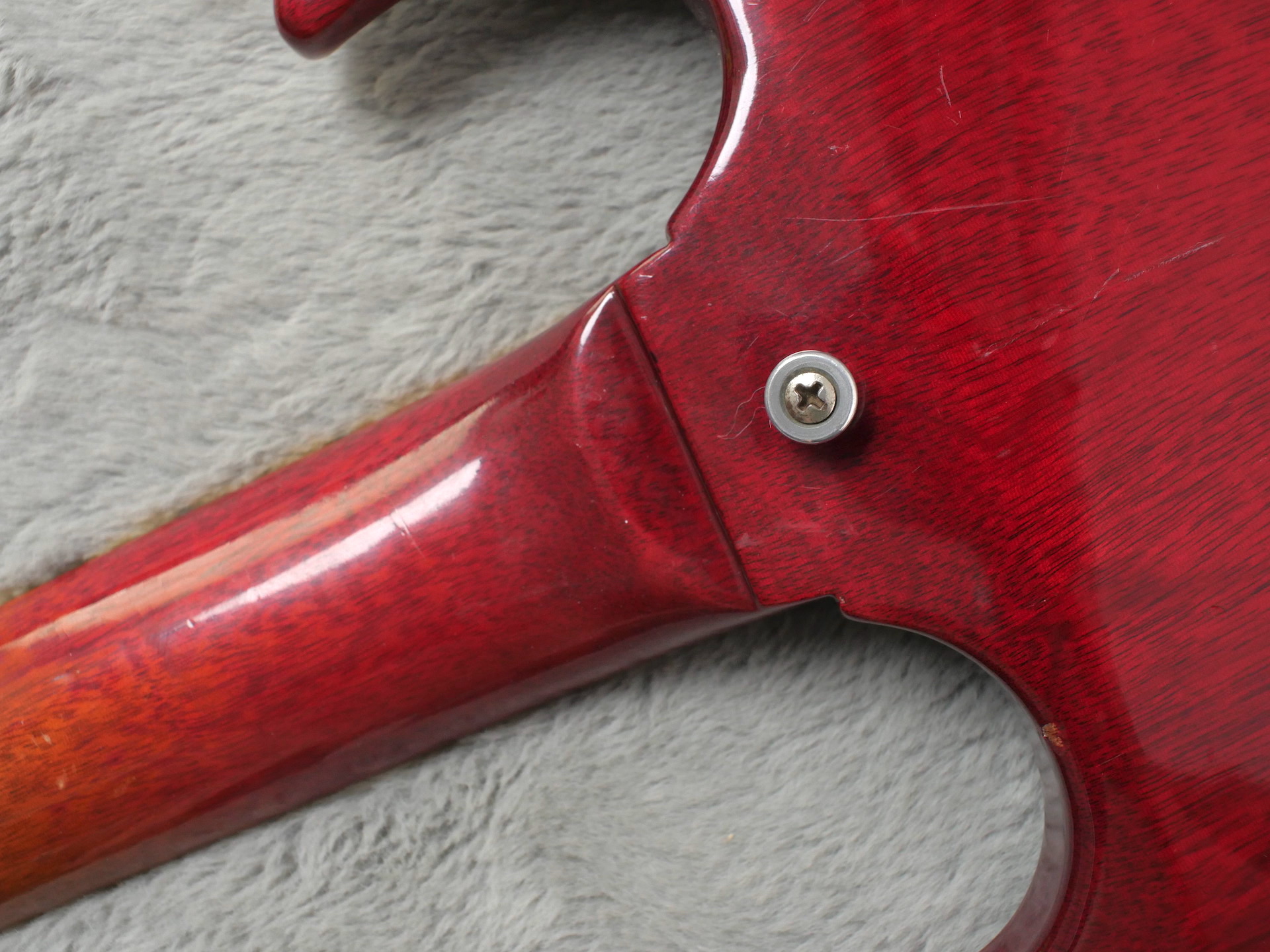 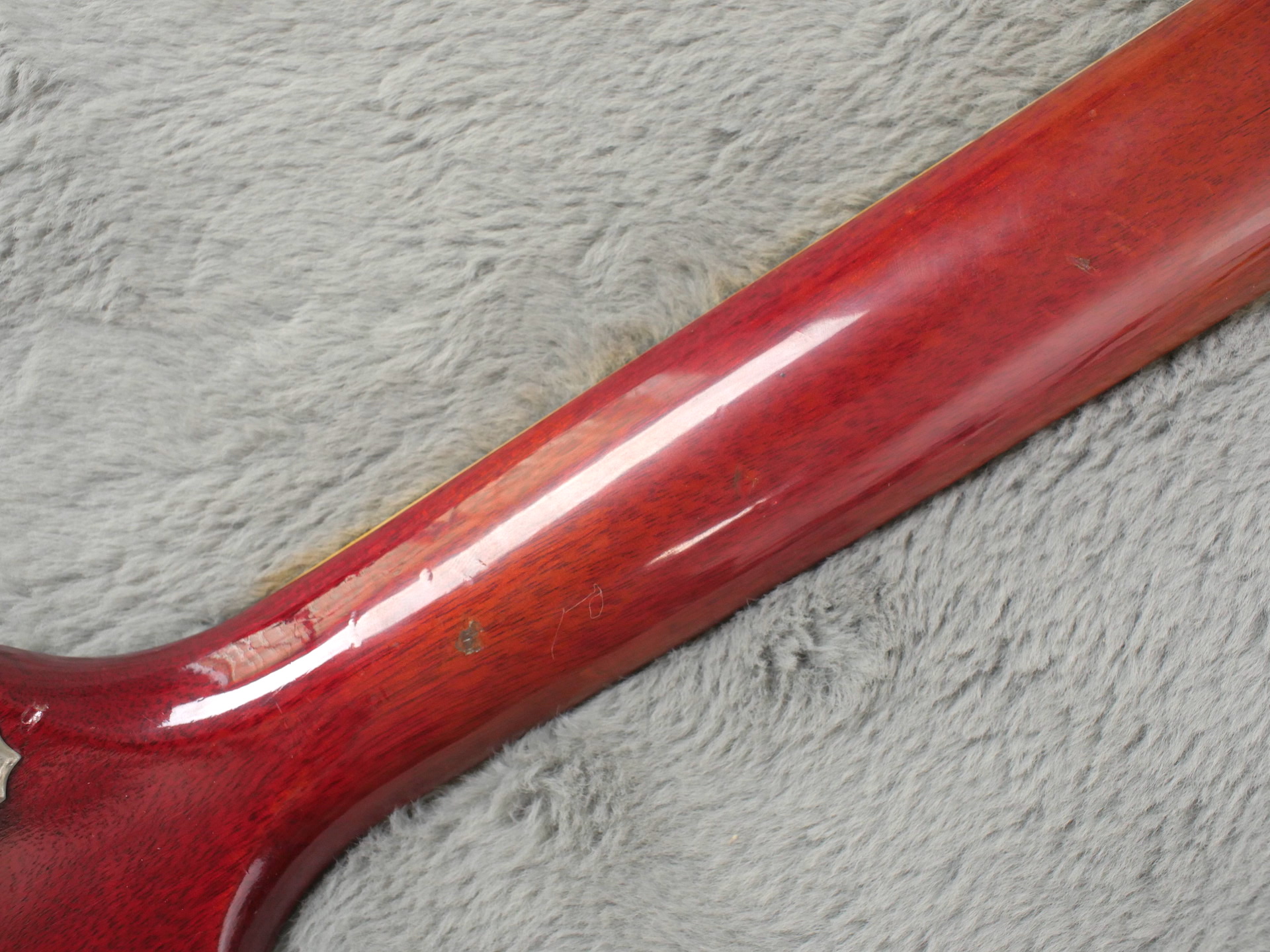 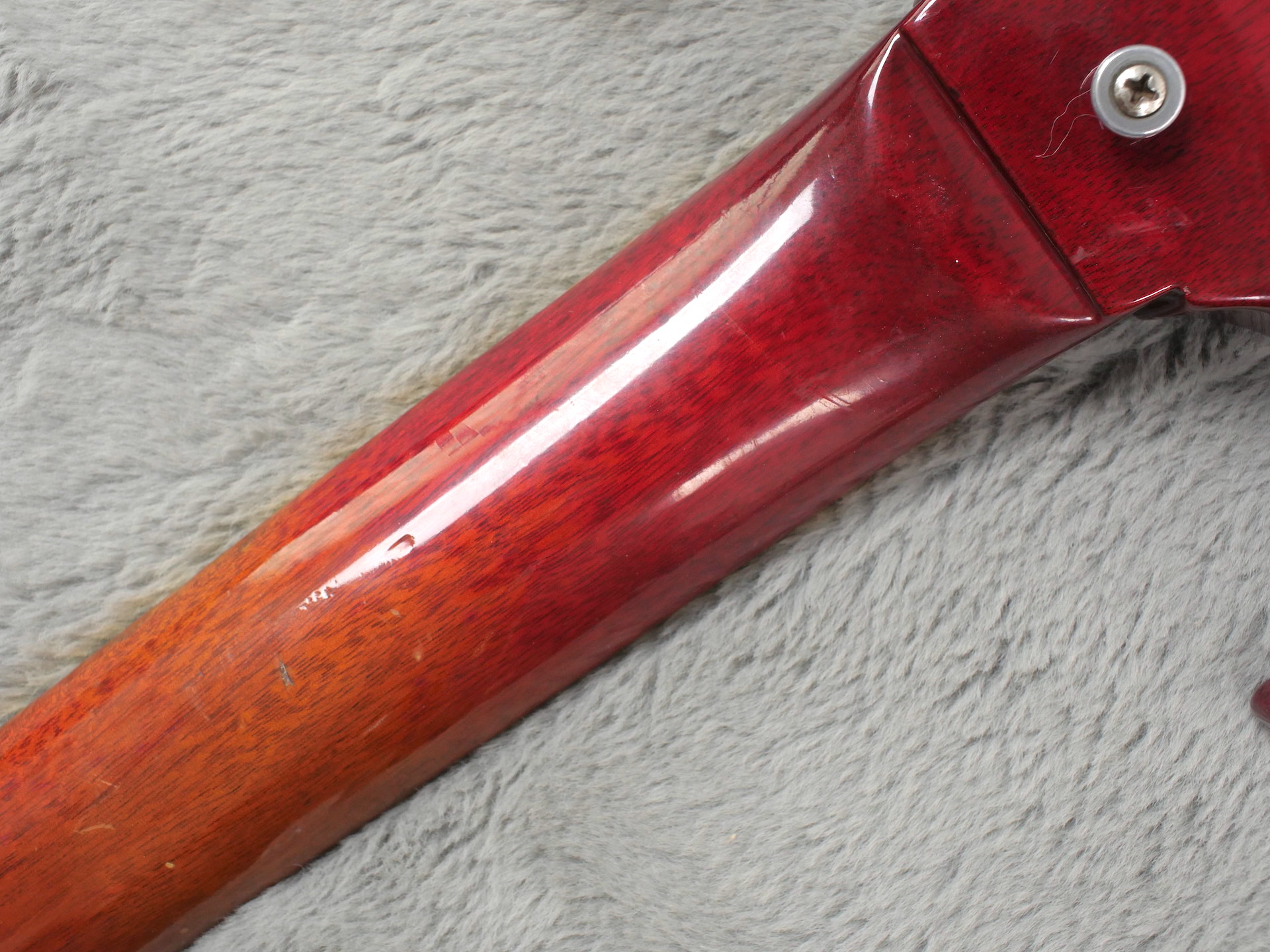 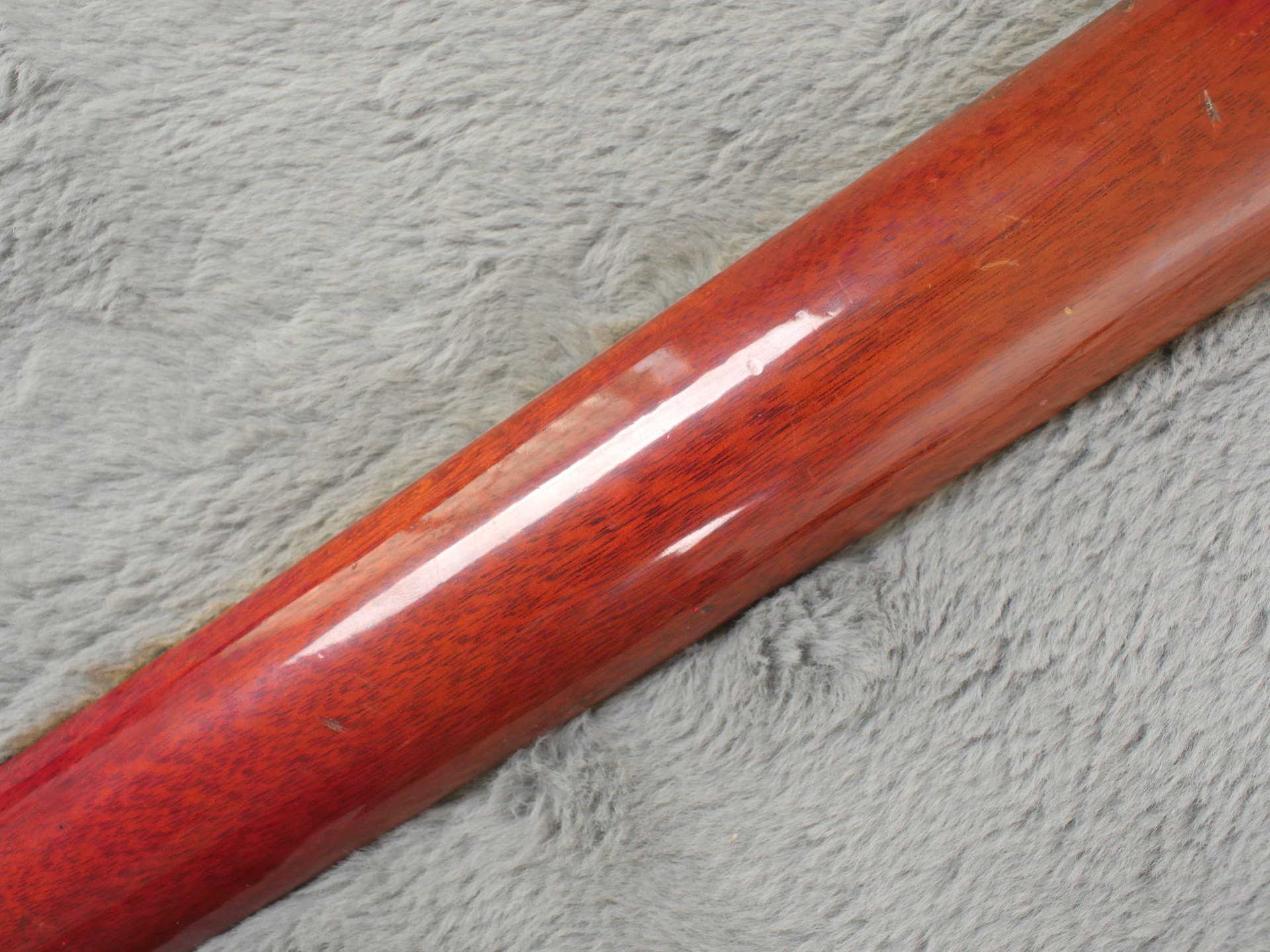 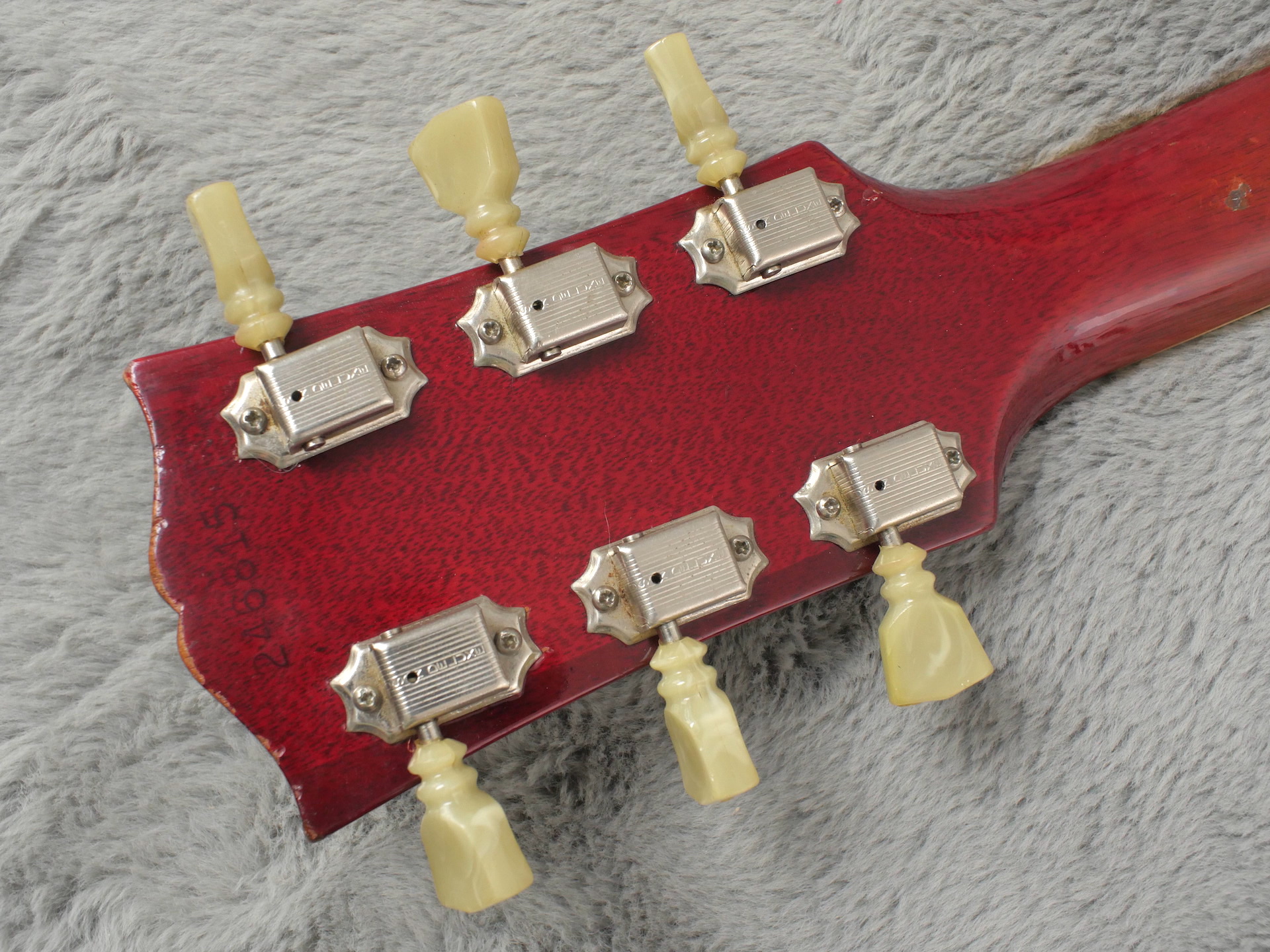 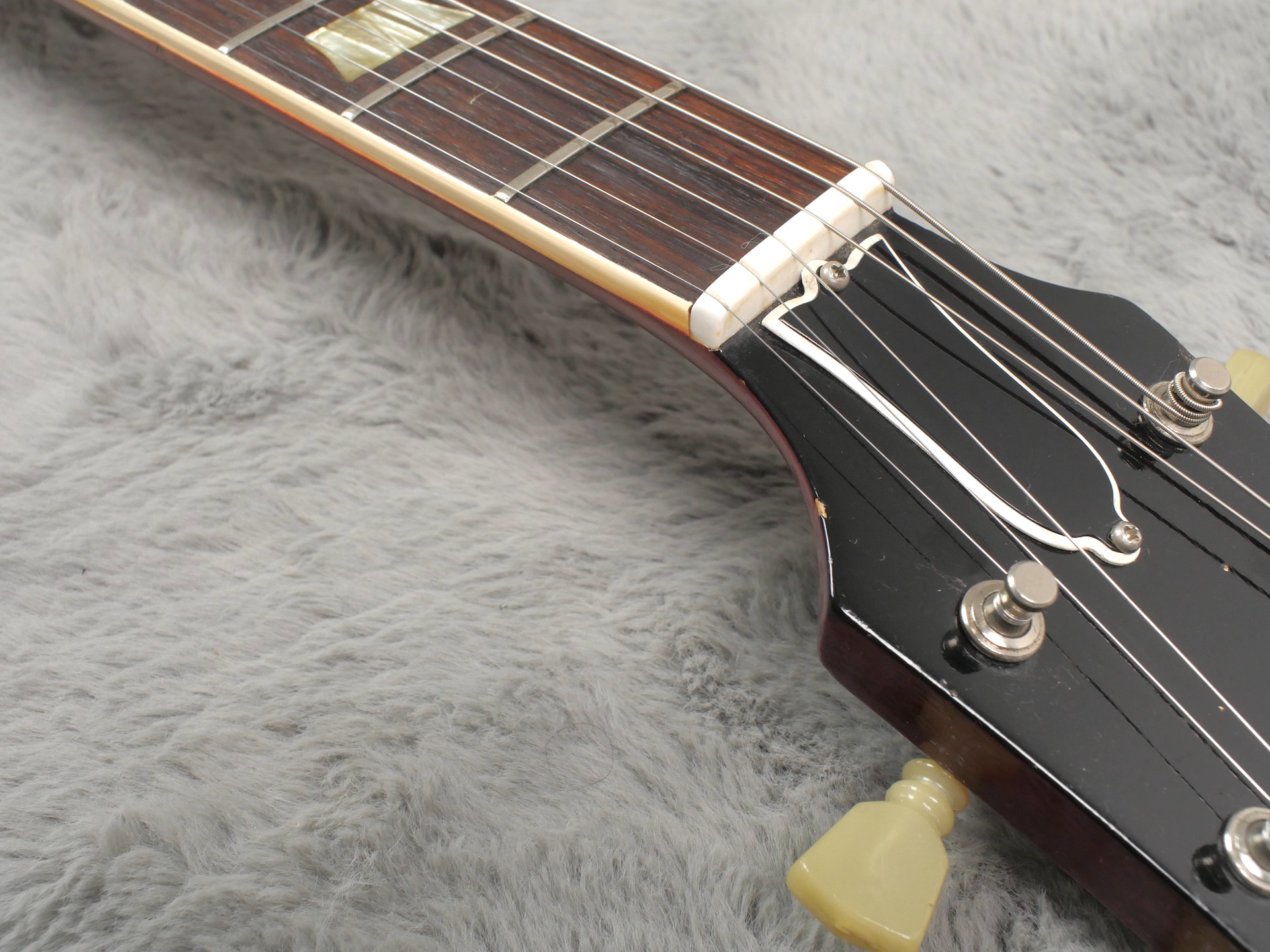 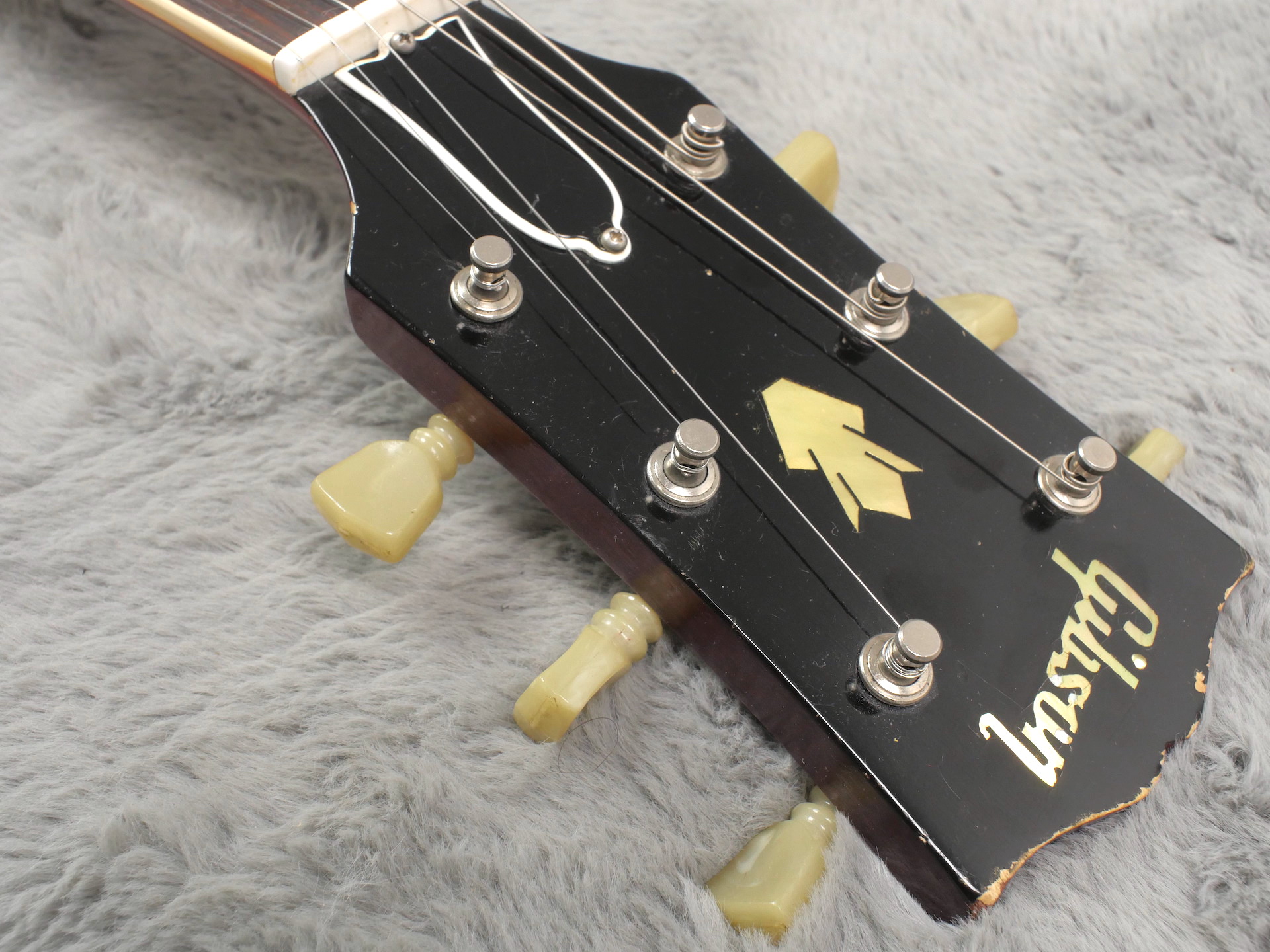 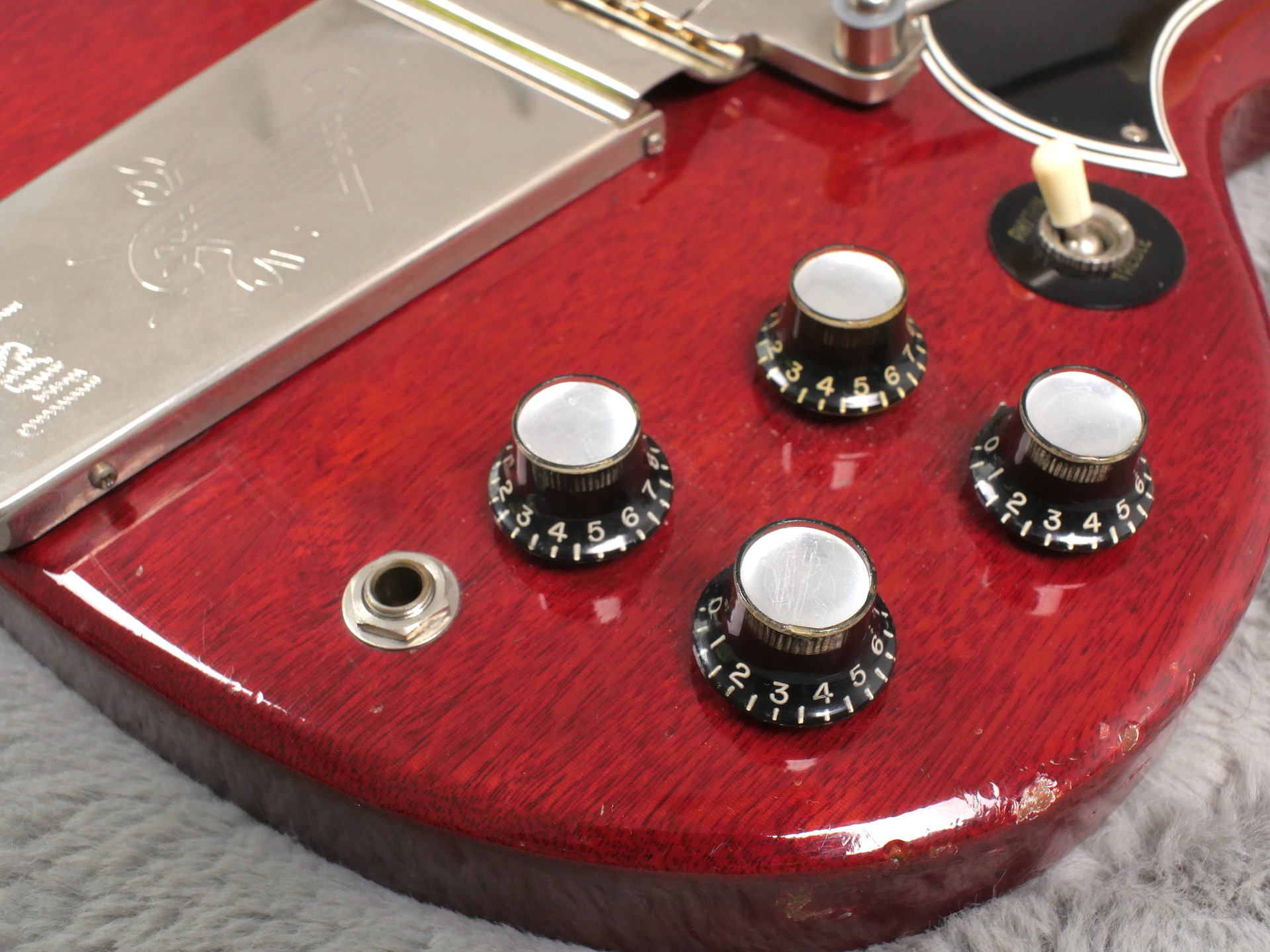 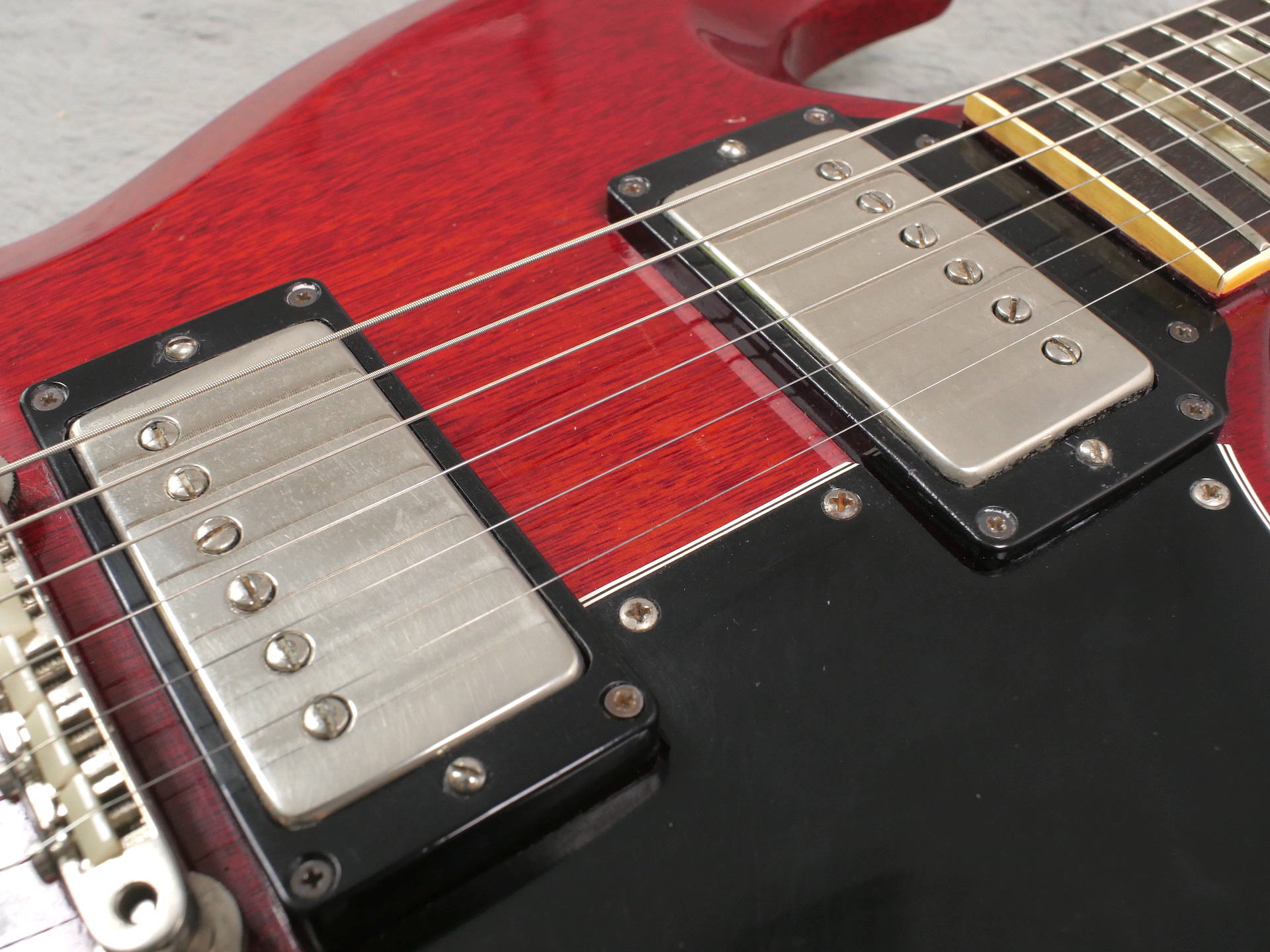 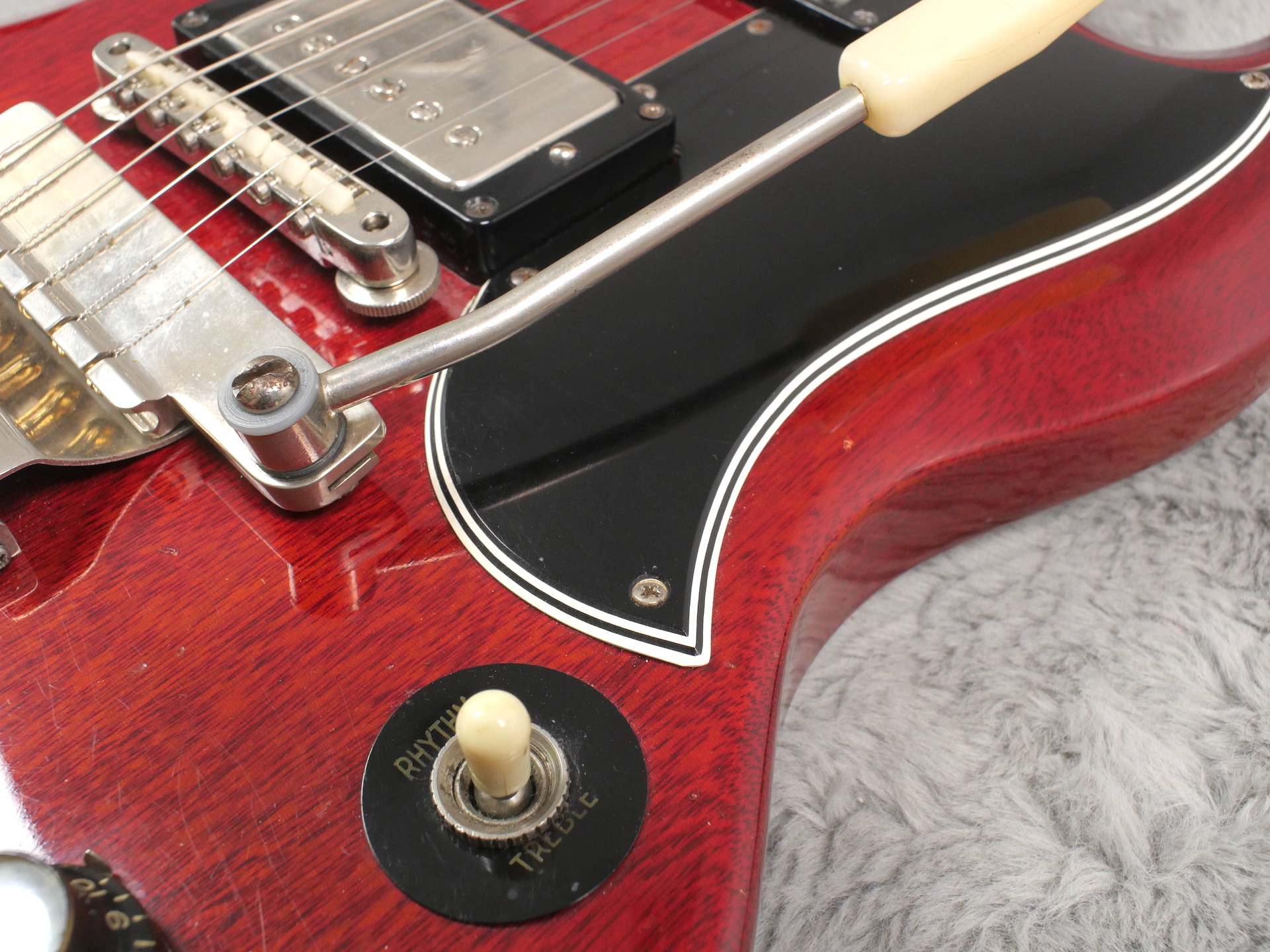 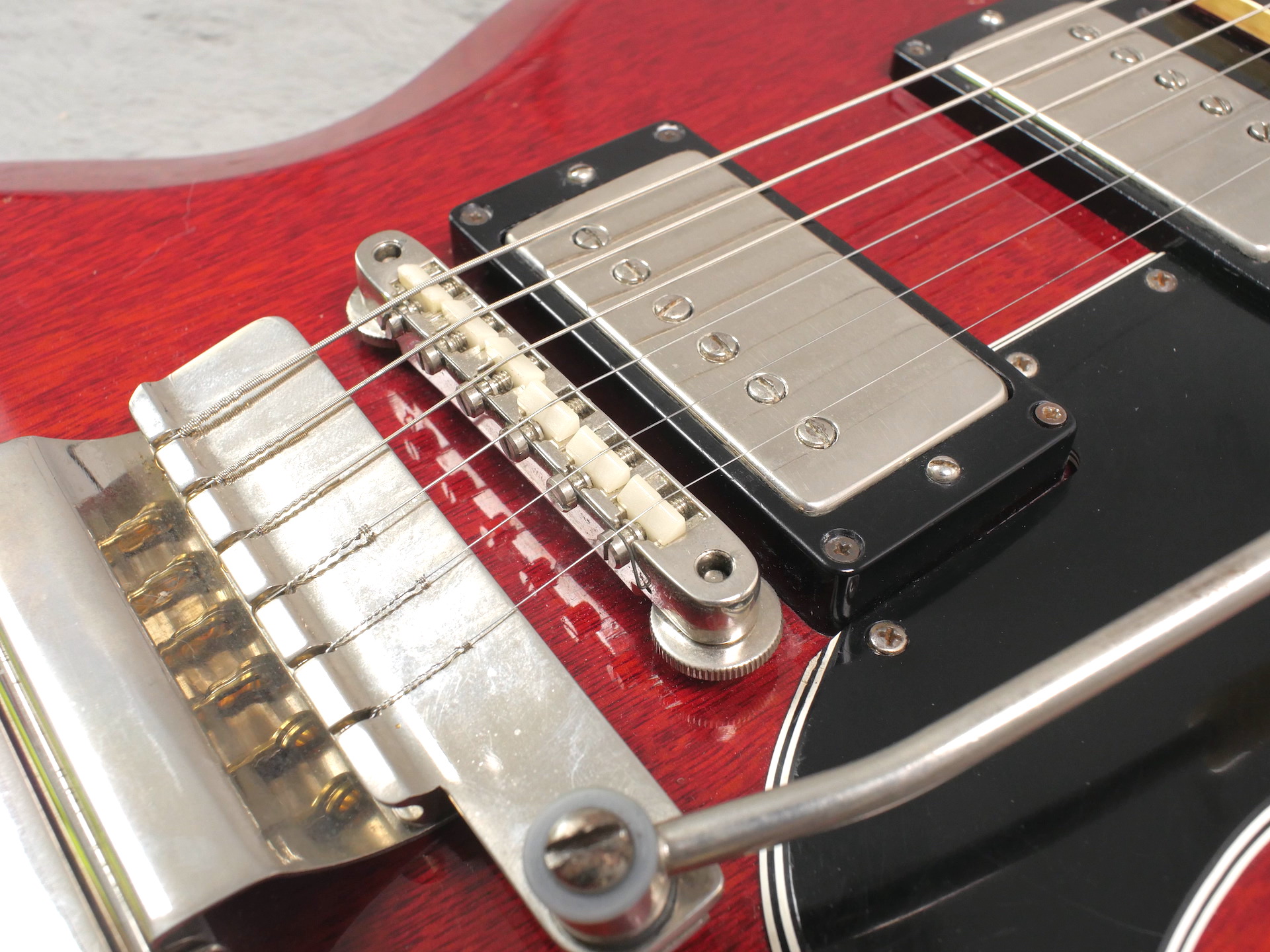 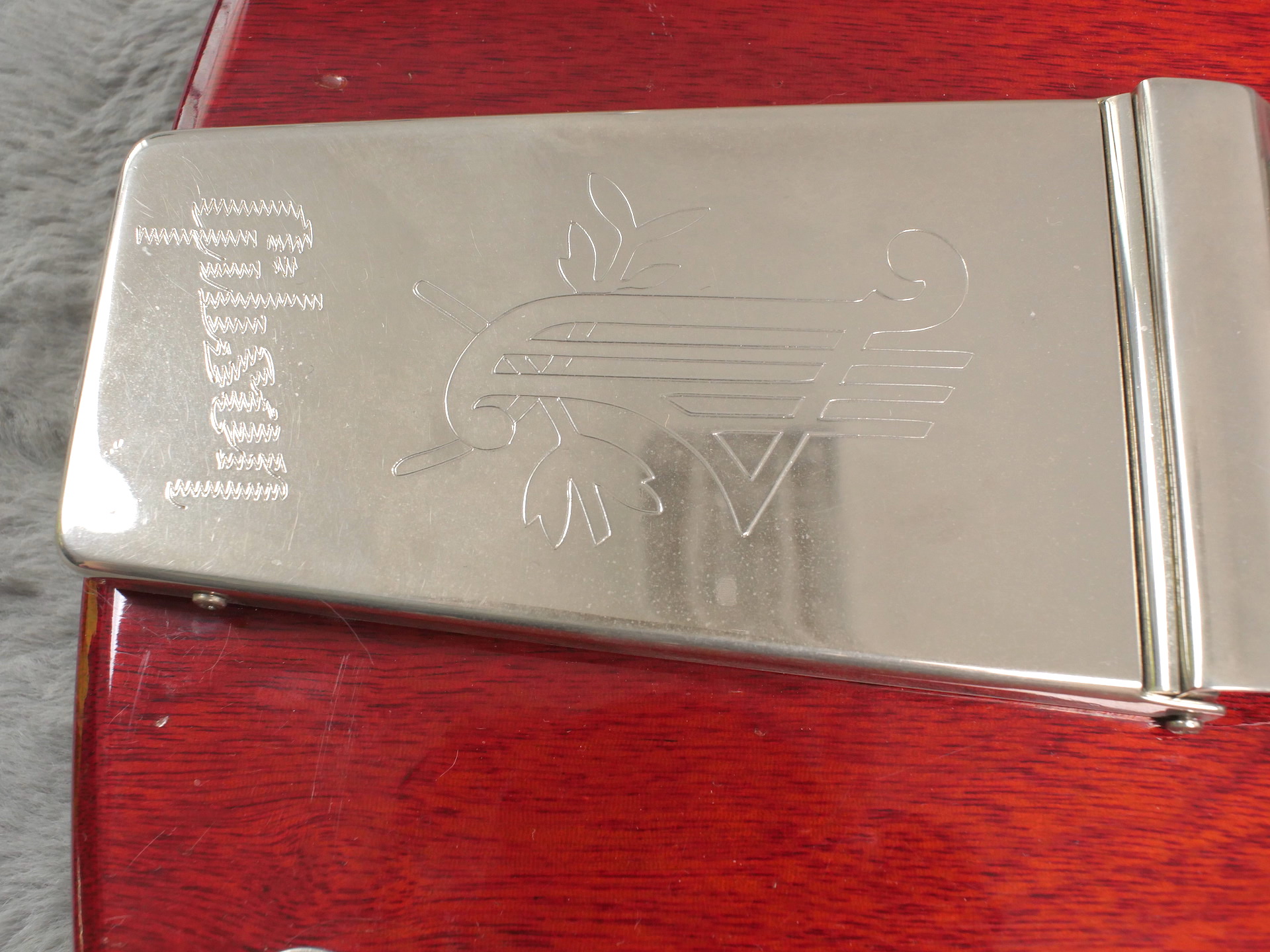