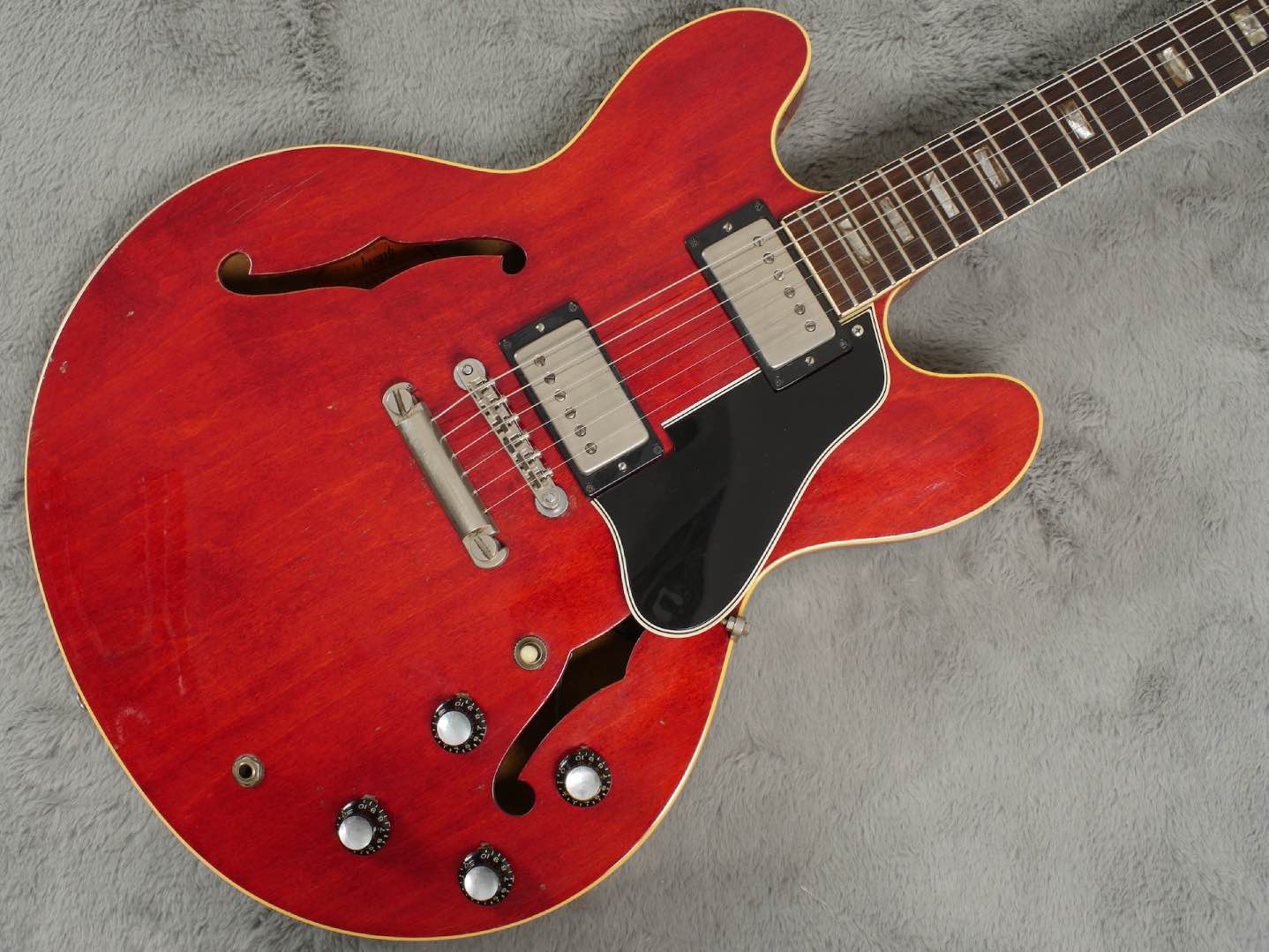 Original stop tail 1964 Cherry 🍒 Red Gibson ES-335 TDC. Could be the Cream of anyone’s collection and affordable too...

This guitar has certainly lead an illustrious life. Here is a quote from a previous owner -

“I’ve owned since the mid 1970s and used on many projects as a session musician. Among these are tours and/or recordings with Eric Burdon, Zoot Money, Lulu, Clodagh Rogers, Geoff Downes, Trevor Horn, The Buggles (used on Video Killed the Radio Star and several tracks on their first album), Elaine Paige, Linda Lewis, Howard Goodall (Mr Bean/Red Dwarf…Yes, I played that solo!) and many others. UK television show sessions for Al Jarreau, Luther Vandross, Diana Ross, Tom Jones, Dusty Springfield, Cyndi Lauper, Neil Diamond, Michael Bolton, Jennifer Rush and many others. It has also been used on many production/live music compositions and the Universal/Atmosphere label, which has been used worldwide on television programmes such as NFL, A Place in the Sun, The Dog Whisperer, Property Ladder, Sky Sports, Fox News, Cash in the Attic, Jerry Springer, Through the Keyhole, A New Life in the Sun etc. The guitar can be heard featured on the Claptonesque/Bluesbreakers style theme of the television series ‘Rock Family Trees”

Even though this guitar has certainly seen some action over the years, its been well cared for with only a few minor mods, the original cherry finish having survived remarkably well.

As with all 335s from this period, the neck profile can vary. We associate 1964 with a chunkier neck profile though this isn’t always the case. This example is an early (157xxx serial) 1964 and slightly slimmer profile of a later ‘64 which some players find preferable. It has a beautiful, deep grained and hardly worn rosewood fingerboard. The frets have inevitably been changed at some stage though this has been done very well. The binding too has survived well. All solder joints look to be untouched with two very strong, 1964 PAT Number stickers pickups that have not even had the covers off.

The neck has had a refin or overspray a long time ago that black lights almost like an original. There is no evidence of the all too common headstock repair so it was probably done to cover up wear on the back of the neck as this has been a played instrument. The previous vendor thought it may have been to re profile the neck but we question this assumption as it feels is exactly the same as every other early ‘64 335 we have had here - not as skinny as a 62 or most 63’s but not quite as chunky as a later 64 or early 65.

As previously mentioned this guitar has seen some minor changes. The original Kluson tuners have been replaced with Grovers which as we all know by now is a common 70’s mod. The headstock face has been oversprayed (probably when the Grovers were fitted) and the original tune-o-matic has been been replaced with a later ABR-1 type unit. Apart from the changes, this guitar is free of any breaks or any further alterations.

The guitar plays like a dream, the neck having worn in wonderfully. Both pickups sound fantastic, reminding you why these guitars are so sought after.

Its always nice when a guitar has a traceable past and even better when its been featured on so many iconic recordings. If you’ve been looking for a 335 that won’t break the bank, look no further… 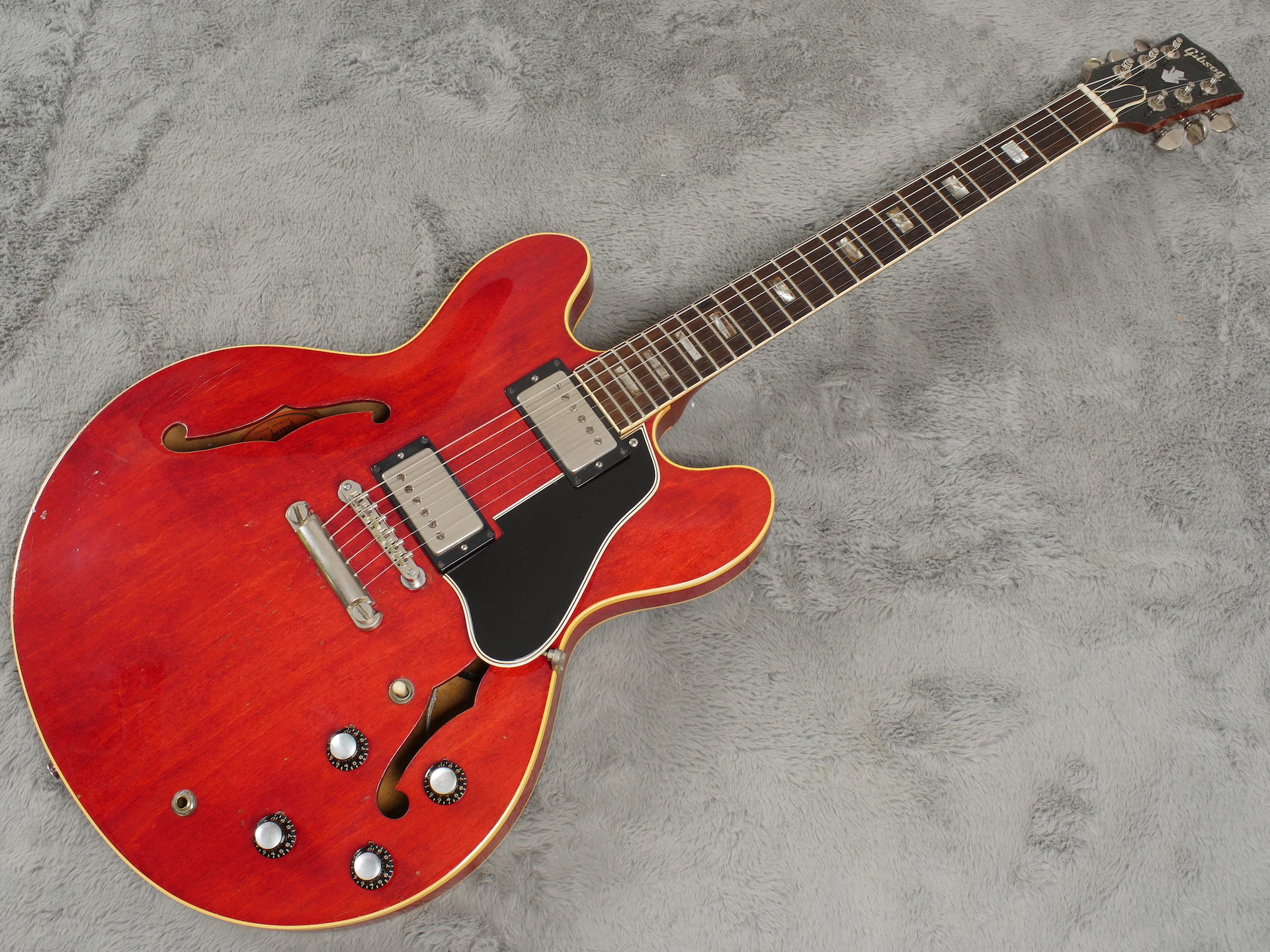 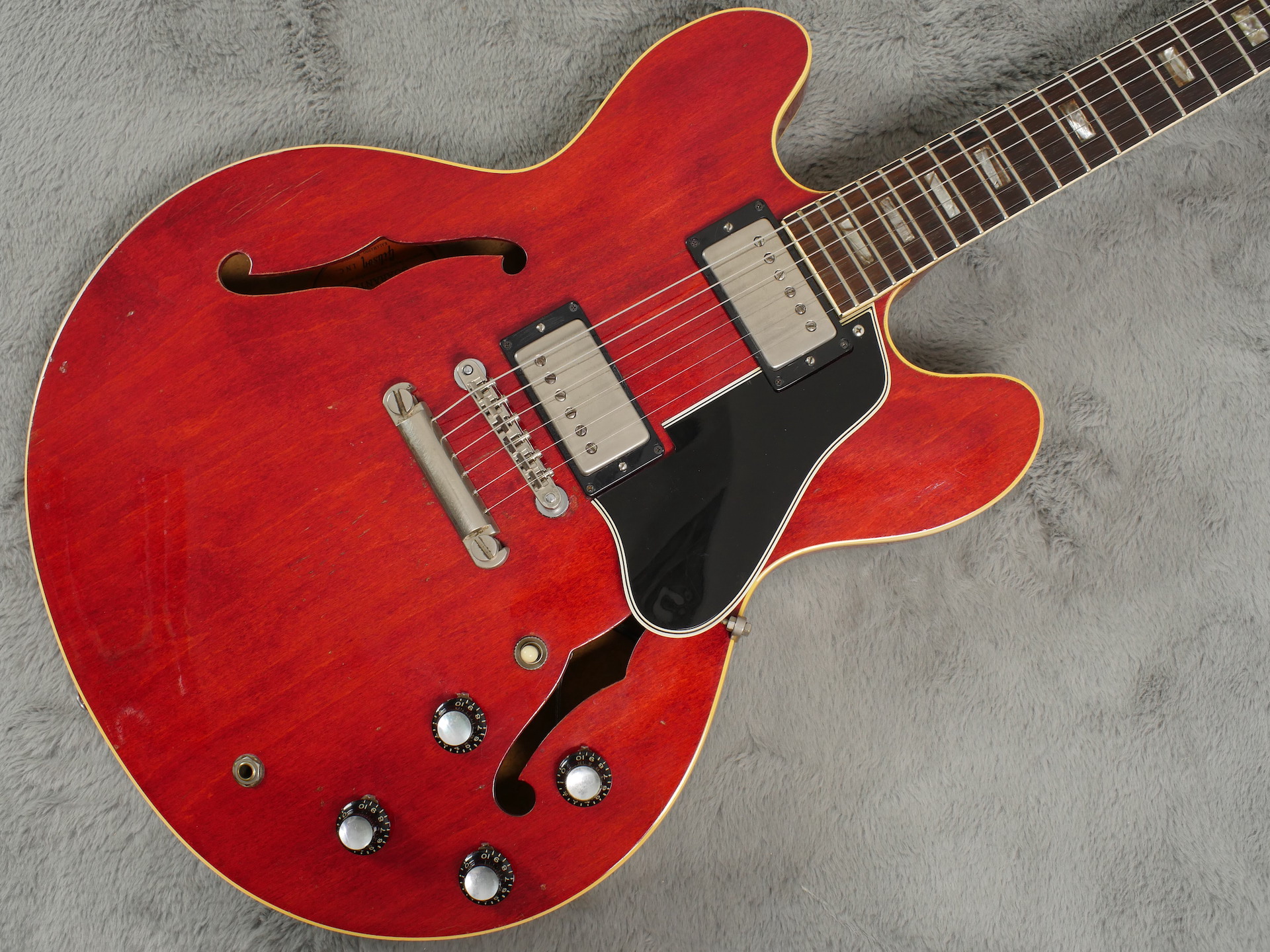 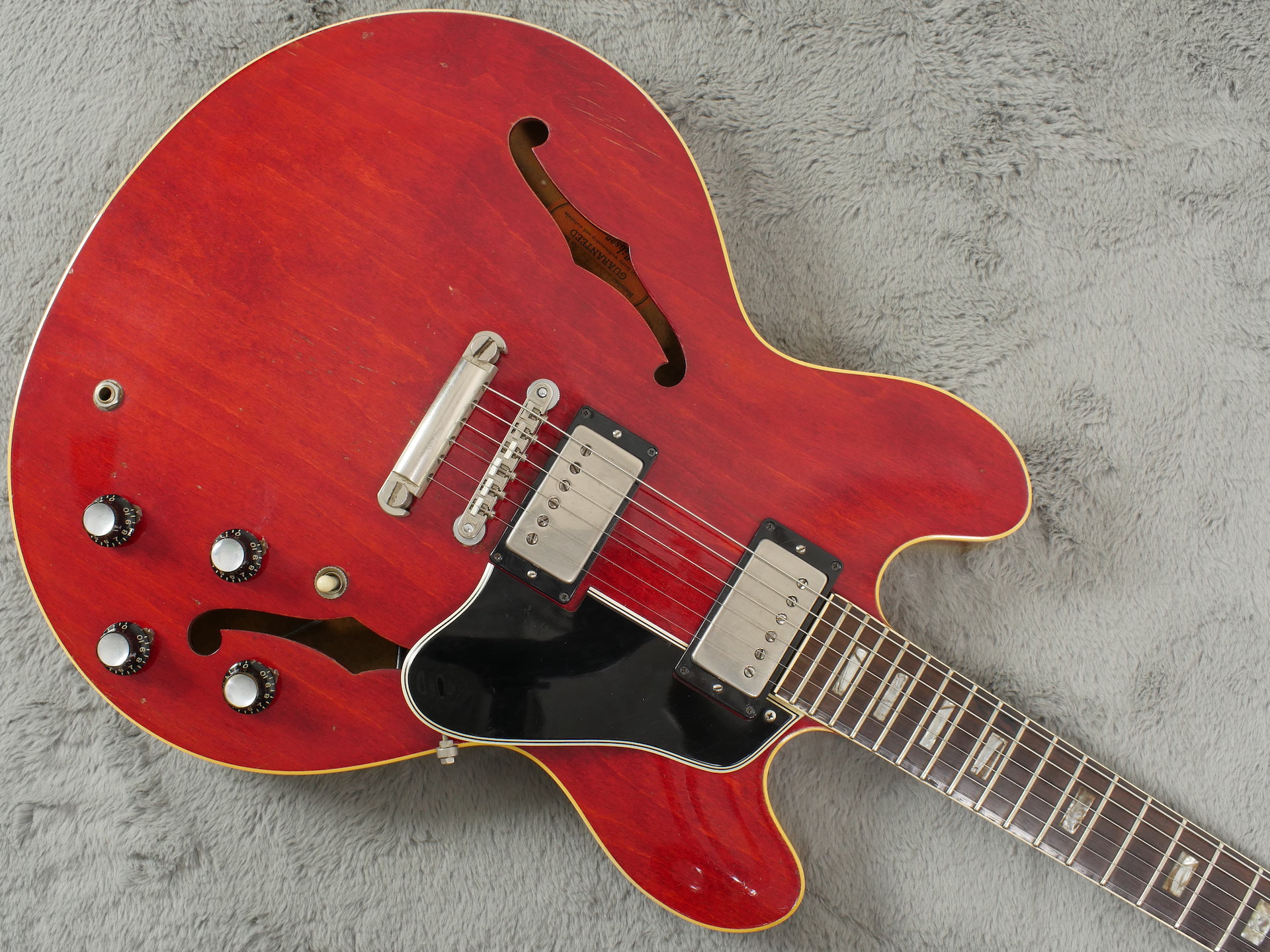 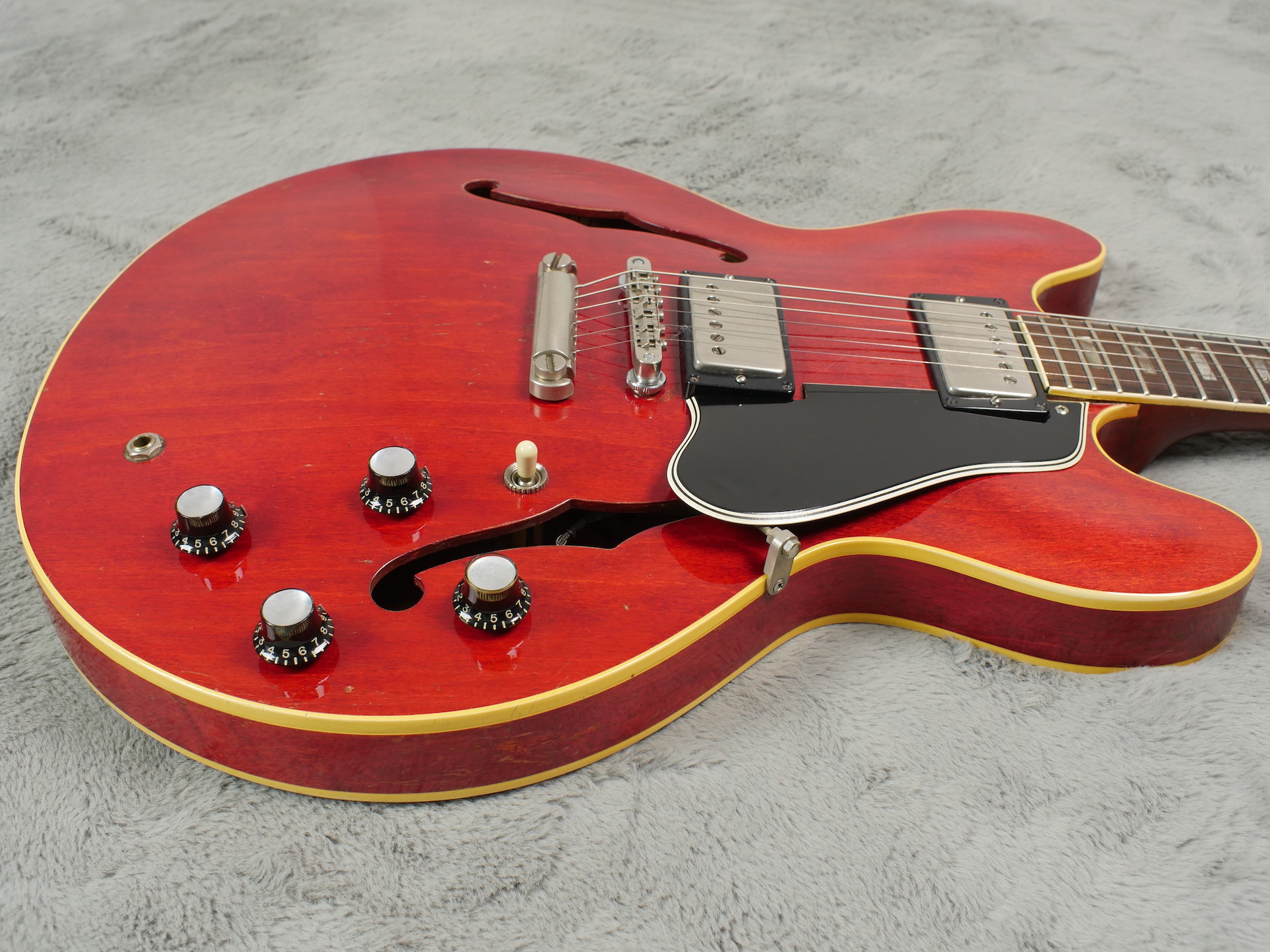 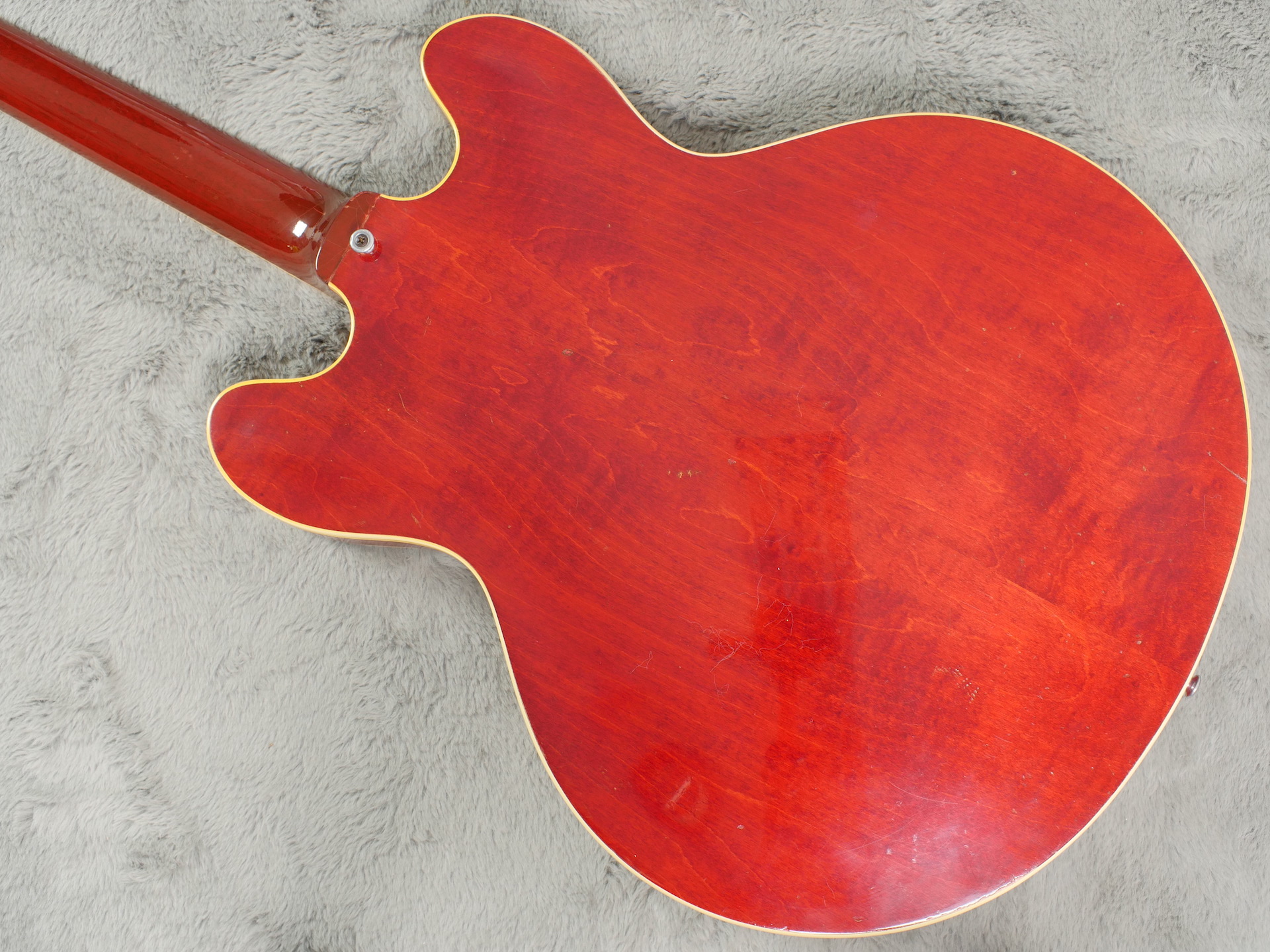 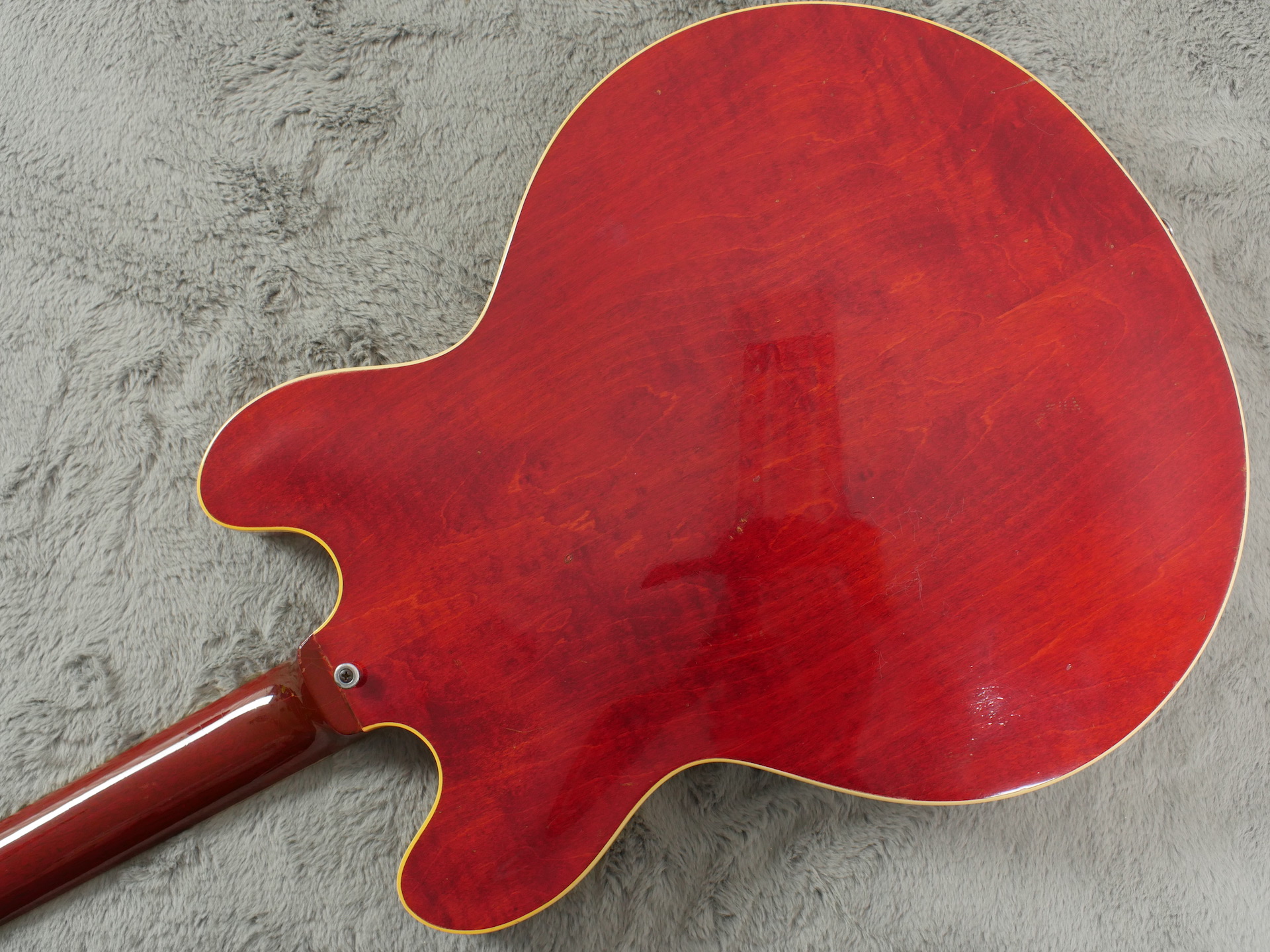 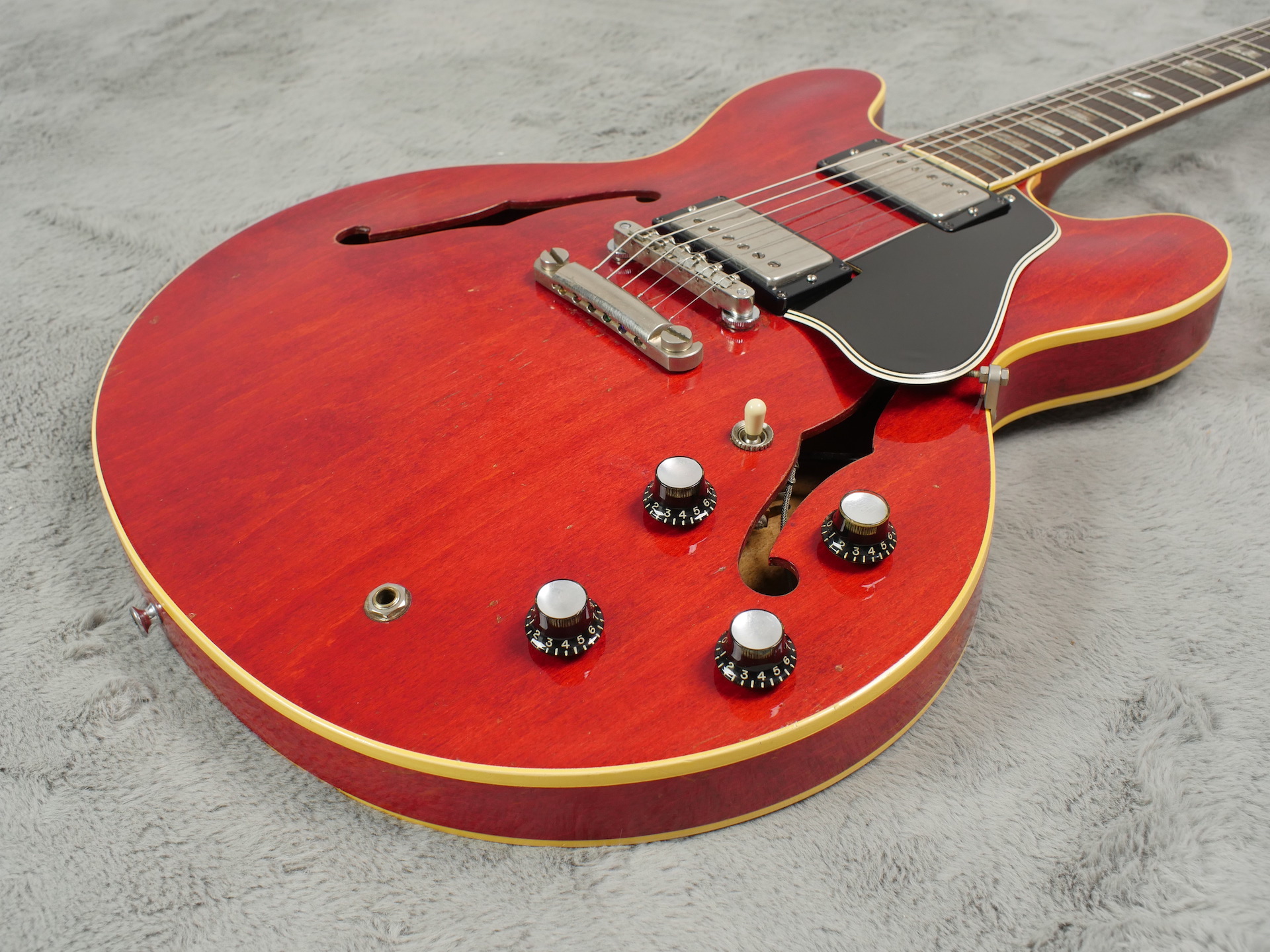 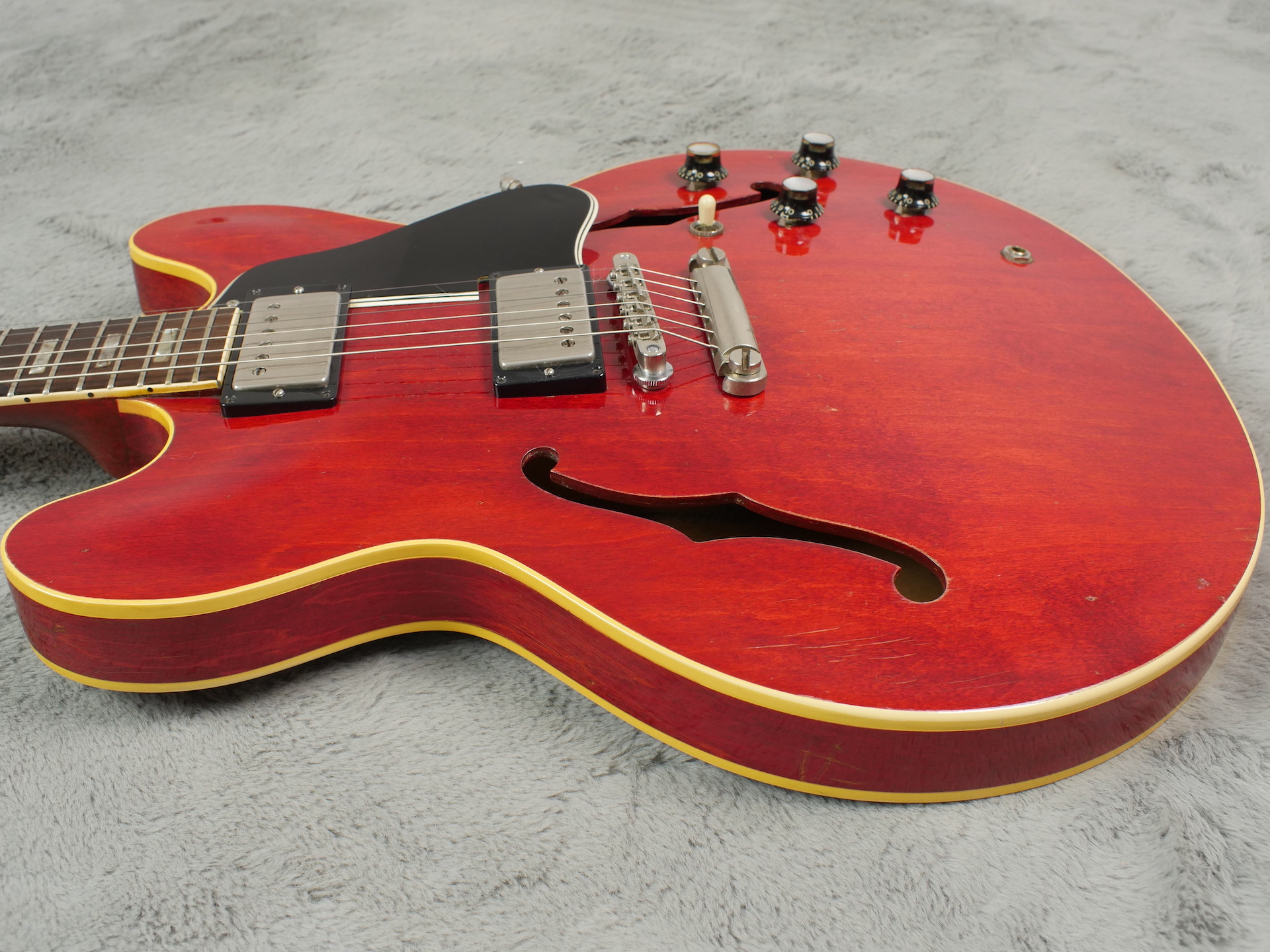 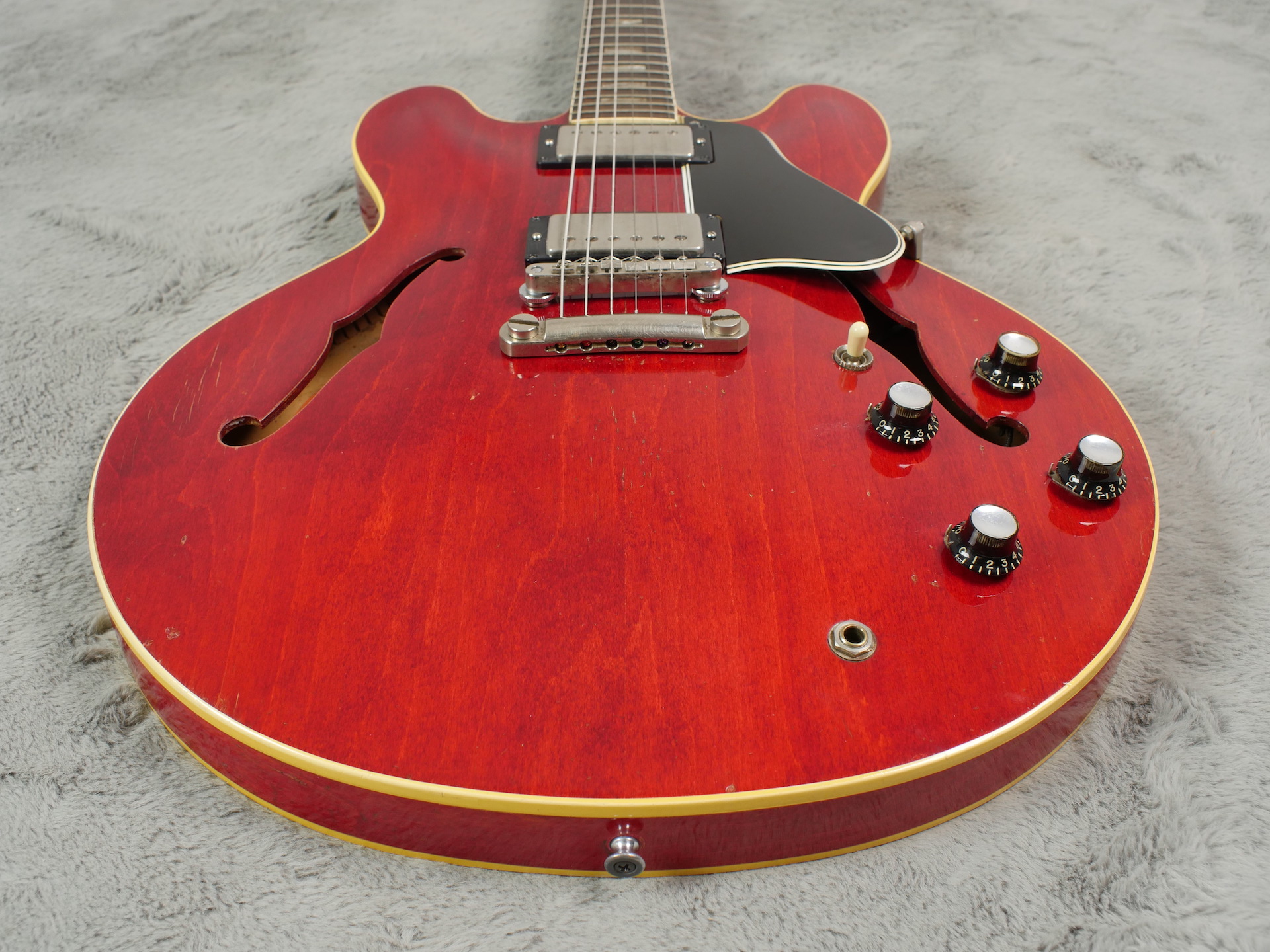 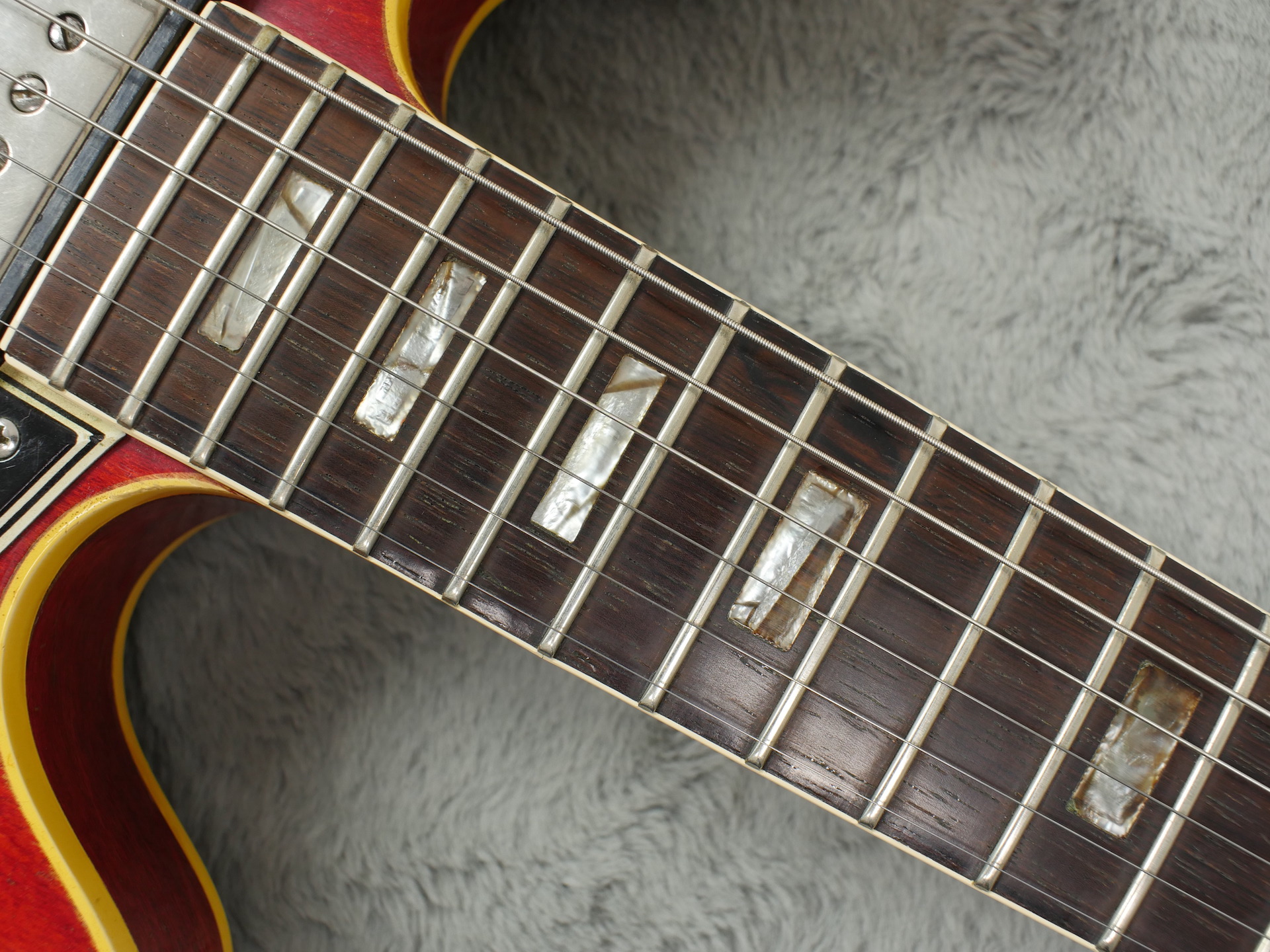 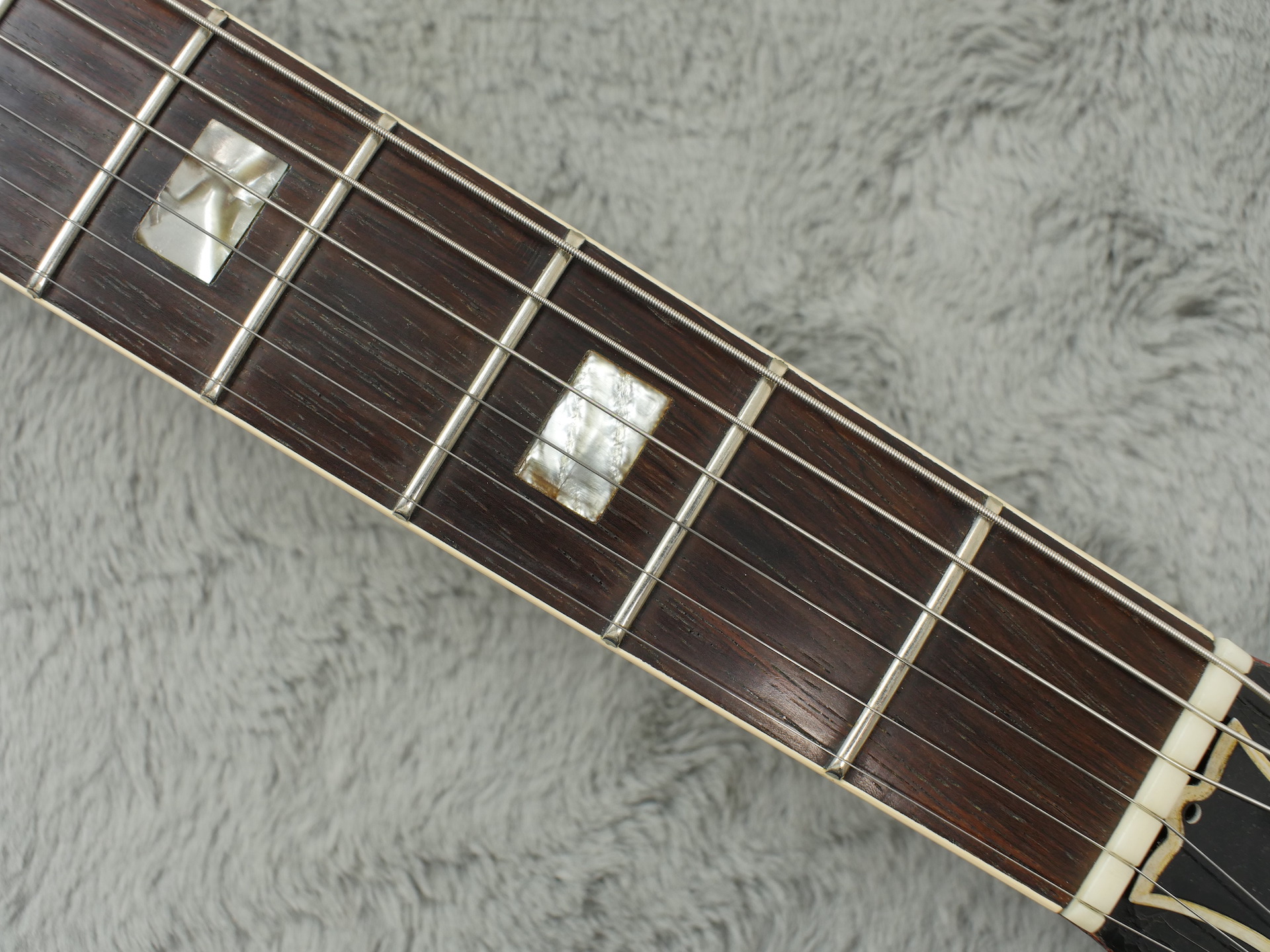 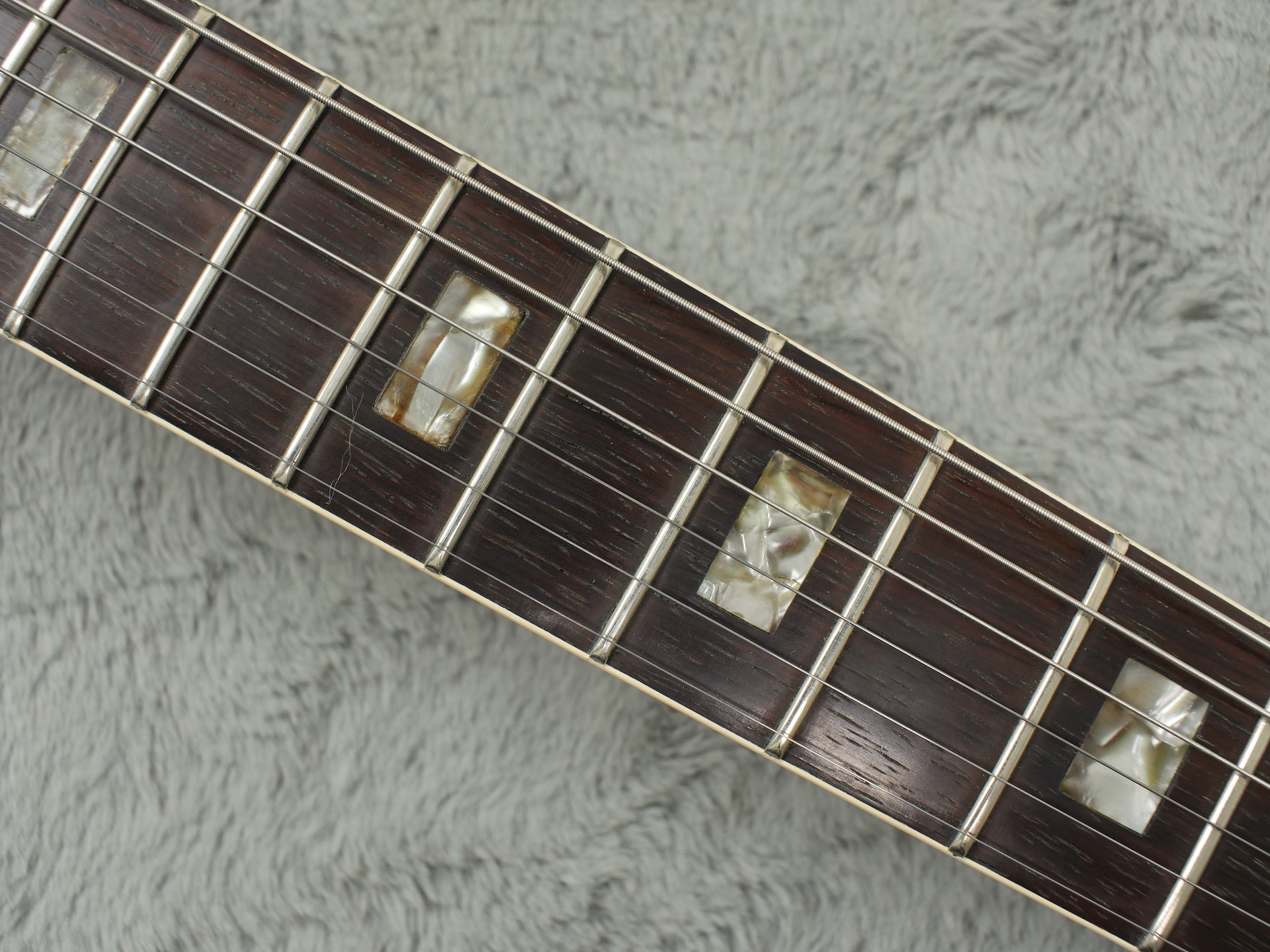 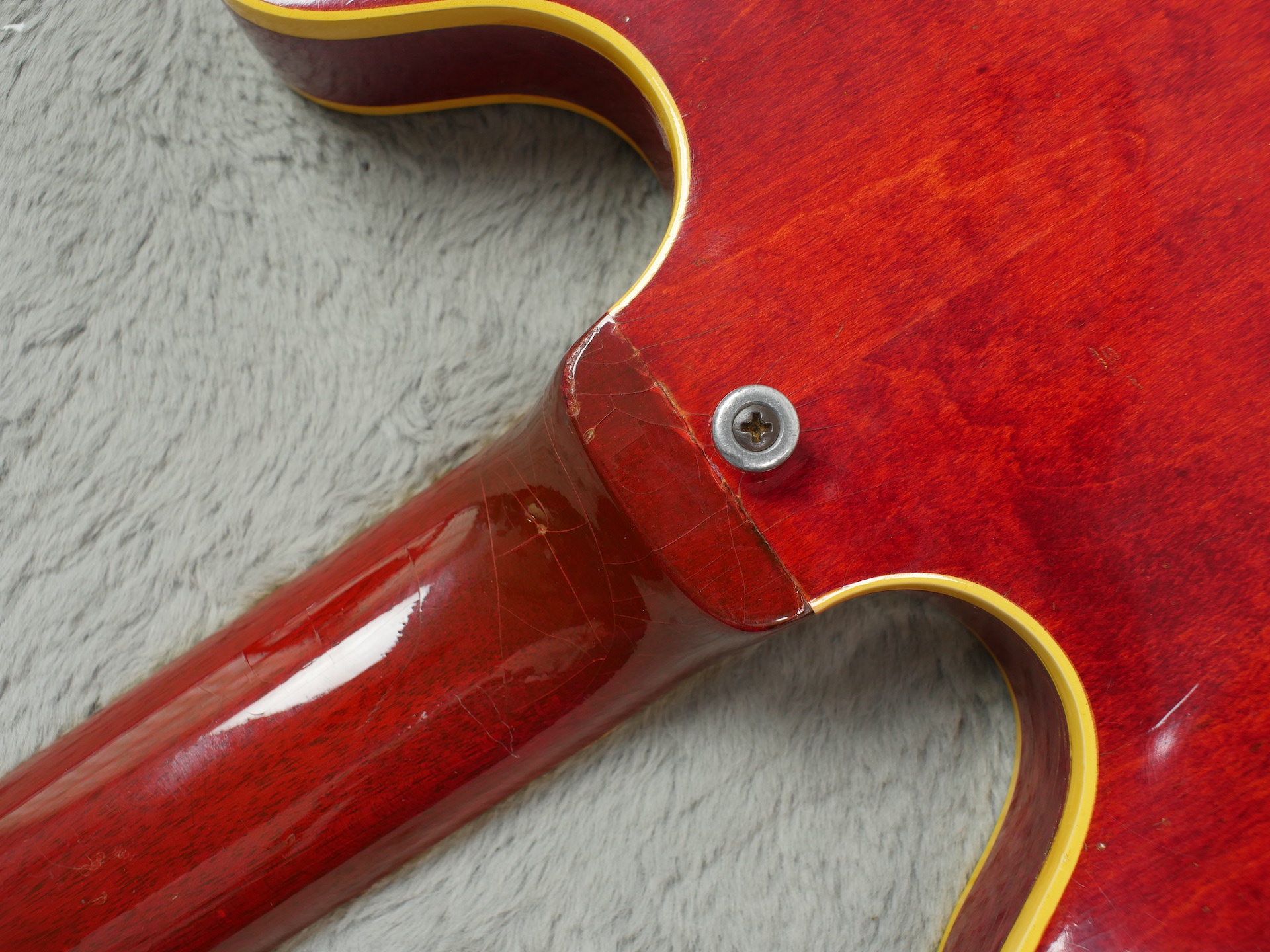 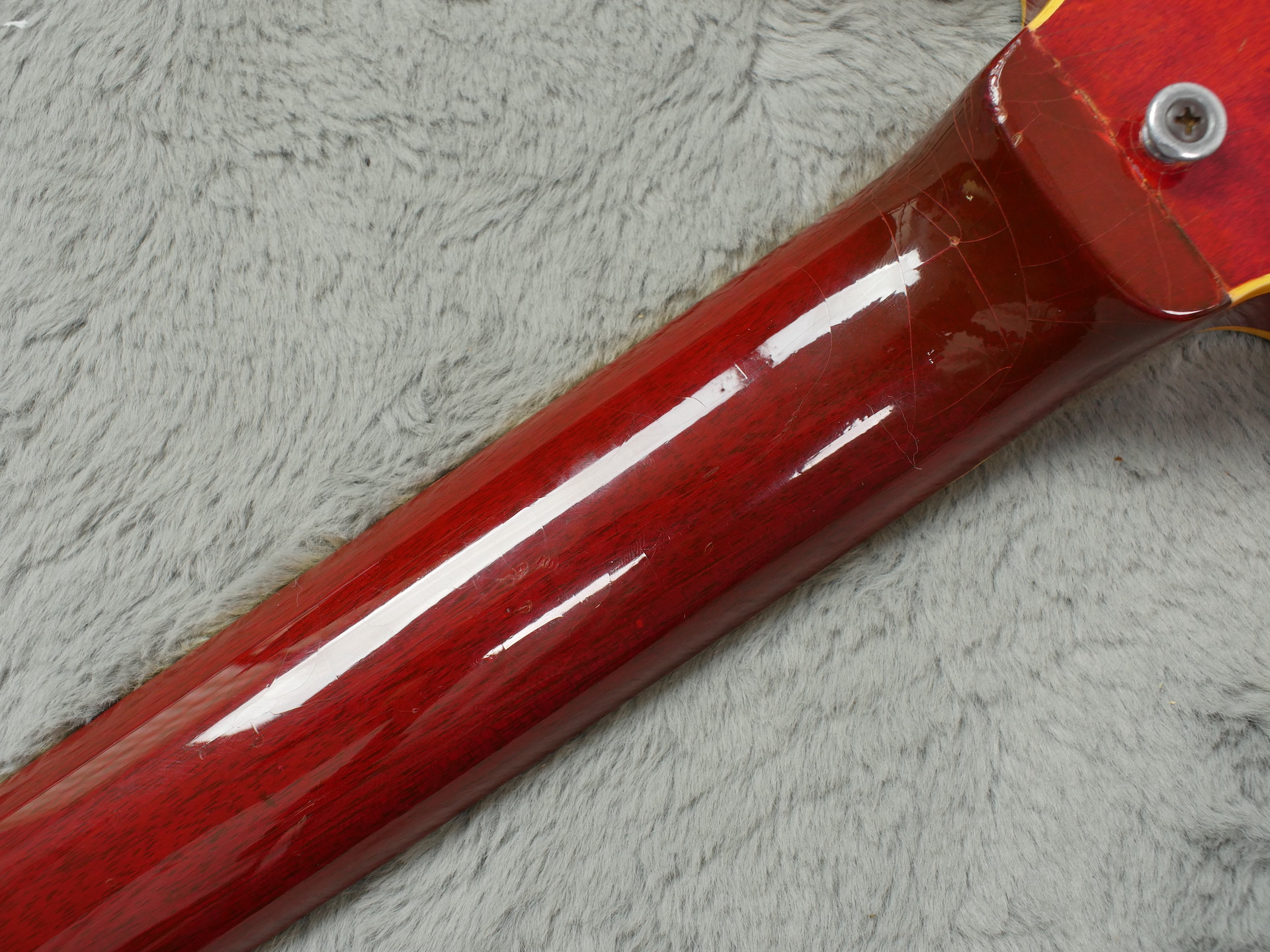 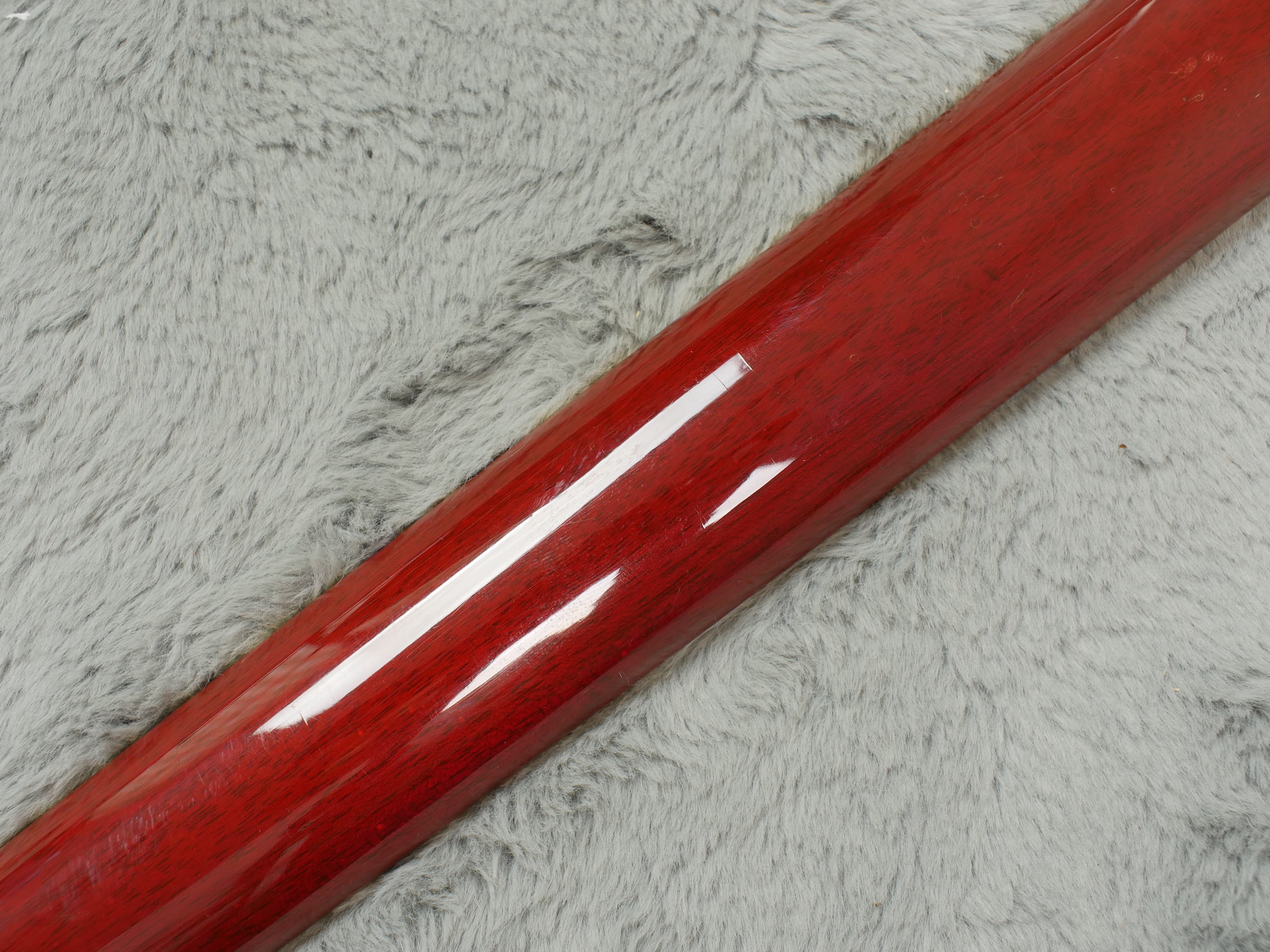 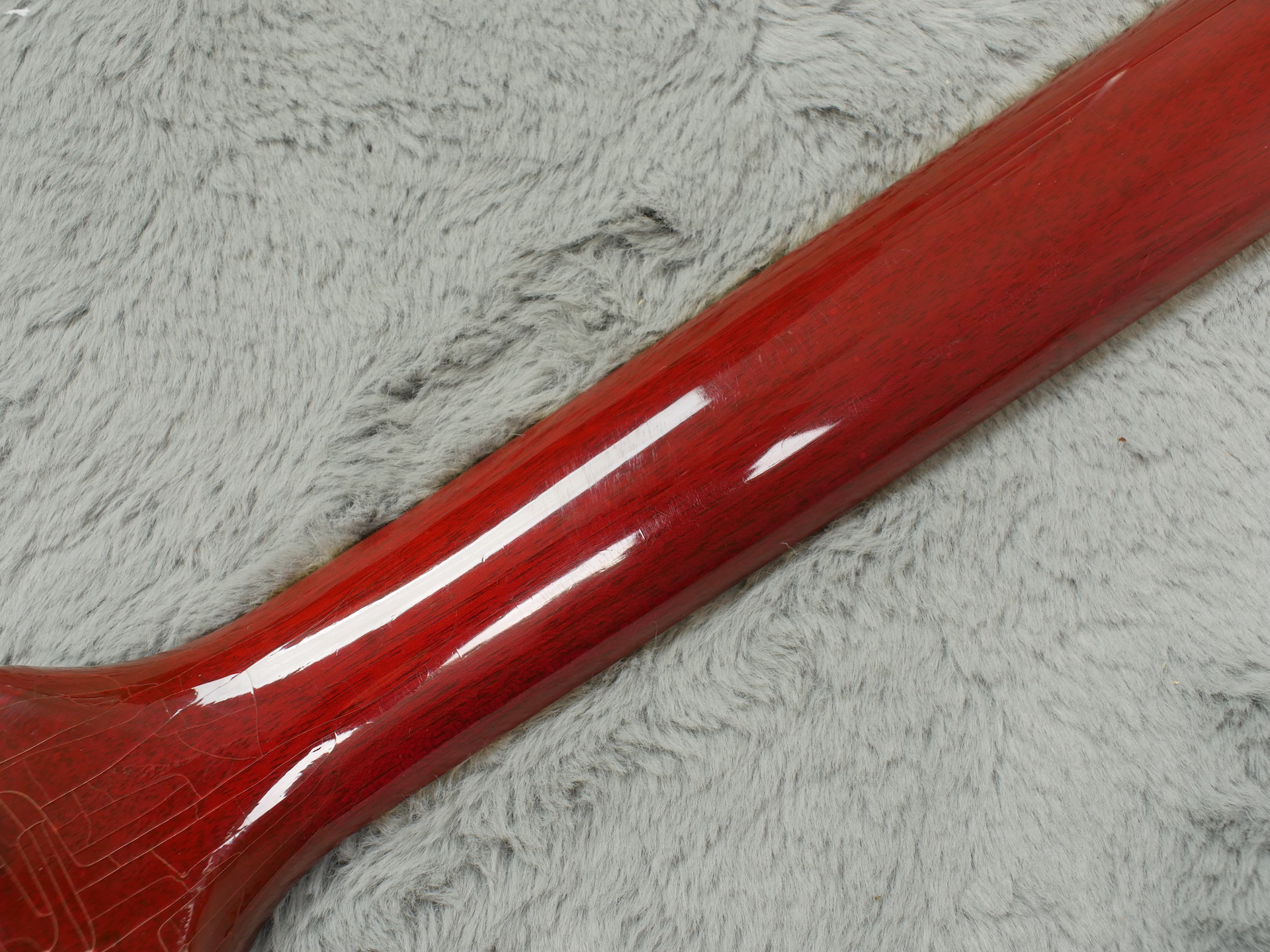 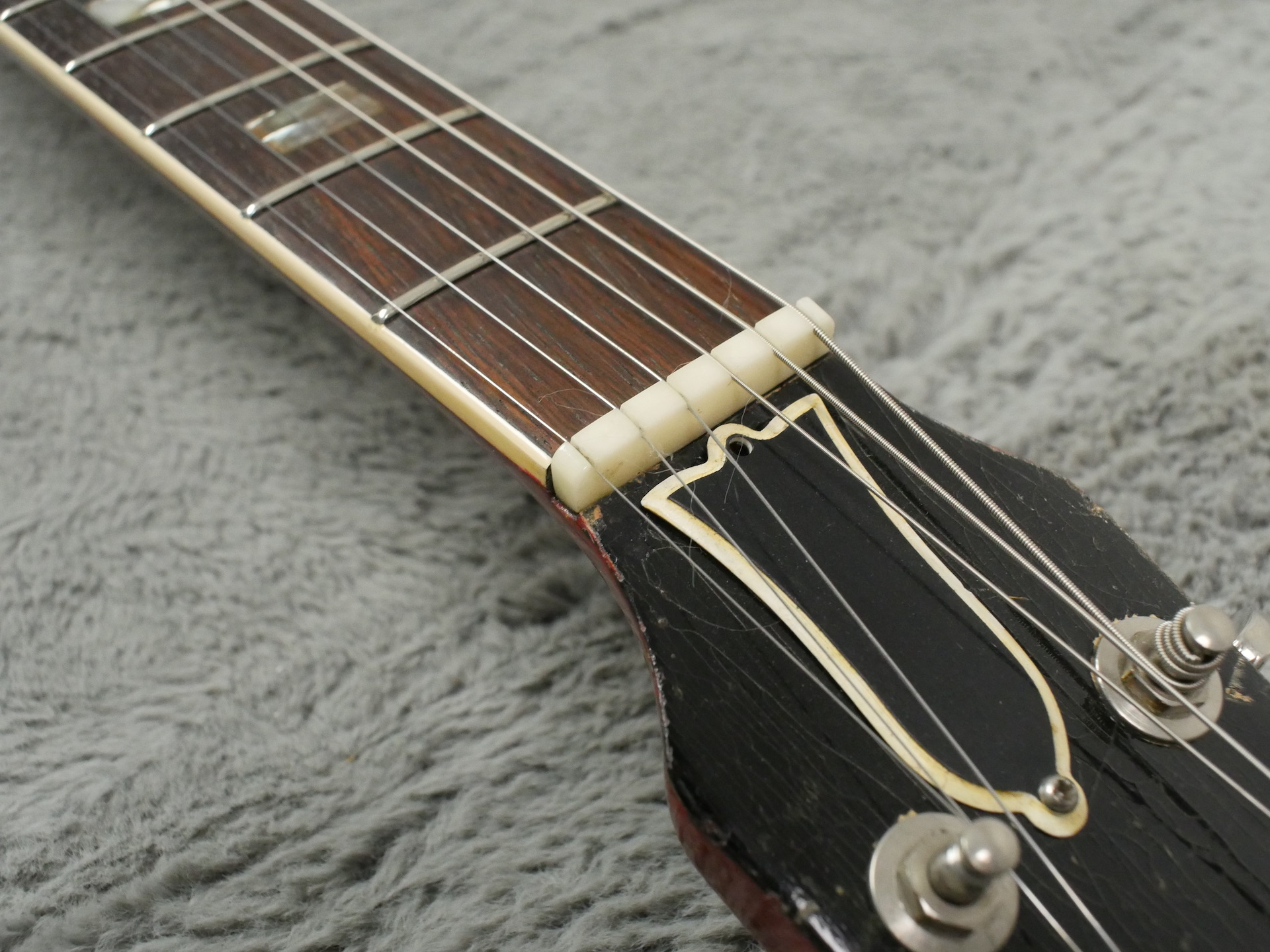 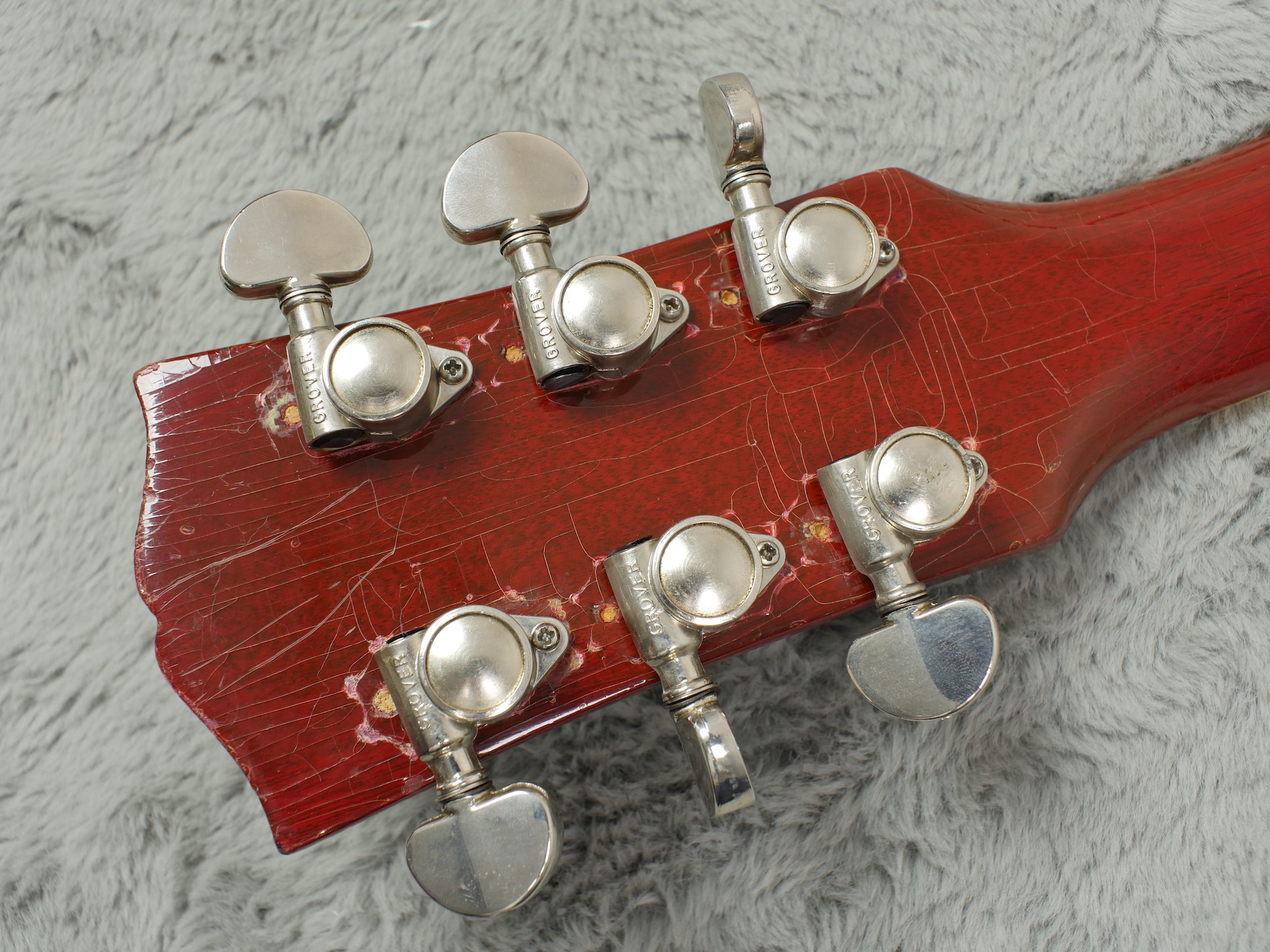 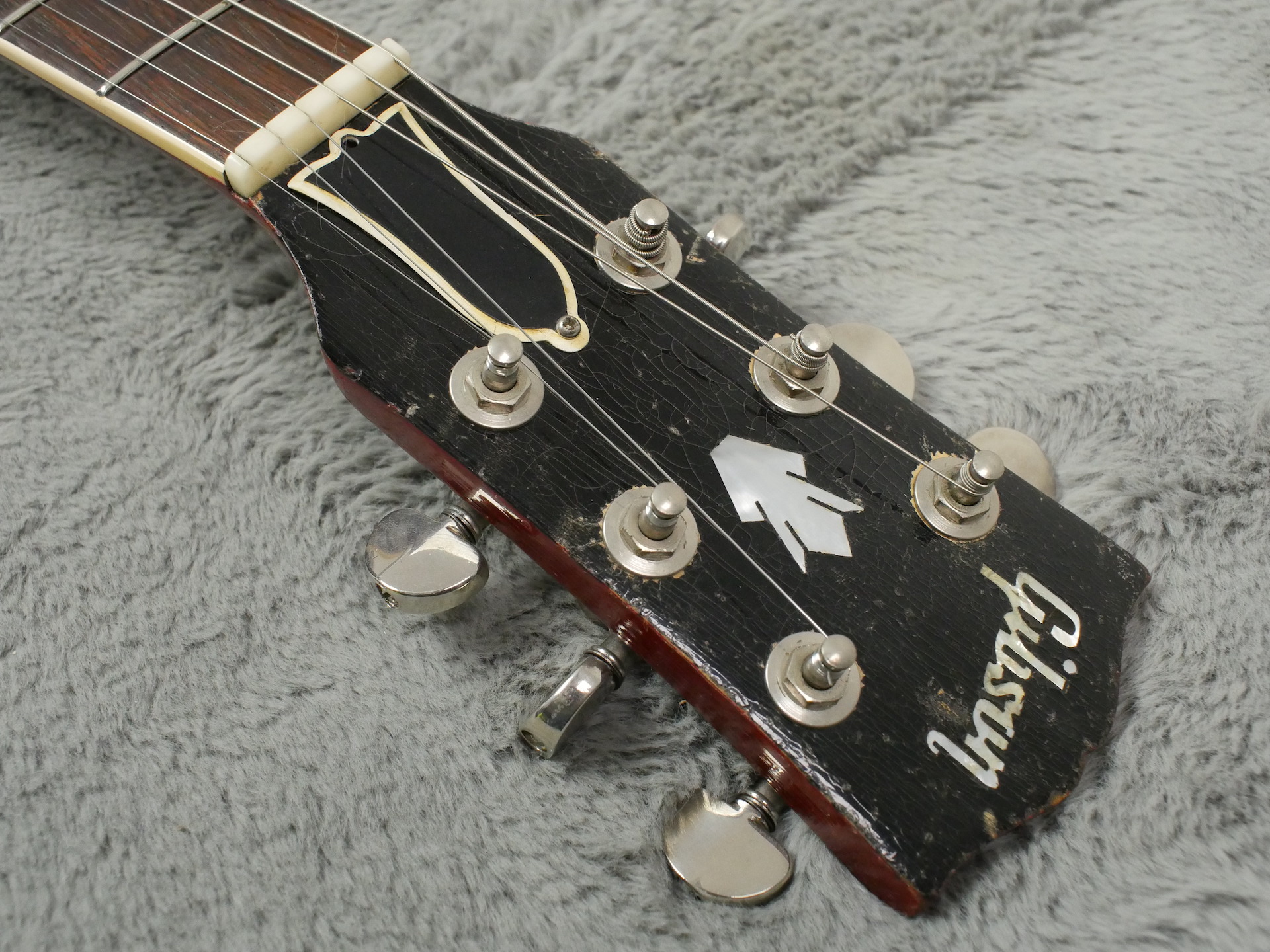 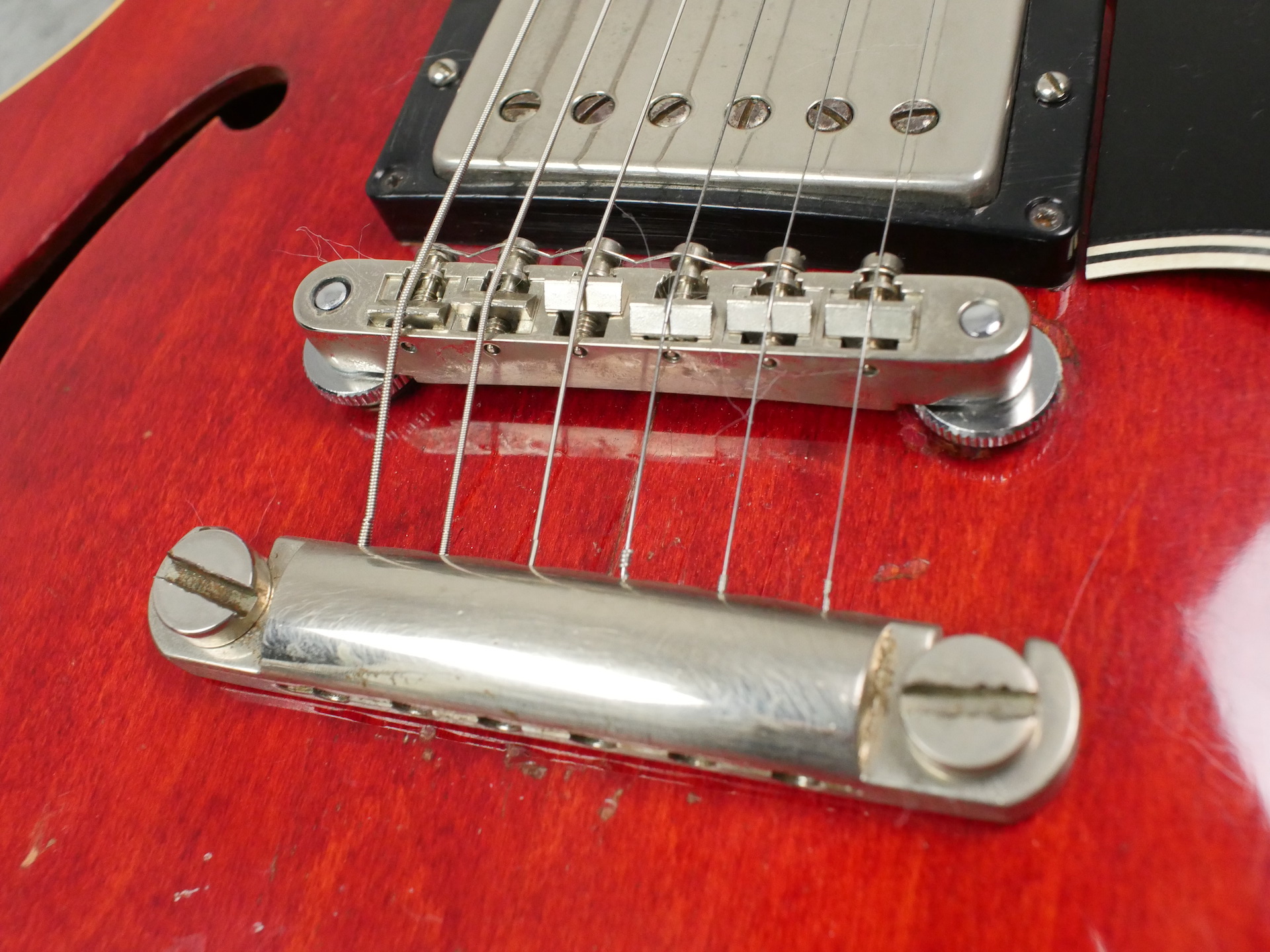 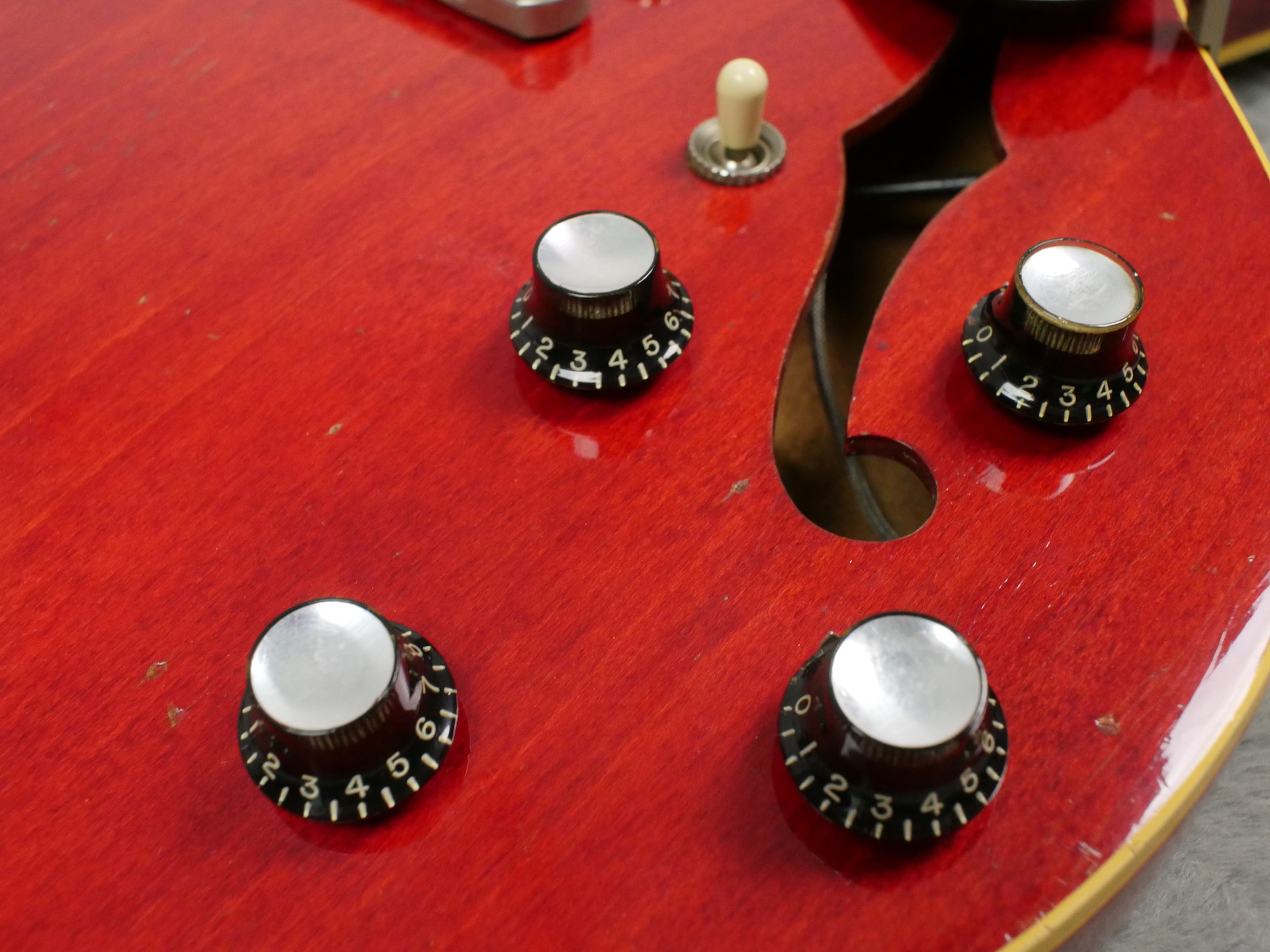 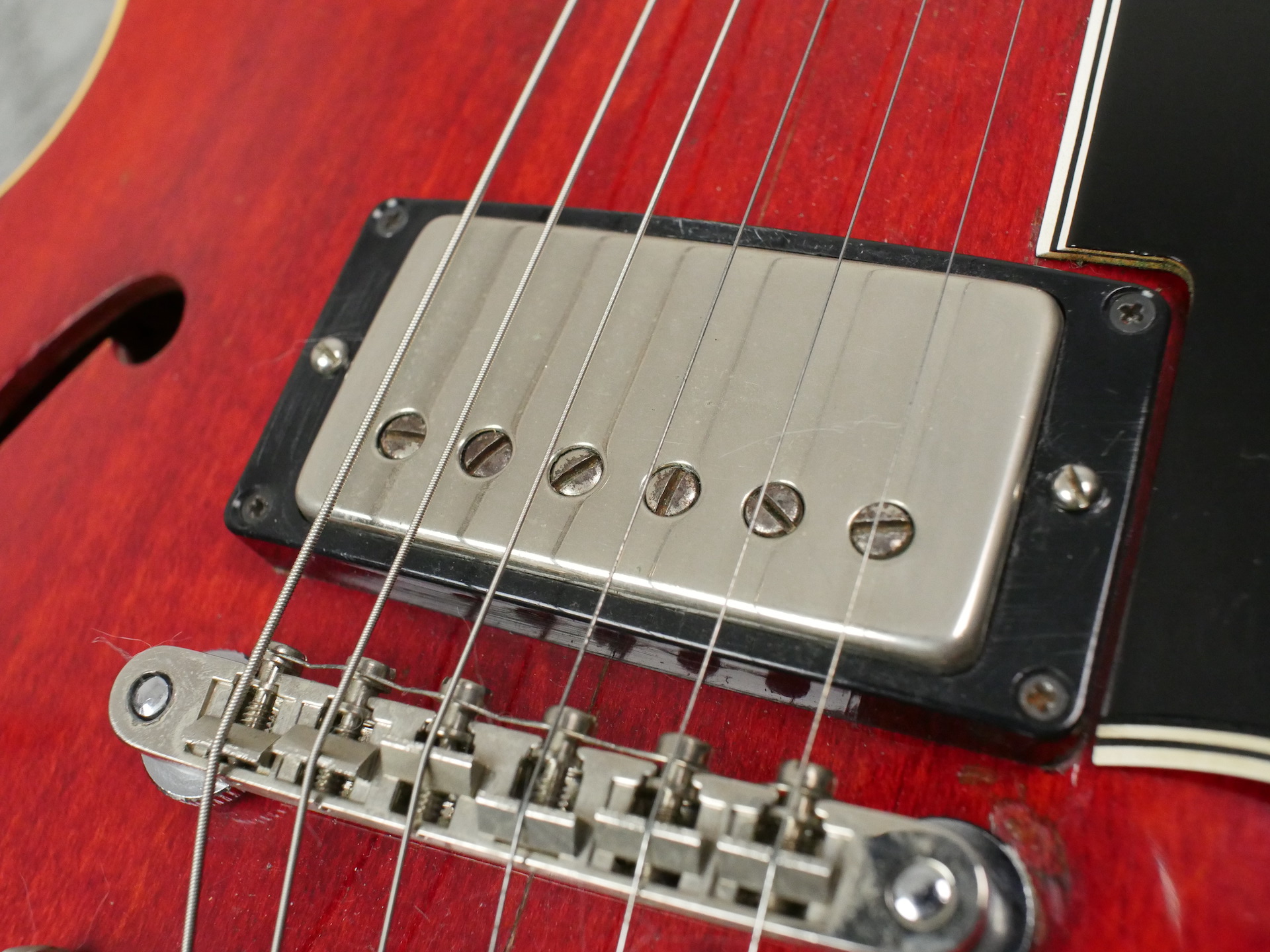 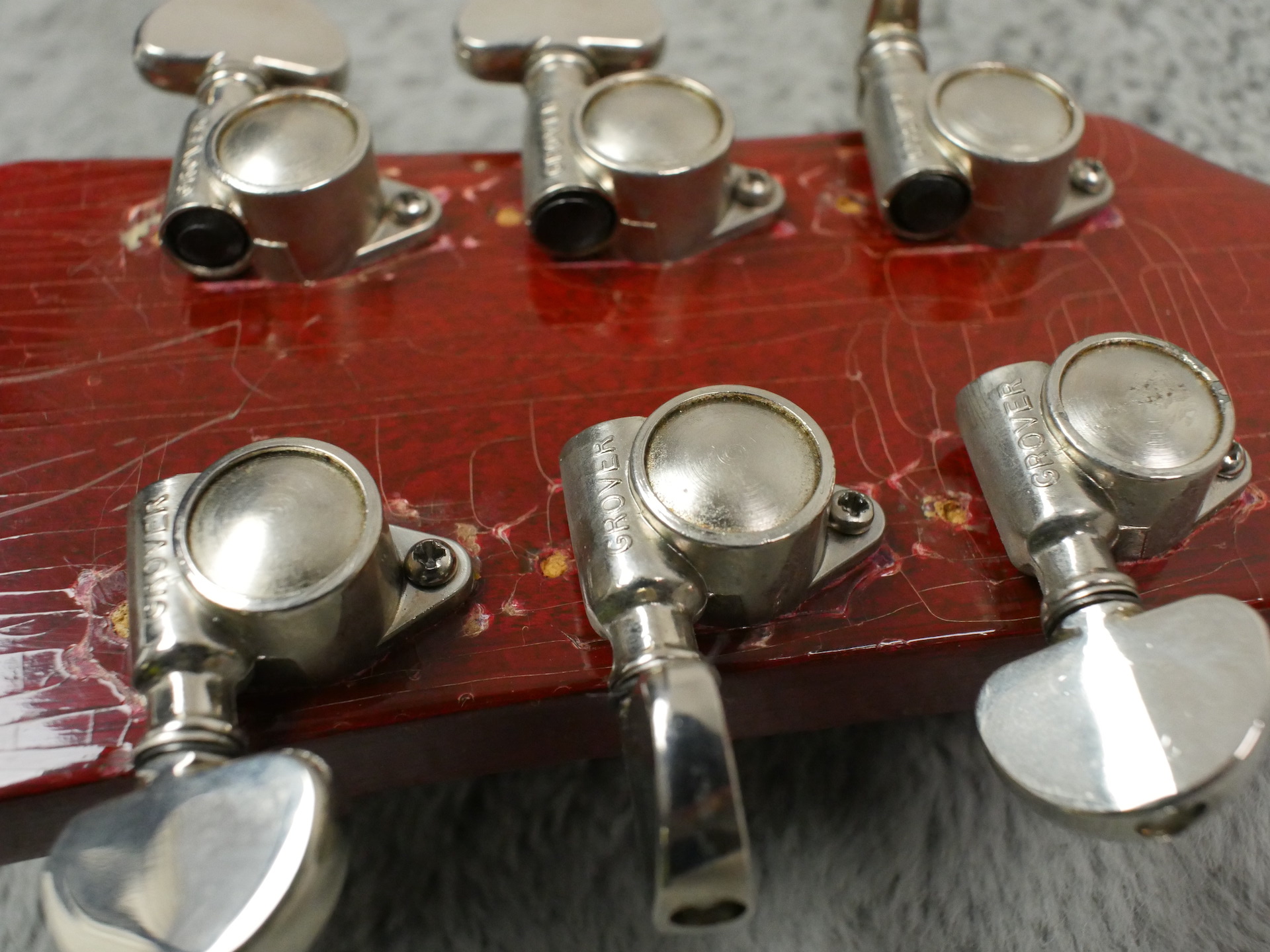 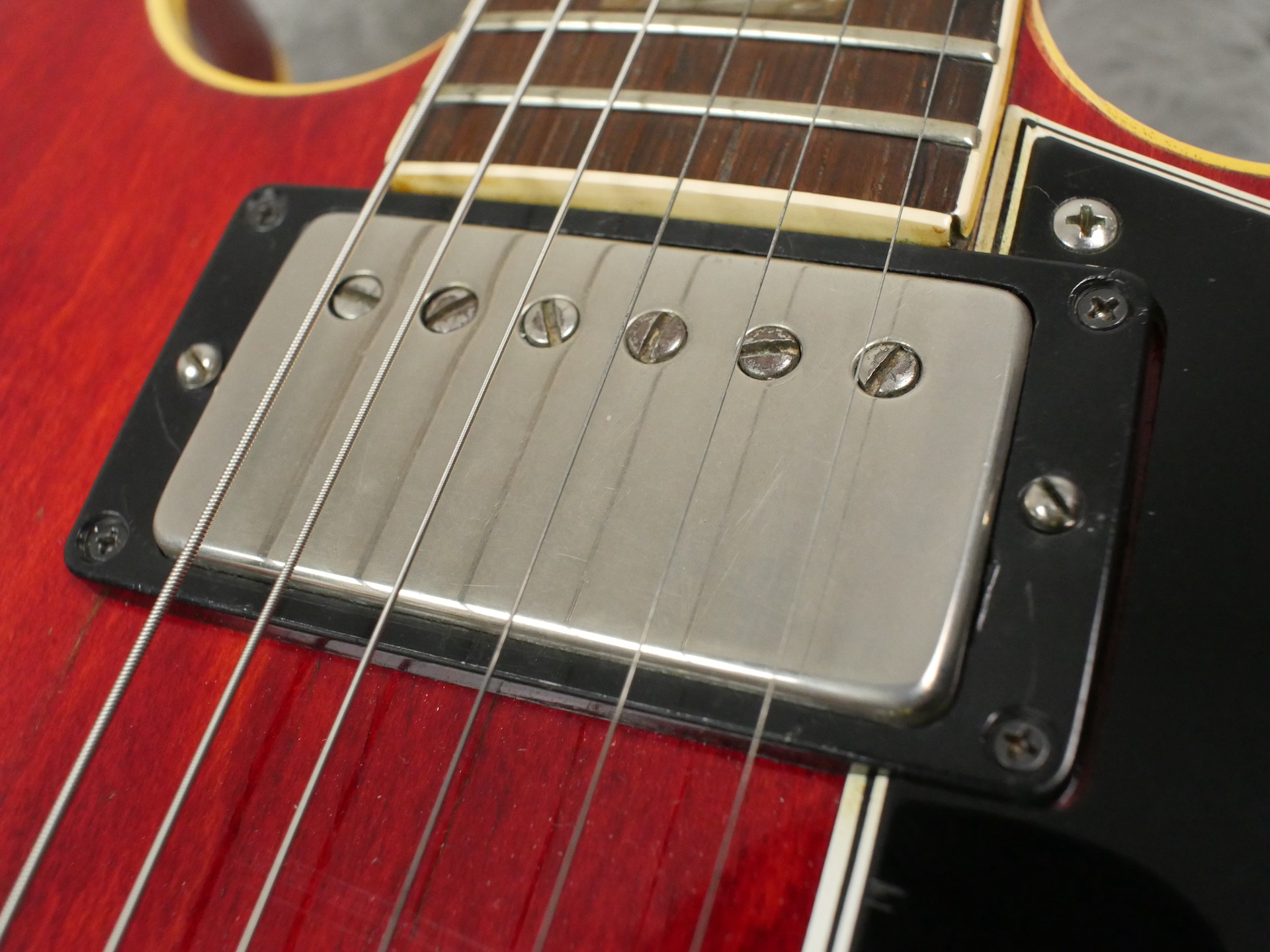