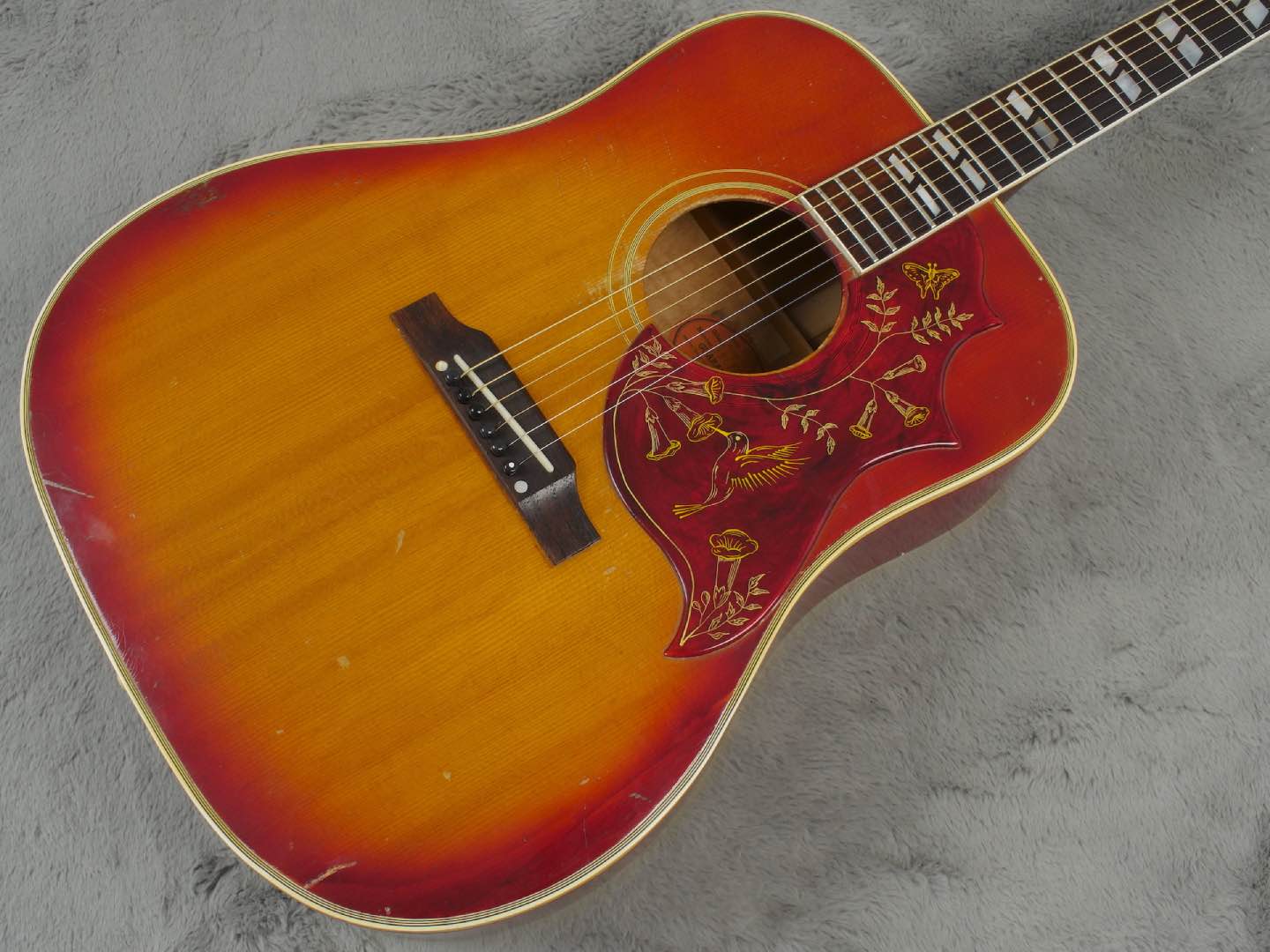 Here is something that you do not see every day, in fact this is only the second one we have seen and only the third one we know of. A strange thing happened in 1962/3 read on for more info...

Gibson’s first foray into square shouldered flattop acoustics came in the form of the Hummingbird in 1960, vaunted in the catalogue as “A fabulous new acoustical guitar—one of the finest ever made for voice accompaniment. The sound is big, and round, and full with the deep rumbly bass so prized by guitar players.” . The size, shape and X braced design gave the guitar a warm, rich tone that complemented the voice. An almost instant success, the guitar became popular with artists such as Gram Parsons, Jimmy Page, John McLaughlin and Keith Richards and is heard on countless records.

But hold on, this is a Hummingdove, what gives? The story goes that in 1962/3 the Hummingbird’s popularity was such that Gibson struggled to keep up with demand. Released in 1962 and using the same design and construction methods but this time with Maple back and sides, the Dove was not quite as popular so some of these guitars were pulled off the production line and fitted with a Hummingbird pickguard and bridge and sent out as Hummingbirds. this practice only happened in 1962/3 making these quite a rare bird indeed…

This is a great example. Its undoubtedly been well played as the top seems to attest but hasn’t faded and the cherry hue of the burst is still incredibly vibrant. This goes for the back and sides too where the cherry really brings out the subtle undulations of the maple. There is some wonderfully checking all over too, adding to the character.

The neck is in good shape too with no real signs of wear which is the same on the fretboard. The original frets have some life left in them and don’t show signs of excessive wear. The headstock has sustained a little damage. There is a chip missing at the back near the G tuner. Luckily this has only affected the back and not damaged the facia. The tuners are correct and though some of the buttons have shrivelled they still work well and don’t show any sign of further degradation.

The saddle has been replaced at some stage with a bone type saddle that does a great deal for the tone and we think the bridge pins may be later.

The guitar comes with its correct Lifton case, with the Lifton logo intact inside the case.

The 25.5” scale of this guitar gives it a precsenece that can be lacking in other Gibson acoustics with the 24.5” scale length. The extra tension helps chords ring out and gives the guitar a fantastic dynamic range that reacts well to either a light touch or a heavier hand. There is no doubt as to why these were so poplar with a wide range of musicians.

A rare bird indeed, this would make an excellent addition to any collection. 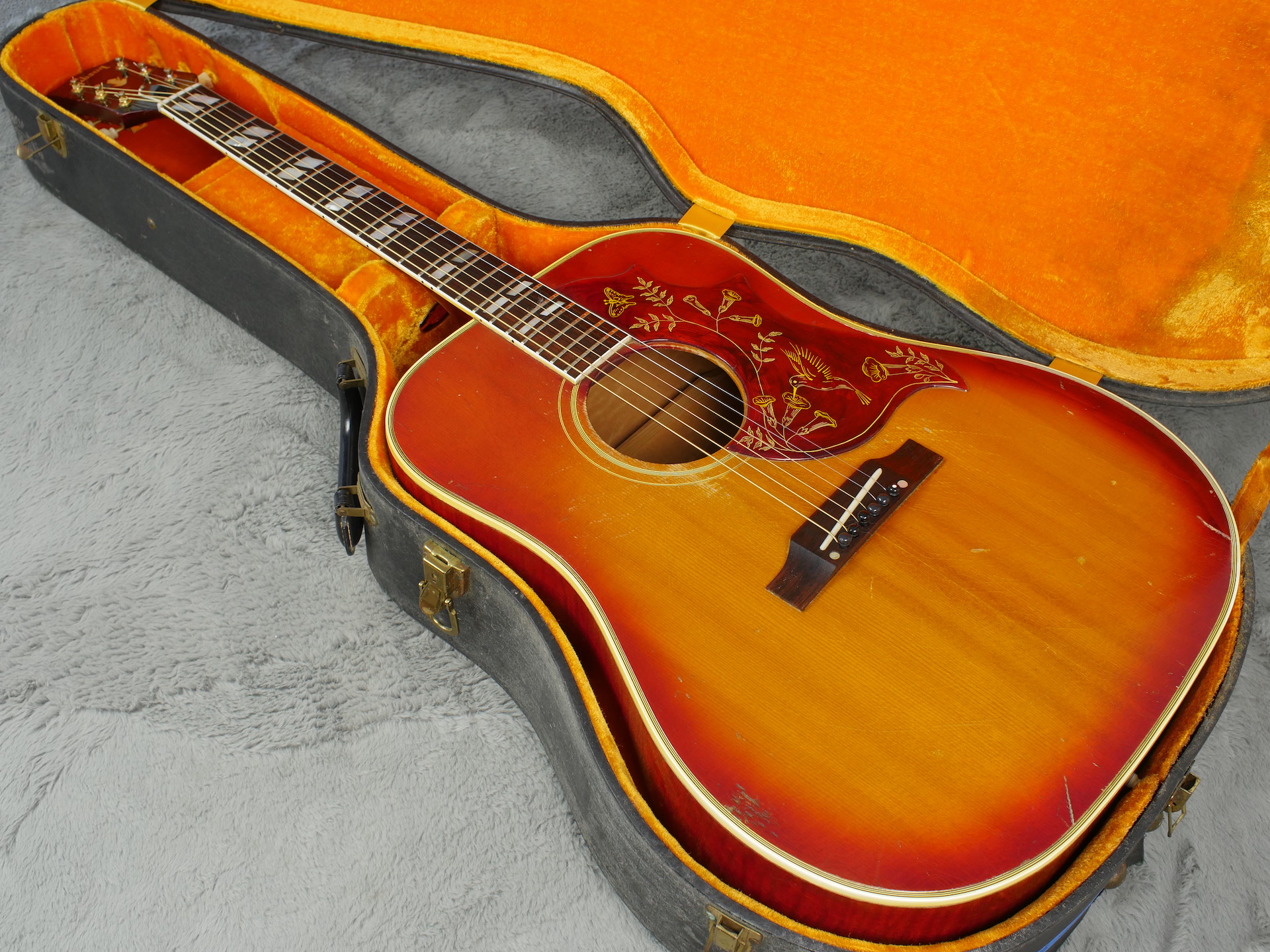 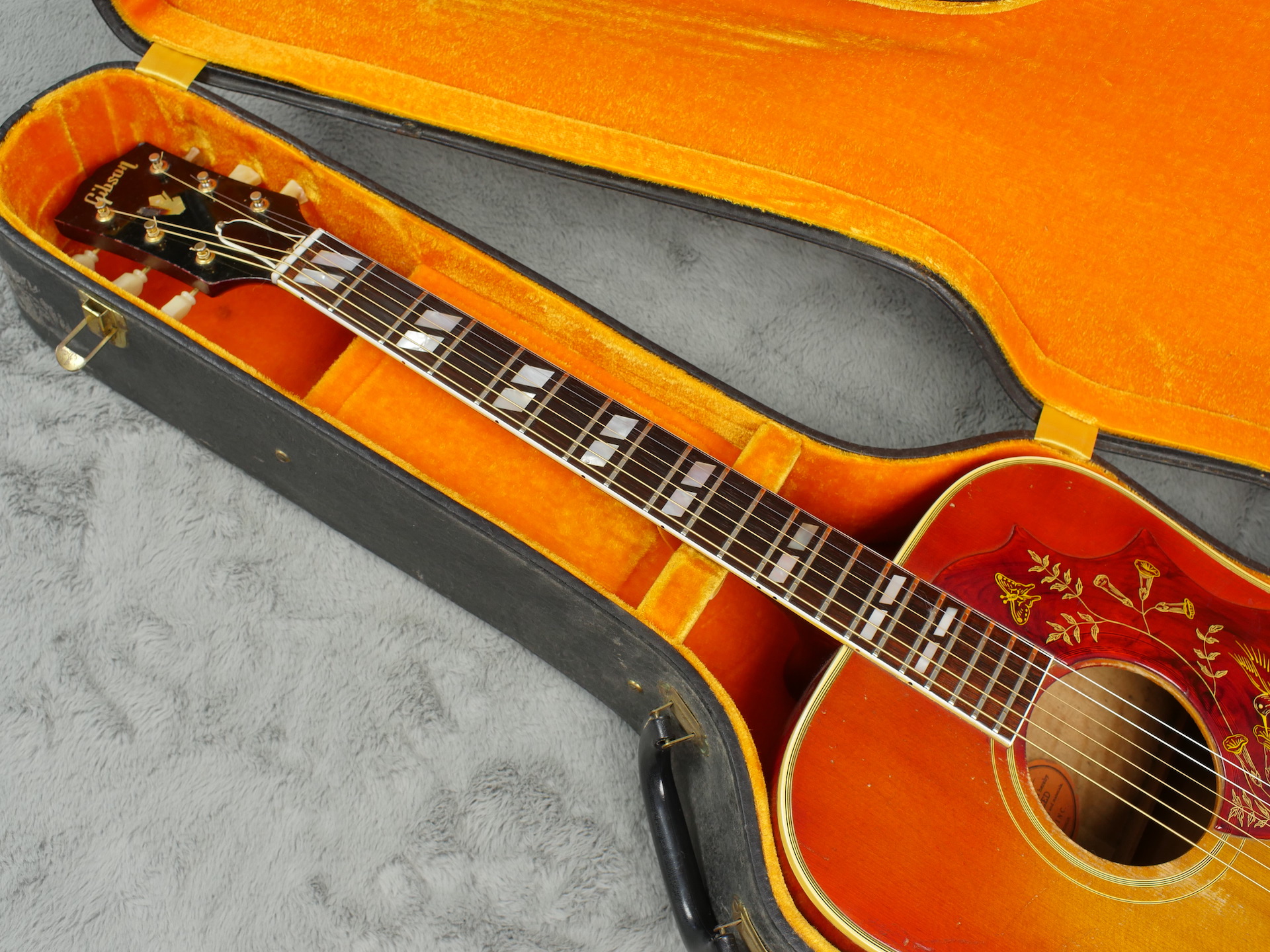 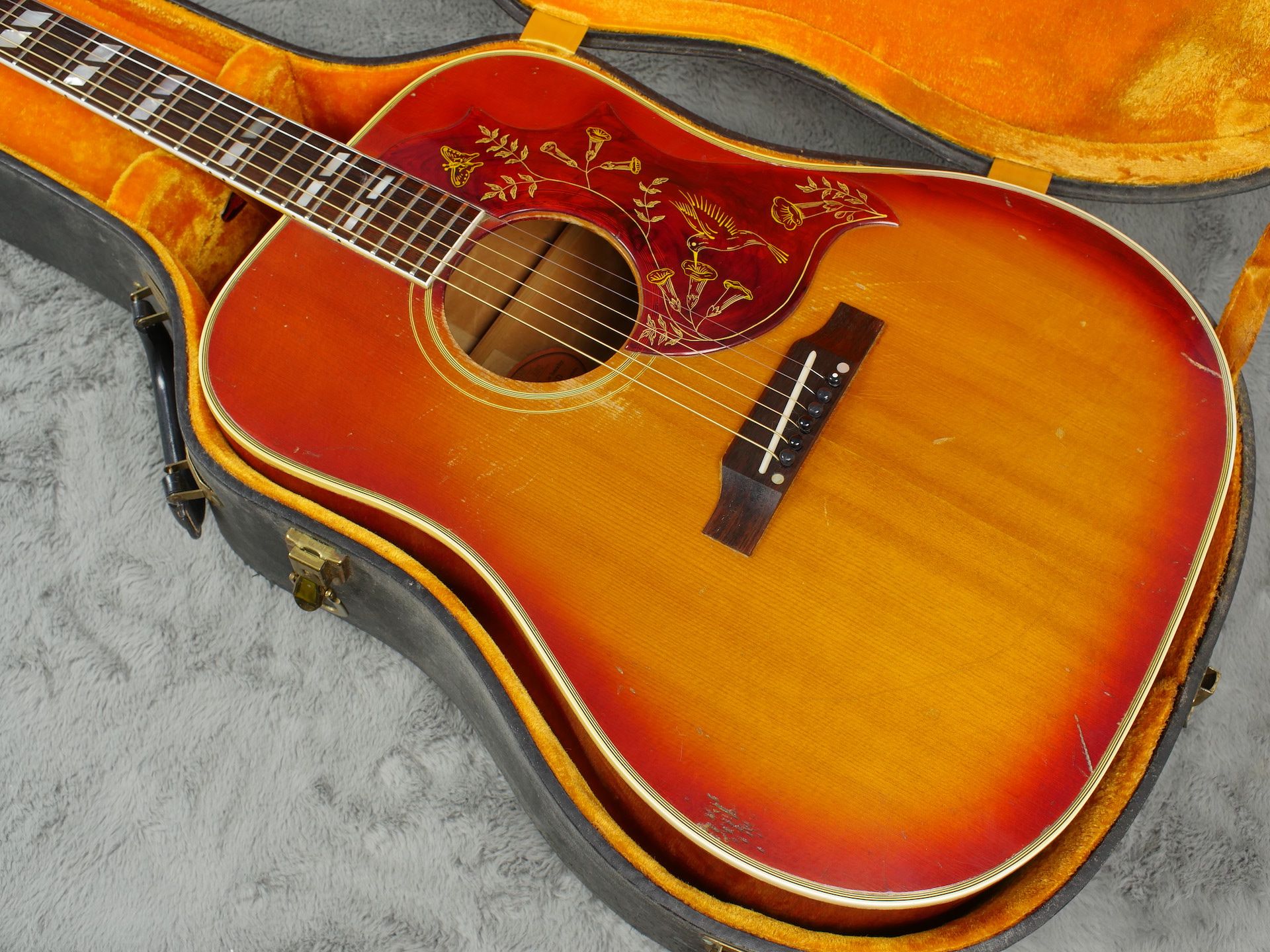 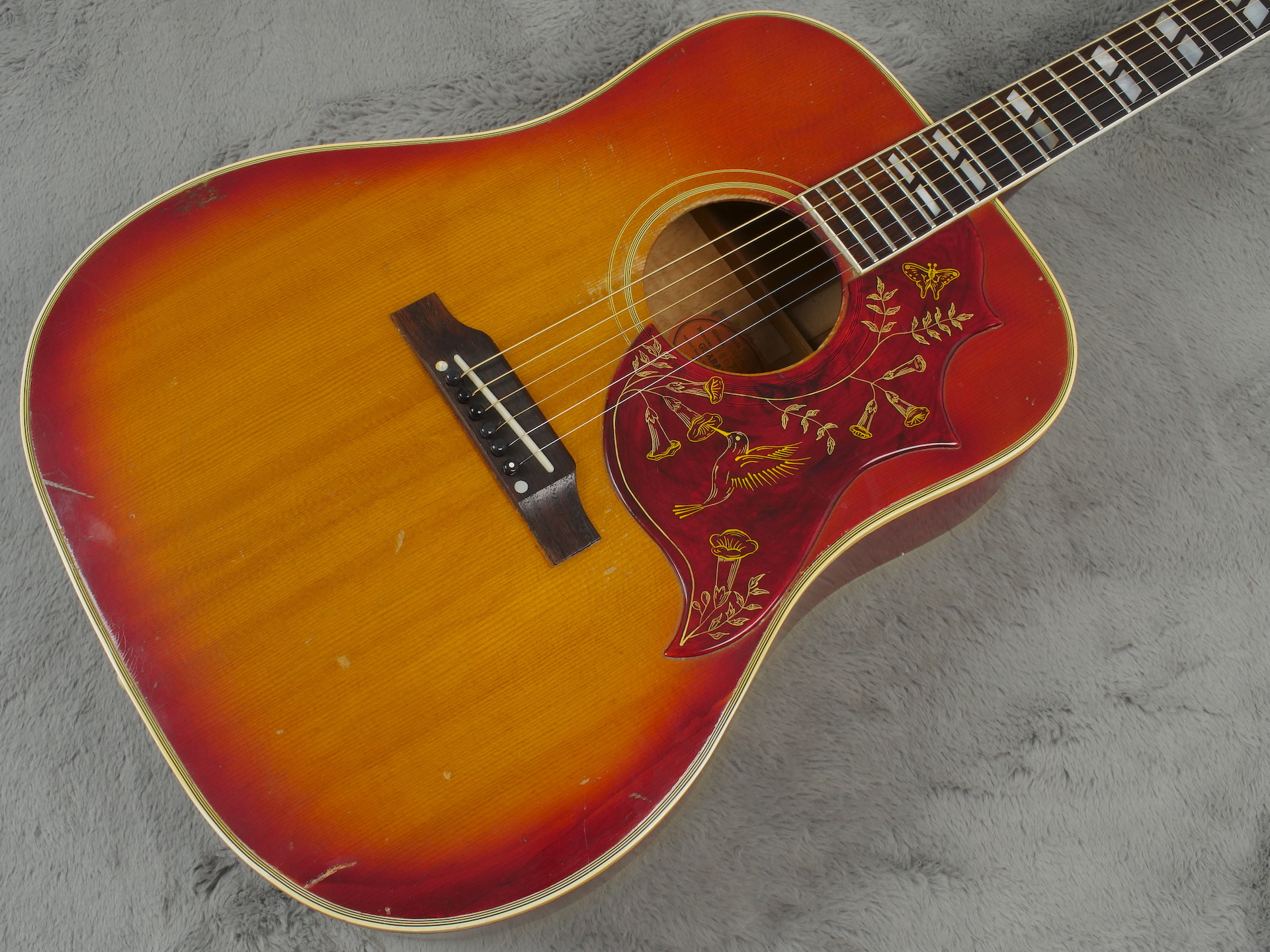 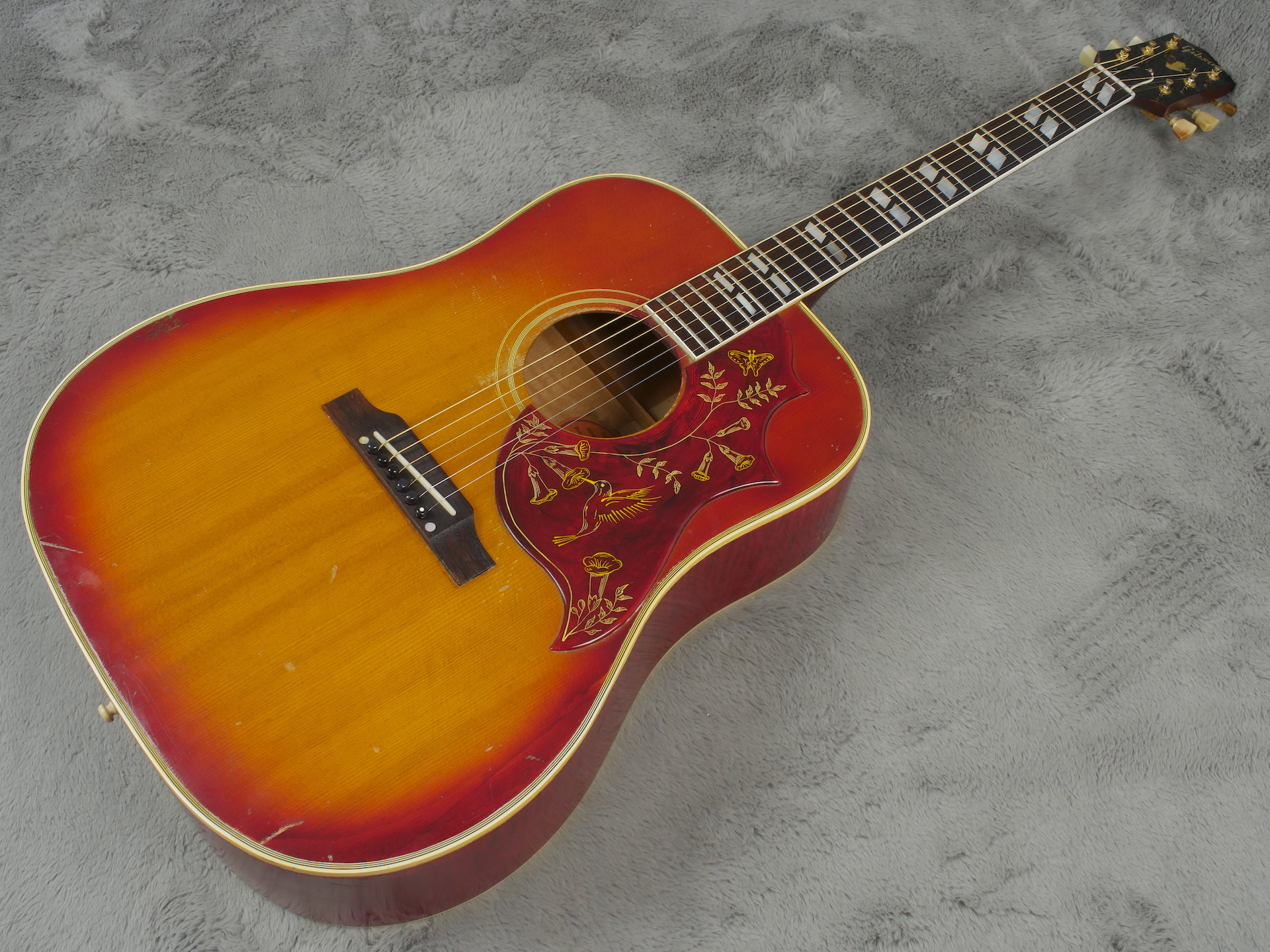 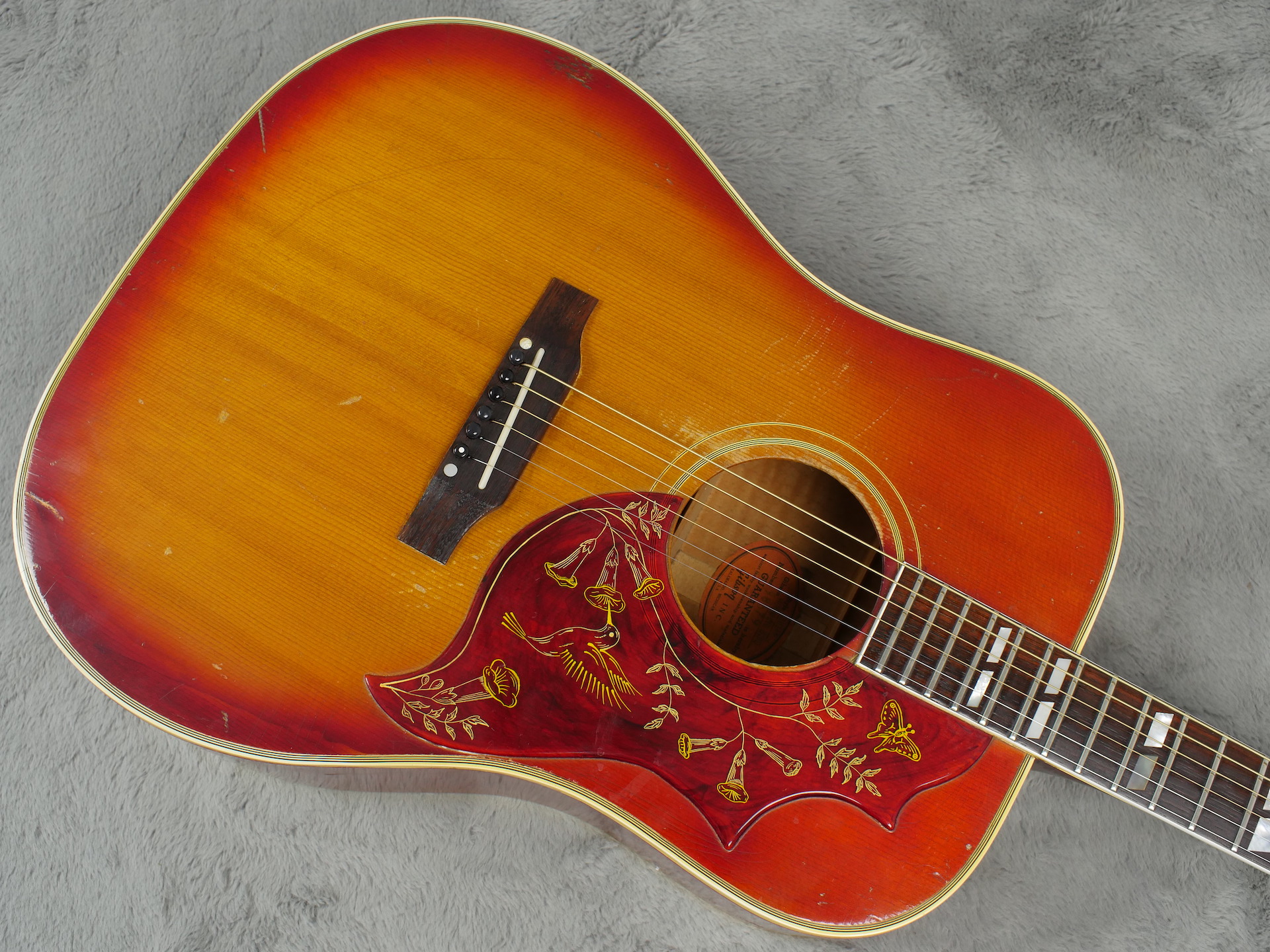 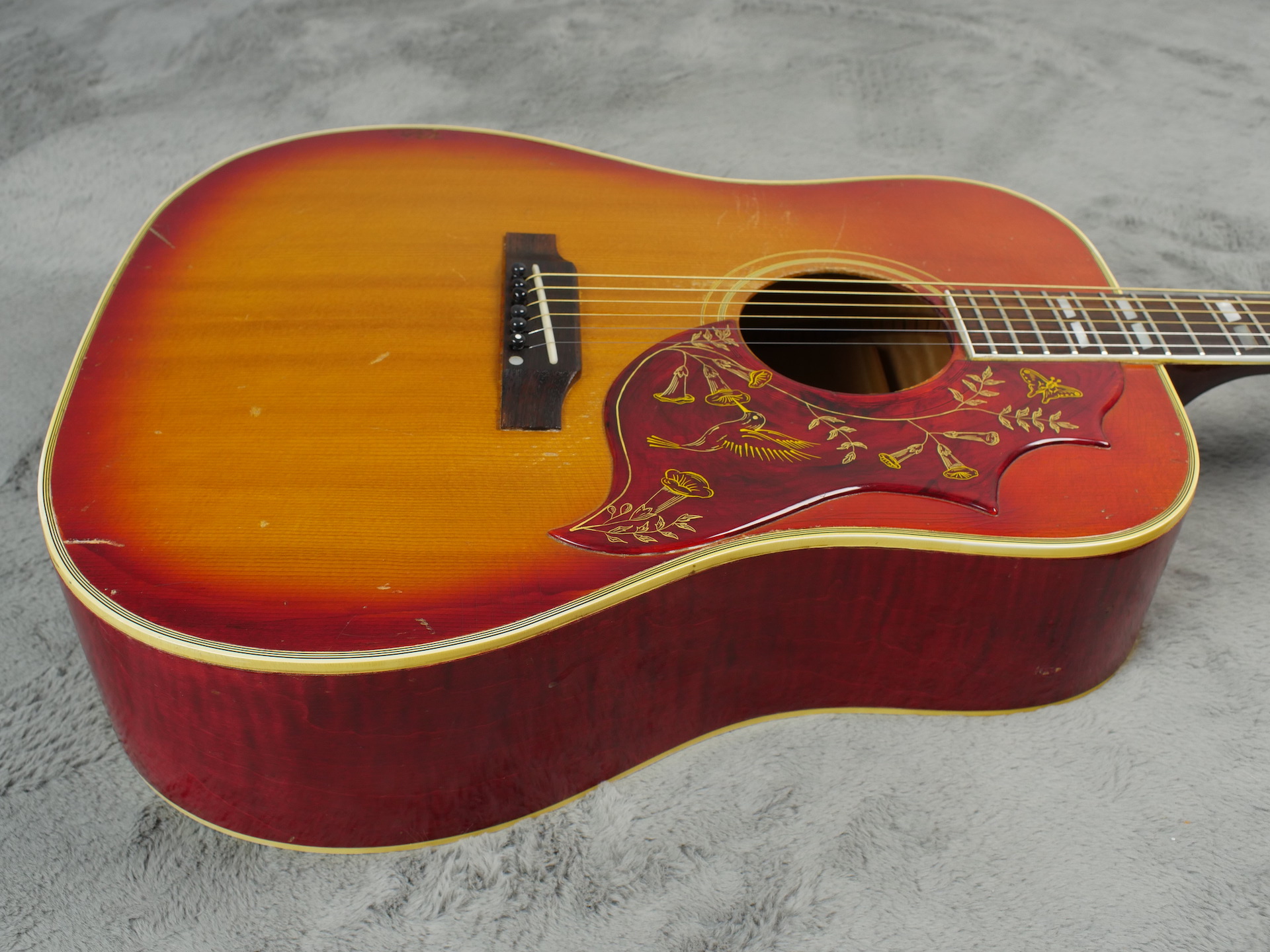 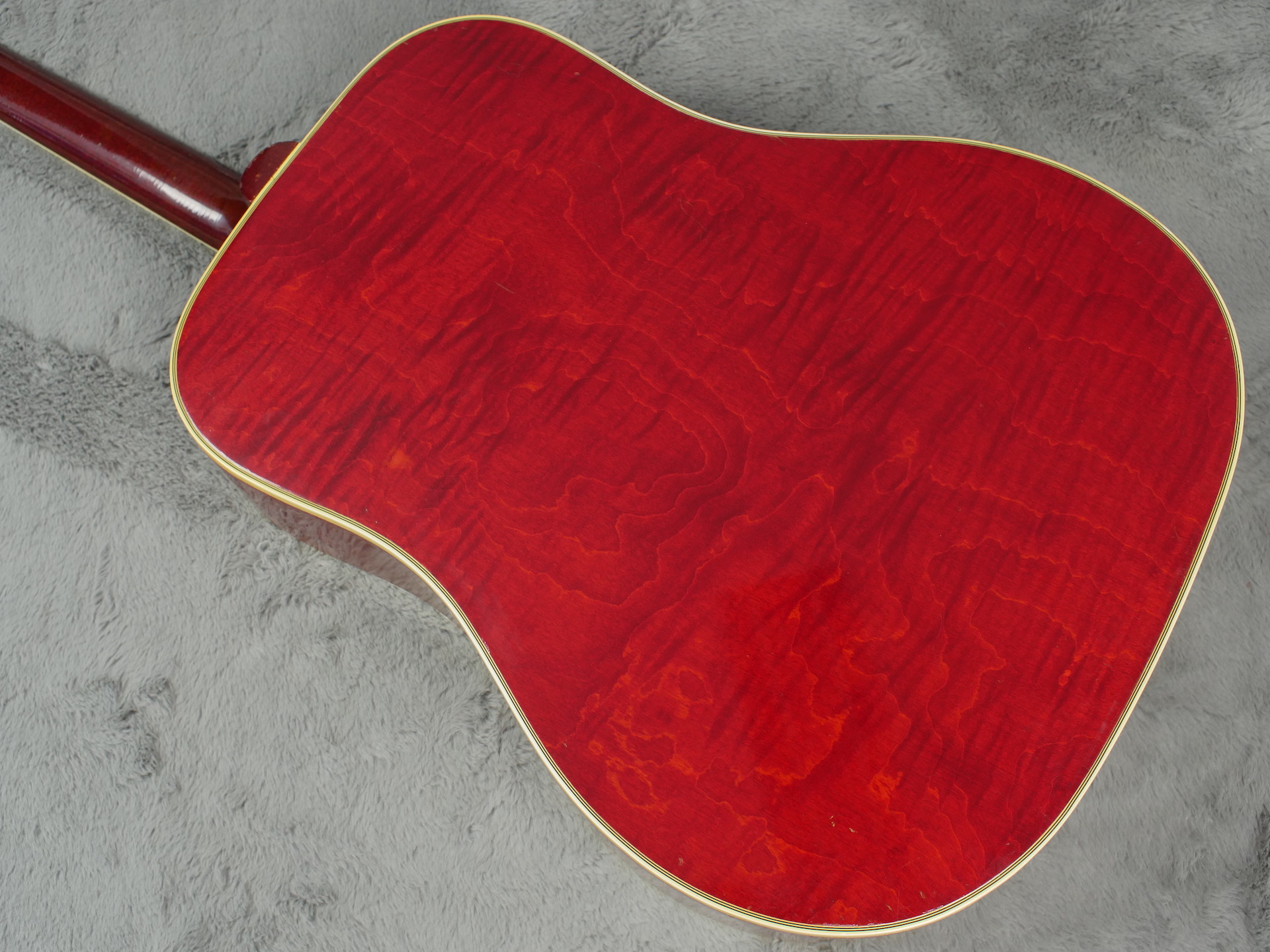 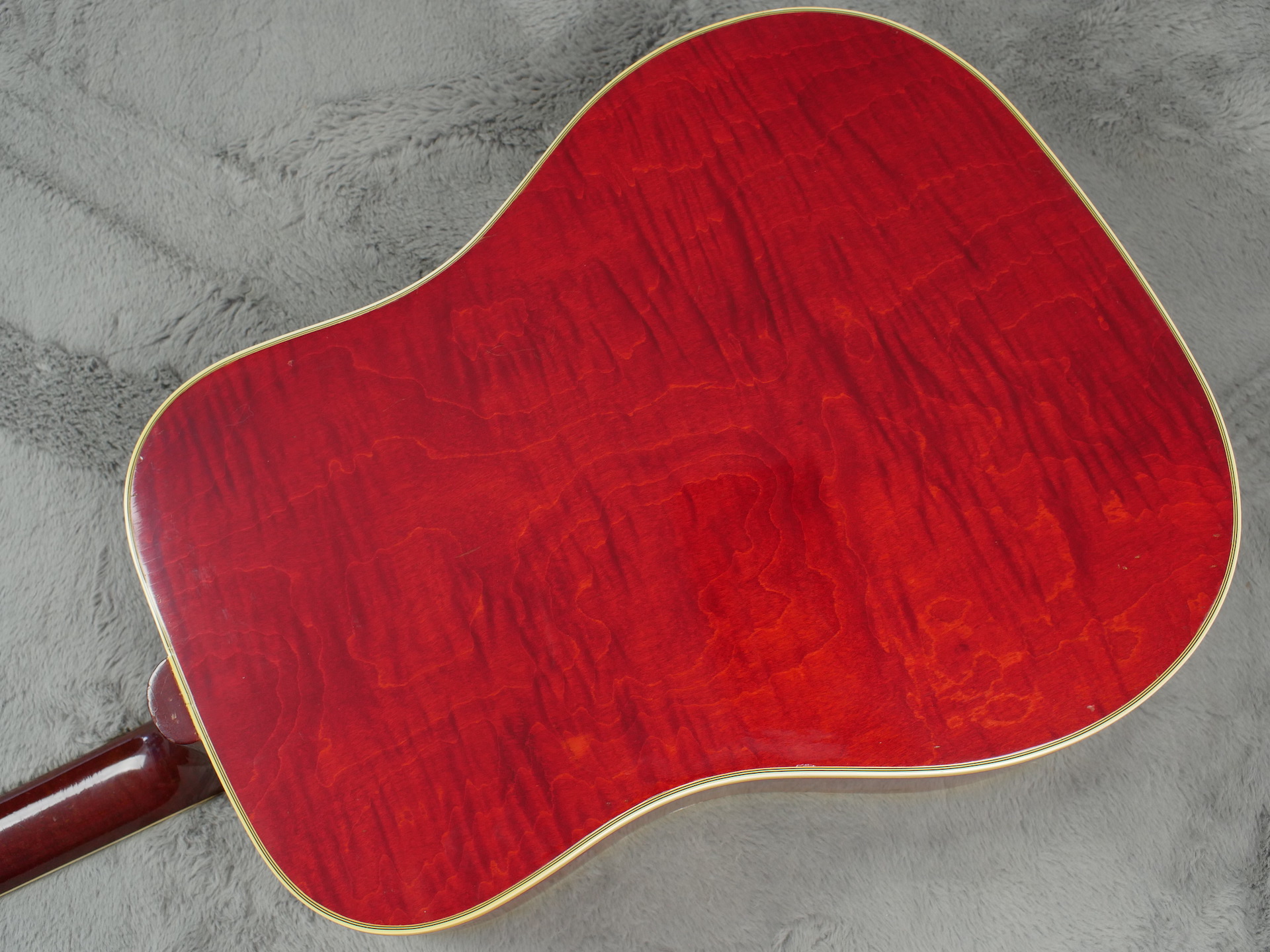 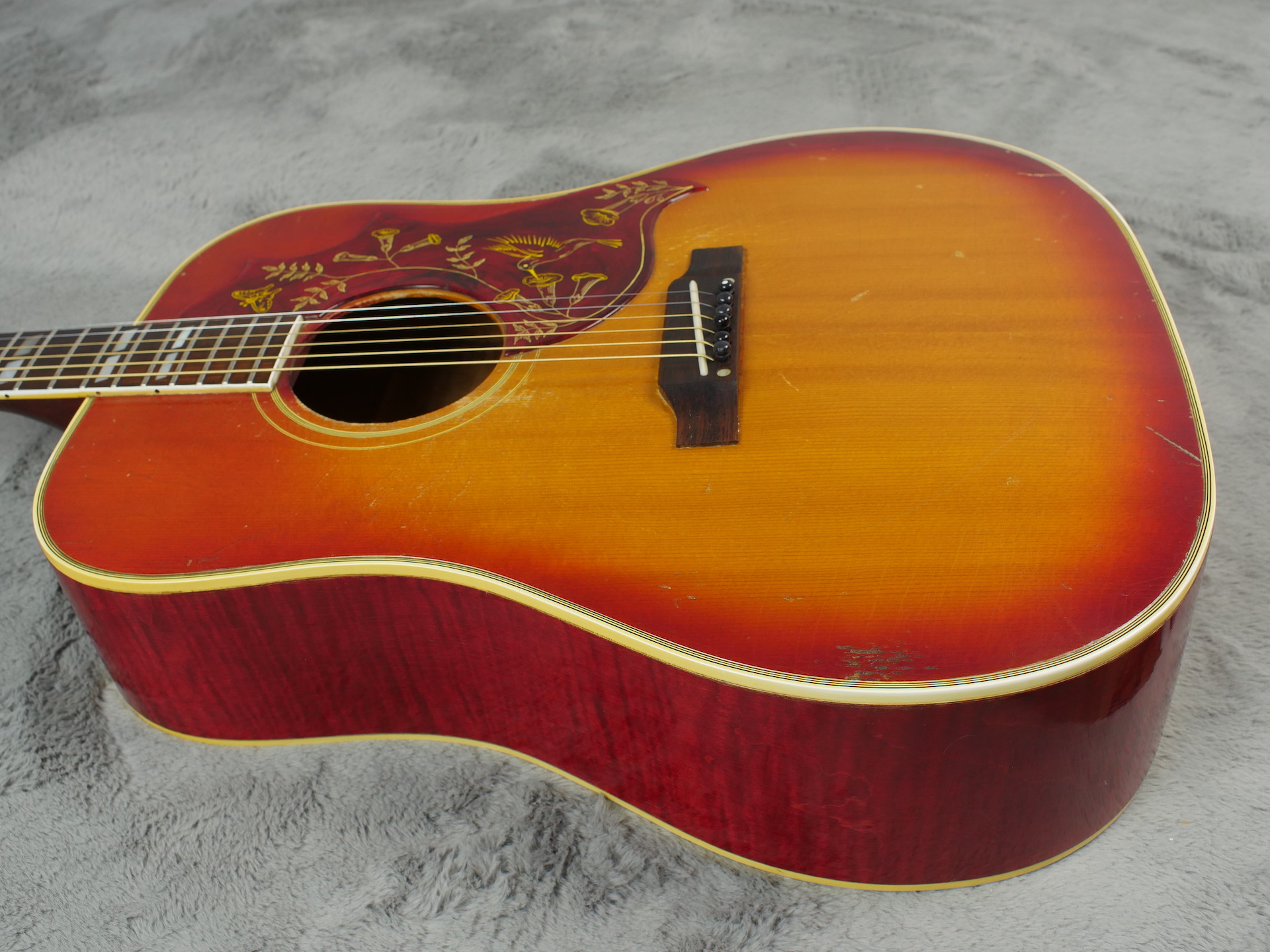 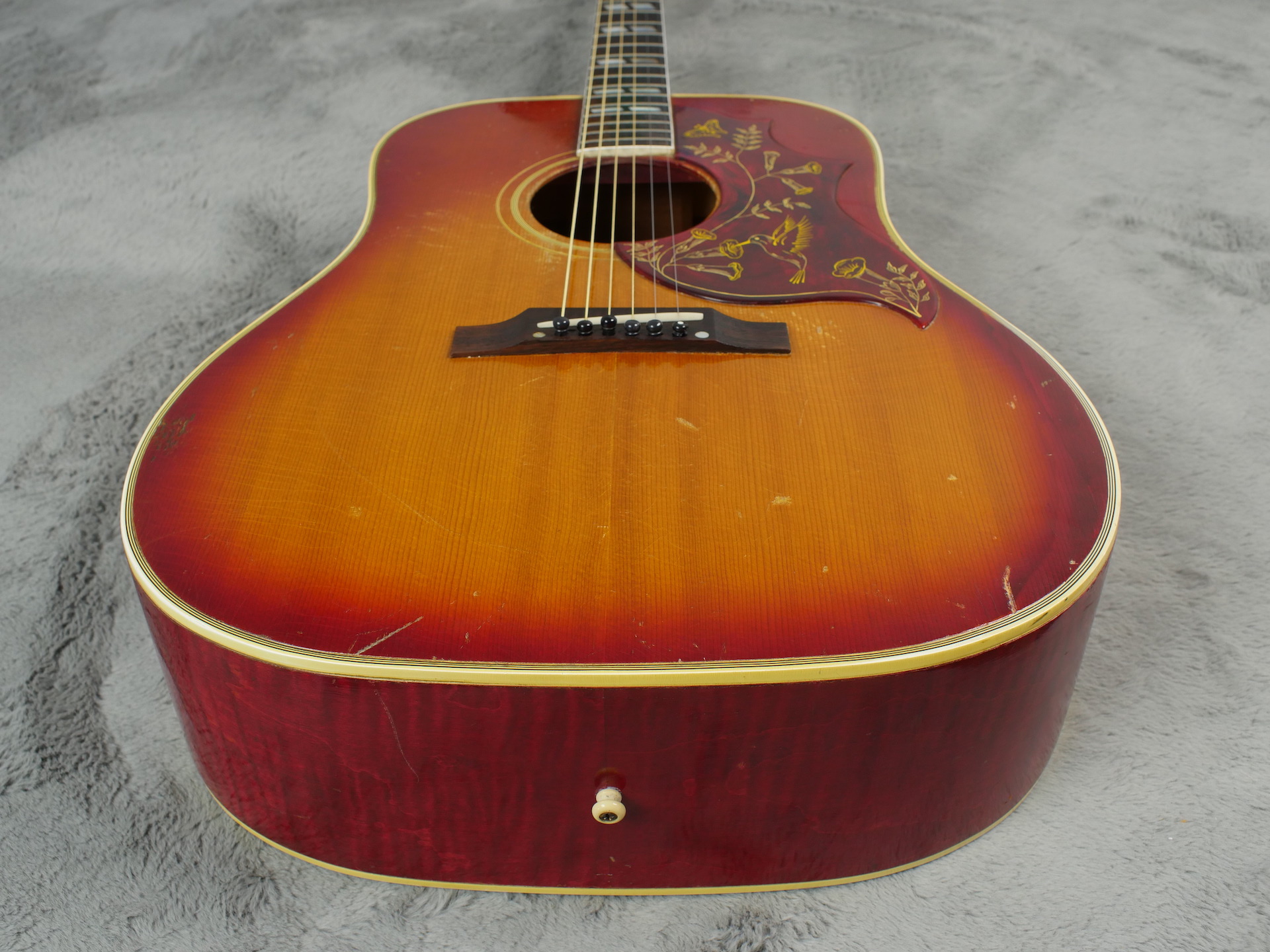 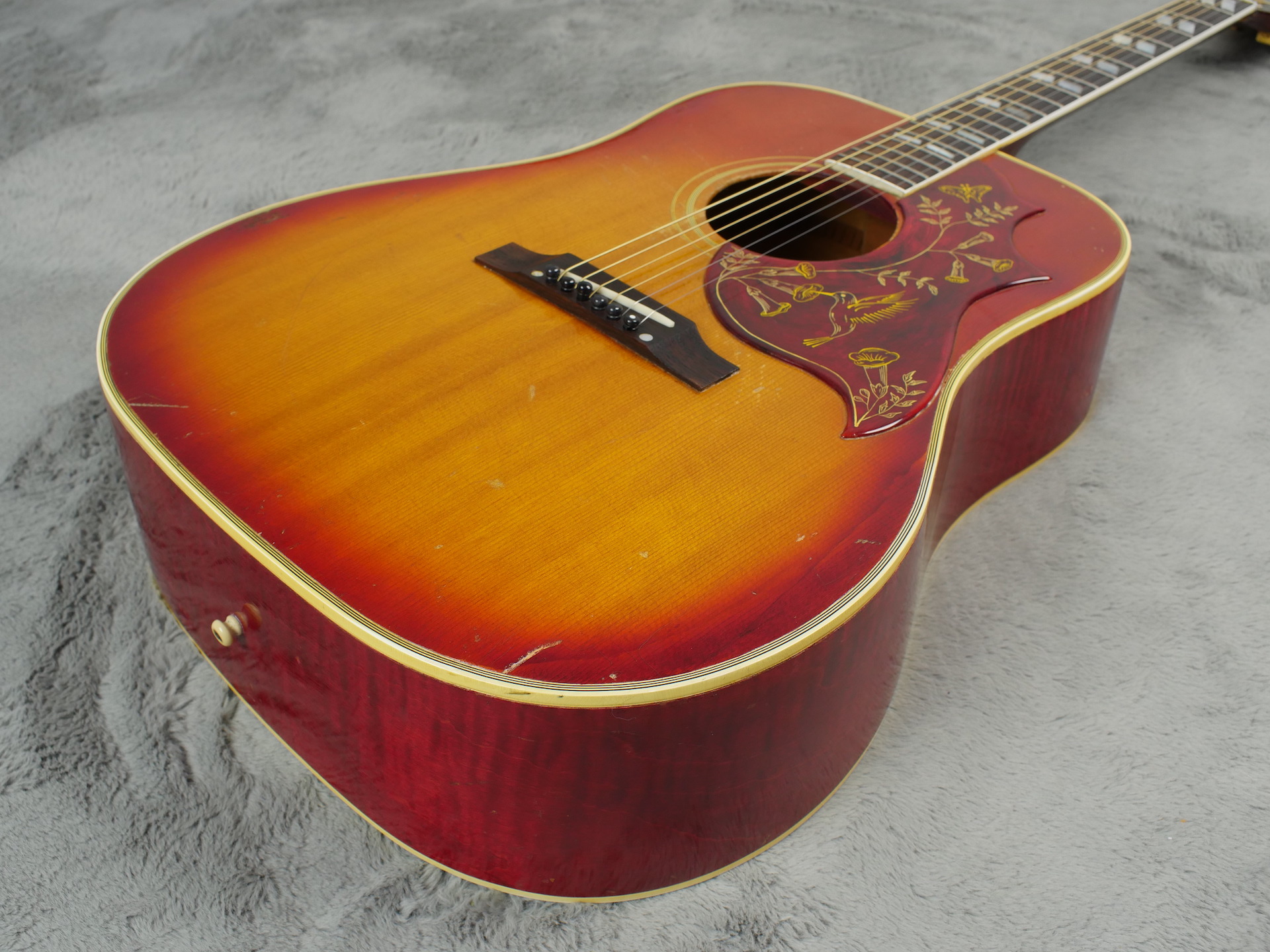 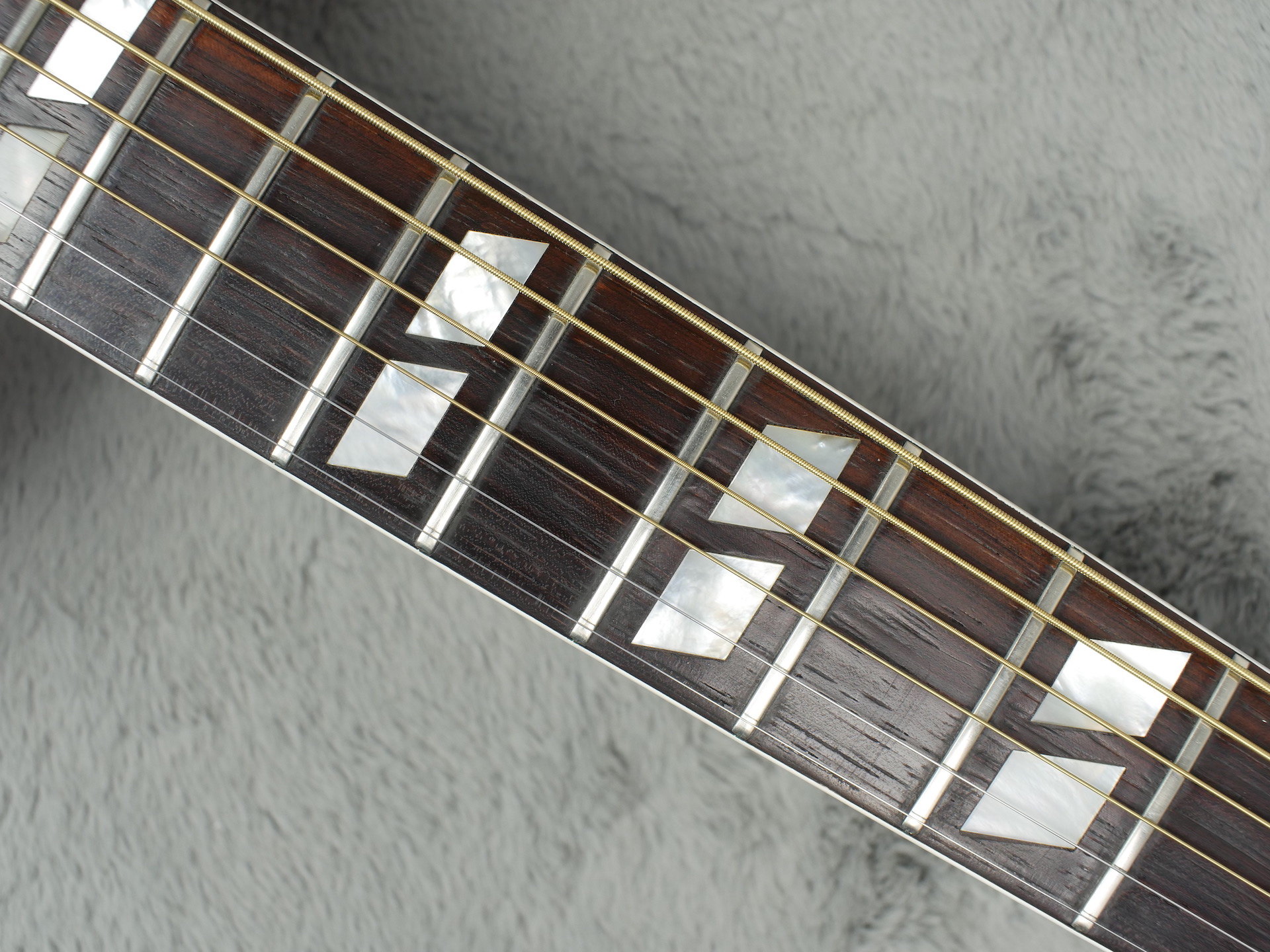 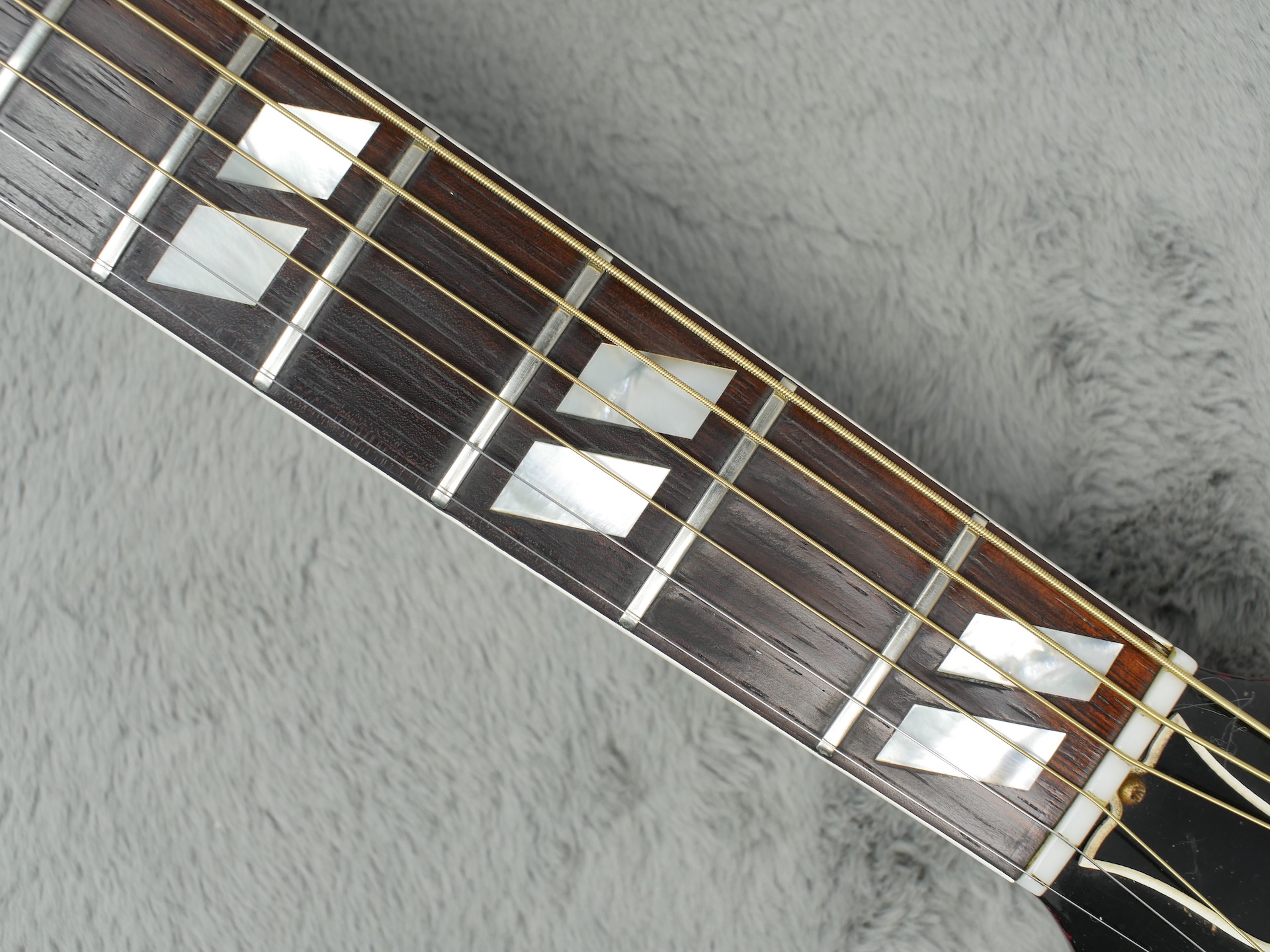 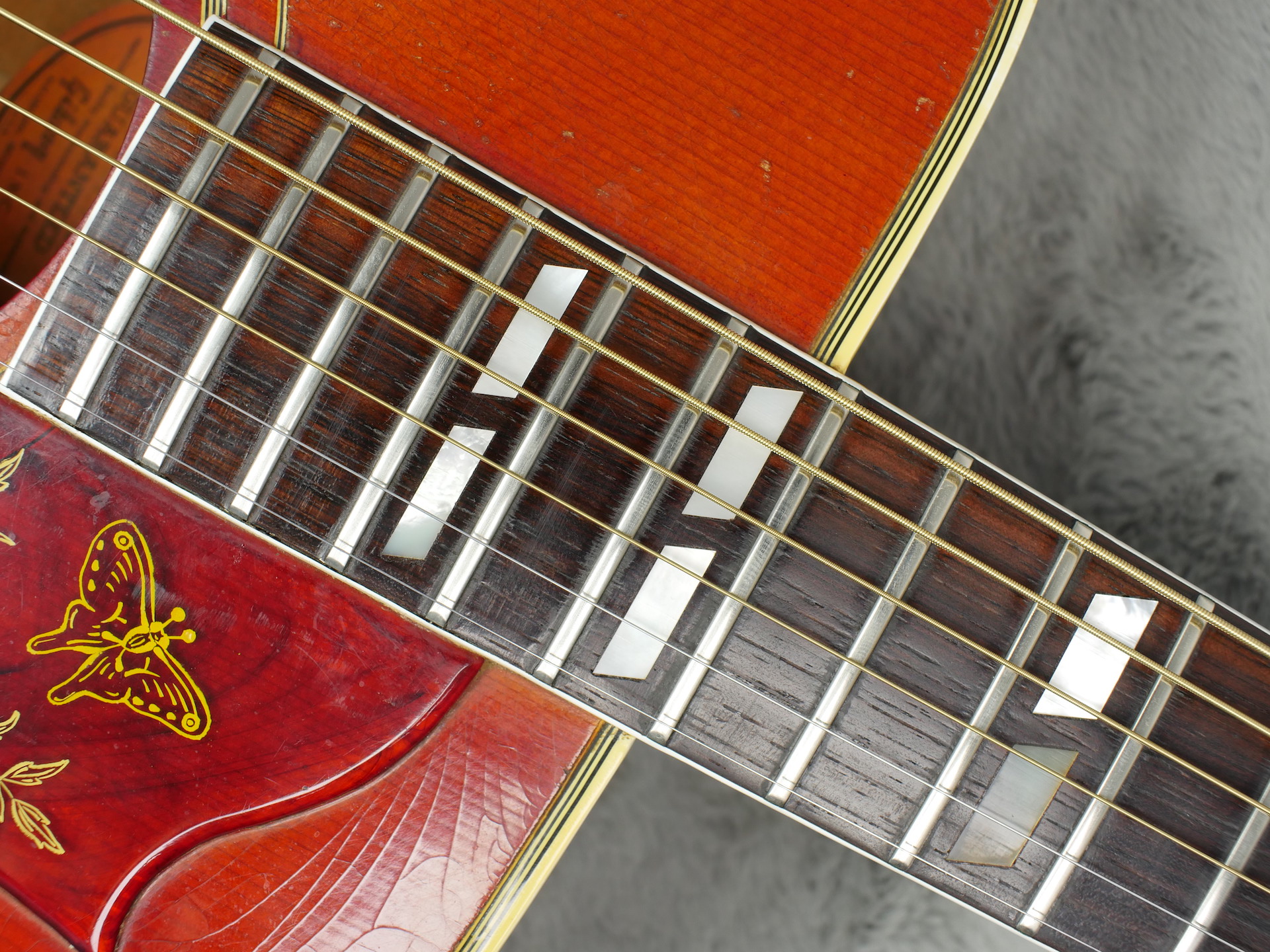 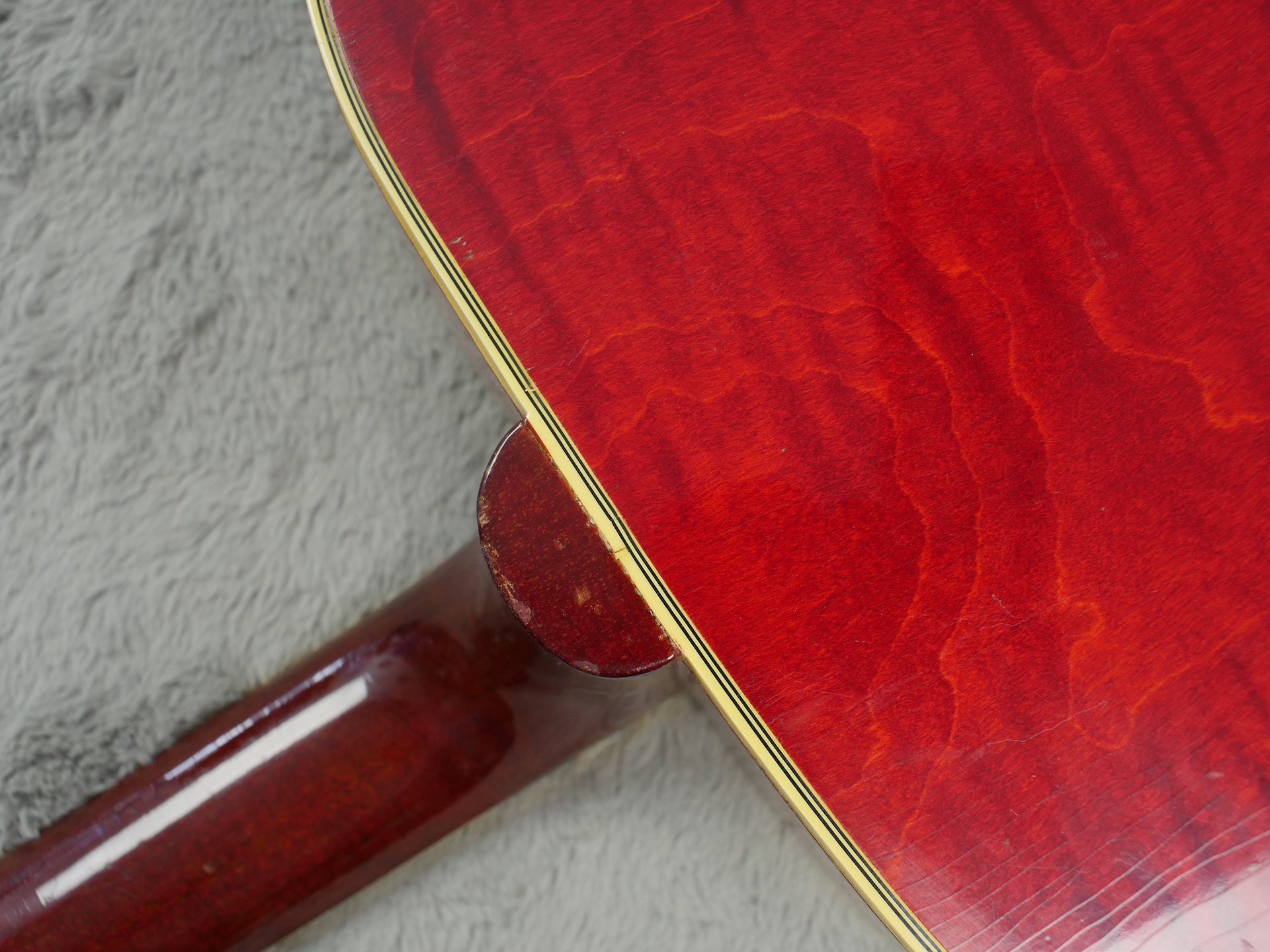 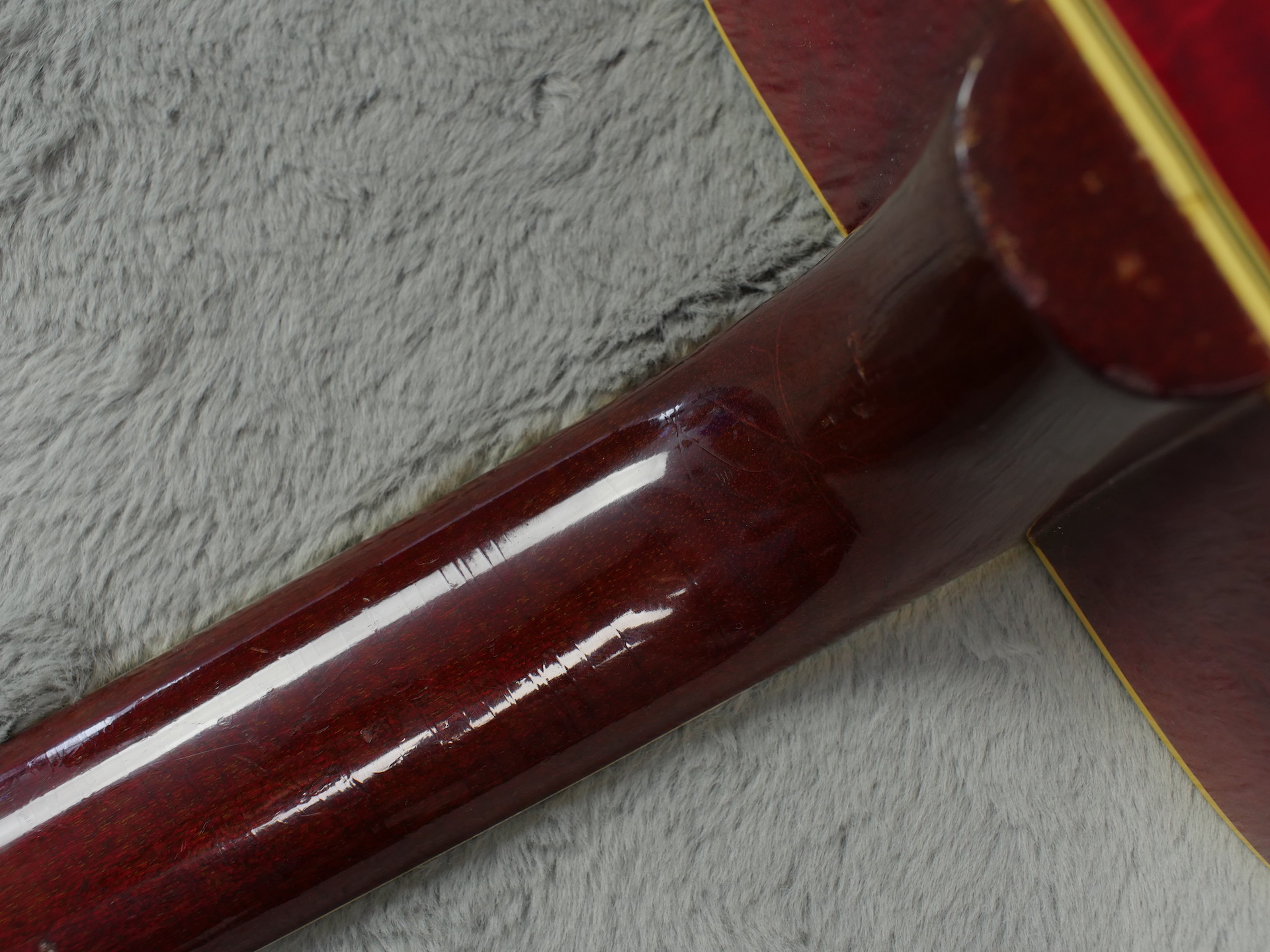 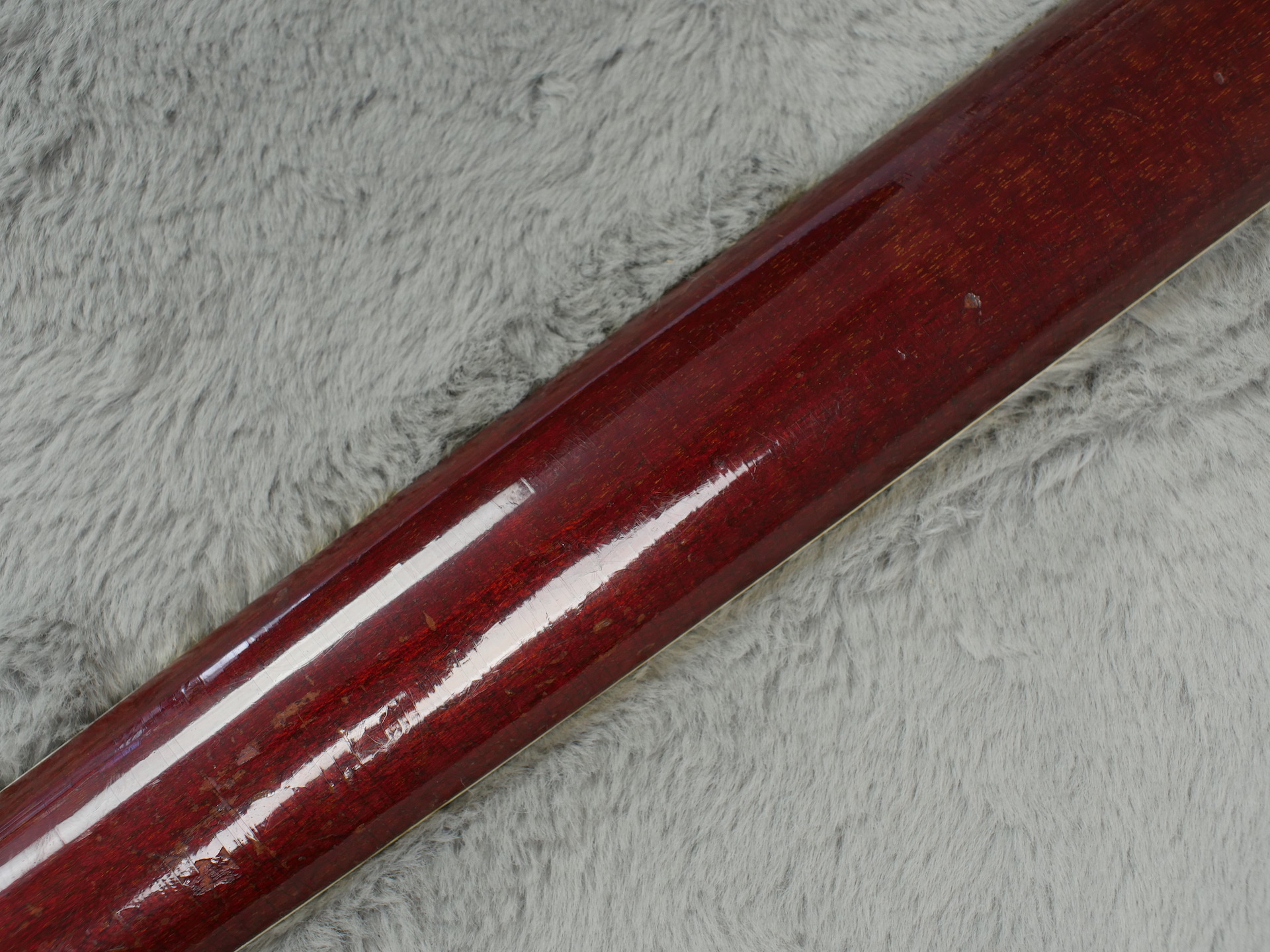 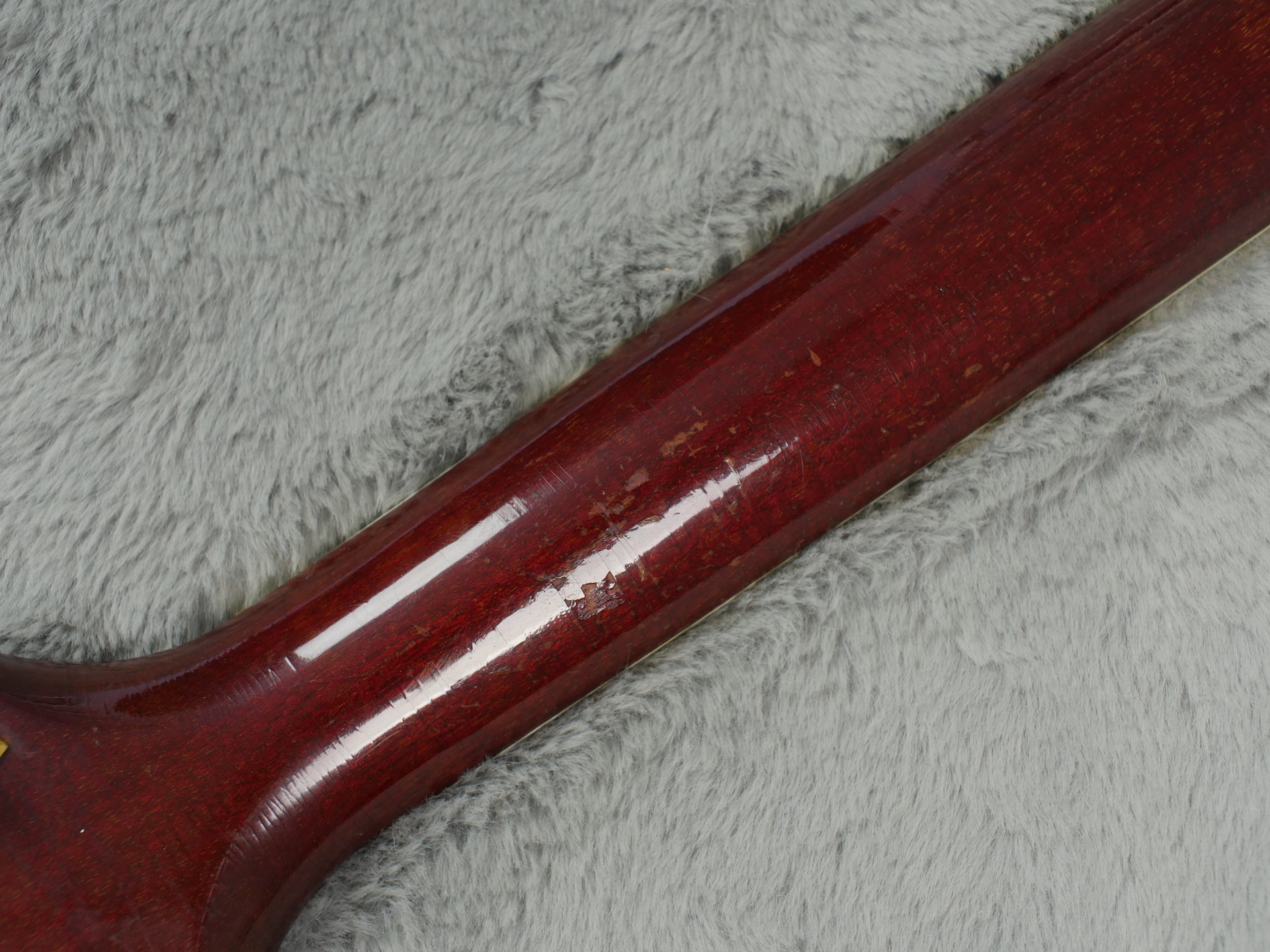 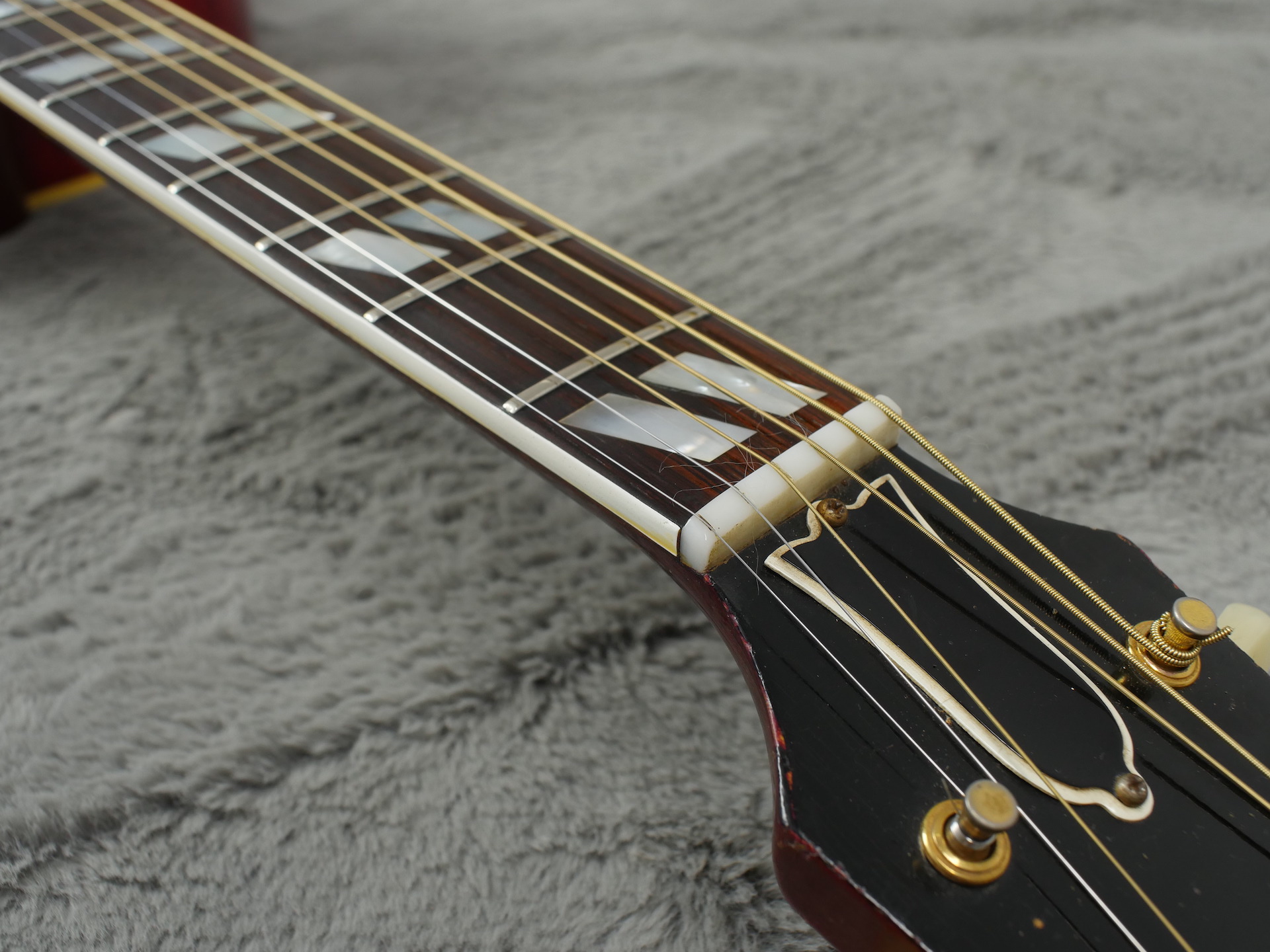 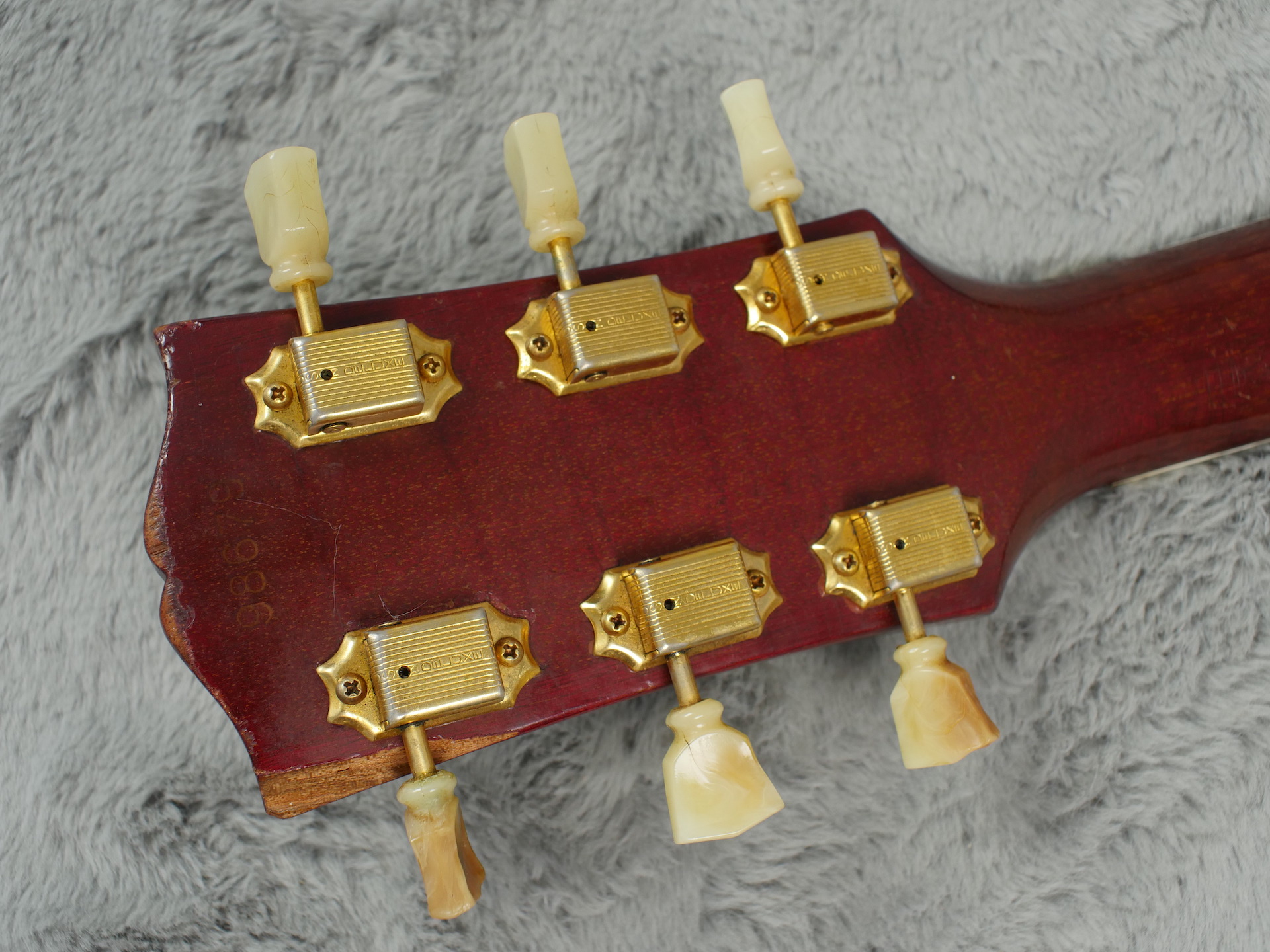 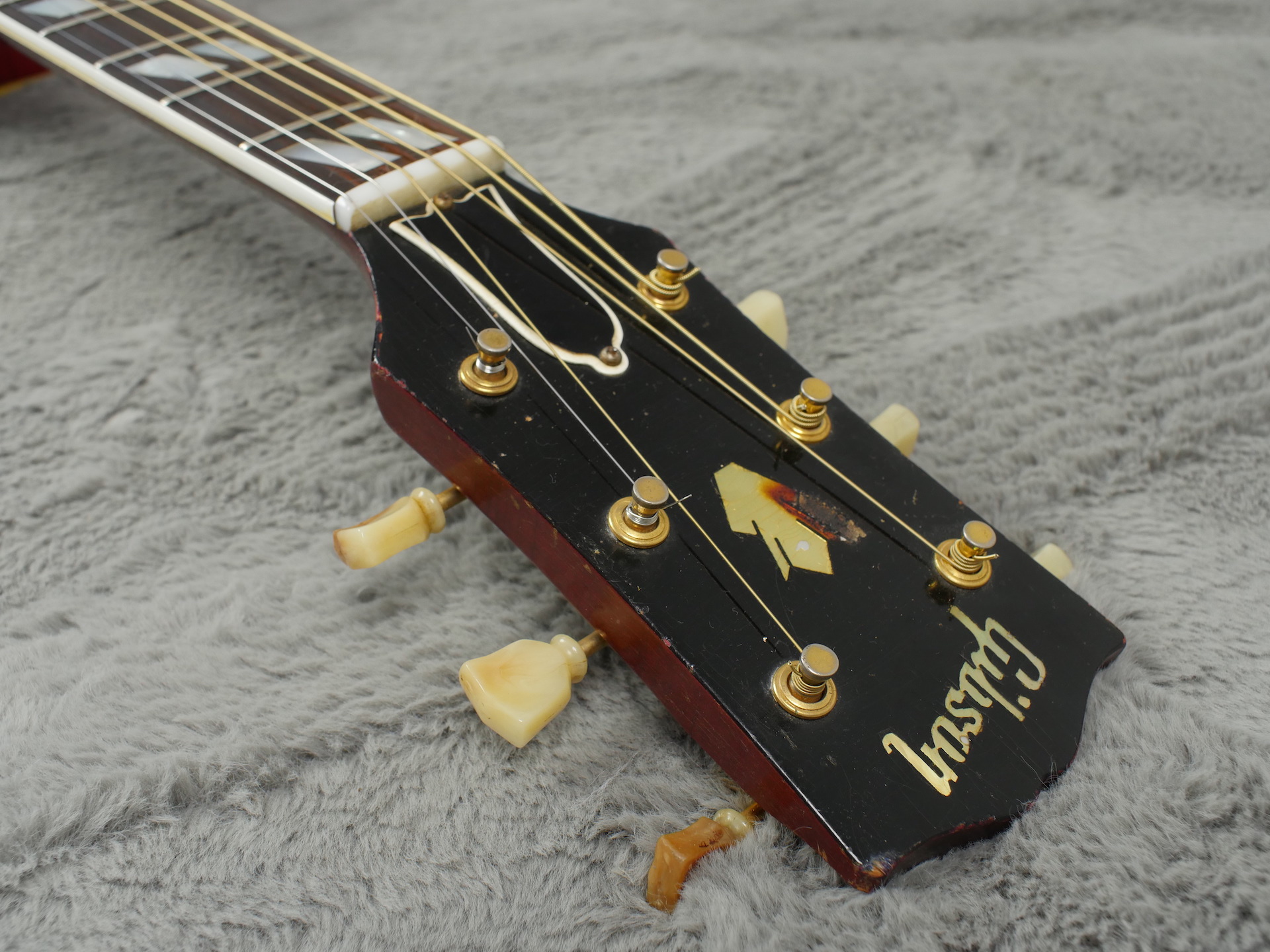 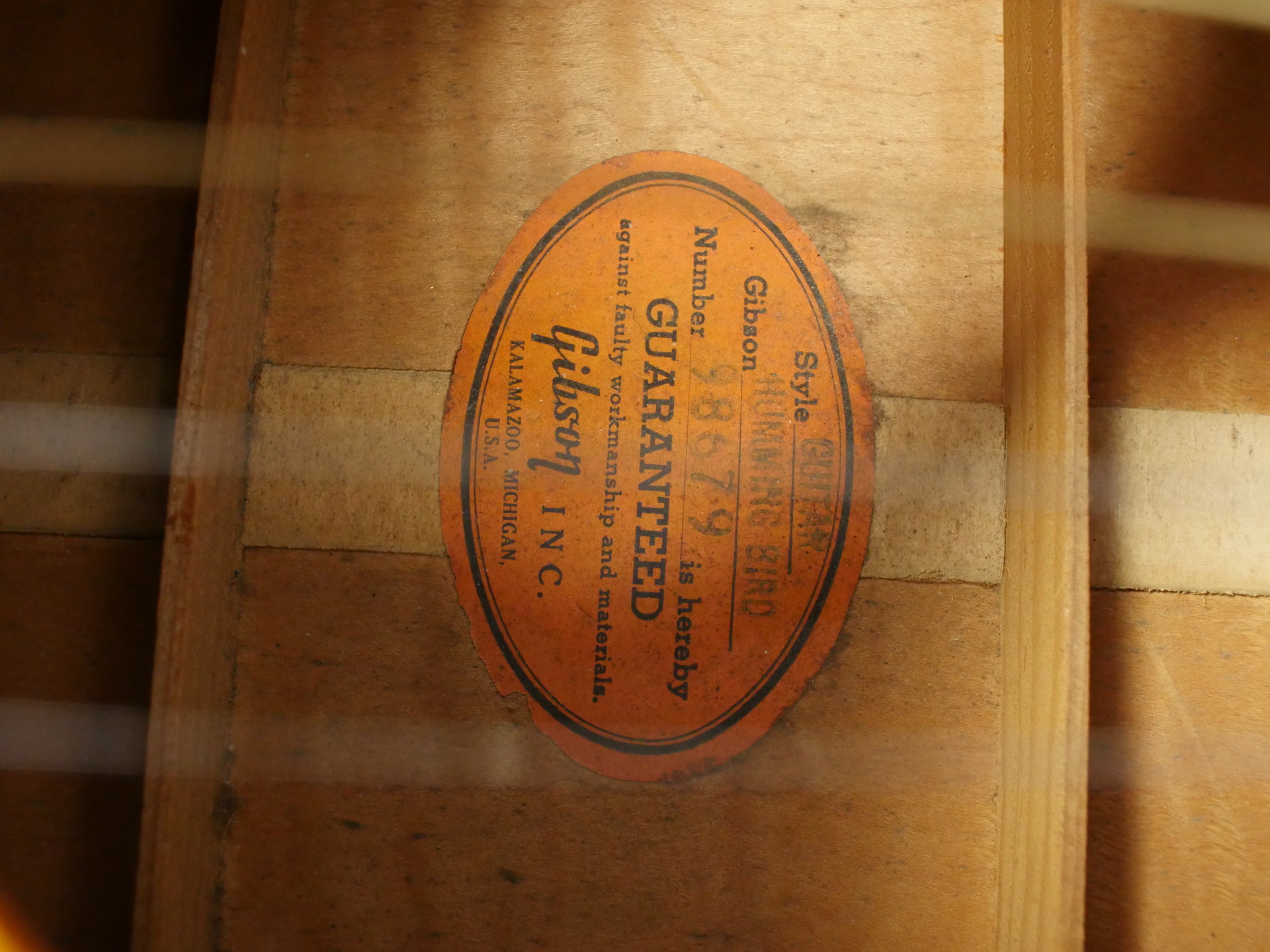 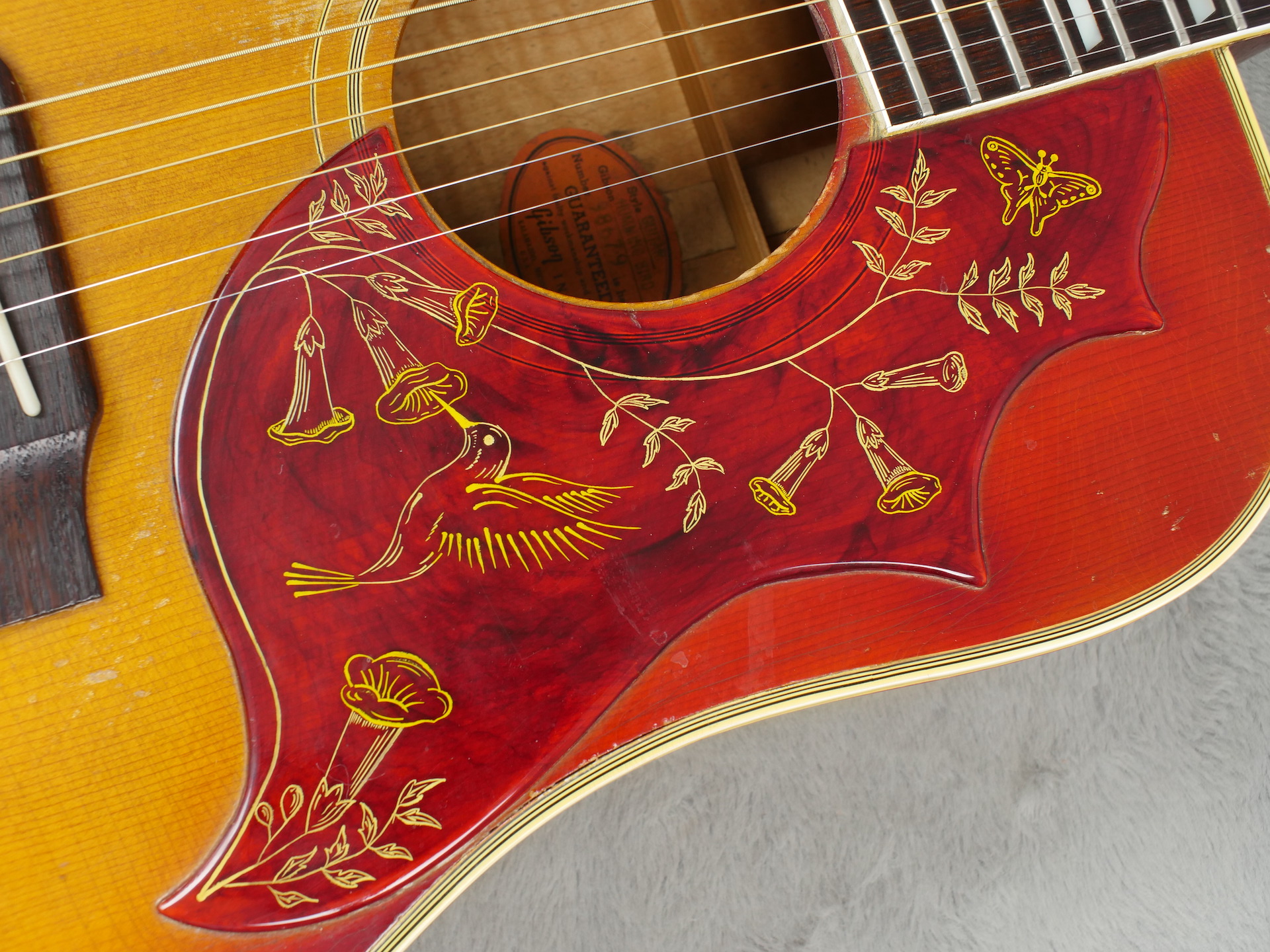