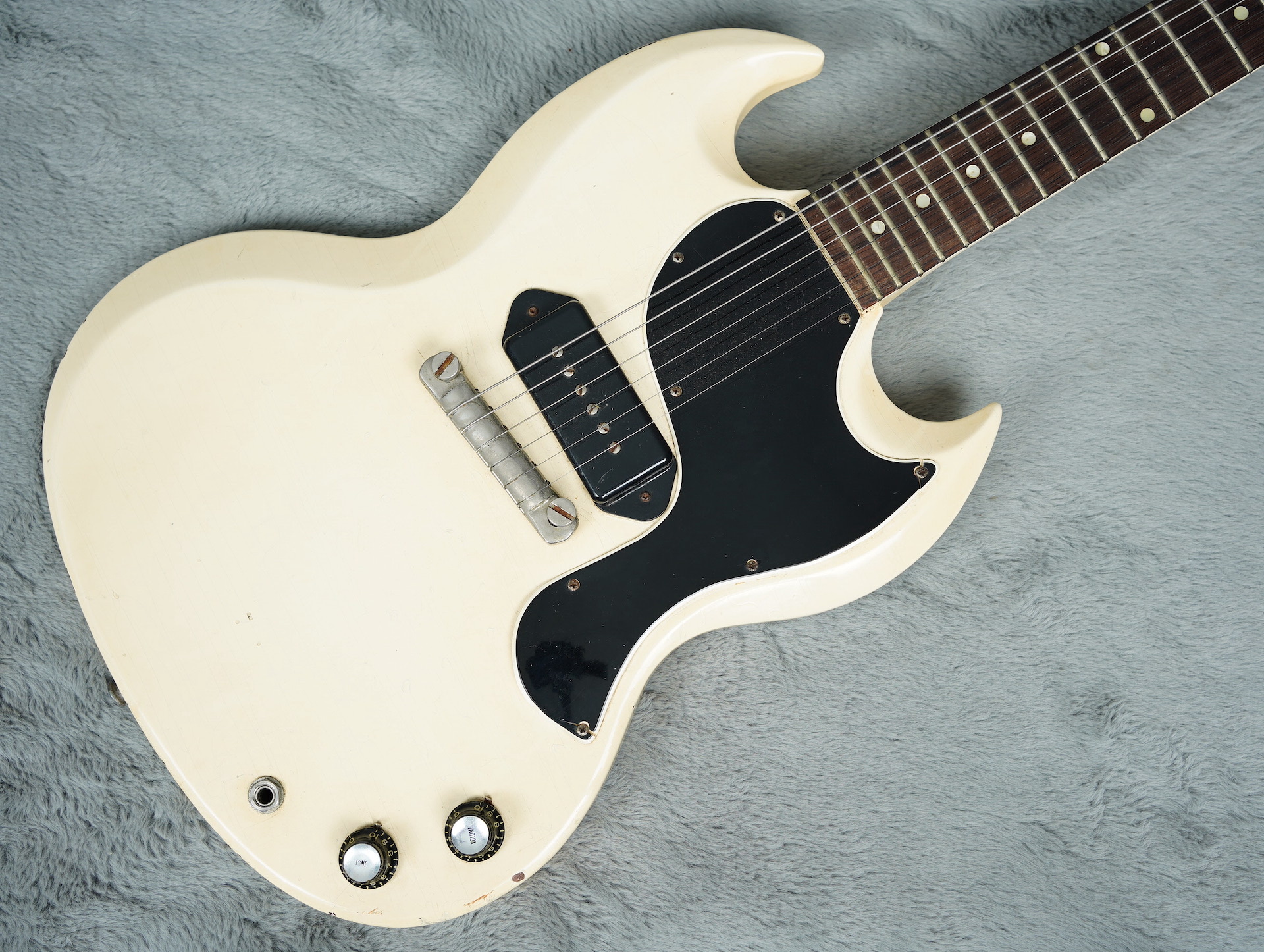 Gosh! This is a rarity. We cannot remember the last time we came across a LP SG in original Polaris White.. Plenty of later SG's out there but not an early 62 with the original non compensated bridge. And it's a bit of a bargain too...

Here’s a real cutie. An original Polaris White 1962 (early) Gibson SG (Les Paul) Junior with the early slanted, wrap over tailpiece. It is very nice and we do not see many of these compared to the later compensated saddle tailpiece versions. It would have only been a few months later in 1962 they switched to the compensated bridge so these earlier LP SG models were only made in 1961 and early 1962 making them obviously a lot rarer.

It has had a headstock repair on the back only that has been expertly carried out. The area where this has been done has been touched up and superbly blended in to the original finish by someone pretty clever. You can only really notice it when you look for it and also under black light conditions. Just the minimum was done so the most of the original finish could be retained. Have a look at the pics and we challenge you to see the repair under normal circumstances…

Aside from that it is all original or correct, all original solder, hardware and finish, aside from the small area by the repair of course. It is in nice condition, obviously a few dings here and there but not too much of the vulnerable finish has worn away from the back of the neck and we have seen an awful lot worse than this!

It weighs in at a mere 2.80 Kg making it a featherweight of the vintage guitar league and maybe because of this it is pretty resonant both acoustically and when plugged in.

It has original wide frets which are in good condition with very little wear. It plays real nice with a superb feeling neck and nice action all up and down the fretboard. The single P-90 is a bit of a powerhouse and kicks plenty of arse (ass) when required. It also looks uber cool too don’t you think?

An original Polaris White LP SG with the early bridge would be a LOT more than this if it did not have this near invisible repair, that’s assuming you can find one. We cannot remember the last white LP SG we saw of any type in white and it will probably be some time before another crops up so it may not hang for that long…. 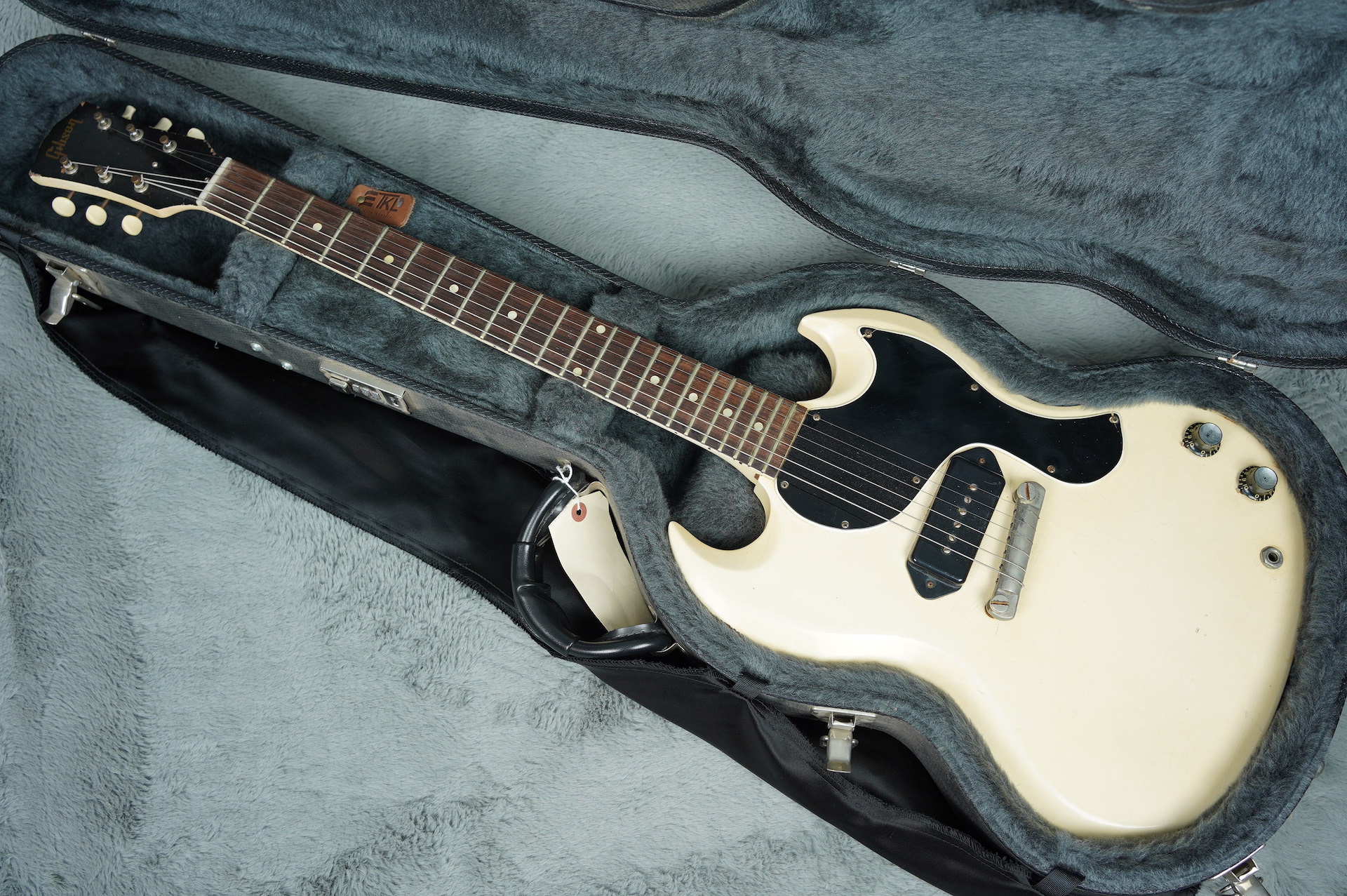 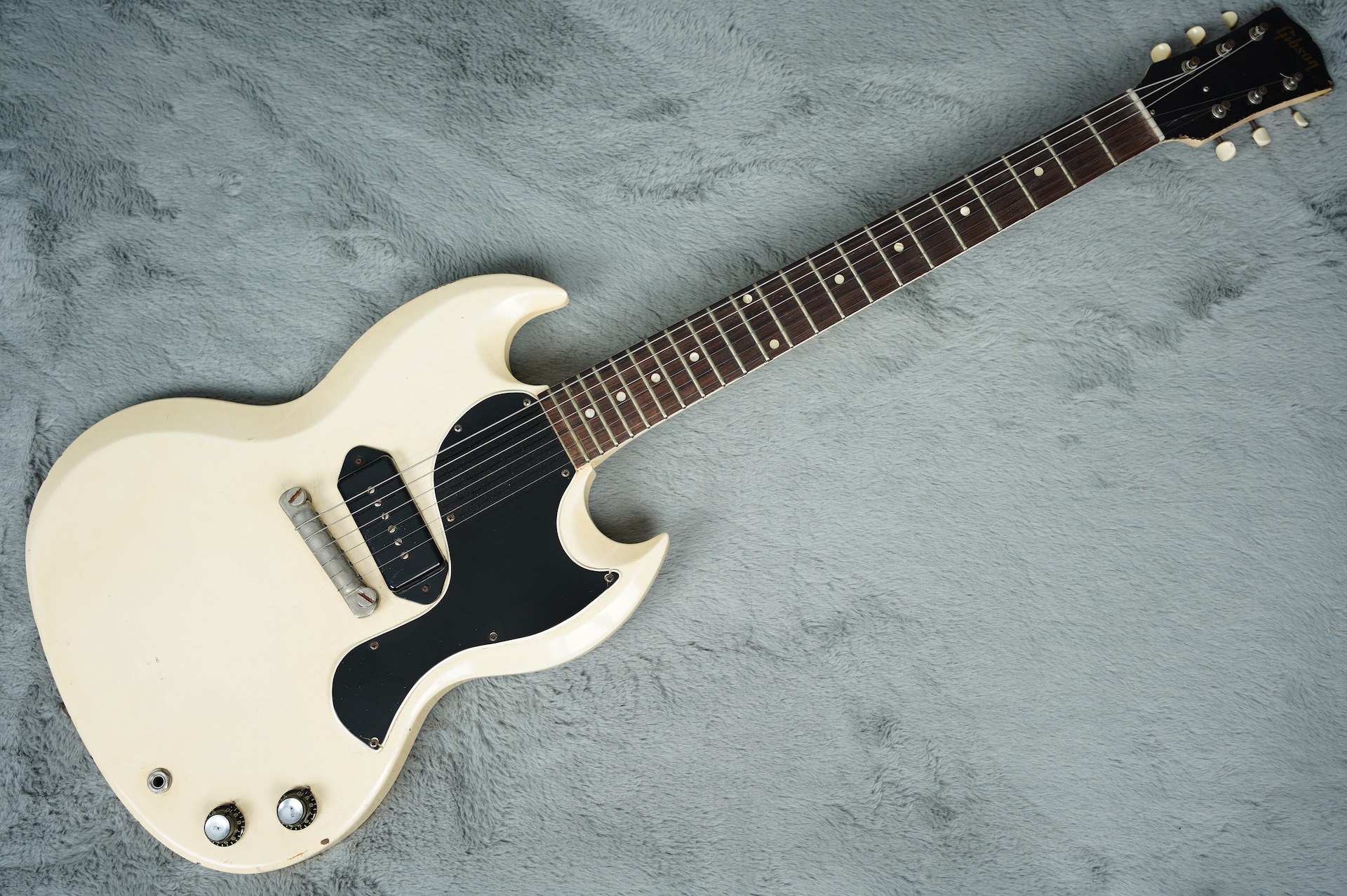 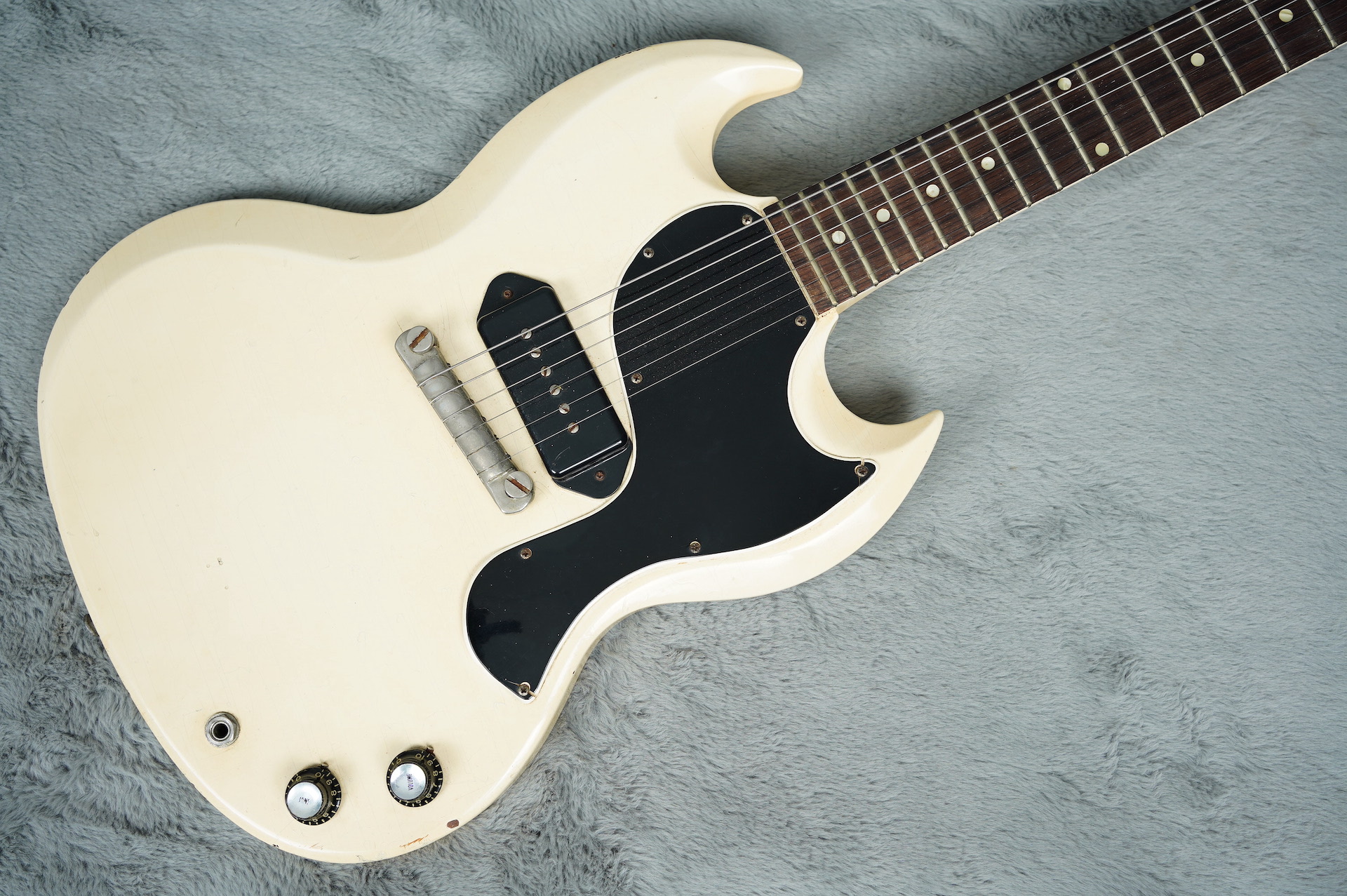 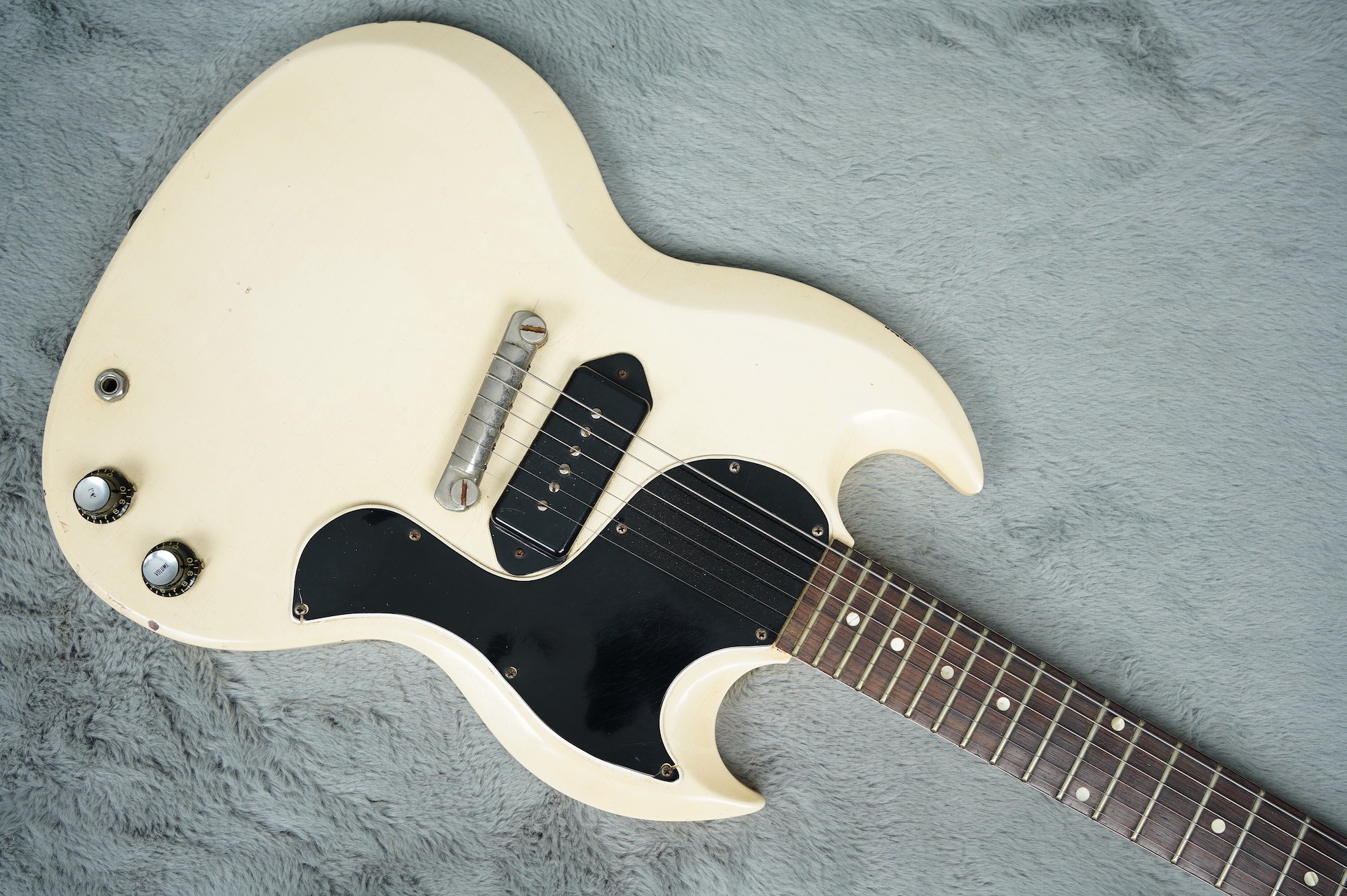 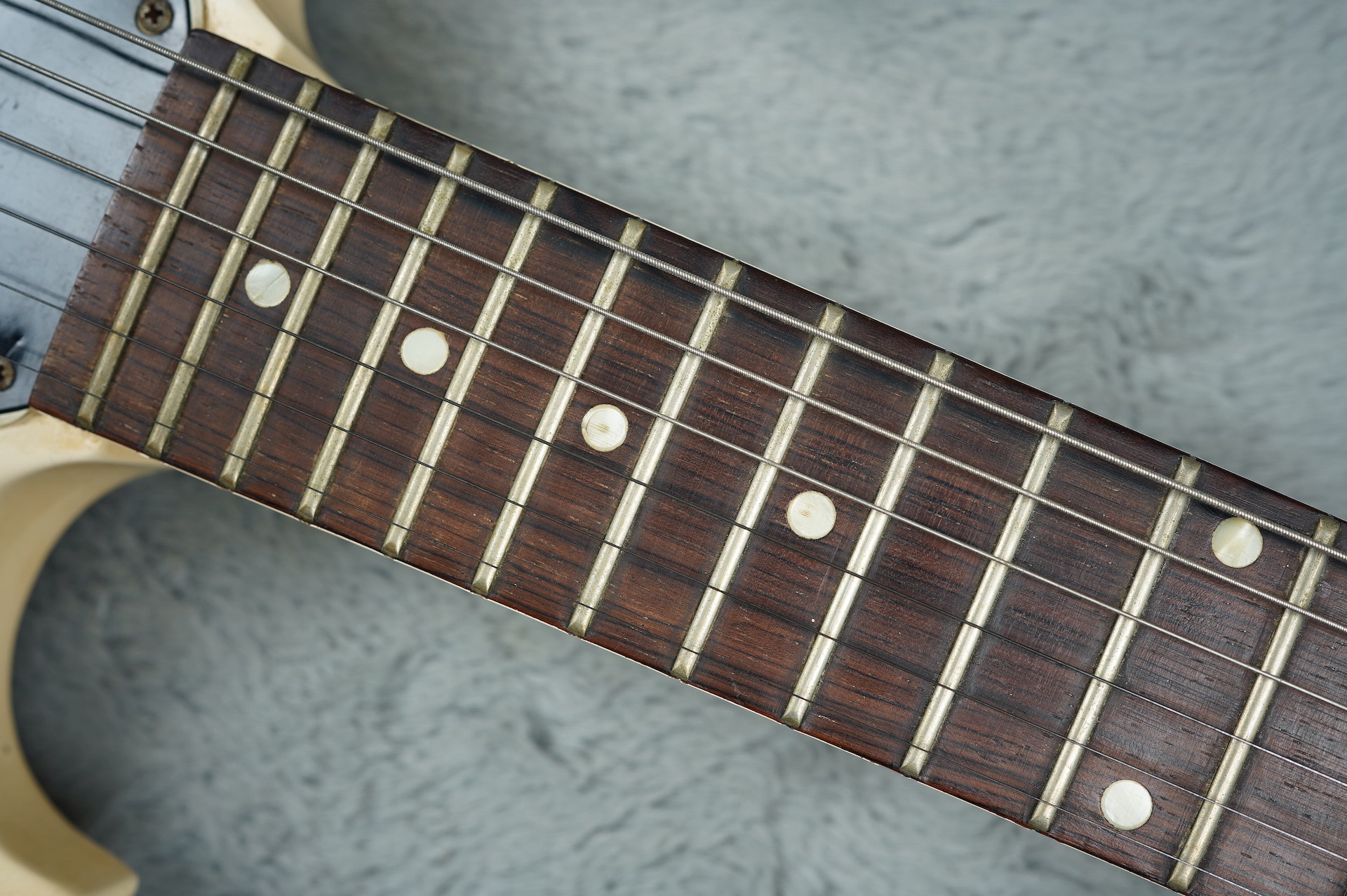 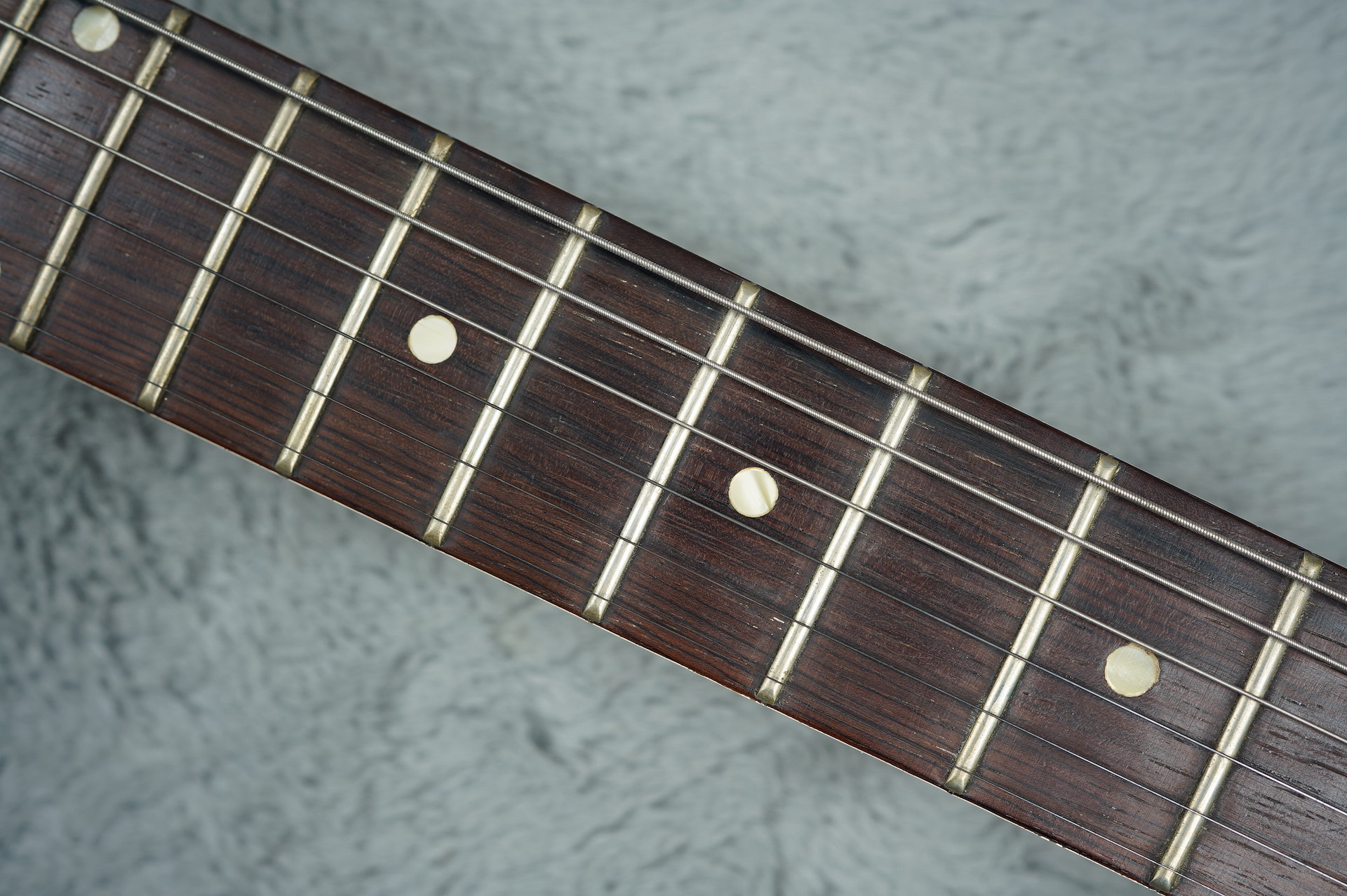 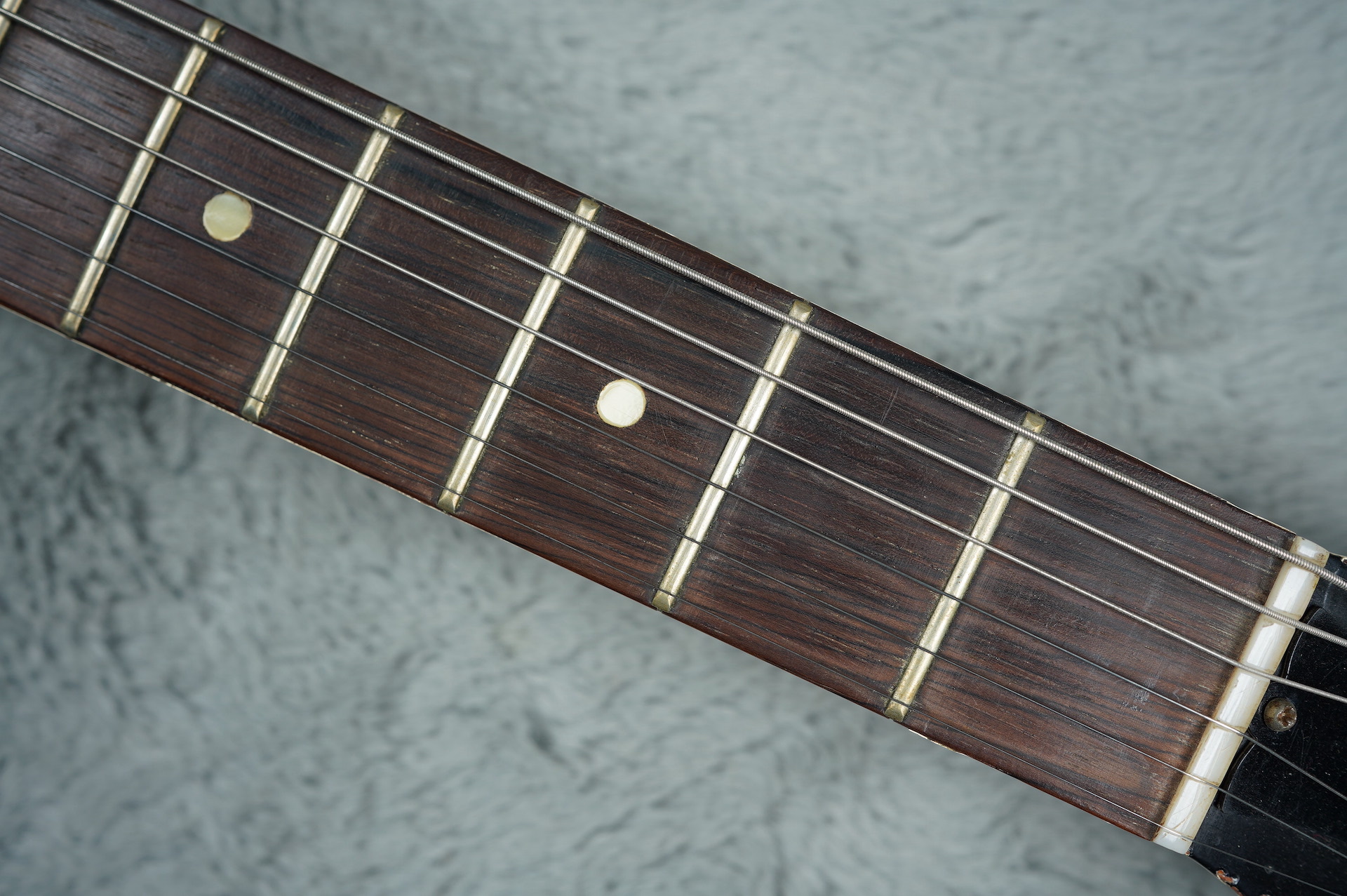 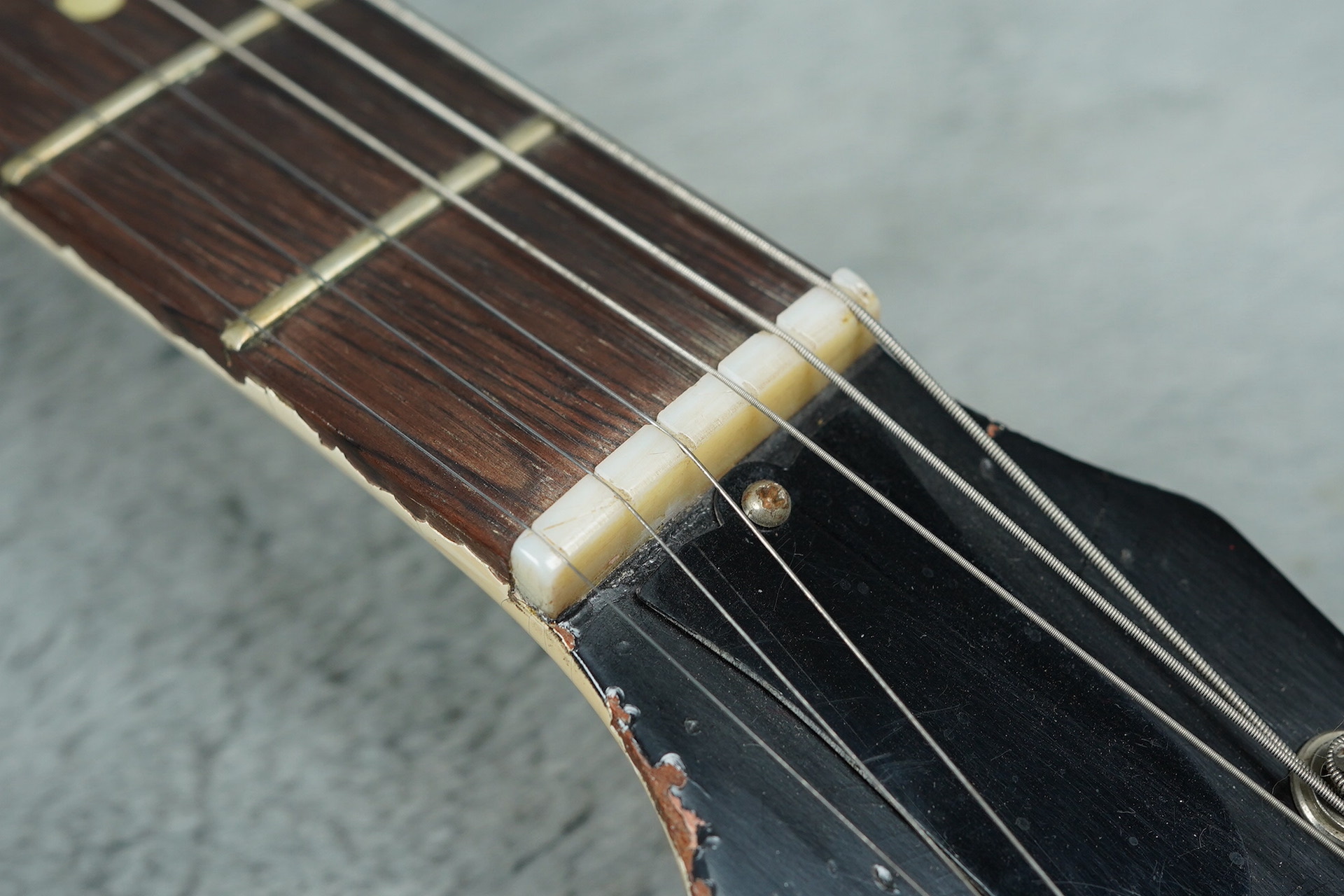 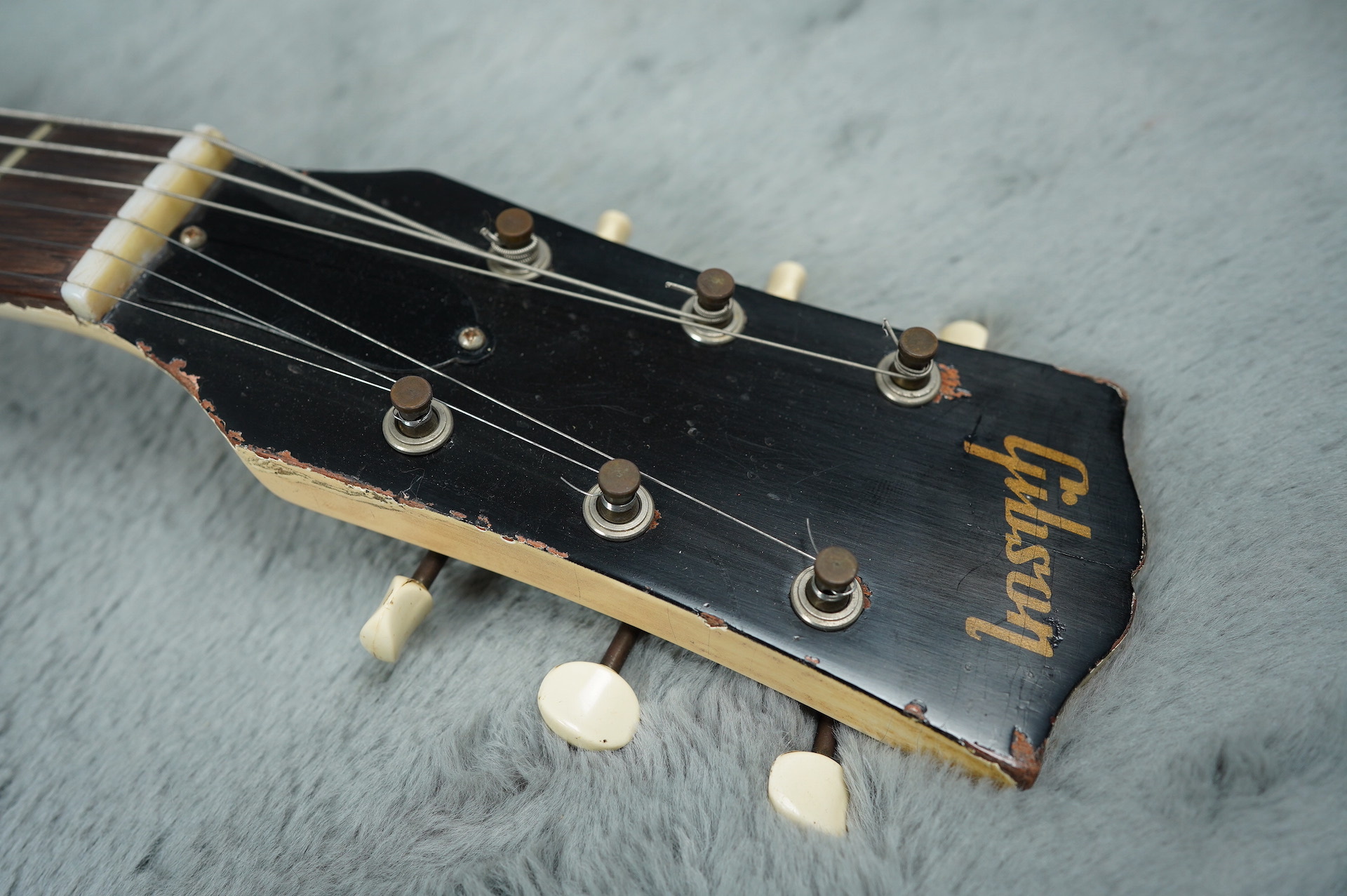 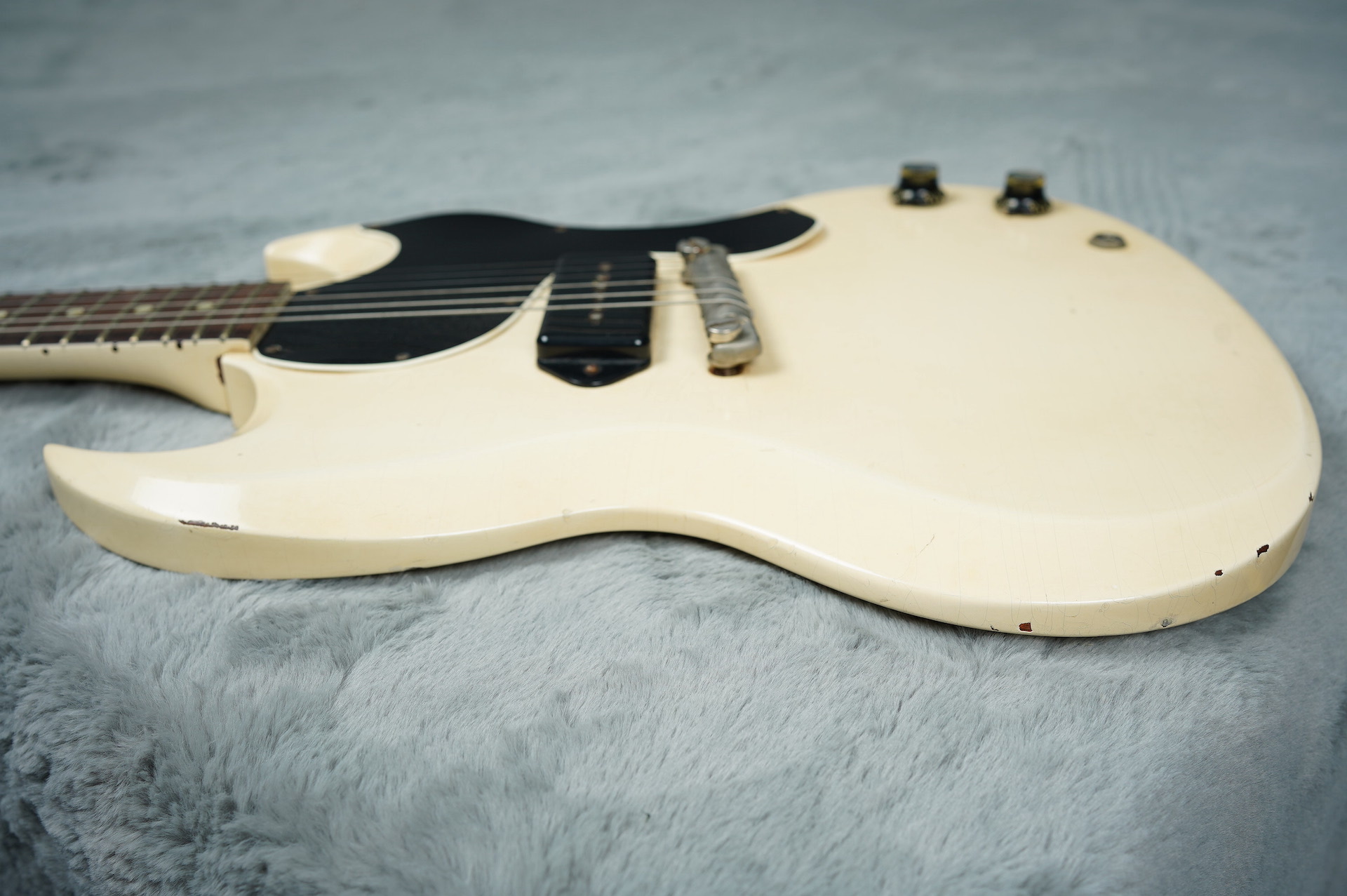 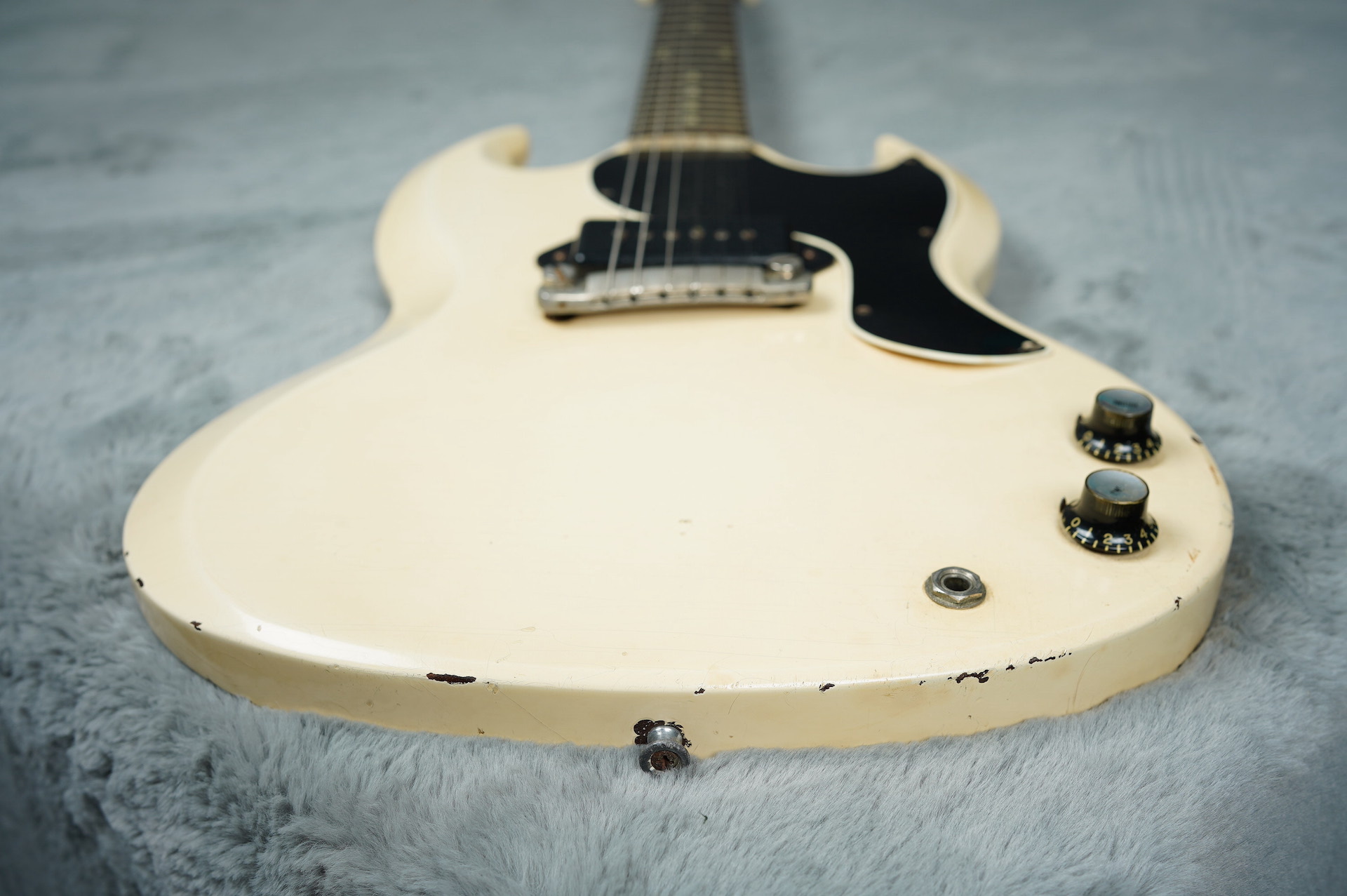 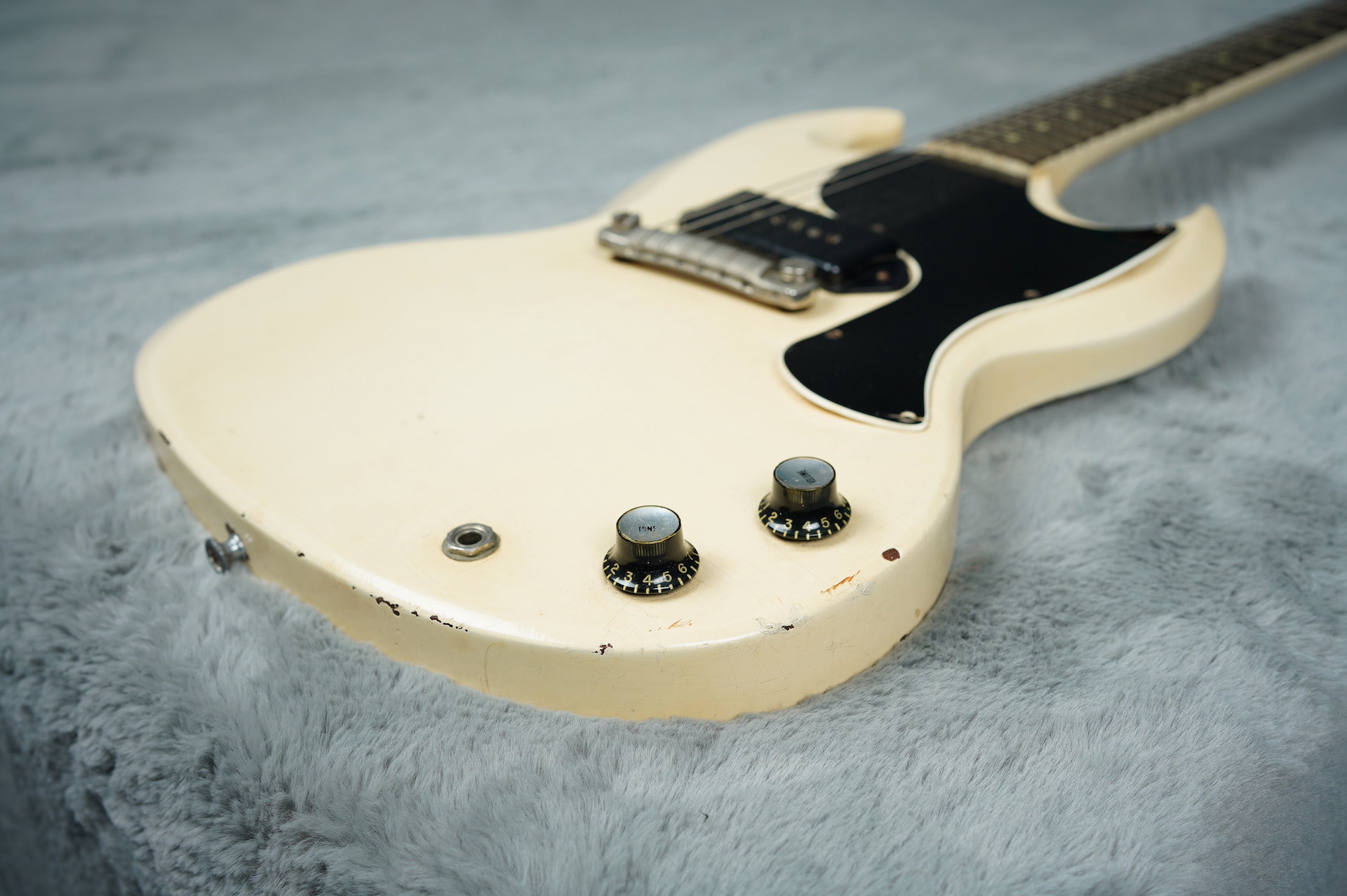 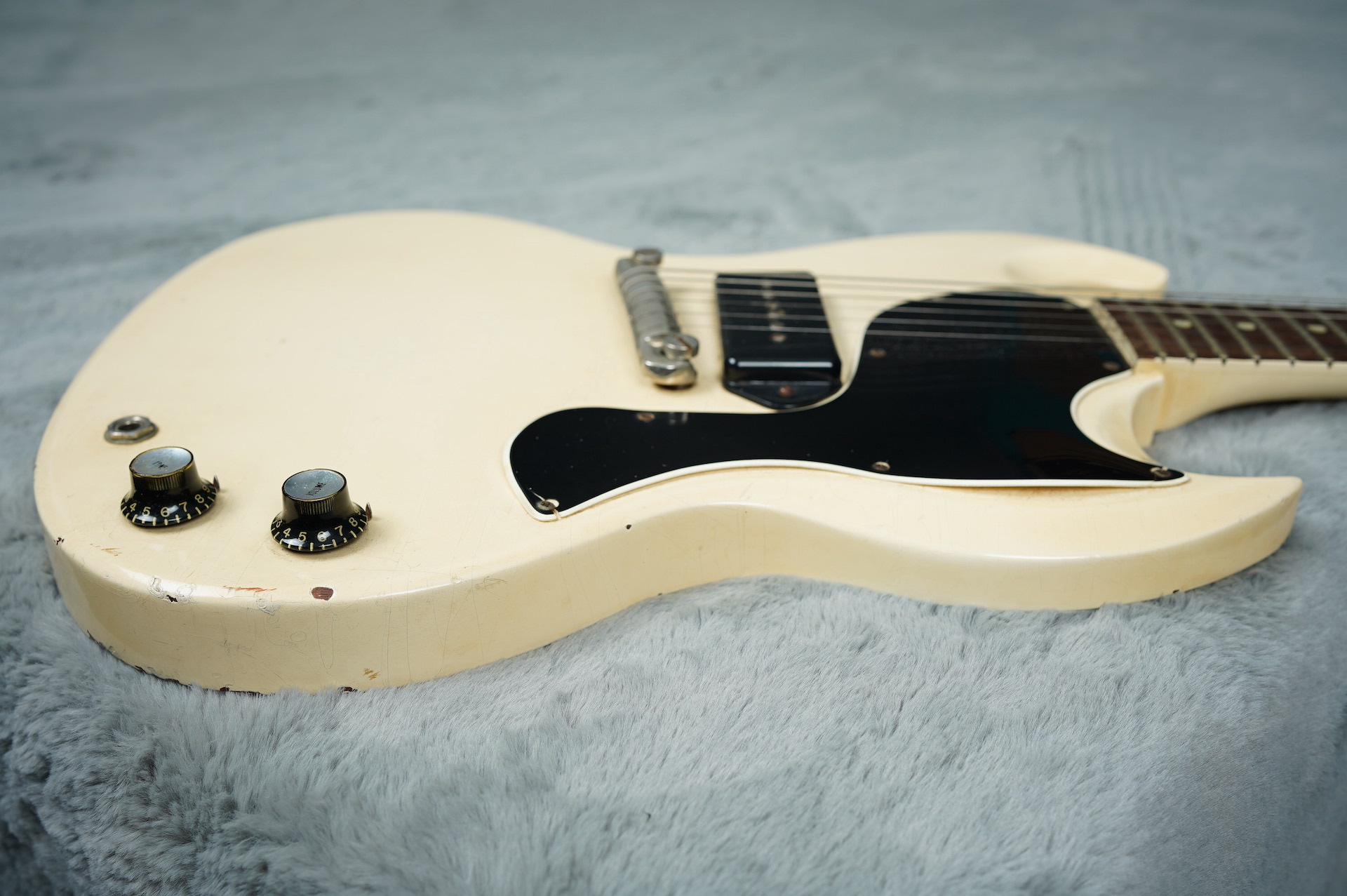 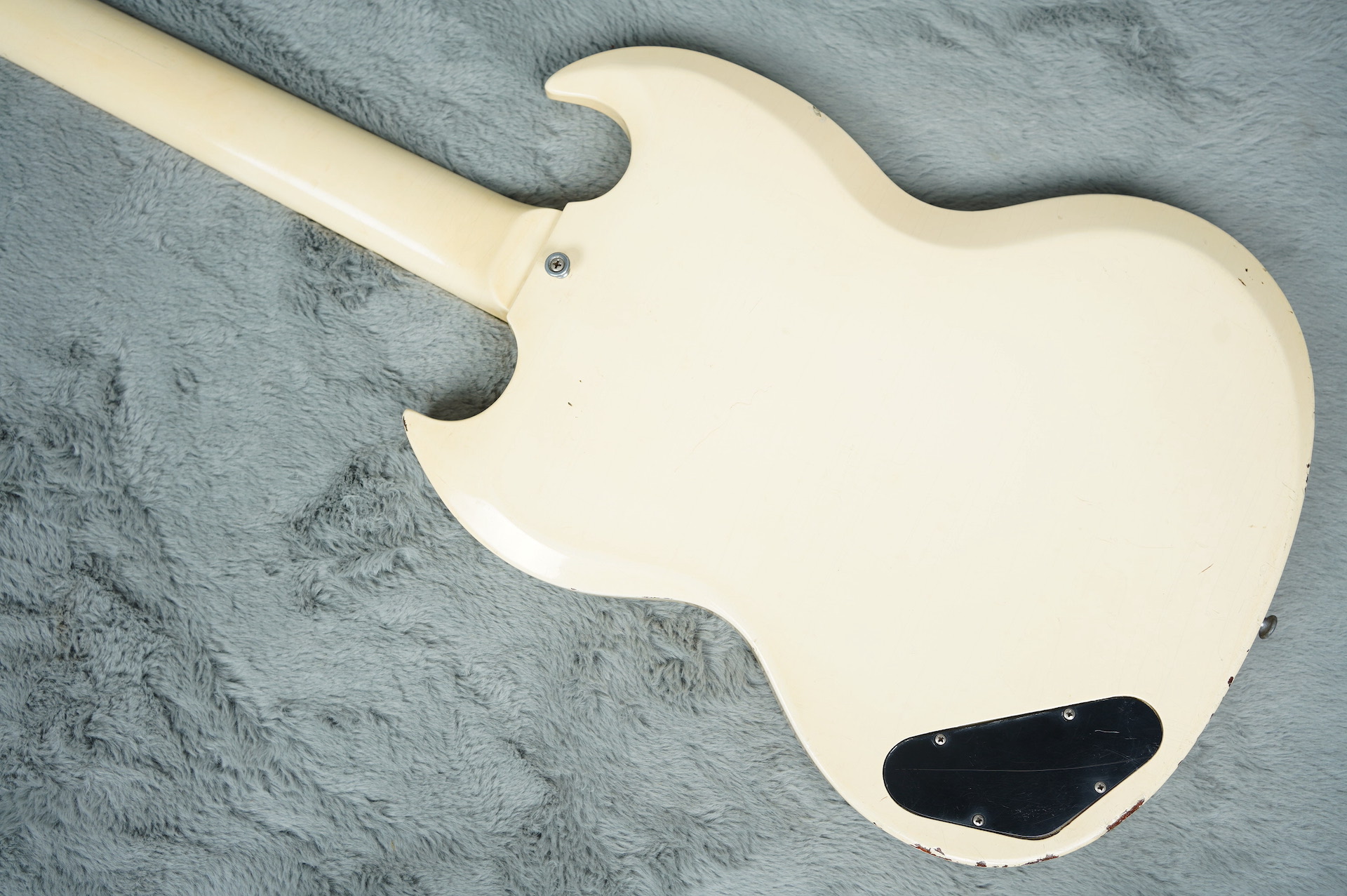 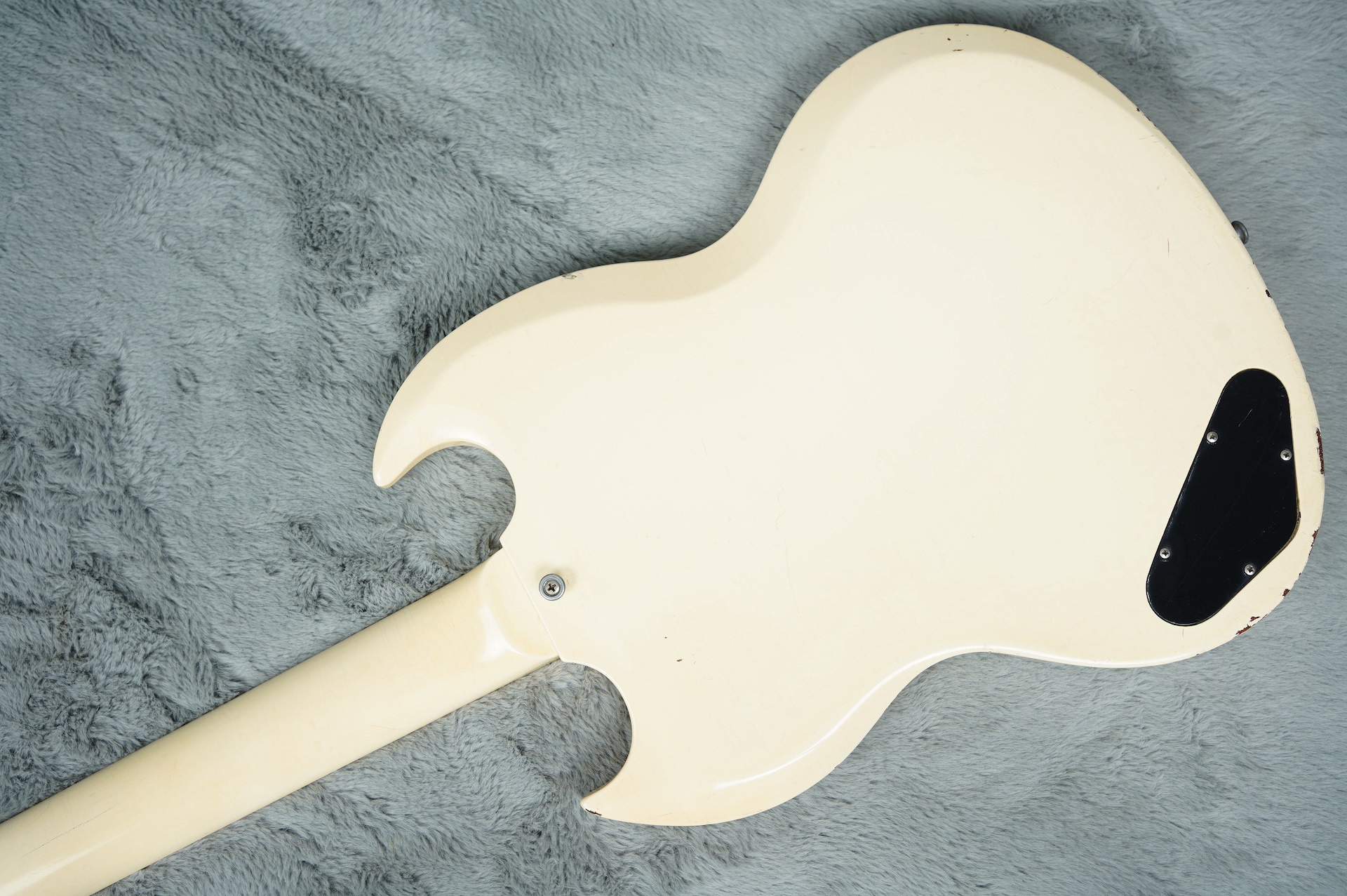 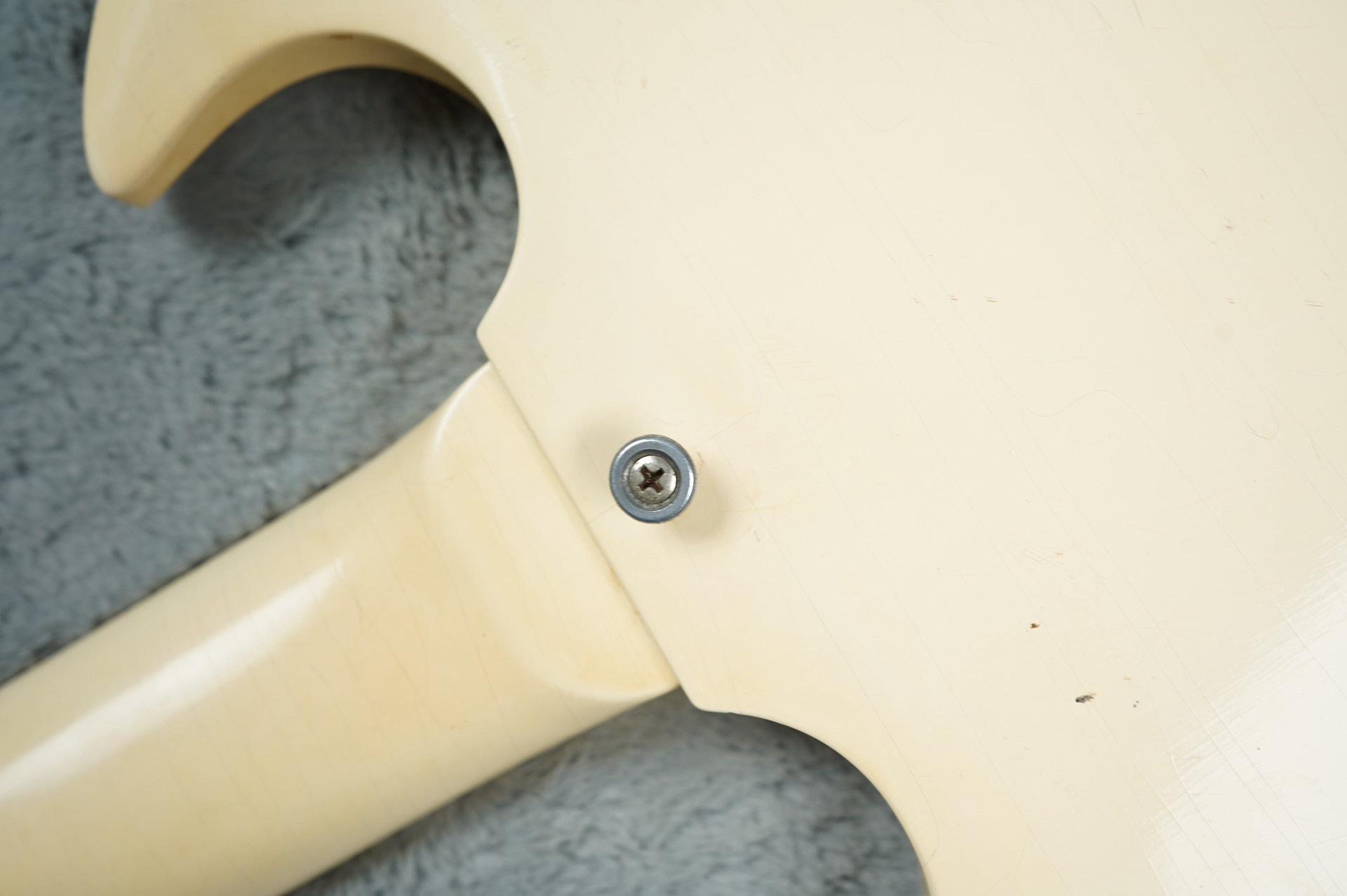 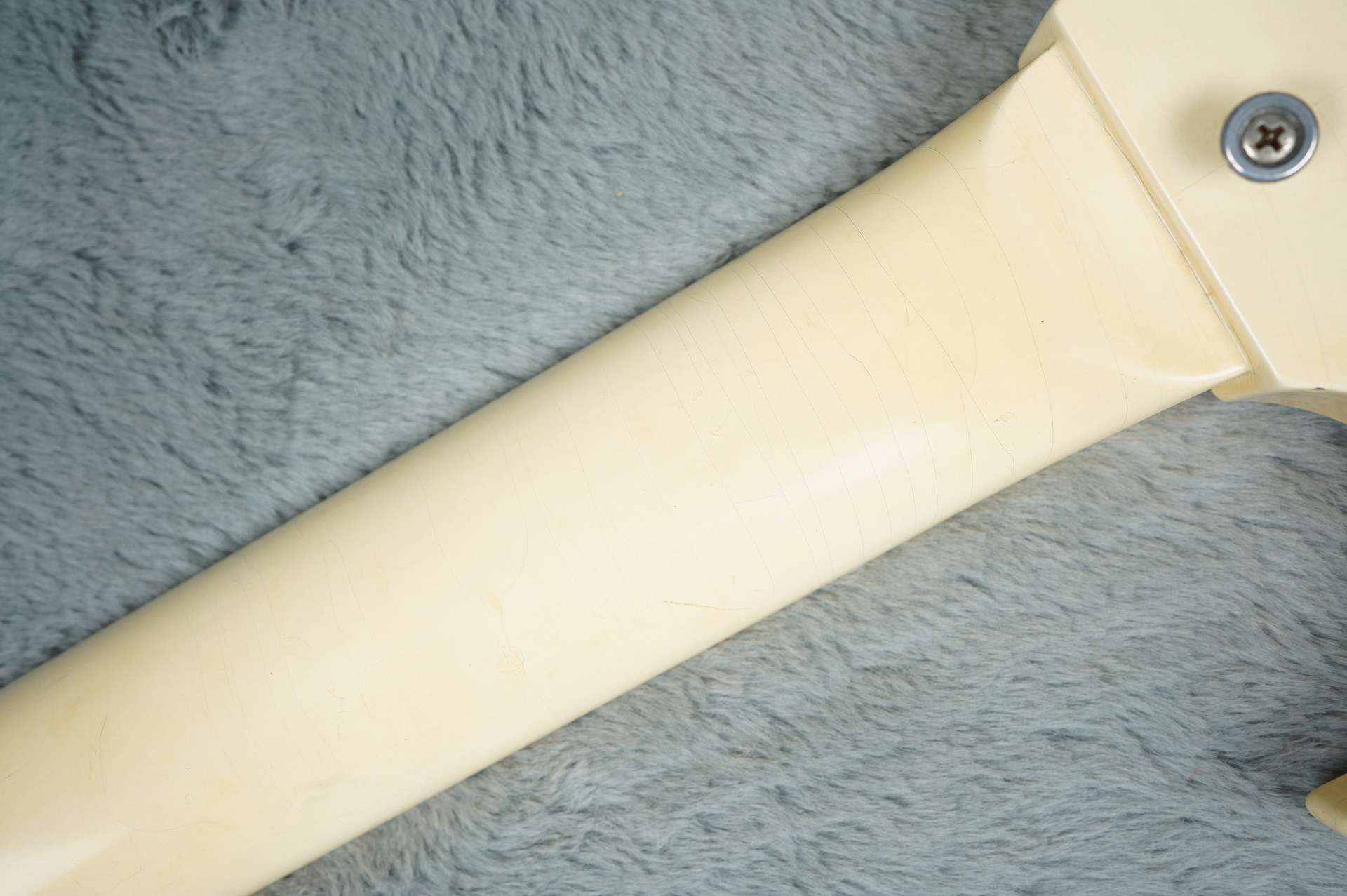 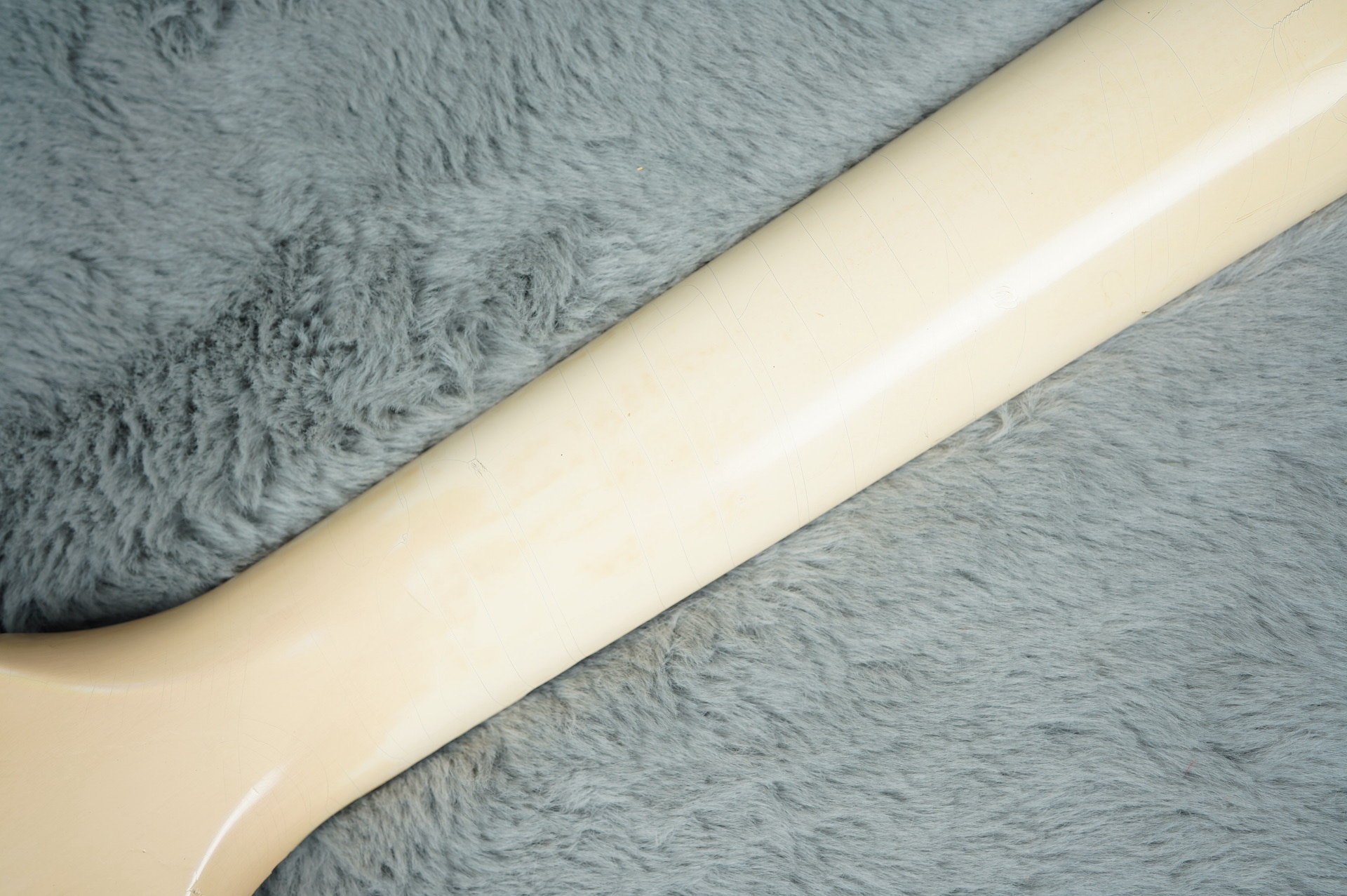 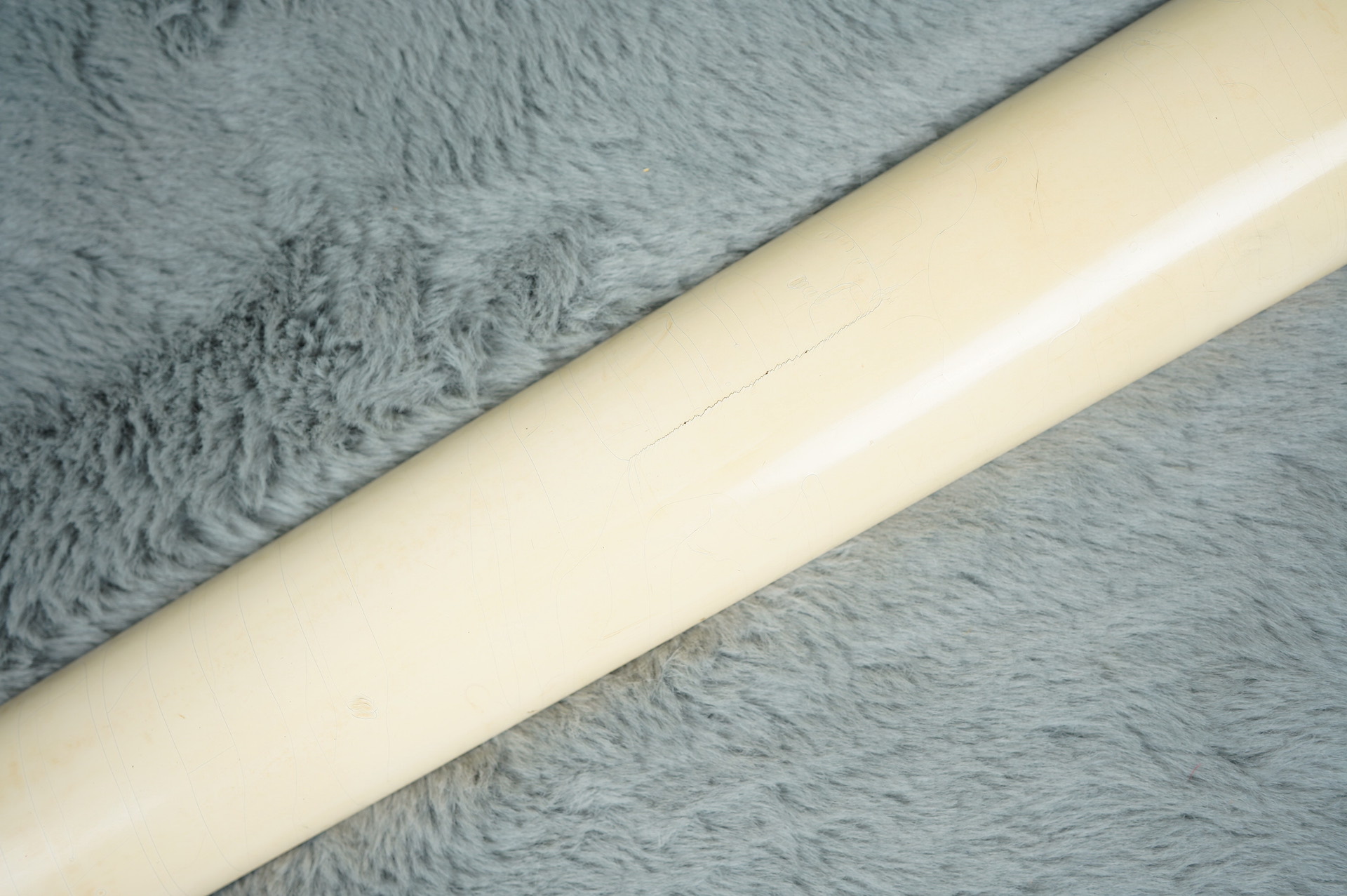 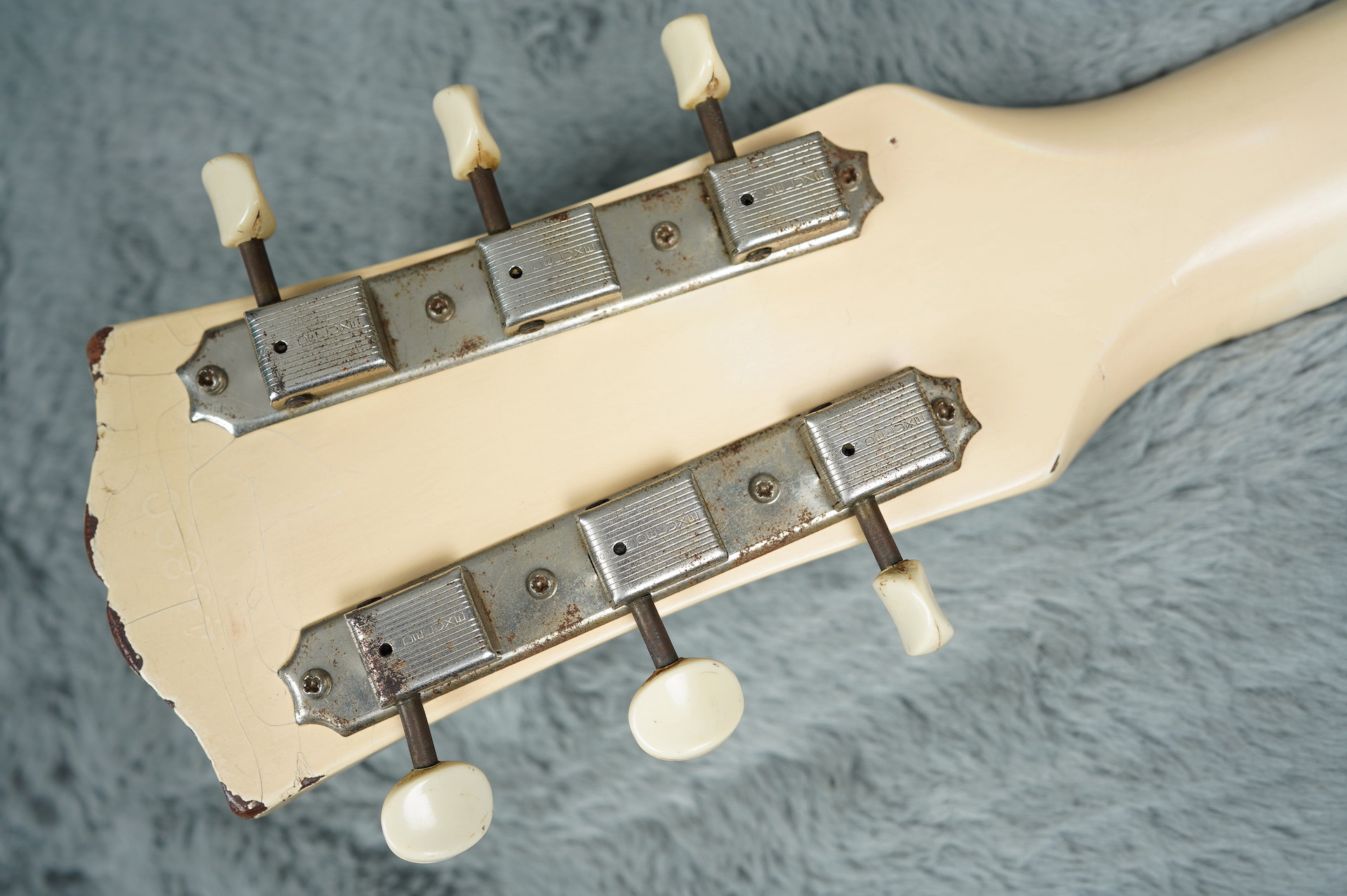 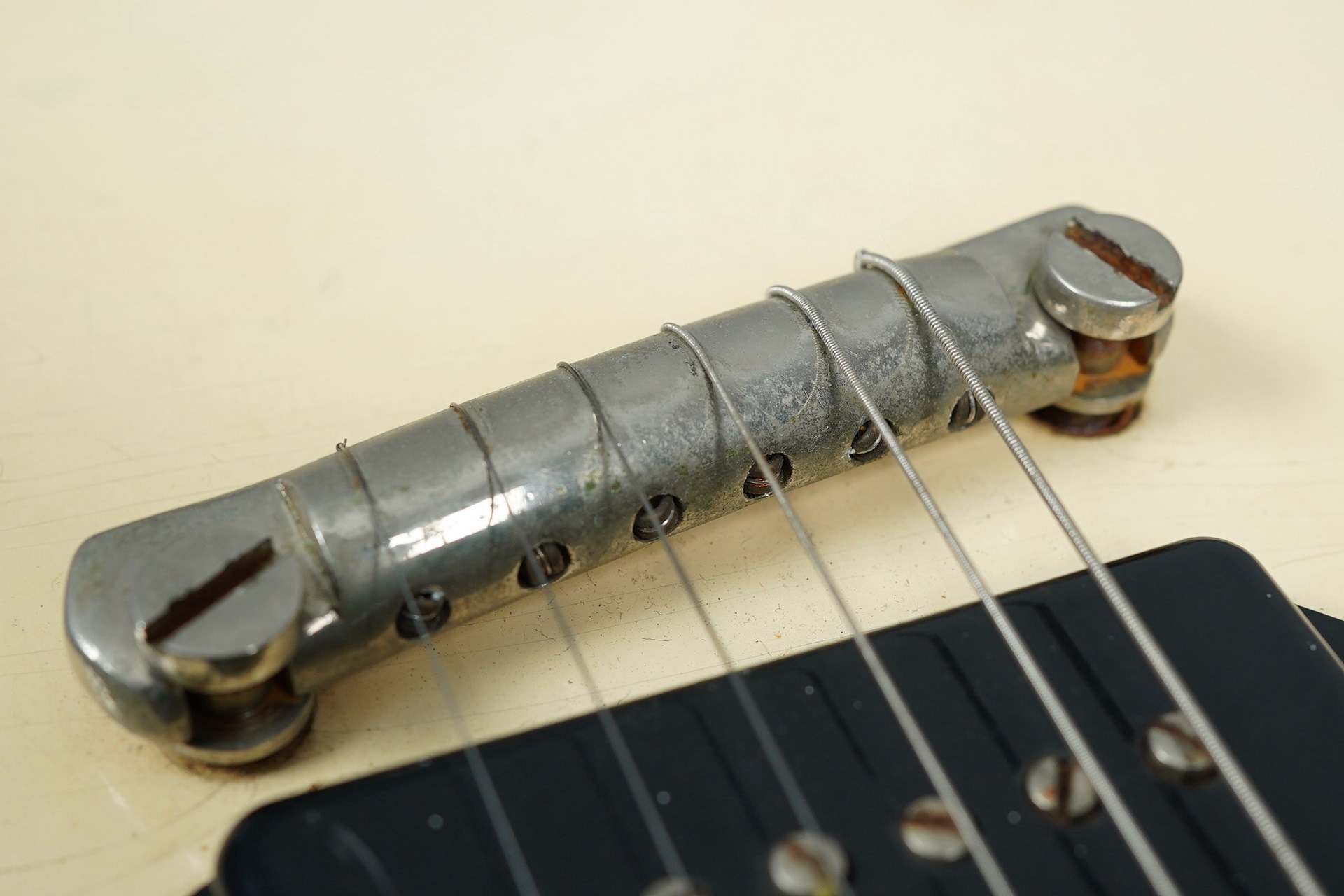 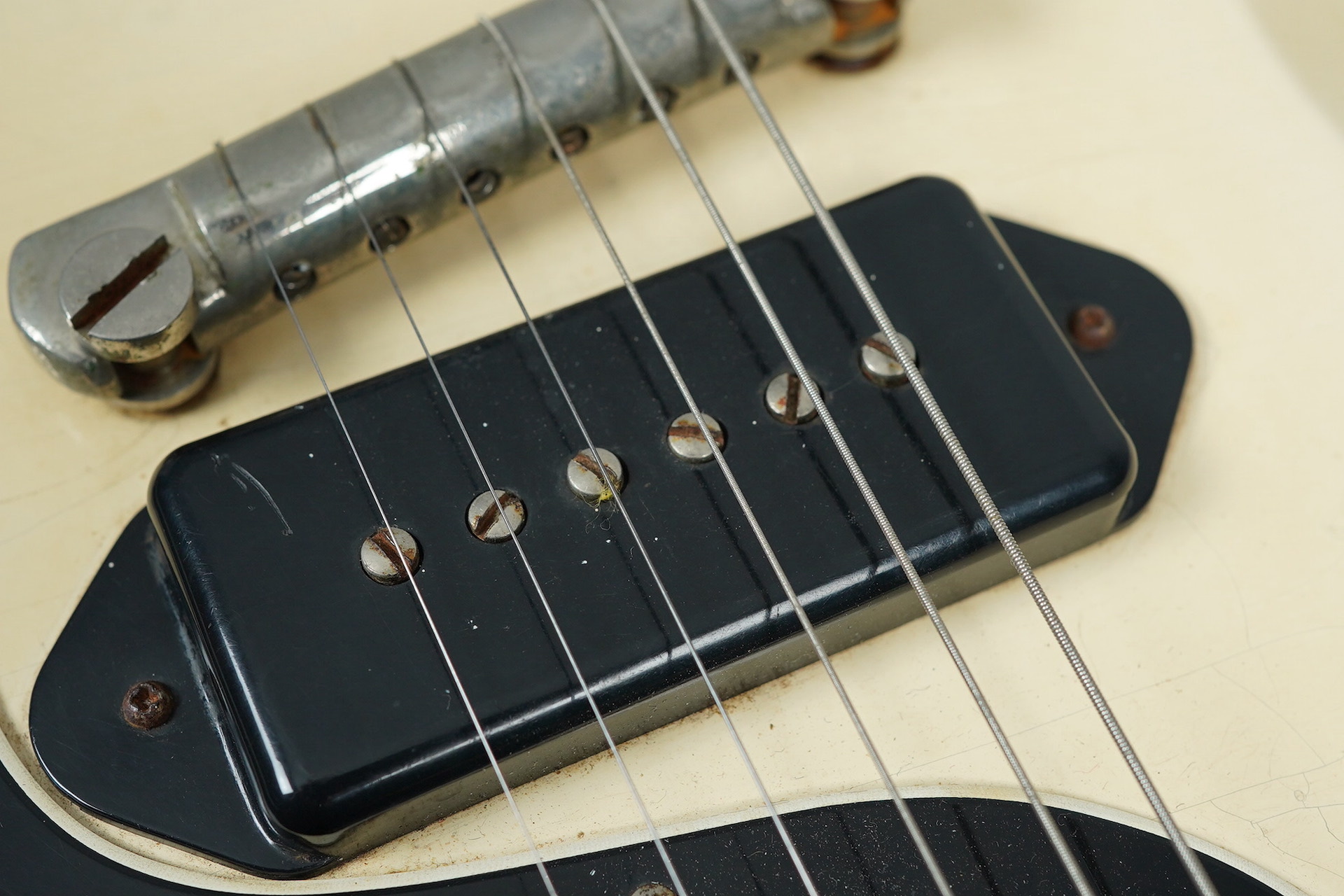 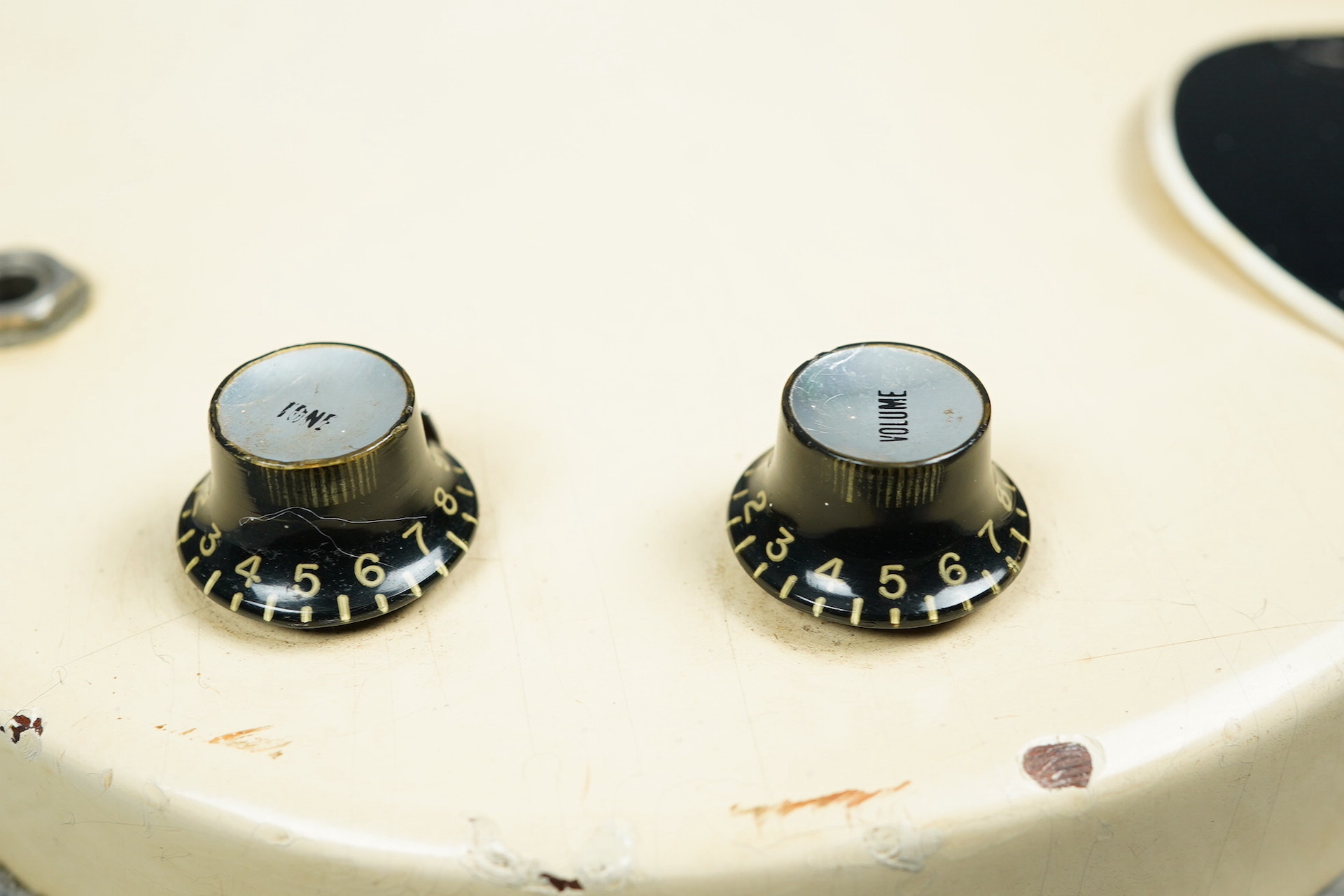 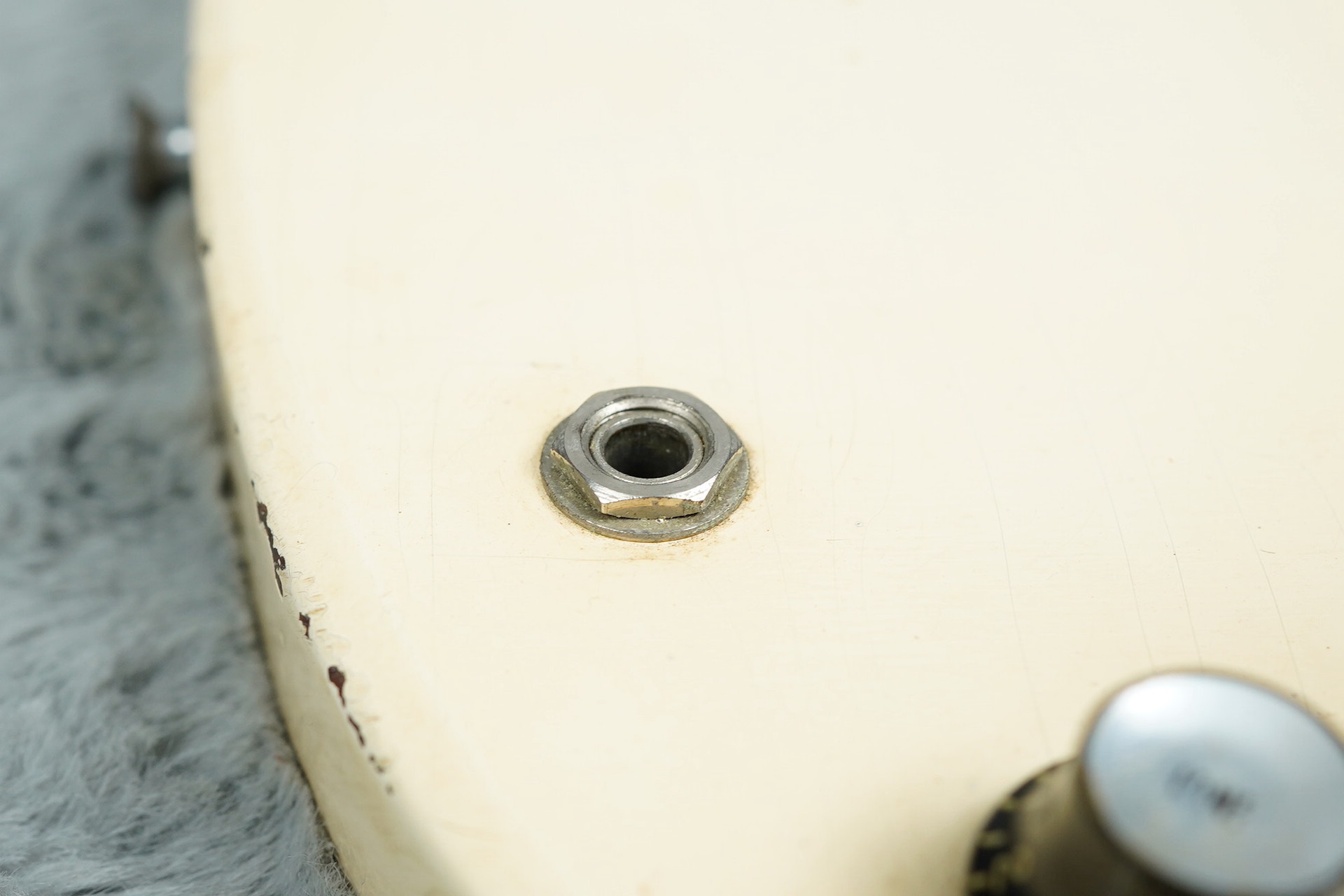 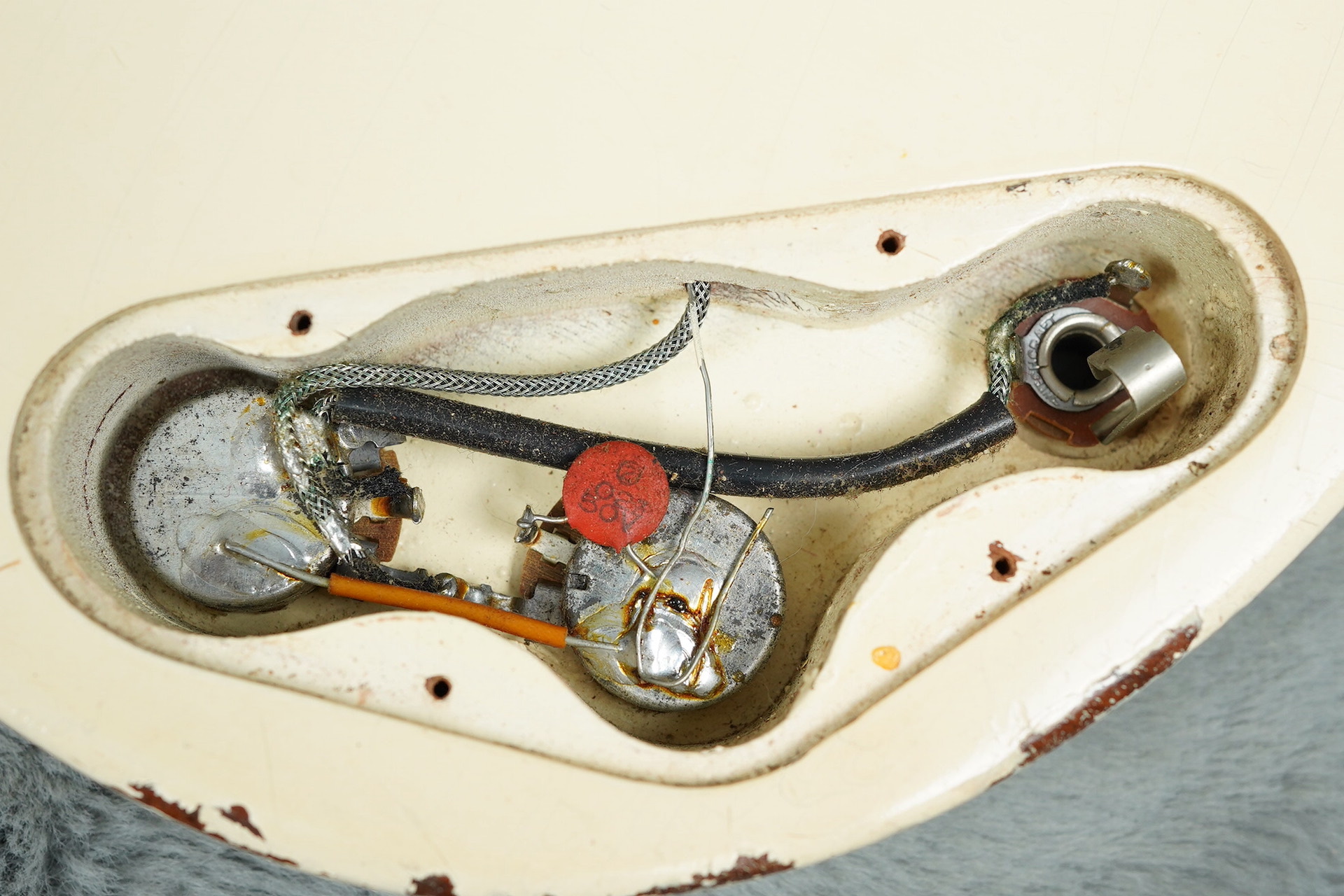 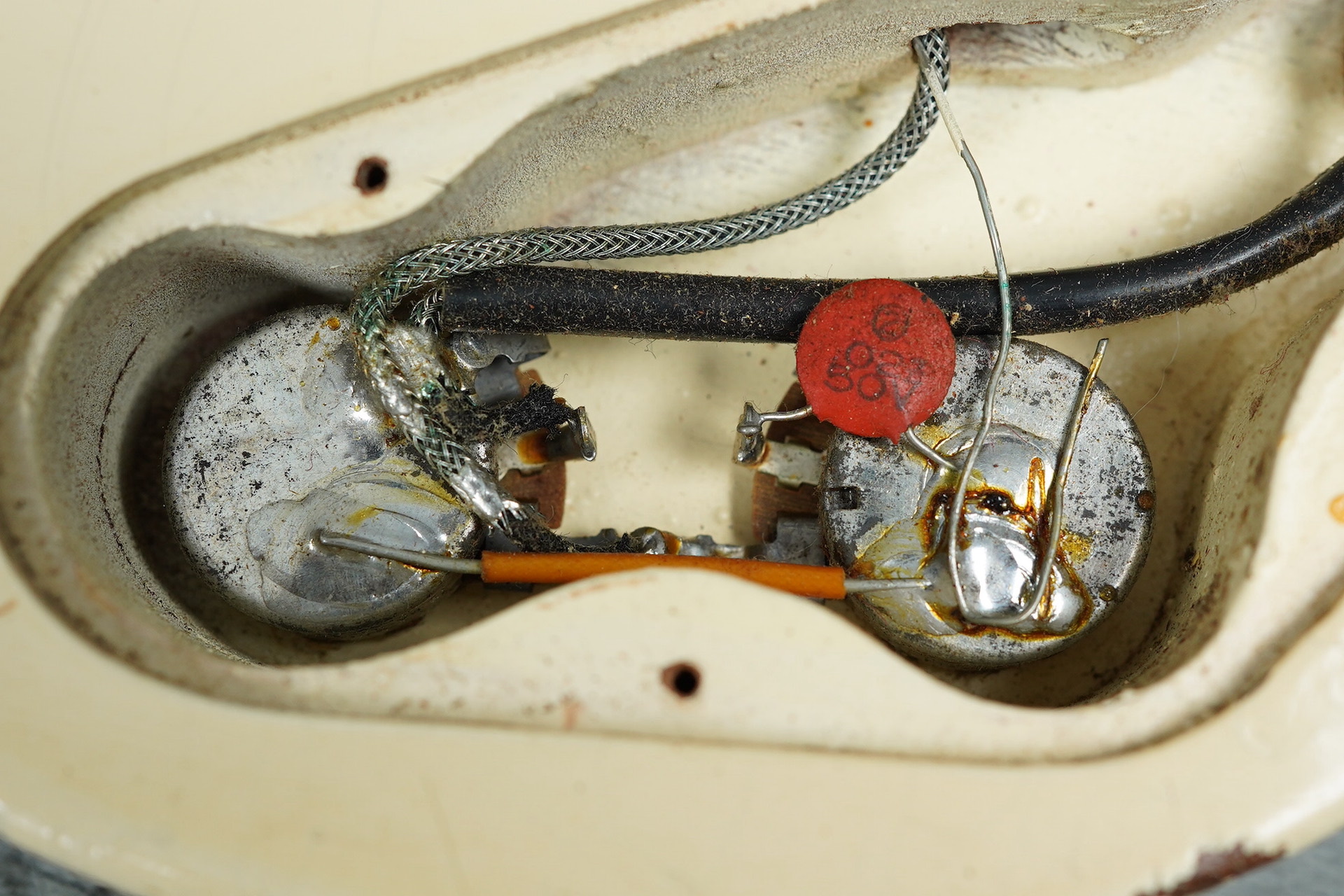 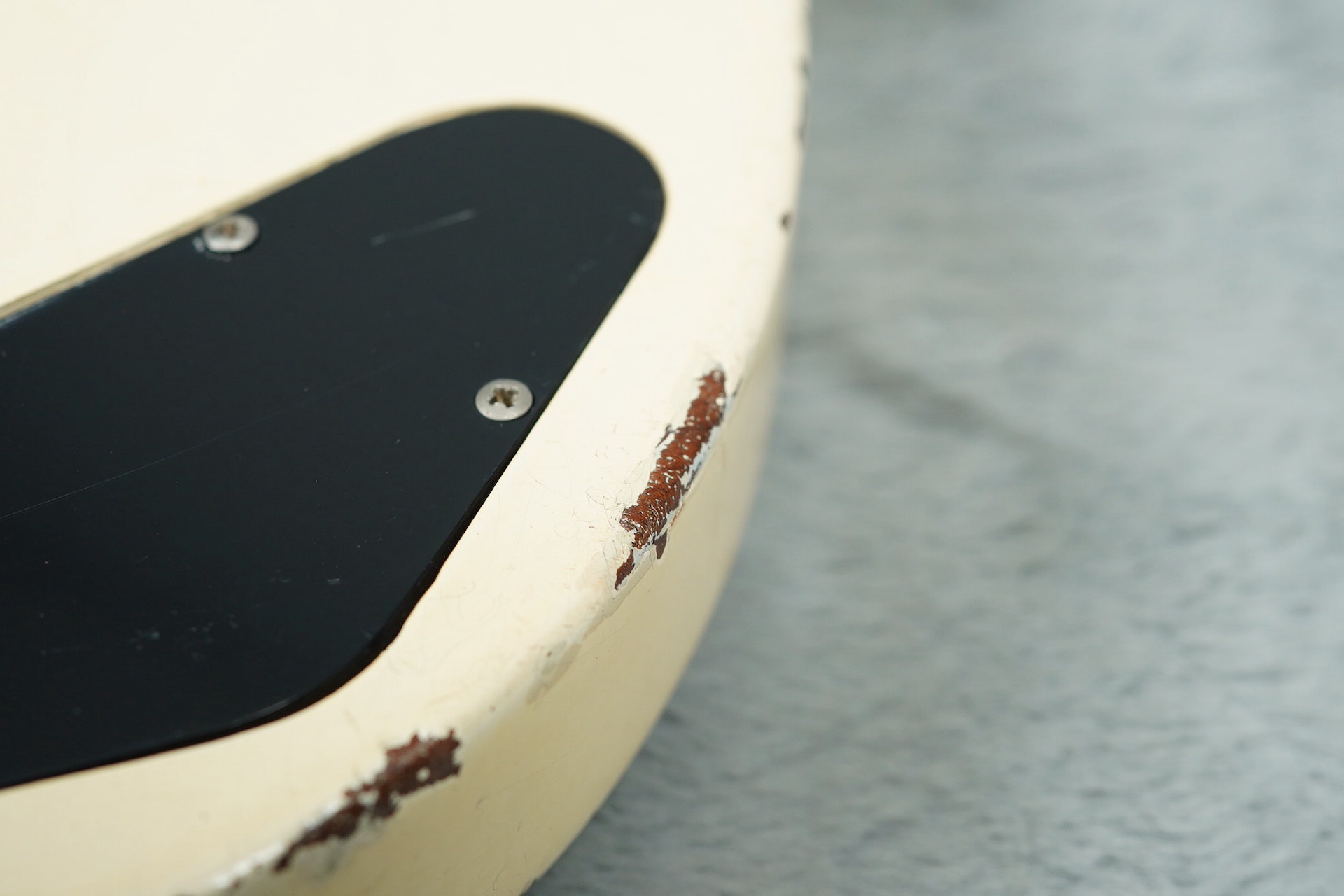