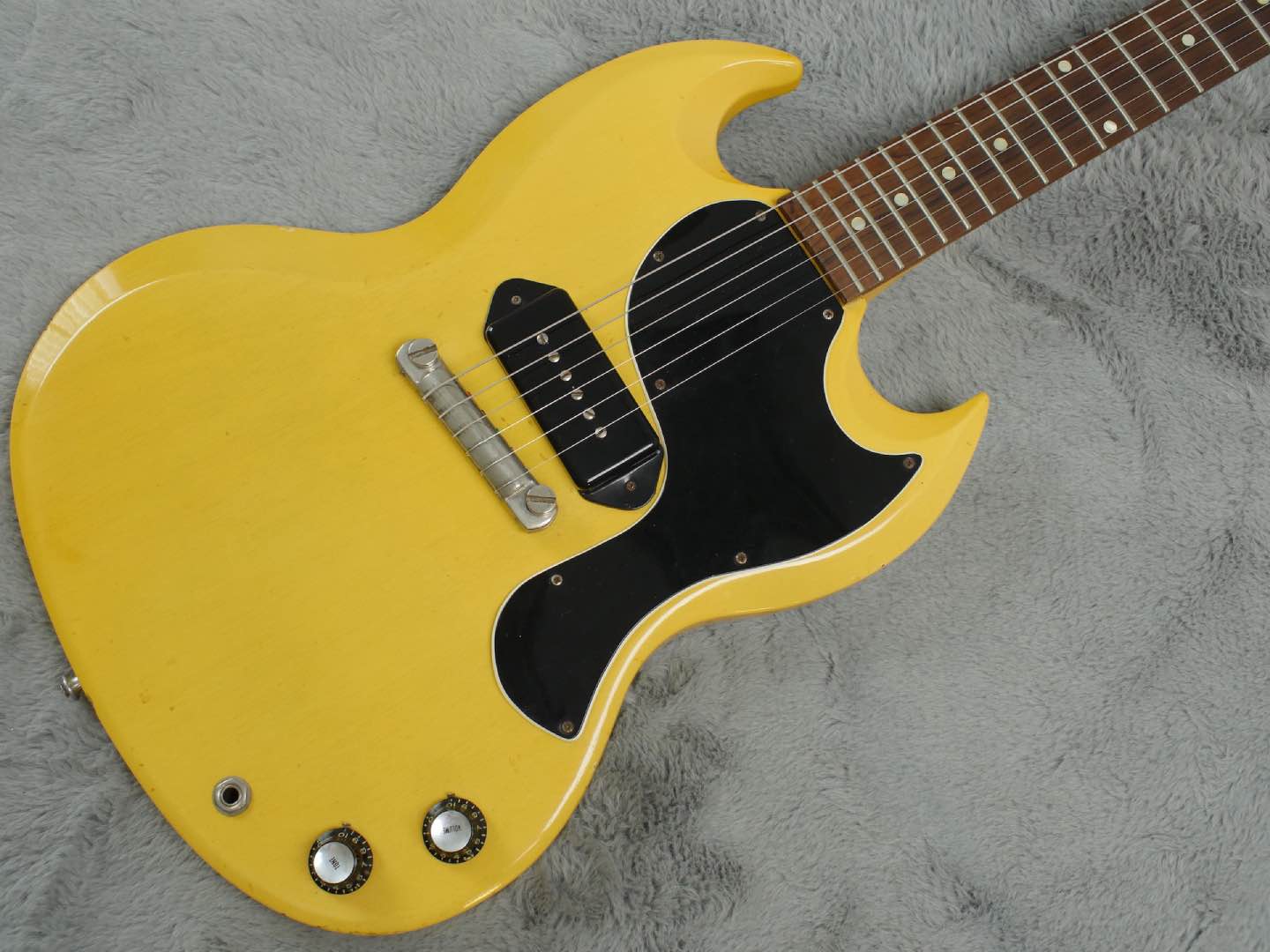 There are a few myths as to the origin of the moniker ‘TV Yellow’. Some say that it originates through the association with television cabinet finishes which were often done in limed mahogany (the finish listed in the Gibson Catalogue). Another idea most often quoted is that the finish looked better when broadcast (a suggestion put forward by Les Paul himself) as white caused issues with early television cameras.

A more controversial one is that the TV stands for ‘Telecaster Version’, a name given to the finish by Gibson executives who thought the combination of a blonde finish and black pick guard would confuse new customers into buying the Les Paul Juniors over their rival Fender’s Telecaster. Whatever the answer, its certain that this is one of Gibson’s most distinctive finishes, one which went through many changes over the years and an SG in TV yellow is the rarest of the lot.

You’d certainly never loose this guitar in a dark corner. What first strikes you about it is the vibrancy of the colour (which goes without saying!). The body is in exquisite shape with only very minor marks on it. Both front and back look stunning with no fade to speak of. The guitar has spent the past 15 years in Devon obviously enjoying charmed life and only surfaced when we sold our last SG TV yellow Junior a couple of months ago. A very nice person got in touch and told us ‘I have one of these - do you fancy buying it?’

A three hour drive later and we were greeted by a super fine example of one of the rarest guitars you could hope to find which apparently used to belong to a Taylor rep and was sold to a local music store in Exeter. What is so fine and special about this one, despite the fine and special condition of course, is the case with is the expensive hard case you normally see a SG Standard or Custom in. Looking at the imprints on the lid, this case has been with this amazing guitar from new and no other guitar has been in it.

The neck shows a few minor signs of use and there are a few very small marks but the lacquer hasn’t worn down and still retains its lustrous shine. The fretboard and original frets show no signs of wear and are in exceptional condition.

The plastics are in great shape. The pick guard has warped a little towards the lower end but is crack free, as is the pickup cover.

Electrically the only things thats been altered is that the solder has been re-flowed on the volume pot (15 years ago) which you probably would not notice unless we told you so, which we just have. Otherwise the pickup, pots and other solder joint are untouched.

This guitar really sings. The P90 is fantastic with a real health 8.3k output and the lighter body gives the tone a little more air when compared to an earlier Junior. The controls are very responsive and the neck is comfortable to play.

These guitars are quite rare, even if we have seen two in as many months it may be 20 years before we see another. The state that we find it in if sensational and it is a must have for anyone looking for something different or an unique SG junior to add to the collection. 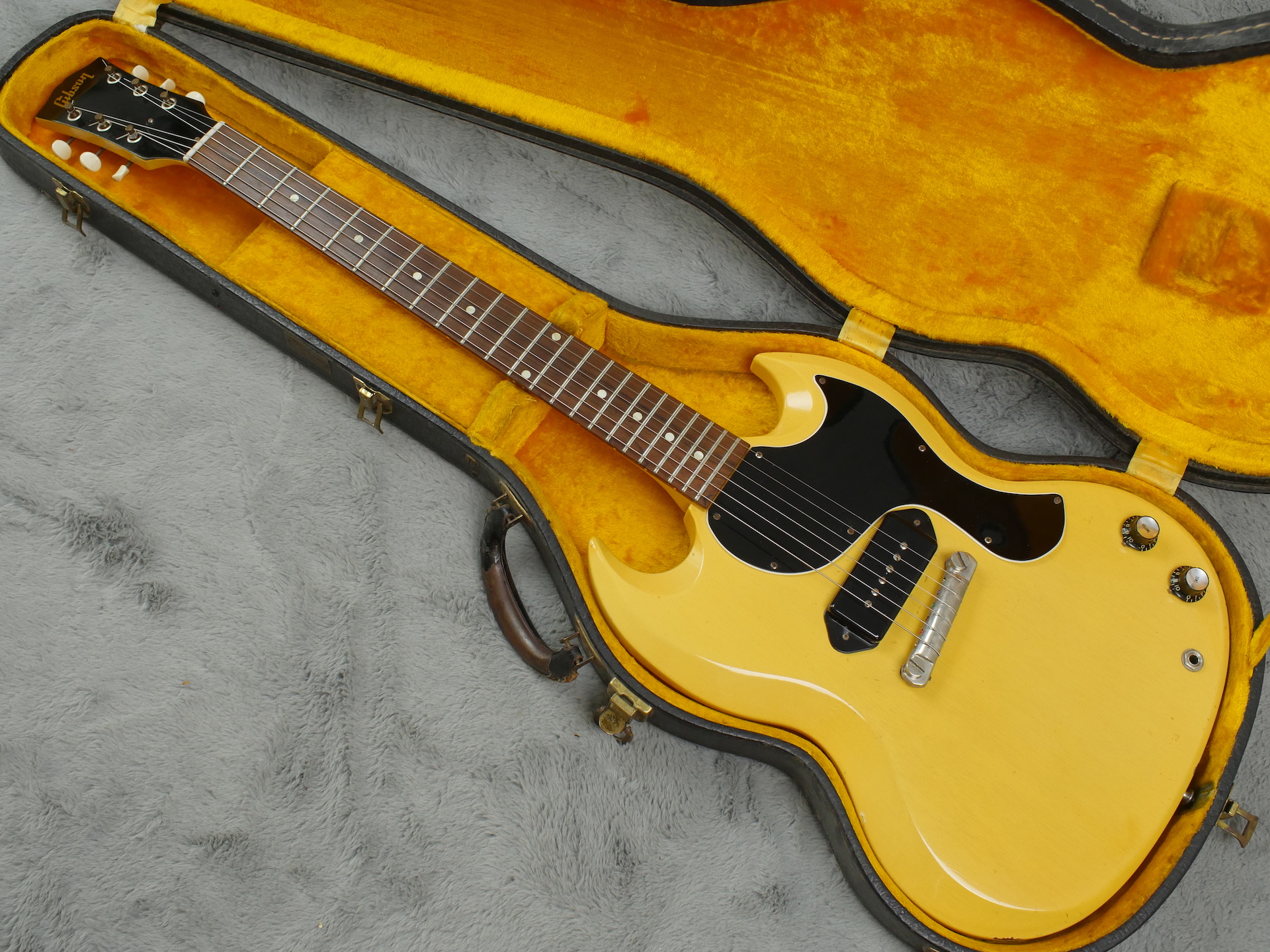 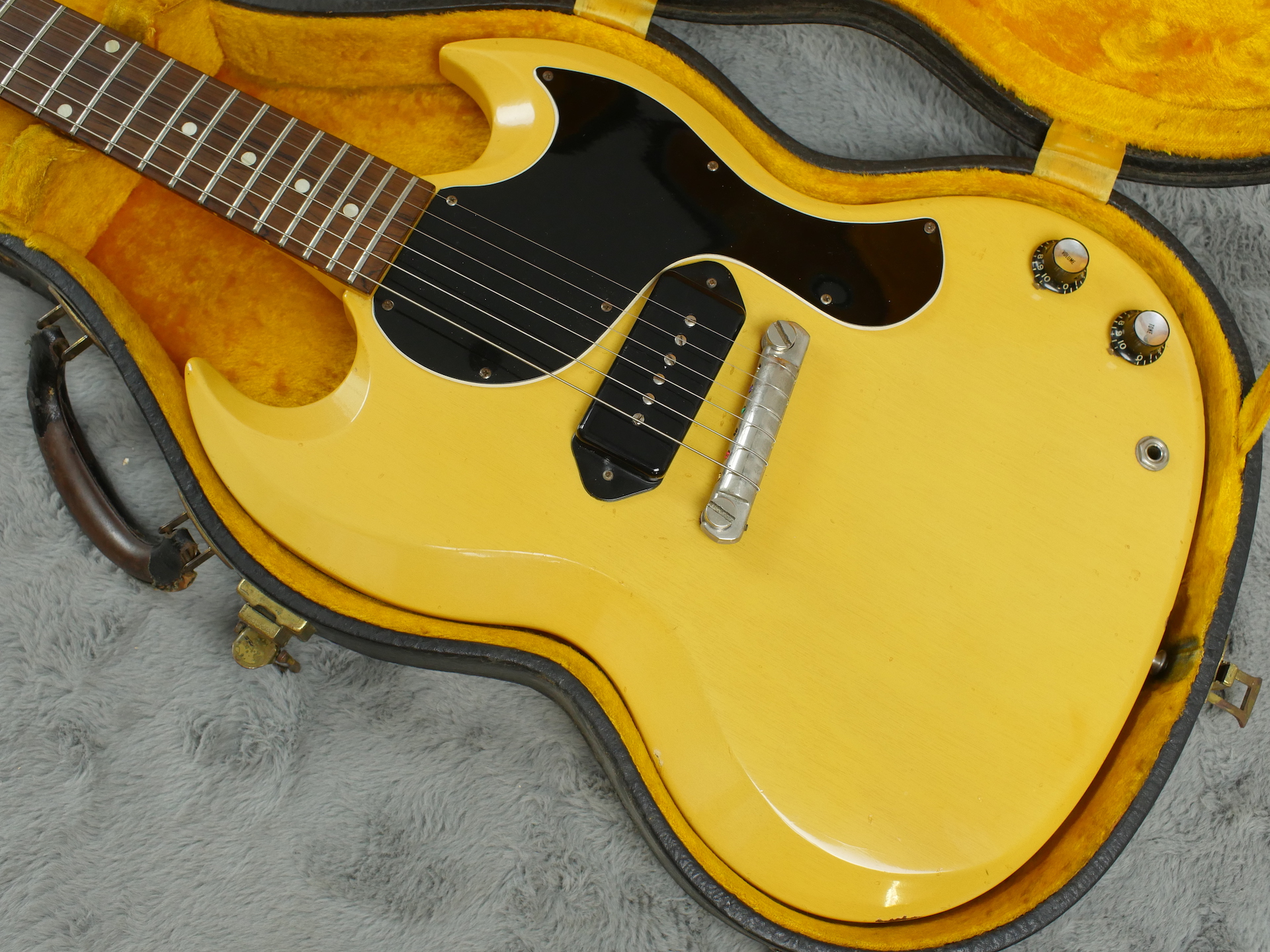 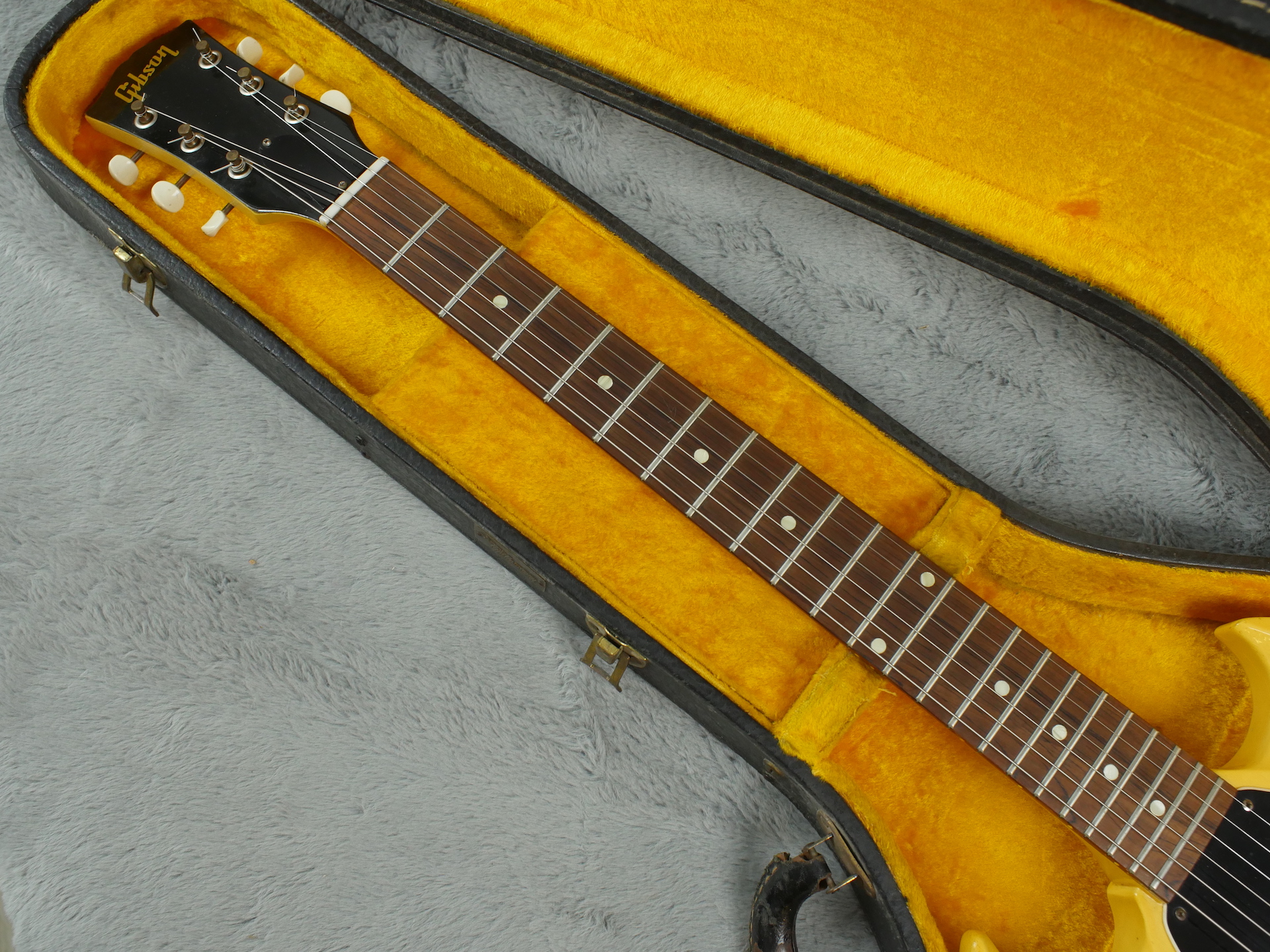 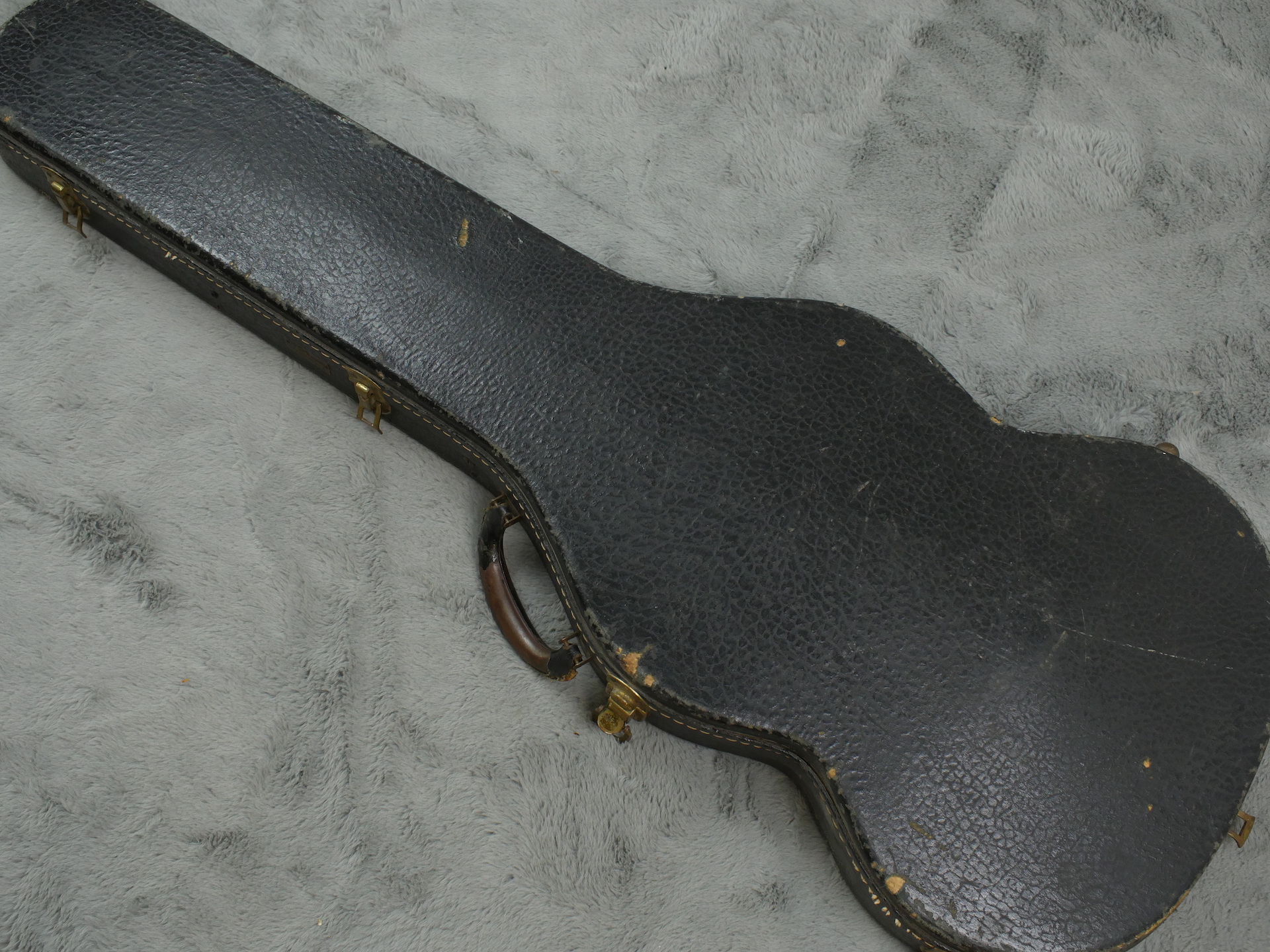 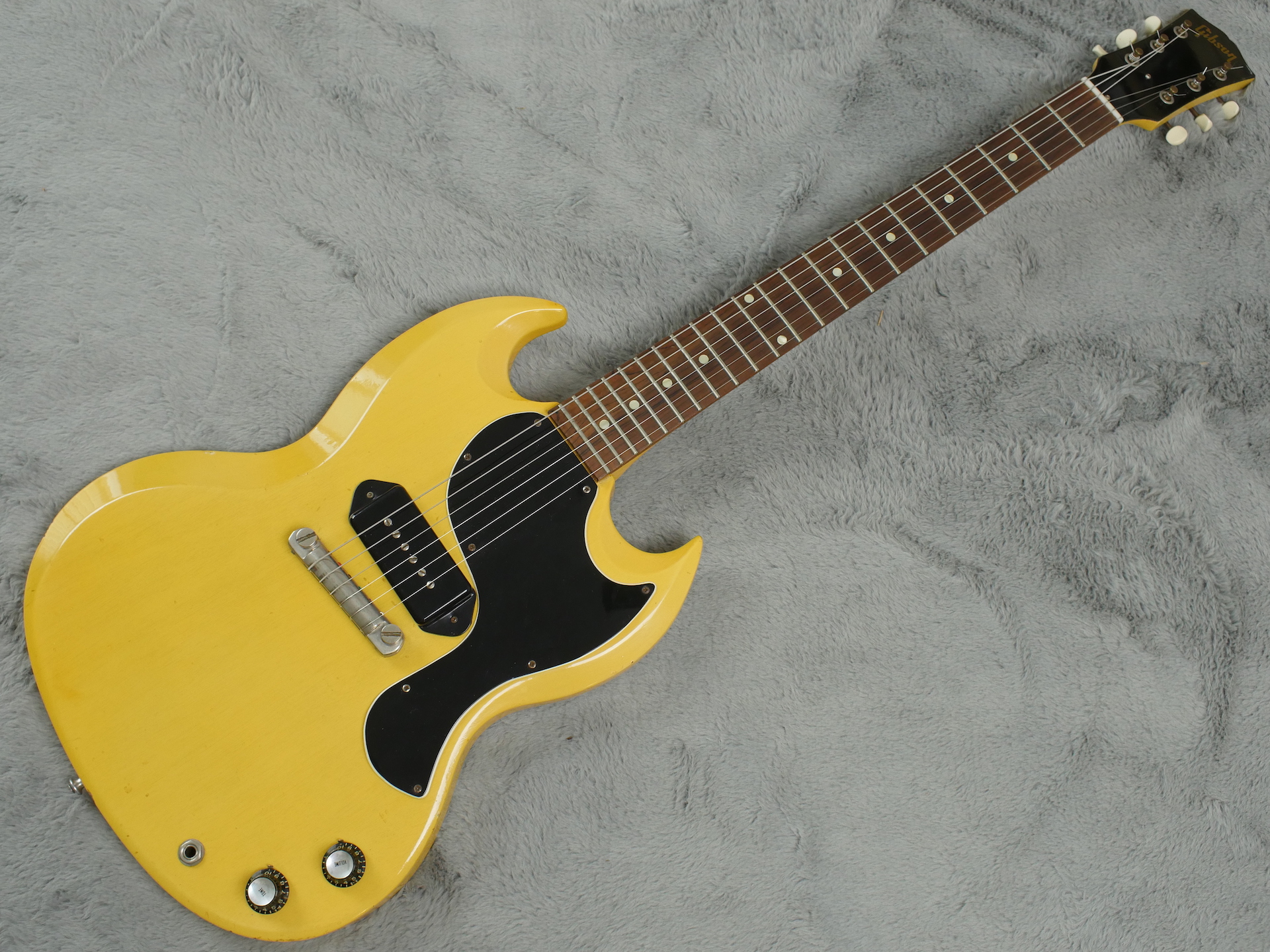 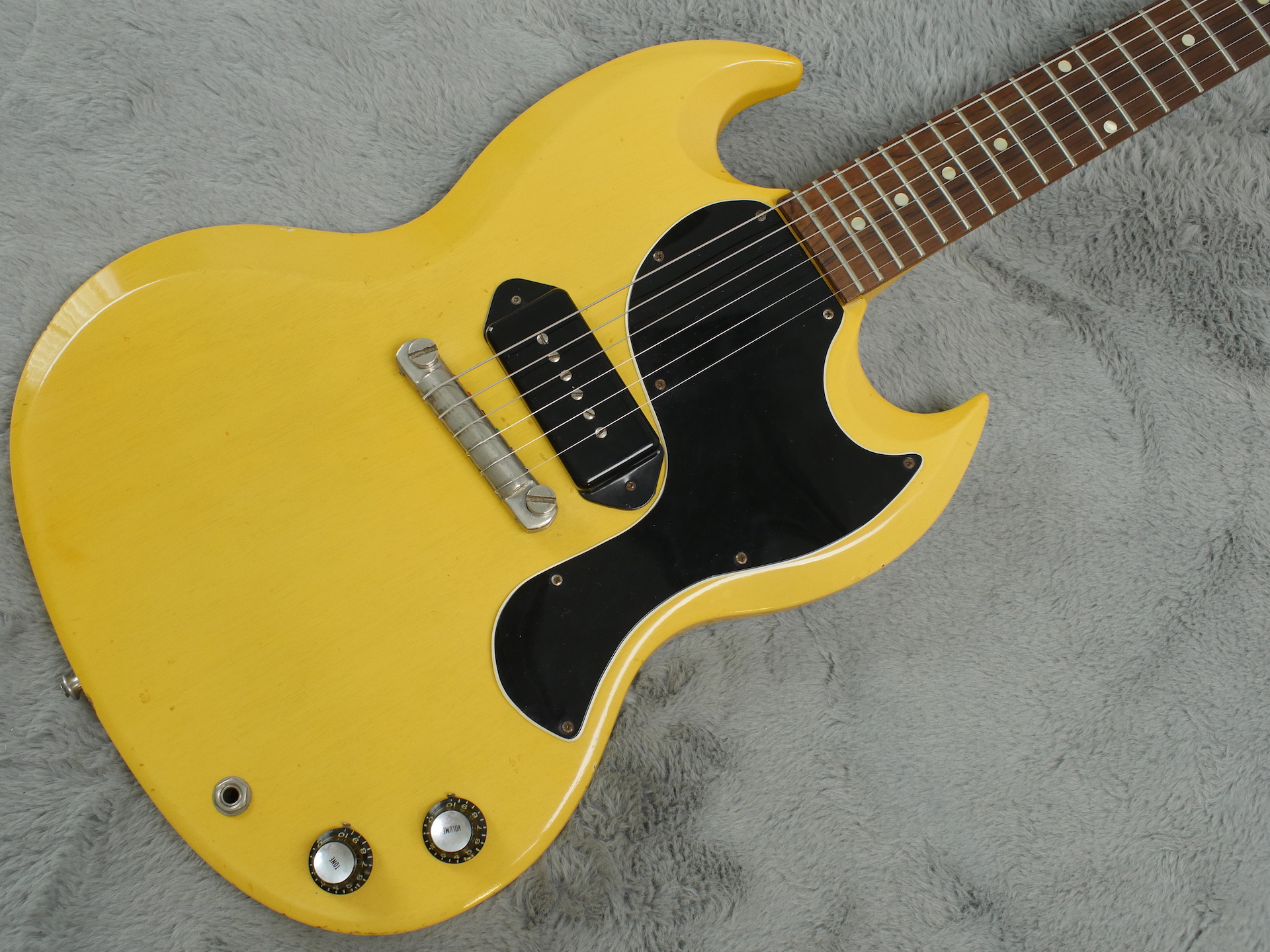 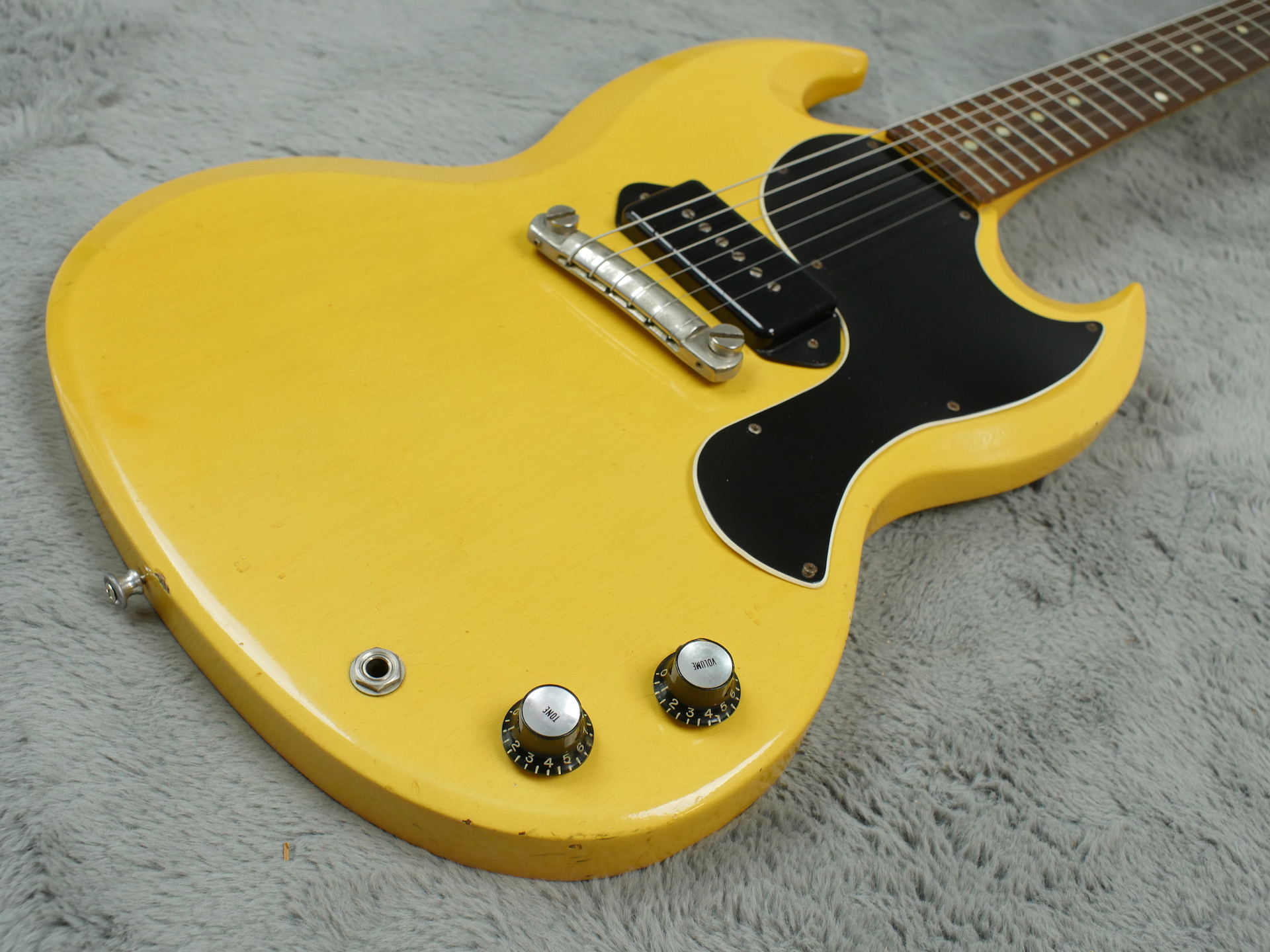 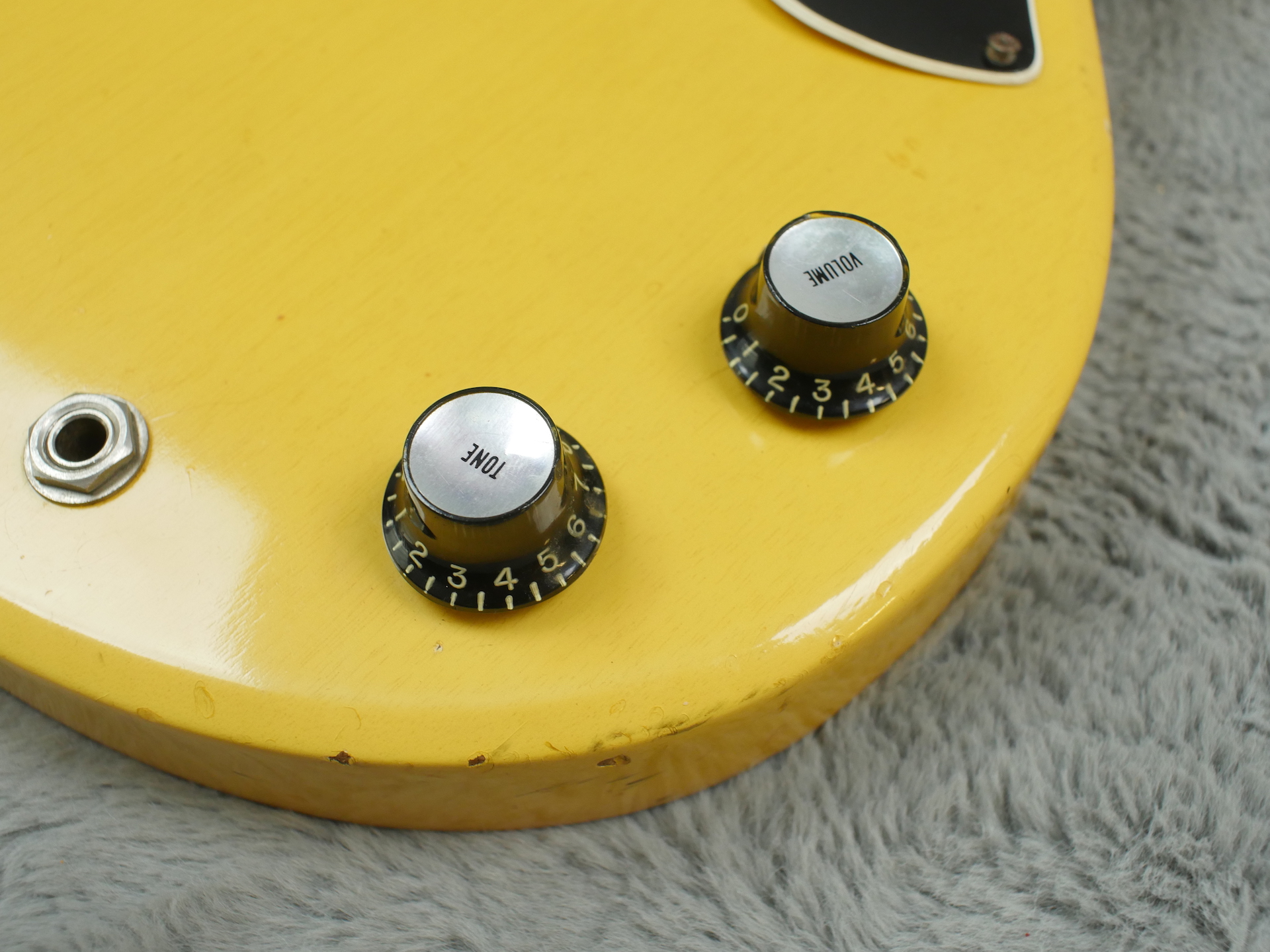 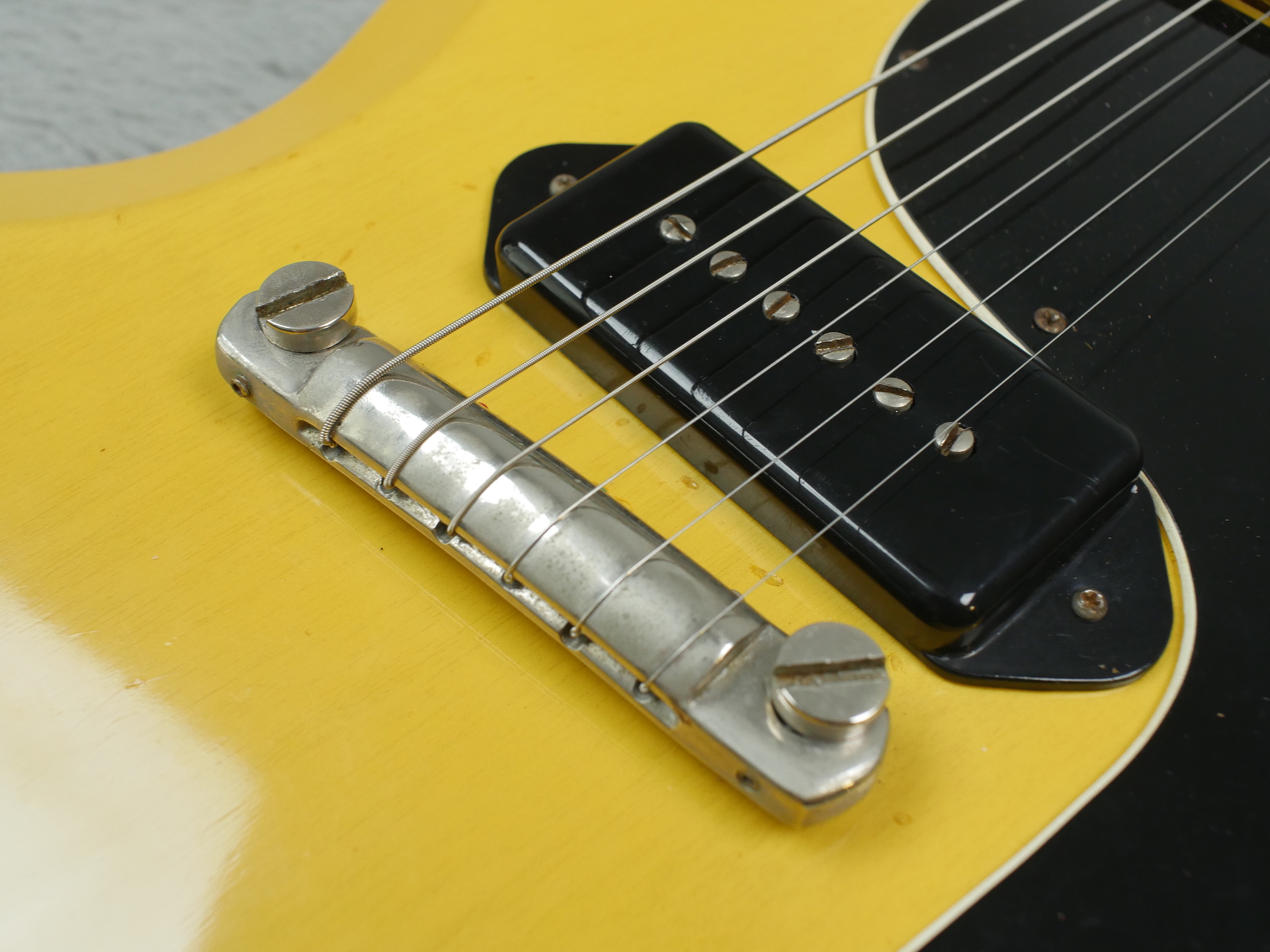 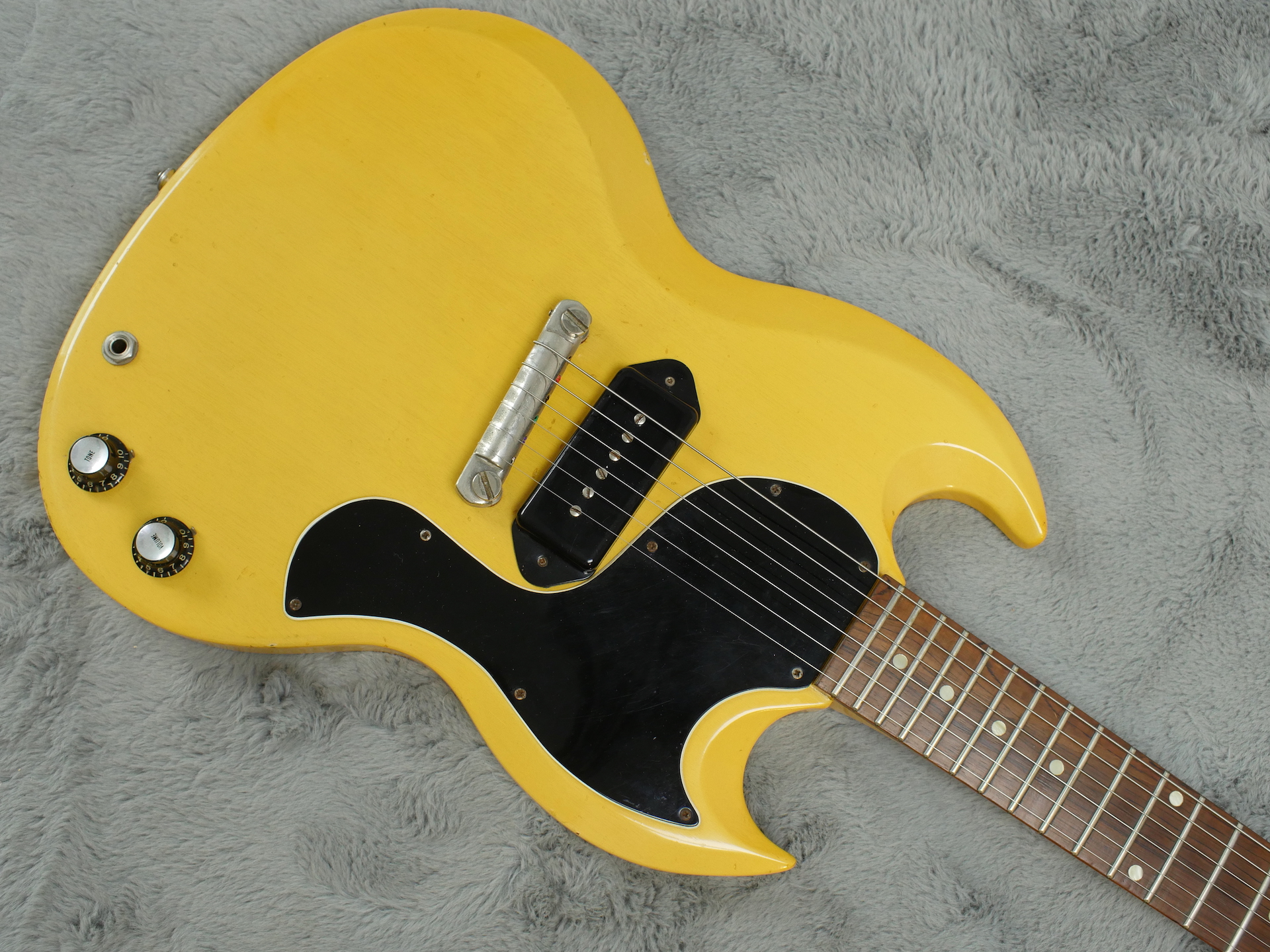 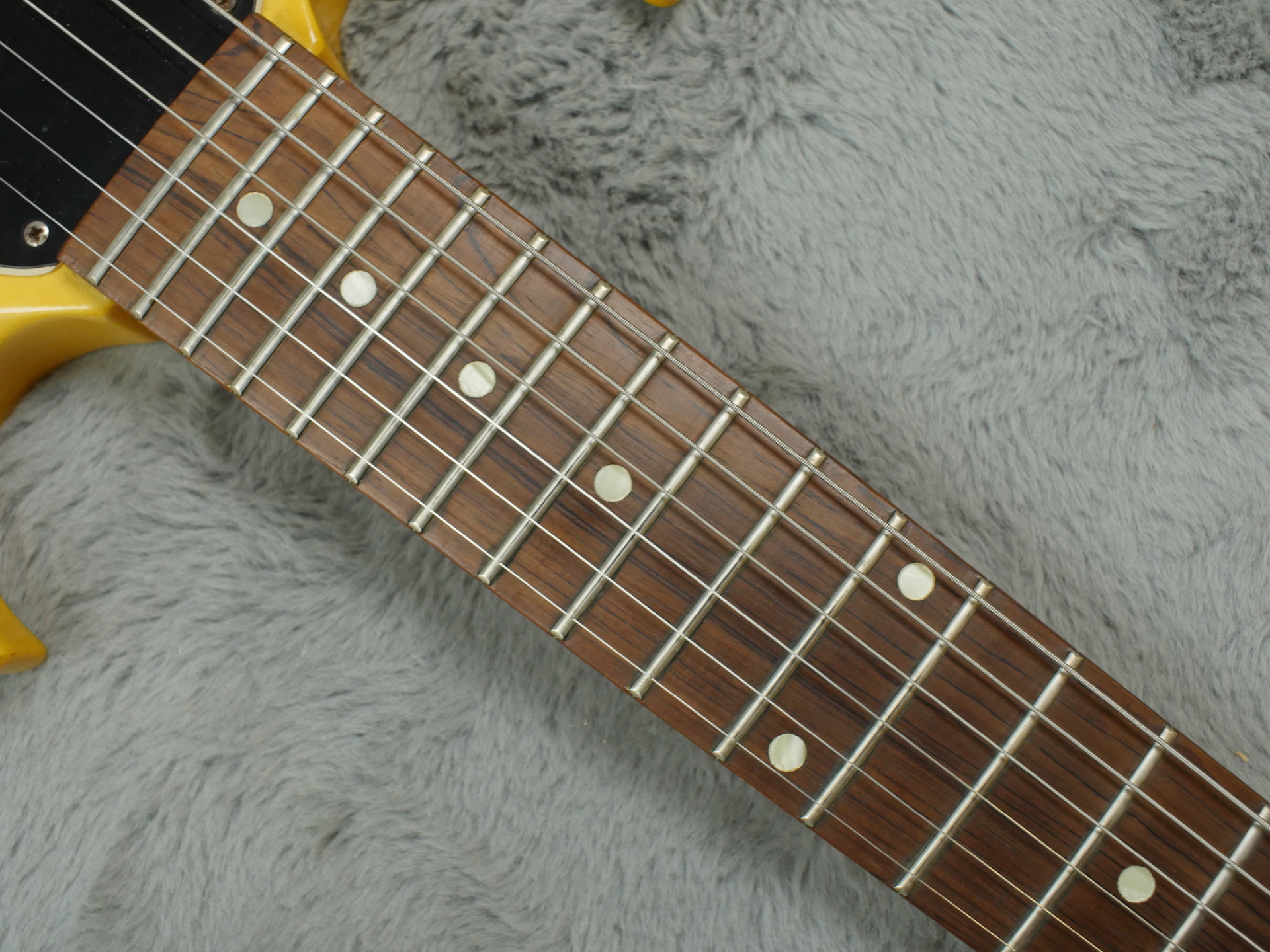 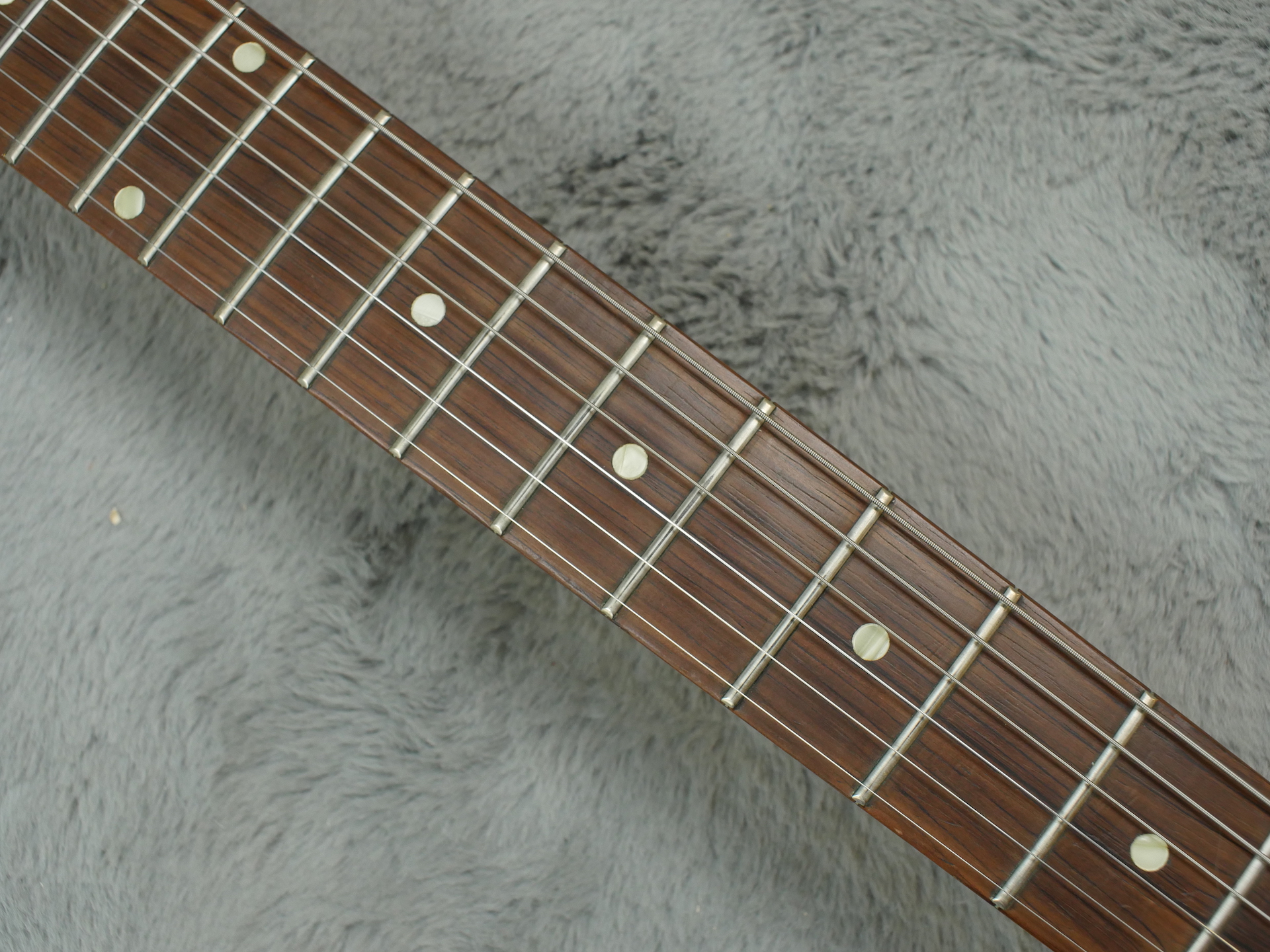 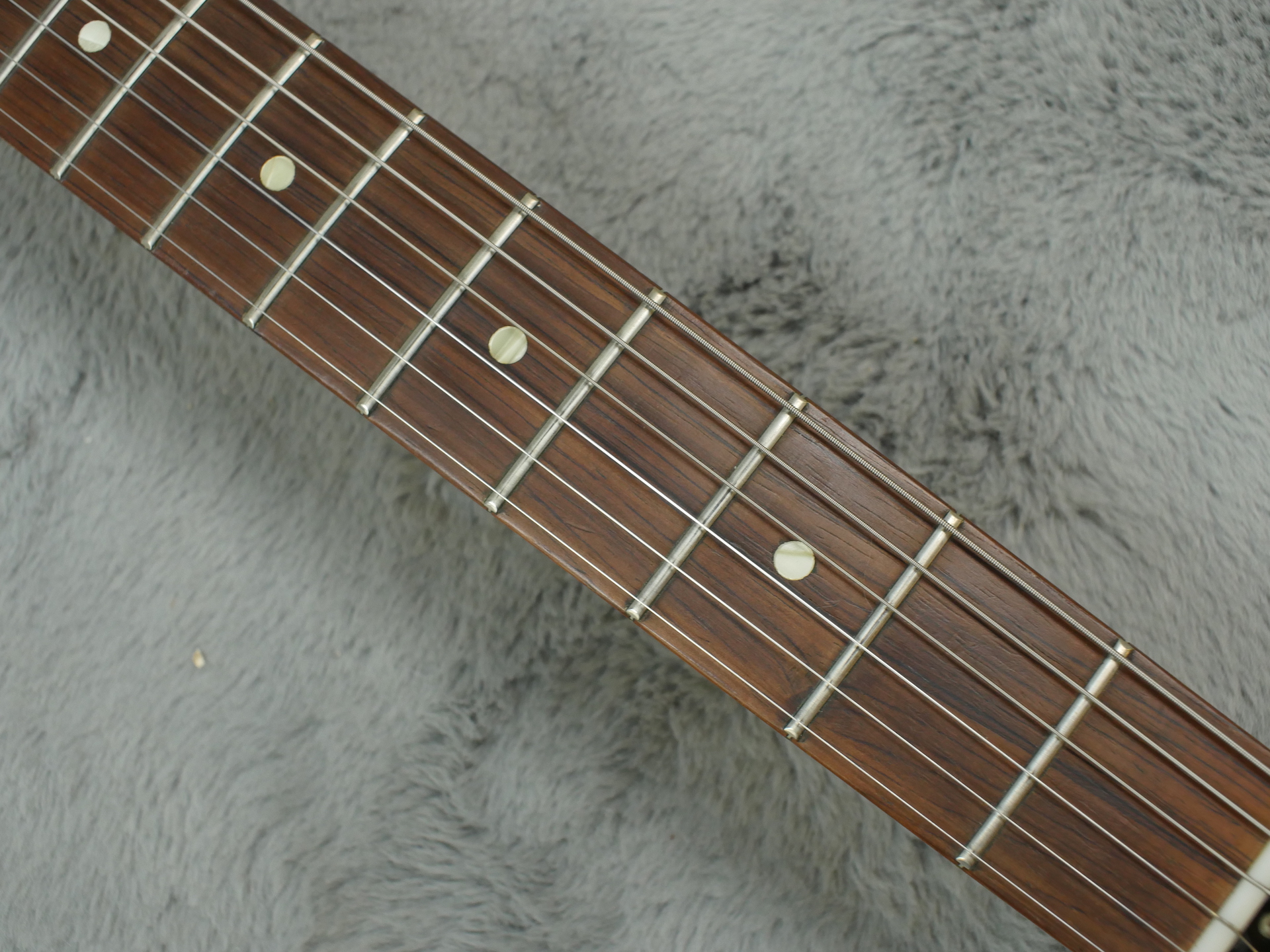 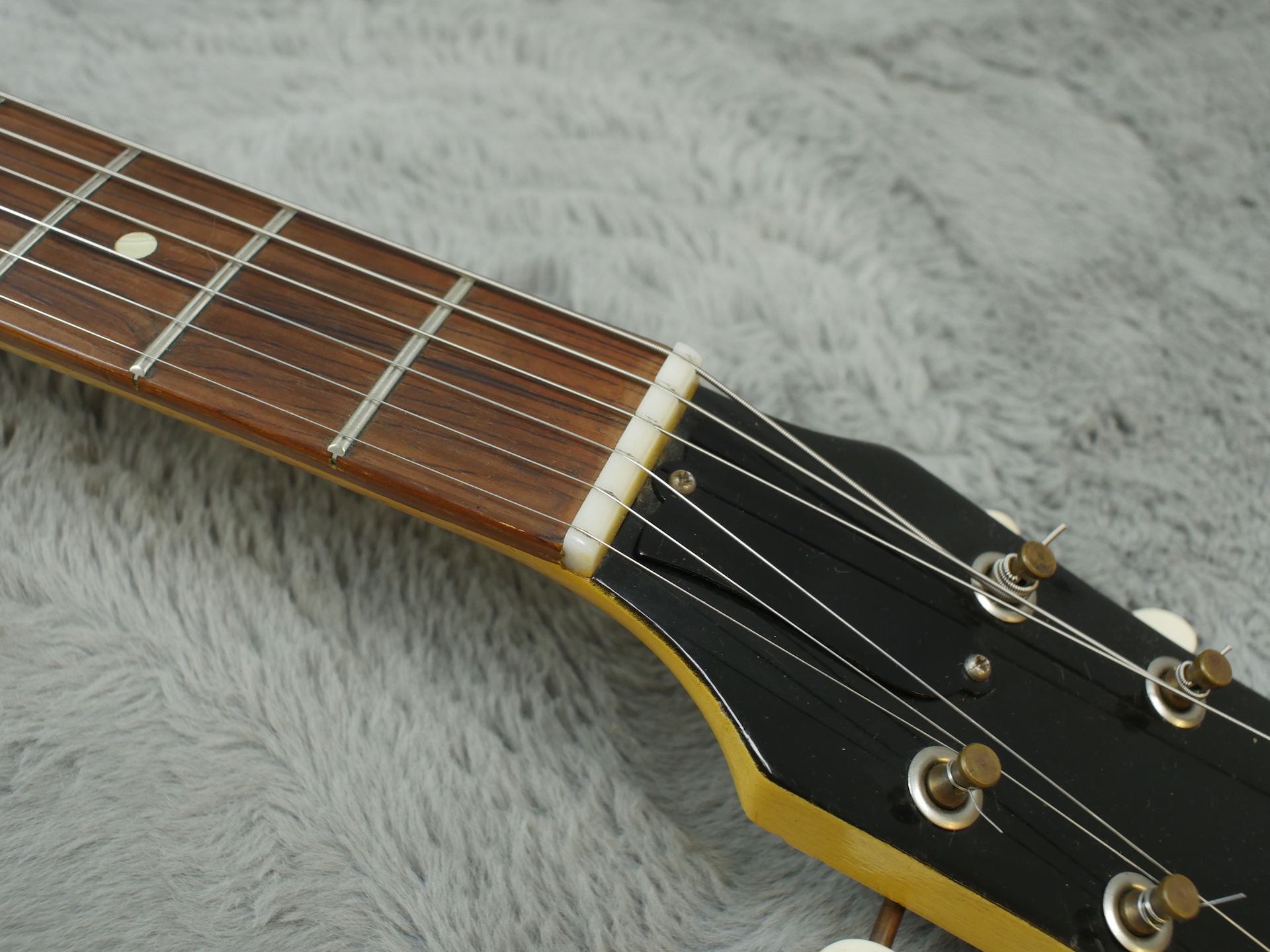 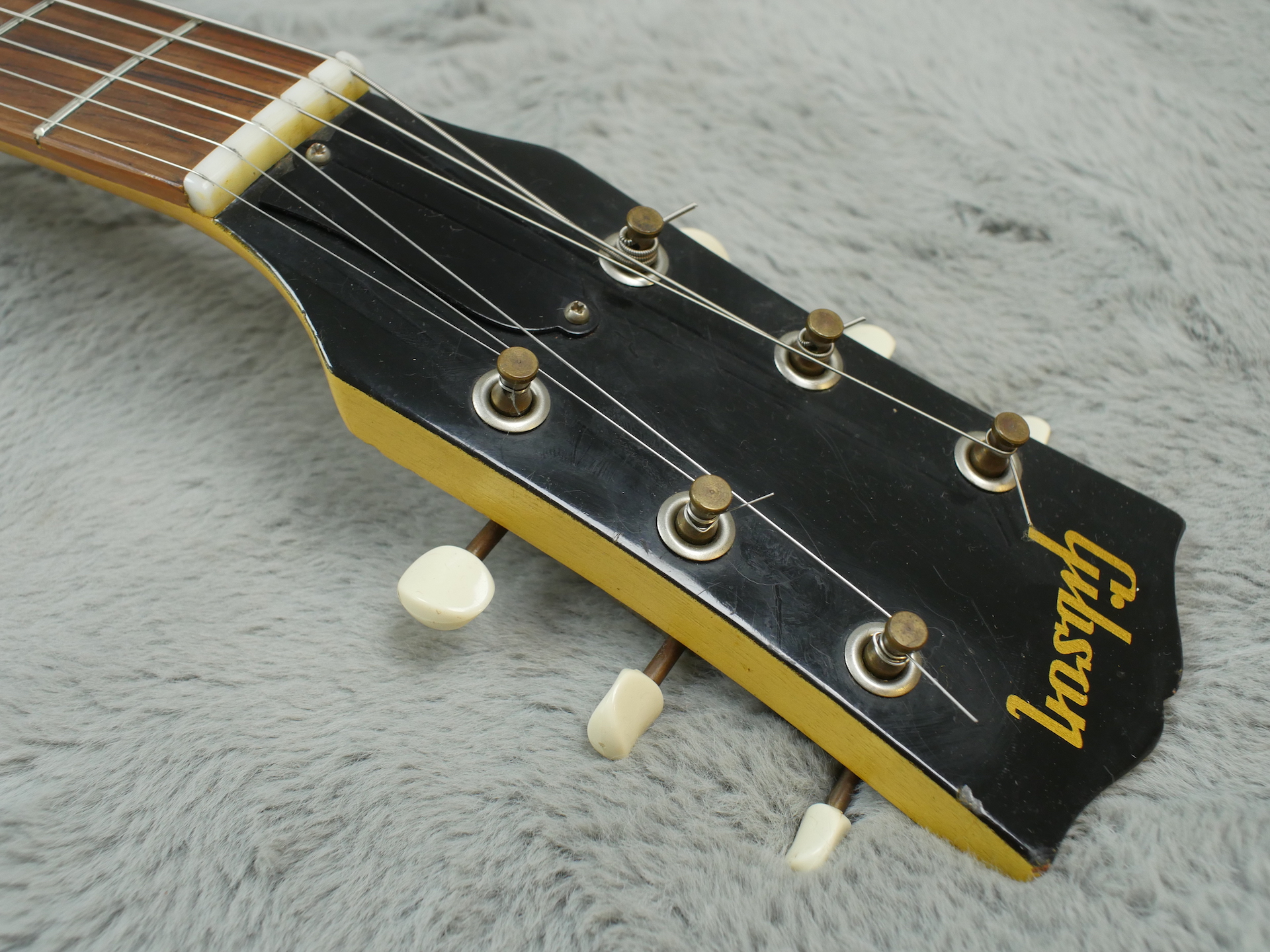 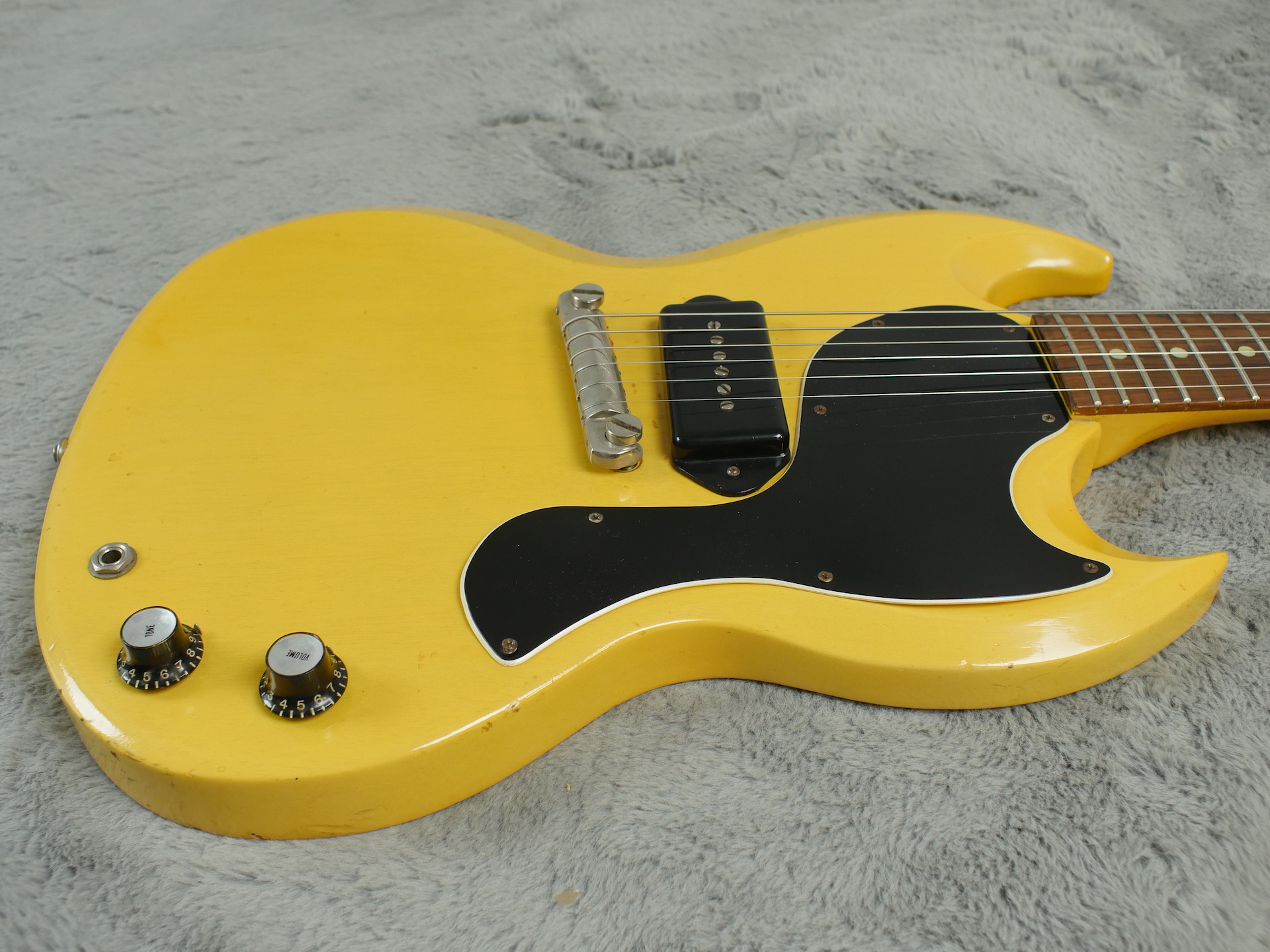 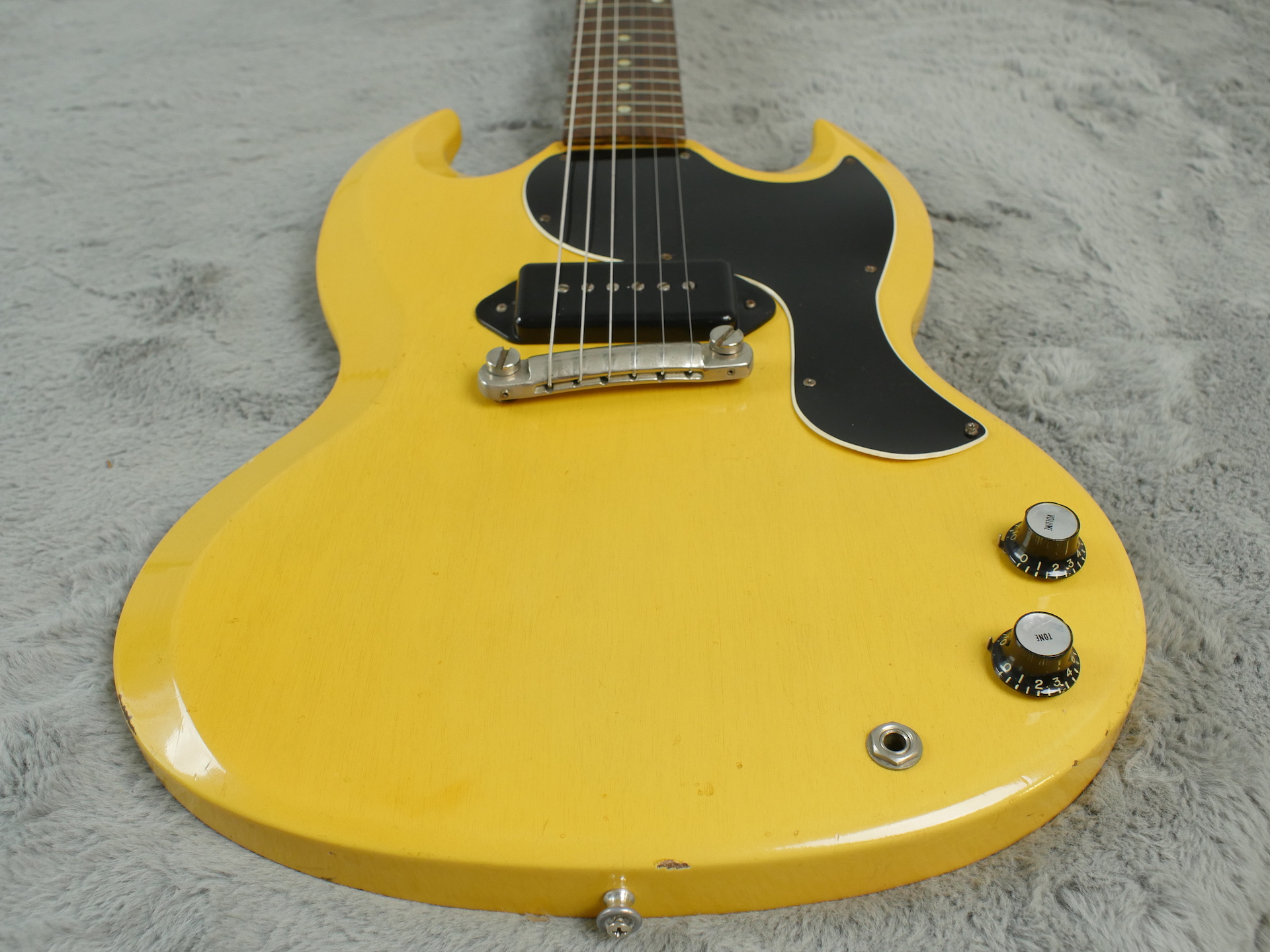 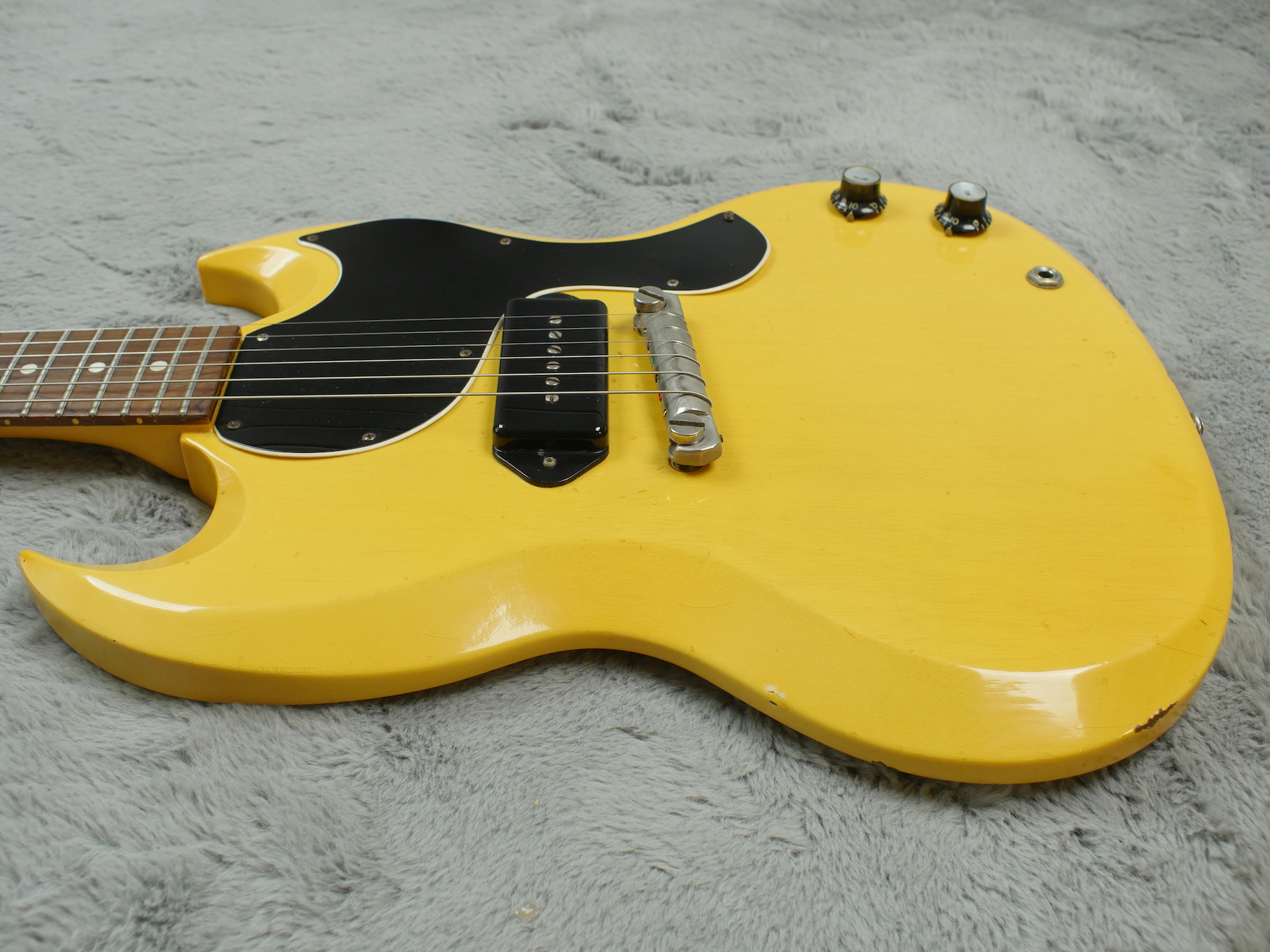 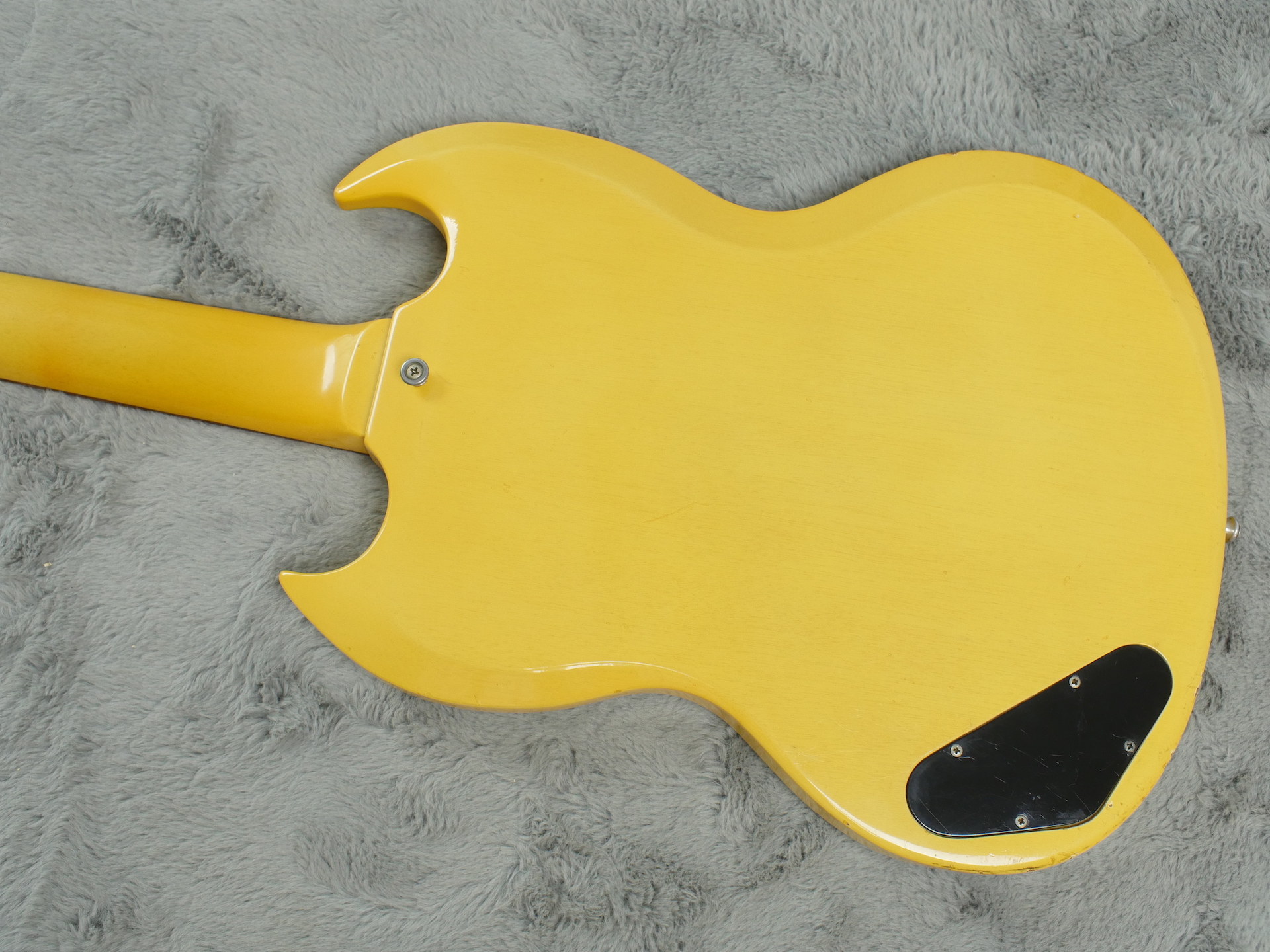 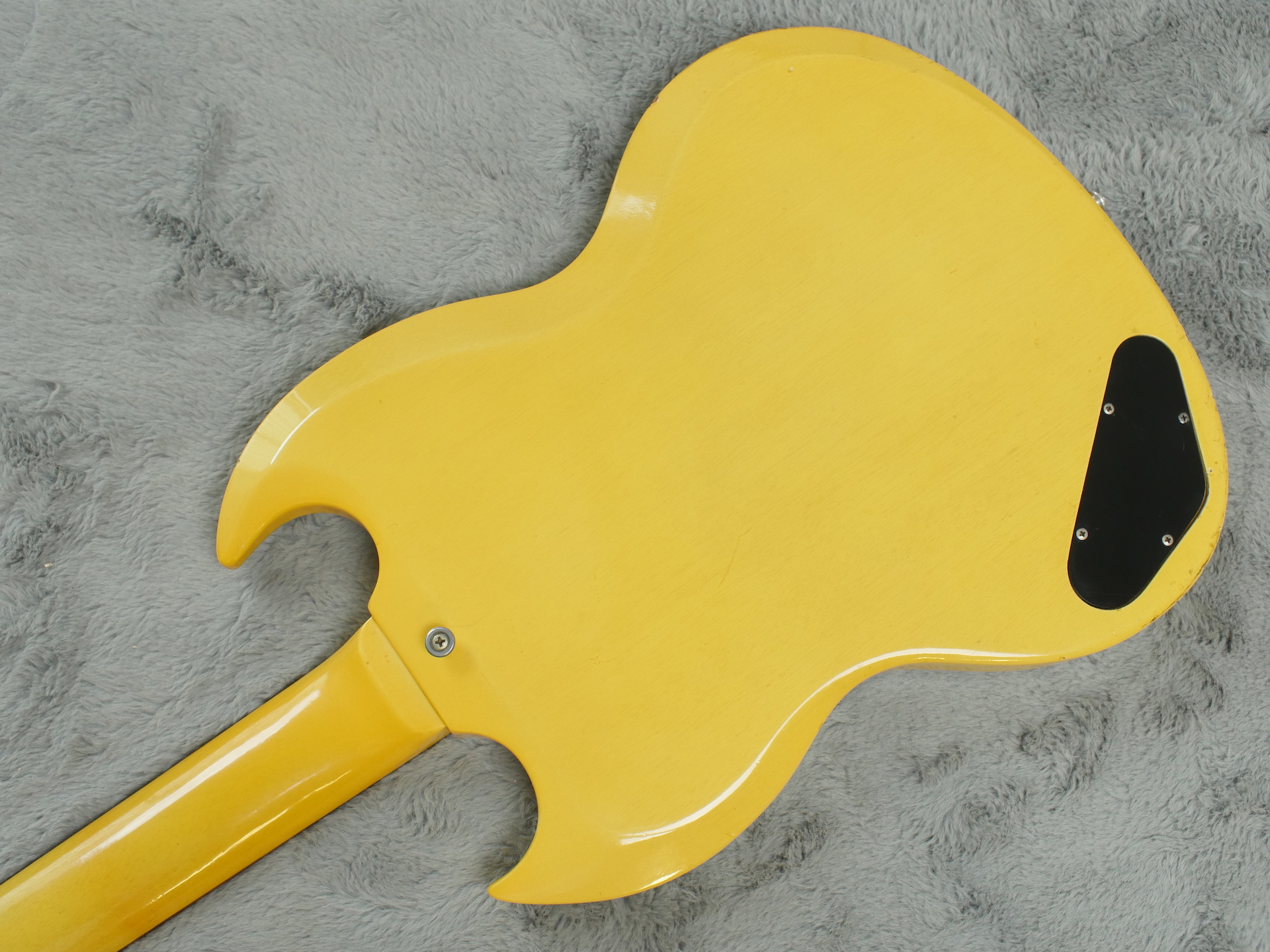 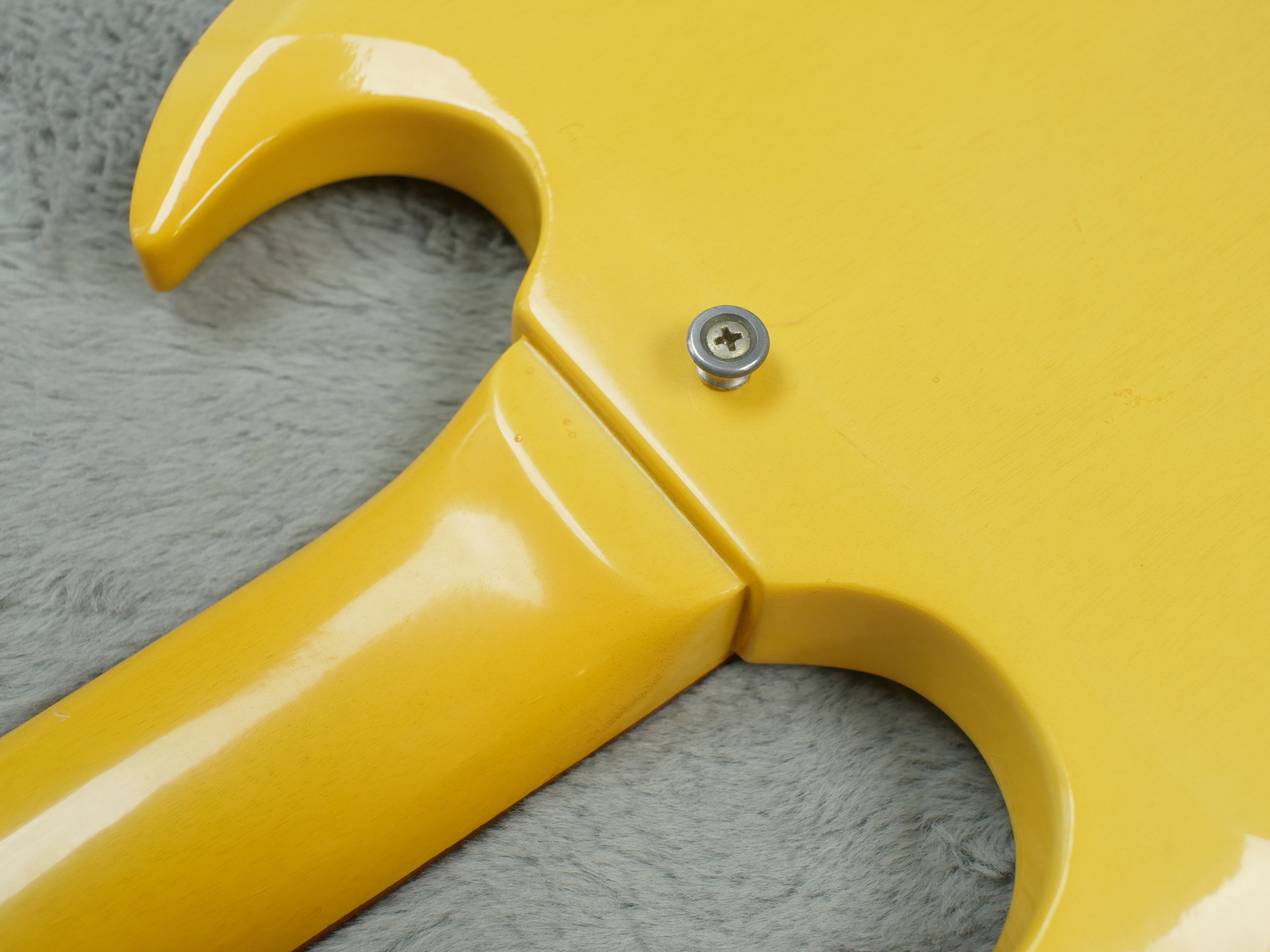 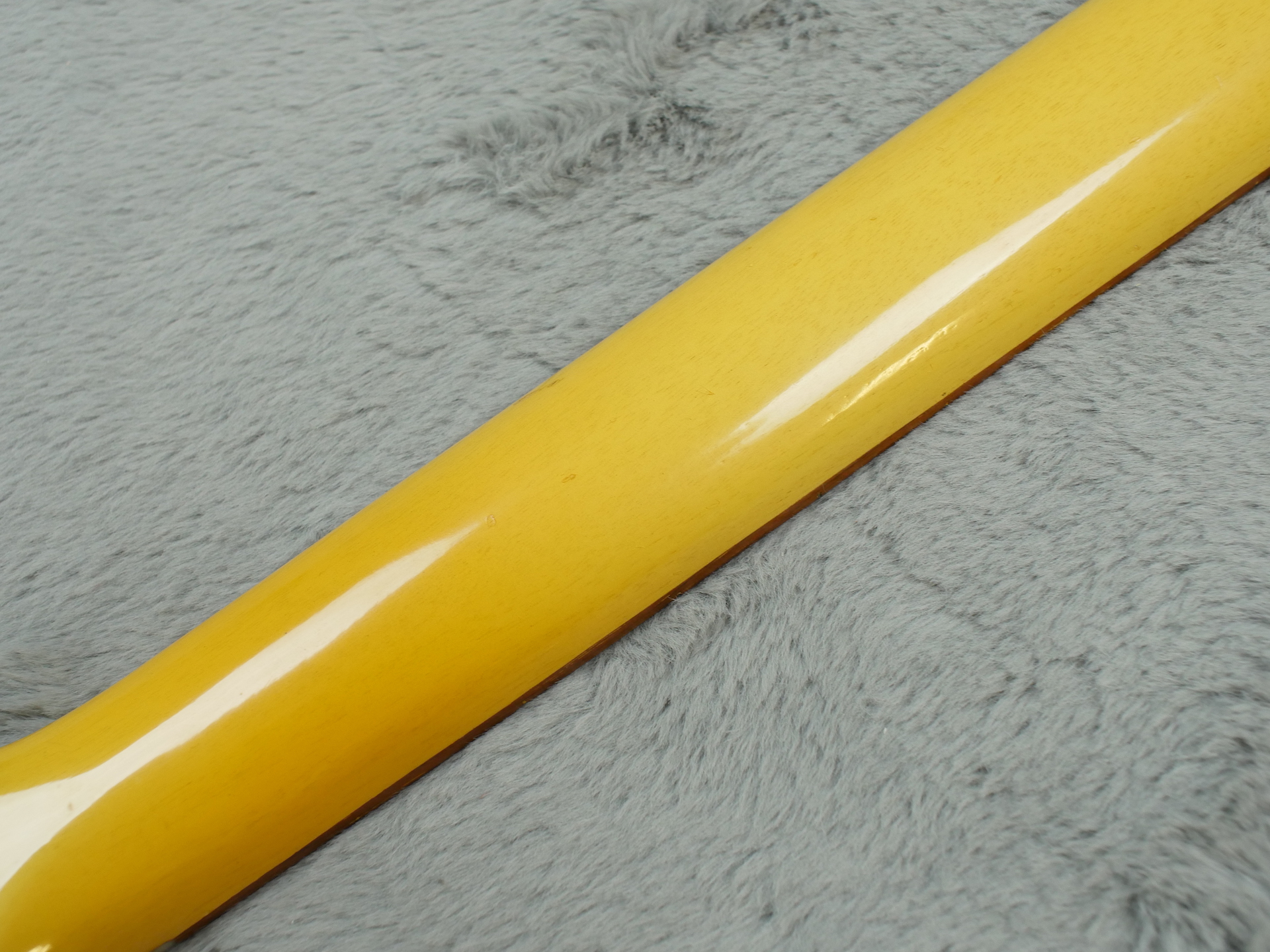 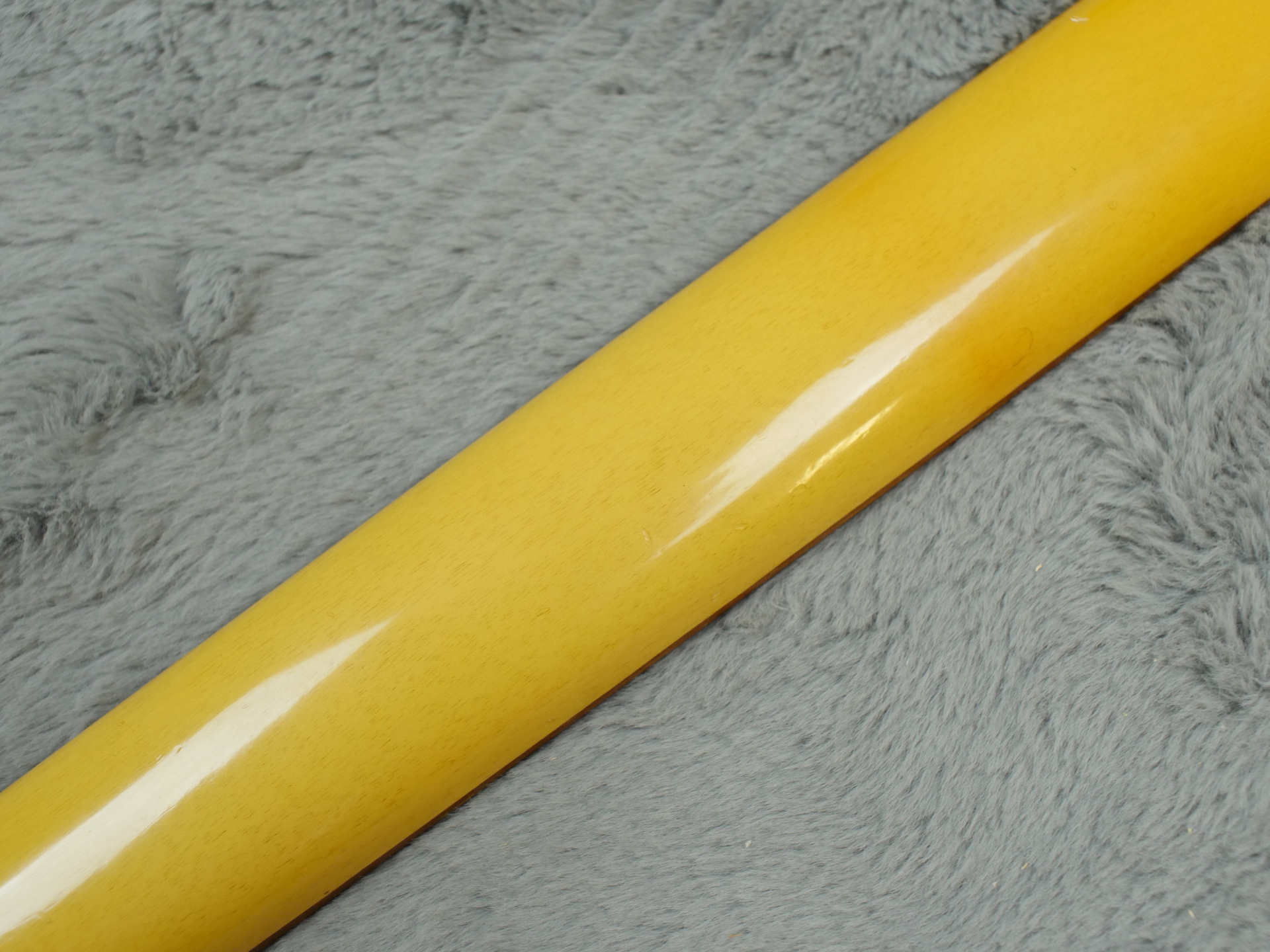 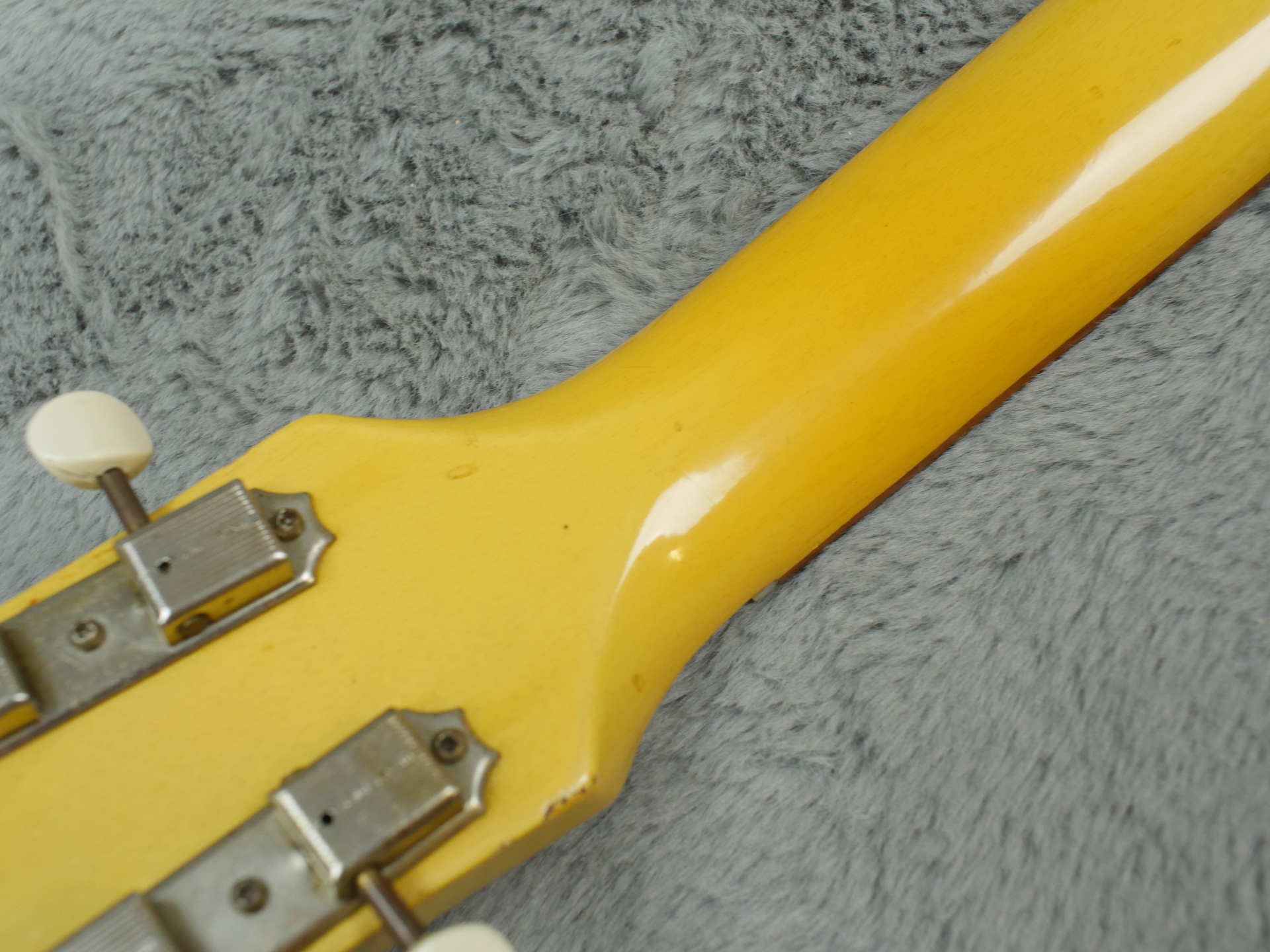 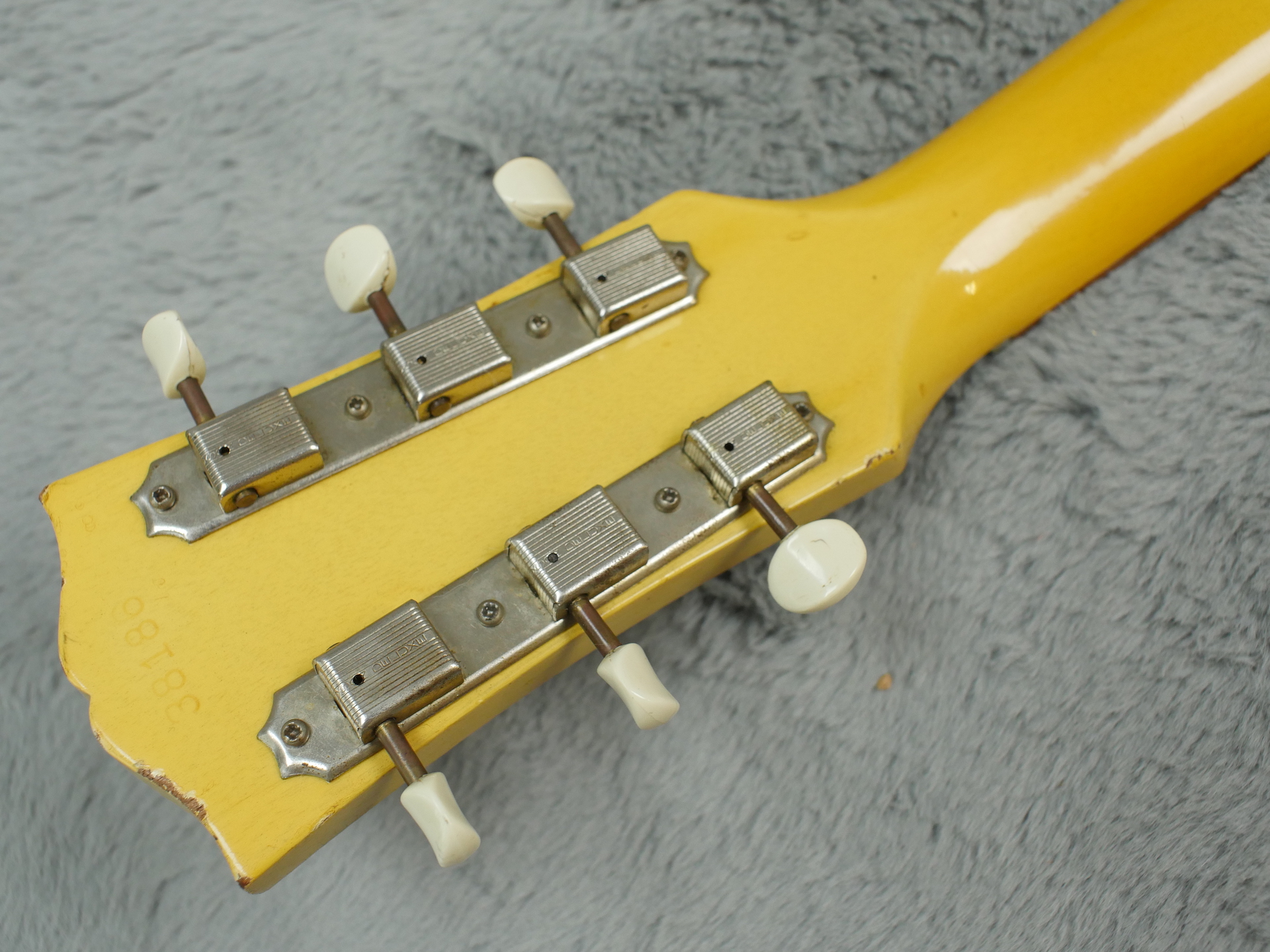 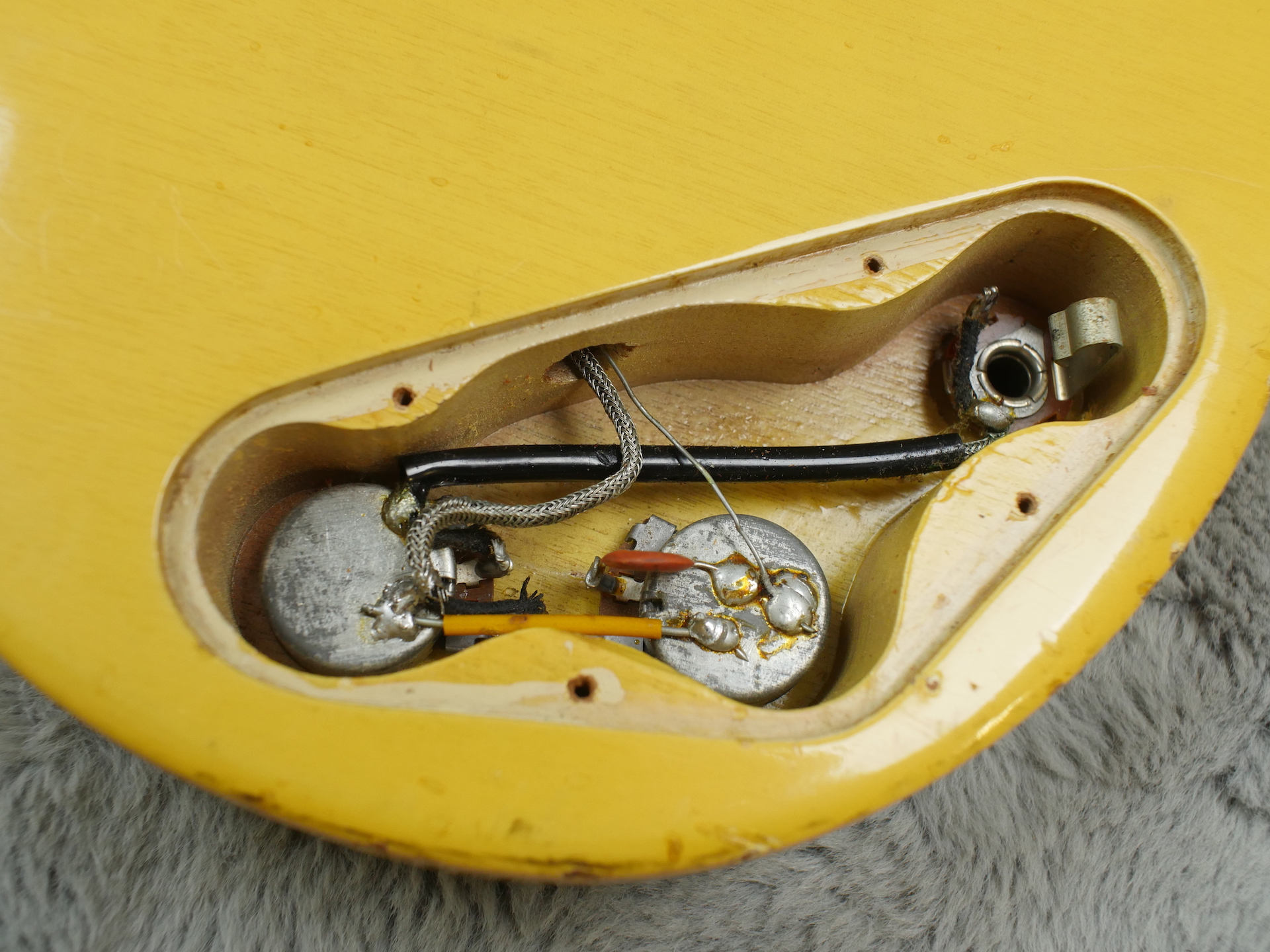