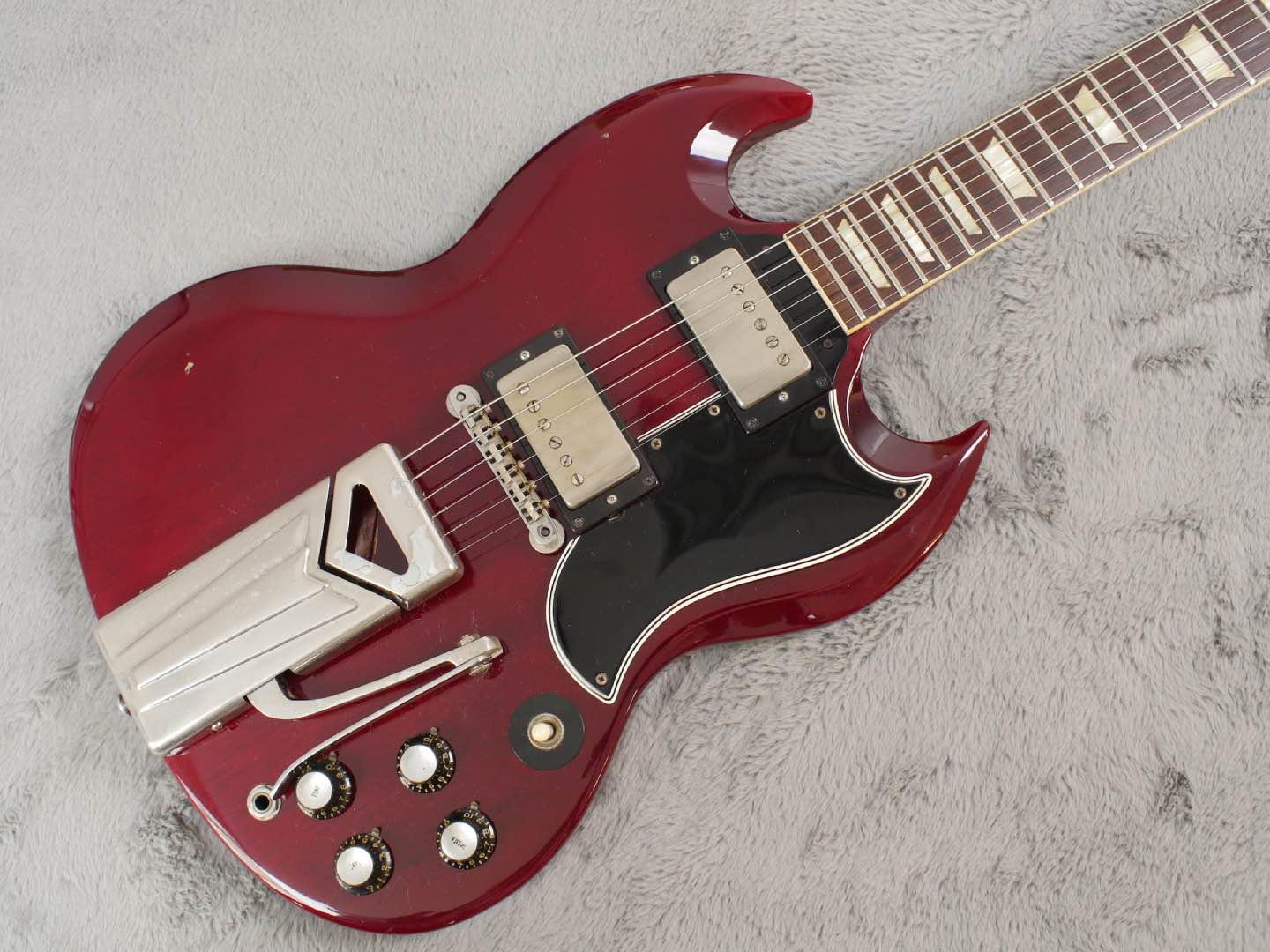 Glorious SG tone and looks without the price tag.....

We love SGs here at ATB Guitars. Here’s a 1961 that won’t break the bank but will get you the looks and the sound.

The refinish on the guitar has been done very sympathetically using nitro-cellulose though no aging has been carried out. The cherry colour is correct for a mint condition SG from the early 60’s that has not seen the light of day. There are a couple of minor dings but nothing too serious.

The fretboard is all original and in great shape as are the frets. The headstock has had a minor break at some stage which has been well repaired. The tuners are a modern replacement and work very well. The previous owner told us that the previous set had been double line, double ring Kluson tuners but they were worn out.

The hardware is correct and in good condition. The pick guard has warped a little and may have some a small bit out of it by the back pickup, at the moment we have no explanation for this… The pickup rings and shallop dish knobs knobs are all correct as is the sideways Vibrola. There is no evidence of it being ‘stop tailed’ which is a good thing, there is also no neck breaks at the heel which is also a very nice thing!

Electronically, Bare Knuckle ‘The Mule’ pickups have been fitted to the guitar along with a harness that’s made up of newer pots (three have a Gibson stamp and one doesn’t) and correct ground wire, selector switch and a later jack socket (possibly mid 60’s).

The guitar sounds great, all the tones you’d expect from and early 60s SG. The Bare Knuckle pickups are a good approximation of a PAF pickup so the guitar react s in the way you’d expect. The neck is smooth but not muffled whilst the bridge is cutting with out being harsh.

This is surely the guitar for you if you’re after the tone and looks without the price tag. It won’t be here long. 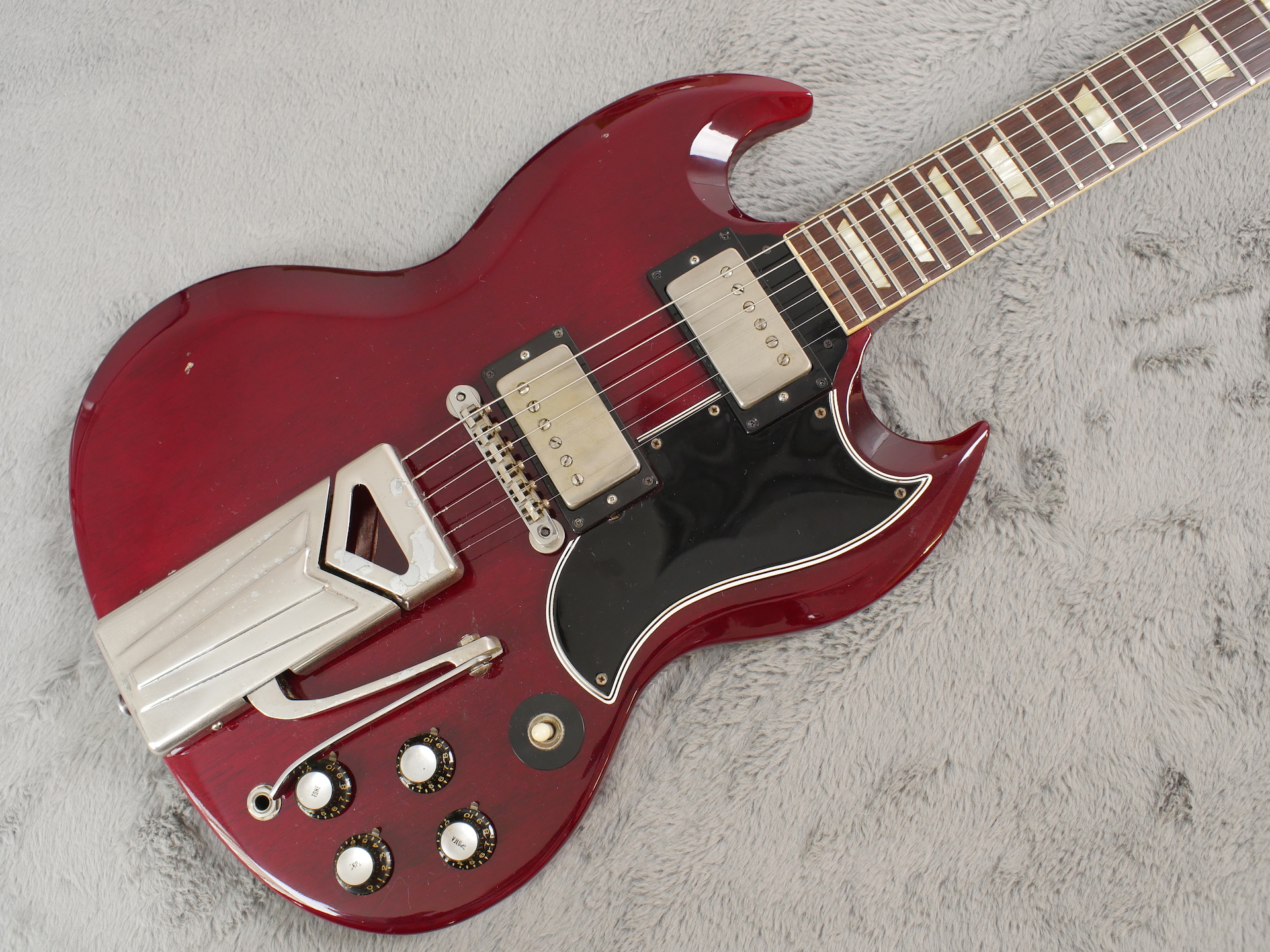 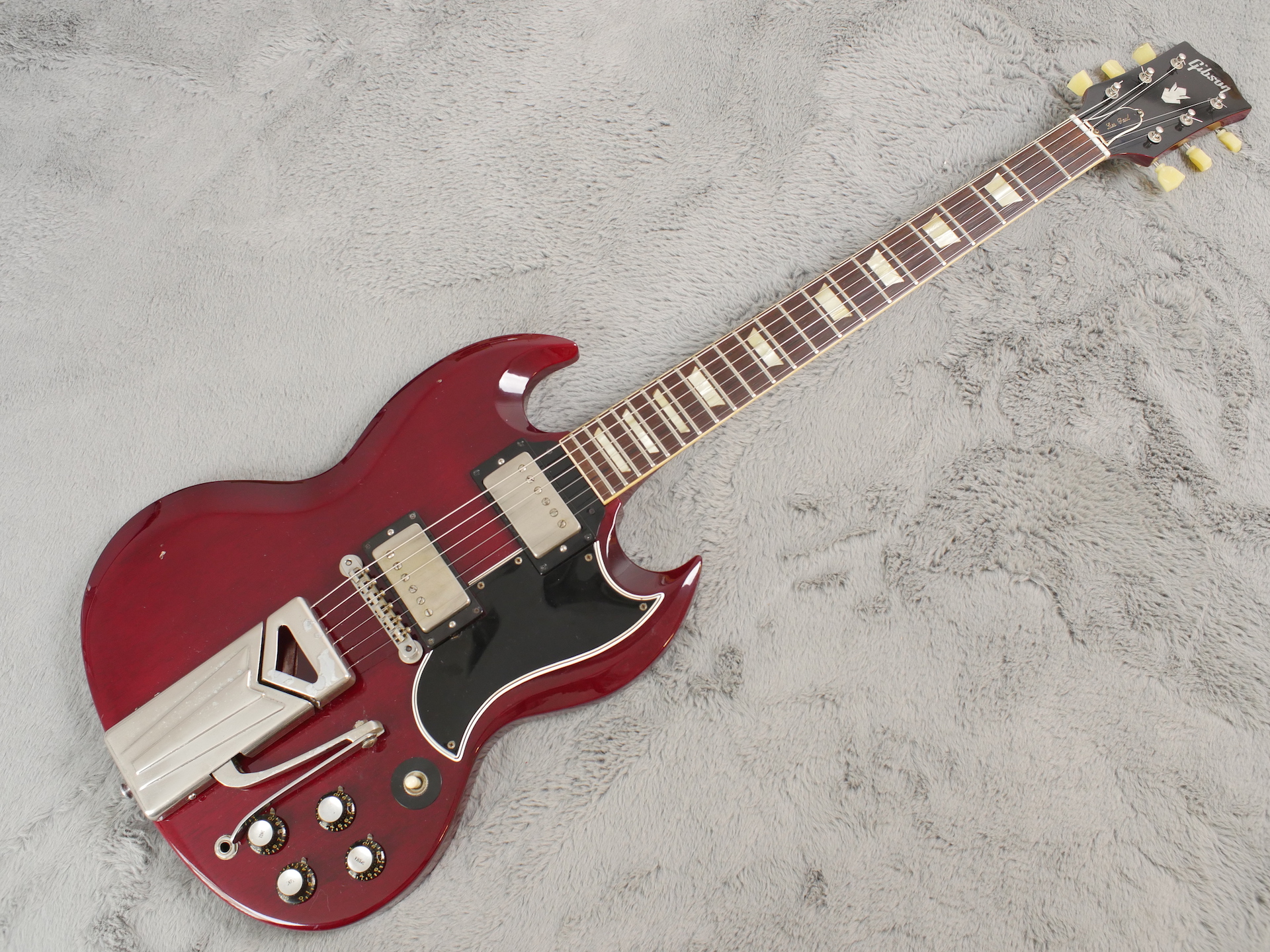 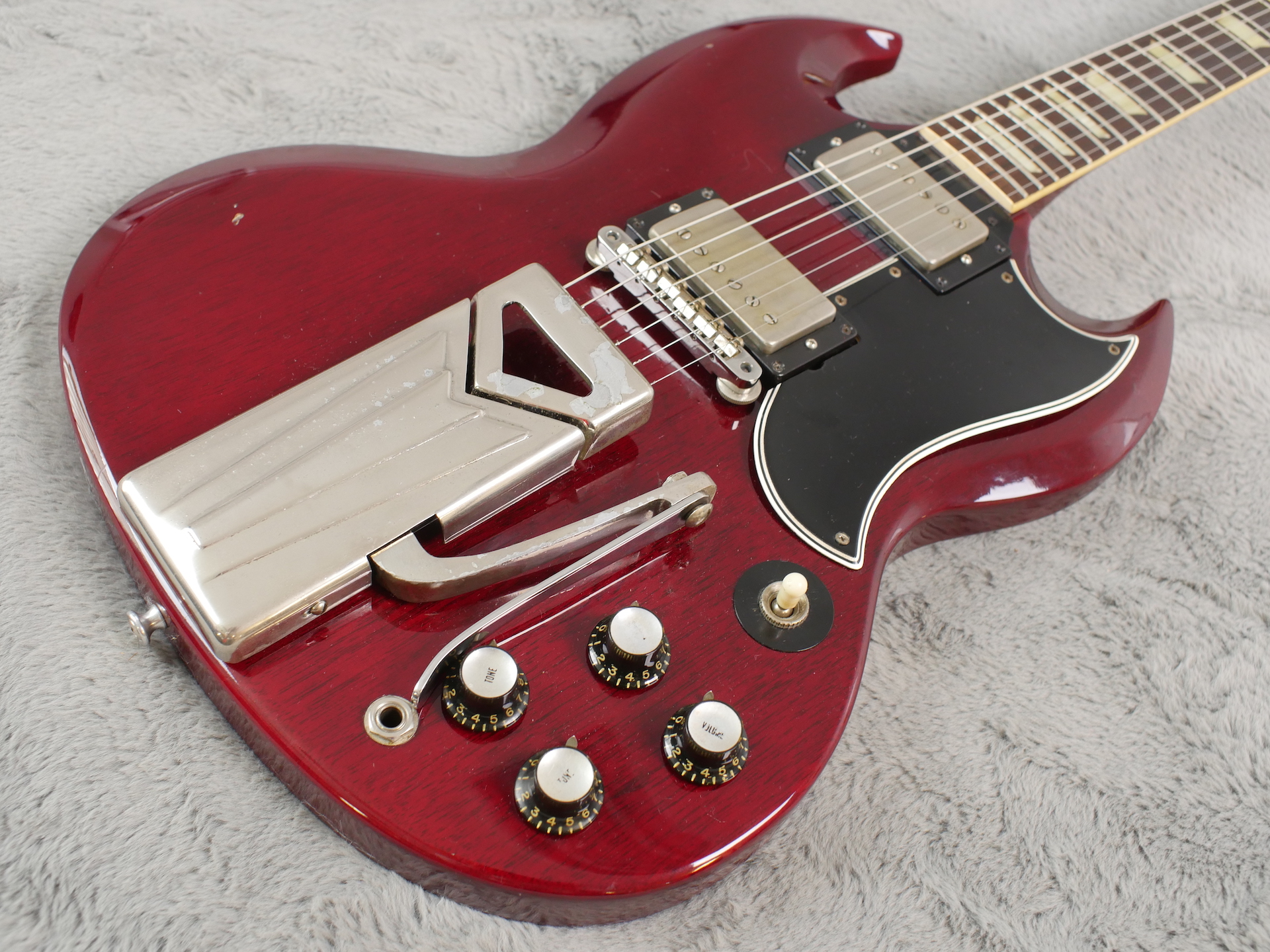 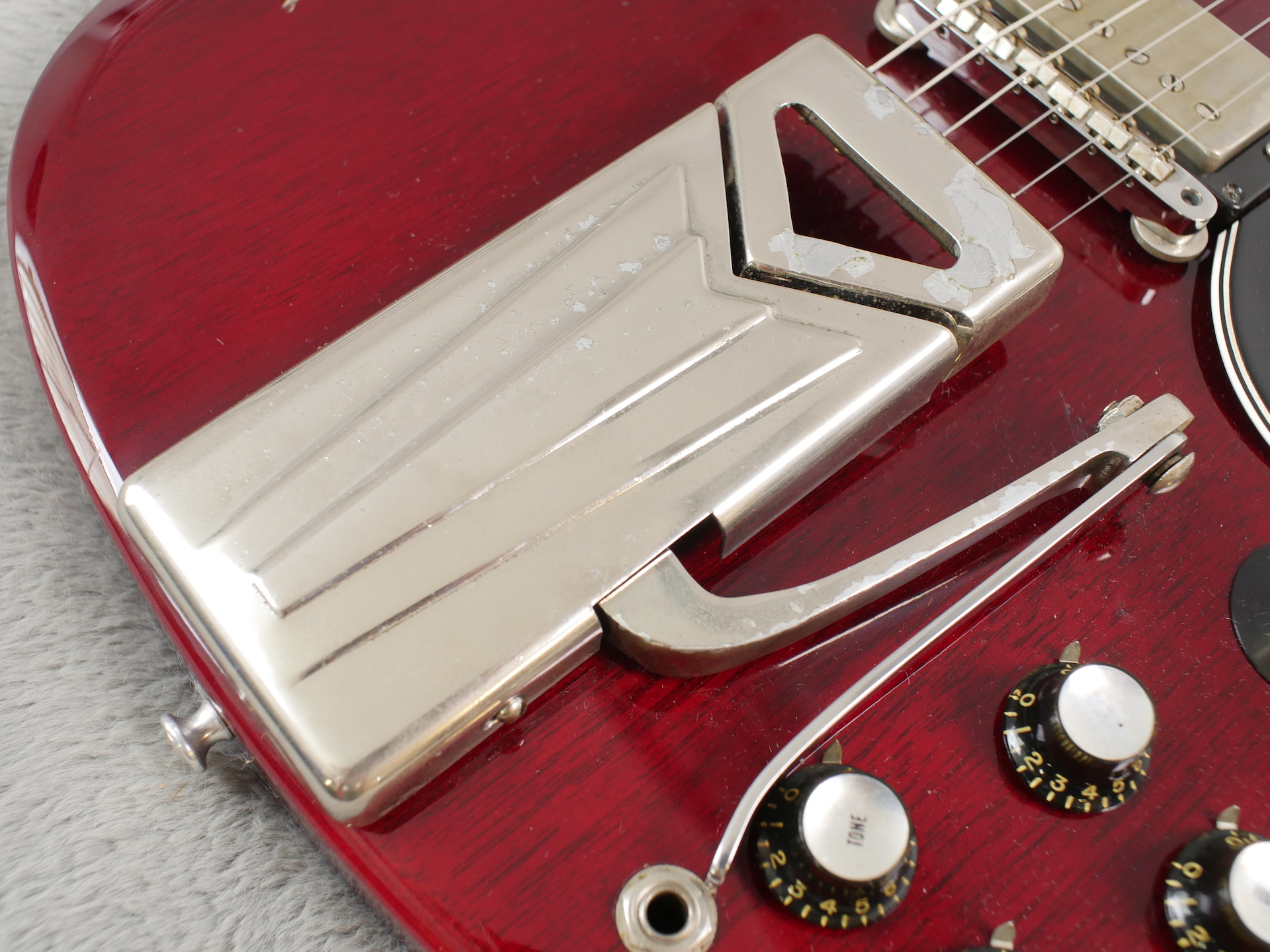 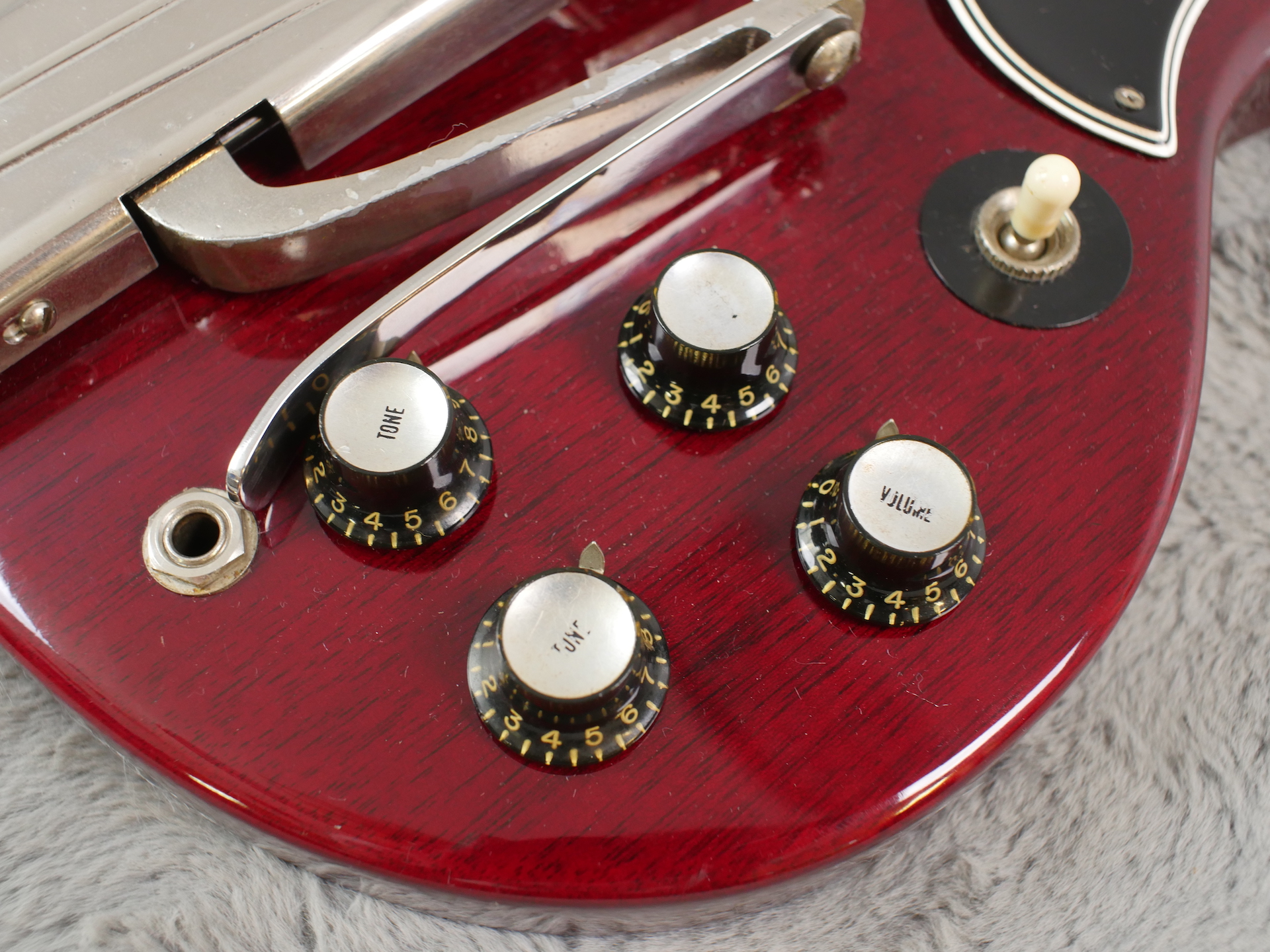 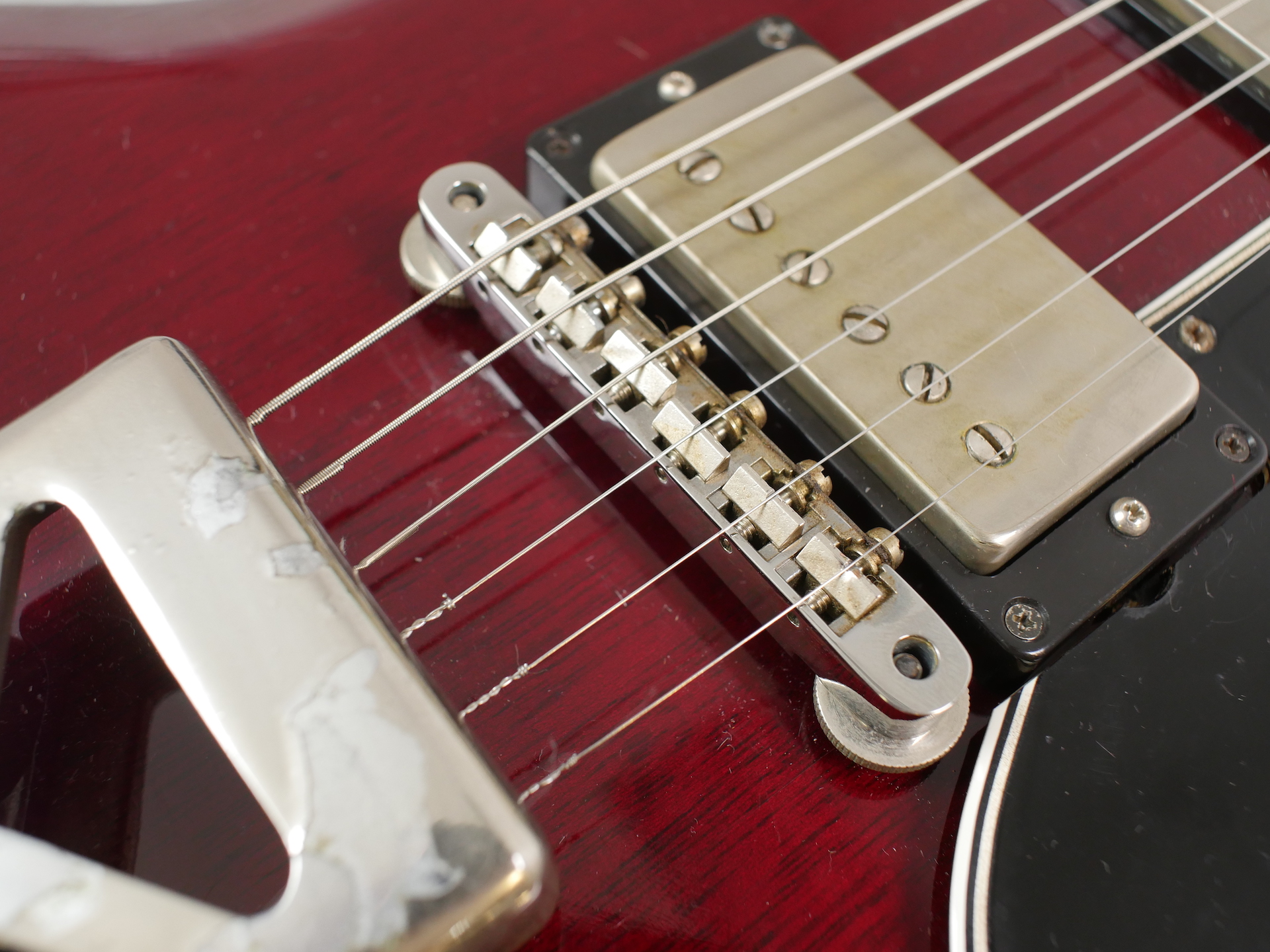 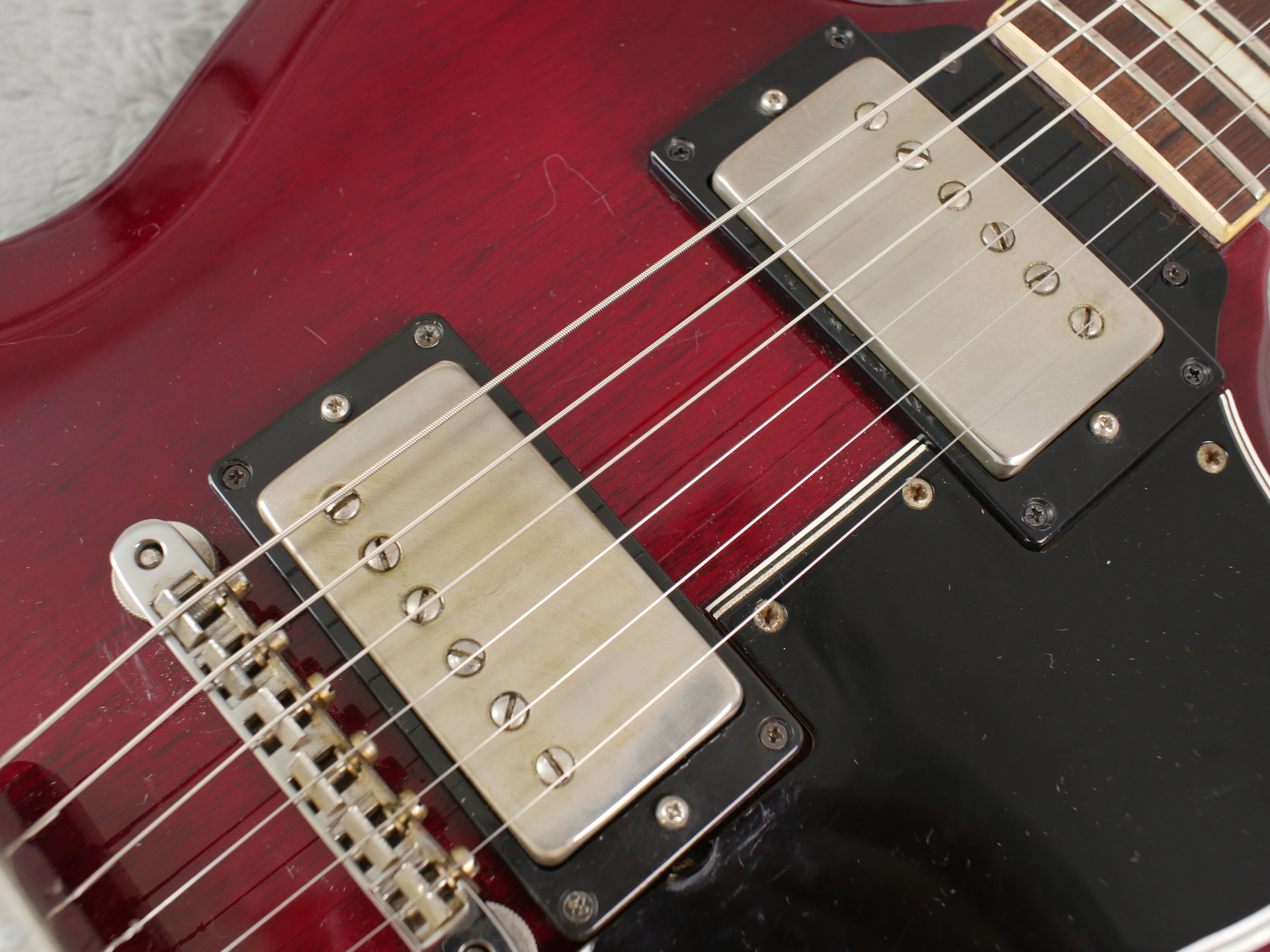 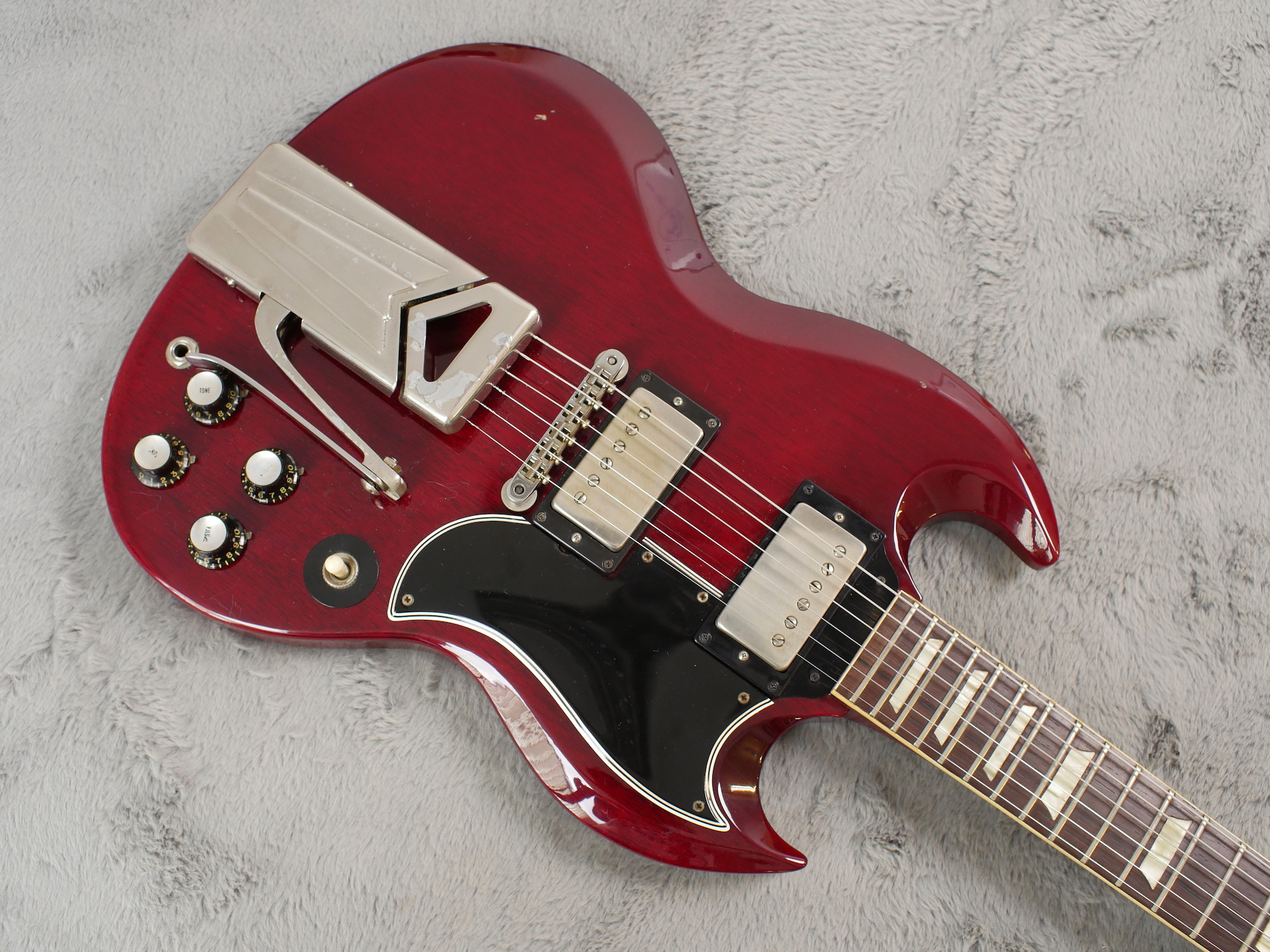 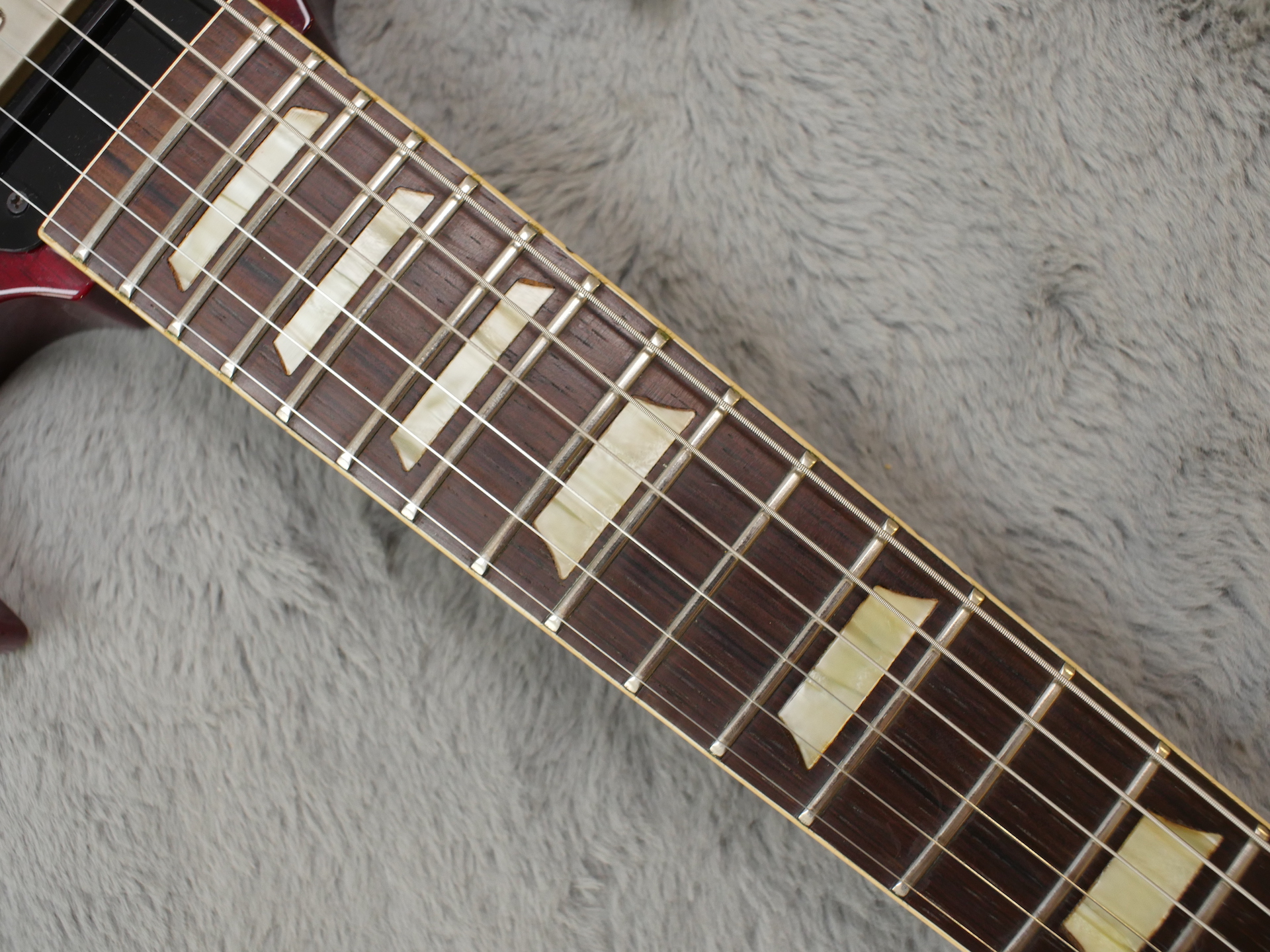 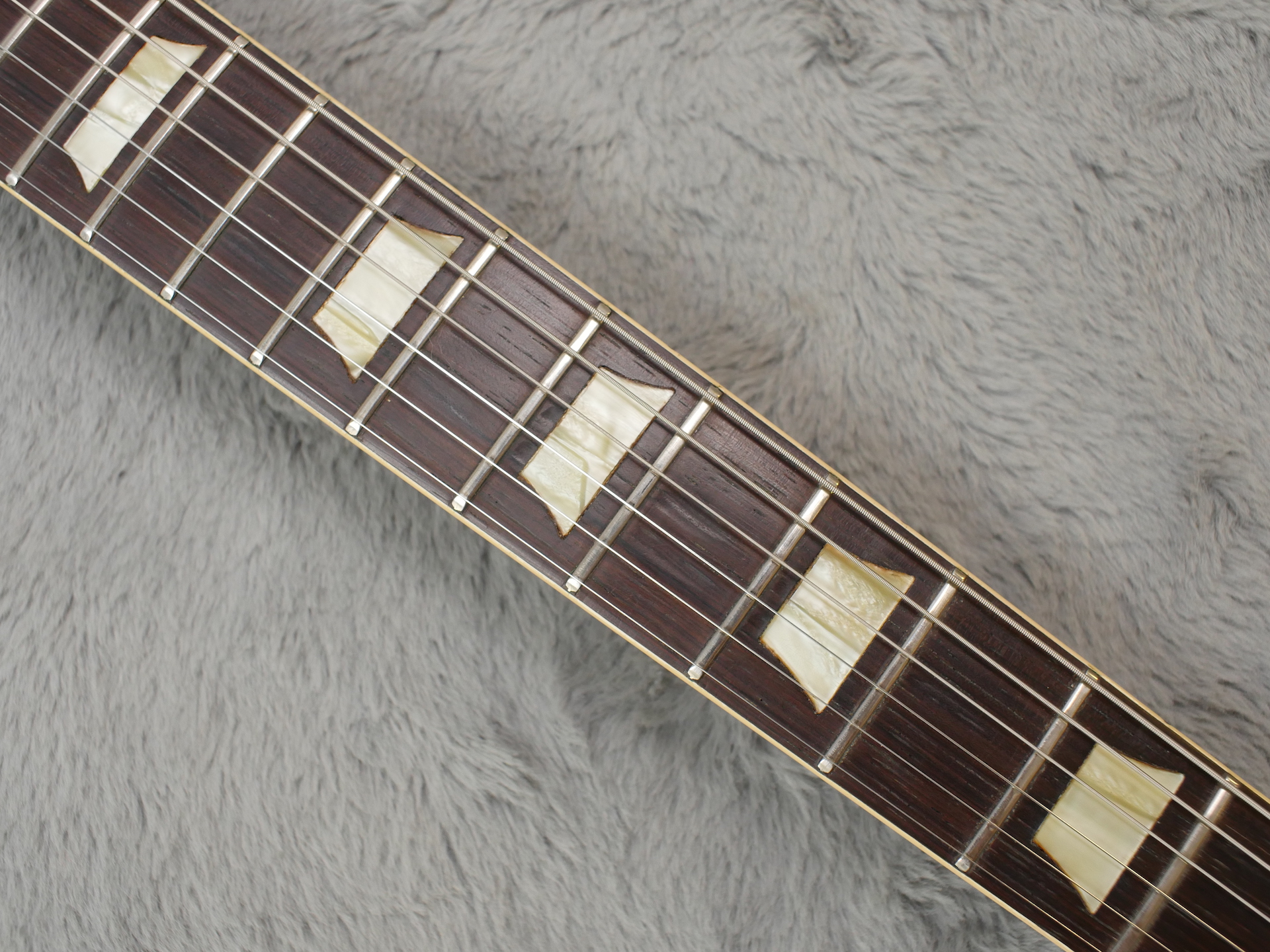 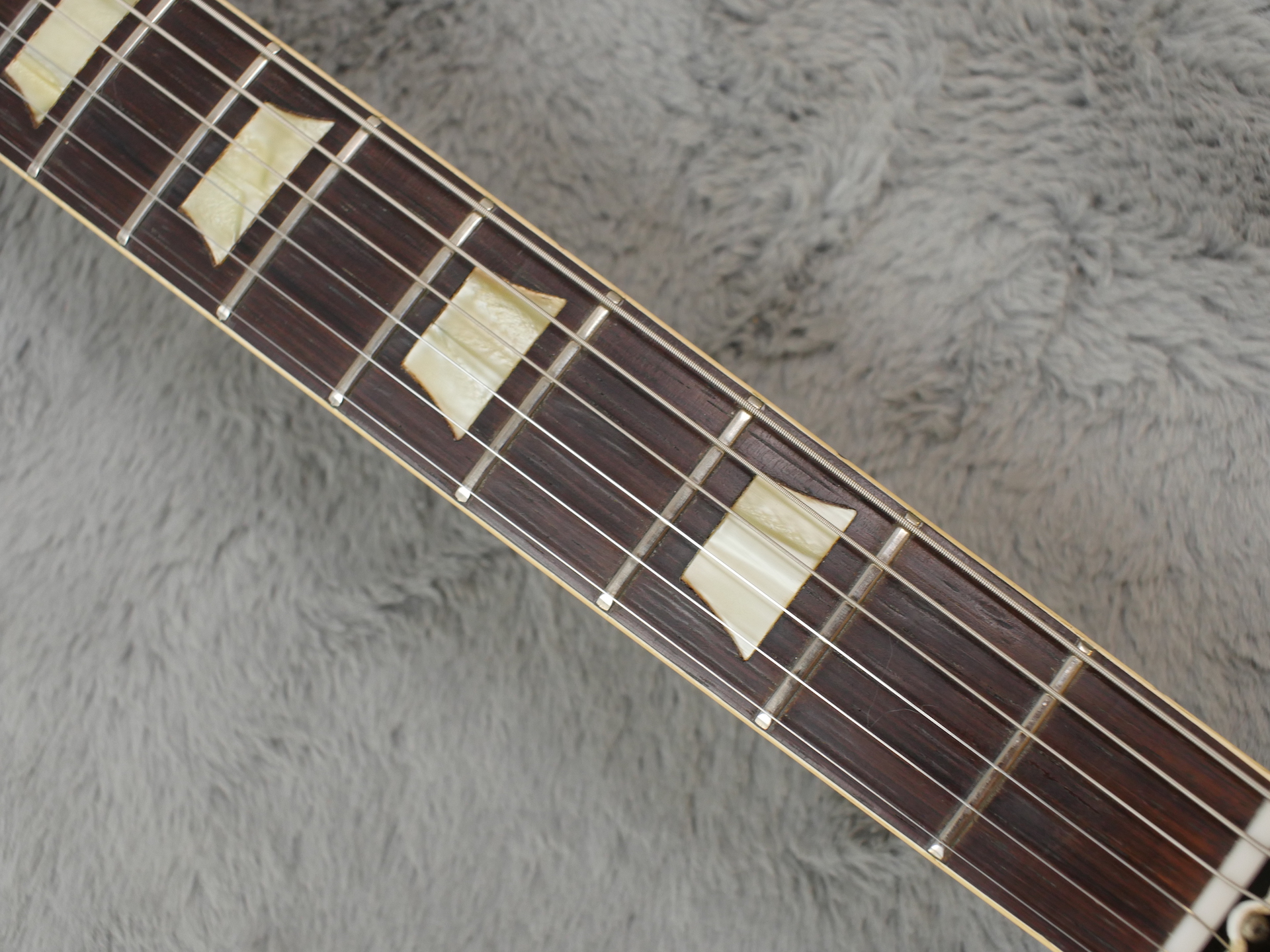 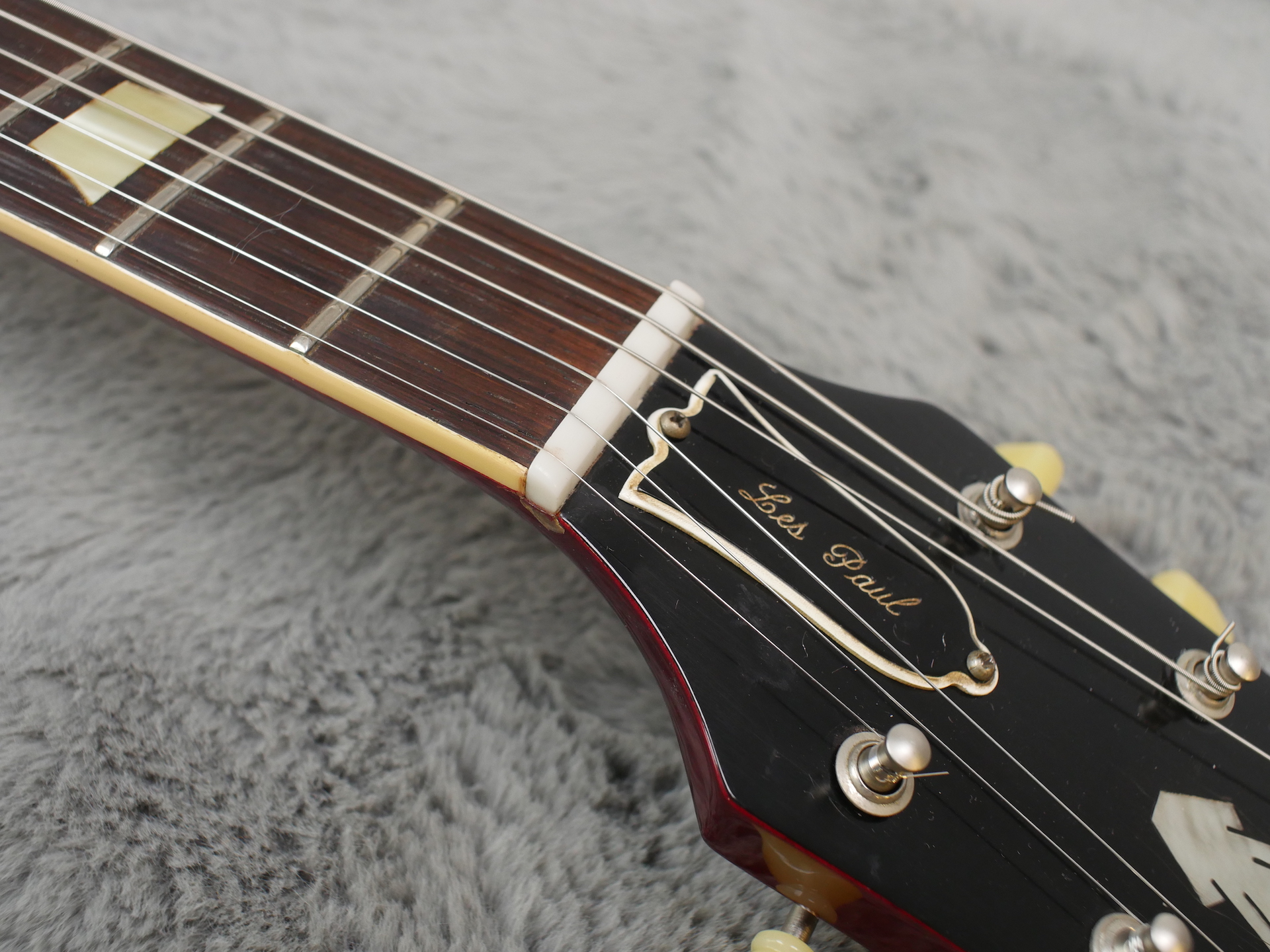 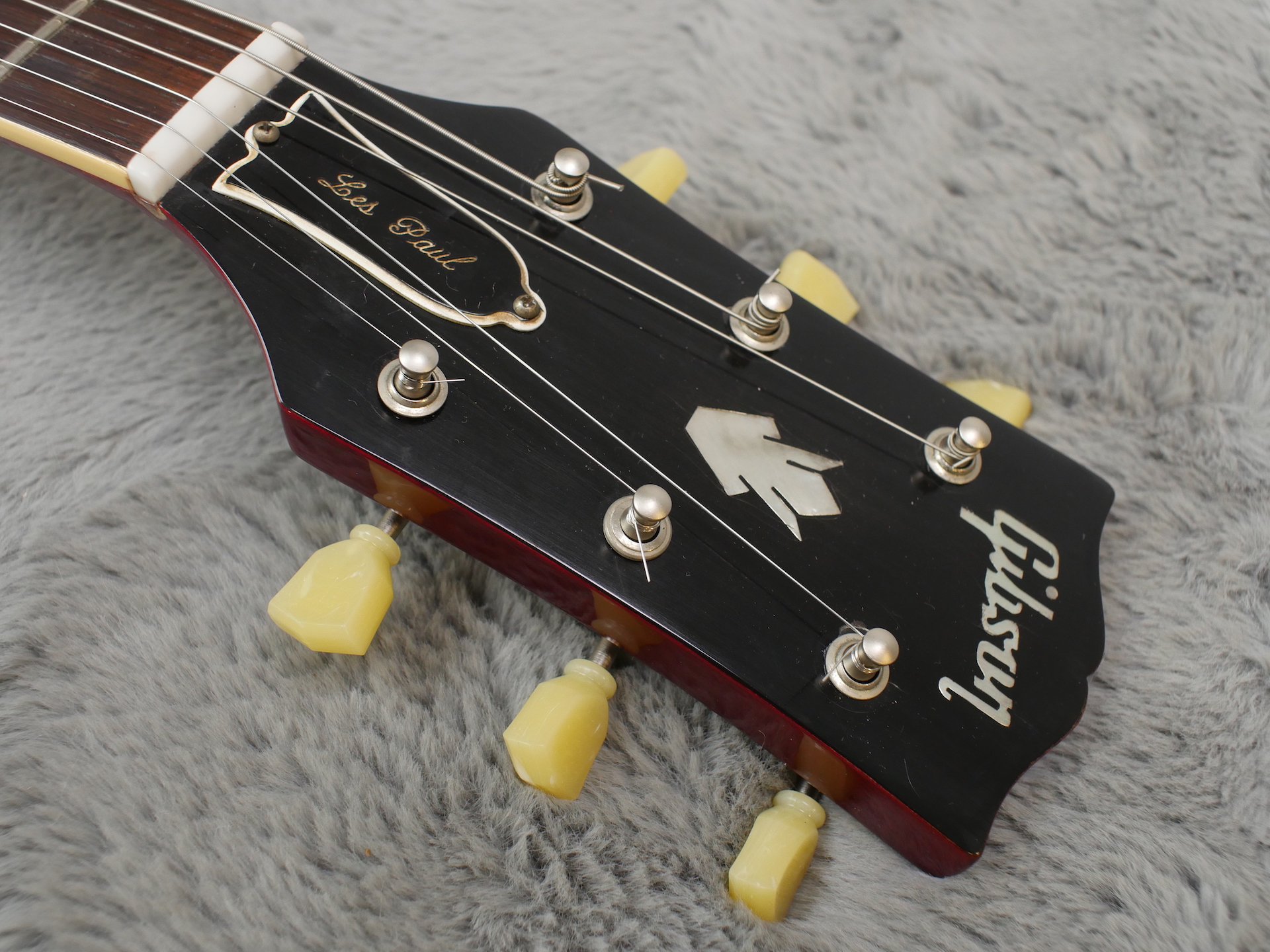 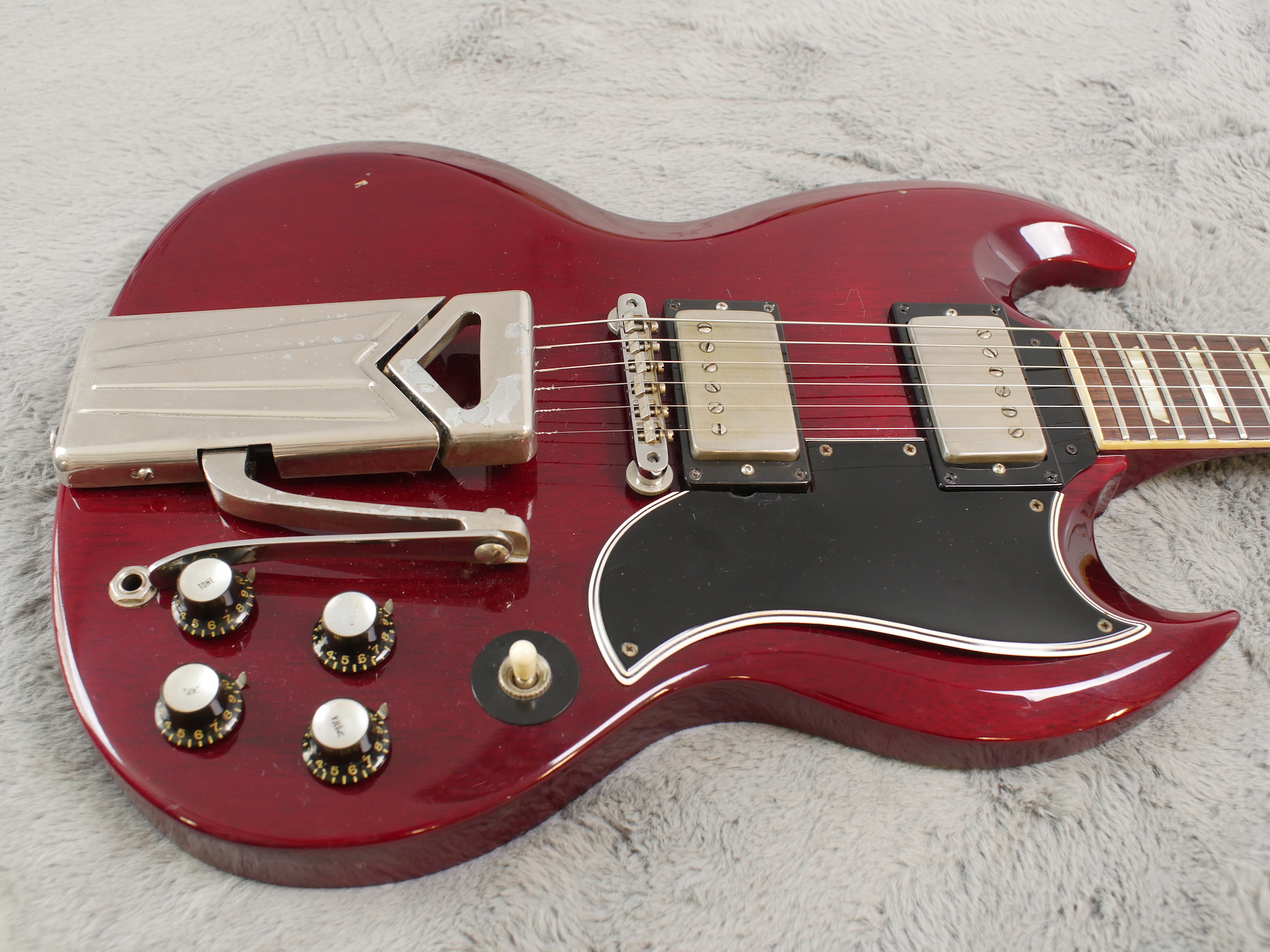 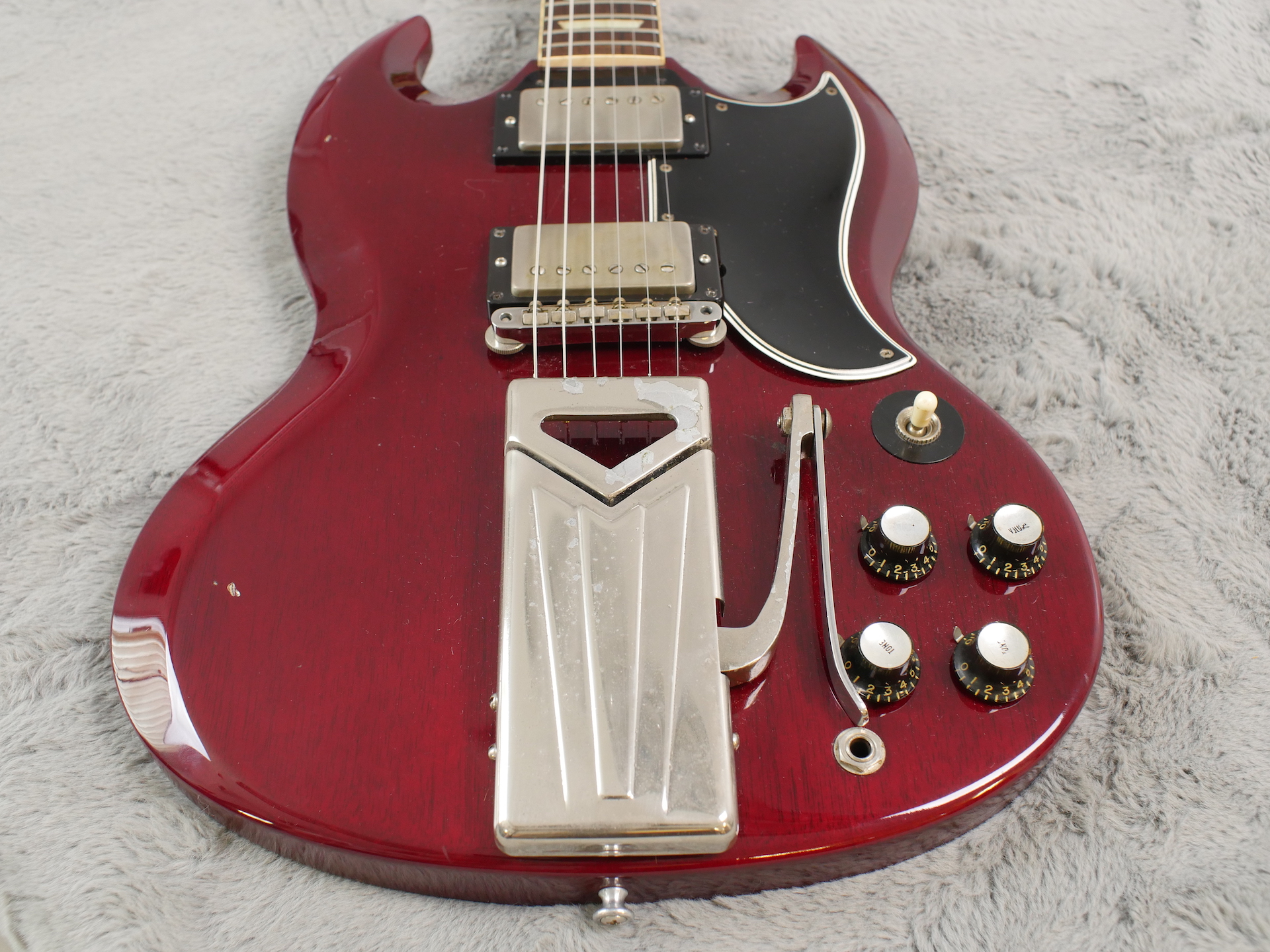 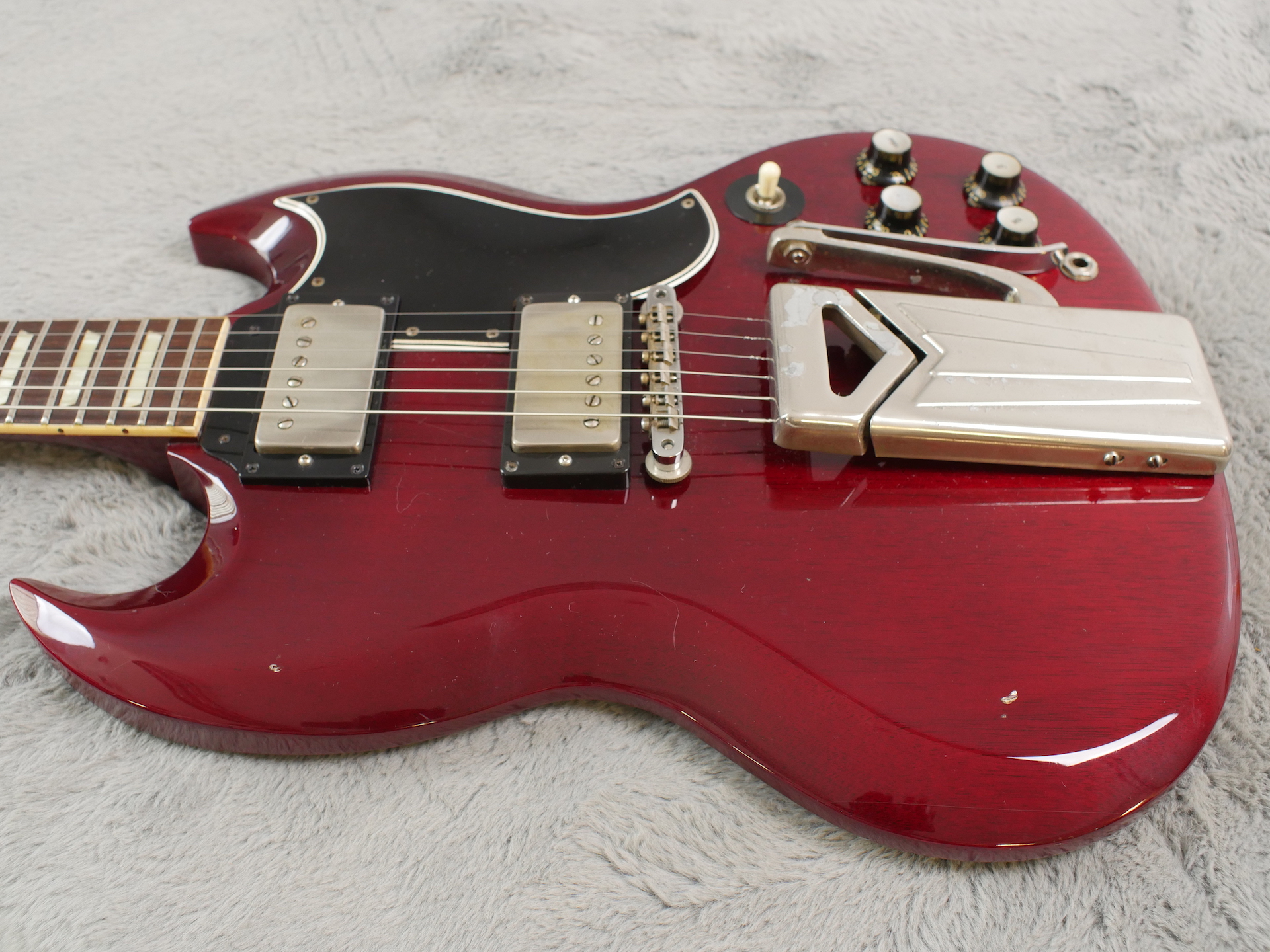 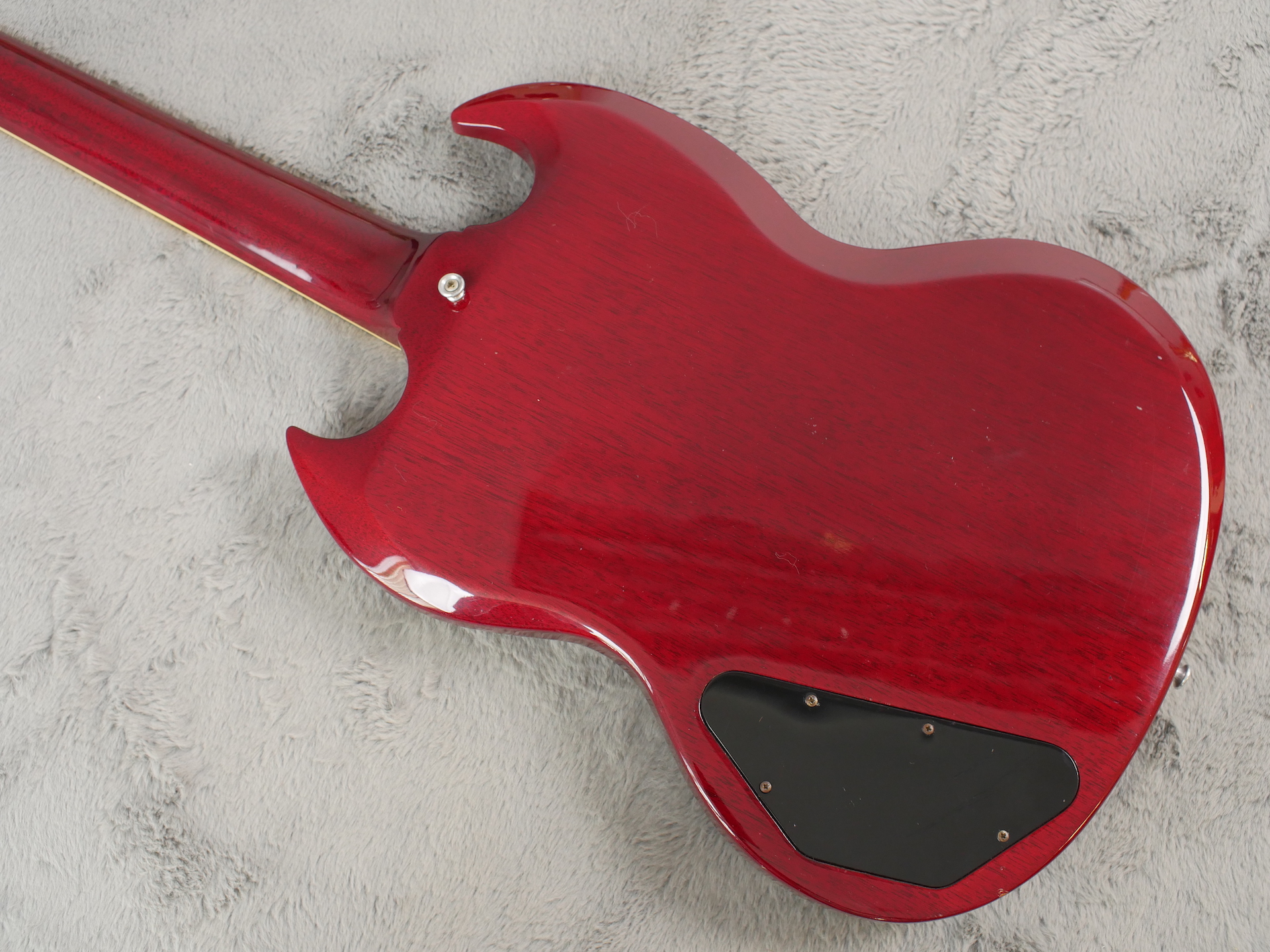 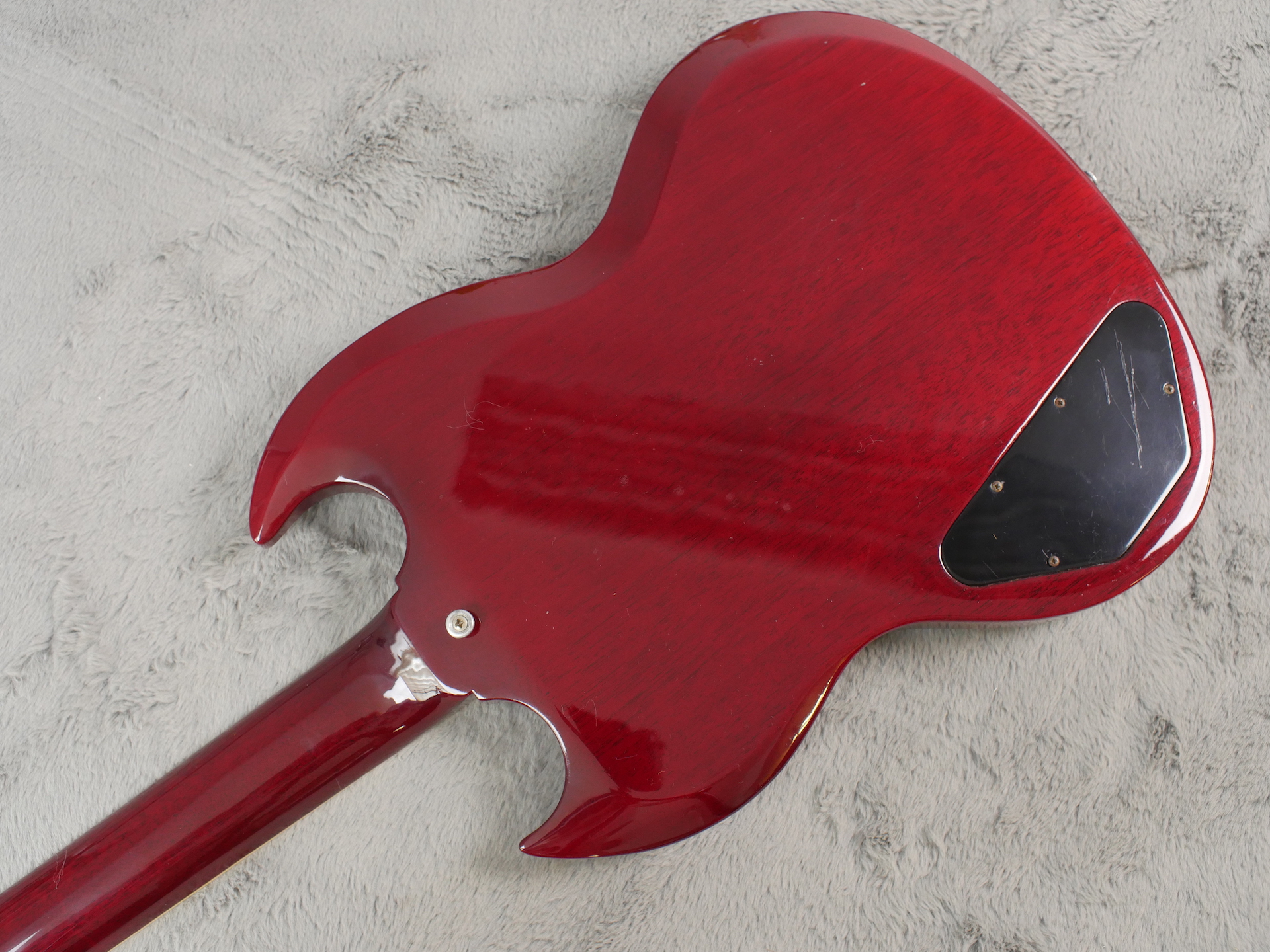 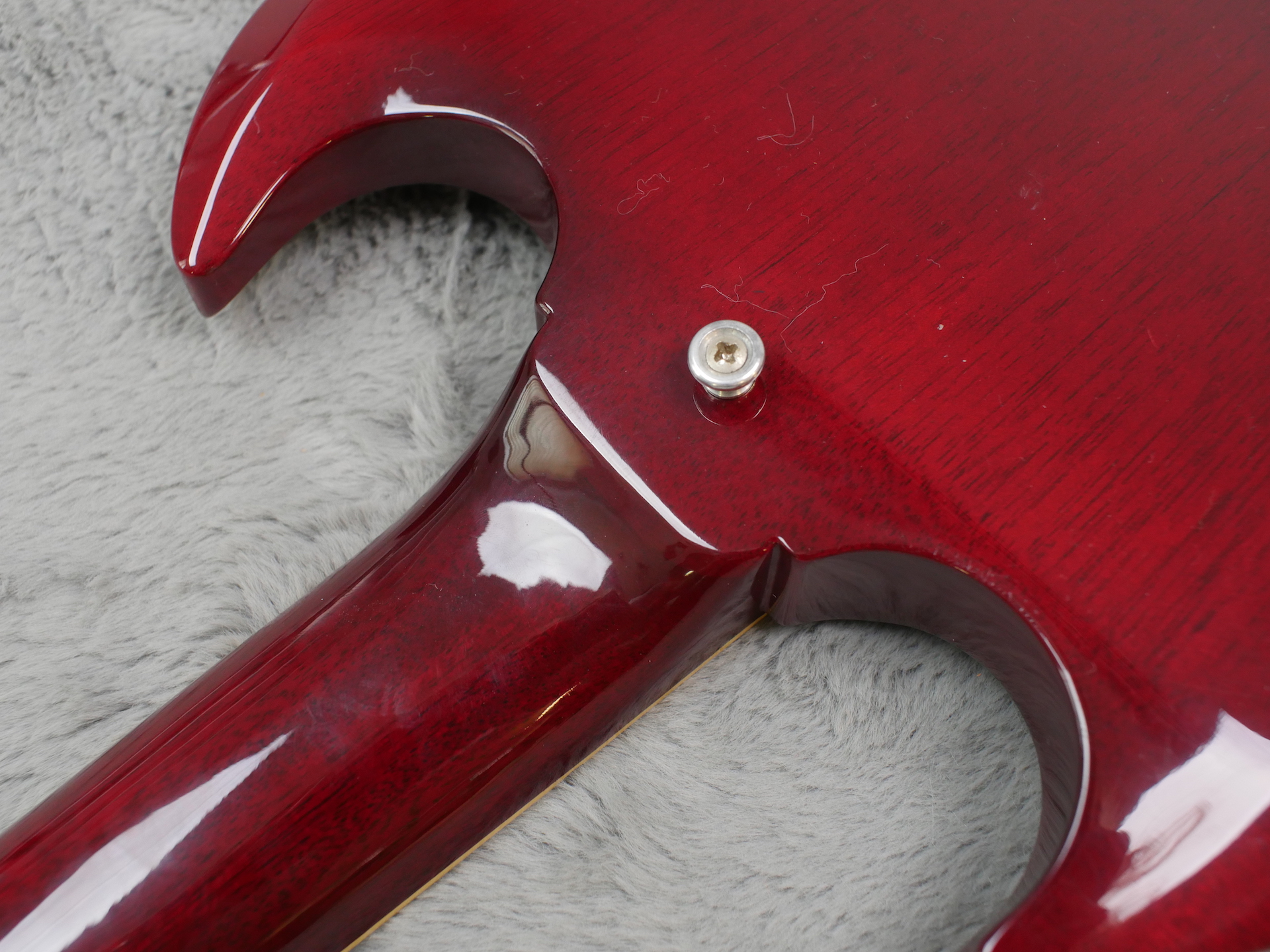 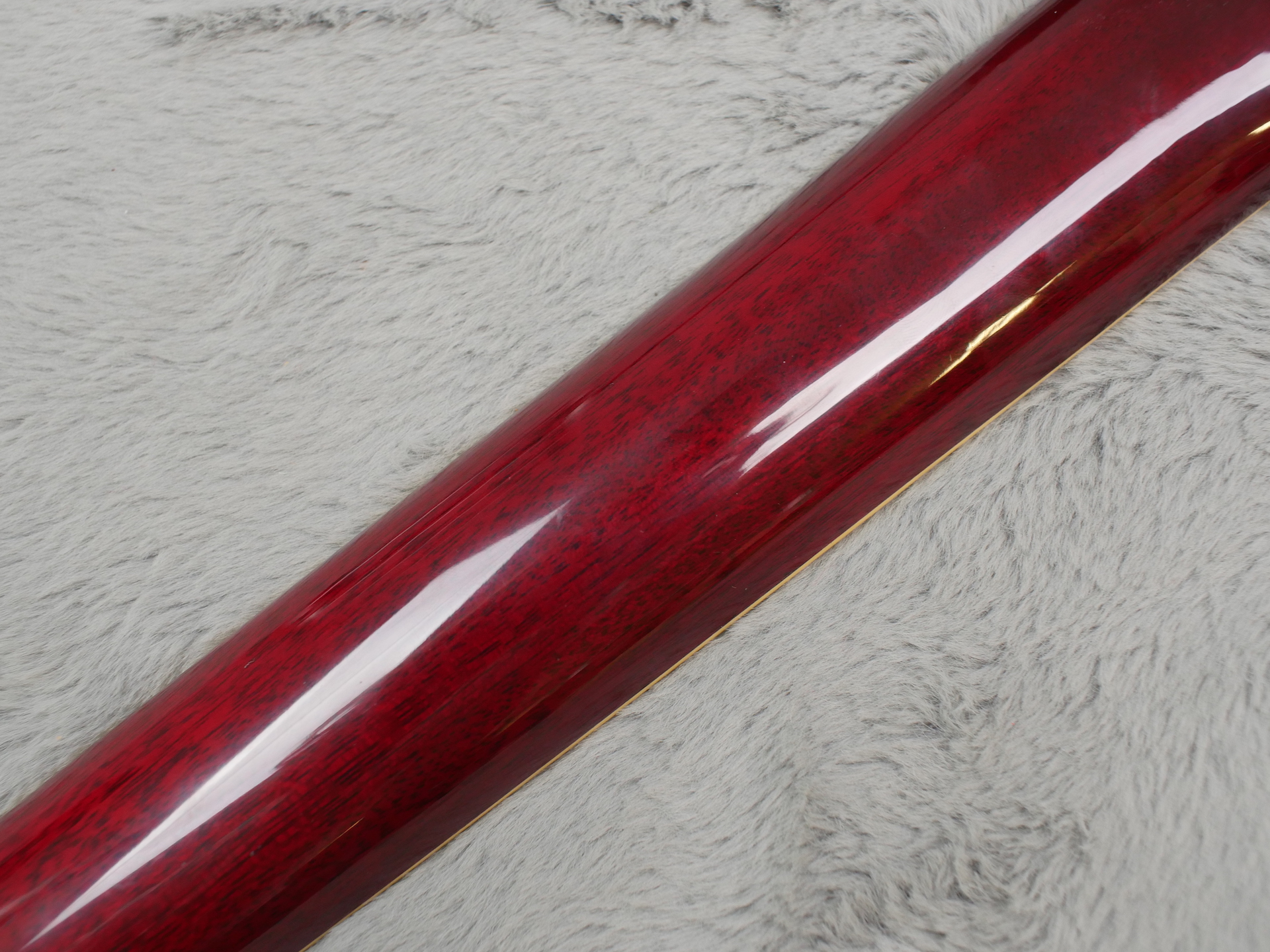 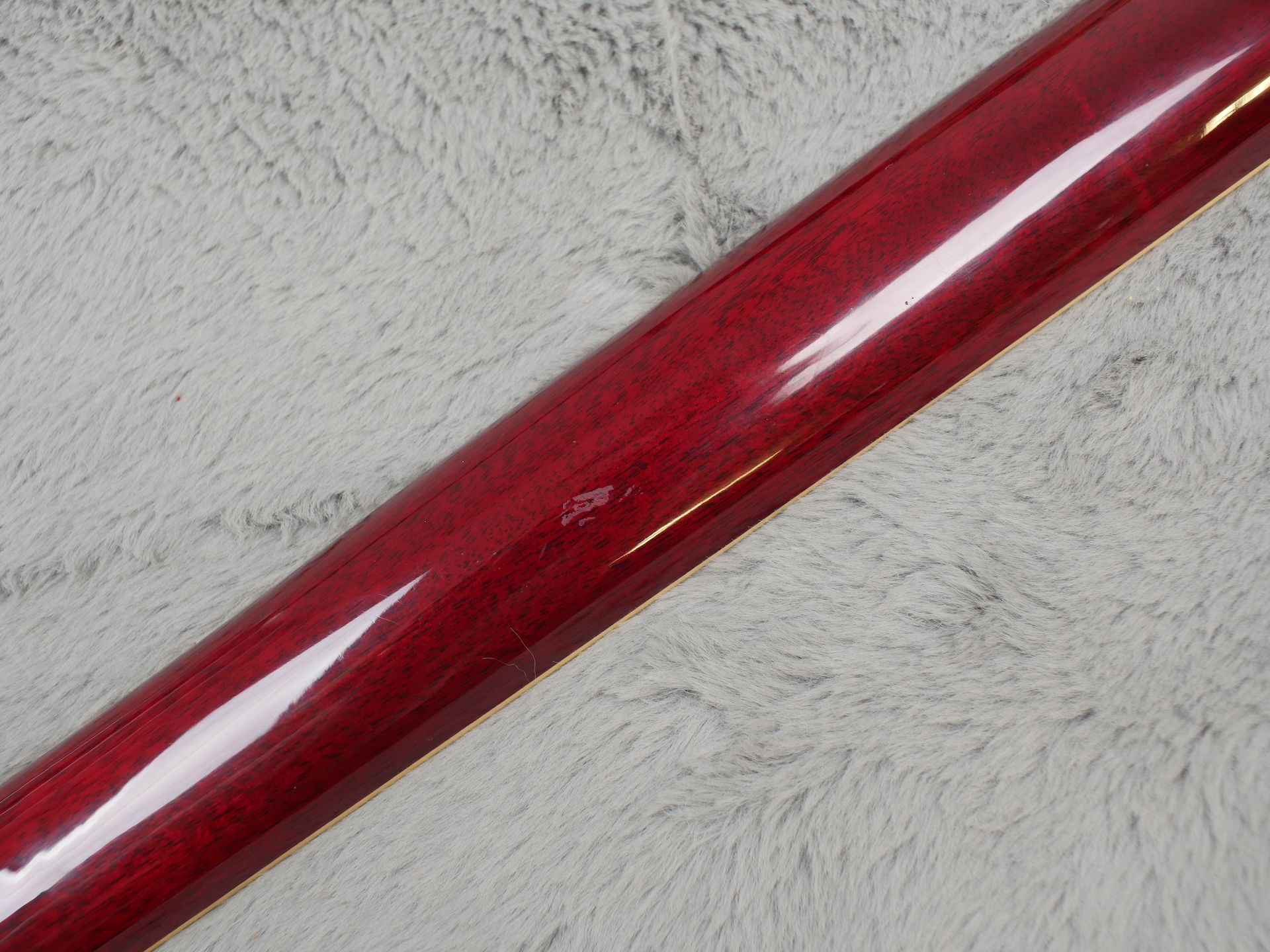 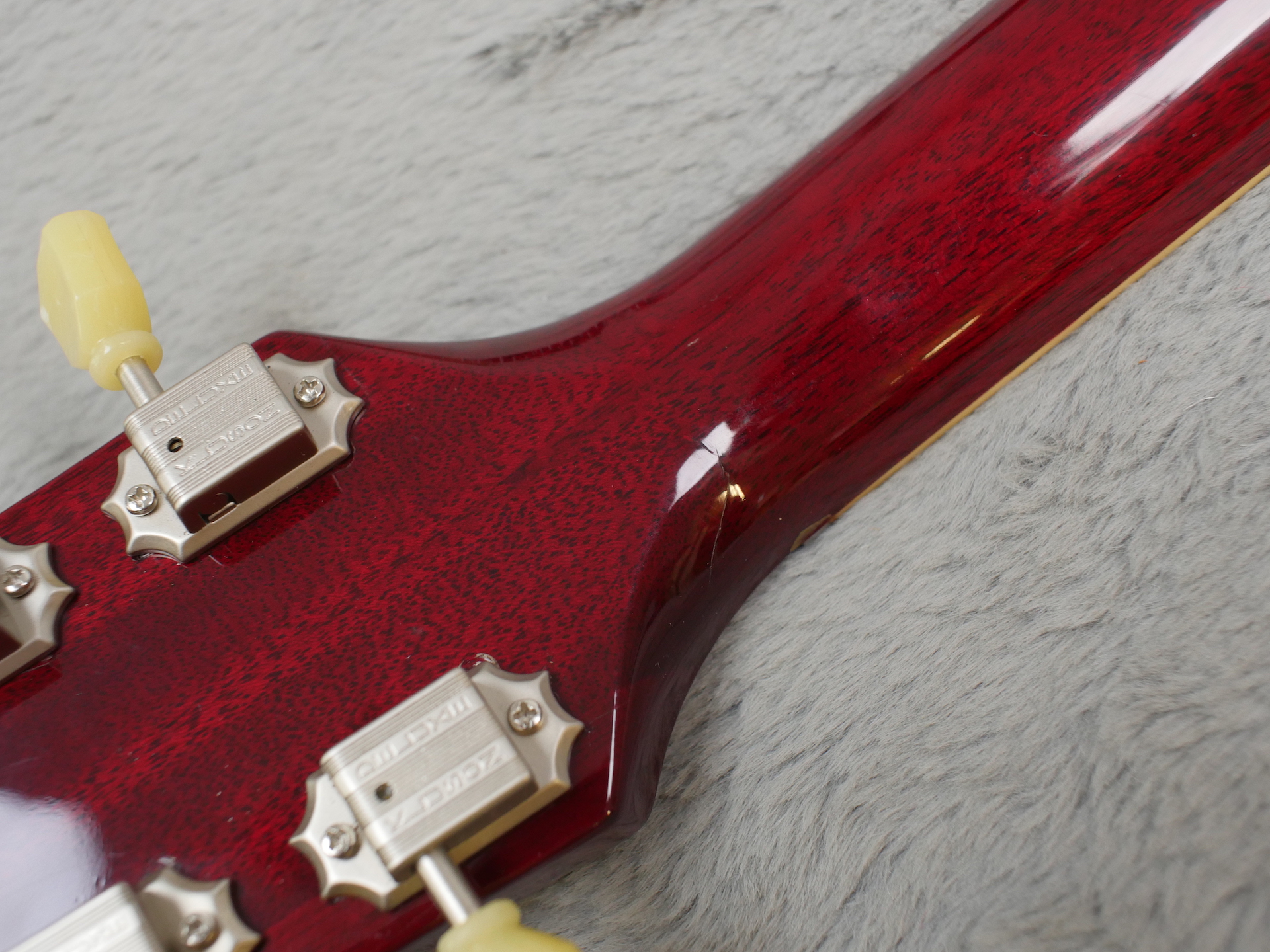 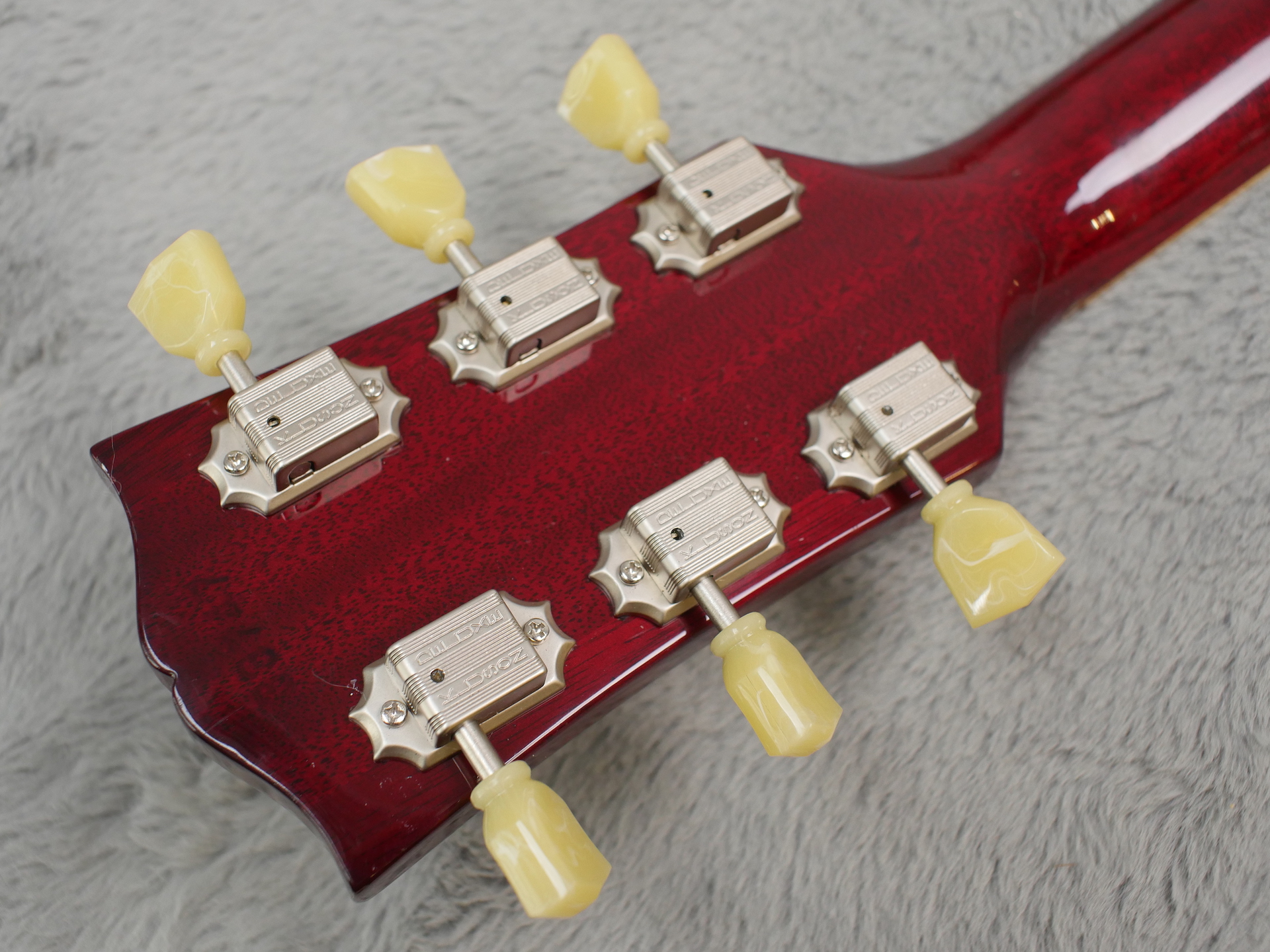 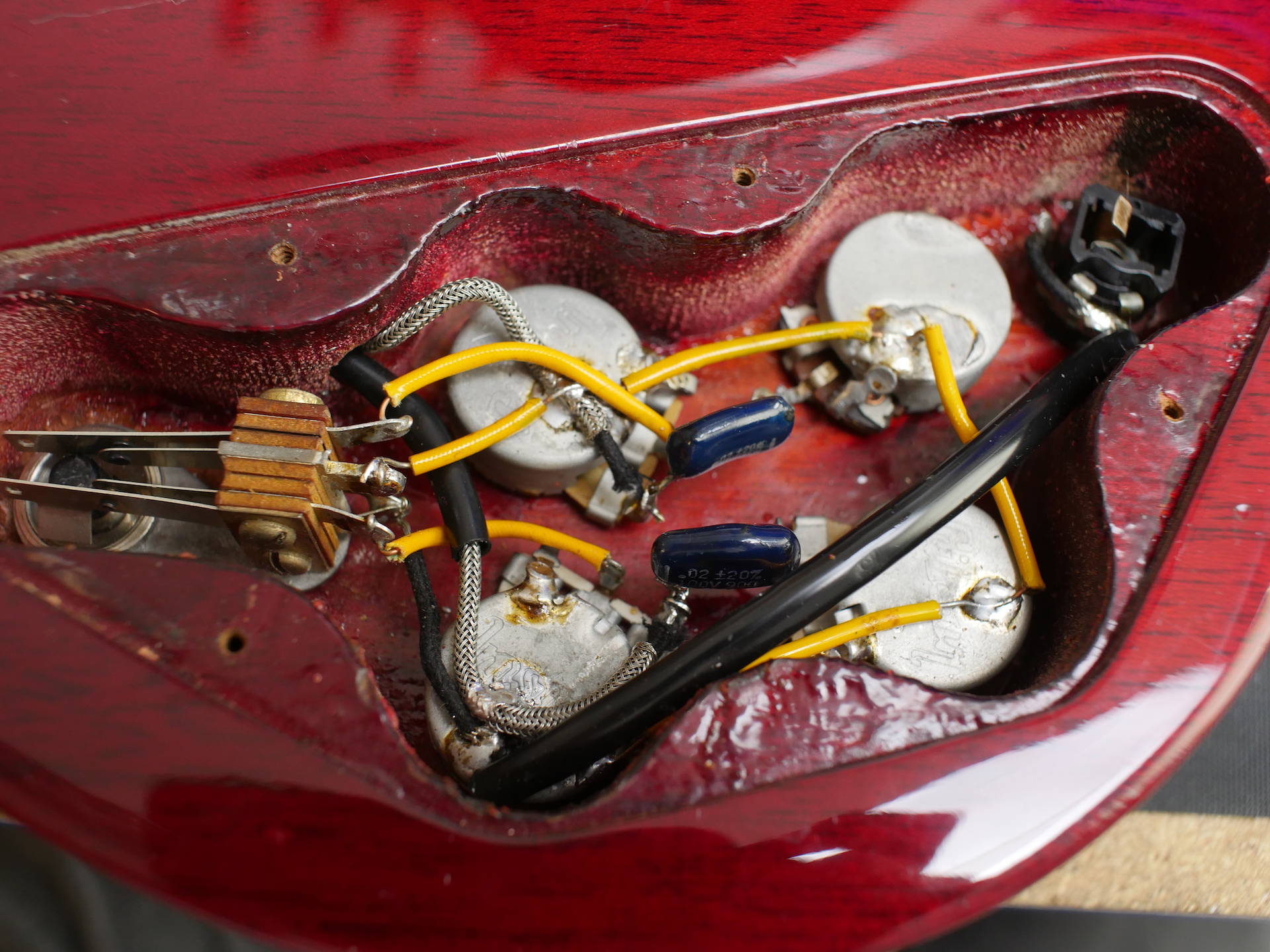