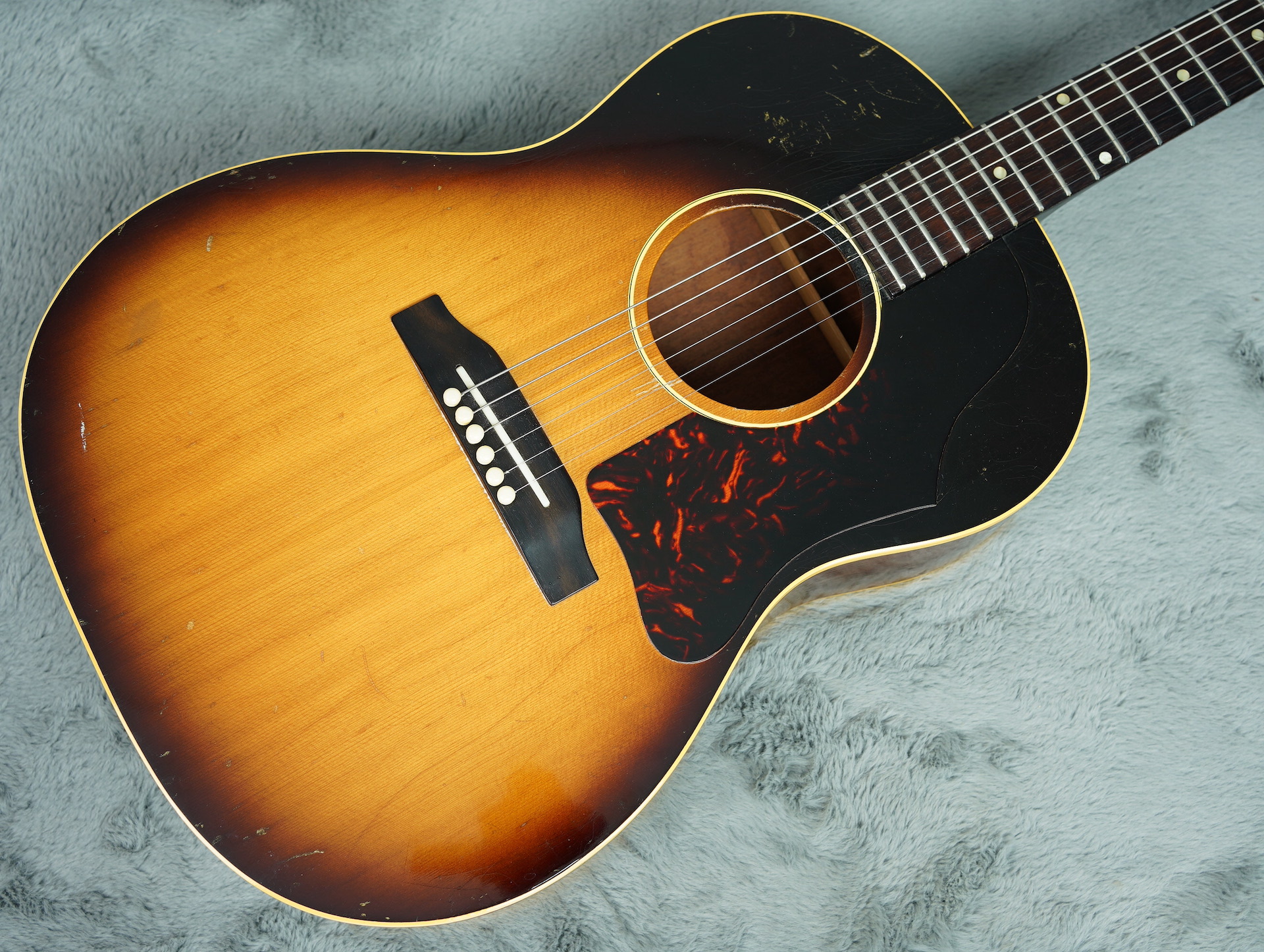 Super sweet sounding Gibson LG-1 from 1963 with a great action and in really nice condition...

A well played and loved budget Gibson Acoustic from the 60s…

Gibson’s LG series were introduced in 1942, with a starting line-up of LG-1, LG-2 and LG-3. However, LG-1 and LG-3 stopped production almost immediately after their debut, until they were re-introduced in 1945. All models were 14 ⅛” wide, with mahogany back and sides and ladder bracing for the LG-1, while the LG-2 and LG-3 were X-braced.

This particular example dates from 1963, is a complete joy to play and has weathered the years exquisitely. It has a clear and warm sound that projects well, retaining that sweetness that the best small acoustic guitars seem to have.

The neck has a comfortable C profile, far more modern than you’d expect especially compared to our other example. The fretboard shows some light signs of wear with original frets that themselves have plenty of life left in them.

This guitar has been well cared for and though there are plenty of scratches and dings, there aren’t the hallmarks of being abused or any significant trauma. There is a repaired crack on the back and it looks like it had a jack socket fitted at the end pin a while ago but this has been filled in now and a normal strap button is now there.

It comes with a modern hardshell case.

A great example of how good the lower end vintage Gibson acoustics can sound, this LG-1 is a complete joy to play and will see its next owner proud for years to come… 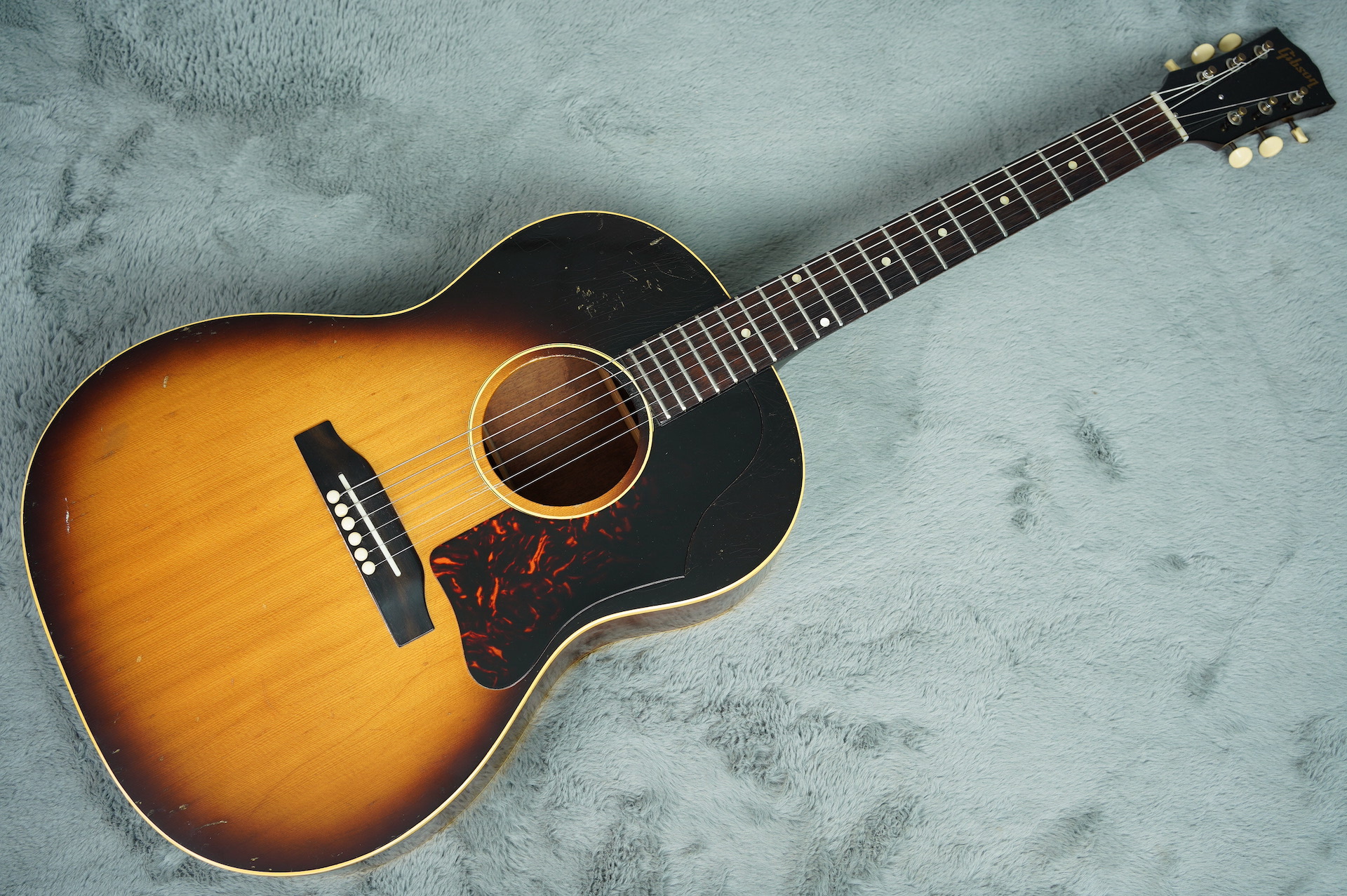 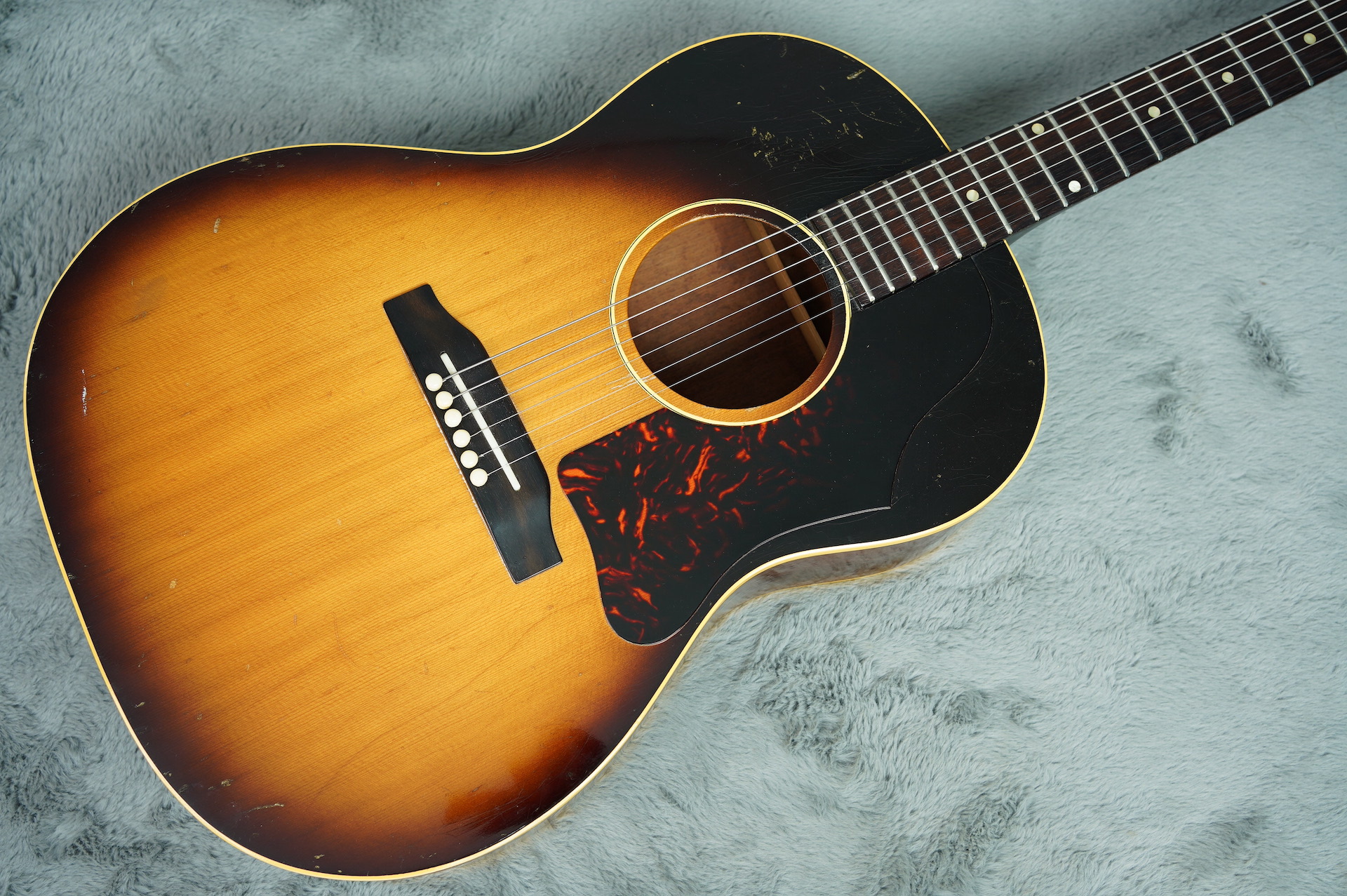 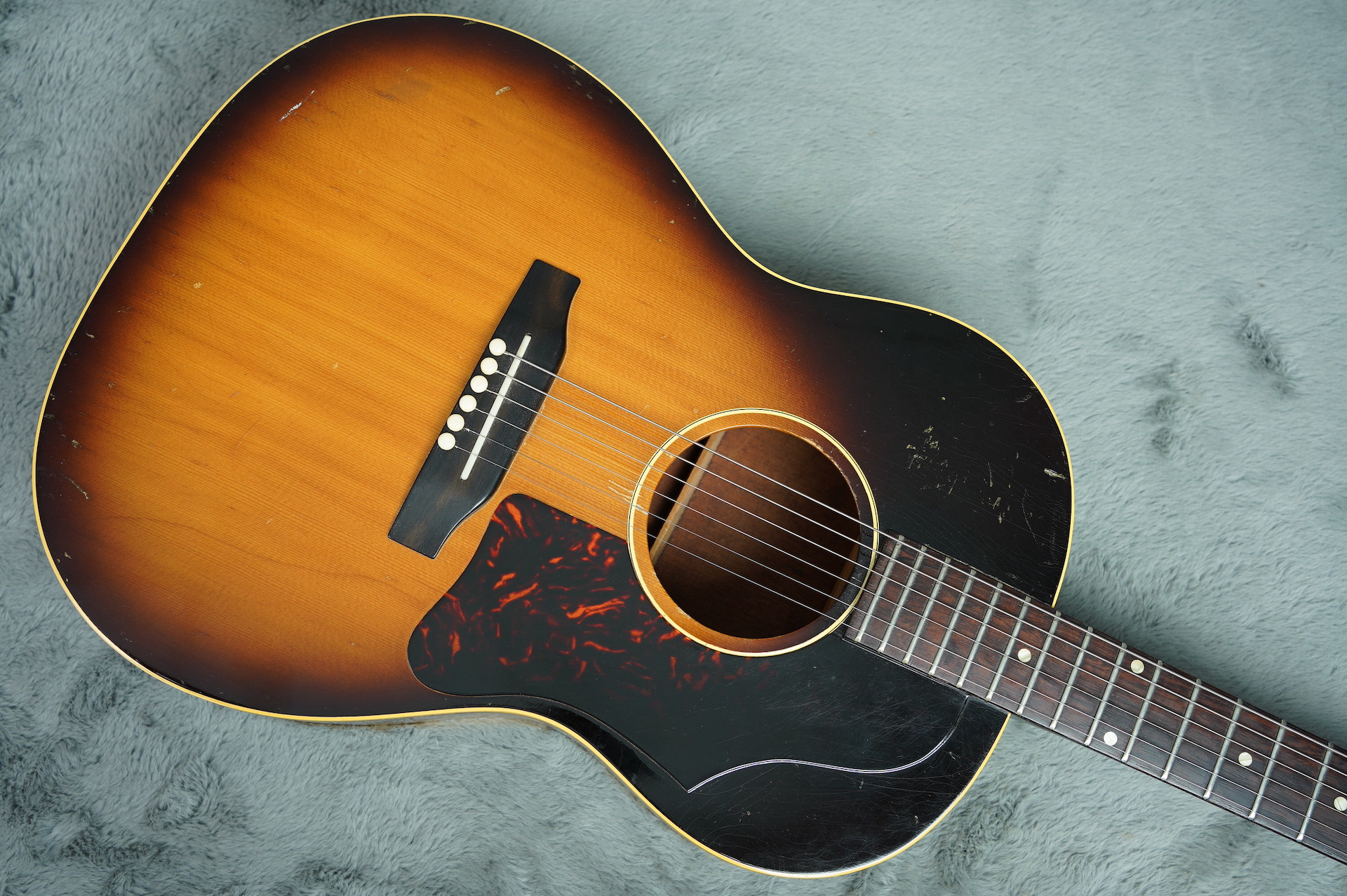 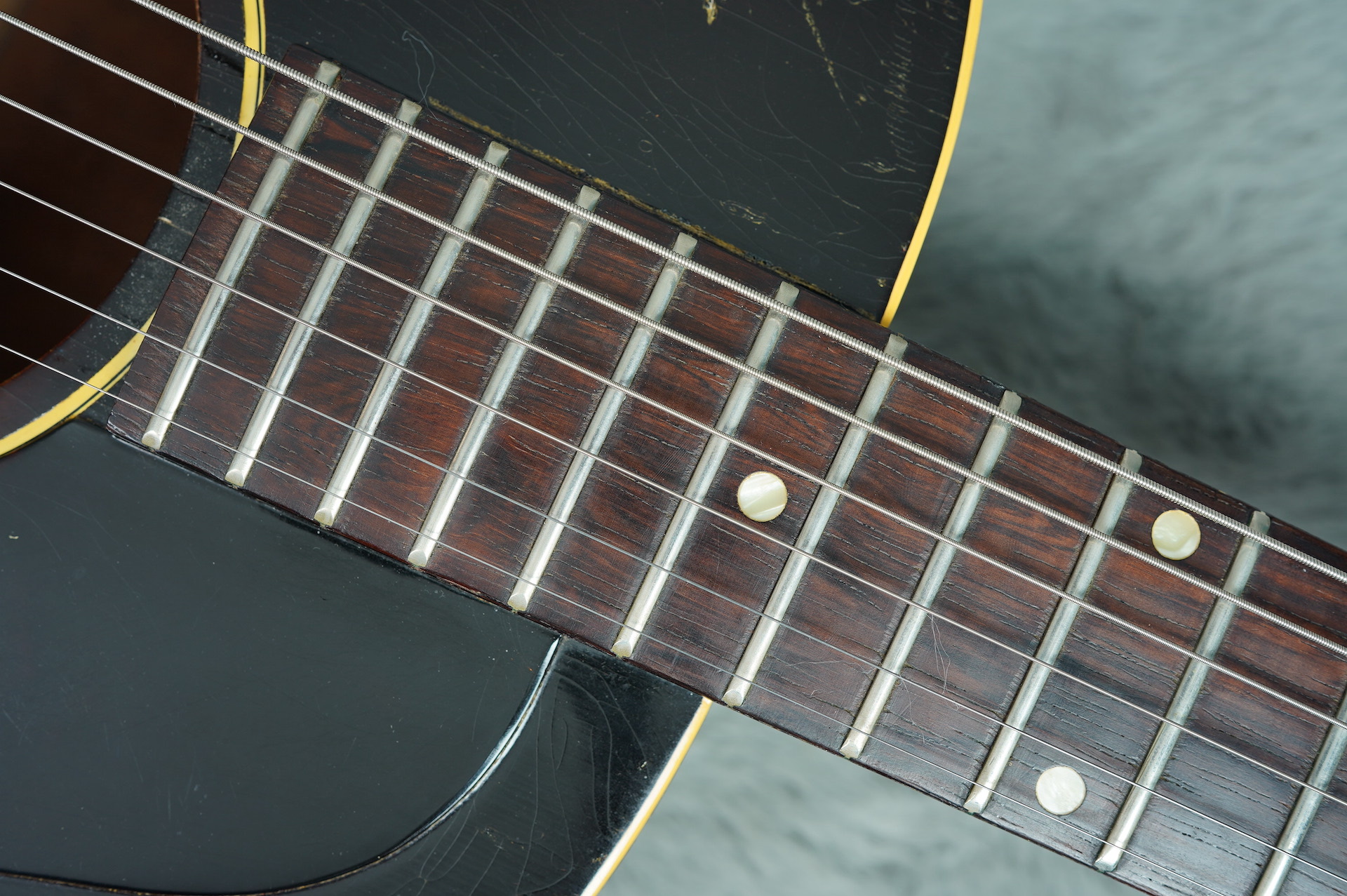 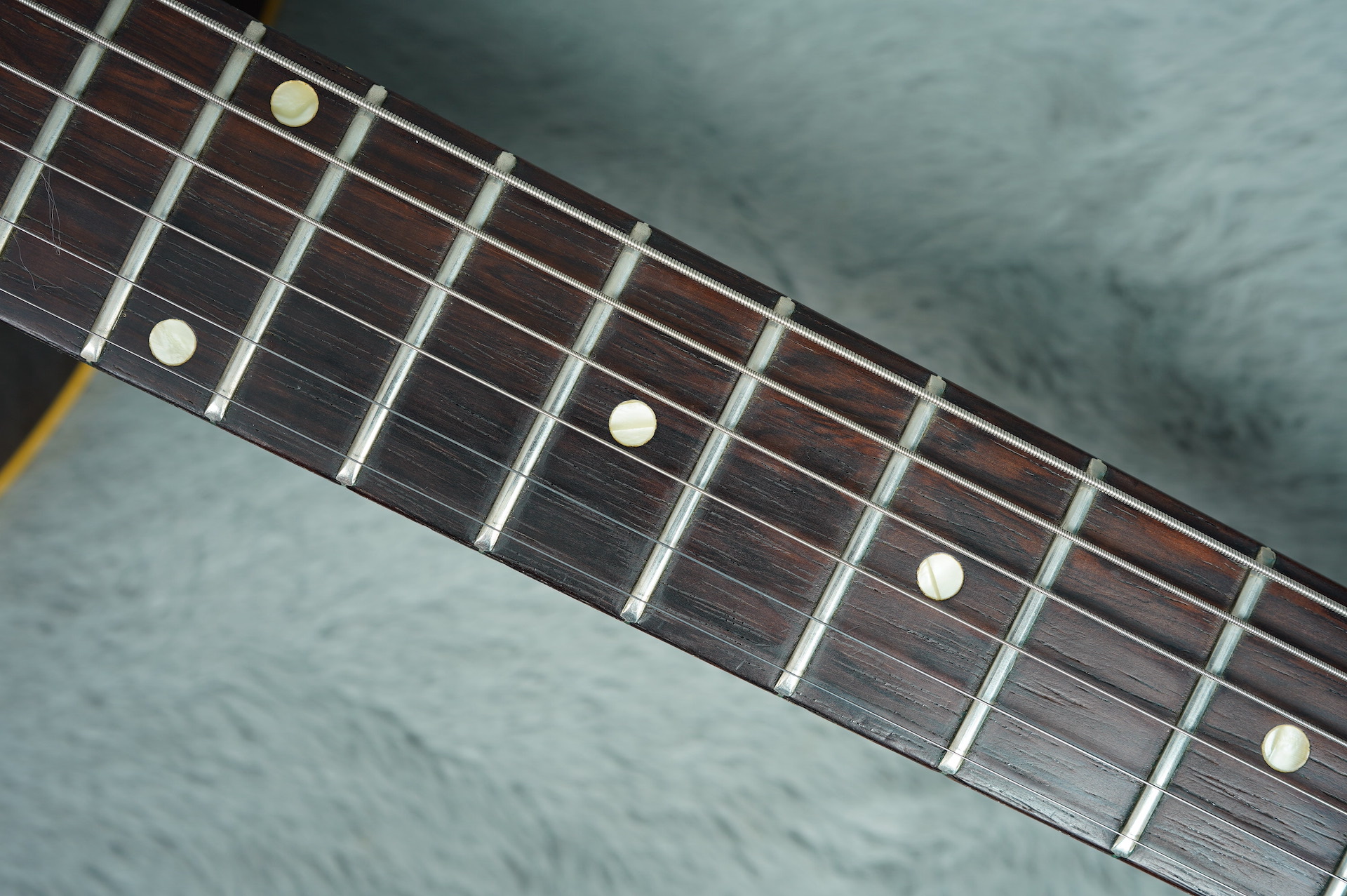 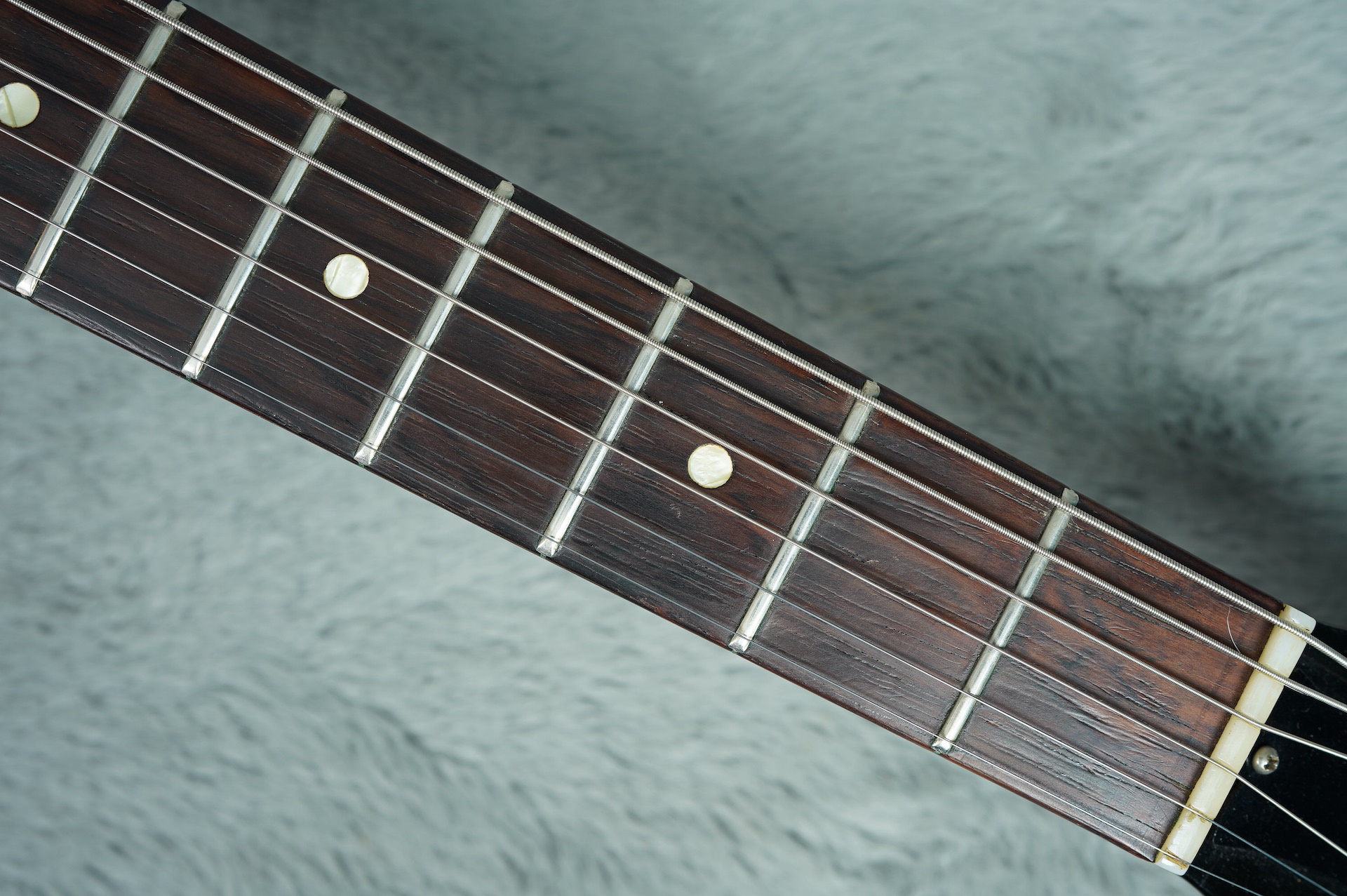 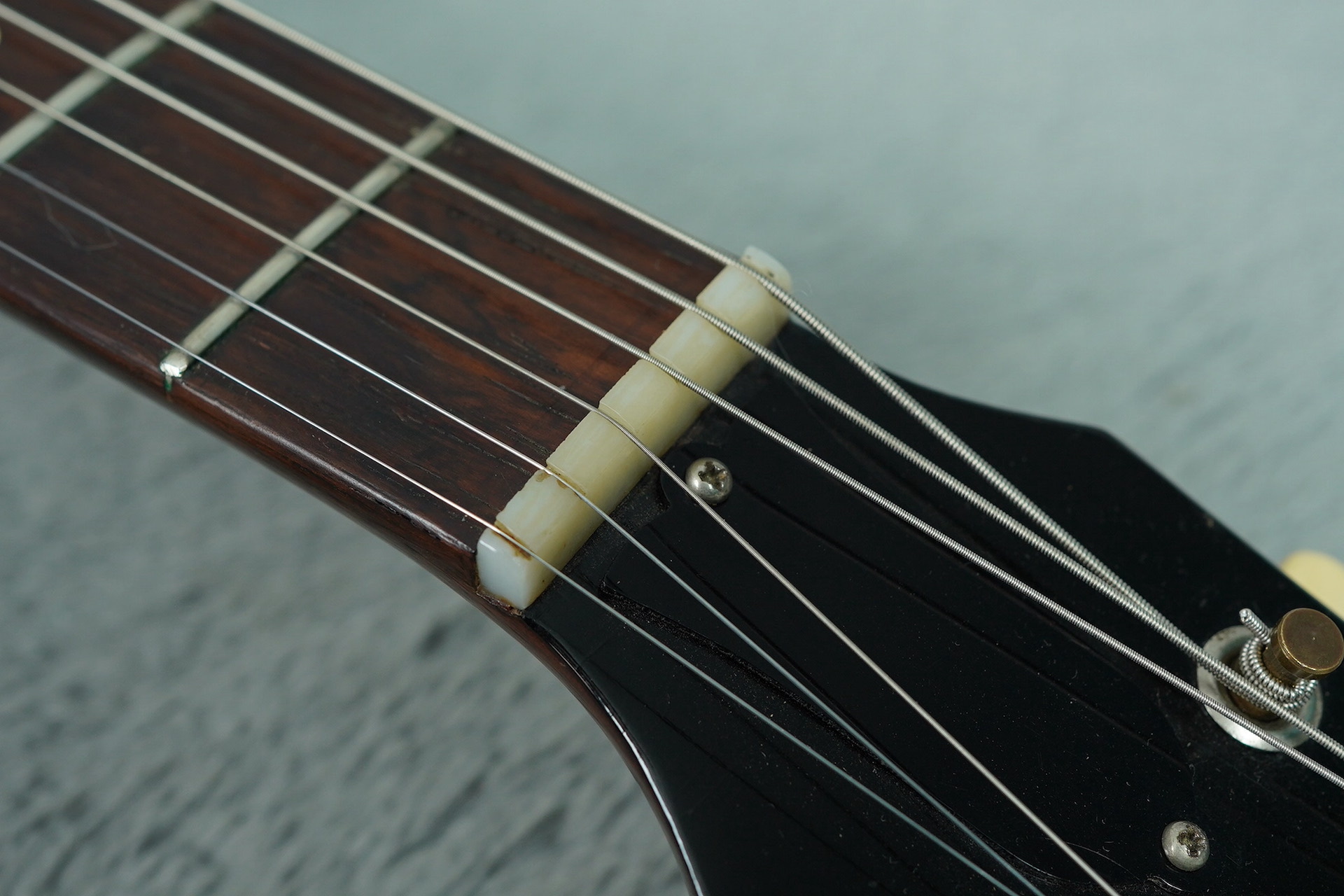 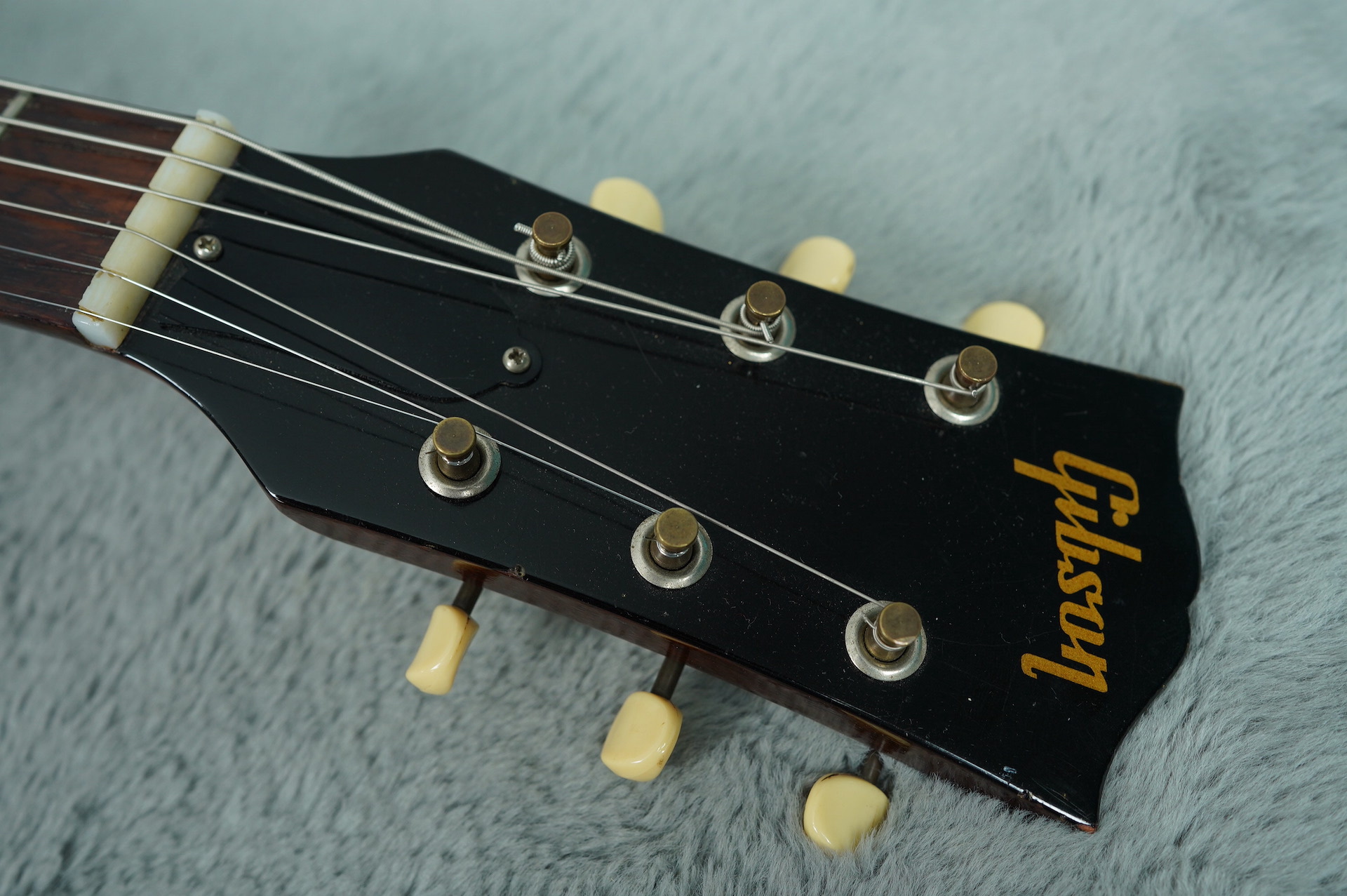 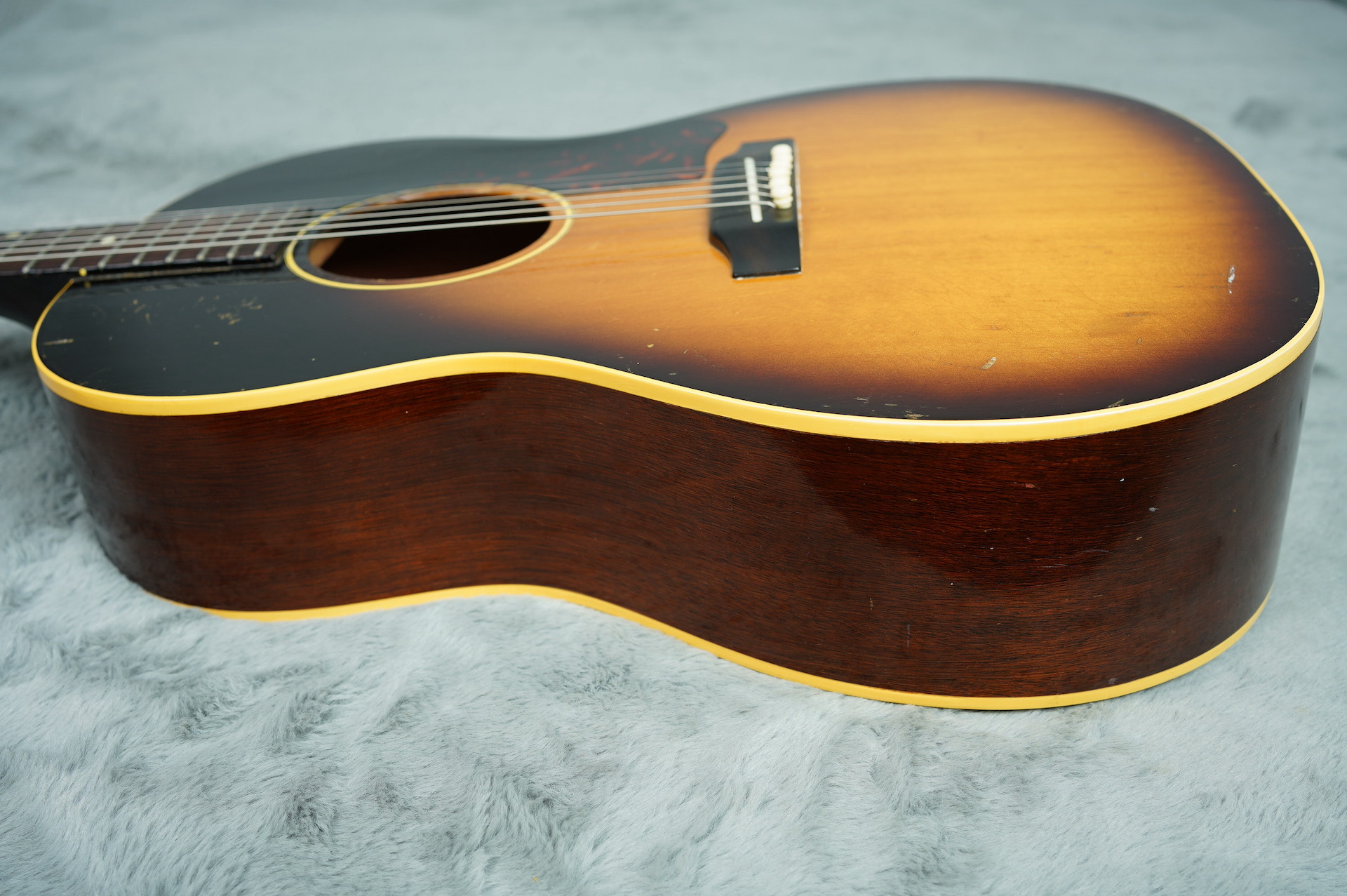 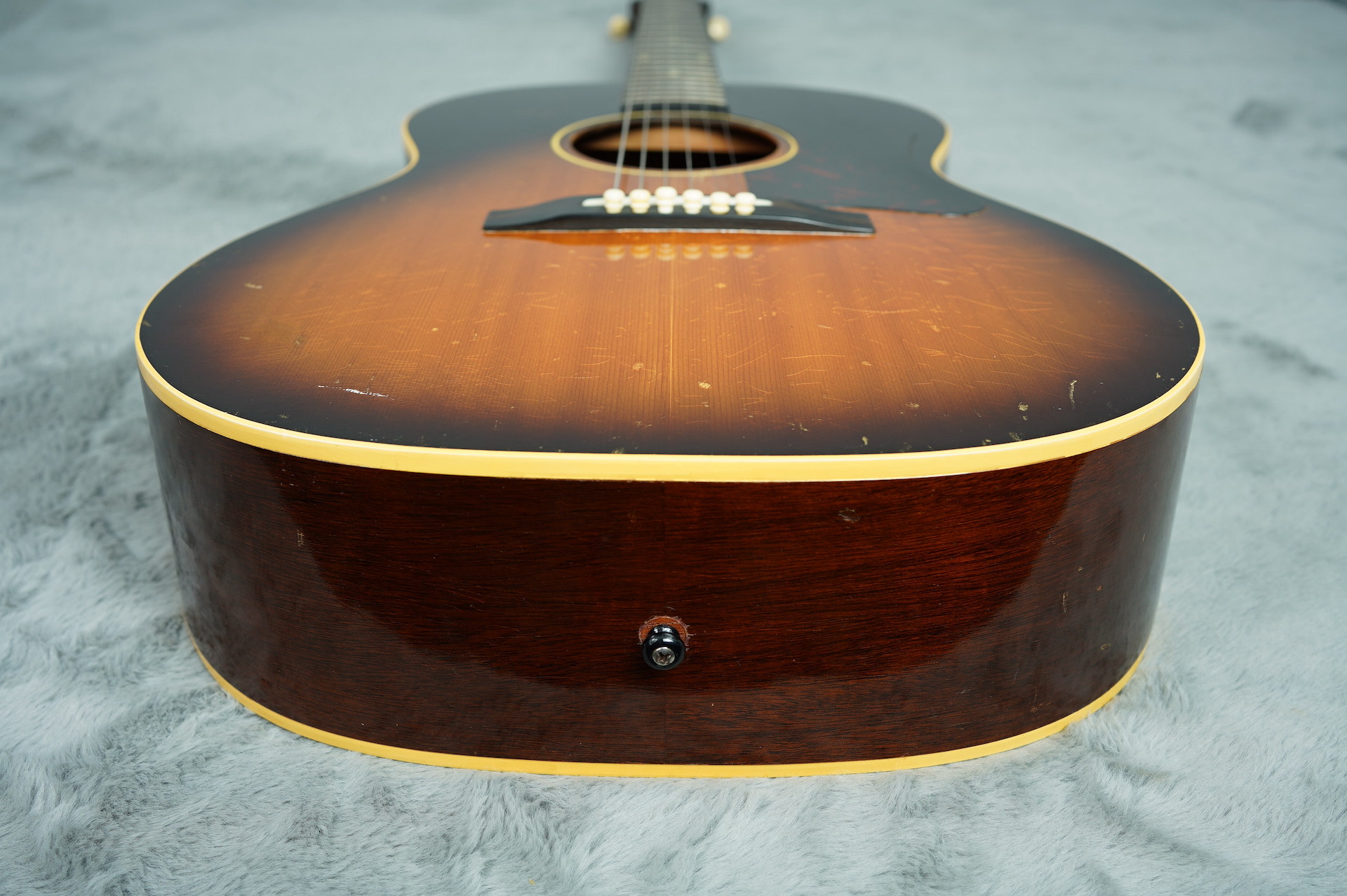 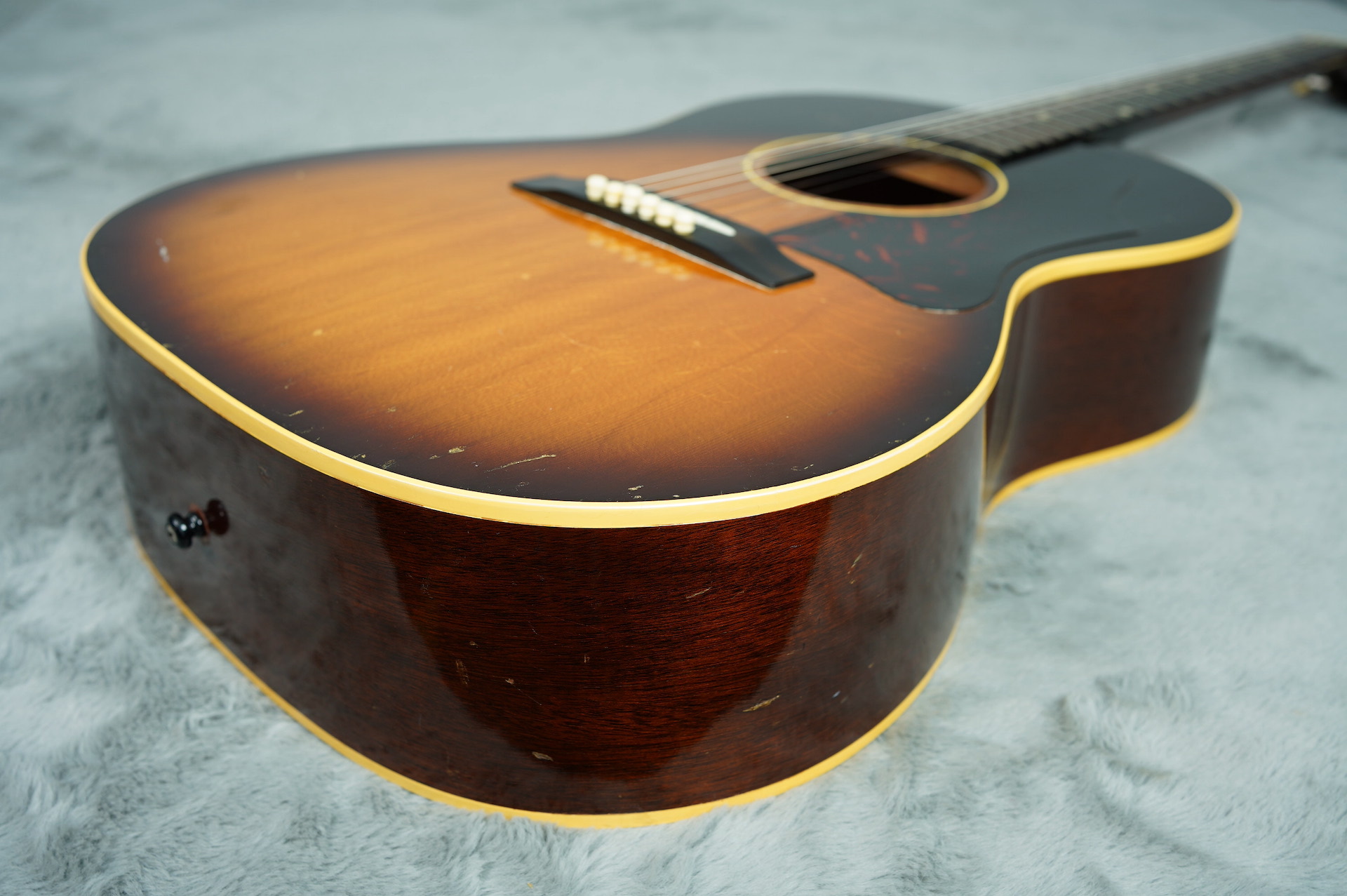 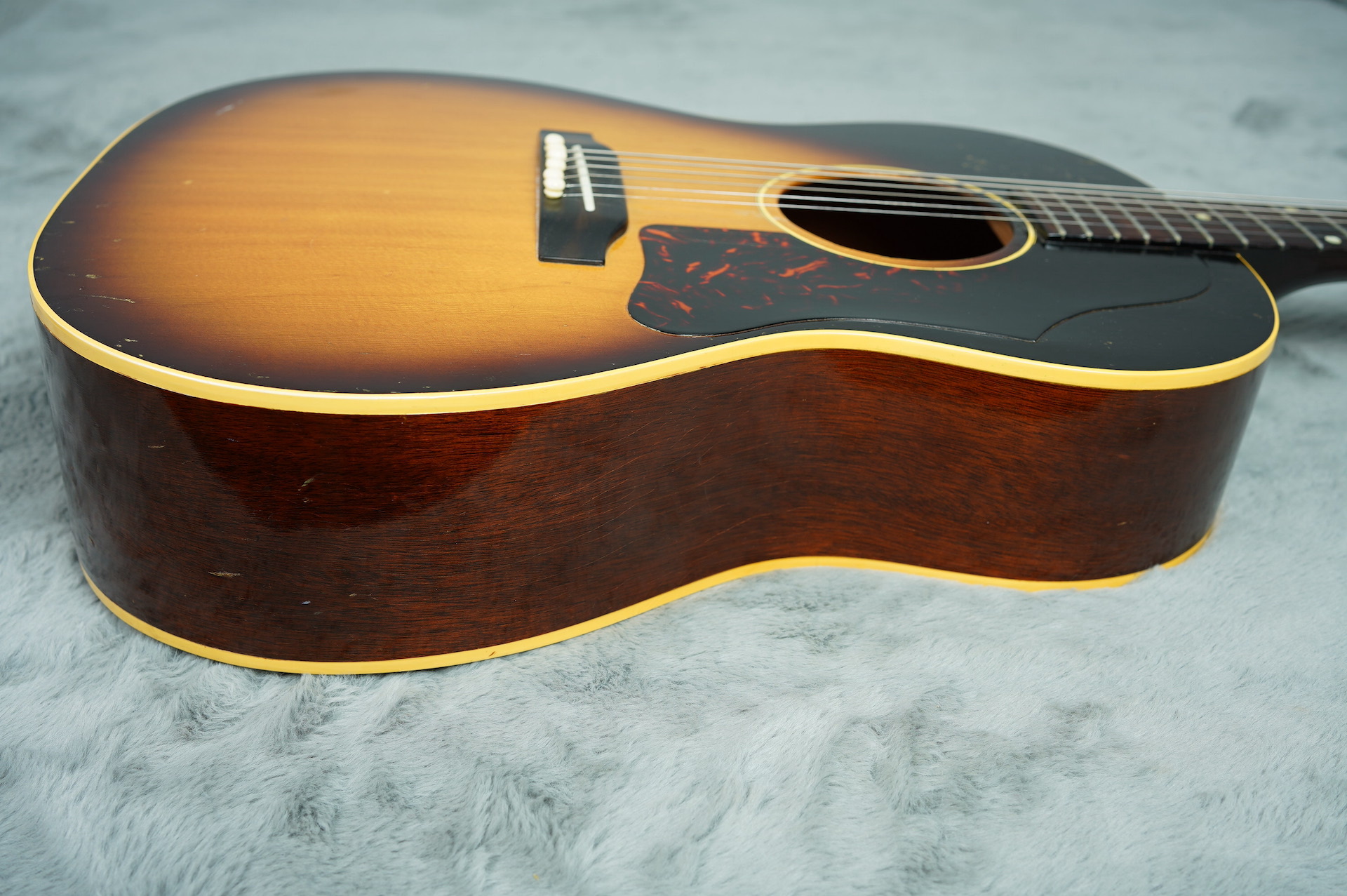 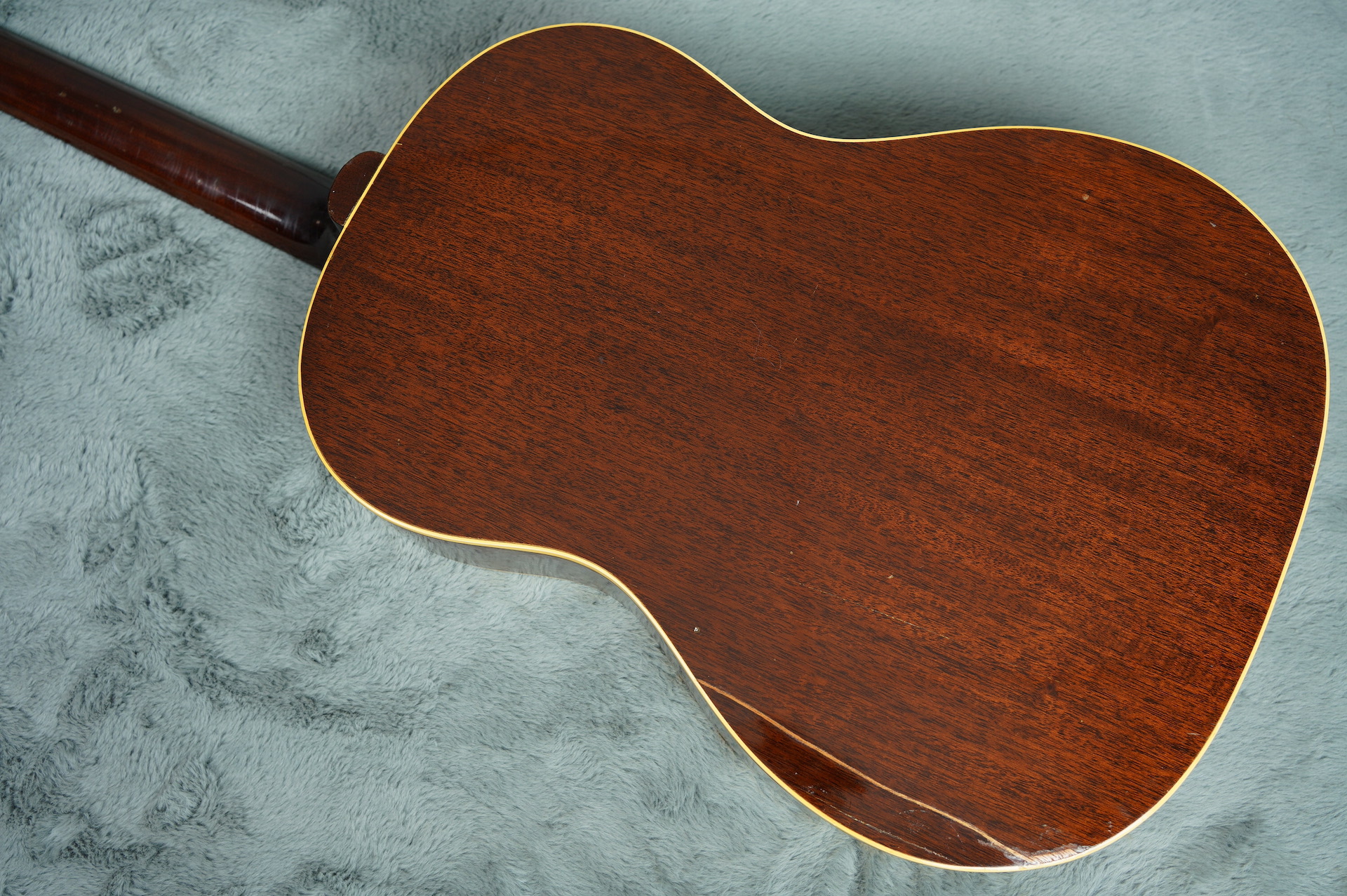 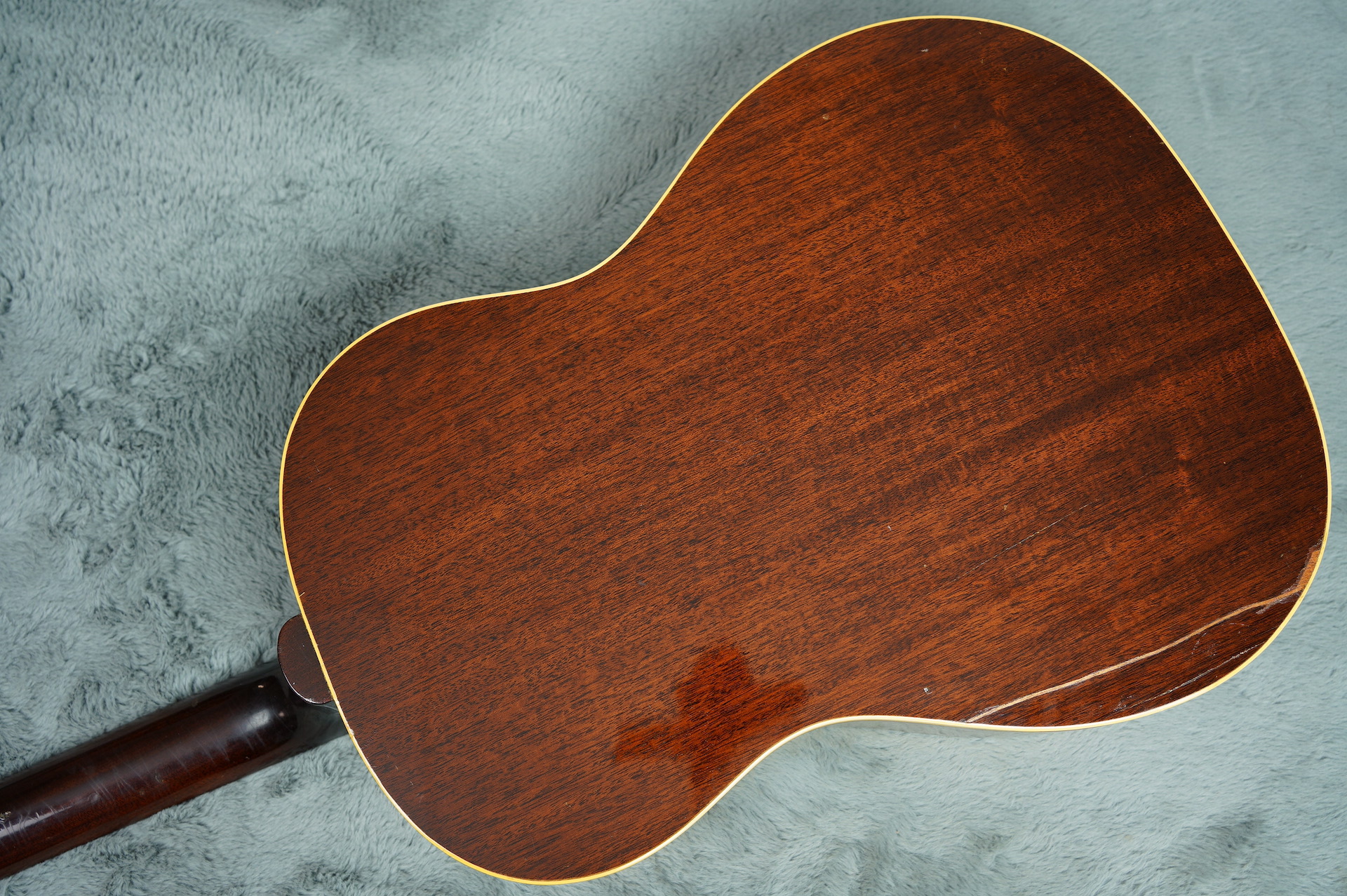 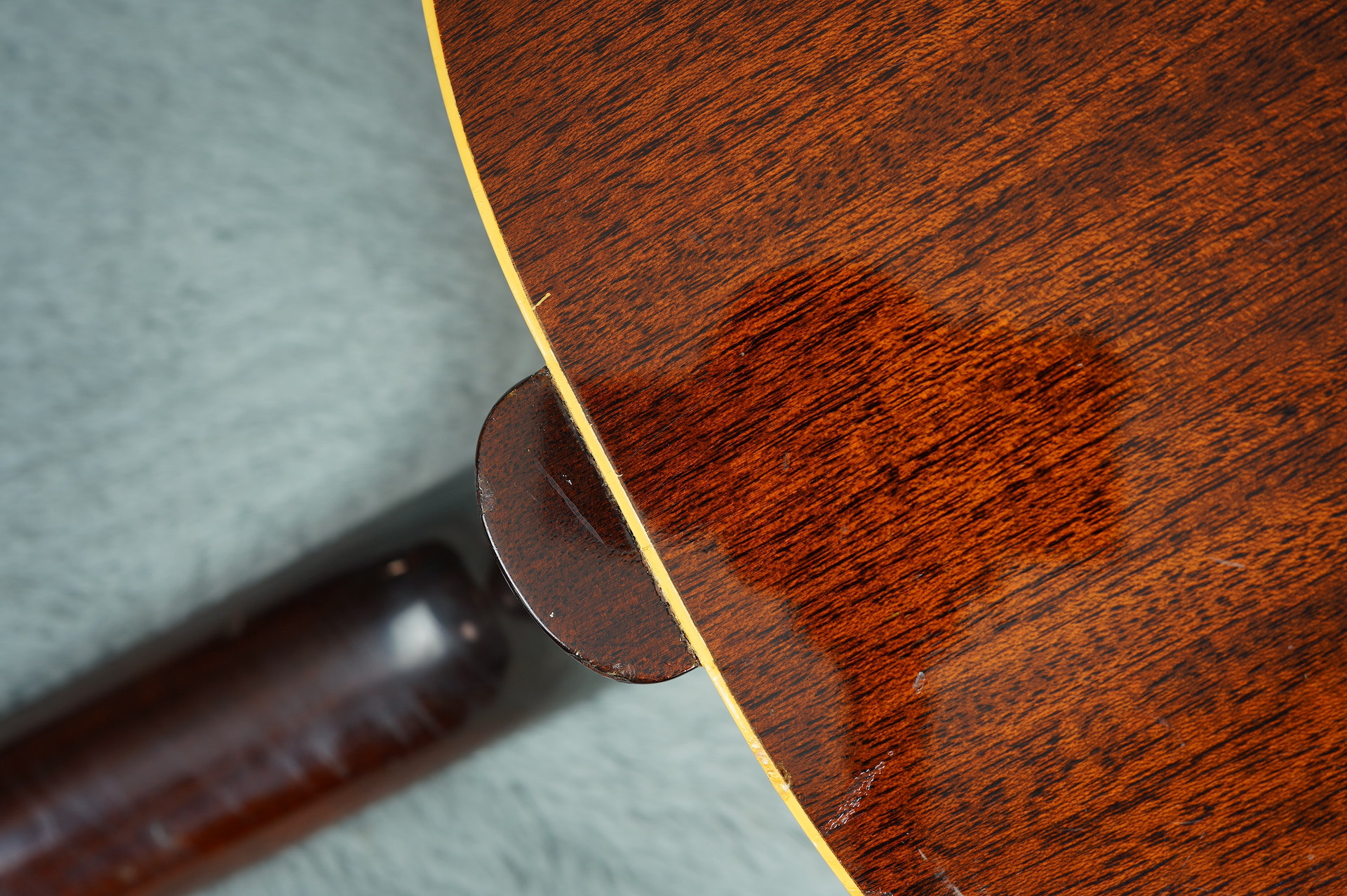 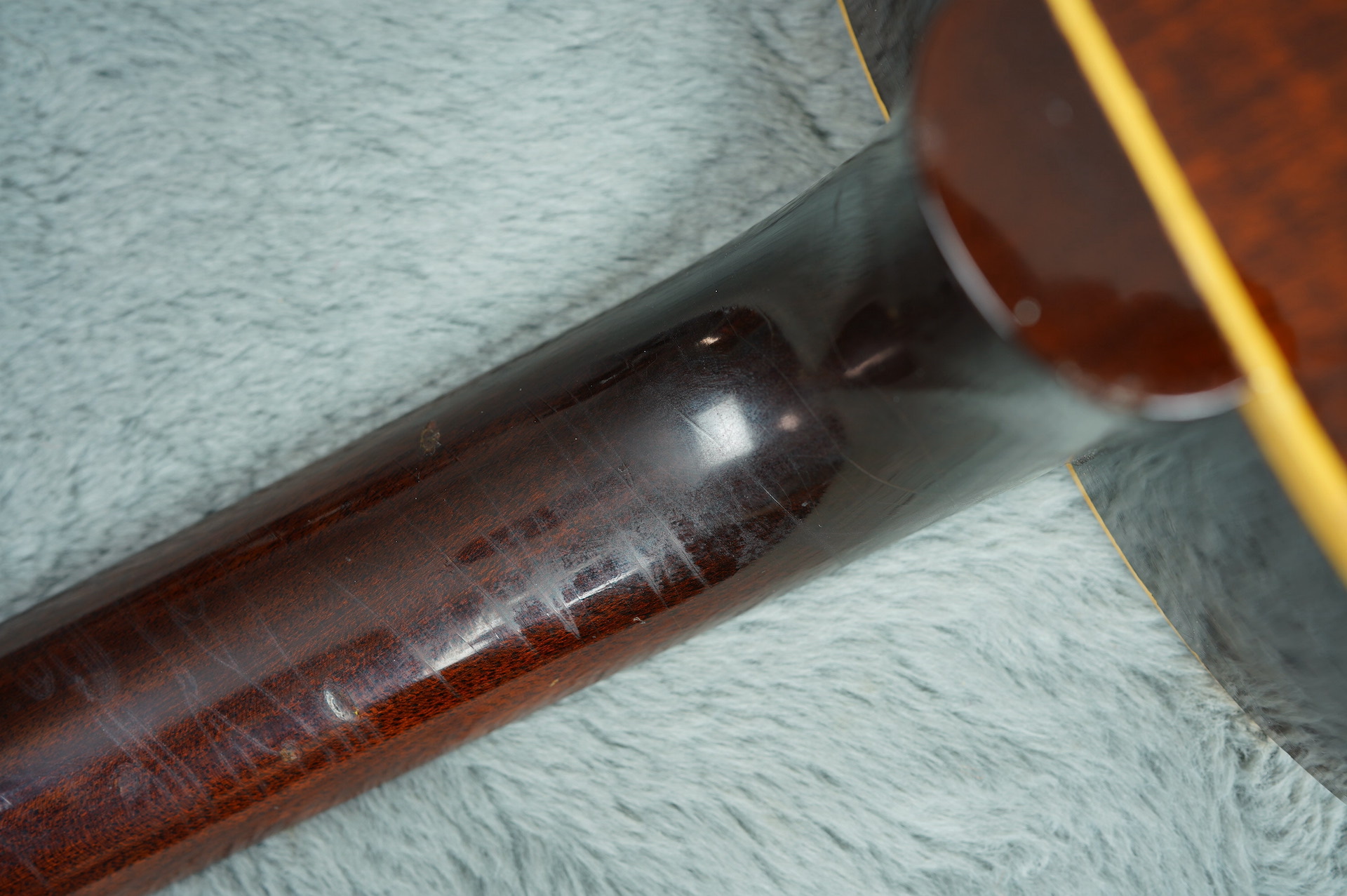 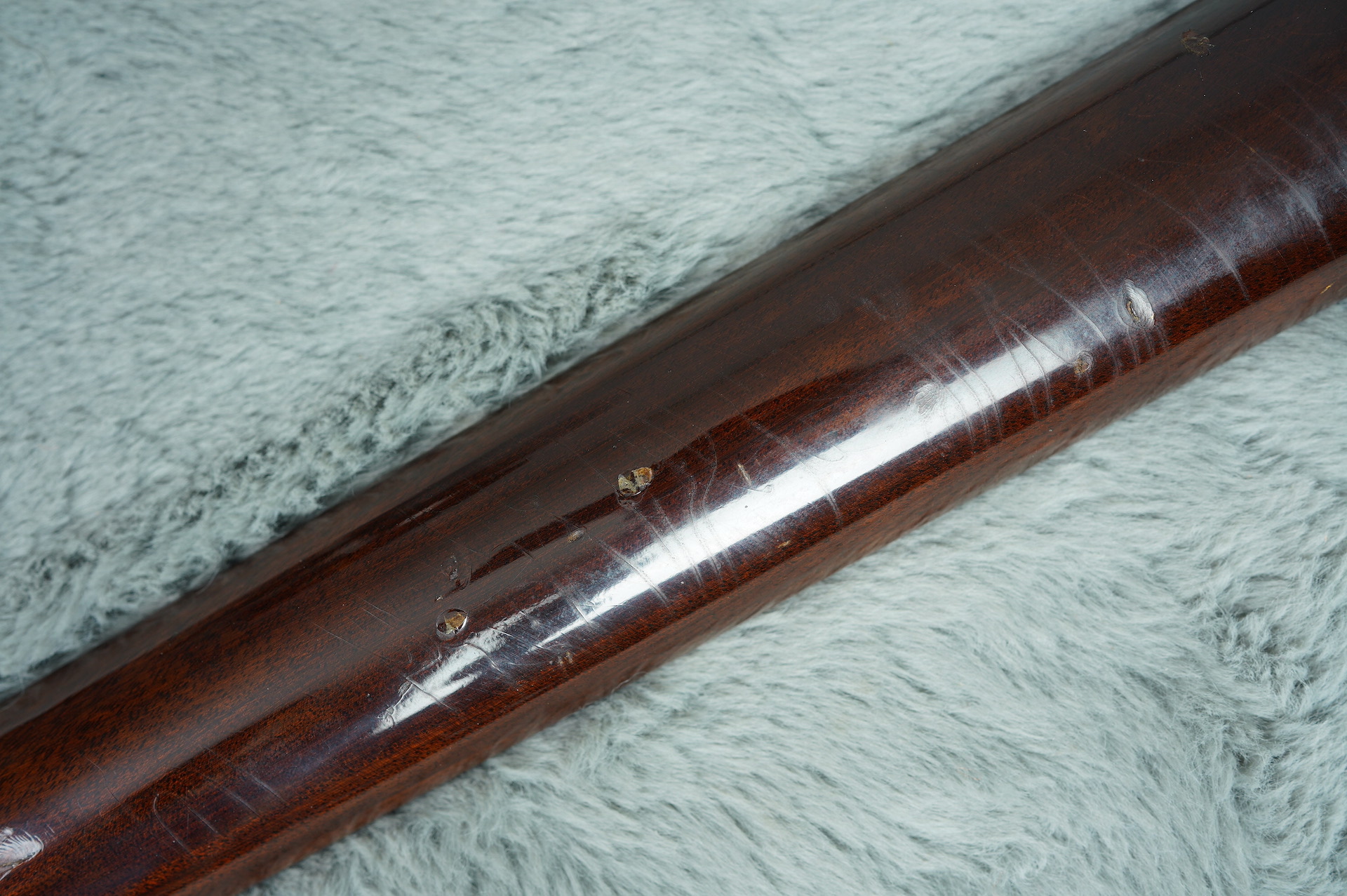 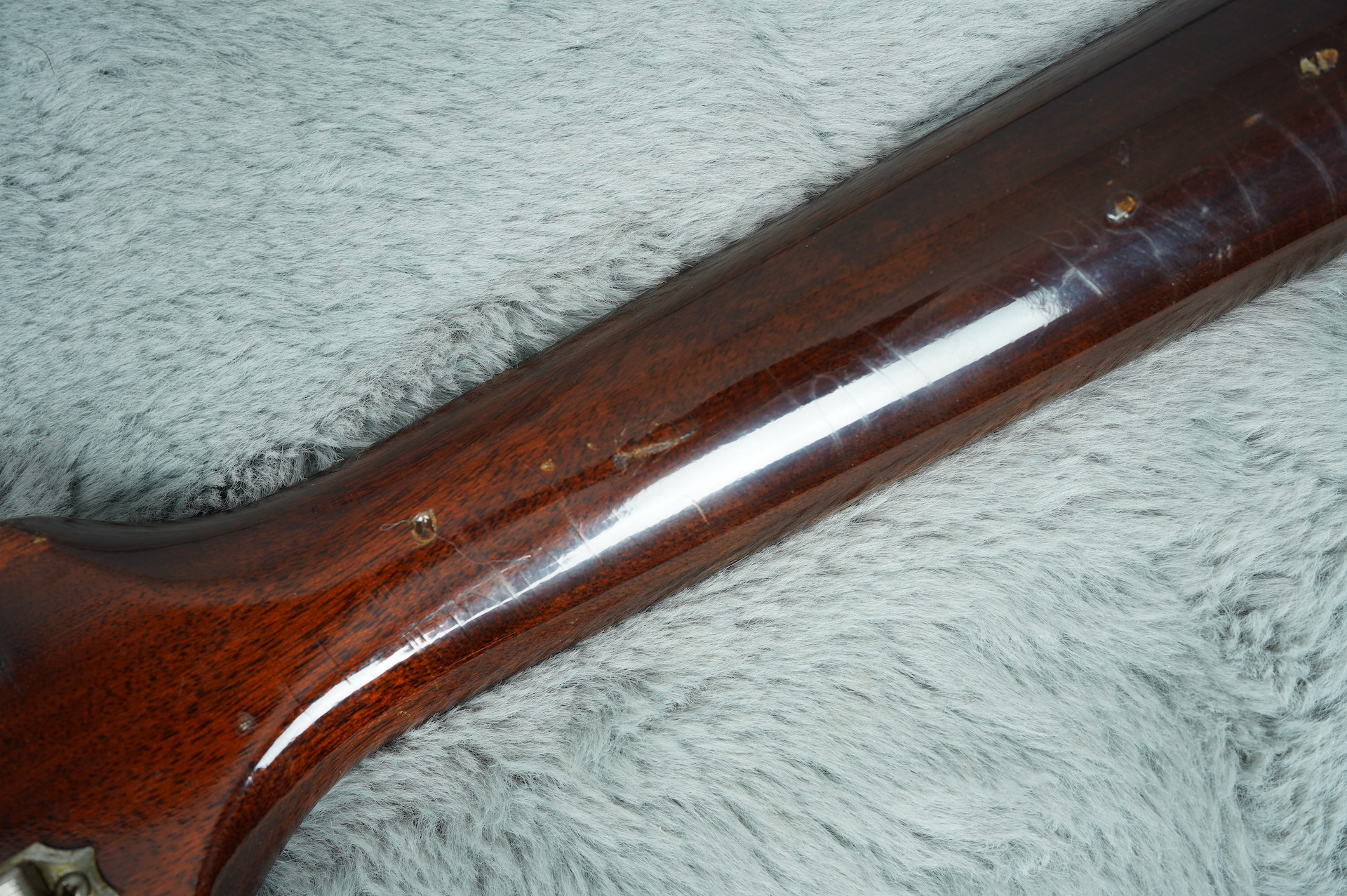 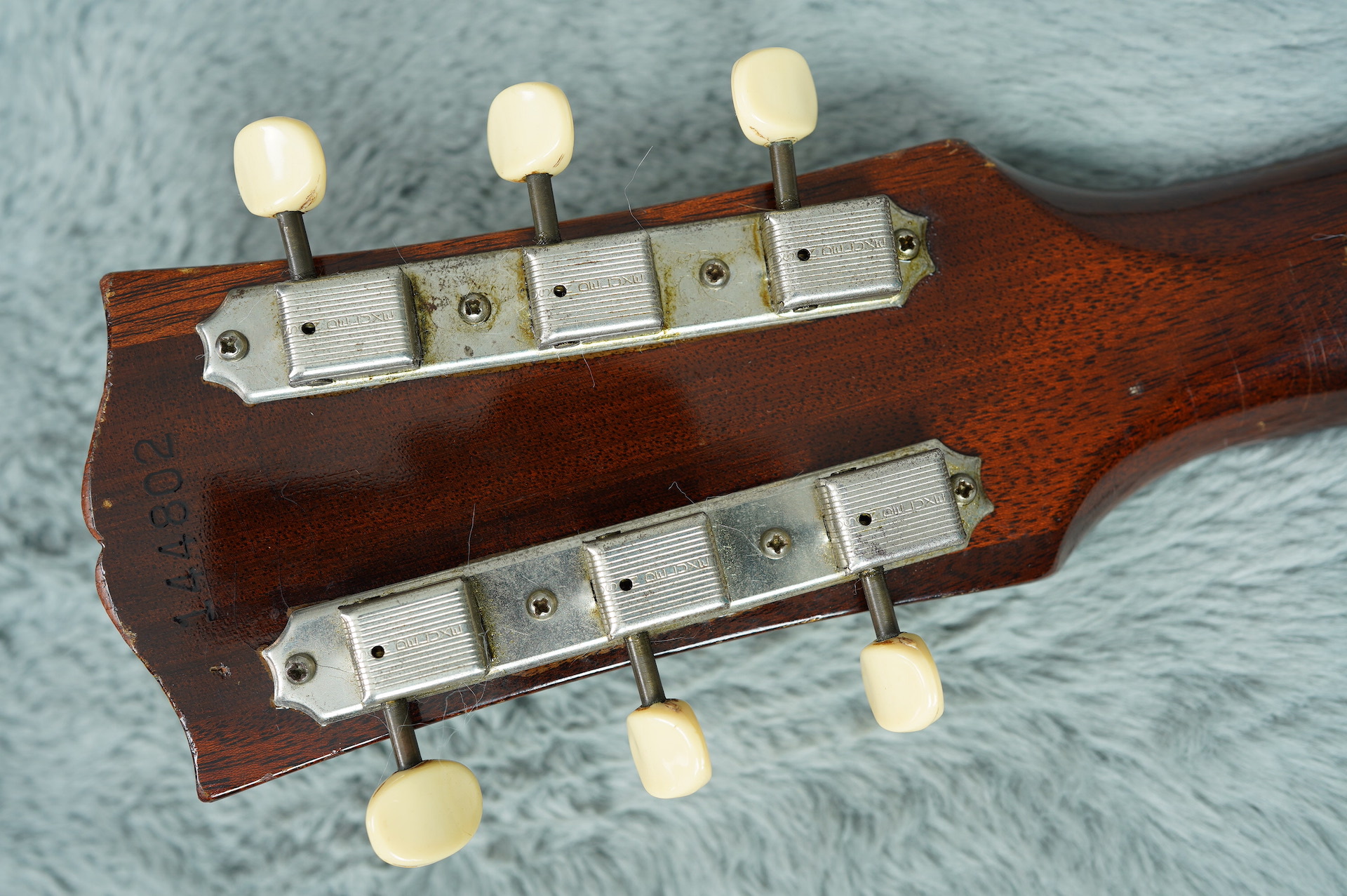 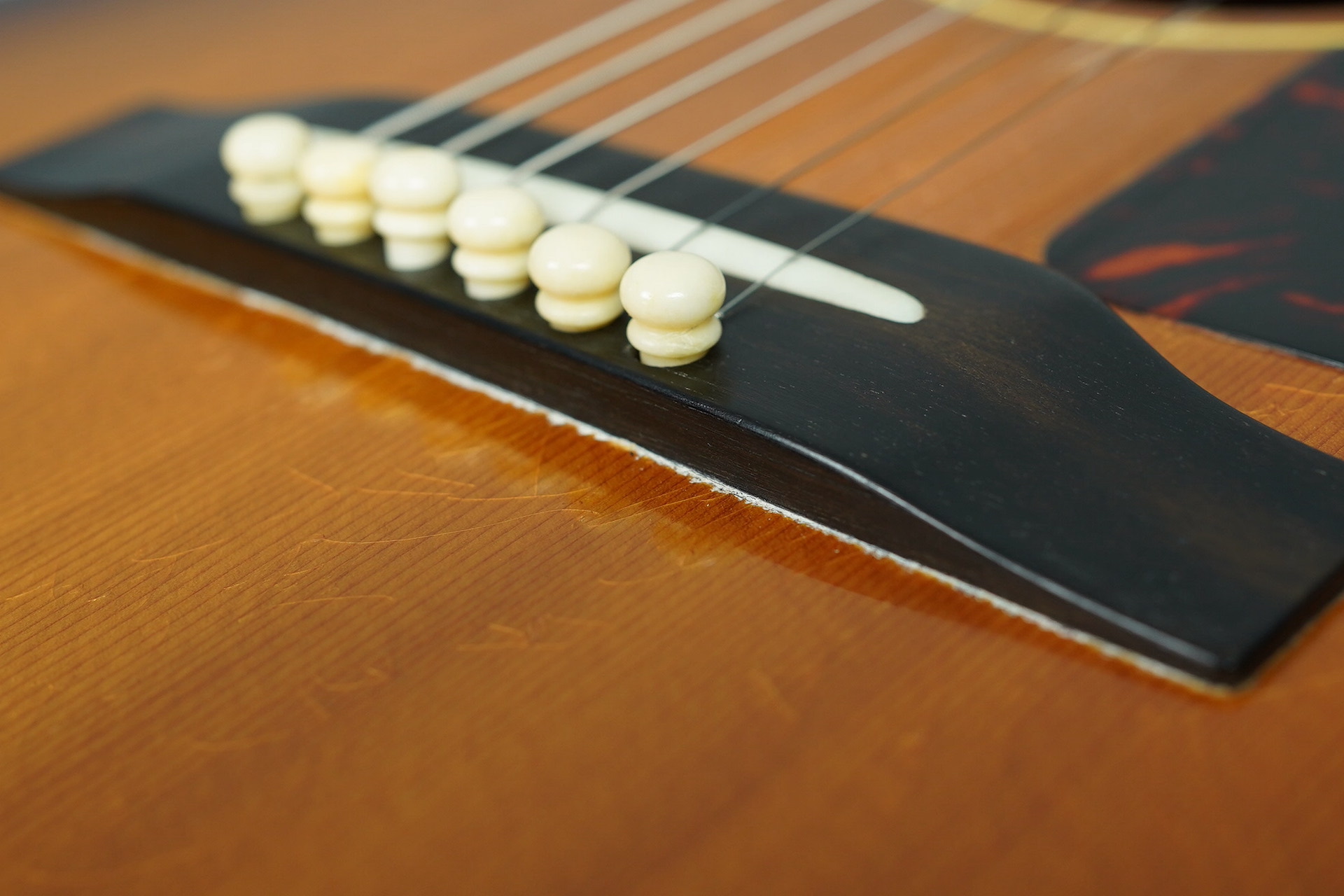 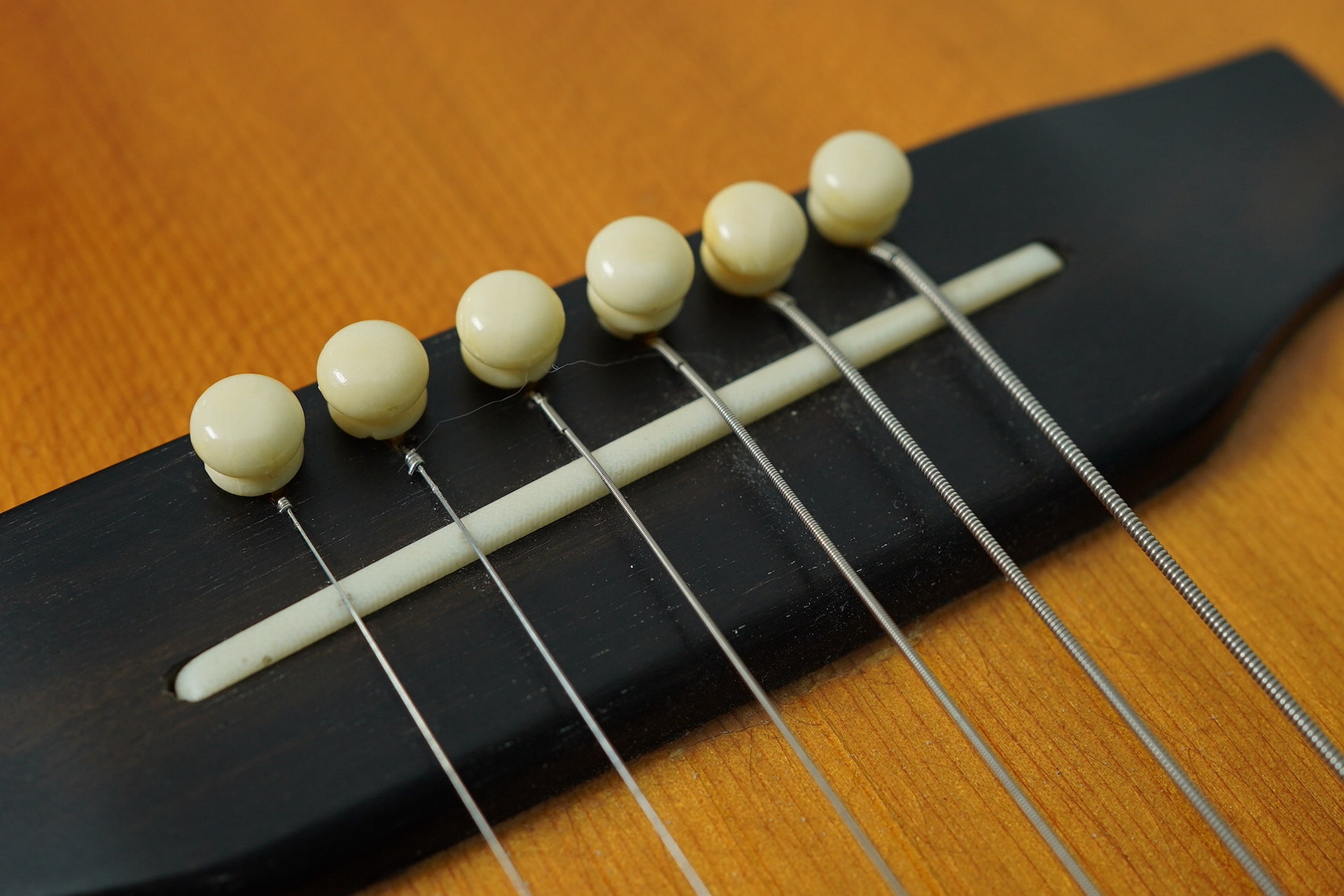 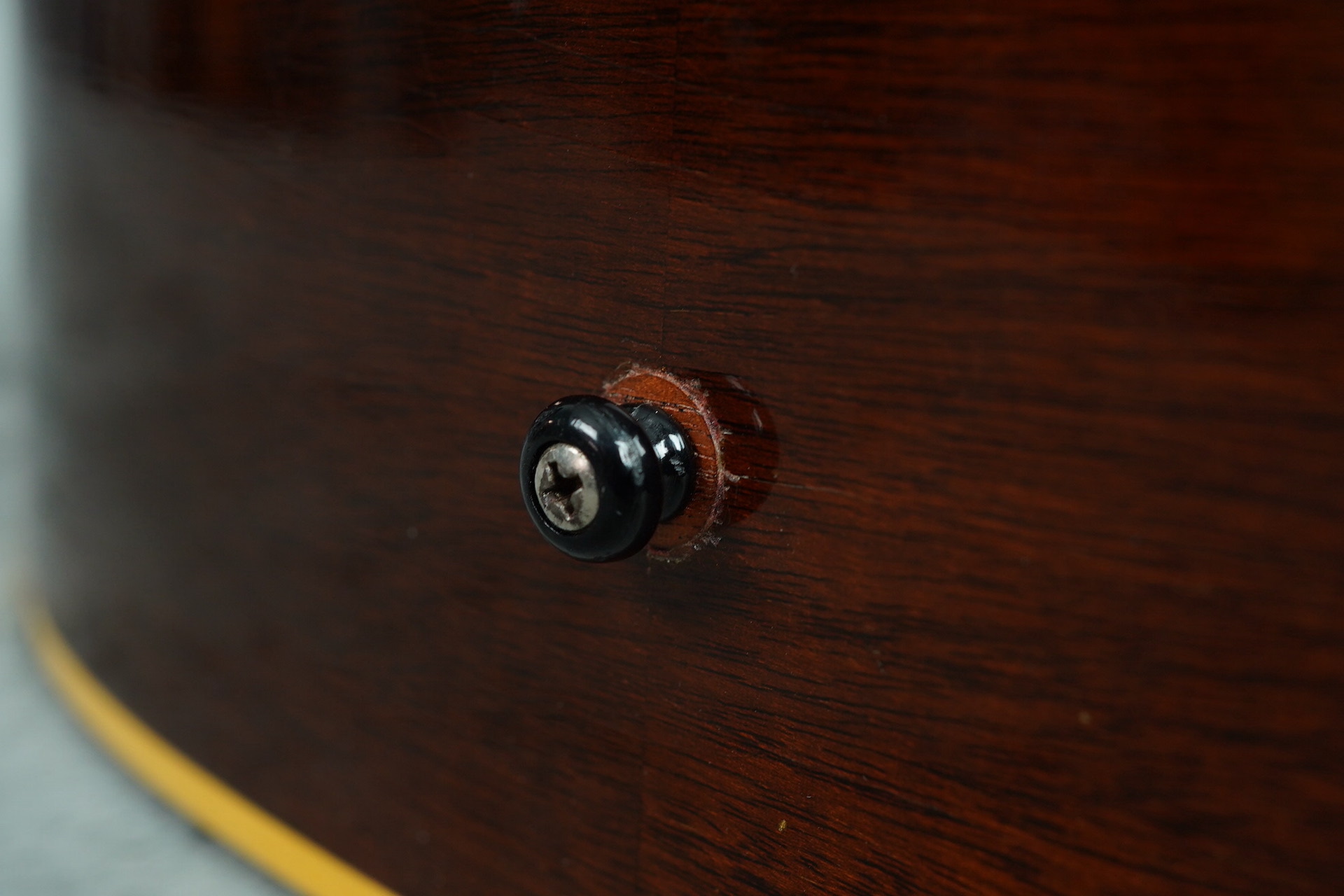 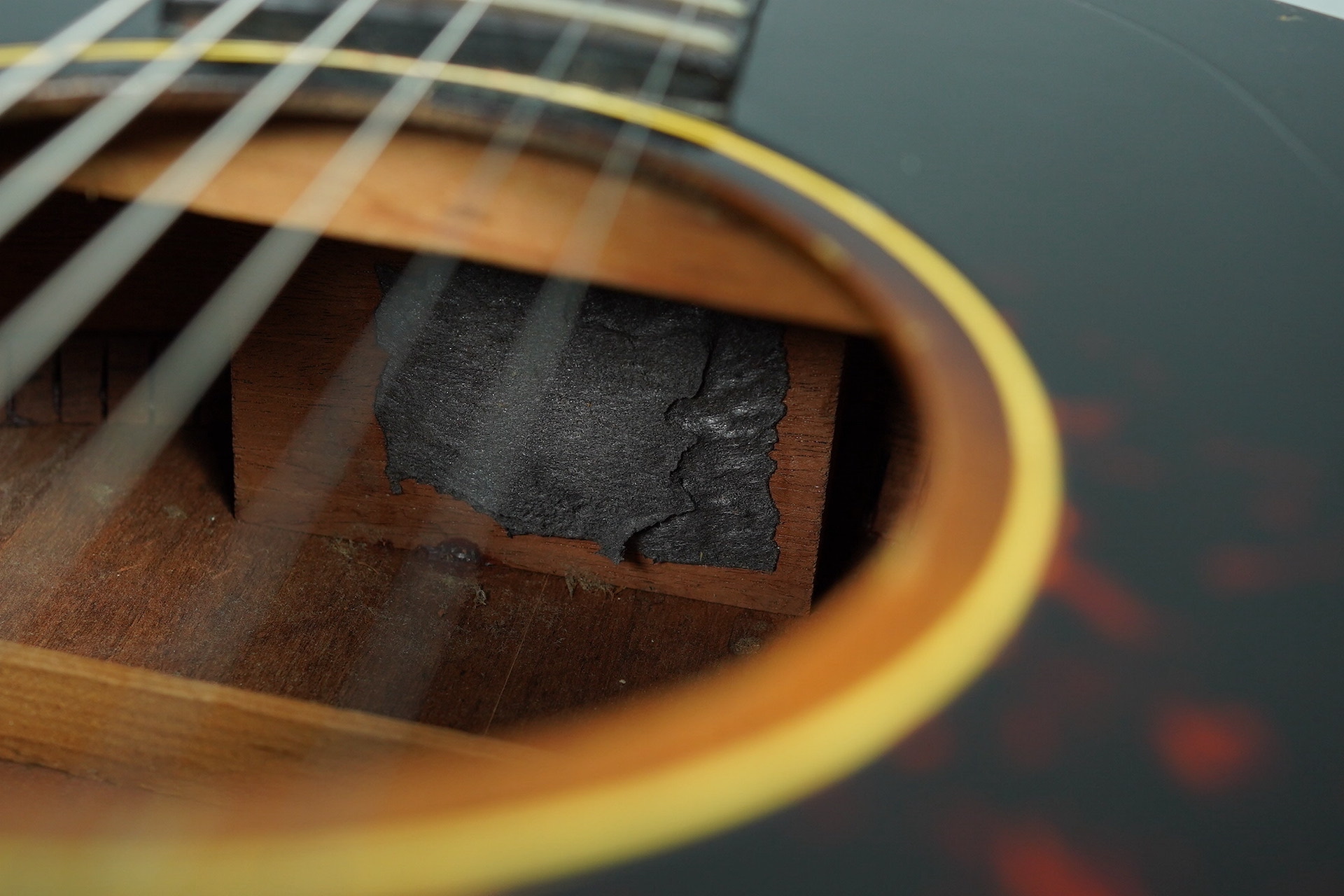 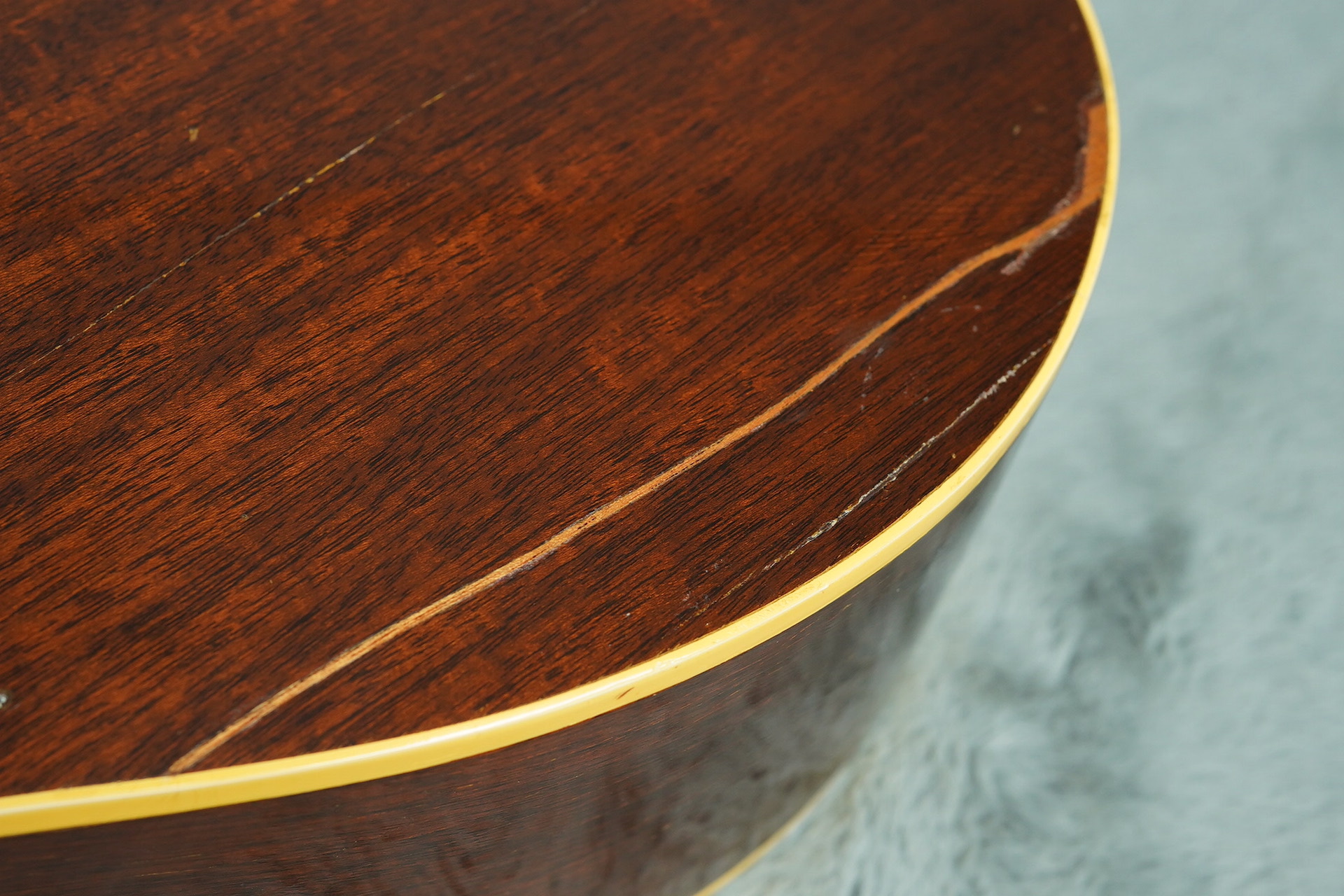