A very rare and desirable sight. There are not that many MONO Gibson ES-355 TDC’s from the golden era out there with no Varitone but the icing on the cake for some people with this one, is the unopened pair of double white PAF pickups…

A guitar with a LOT of interesting history and one with photographic and recorded provenance. Owned for a very long time by the same owner who had a few hits in his native country back in the day and had many photographs taken of him playing this. A few of which are smattered about the gallery page and all will be revealed to its lucky new owner.

It is a real beauty and for those struggling with some notion of what to do with a stereo jack and all that Varitone control but really do like the slick ebony fingerboard and the grandiose appointments of the top of the range Gibson Thinlline, this is your perfect guitar.

The very delicious icing on this lush cherry cake is of course the pair of unmolested and unopened double white, Patent Applied For pickups. These by themselves we have sold for nearly £10k a pair in the past so if you’re content with putting a pair of boutique pickups in there, you could well have a bargain guitar in your hands. We, of course do not condone such practices..

When we got it, it had some horrible Grover Imperial tuners fitted and Schaller’s had also been fitted at one stage but we have sourced and installed a nice set of period correct, gold Pat Pending Grovers and it really does look a lot better now. Unfortunately whoever did the previous tuner changes did not do the greatest of jobs and you can see hairline cracks by the screws of the old tuners on the back of the headstock which have been filled.

Aside from that, the bridge is the slightly later ABR-1 with the retaining wire and that is it. Solder is all undisturbed. All original paint and finish, no overspray and no touch ups aside from the extra screw holes from the tuners on the back of the headstock. Guitar plays well on the original frets which are a bit worn in places but should be OK after a re profile. Case is a period correct 5 latch brown Lifton with the pink lining.

Sound, as you can imagine s second to none. Those long magnet, classic PAF’s really do sing and both have strong healthy outputs at 8.10k ohms on the neck and 8.04k ohms on the bridge. They are as sweet as cherry pie with bite and growl to rival the best of them. We are sure sound will not be an issue with this one.

Neck profile is exactly the same as a late 59 and not skinny like they did get a few moths later in late 1960/61. It is a very pretty guitar but does have a few dings, dongs and gold plating wear of course. Have a look at the many pics in our gallery page and see for yourselves but we love it, we cannot deny that and we think its new owner will too.

So there you have it… A golden era, top of the line Gibson Thinline with all the trimmings, it does not get much better than this… 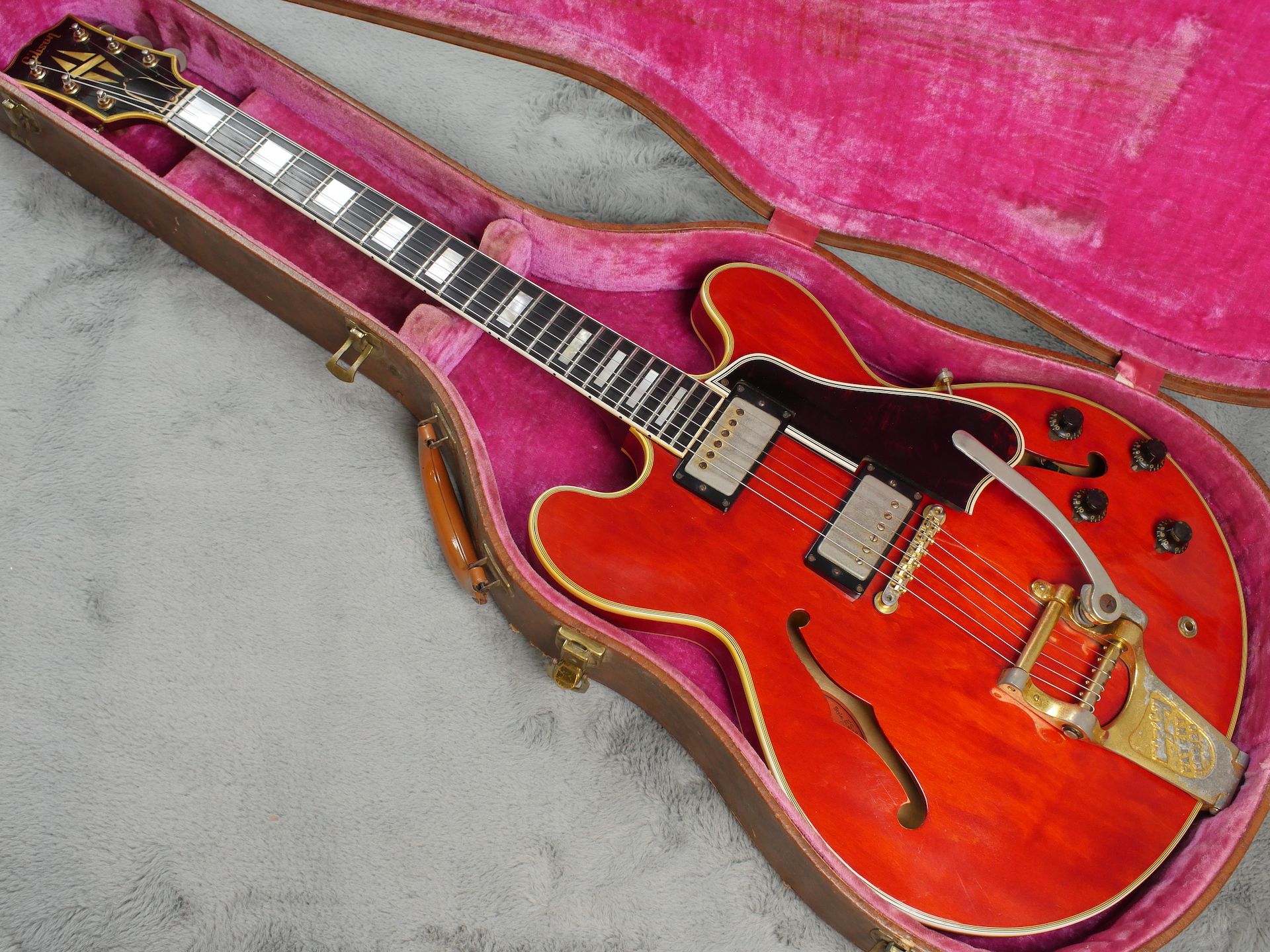 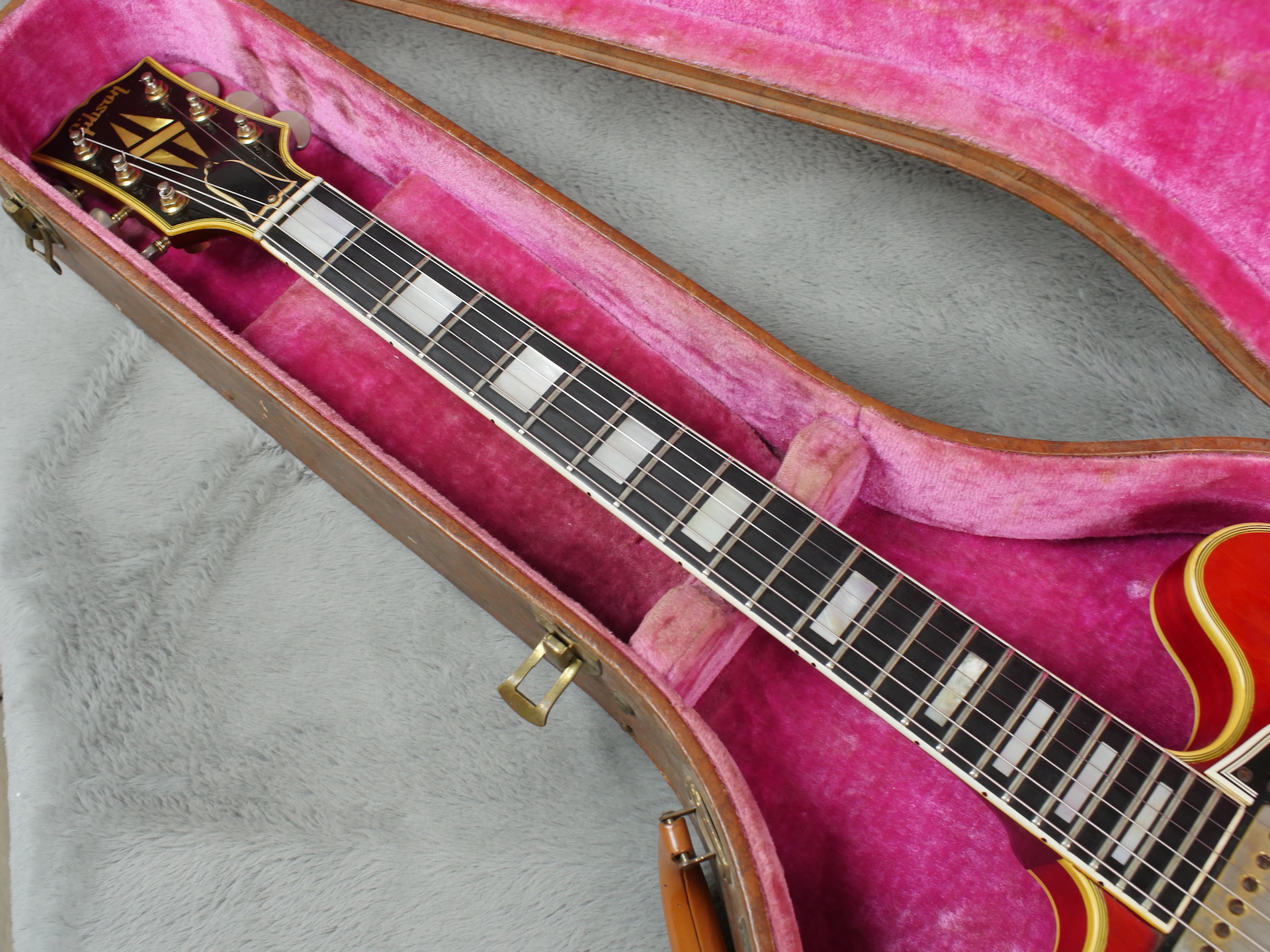 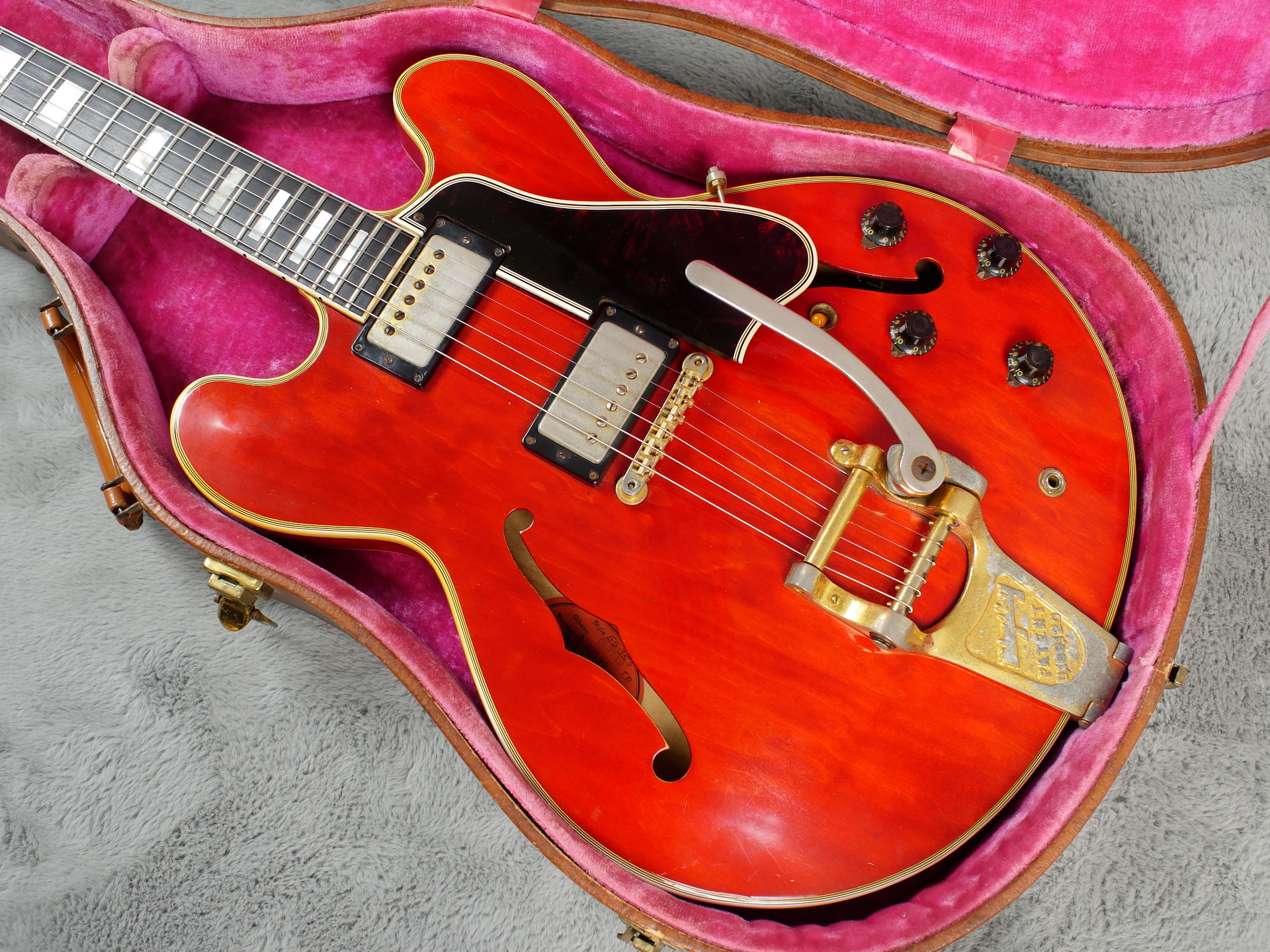 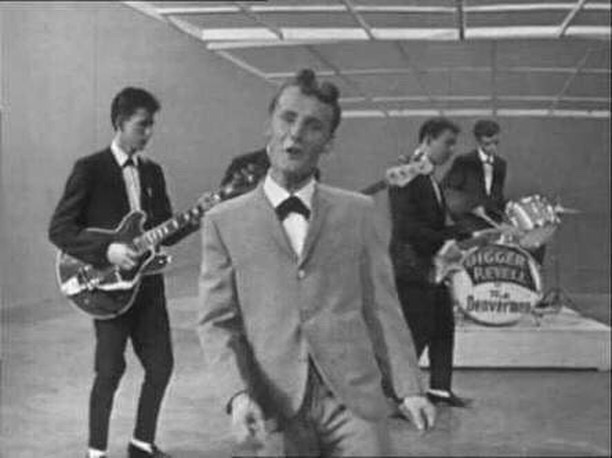 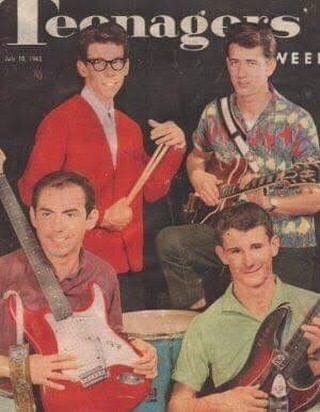 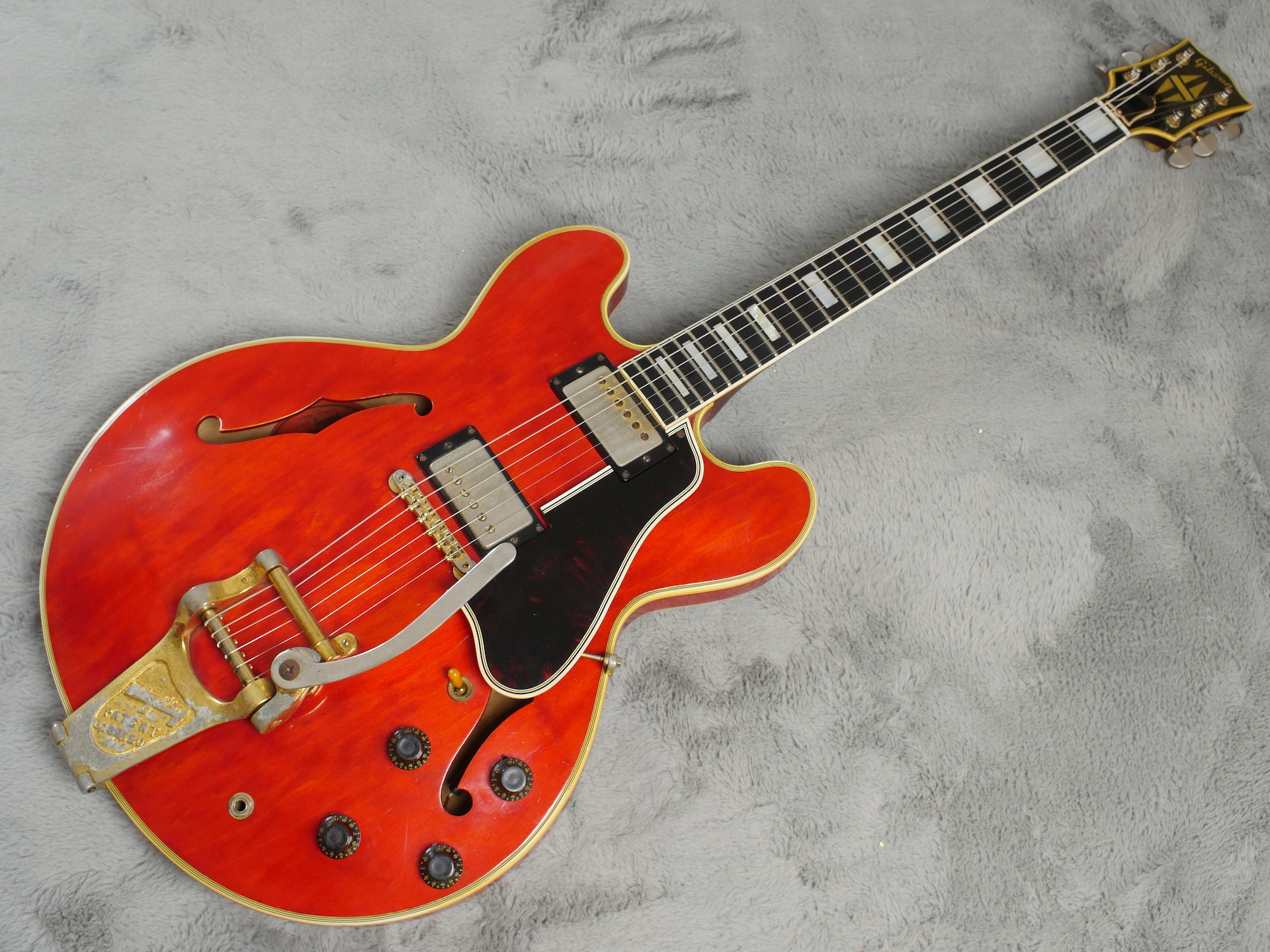 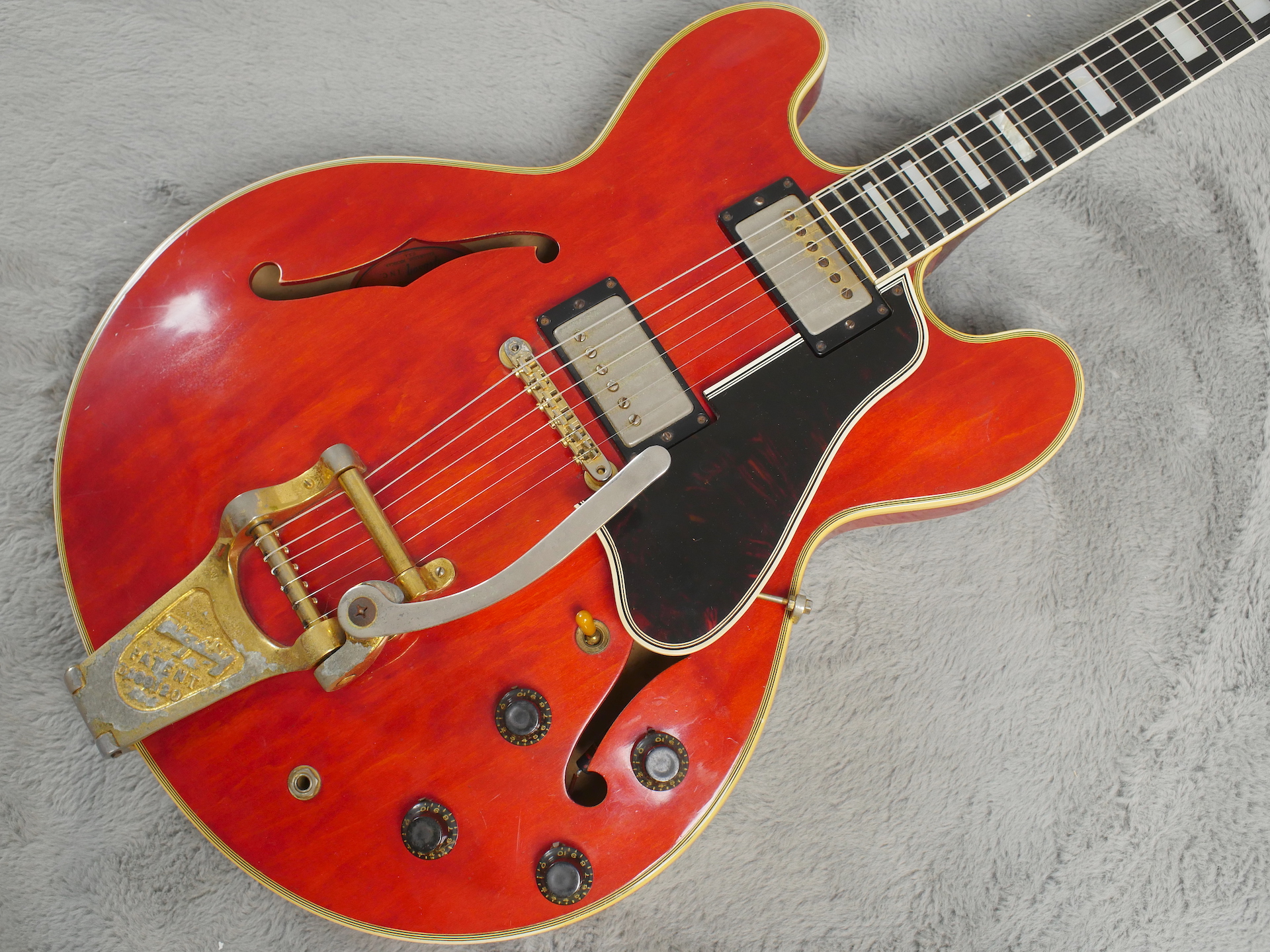 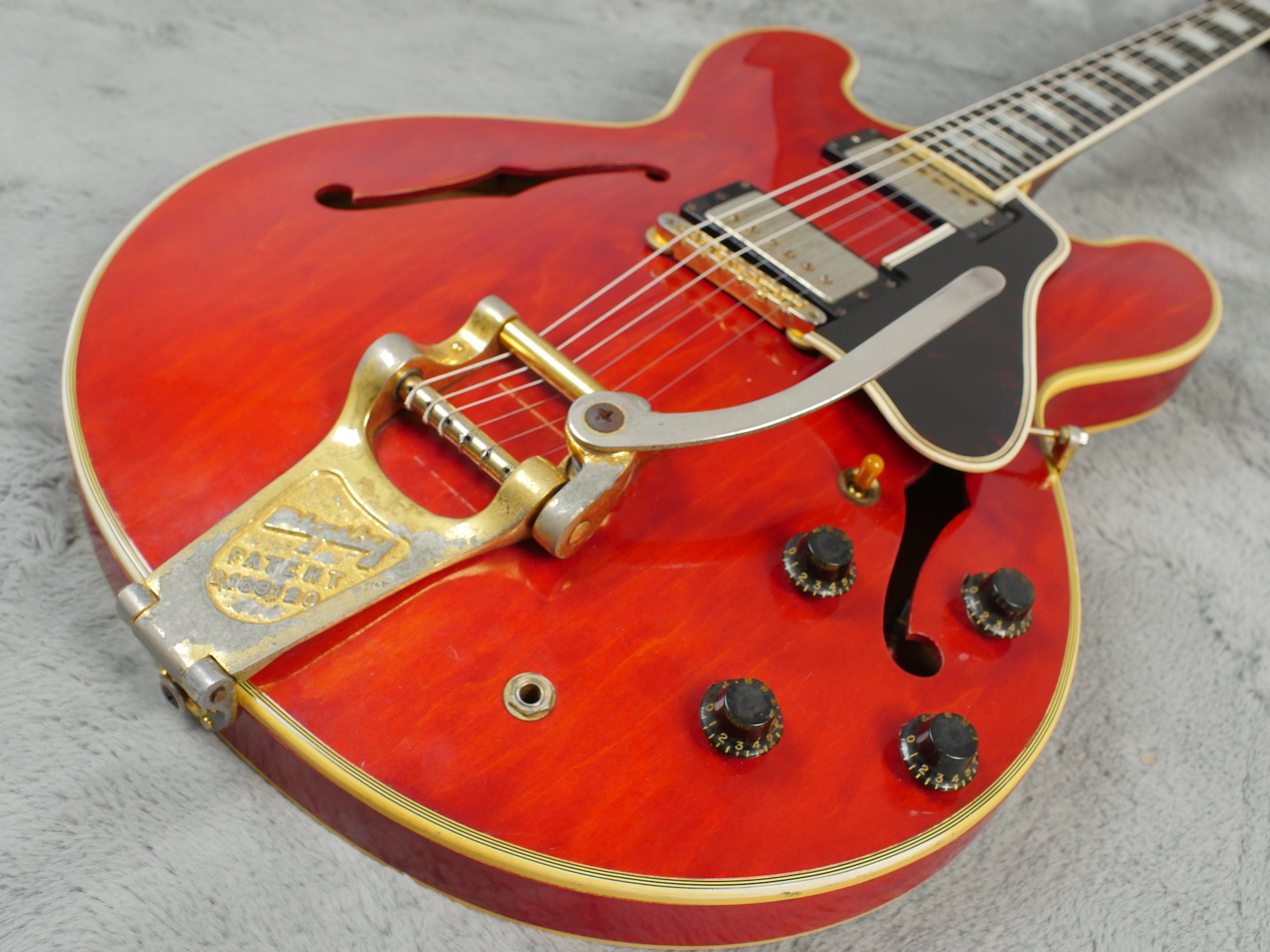 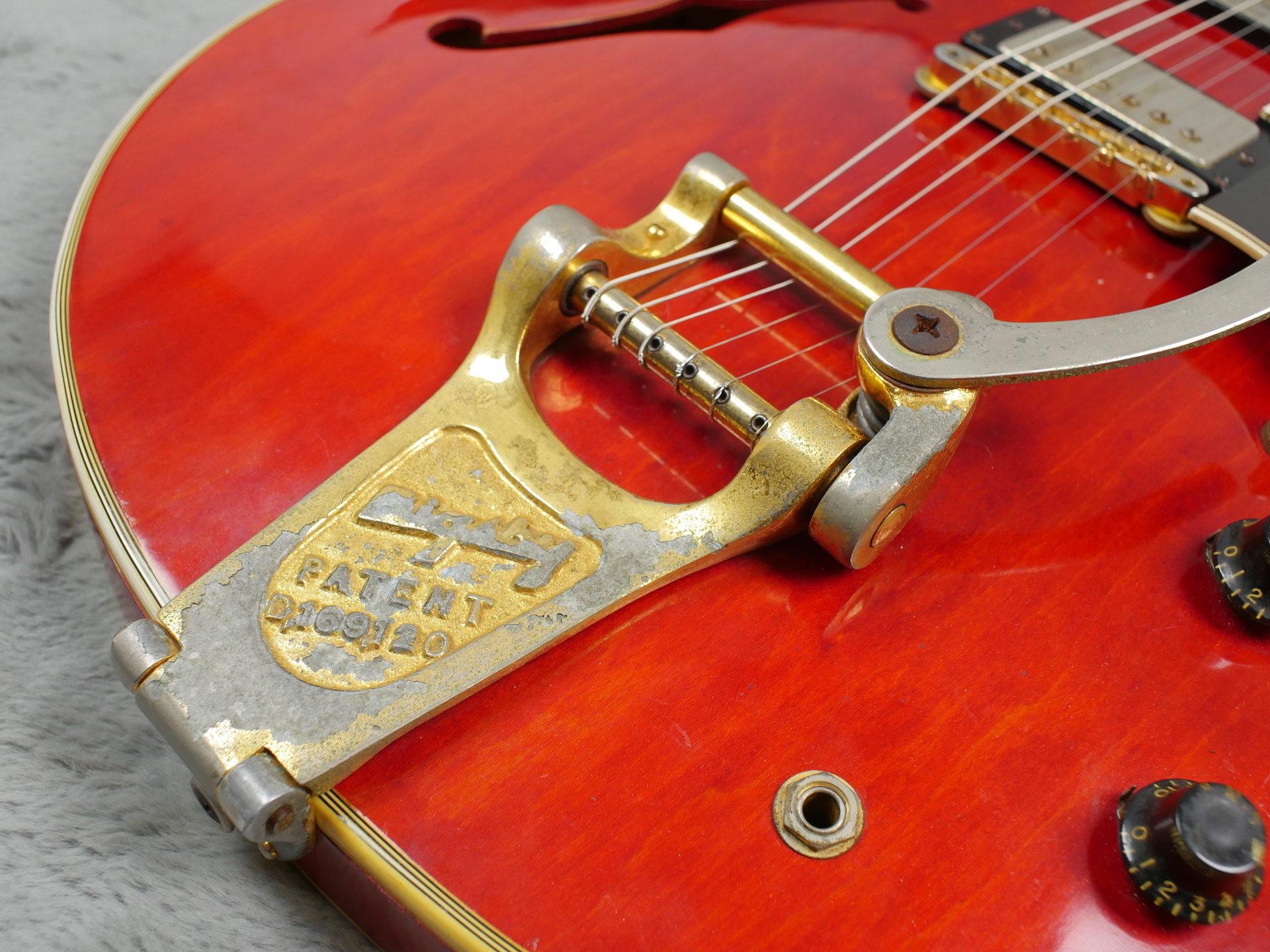 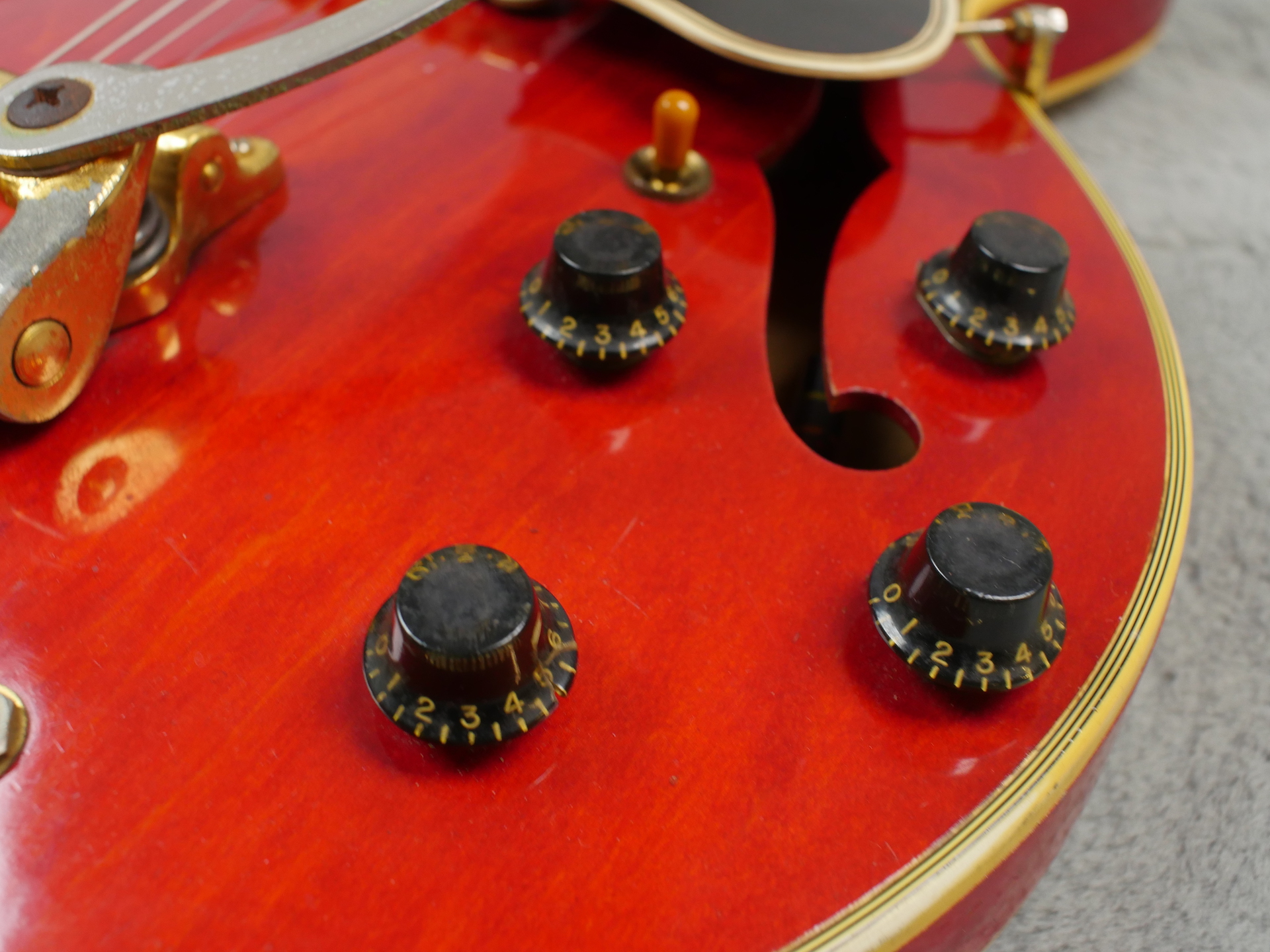 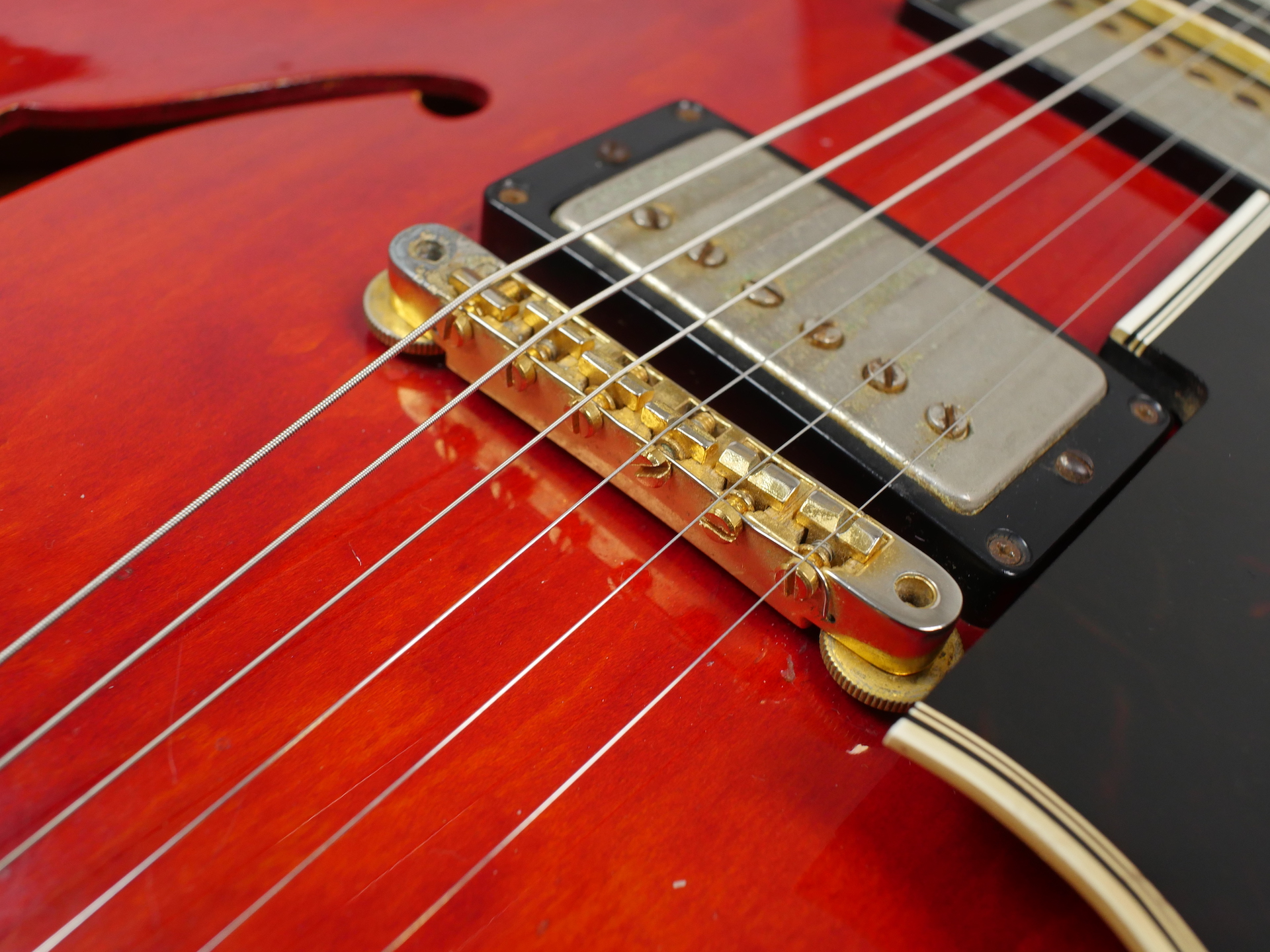 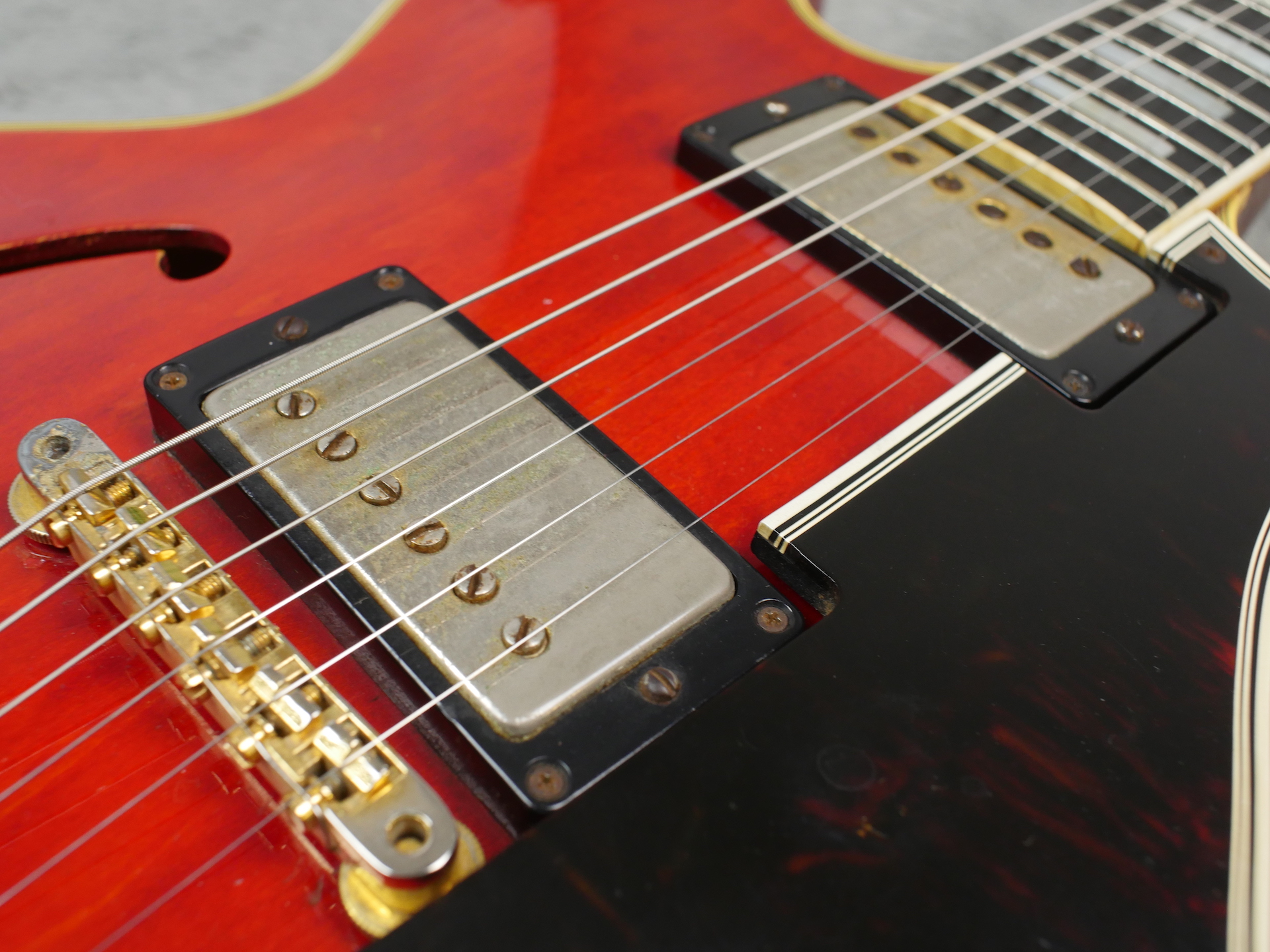 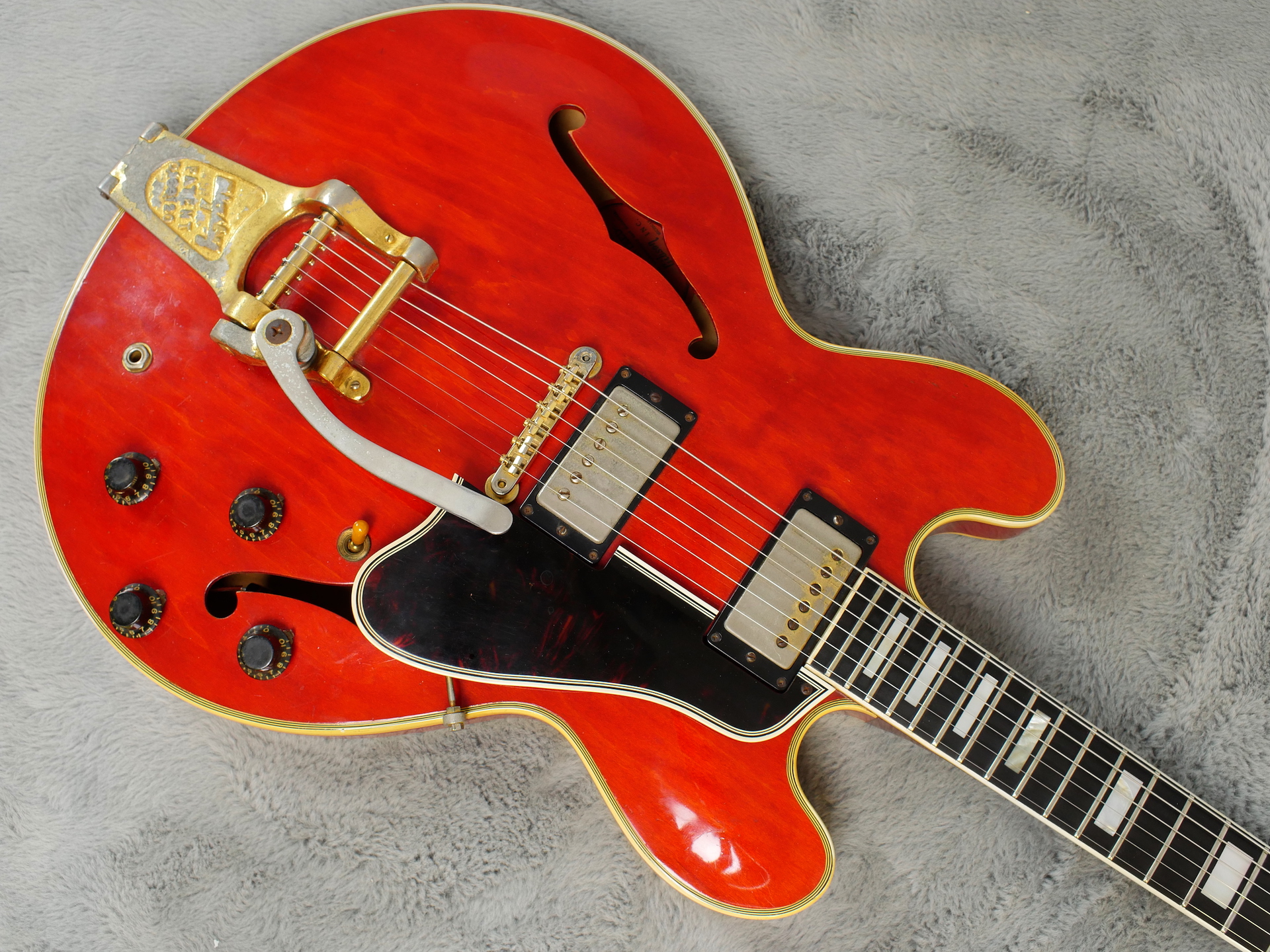 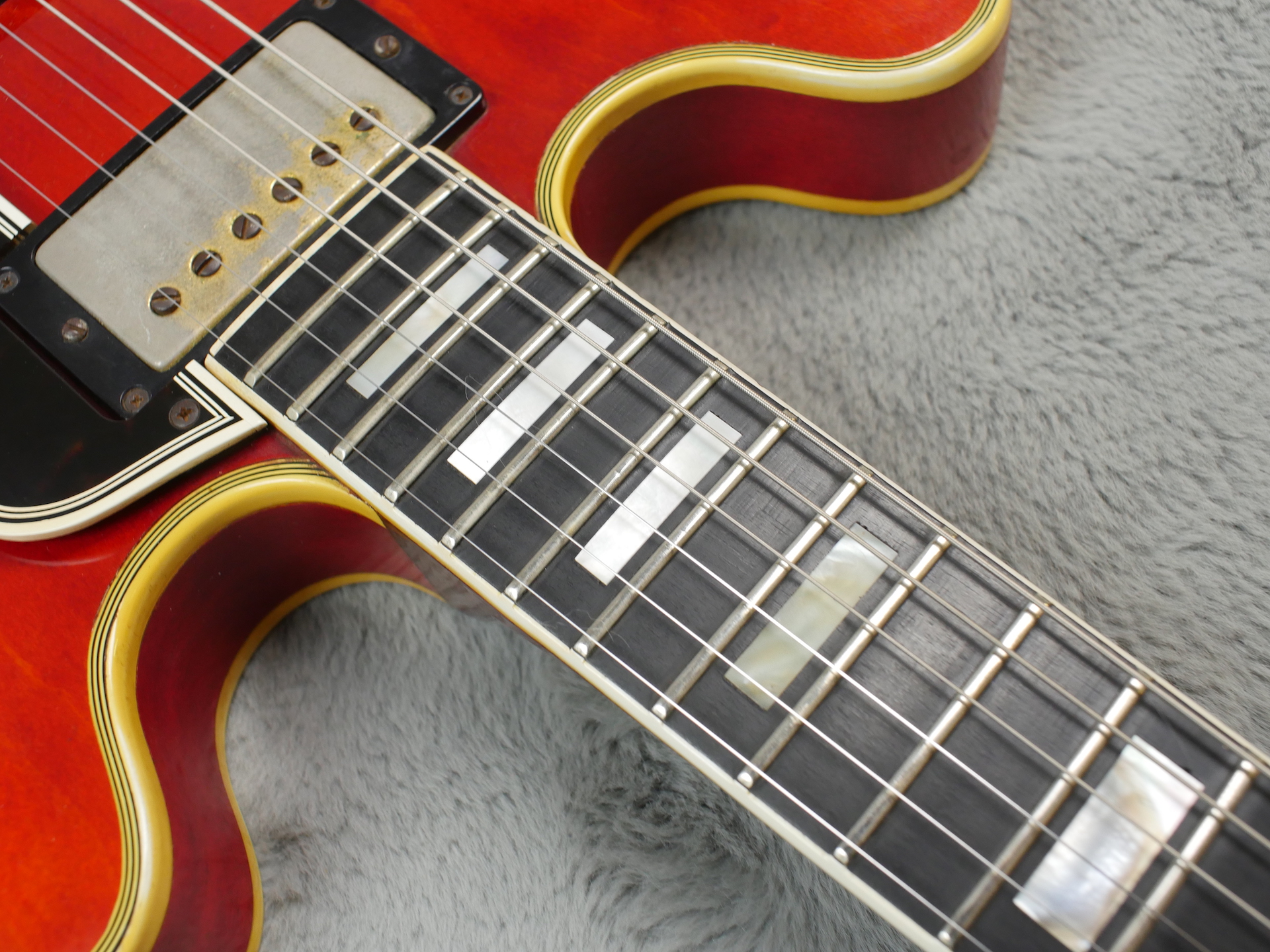 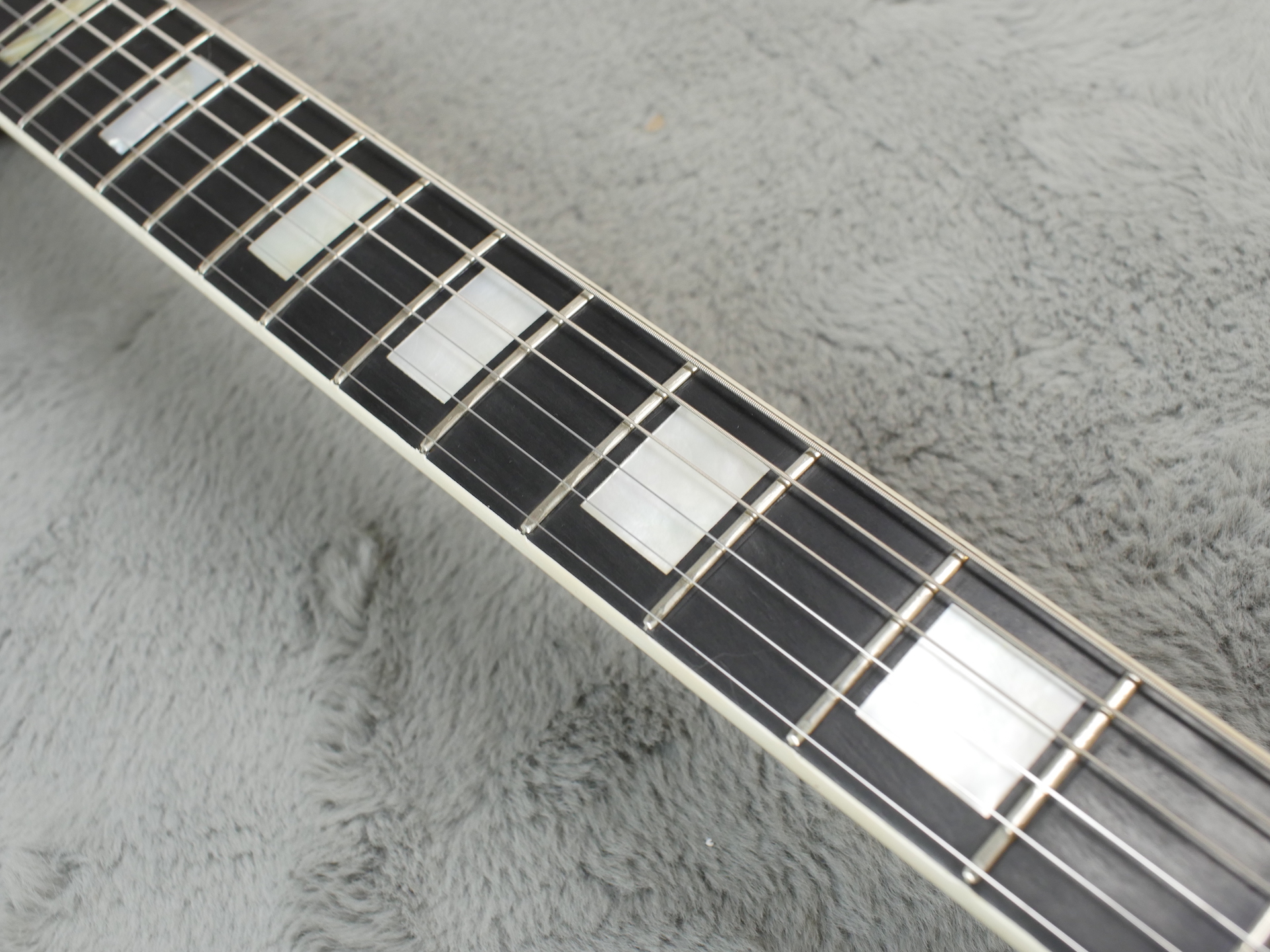 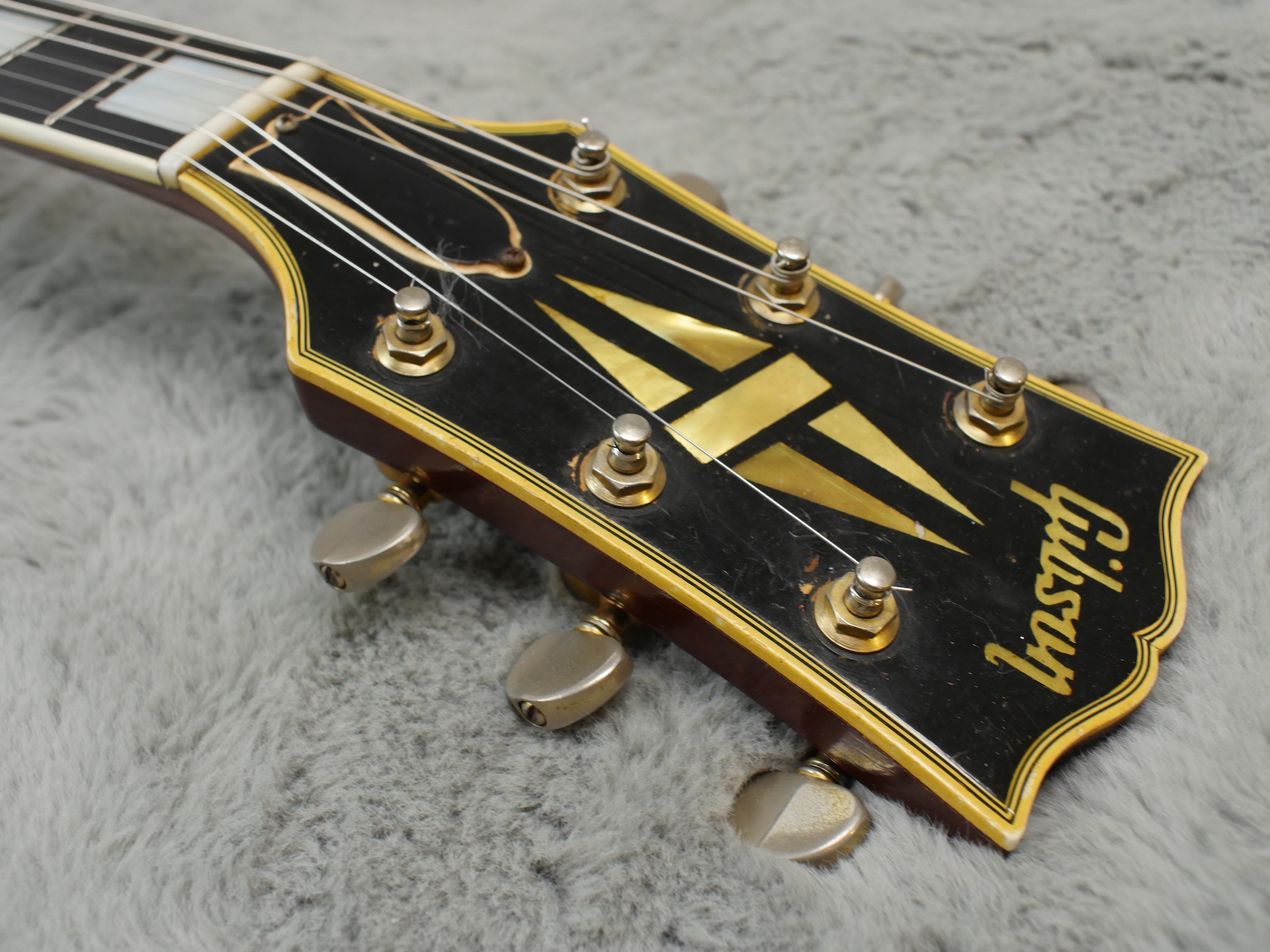 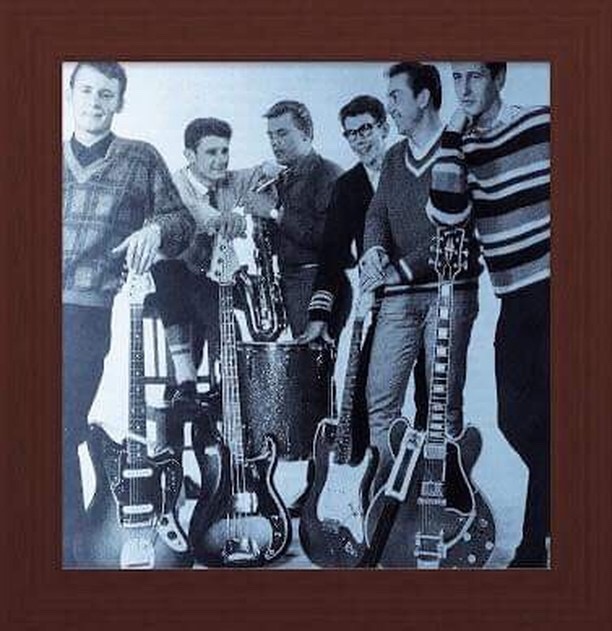 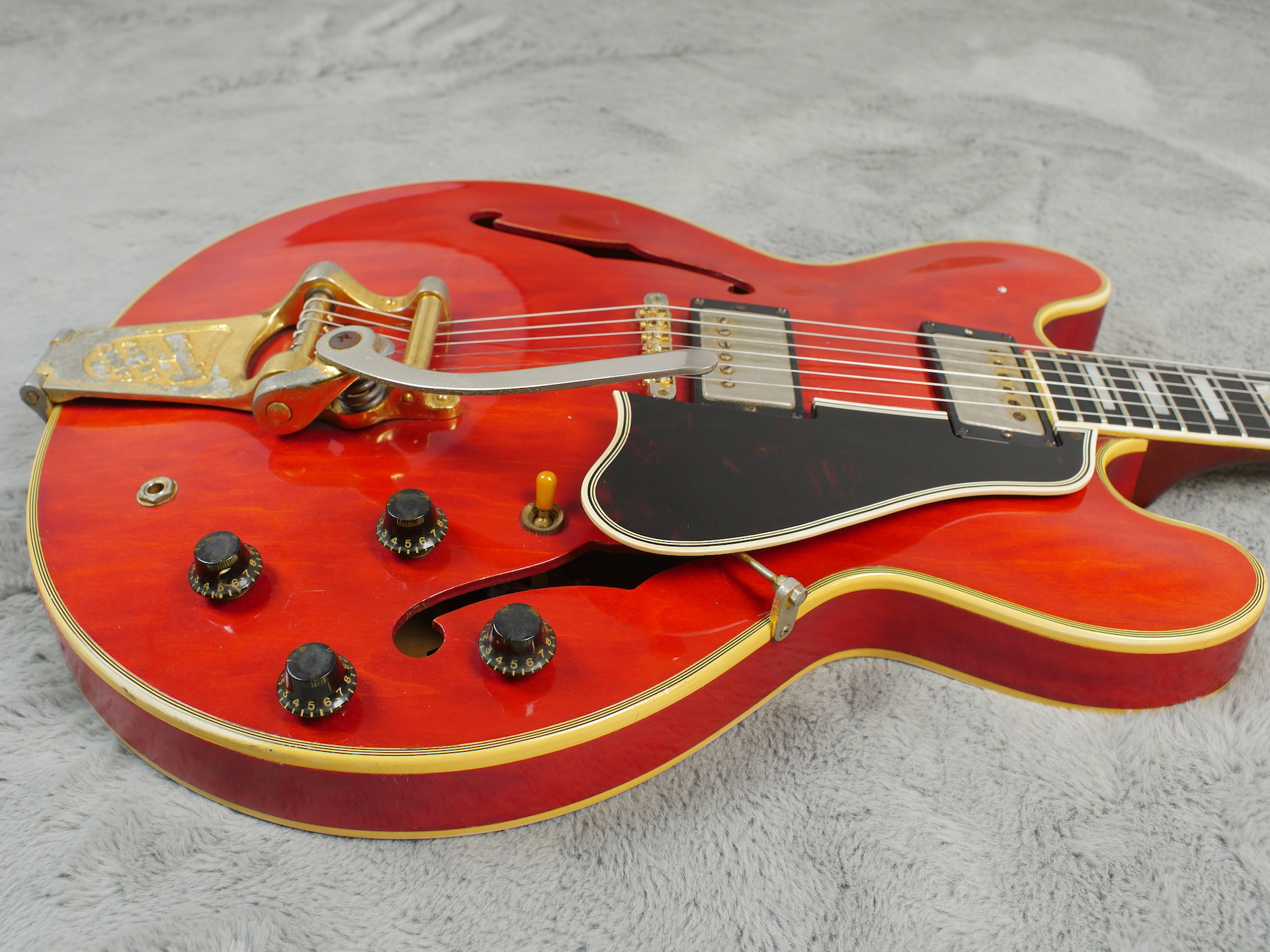 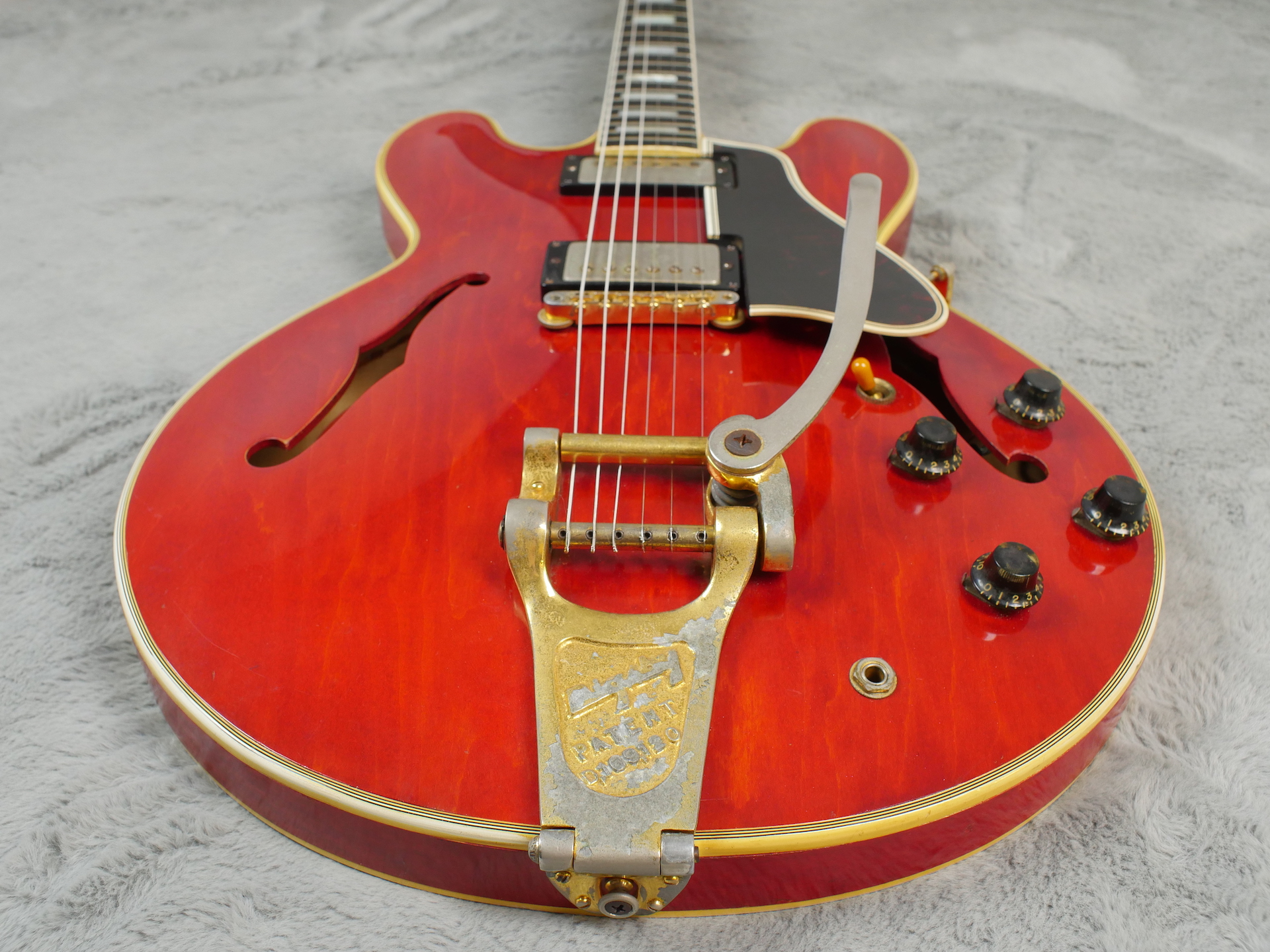 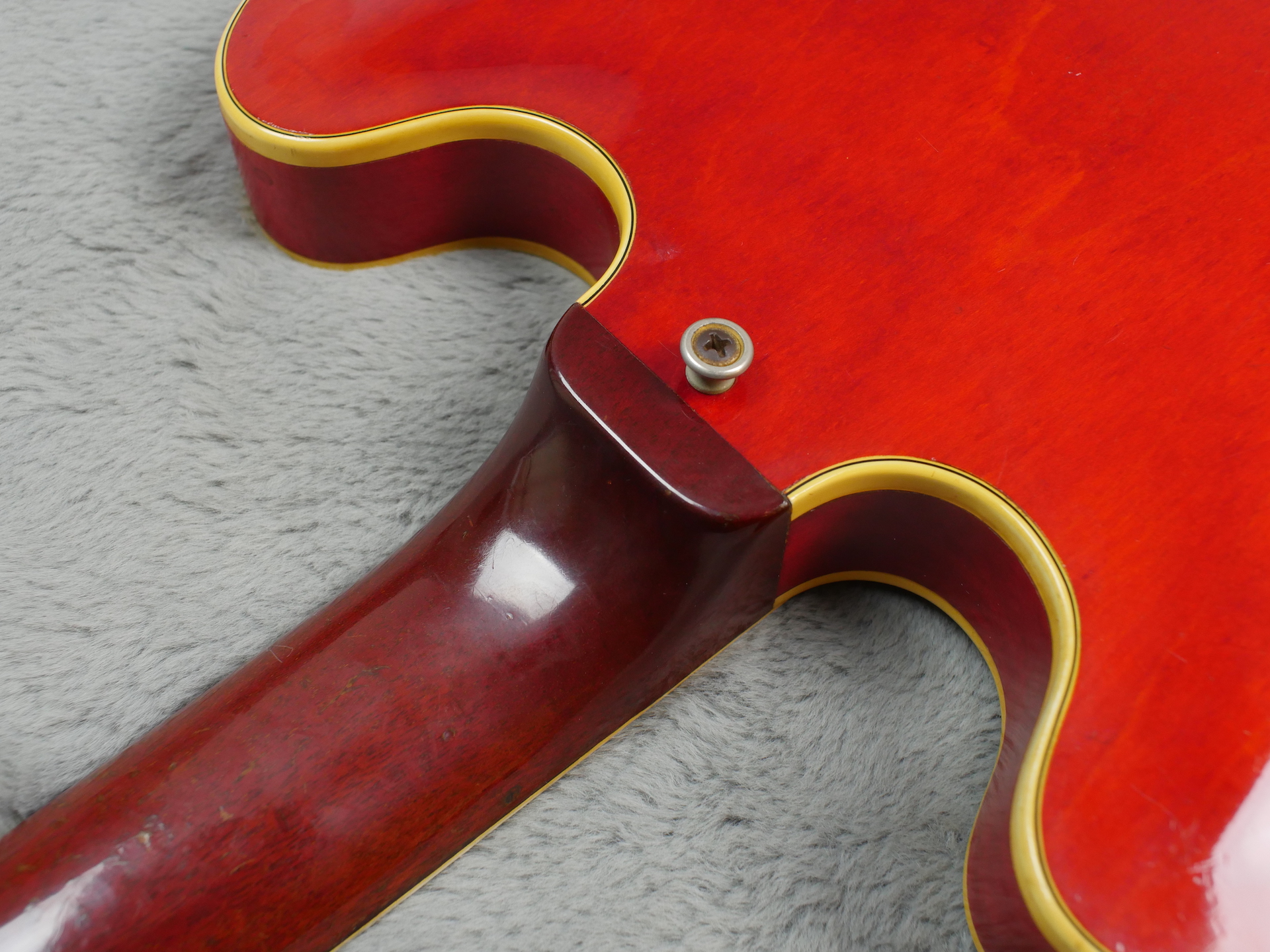 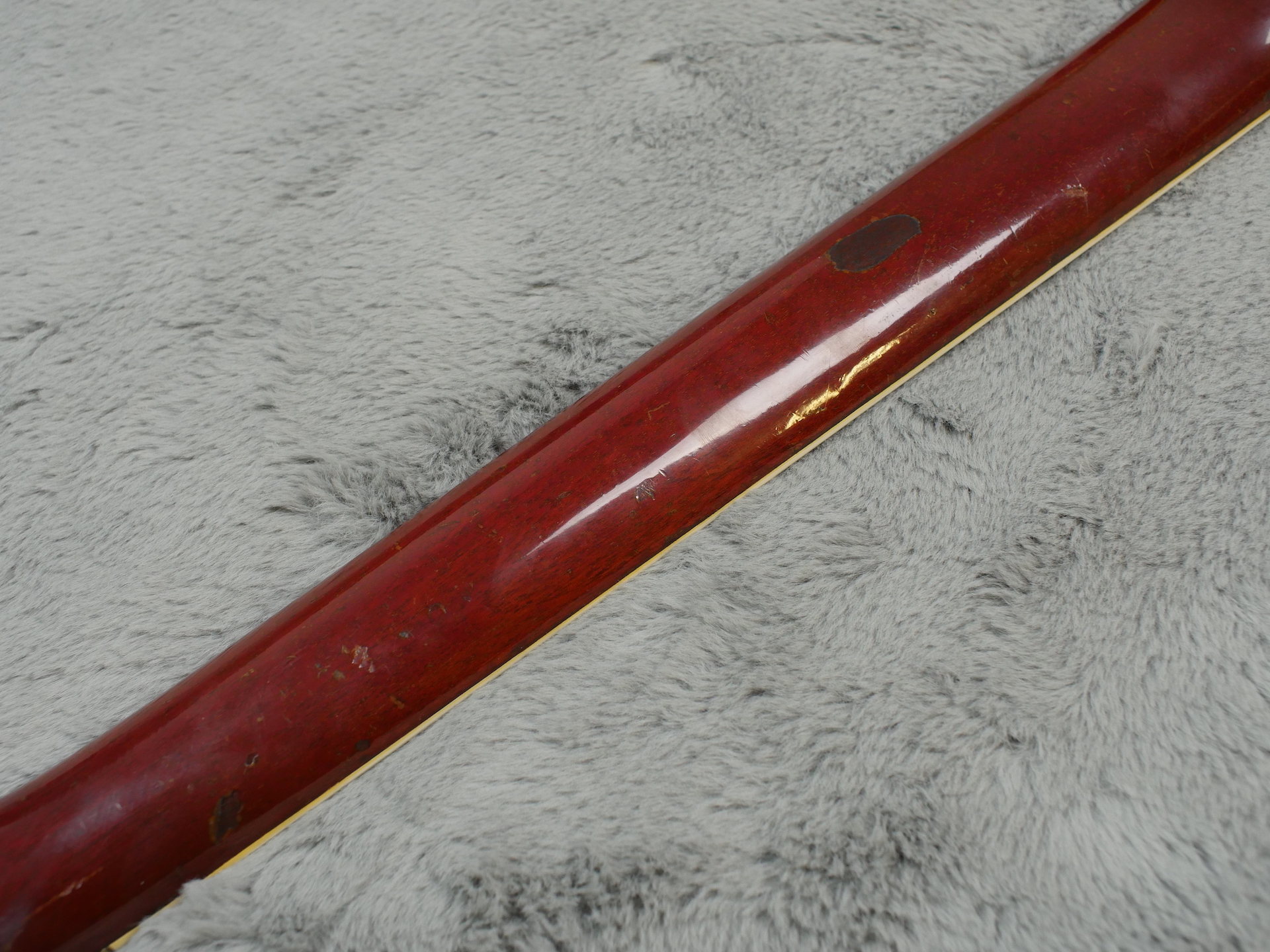 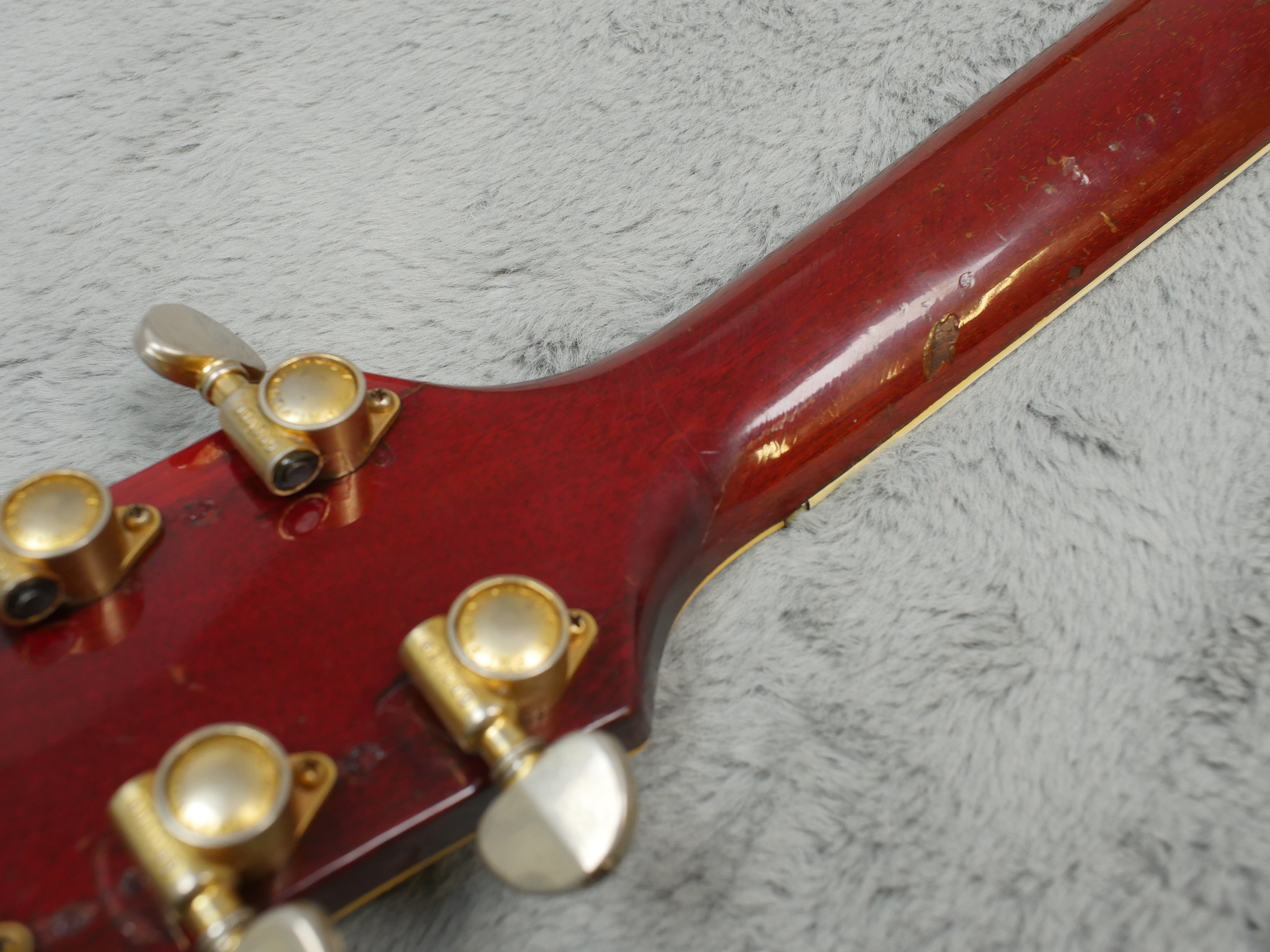 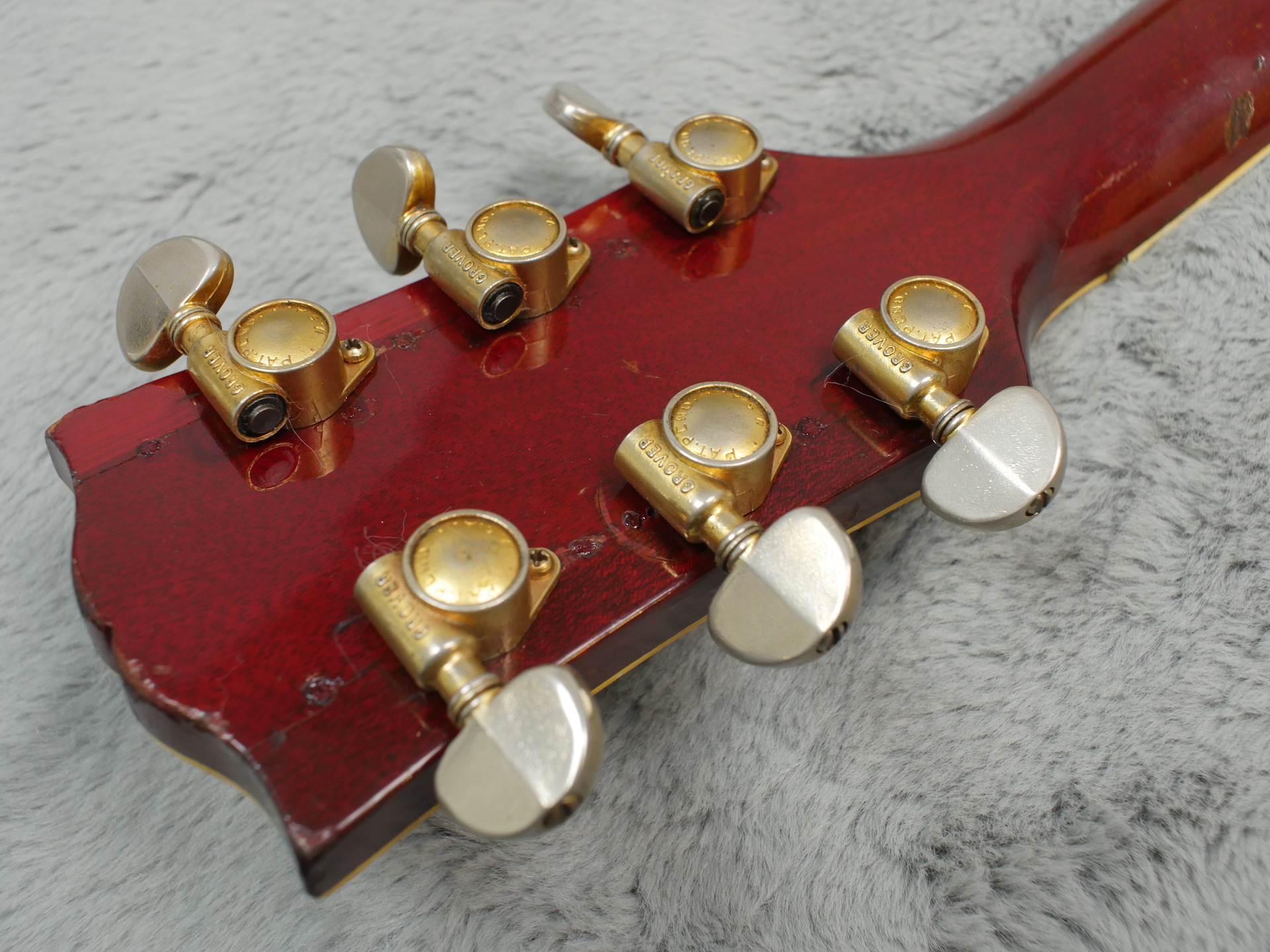 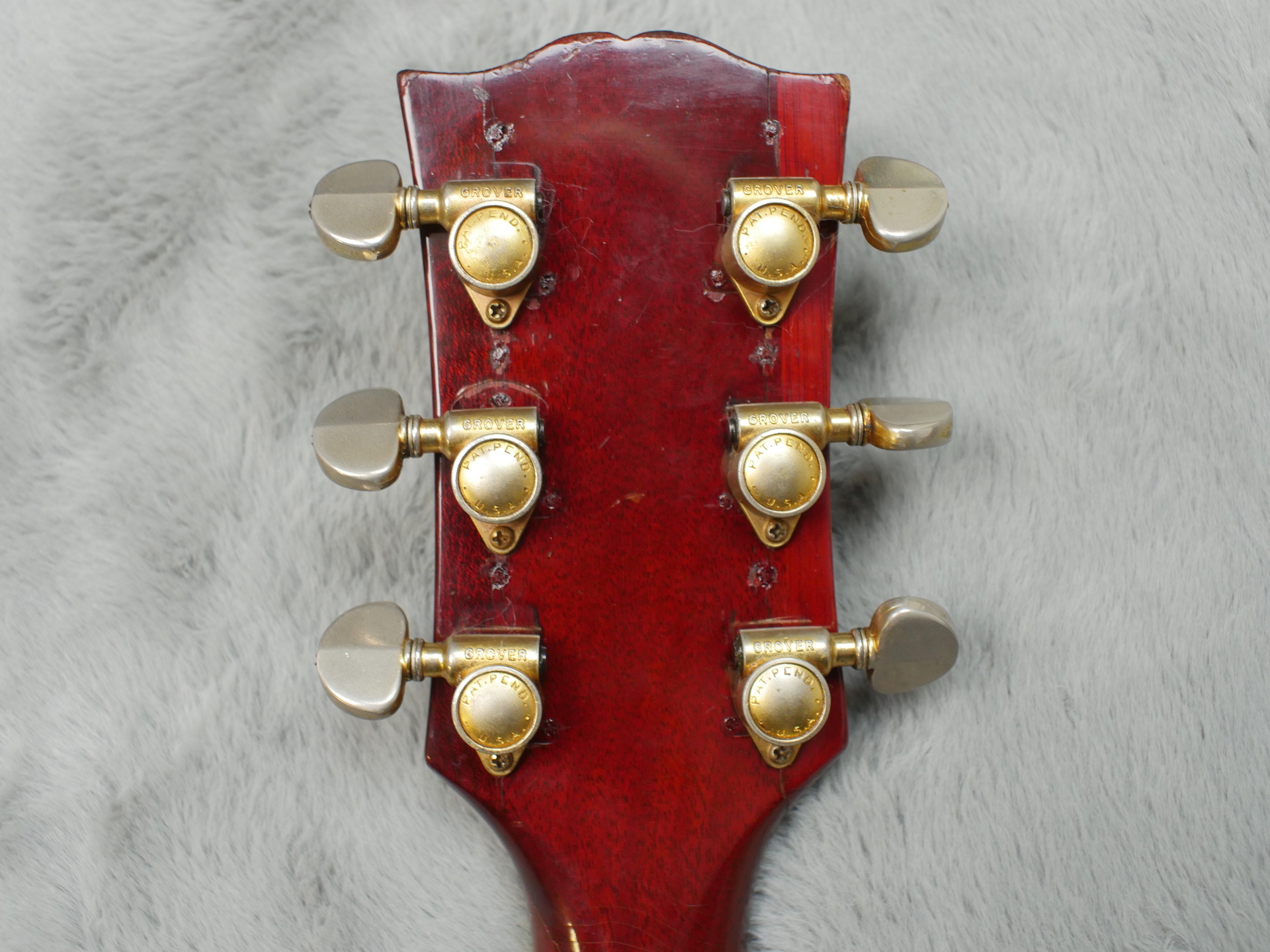 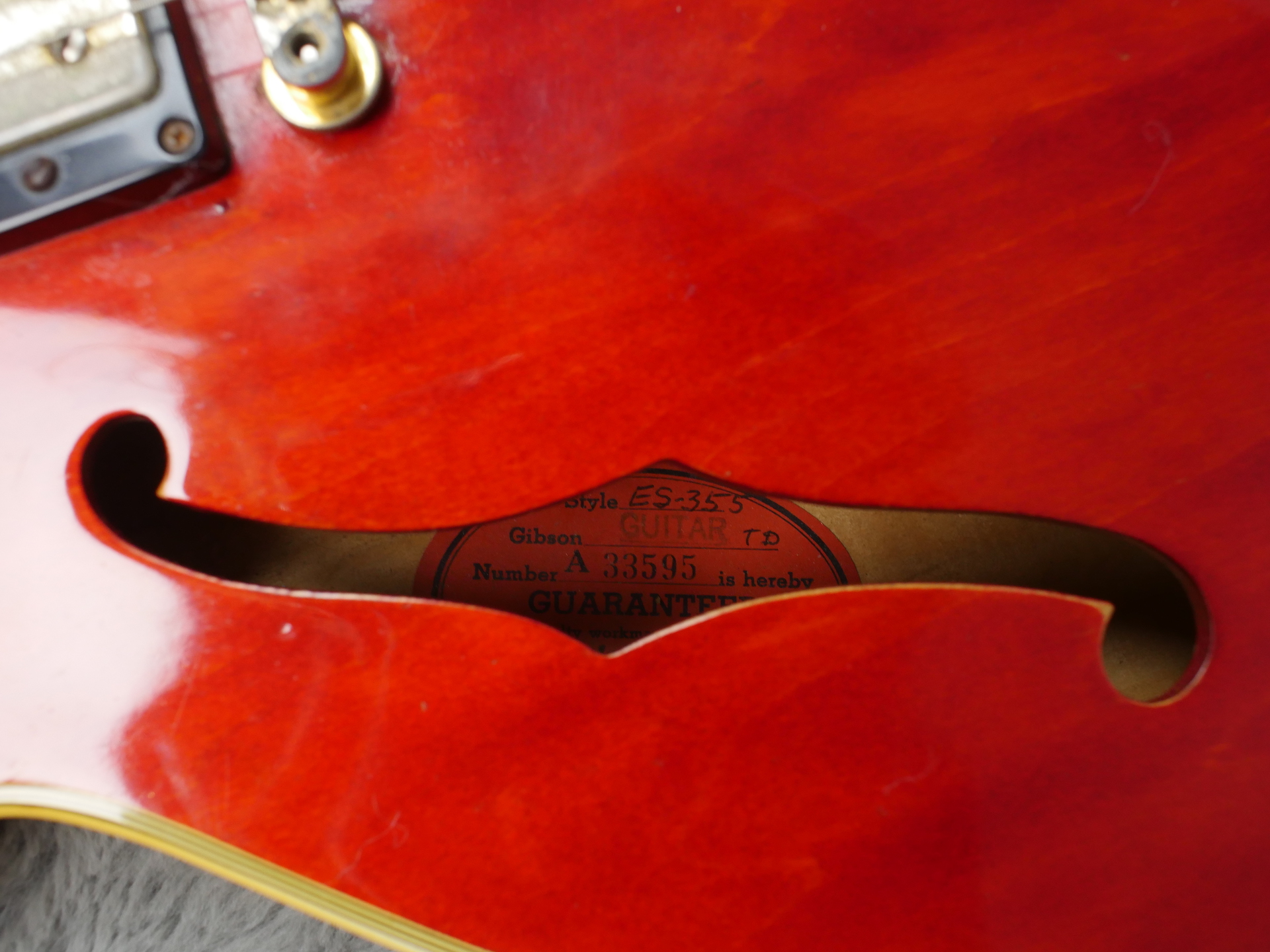