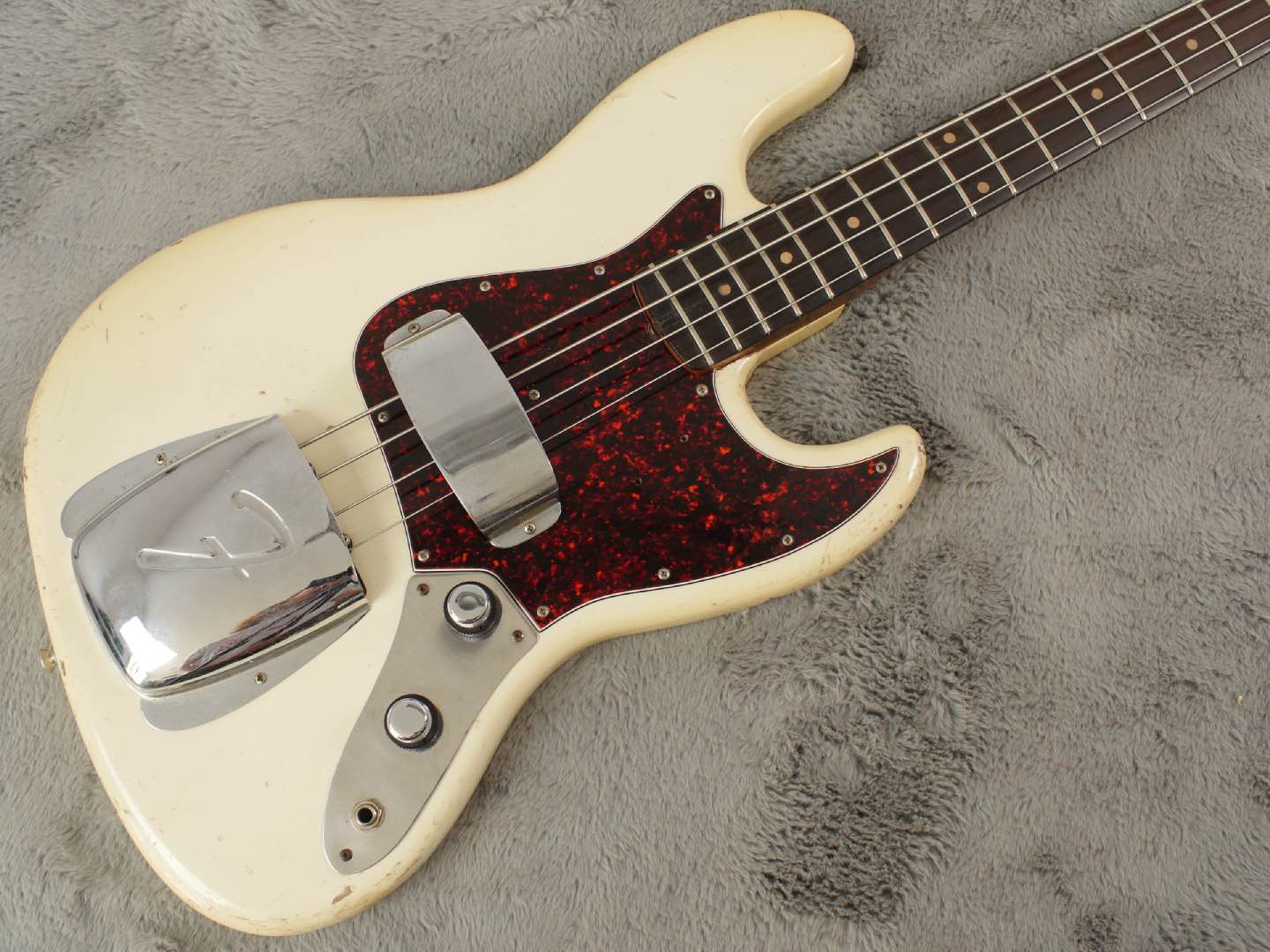 Ever fancied an original stack knob 1960 Jazz Bass in Olympic White? Well here is a very affordable one - read on...

First produced in March of 1960, the Jazz Bass was a more refined instrument compared to its big brother the Precision Bass and borrowed some style queues from the Jazzmaster, released a few years earlier. The original models were released with stacked pole pots which gave the user control over volume and tone for each pickup individually, soon to be dropped for the more familiar three knob configuration.

This bass certainly looks the part. We can’t really tell the age of this refinish but it has certainly been used and as such has the right look to match the finish on the neck, the back of which has the original, albeit very worn finish.

The neck, dated August 1960 making it an early example, has only been refinished on the face of the headstock. There is evidence of old embedded rhinestones or similar here too which could be the reason for refinishing this face as Fender didn’t introduce matching headstocks until 1962. The tuners aren’t original. The finish on the back of the headstock and the rest of the neck is original. This has worn, as you might imagine, into a smooth playing surface. The fretboard is in good shape. There was a little damage too the fretboard around the truss rod which was tidied up. The truss rod works fine even though it hasn’t had the easier of lives! The frets look to be correct and still have life left in them.

The control plate, knobs, covers and pick guard are reproductions but the bridge is correct and the pots date from the 90’s.

Electronically there has been some tidying up. When the bass arrived with us it had been rewired with incorrect plastic covered wire throughout including the hook up to the pickups. The pots had been replaced in the late 90’s but the original resistors and capacitors had been retained. The pickups are correct and do not seem to have been rewound. The wiring has been corrected using cloth covered cable.

Sonically, this bass really delivers. The neck is very comfortable and both pickups deliver a wonderfully smooth tone with the controls interacting to produce a wide timbral palette.

This bass may not be in its original state but sometimes we need these breaks to get close to the sound we’re hearing in our heads. Its a lot of bass for the money! 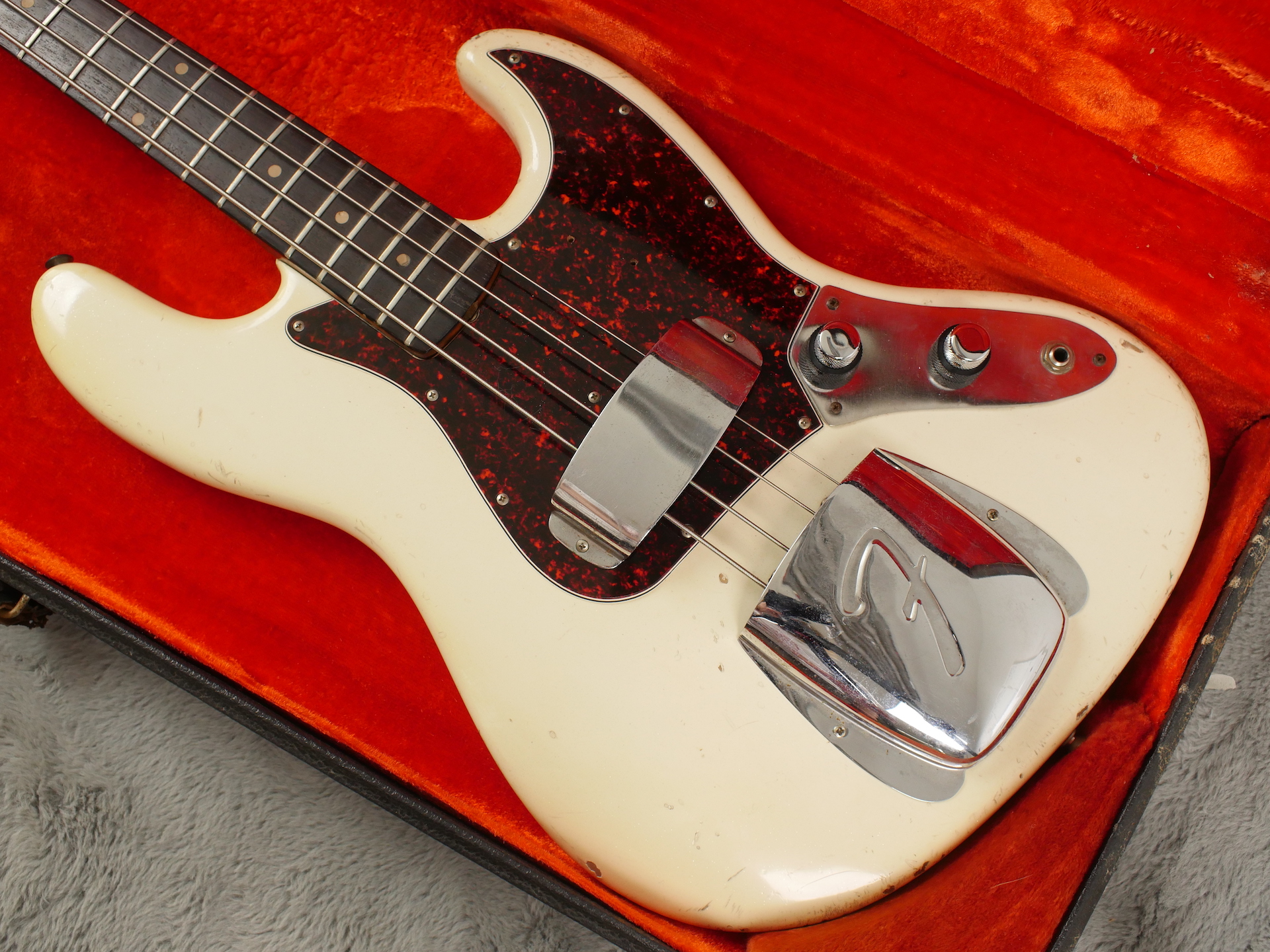 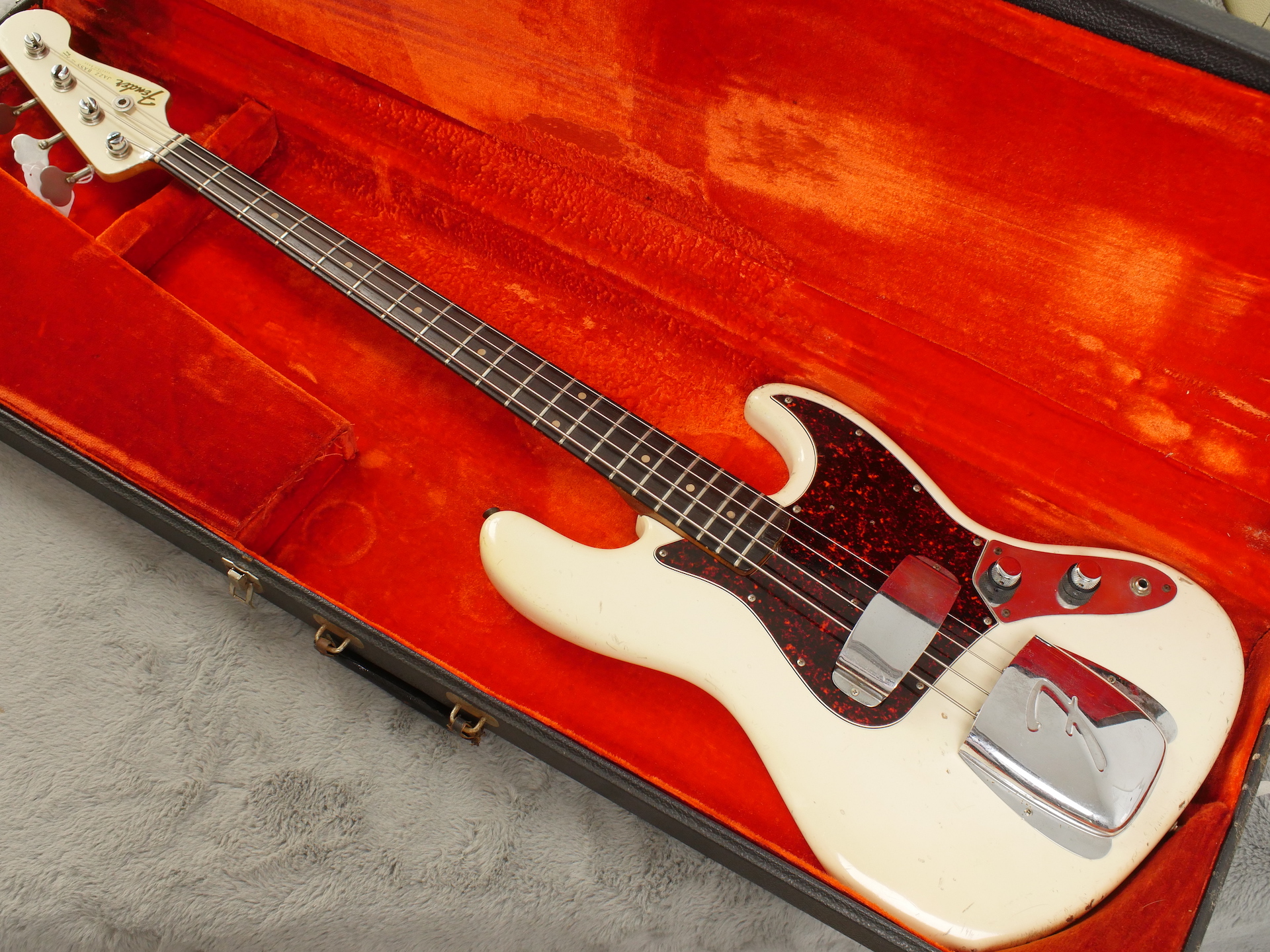 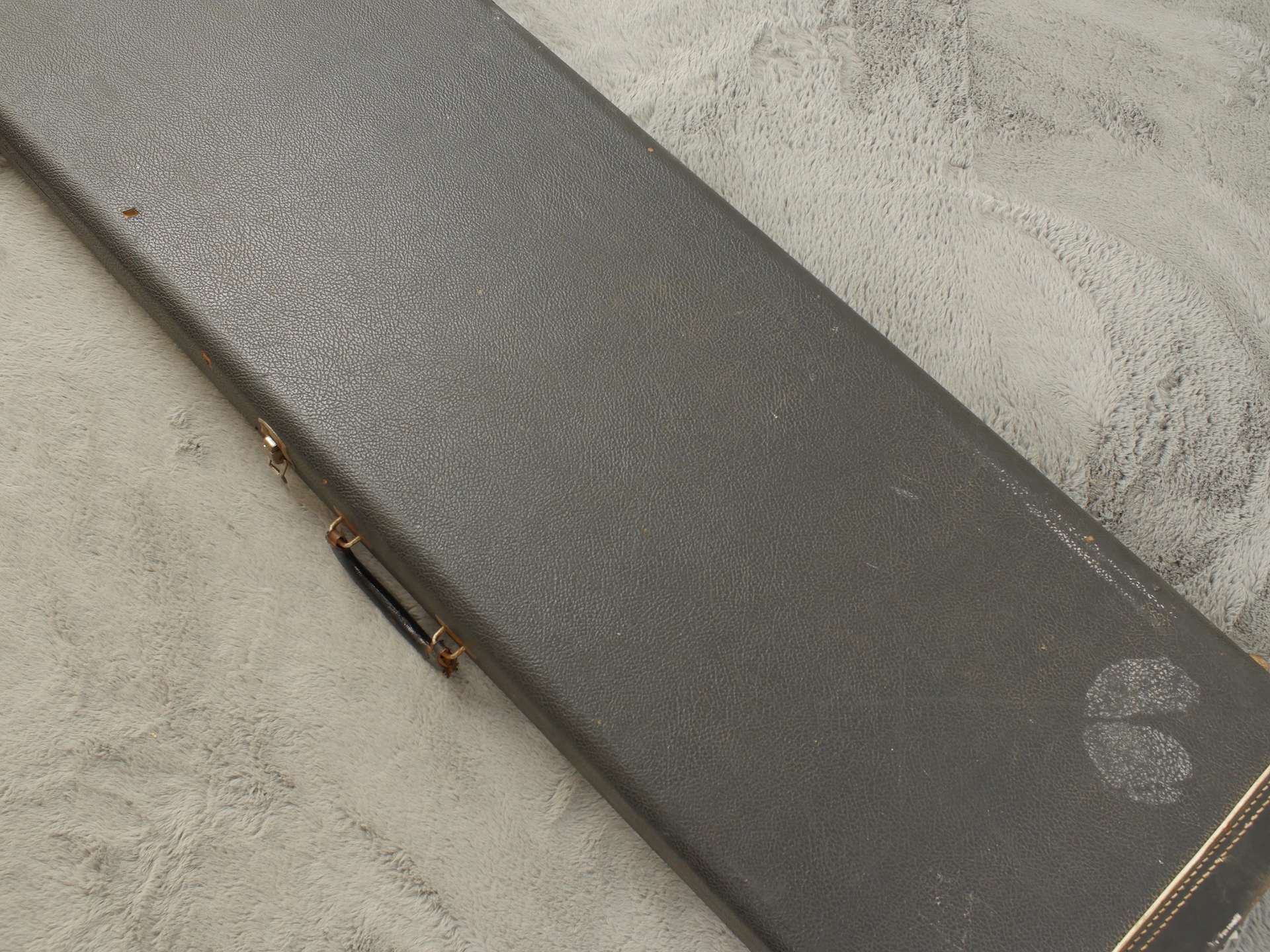 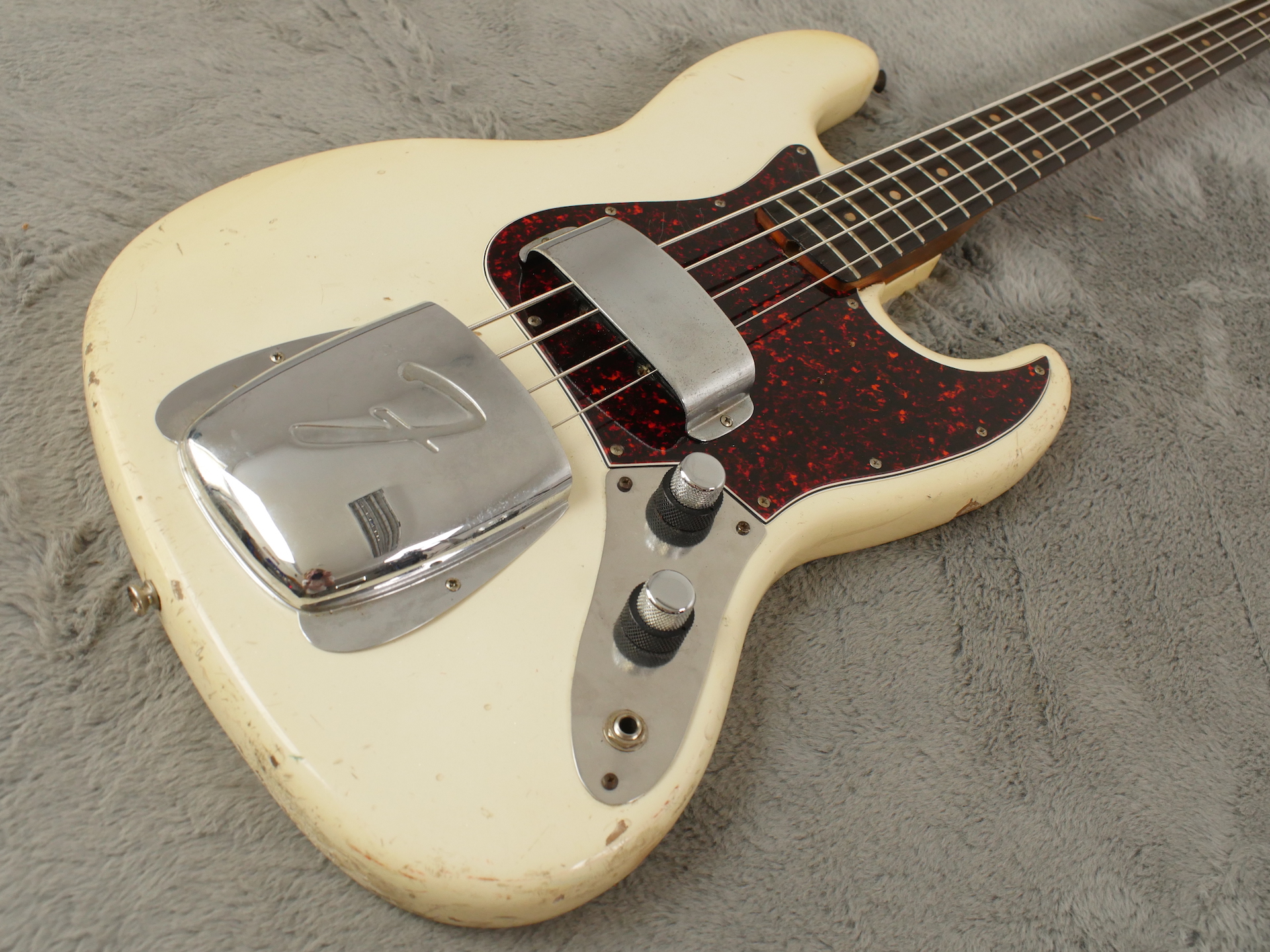 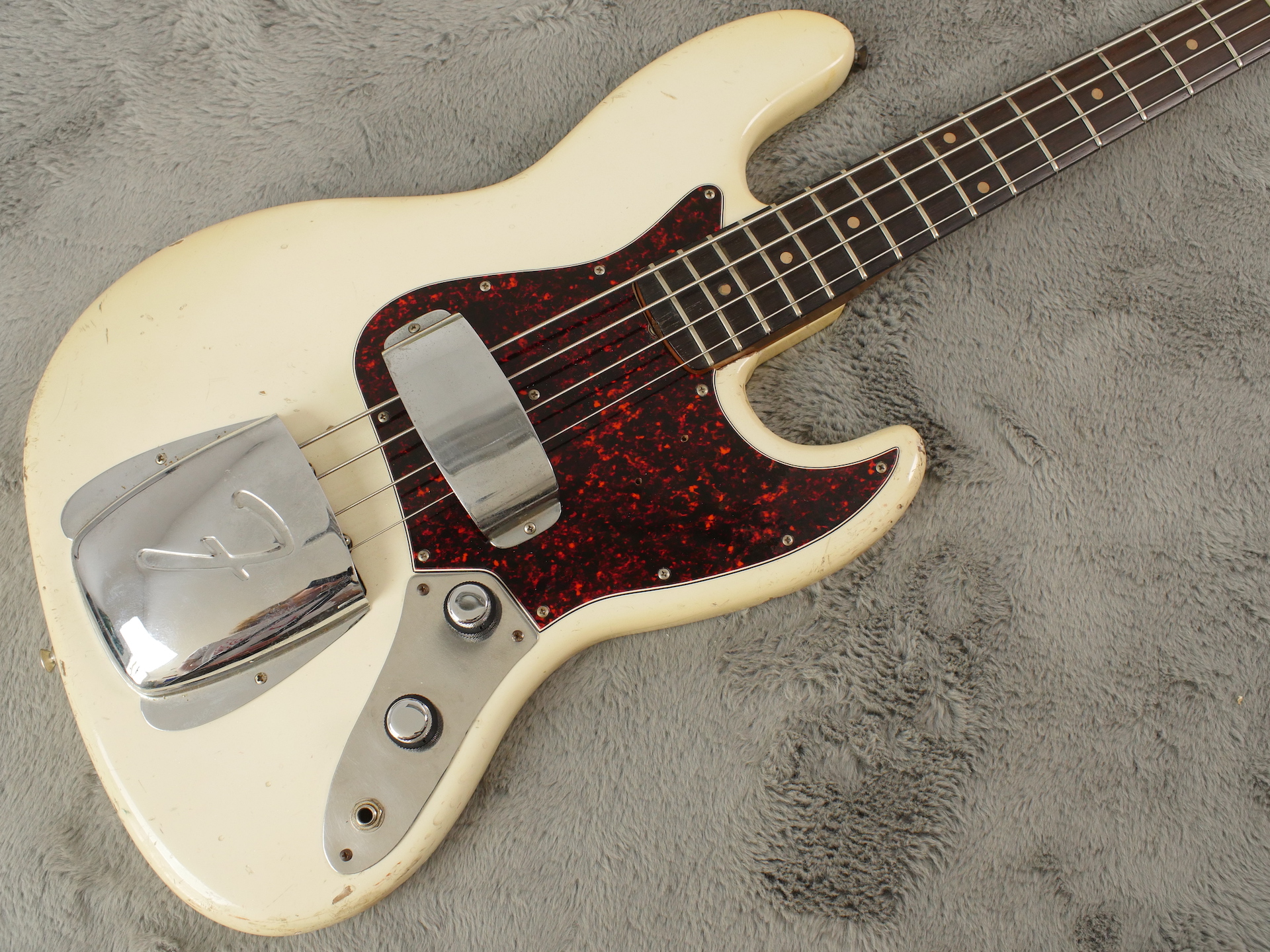 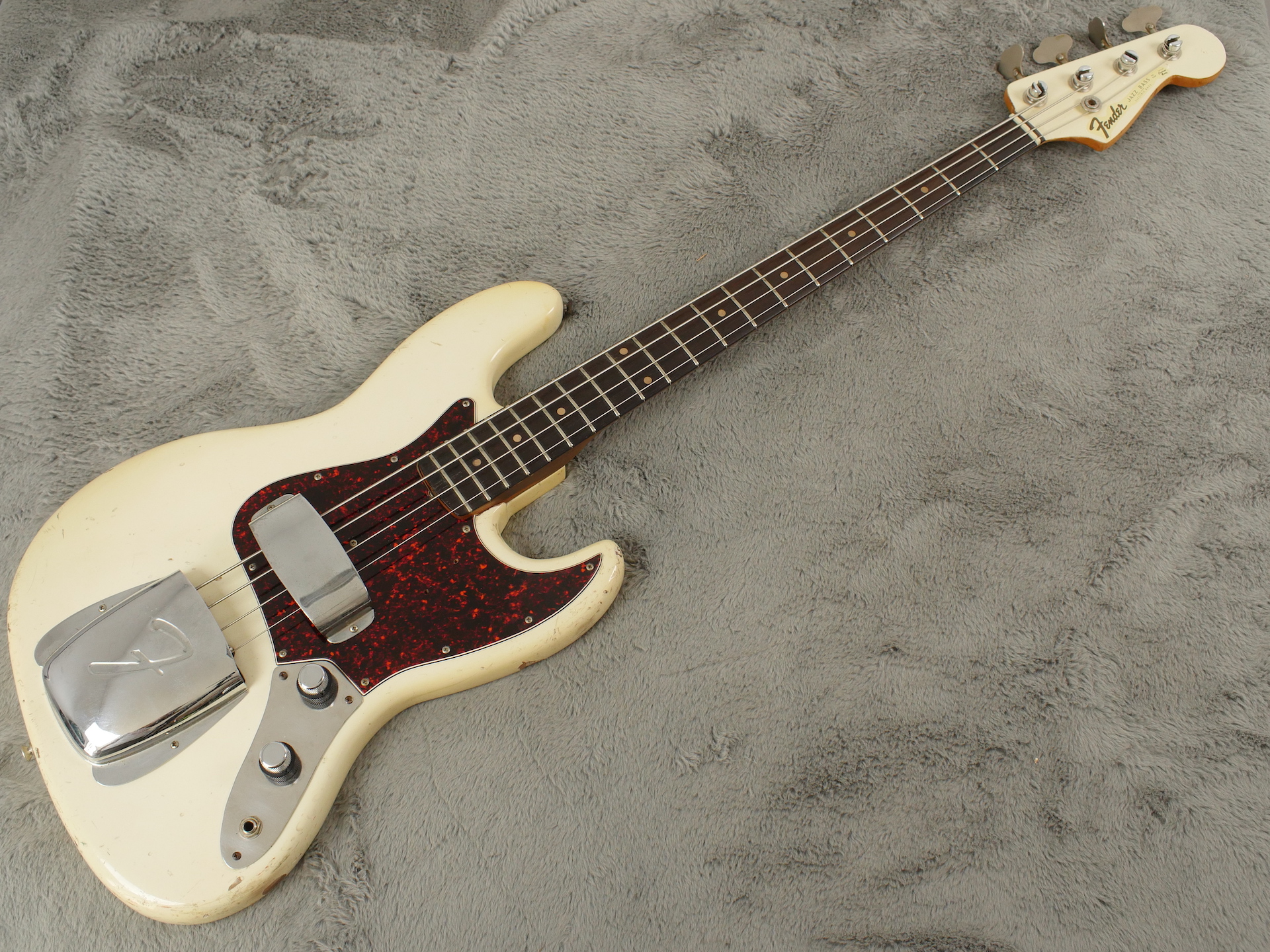 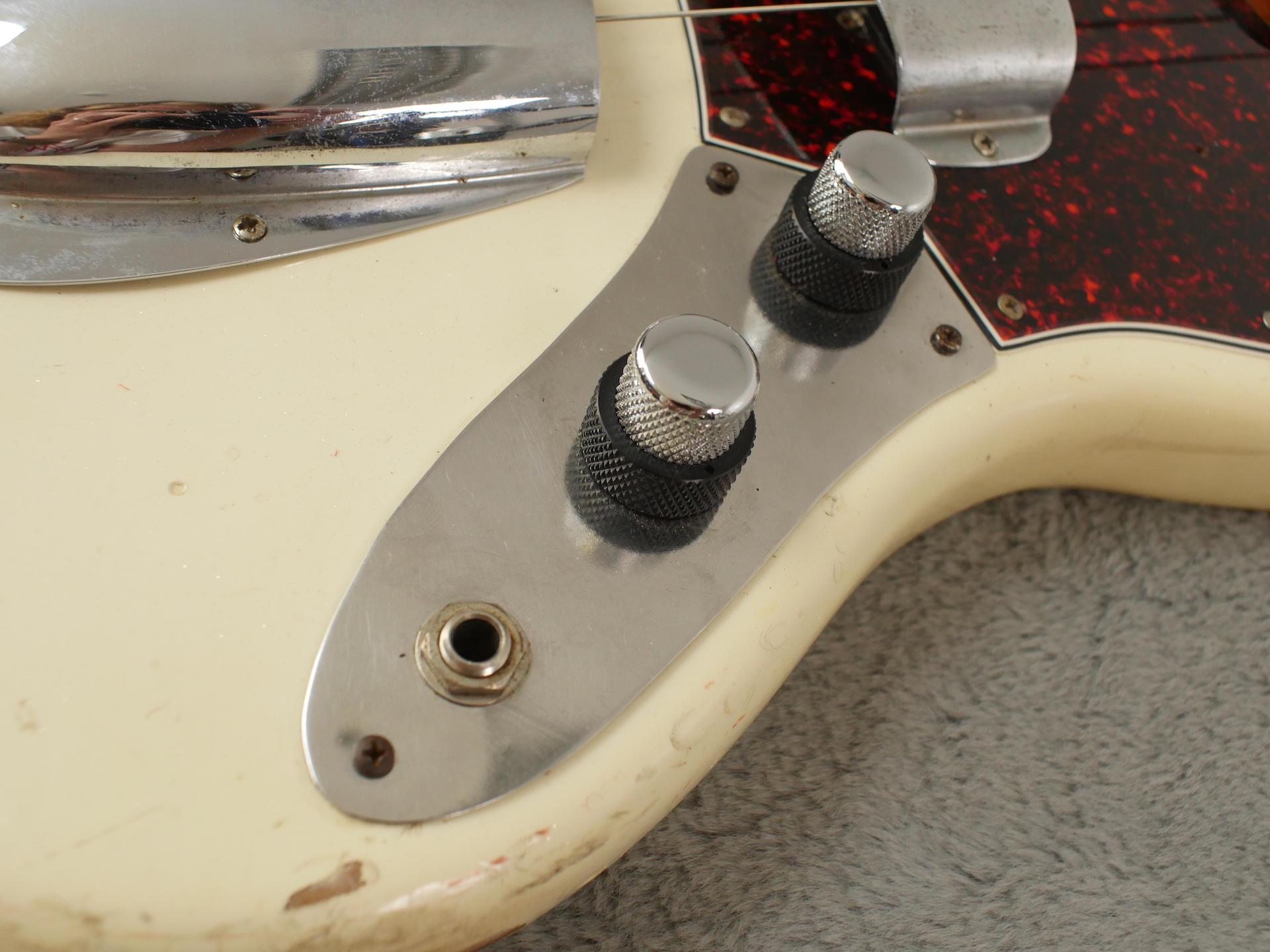 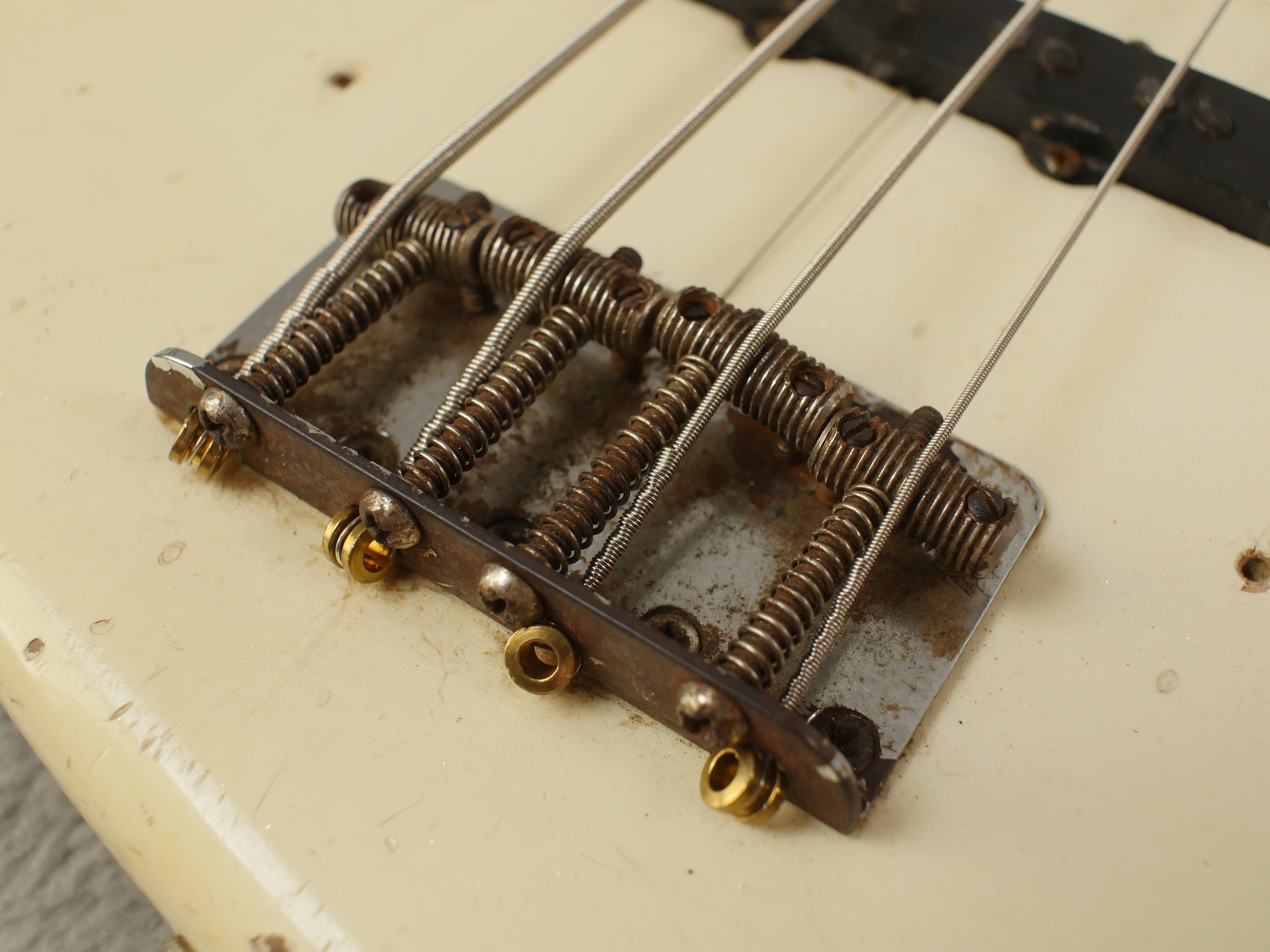 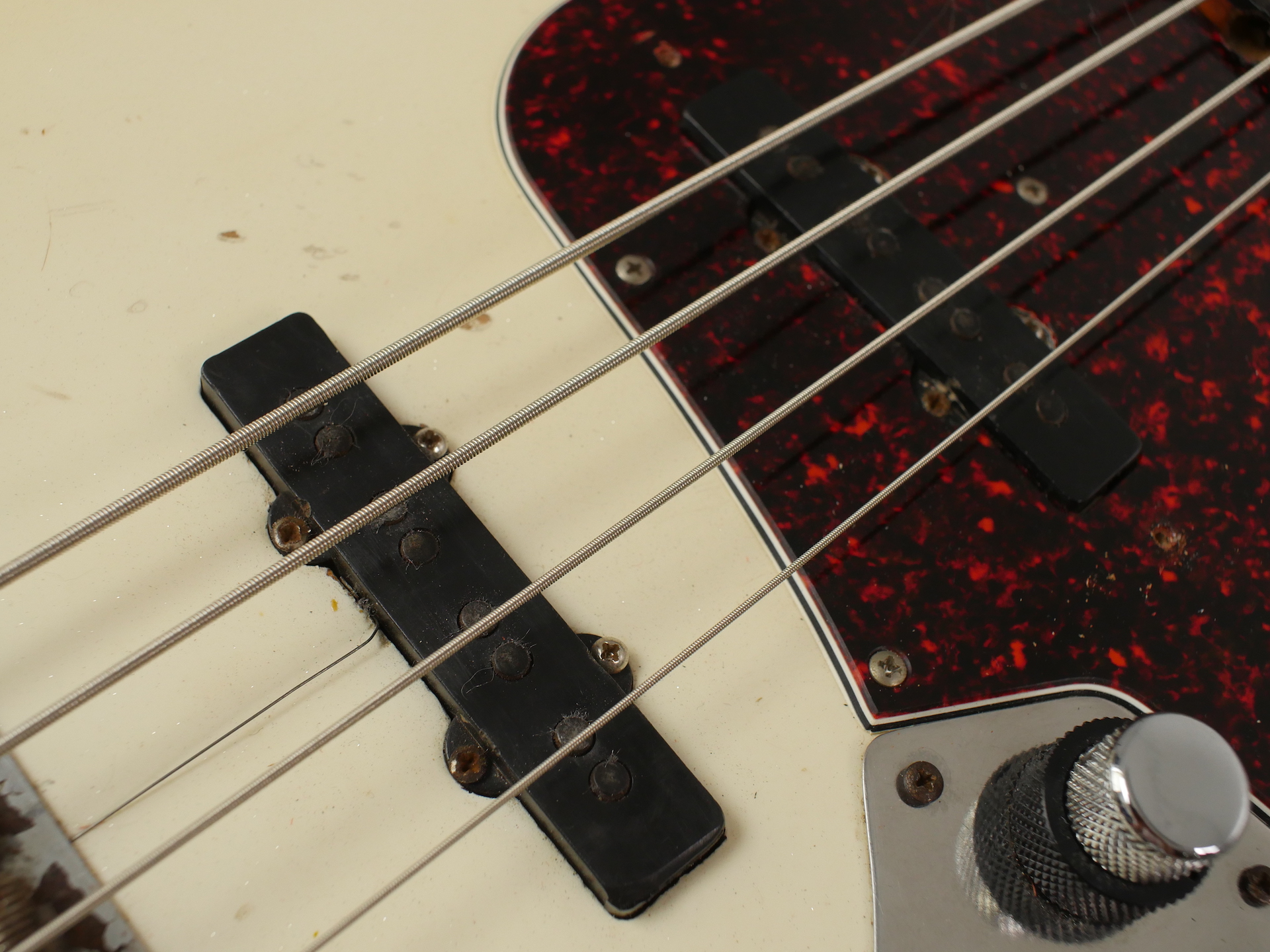 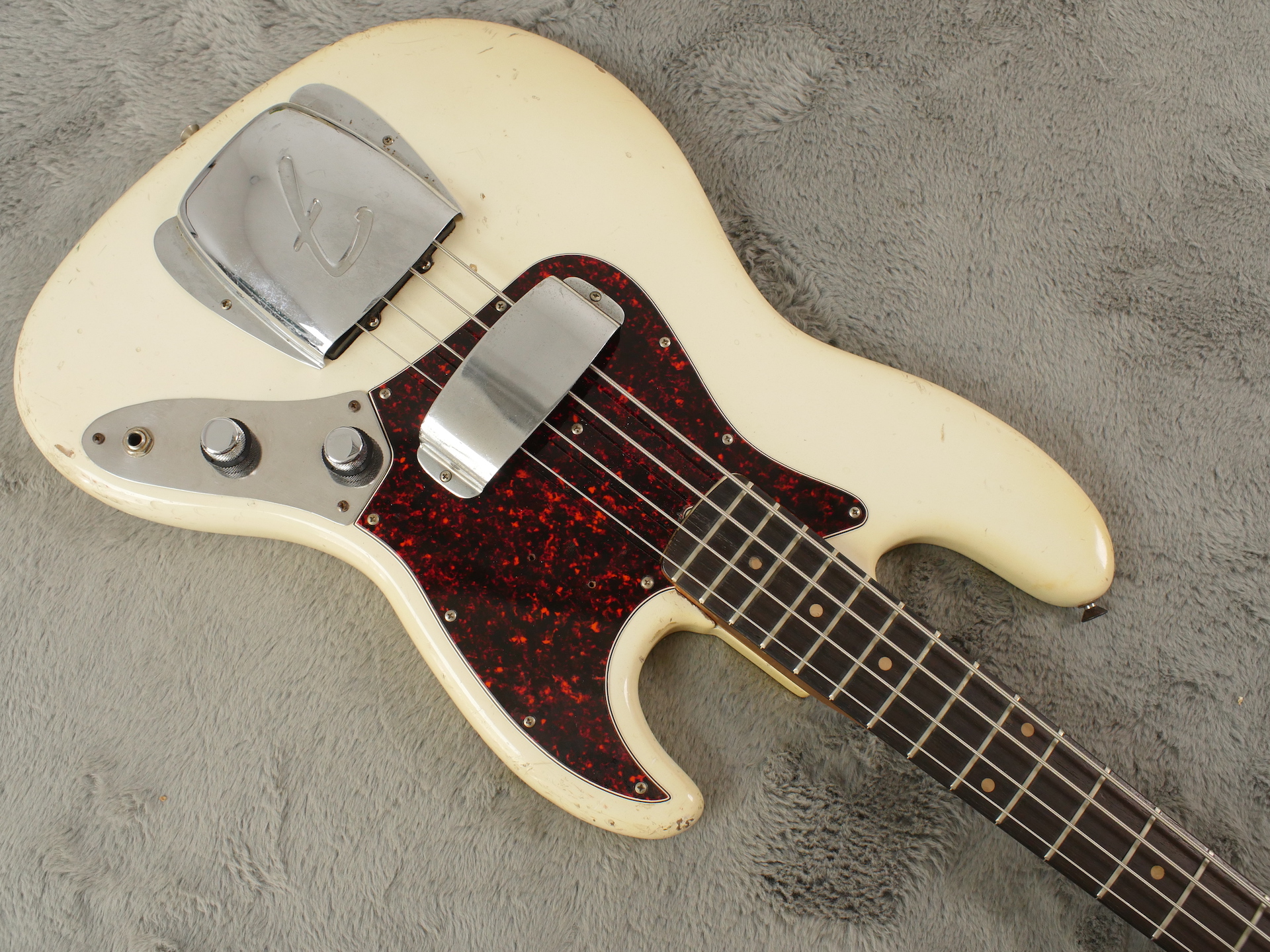 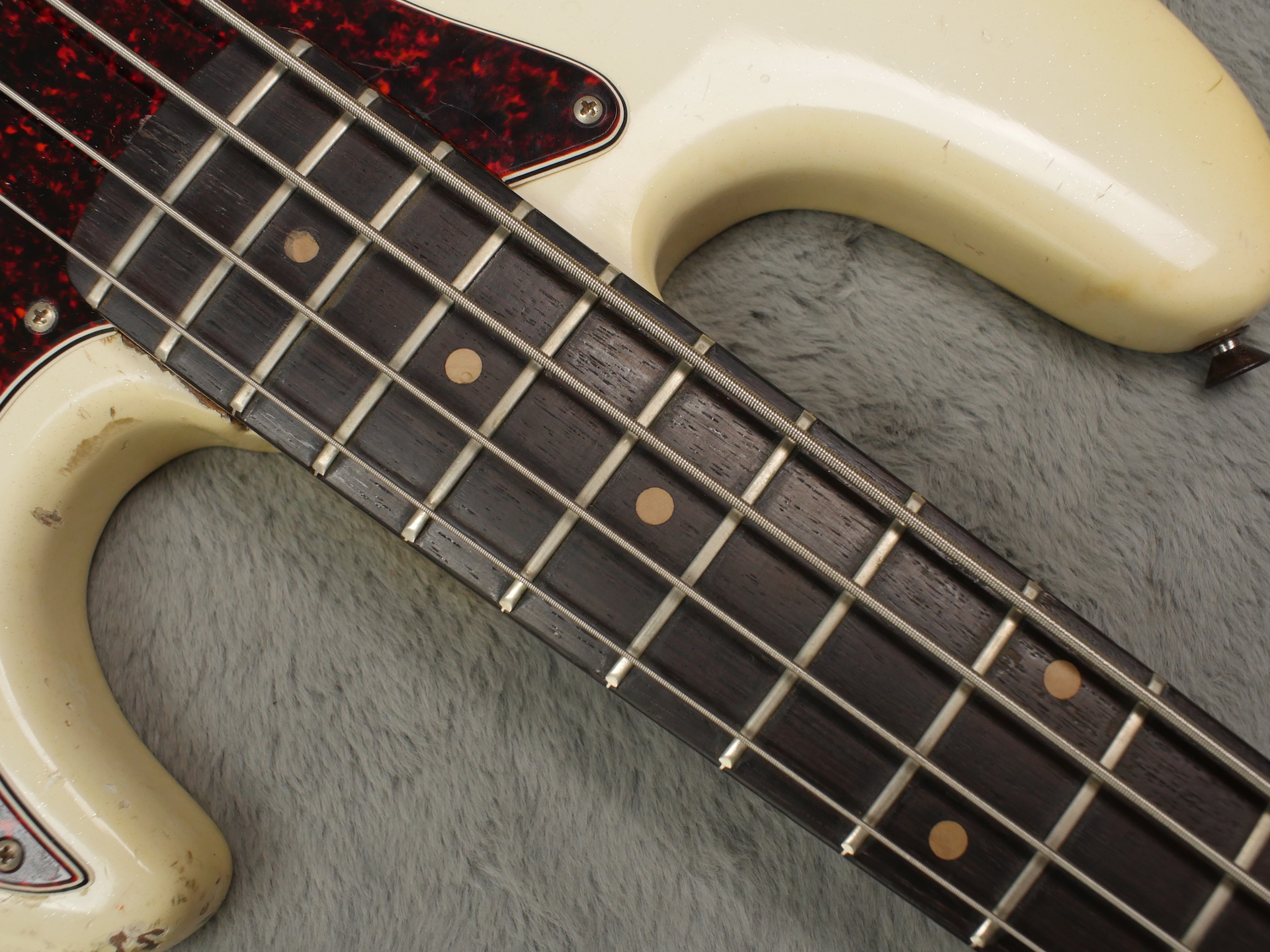 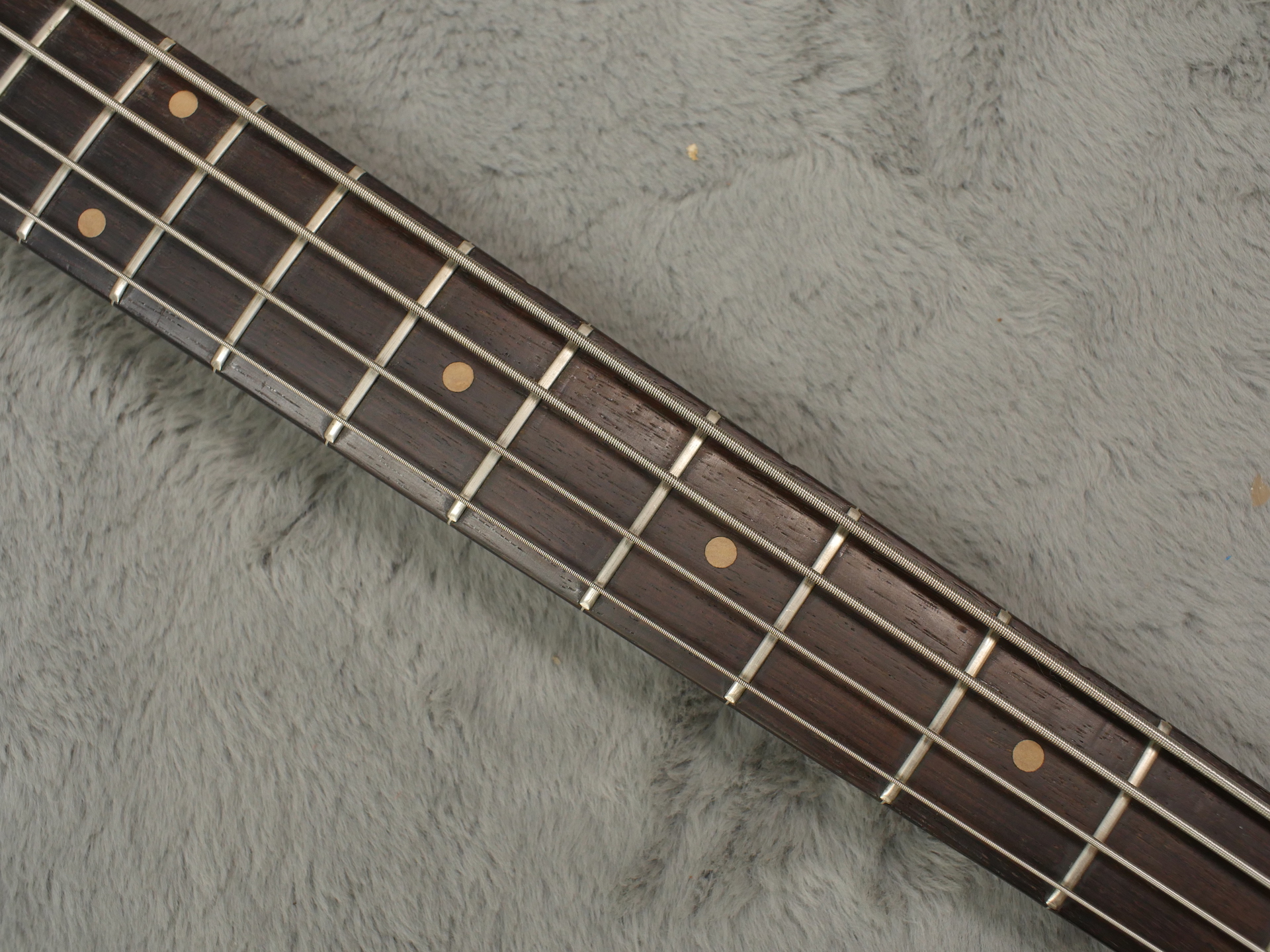 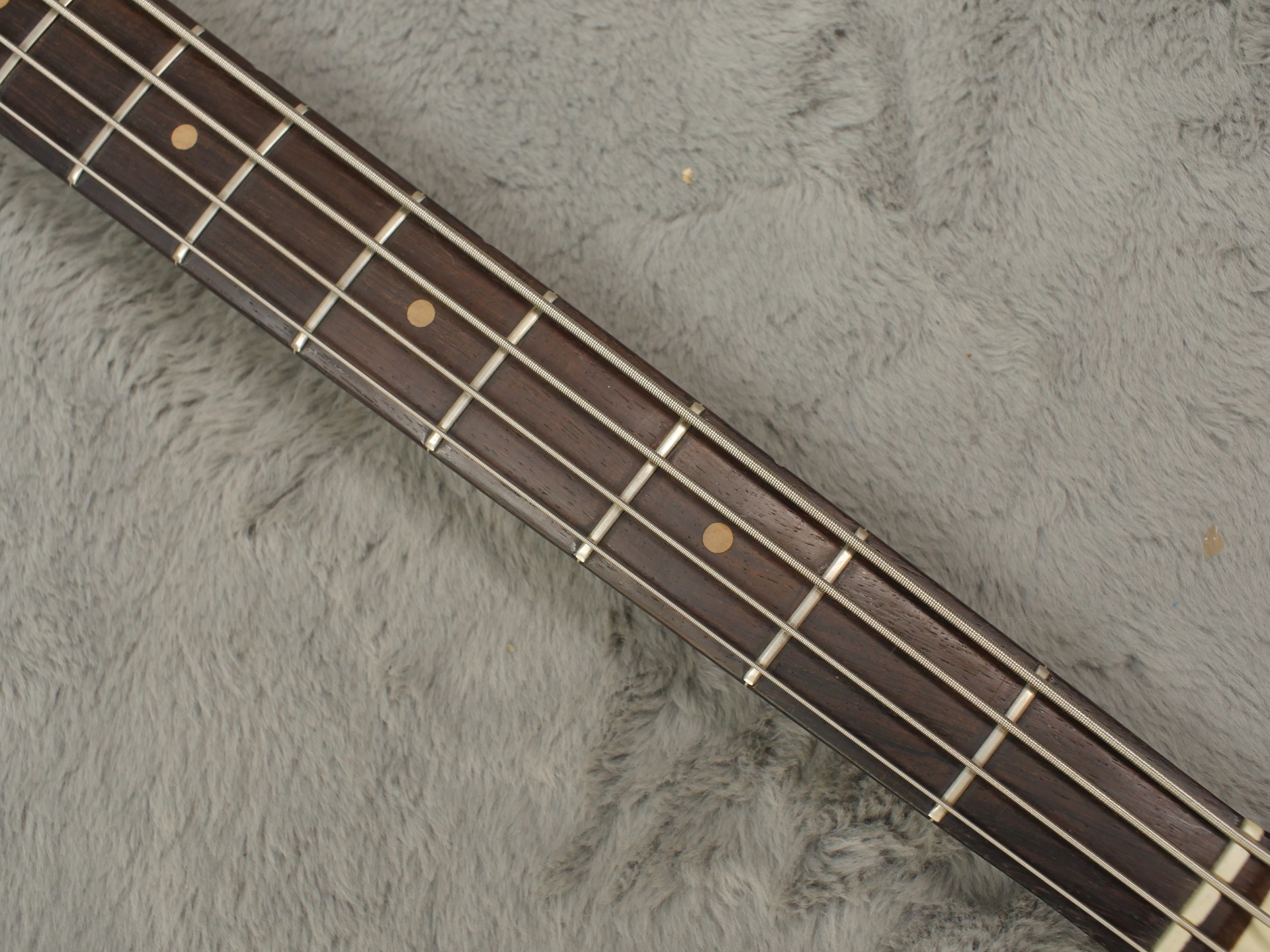 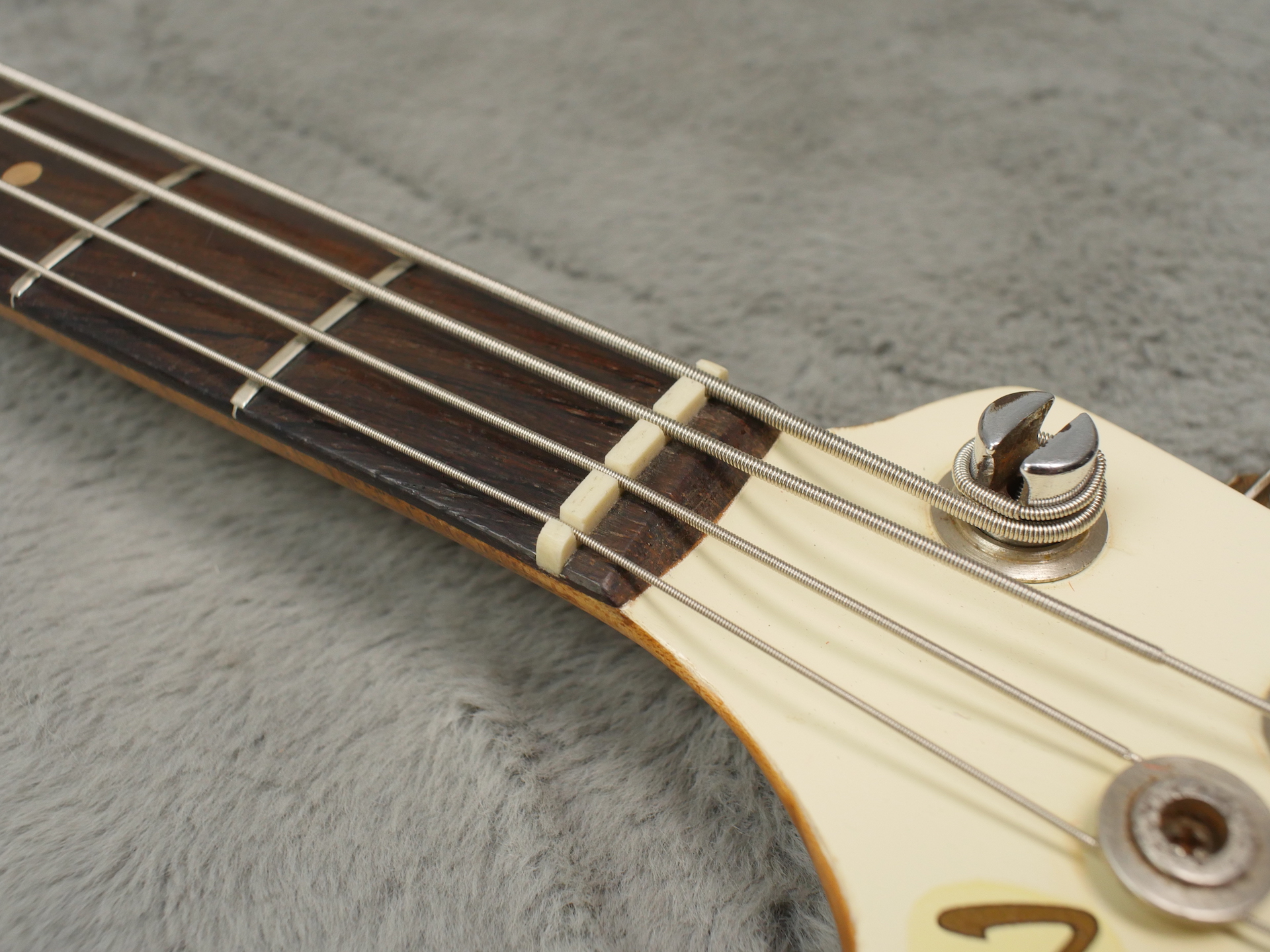 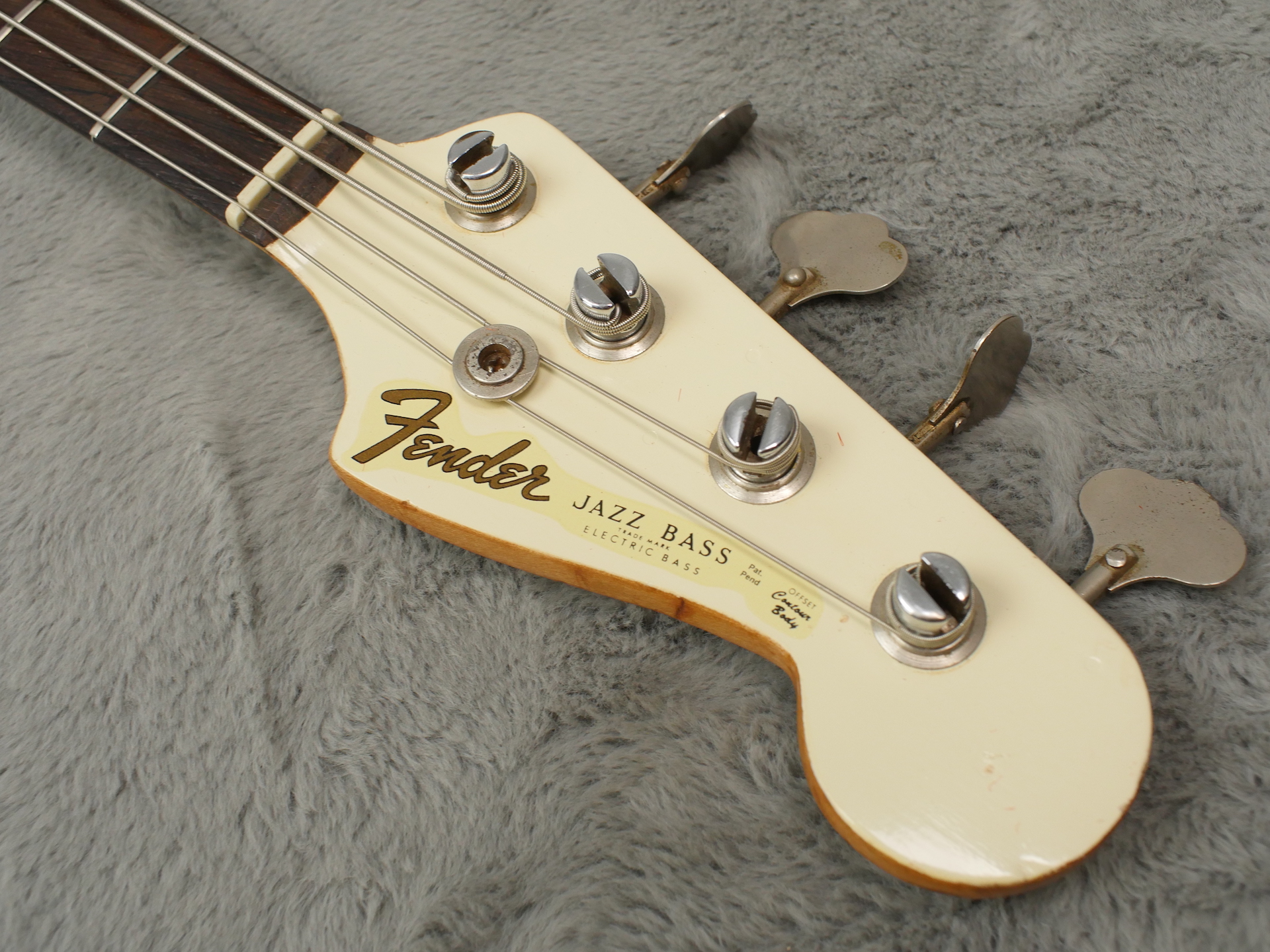 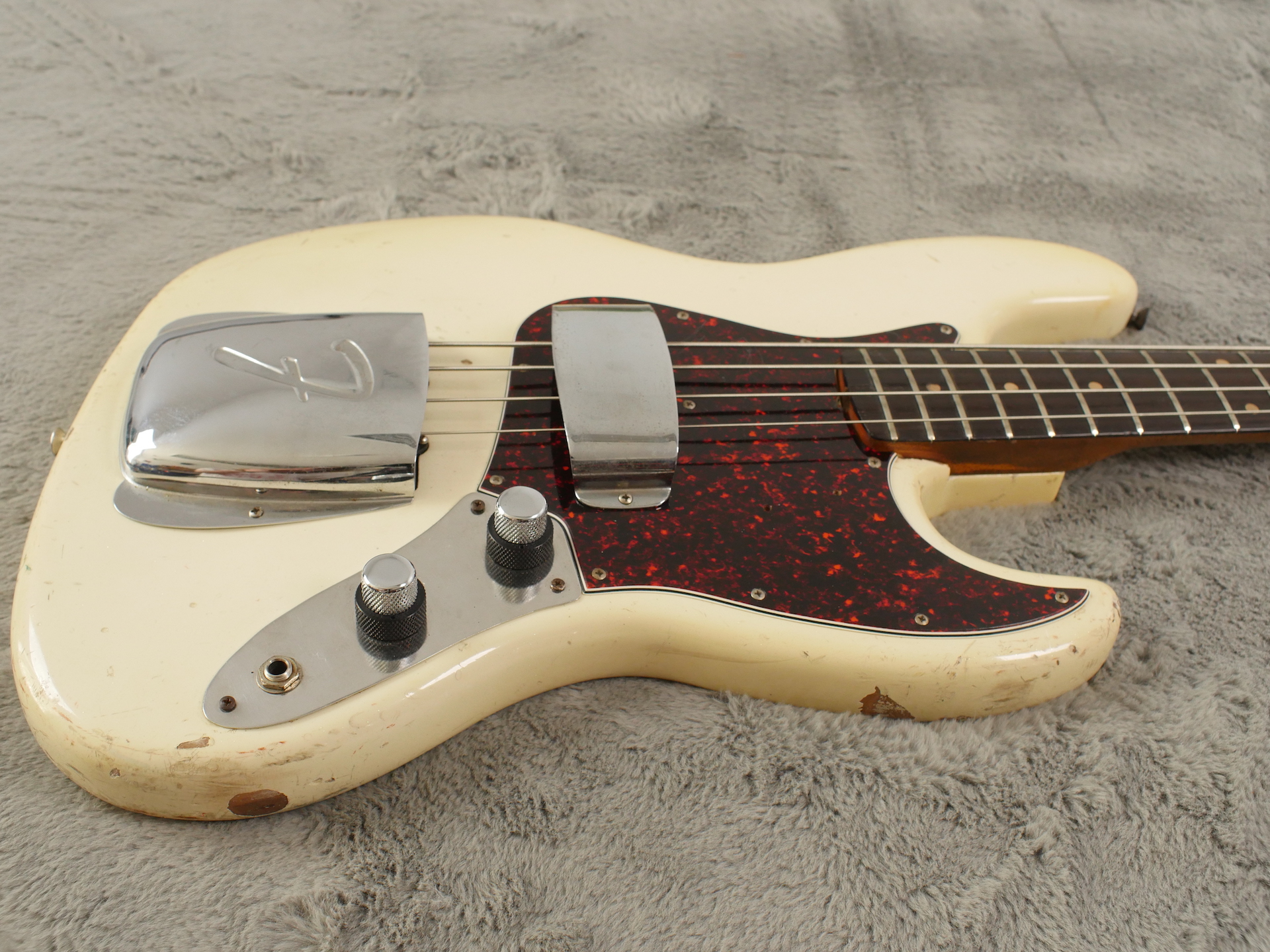 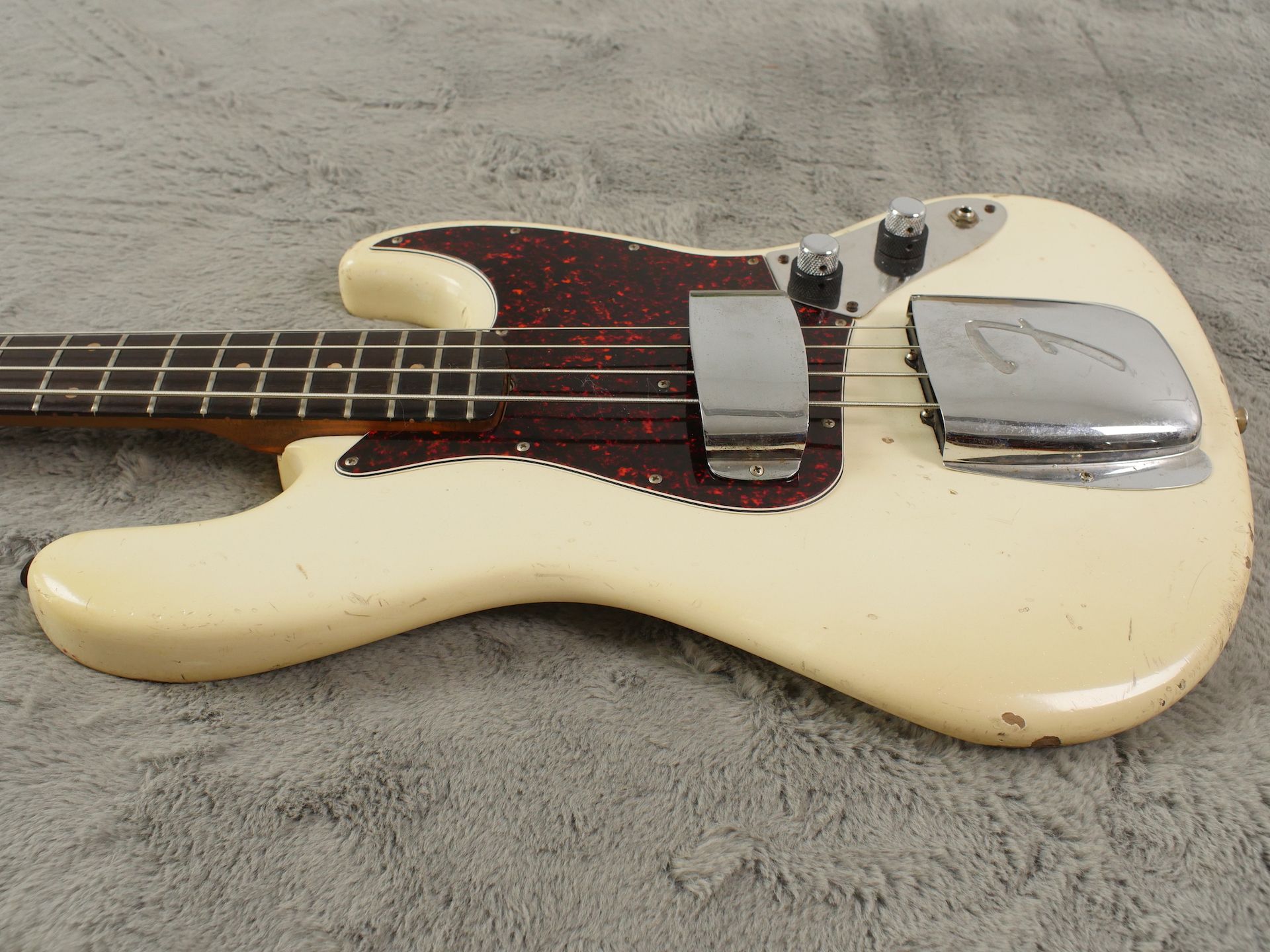 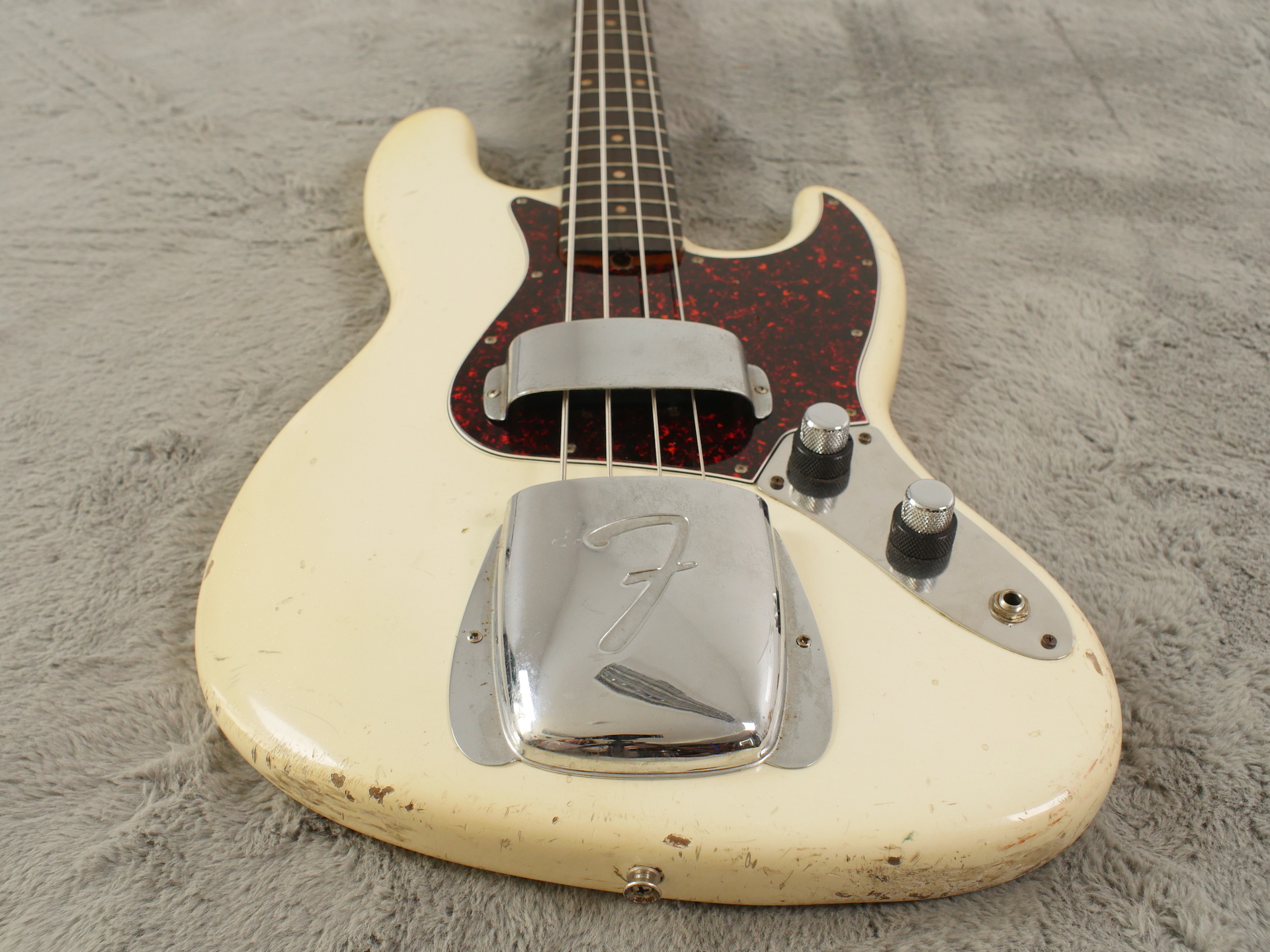 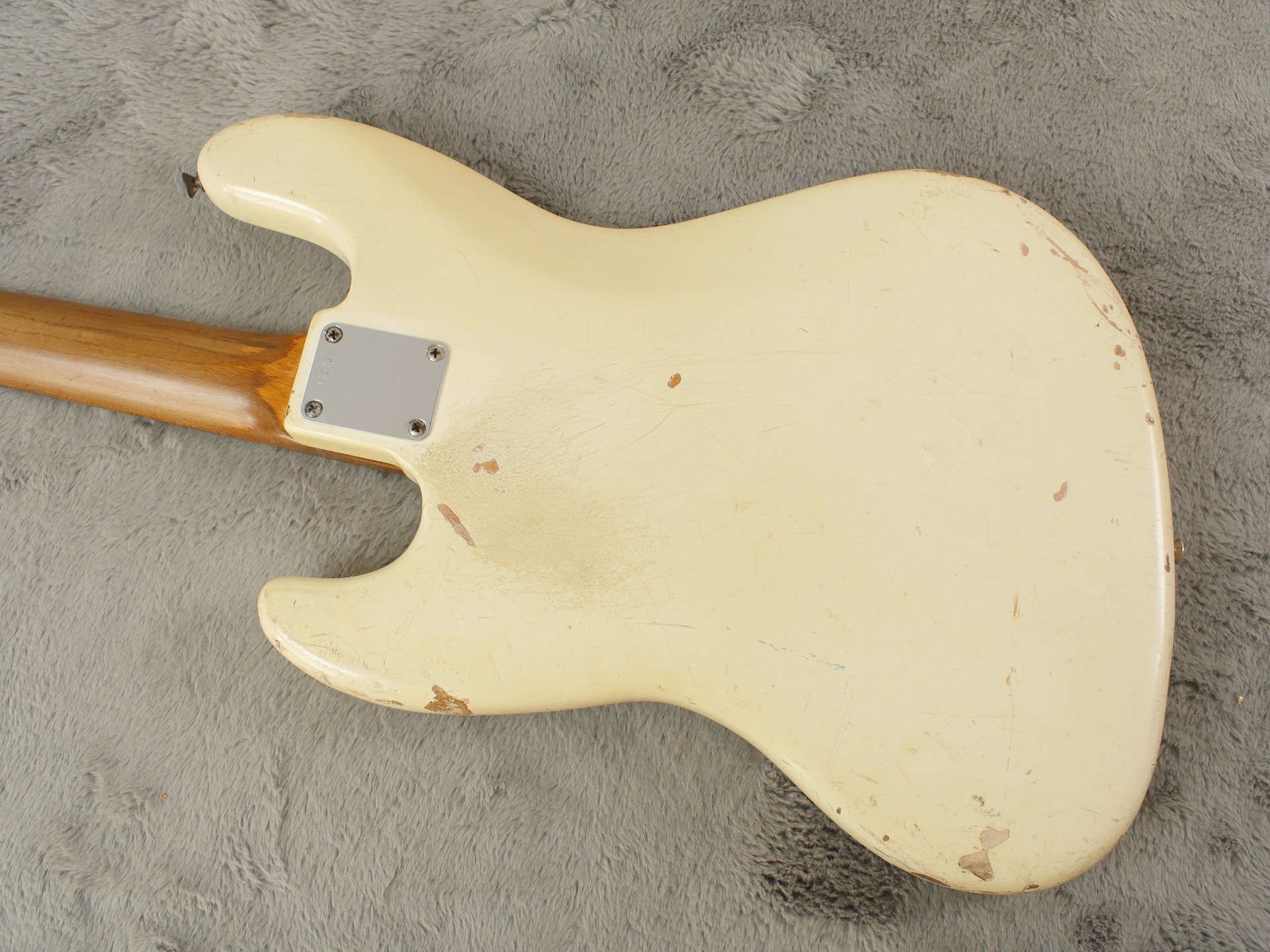 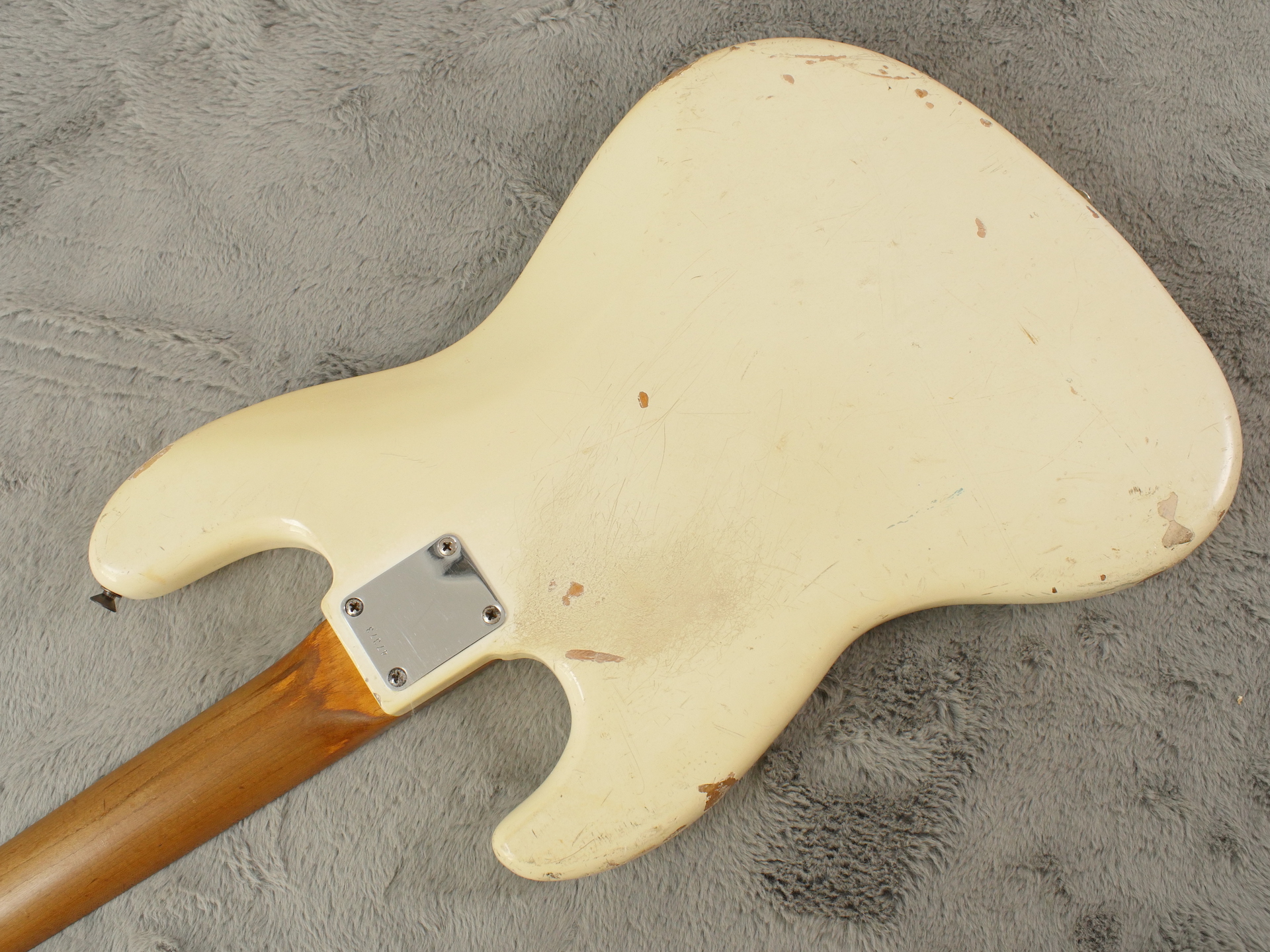 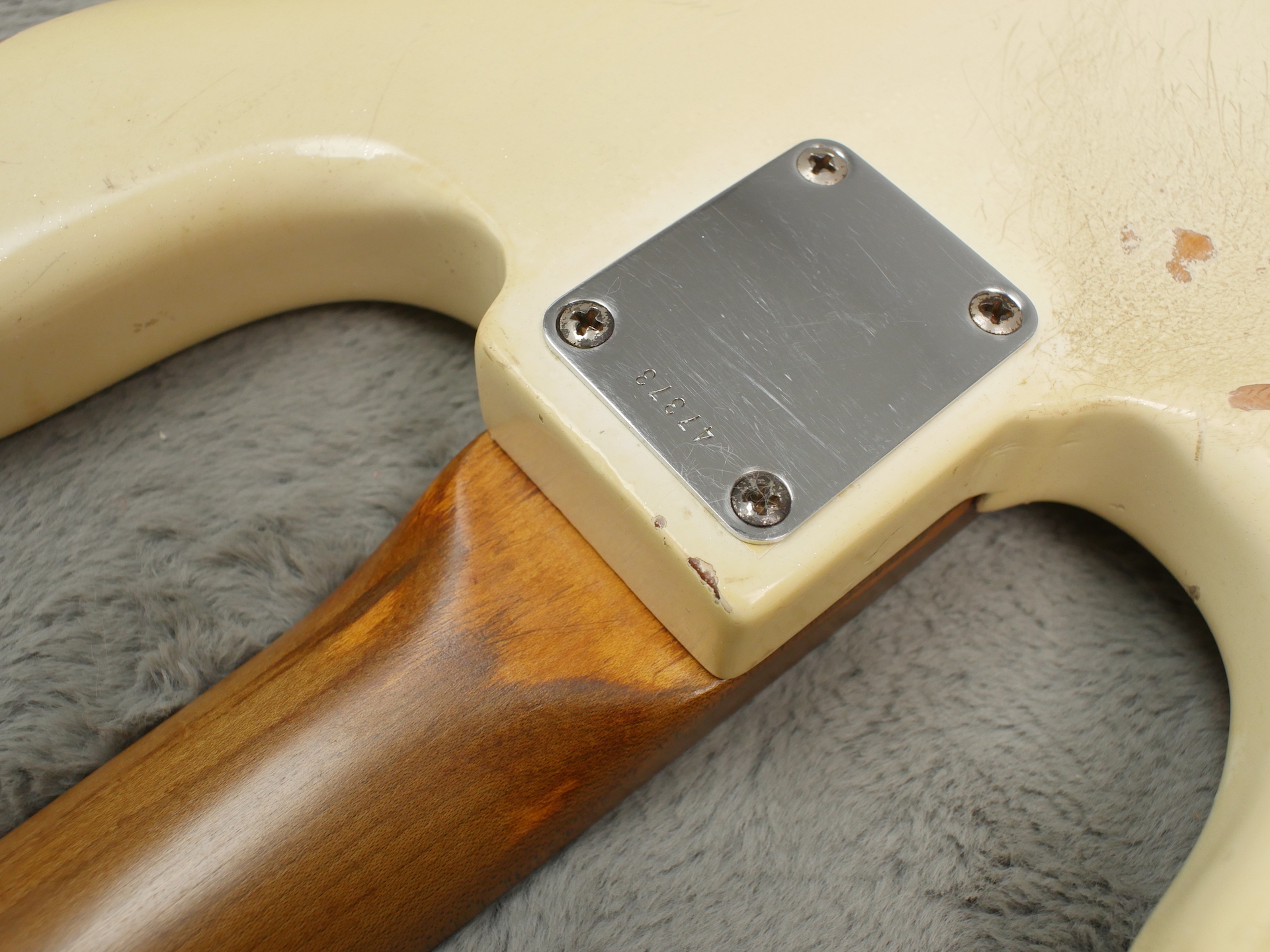 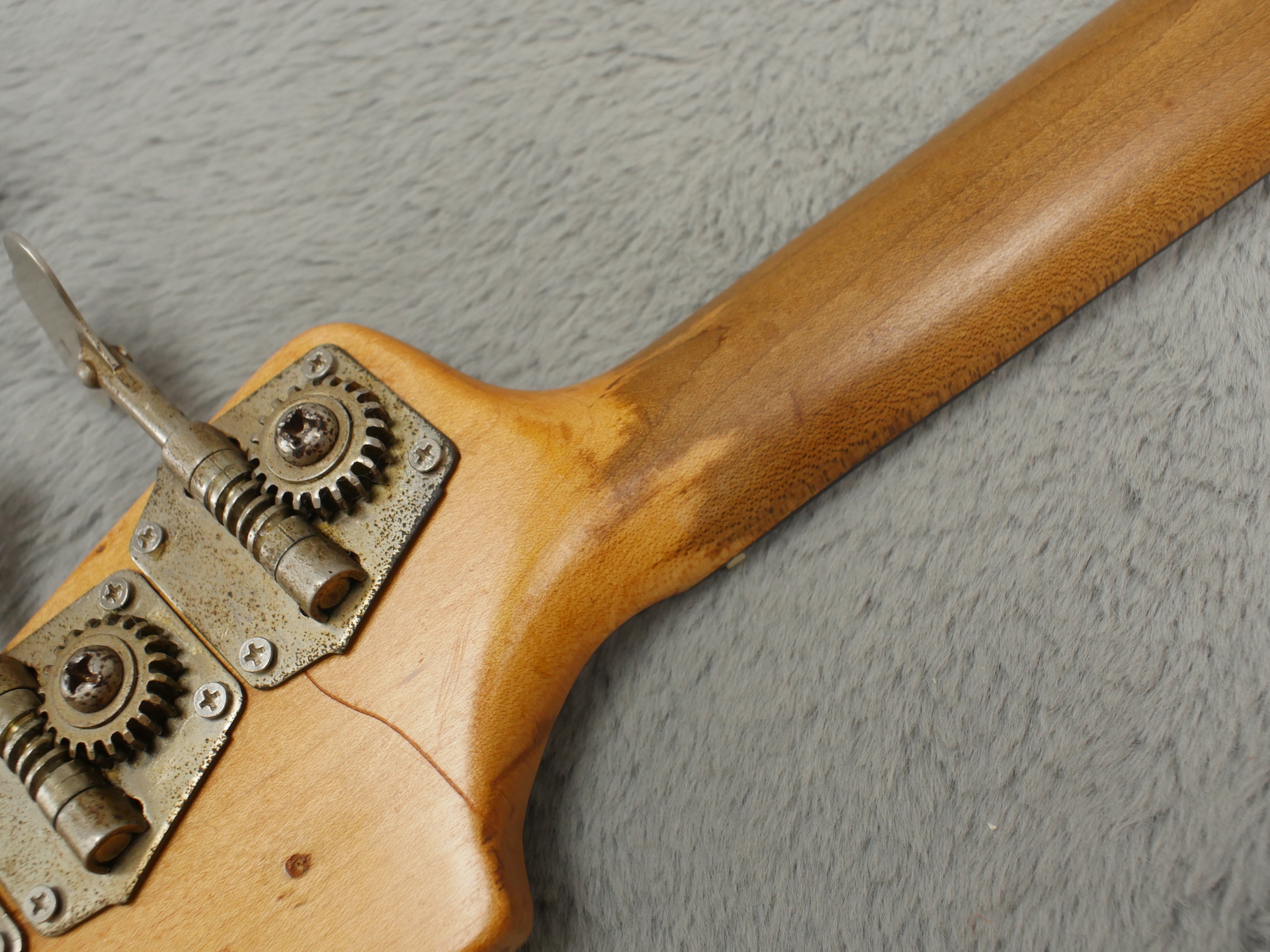 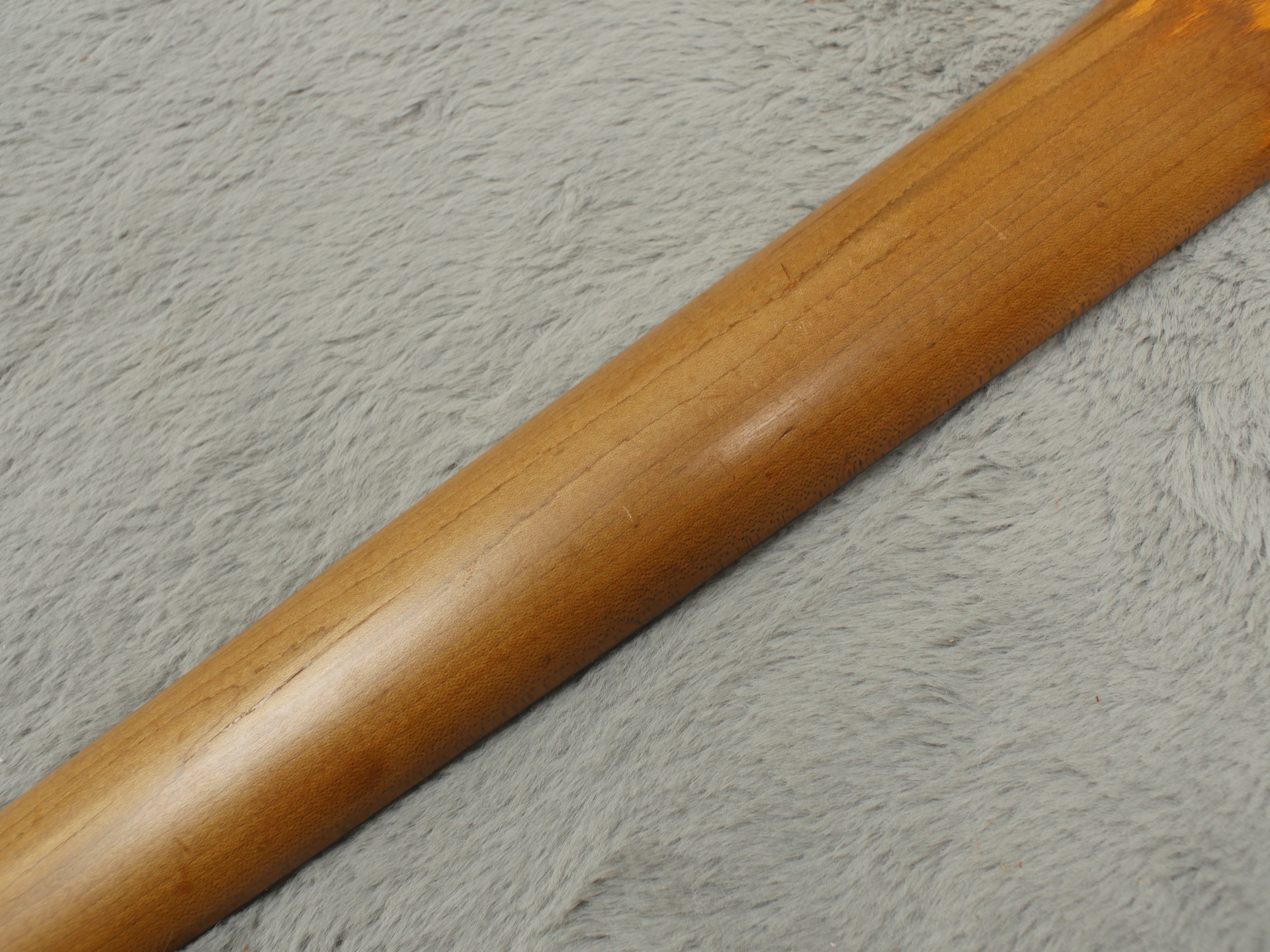 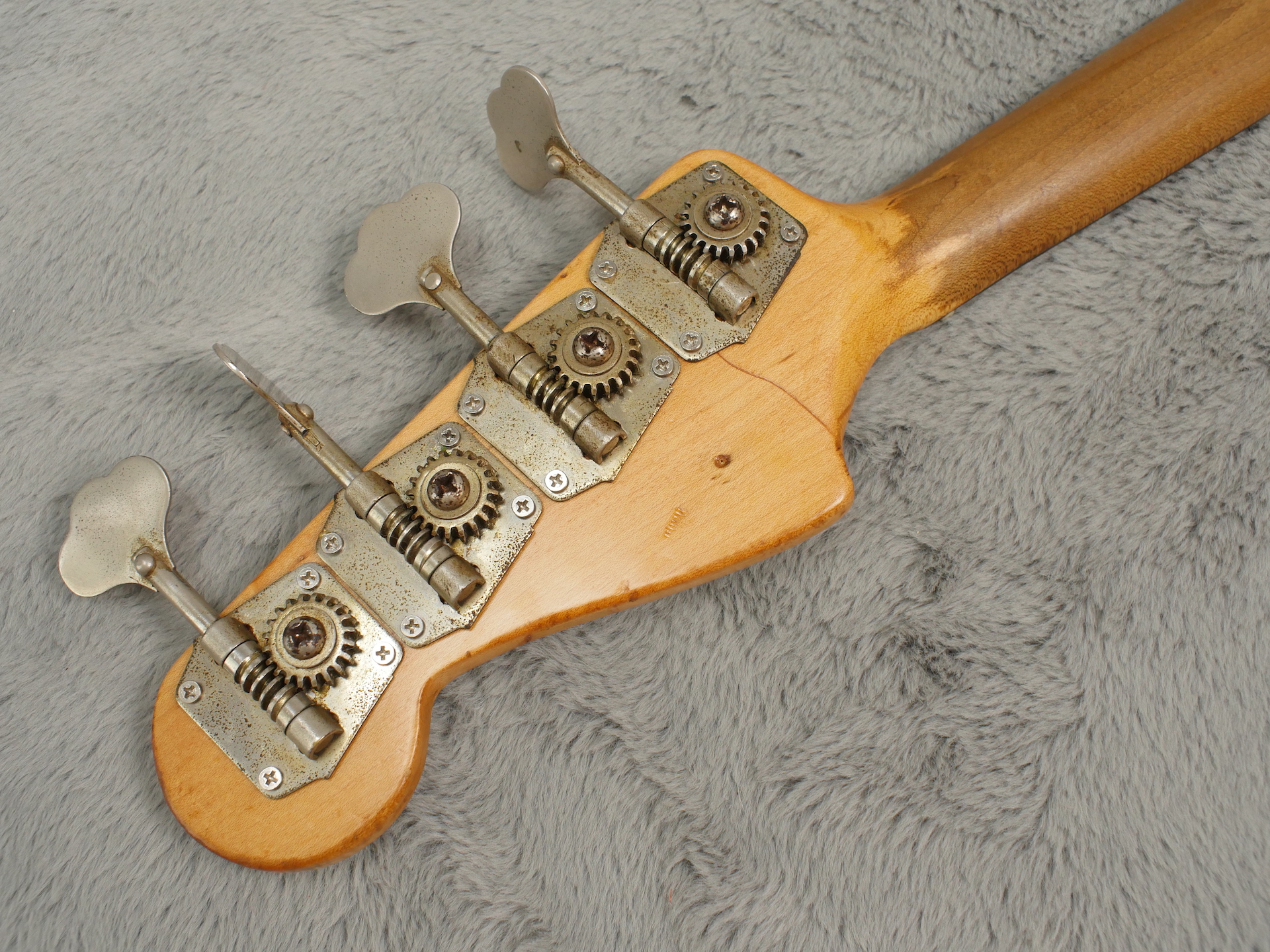 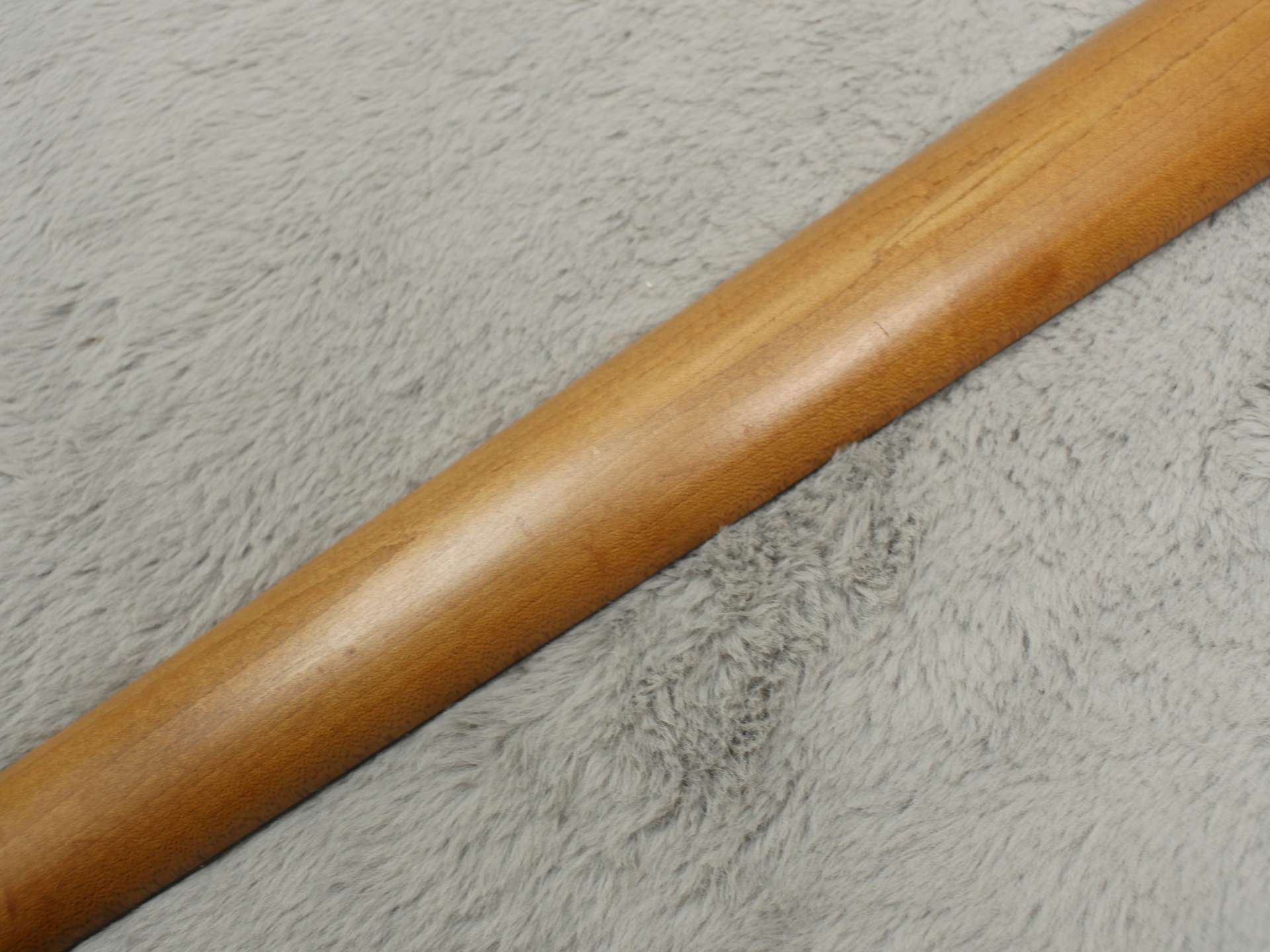 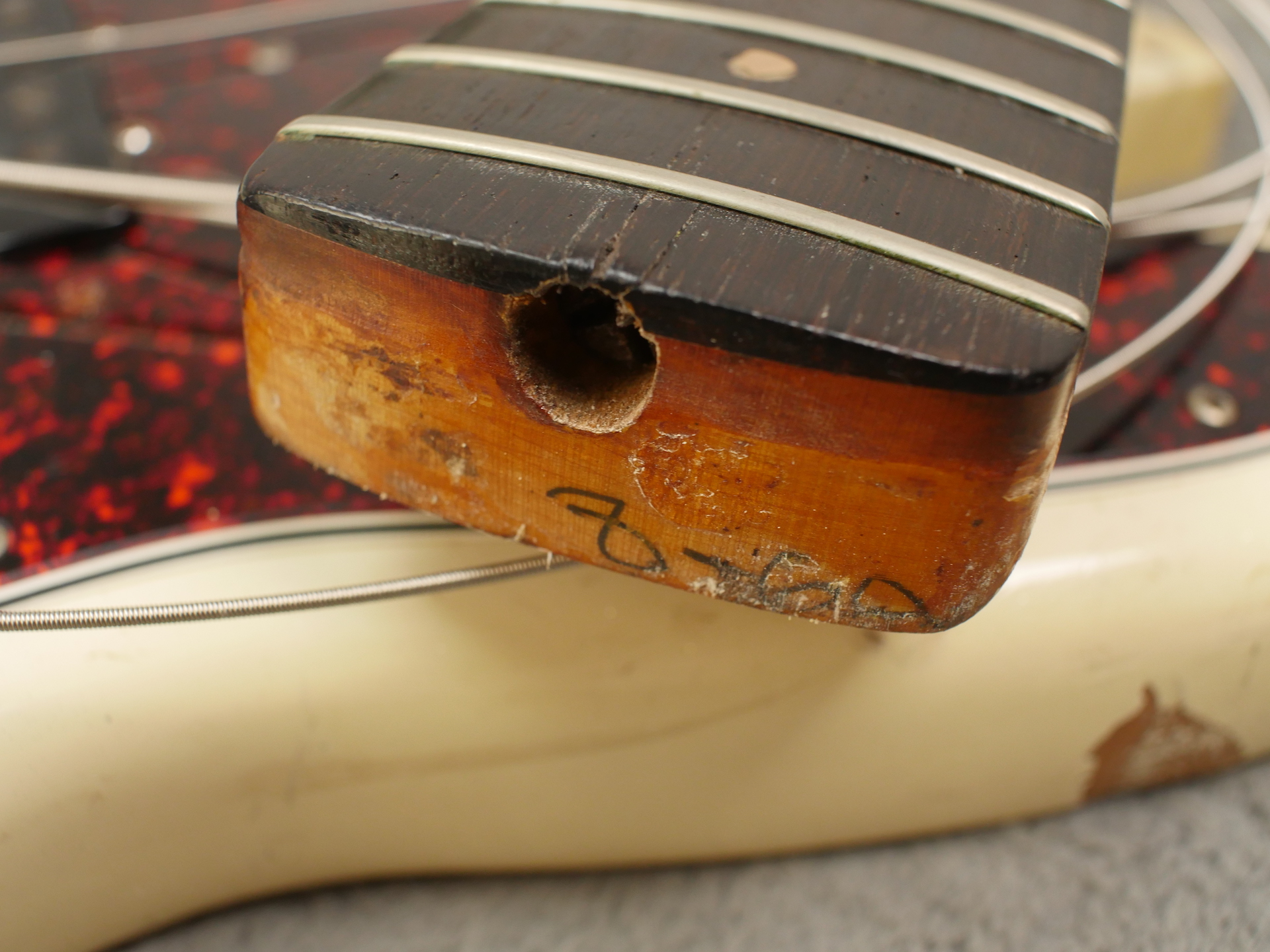 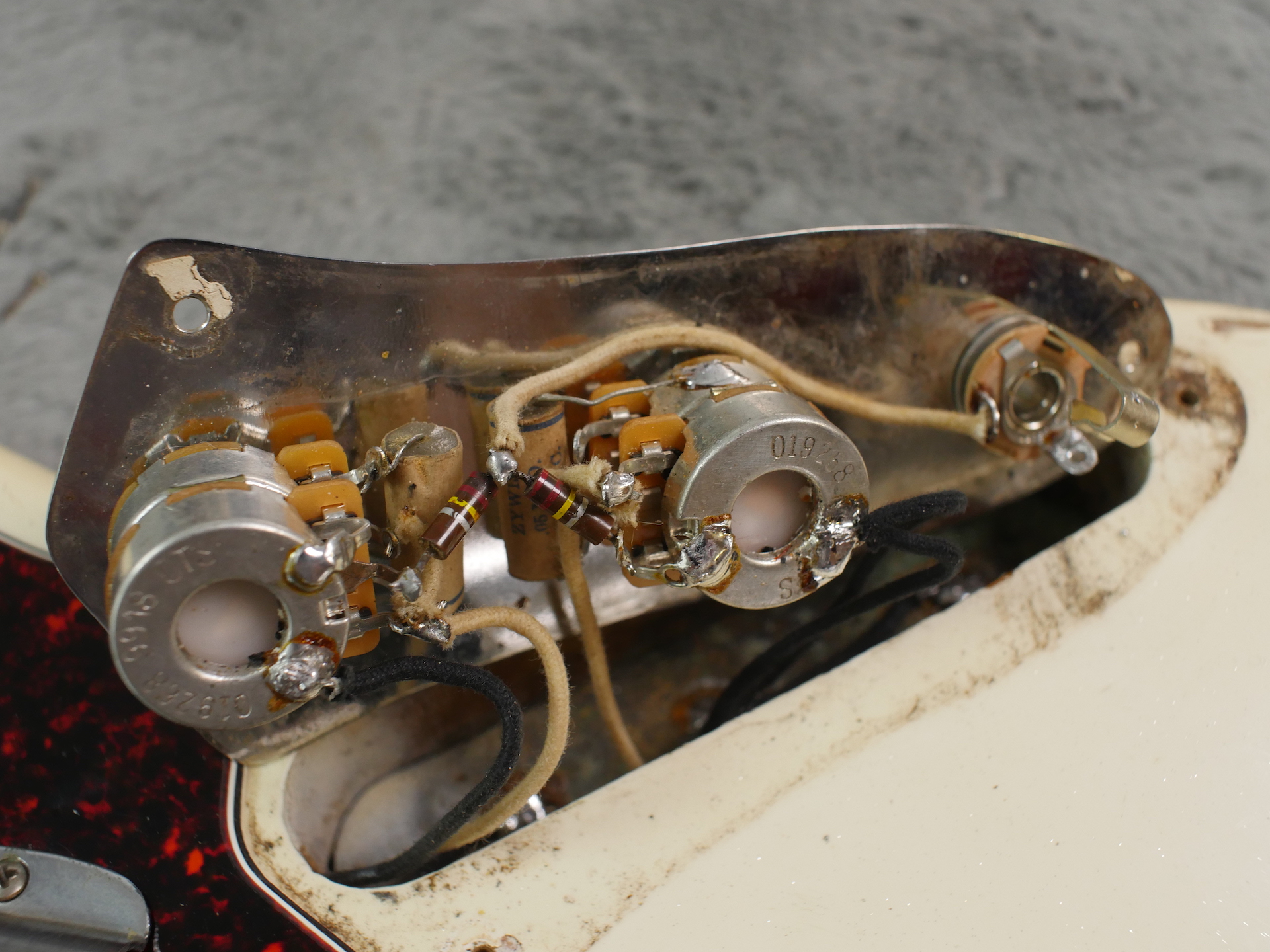 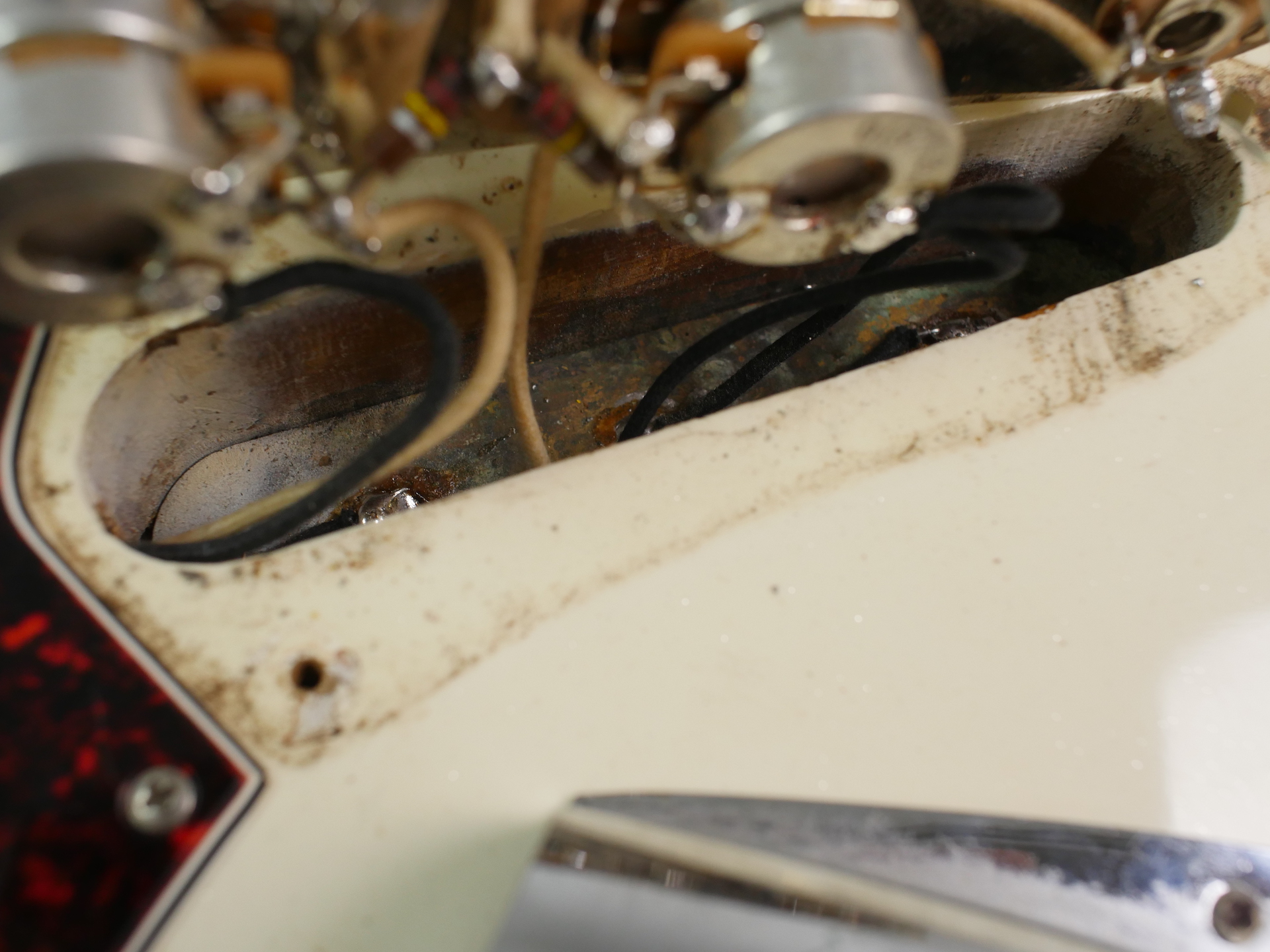