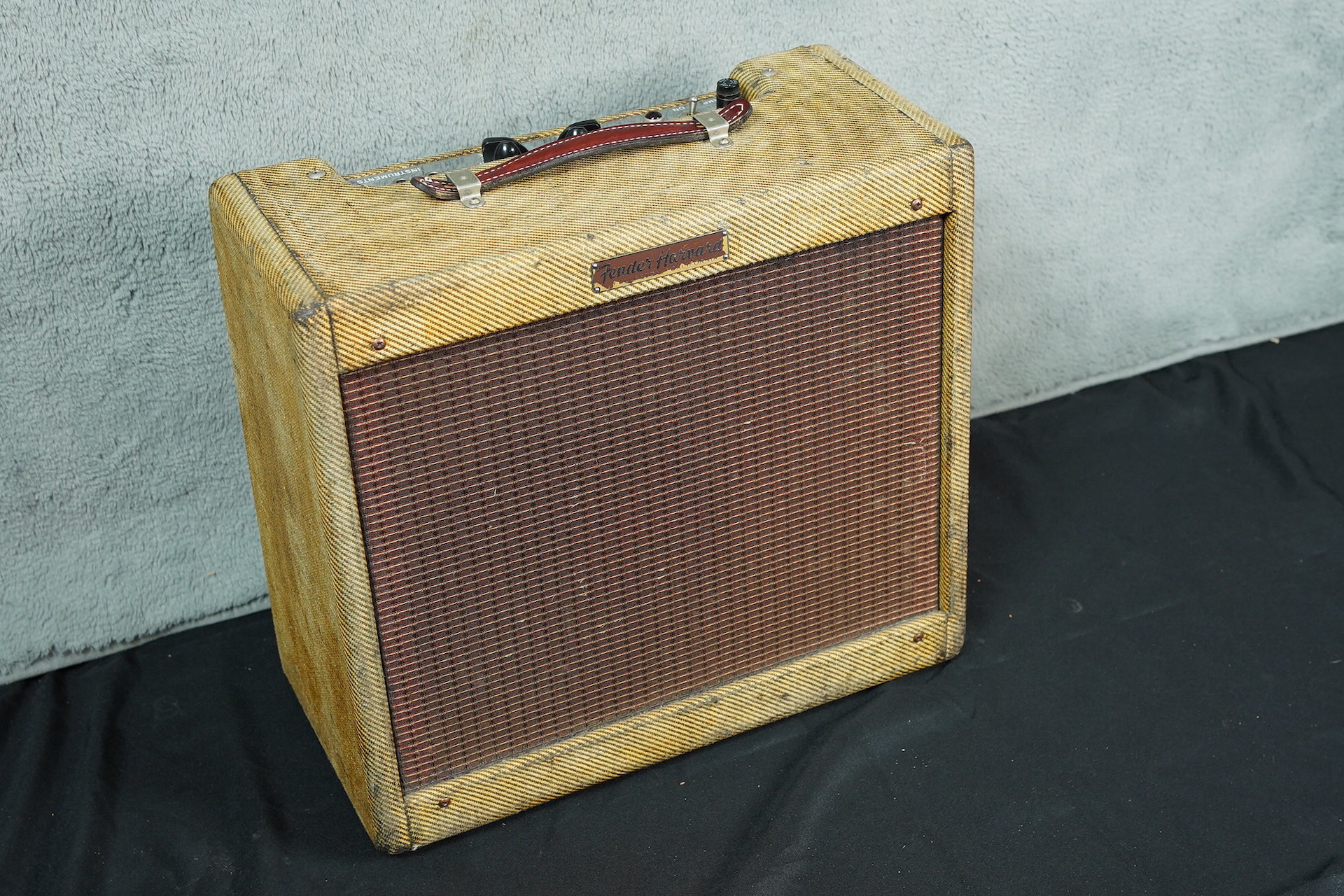 A rare thing to see is this very cool, Tweed Harvard. In fact this in only the second one we have had in 5 years...

Designed as an in-between step from the Champ to the Deluxe, this amp straddled both camps with big amp design features in a compact, student sized package. Introduced in 1955 it became Steve Cropper’s go to studio amp, defining the guitar tone at Stax and underpinning hits by the likes of Booker T, Otis Redding and Sam & Dave to name a few.

This is a fantastic example, a little frayed at the edges but that enhances the distinctive look of the amp. The previous owner had suggested that the amp might have been painted black at some stage which could account for the dark marks on the tweed, or it could be just dirt and grime. We cannot verify this but it does look to have had some of the lacquer removed so this could be the case, or it could have been one of the ones that came out without lacquer on..? The control panel is in great condition showing only slight signs of bubbling with the silk screened text still visible. .

The amp is still fitted with its correct Jensen P10 speaker. The amp has been fitted with a heavier duty power cable and grounded correctly. There might have also been some reflowed solder but this seems to be the extent of the work carried out on this am. The correct output and power transformers are still present.

As you’d hope, this amp sounds fantastic. With the volume set above half we’re straight into classic tweed territory and a sound that has to be heard to be believed. There is no doubt why this is such a lauded amp.

These don’t come up for sale very often so grab it before it slips off the dock of the bay, I mean away… 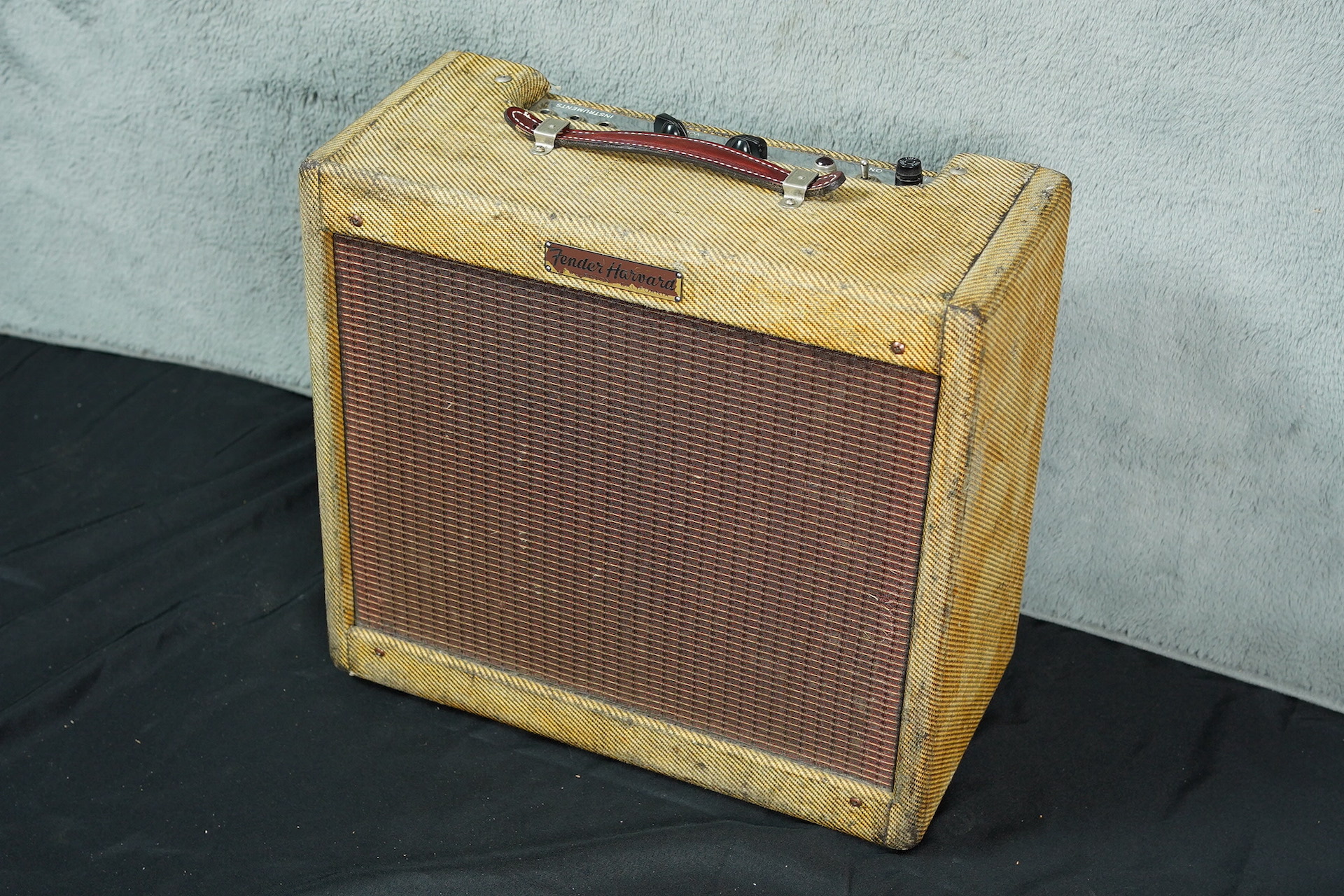 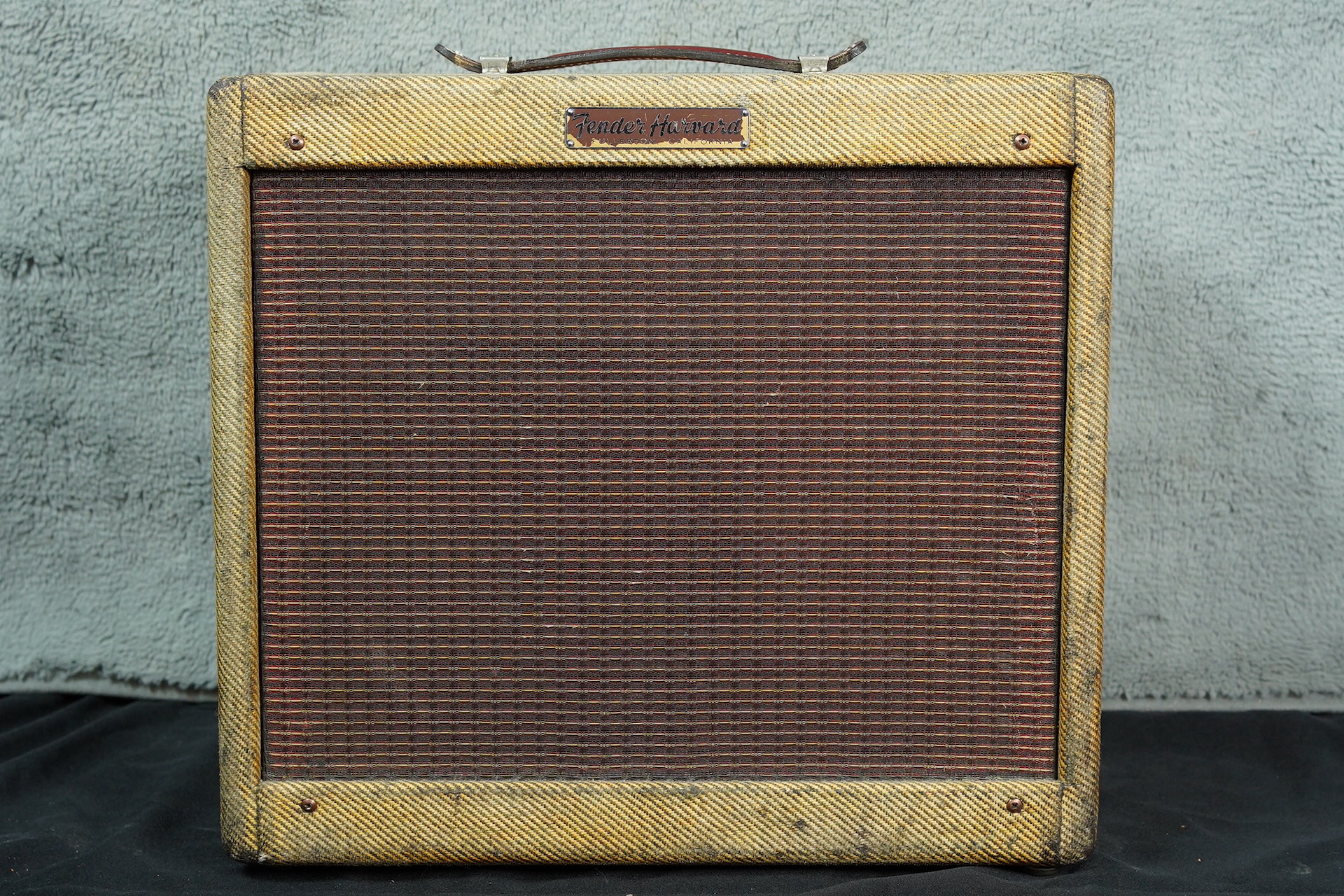 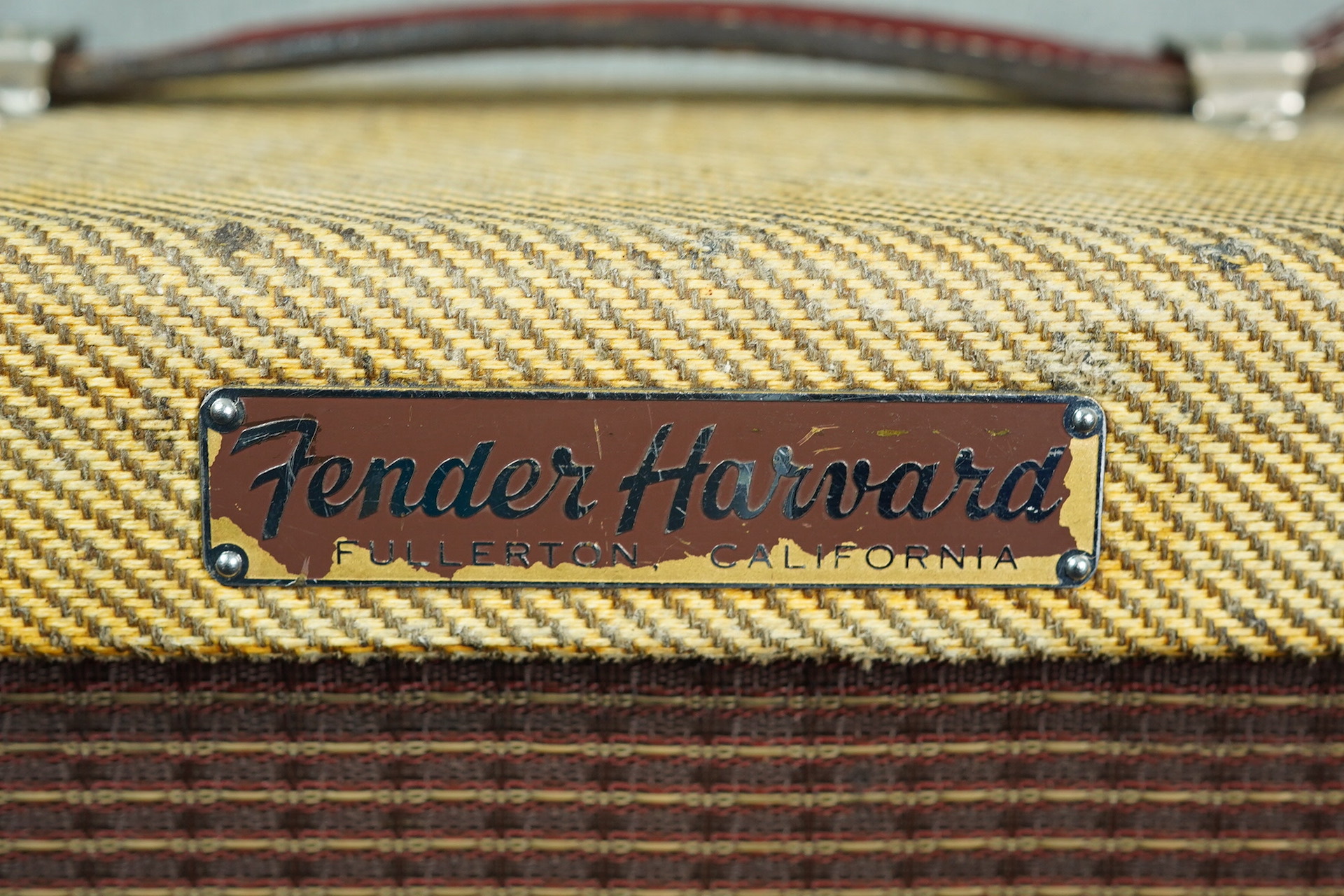 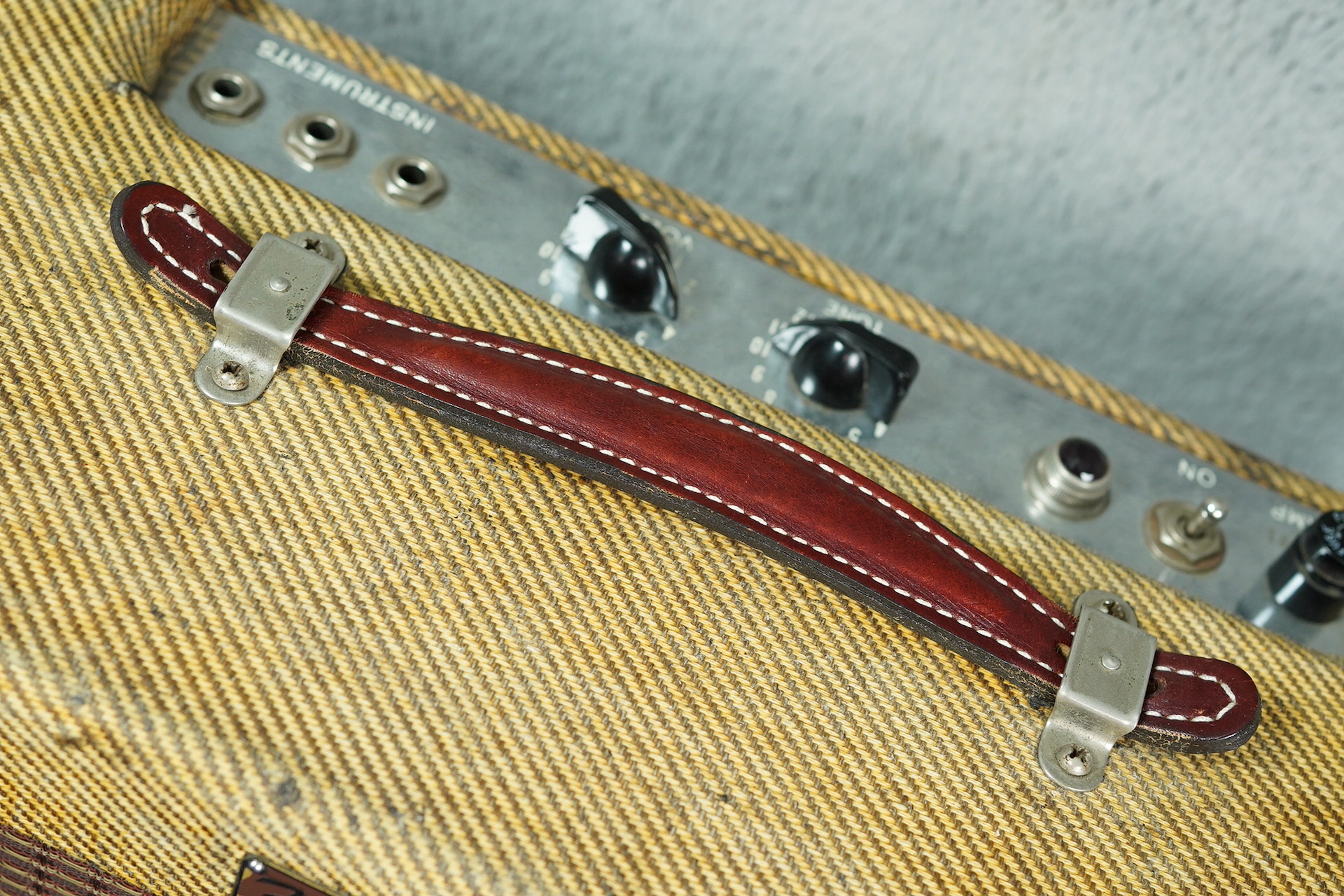 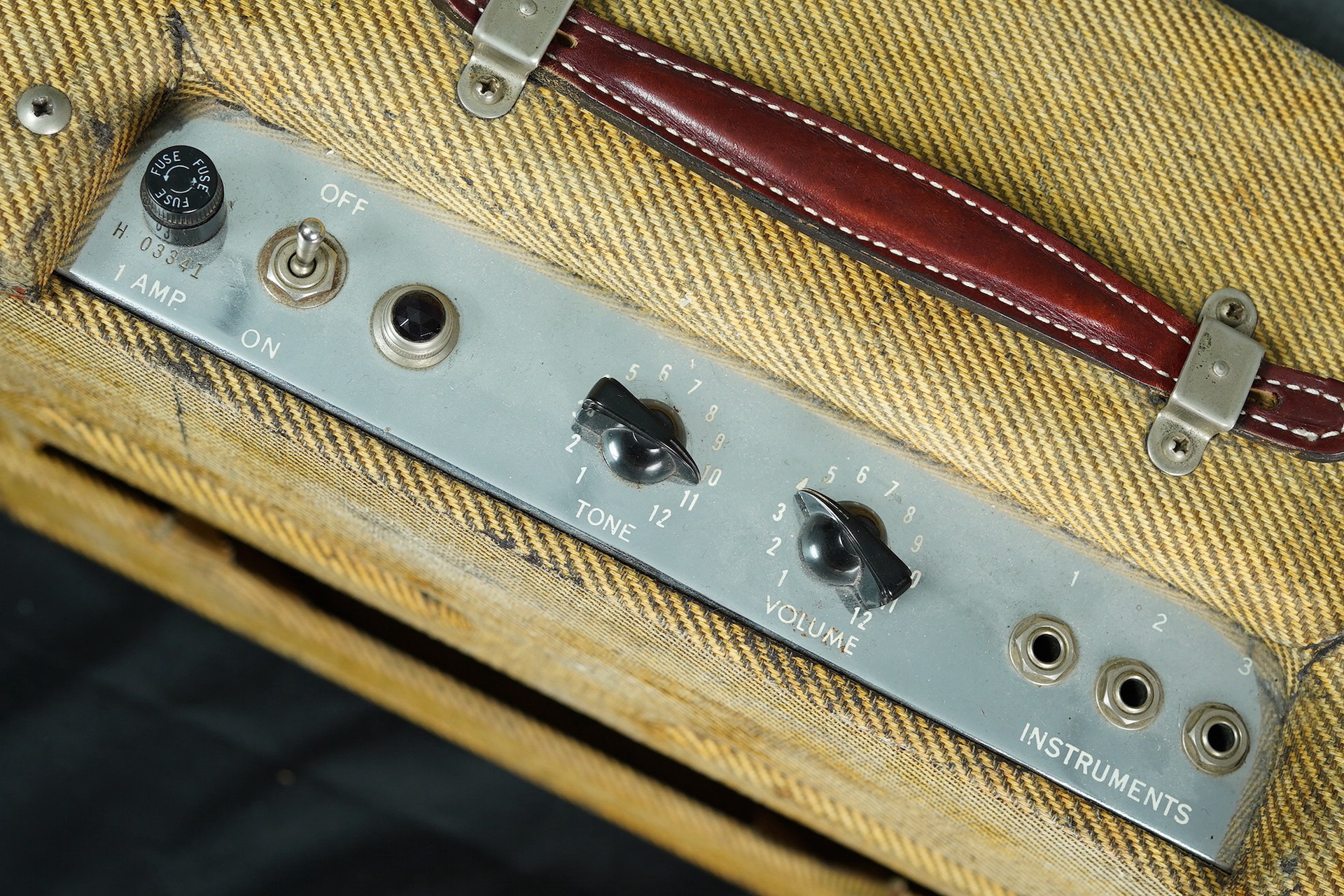 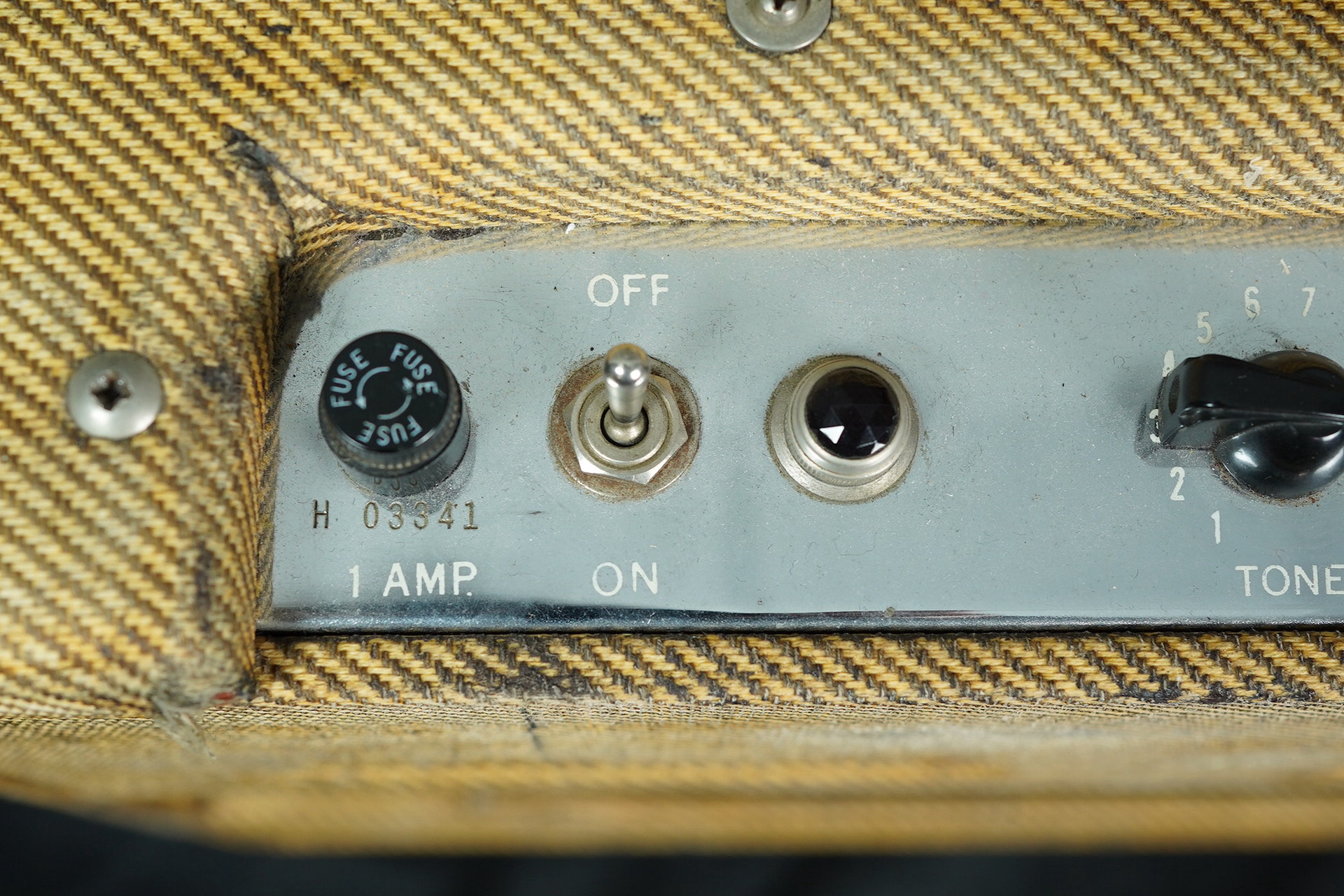 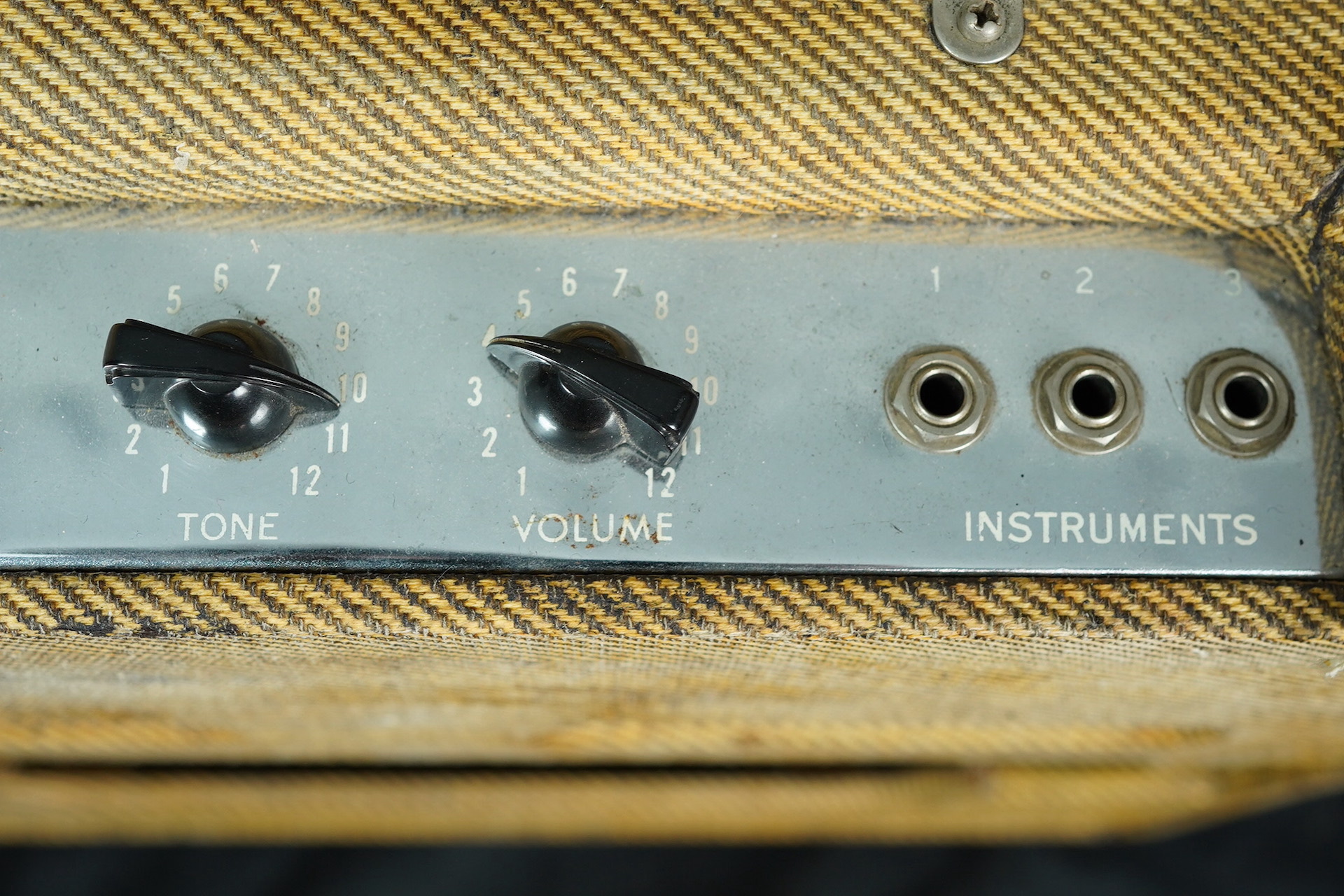 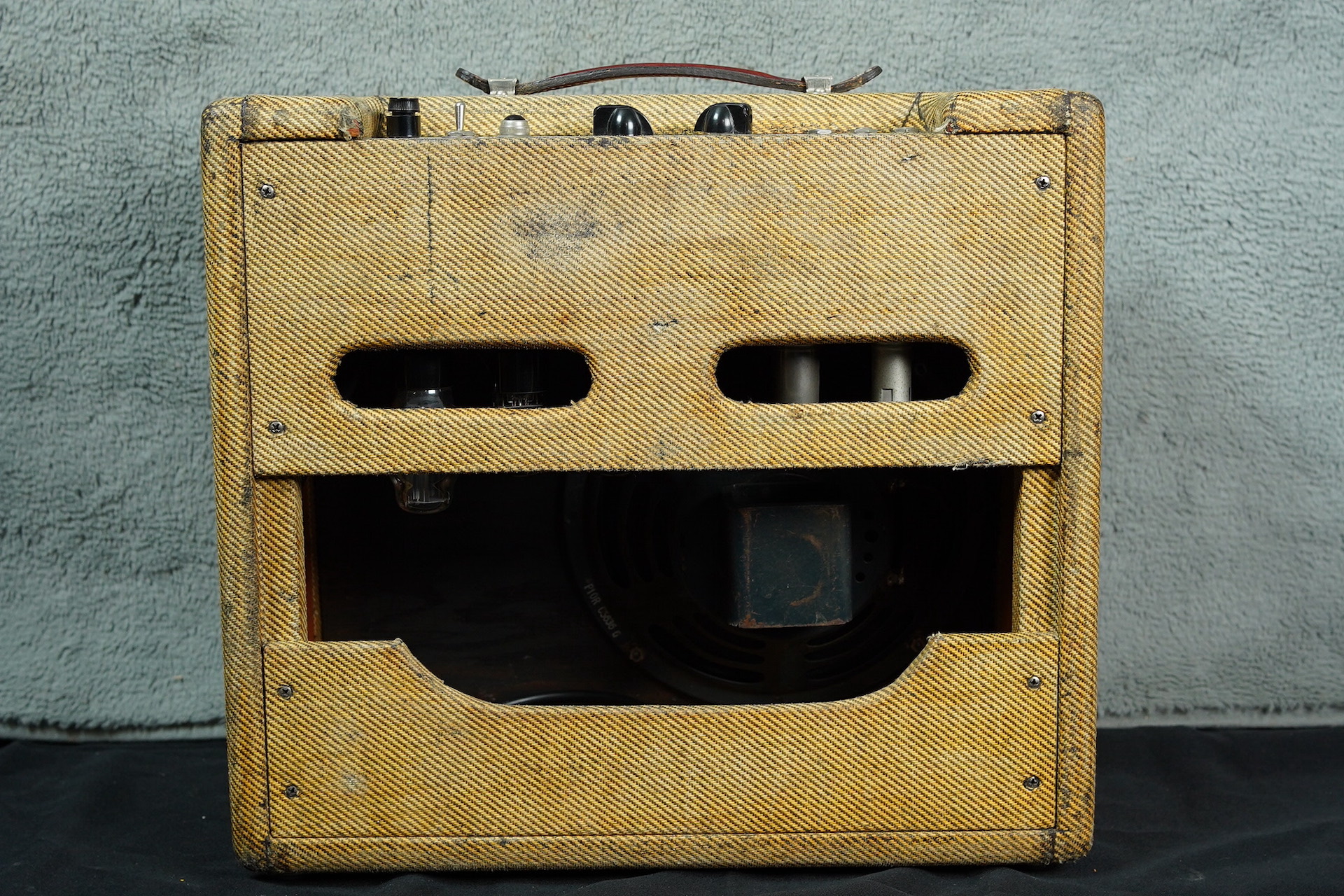 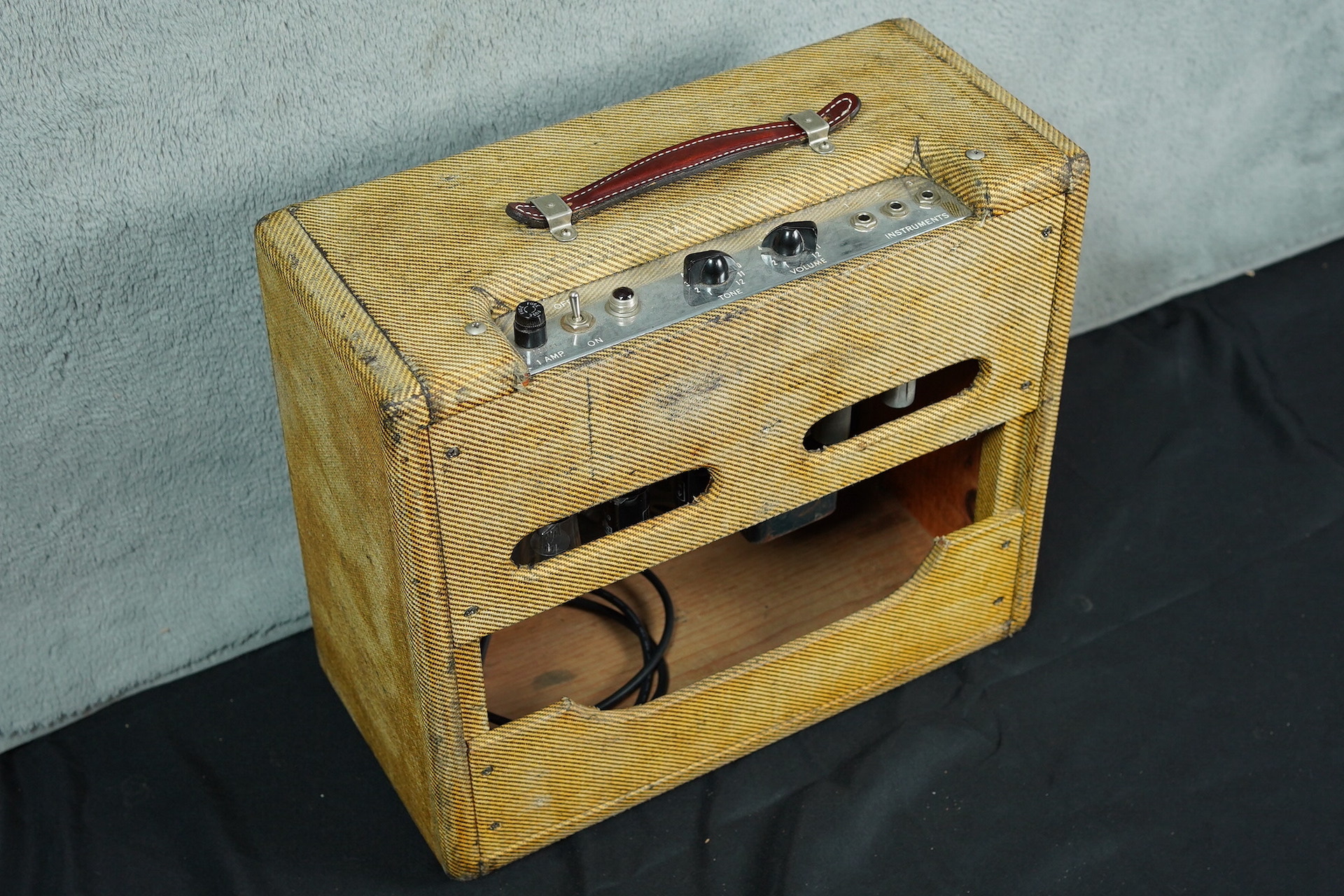 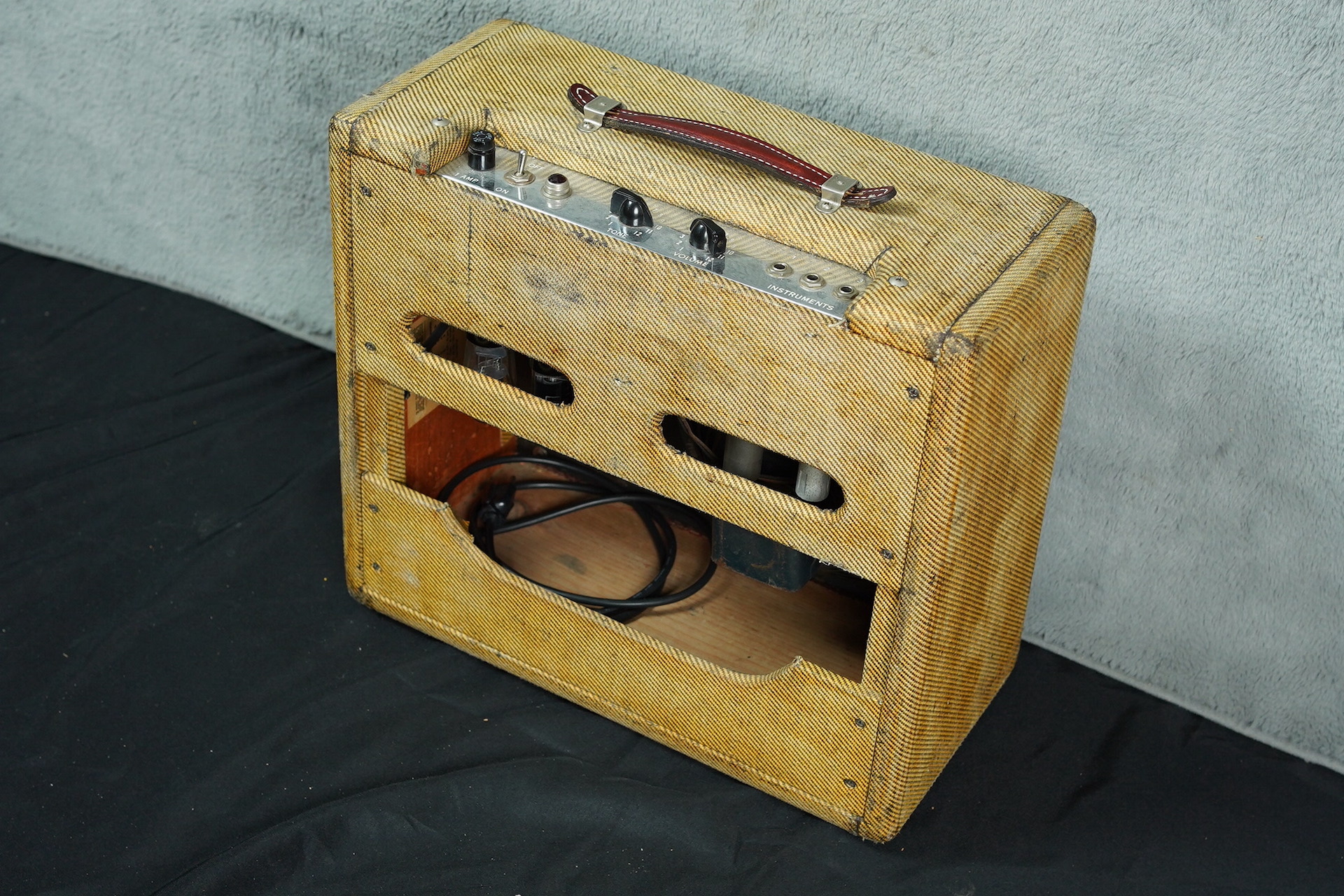 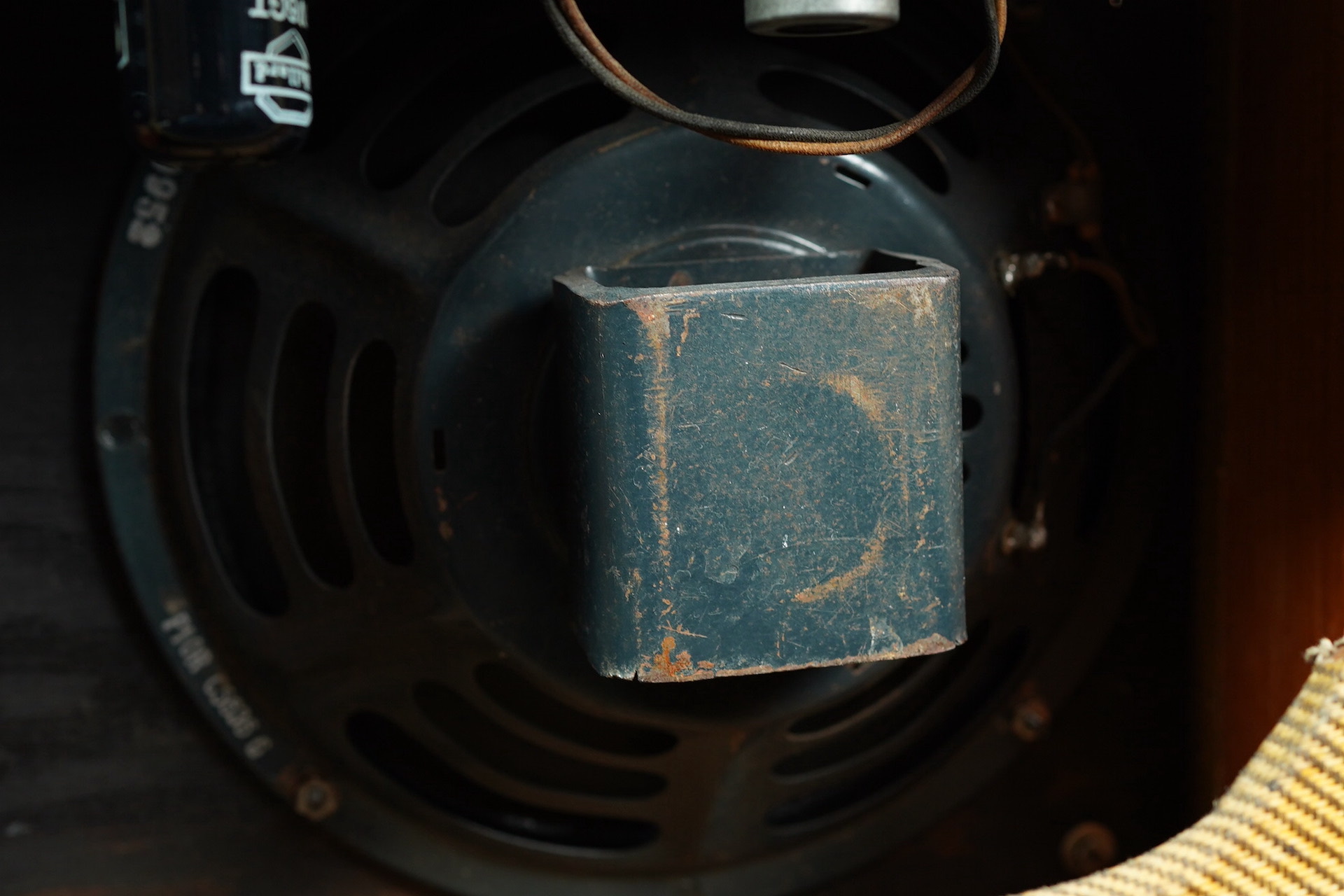 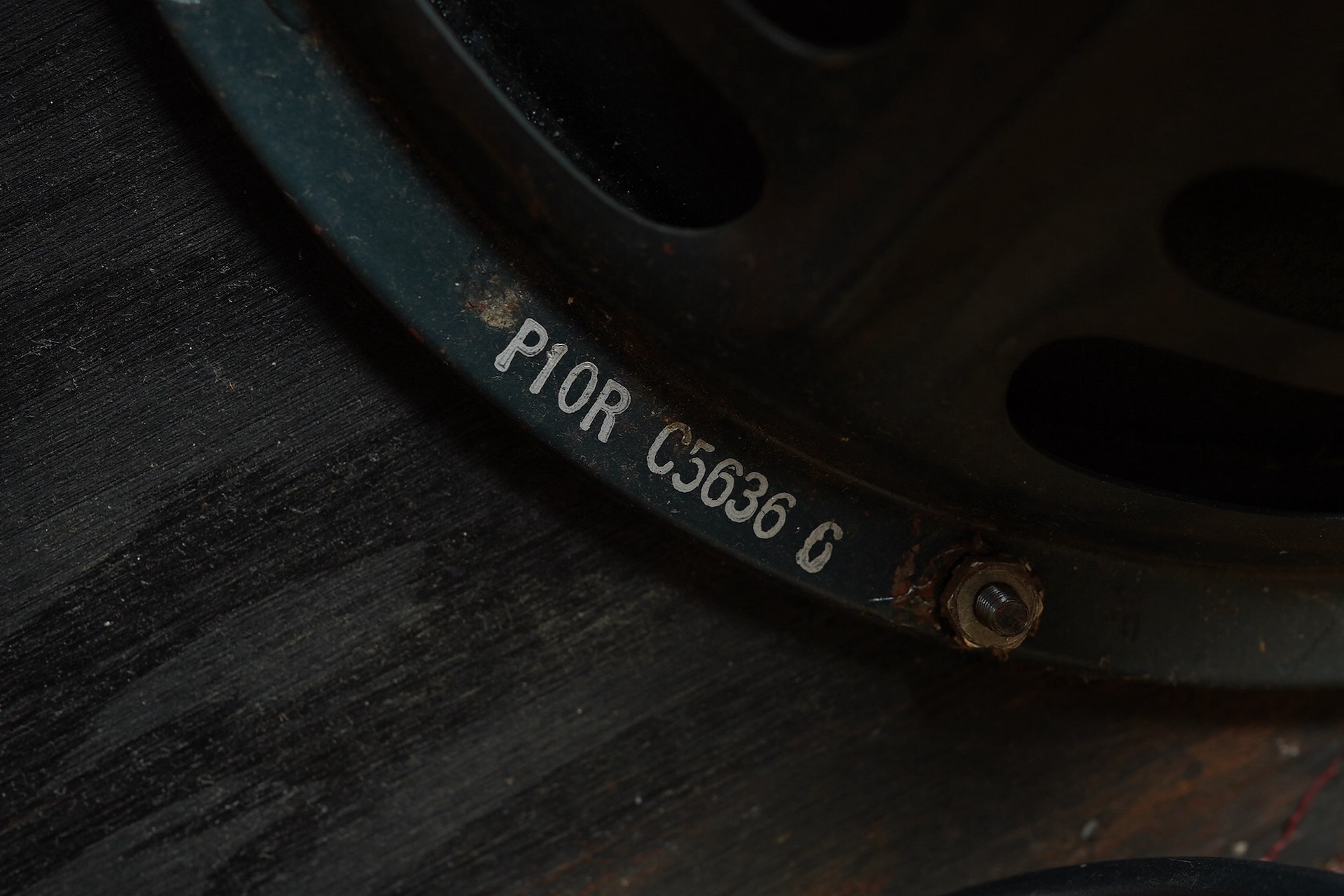 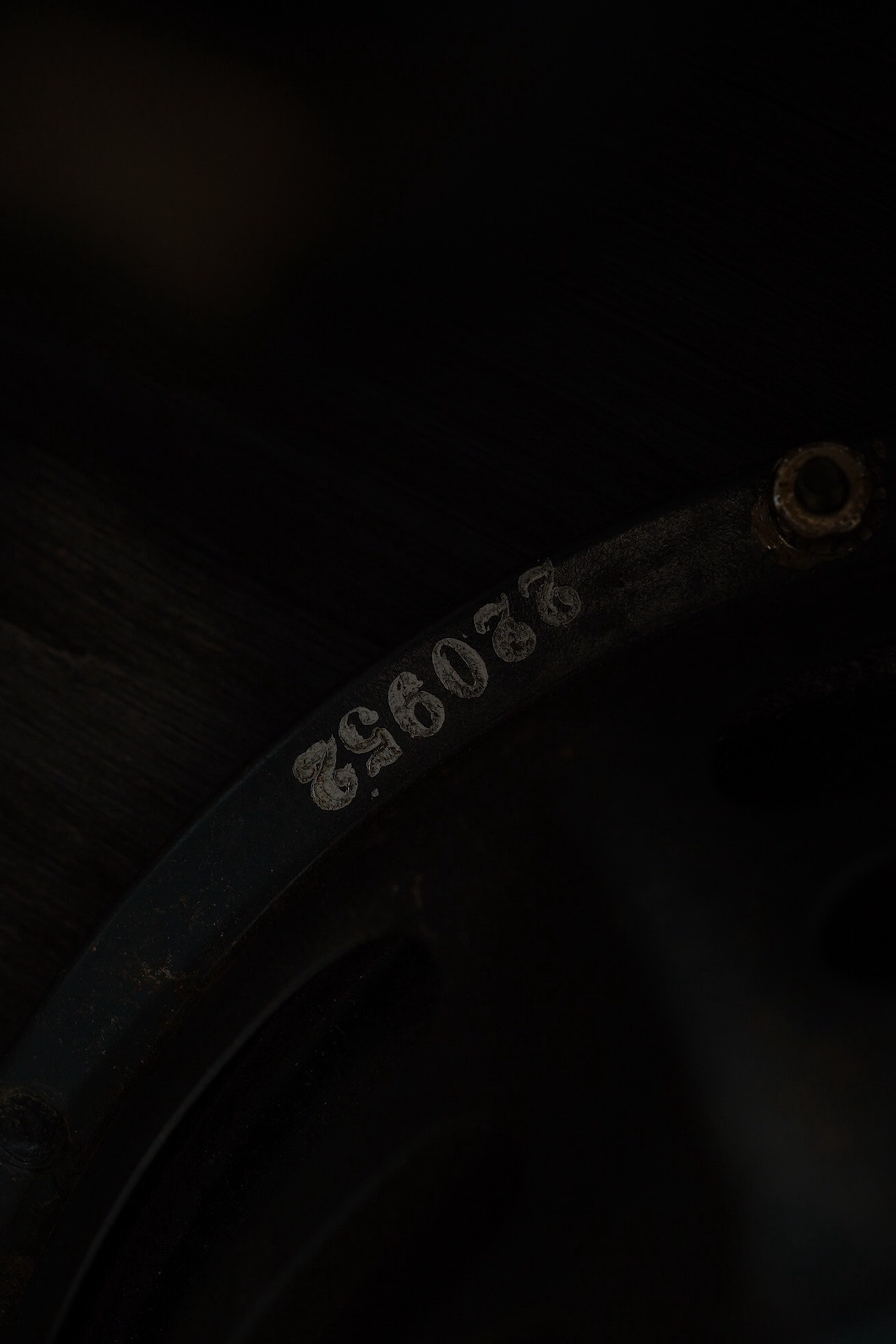 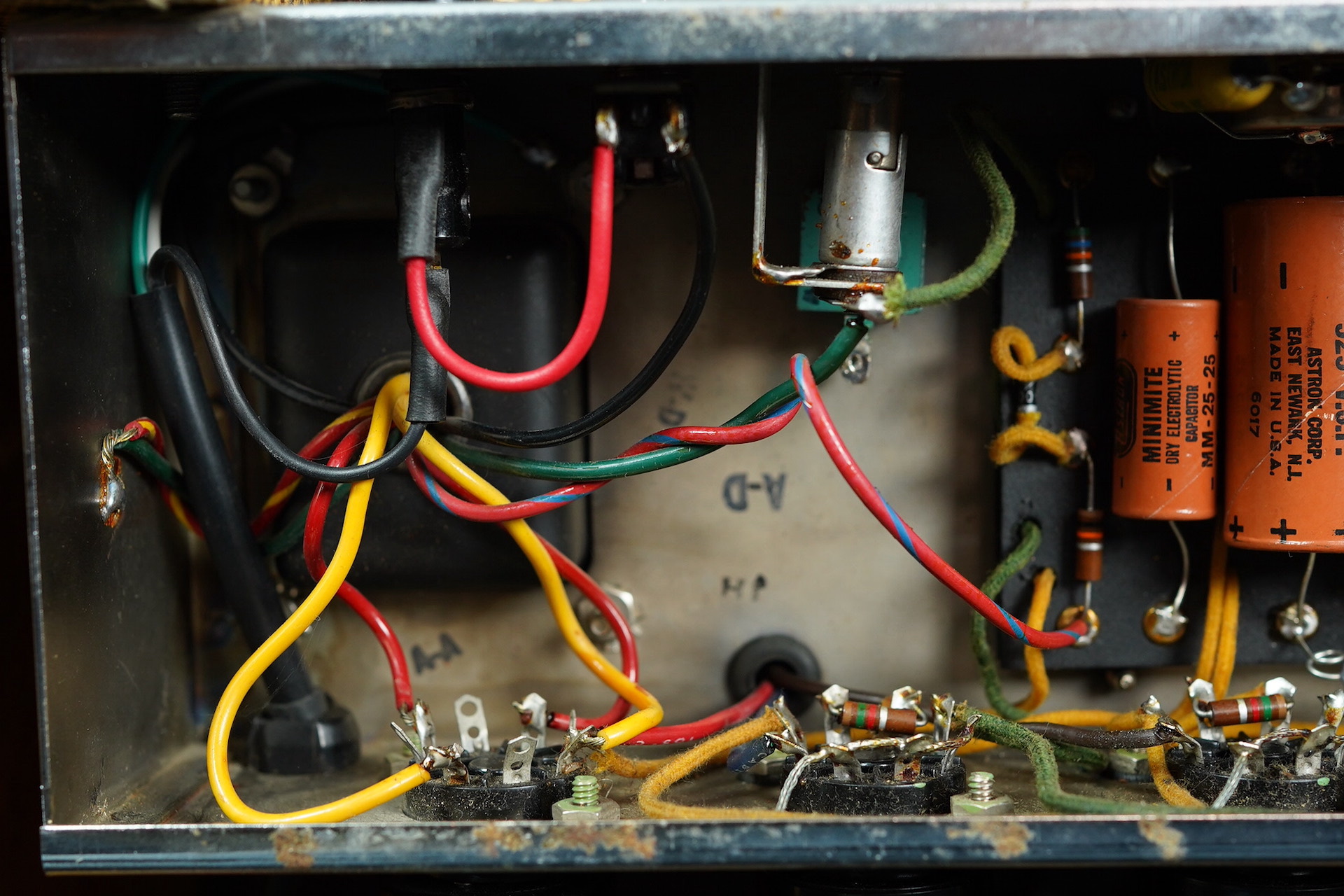 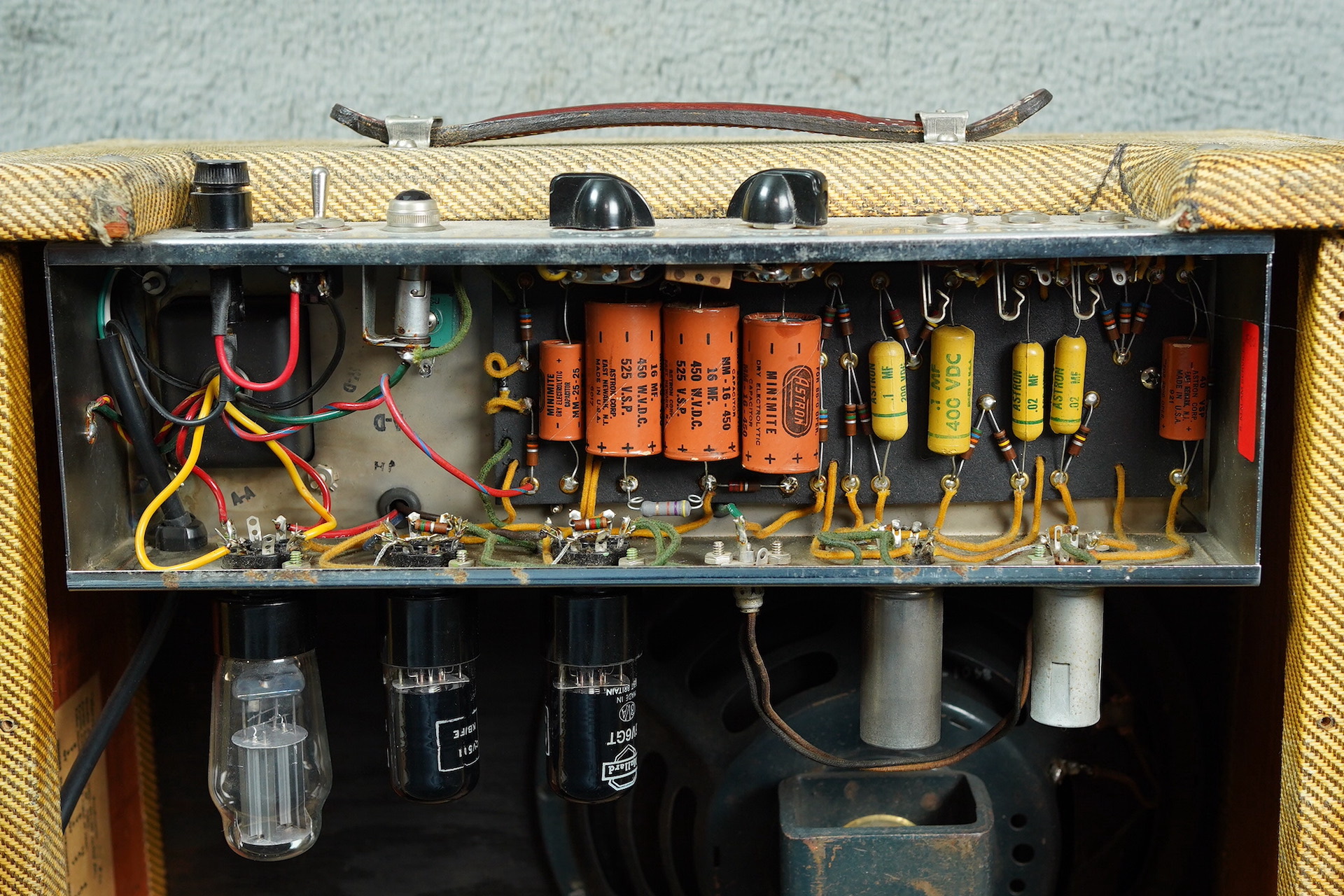 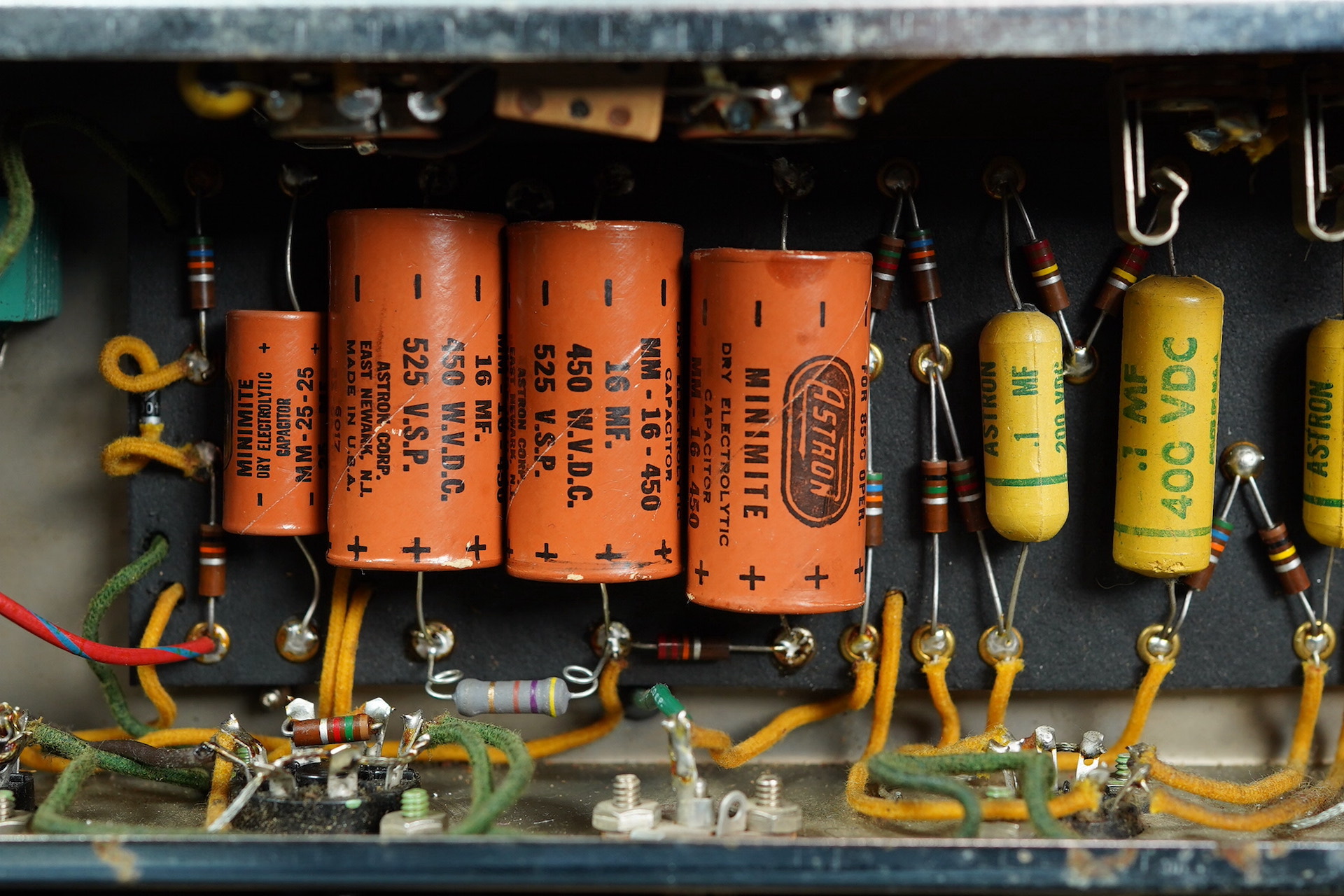 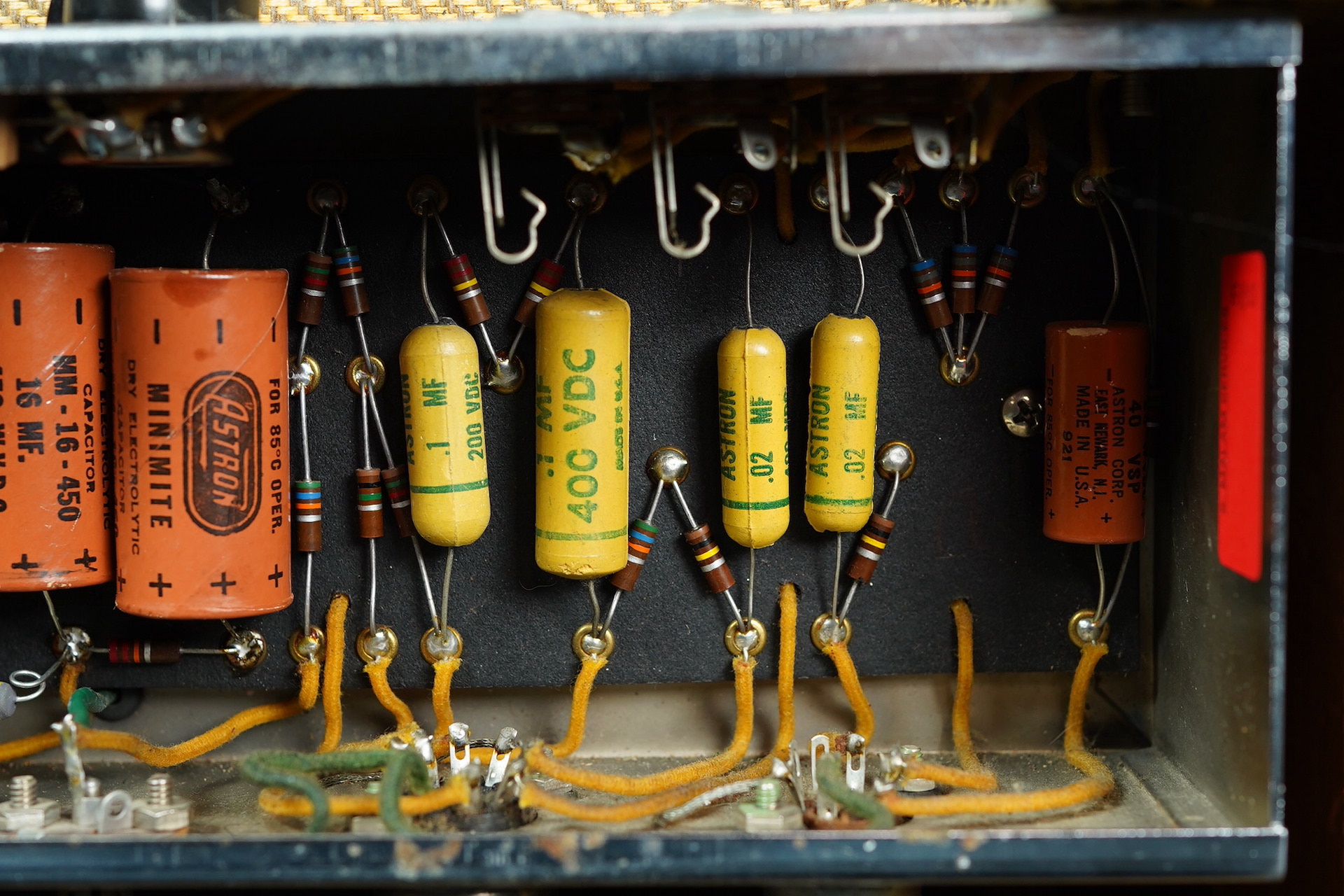 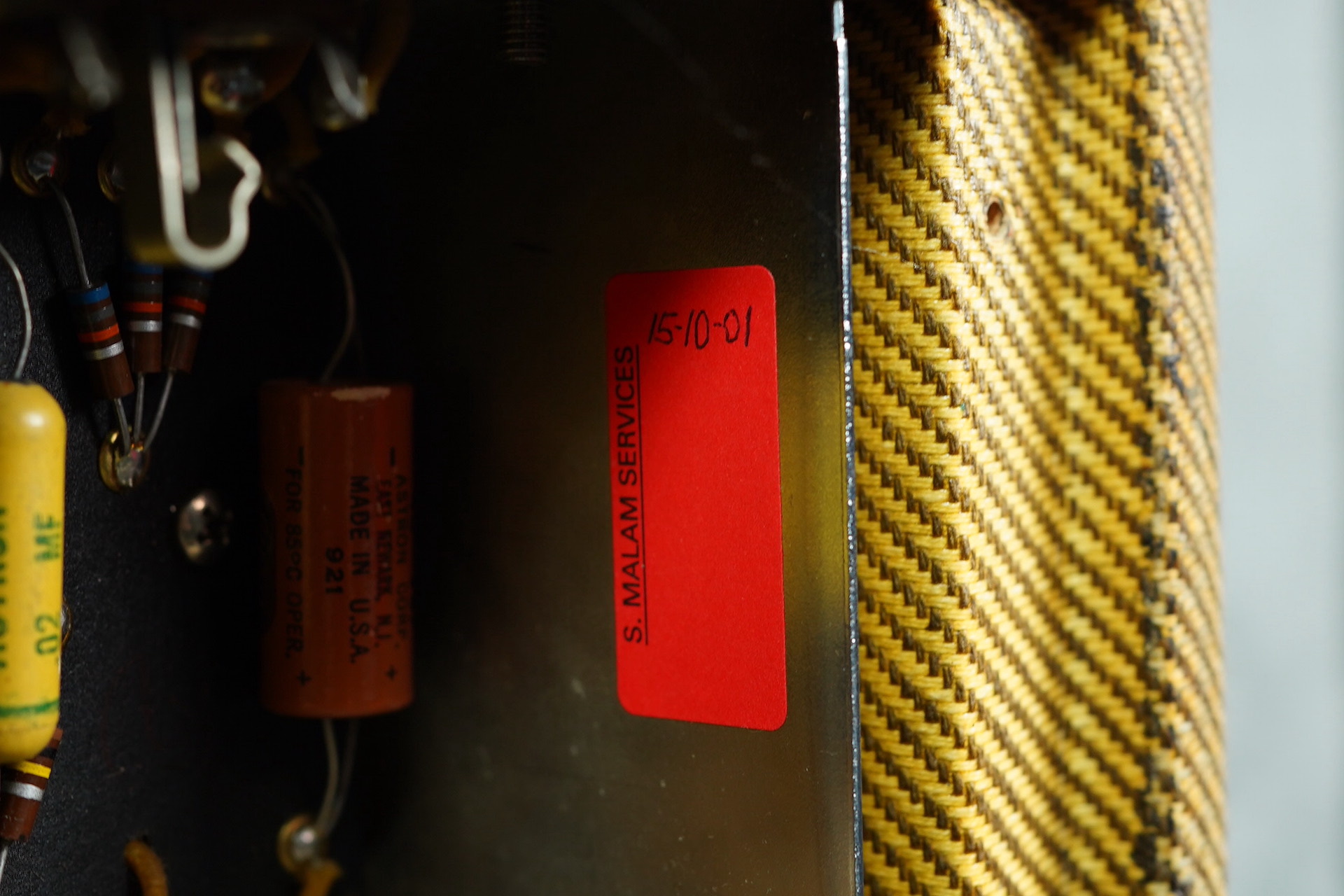 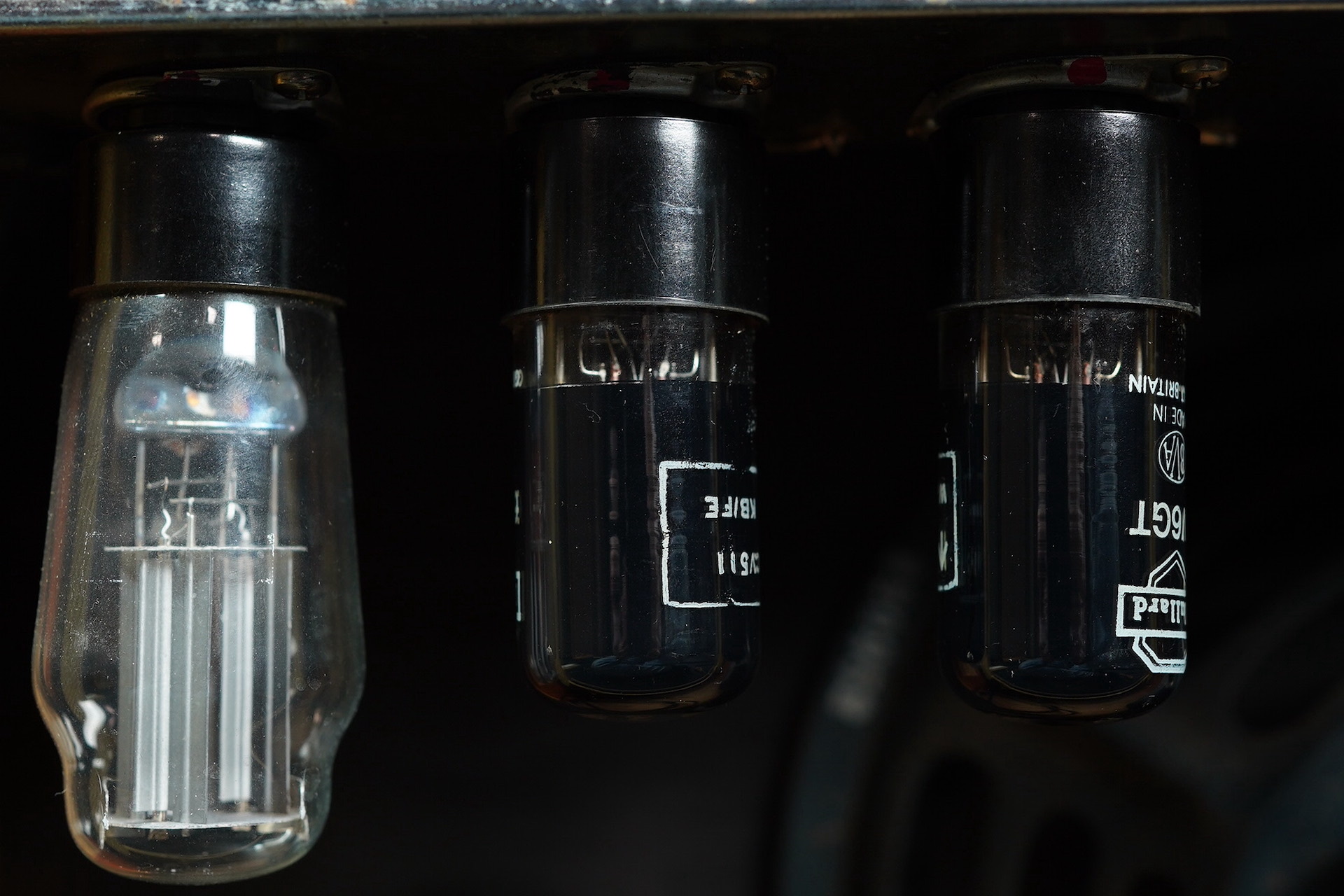 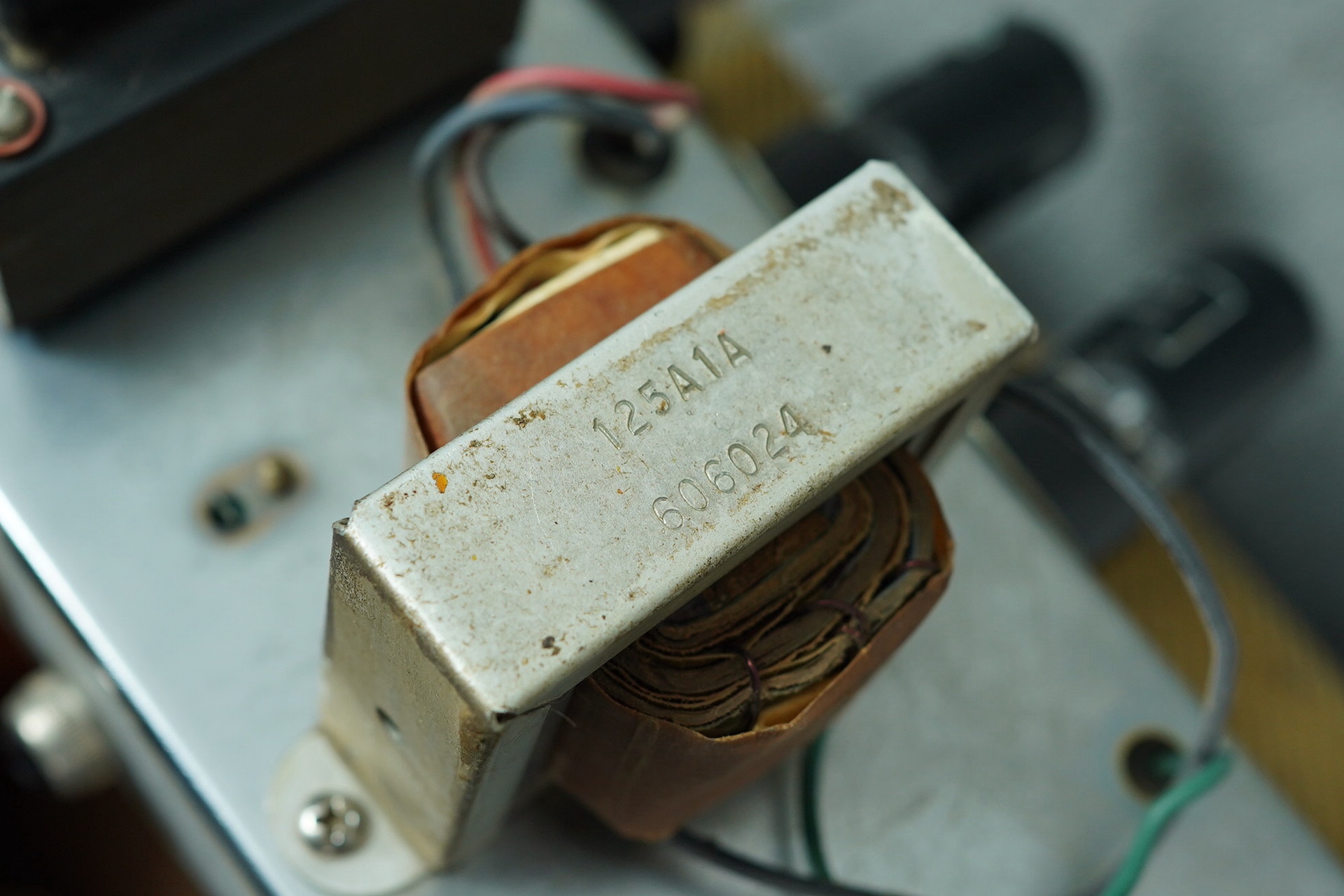 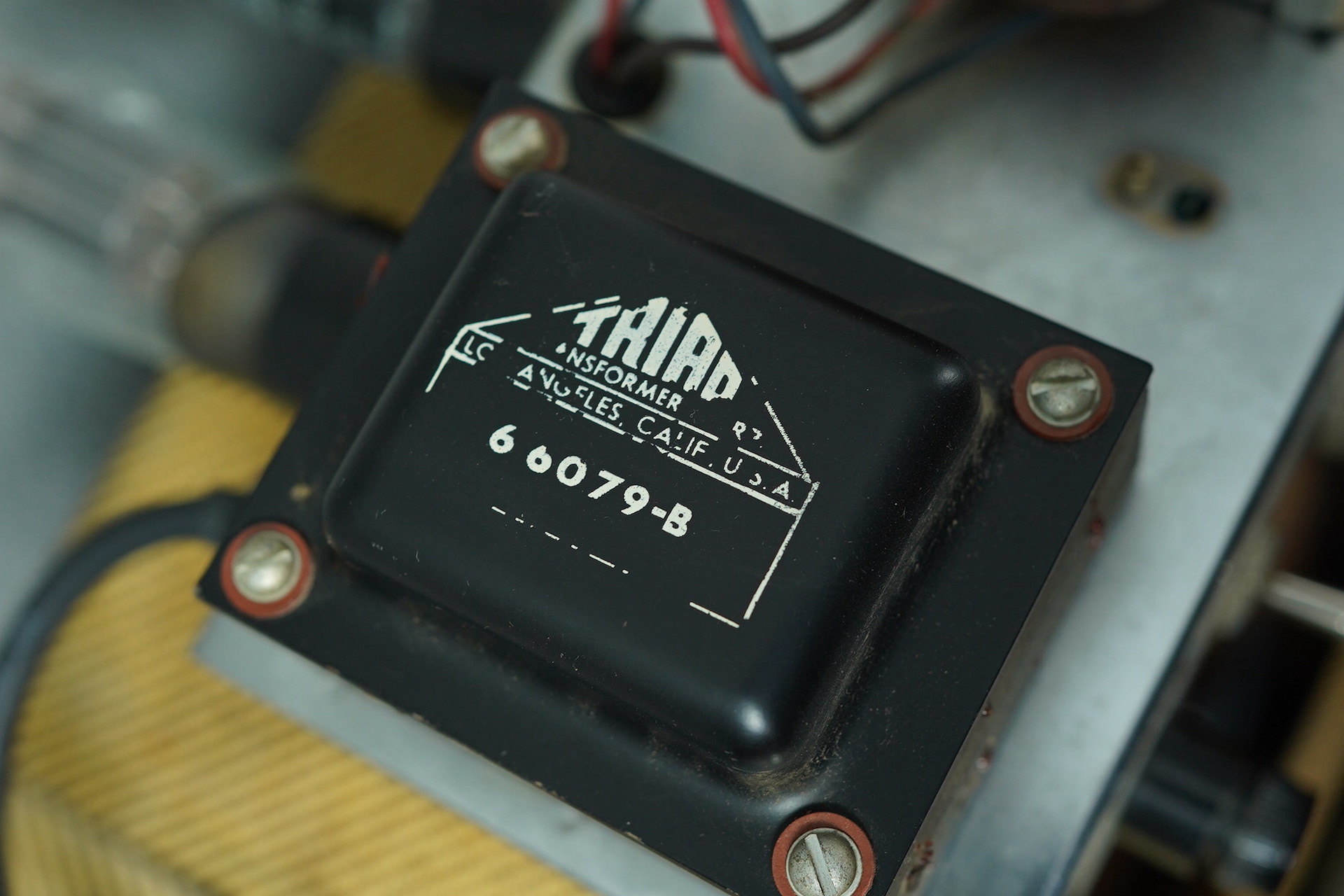 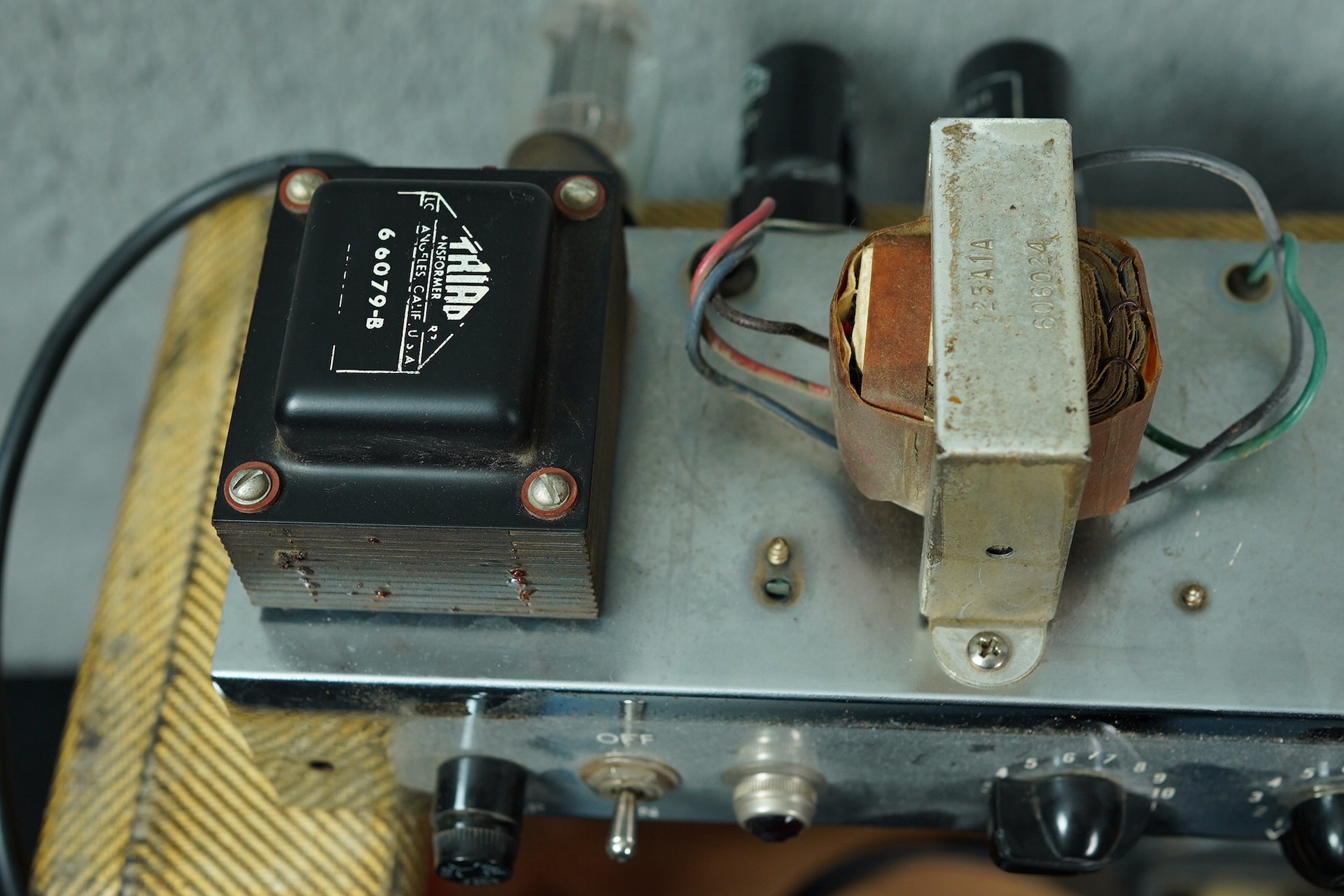 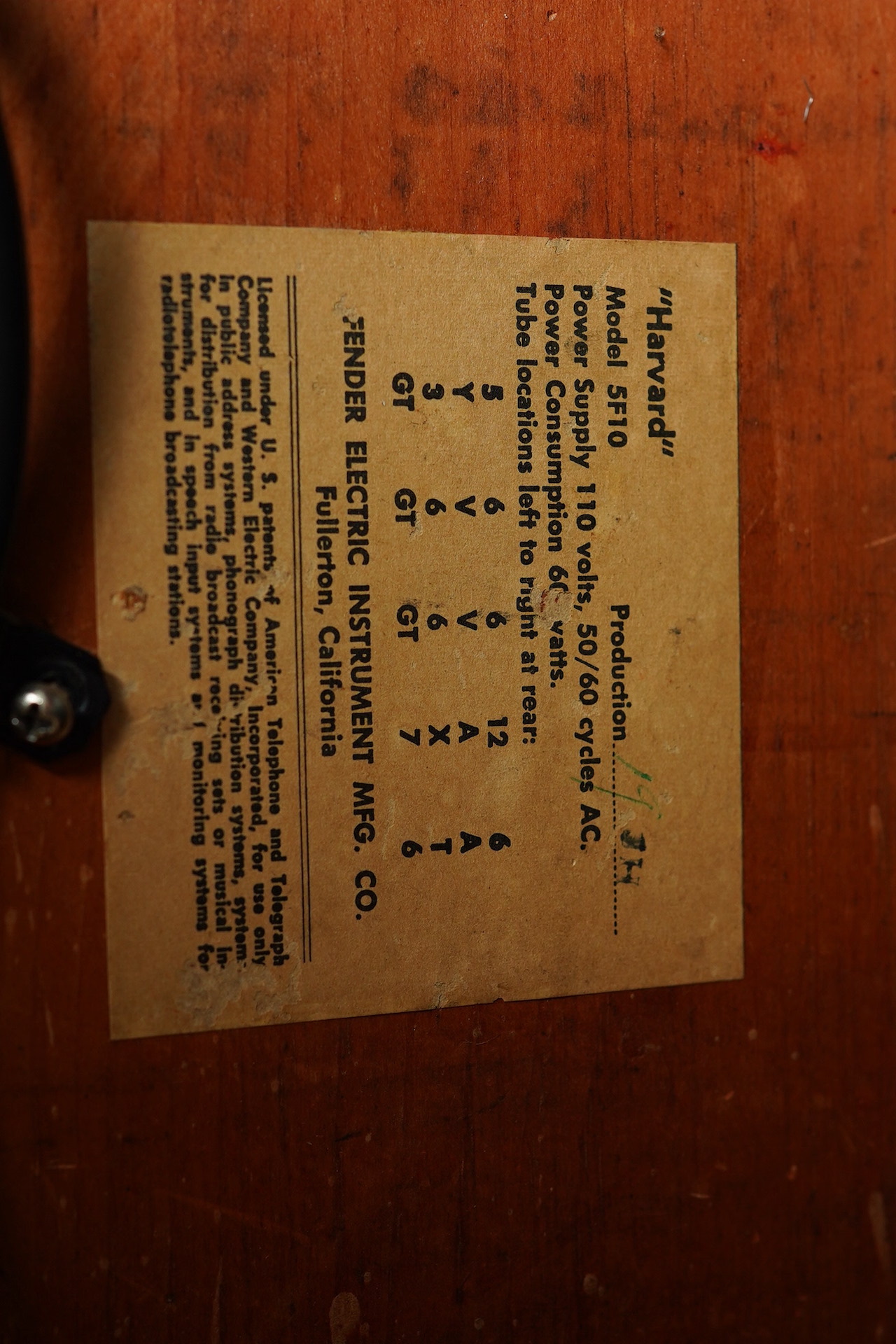 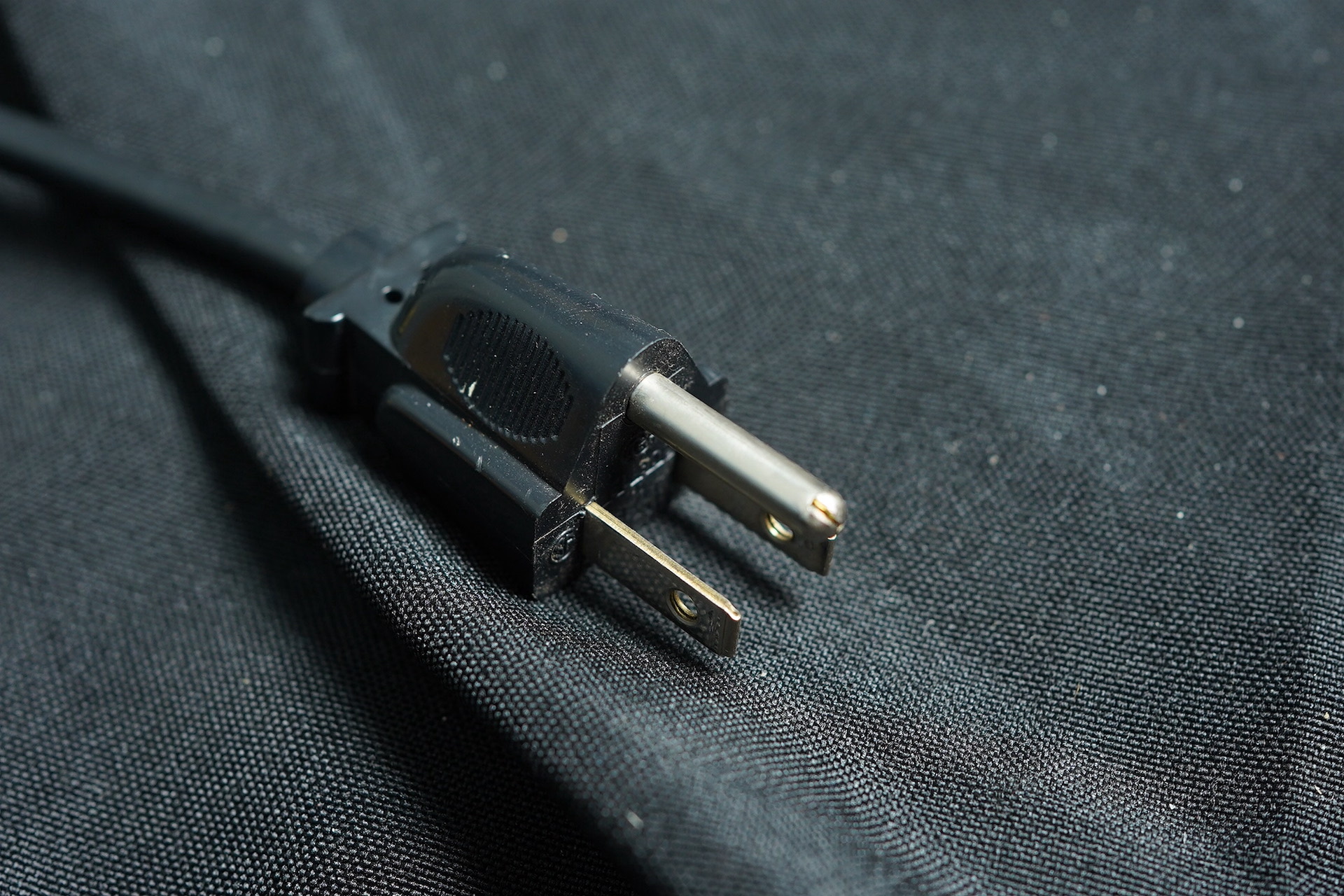