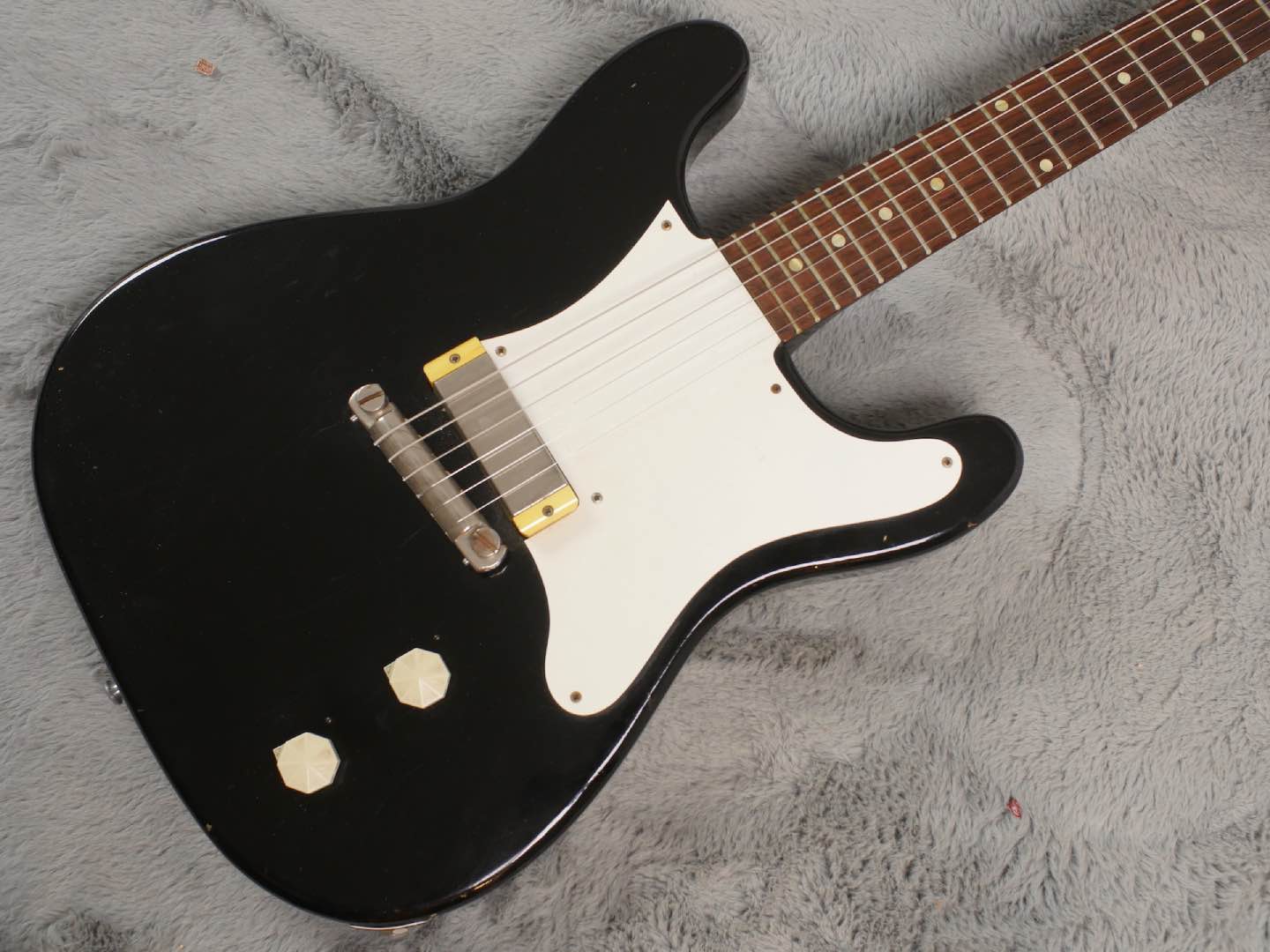 Hens teeth are far too common to be used as a metaphor for this 1959 Epiphone Coronet, though here at ATB Guitars we’ve seen two in the past 12 months. Maybe we should compare them to buses….

First produced in 1959, the Coronet was part of Gibson’s parent company CMI’s push to produce more solid body guitars following the purchase of Epiphone in 1957. Initially Epiphone parts were utilised to complete the orders, subsequently replaced with more common Gibson parts. This gave the early Coronet a unique look and sound and made these early examples more desirable with some may say, the coolest look a solid body, single pickup guitar ever had…

What strikes you about this guitar is the phenomenal condition. There’s the odd dink but nothing that detracts from the stunning black finish. The body shape is so distinctive and is certainly one of the calling cards of the Coronet and differentiates it from its cousins.

The neck is another unique feature of this guitar. The pronounced V brings to mind 56-57 Fender neck profiles but on steroids and is very comfortable to play. As with the body, the condition of the neck is very impressive. No wear is visible to the back and the fretboard is perfectly smooth. The original frets show very little signs of wear. The headstock bears a few knocks but nothing too serious.

The plastics, including the unique Epiphone 8 sided knobs are in great shape. The hardware shows a little sign of corrosion but this is only minor.

The pickup might be the third noteworthy feature of this guitar. The ‘New York’ (originally known as the Tone Spectrum) pickup looks like a mini humbucker but is in fact a single coil as found on Epiphone arch top guitars such as the Regal and Zephyr. Measuring at 6.6k its definitely no slouch but not quite the DC resistance of a P90. Electrically, nothing seems to have been changed and all solder joints are untouched.

The guitar comes with its correct cardboard case, plus a rare, original hang tag for this guitar - the first we have ever seen.

Although this guitar is certainly in Junior territory with regards to stylings and accoutrements, it has its own sonic footprint. The single coil pickup produces a more hi-fi sound which still retains all the richness that you’d hope for in a single pickup guitar. It isn’t shrill or thin but doesn’t have the brute force that is present with a P90. As such the tone is somewhere between a P90 and an early PAF humbucker but you can push the amp a bit more before things get to saturated.

In a world thats full of guitars from the big two its so refreshing to find these guitars from makers that should not be overlooked due to a prejudice. This Coronet stands up alongside any similar single pickup guitar not only as an instrument but also as a collectable piece. Grab this one before it gets away. The last one did not last long at all… 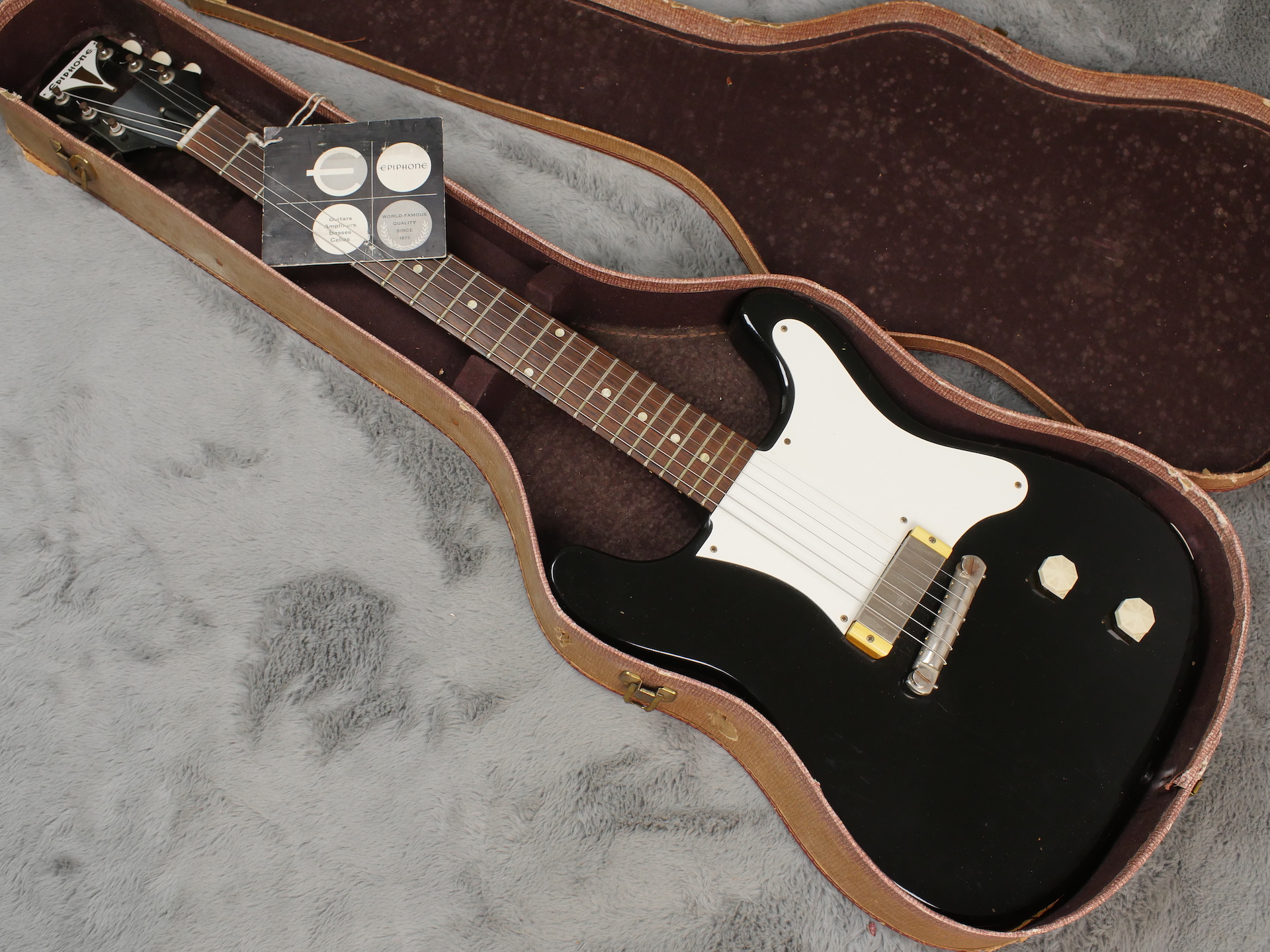 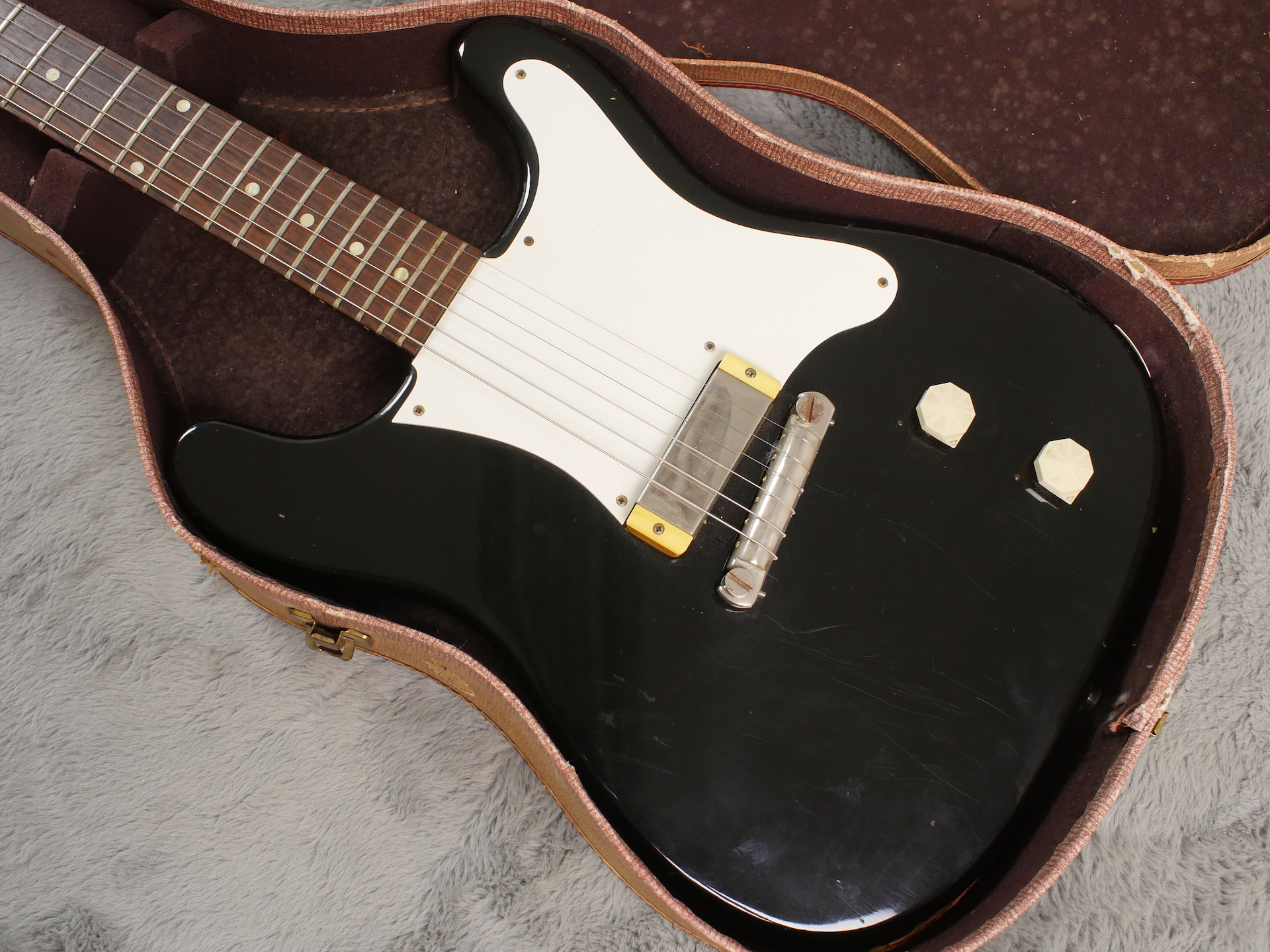 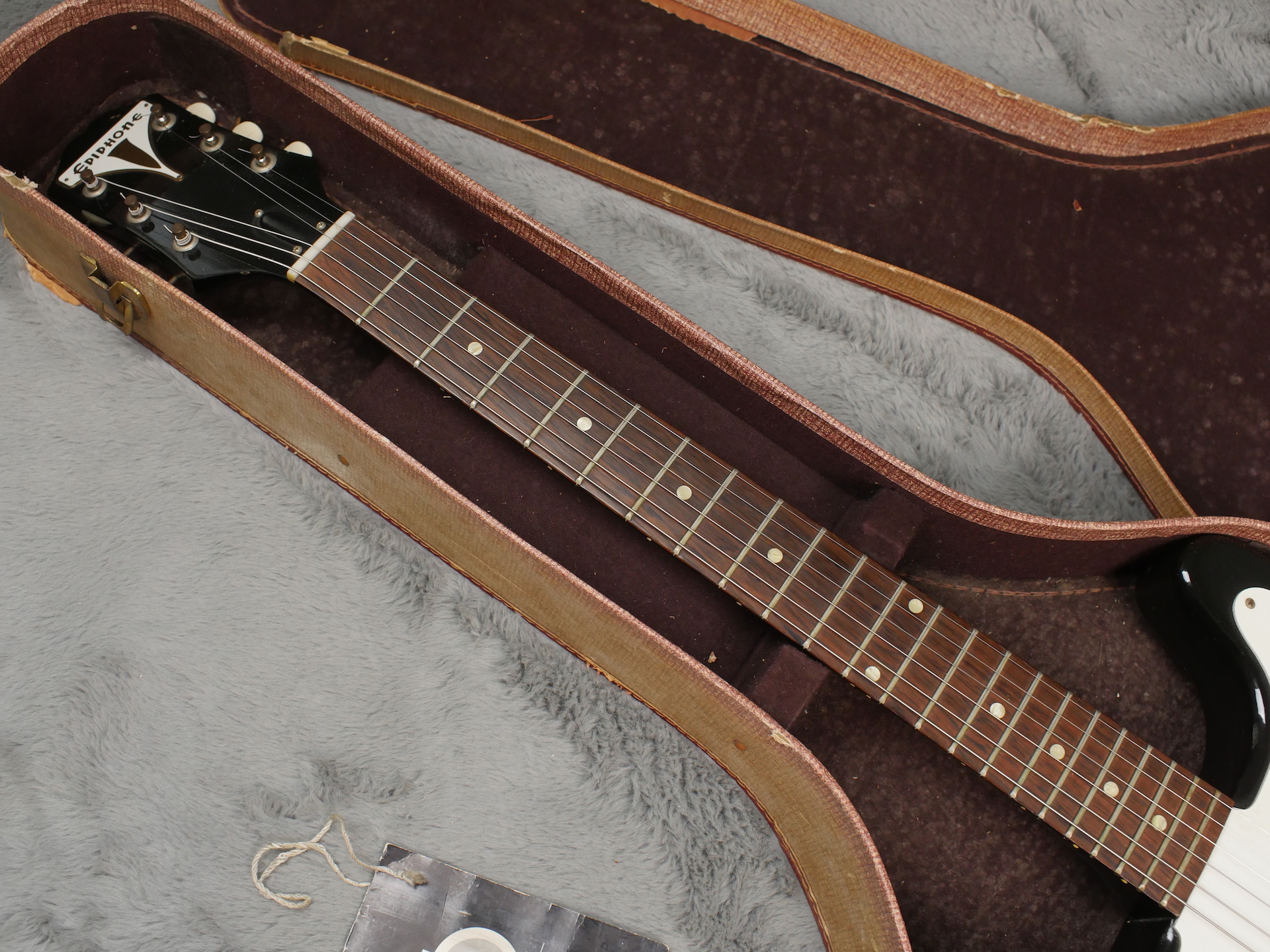 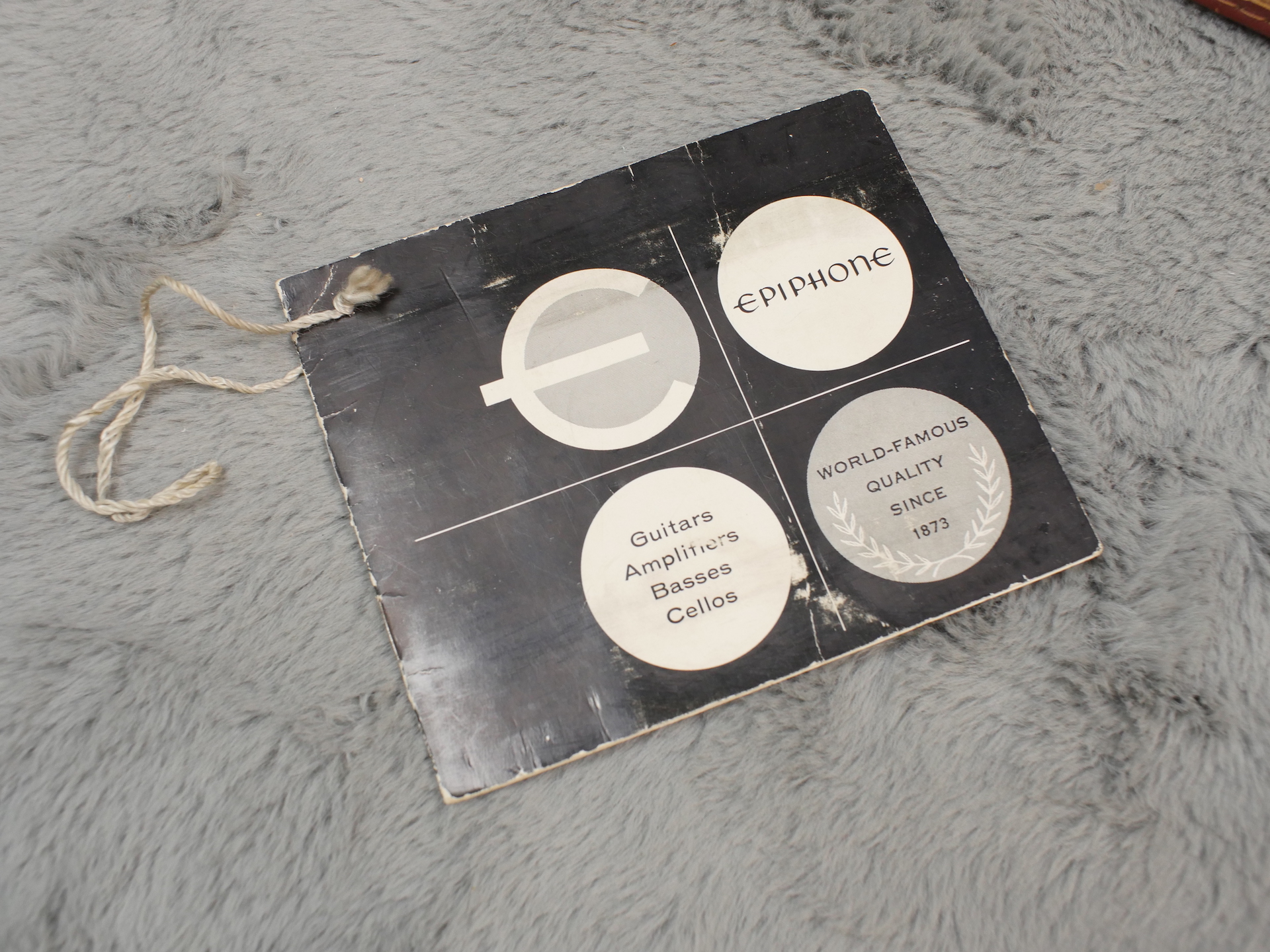 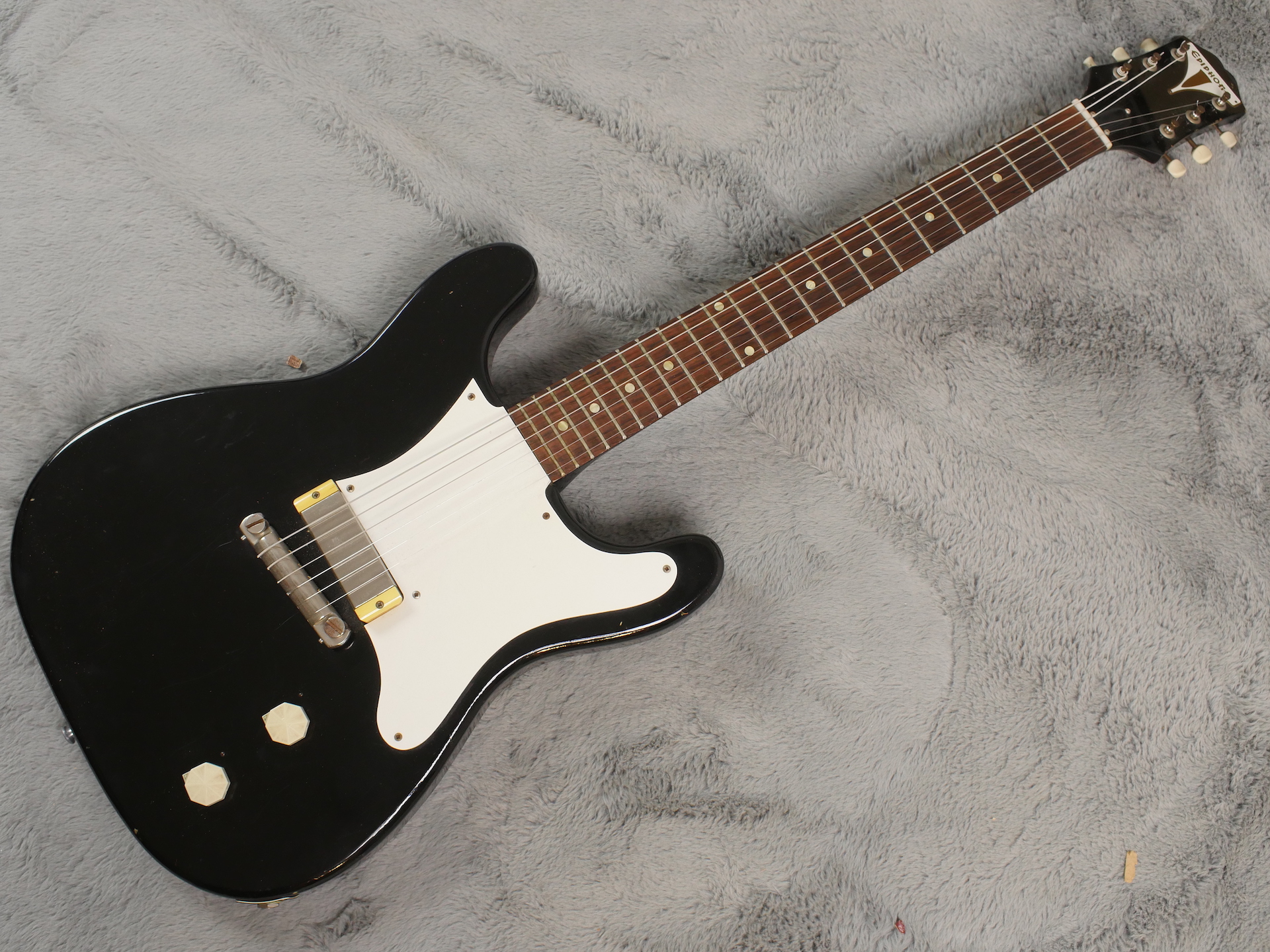 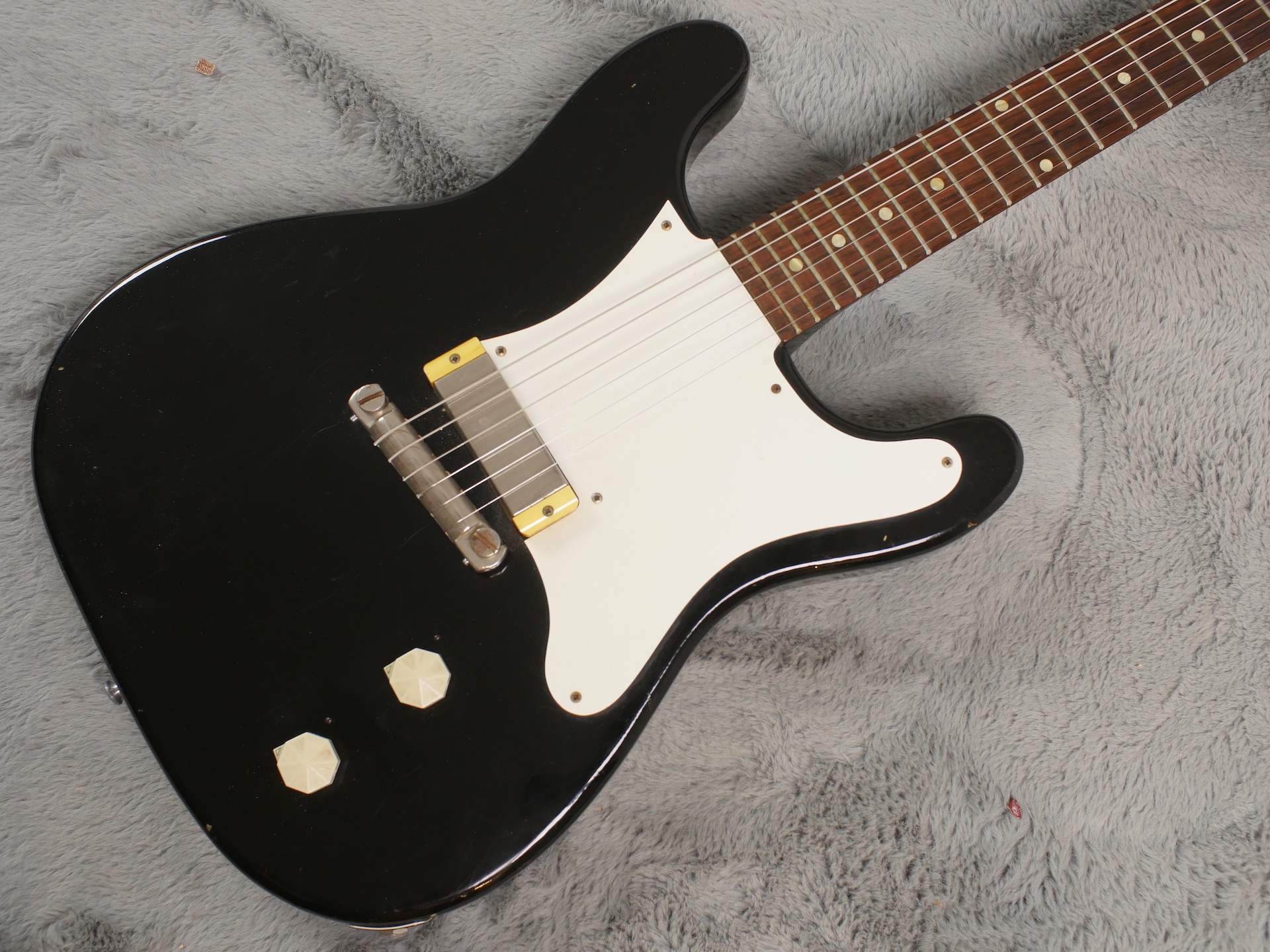 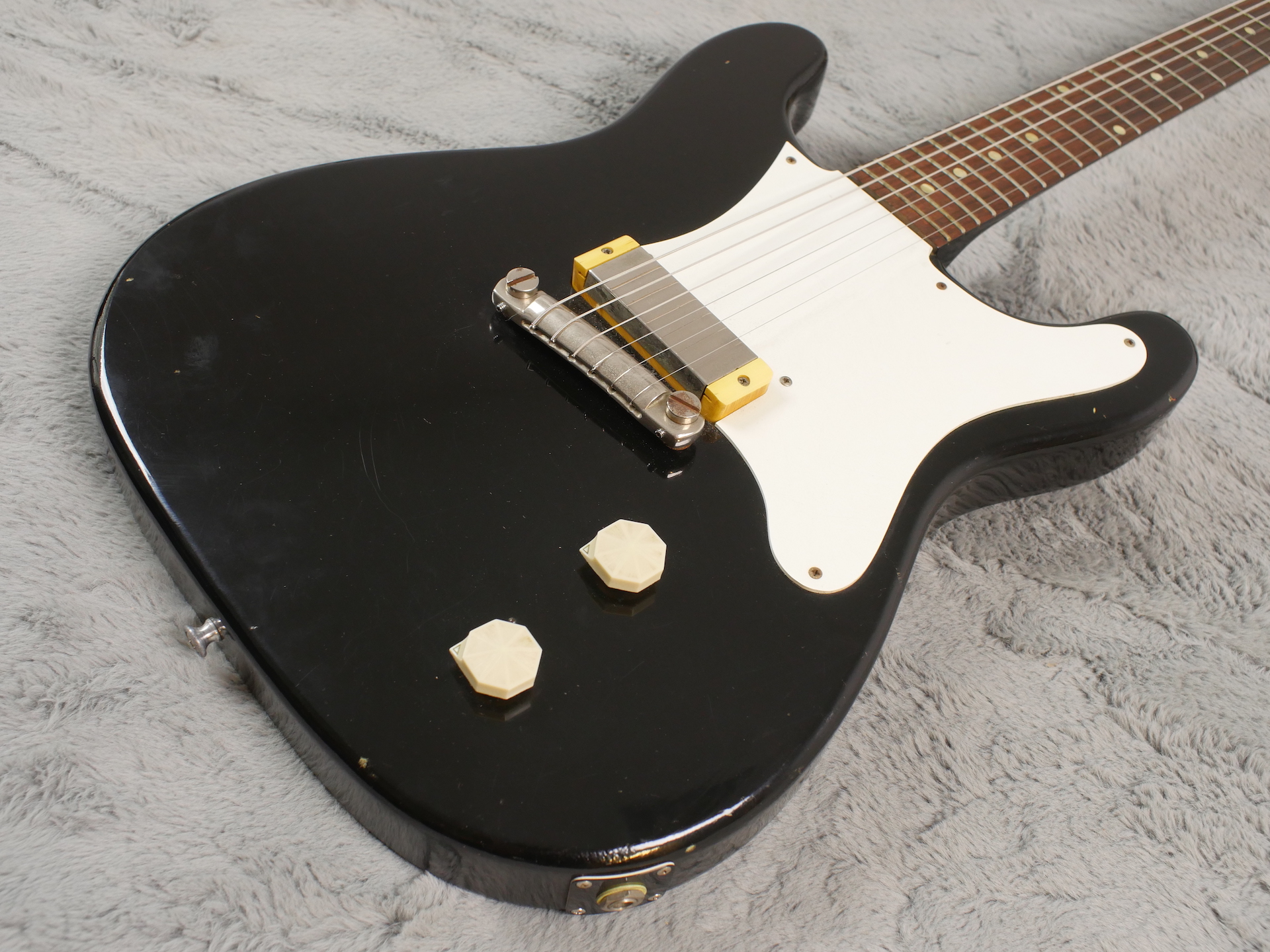 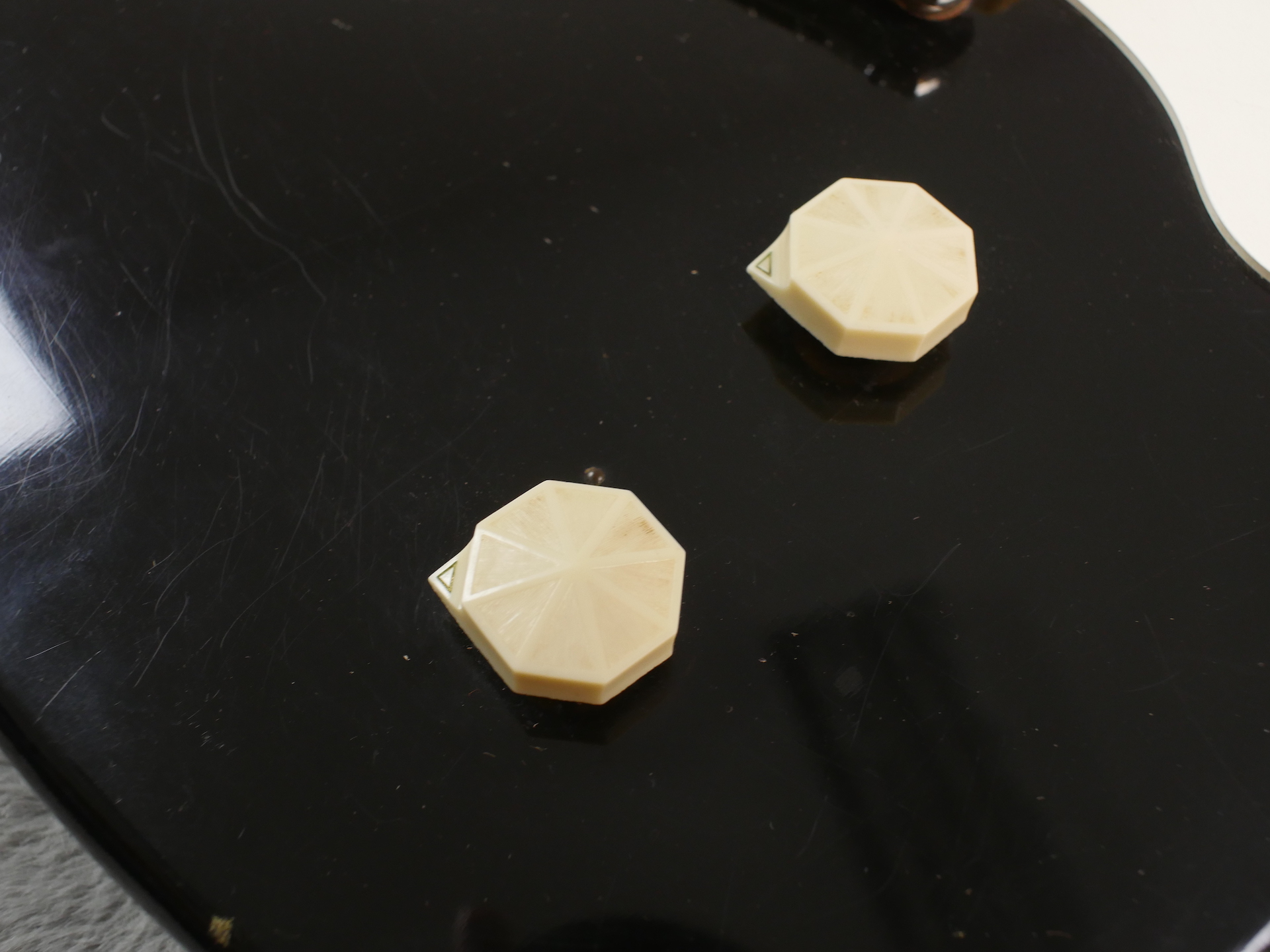 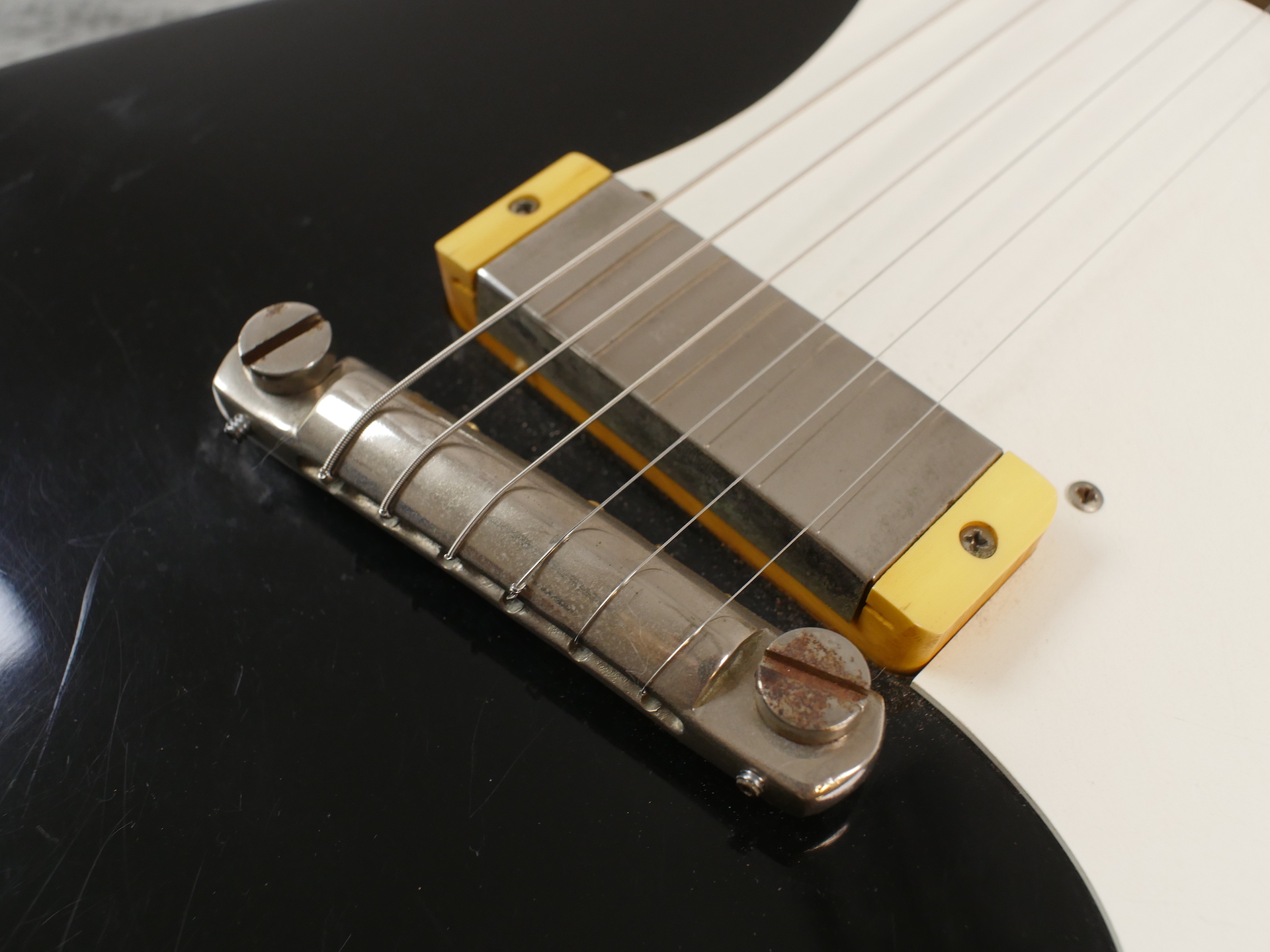 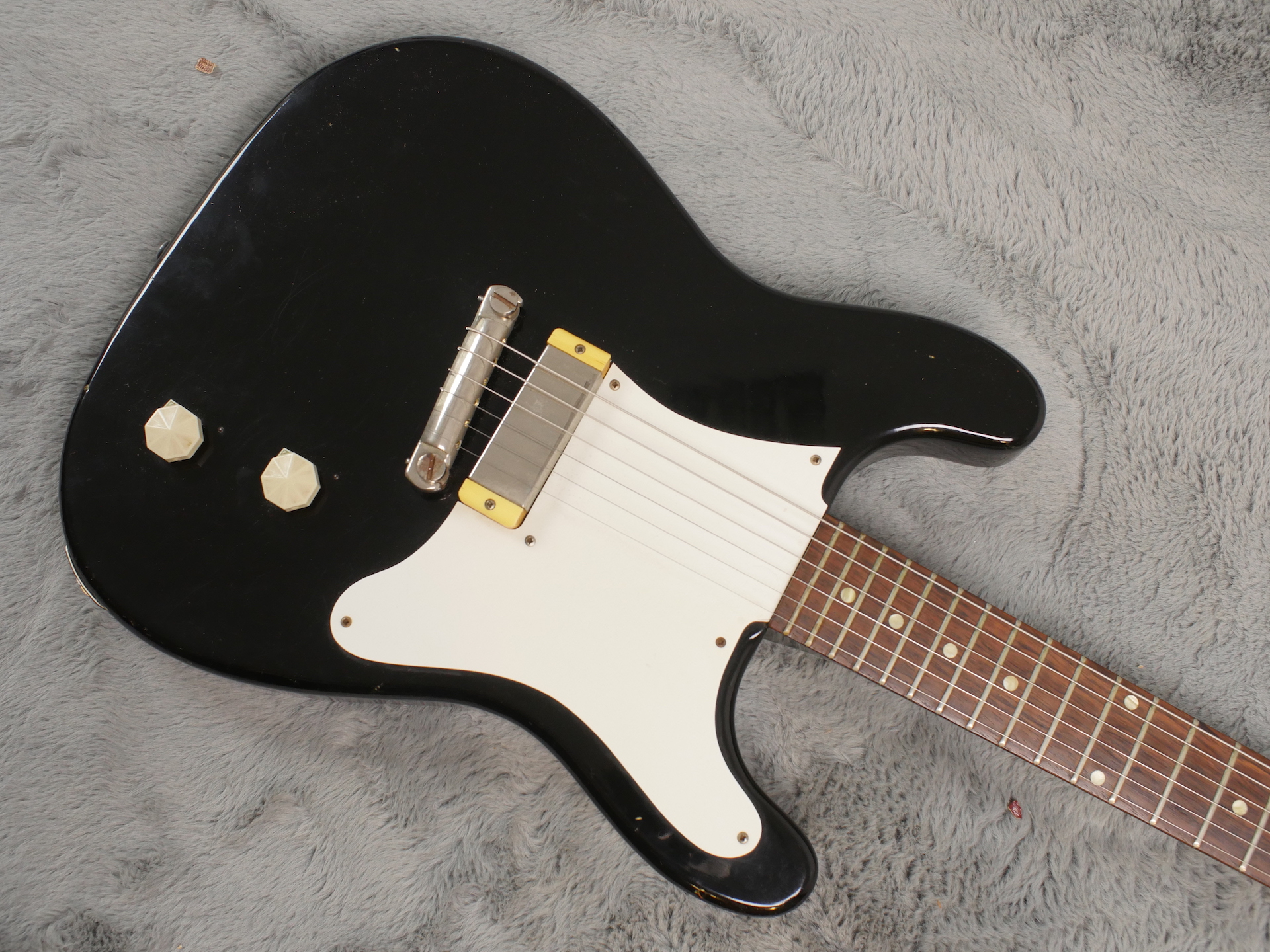 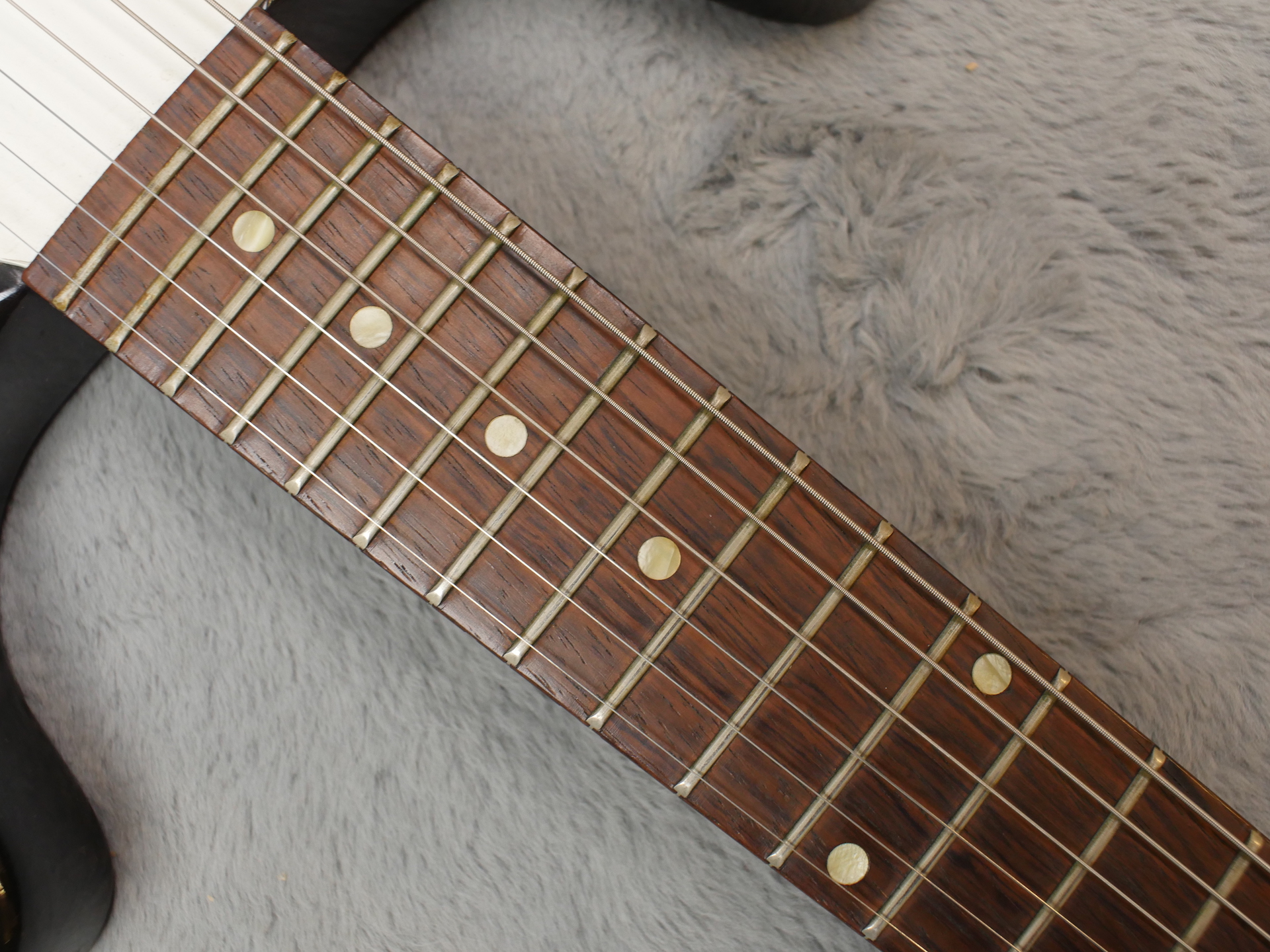 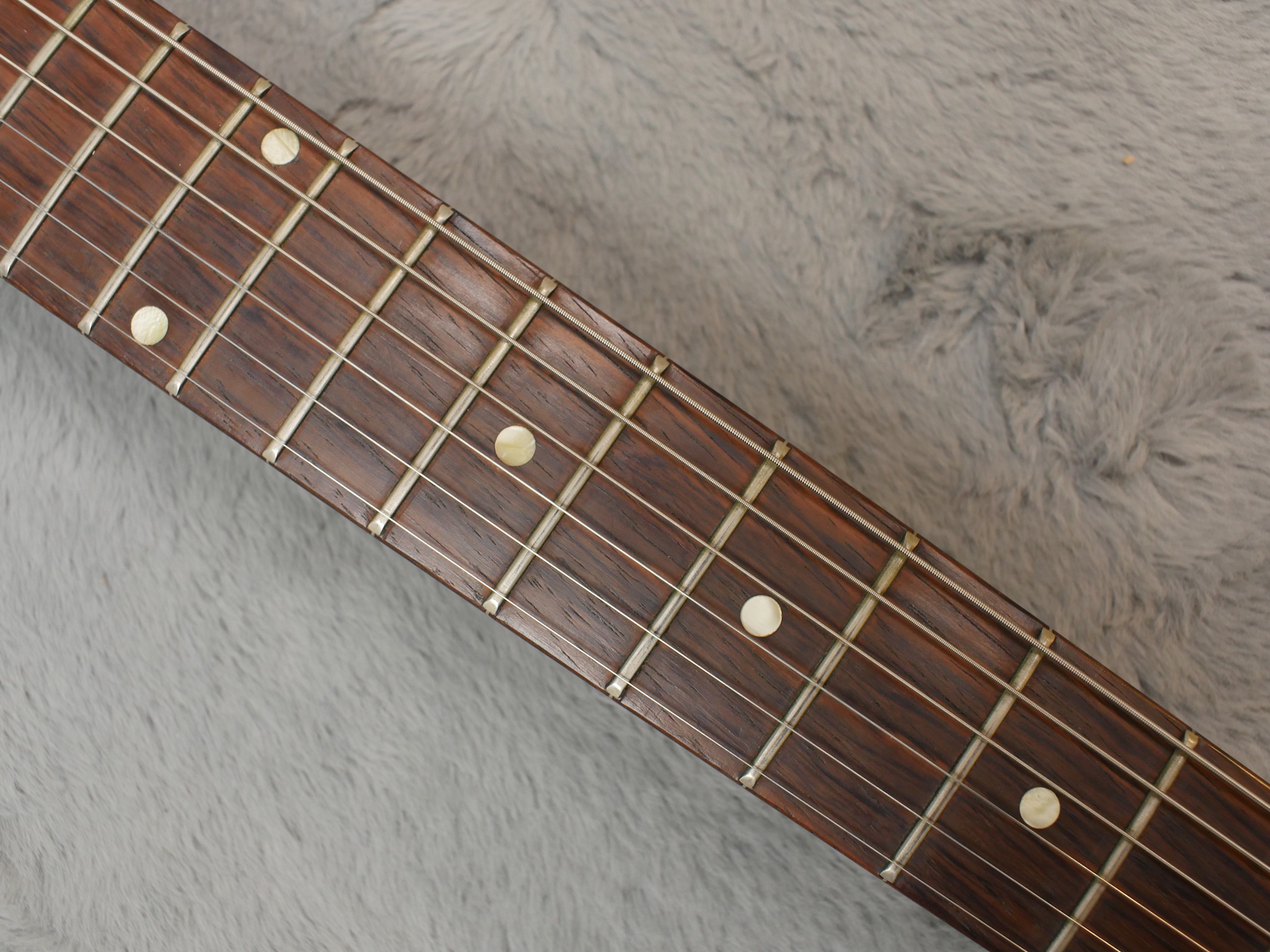 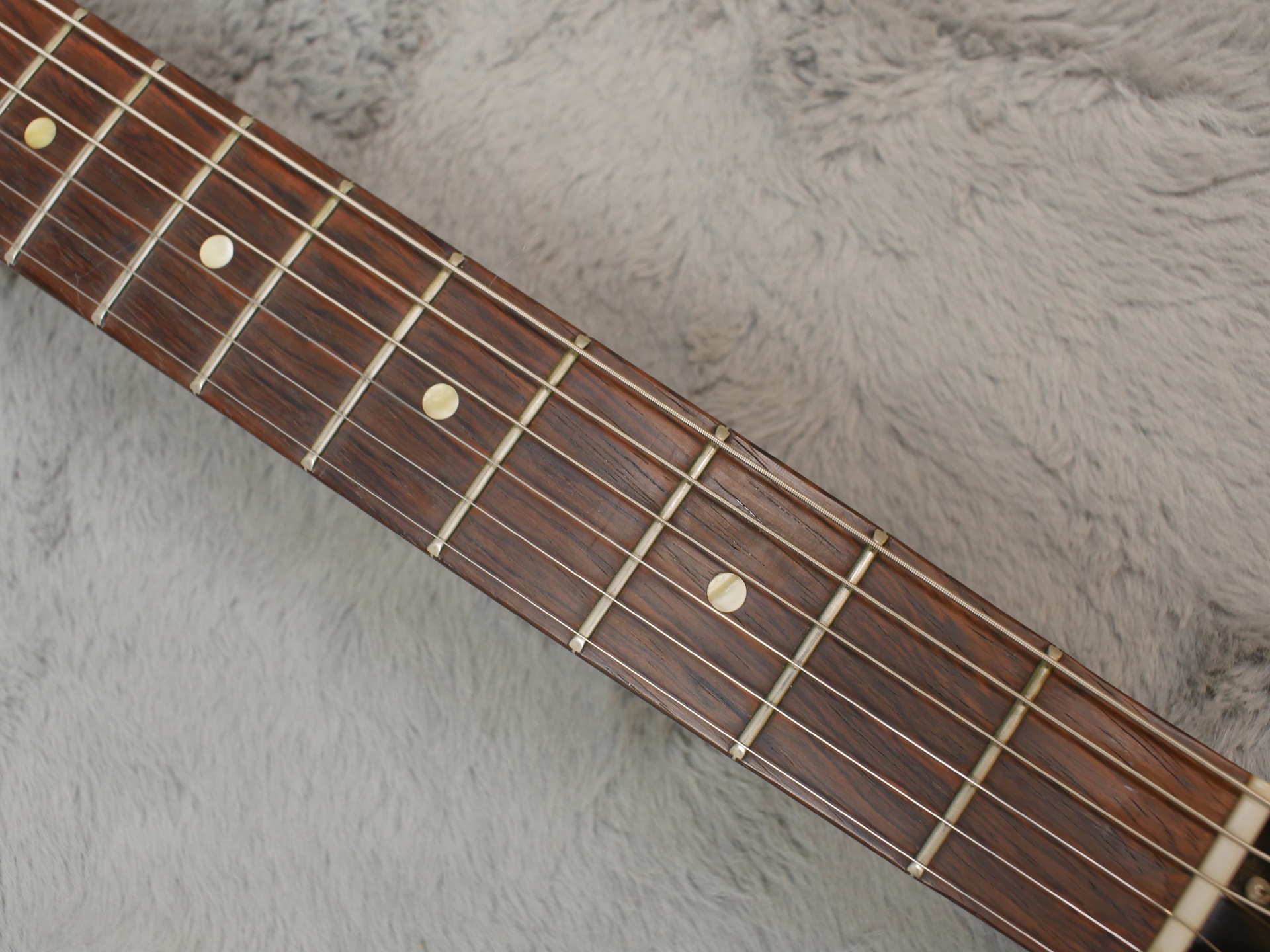 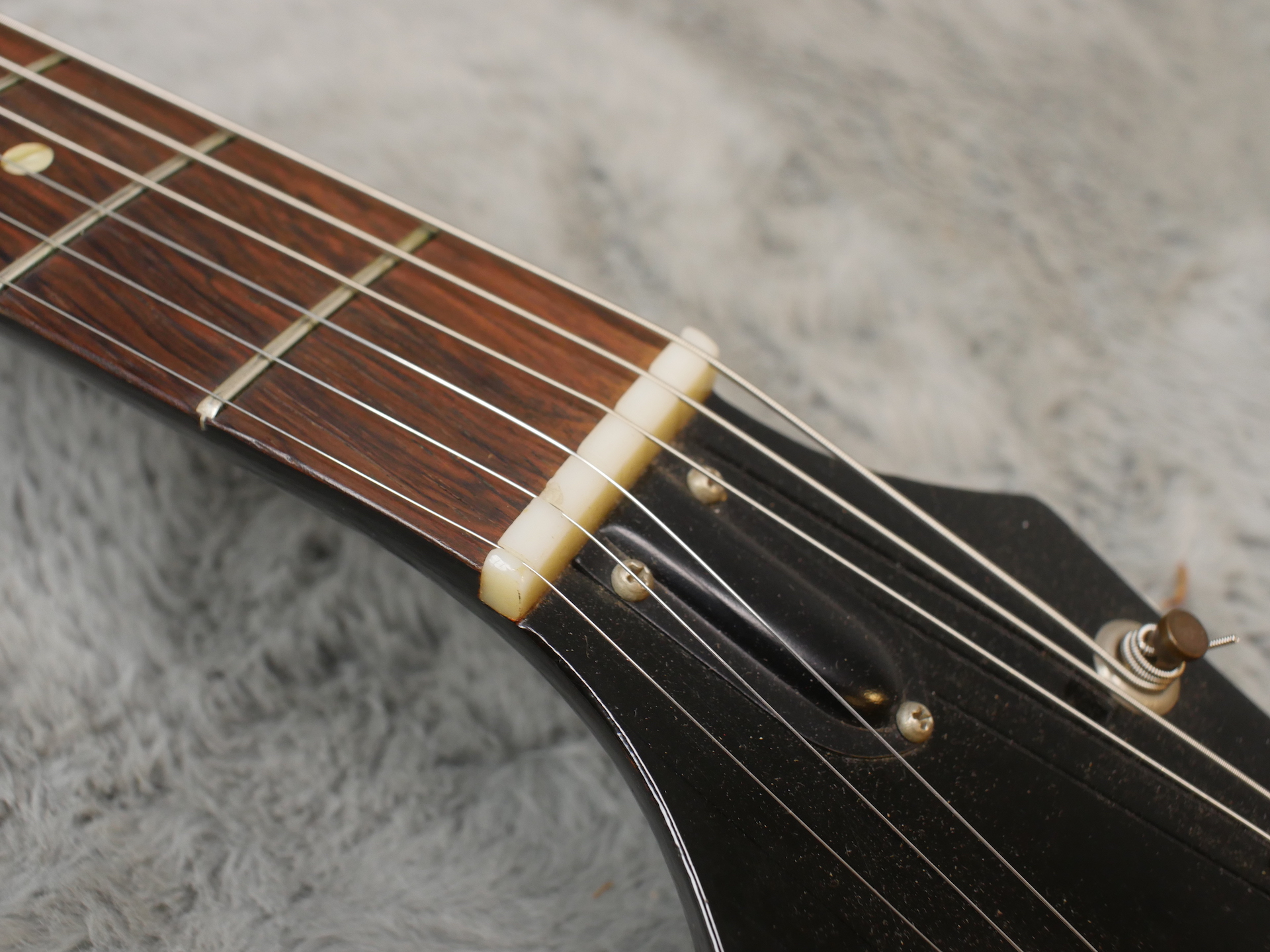 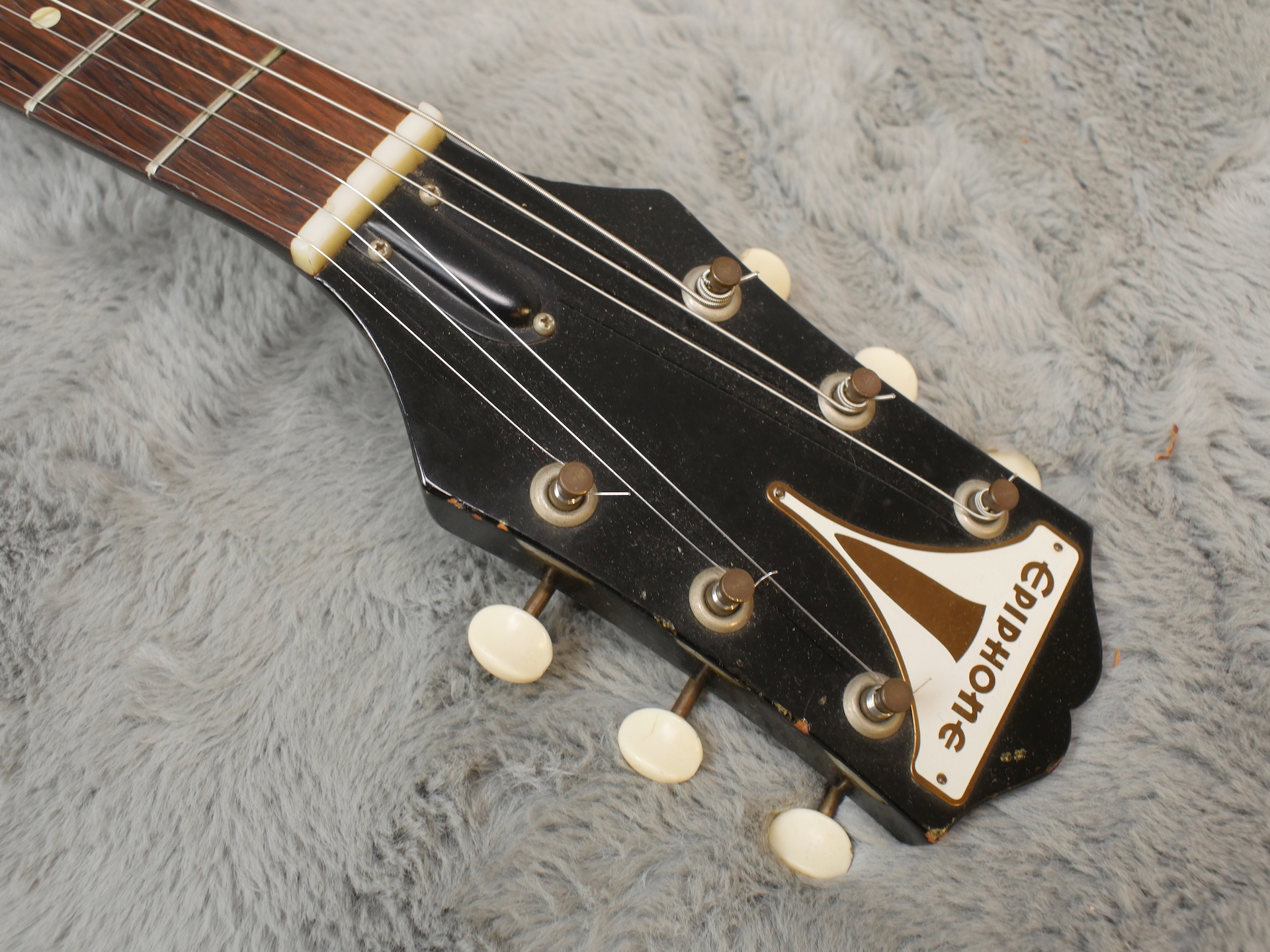 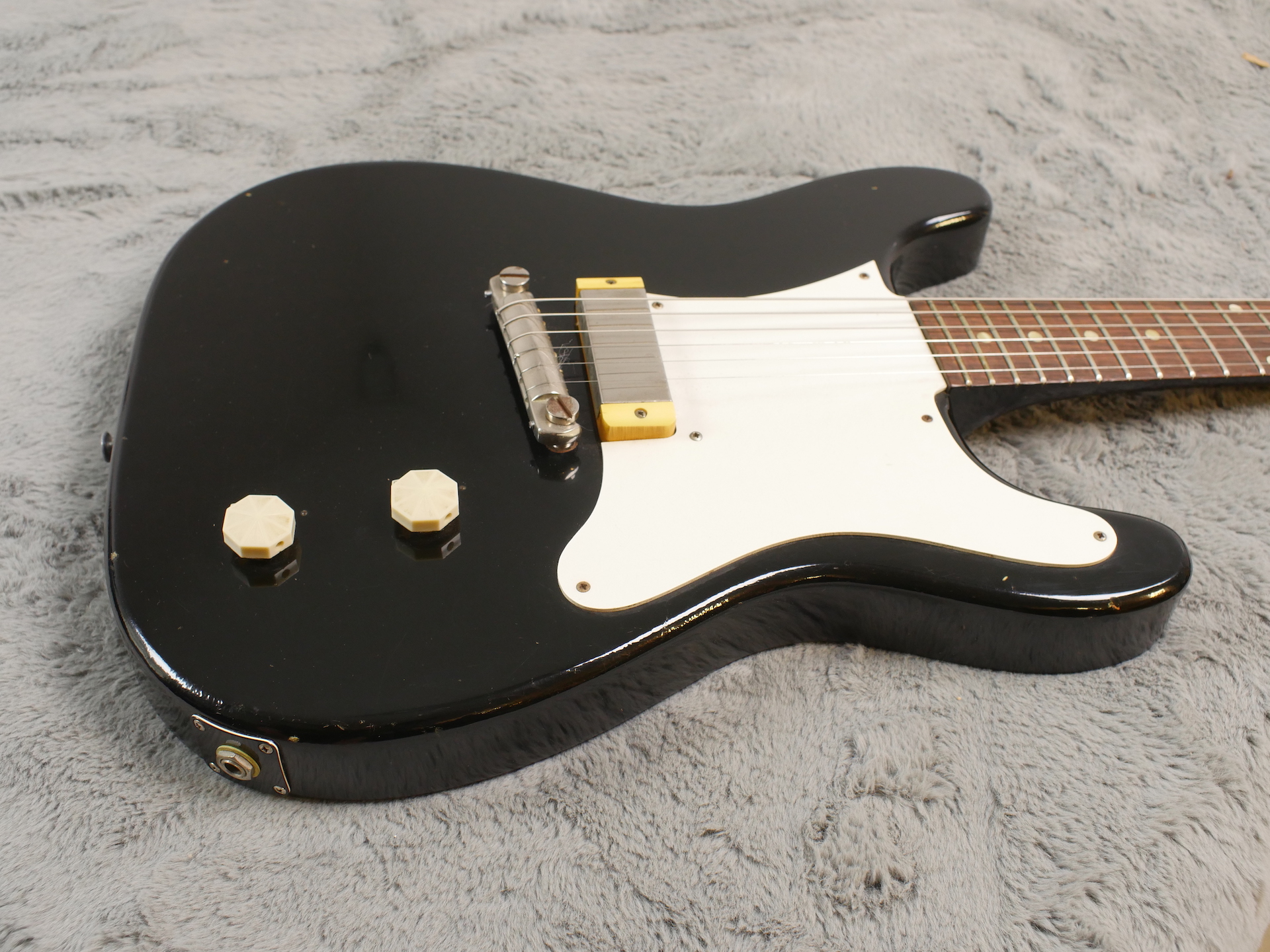 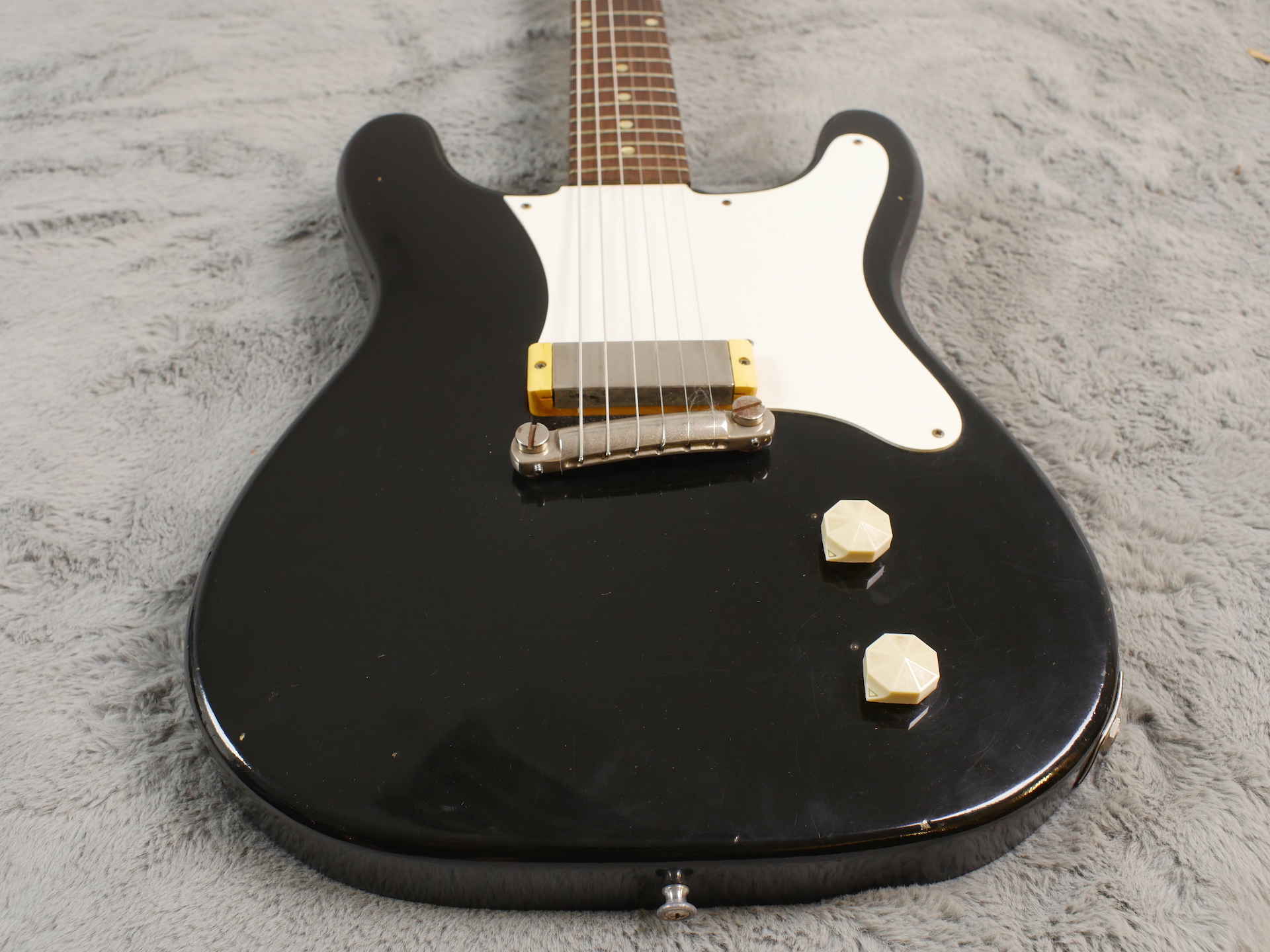 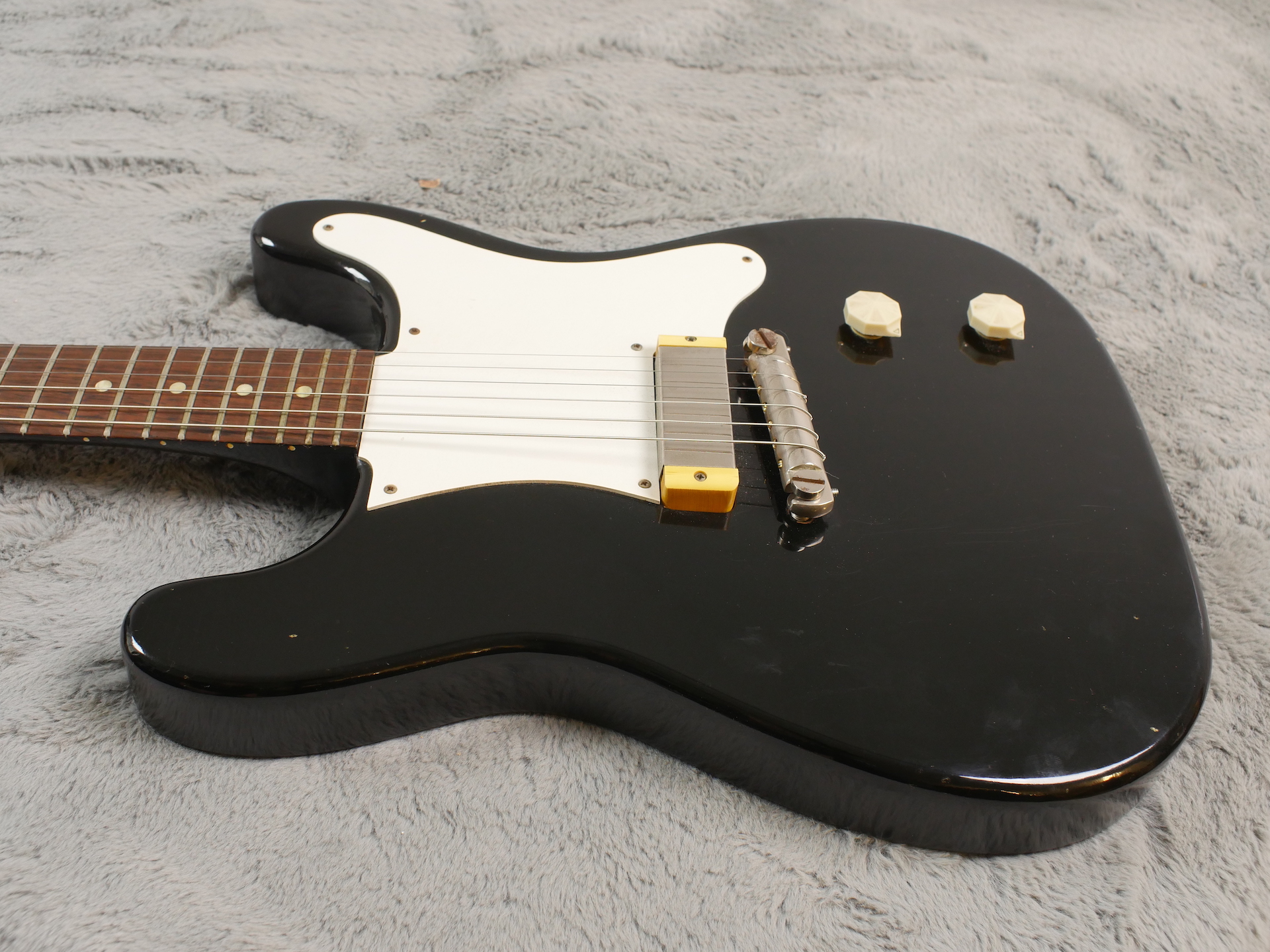 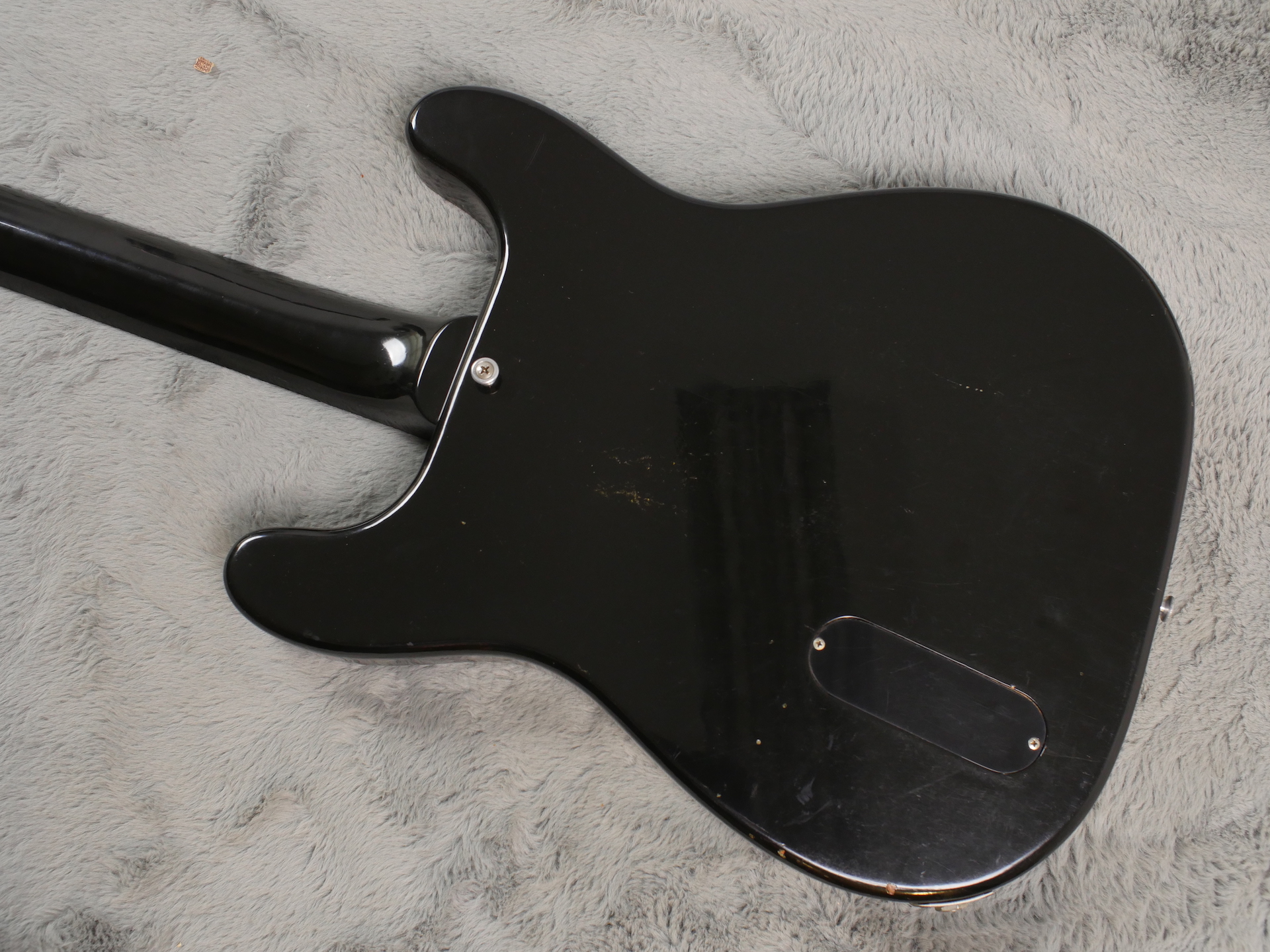 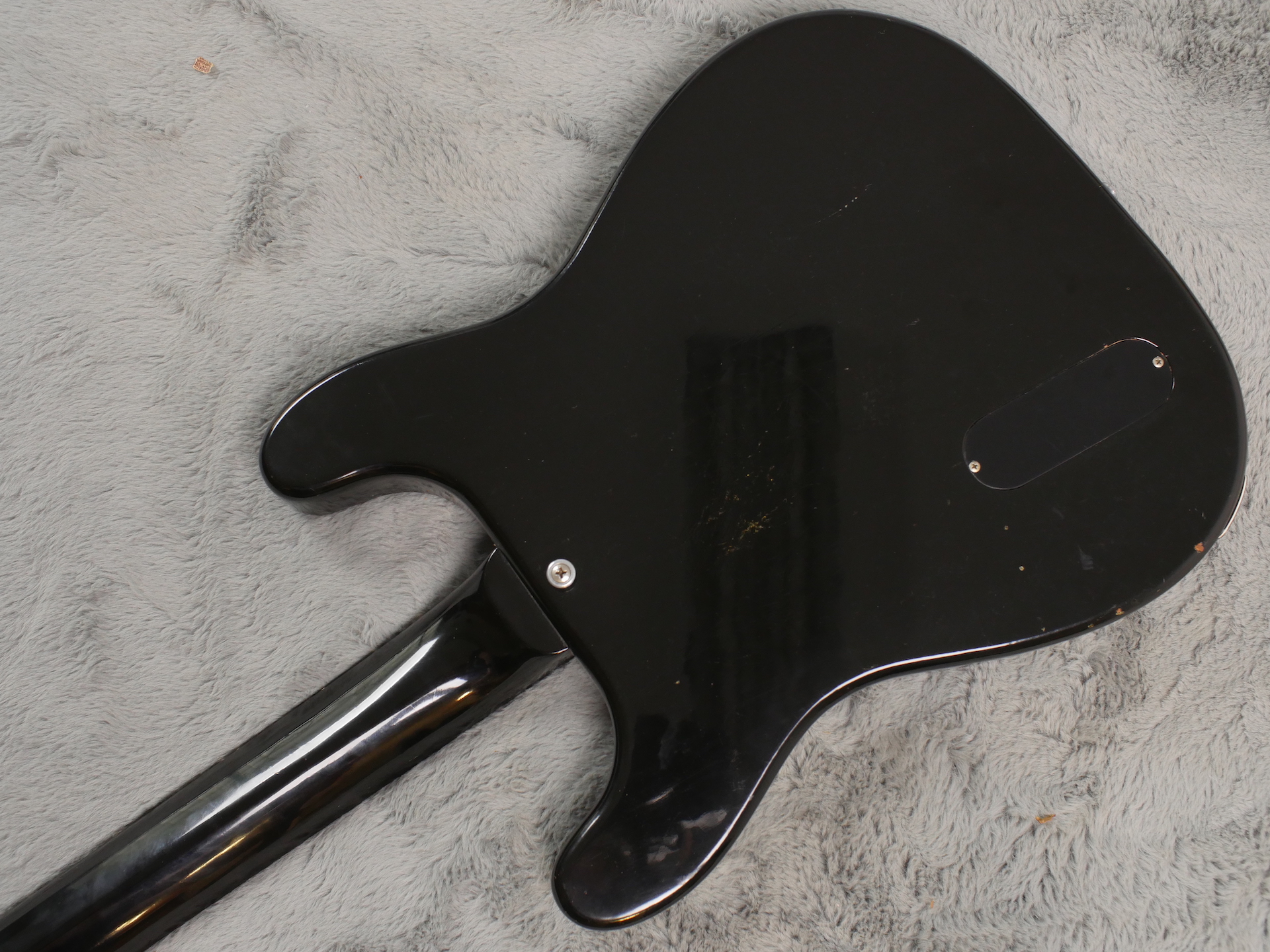 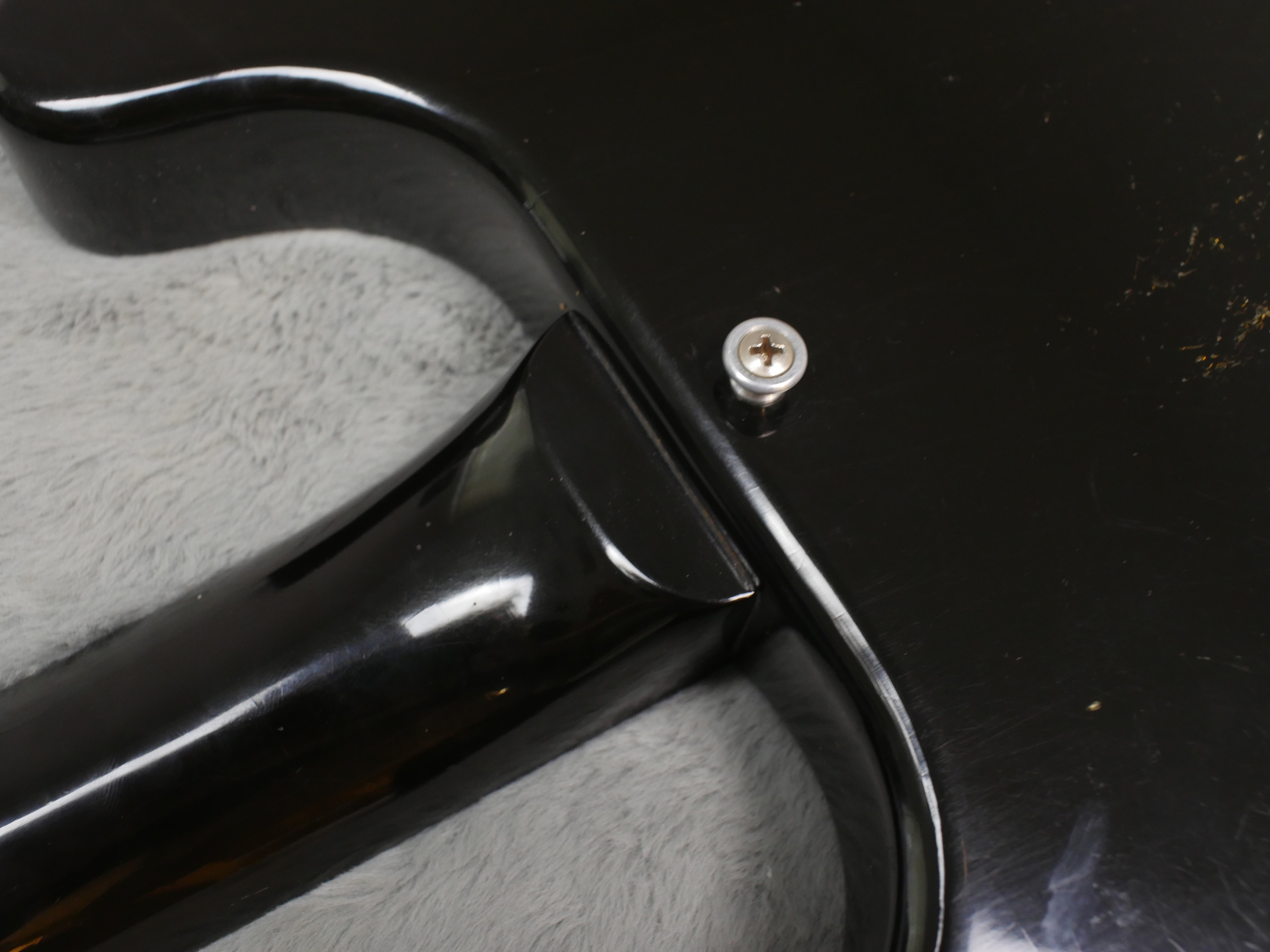 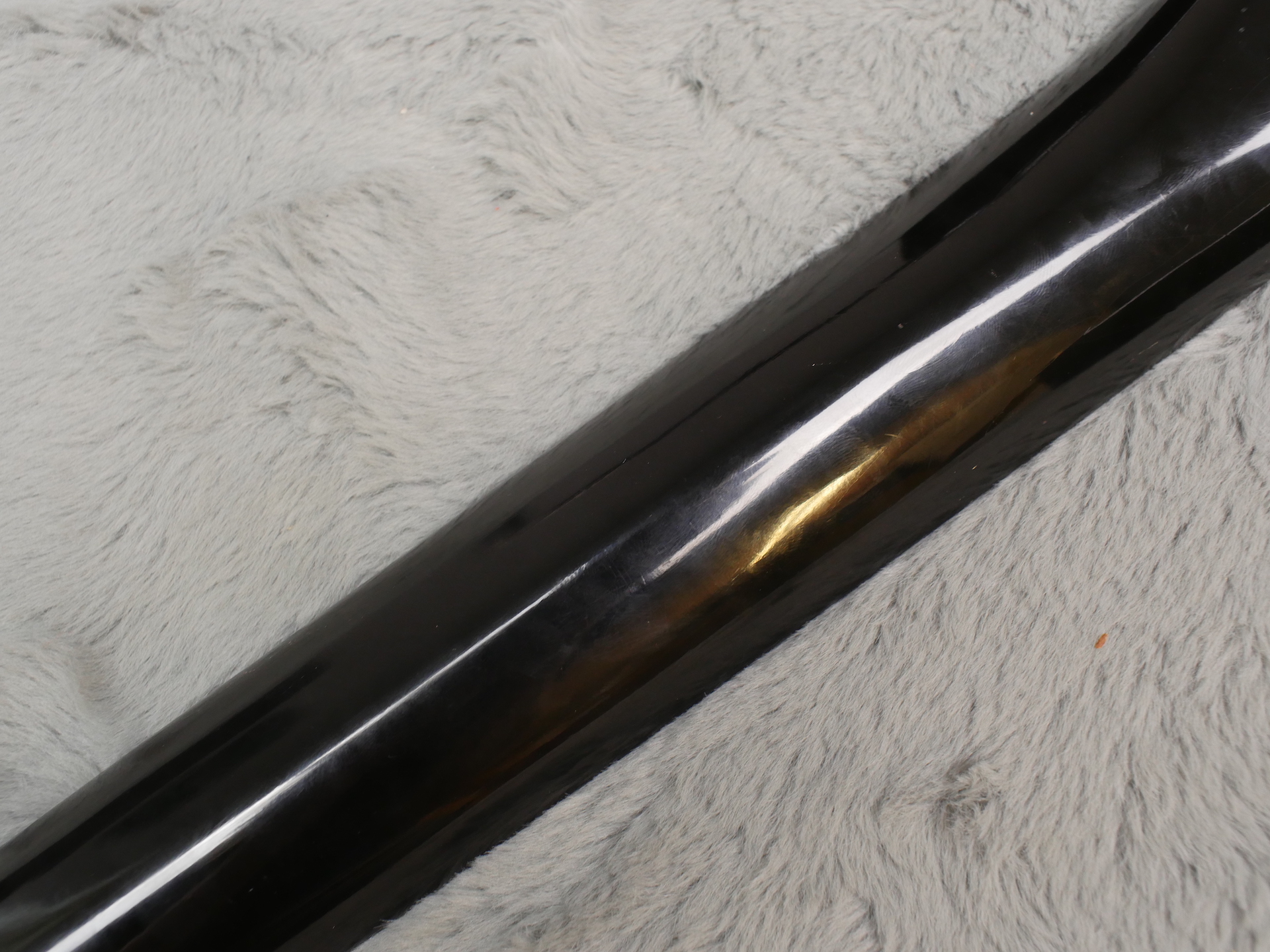 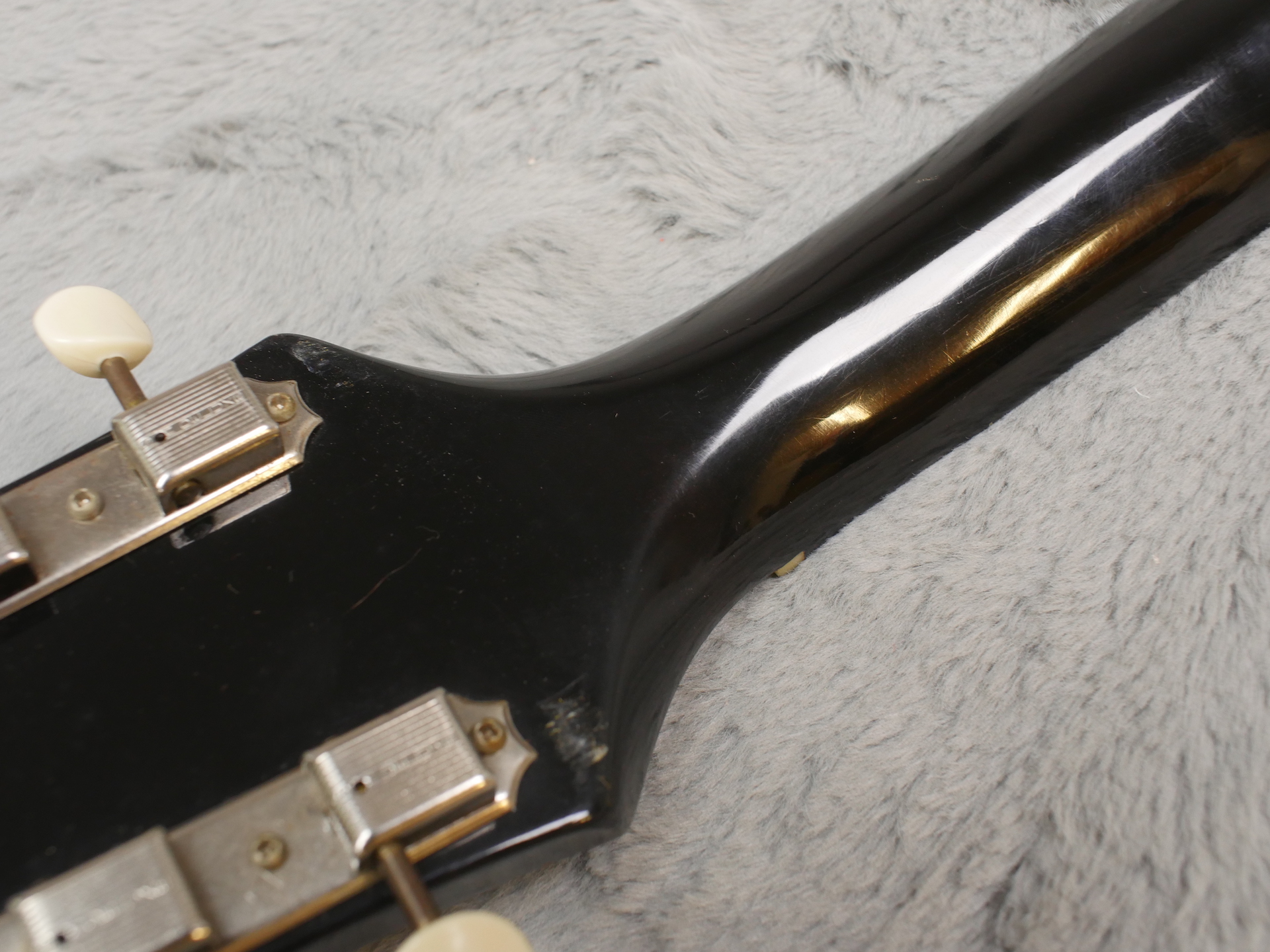 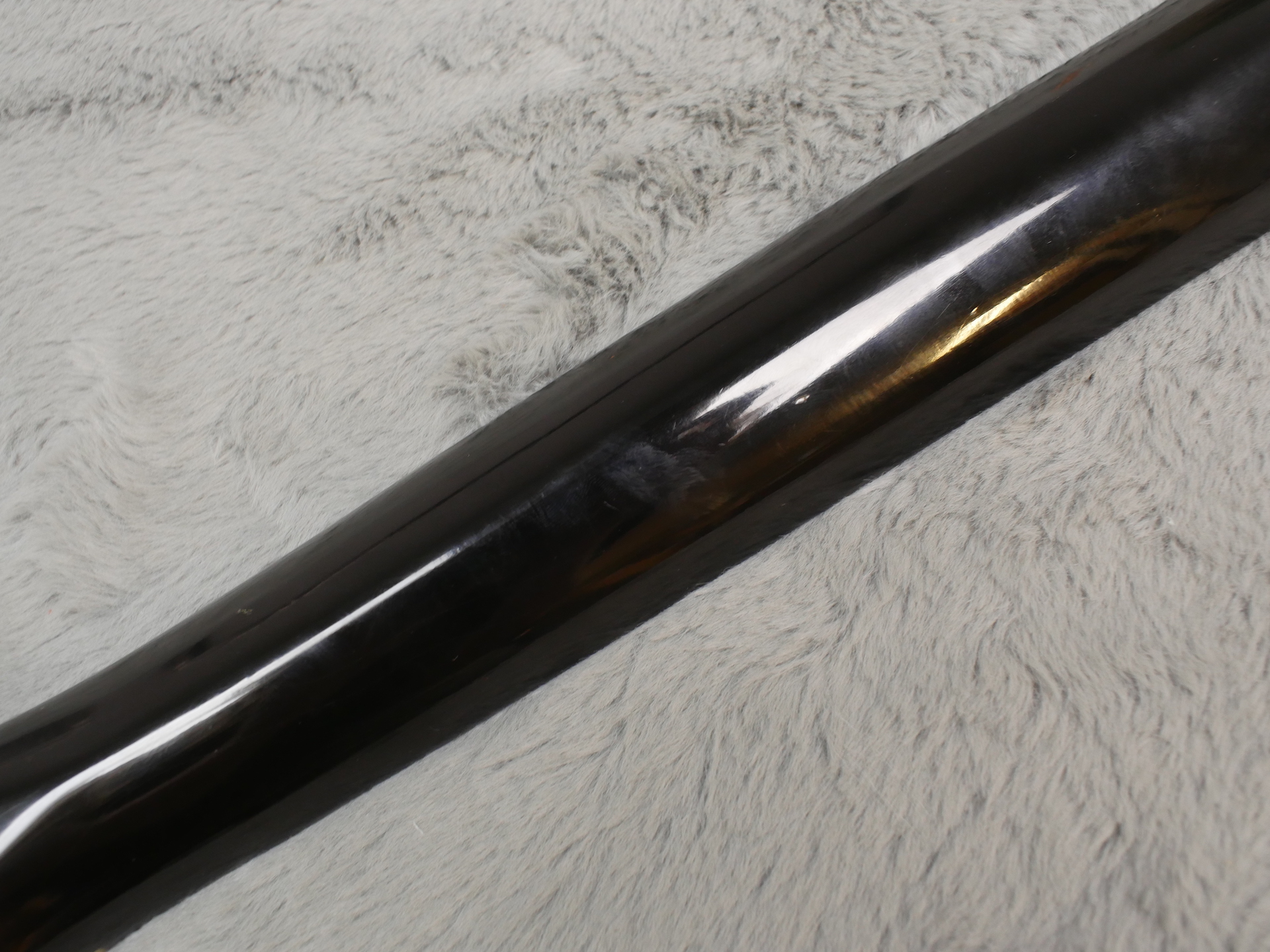 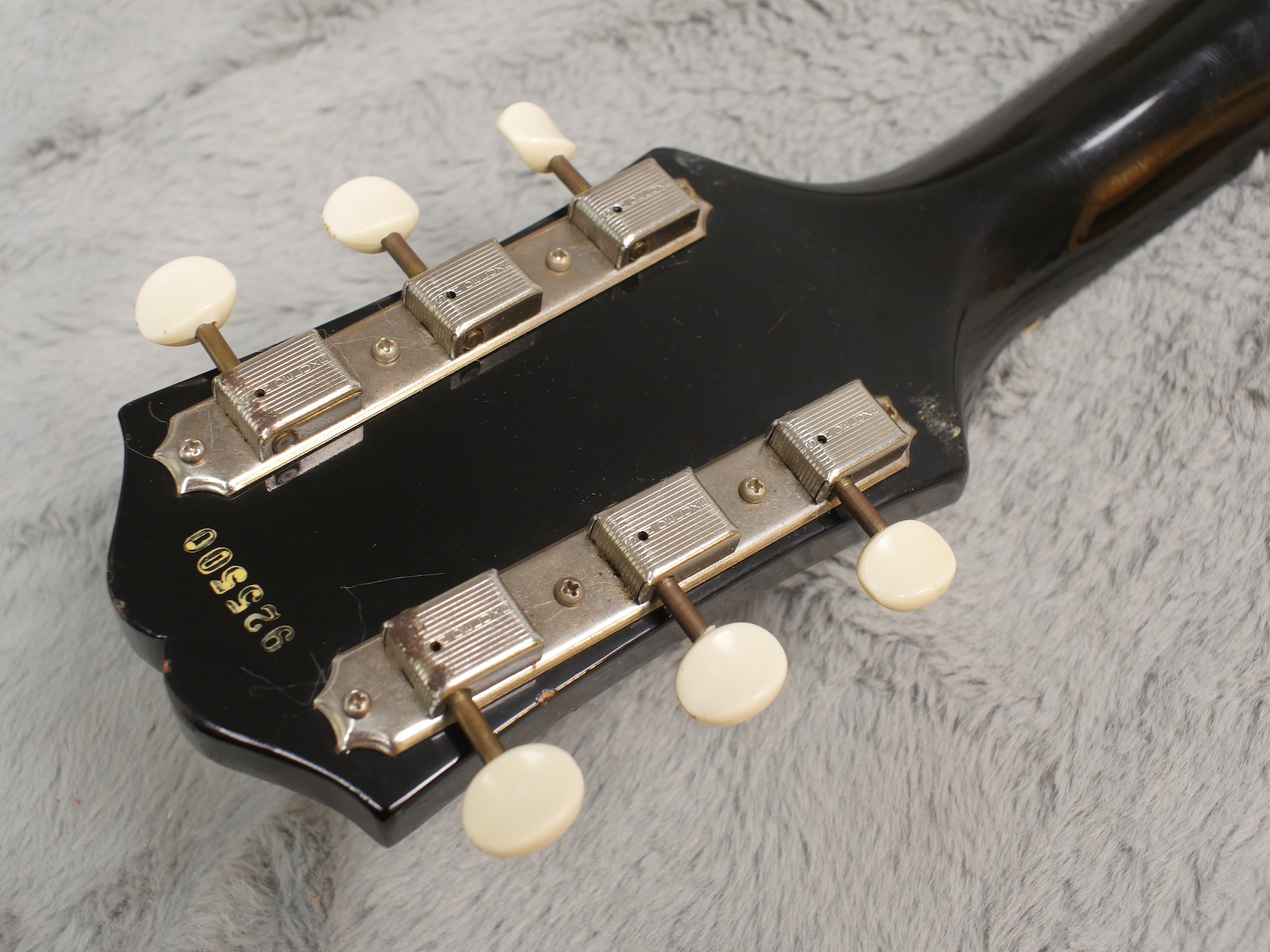 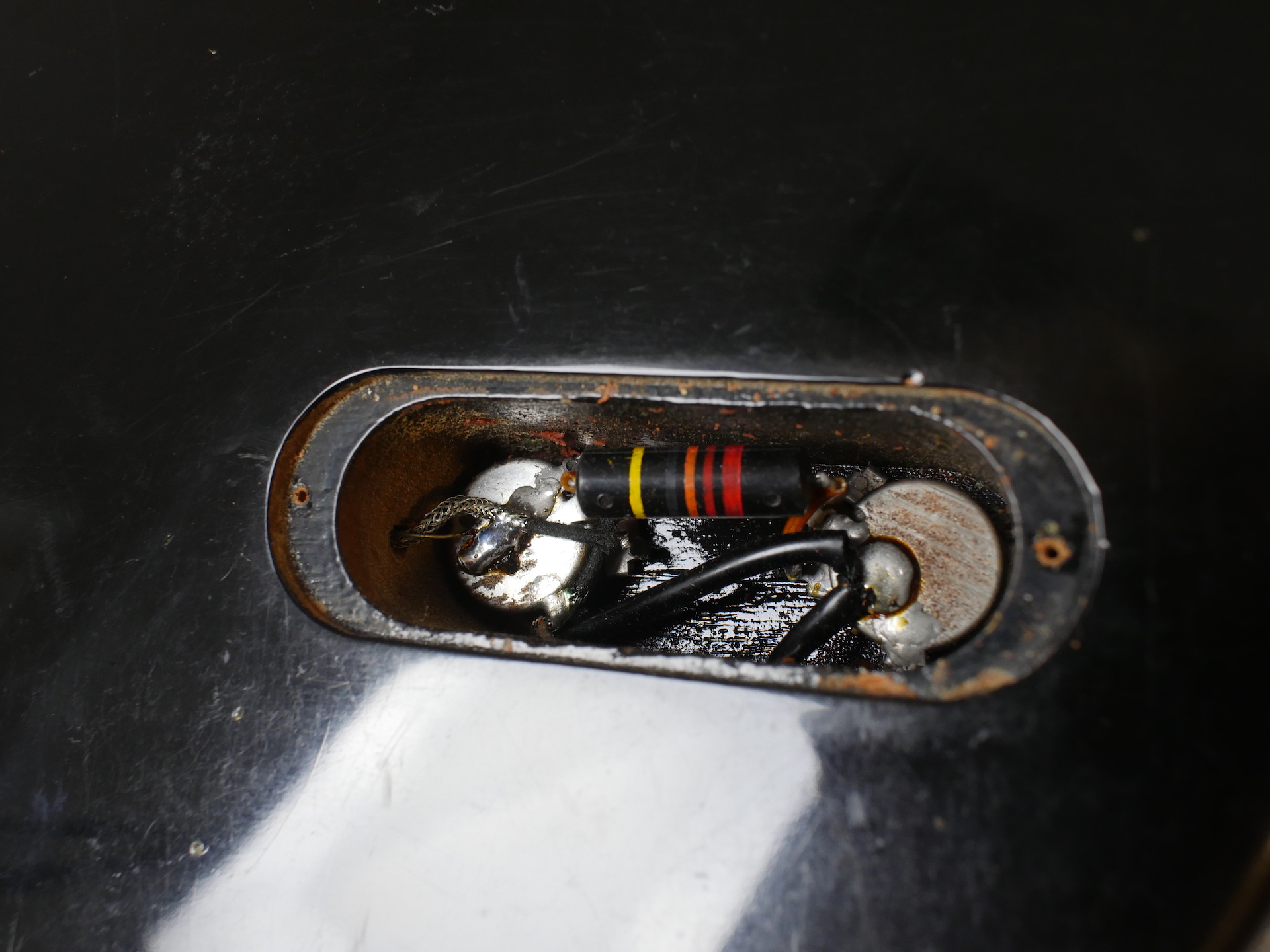 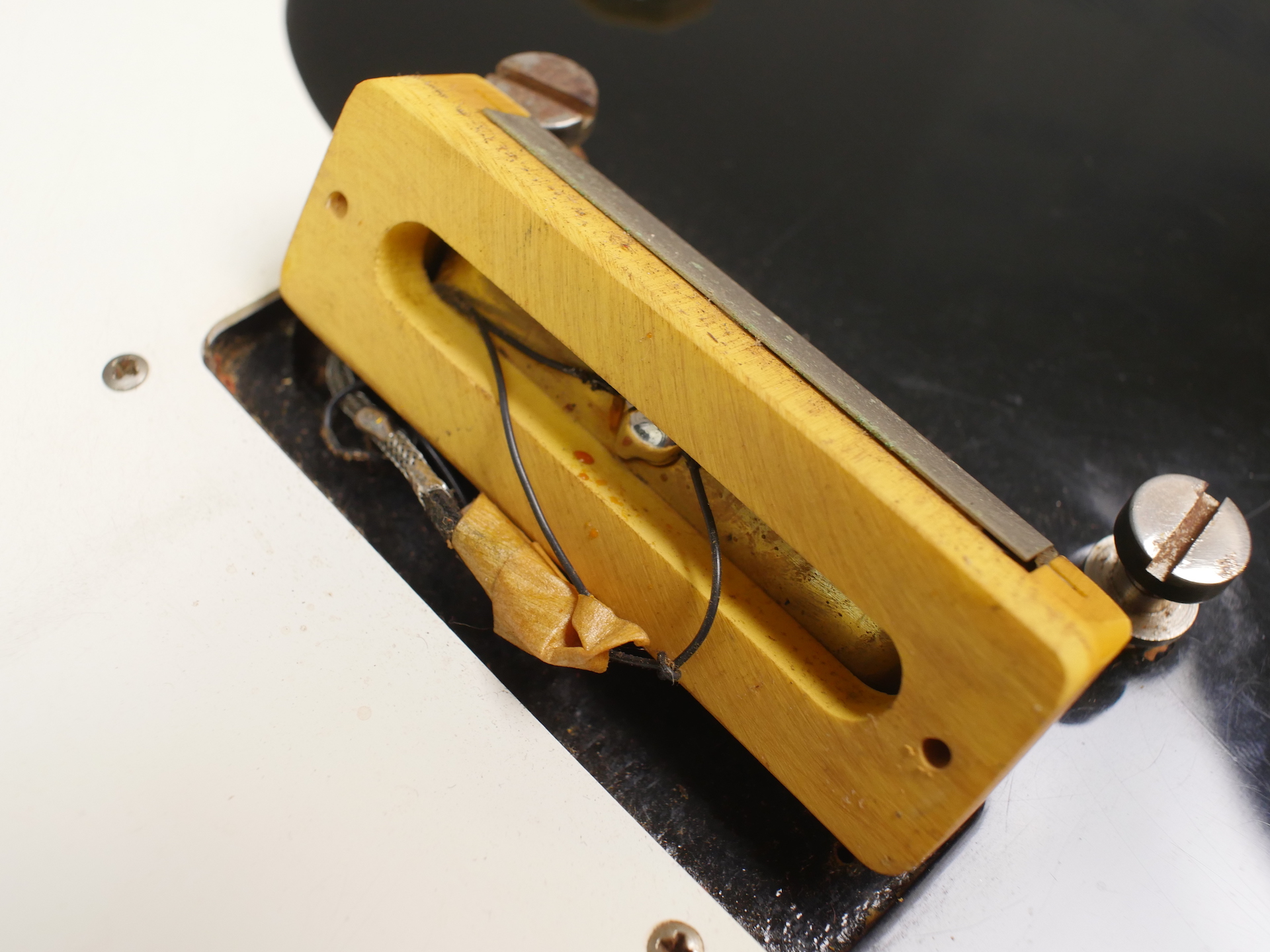