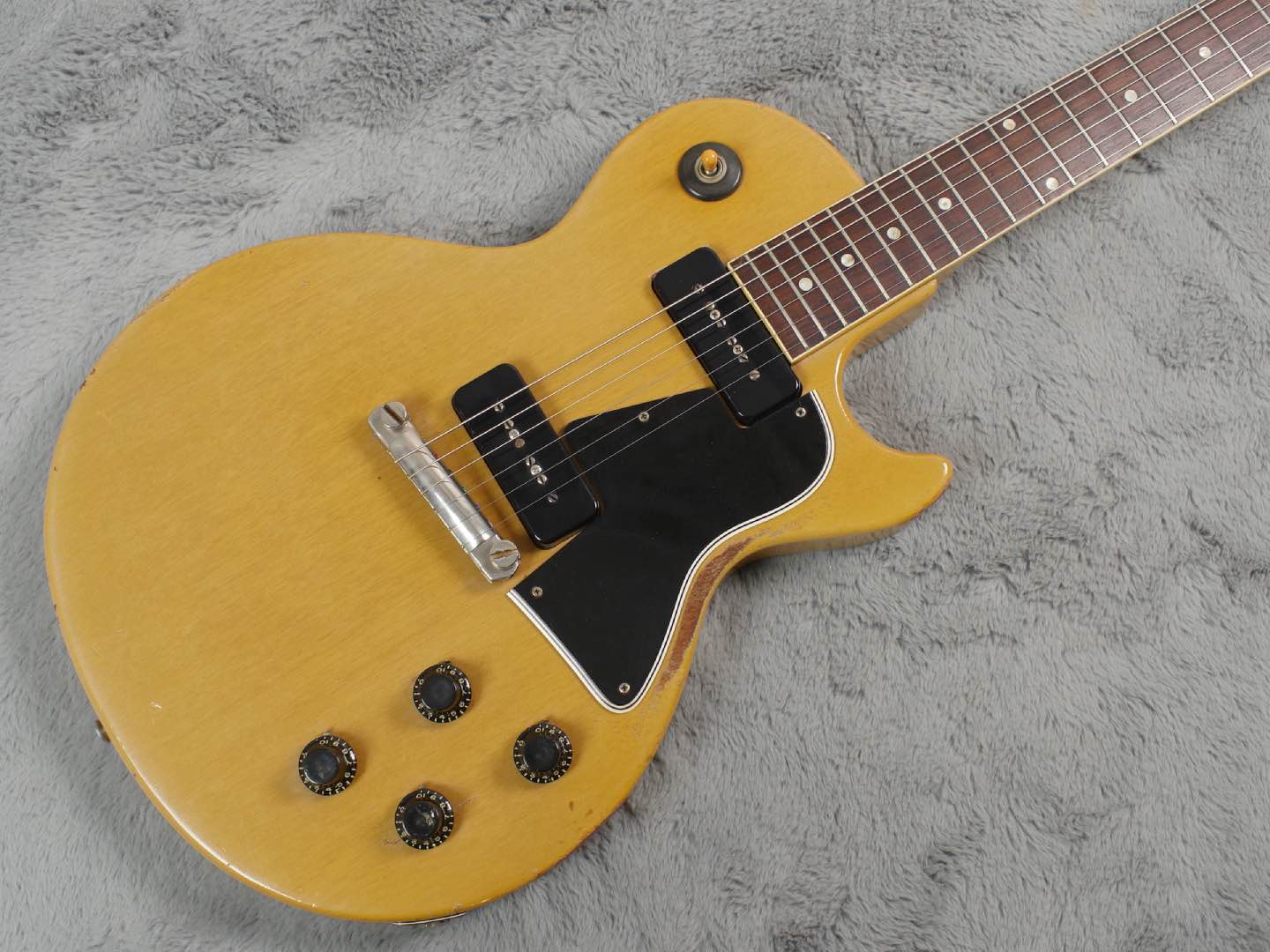 Our third and most reasonably priced 1958 Les Paul TV Special. A real nice sounding and playing one too...

Another 1958 Gibson Les Pau Special in TV yellow anyone…?

This is our third Les Paul TV Special we have had in recently and this is the cheapest of the three but do not let this fool you, it is all original or correct, plays real well and sounds like a demon.

At first glance there looks to be nothing a miss here. Stunning TV finish from 1958 in that distinctive wheat colour that we all know and love. A closer look does reveal some exposed wood near the pick guard that looks to be slightly more than simply playing wear and a case burn on the lower bout. Apart from this the body is in excellent shape with very little fade, however it looks like something plastic like a strap or maybe a folder has been stored with the guitar and in places it has caused a slight reaction with the finish (see pictures).

The neck is free of too much wear and fade as is the rosewood fretboard. The frets have plenty of life left. The headstock does show some signs of wear but is all original and it has never been ‘tunerd’ with other tuners or any other such malarkey.

The plastics are in great shape and of course are all original or correct.

Electronically everything is correct and all the solder joint are undisturbed. The rubber washer around the selector switch is a feature of specials from around March 1958. Some earlier ones left the factory with a plastic poker chip type washer but most 1958’s are rubber.

The guitar comes with a hardshell case

Plugged in we’re greeted by a plethora of gnarly tones, as you expect from such an instrument. The joy is being able to tame these and take your sound from hairy to subtle with the simple manipulation of the controls. For such a straightforward guitar, there is whole world on sounds available.

Here’s a bit about the history of this guitar - There are a few myths as to the origin of the moniker ‘TV Yellow’. Some say that it originates through the association with television cabinet finishes which were often done in limed mahogany (the finish listed in the Gibson Catalogue). Another idea most often quoted is that the finish looked better when broadcast (a suggestion put forward by Les Paul himself) as white caused issues with early television cameras.

A more controversial one is that the TV stands for ‘Telecaster Version’, a name given to the finish by Gibson executives who thought the combination of a blonde finish and black pick guard would confuse new customers into buying the Les Paul Juniors over their rival Fender’s Telecaster. Whatever the answer, its certain that this is one of Gibson’s most distinctive finishes, one which went through many changes over the years. 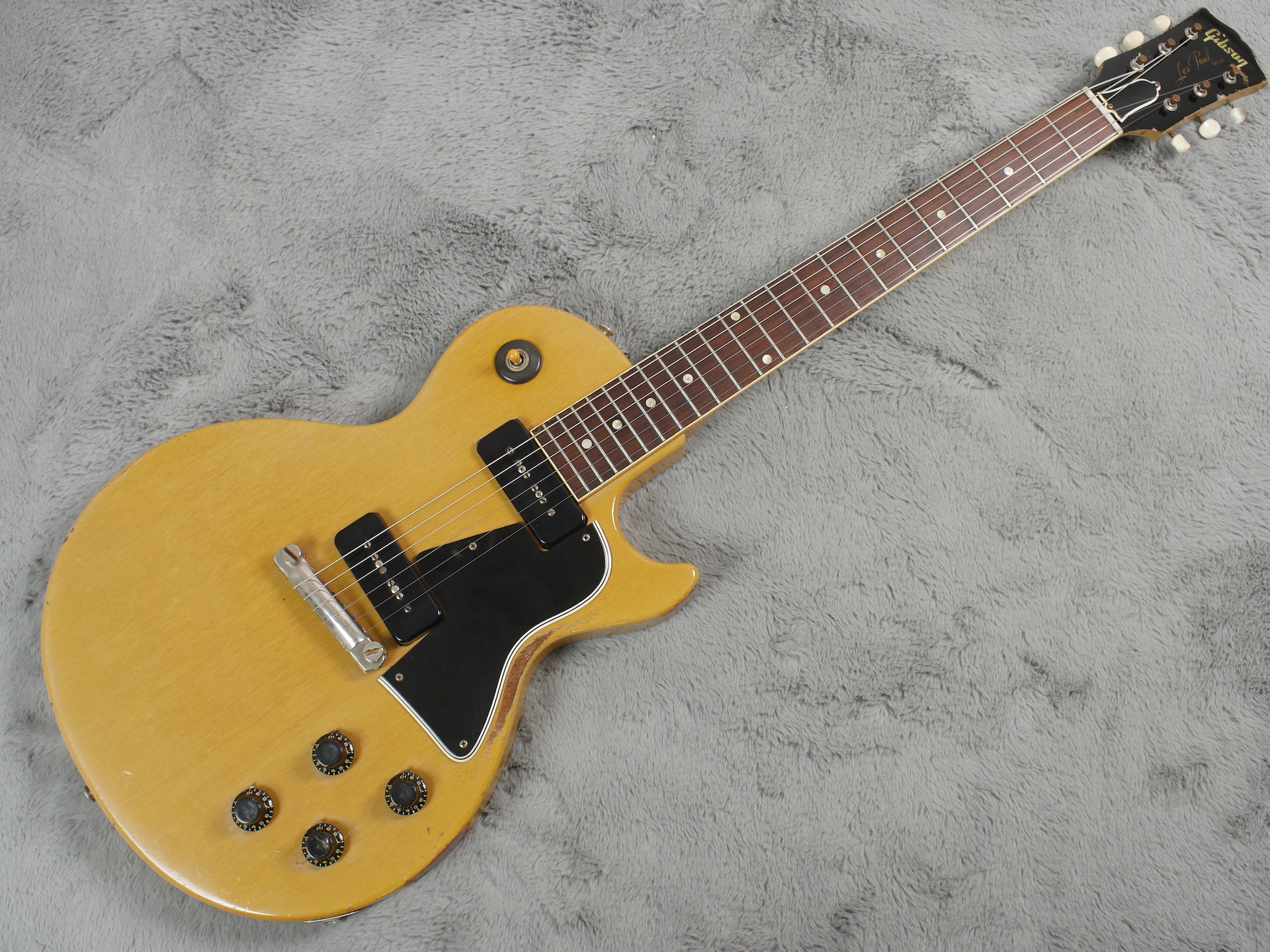 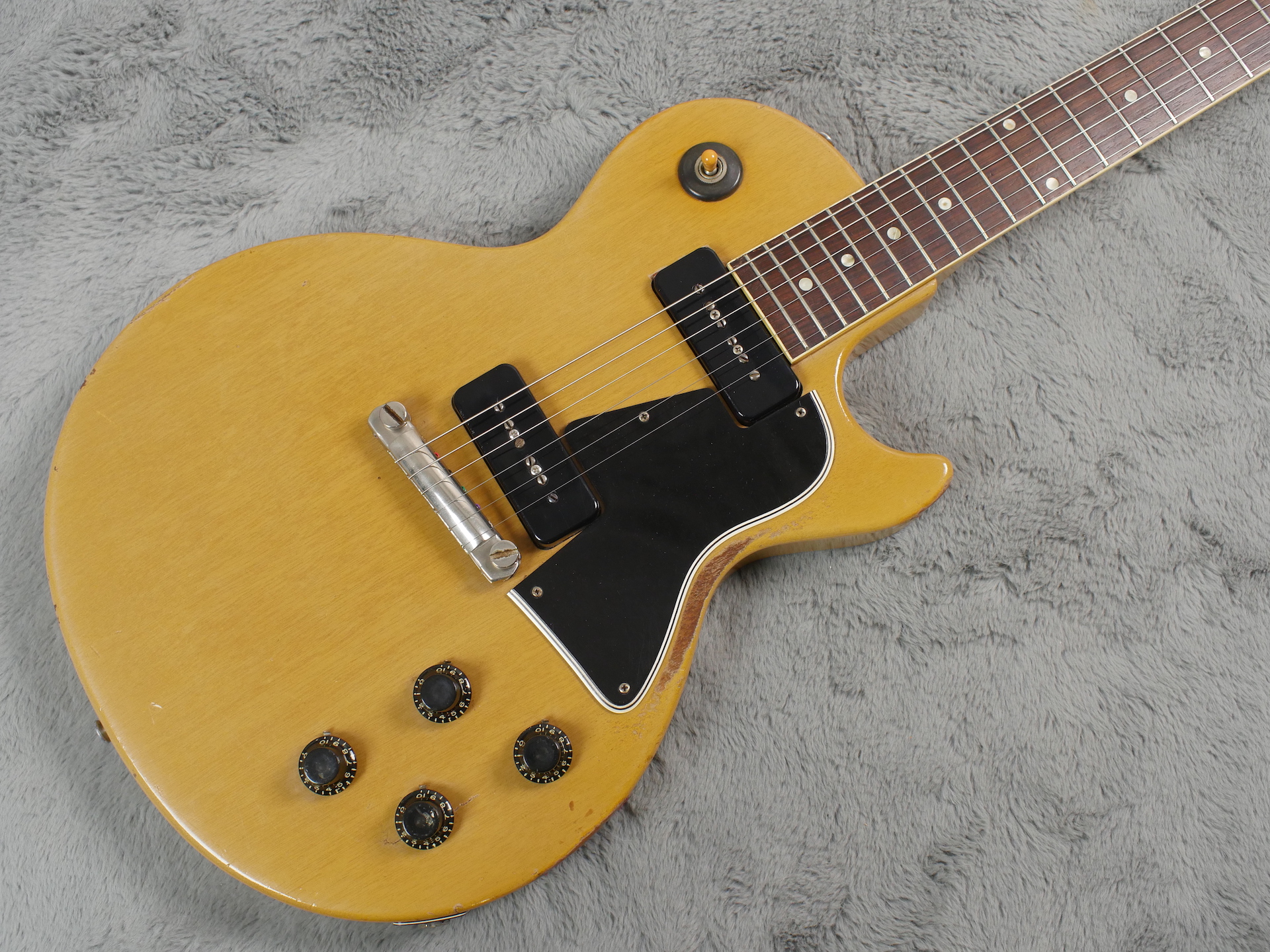 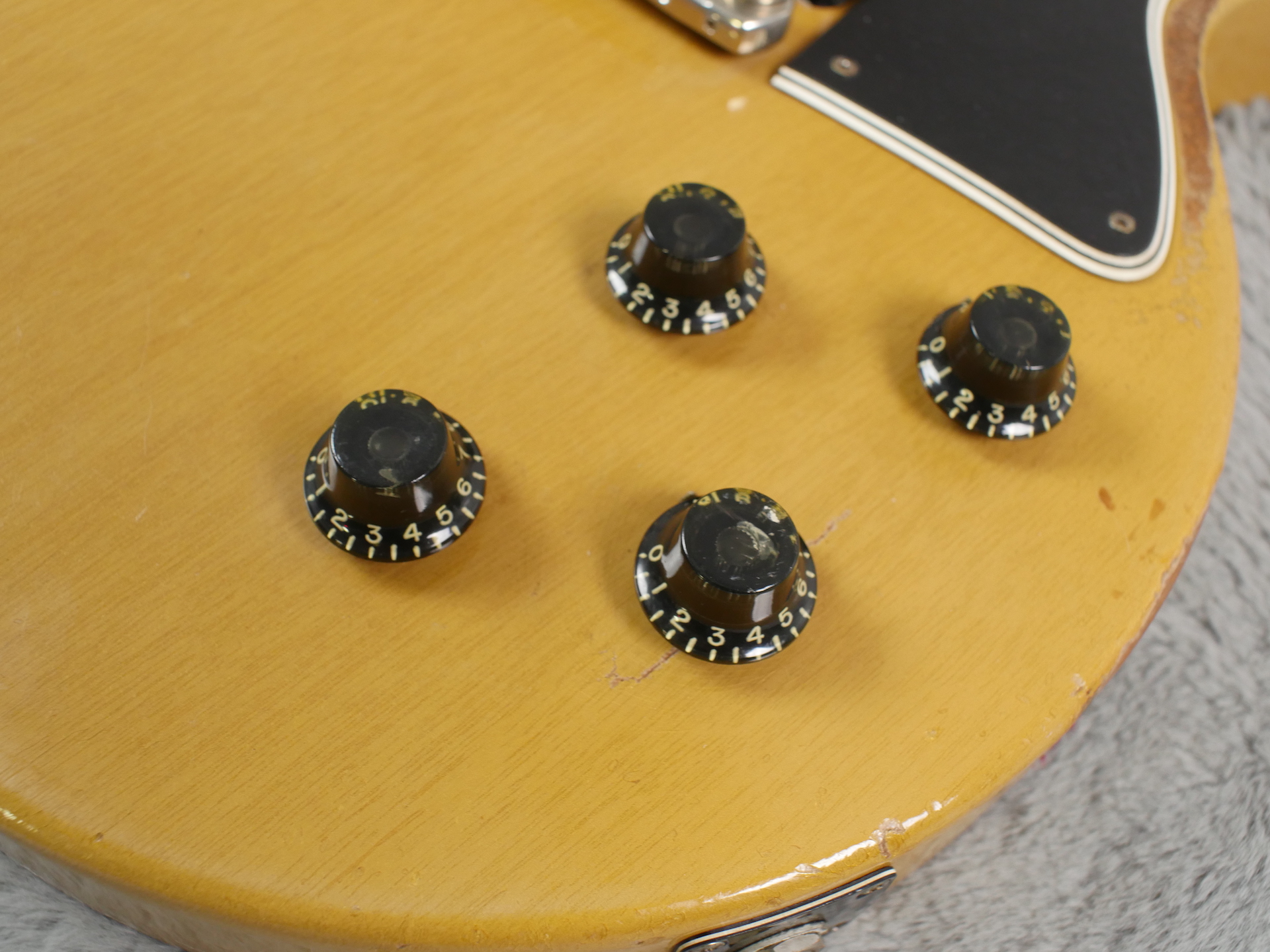 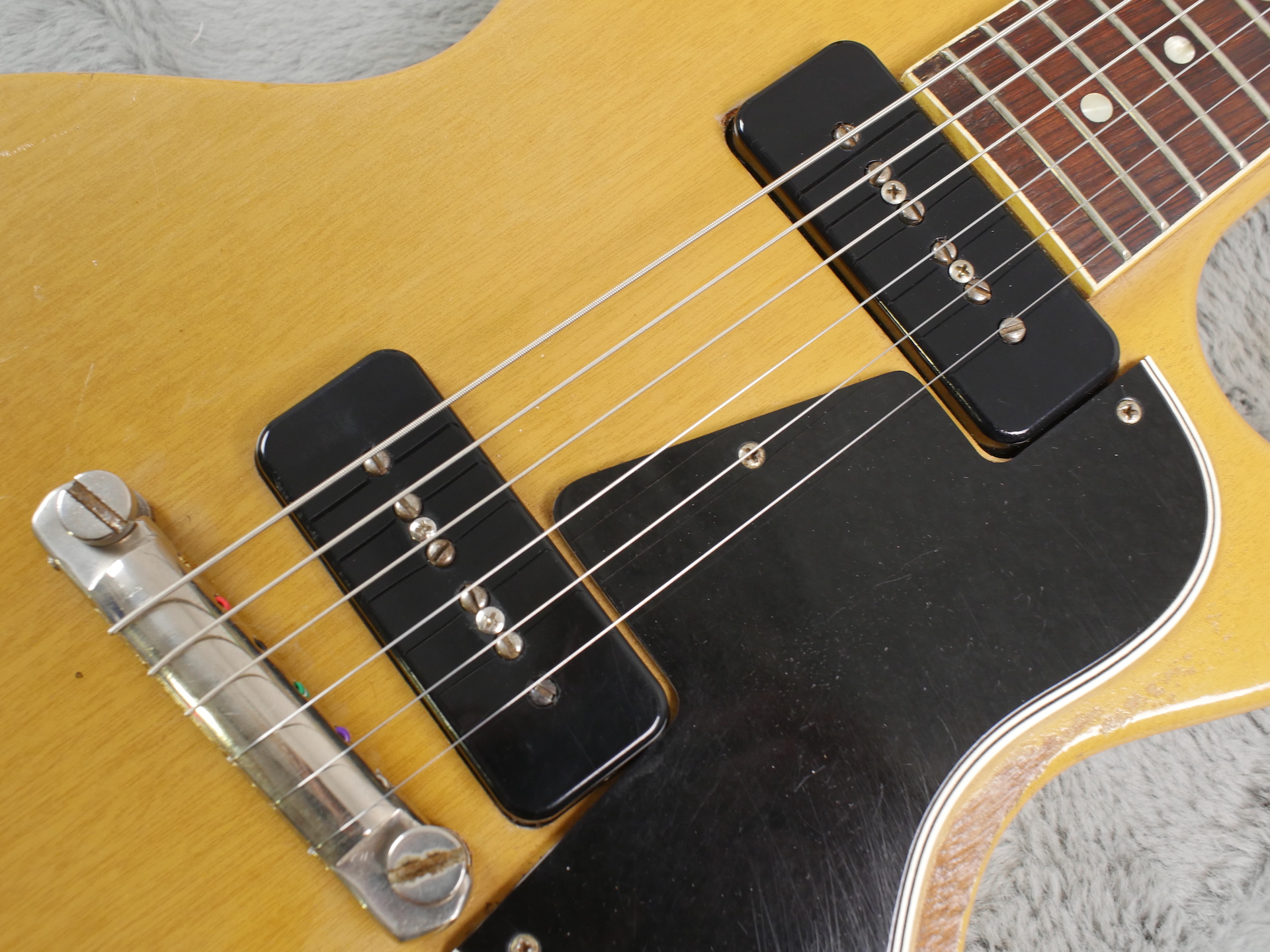 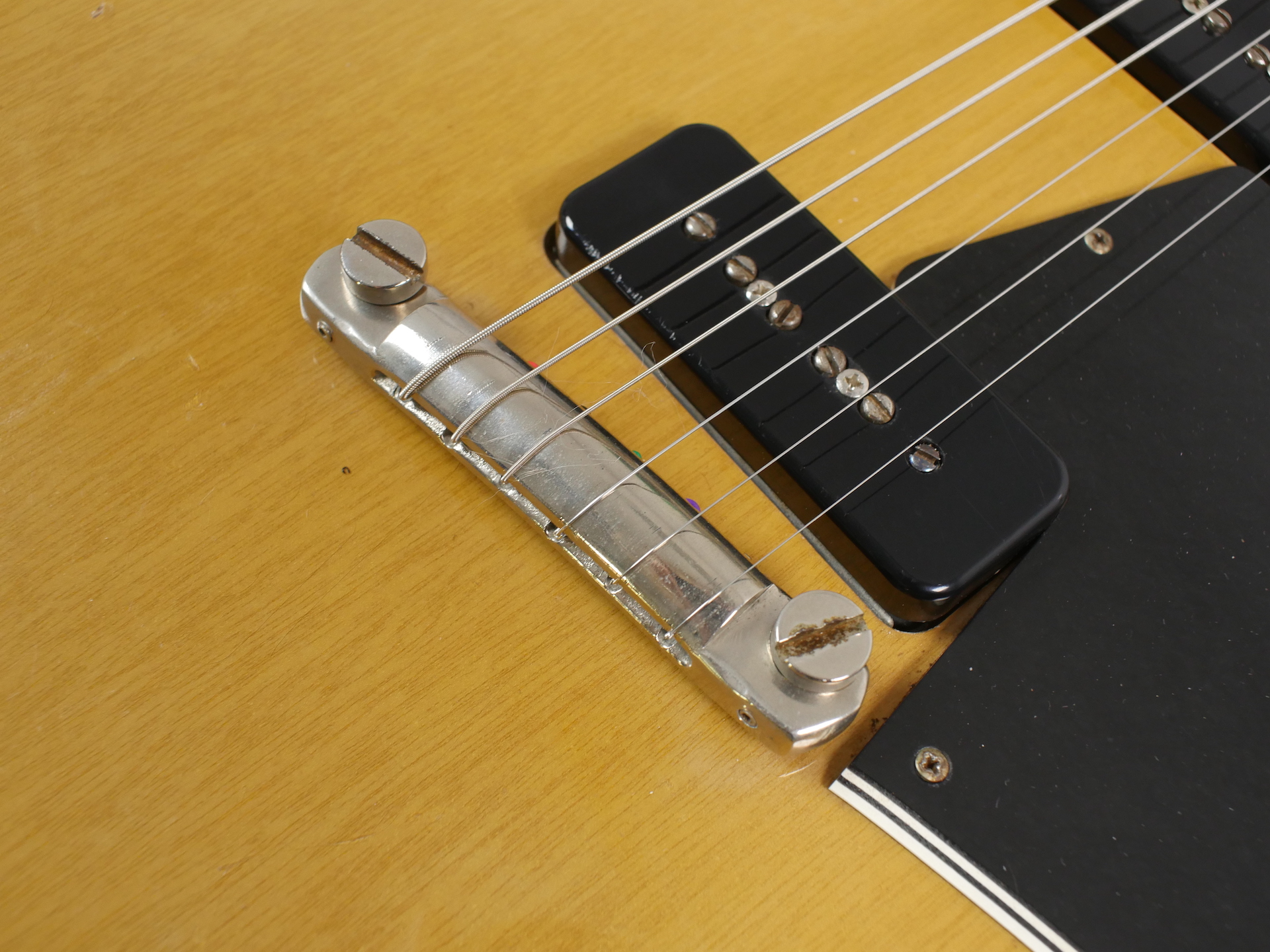 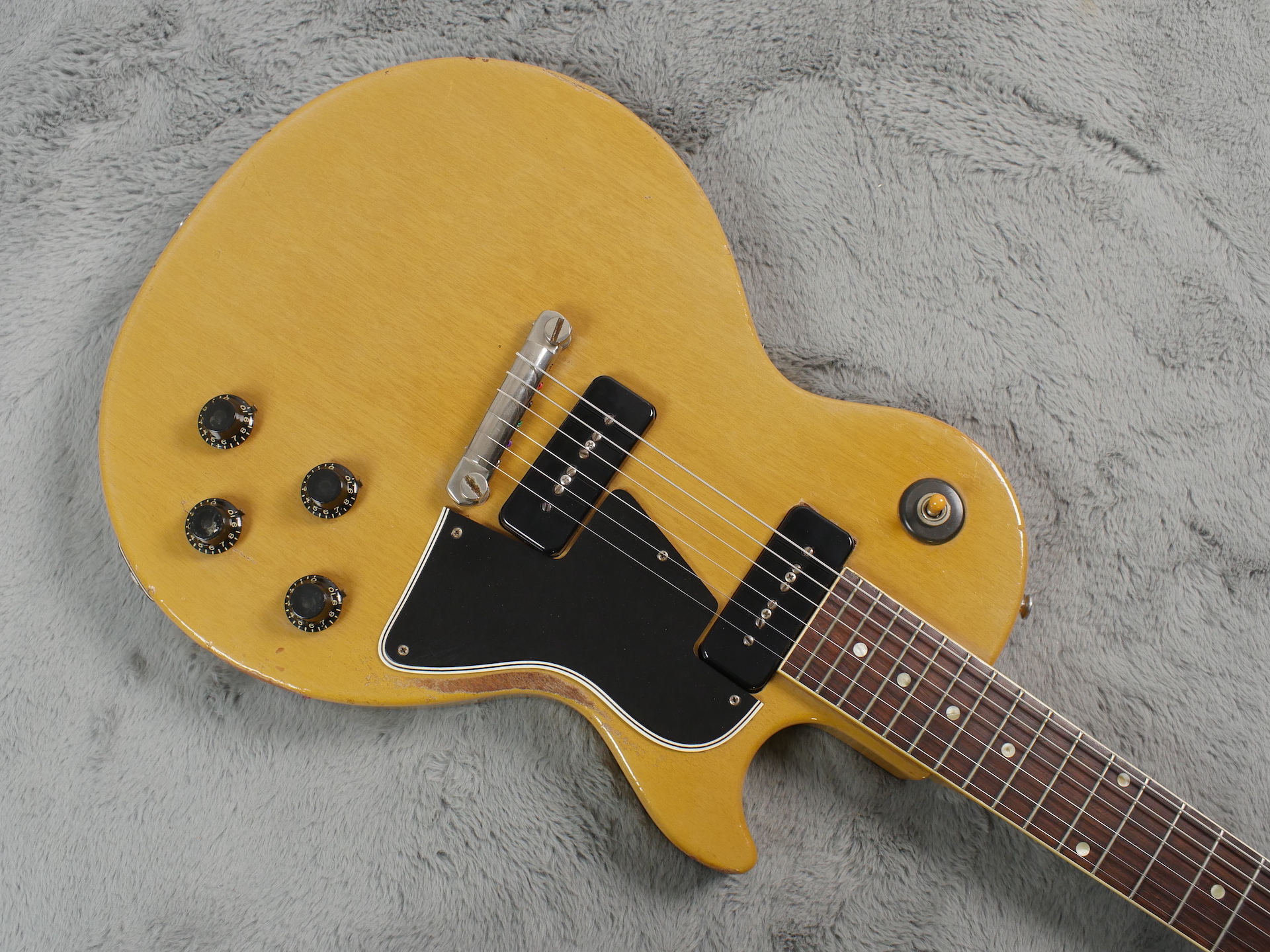 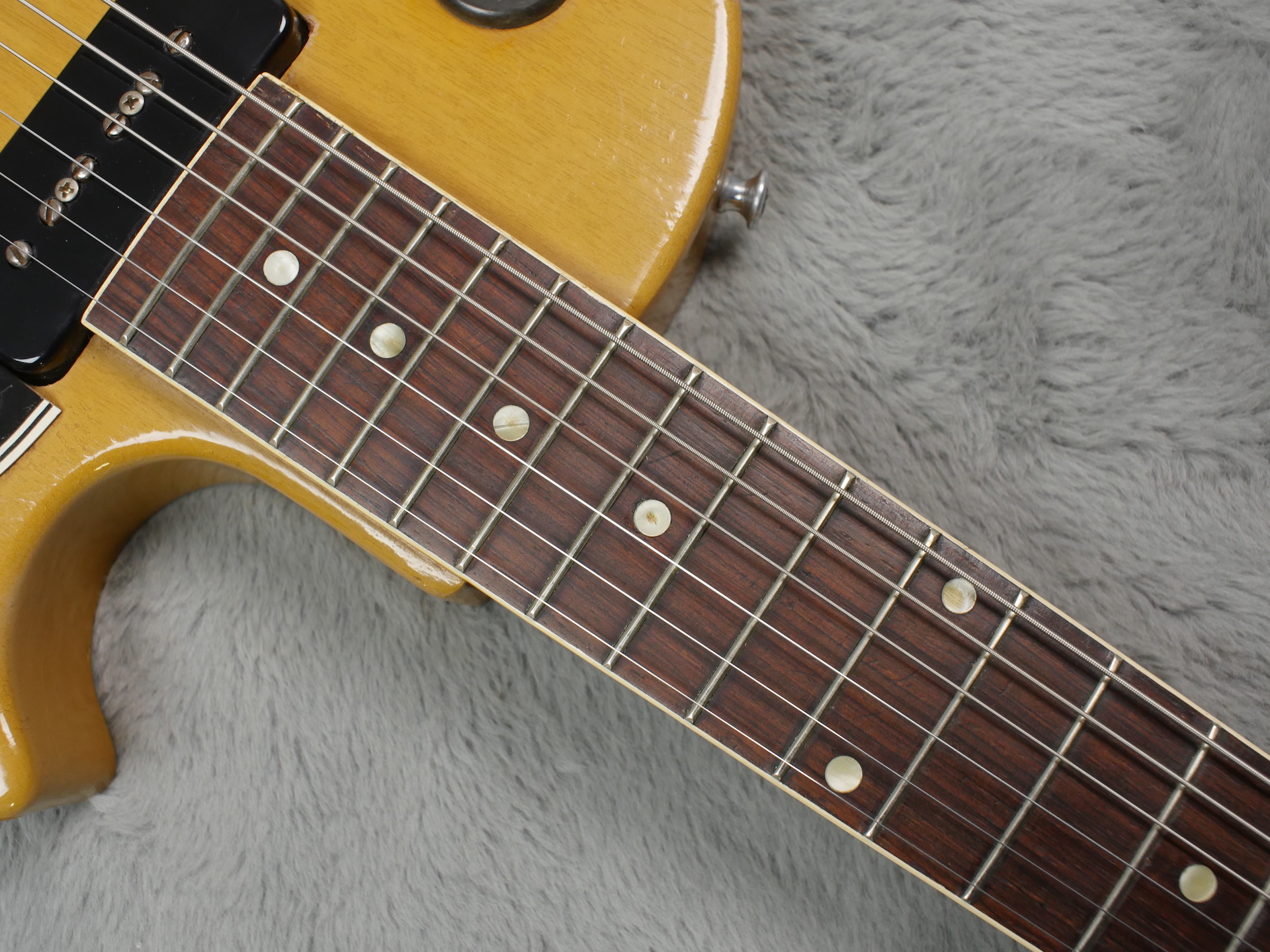 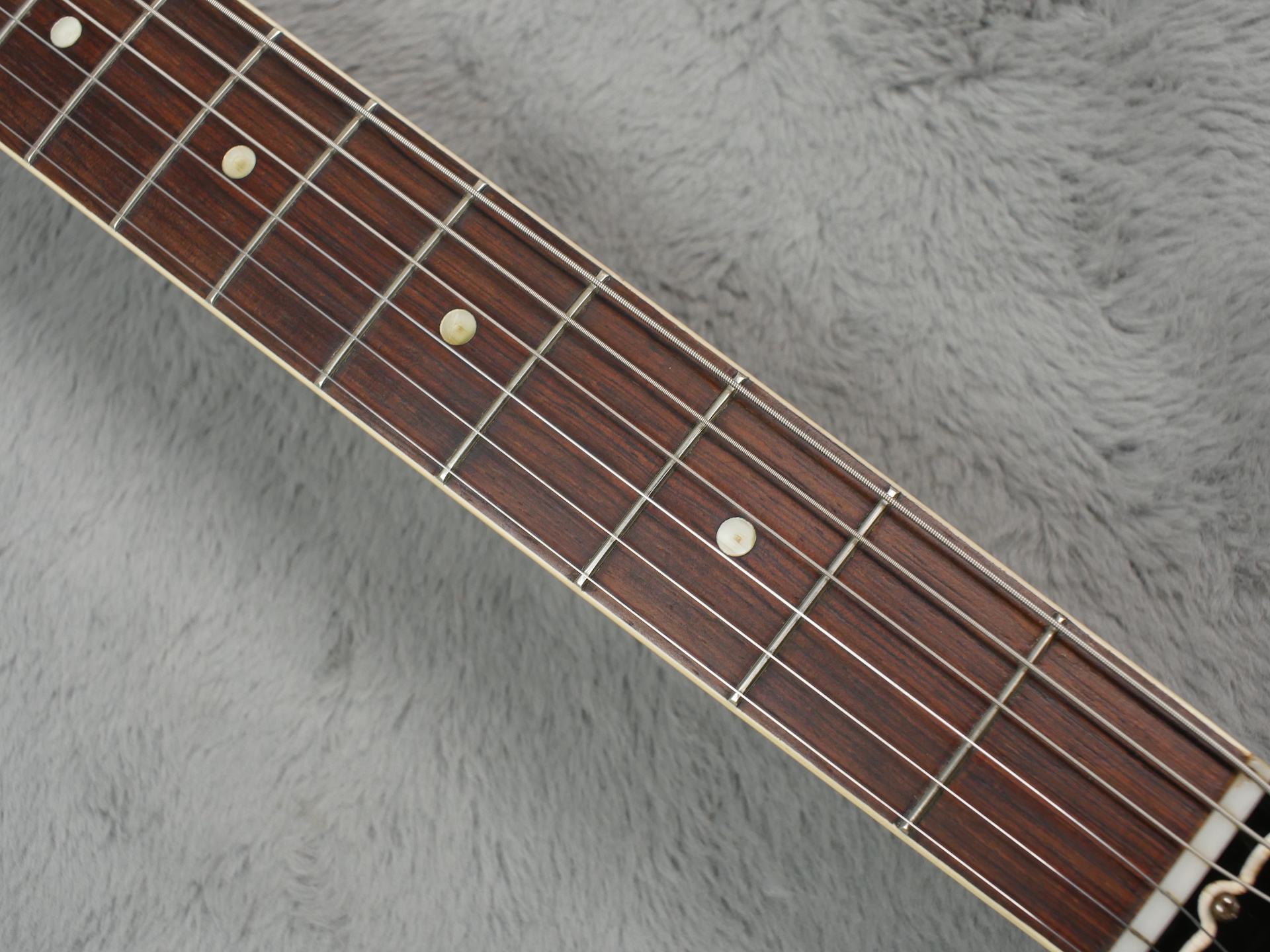 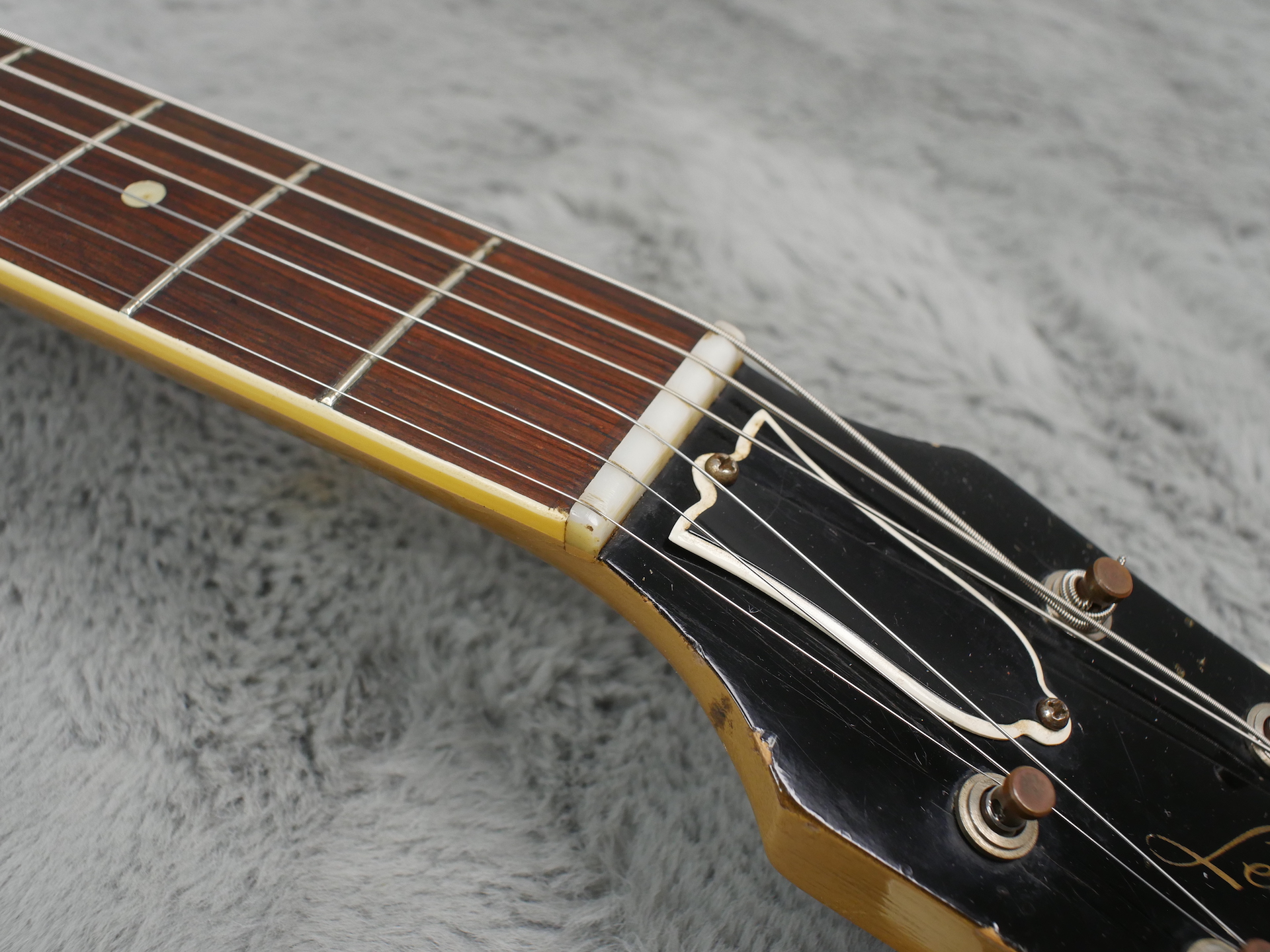 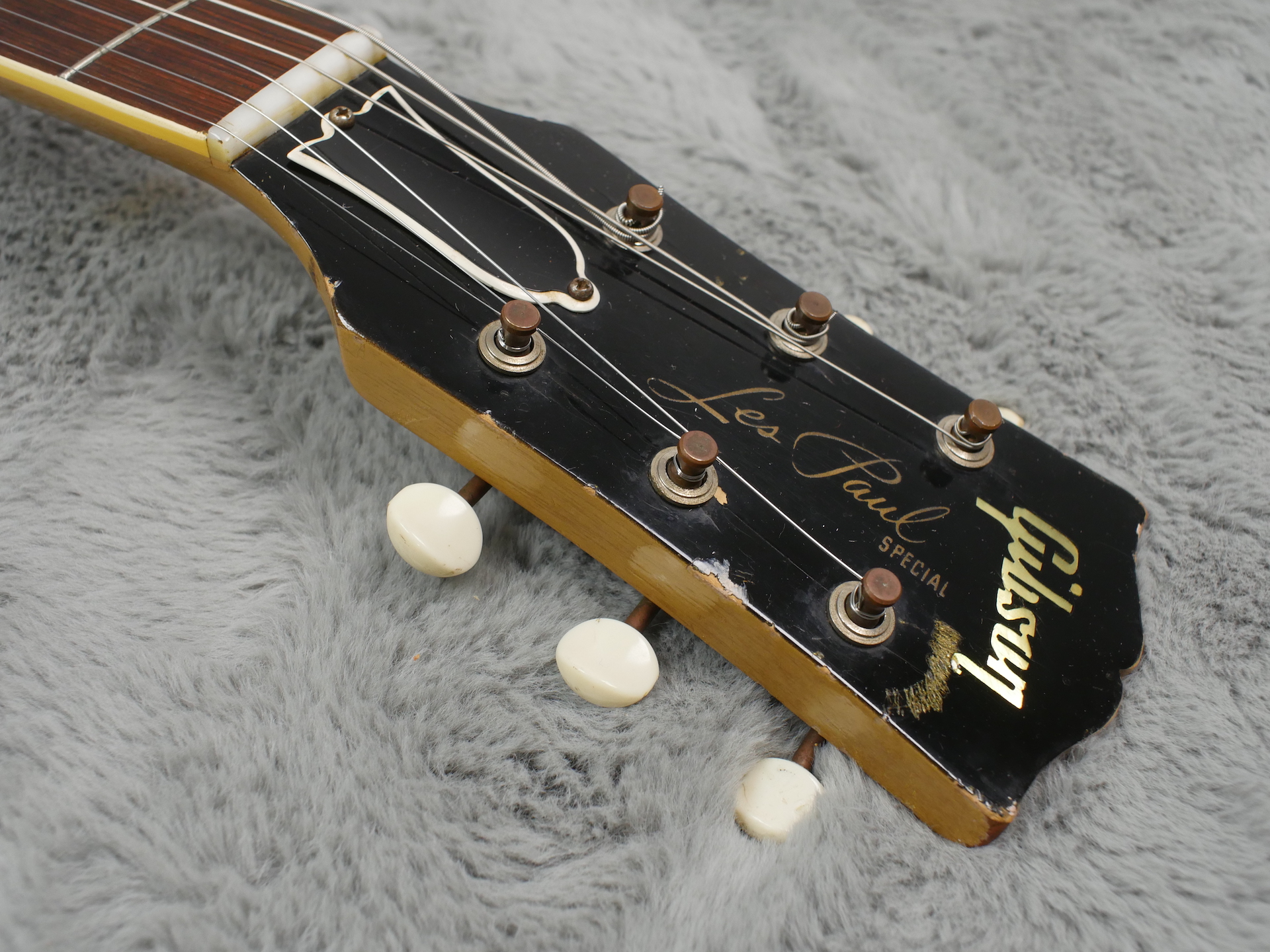 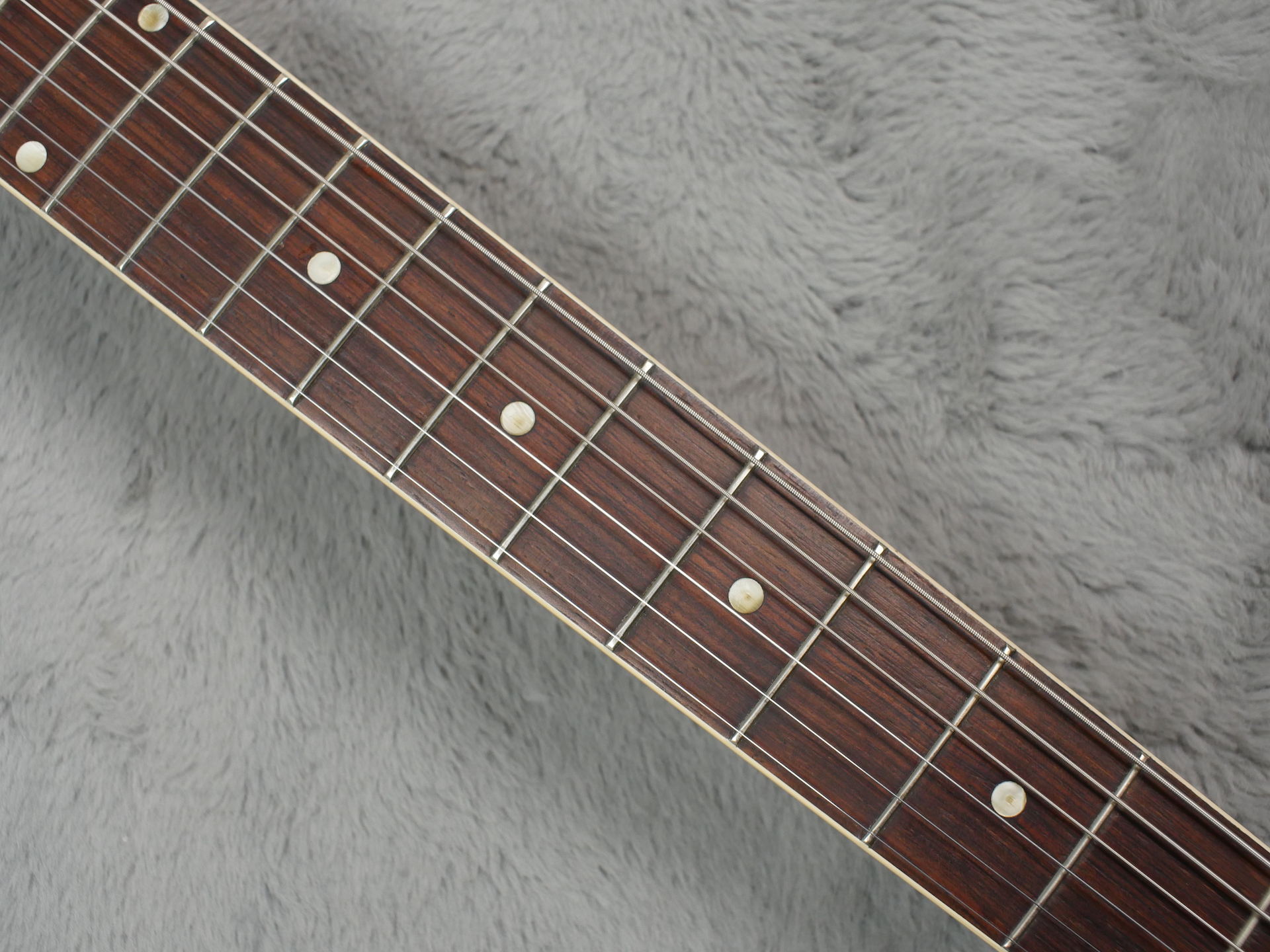 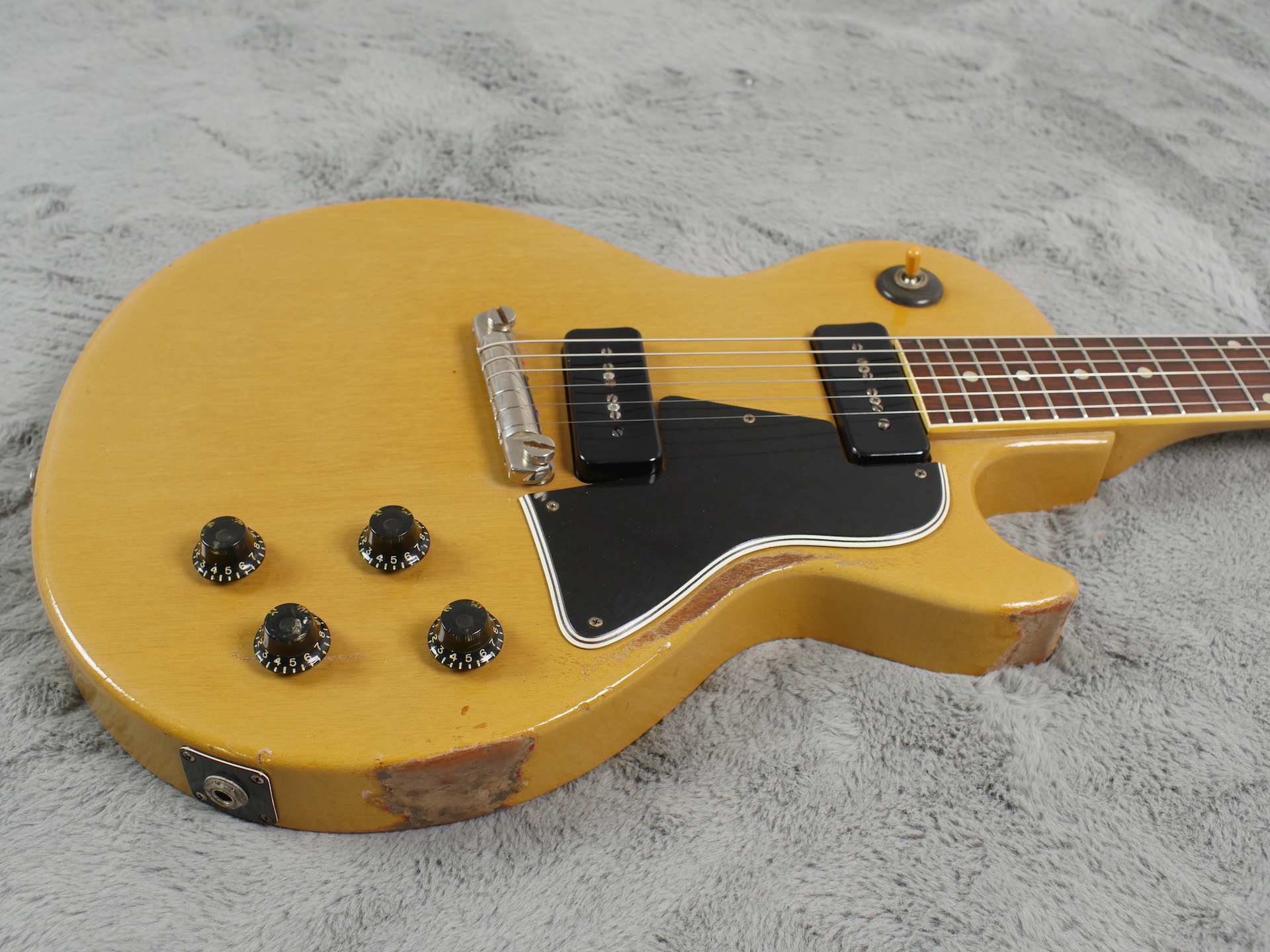 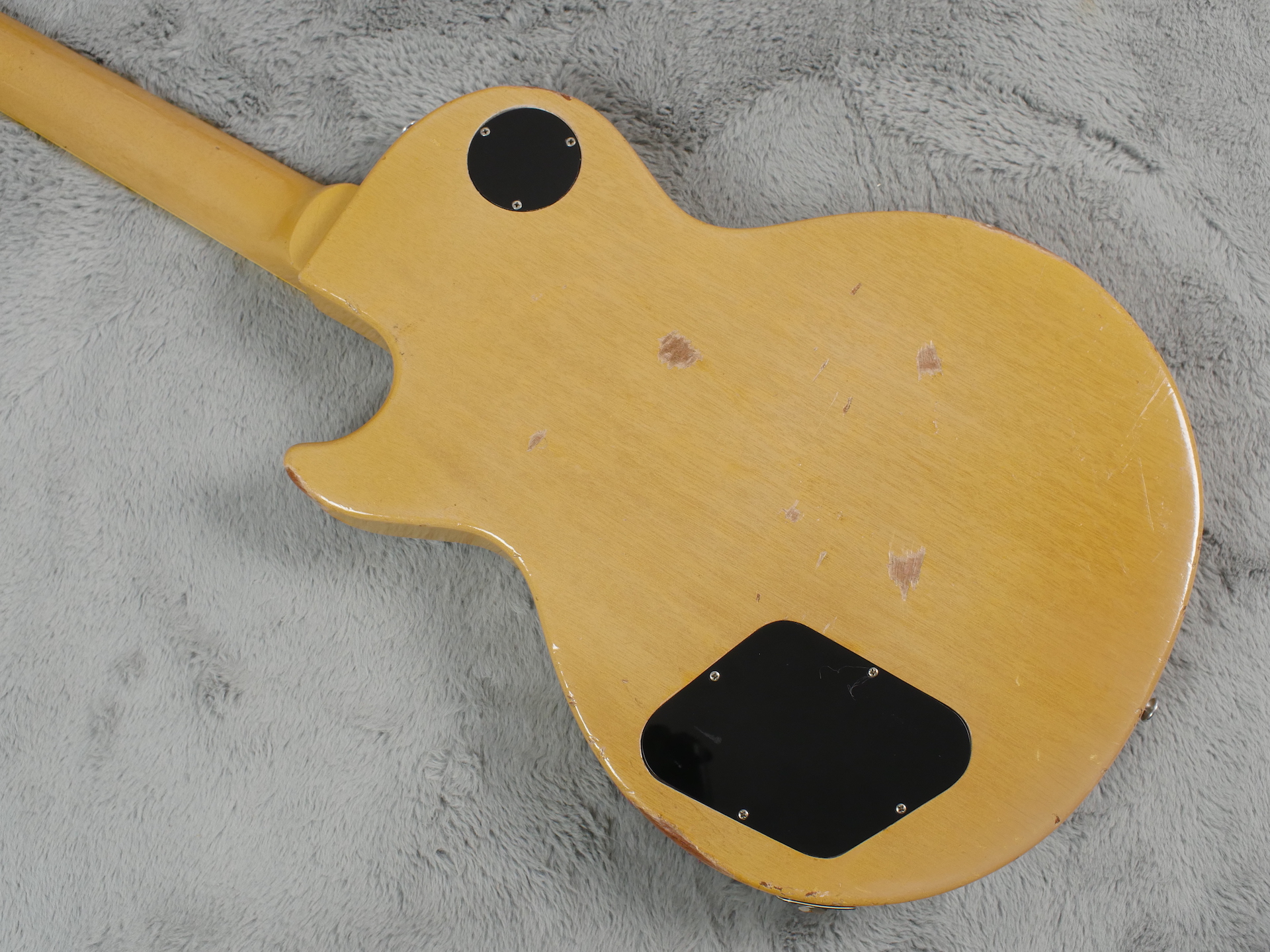 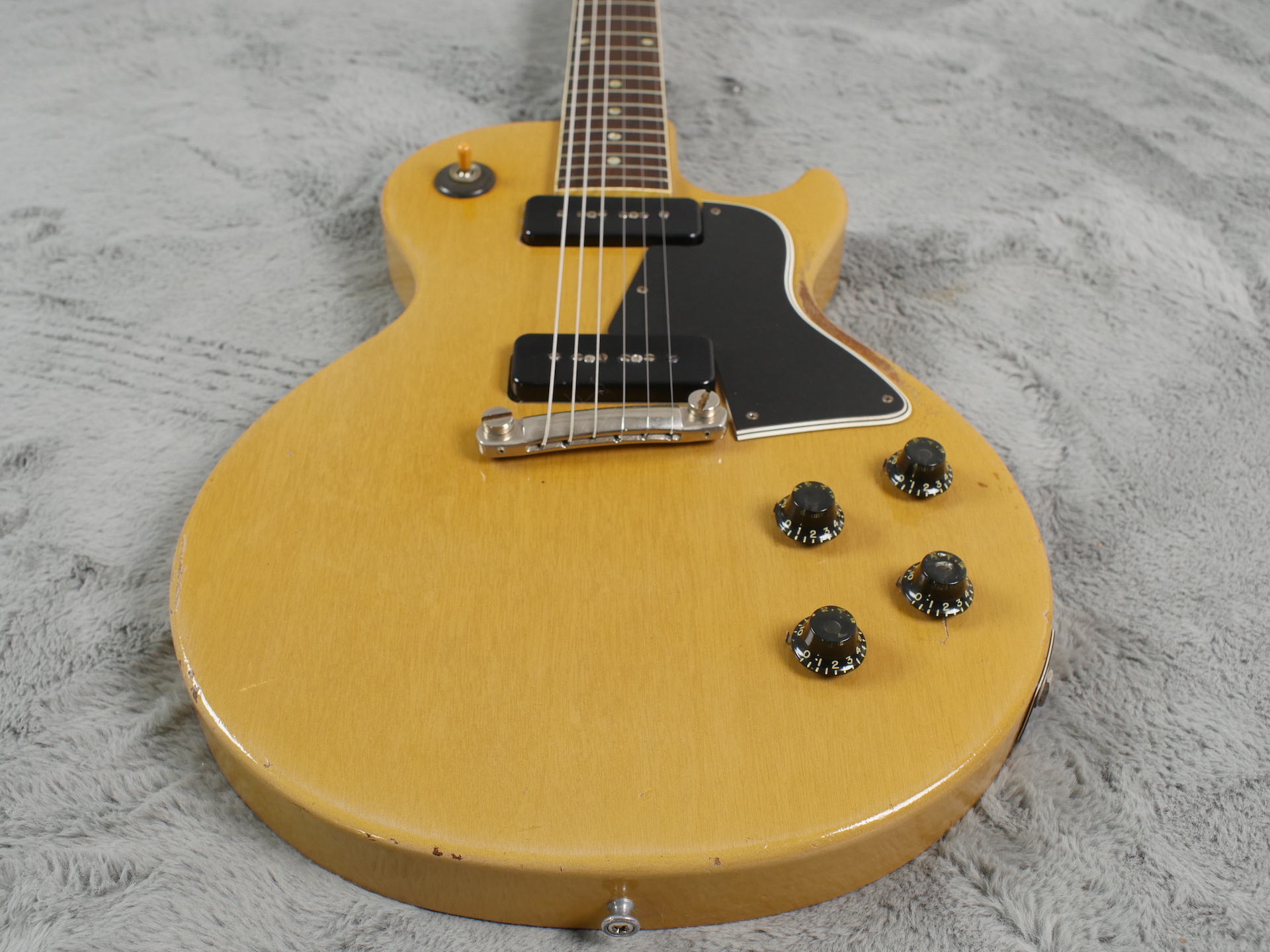 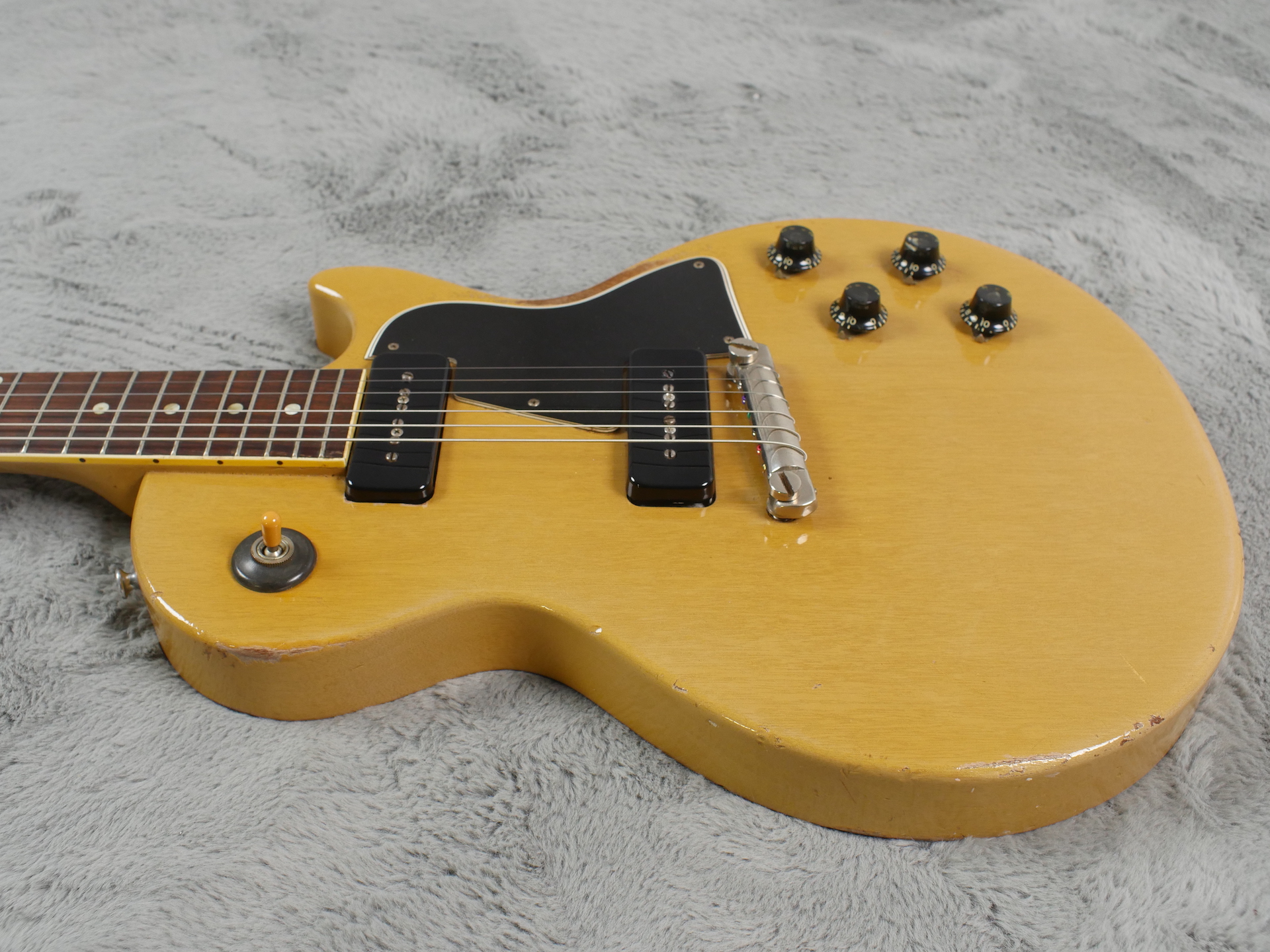 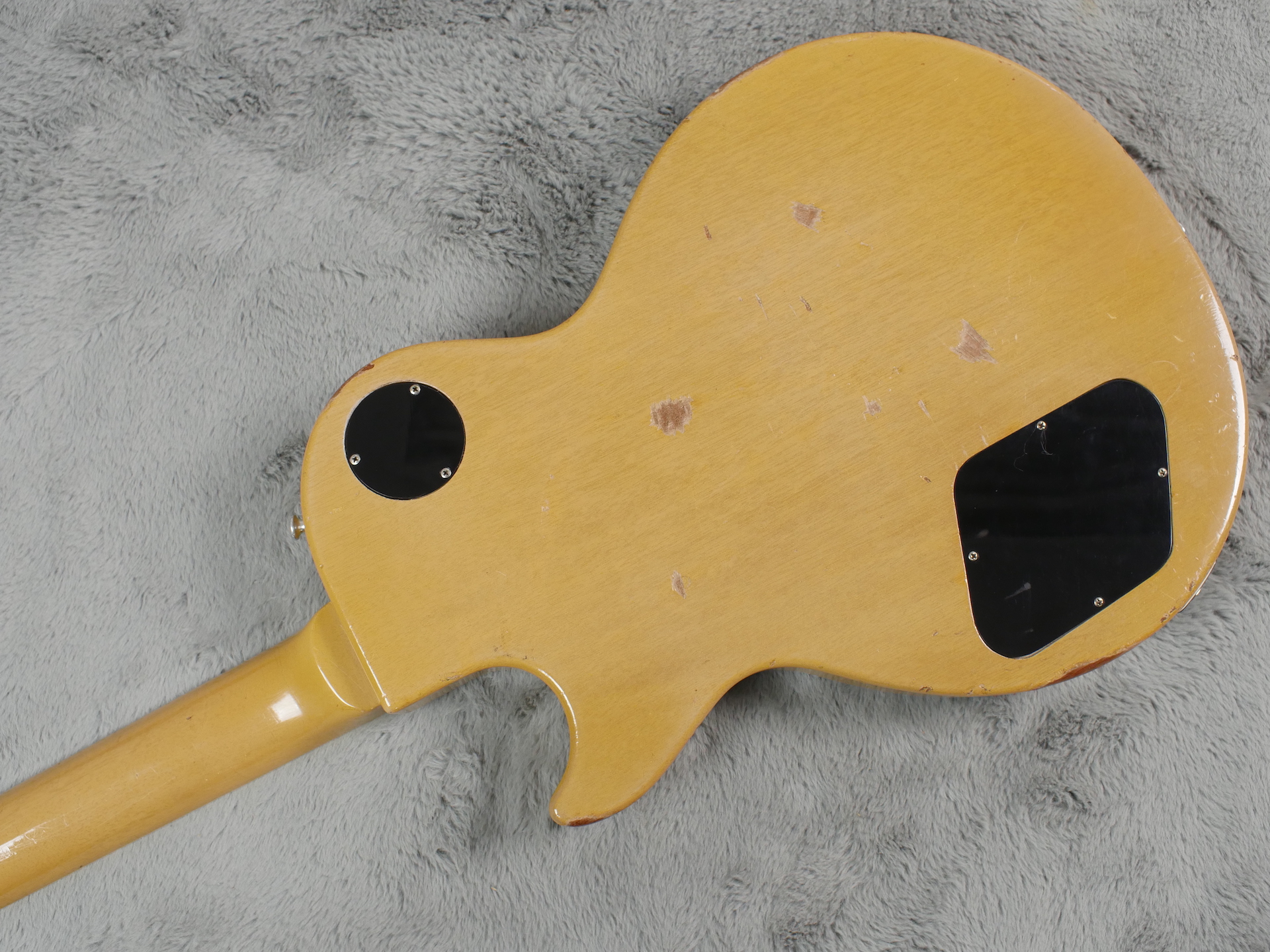 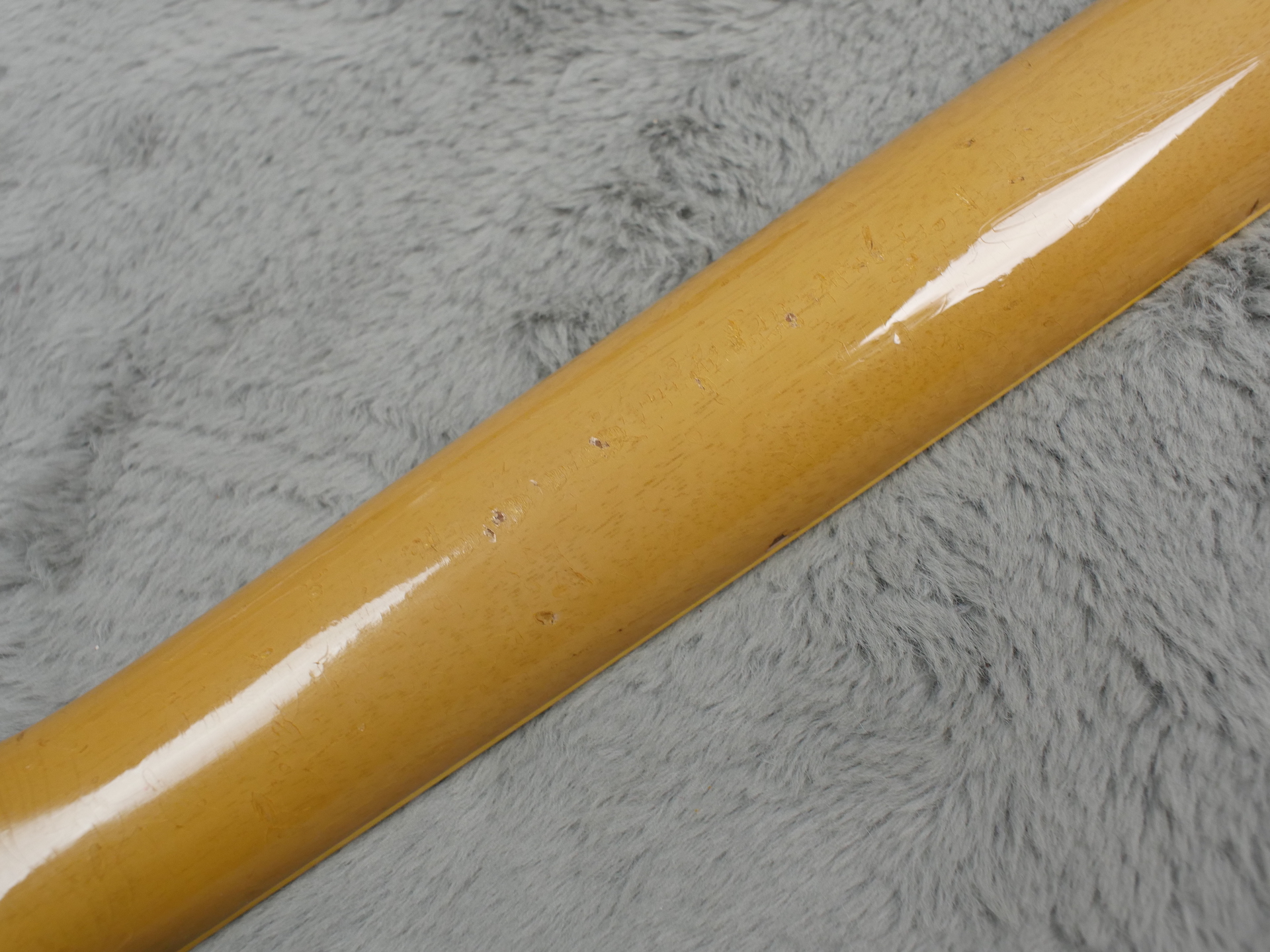 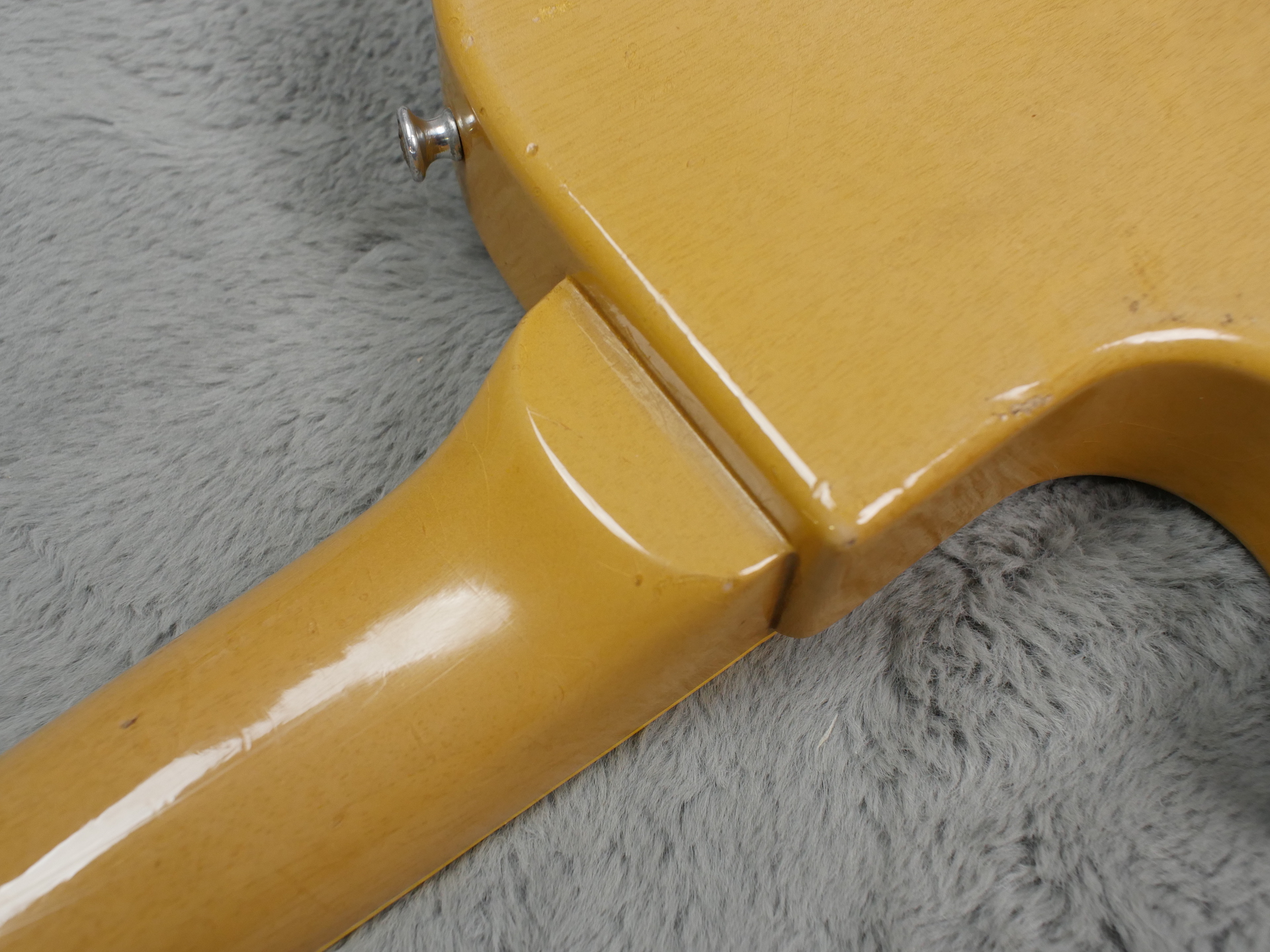 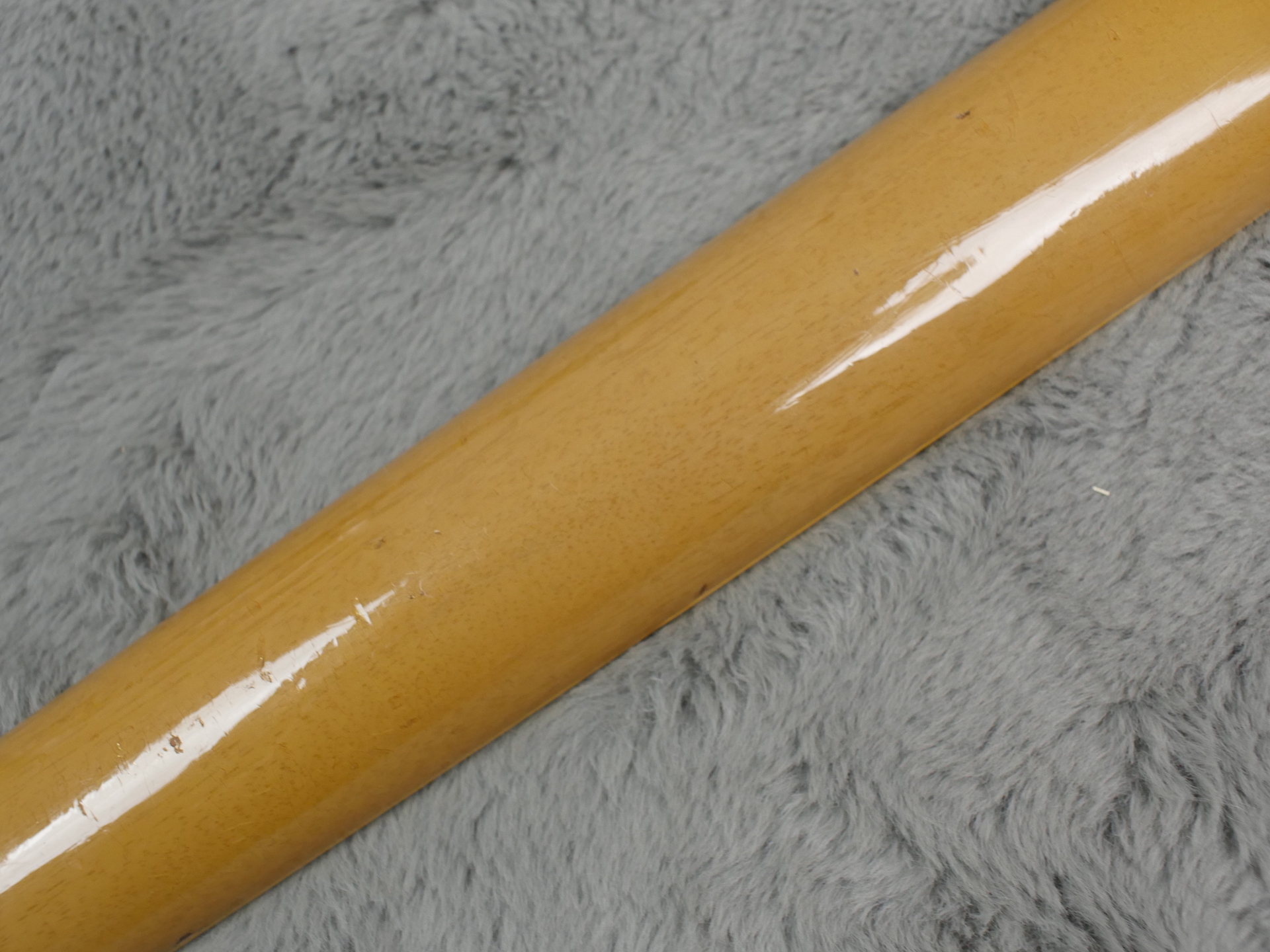 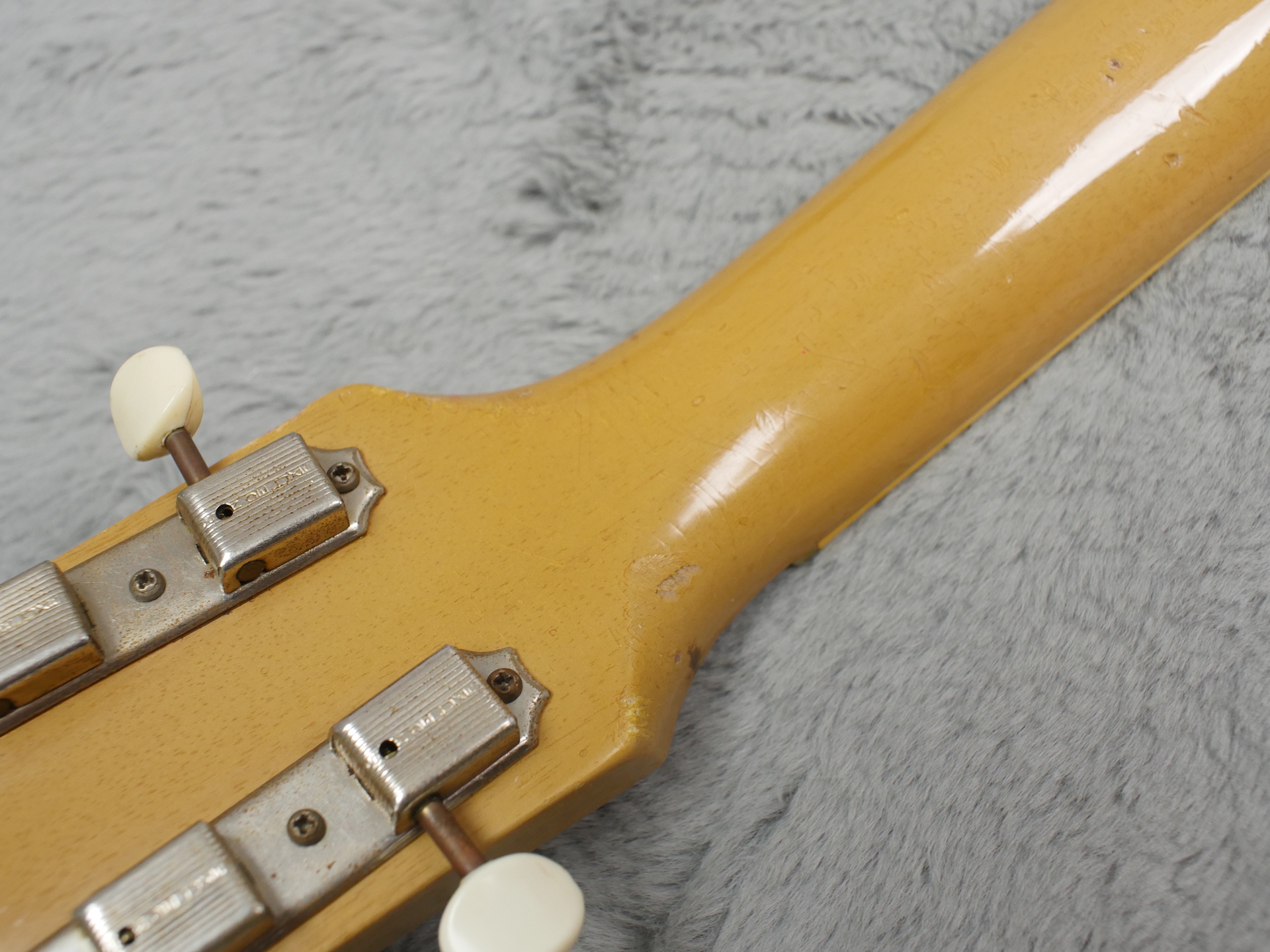 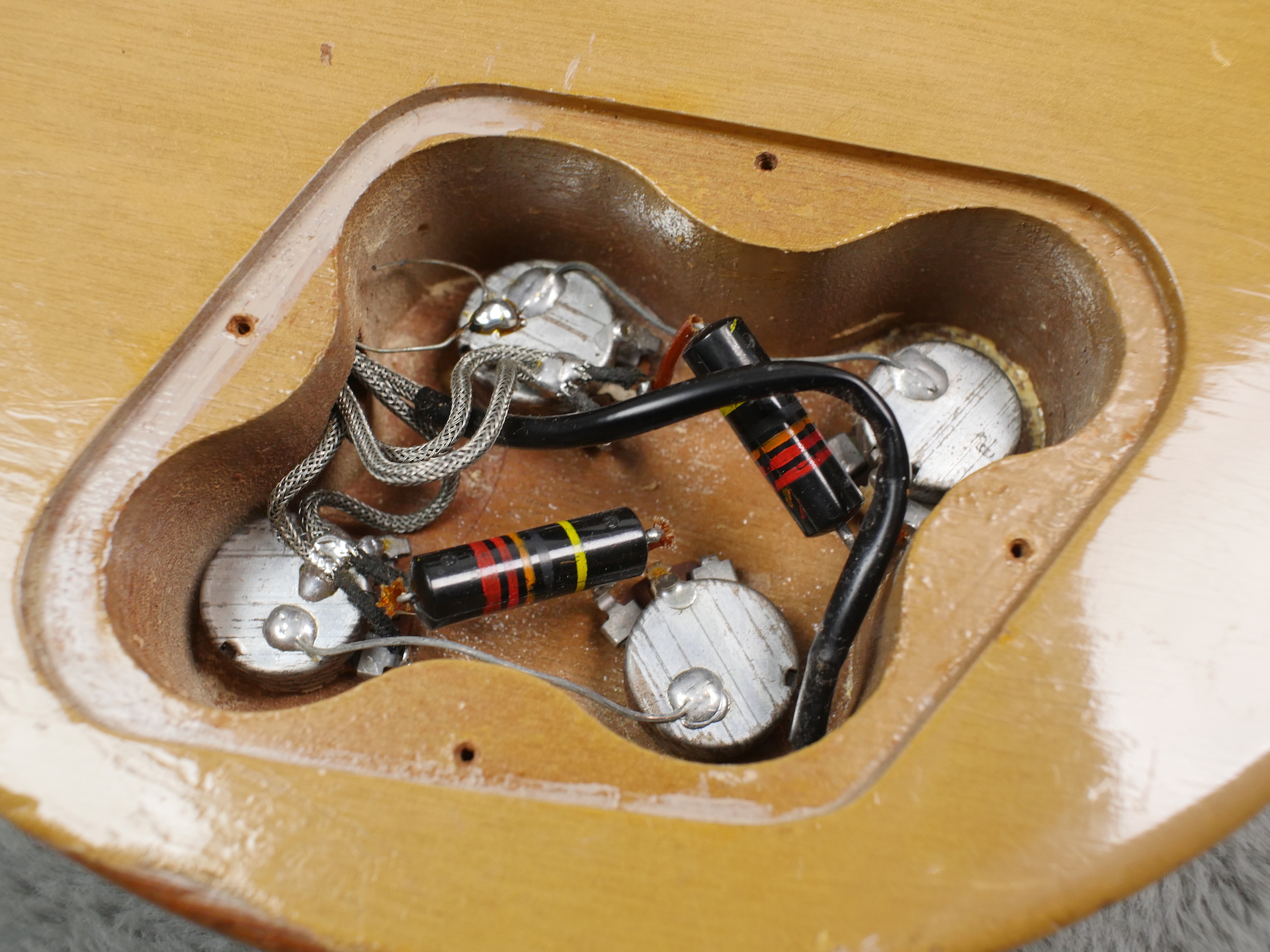 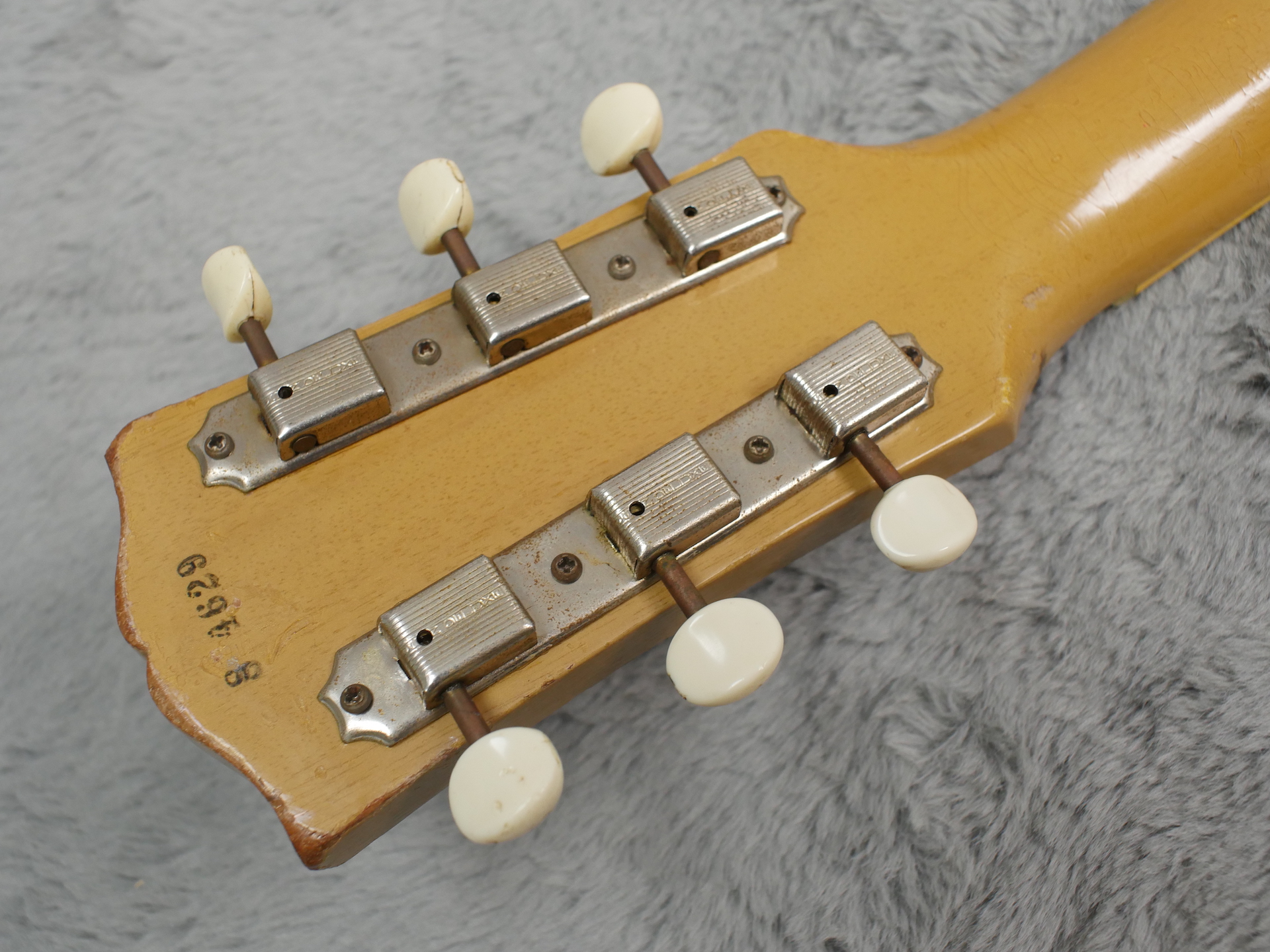