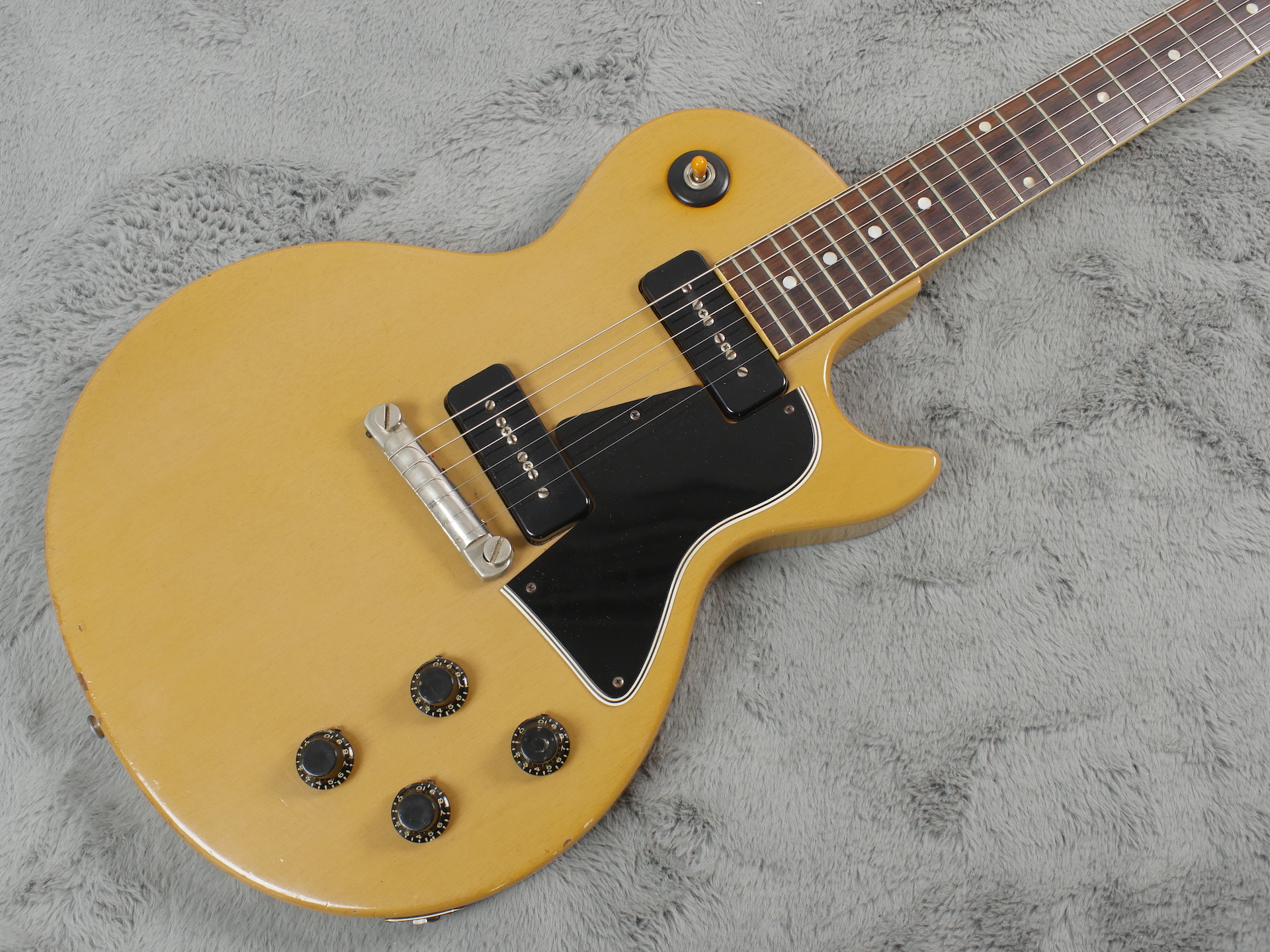 One of three Les Paul TV Specials we have right now, this is the second cleanest and is a very cool piece...

There are a few myths as to the origin of the moniker ‘TV Yellow’. Some say that it originates through the association with television cabinet finishes which were often done in limed mahogany (the finish listed in the Gibson Catalogue). Another idea most often quoted is that the finish looked better when broadcast (a suggestion put forward by Les Paul himself) as white caused issues with early television cameras.

A more controversial one is that the TV stands for ‘Telecaster Version’, a name given to the finish by Gibson executives who thought the combination of a blonde finish and black pick guard would confuse new customers into buying the Les Paul Juniors over their rival Fender’s Telecaster. Whatever the answer, its certain that this is one of Gibson’s most distinctive finishes, one which went through many changes over the years.

This guitar is stunning. There is very little if any wear to either the front or the back and there is little evidence of any fade. The neck is free of any wear though the colour has darkened a little with time. The rosewood fretboard is in god shape and the frets have plenty of life left in them. The headstock shows some signs of wear around the edges.

The plastics are in great shape and like everything else on this superb guitar are original or correct to the instrument.

Electronically everything is correct and all the solder joint are undisturbed. The rubber washer around the selector switch is a feature of specials from around March 1958. Some earlier ones left the factory with a plastic poker chip type but most are rubber.

The guitar comes with a Gibson hardshell case which is brown and pink like the original would have been but this one is from the early 80’s however over time it has aged nicely and at first glance looks like an original Lifton.

Plugged in we’re greeted by a plethora of gnarly tones, as you expect from such an instrument. The joy is being able to tame these and take your sound from hairy to subtle with the simple manipulation of the controls. For such a straightforward guitar, there is whole world on sounds available. 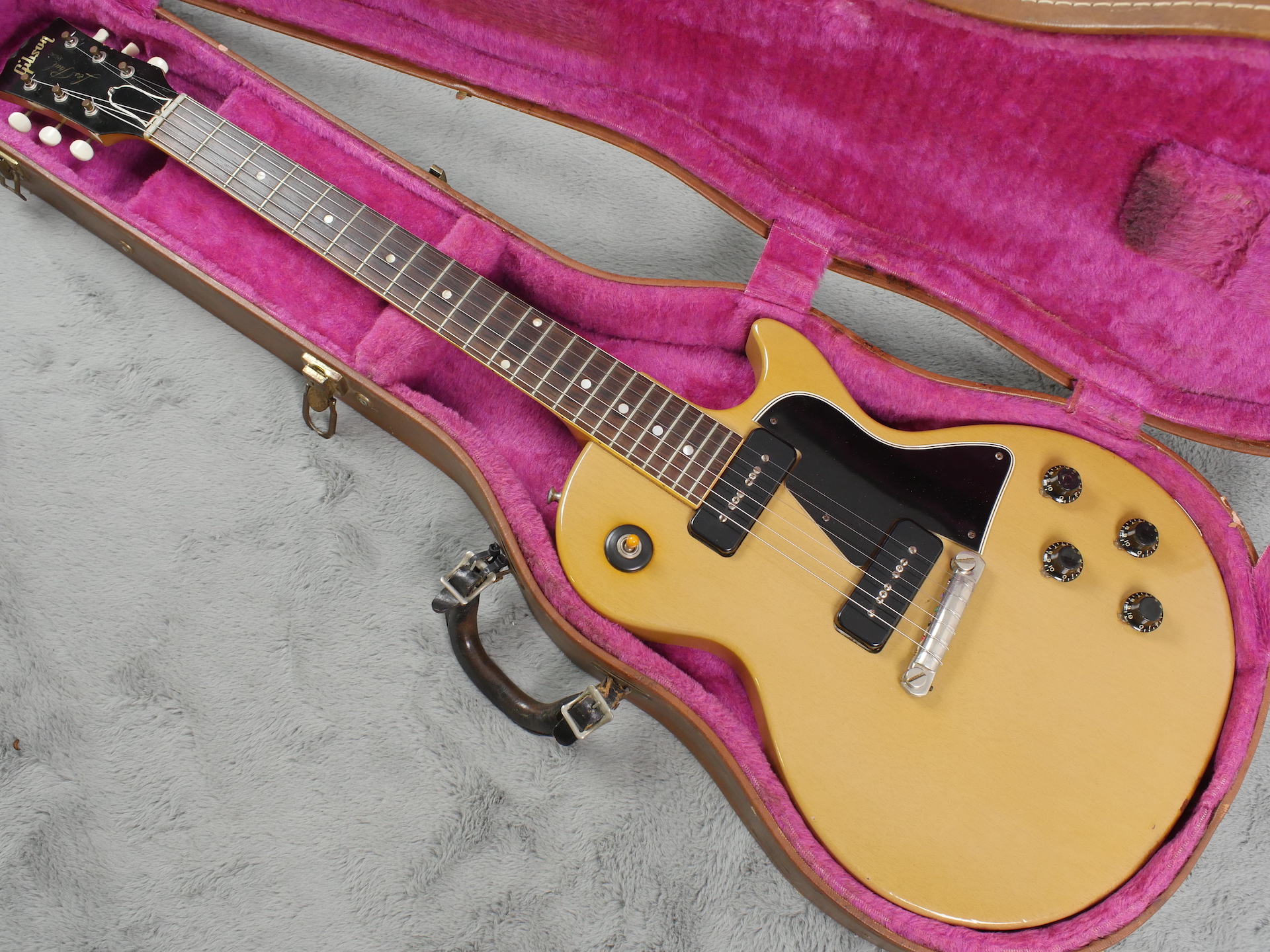 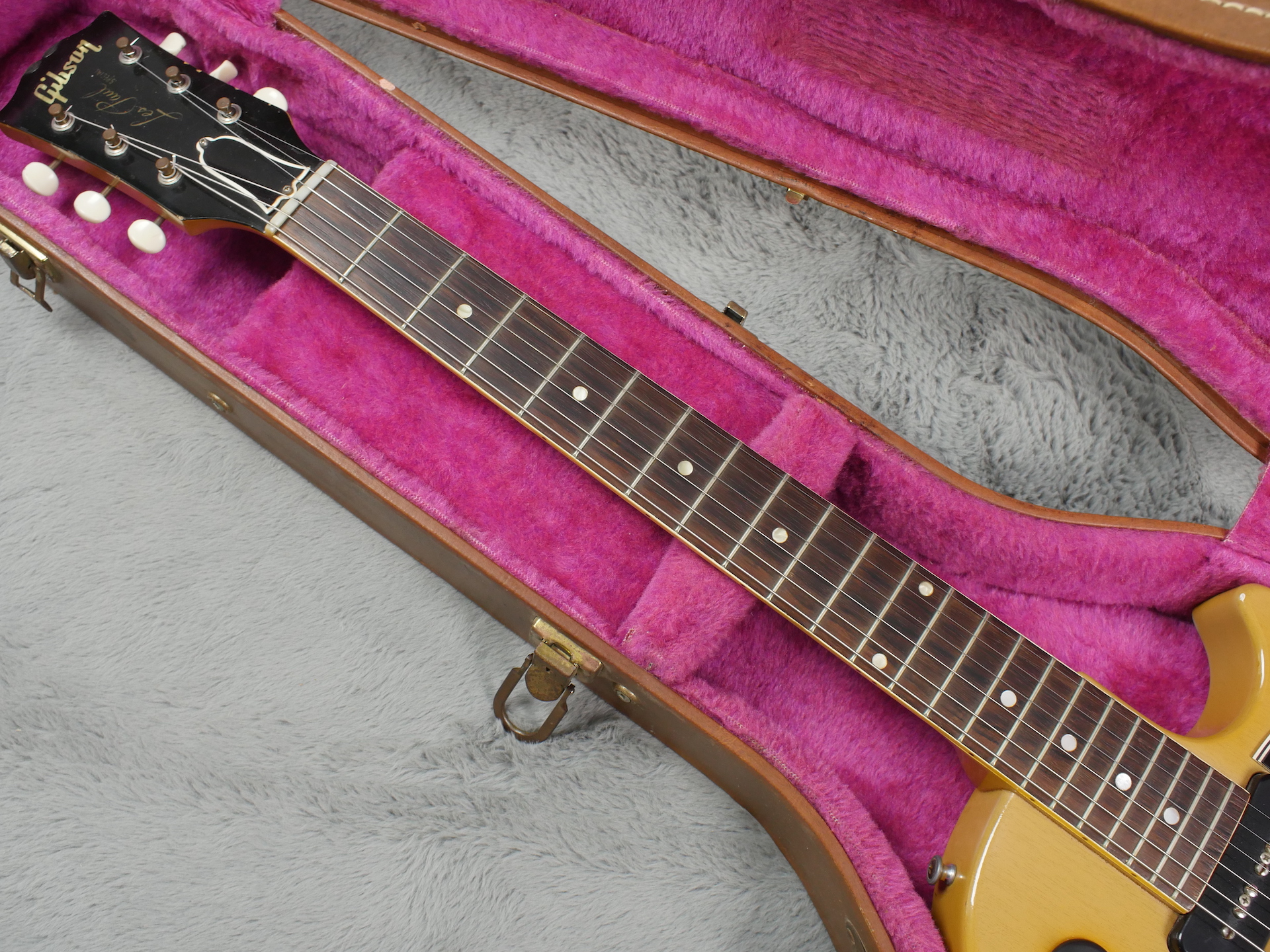 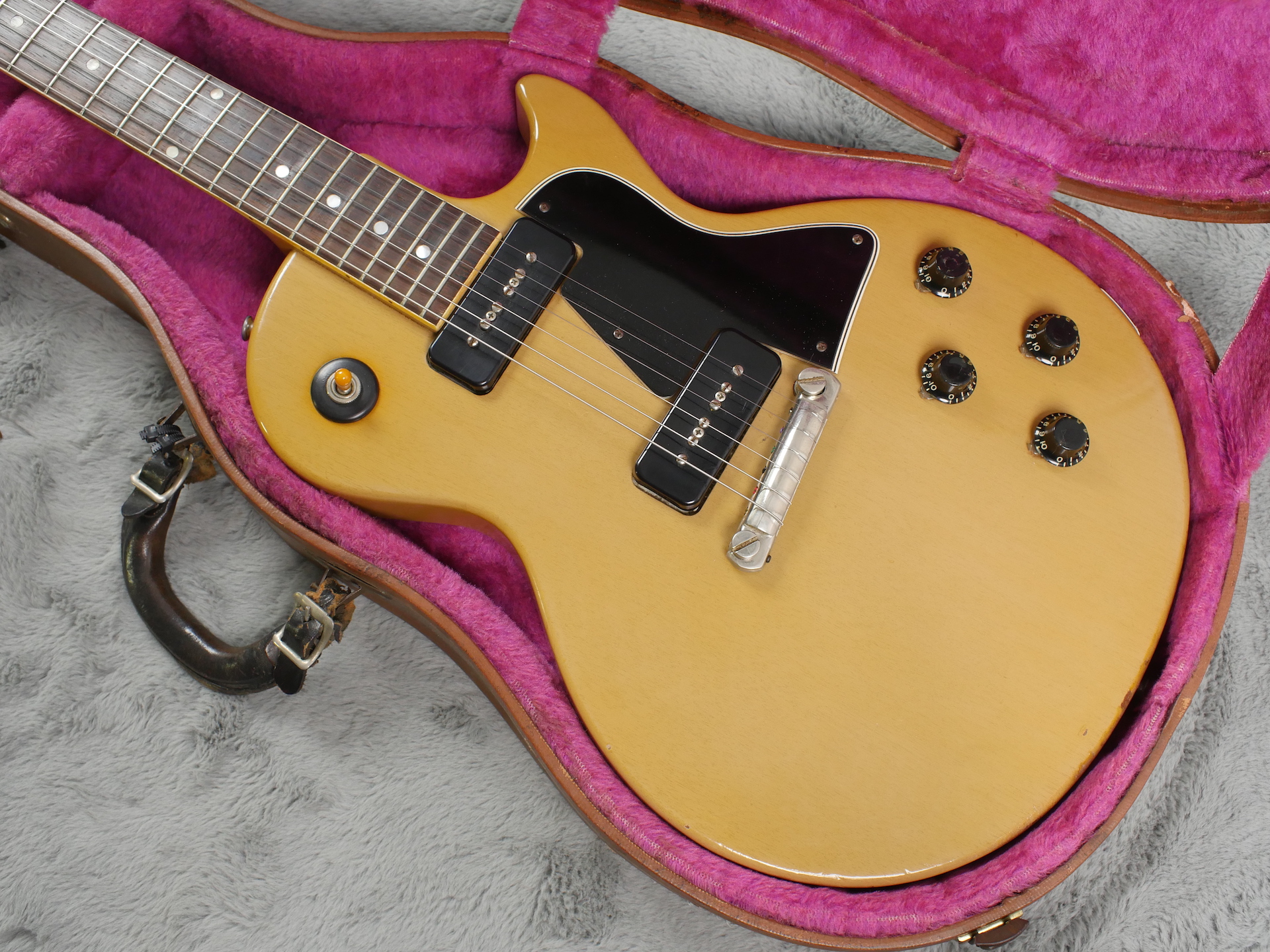 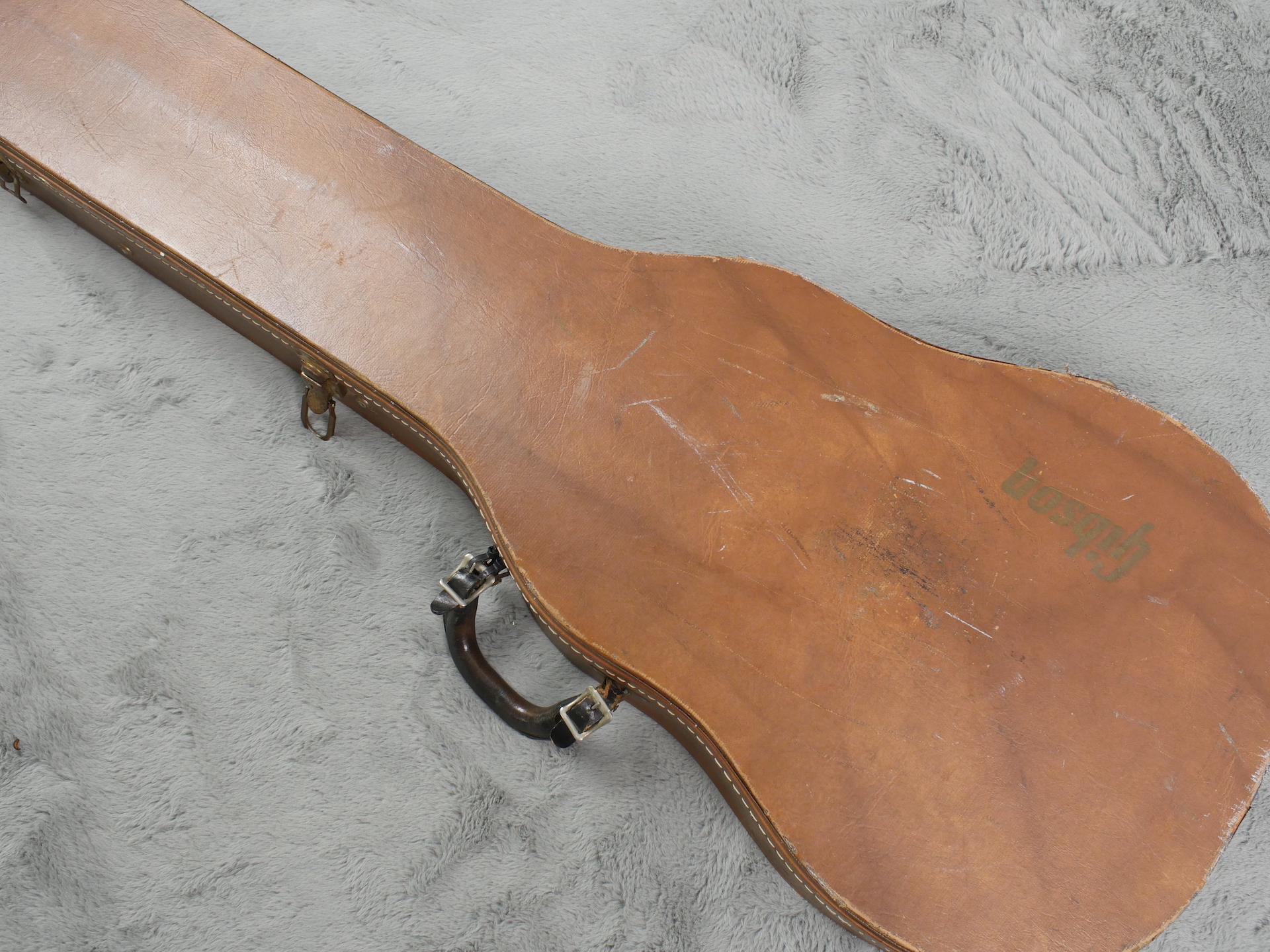 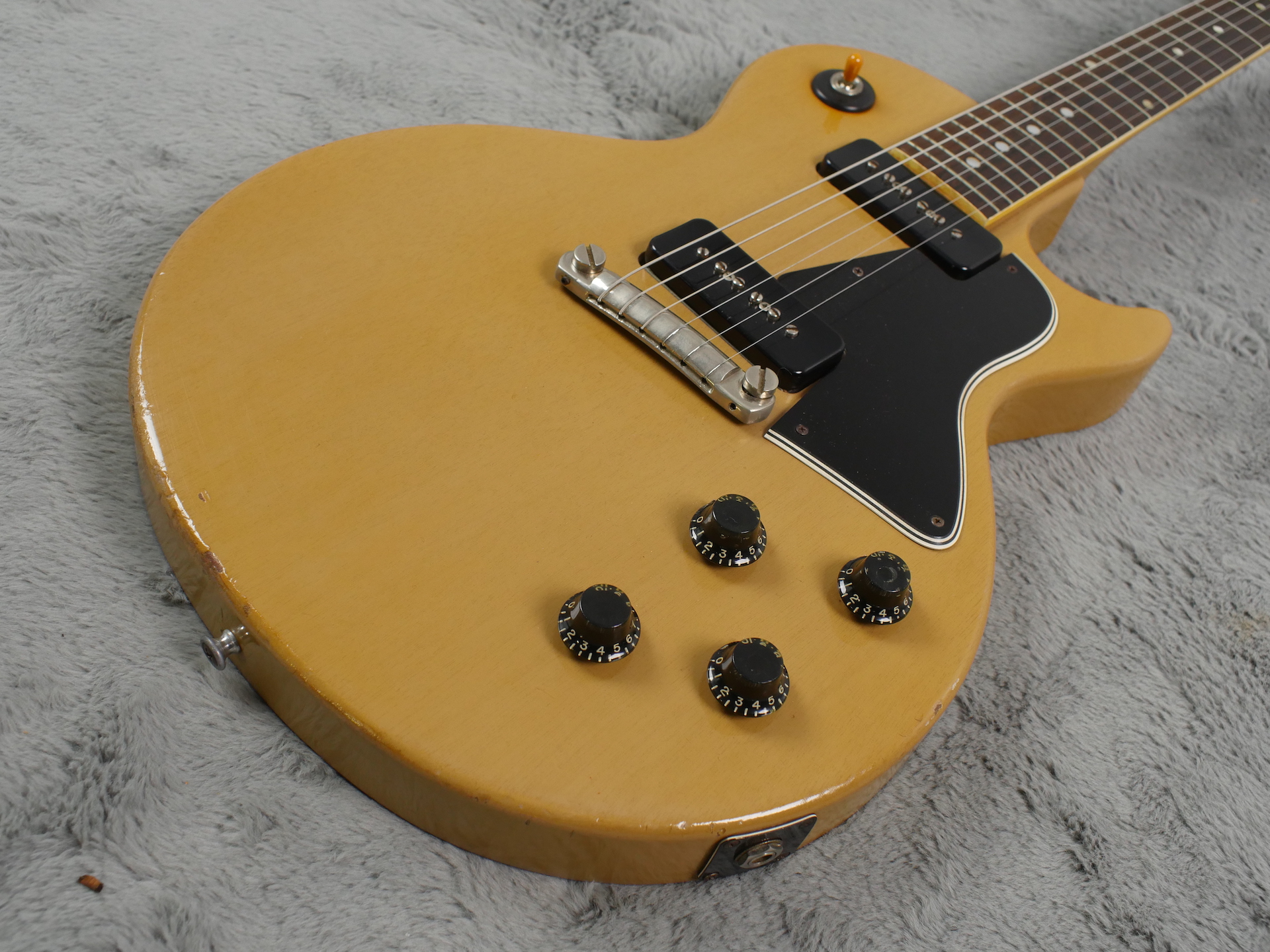 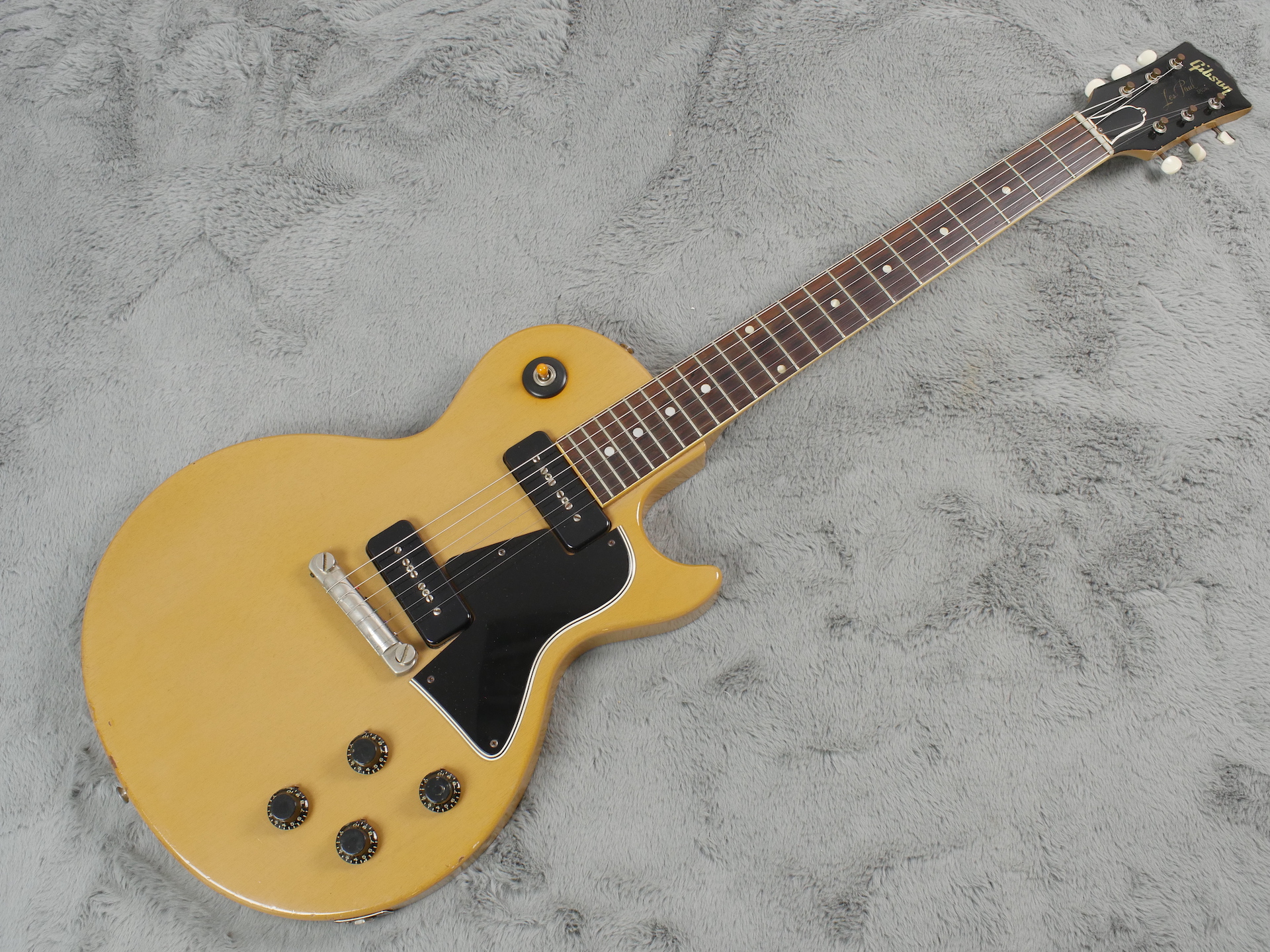 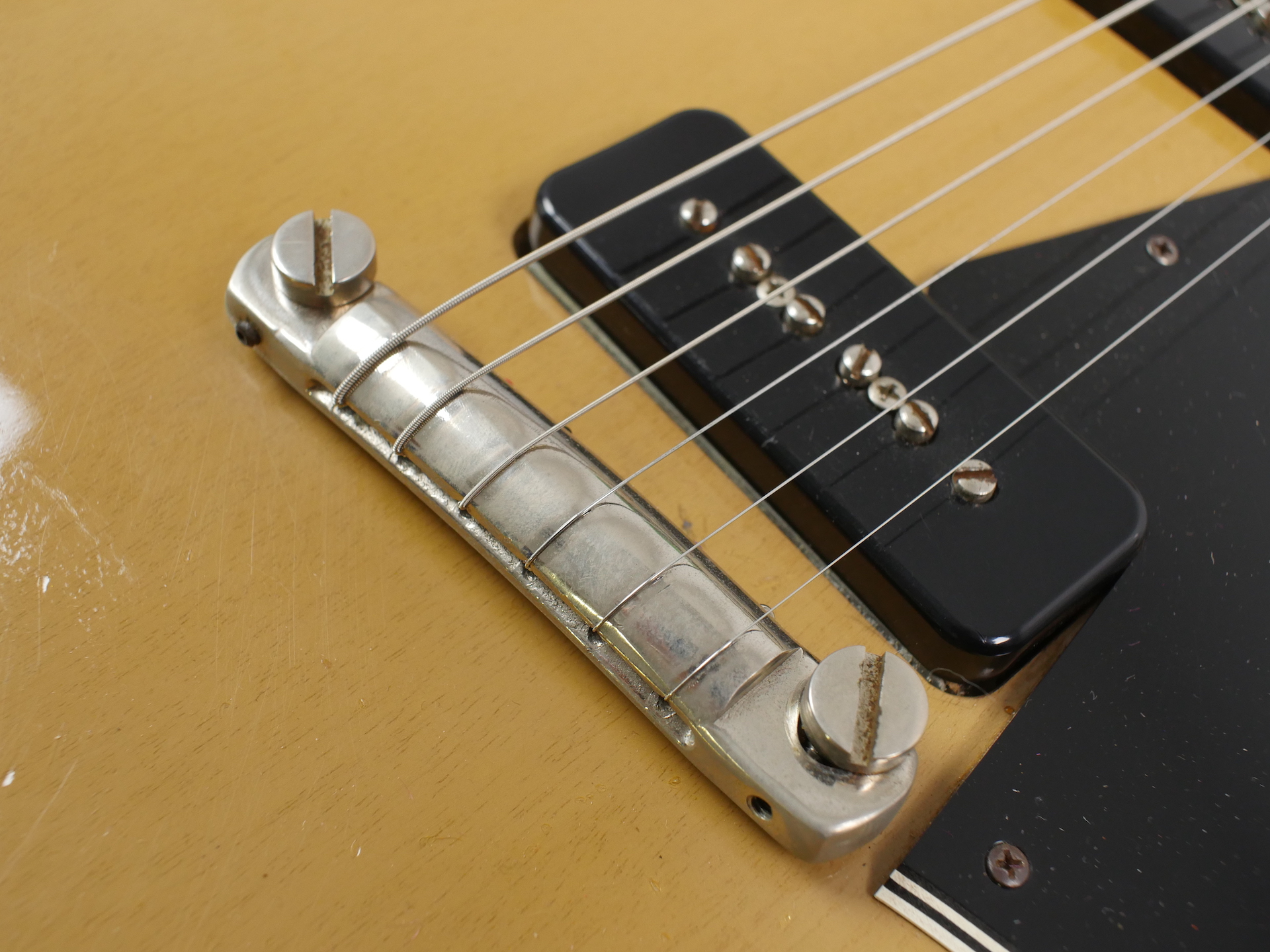 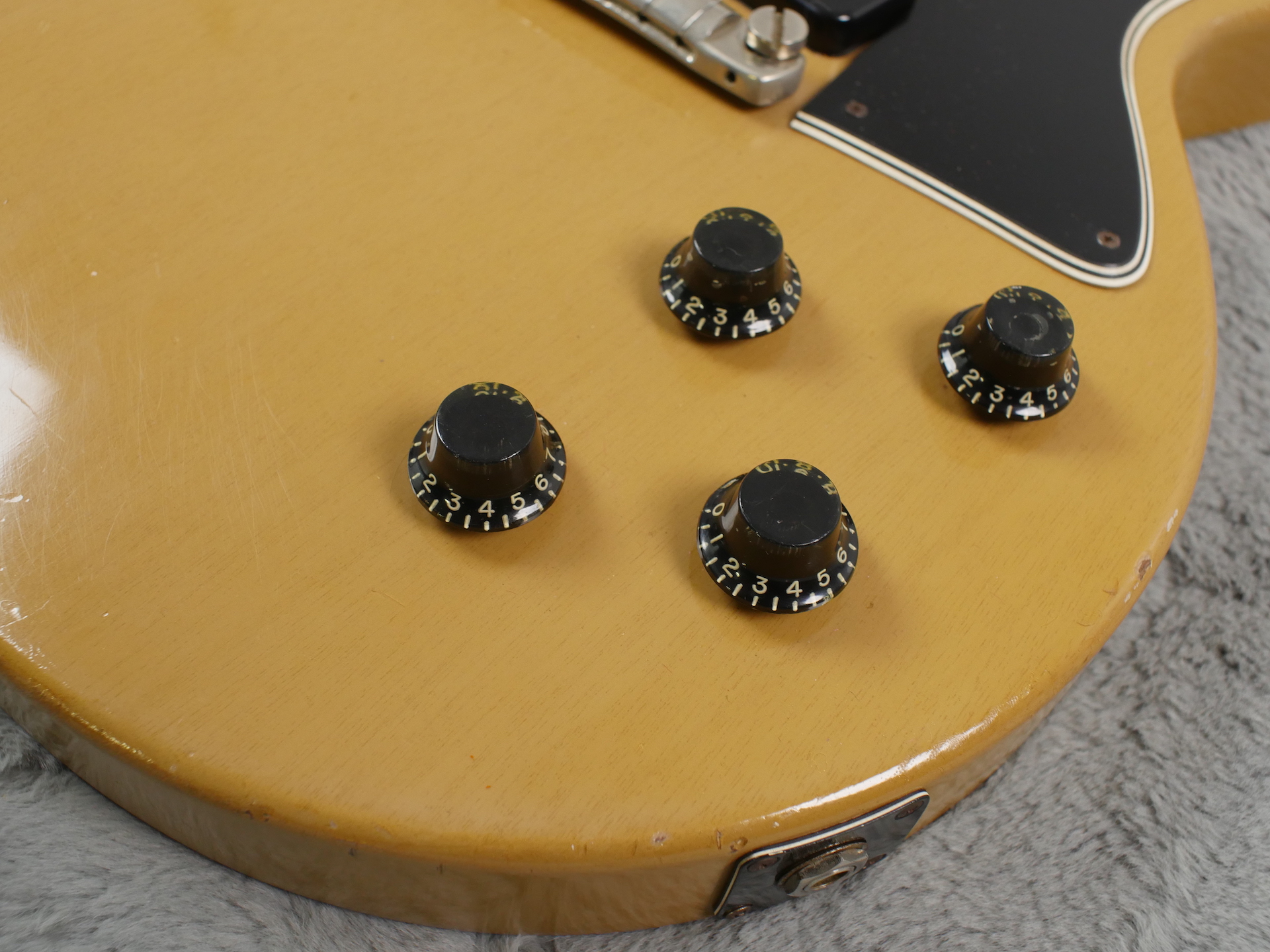 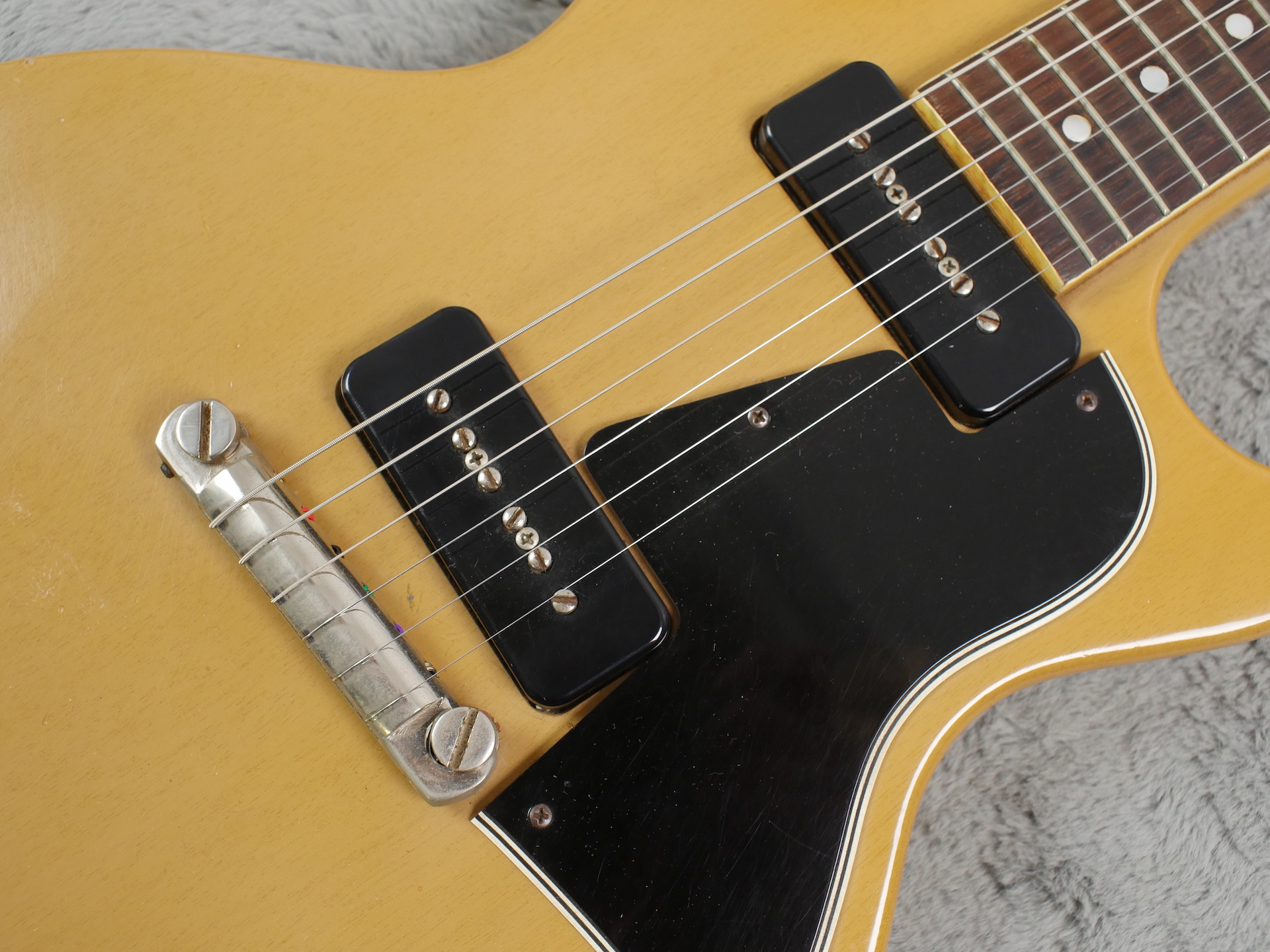 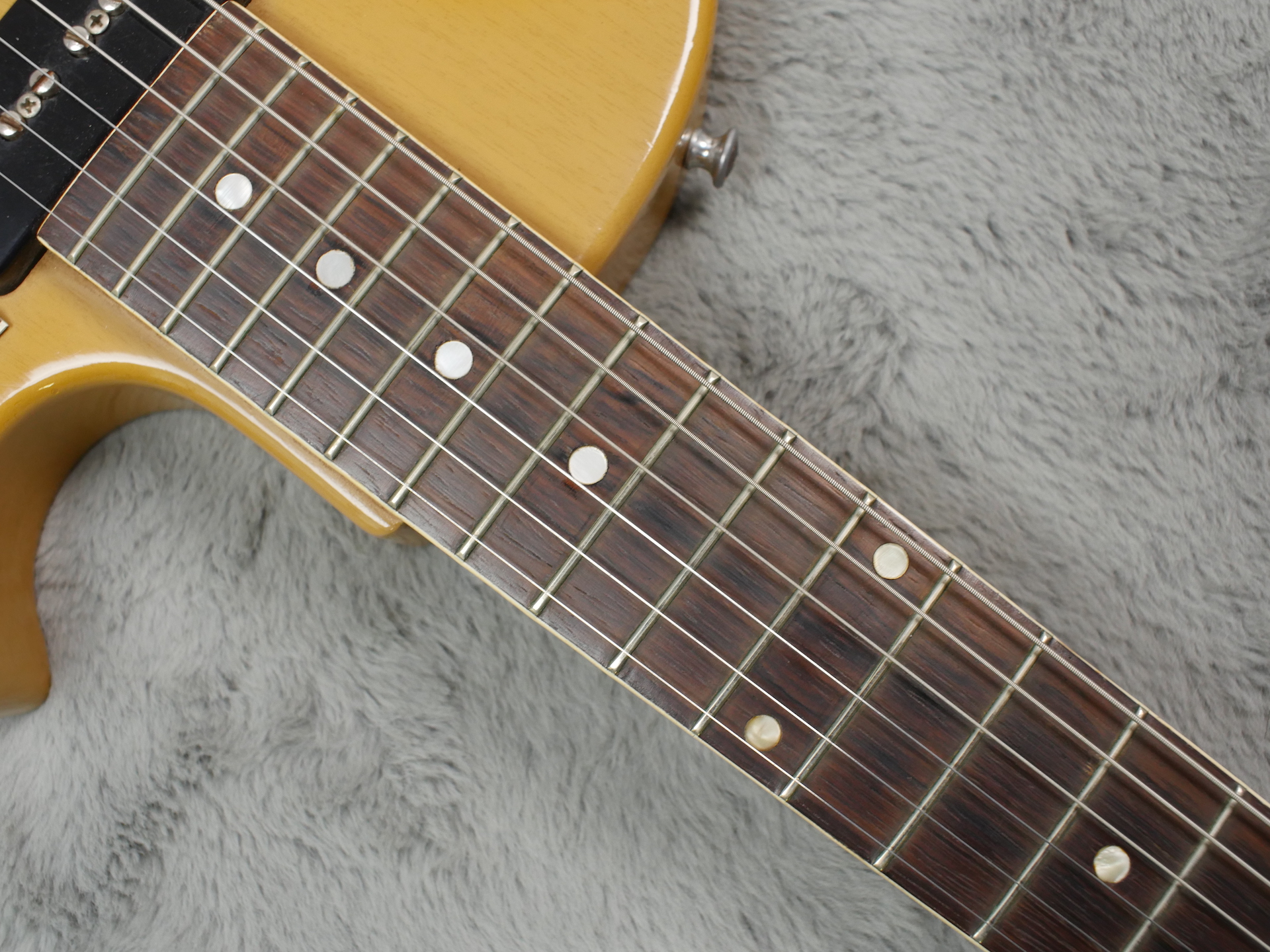 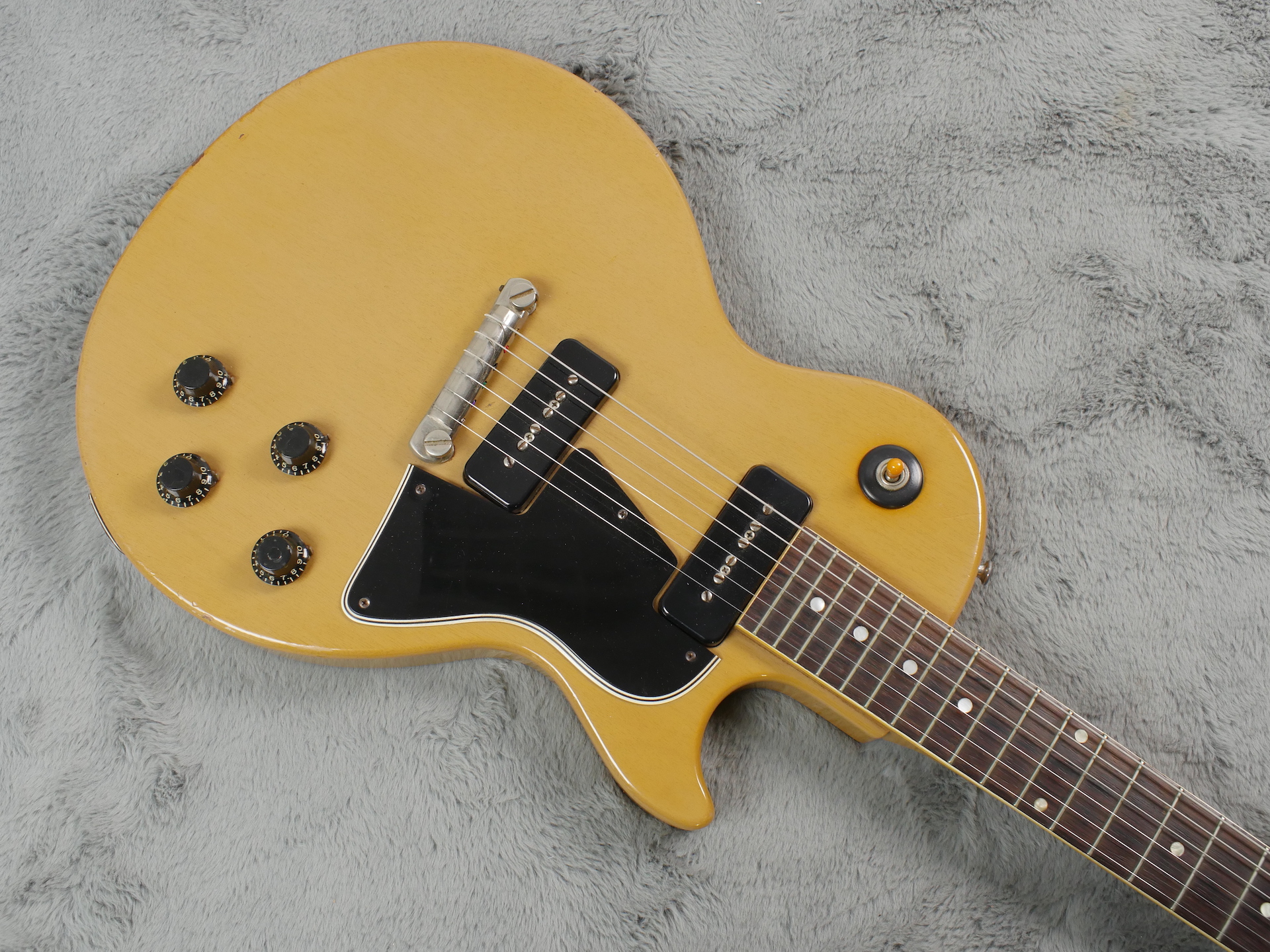 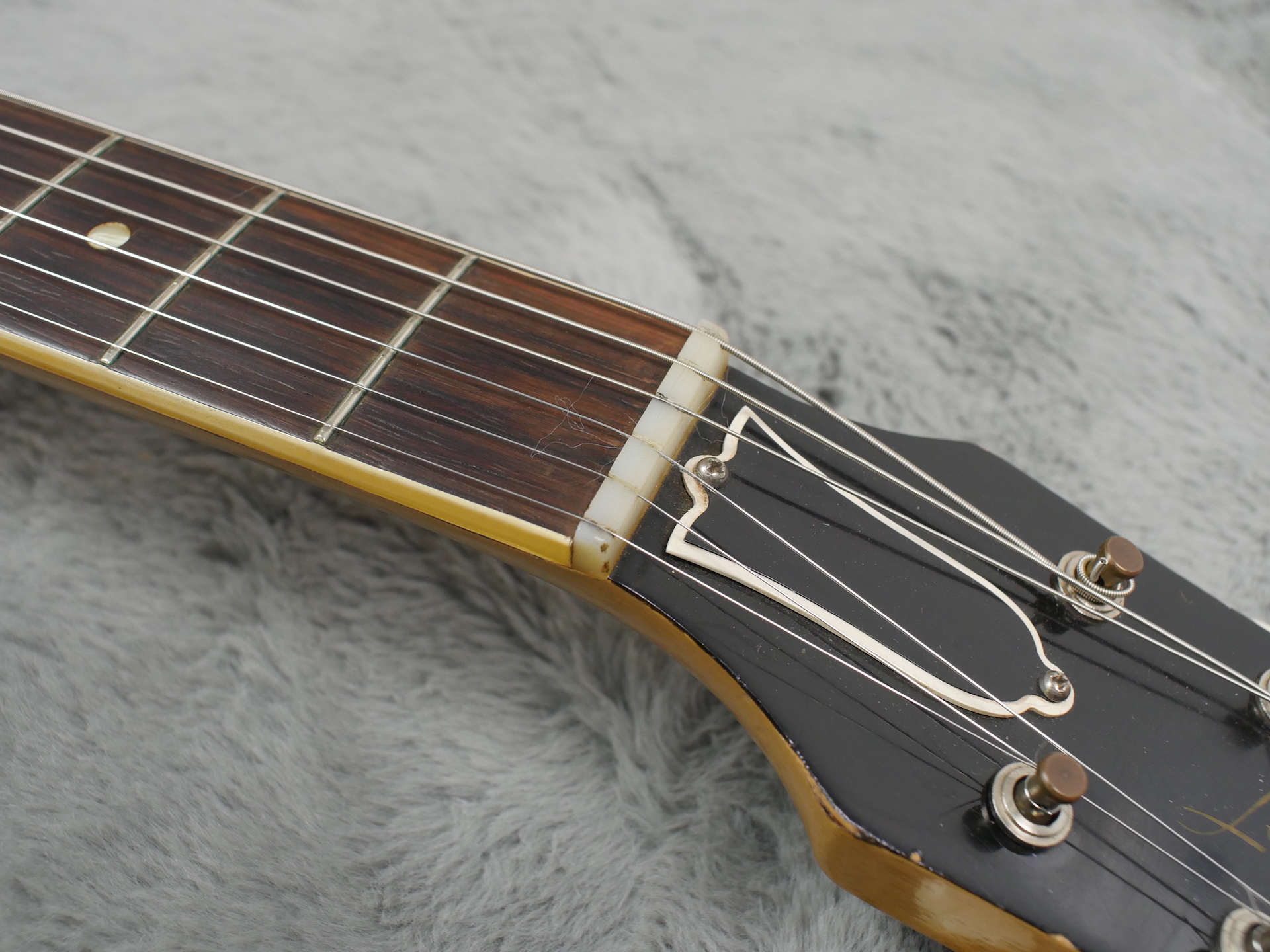 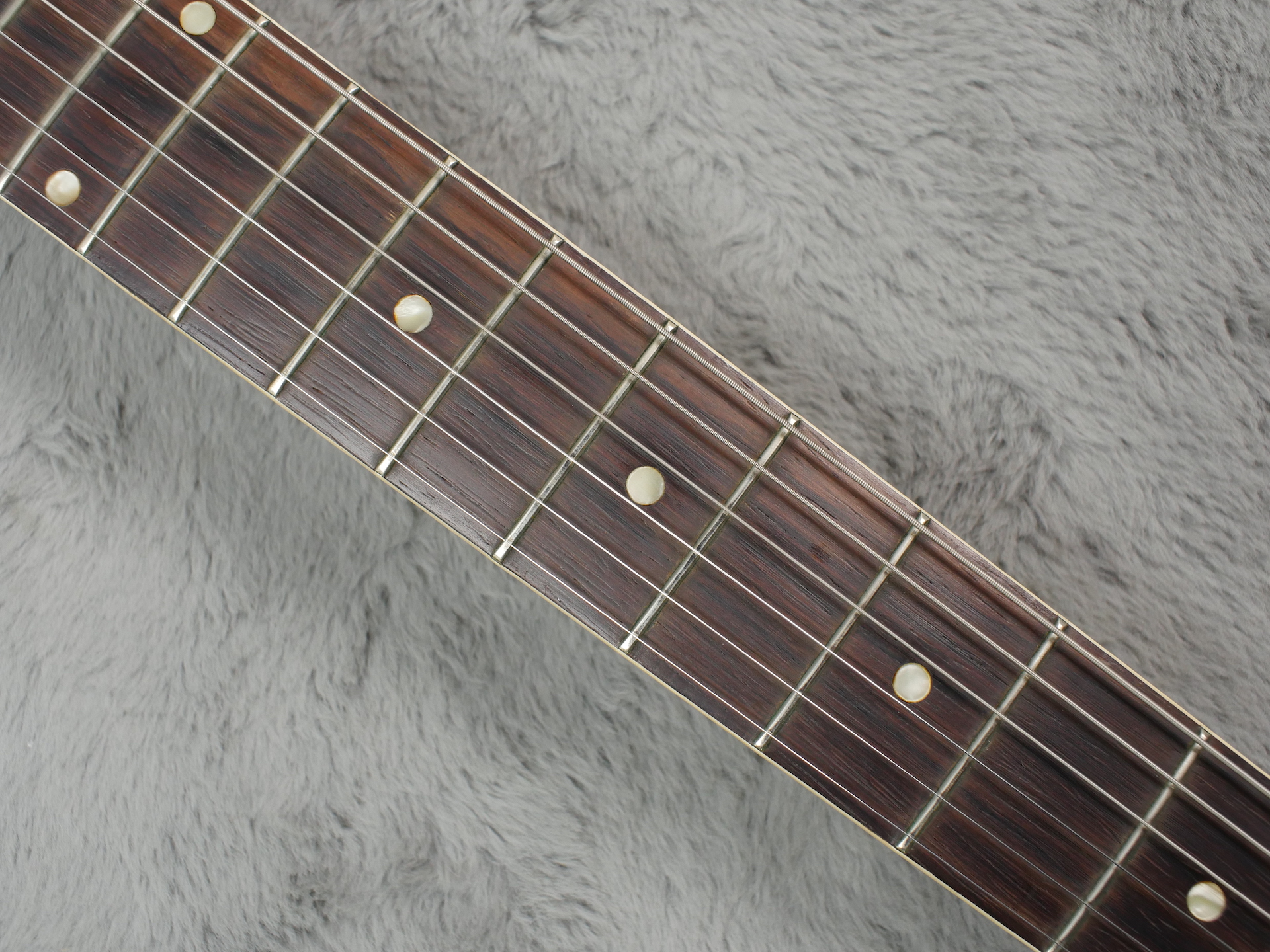 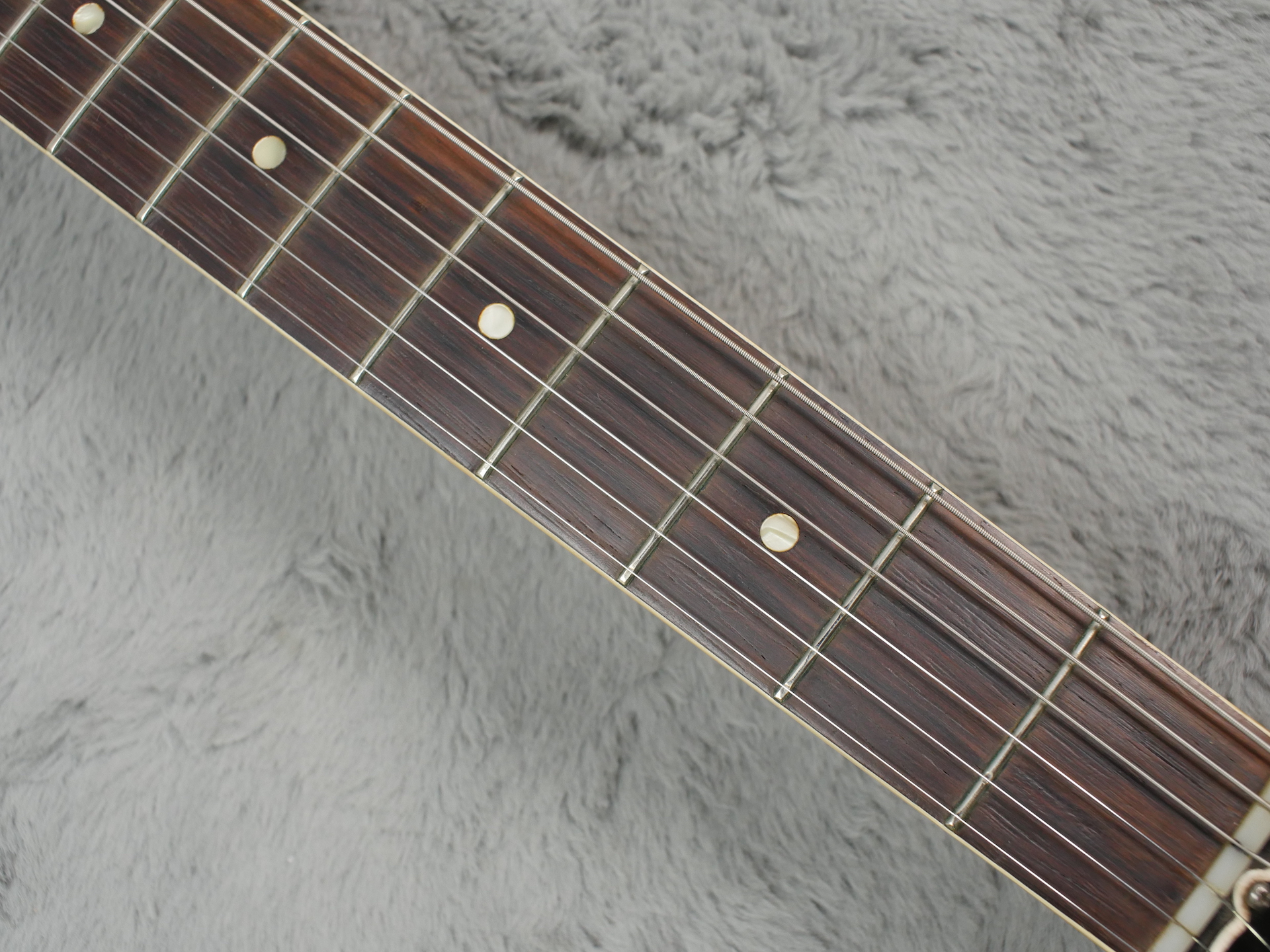 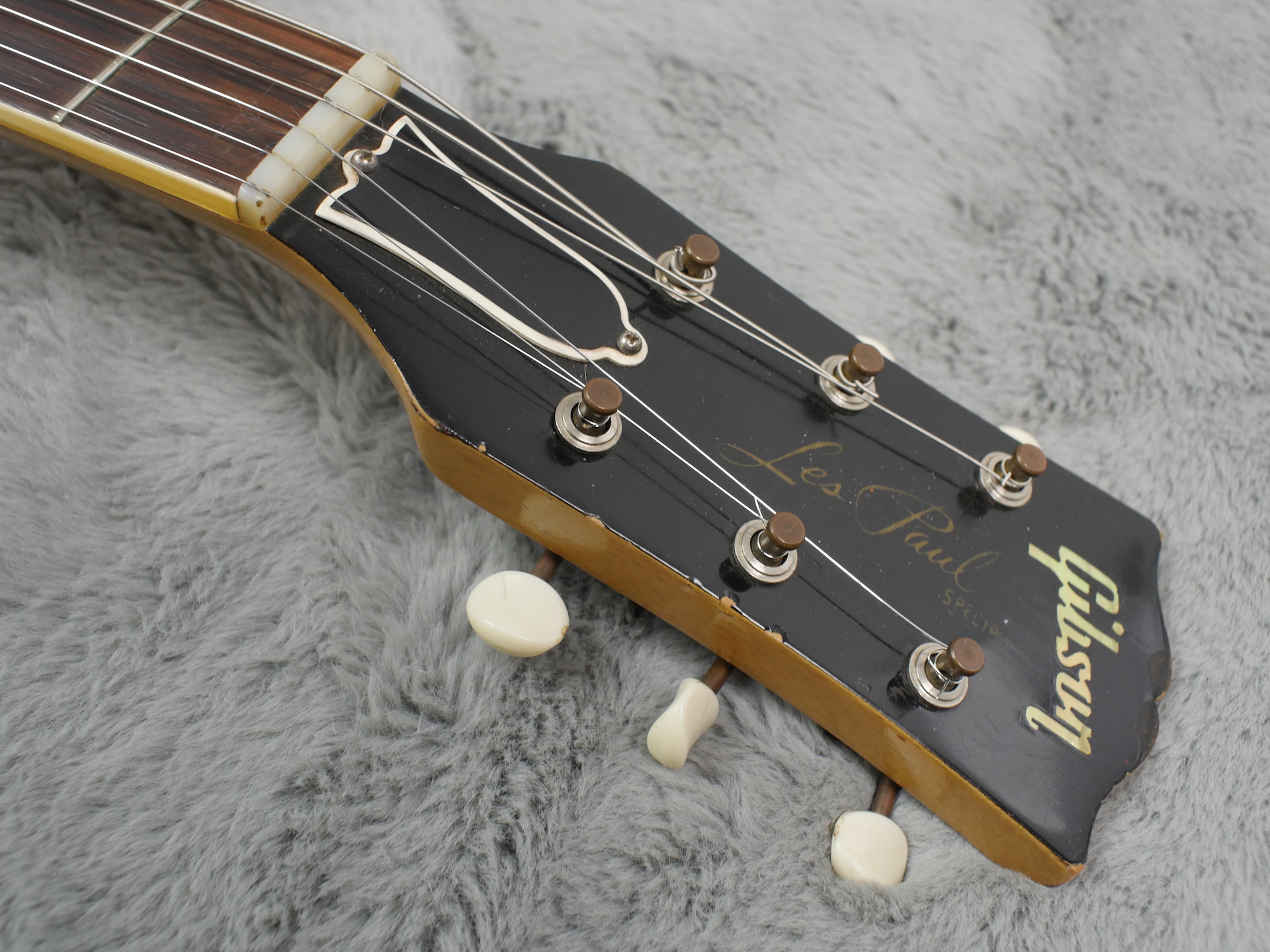 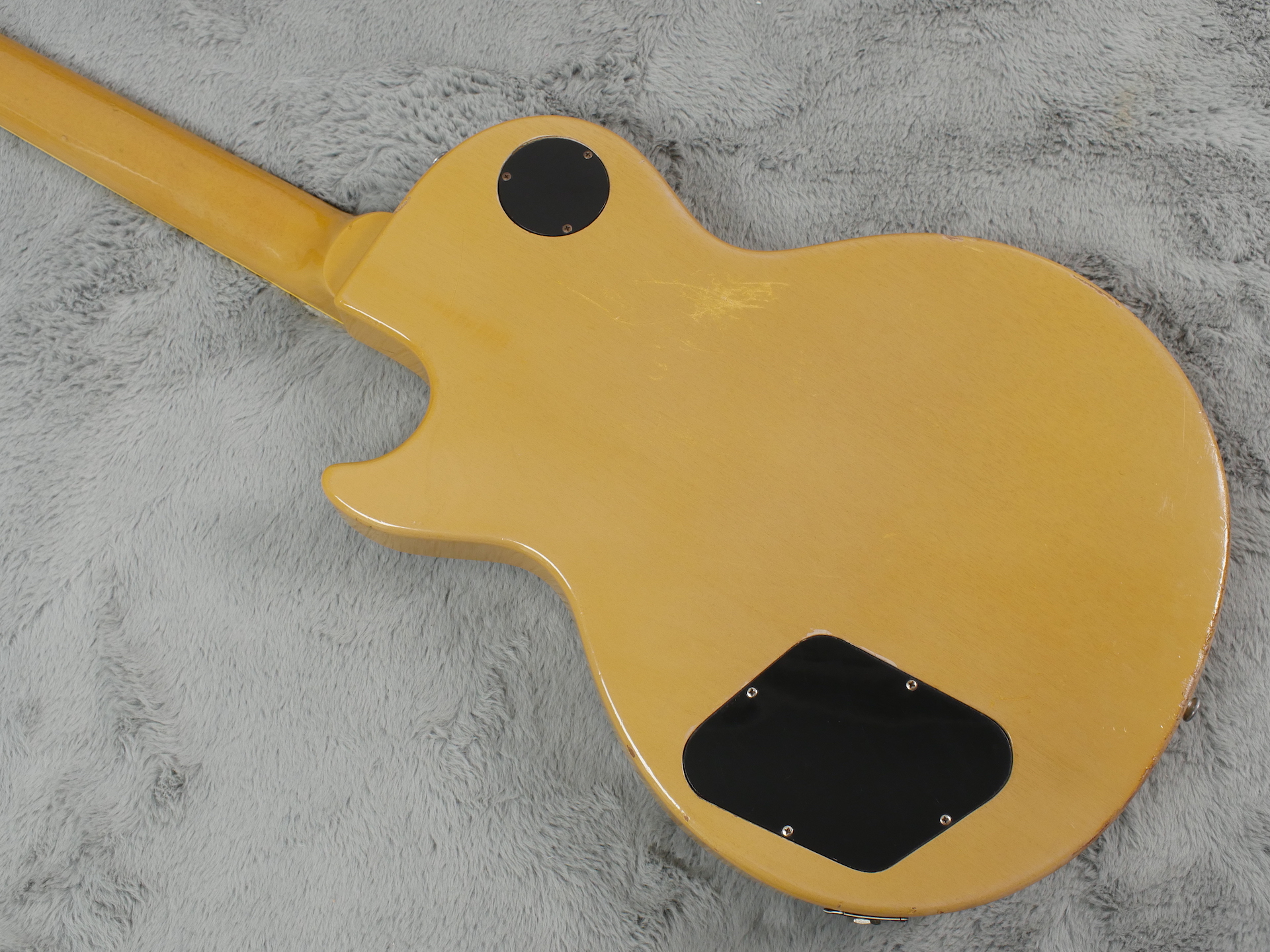 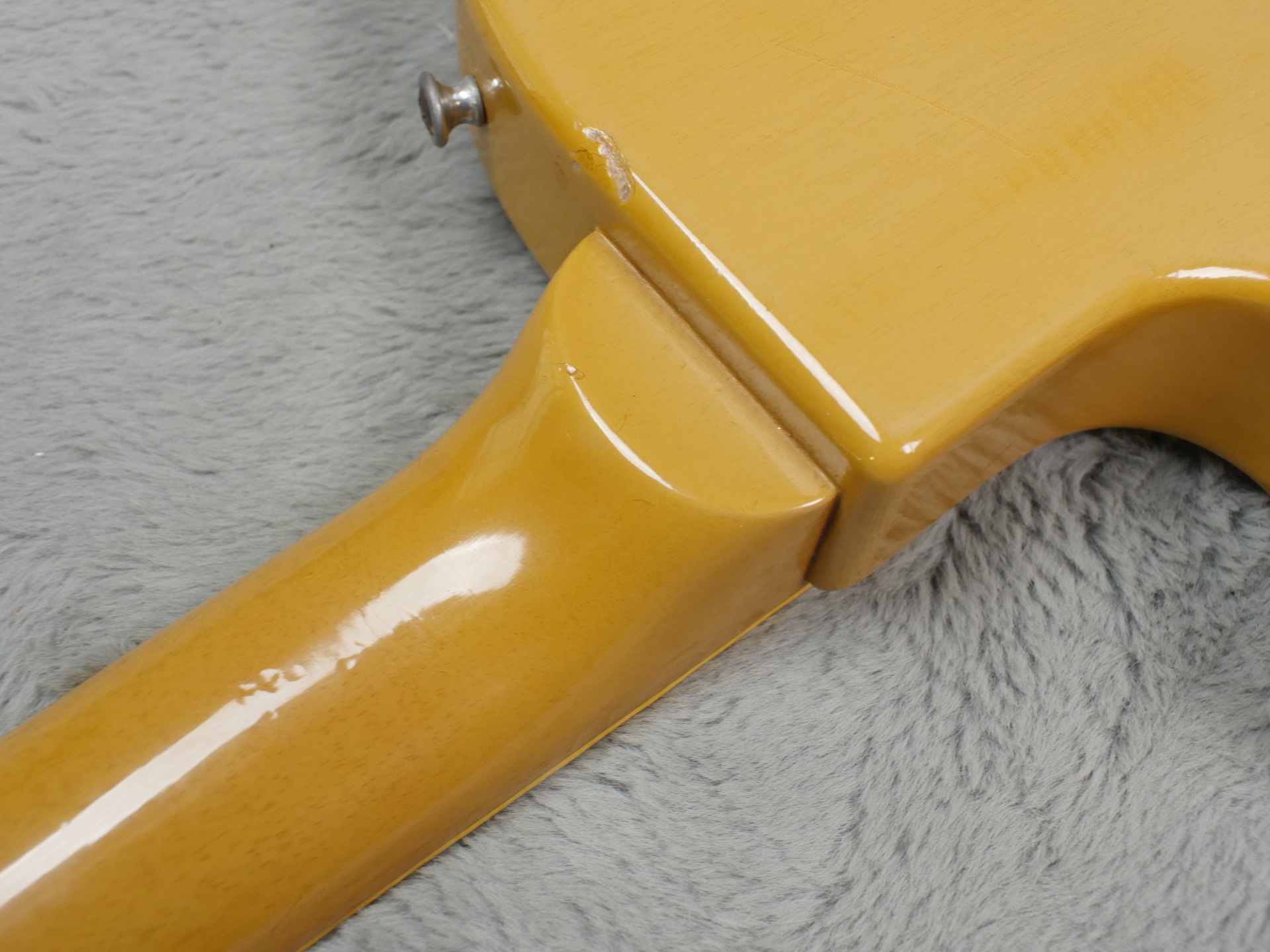 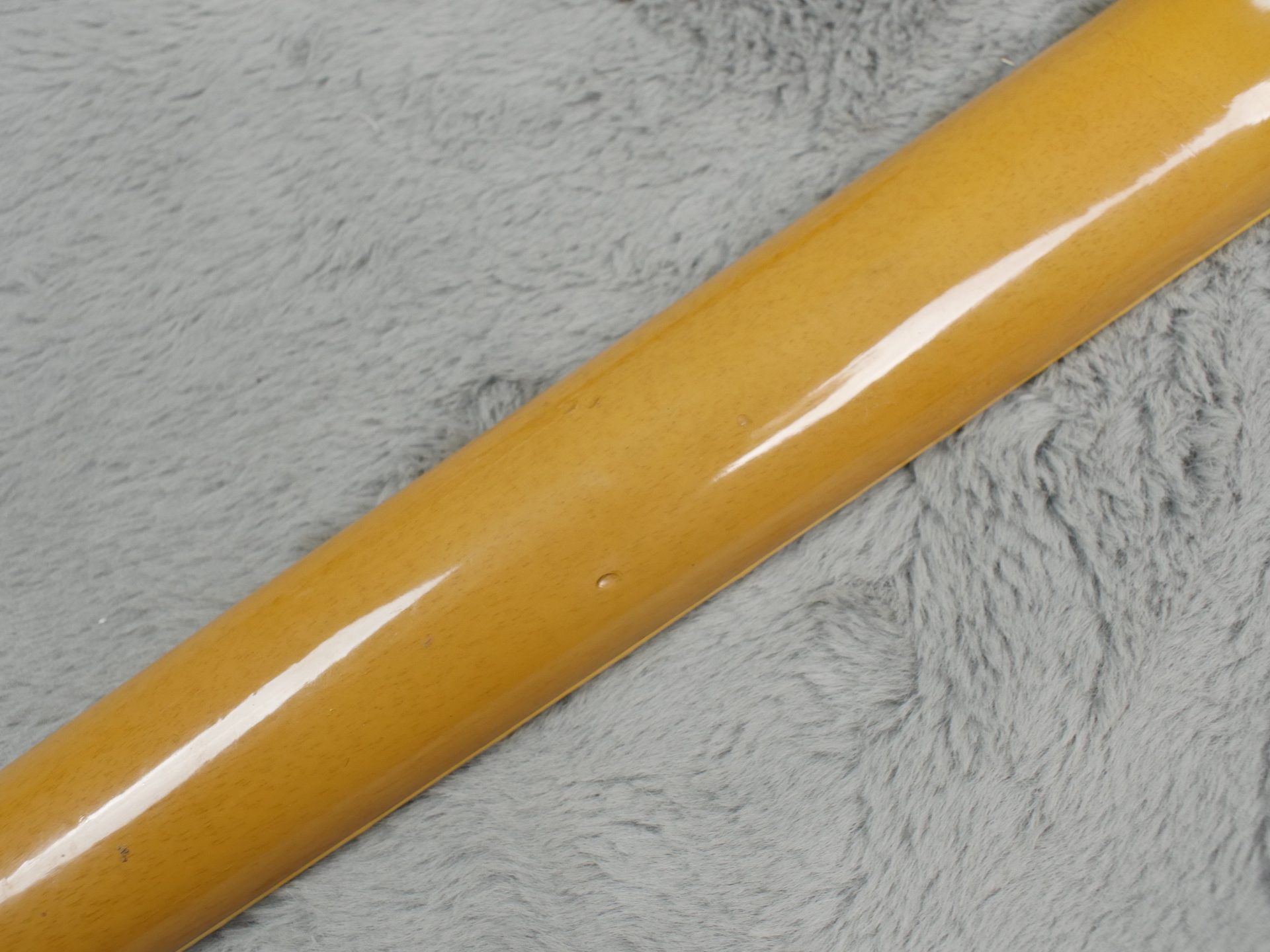 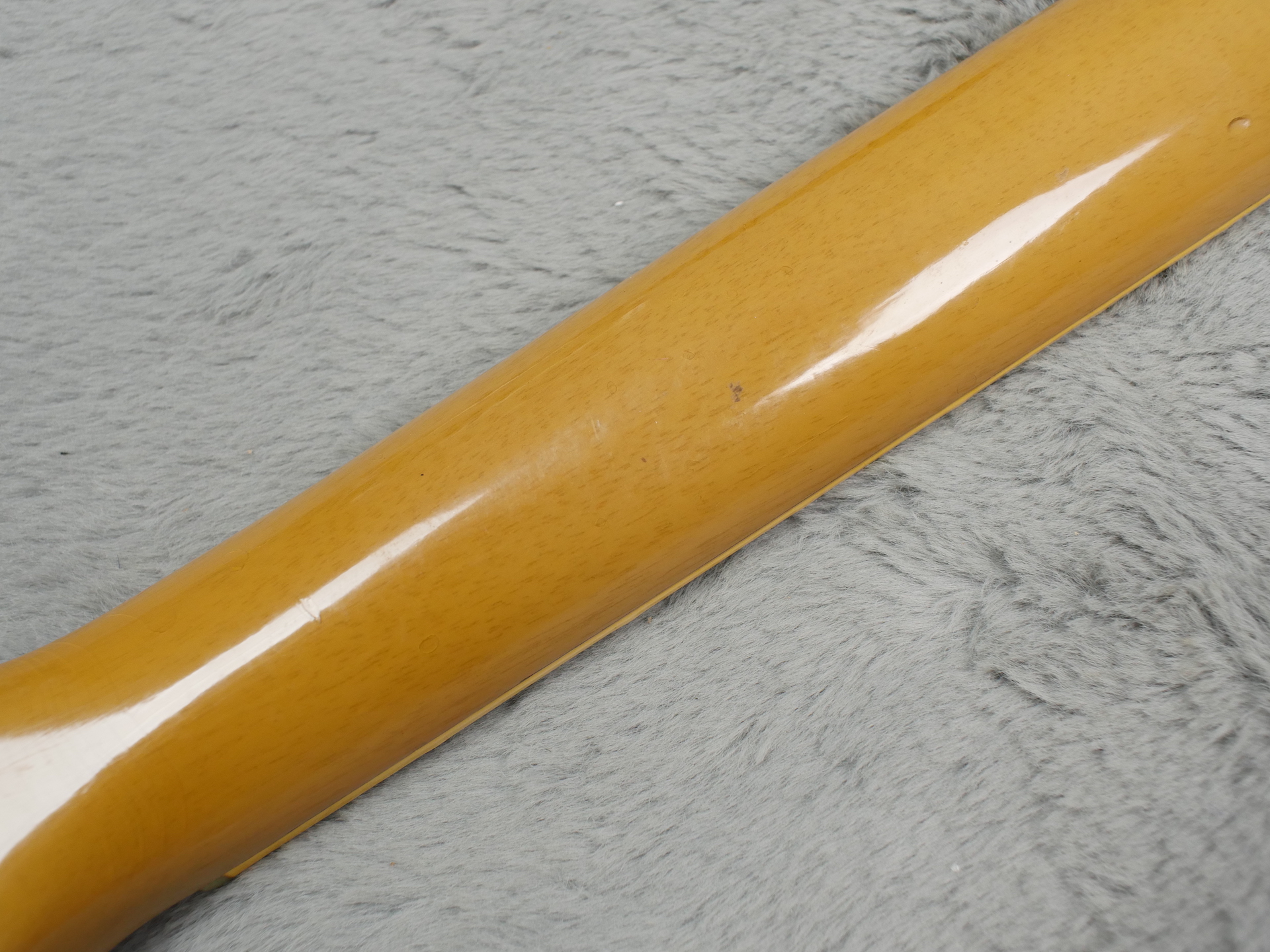 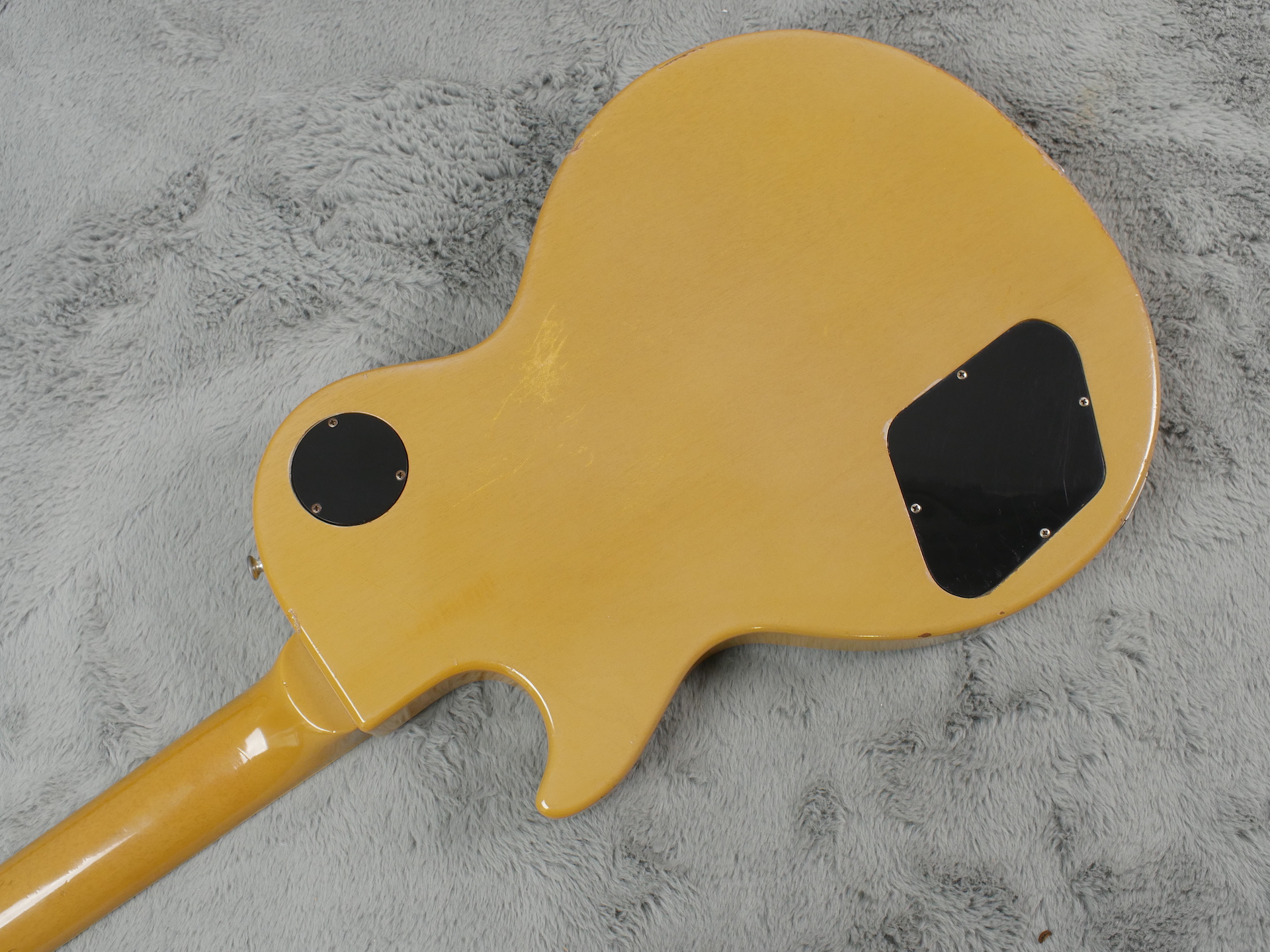 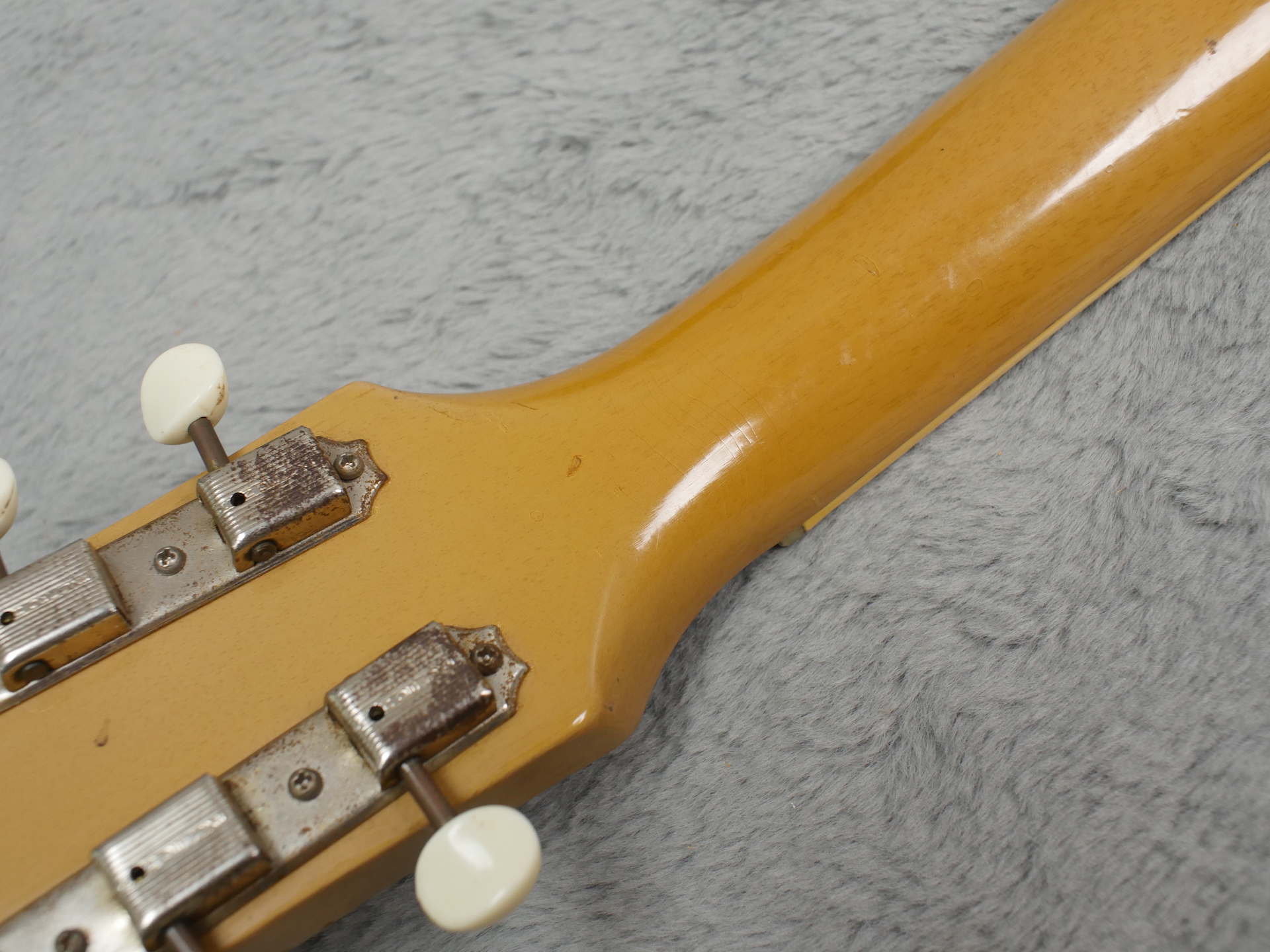 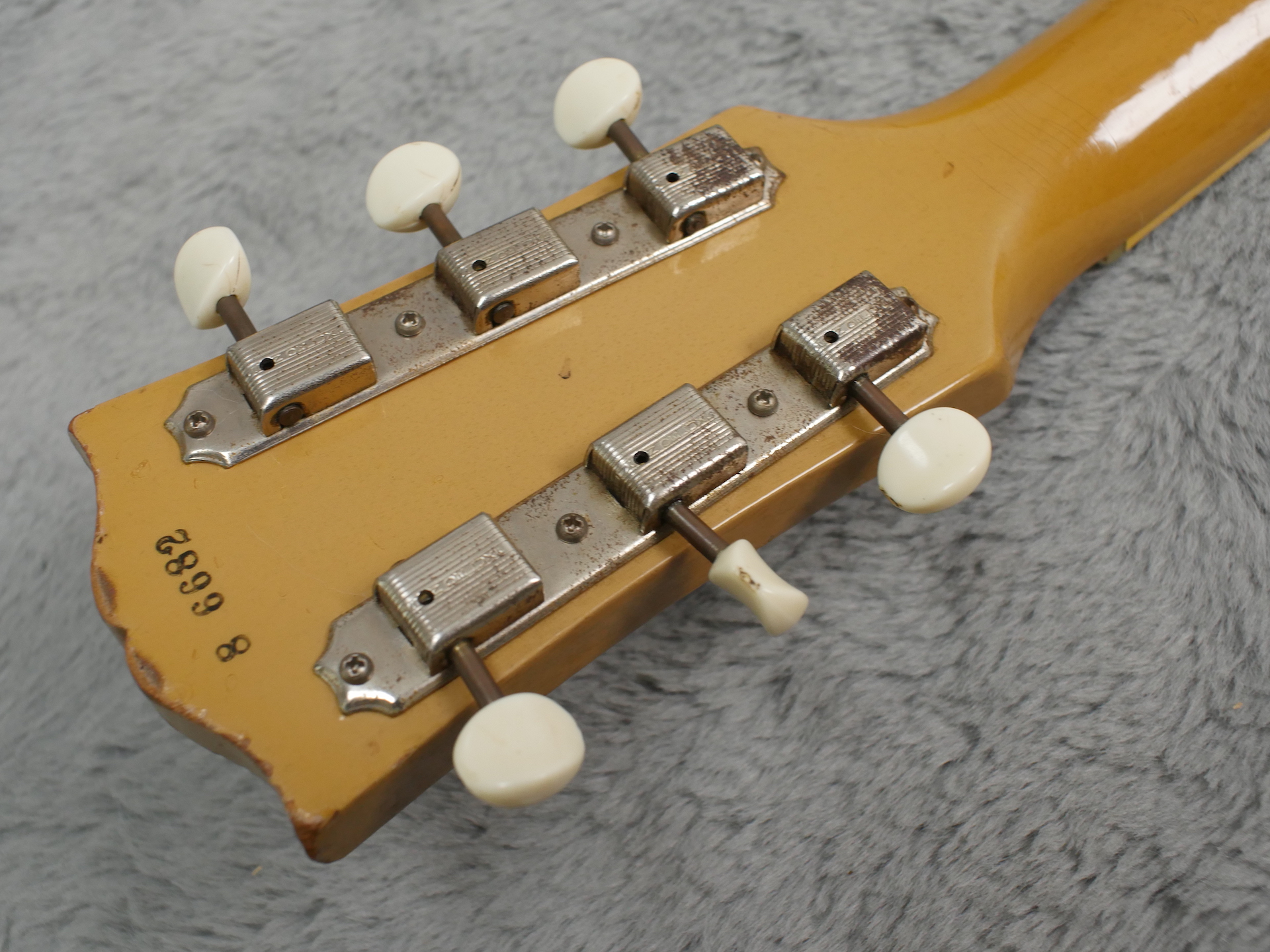 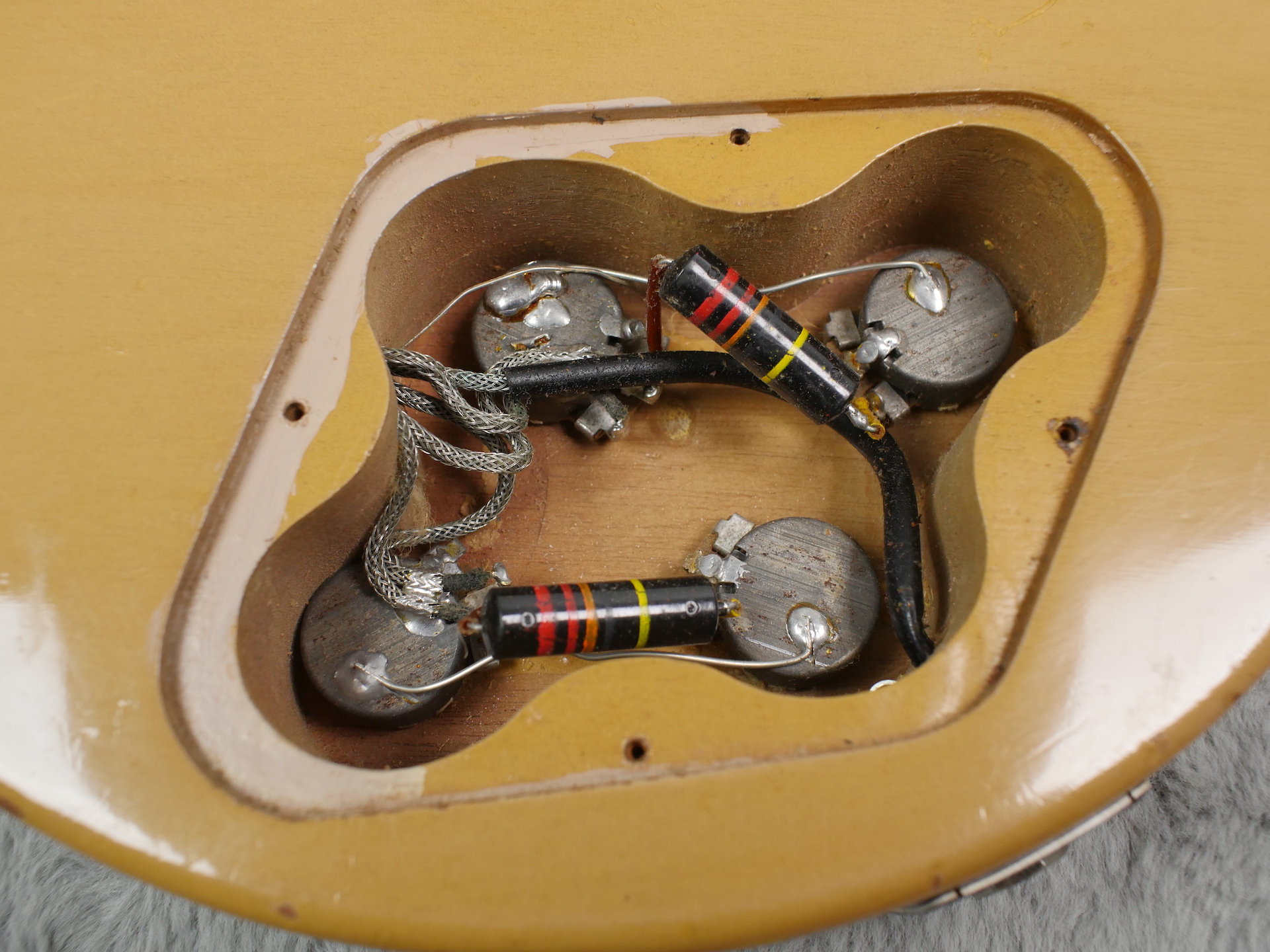