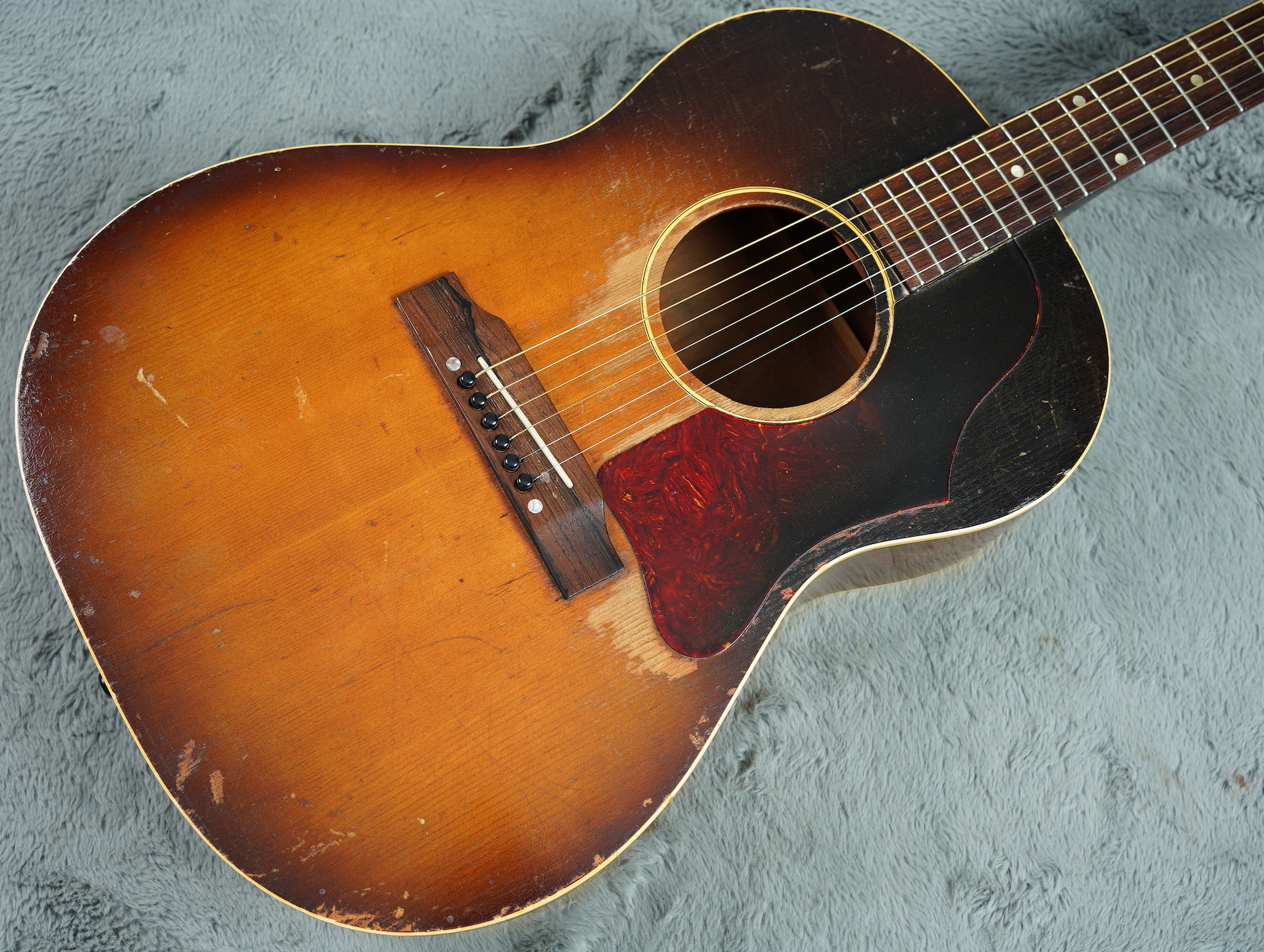 A sweet little 50's Gibson acoustic that is crisp and clear and a joy to play...

A well played and loved budget Gibson Acoustic from the 50s…

Gibson’s LG series were introduced in 1942, with a starting line-up of LG-1, LG-2 and LG-3. However, LG-1 and LG-3 stopped production almost immediately after their debut, until they were re-introduced in 1945. All models were 14 ⅛” wide, with mahogany back and sides and ladder bracing for the LG-1, while the LG-2 and LG-3 were X-braced.

This particular example dates from 1957, and is frankly a complete joy to play. It has a clear and warm sound that projects well, while retaining some of that sweetness that the best small acoustic guitars seem to have.

The neck has a large but comfortable C profile, and the original frets are in surprisingly good shape and look to have plenty of life left in them.

This guitar has been used! Wearing a relic job that the Custom Shop could only dream of, this guitar has clearly been very well played over the last 64 years. There are plenty of scratches and dings, and the pick guard has shrunk and taken the wood with it leading to two small cracks at the sound hole. This isn’t unusual for Gibson acoustics of this age and doesn’t affect the structural integrity or sound of the guitar at all. The tuners have been replaced and the bridge has been replaced with a slightly later one, apart from this everything is correct and as it should be.

It comes with an original croc skin case too!

A great example of how good the lower end vintage Gibson acoustics can sound, this LG-1 is a complete joy to play and will see its next owner proud for years to come… 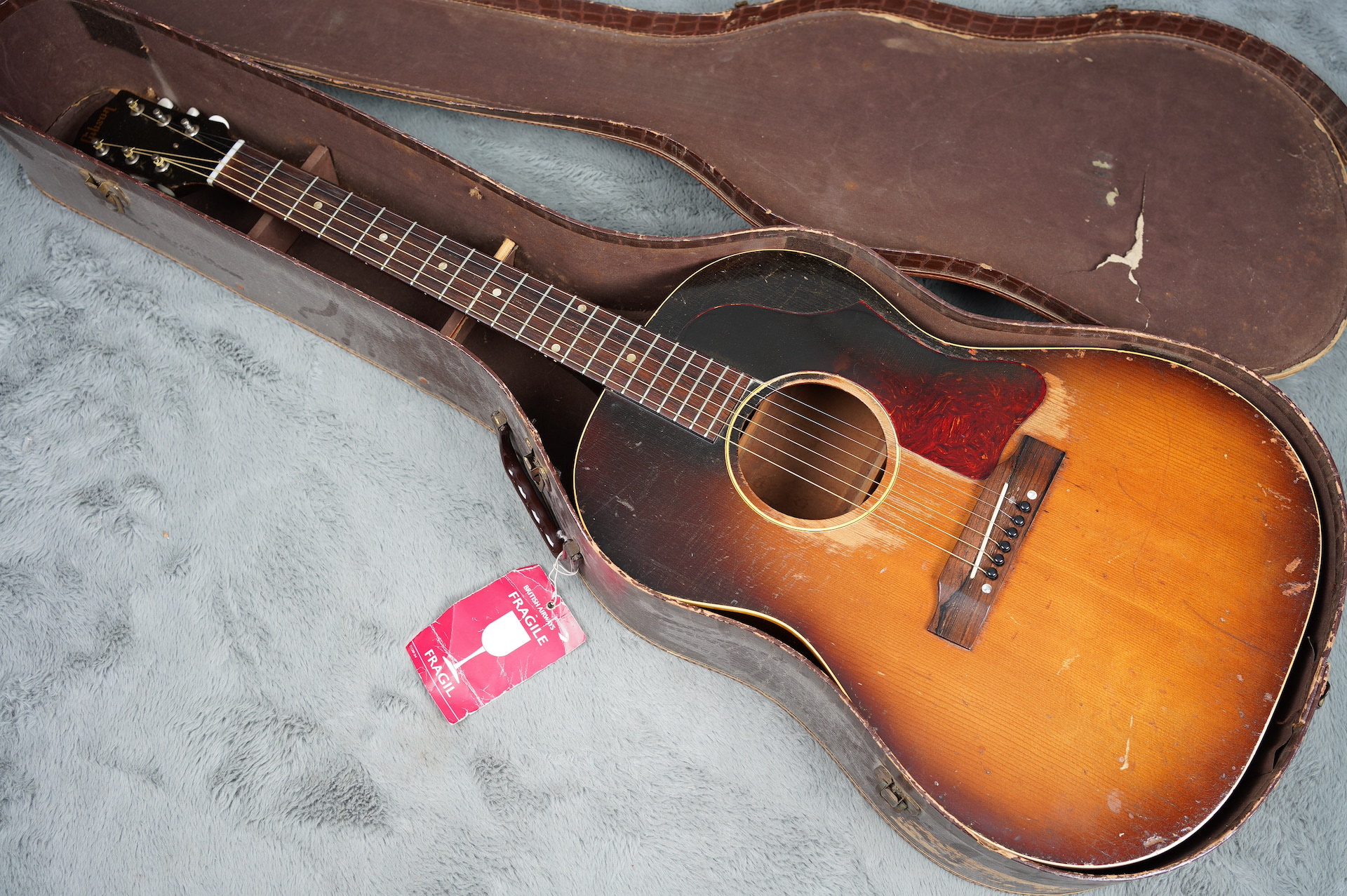 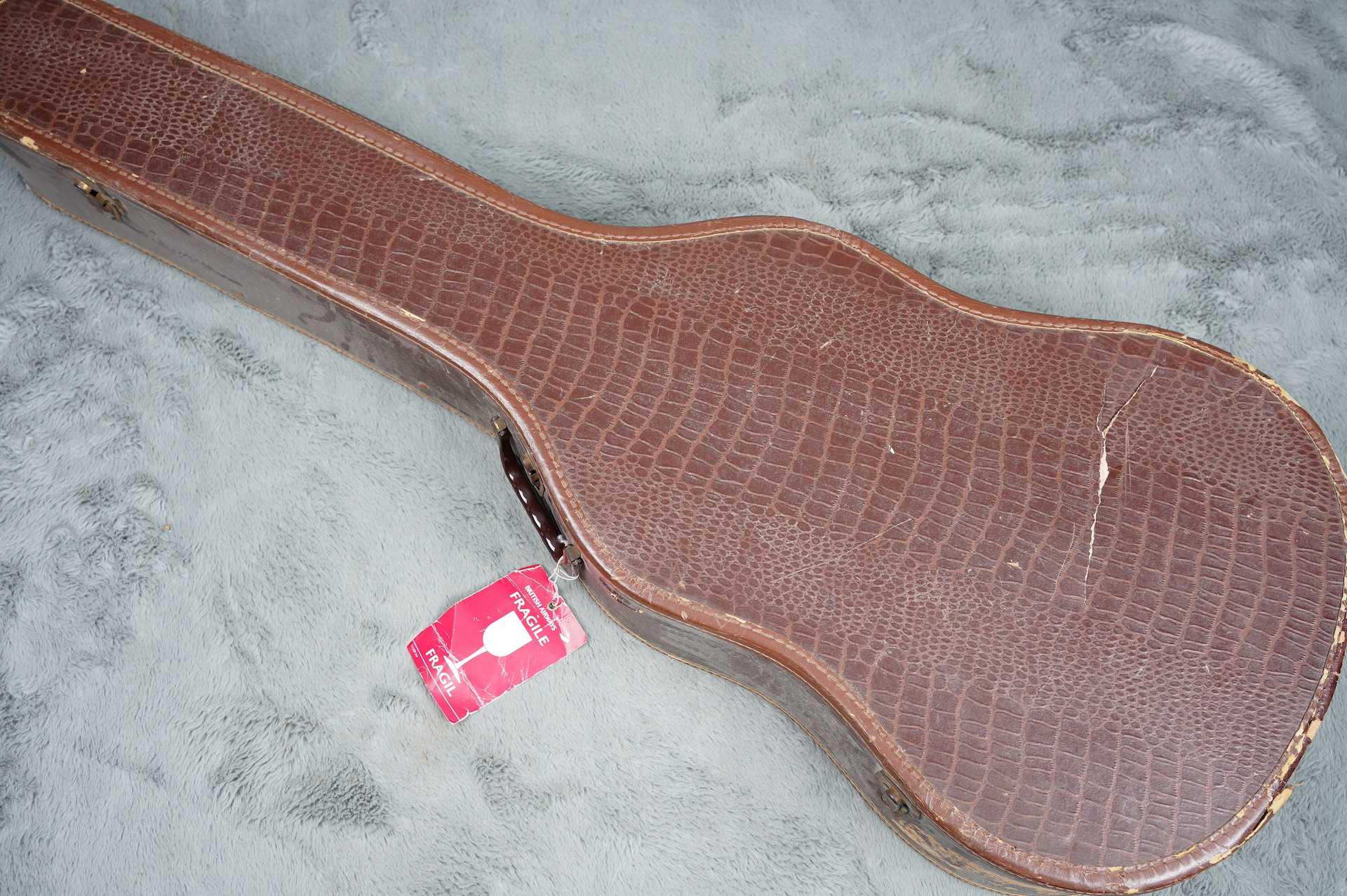 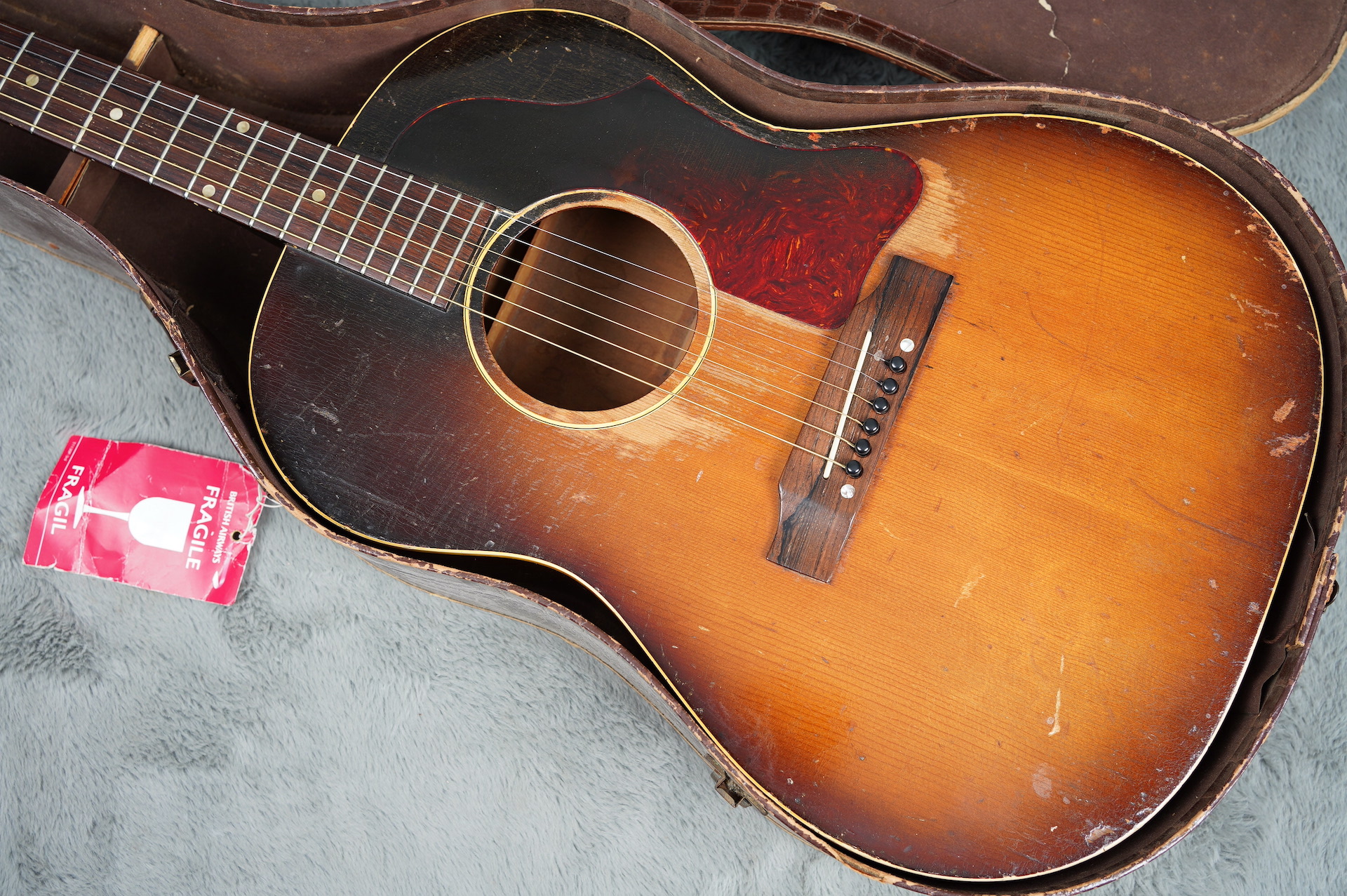 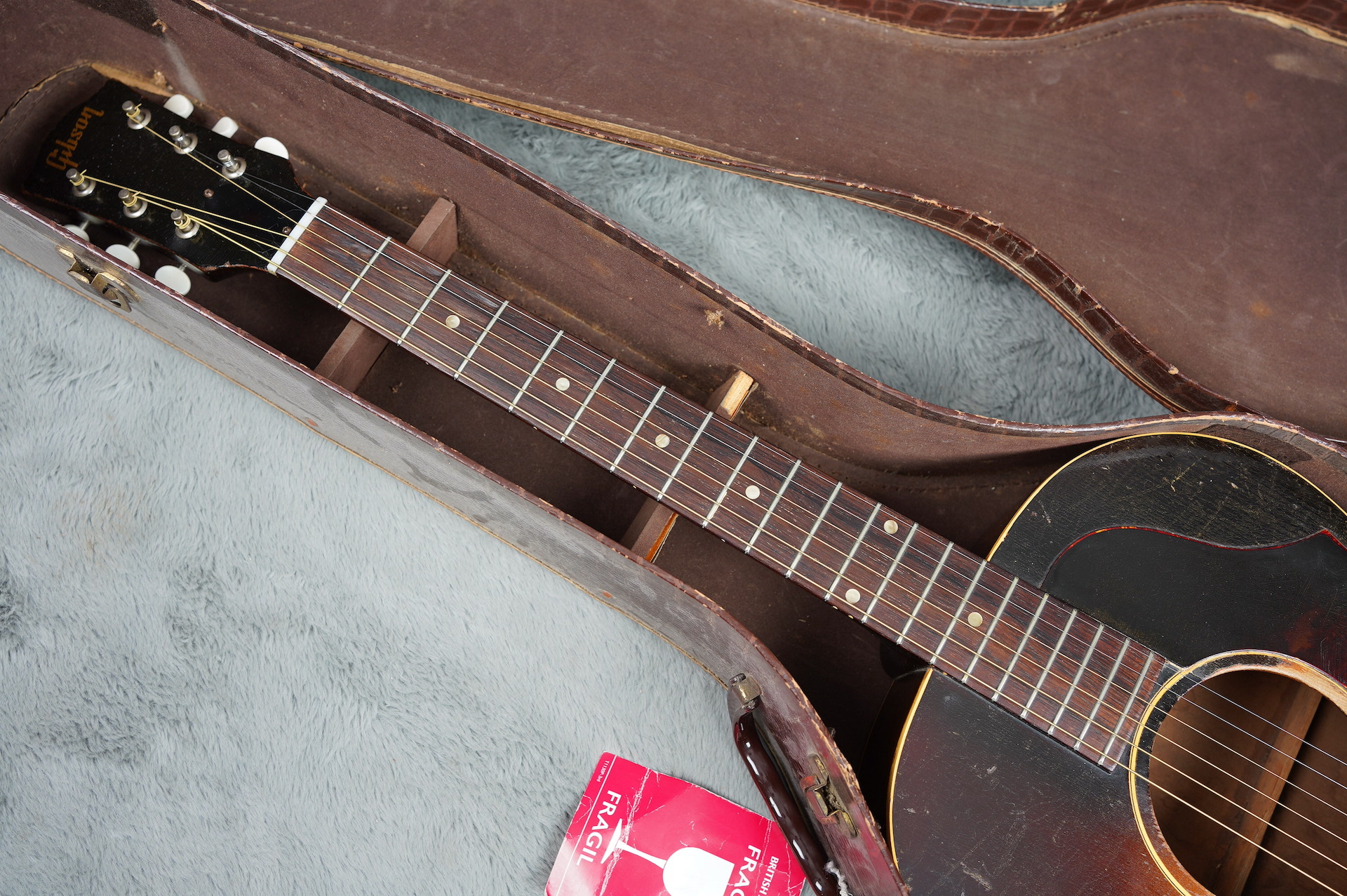 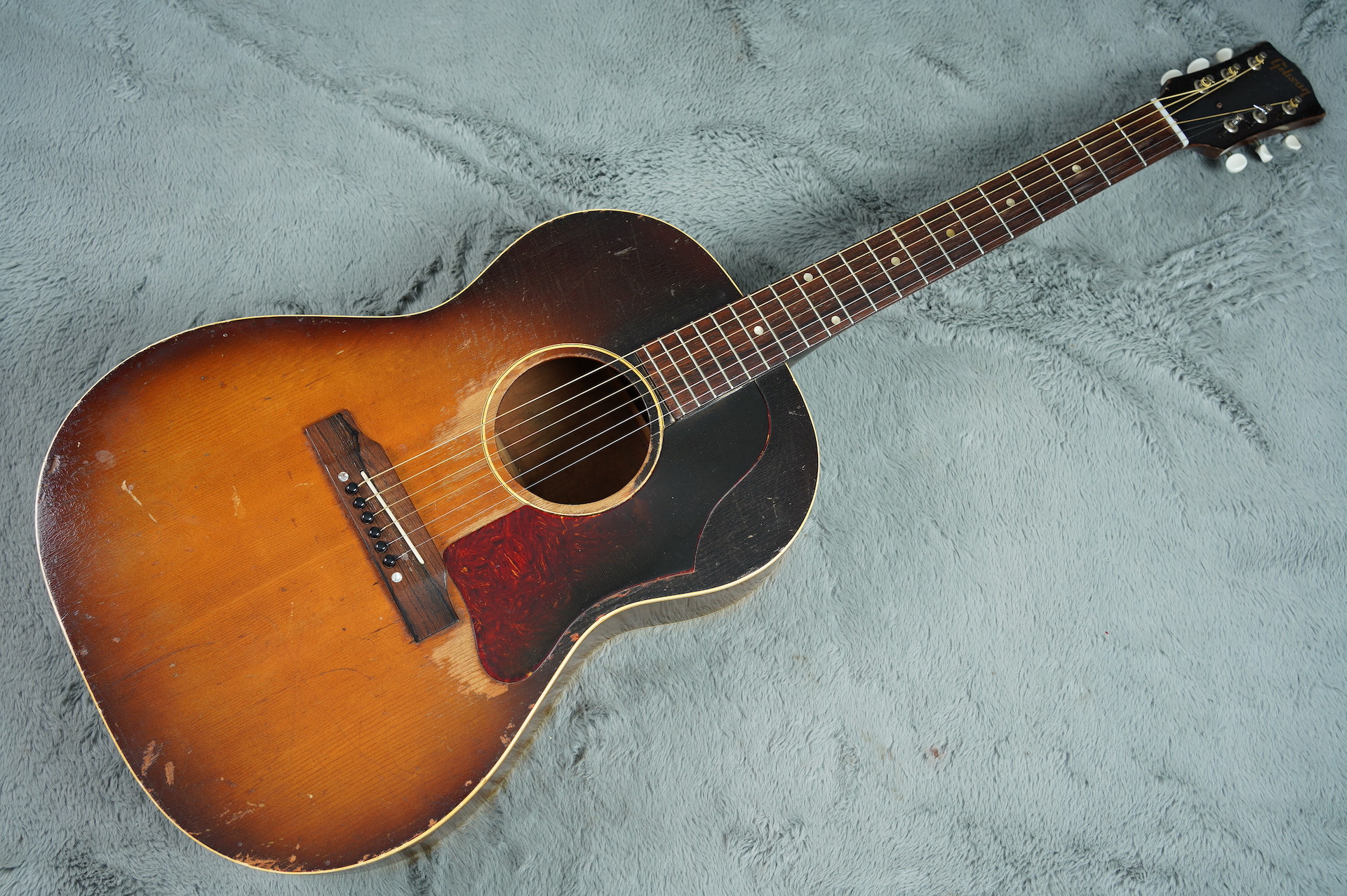 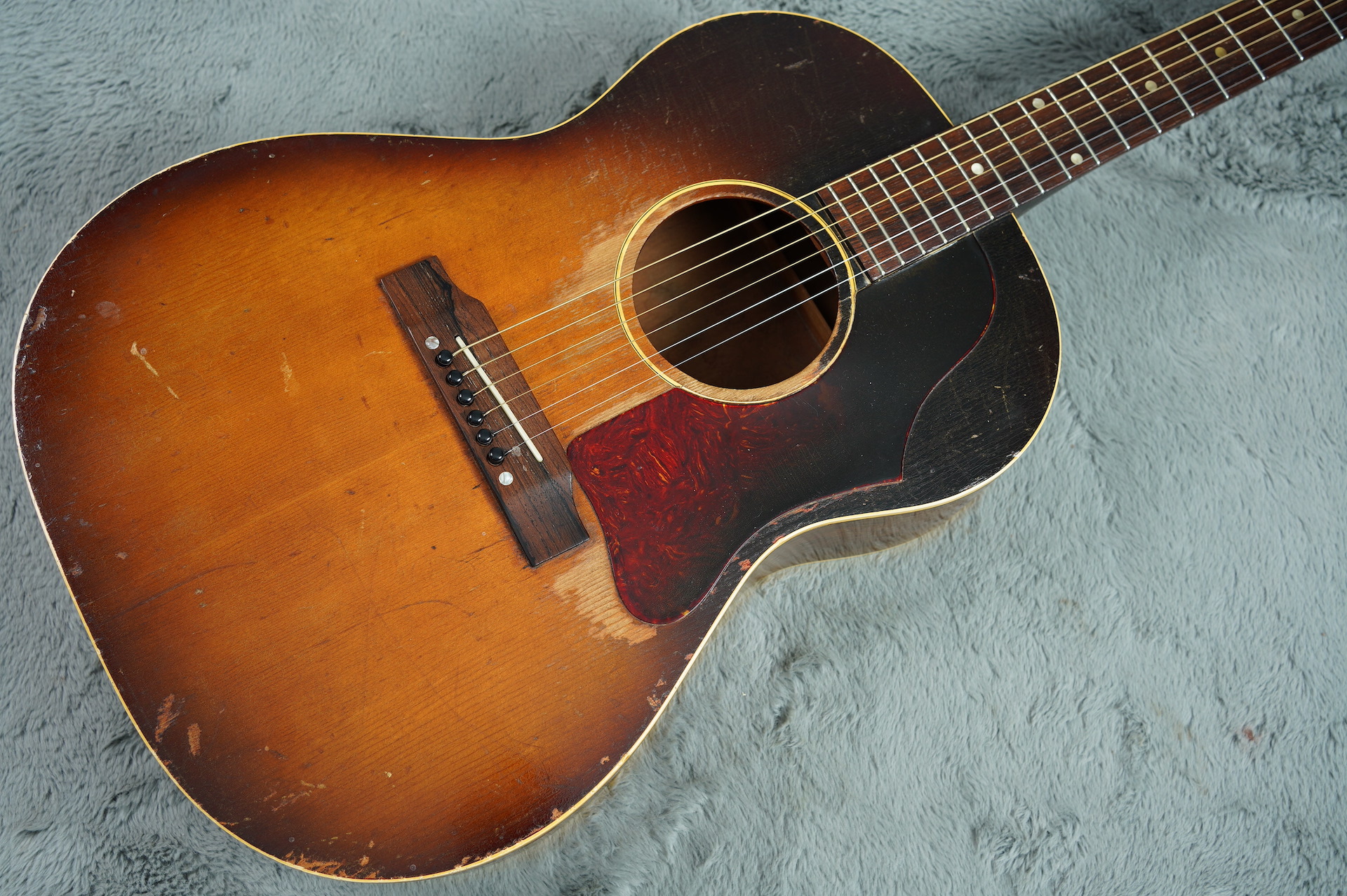 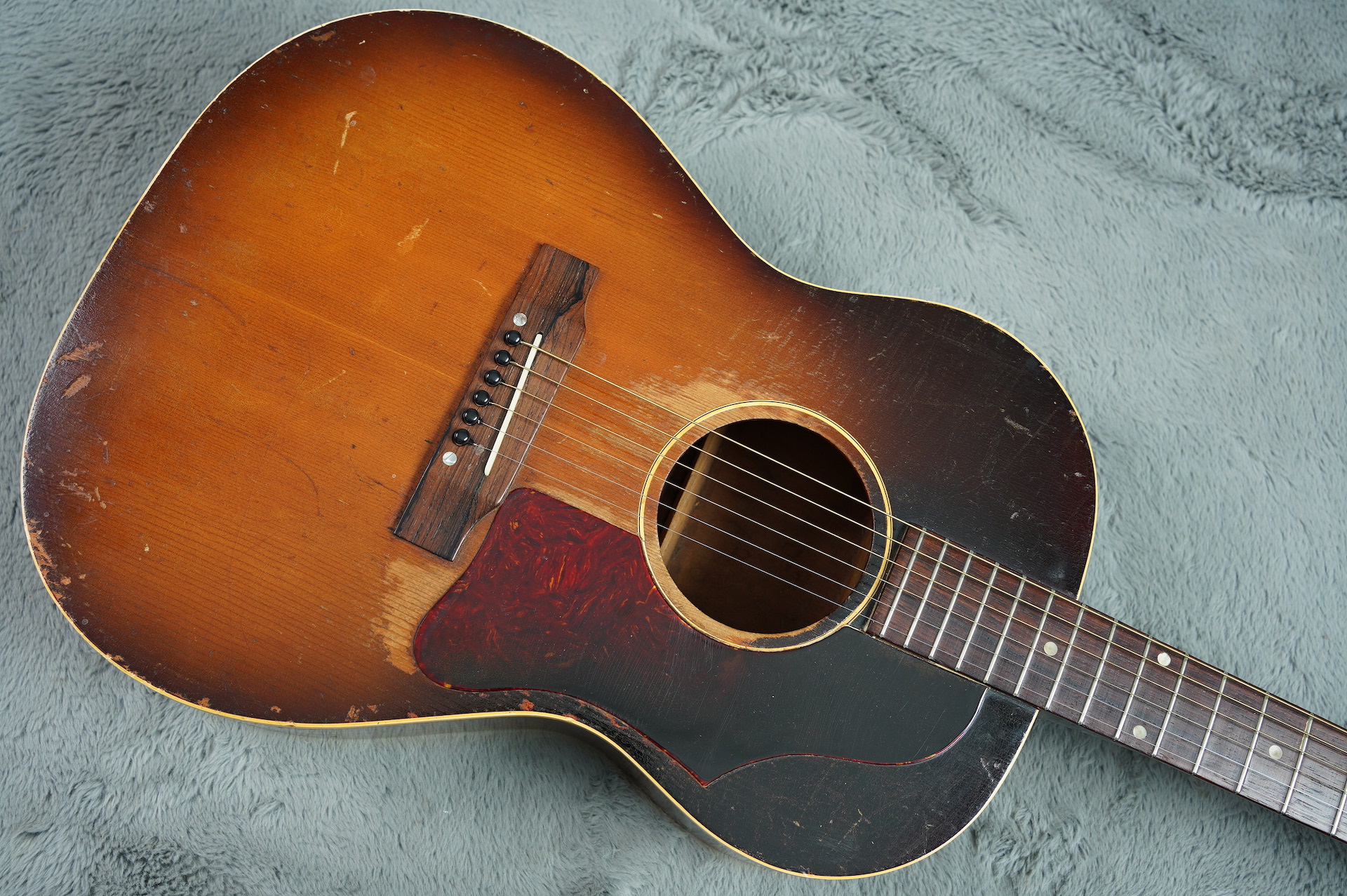 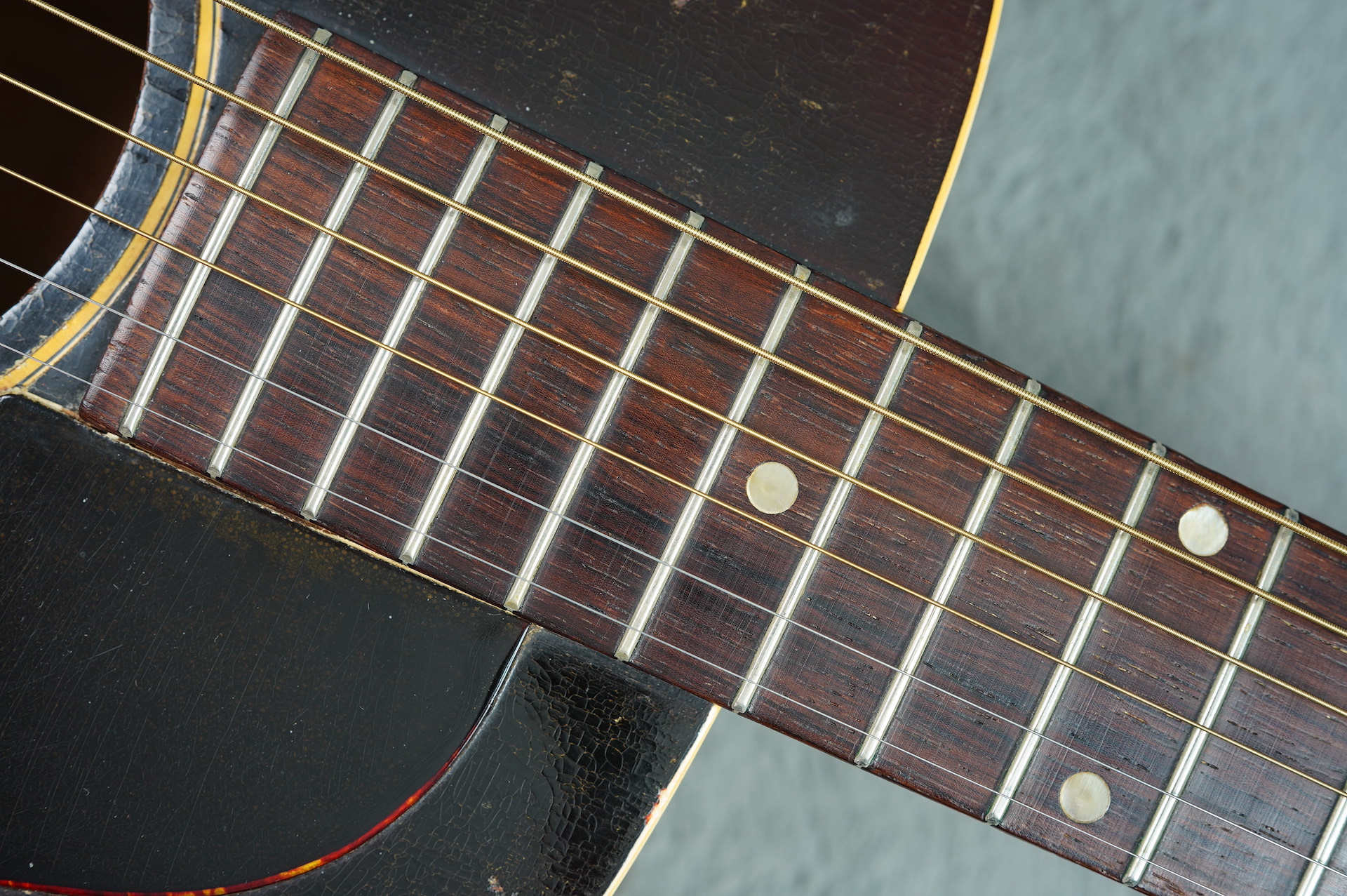 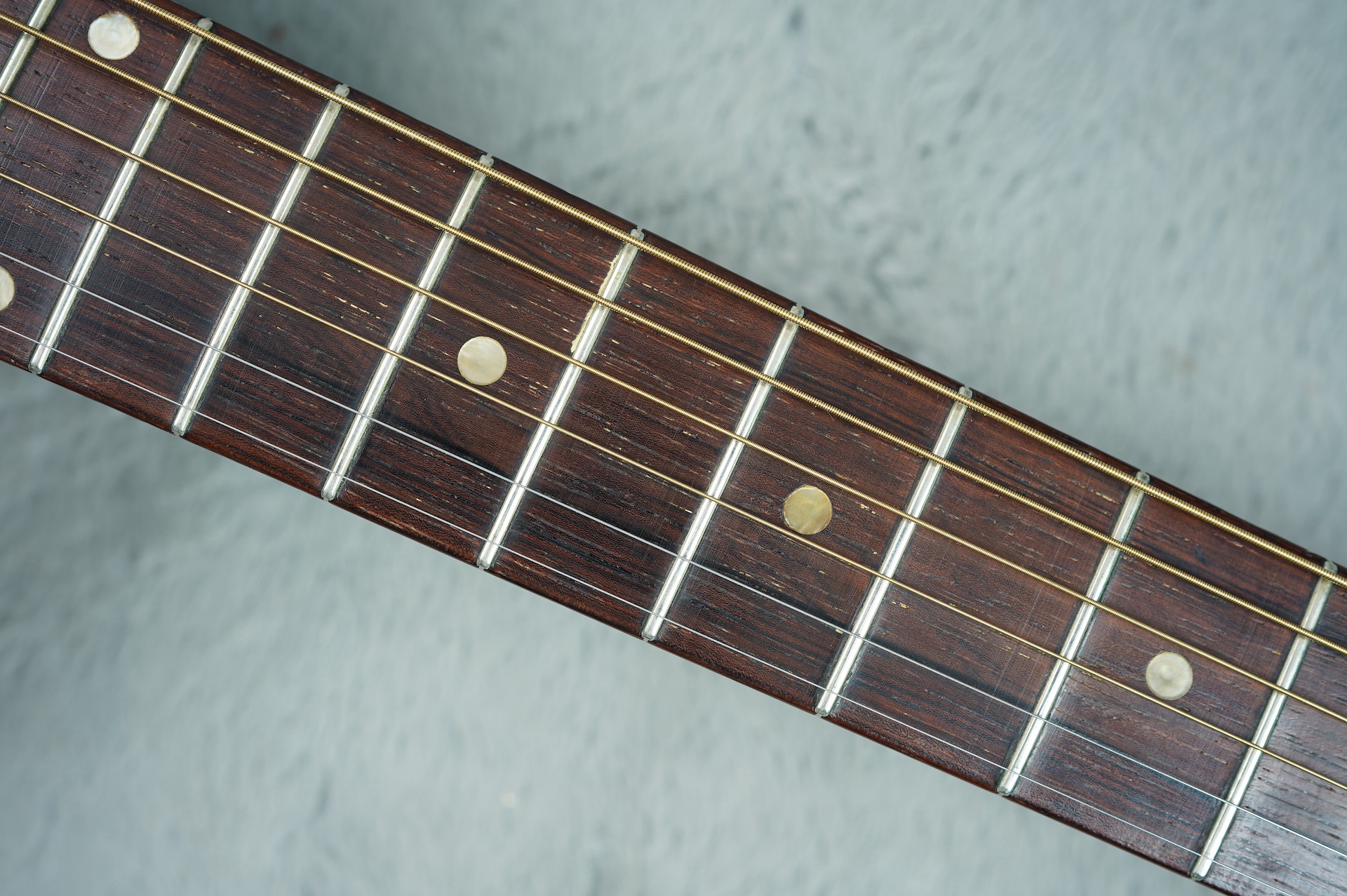 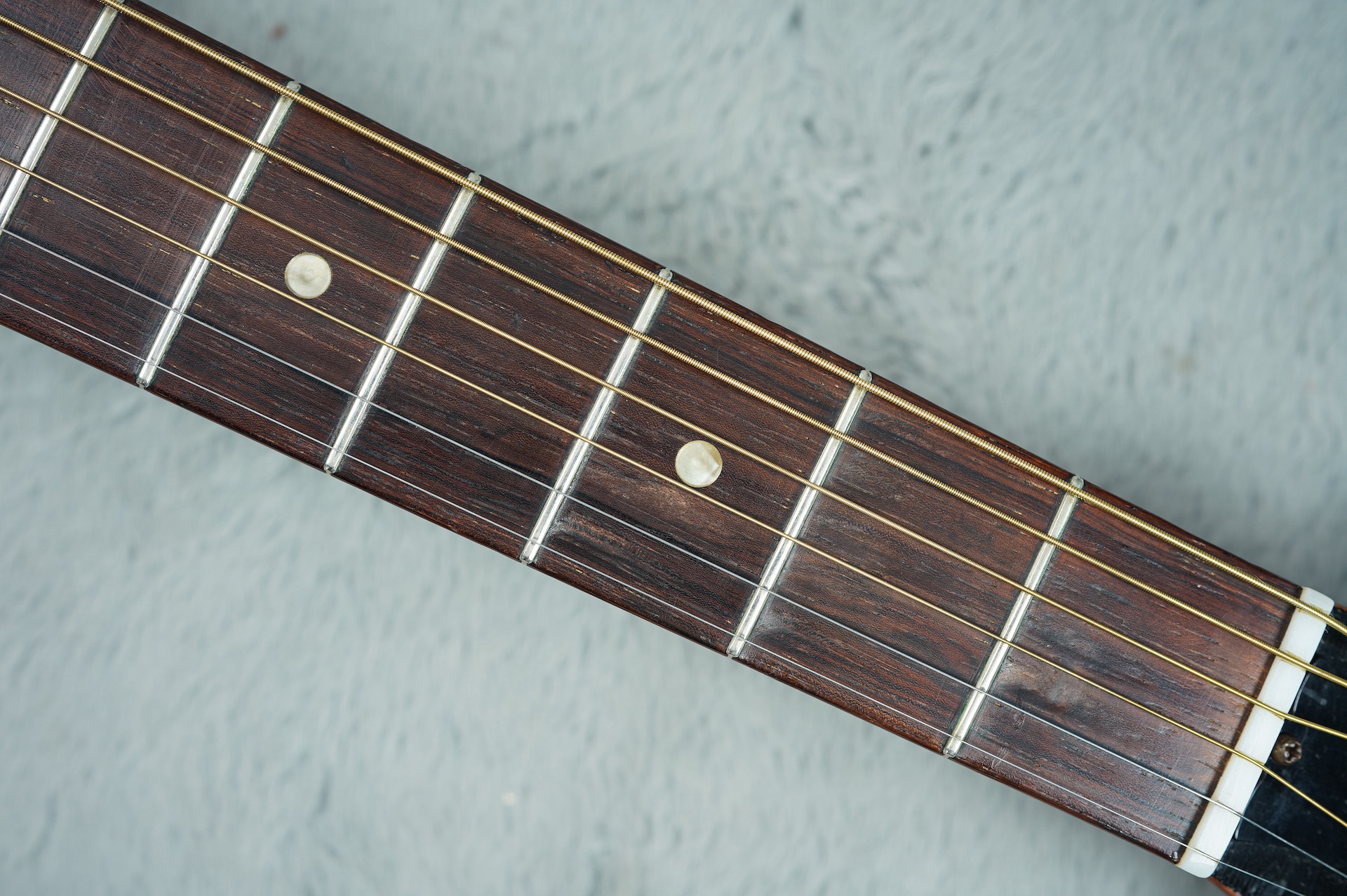 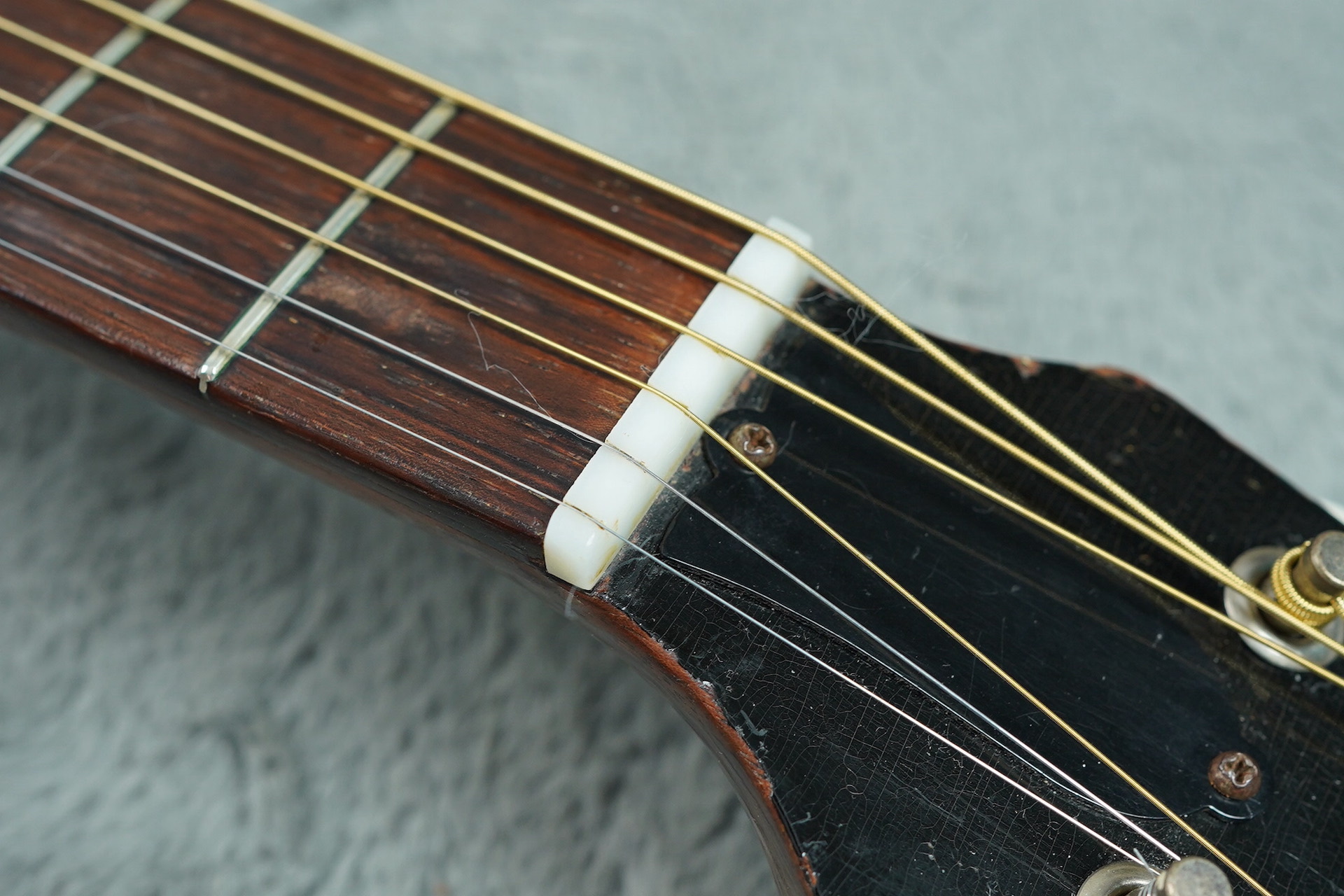 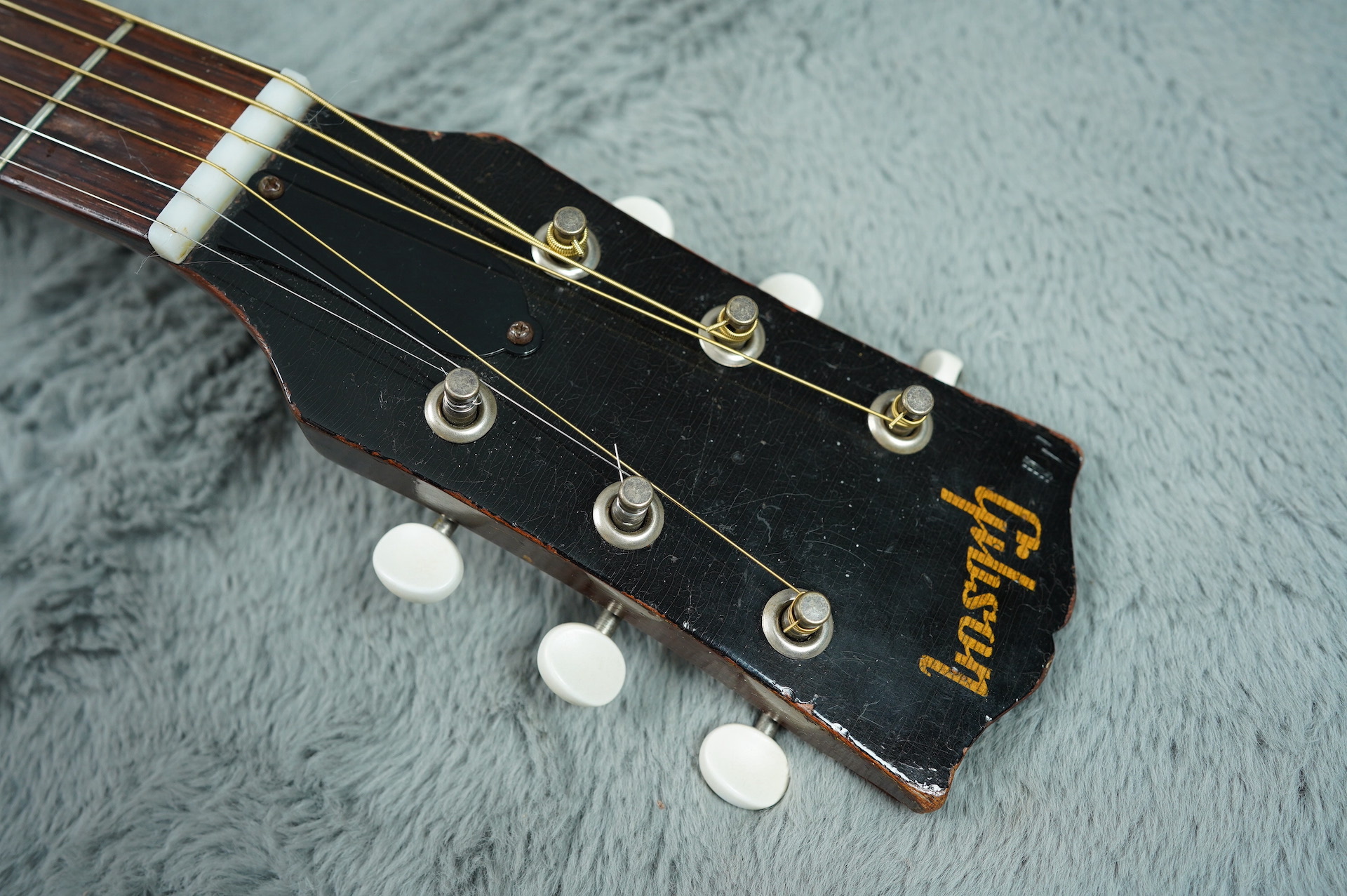 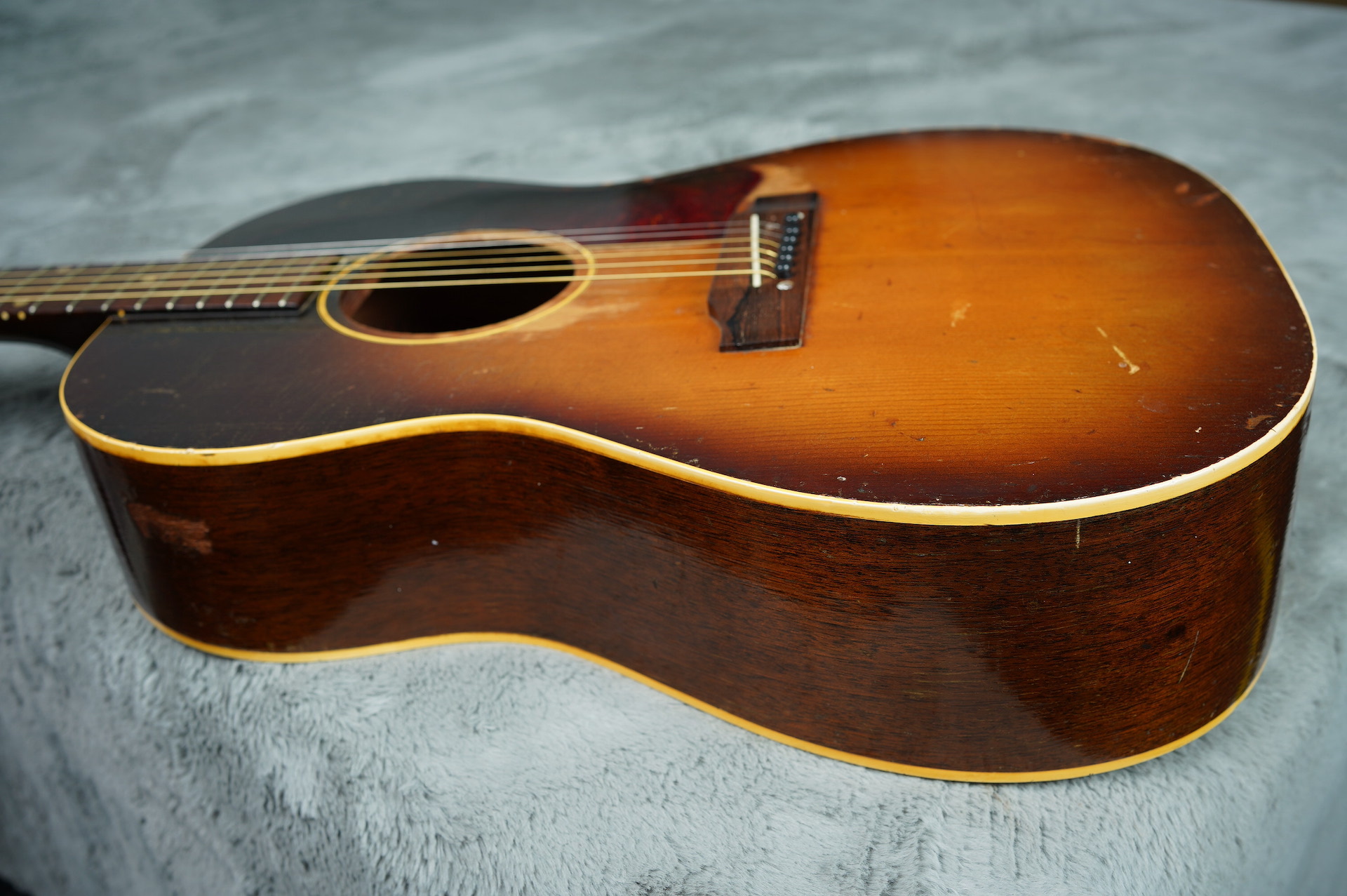 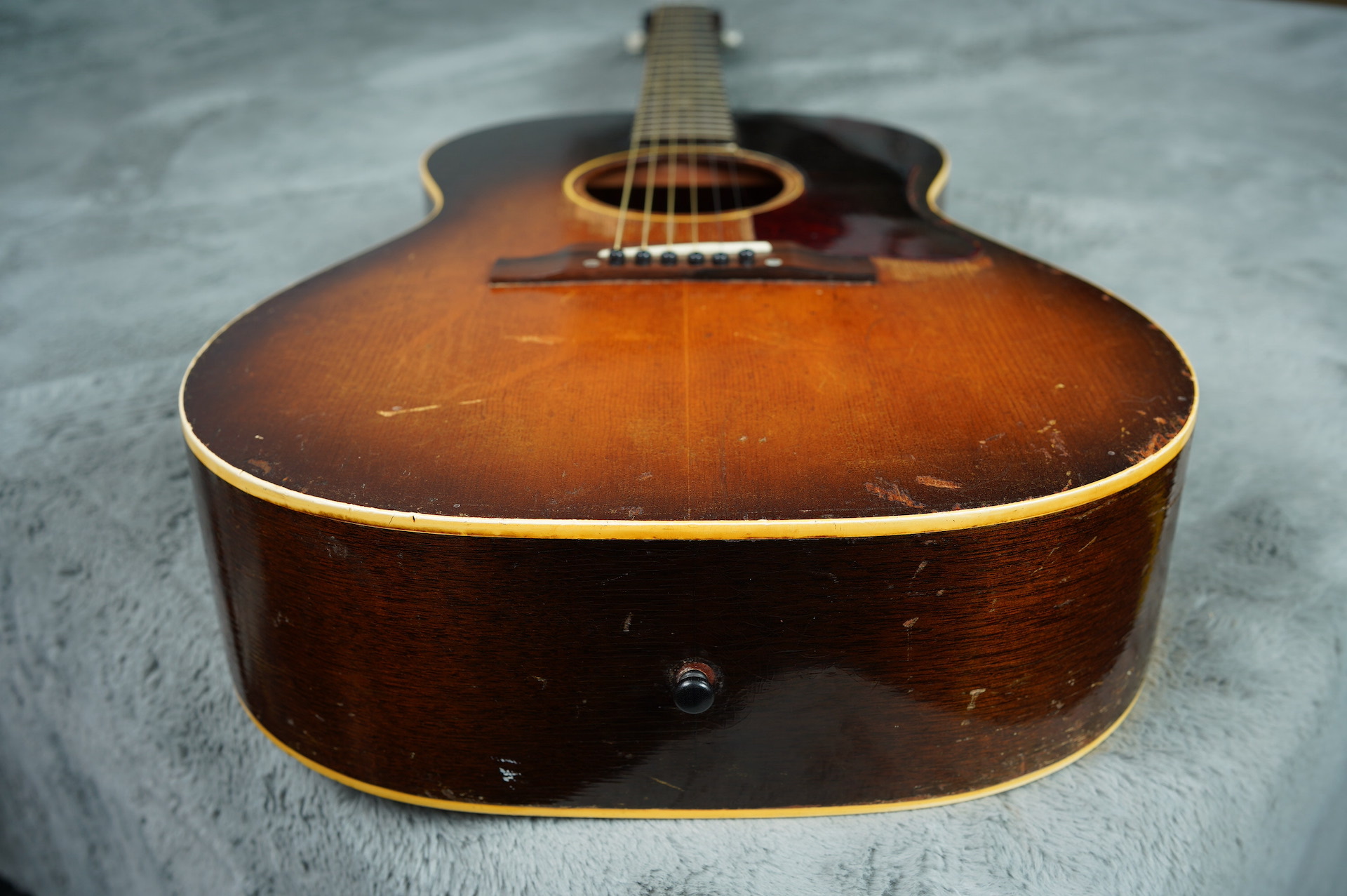 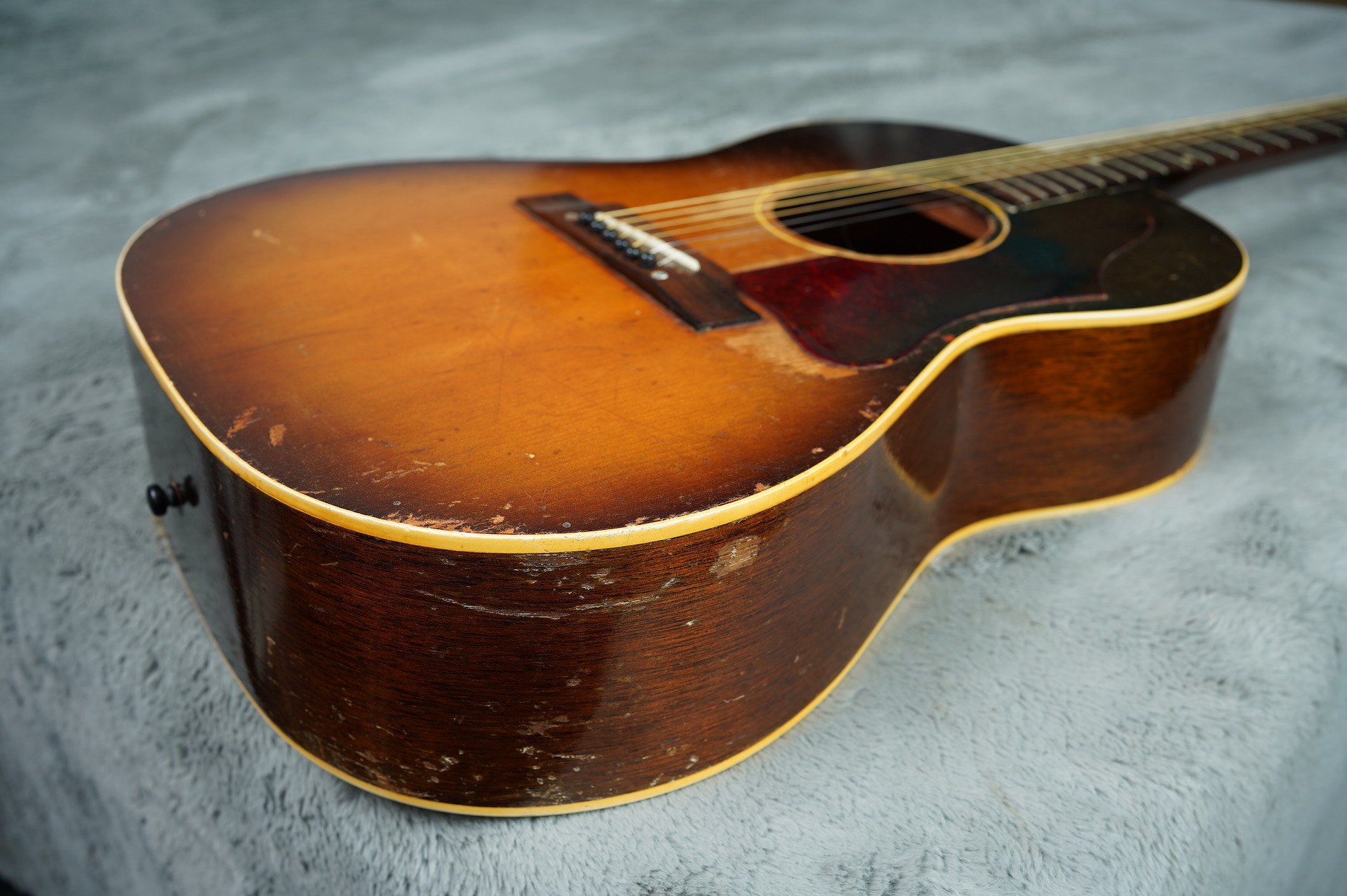 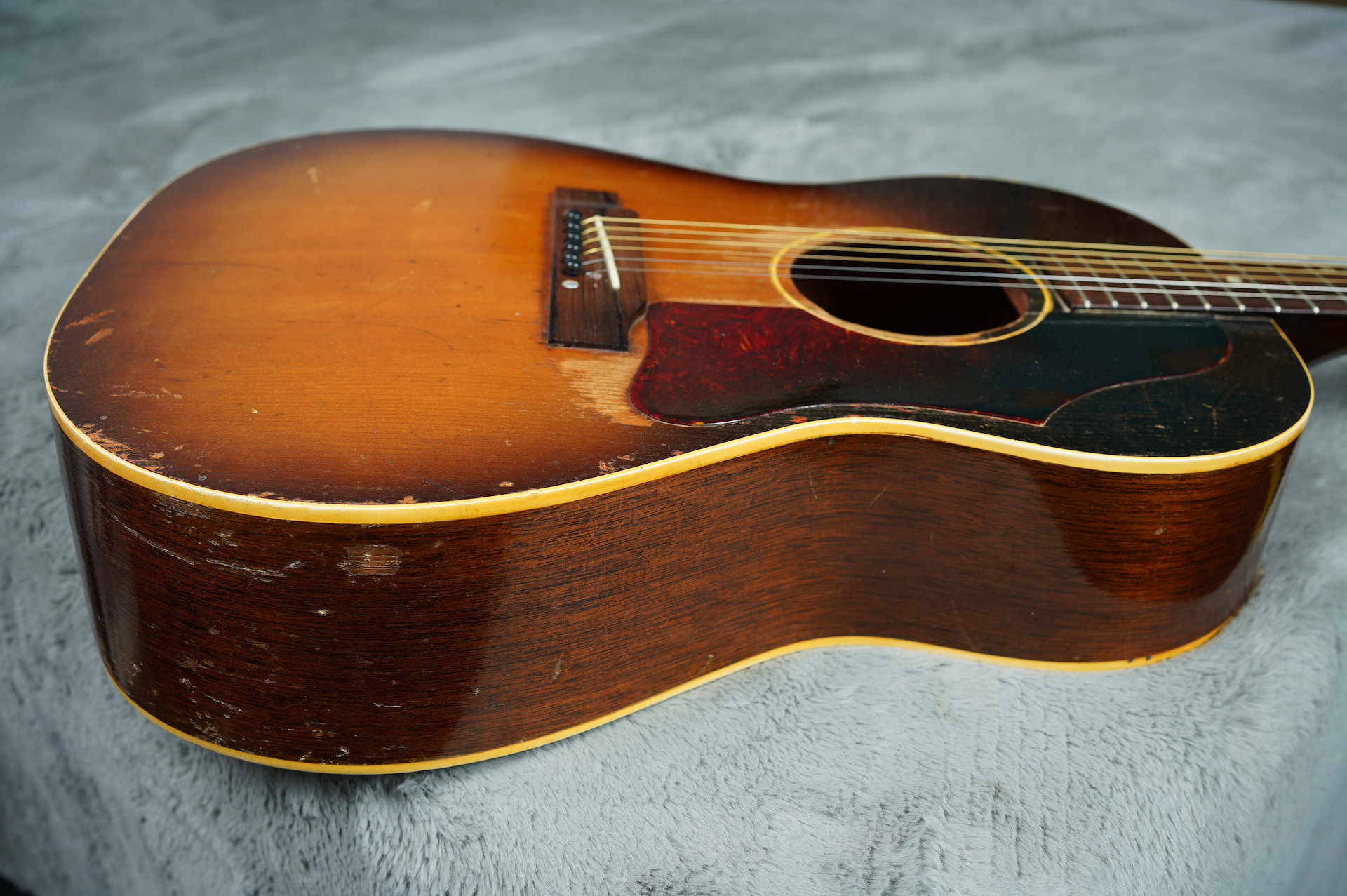 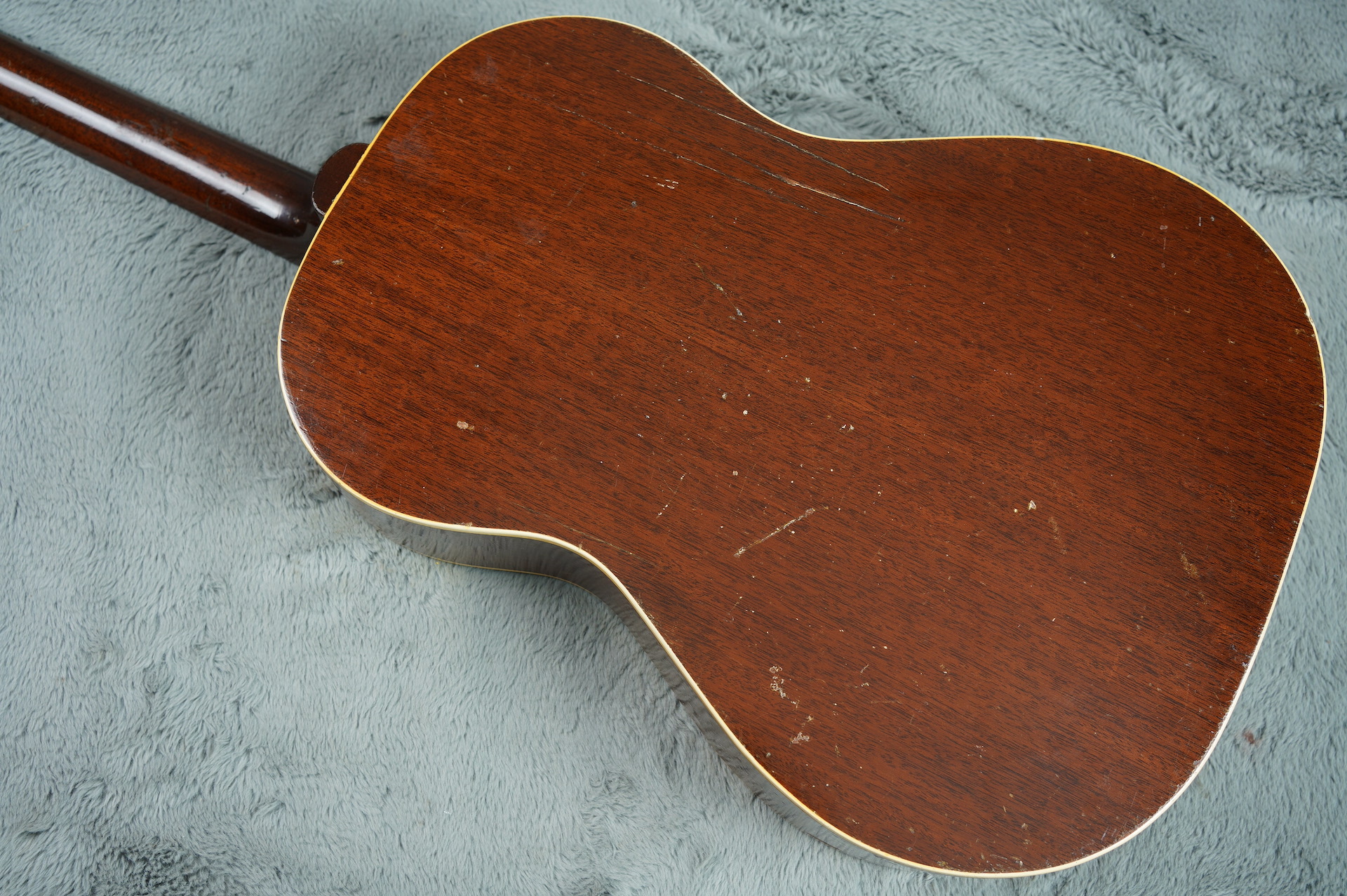 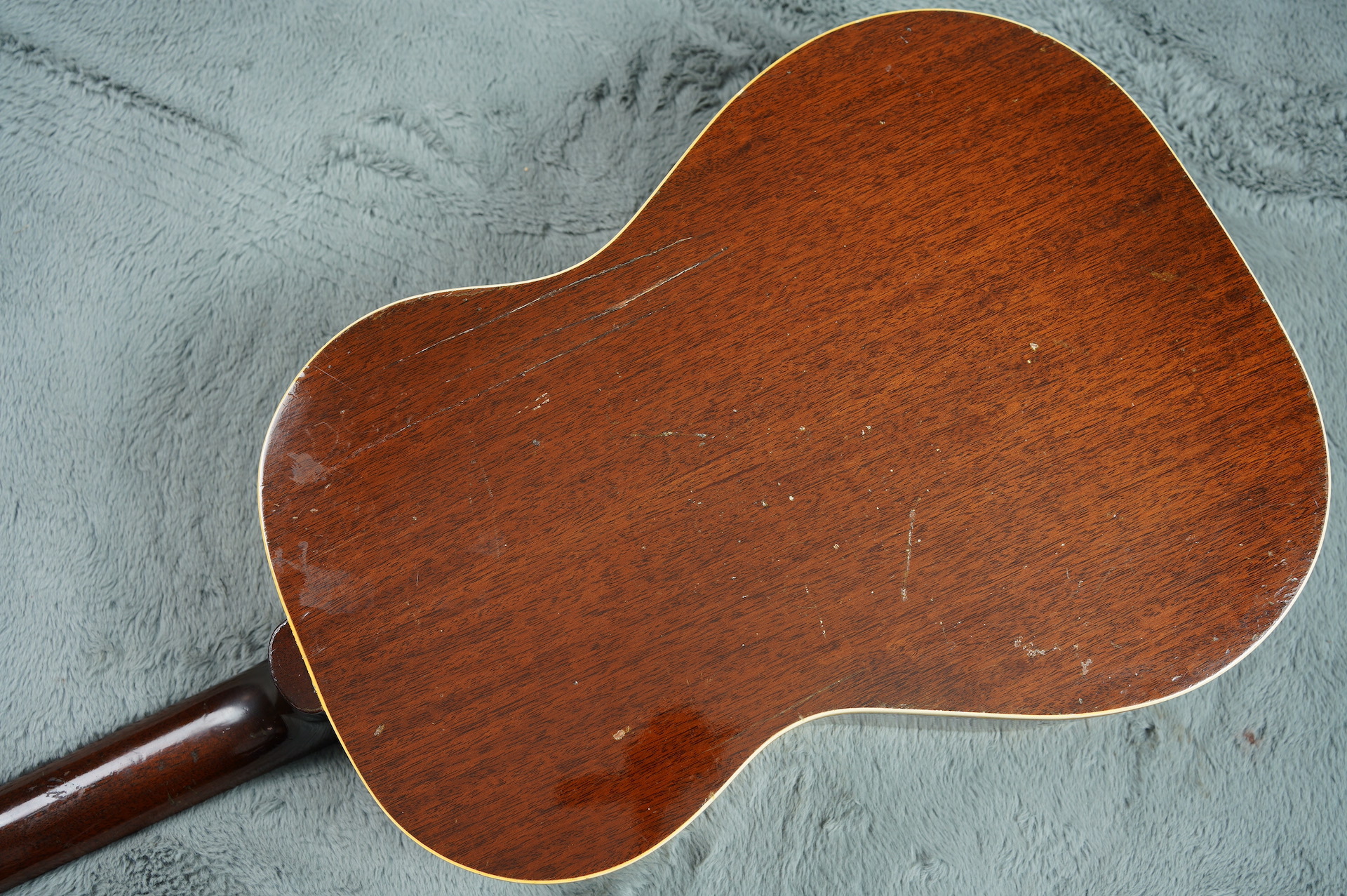 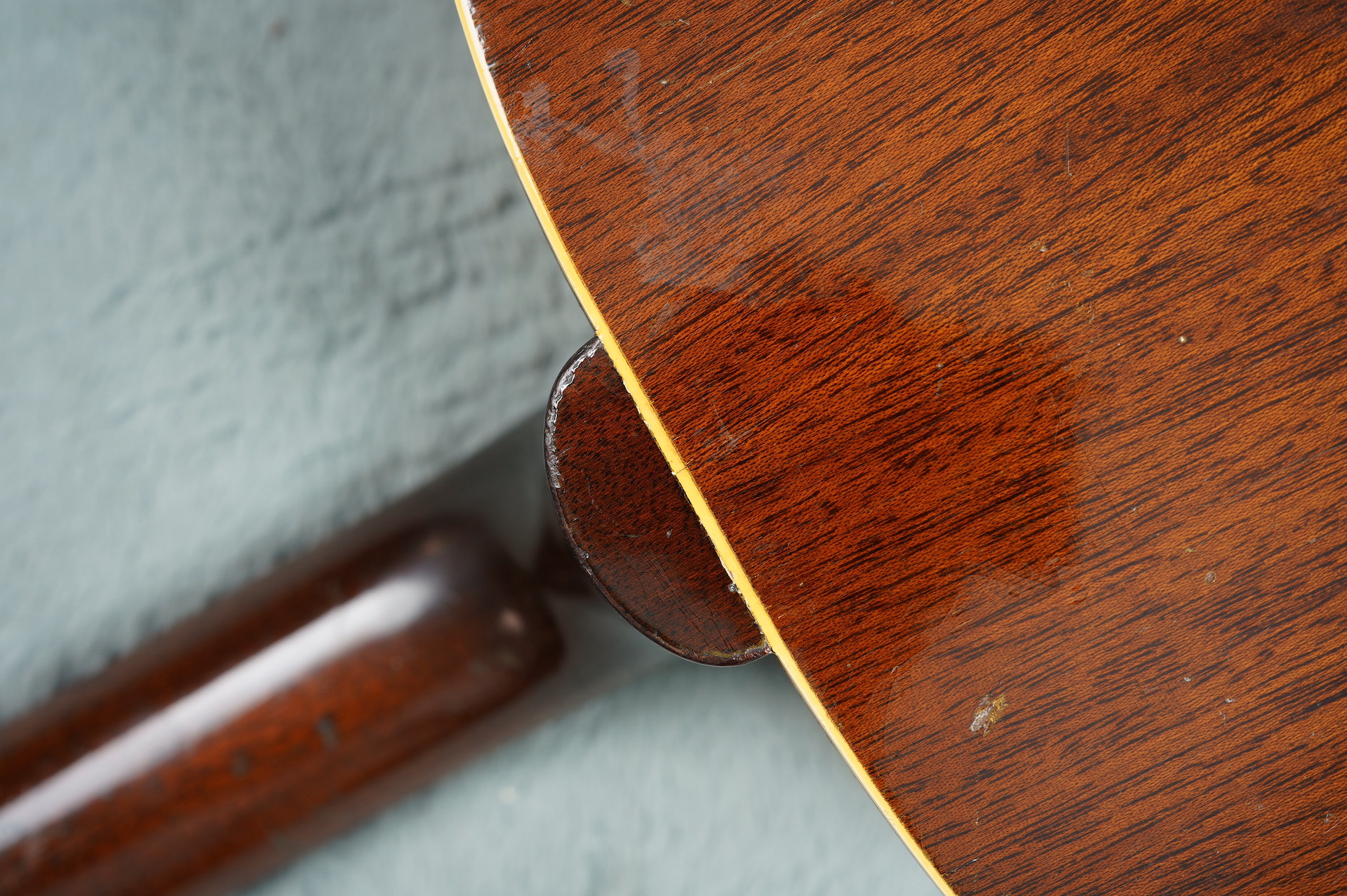 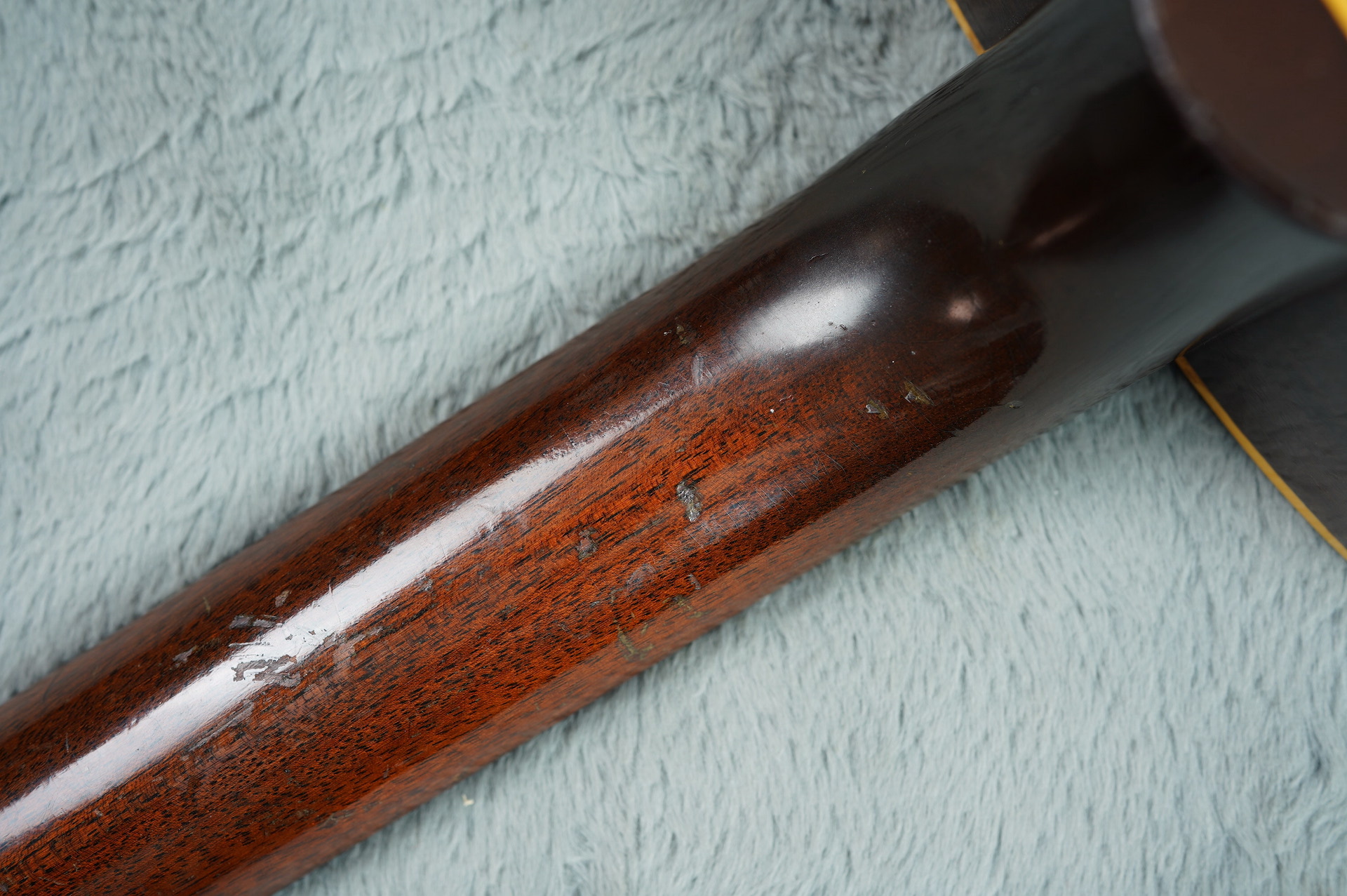 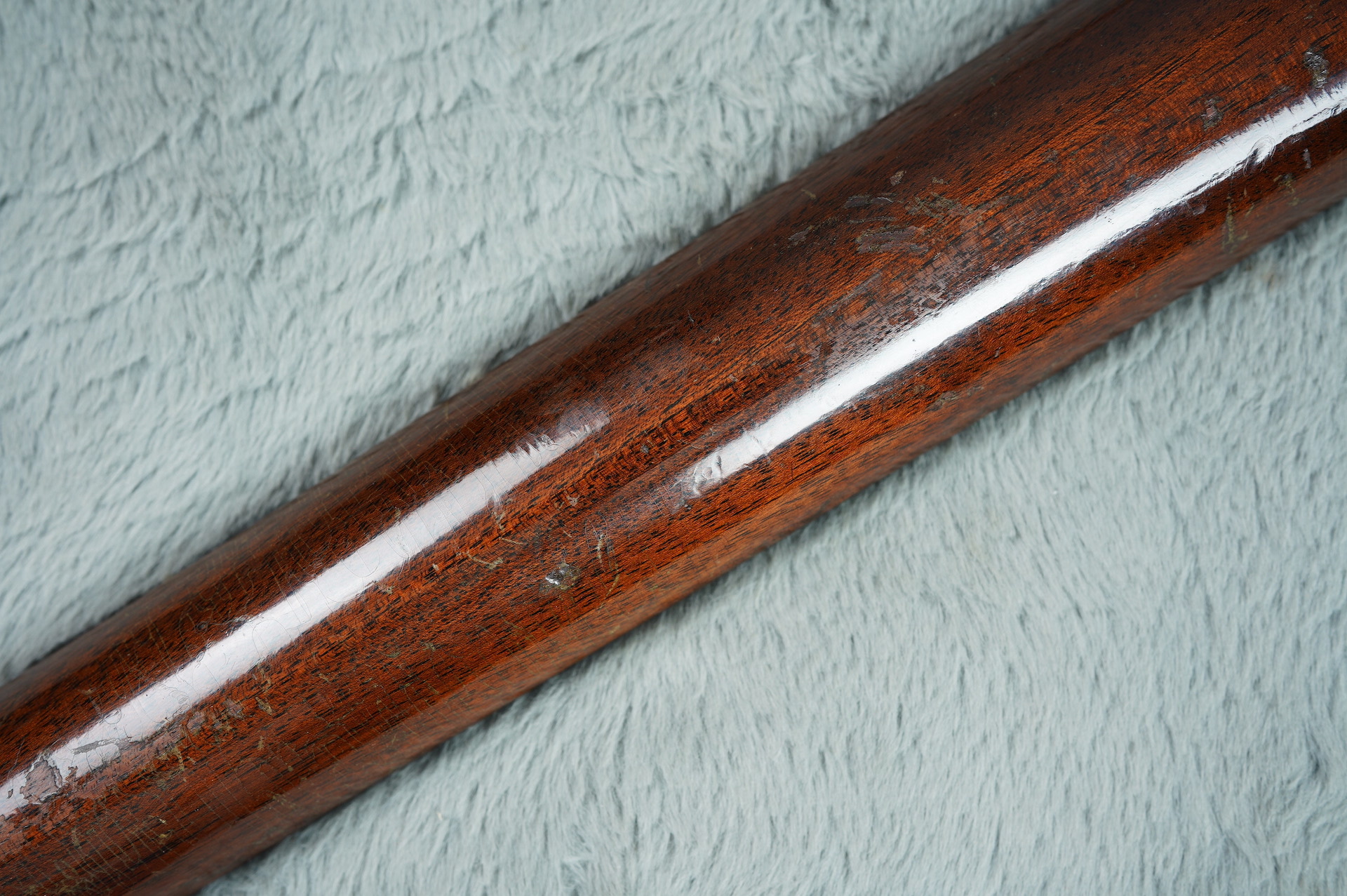 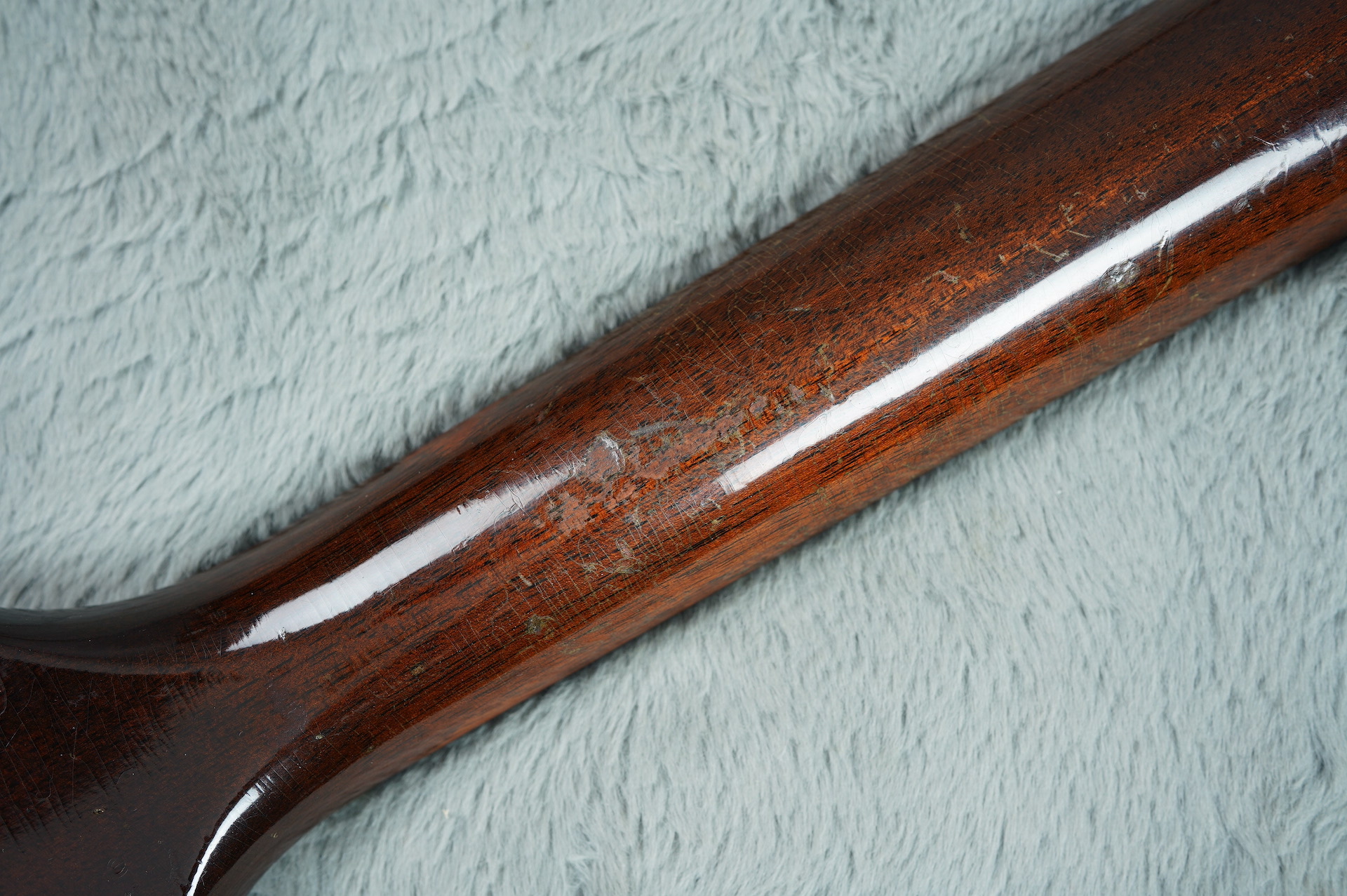 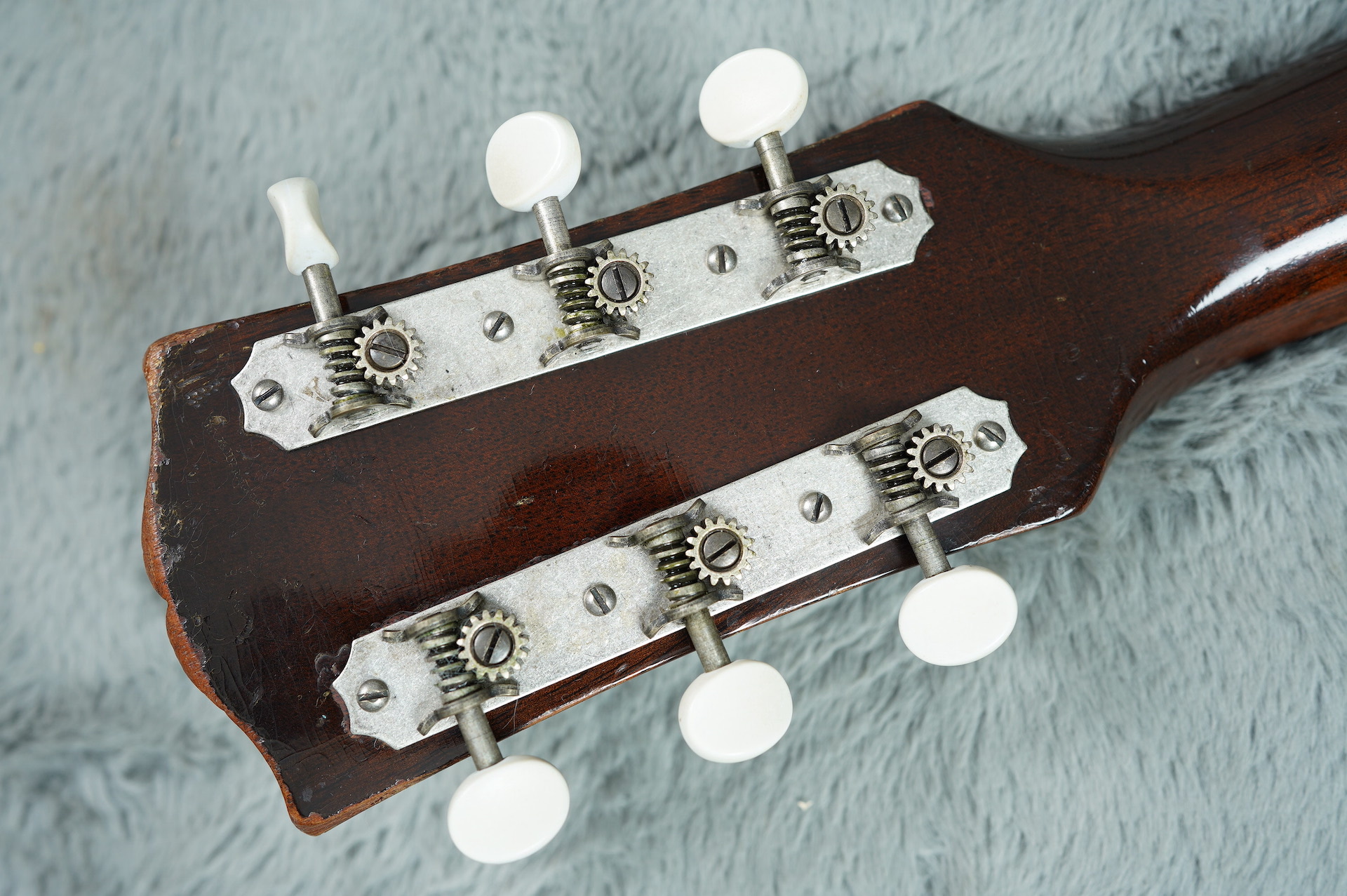 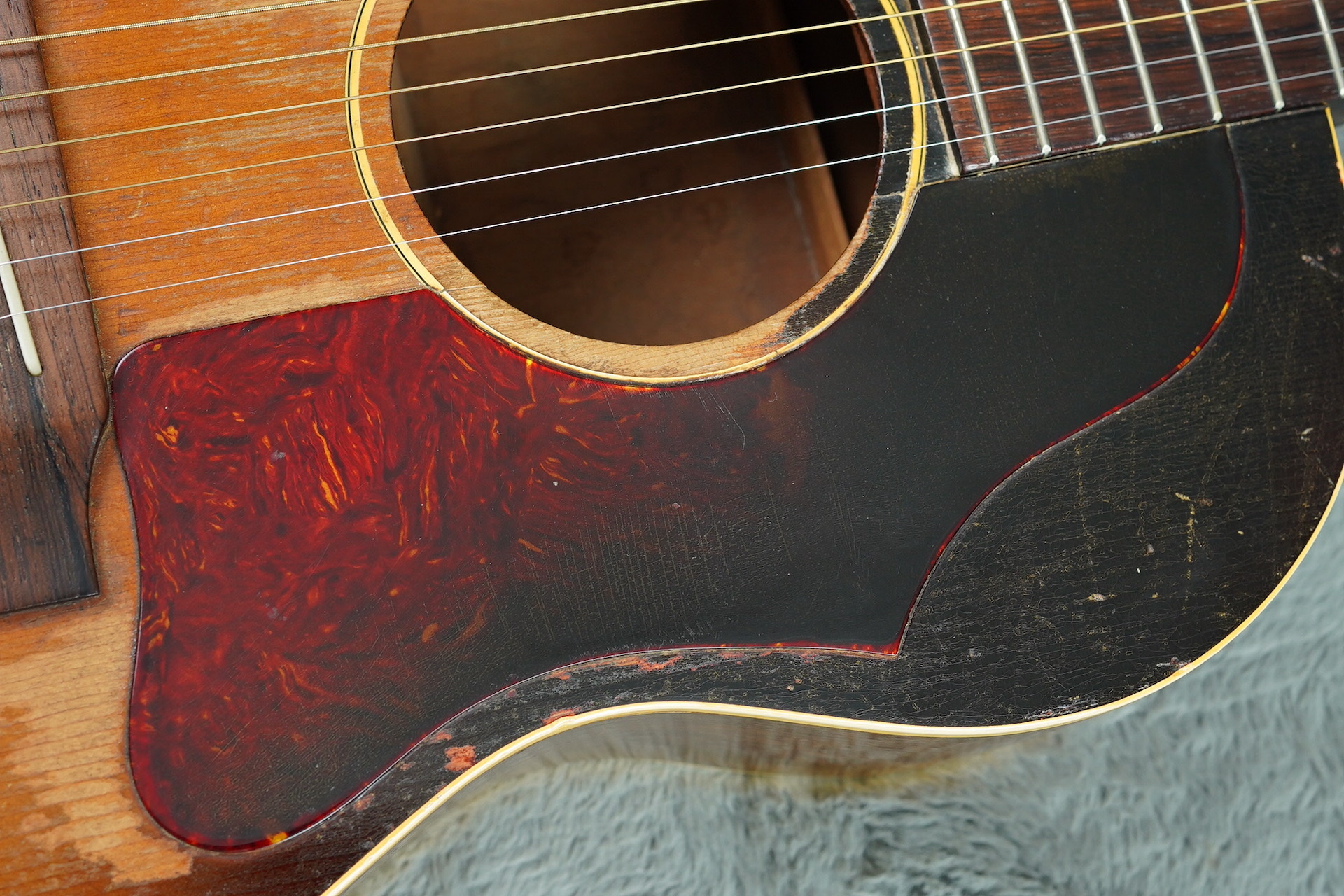 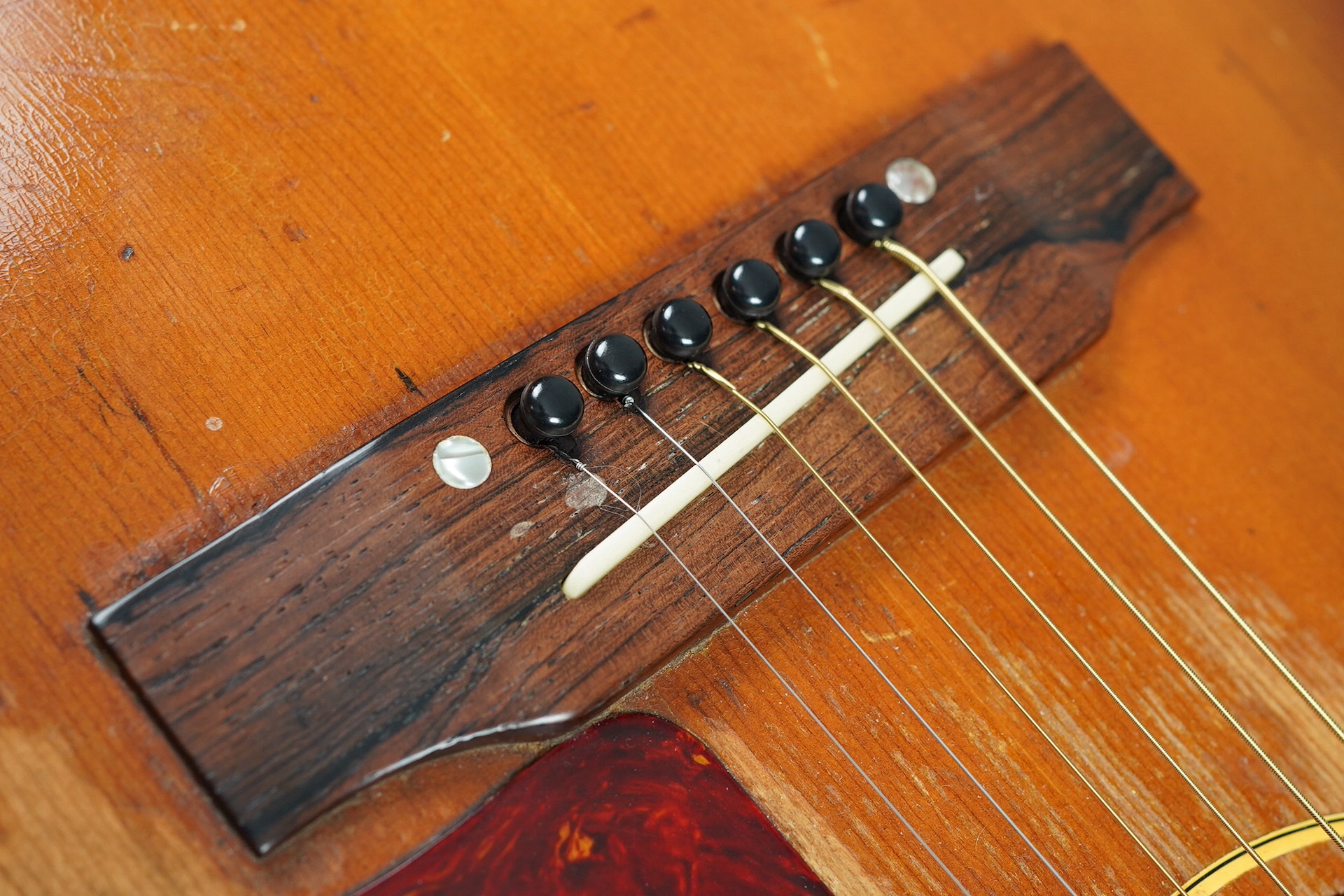 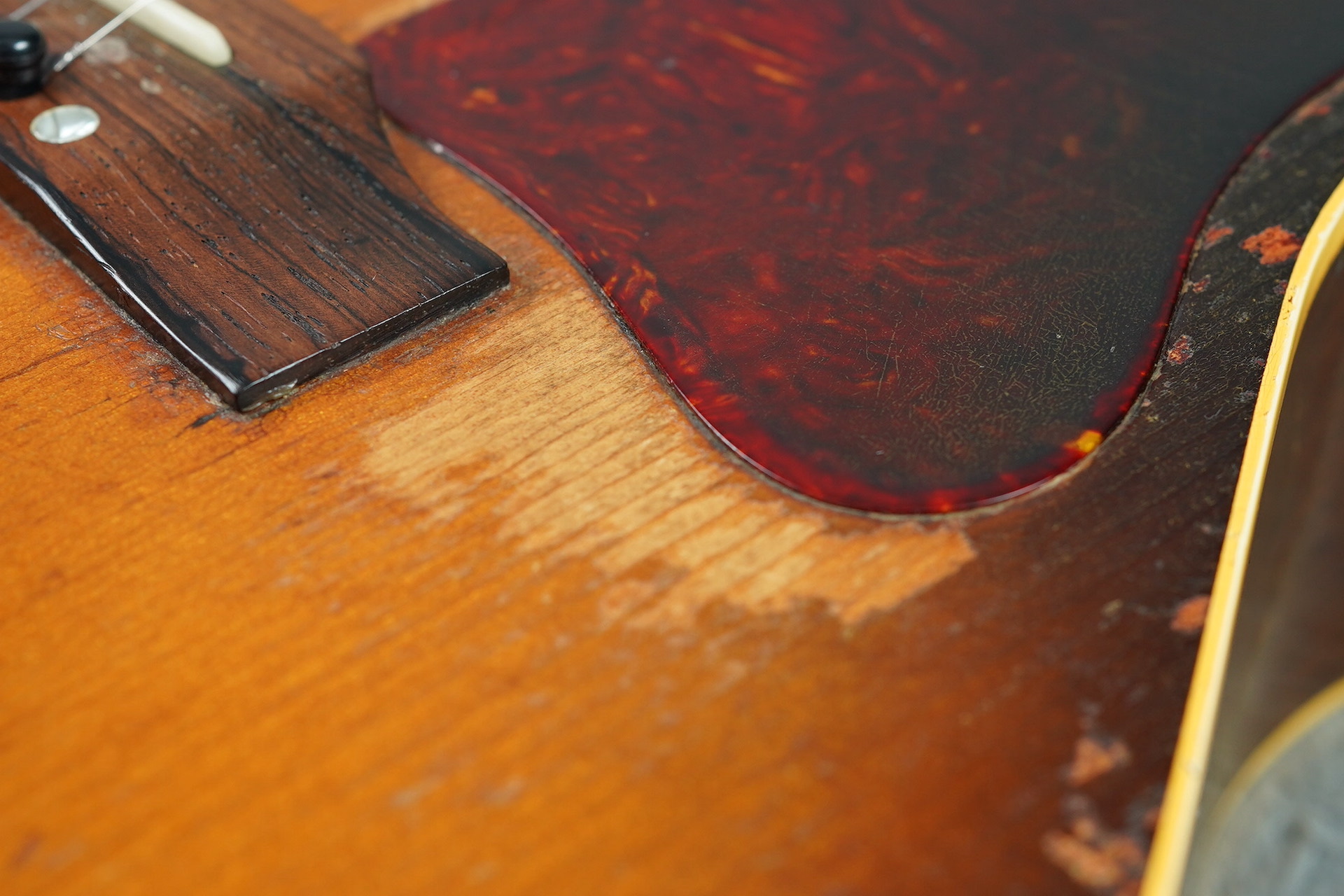 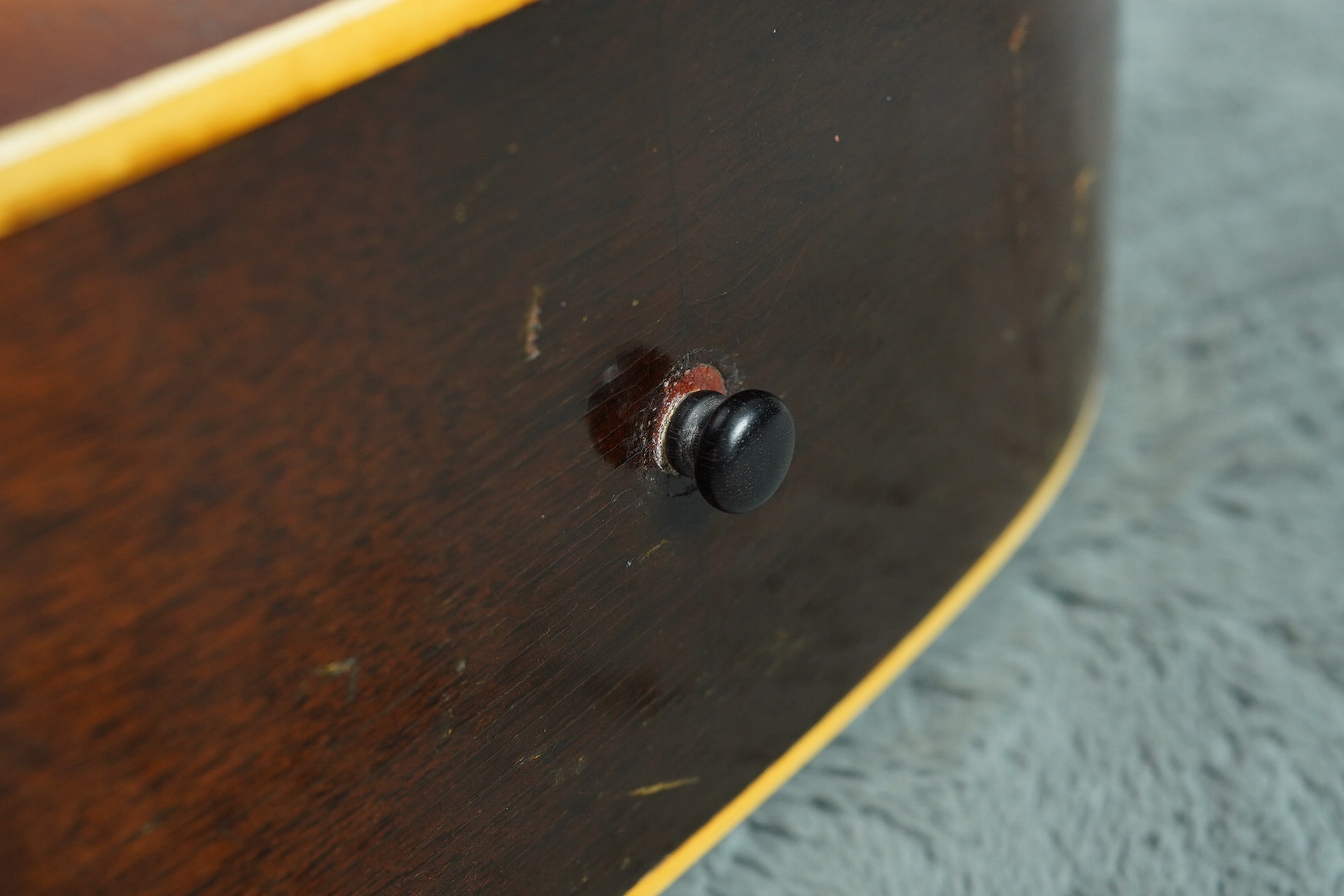 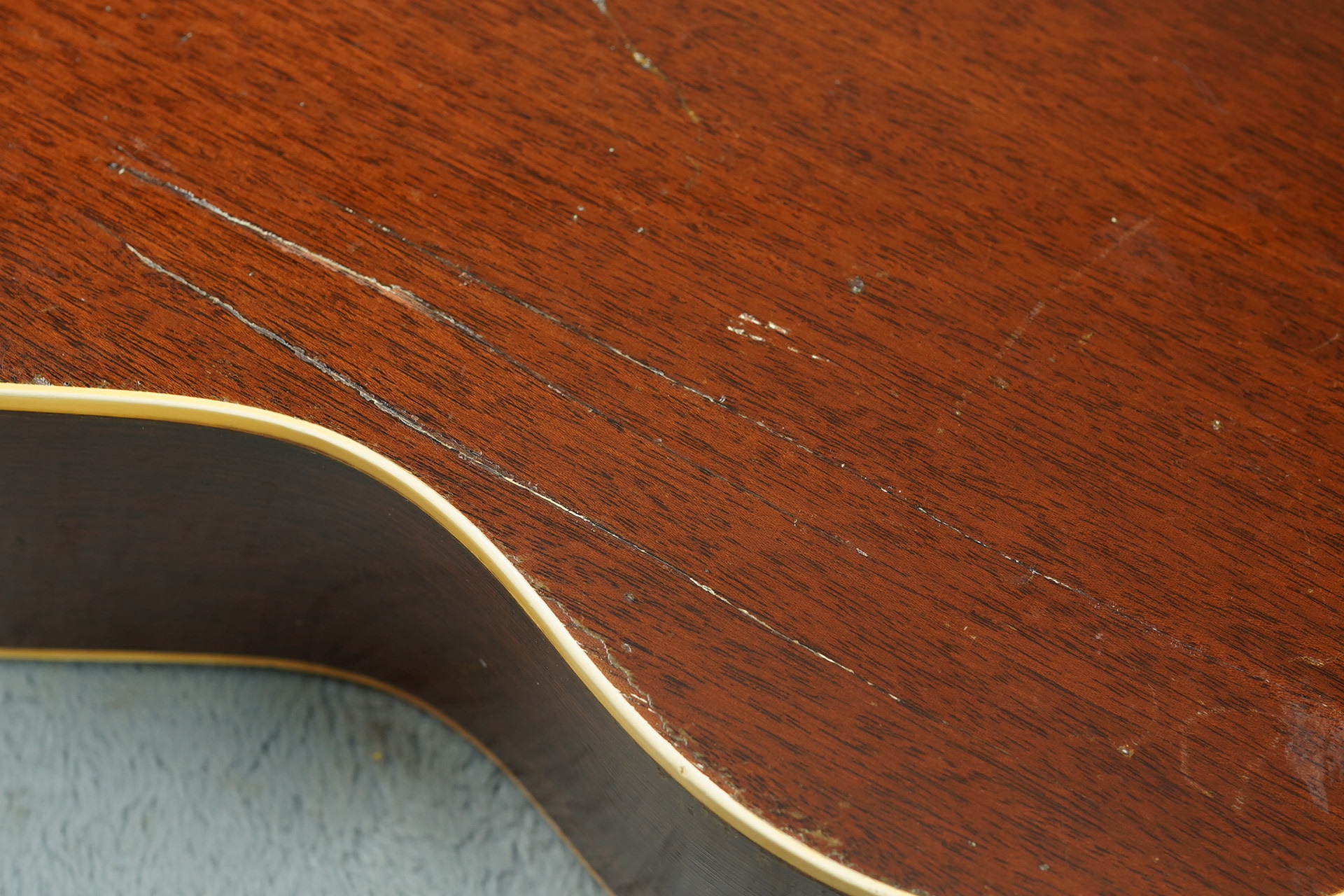