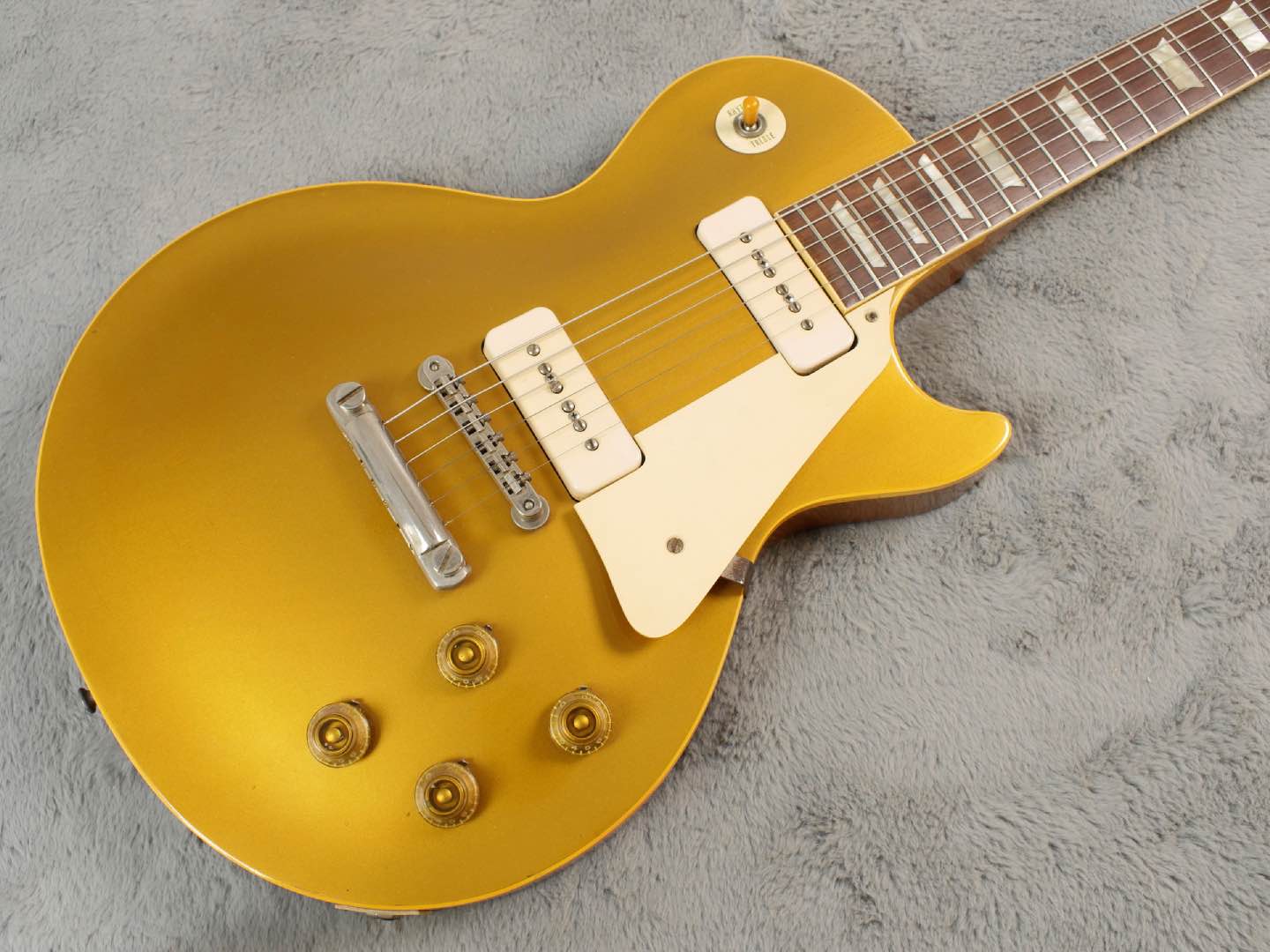 All that glitters is surely gold and if gold is what you seek you will not be disssapointed by this near mint example...

There is definitely a touch of the Midas about this gleaming, near MINT 1956 spec, late 1955 Gibson Les Paul Standard Goldtop.

Developed by Ted McCarthy in 1953, the Tune-o-matic bridge was first seen on the Super-400 before making its way onto the Les Paul Custom when it was introduced in 1954. Designed to improve tuning stability and aid the intonation, this innovation was added to the Les Paul Standard in the autumn of 1955, replacing the wraparound tailpiece that has been. feature of the guitar from two years previous.

On first opening the case, the first thing that strikes you about the guitar is the condition of the glorious gold top. Close inspection reveals only a handful of checking marks which are only really detectable as you move the guitar around in light. The colour is so vibrant and free of any discolouration that can so often plague this finish. The back of the body too is stunning, the gloss of the lacquer is vivid and has only really sustained a few very minor and small dings during its 60 or so years.

The back of the neck too has retained its shine, surviving with only a few minor bumps. and a few lacquer checks by the back of the headstock. On the front of the neck the fingerboard and original frets are virtually unmarked just in line with the rest of the guitar.

The plastics are so bright on this guitar its difficult to come to terms with the fact that they are nearly of pensionable age. The nickel part too is in fantastic condition with only some very minimal discolouration.

The guitar comes with its correct Lifton 4 latch case which in itself is very clean, having only sustained a few scratches.

As you’d expect (or hope!) this guitar does sound as good as it looks. There is plenty of sustain evident even before you plug it in whereupon we are exposed to the sonic tour de force that is the vintage 50’s Gibson P90 pickup. The neck pickup gives us that classic bluesy, ballsy tone without loosing any definition where as the bridge is snarly and powerful without any shrillness.

Everyone has to play a Goldtop Les Paul at some point in their lives but ones like this don’t come along very often in this condition. Don’t let it get away. 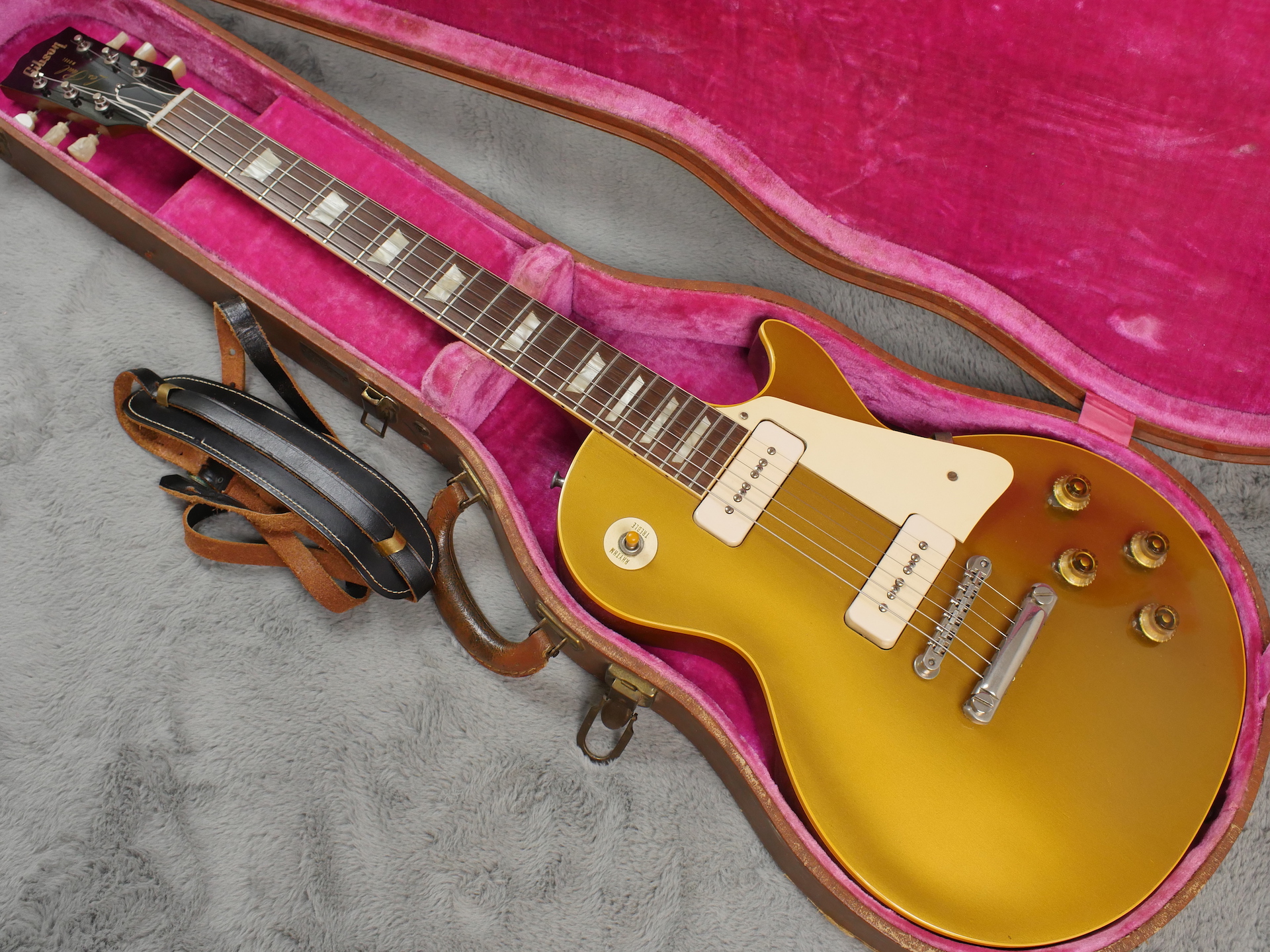 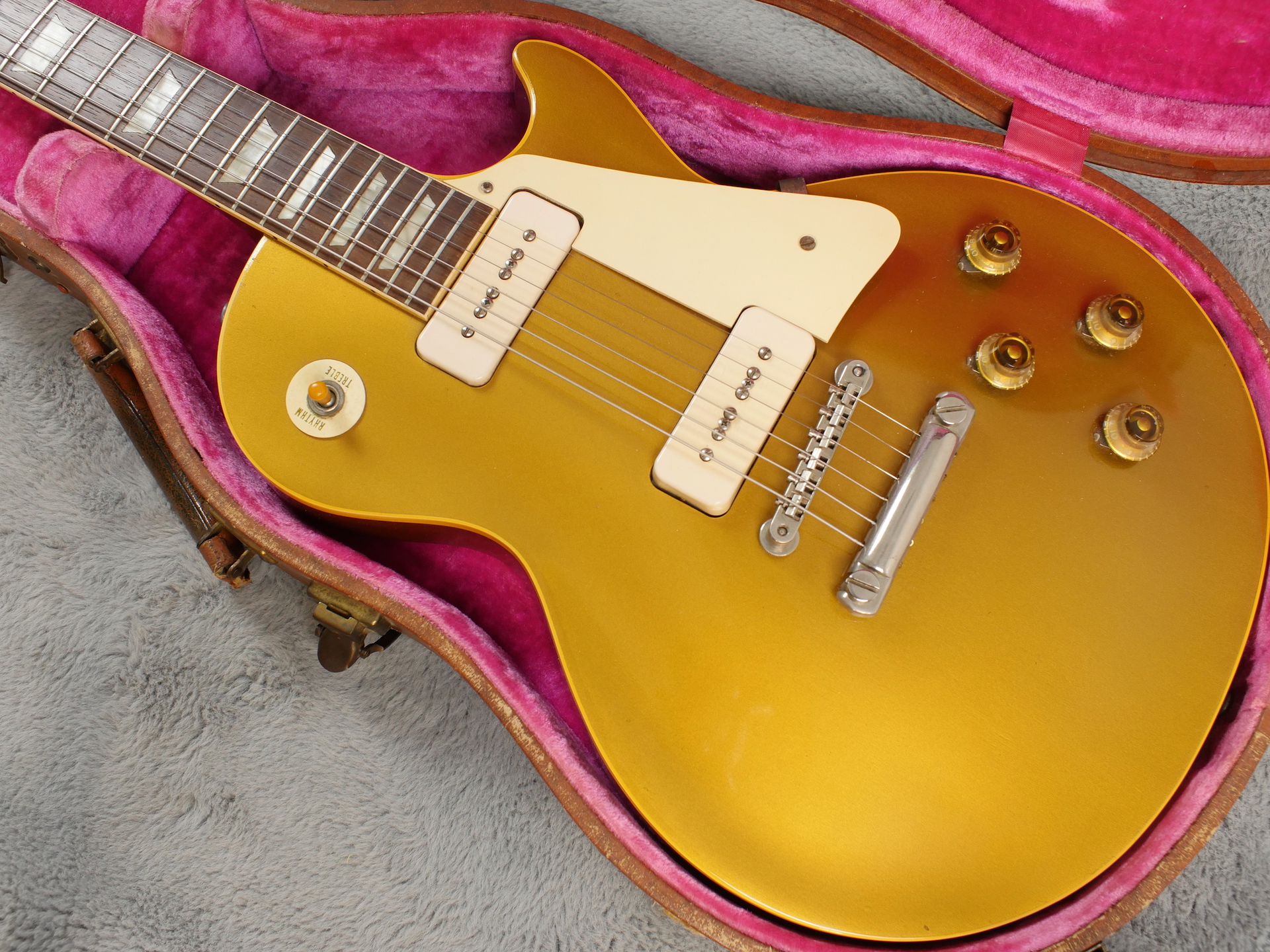 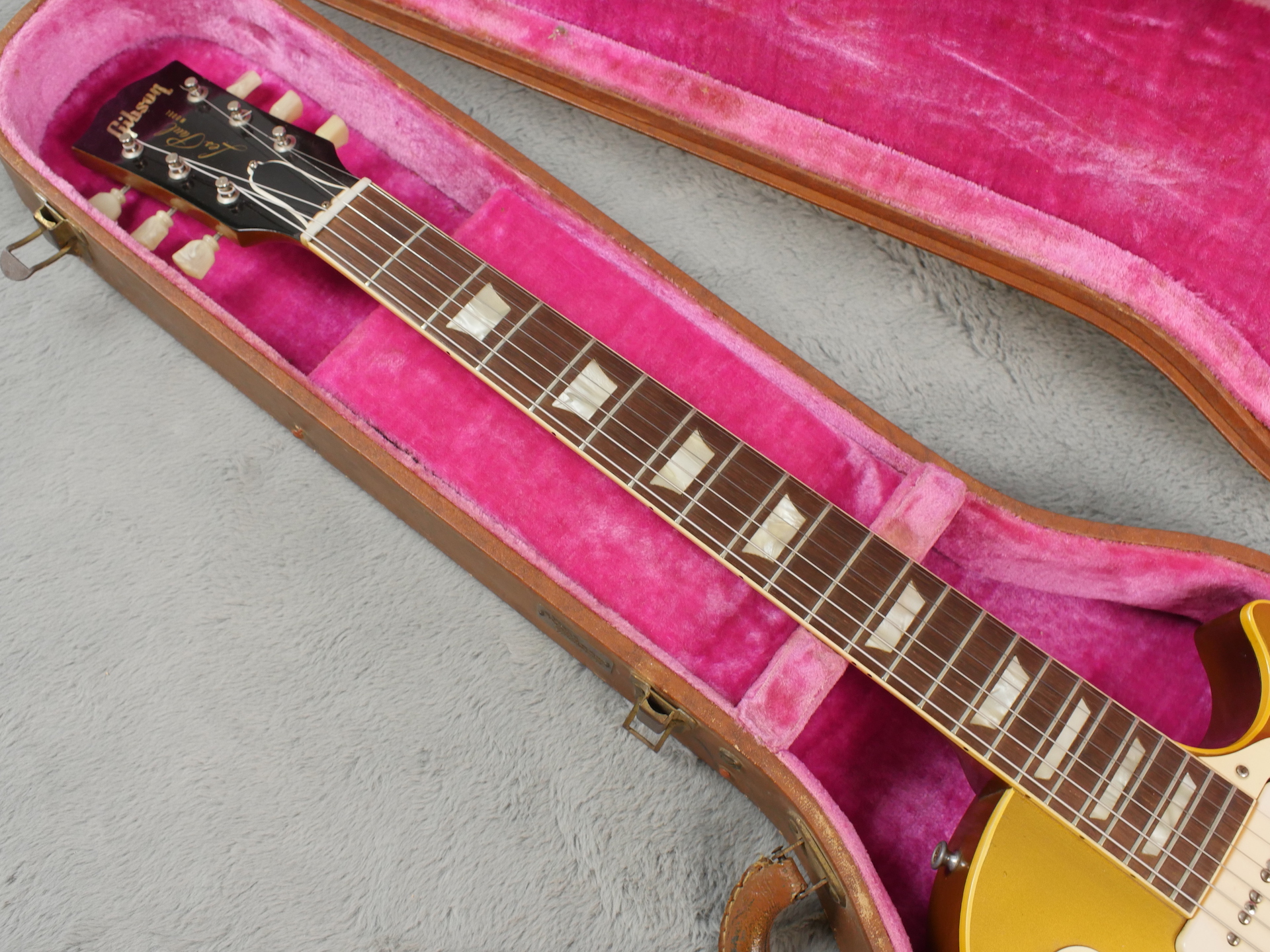 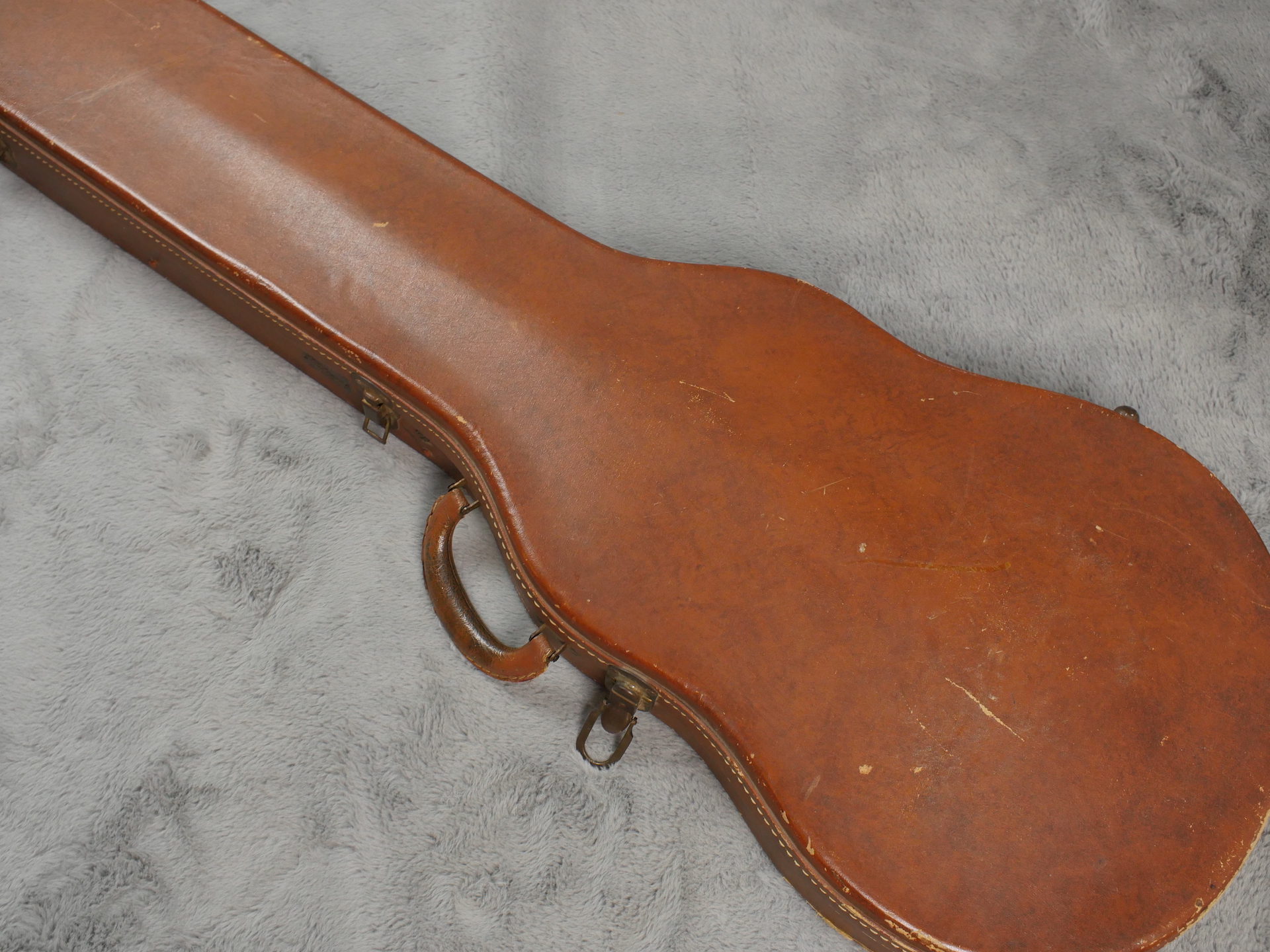 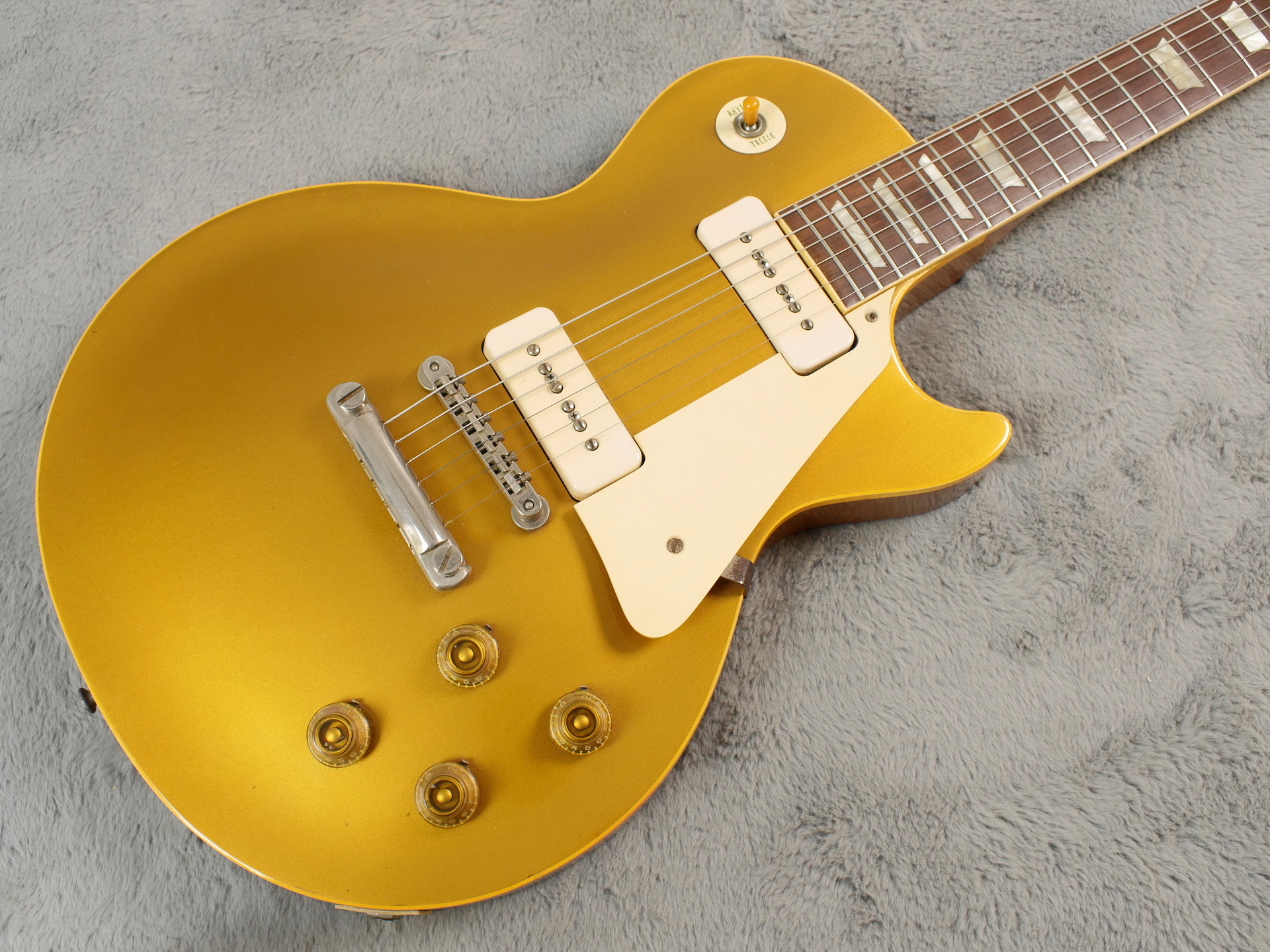 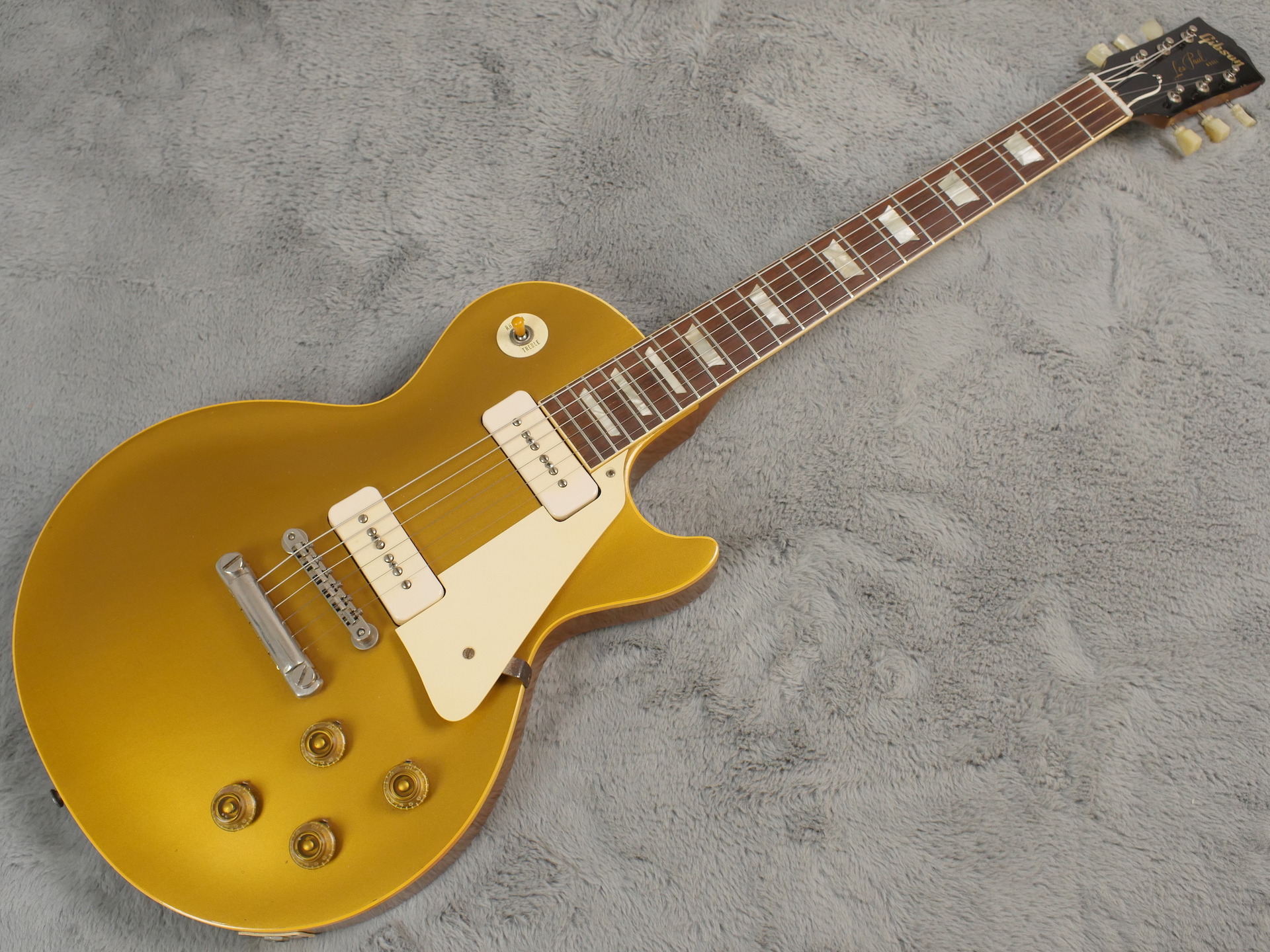 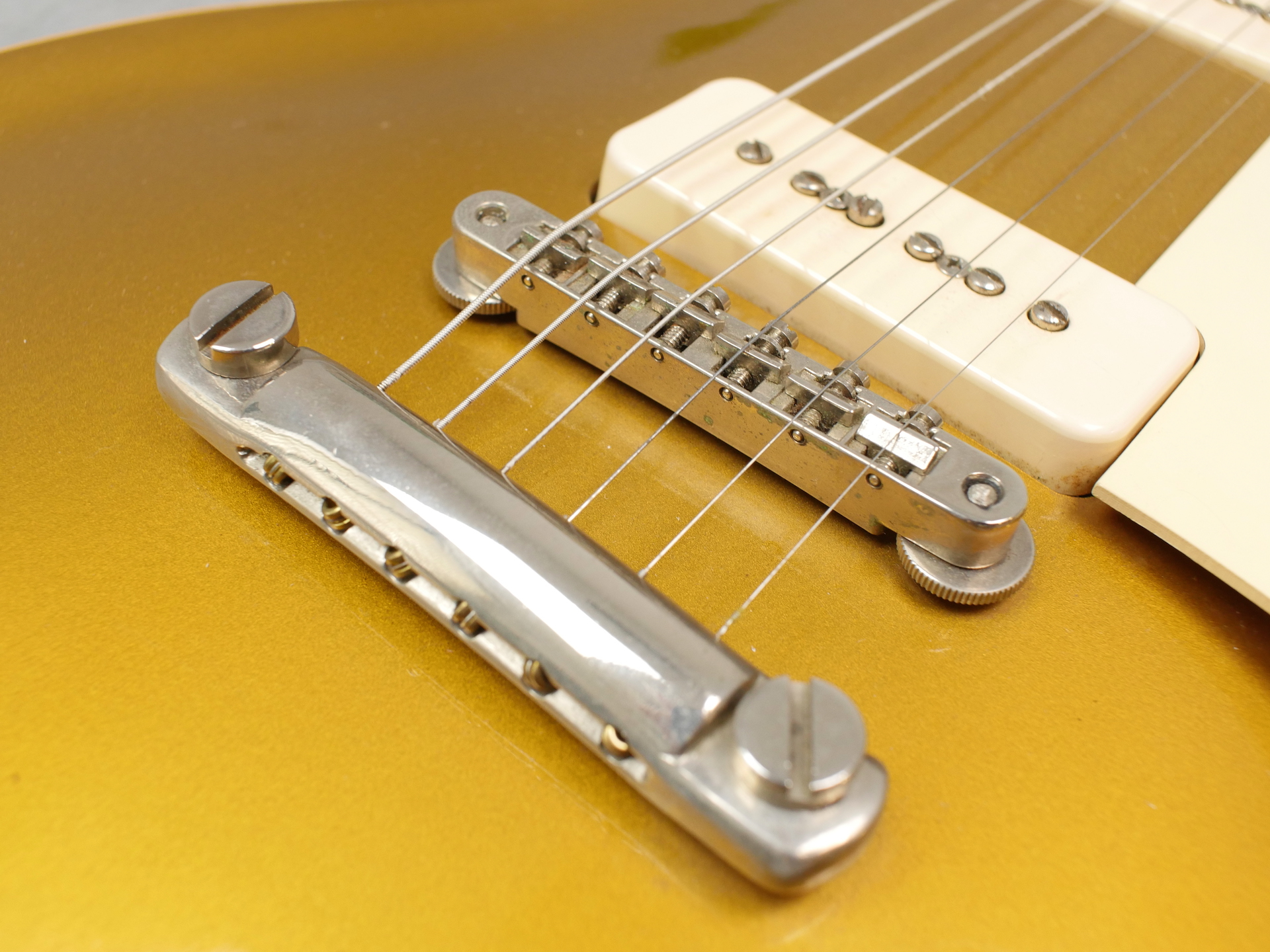 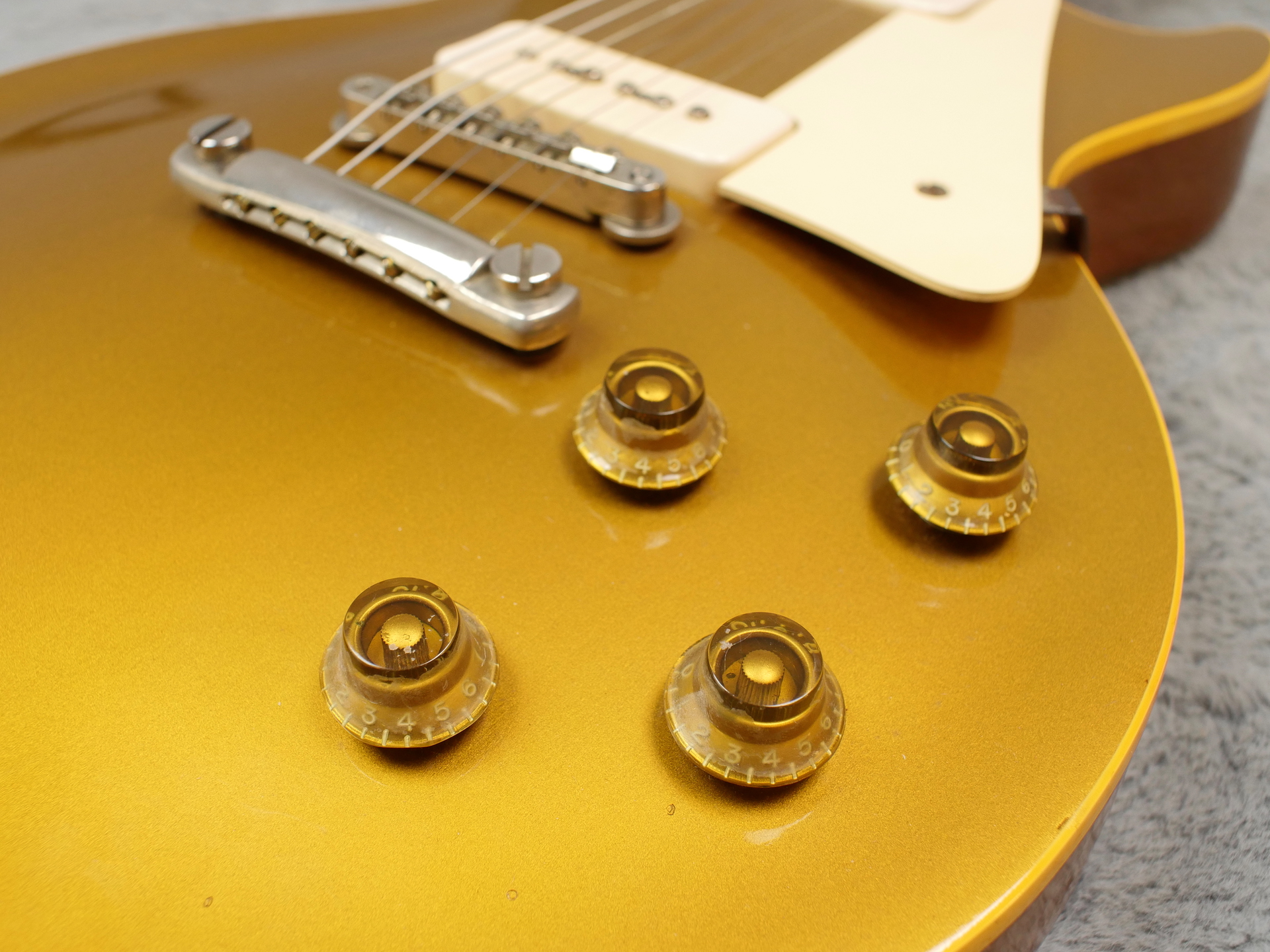 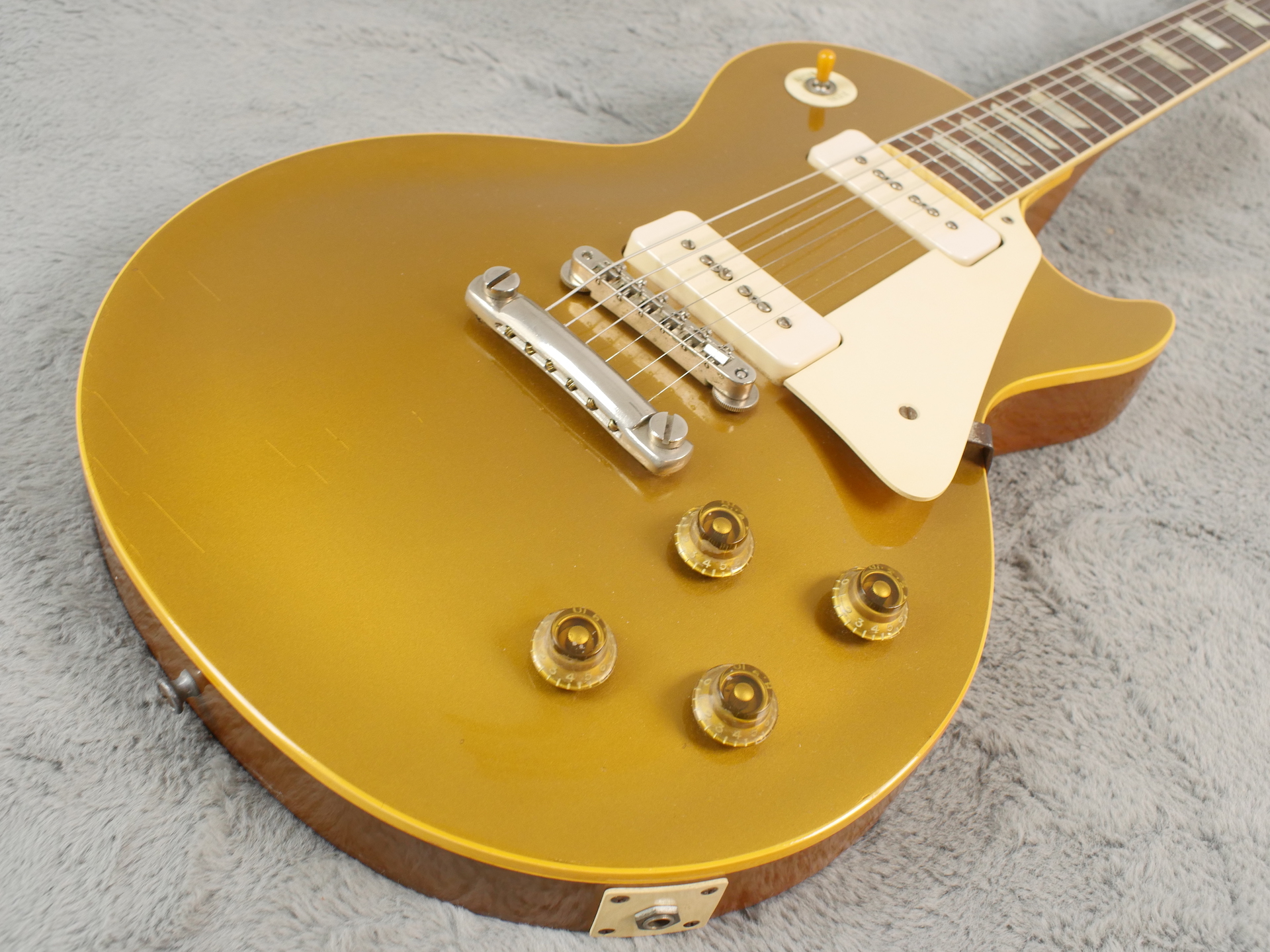 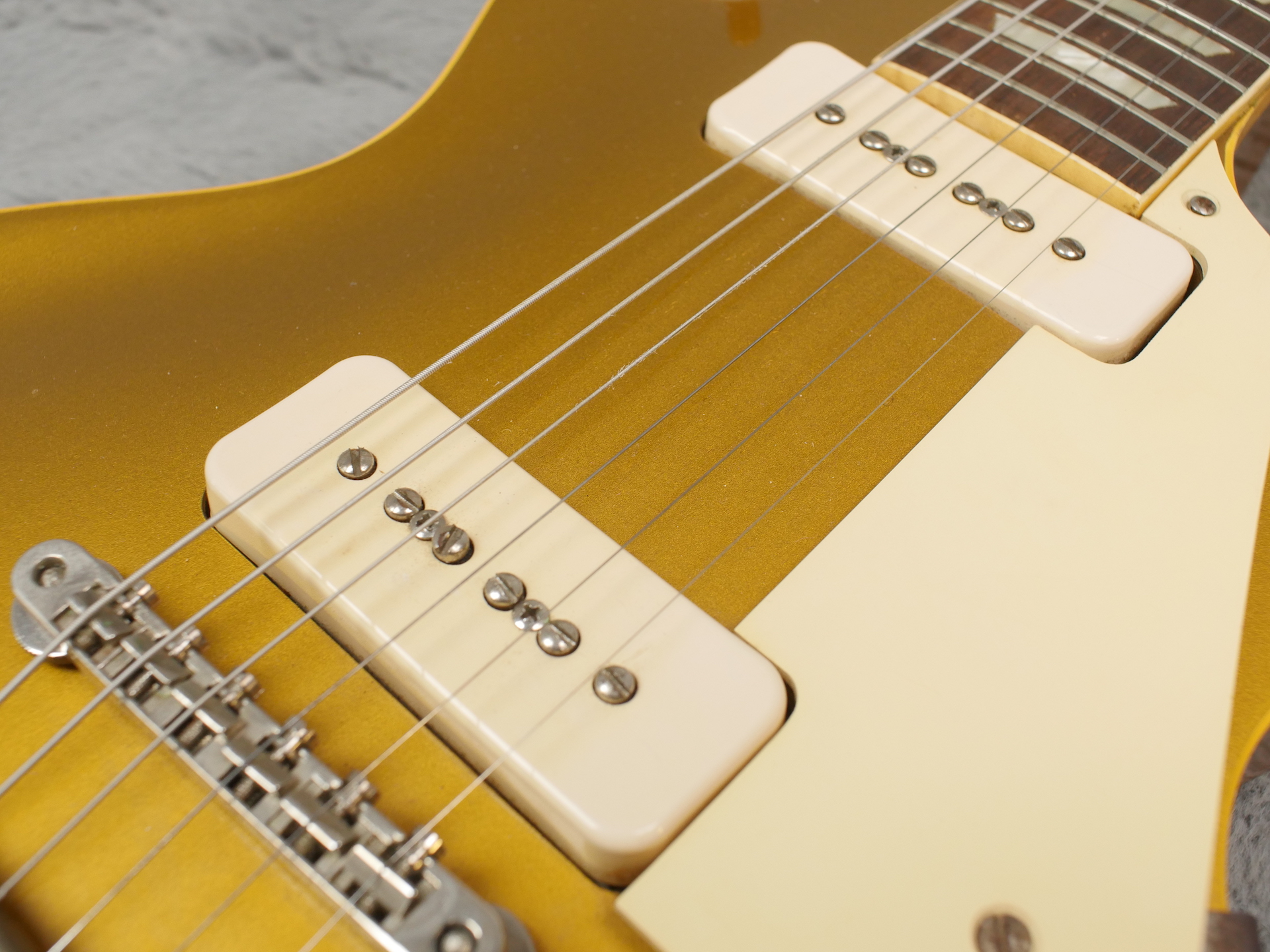 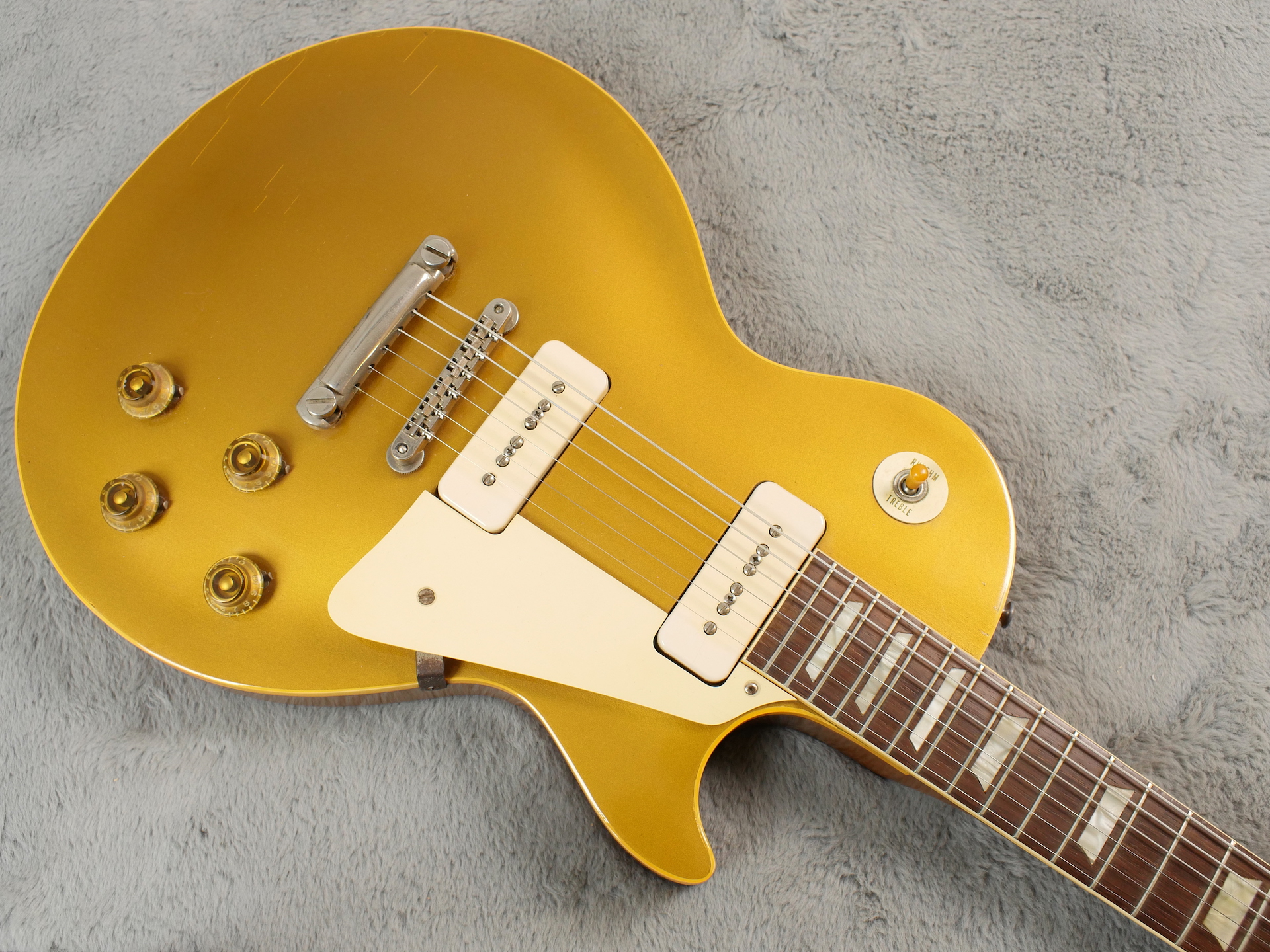 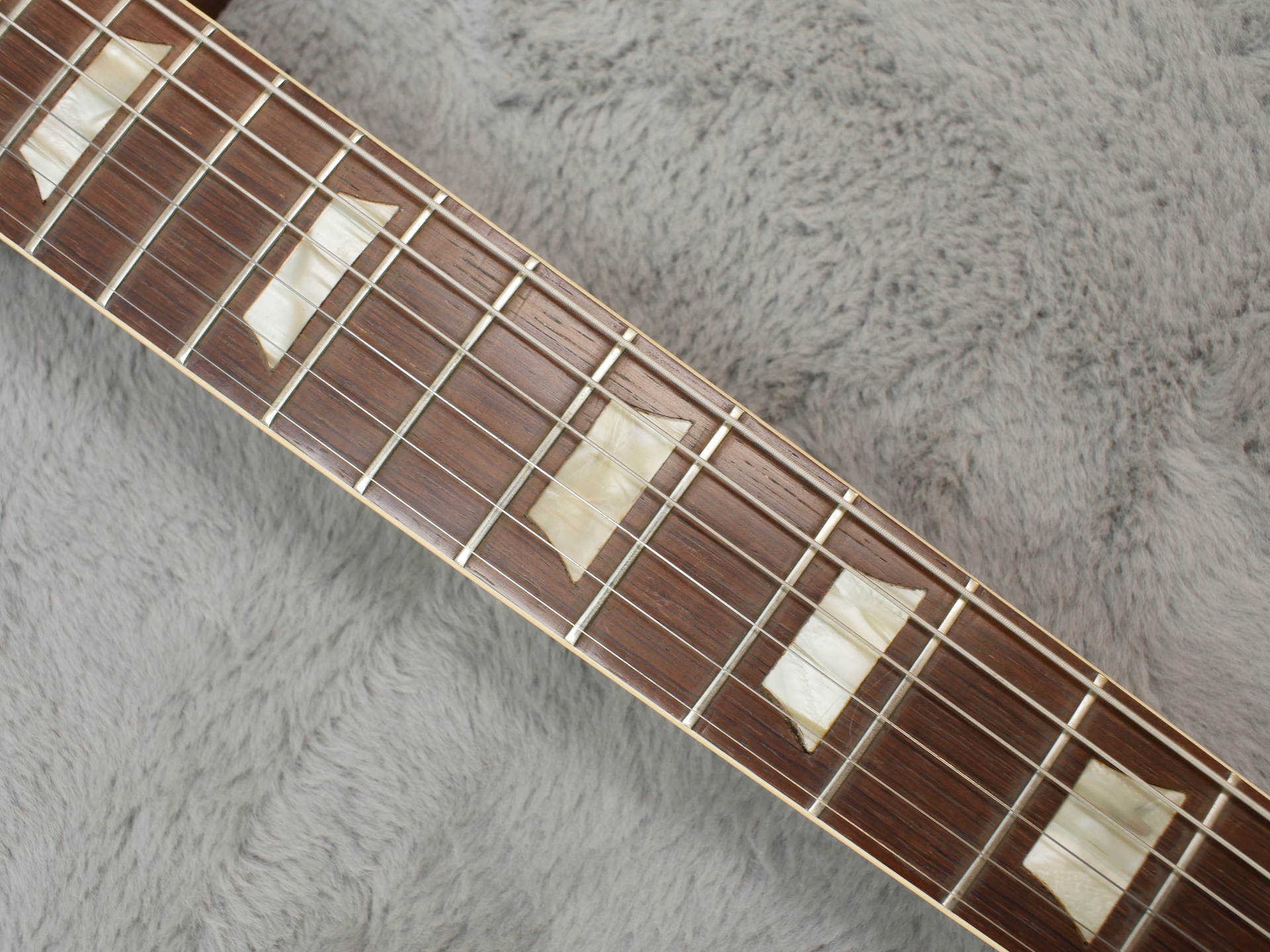 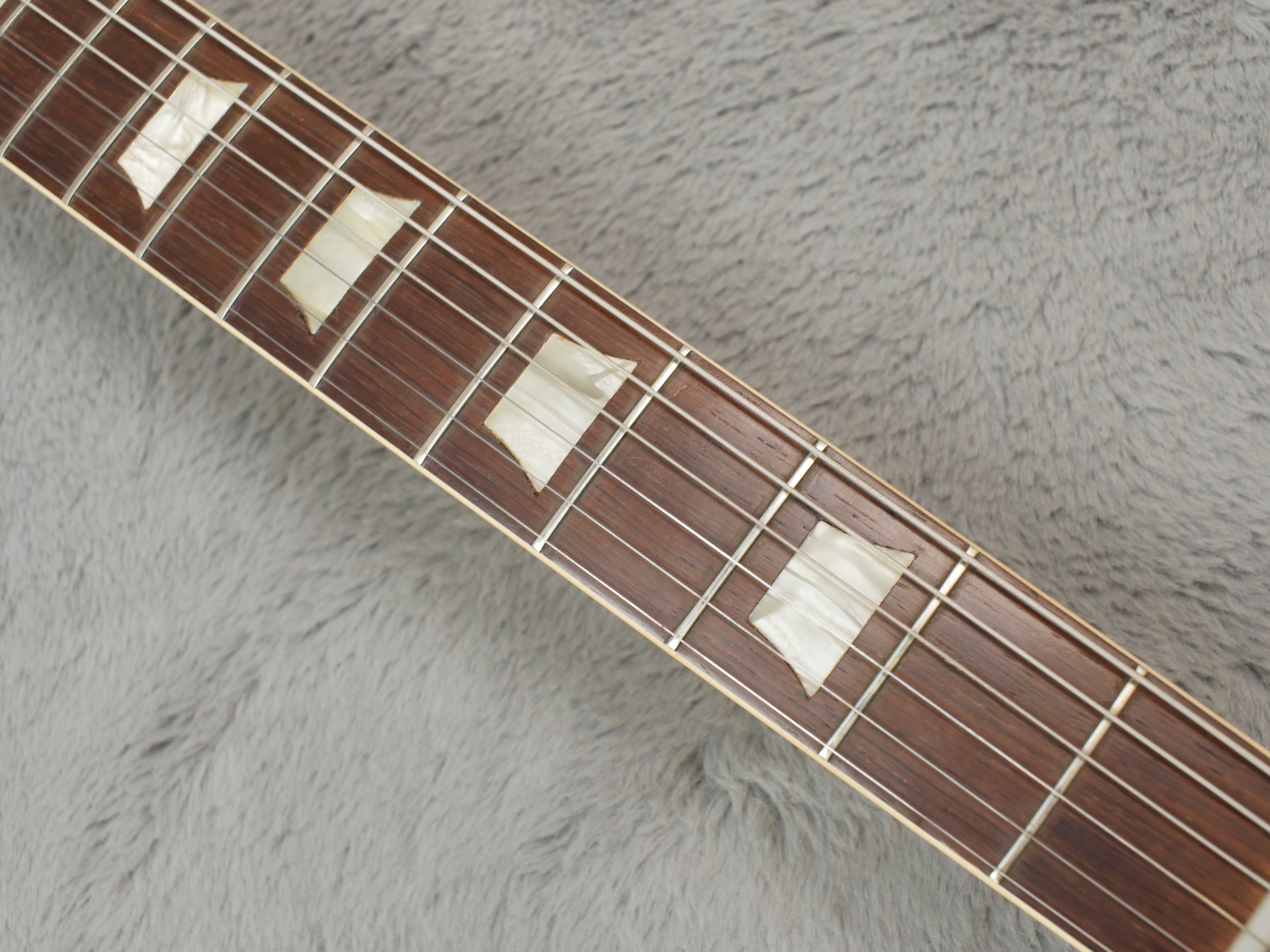 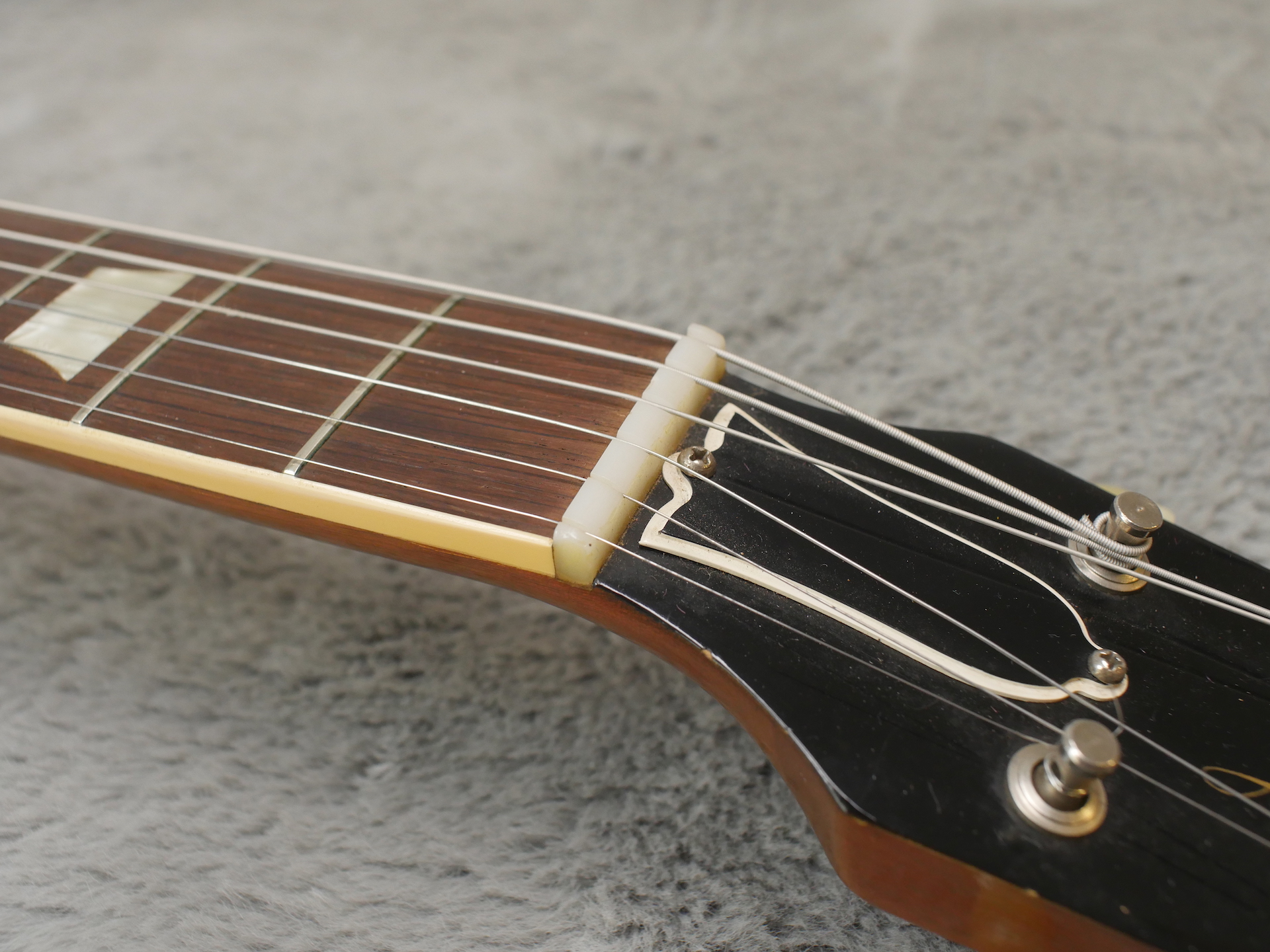 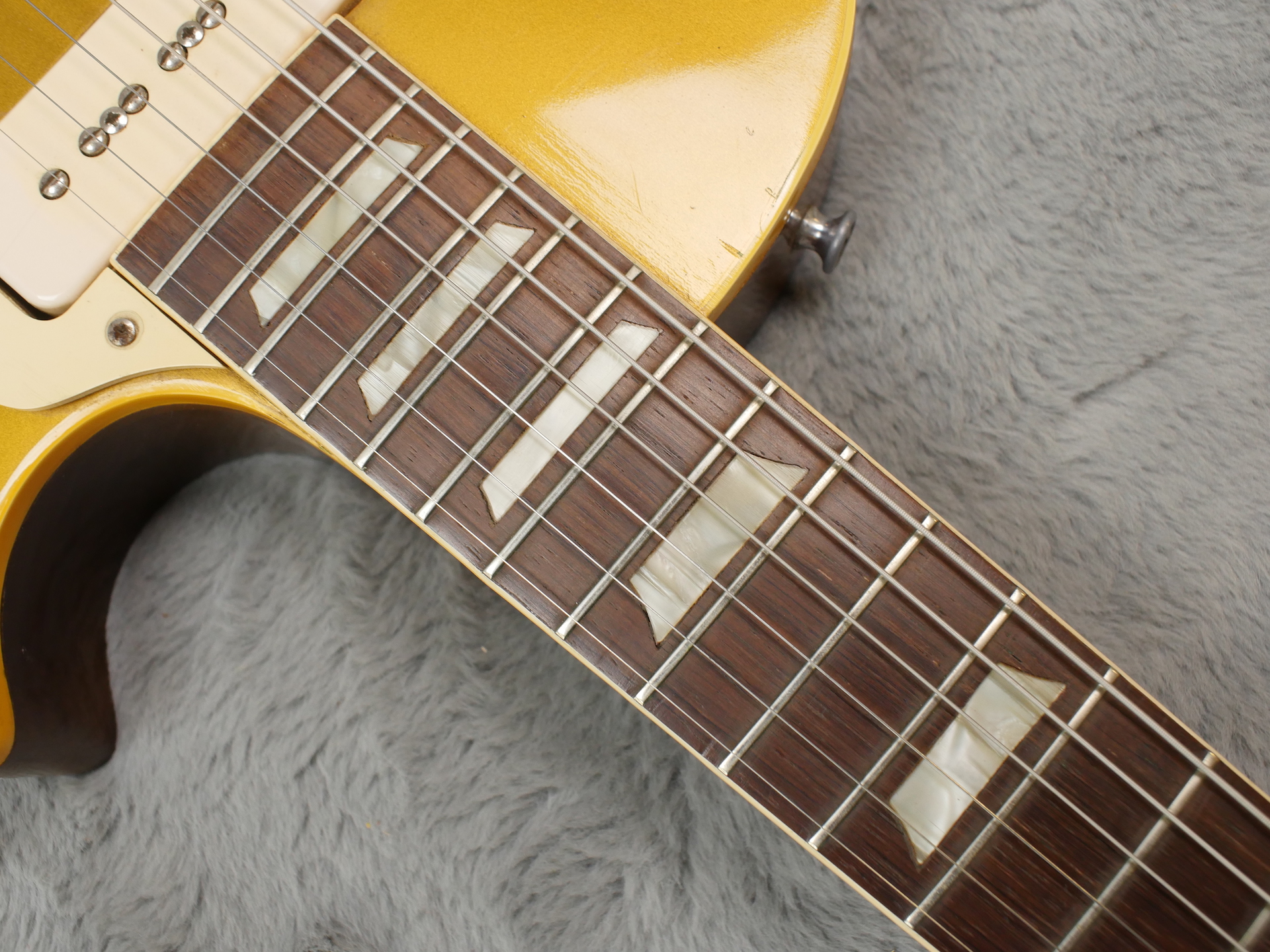 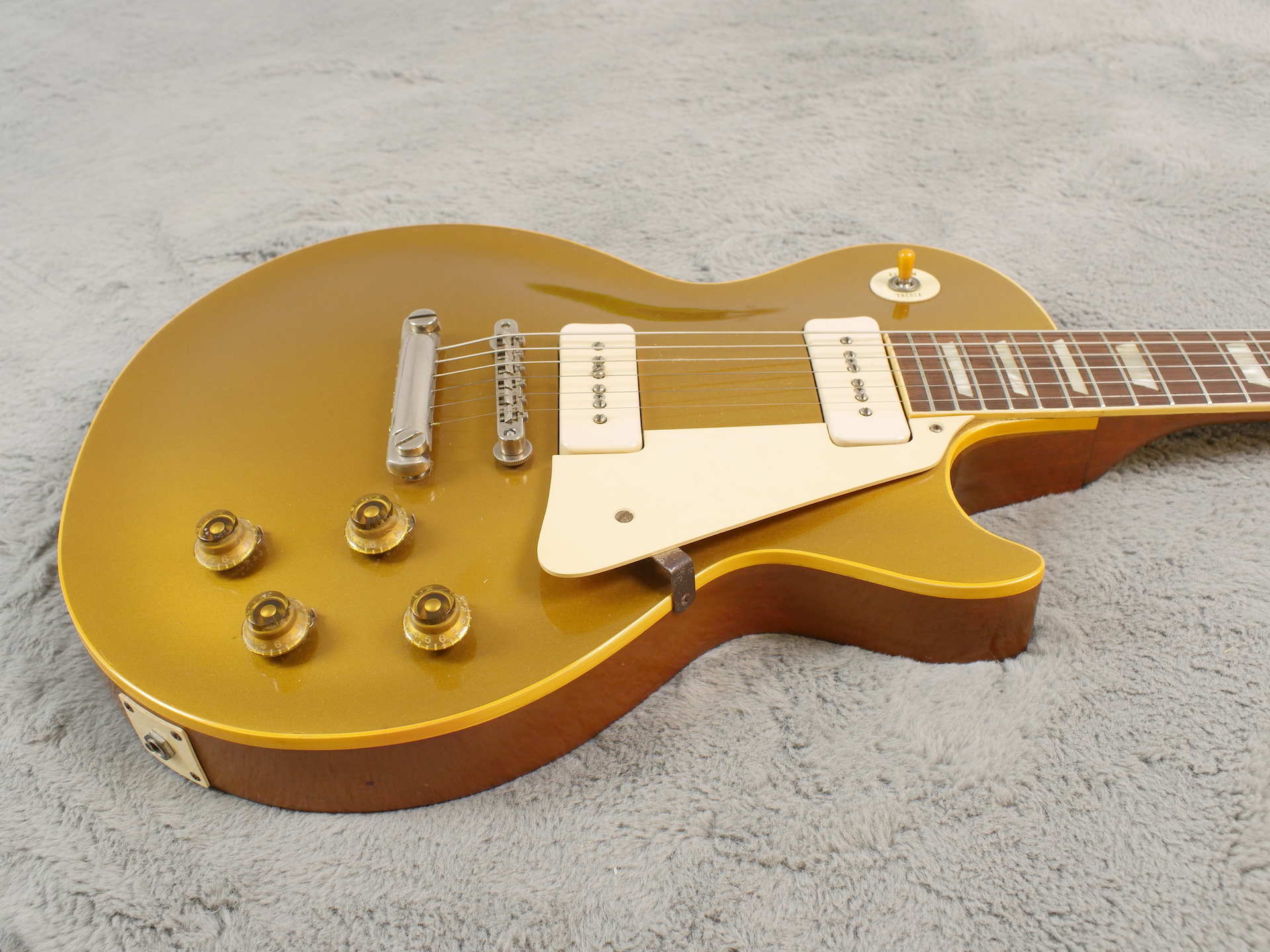 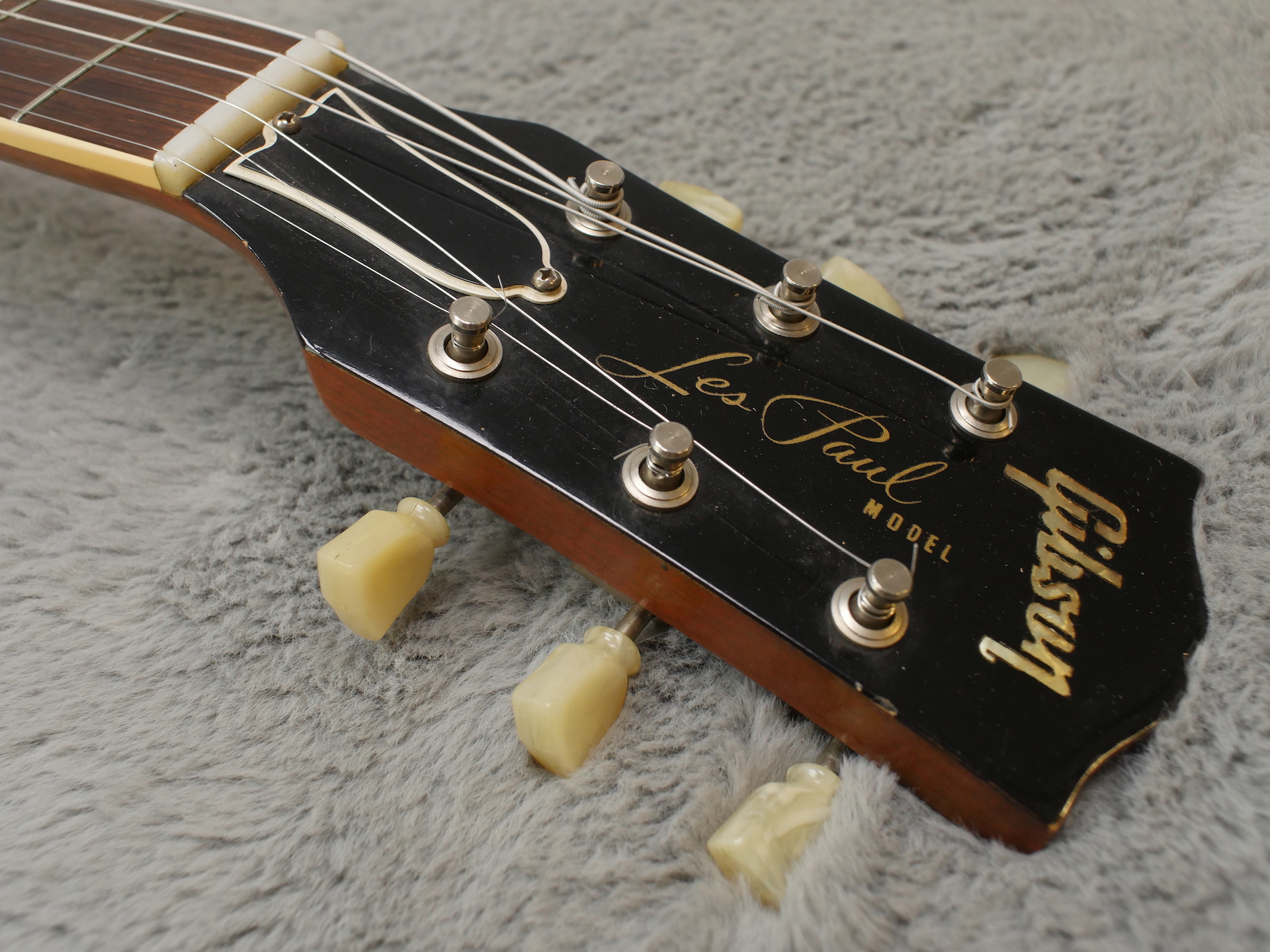 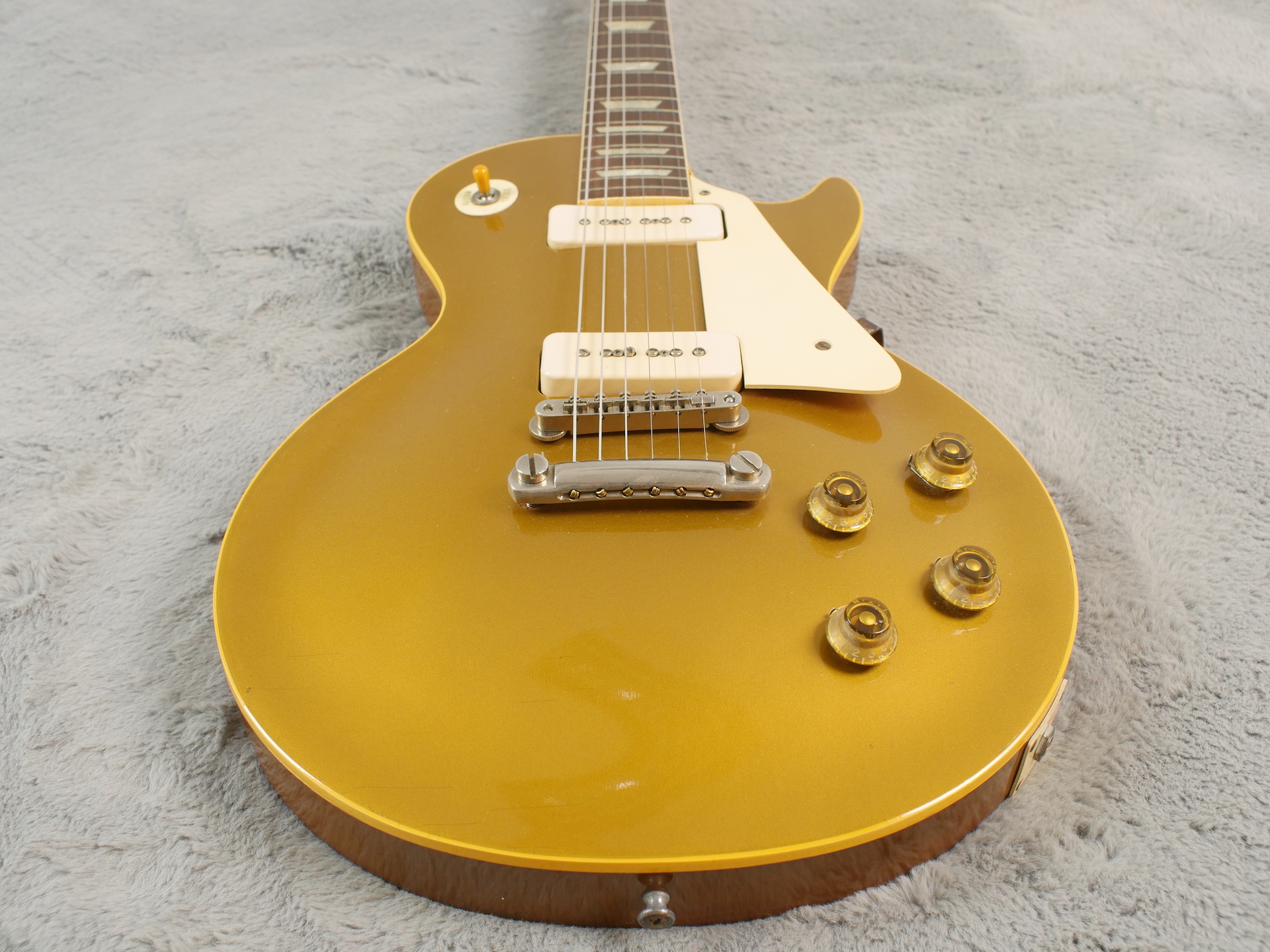 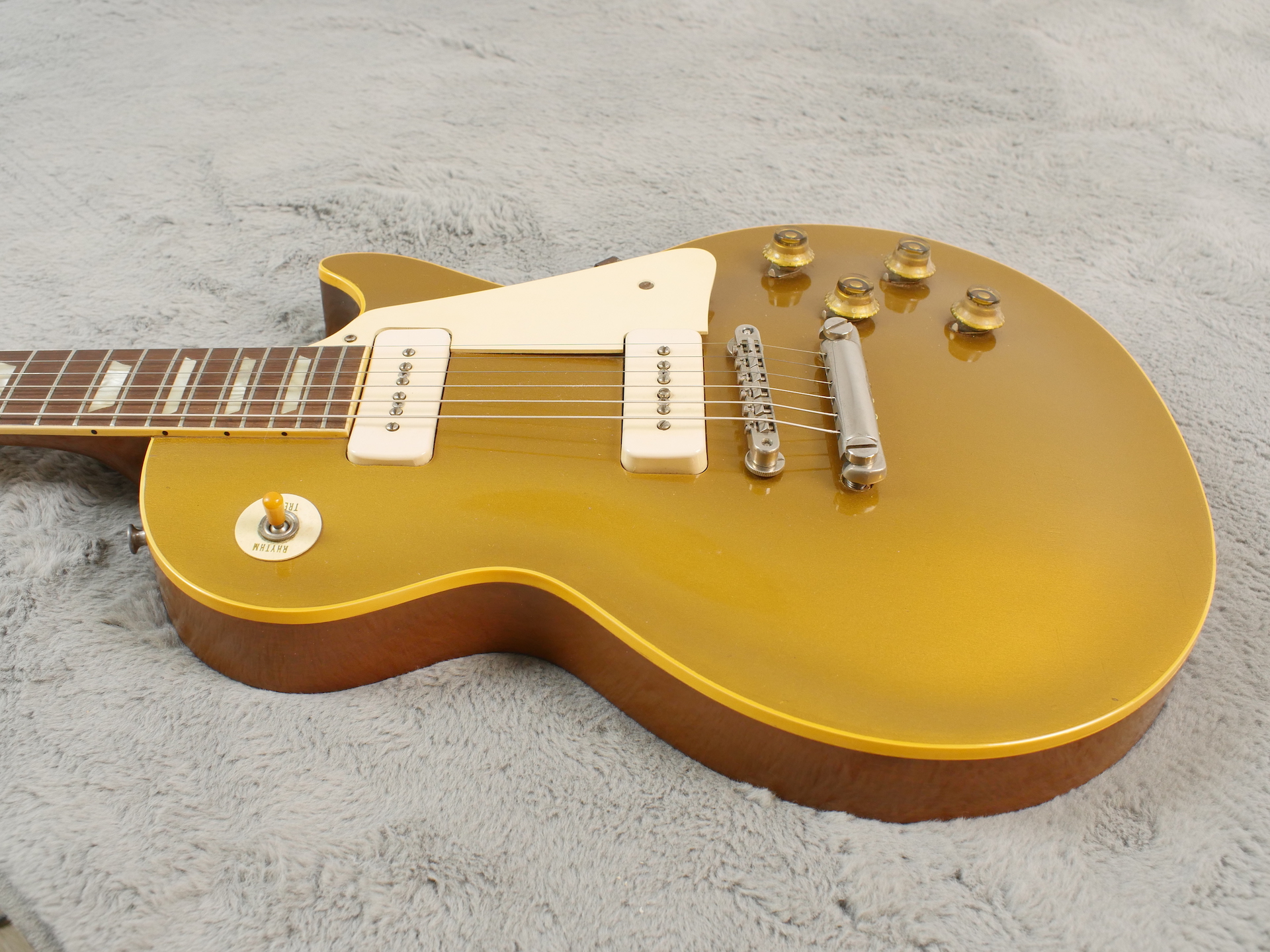 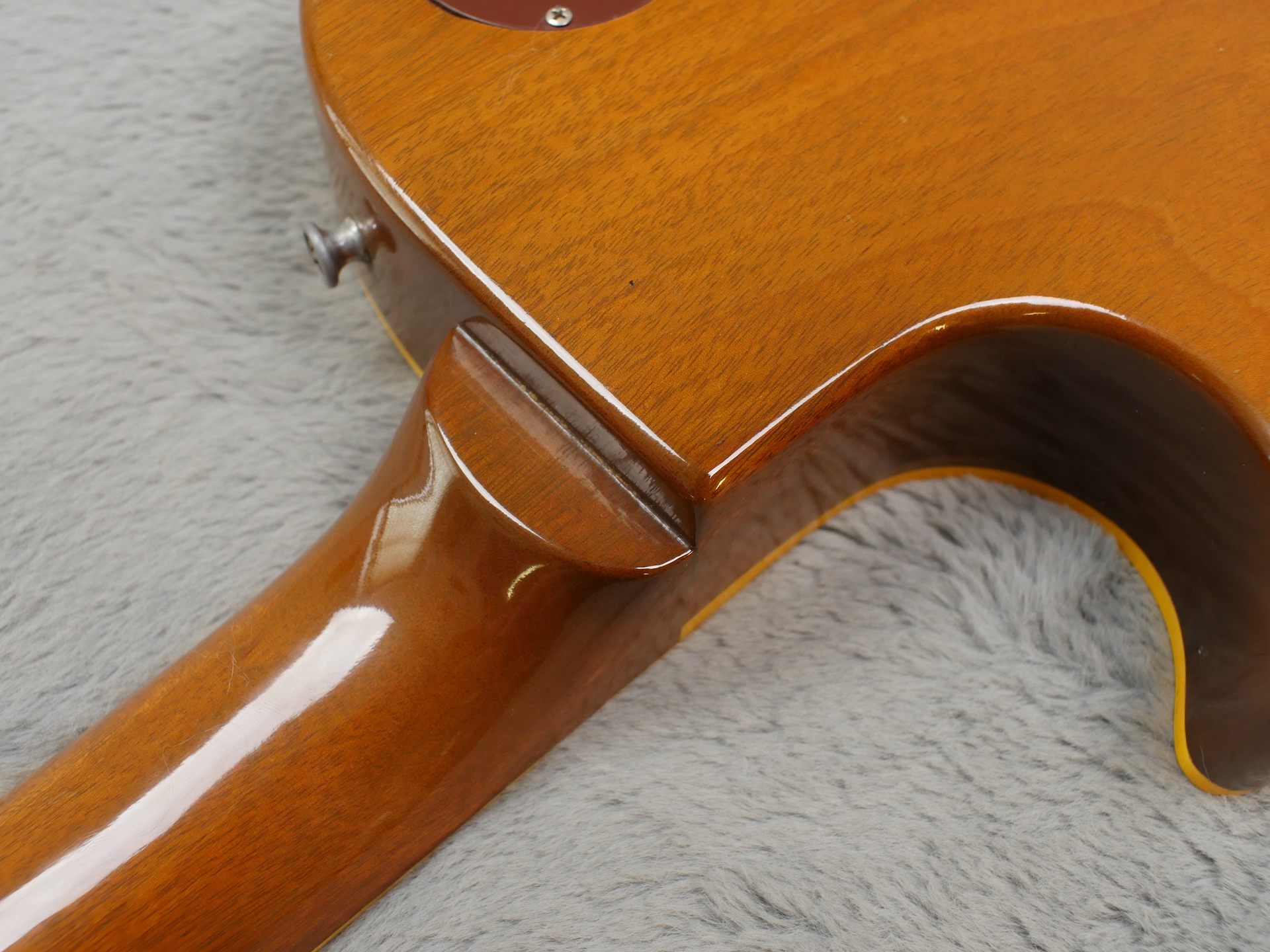 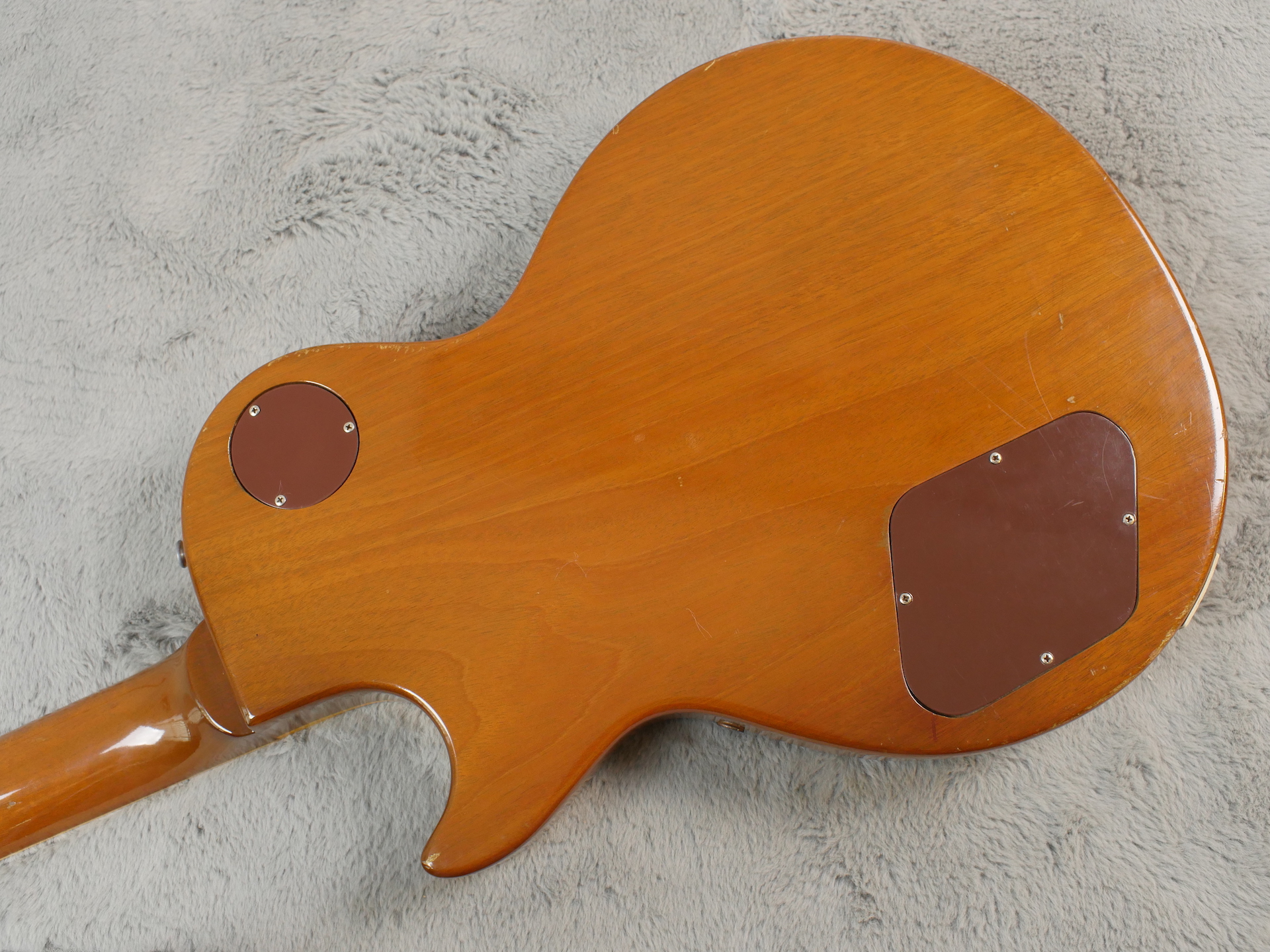 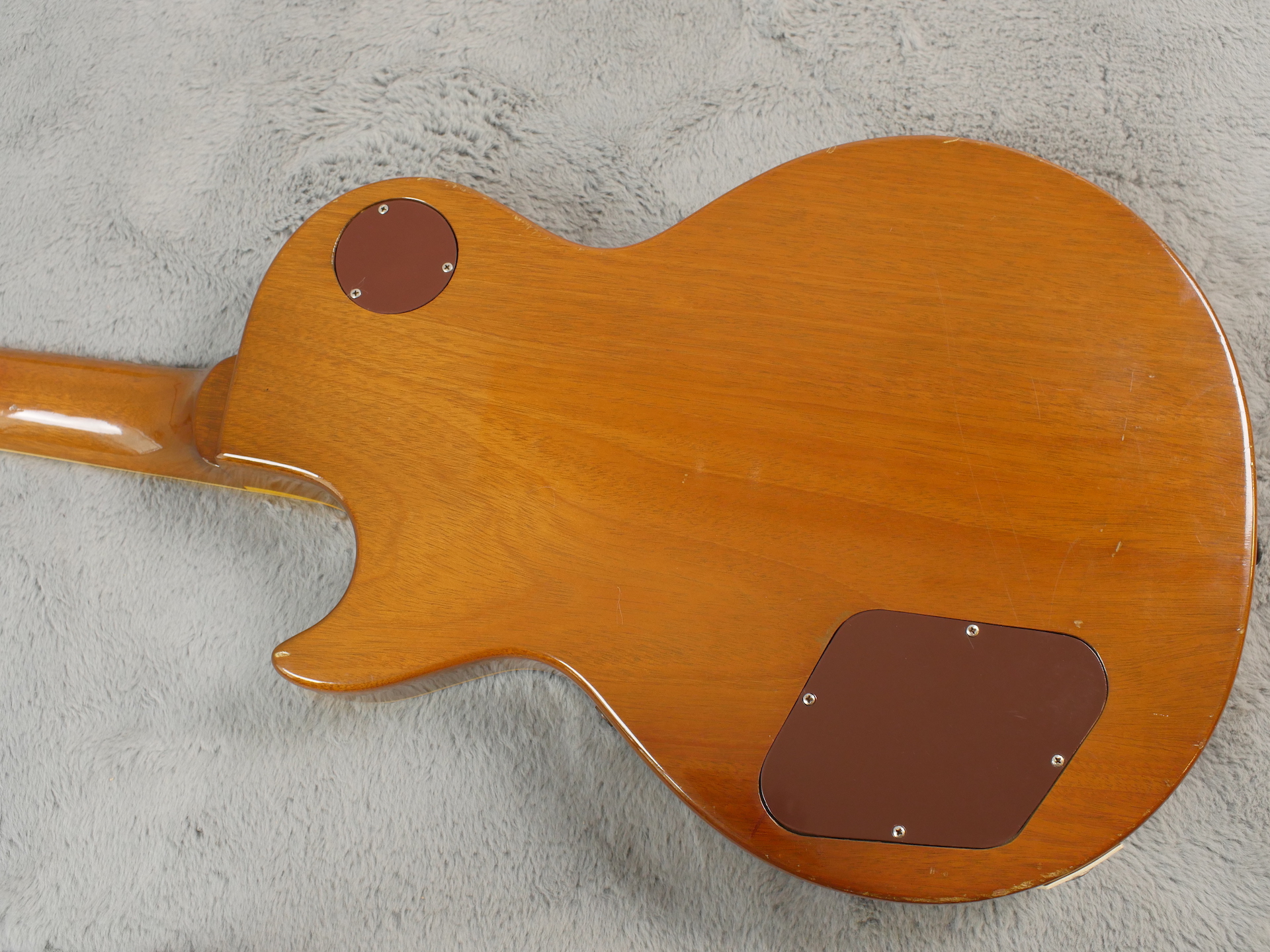 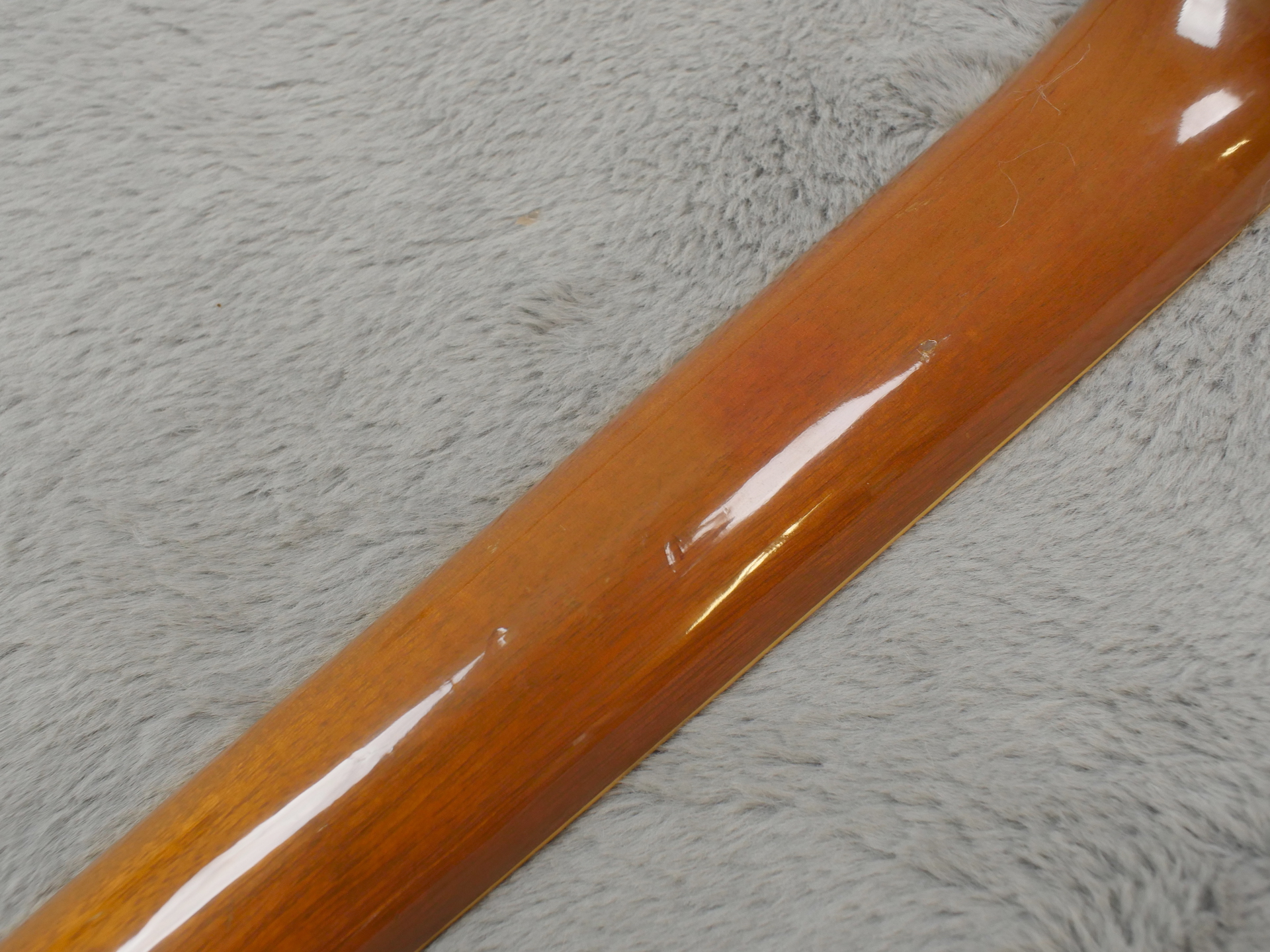 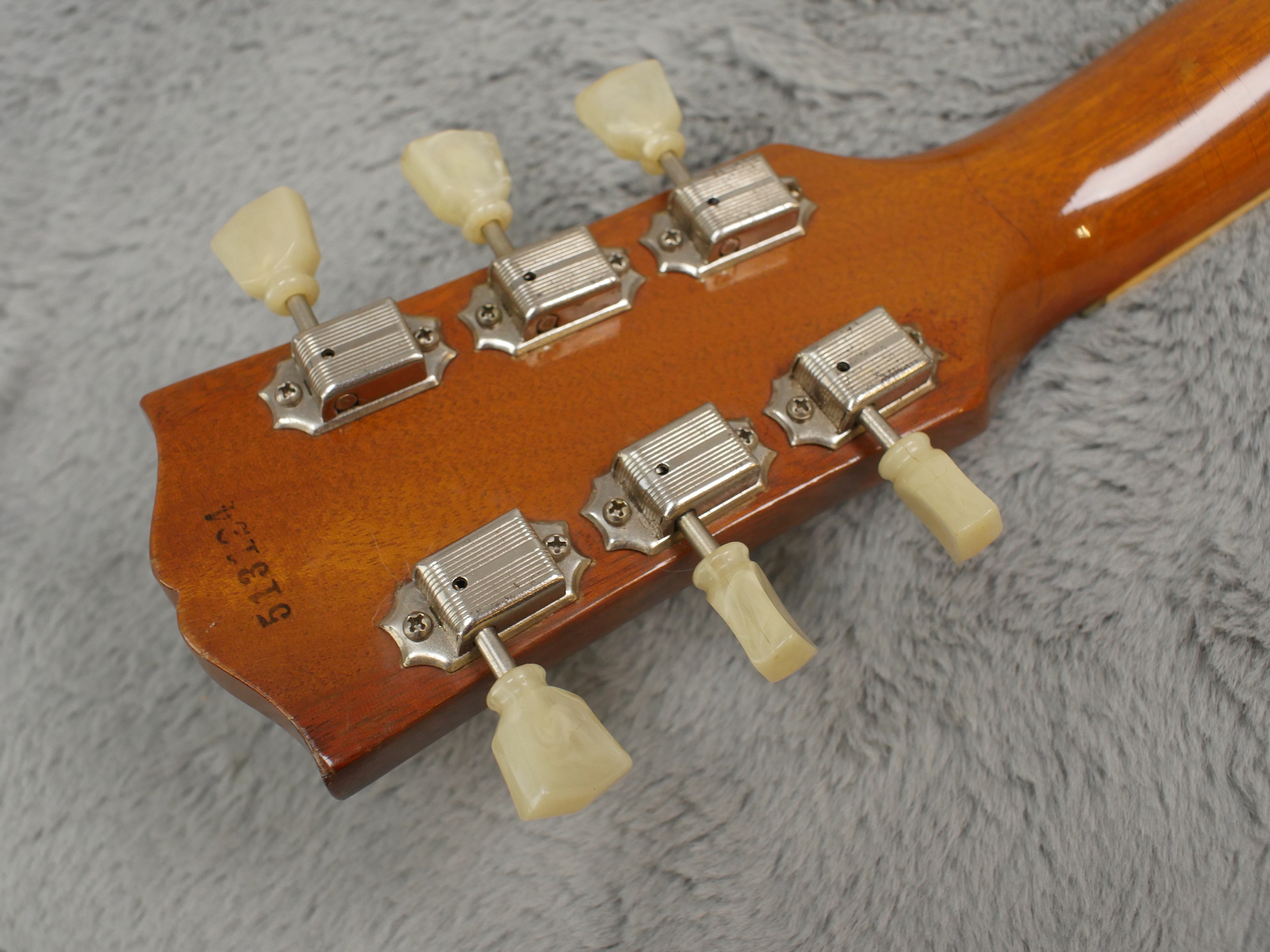 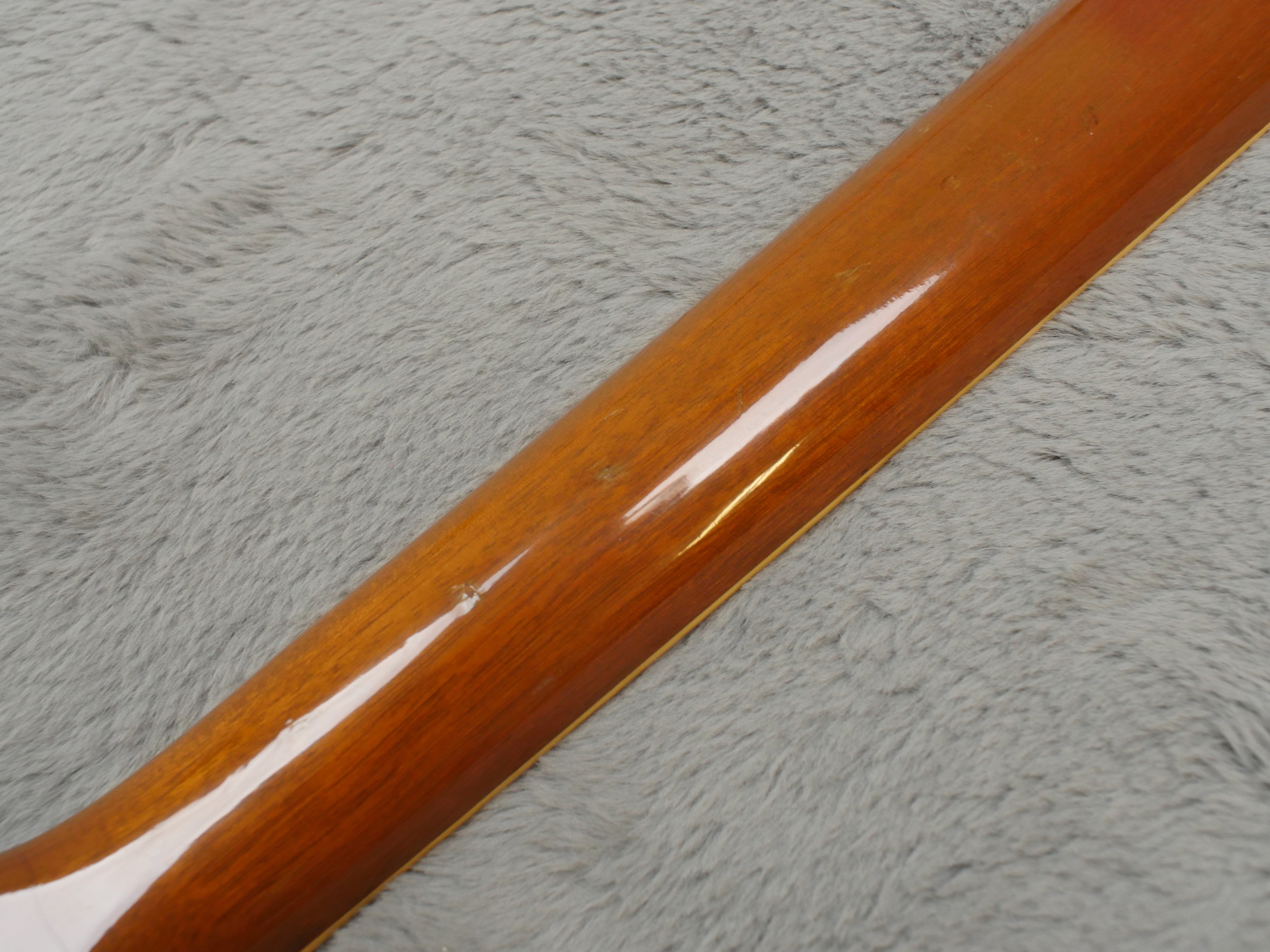 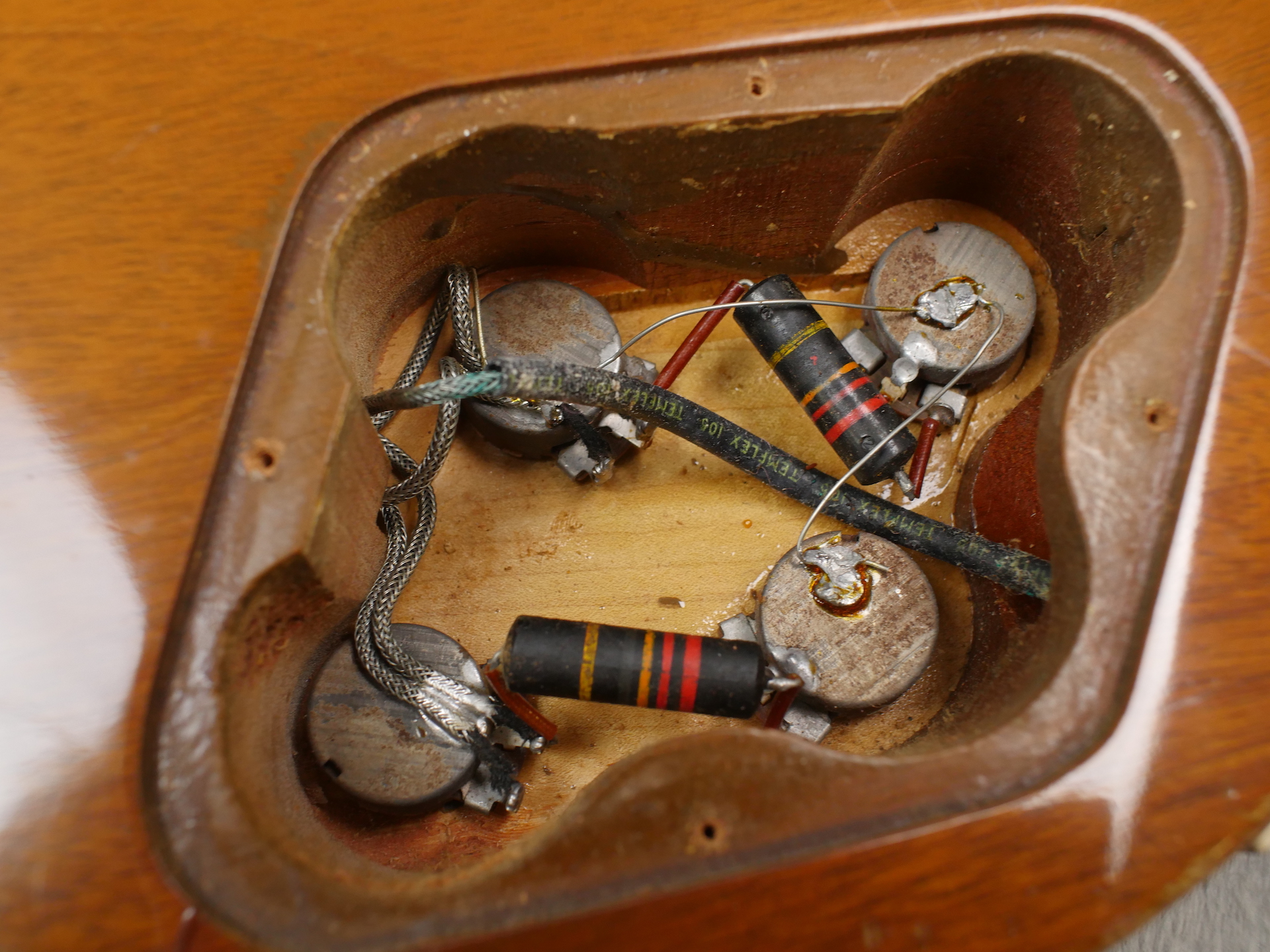