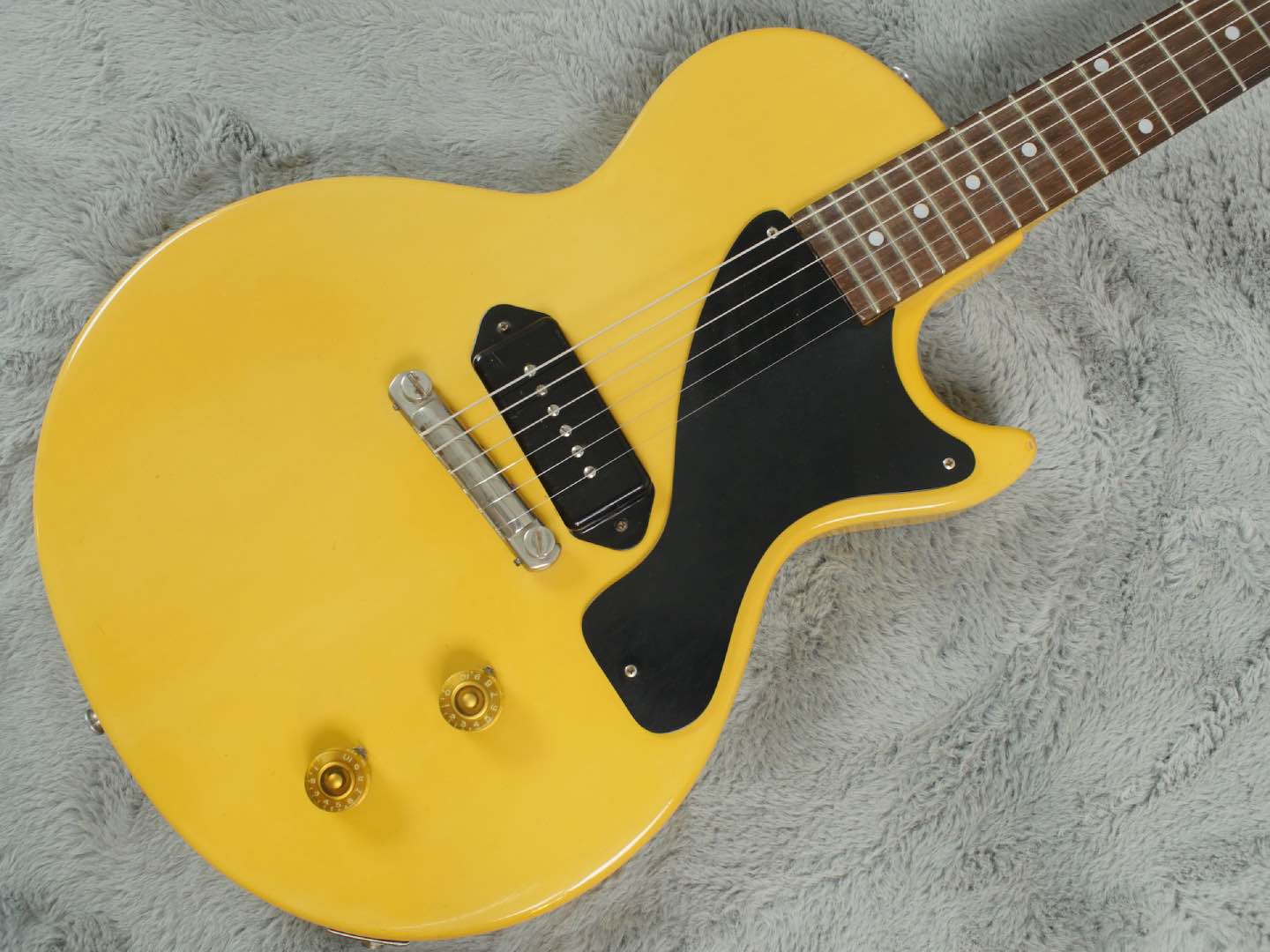 I bet you do not have one of these in your collection - A super rare, first production, maple body Les Paul TV Junior from 1955 and in almost time warp condition too...

For all your Les Paul Junior aficionados out there, this is the rarest production Junior out there…

When the Les Paul TV Junior was first introduced in 1954 you could only get it as a 3/4 size guitar, these all had maple, usually two piece bodies. It was not until next year, 1955 you could get yourselves a full size TV Junior and for a short period, the very full size first TV Juniors had, like its smaller brother in 1954, a 2 piece maple body and this, is one of them. Not only that, it is in pretty much MINT condition!

100% original and near time warp condition this is a real collectable piece that does not surface that often. As it is a maple body, it is finished just like the later 50’s TV Juniors in a yellow stain rather than the usual limed mahogany finish which is more in keeping with the TV hue everyone loves. Other, early features include a different neck joint with slightly extended neck area and slightly different pickup position compared to later ones.

There is zero fret wear and zero fingerboard wear in fact it looks like it has hardly been touched during its entire 64 year lifespan so if ‘under the bed’ is the category you are looking for then this will very neatly fit in to your collection.

Condition wise there is some minor checking in places and a few, very small and minor dings in a few places - have a good look at the photos and see for yourselves. Amazingly there are no cracks between the bridge posts and the pickup route, probably due to the slightly increased distance on this early one. Included is the original soft shell case which is getting progressively more difficult to find as they all seem have disintegrated by now, it even has an intact handle which again, is pretty rare.

Guitar plays actually really well without any problems, there is a bit of lean on the bridge which is not un common, but the intonation as it is, is excellent and the studs are not all the way down. It should pose no real problems playing unless you like super low action settings. Sound from the single, hot vintage P-90 is explosive and powerful which anyone who plays these guitars knows, is the true essence of the vintage LP Junior.

I doubt if you will ever find a cleaner example of the very first TV Junior made anywhere in the world. If you have a museum, then this should belong in it and like most ultra clean pieces, it will undoubtably show some good appreciation in value and if you intend to play it, it will equally be appreciated too.. 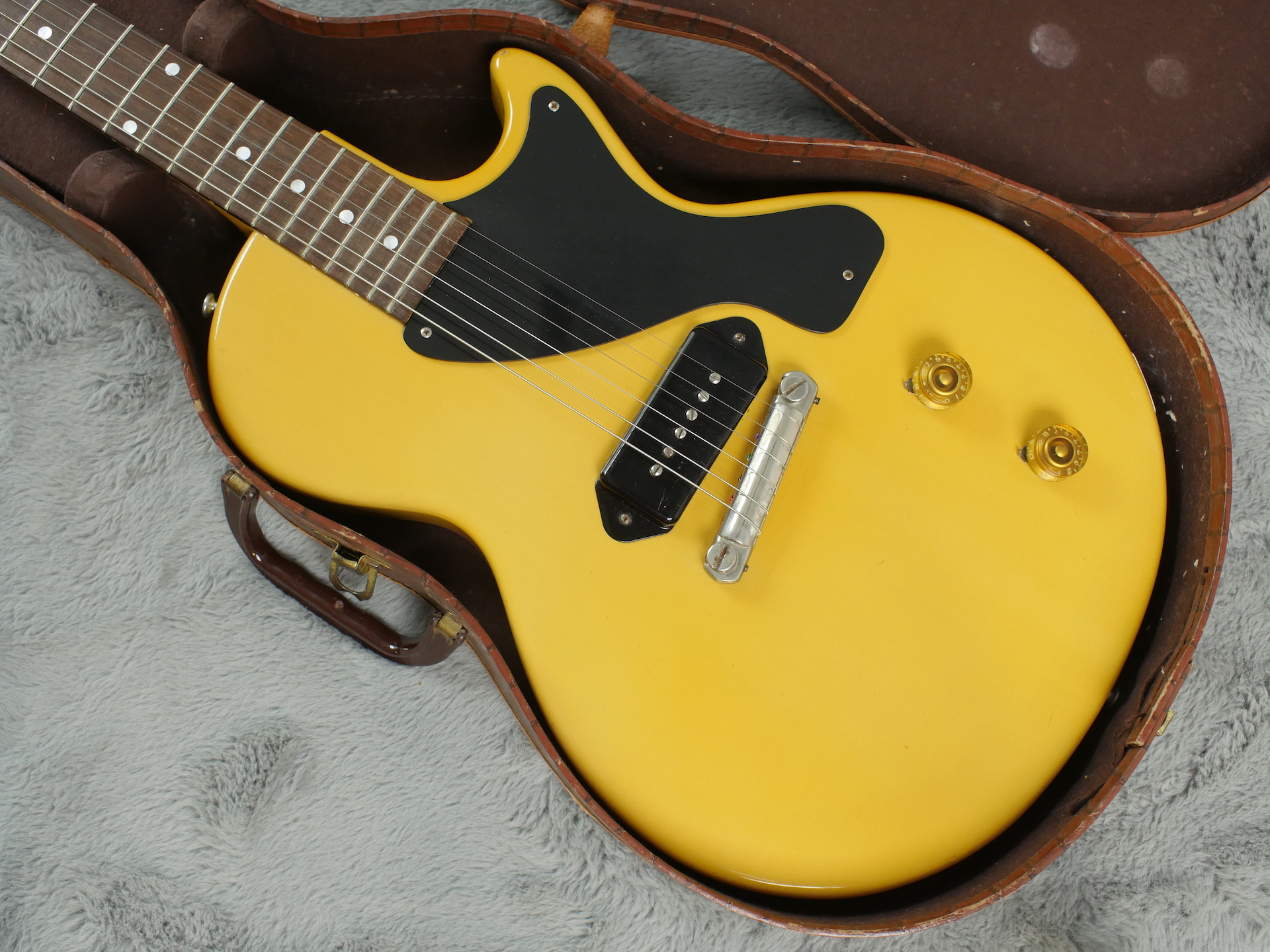 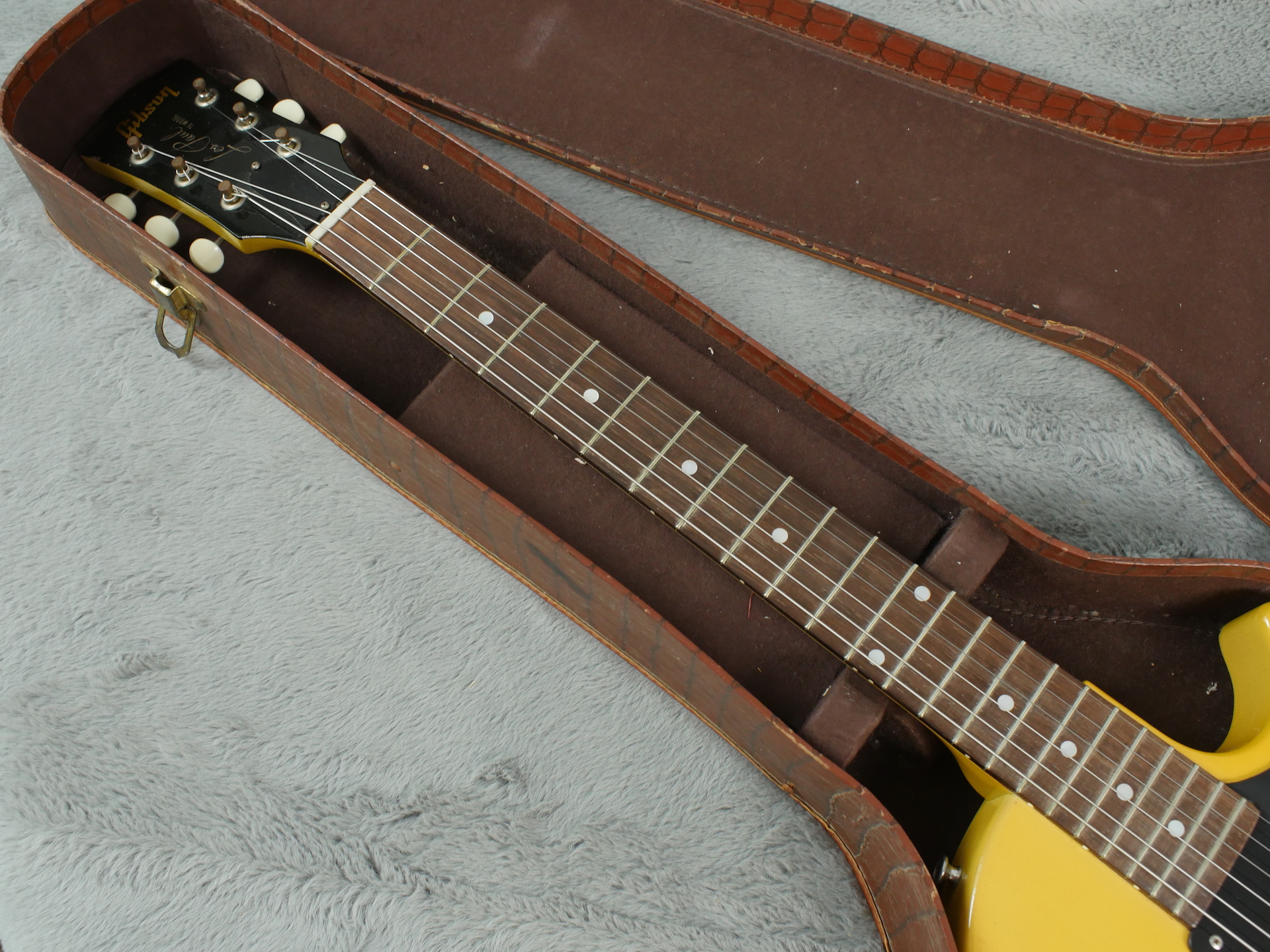 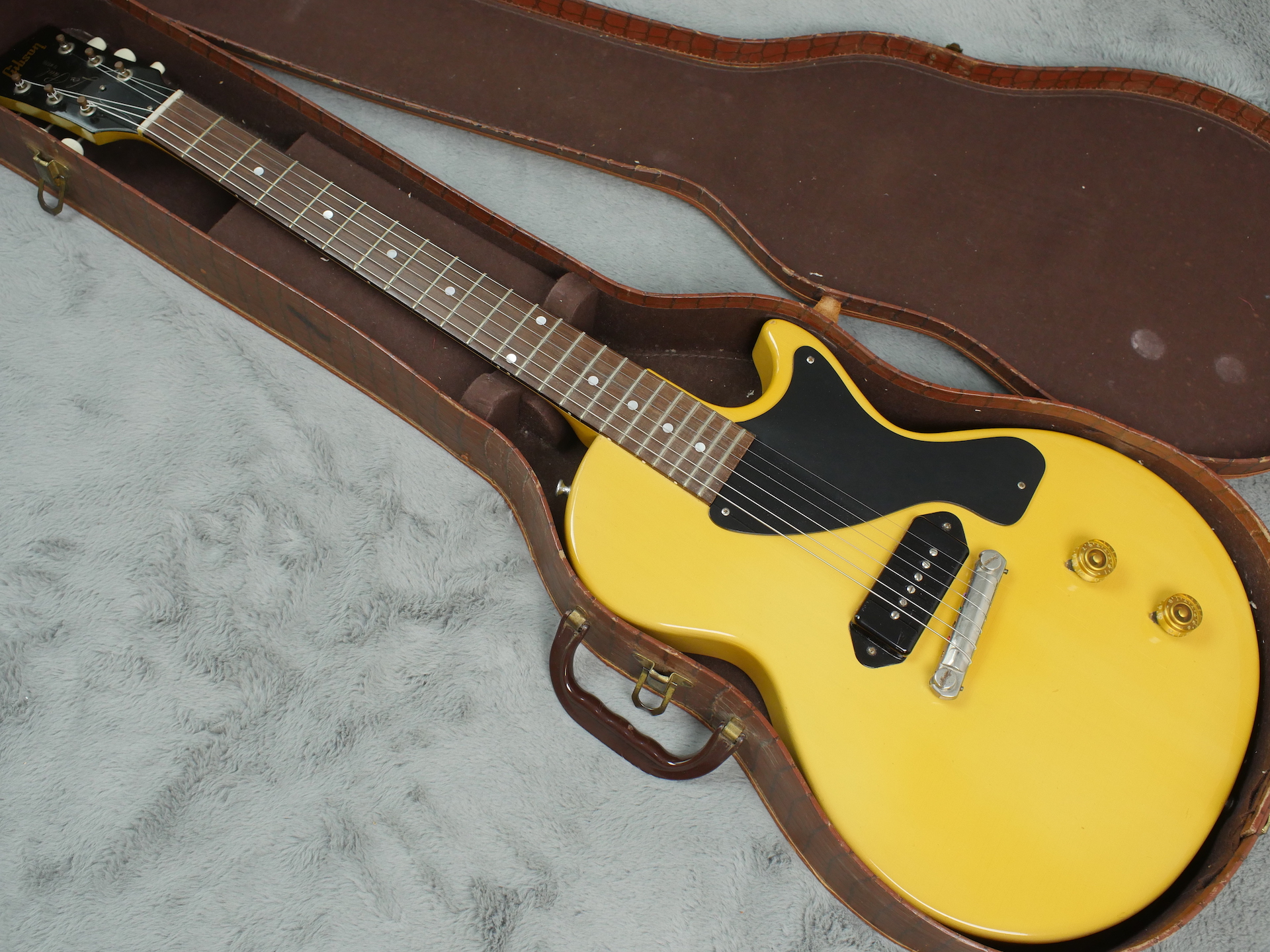 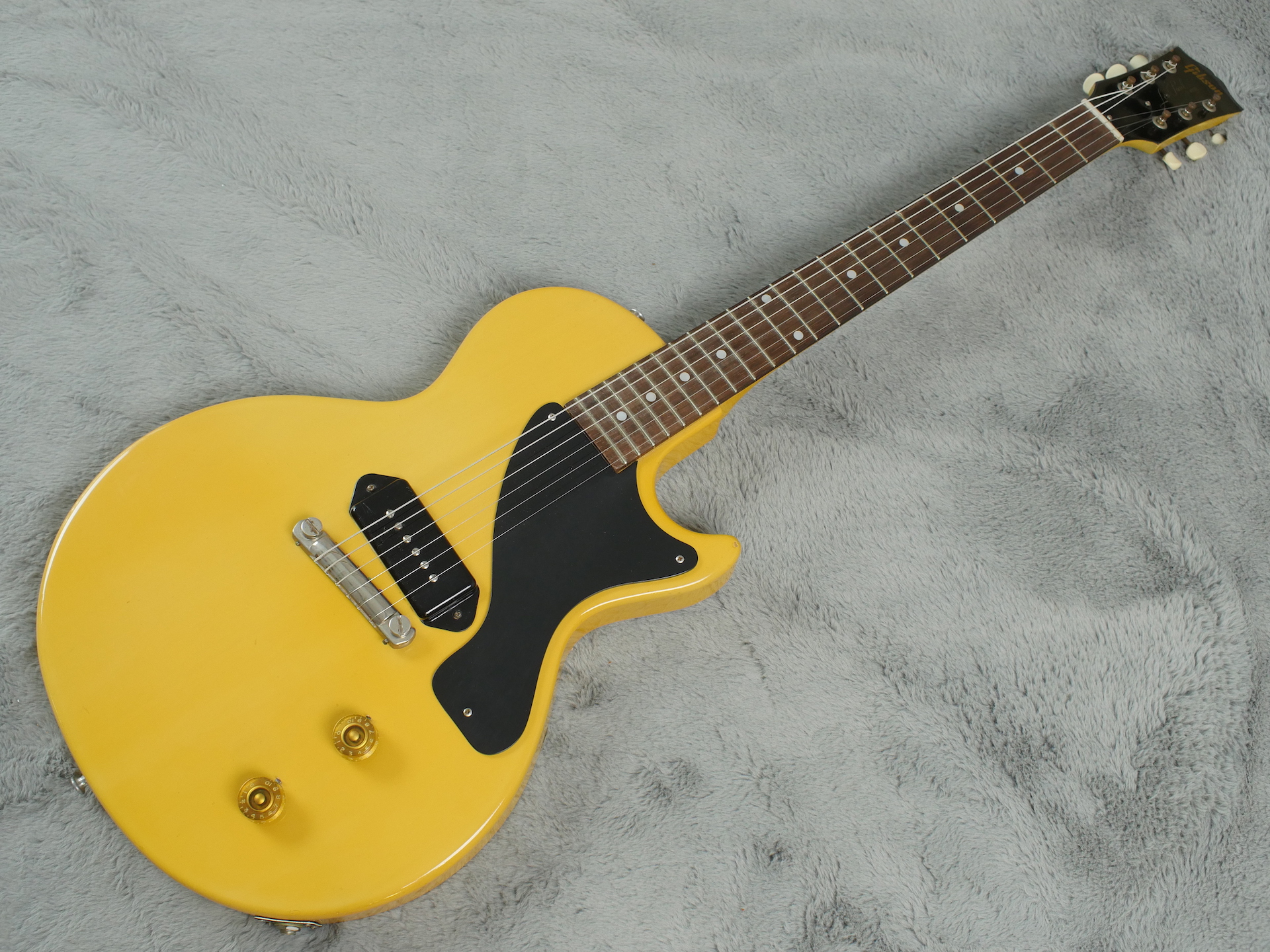 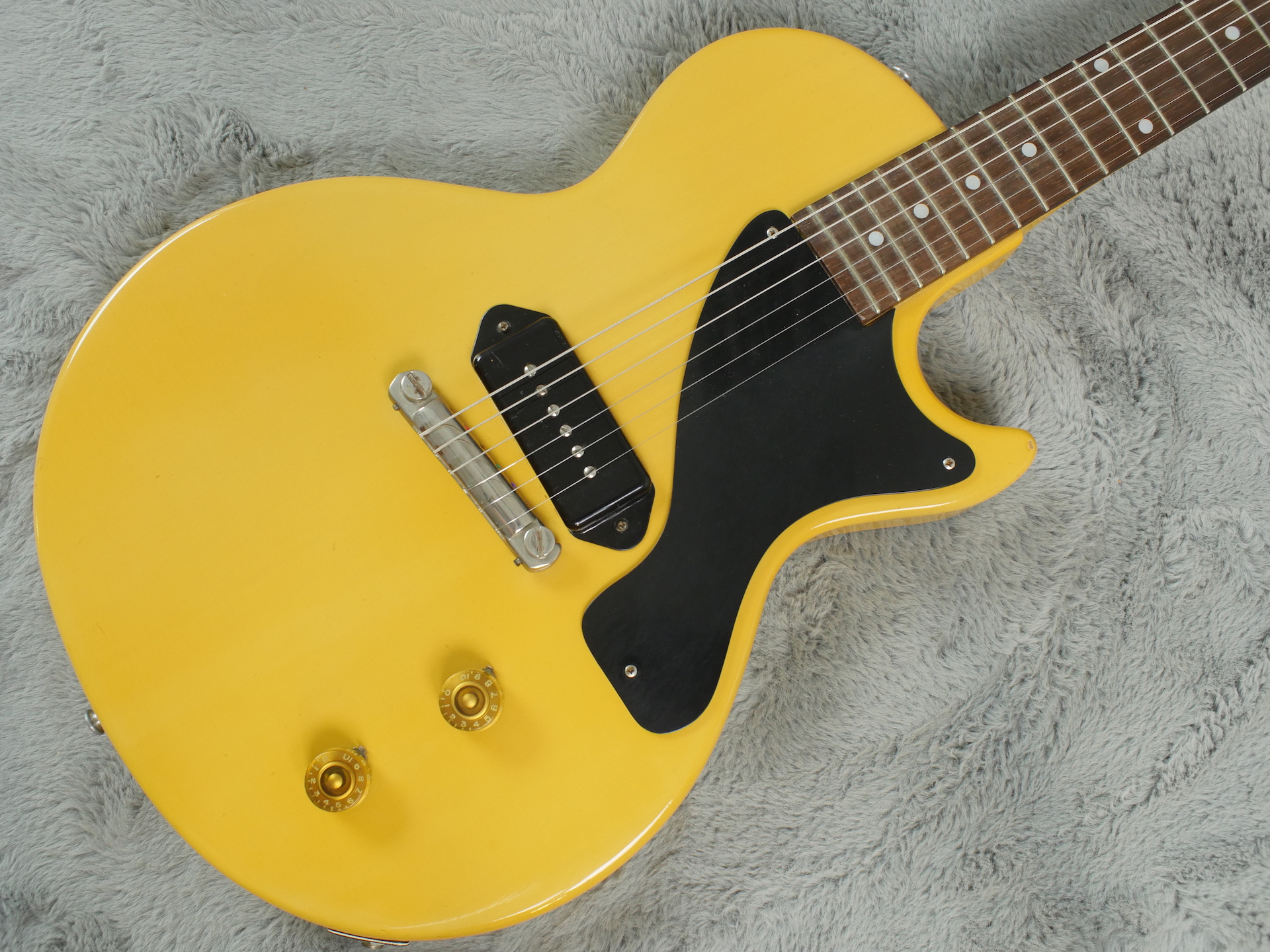 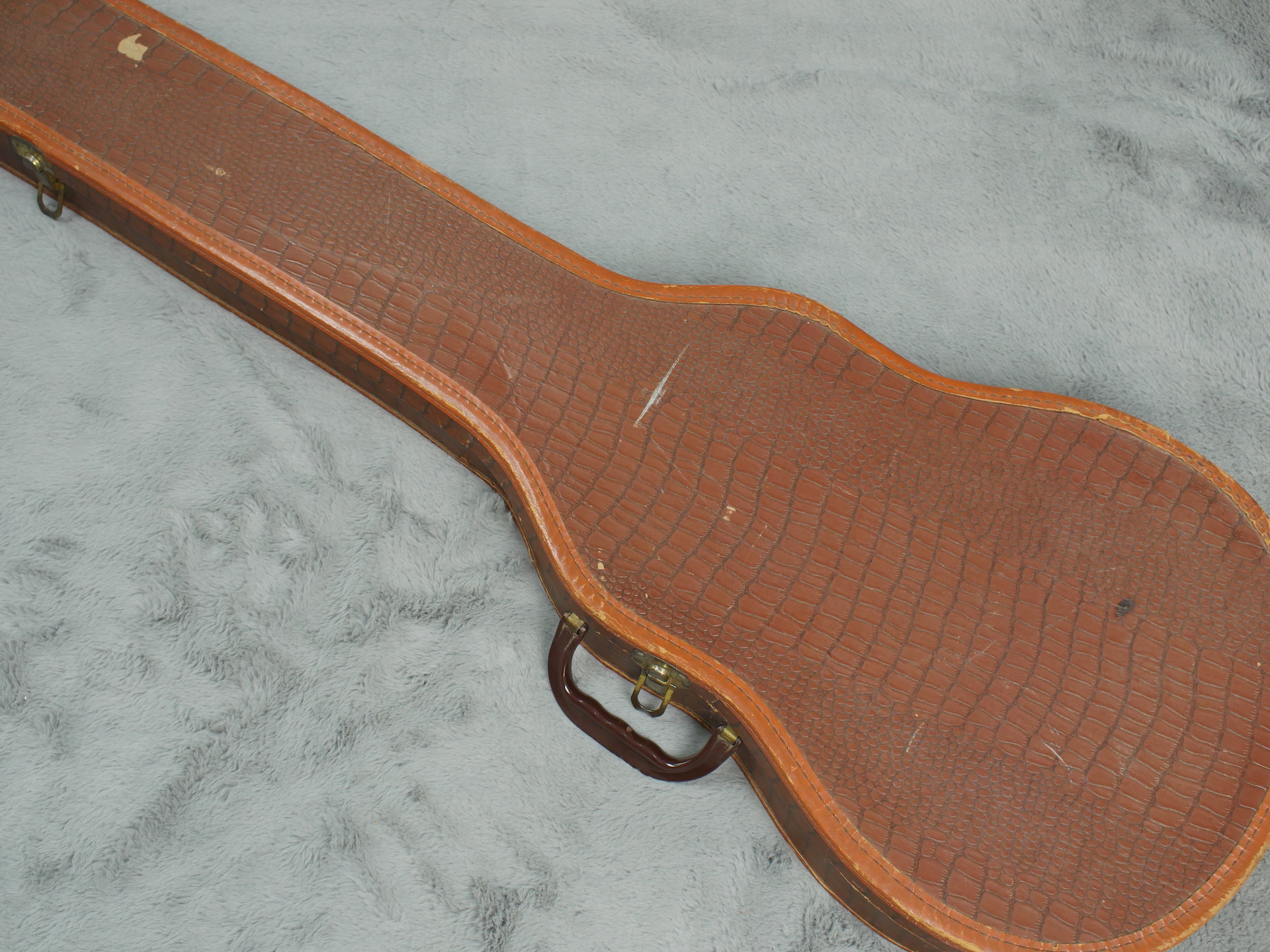 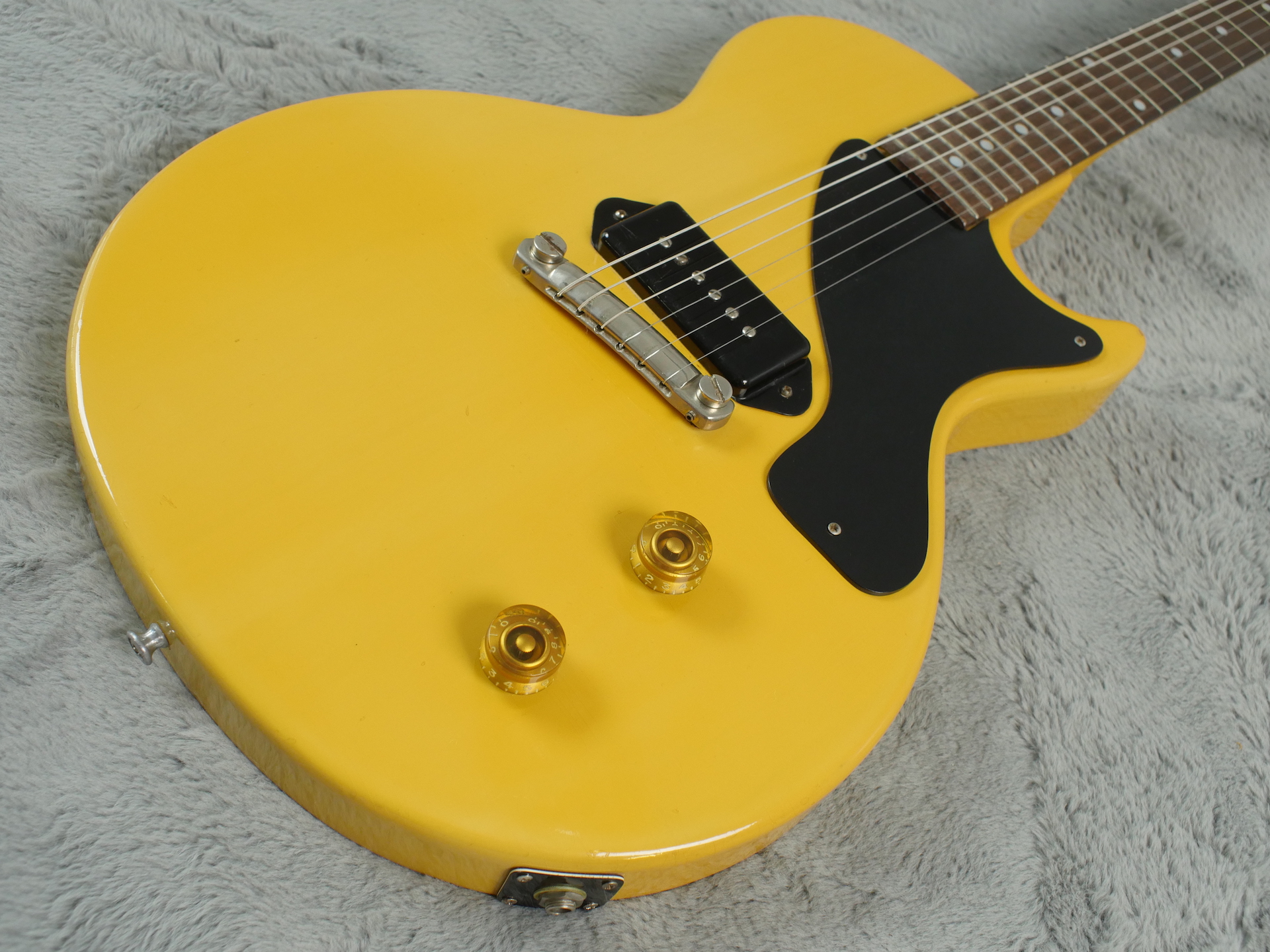 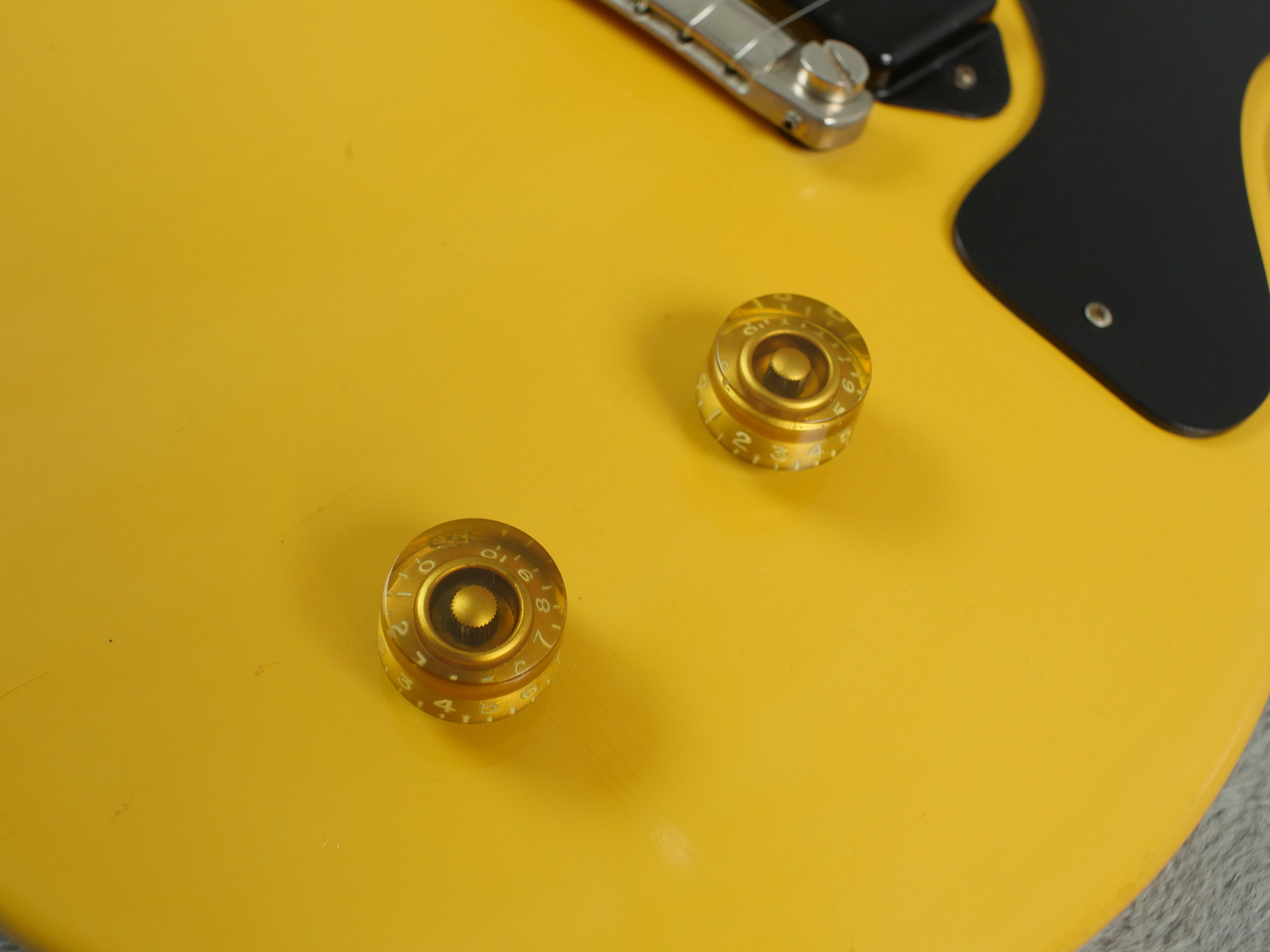 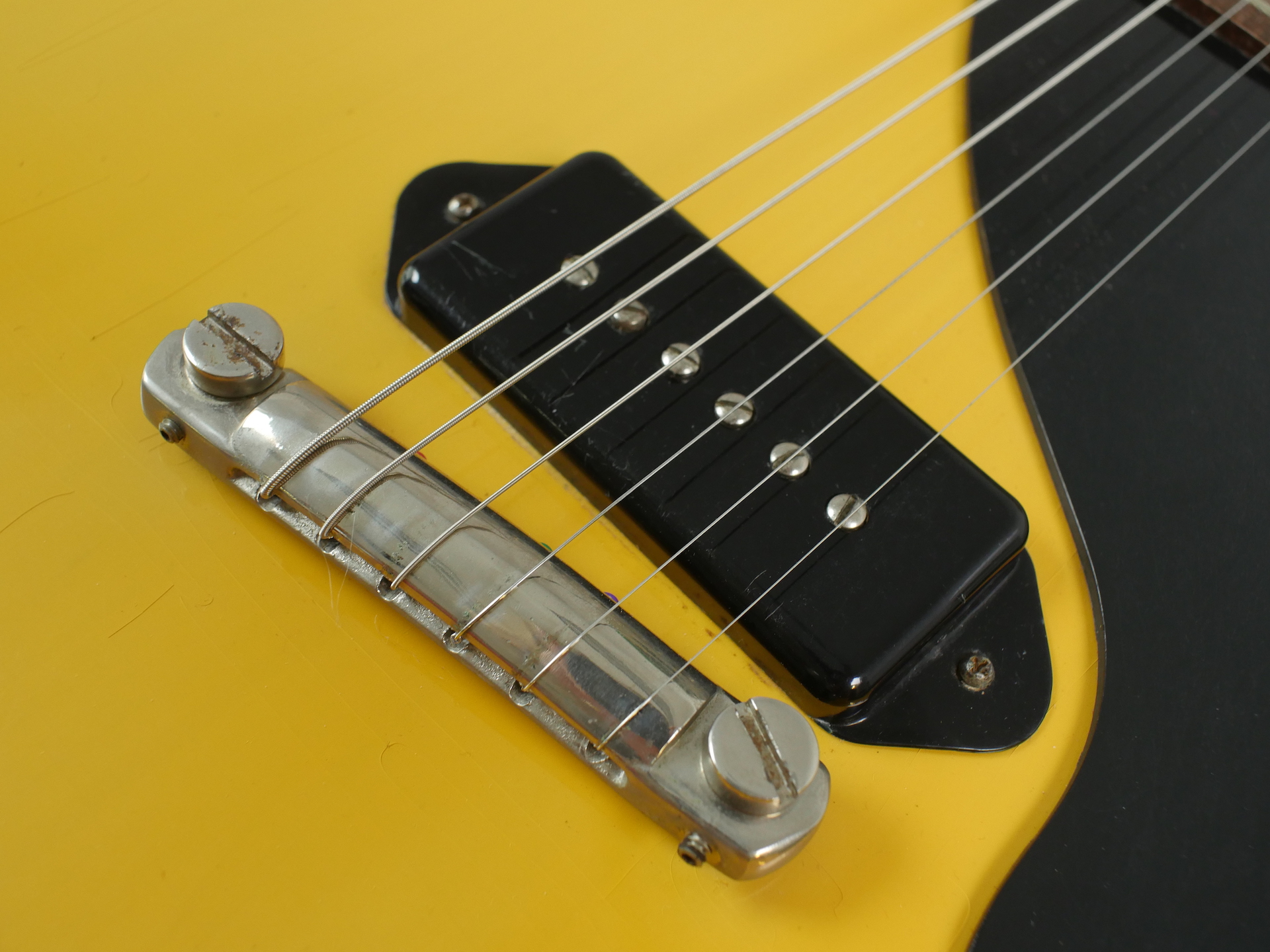 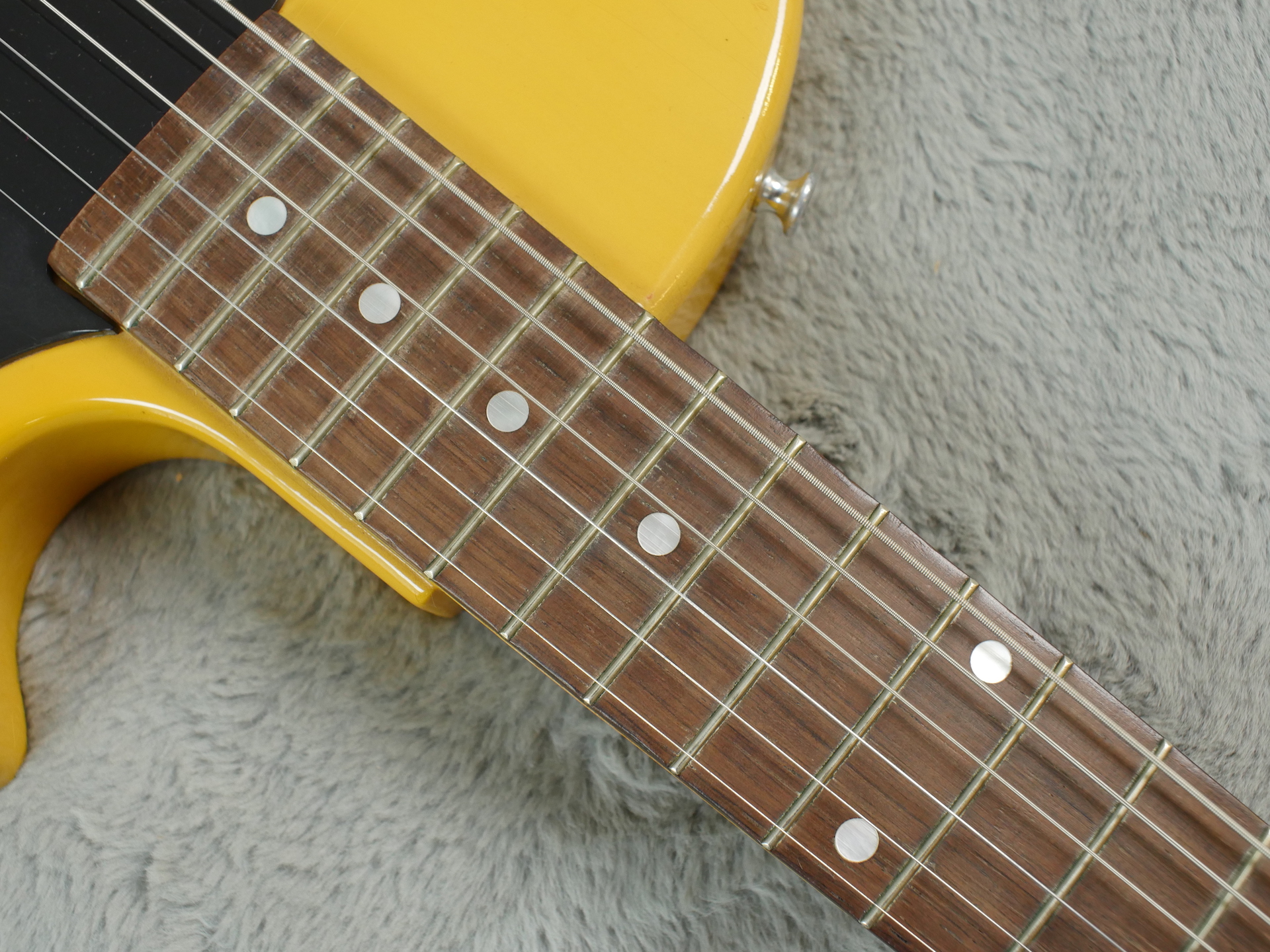 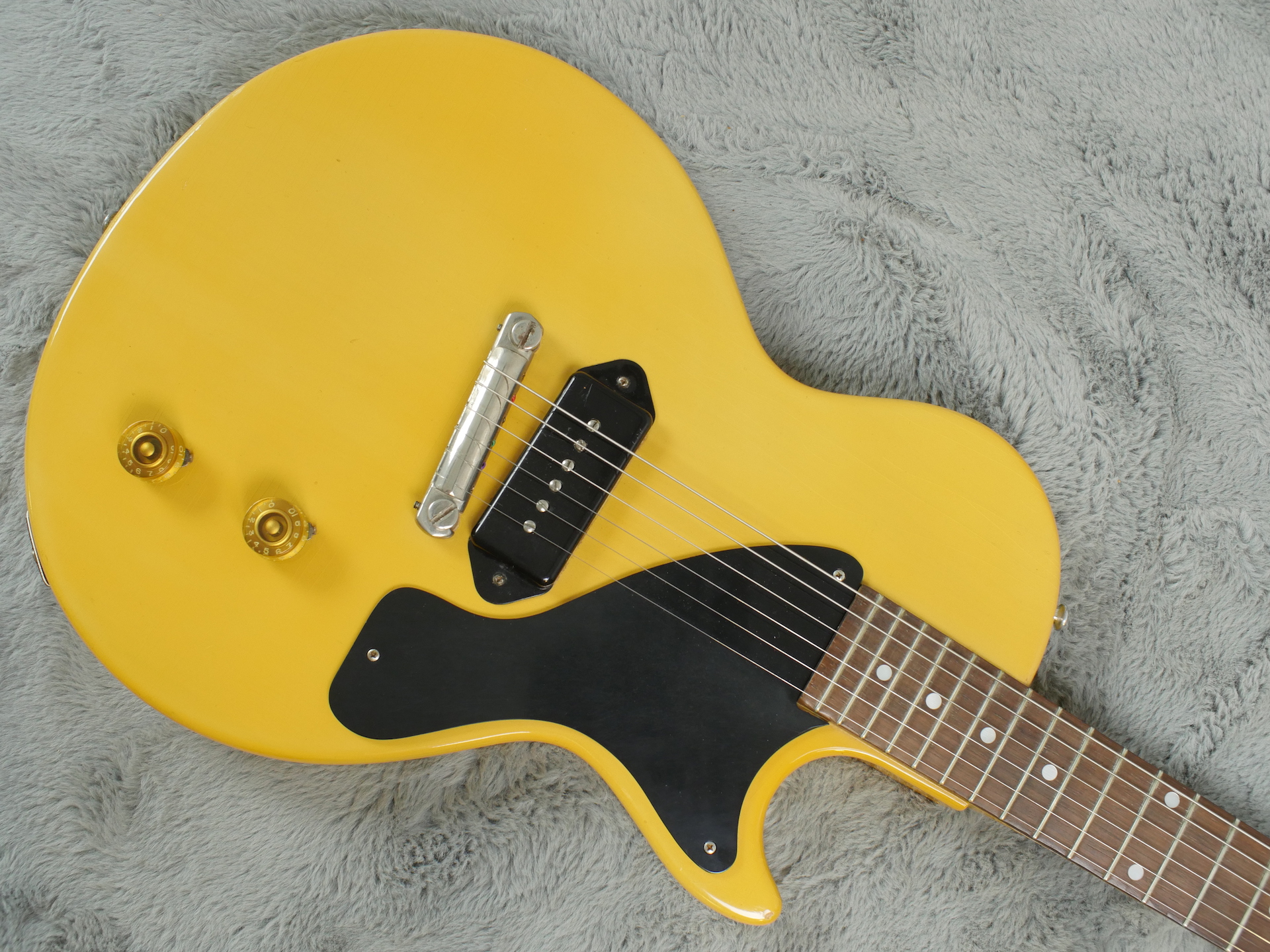 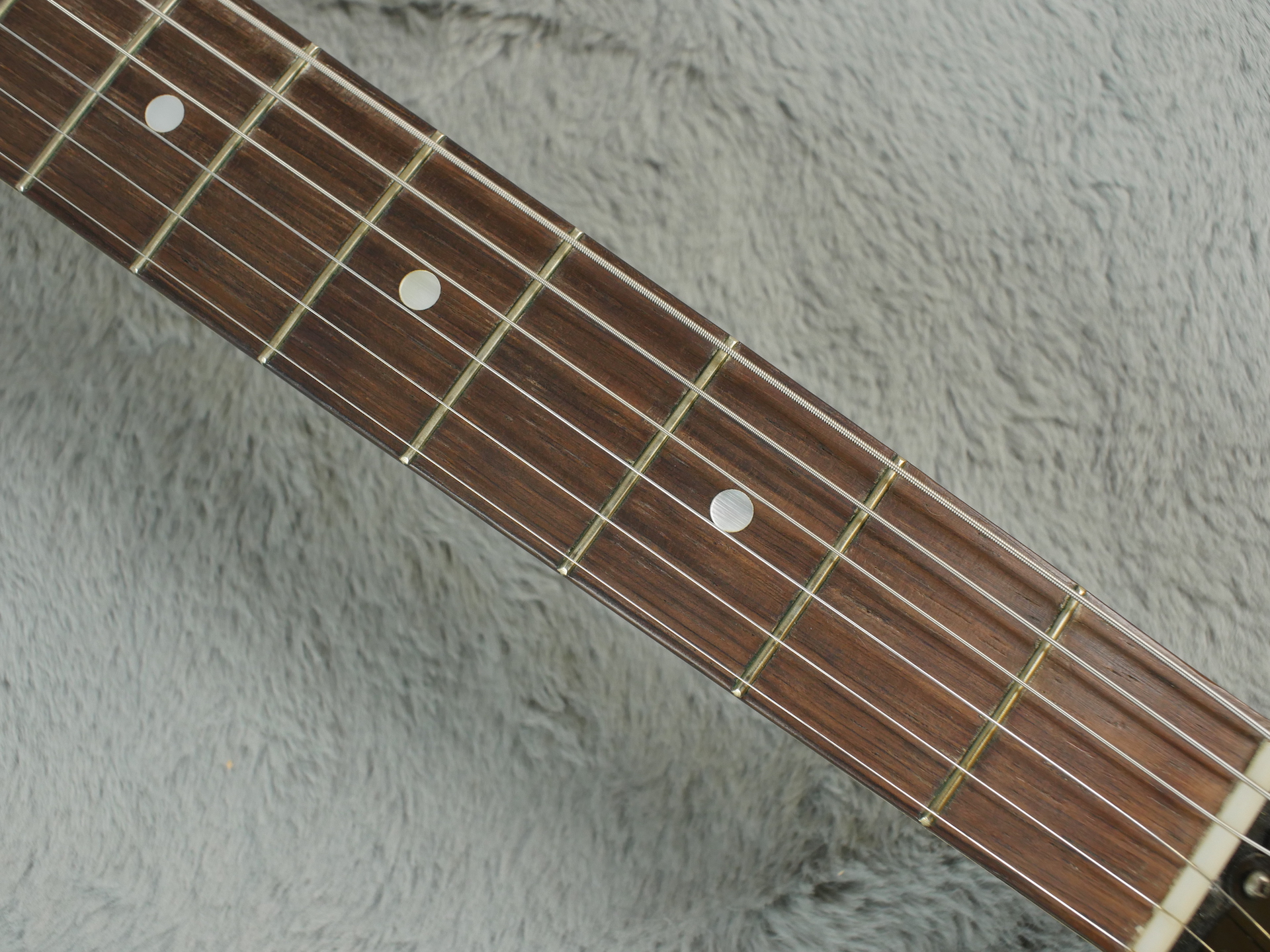 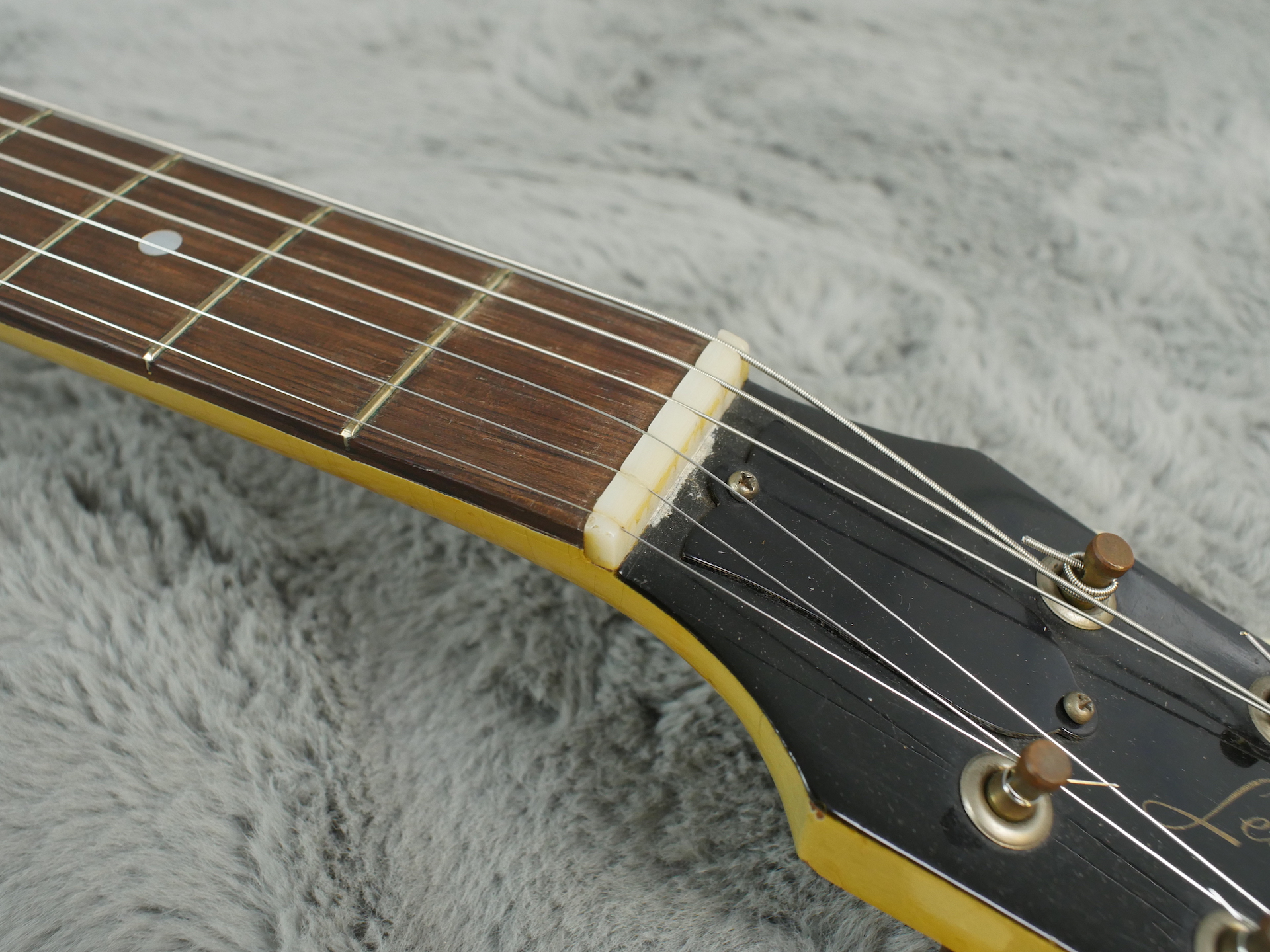 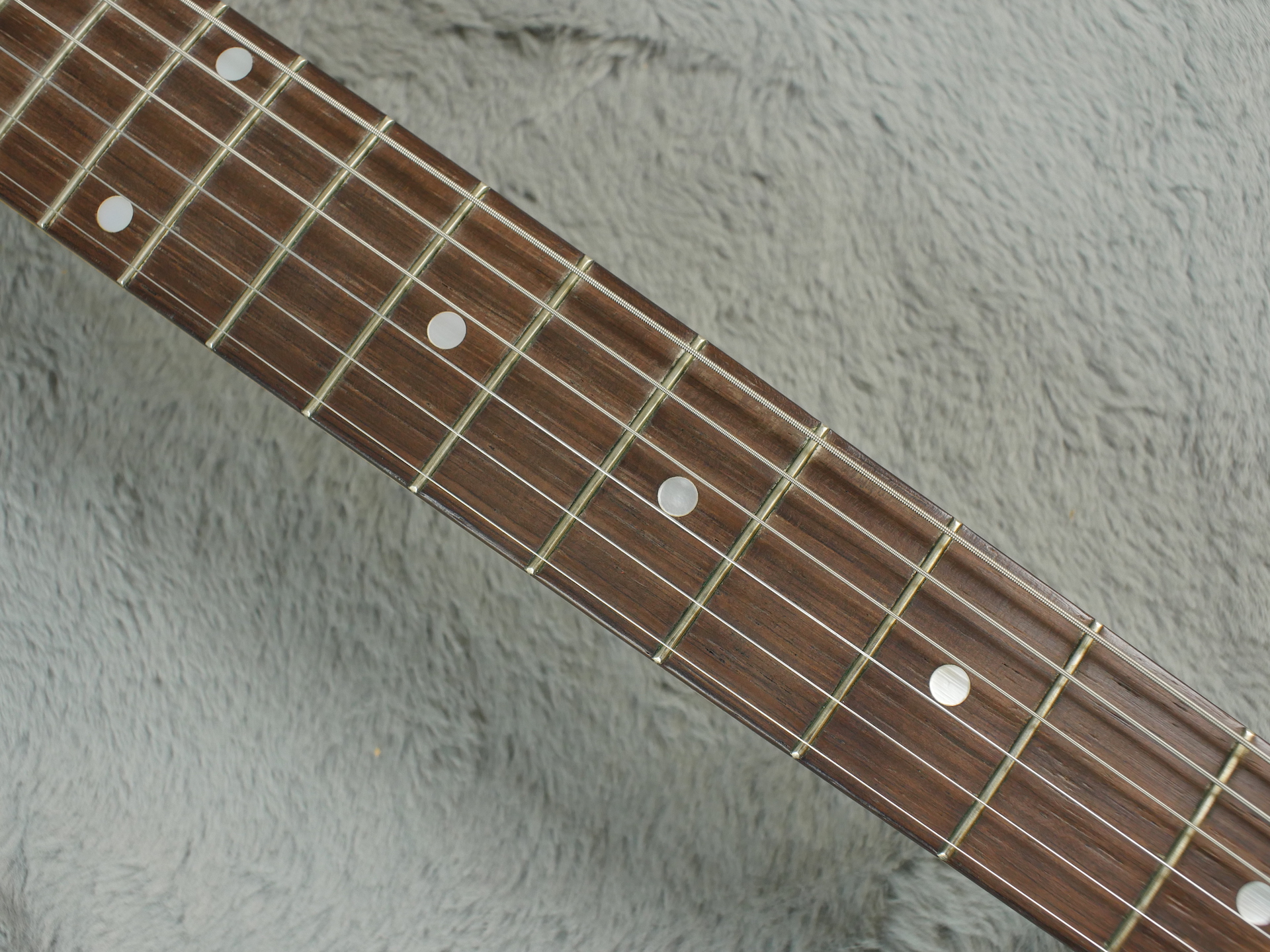 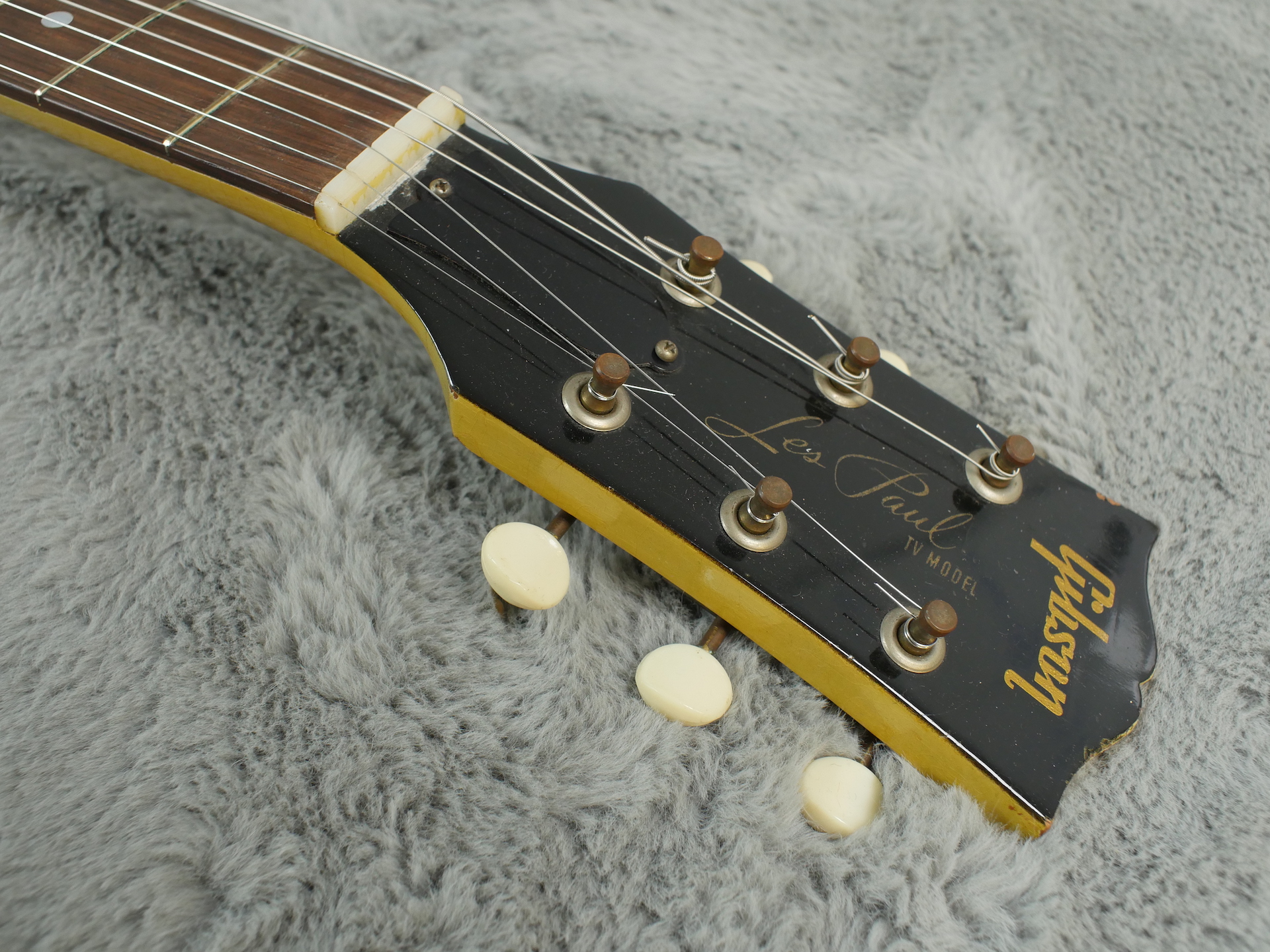 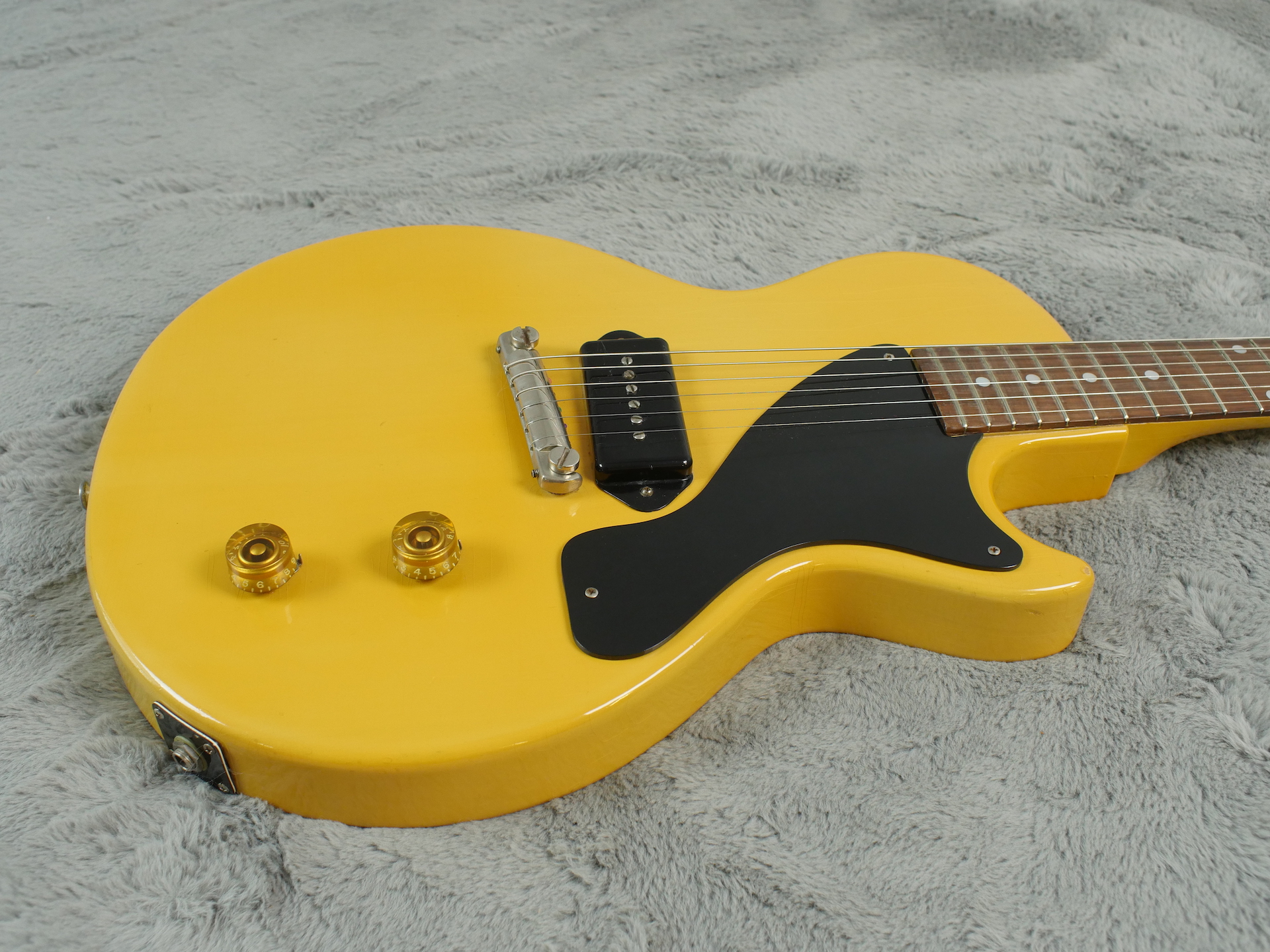 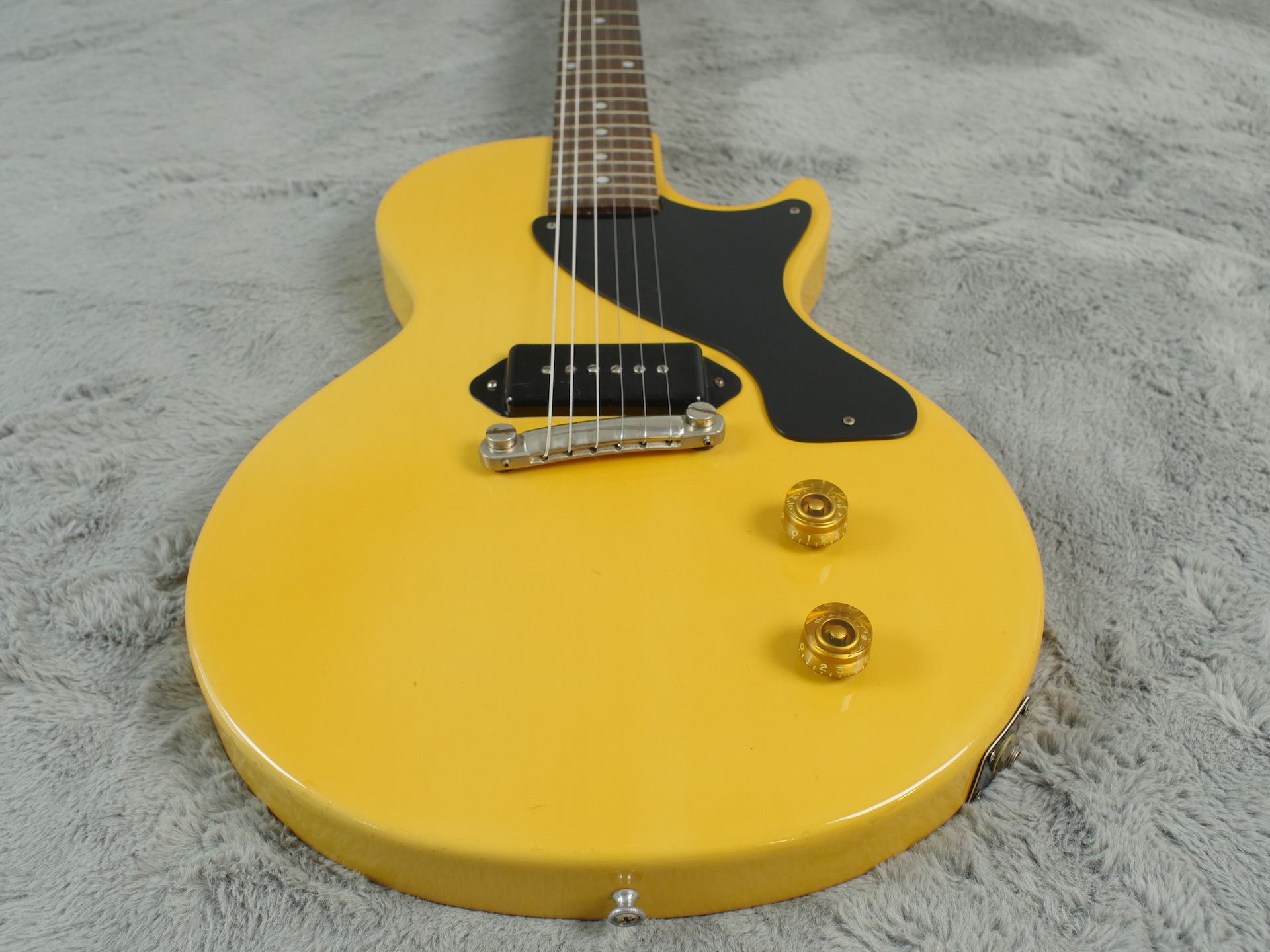 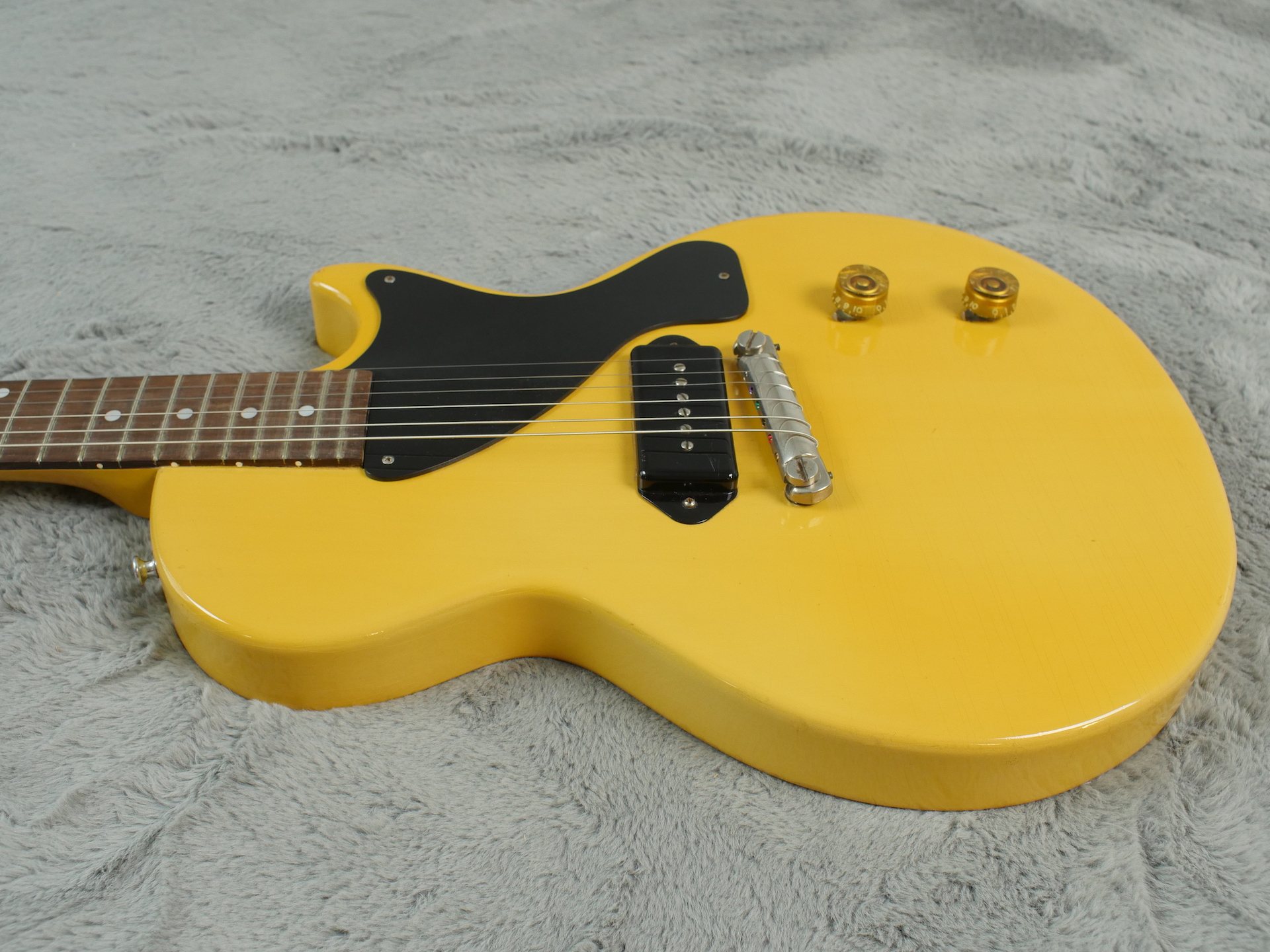 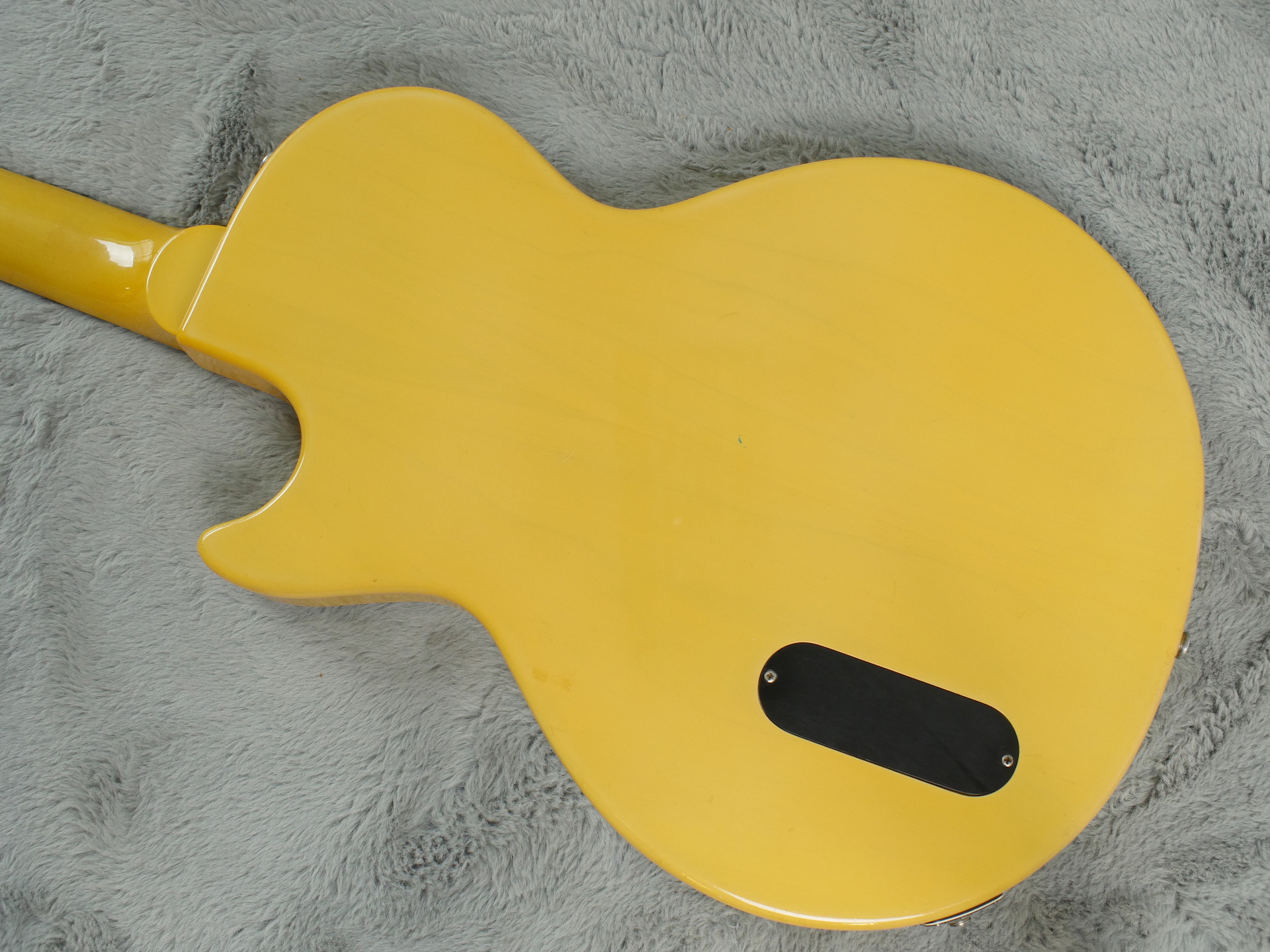 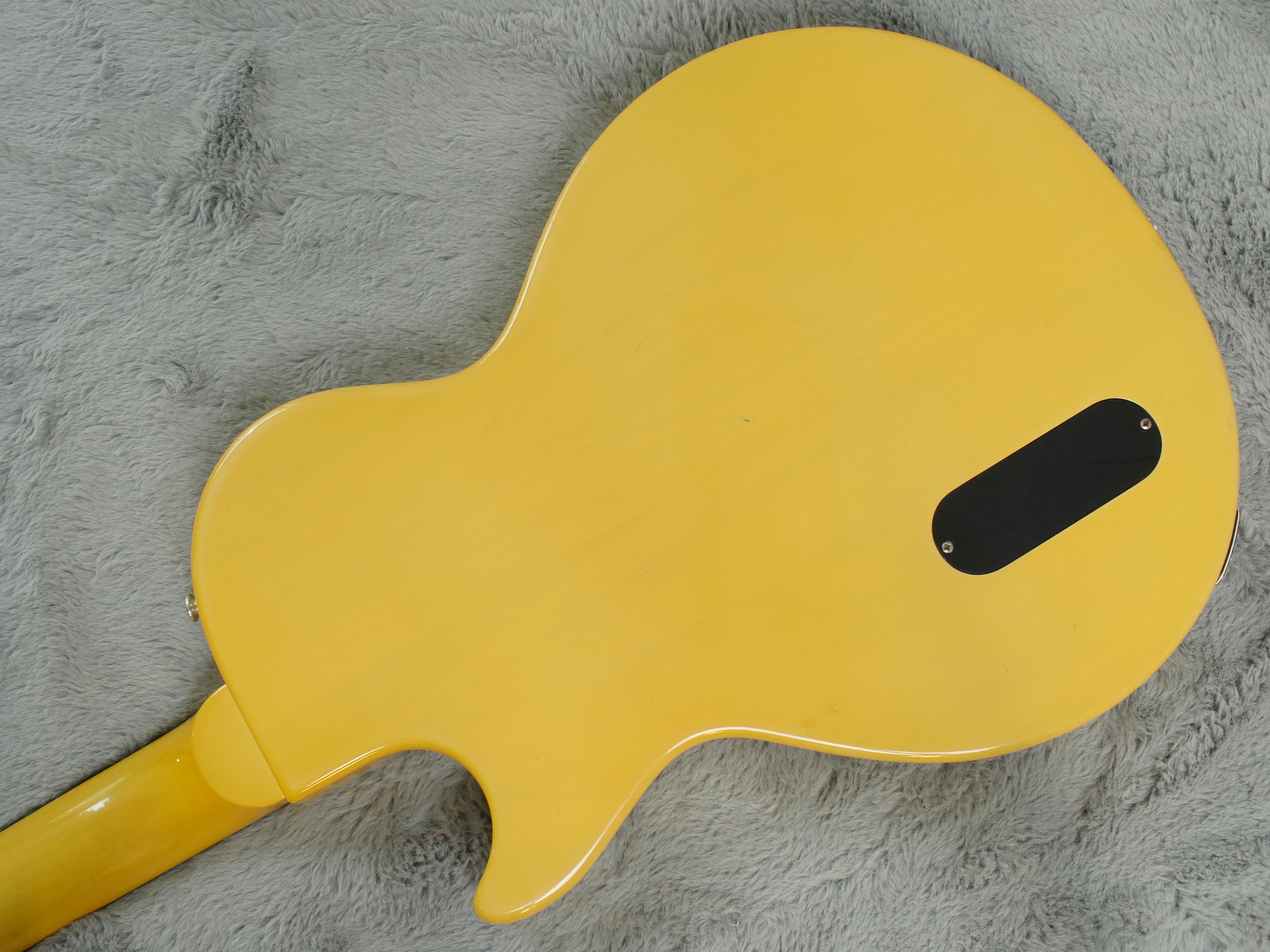 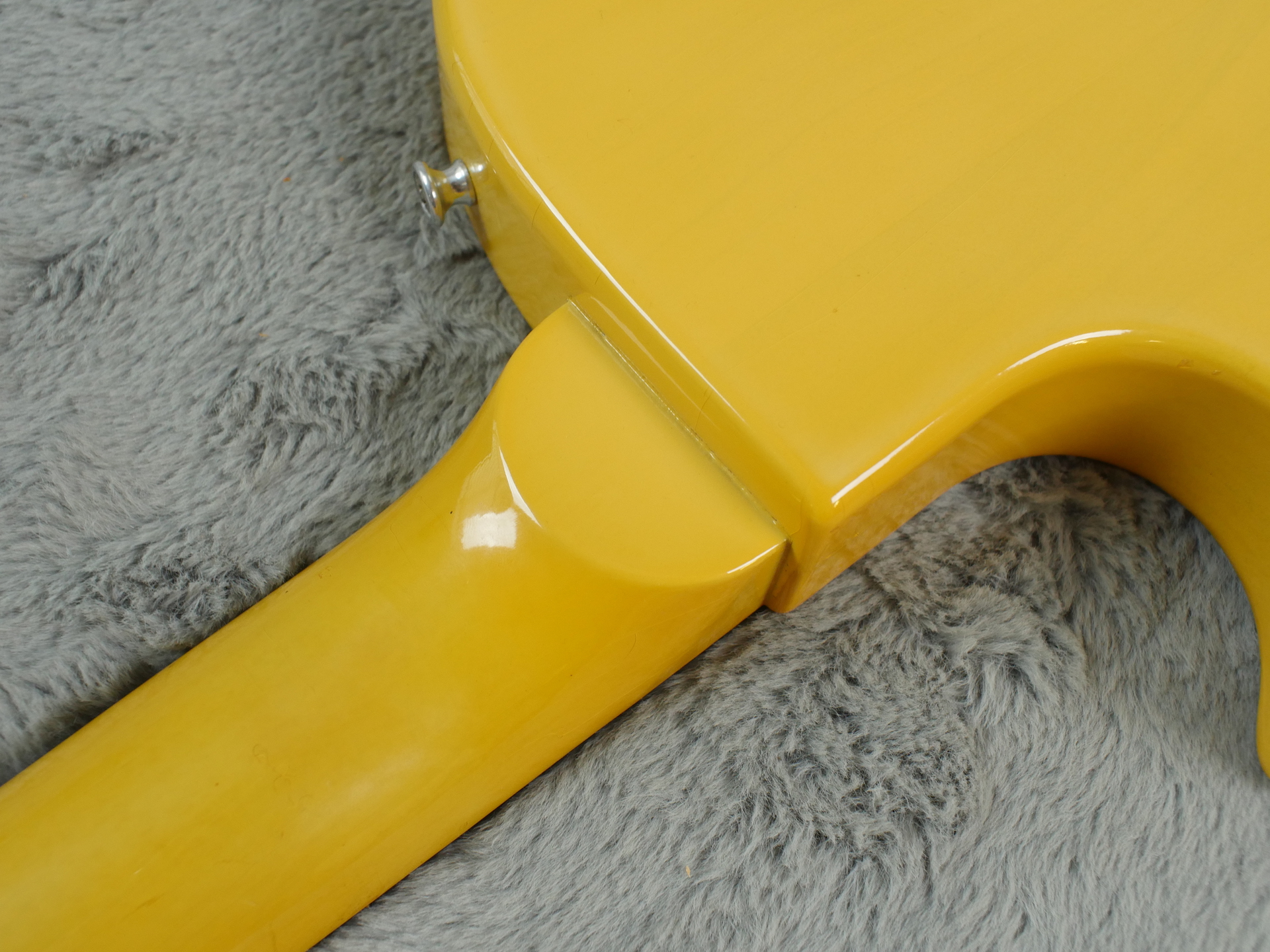 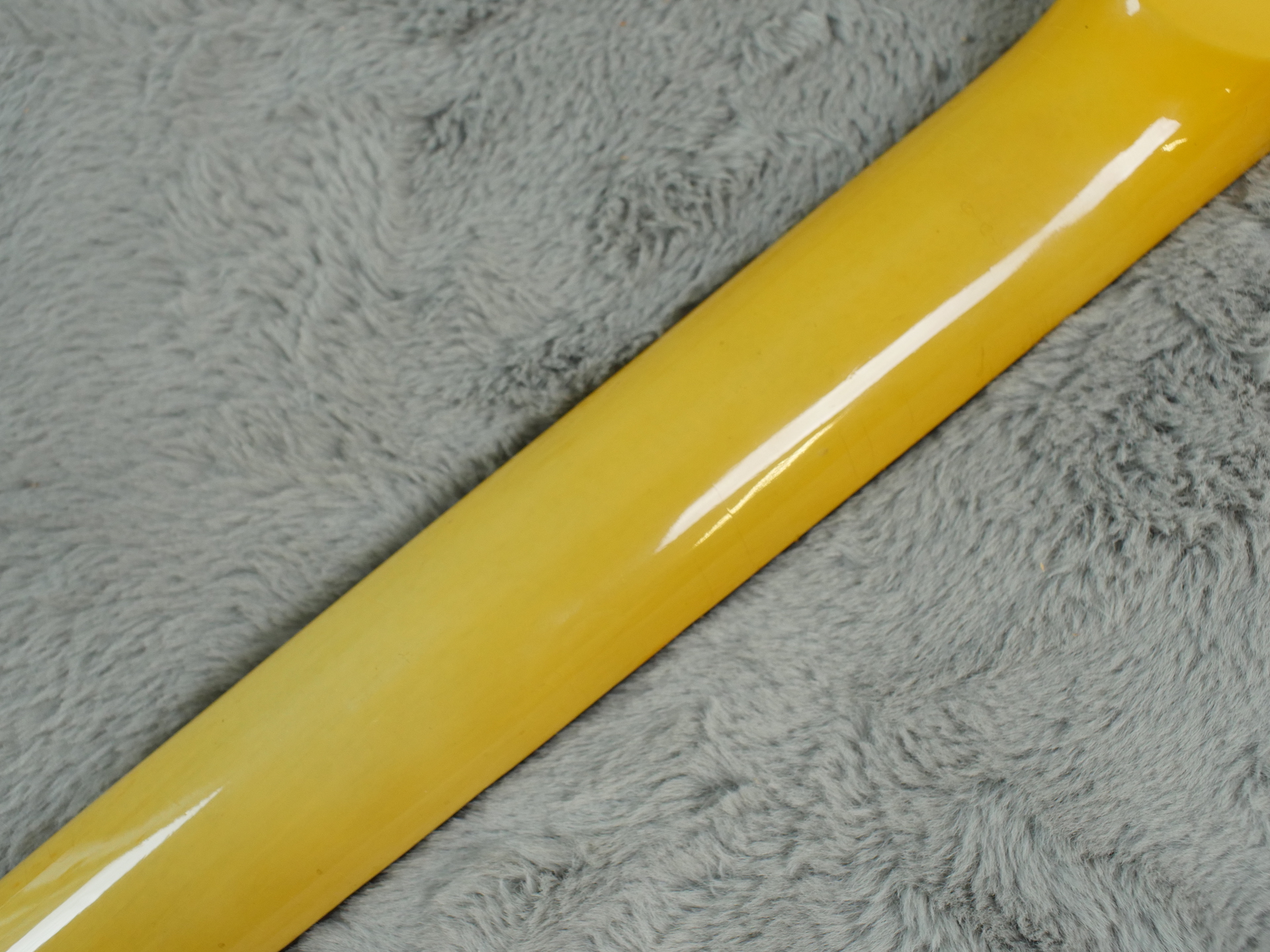 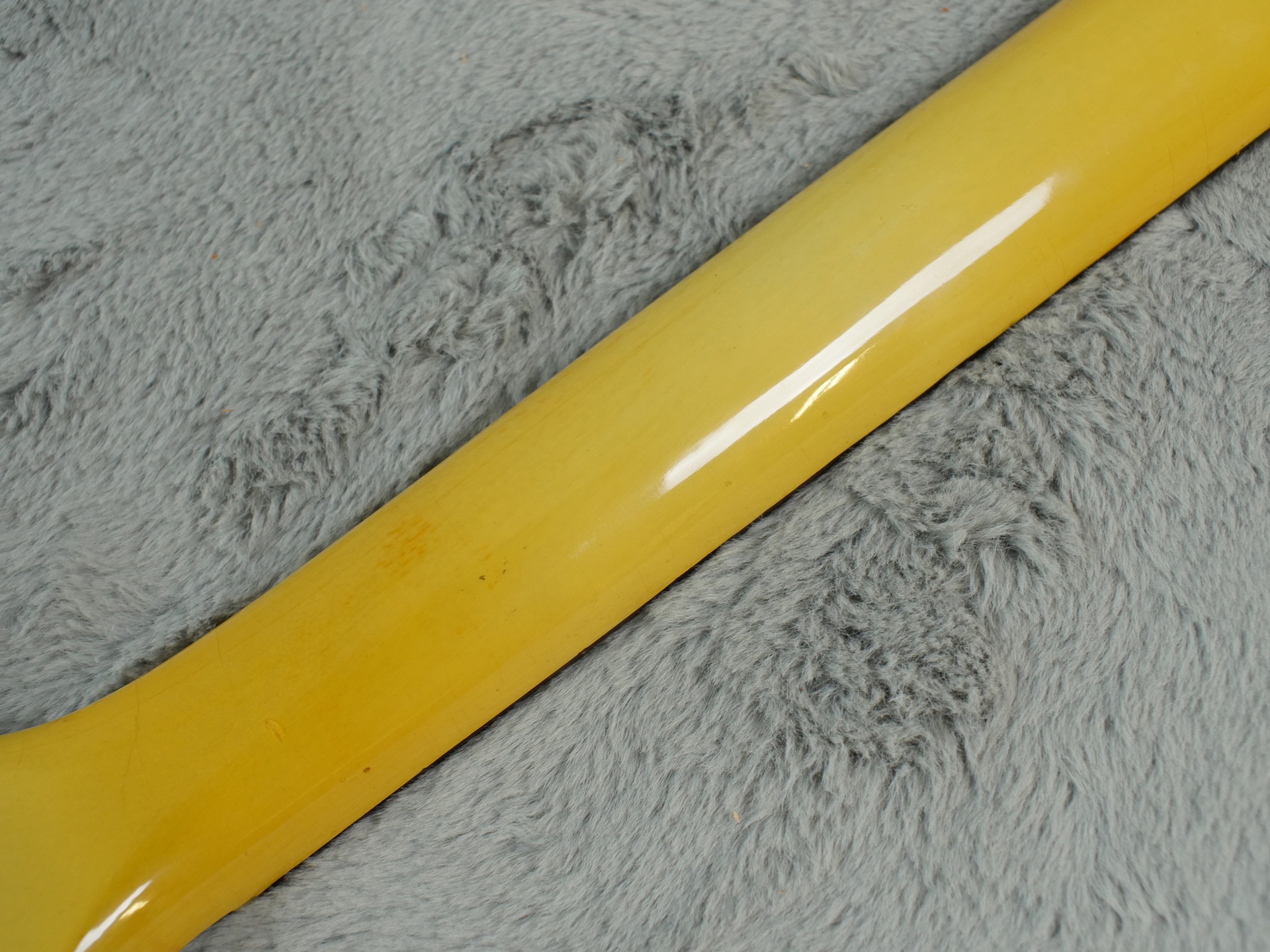 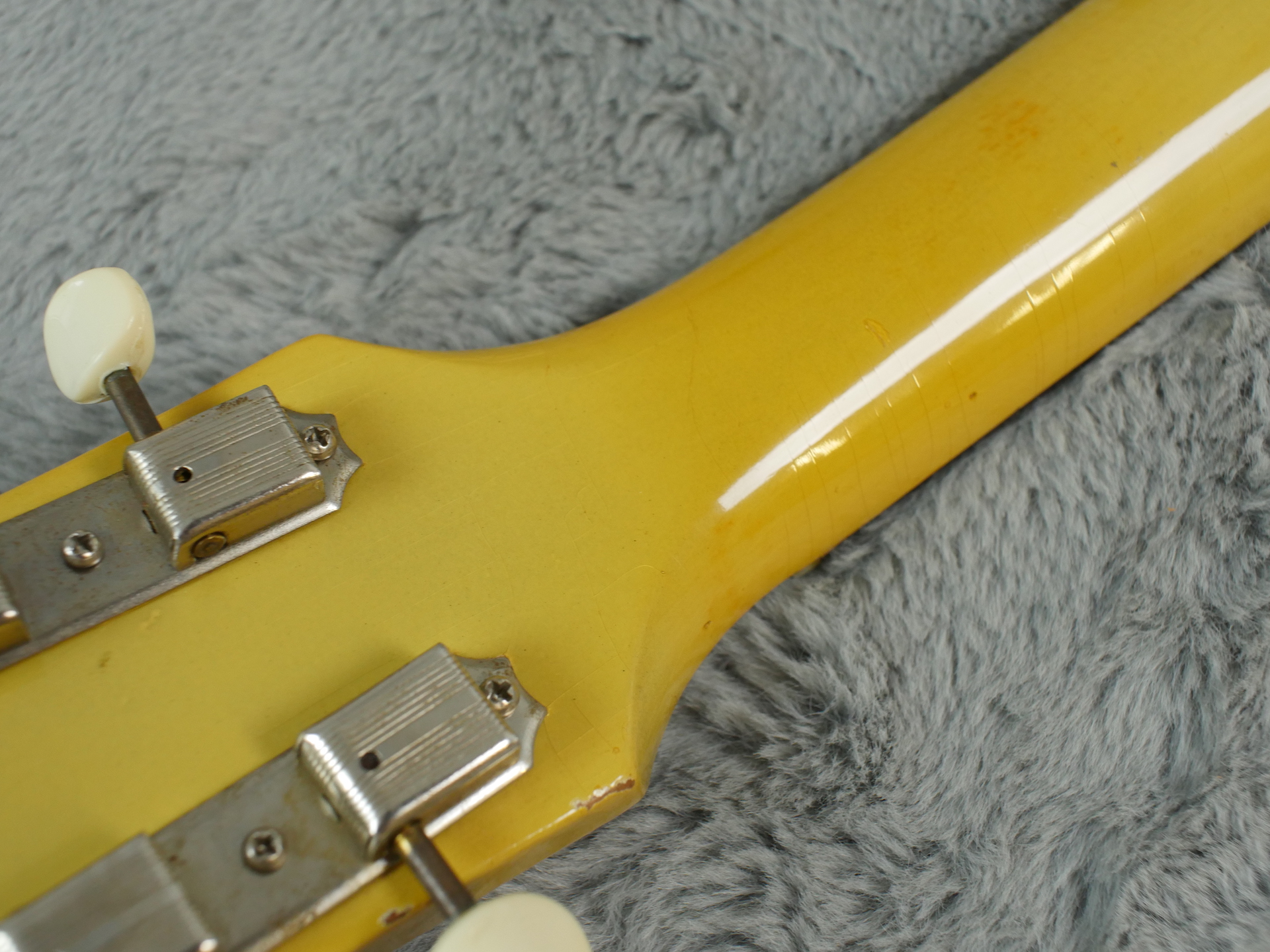 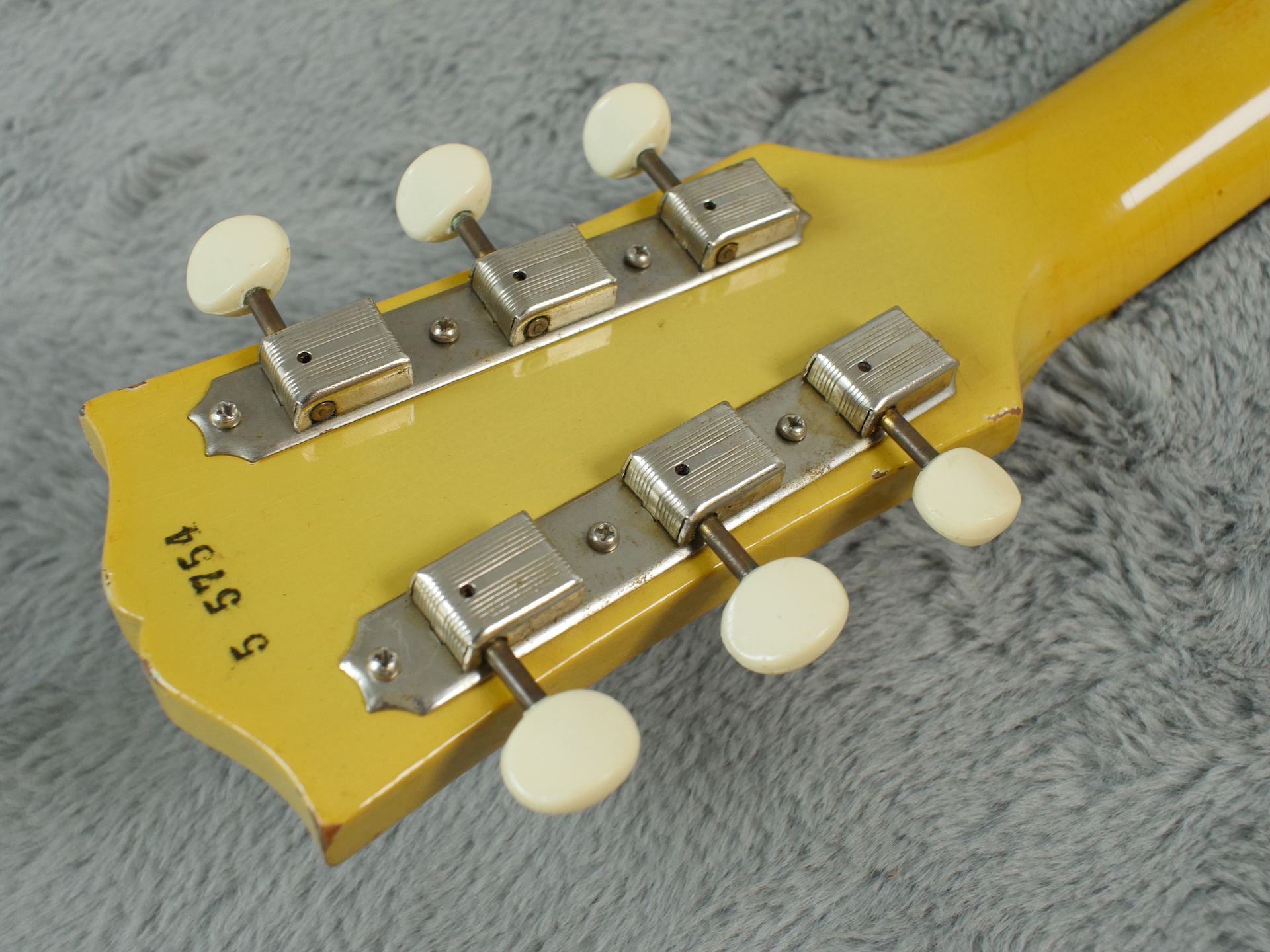 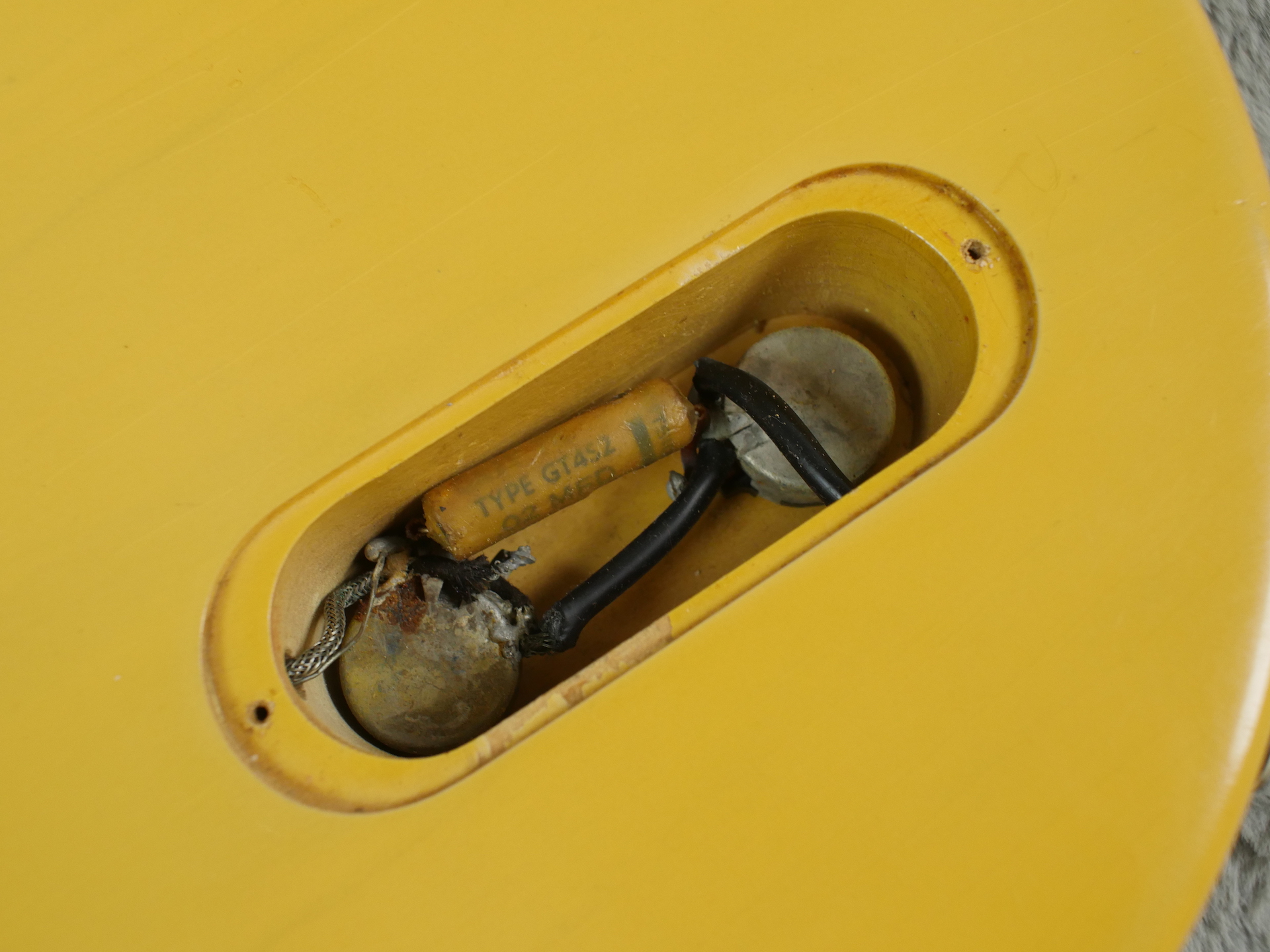