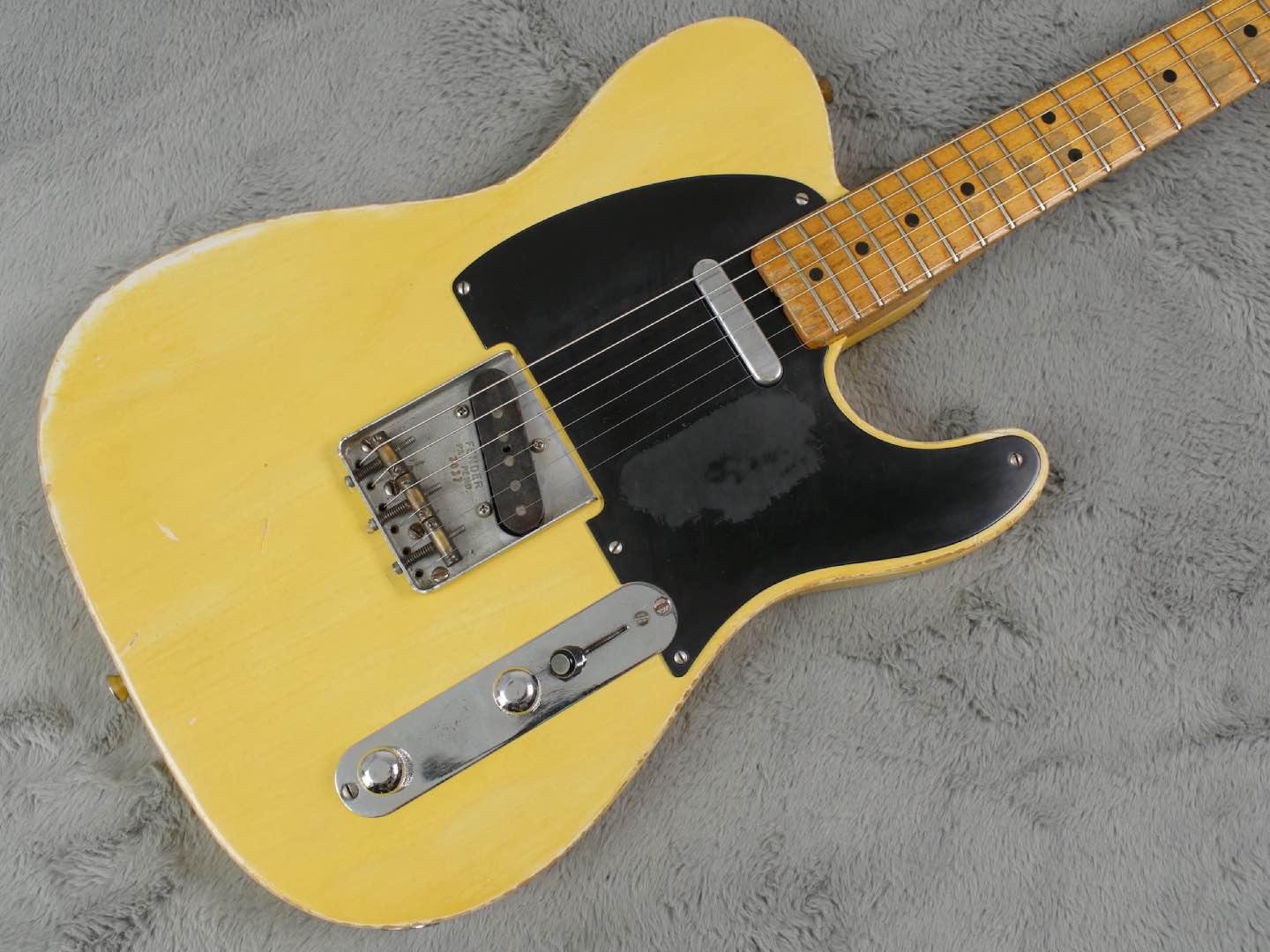 Body only refin 1952 Telecaster, lightweight with all you yearn for in feel, looks and sound at around half the cost...

It’s not very often we have film star guitars here at ATB Guitars but we could not resist this lovely 1952 Fender Telecaster which was apparently used as a prop in the movie ‘I Saw The Light’ a film about Hank Williams’ life.

It is a body only refin that was completed by Don Opperman (ex guitar tech for Joe Walsh, Stevie Ray Vaughn etc) done in a bit of a hurry for the filming deadline 2 or 3 years ago. The guitar had been stripped natural for some time but the production company insisted on having a 1952 Telecaster which had to be in factory blonde so Don did a very nice rush job on it, aged it a little and made it look the part!

This is a nice light weight, 1952 Telecaster which barely tips the scales at just over 3Kg - 3.06Kg to be exact and aside from the body refin everything else is correct apart from the pickguard which is actually a Bakelite one but it is not the original. This too, like the body, has been slightly aged. The screws mounting the bridge pickup and strap button may also have been changed.

All correct neck finish, electrics and hardware (aside from the pickguard). Yes, it has been played and you can see that in the original patina of the neck. Body has Tadeo signature (30th June 1952) in the pocket and maybe he did the neck too but it is too feint to read. Neck is more than likely an early 52 build.

All correct electrics including pickups, pots and caps. Electrics are the very first version of the ‘normal’ Tele circuits that was in place from early 52 to mid 52 and replaced the earlier blend circuit of the Broadcasters and No Casters. Hardware is also correct aside from the pickguard and all in great condition. Interesting to note is the tuners are a mix of closed shell and one open shell with a protruding shaft - 51 and early 52 being a transition time for these tuners. Leo Fender was not known to waste any parts!

The real magic happens when you plug this guitar in. Acoustically, there is a real vibrancy to the tone that comes out when its going through an amp. As this guitar hasn’t been altered electronically it still has the infamous ‘woof tone’ wiring so the first position has a very dark tone which is great with an overdriven amp if you’re looking for a bass heavy tone. It also works well if approached with more of a bass player mentality. The middle position gives us access to thence pickup by itself which really ups the ante and produces a wonderfully smooth tone which interacts so well with the controls. In the bridge position well what can we say, its all you’ve ever wanted from a telecaster. Biting and raucous without being shrill in any way and calming down beautifully with the controls.

Leo got it right from the beginning with these guitars and this one has such a great tone and feel you loose time playing it. If you’re on the hunt for a good blackguard you need this guitar in your life.

Neck has a great feel and is classic 1952 Tele neck which is chunky, but not too baseball bat like they got in 53 and 54. Sound from both pickups is again totally classic early 50’s Tele with clear and strong bite which is never ever too harsh.

This is a bargain price 52 which when you consider has all the sound and feel of the last 52 original finish example we sold at over £30k and it is a bit of a movie star - how can you go wrong..? 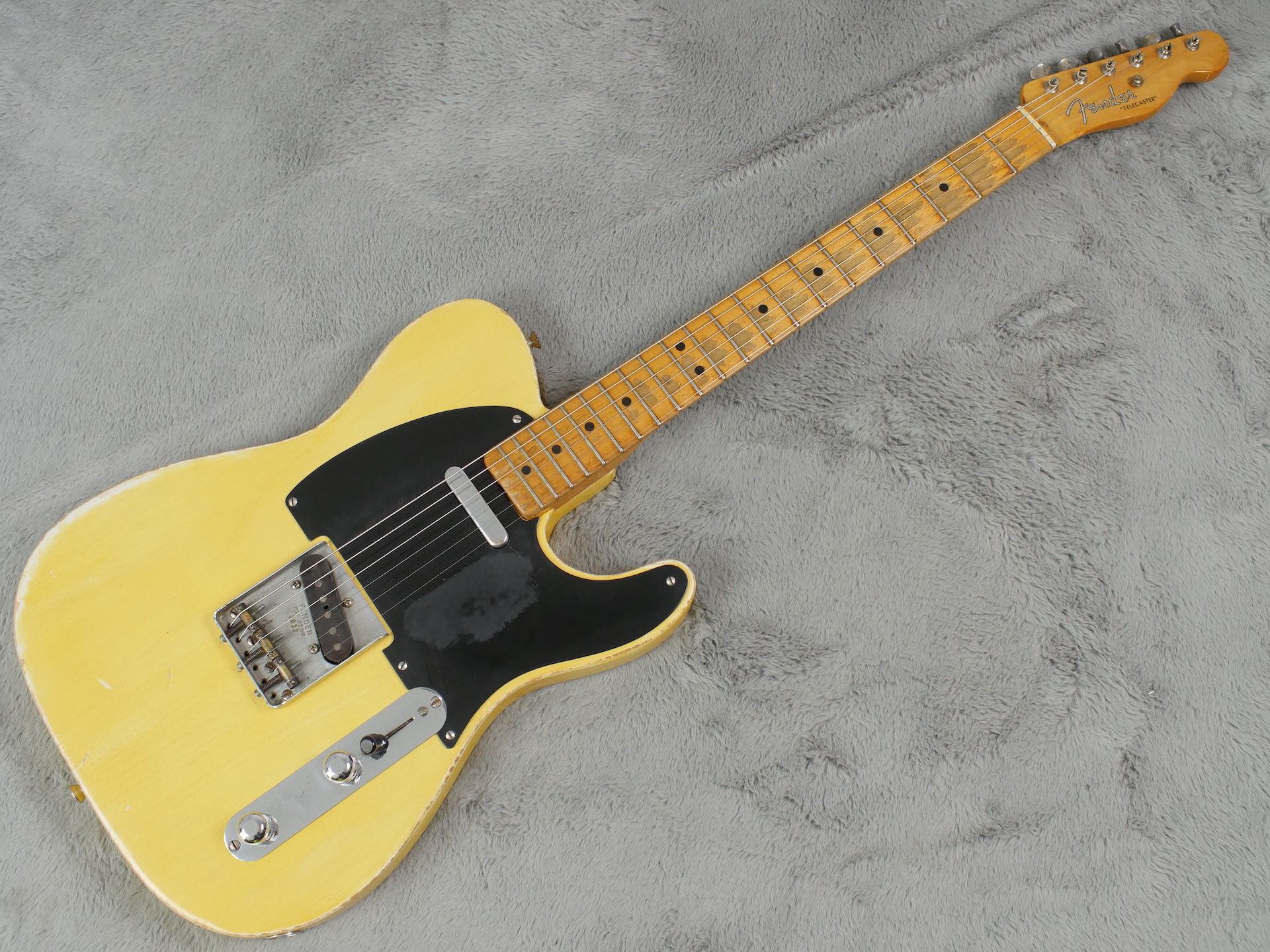 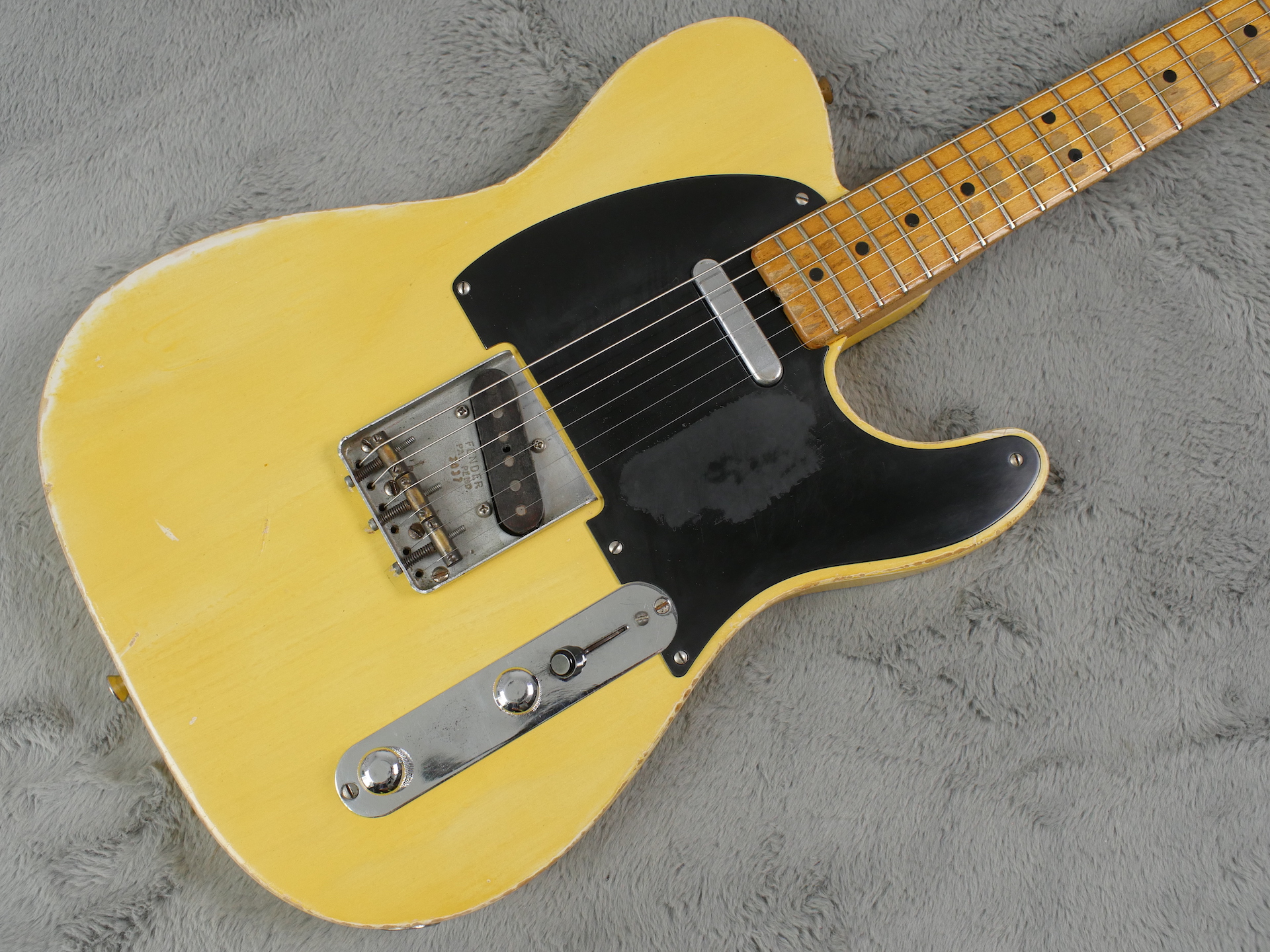 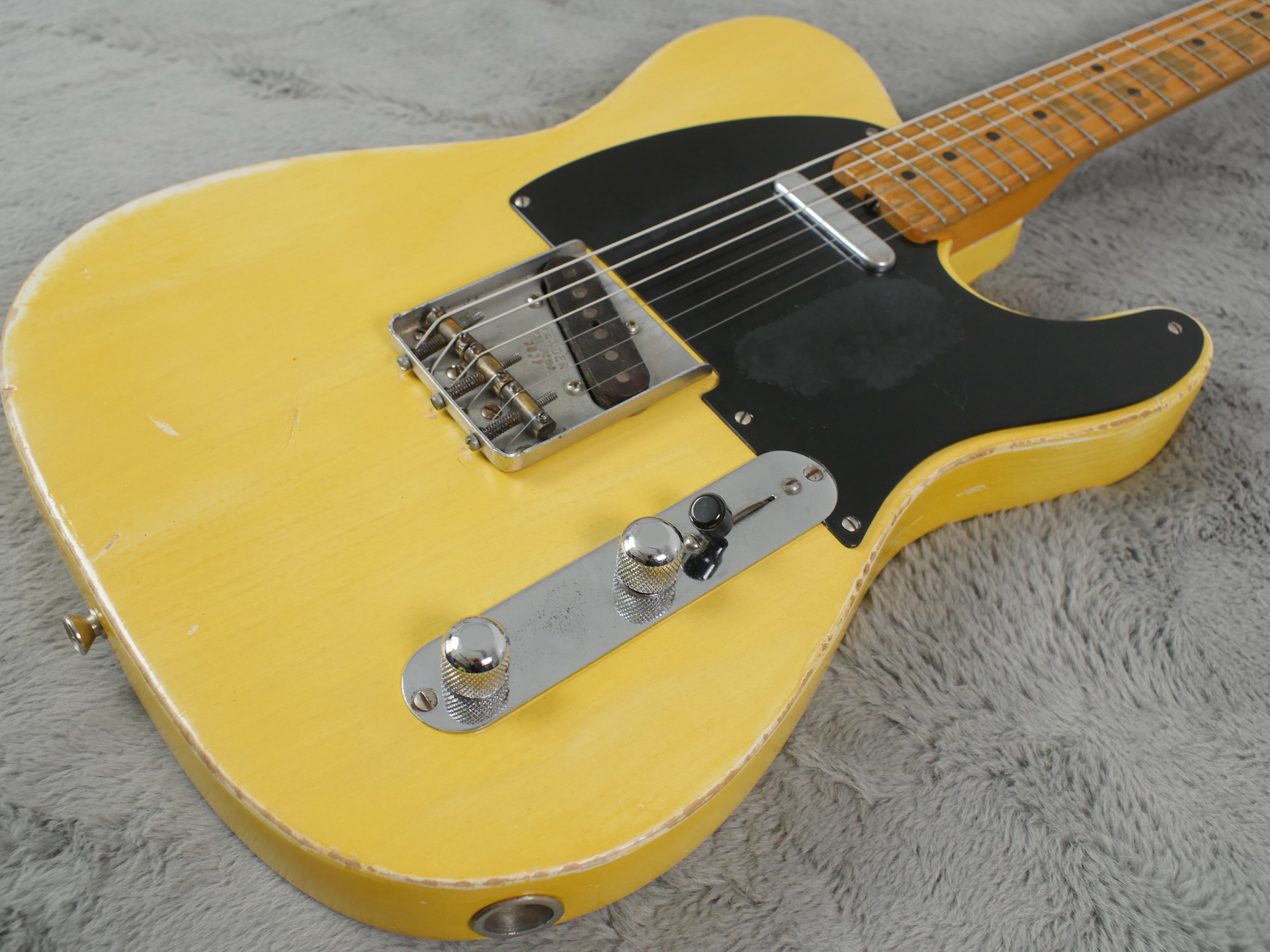 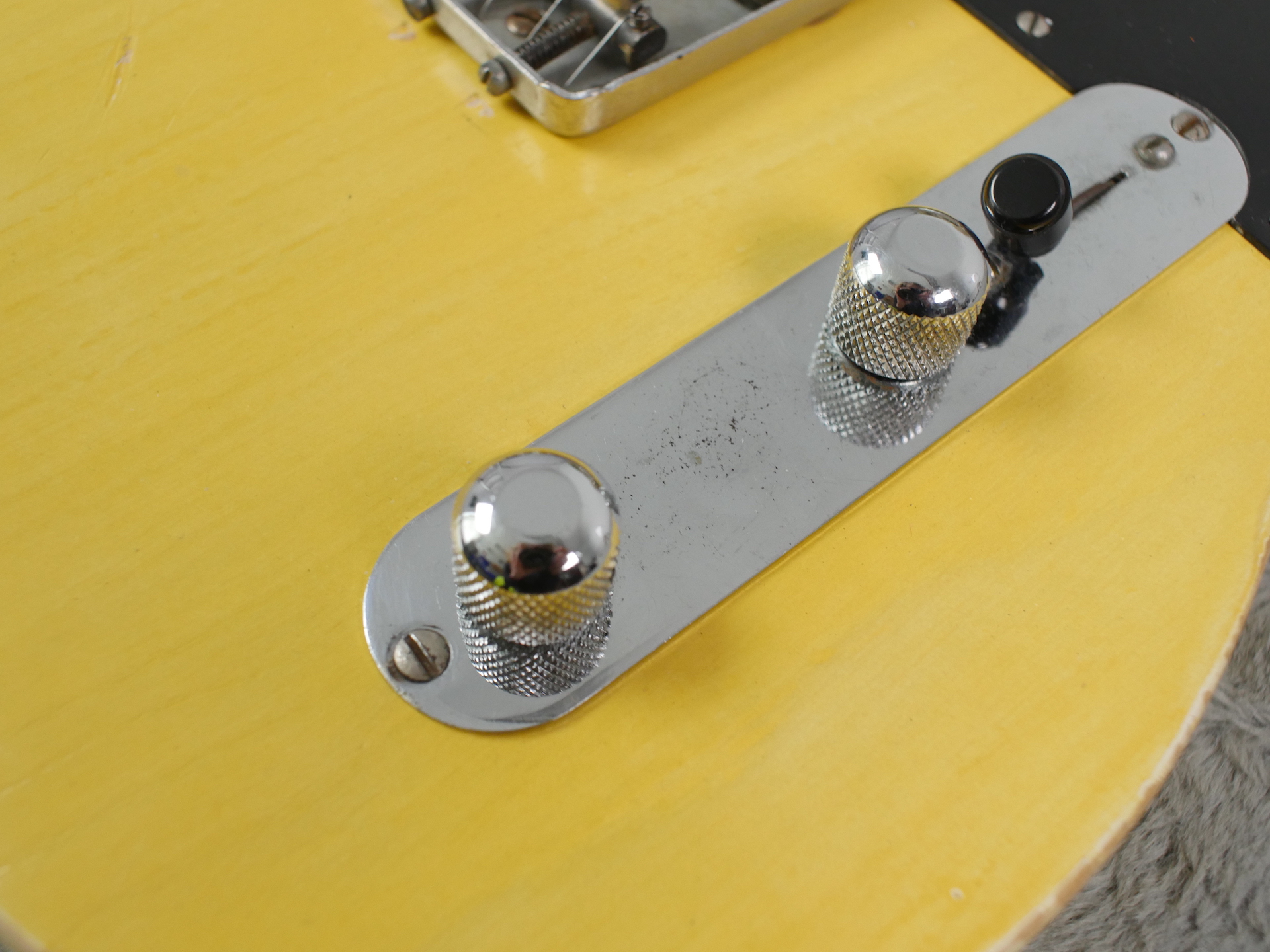 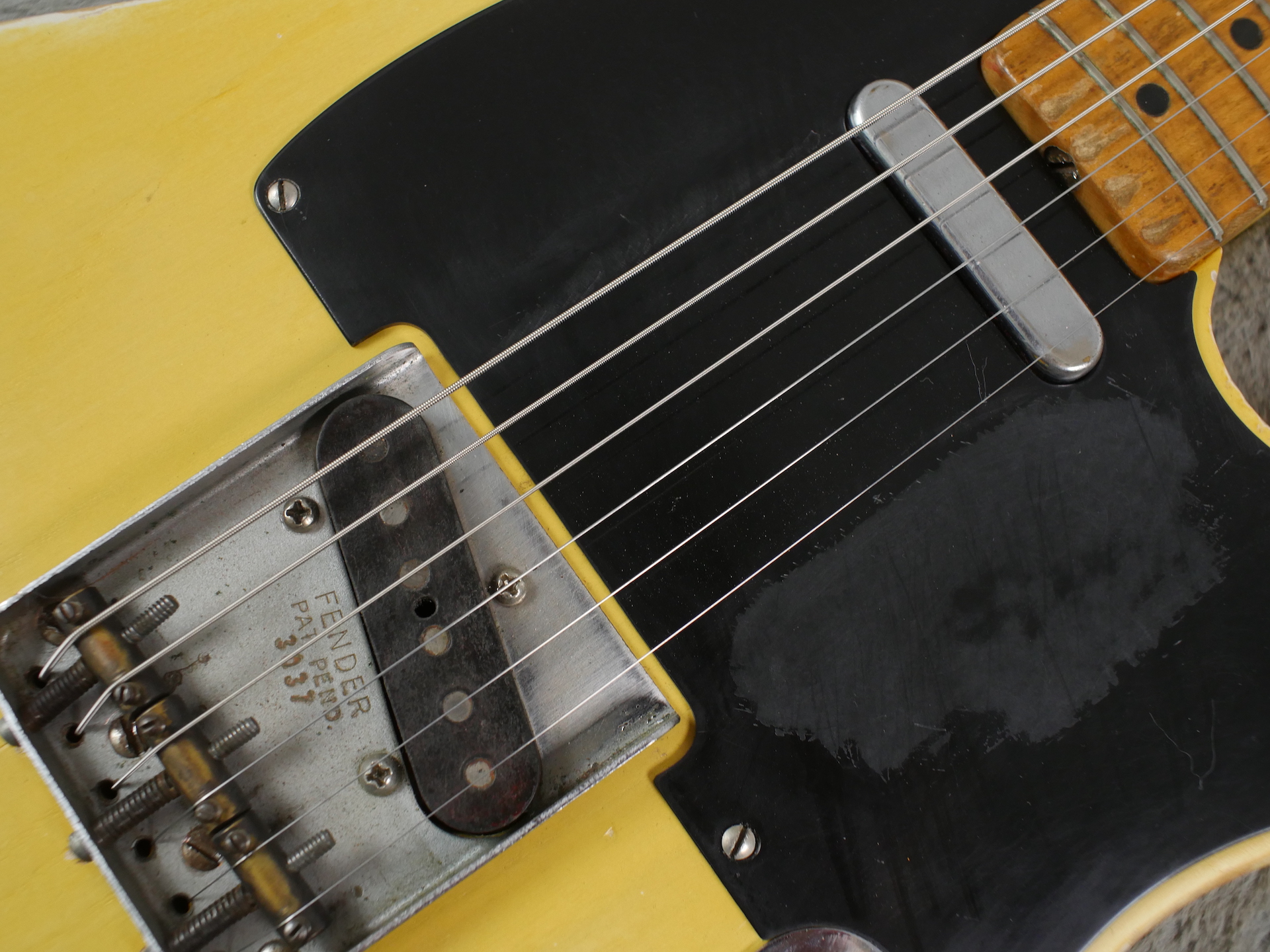 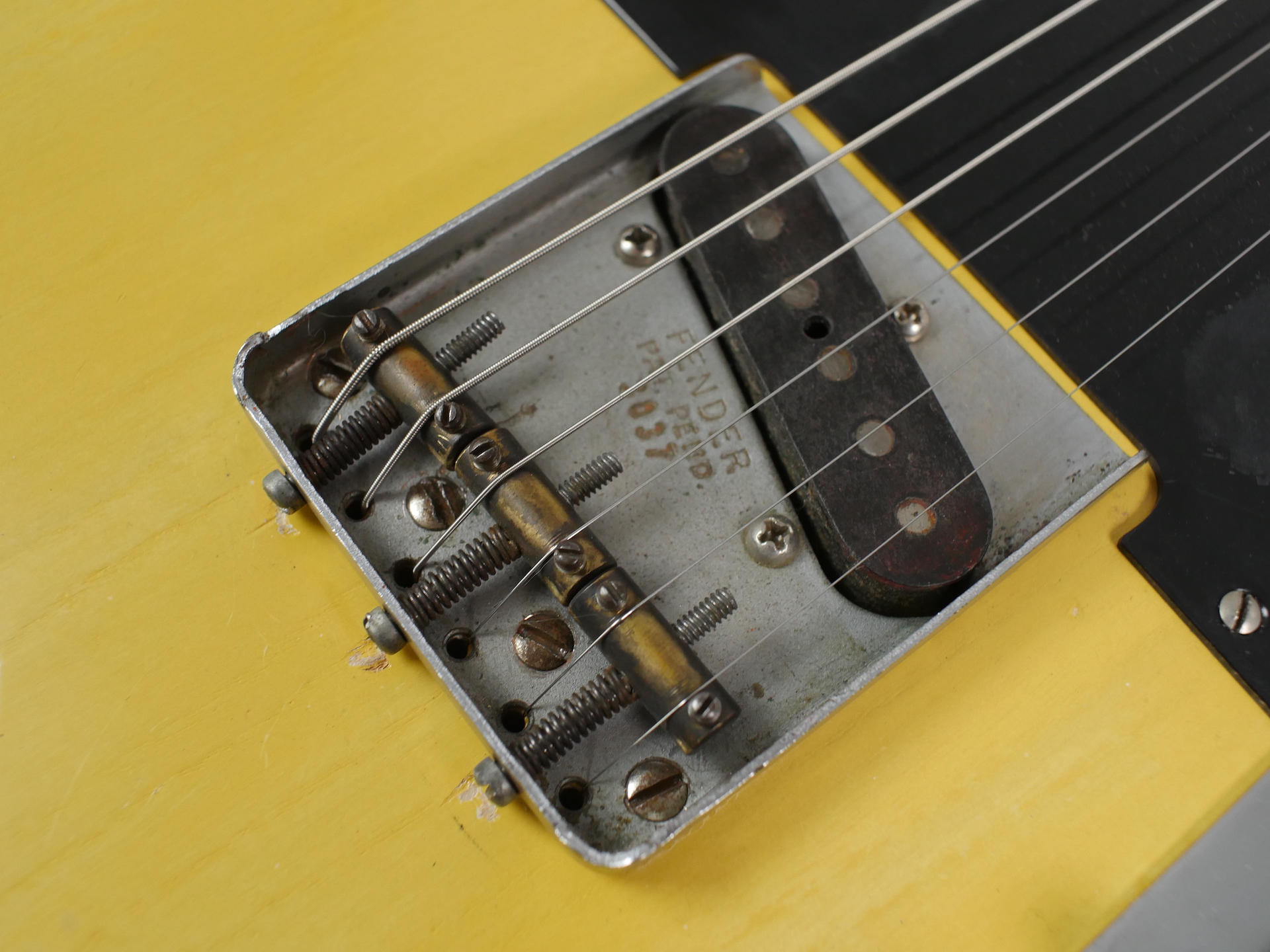 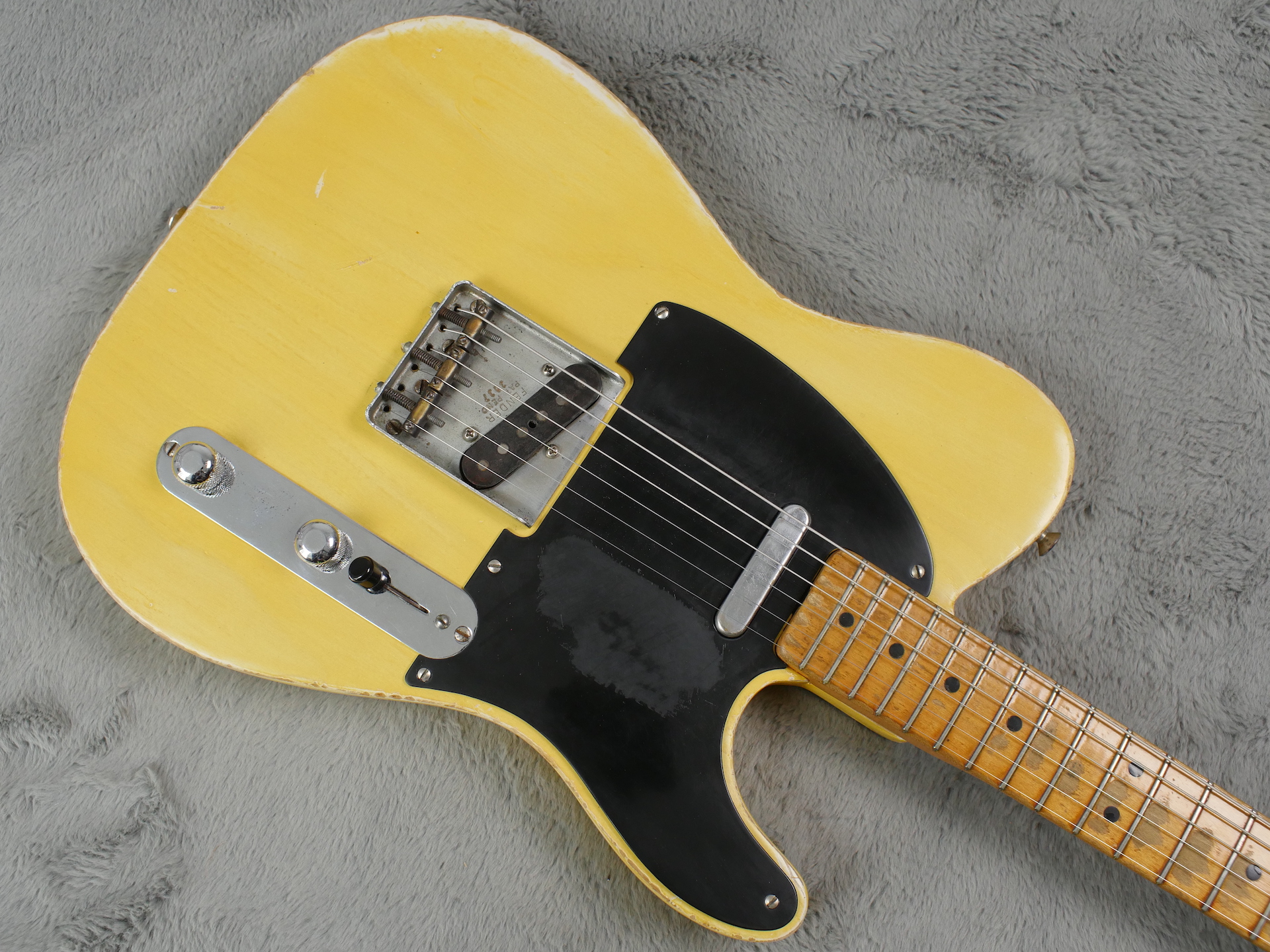 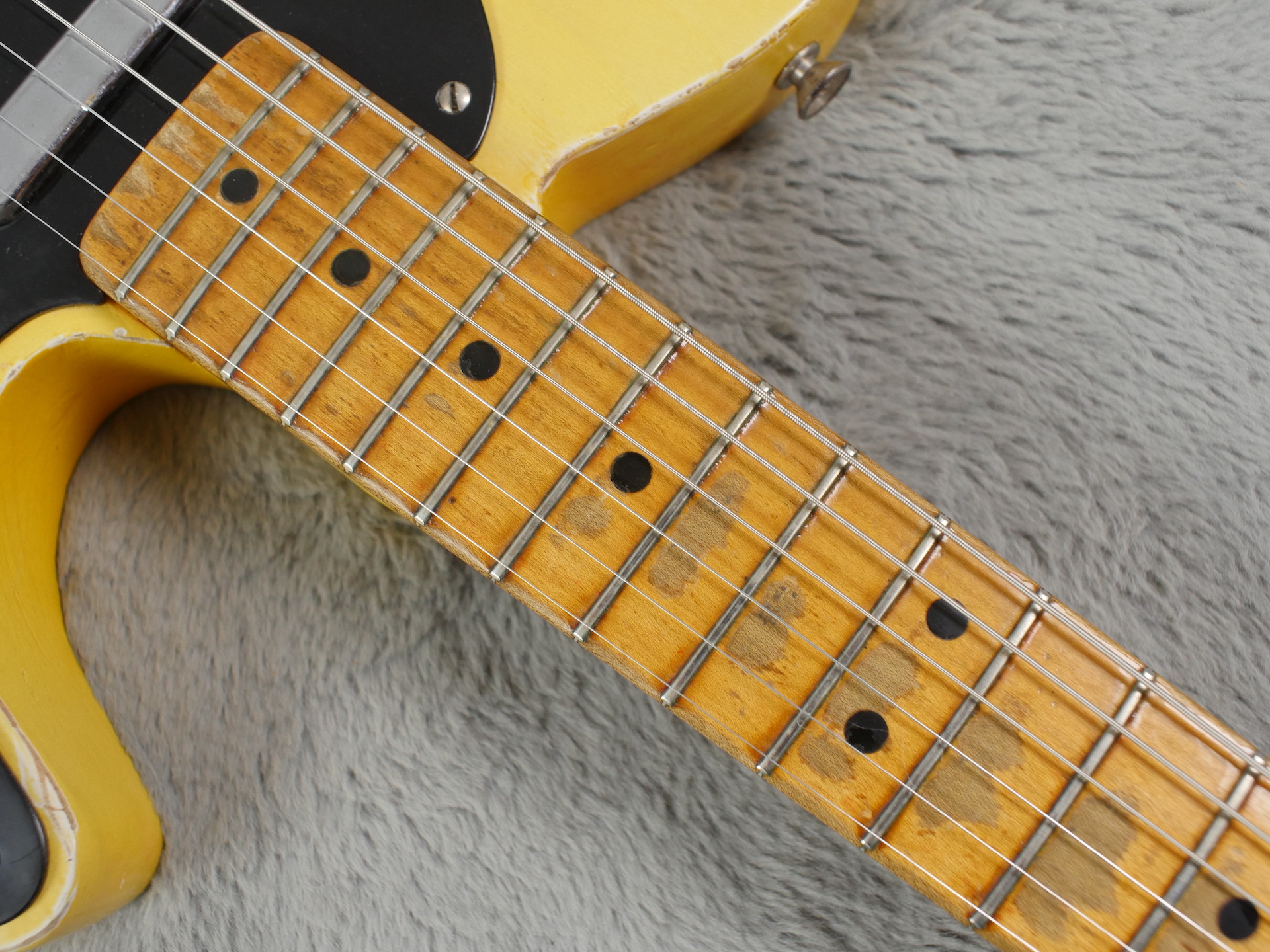 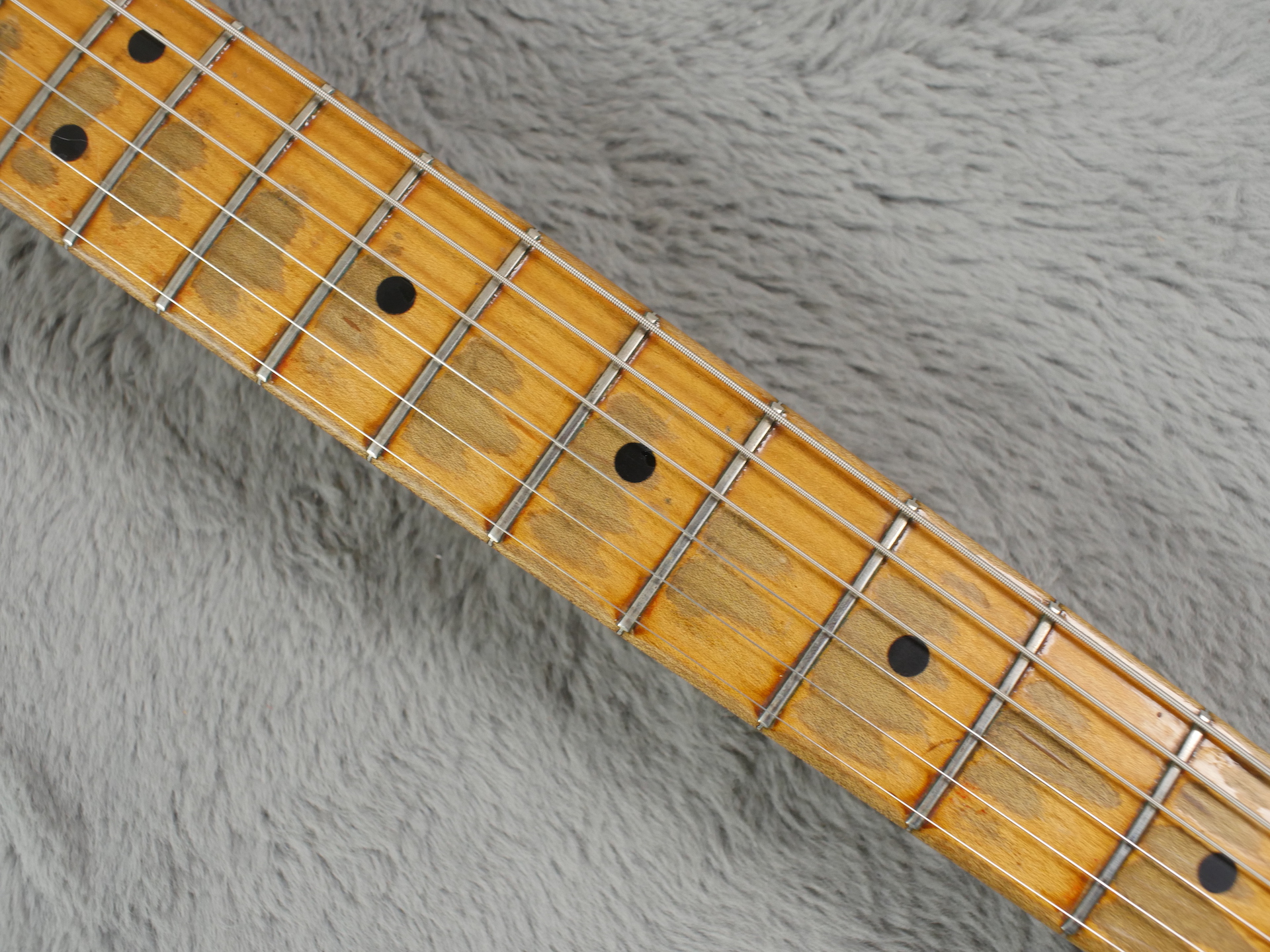 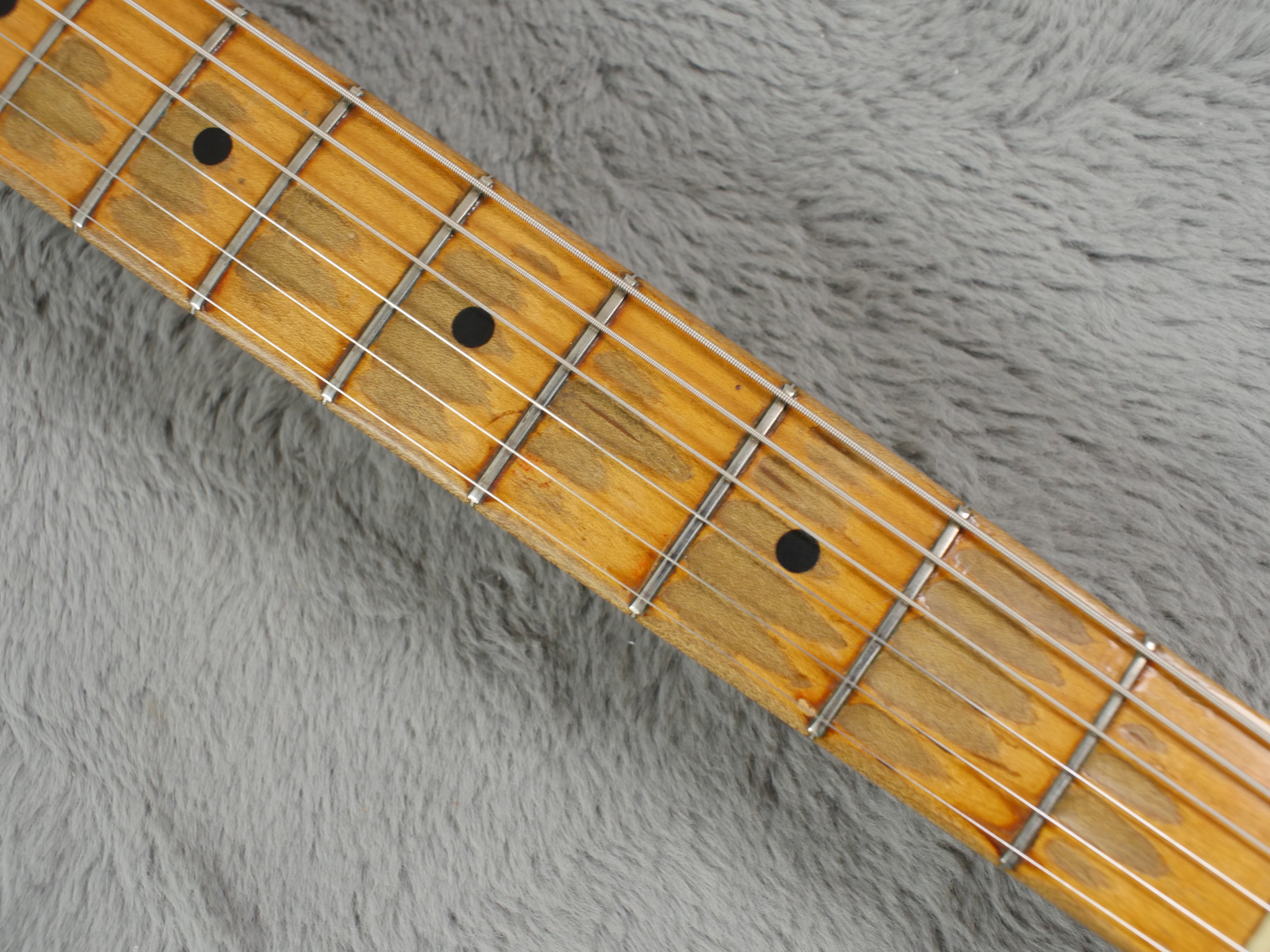 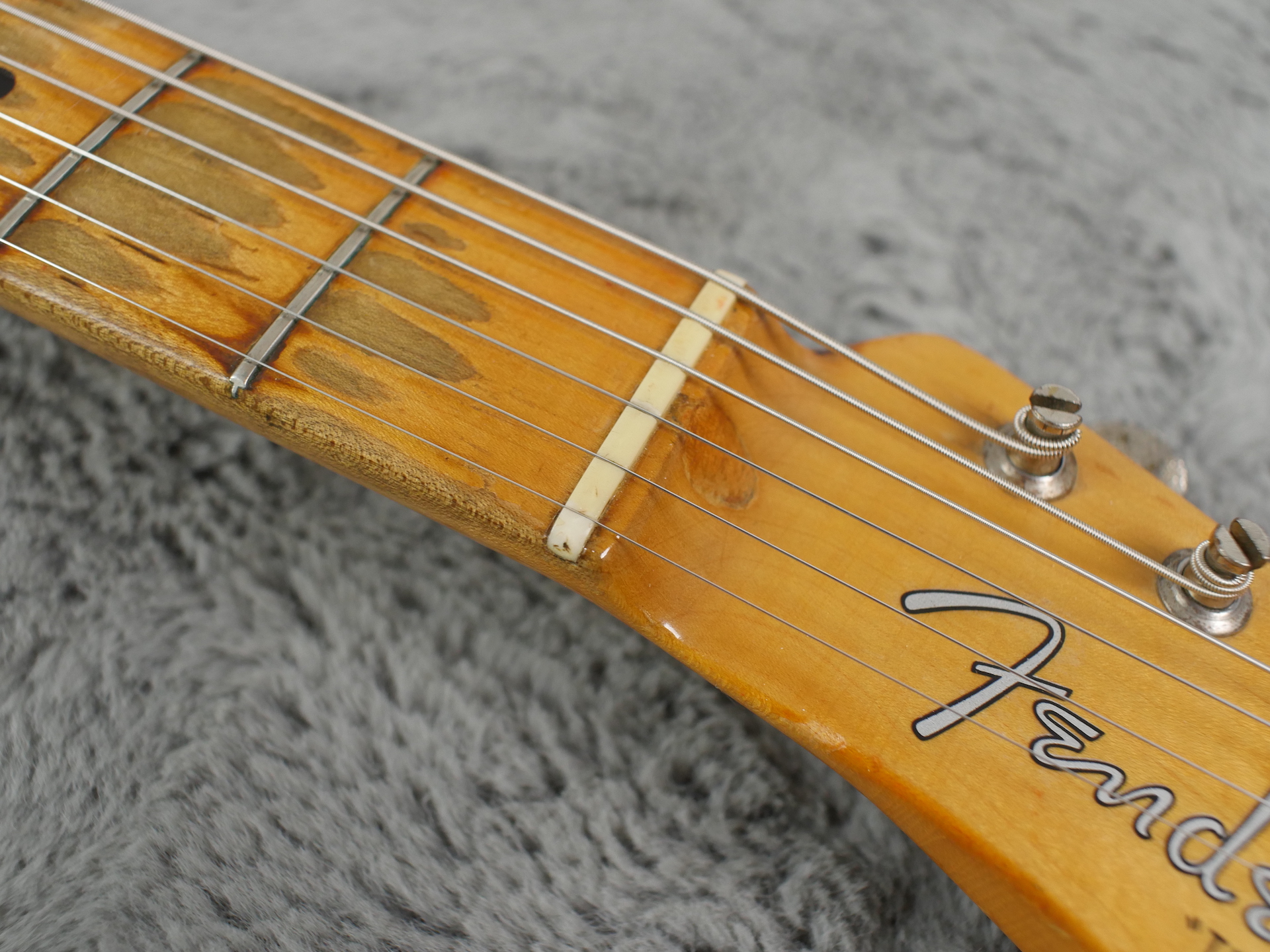 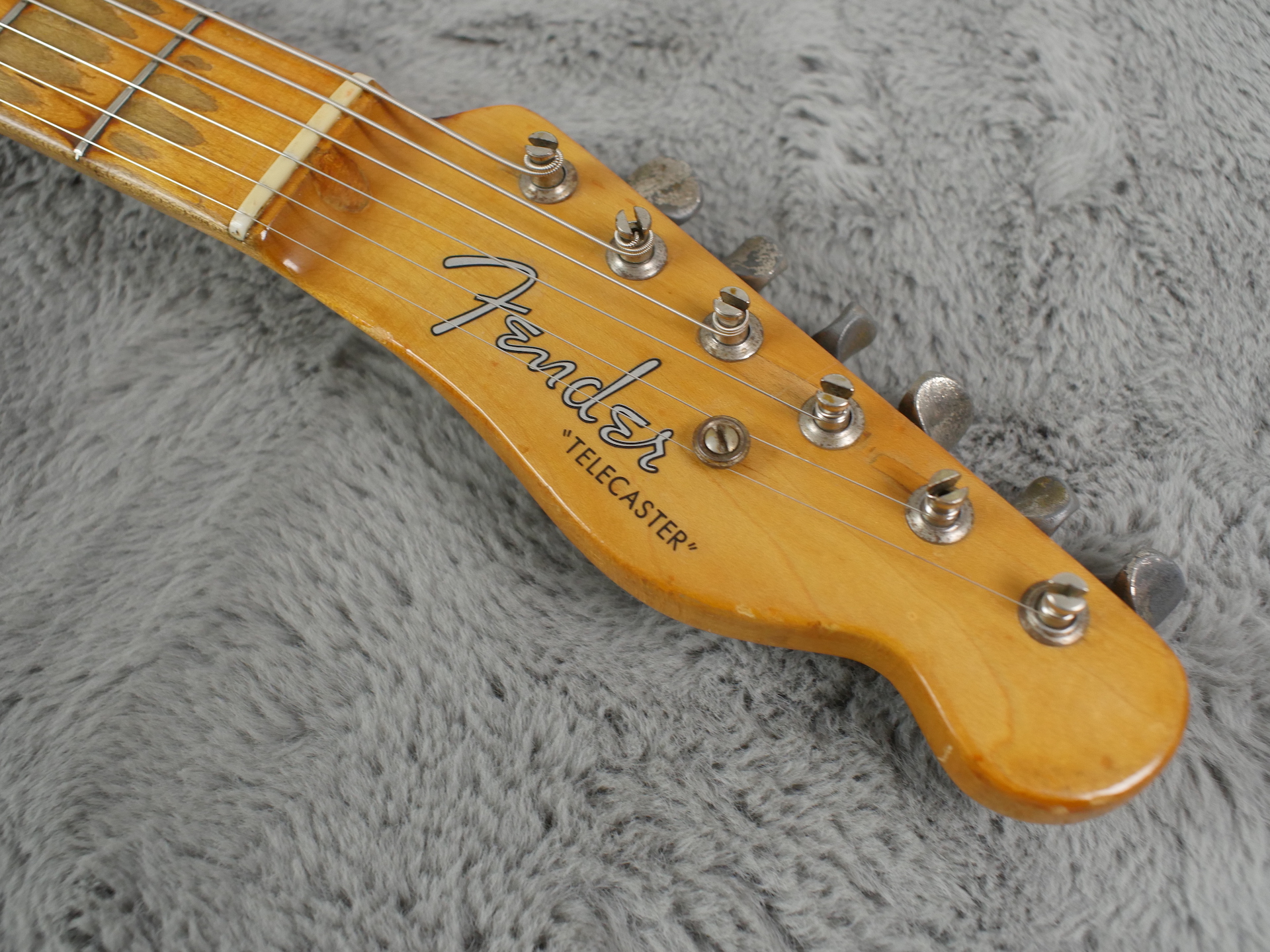 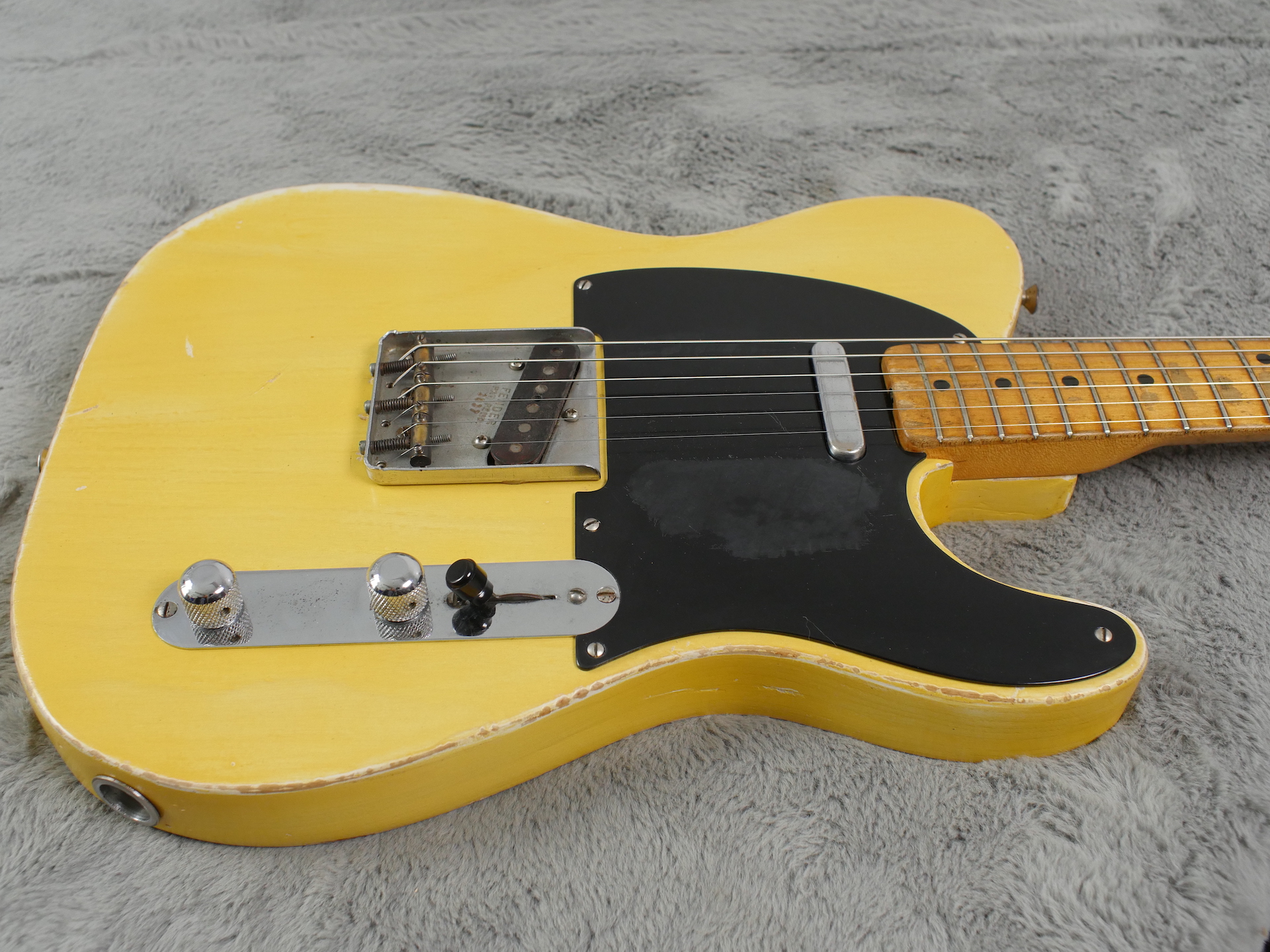 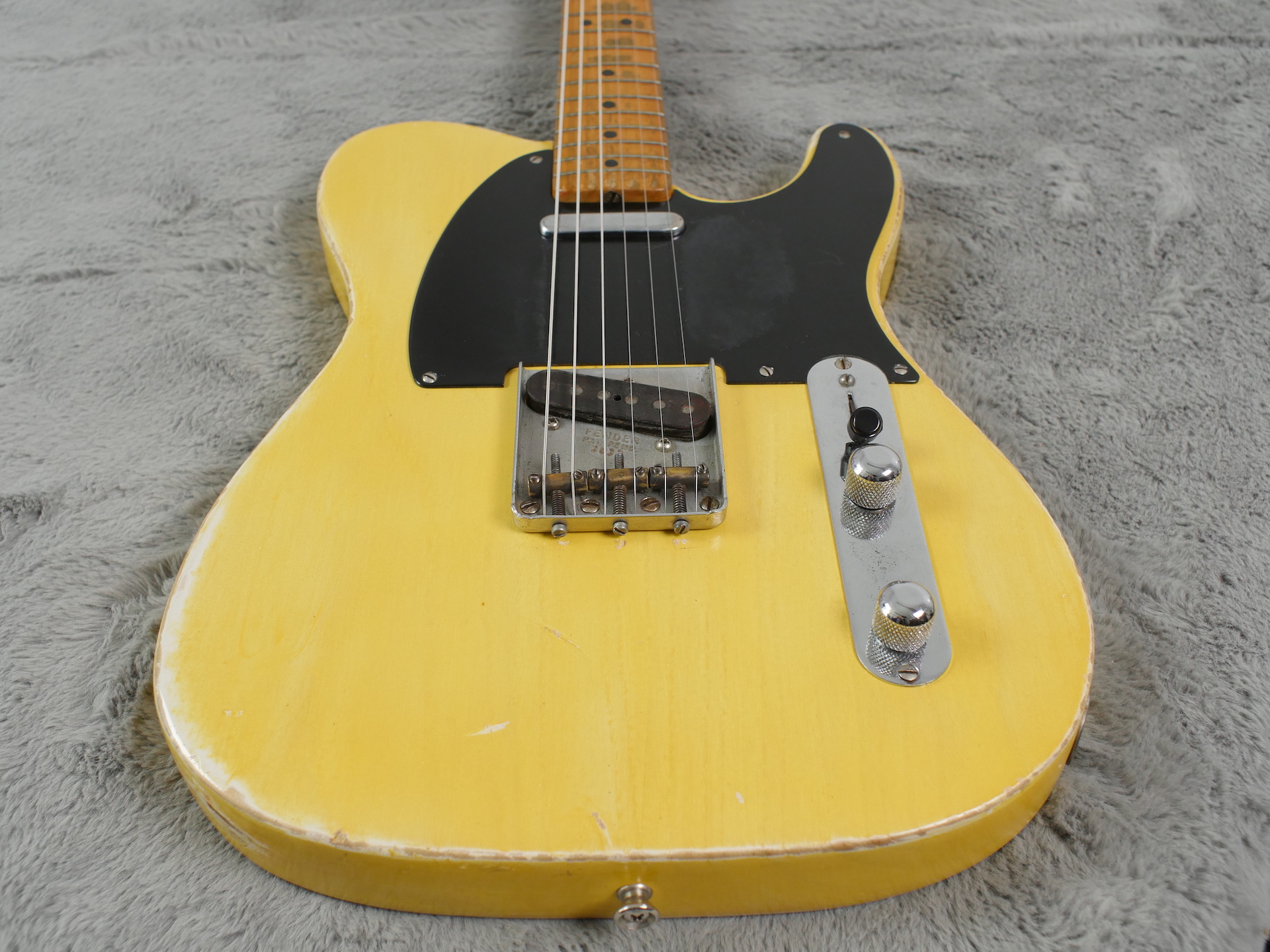 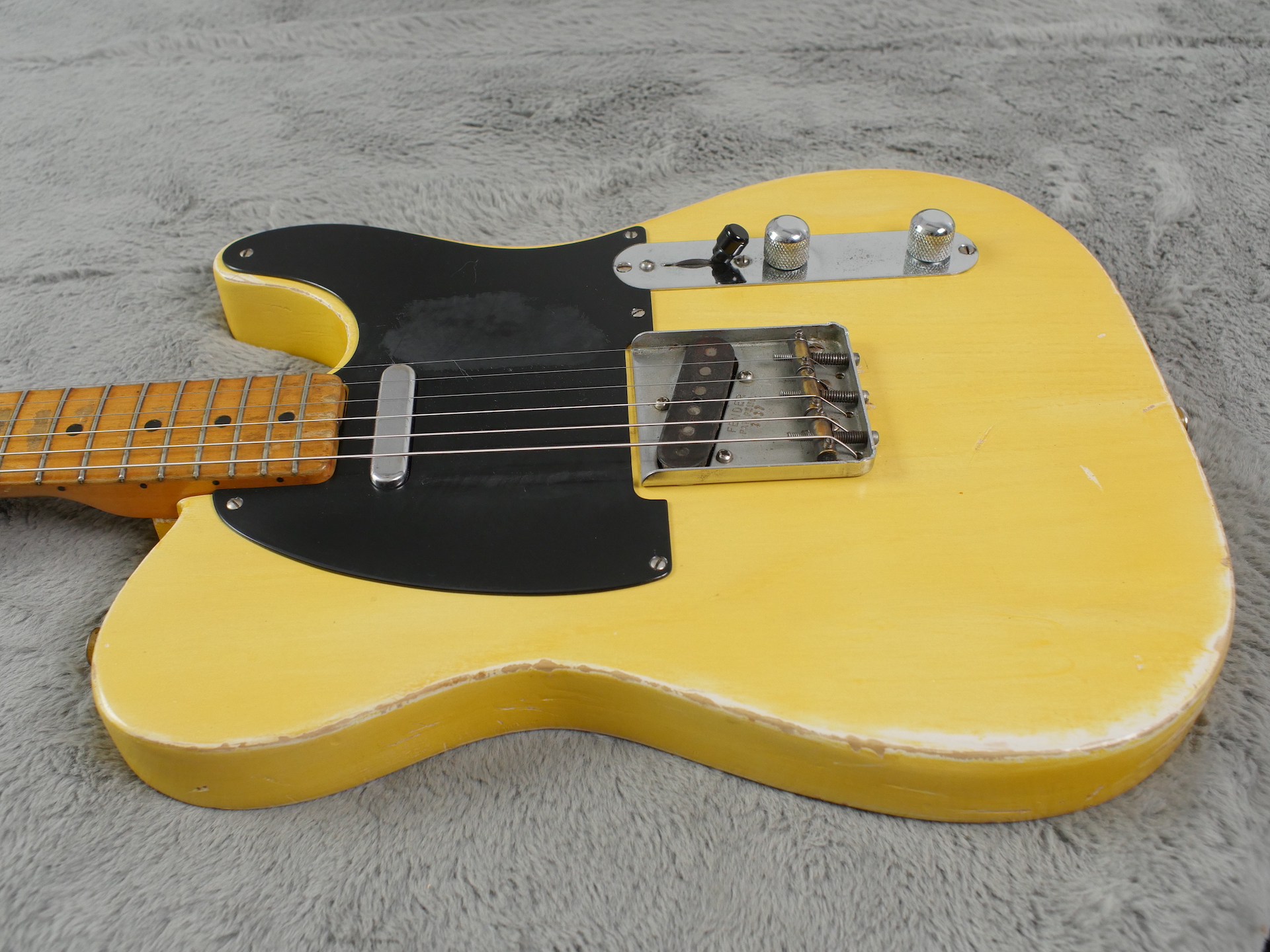 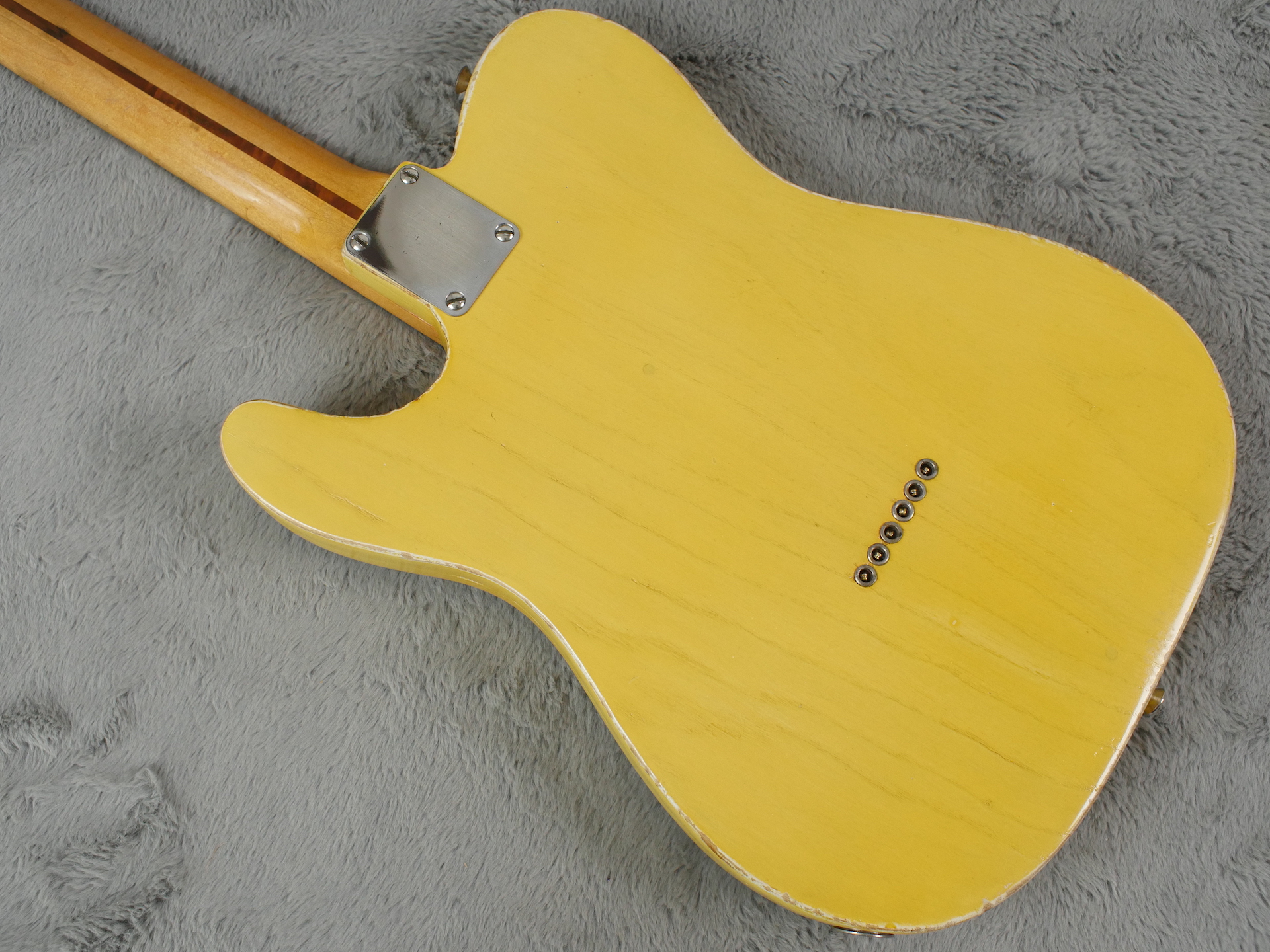 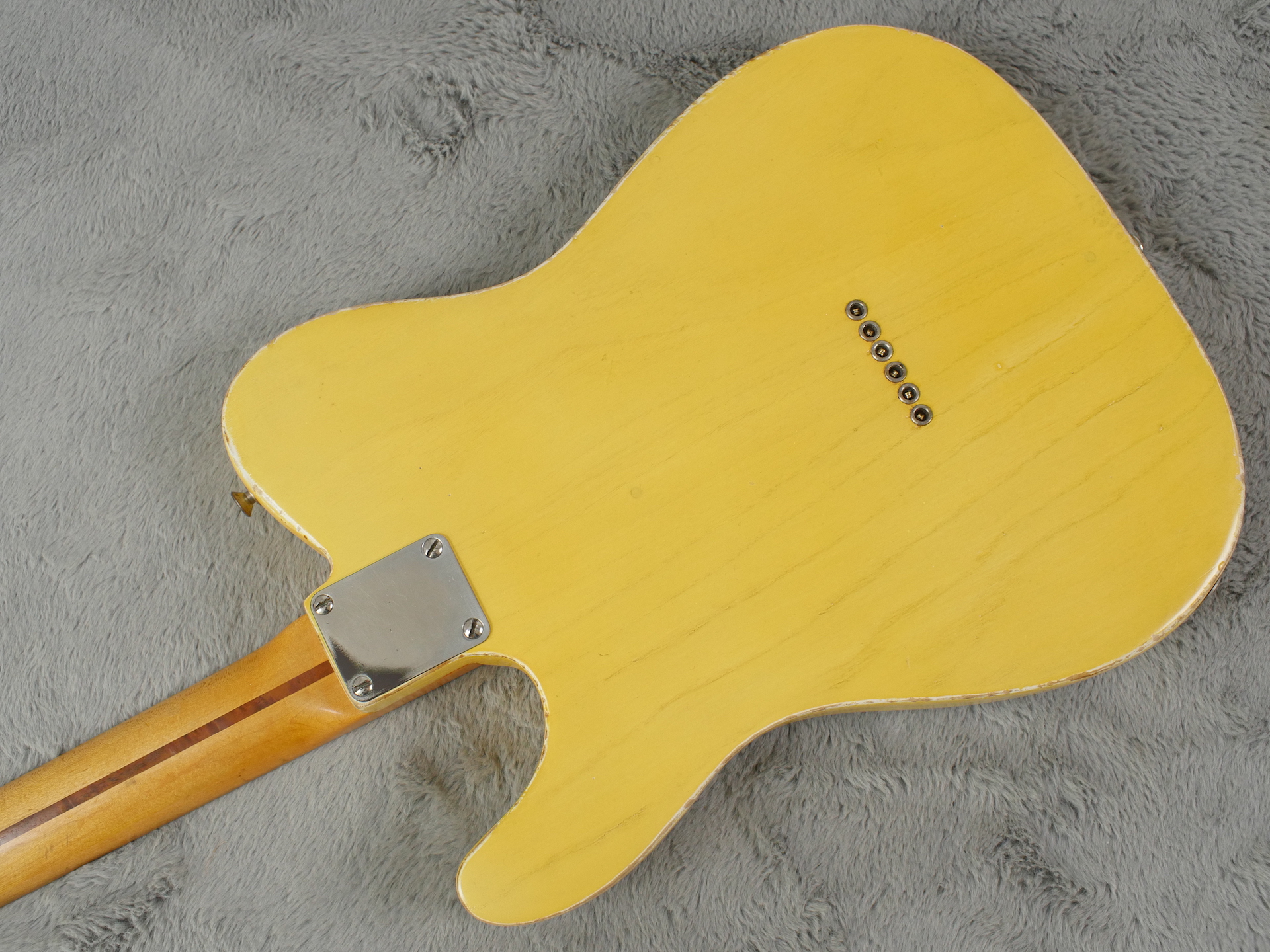 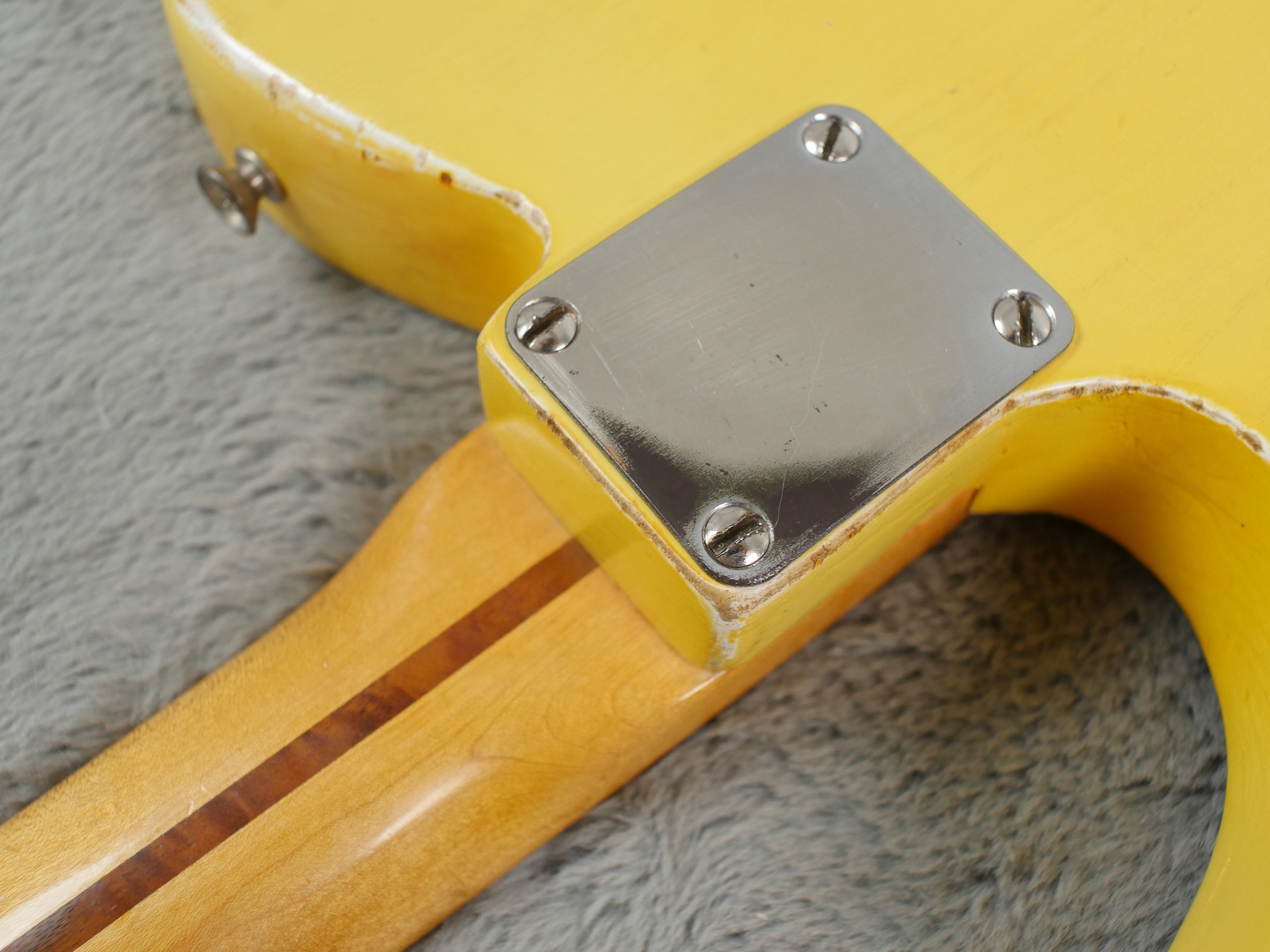 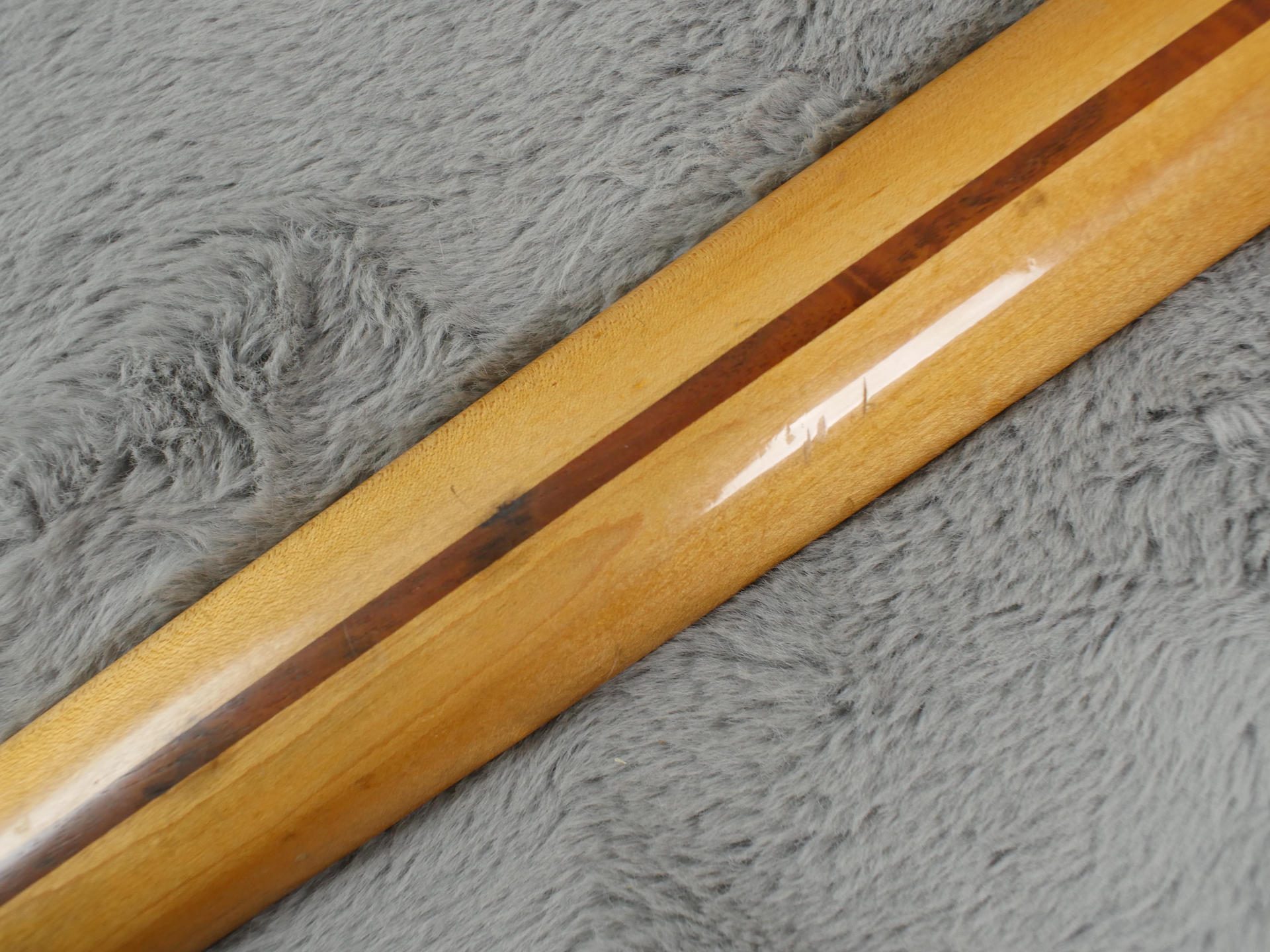 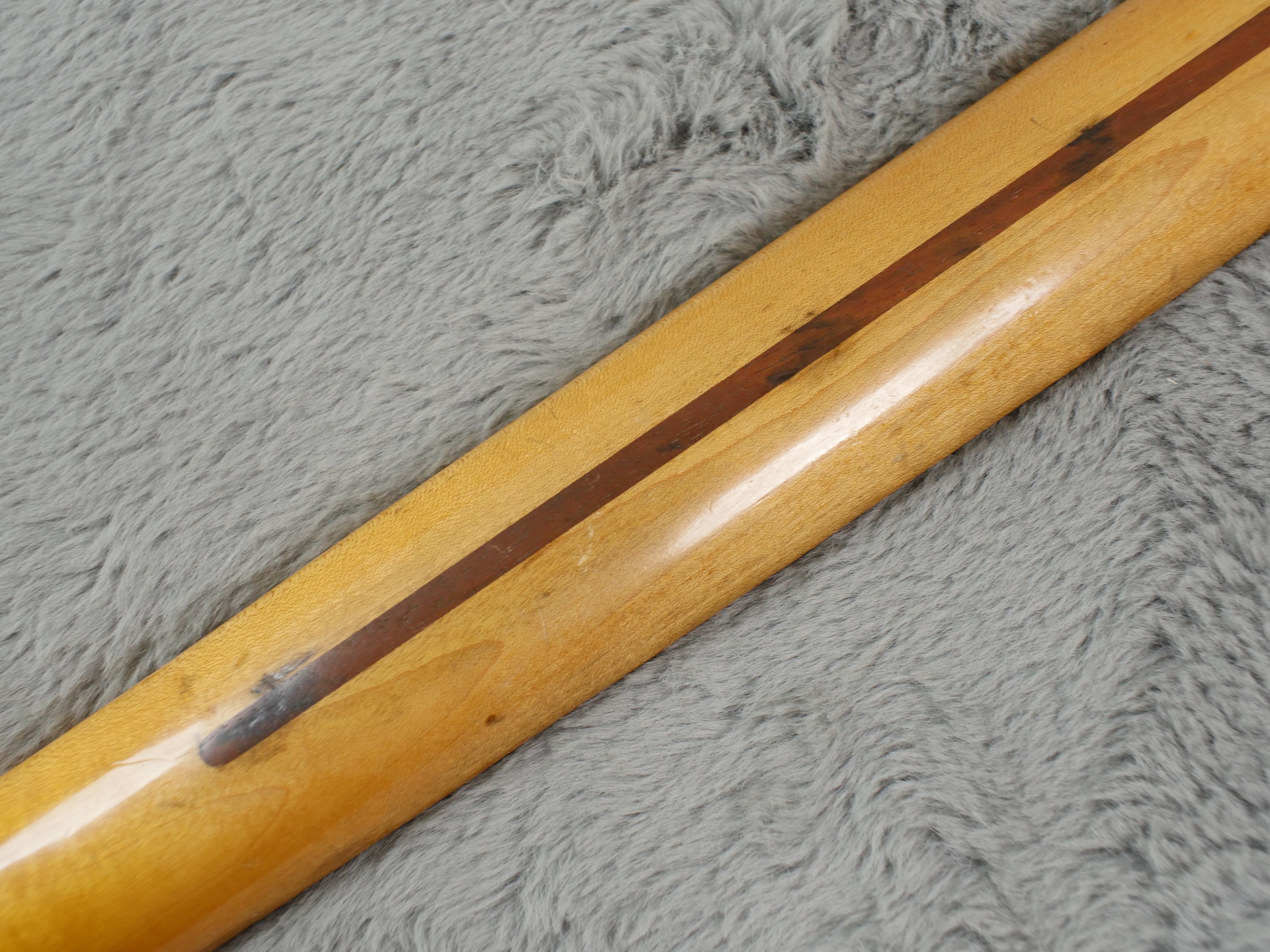 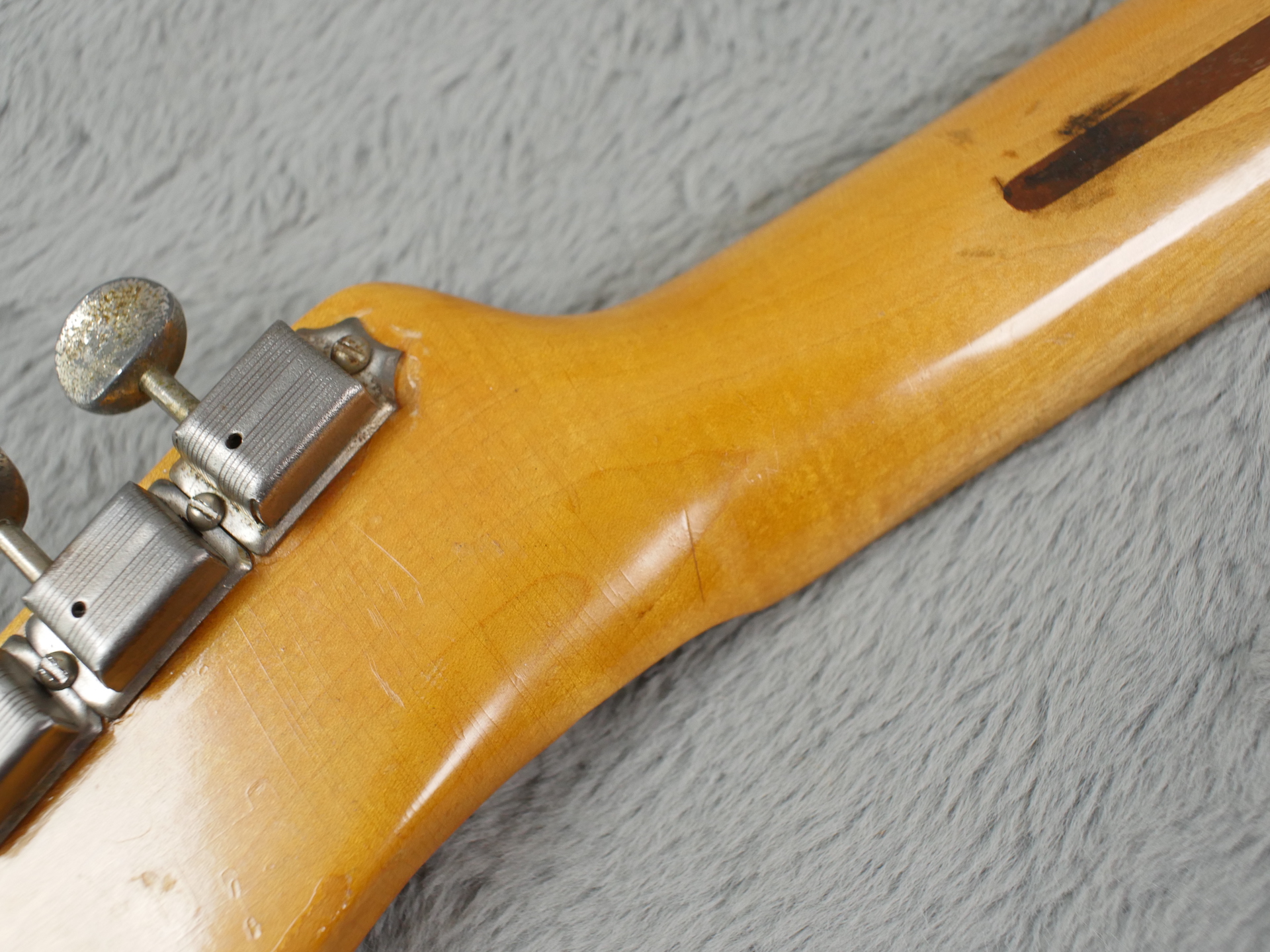 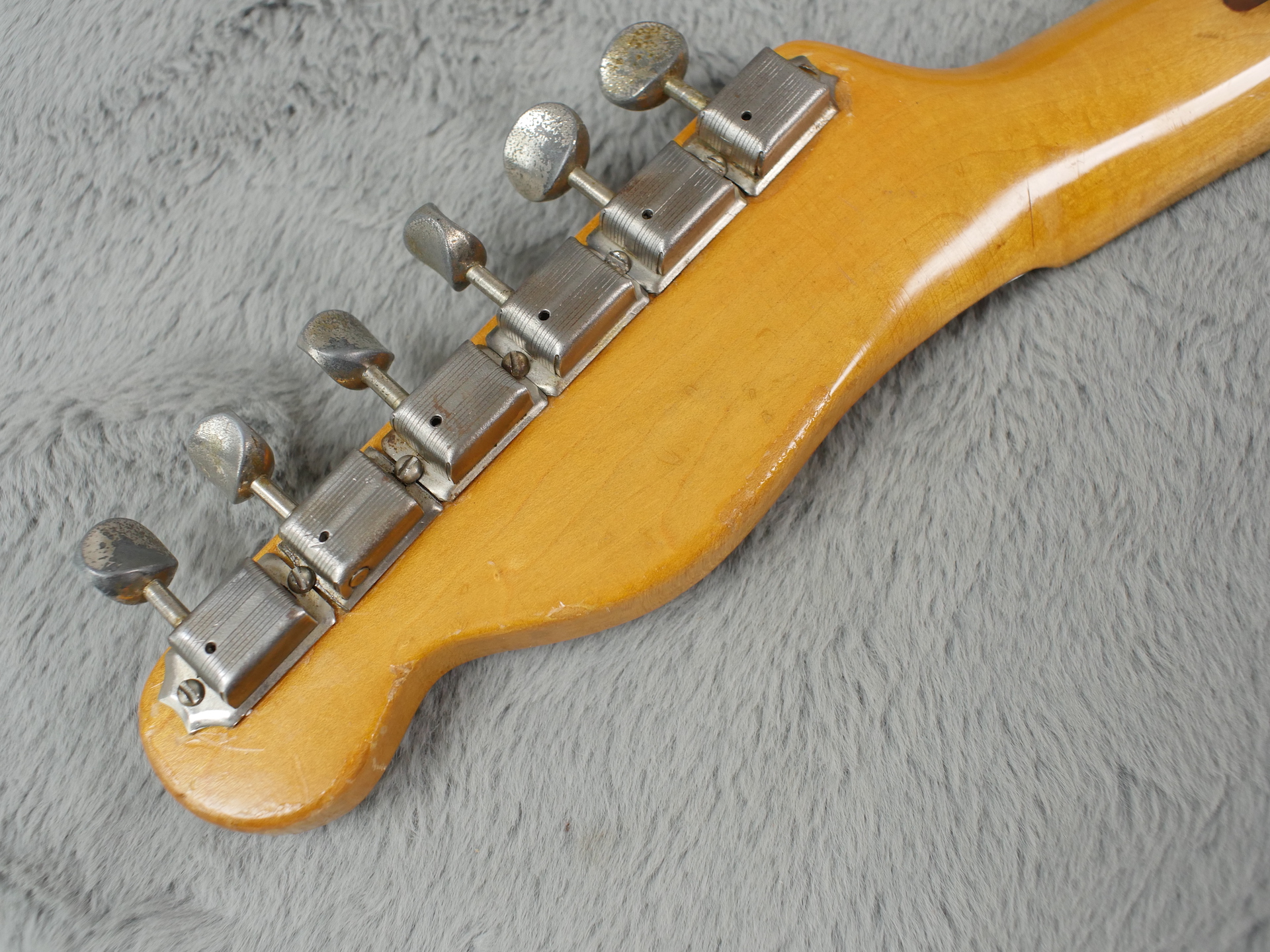 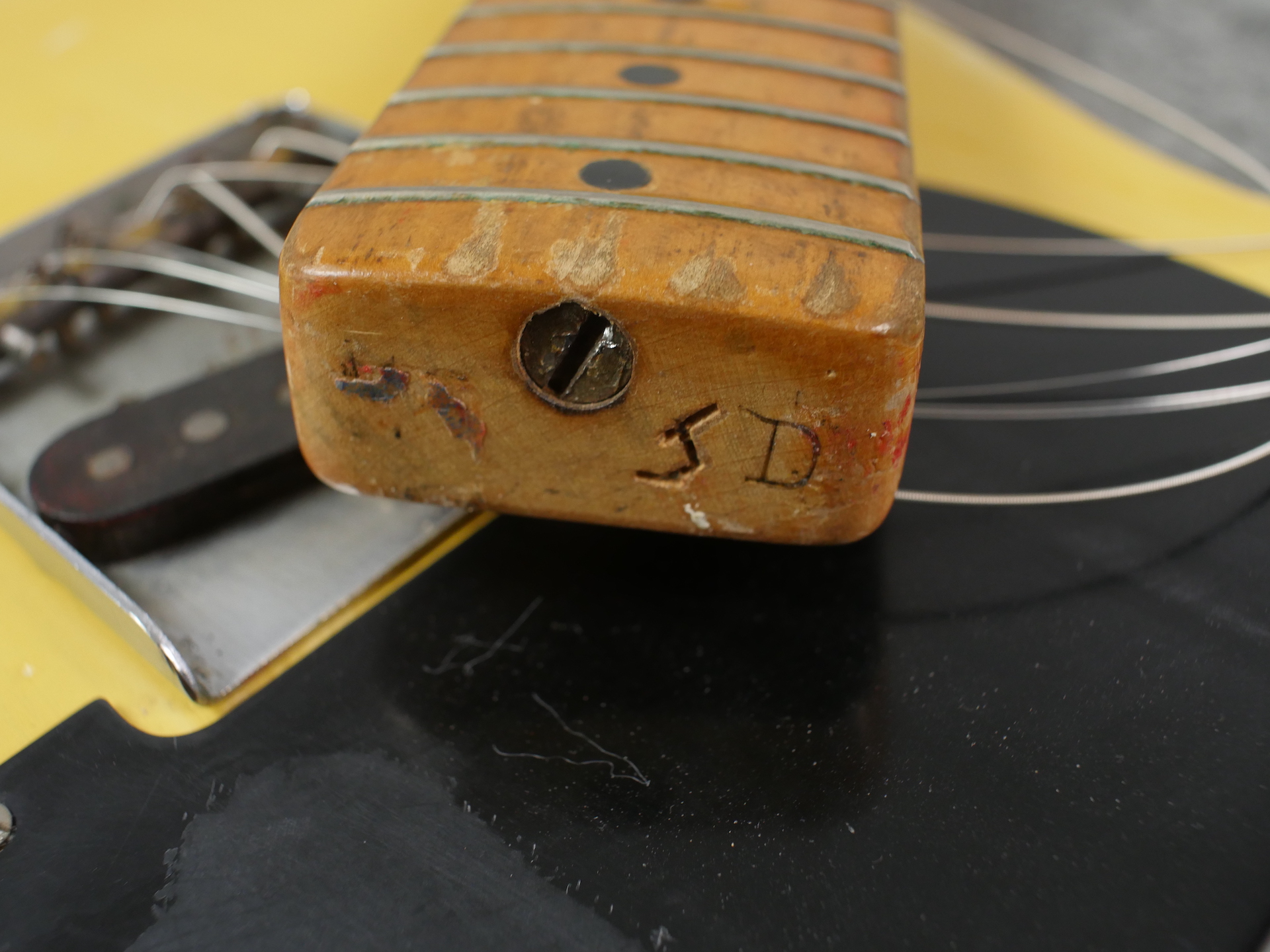 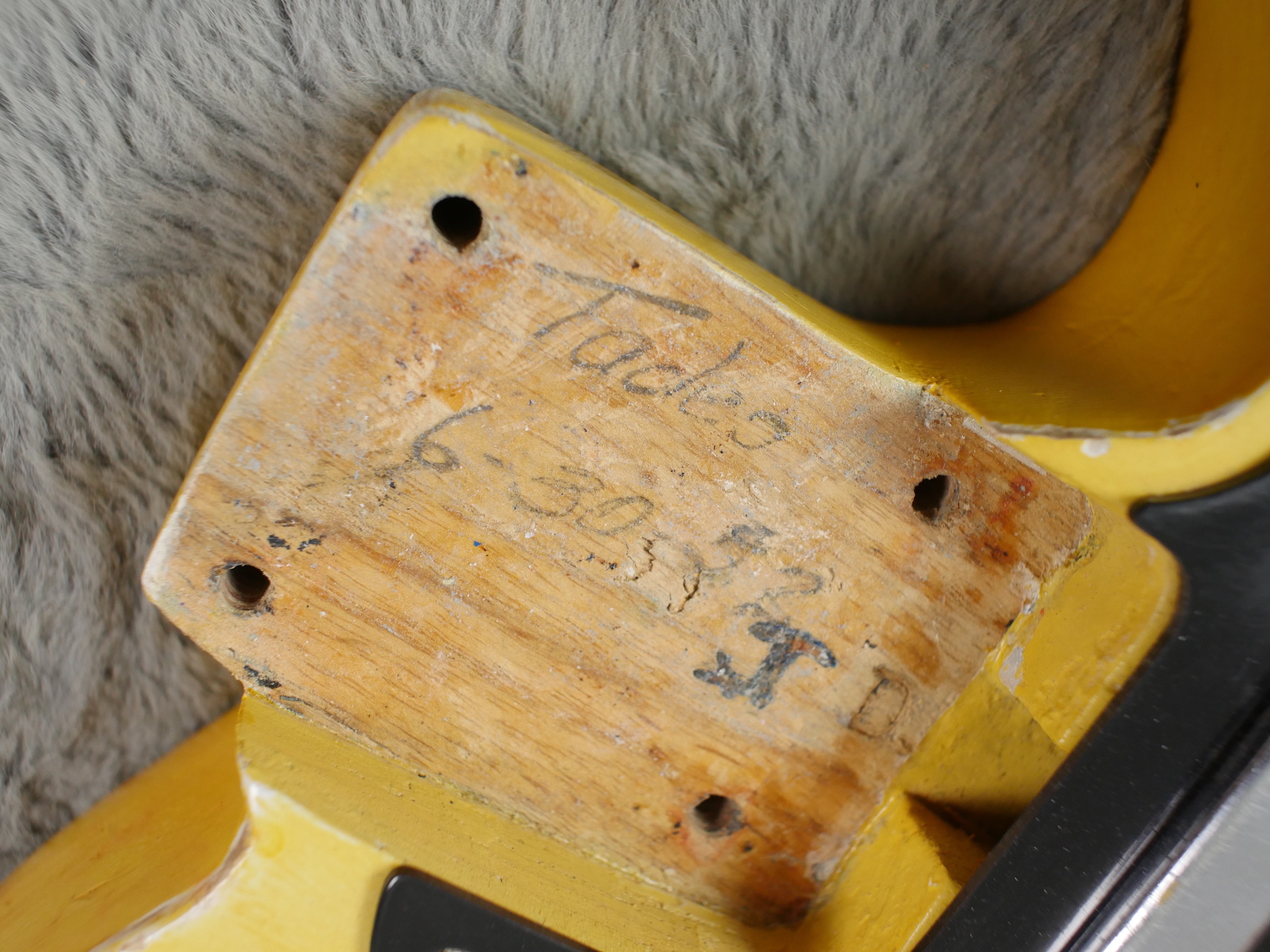 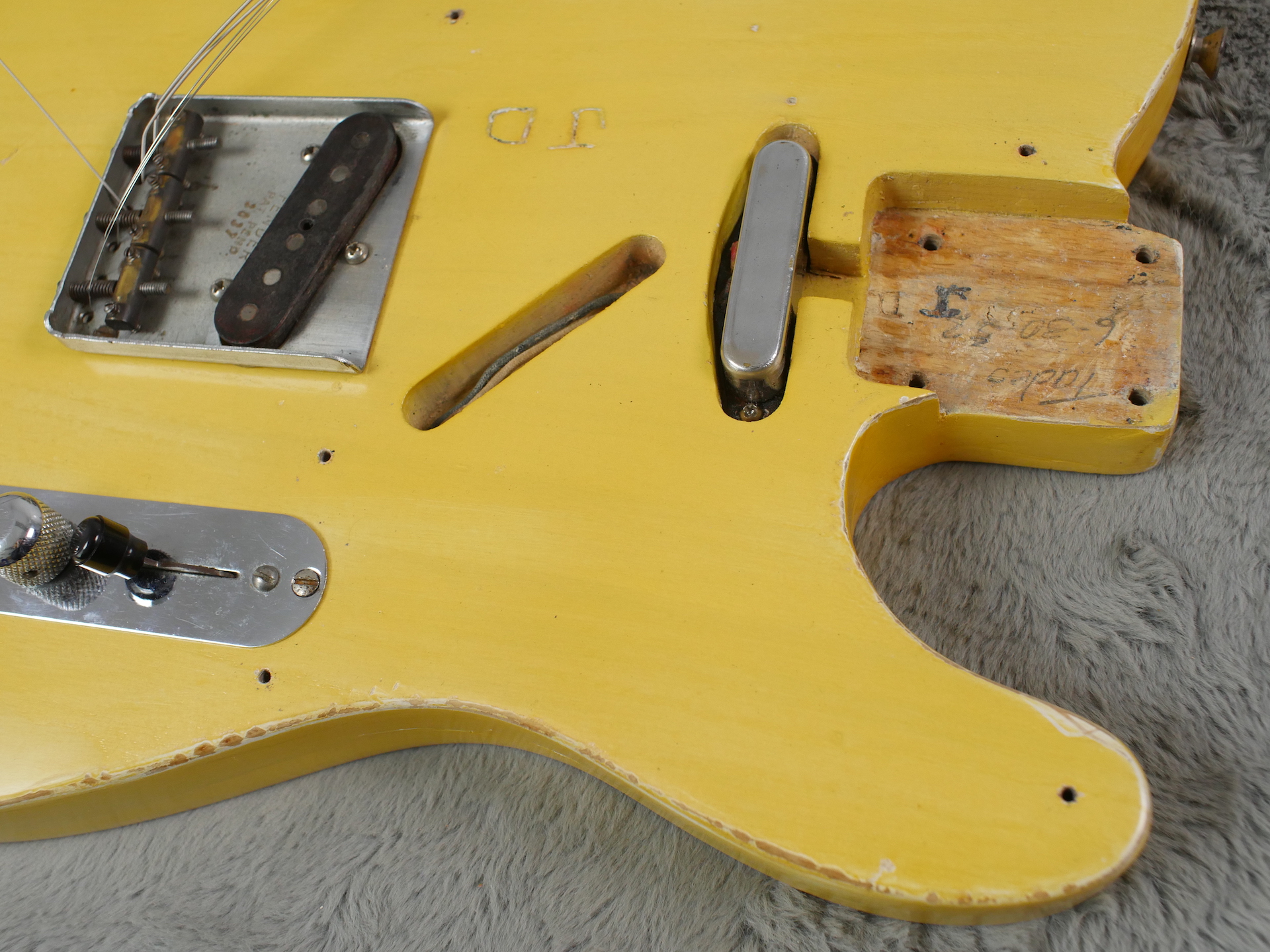 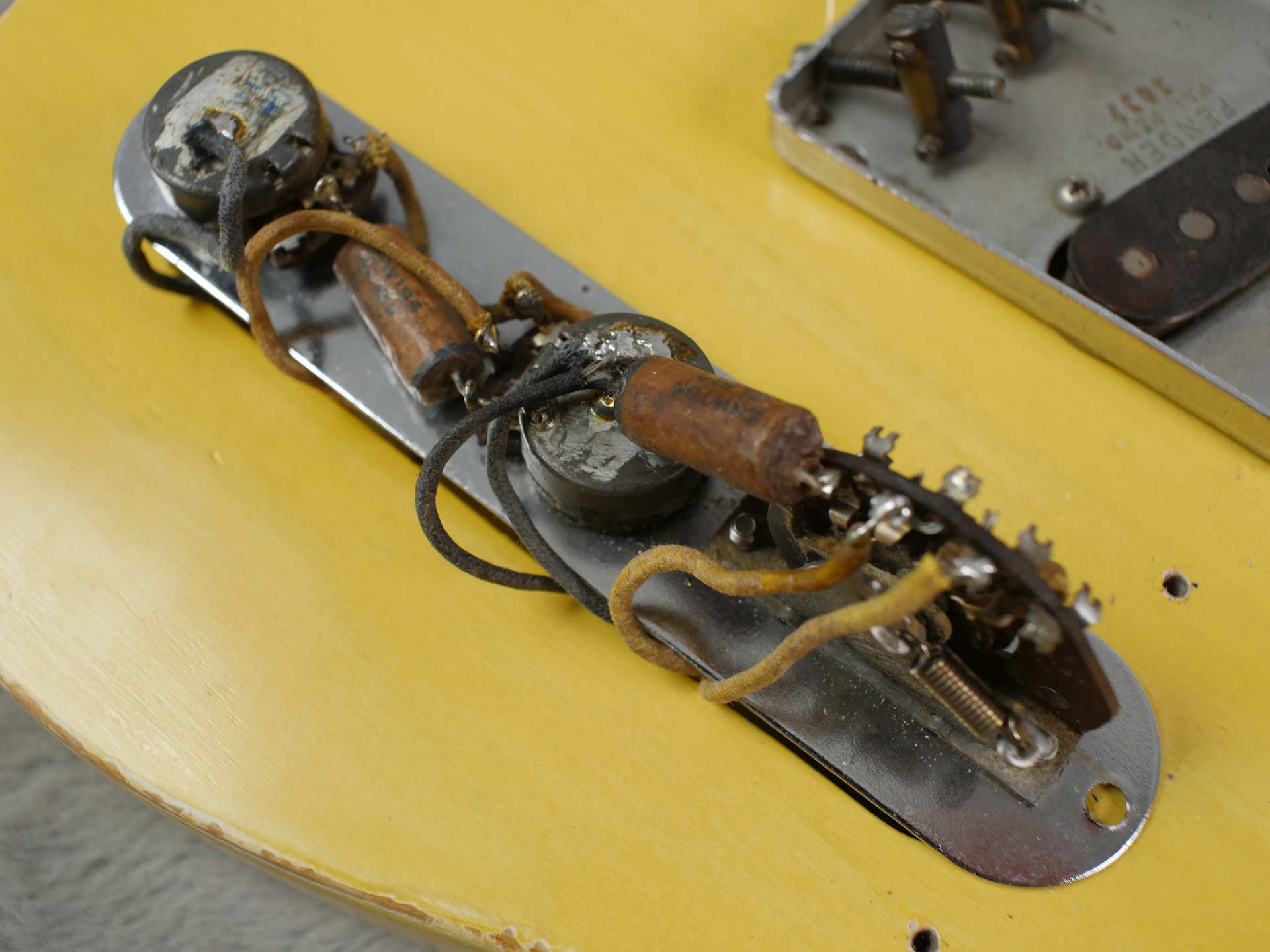 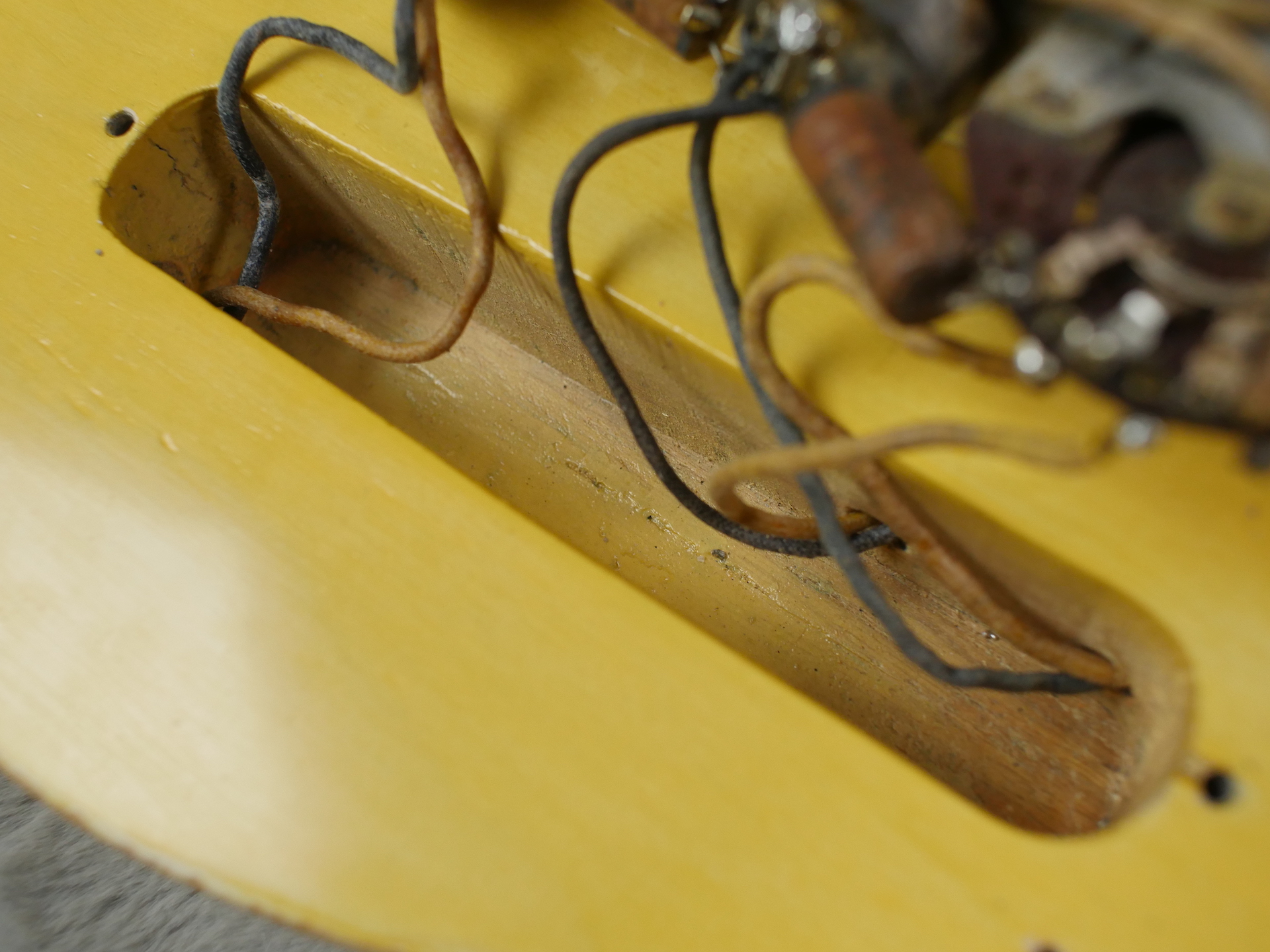