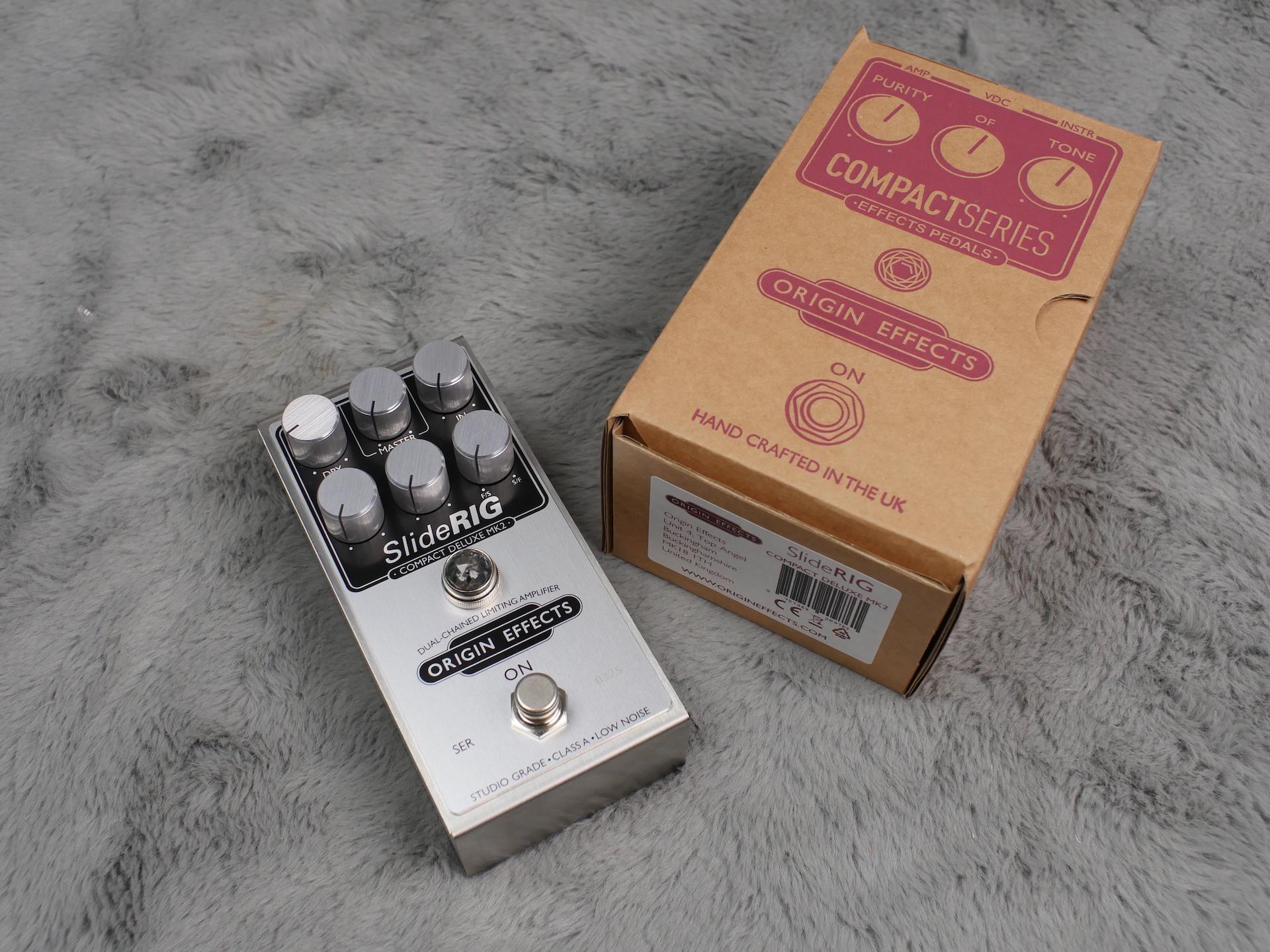 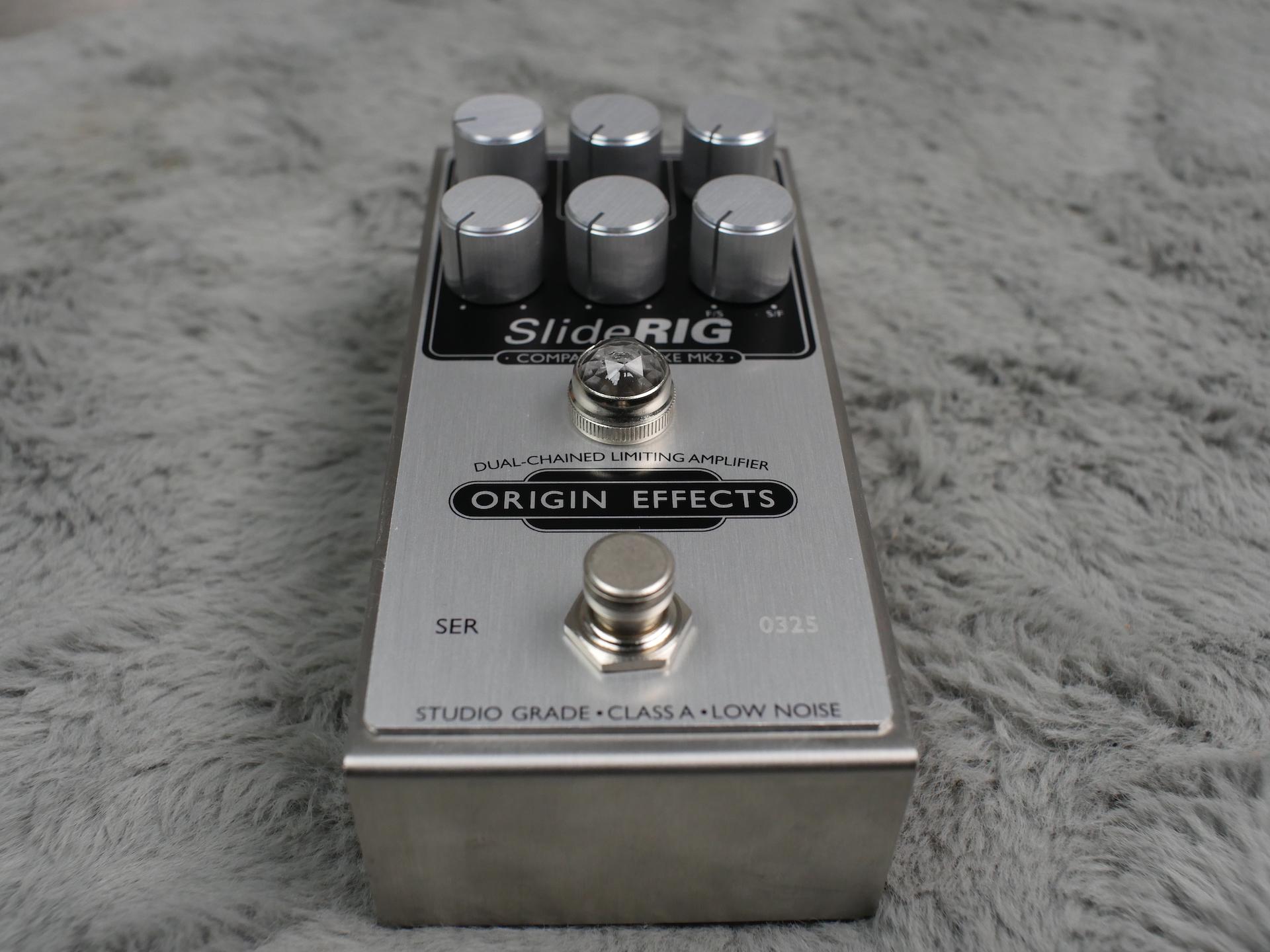 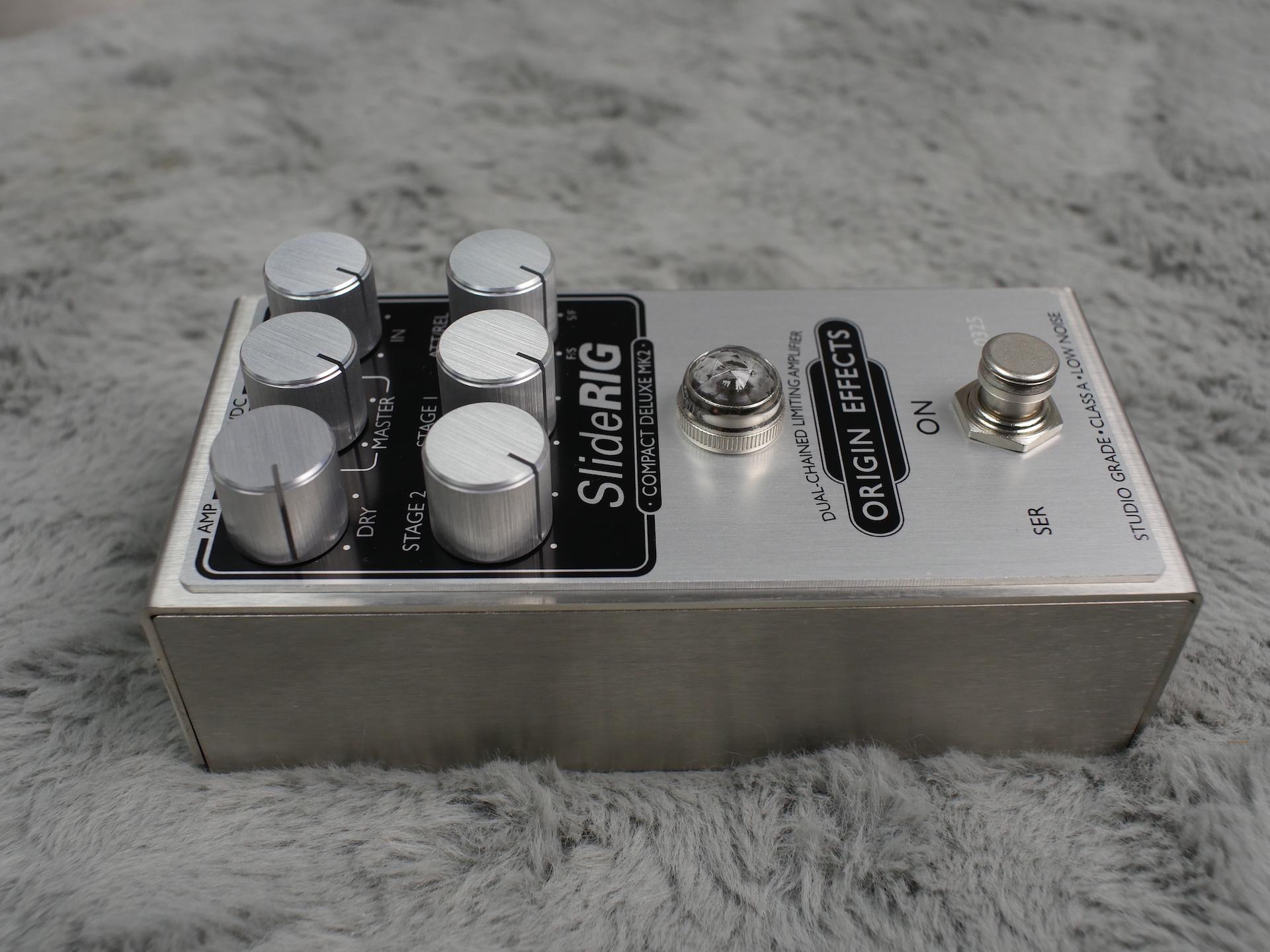 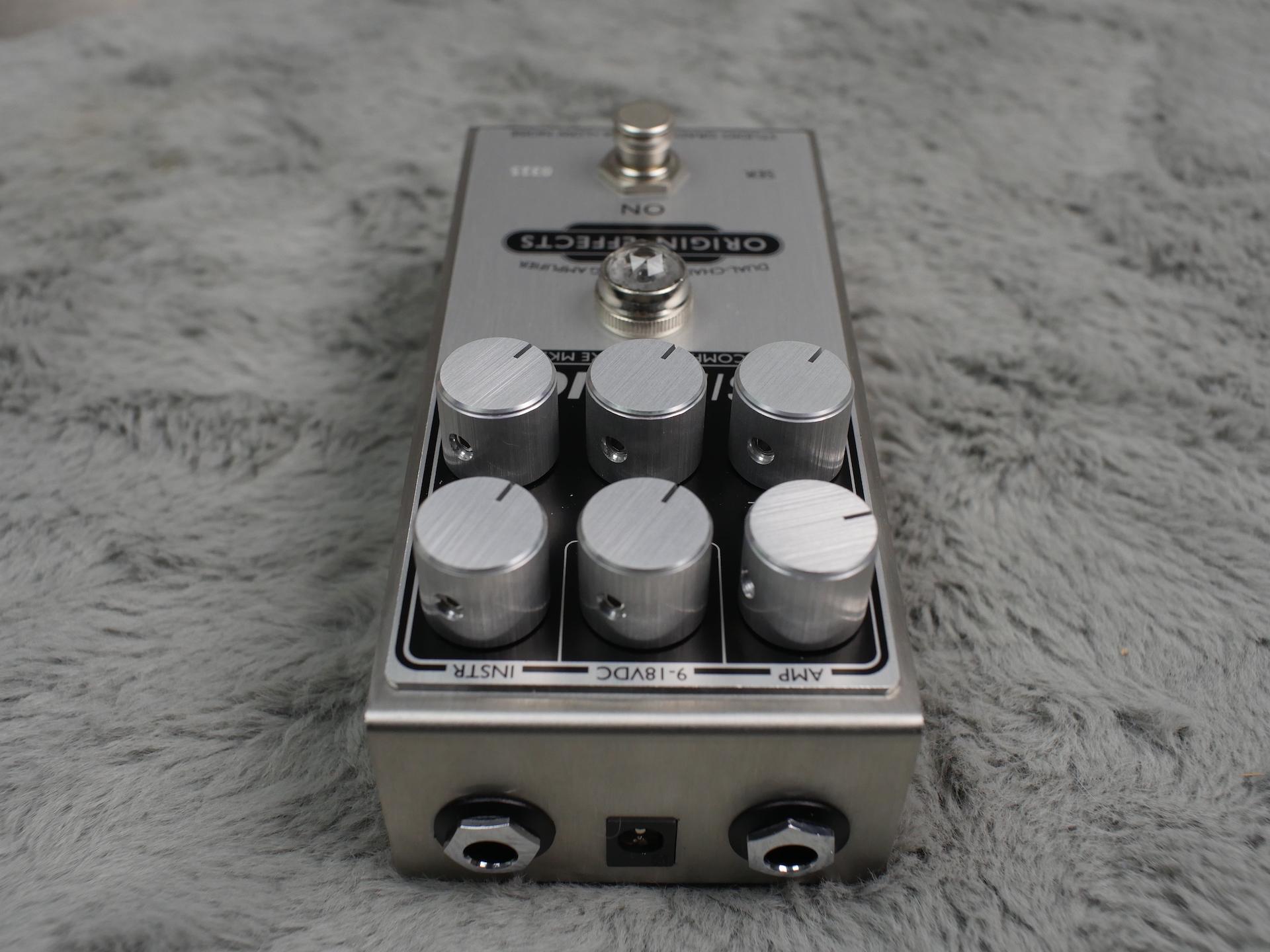 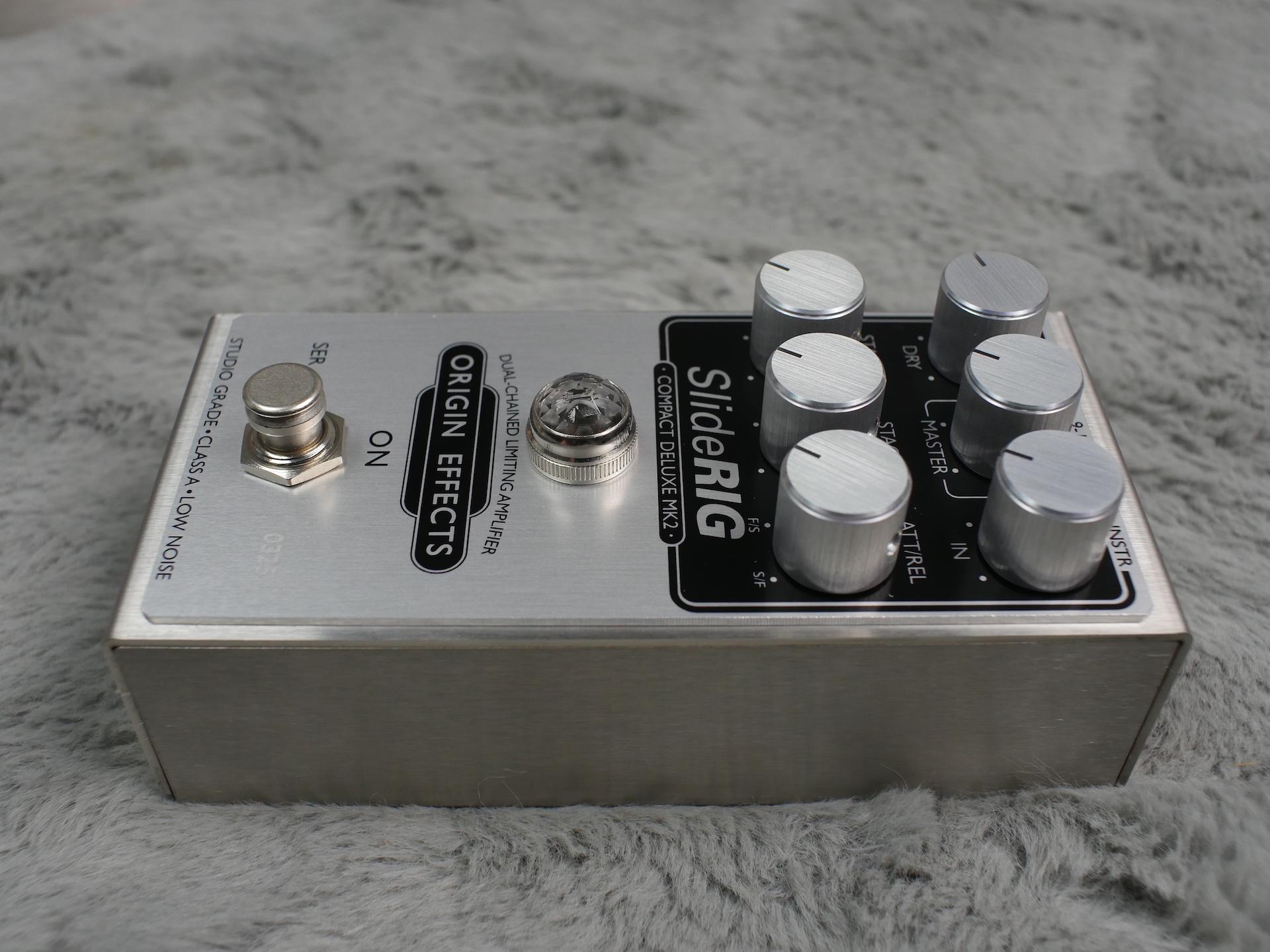 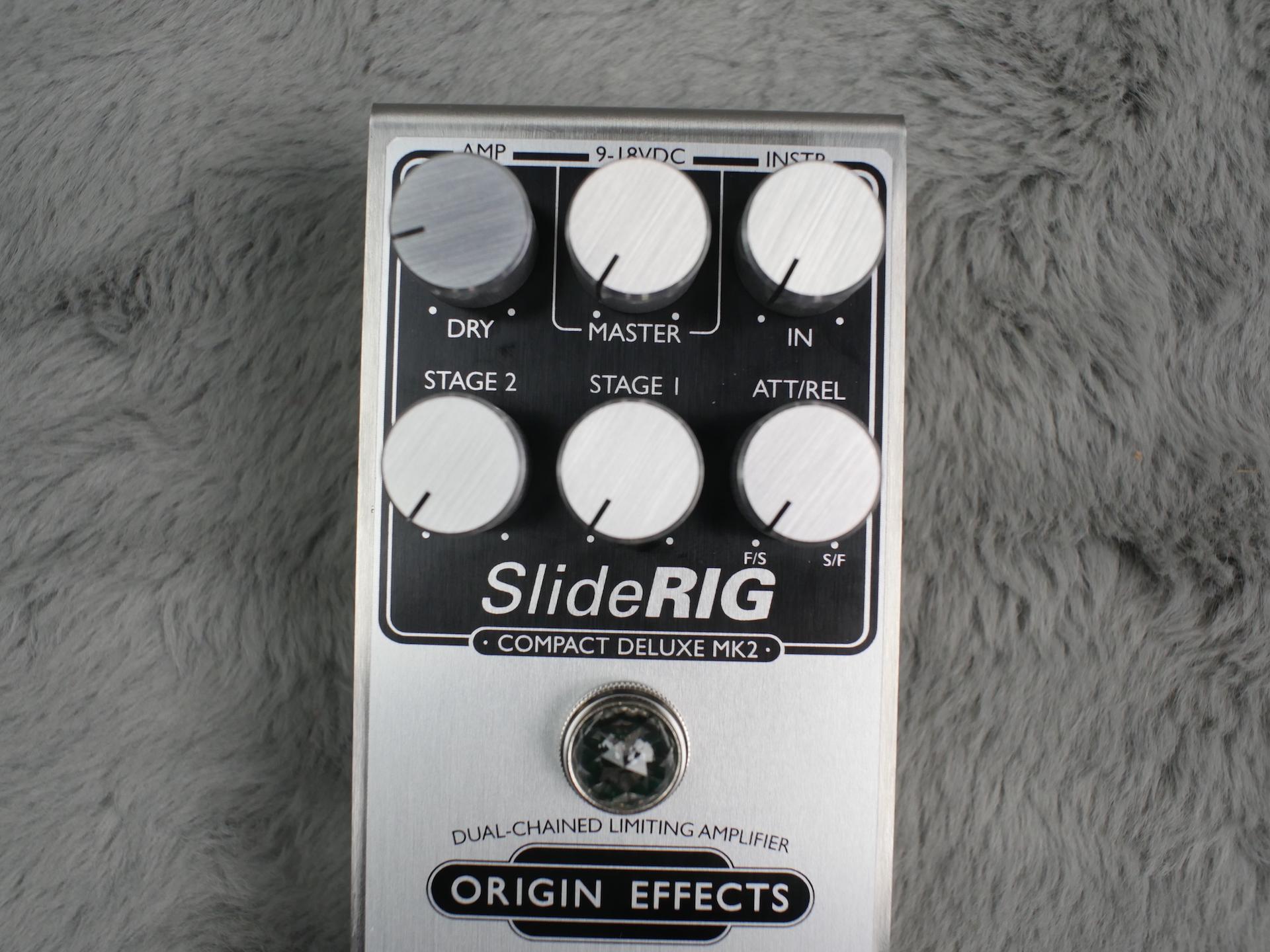 Roll over the image to zoom in
At A Glance:
Model: Dual-chained compression

Every version of the SlideRIG up until now has featured fixed attack and release characteristics. And for good reason – with this much compression on tap, there’s plenty of potential for undesirable results. But with the SlideRIG Compact Deluxe Mk2, we’ve succeeded in designing a single control that lets you explore a wide range of attack and release settings while avoiding any unpleasant distortion artefacts. This simple control gives you the freedom to shape the transient of each note, from smooth, uniform sustain to a spiky and percussive pick attack.

The original SlideRIG was inspired by the Little Feat frontman Lowell George, who created his trademark slide tones by recording through a pair of 1176 compressors chained together.

The SlideRIG Compact Deluxe Mk2 features the same high-current, discrete Class-A circuitry as before, using a pair of our studio-grade, 1176-inspired compressors chained together to deliver not only more squash and sustain than any other compressor pedal but lower noise and greater tonal transparency too.

With the Mk2, we set out to make the controls even easier to understand and operate.

The In control sets the amount of compression happening in the first and second compression stages, while the Attack/Release knob simultaneously adjusts the response of both compressors, from a fast attack and slow release at one extreme to a slow attack and fast release at the other.

Stage 1, Stage 2 and Dry let you blend the output from the two compressor stages and the dry signal, while the Master knob sets the overall output level. With these six simple controls, you don’t need to be a seasoned studio engineer to dial in awesome dual-chained compression at home, in the studio or live on stage.

Please note: the SlideRIG Compact Deluxe Mk2 is powered by a mains adaptor only (not included). We’ve dispensed with the usual 9V battery option, both to save space and to allow us to adopt a high-current approach, yielding lower noise levels and superior tone. 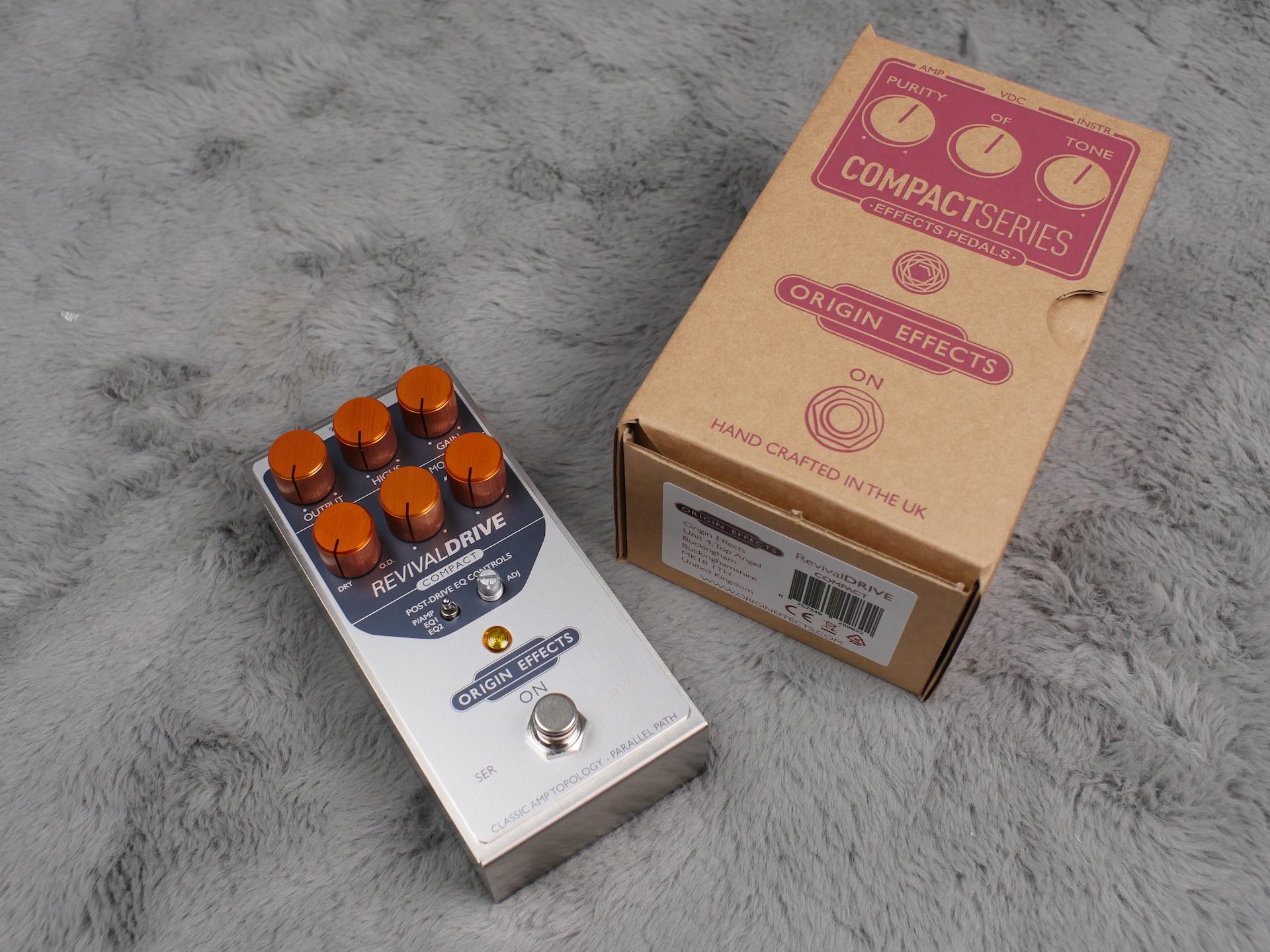 What we say….Taking the humble guitar pedal into new stratosphere’s has been Origin Effects’ raison d’être from the beginning and the RevivalDRIVE sur...
$408.49
View details
Add to wishlistADD TO YOUR BAG 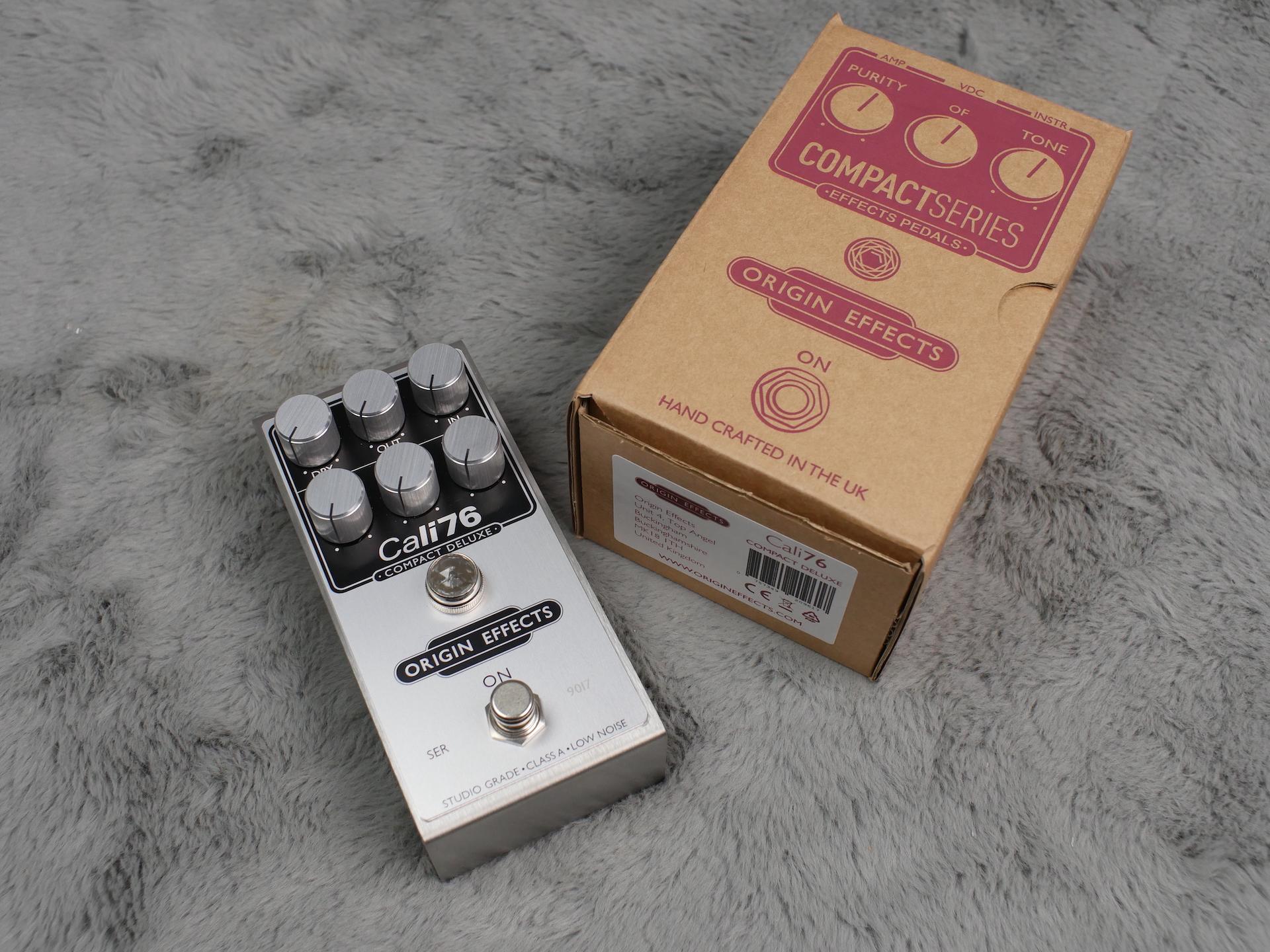 What we say…..Looking for that studio sheen and that final touch to your tone has become a reality with the Cali76 from Origin Effects. The compact, p...
$361.81
View details