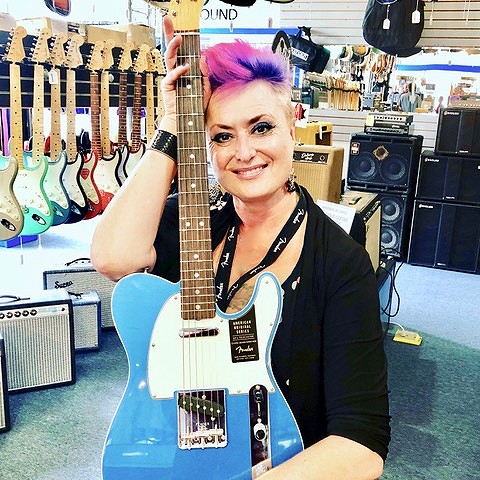 But first, allow me to introduce myself.

I am a woman in love with guitars but would be the first to admit I don’t know nearly as much as I would like. I am getting there, step by step, a journey I can’t help taking – a sort of delicious compulsion that led me to the banquet of beauty that is ATB’s feed on Instagram. Like many of you I wait each day to see what Mike and Dafydd will delight us with and in the world of rare and beautiful guitars we can all agree they are the classiest, most drool worthy purveyor of Guitar Porn on the planet. As far as I’m concerned, no one does it better, especially now that ATB showcases their wares in their new Regency showroom in Cheltenham. I love their style and esthetic as much as their friendly and inviting manner and was impressed from the beginning with all that they do. I was so enamored in fact I approached Mike to see if he would allow me the honor of writing this blog for him and to my delight and grateful heart he said yes… So, here I am, a California Girl, who works as a special agent for Fender, as one of my many hats, eager to share what’s gone on at ATB this past month and invite you to join me for a bit. I always say any journey is better with company and I’d love to have you along for the ride - tighten your guitar straps. 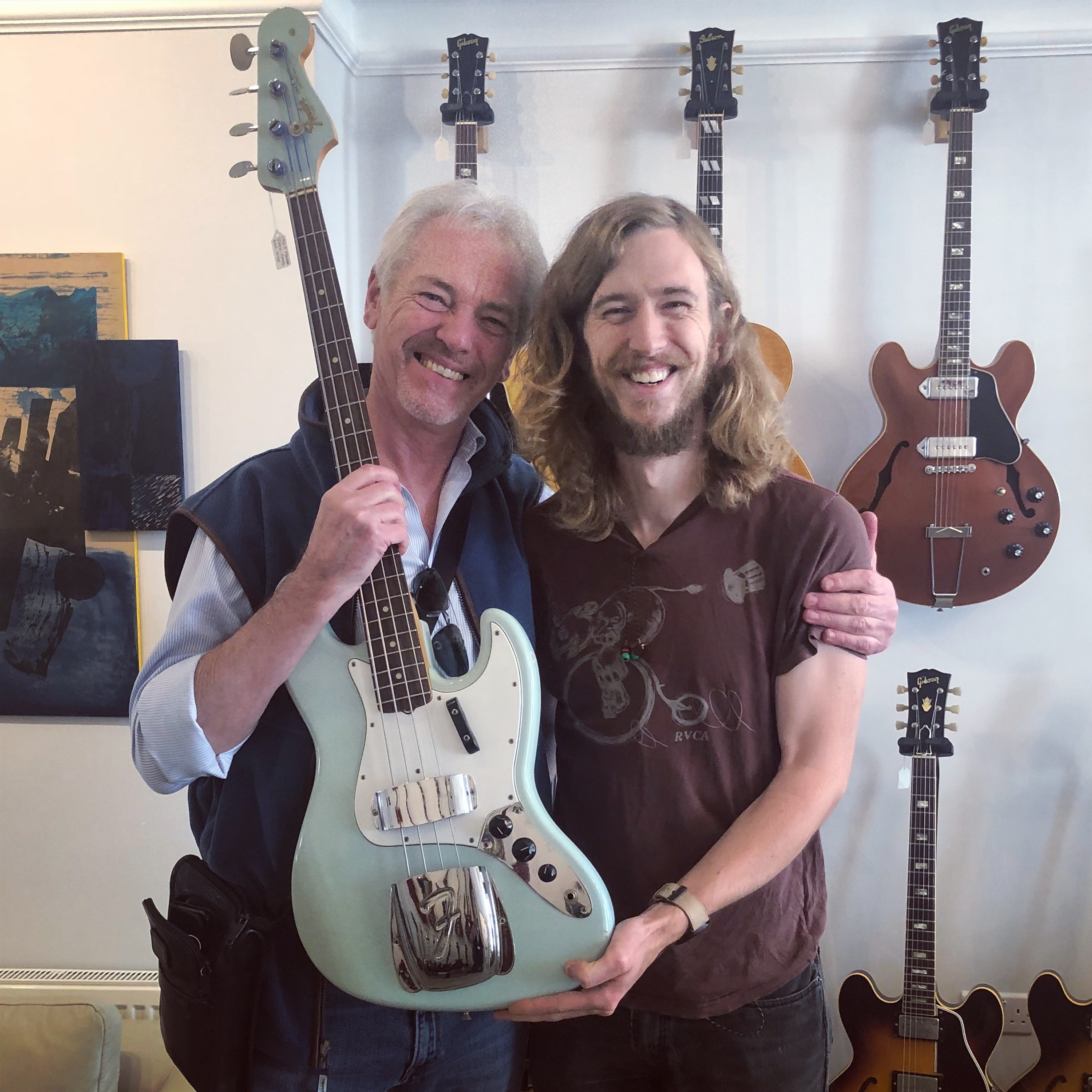 The second I saw that John Giblin had graced ATB with a visit I was thrown back in time, a time in my life that was in need of big, expansive music that told a whole story and required my full attention. One song I had on repeat for a while was ‘Rocket’s Tail’ by Kate Bush, a song full of lush vocals and a tale worthy of a Grimm Brothers story where a woman launches herself off of Waterloo Bridge as a human rocket to simply see what it feels like. Fearless to the end she does in fact light the fuse and at that moment the entire song comes alive with a separate fuse lit by John Giblin, a spark with a rich, driving and expansive bass rhythm unmatched for me in any song and since this is a platform to say it directly I want to thank you John – it’s a real gift.

John’s story is a rich and varied tapestry that has contributed to the very fabric of music at the heart of the British and International music scene since the 1970’s and to only call him a London studio musician would be a crime. John is also an accomplished Composer and Producer in addition to being one of the most versatile and accomplished Bassists alive today. Any way you serve up Bass, be it Fretted, Fretless, Acoustic, Upright, Electric, Double, well, bring in on, John’s got it covered. In addition to Kate he has played with Peter Gabriel, Simple Minds, Annie Lennox, John Lennon, Roberta Flack, Al Green and many more. He is a living treasure of rhythm and experience and it was an honor to have him stop in - trust a warm welcome will forever be had at ATB.